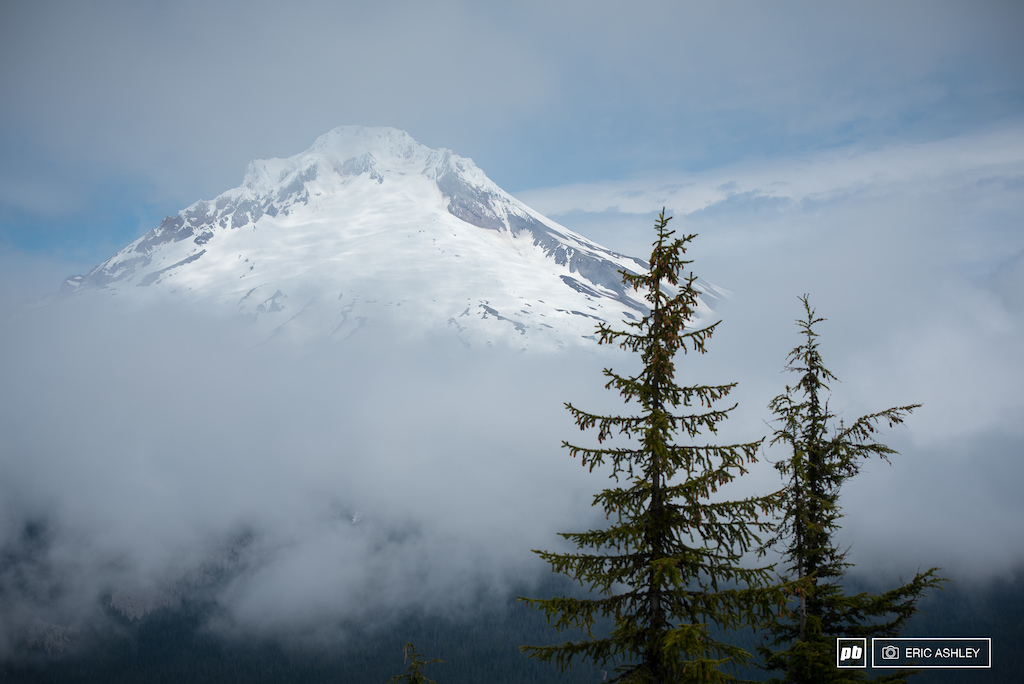 NW Cup Round Three
Mt. Hood Skibowl, OR
Words & Photography // Eric Ashley
The NW Cup generally follows a familiar pattern: wet and rainy spring openers, dusty summer laps, and tacky autumn finishes, and with the exception of the sporadic off-season rain shower, not much interrupts the cycle. Except for this year, when Mt. Hood Skibowl was still blanketed under an overly healthy layer of snow in mid-May.

For the first time in the series' history, the call was made to postpone a race. The extra week gave the mountain’s trail crew some needed time and several straight days of higher temperatures to finish shoveling out the courses.

By the time riders showed up, conditions on-course were good, even unusually smooth. Open practice on Friday was blessed with bright sunlight that was soon replaced by a shroud of clouds at the start of the next two days. Cold mists and steady winds kept things "crisp" as the alpine scenery begrudgingly moved toward summer. An afternoon wedding kept practice times short on Saturday, so racers had to make good use of their morning practice run on race day.

Seeding runs saw Dylan Brown with a healthy lead followed by Colton Wiersum and Bryce Kans for Juniors. Local rider Kerstin Holster ended ahead of Kaytlin Melvin, and Lauren Heitzman-Patterson for Pro Women. Nate Furbee put in a time of 3:28.63 for Pro Men with Matt Orlando and Evan Geankopolis coming next.


Mt. Hood barely put in an appearance until the clouds started their slow retreat when the Cat 3 groms dropped in on a shortened course of just Gnar-Gnar. The rest of the Cat 3 field battled the long fire road down the mountain and ended on the Fire Hydrant Trail. Cat 2 racers took Fireball to Cannonball for a fast but relatively smooth descent to the rock garden on Fire Hydrant, before ending with the Wood Trail. Cat 1 and Pros followed the classic Skibowl run full of sharp rocks, bomber descents, burly rock gardens, and a rooty finish.


Dylan Brown put together another solid run to maintain the lead and take his first Juniors Win. Following him was Joshua Fultz-Veirhotke whose up-and-down weekend came together for his race run. Steps three through five were filled by Declan Ervin, Chris Wharton, and Bryce Kans. Kerstin Holster shaved some time off her run, but it wasn't enough to beat out Kaytlin Melvin who surged ahead to first. Lauren Patterson held third to round out the Pro Women's Podium.

At home on a fast and rough course "suited to his riding style", Nate Furbee not only defended the top spot but laid down a new course record of 3:23.59, almost four seconds ahead of Carson Eiswald. Trevor Lewis rallied to claim spot number three ahead of Kasper Dean and Nikolas Clarke. Matt Orlando looked primed for a podium finish, but a front flat took him out of the contending near the end of his run.

The NW Cup heads to an all-new venue at Tamarack Bike Park in two weekends (June 16–18 ). Come check out new courses and the most southerly stop of the series. 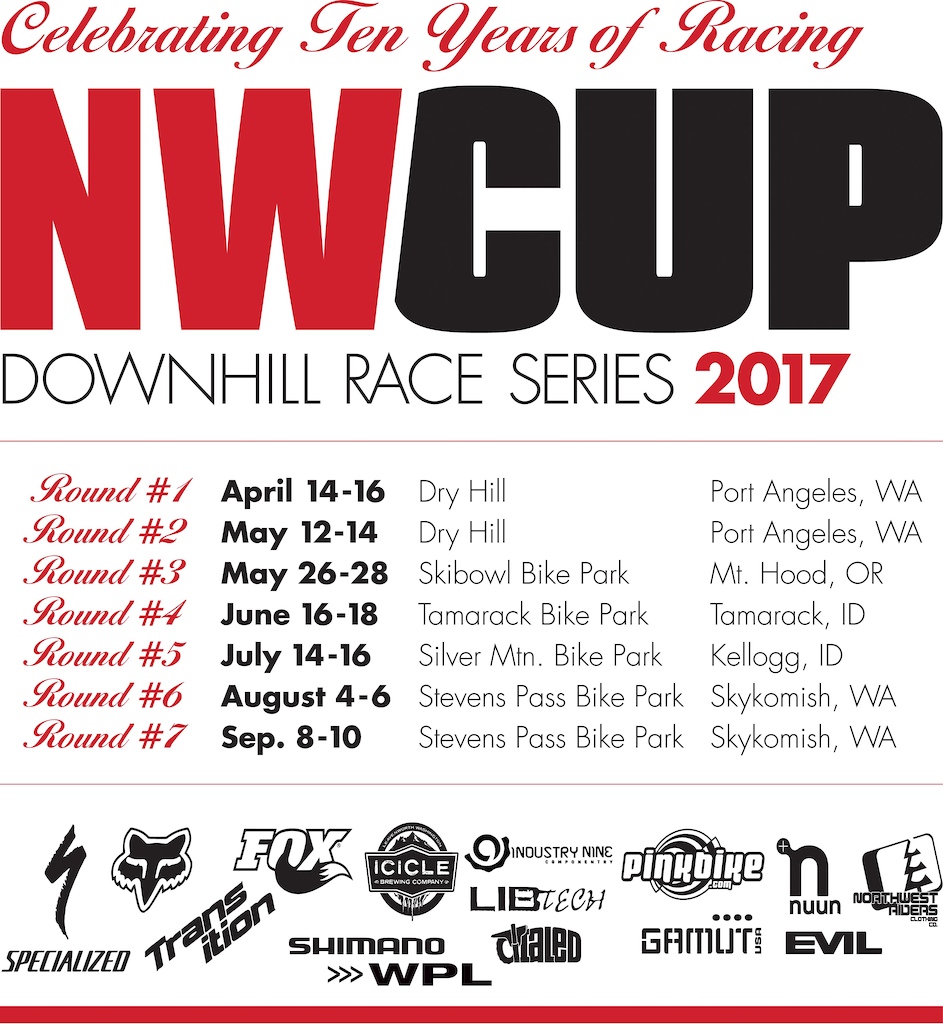 delzerphat (Jun 6, 2017 at 7:47)
Thank you Eric Ashley for coming to all the rounds and doing these write Ups! We all enjoy them and look forward to them after the weekend. Always the best photo coverage!

dylandoe (Jun 5, 2017 at 12:49)
Good to see you still on the hunt Chris! Canfields still rock, despite the poor photo coverage in this article. Shout out from the Oakland Republic!

ericashley (Jun 5, 2017 at 12:45)
Hey all, apologies that the results are currently linked to the Round Two results for the time being.

LEWIS103 (Jun 5, 2017 at 14:30)
Great event, thanks everyone at Mt. Hood for getting those trails cleared out. Conditions ended up being perfect.