On the Rise: Reed Boggs - Interview

Join Pinkbike  Login
This weekend sees the season’s final showdown of slopestyle excellence go down at Red Bull District Ride. The 950-year-old city will be the setting for the crowning of the 2017 FMB World Champion. Two of 20 world-class athletes dropping into the course in the historic town center of Nuremberg, Germany, are still in contention to take the trophy home on September 2: Nicholi Rogatkin (USA) and Emil Johansson (SWE). Johansson will be dropping in with a 604-point cushion, but cannot let complacency take a hold of him; Nicholi is keen to defend his title. You can watch all the FMB Diamond Series action from Red Bull District Ride live on Red Bull TV, on fmbworldtour.com and right here on Pinkbike from 3.00pm CEST / 9:00am EDT / 6:00am PDT on Saturday, September 2. 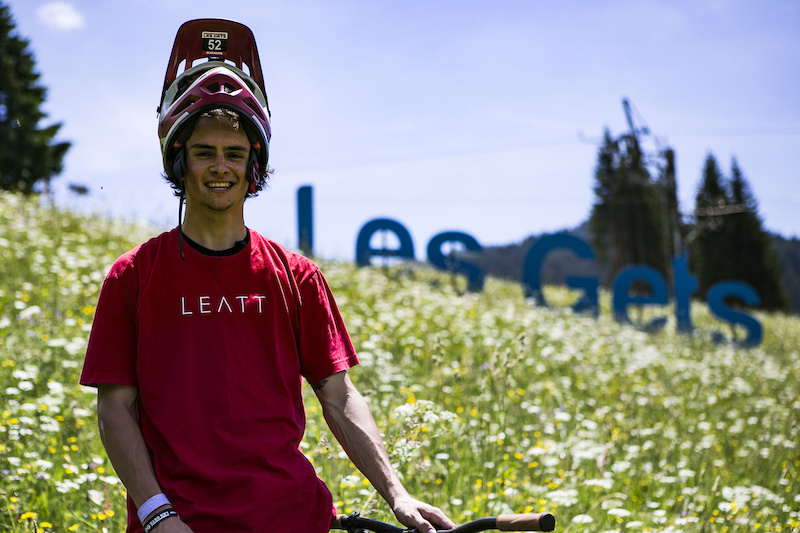 Even though all eyes are on the biggest showdown of the season, there are other storylines, which have a similarly fascinating fairy tale appeal as Emil Johansson’s uprising. A number of athletes have made their mark in the past months and managed to progress so well that they made it to Red Bull District Ride. One of them is Reed Boggs from the USA, a riding buddy of Nicholi’s, who made his first ever Diamond Series appearance in Rotorua this year. He has proven that he is capable of competing at the highest possible level slopestyle has to offer. So well in fact, that he qualified for Red Bull District Ride directly, due to the great performances he has shown in the past months. This young man is on the rise and you should keep an eye on him. We had the chance to speak to the young American before he heads into the final FMB Diamond Series Event of the season.


Hi Reed! It’s been a pretty awesome season for you this year. After competing at your first FMB Diamond Event in Rotorua, you have managed to be part of every single event this year. You have taken every chance you received and earned good results proving you are on the rise. How would you describe the development you have gone through mentally and physically to reach the level you are riding at now?

Yeah, it's been a crazy year! My main goal for this year was to be able to ride at all of the biggest slopestyle events and stay consistent. It's been so much fun to ride all the best courses on the tour. Mentally and physically it's hard! To show up at the biggest events and send the biggest tricks you have is nerve-wracking. Much respect goes to all the top competitors who have to go through this at every contest. I'm grateful to be a part of the FMB Diamond Series this year and know what I have to do come next season if I want to be one of the top contenders. 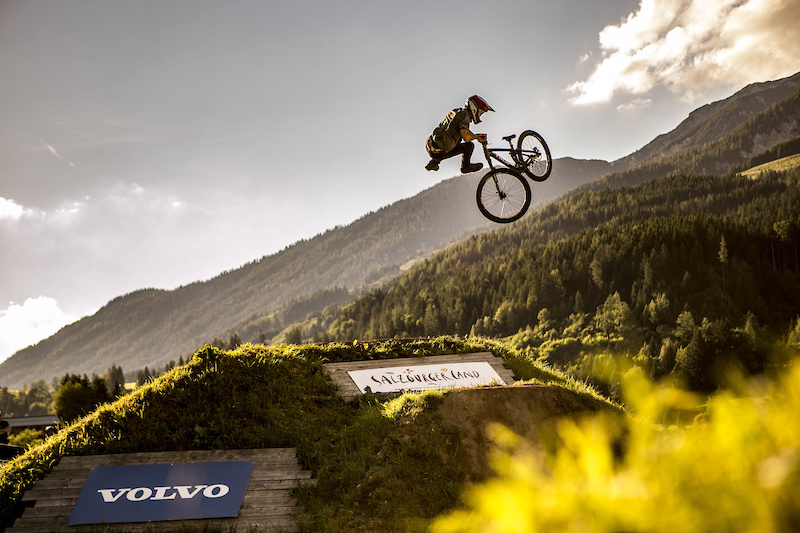 Was there a key moment, where you felt you had made a big step forward since riding Gold Events last year?

Definitely. Crankworx Innsbruck was a big step for me, I believe. I gave it my all there and had a run I was happy with. From there on, I had a lot of confidence in my riding and was hungry for more.


Thanks to your progression you qualified directly for the FMB Diamond Series Final at Red Bull District Ride. What are you looking forward to most?

I'm really looking forward to Red Bull District Ride! I grew up riding skate parks, and this contest is a mix between technical park riding and slopestyle features. I'm looking forward to putting a run together that's fun for me. That's what it's all about, doing a run you’re stoked to do and having the most fun riding down to the finish corral! 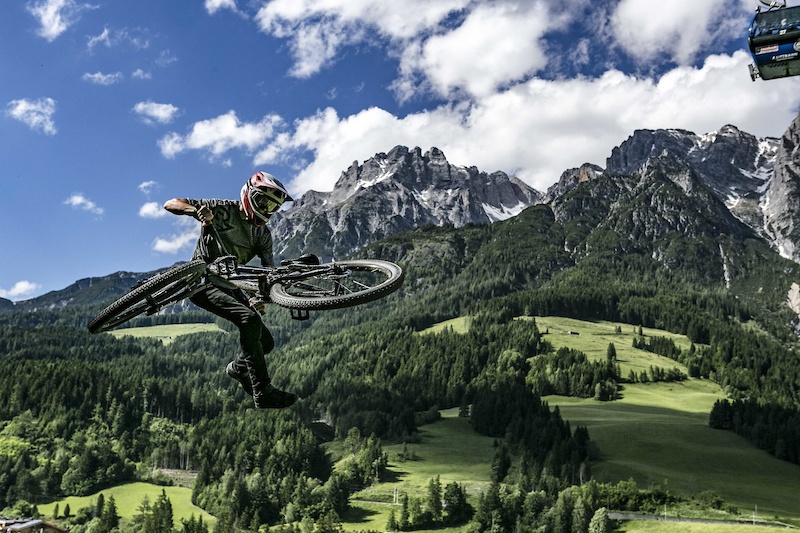 You have seen the 3D Animation of the course. How would you describe the course?

I think it looks so fun to ride. It's a course that you can session on and not be scared to drop in every time. It looks like it has some technical small features to jib around on, but still has those big drops and trick jumps to portray your biggest tricks. I think anyone can win—there's something for everyone.


Which District are you looking forward to most and which district will suit your riding style best?

I'm excited for the street section in the middle. There are so many options for different tricks, it's something you can get creative on I think.


The course is 700 meters long and therefore longer than most courses on the tour. Do you think stamina will play a major role for you and the other athletes?

Time will tell! I think we'll be okay though. Most of us are in fairly good shape, so it shouldn't be a huge issue.


Tens of thousands of spectators will be lining the streets to see you guys send it. Will this have an effect on how you prepare and your concentration during the event?

It will definitely not hurt, if anything it's going to help boost the level of riding. I love seeing people excited to watch us ride. Pumps me up! 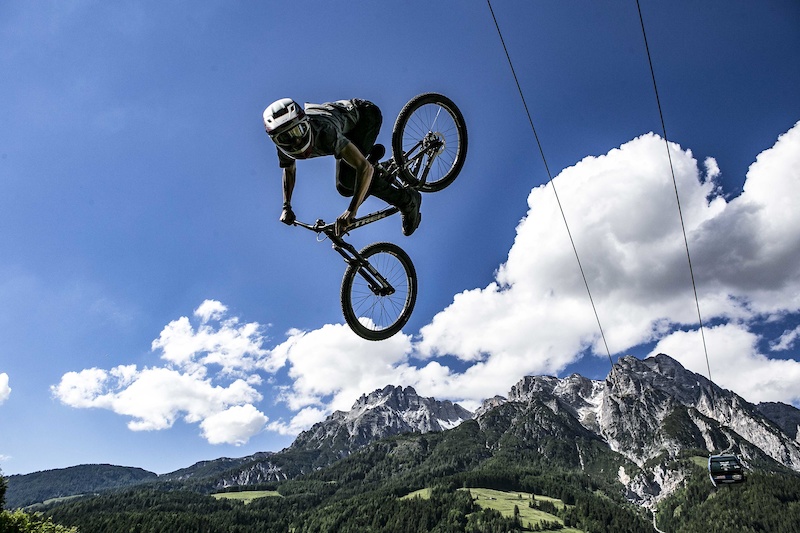 The battle for the FMB World Champion Title is between Emil Johansson and Nicholi Rogatkin. Who do you think will be lifting up that trophy at the end of the day?

That's a hard one. Emil and Nicholi are both insane riders. They both have their strengths and weaknesses. Emil has been working so hard this year to be on top and it's been showing, but Nicholi has this sport almost perfected and knows exactly what he has to do when it comes down to it. I'd be stoked if Nicholi could win the world title for a second time. Like I said with a course like this—it's anyone's game! It will come down to whose lucky day it is I think.


If you imagine an outcome for you personally, what result would you be stoked about?

I would be really happy with a top five finish. Climbing up the rankings at every event has been my goal this year for the Diamond Series and I'm on track for it! Hopefully my run will stand against all the other great riders.


Thanks for taking the time Reed and all the best for the contest!

Keep your eyes peeled for further information about live webcasts and calendar updates on www.fmbworldtour.com or stay informed and sign up for the FMB World Tour Newsletter.

And don't forget that all the action from the FMB Diamond Series is broadcasted live on www.redbull.tv. Get the latest on everything bike-related at the Red Bull Bike Channel: redbull.tv/bike

Red Bull TV is distributed digitally at www.redbull.tv and as an app across mobile phones, tablets, consoles, OTT devices and Smart TVs.

jaycubzz (Aug 31, 2017 at 18:57)
@cdmbmw: Yes Reed! You are the man, and you're progressing very quickly! It's so exciting to see and I can't wait to see what you do at the Red Bull District RideTM
Post a Comment