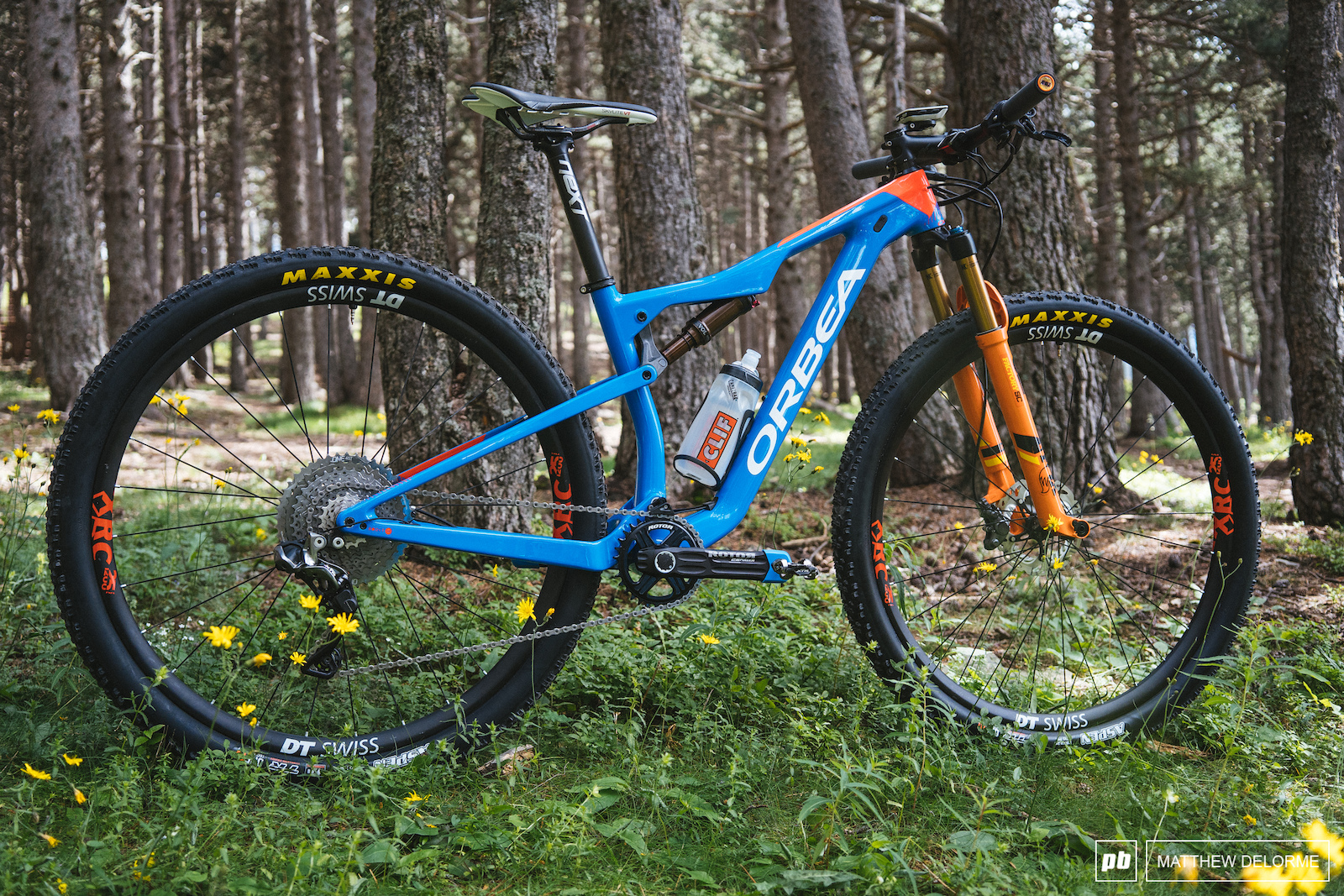 With the 150mm-travel Rallon that debuted this time last year, and now the new, 100mm-travel Oiz that's featured here, it's probably fair to say that Orbea is on a bit of a tear lately when it comes to great looking bikes. The completely re-worked Oiz is the Spanish brand's new cross-country weapon that's being raced at the Vallnord World Cup this weekend, but it'll also be available in a 120mm-travel, slightly slacker configuration for those who prefer the sporty side of trail bikes.

The two different bikes will be built around the same frame, with the cross-country rig getting a 100mm Fox 32 Step-Cast fork and an appropriate build, while the trail-ified Oiz sees a 120mm 34 Step-Cast, a slightly longer stroke shock, beefier rubber, a dropper post, and other bits that make sense. 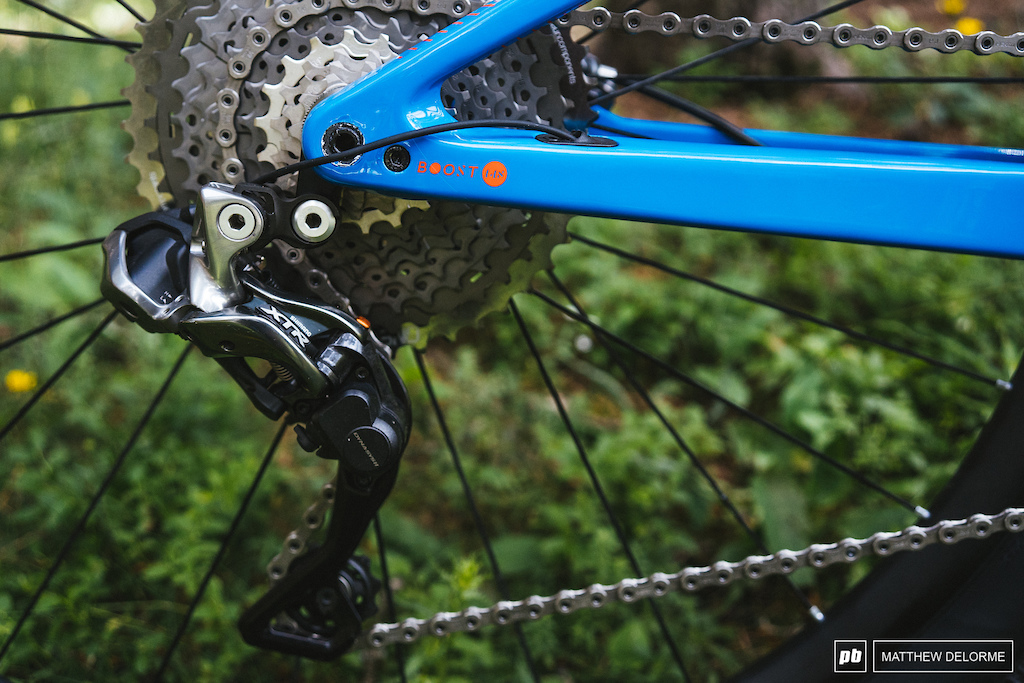 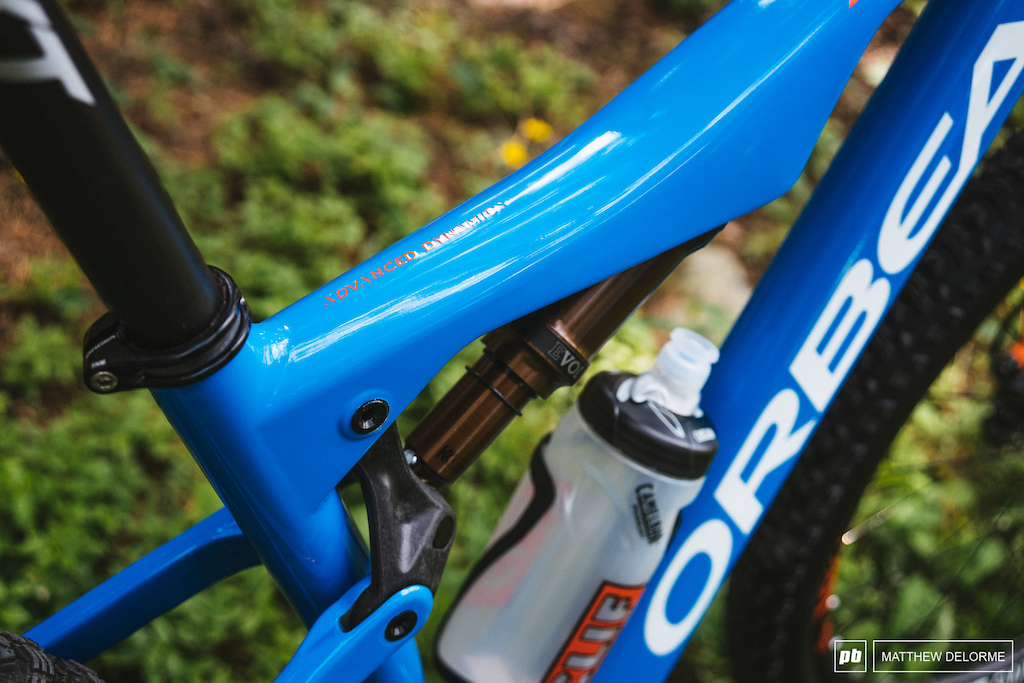 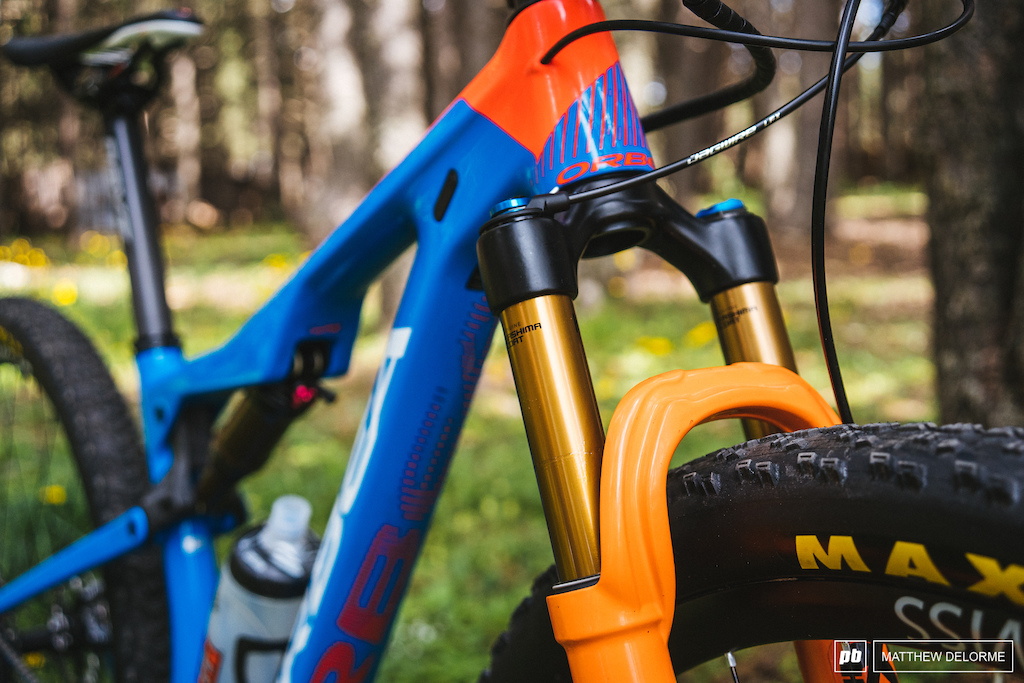 The two versions will be sporting different geometry, too, with the race bike running a 69-degree steering angle and 75-degree seat angle, while the trailbike is 1-degree slacker all around. There are 29'' wheels for the small, medium, large, and extra-large sizes, but pint-sized riders who feel better on 27.5'' hoops can get them in the small-sized Oiz, but only the small. 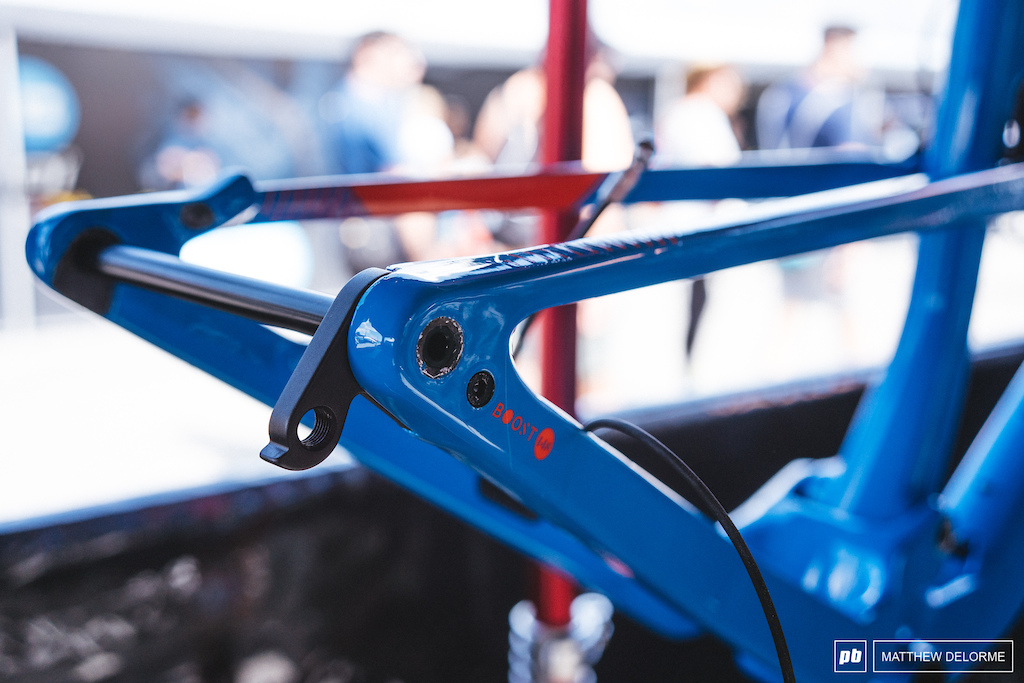 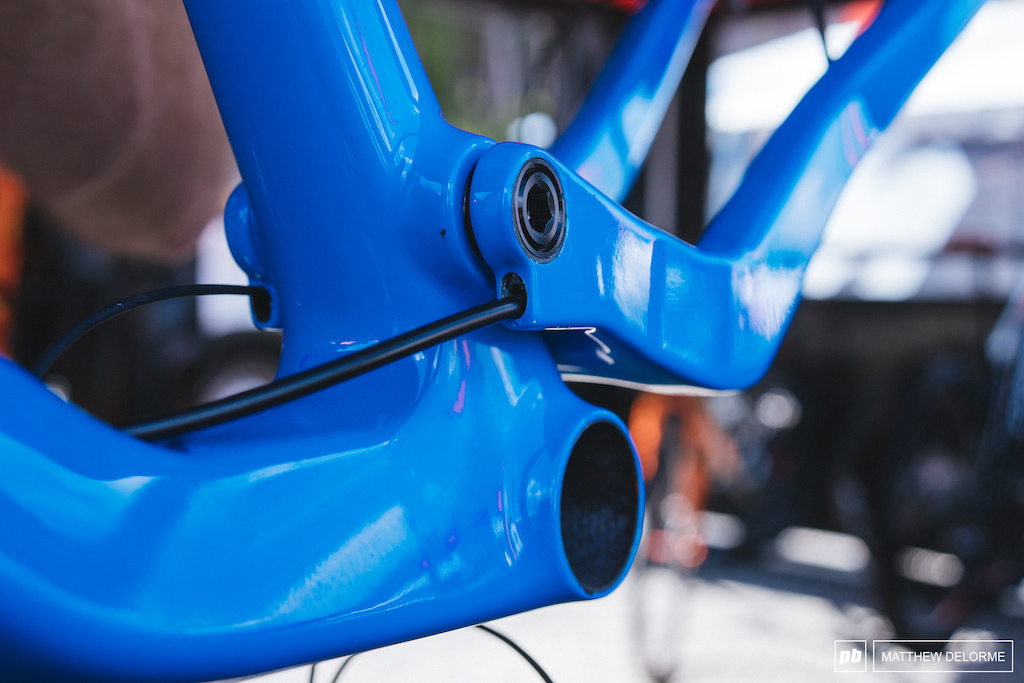 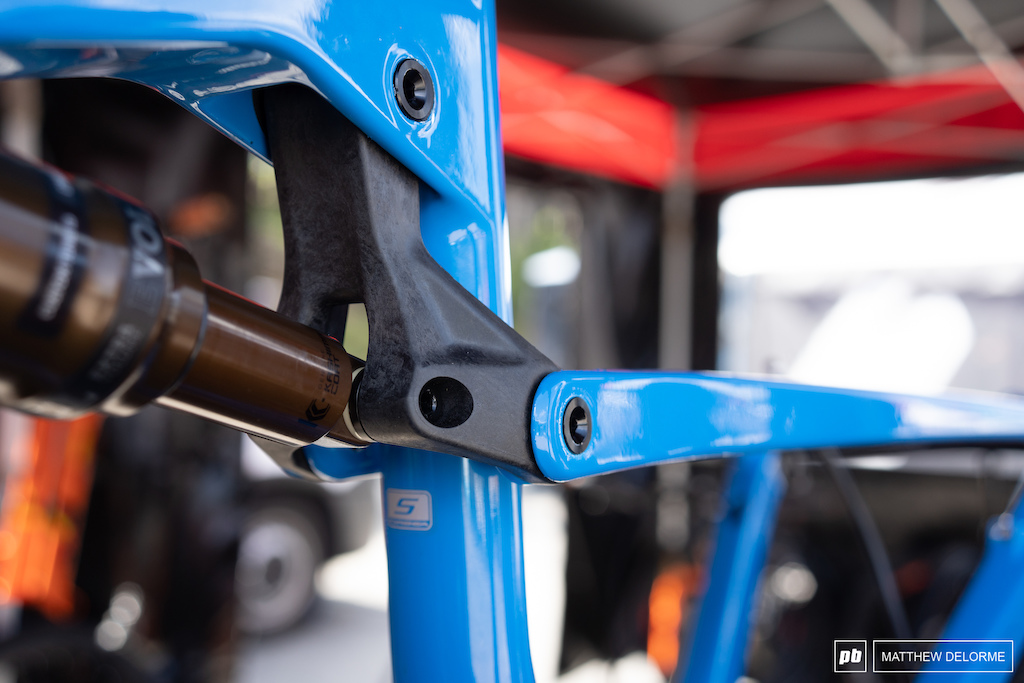 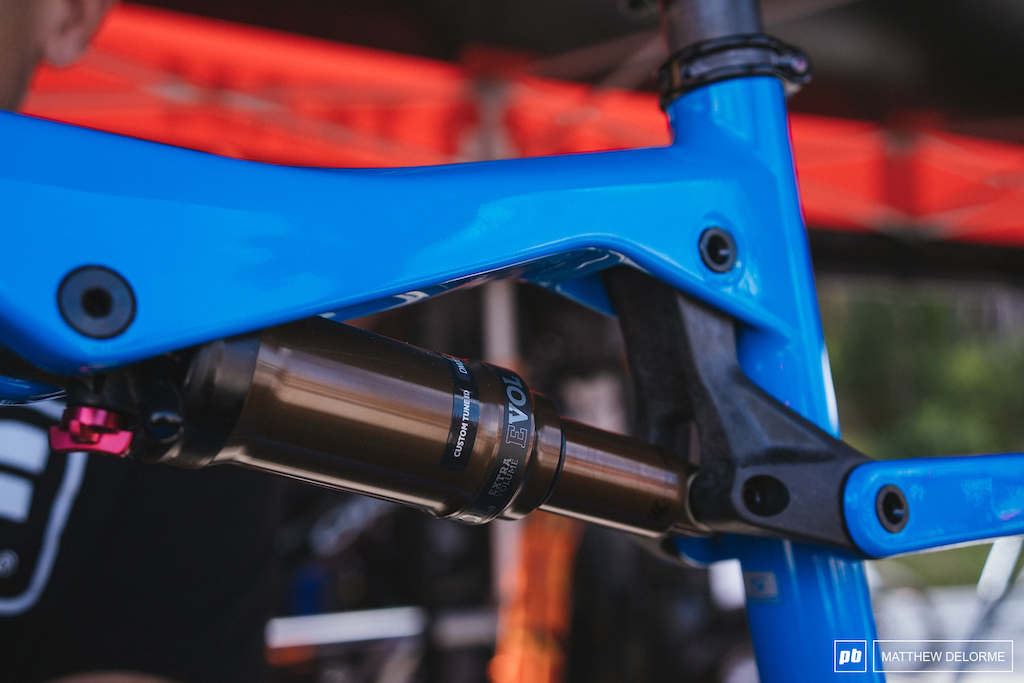 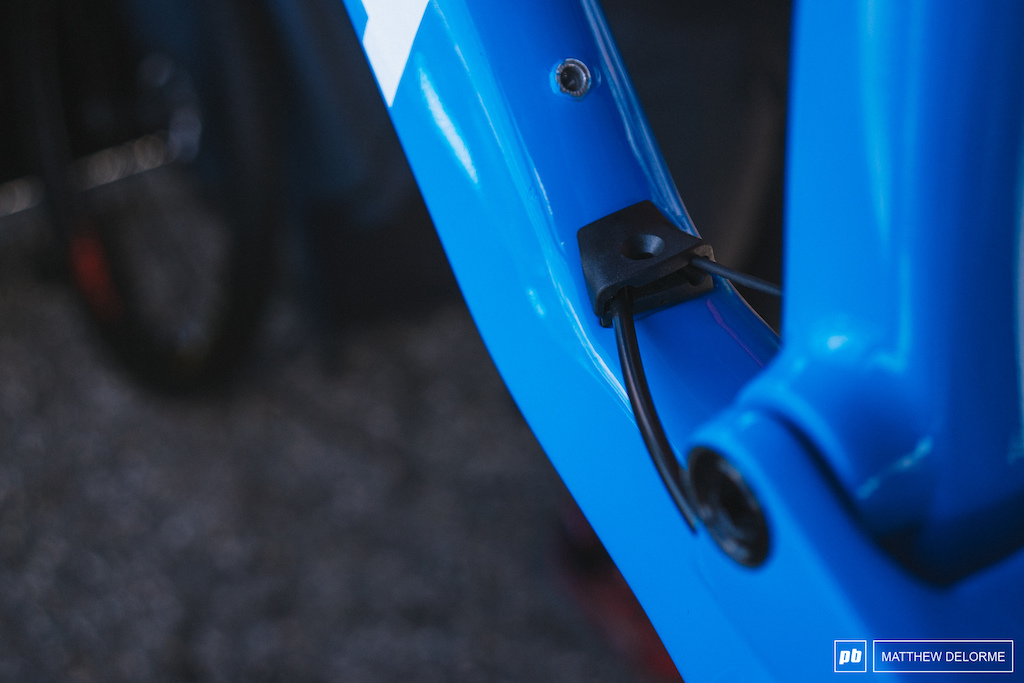 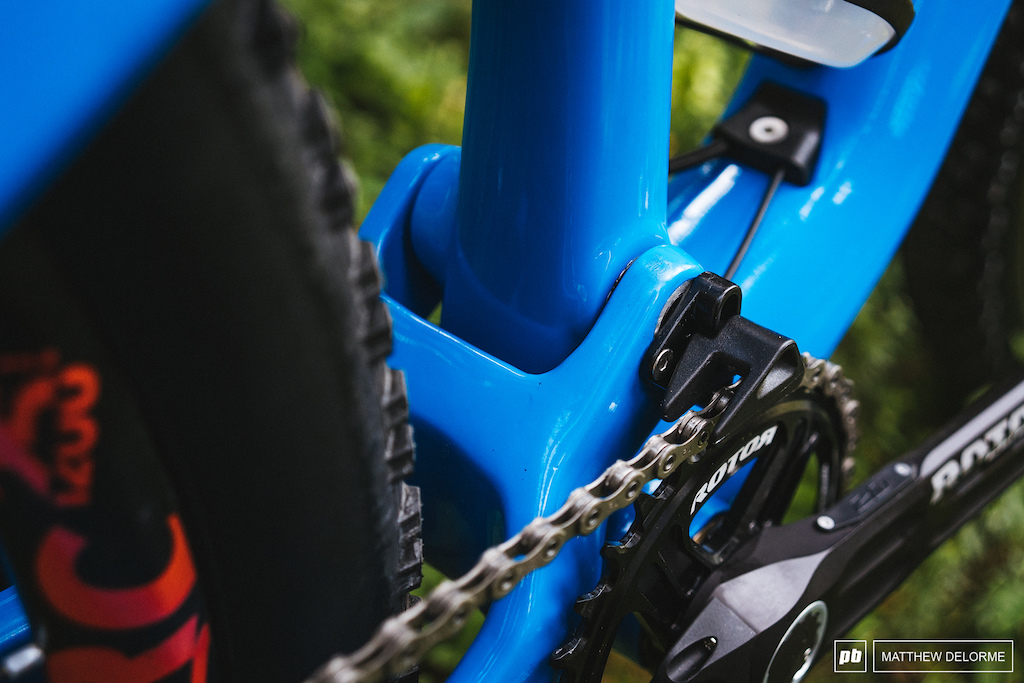 One of the neatest details has to be the one-piece carbon link that Orbea says weighs just 59-grams, or roughly the same weight as a sneeze. It's driving a custom Fox shock that sees its lockout cable run inside the top tube, much like on Rocky Mountain's Element, before exiting up front. The whole thing is pretty discreet.

This is exactly the kind of bike that should be able to carry two water bottles inside its front triangle, so it's good to see Orbea check that box for all the sizes except the small. 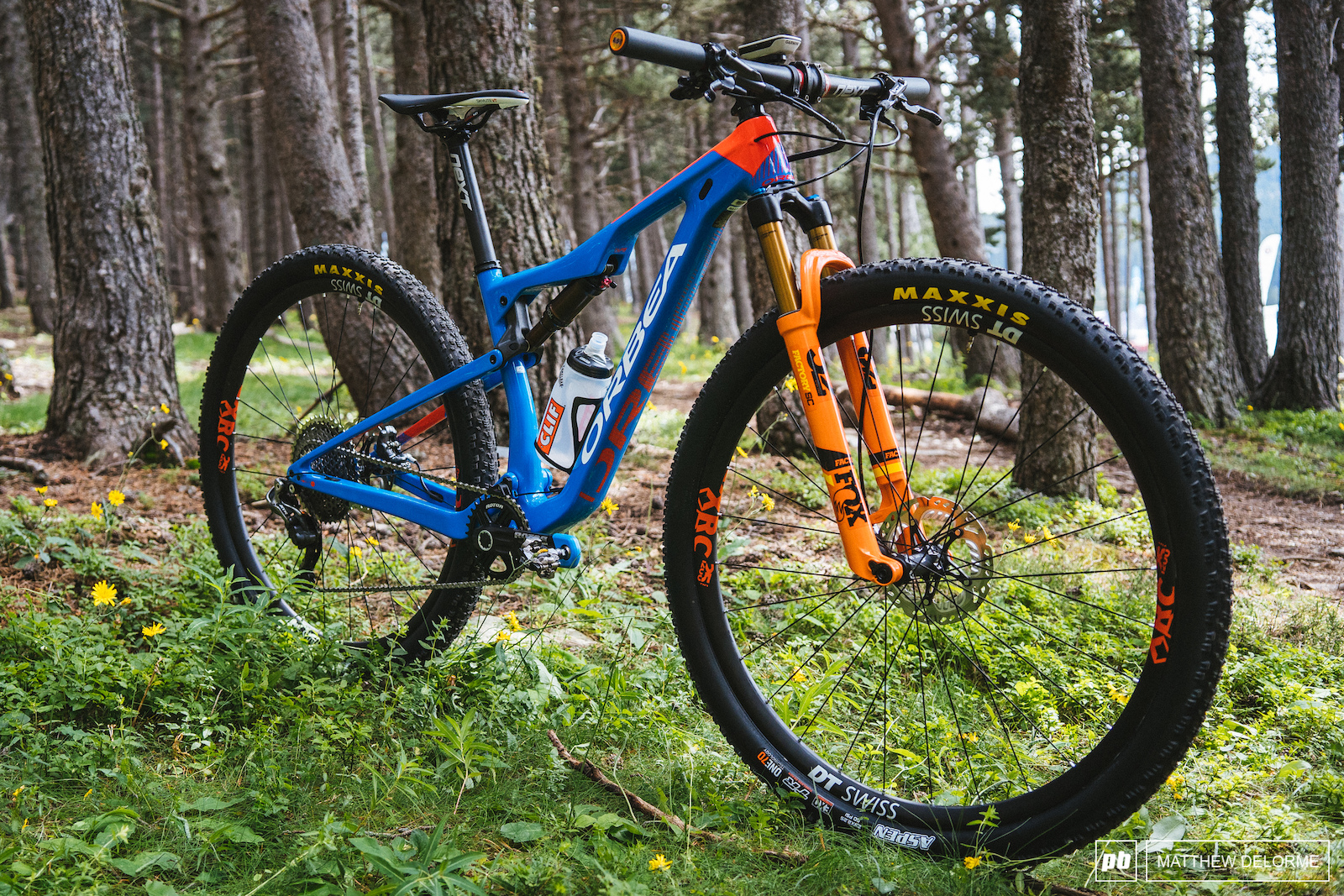 Lessarde (Jul 13, 2018 at 17:41)
ok, so somebody needs to tell these companies 50g lighter than last year doesn't mean diddly - or they saved this much on some small part. Just tell us the weight (even if it's just a medium with specific pieces)! ESPECIALLY on an XC frame...but really on everything. How about just the truth.

TheOriginalTwoTone (Jul 13, 2018 at 19:40)
Just read the forums and you'll have the answer. Some asshat with a crappy scale will weigh the frame and then start bitching on the internet that the company lied, misrepresented the weight and he was ripped off. Even worse with completes since ever part has a tolerance that the frame manufacturer has no control over. There's one of those on the Sniper thread on MTBR already, even though Intense has pictures of a frame on a scale.

Even worse, companies start putting lighter tires than they should on bikes to make them look nice on paper.

WAKIdesigns (Jul 13, 2018 at 23:26)
@Hand-of-Midas: that’s an old thing. I am missing the good old days when people were trying to build a sub 13kg DH bike and some genius has put Rocket Rons on his Antidote Lifeline...

preach (Jul 13, 2018 at 16:12)
Somebody needs to get their paint guy and send him over to redo that extremely eye catching specialized epic. You know the one that looks like a cardboard box...

Cambot (Jul 13, 2018 at 16:17)
Nope I don’t like the Bronco’s team sports vibe. I prefer cardboard box. Really digging all the new matte and subtle colorways catching on.

TheOriginalTwoTone (Jul 13, 2018 at 19:42)
@endurocat: No kidding, I've never seen a bike before the Epic that routing that came out of the down tube and went into the chainstays.

hifiandmtb (Jul 14, 2018 at 2:07)
"...This is exactly the kind of bike that should be able to carry two water bottles inside its front triangle, so it's good to see Orbea check that box for all the sizes except the small..."

And the one in the pics is a small - which explains why I can't bloody work out how a second bottle fits!

sevensixtwo (Jul 13, 2018 at 16:58)
I like how Apens have been around forever, no one raced them. Nino races them when he switches sponsors, now theyre errrrrwhere.

On the other hand we have that "2 water bottle must have"....

dmackyaheard (Jul 14, 2018 at 13:27)
First the Stumpjumper looks like a Rallon, now the Oiz looks like an epic? Is the Orbea getting Specialized back?

mackster23 (Jul 14, 2018 at 1:00)
I also like that it's subtly different in color than the orange on the toptube... besides that though, the bike is gorgeous, and I'm not normally a fan of XC bikes

WAKIdesigns (Jul 14, 2018 at 0:09)
@jclnv it is time to talk to your therapist about those various chainstay nightmares you have had over the years.