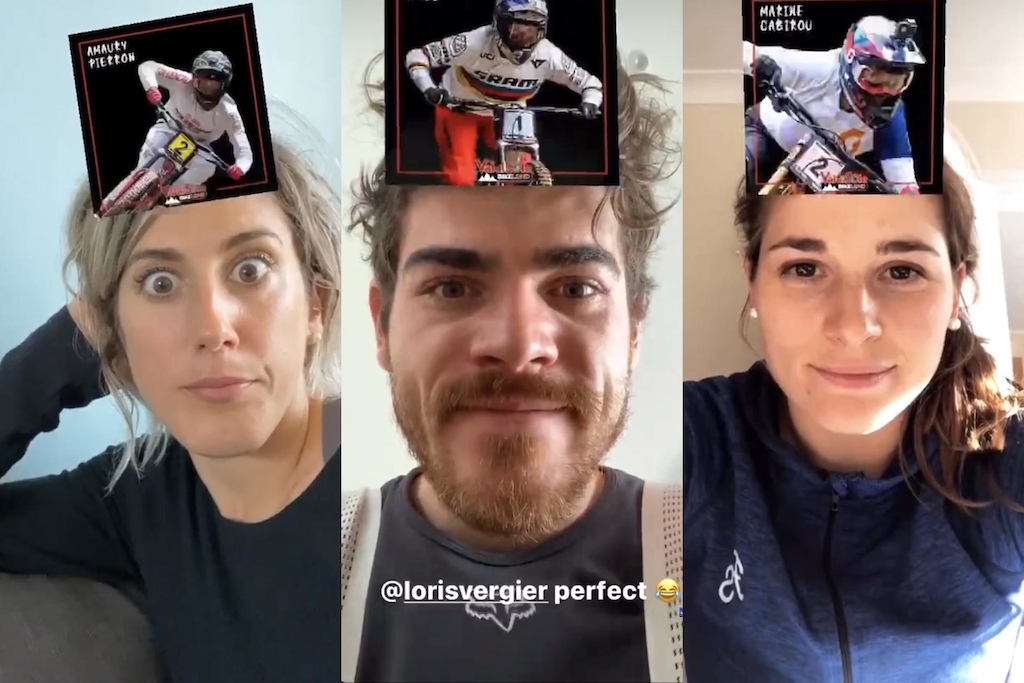 Over half a million impressions in a few days for the “Which Downhill Rider are you?” filter by Val di Sole Bikeland, enjoyed also by World Champions Myriam Nicole and Loic Bruni

The cycling events’ season is on hold, waiting for the next developments of the COVID-19 situation, and two wheels passion is pushing to be unleashed.

Even in this difficult phase, Val di Sole Bikeland has looked for a way to gather and entertain the fans from all over the World, spending much more time on social media while they can’t hit the trails.

This was the idea behind the "Which downhill rider are you?" filter, developed by Vitesse Europe agency for the @valdisolebikeland Instagram profile and first tested by World Champion Myriam Nicole: a simple draw game, in which the user gets associated with one of the major stars in Downhill – and fans didn’t take long to react.


“We are all suffering due to the lack of cycling, and we thought that also other Downhill fans could seize something fun and related to their passion,” told Fabio Sacco, Val di Sole Tourist Board Director. “Still, we were amazed by what happened. The top champions helped to spread the word, and Val di Sole featured even in famous brands’ podcasts and social ‘meme’ with this initiative.”

“In this necessary and frustrating time of wait, we have managed to make people talk of Mountain Bike and Val di Sole Bikeland while spreading some positive mood. We are happy with that,” Sacco added.

lauda (Apr 30, 2020 at 22:18)
It is just another app developed to compile a database of face photos, and improve facial recognition software.
Look up "Clearview AI"