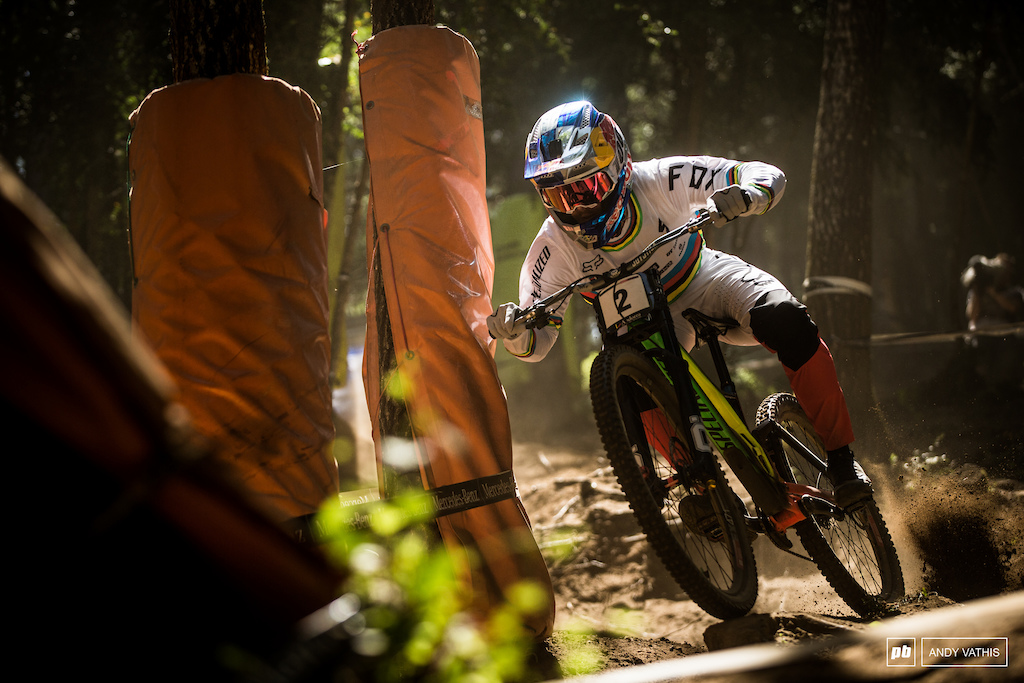 After some exciting racing in Andorra let's see how the results stack up in the overall standings.

troyleedesigns Plus (Jul 6, 2019 at 12:08)
SRAM TLD RACING team Vali Holl 1st overall, Lucas Cruz 2nd Overall in the Junior division. So proud of these kids! Props to everyone involved with our little powerhouse development program!

crash-brother (Jul 6, 2019 at 14:04)
It might not be too pretty but you don’t see many comments about how the Spesh Demo isn’t fast anymore... personally I kinda like the idea of function before form in DH, bring on more fast!

vinay (Jul 7, 2019 at 11:18)
@tacklingdummy: To be honest I don't care much whether athletes from one particular country end up on top. Considering how big (in population) the US is, it would be most fair compare it to for instance Western Europe. But I can imagine it would be frustrating to make such a comparison in any sport. I'm from The Netherlands so obviously I'm not expecting top performances in DH racing from my country. They finished the previous century with a win but haven't managed another one this entire century. Anne Terpstra won in XC this weekend after a great performance so that's cool. The US soccer team won the world championships today though and that is so well deserved I think I would actually be disappointed if the Dutch would have won it. At the end of the day I just want to see the best win, no matter where he or she comes from.

tacklingdummy (Jul 7, 2019 at 12:23)
@vinay: I don't root against anybody and have the utmost respect for all the athletes from all the countries. Of course, I want to see the best of the best in the world racing and may the best person win. However, I do root for my fellow country men and country women. Nothing wrong with that.

vinay (Jul 7, 2019 at 13:15)
@tacklingdummy: Yeah, I get that. I've been rooting for Anneke Beerten ever since she was racing for B1 (BeOne) and I was already stoked when she placed second (after ACC) at the Lisbon Urban DH race (as a privateer on a 80mm travel Specialized Enduro SX). And of course I love how the Dutch are doing in BMX racing (especially when Niek Kimmann chooses lane 8 for the finals and still wins) and how Jeffrey Herlings was dominating the MXGP as a freshman last season. But there definitely is a limit. I don't really follow soccer that much but back in 2010 the Dutch men played in the finals of the World Championships. People told me I needed to watch because they were really good. I watched, it was the most disgusting display of soccer ever performed at that level. I wanted them to lose, with a passion. Luckily they did. The ladies today were fine, the Americans were just so much better the entire tournament. It just wouldn't have been fair if they wouldn't have taken the title.

But yeah, back to WC DH racing. Times are so tight, to me those top riders are all about as good. It makes perfect sense to root for the riders from your country.
Post a Comment