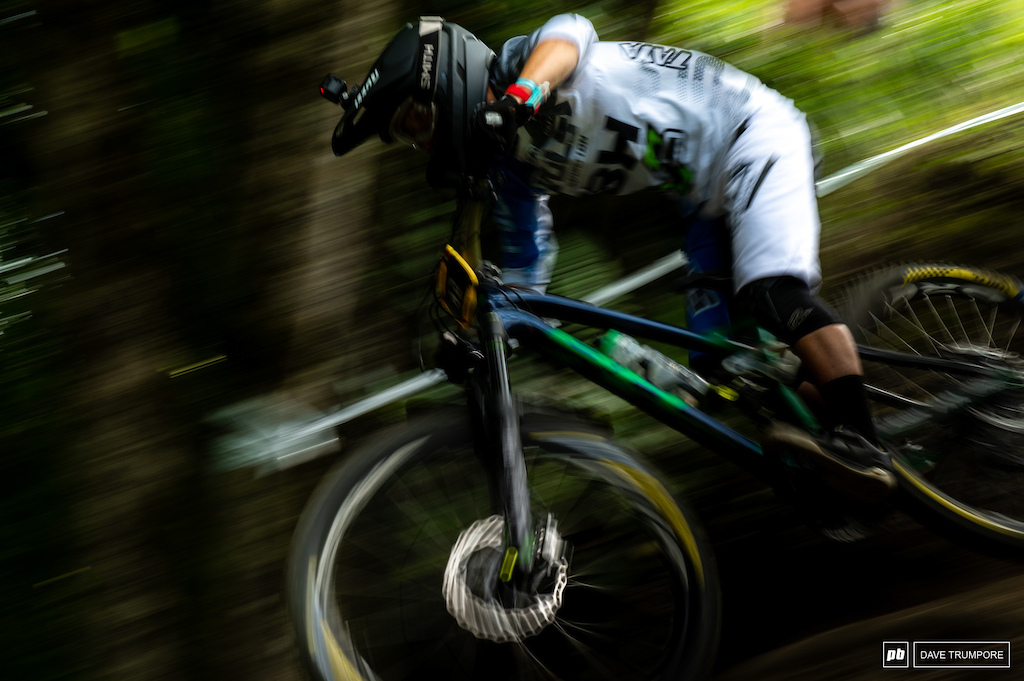 After the sixth round of the 2021 EWS, let's see how the results stack up in the overall standings. 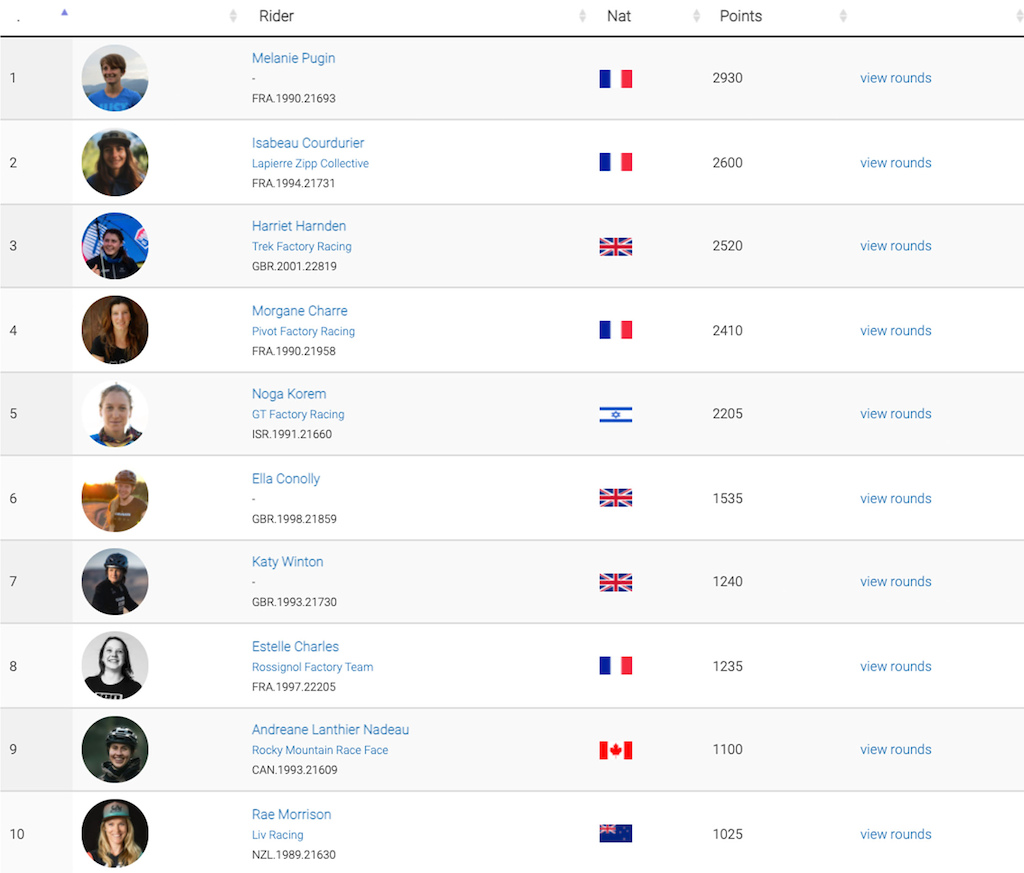 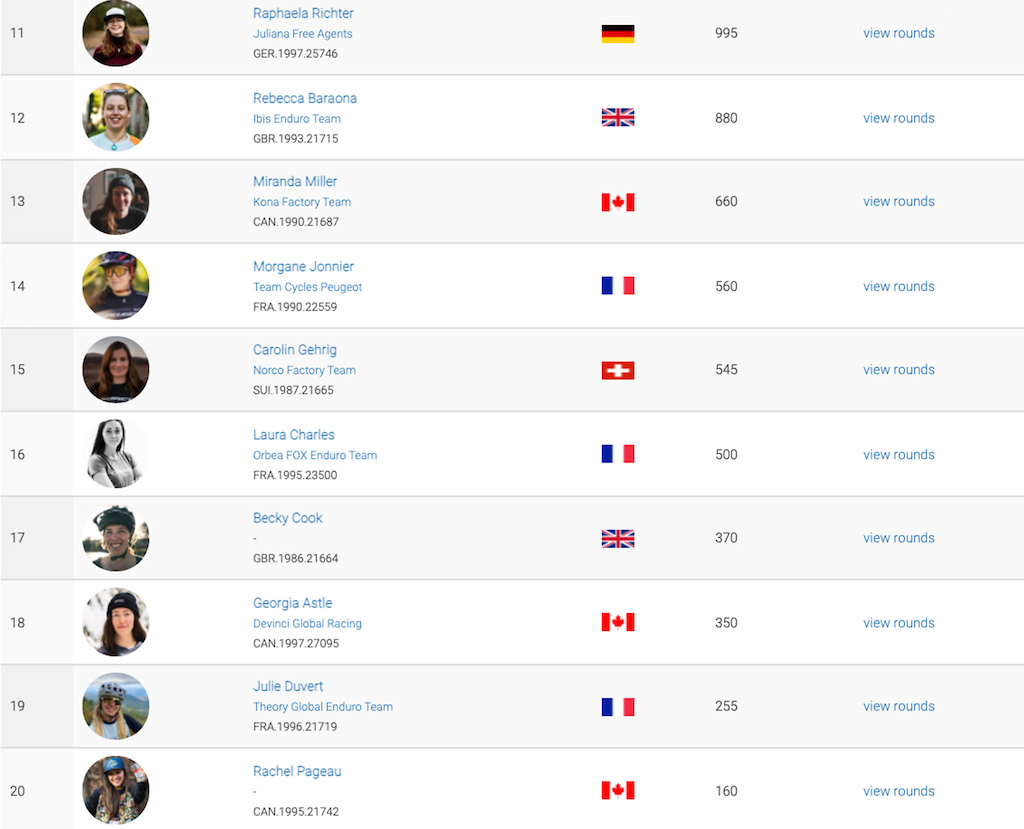 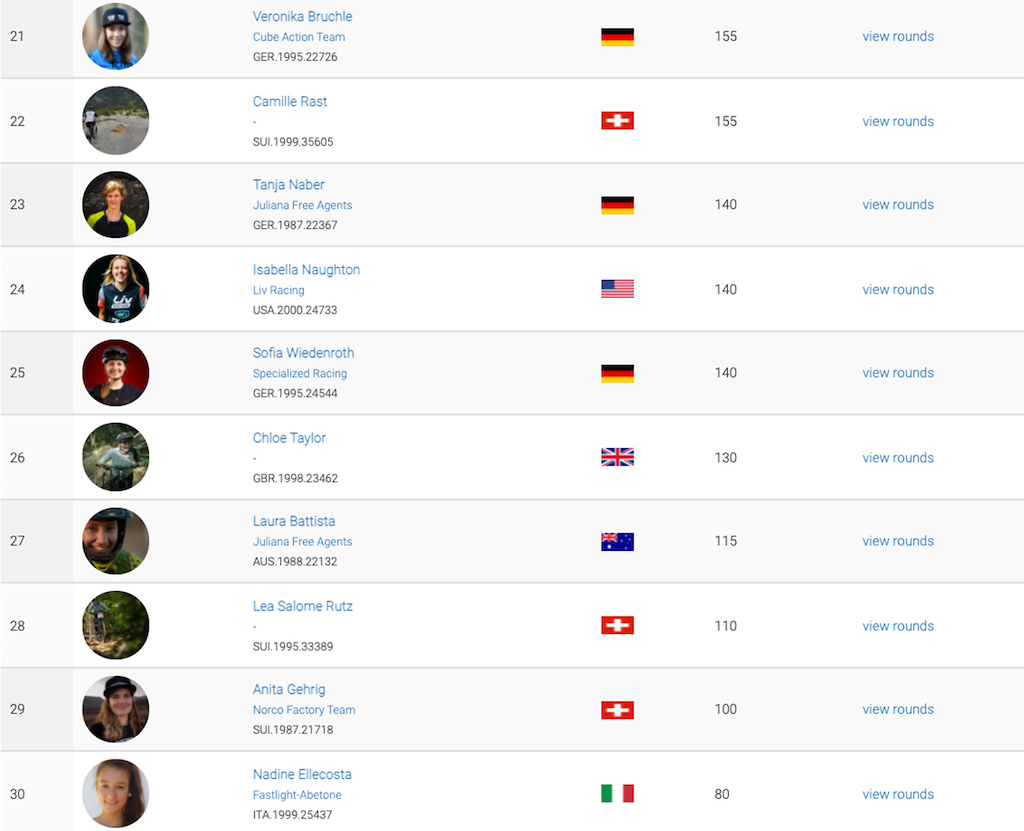 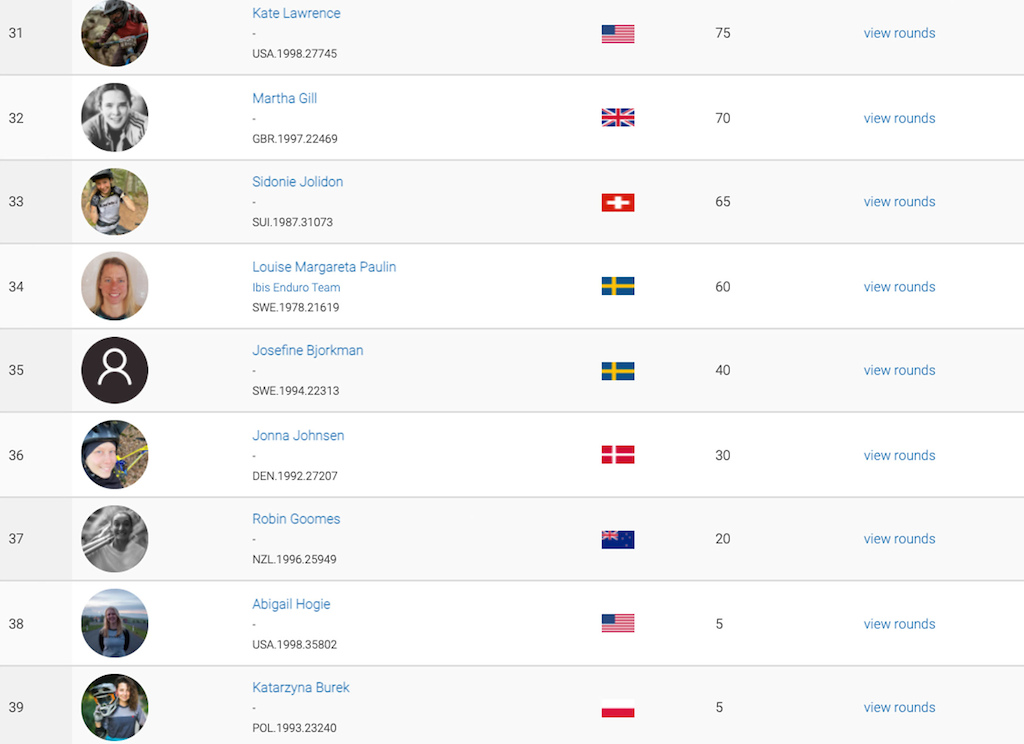 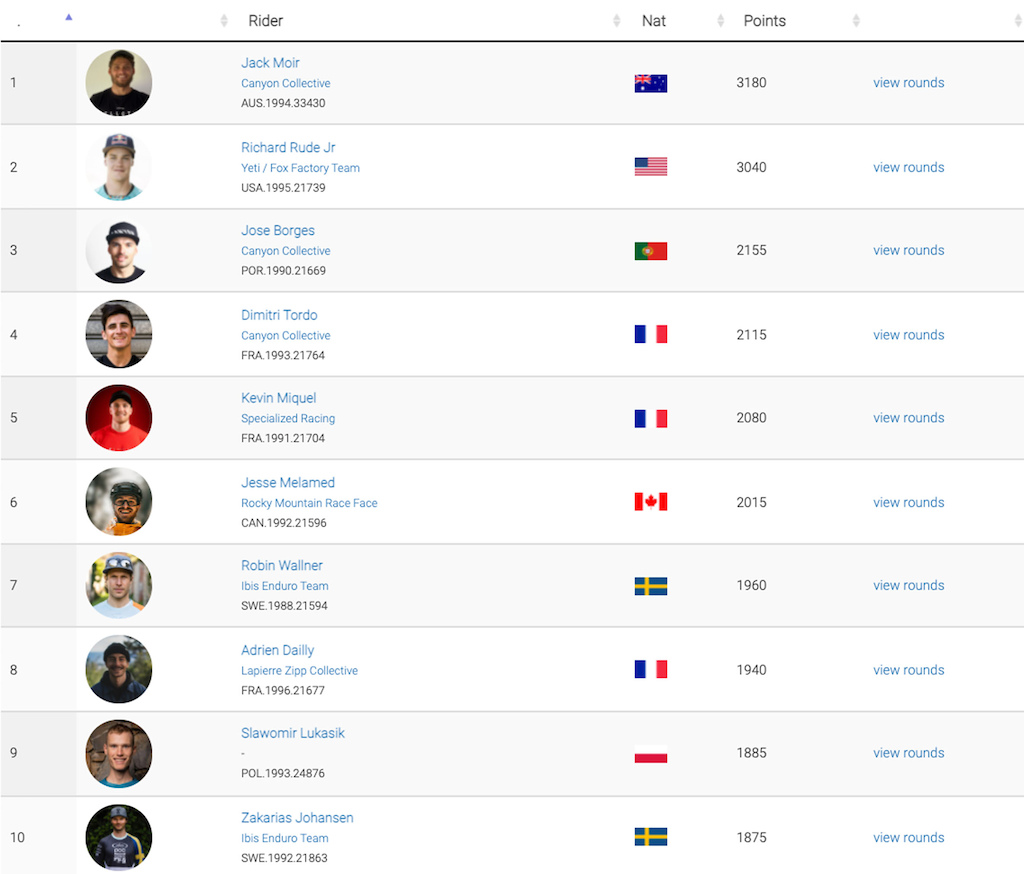 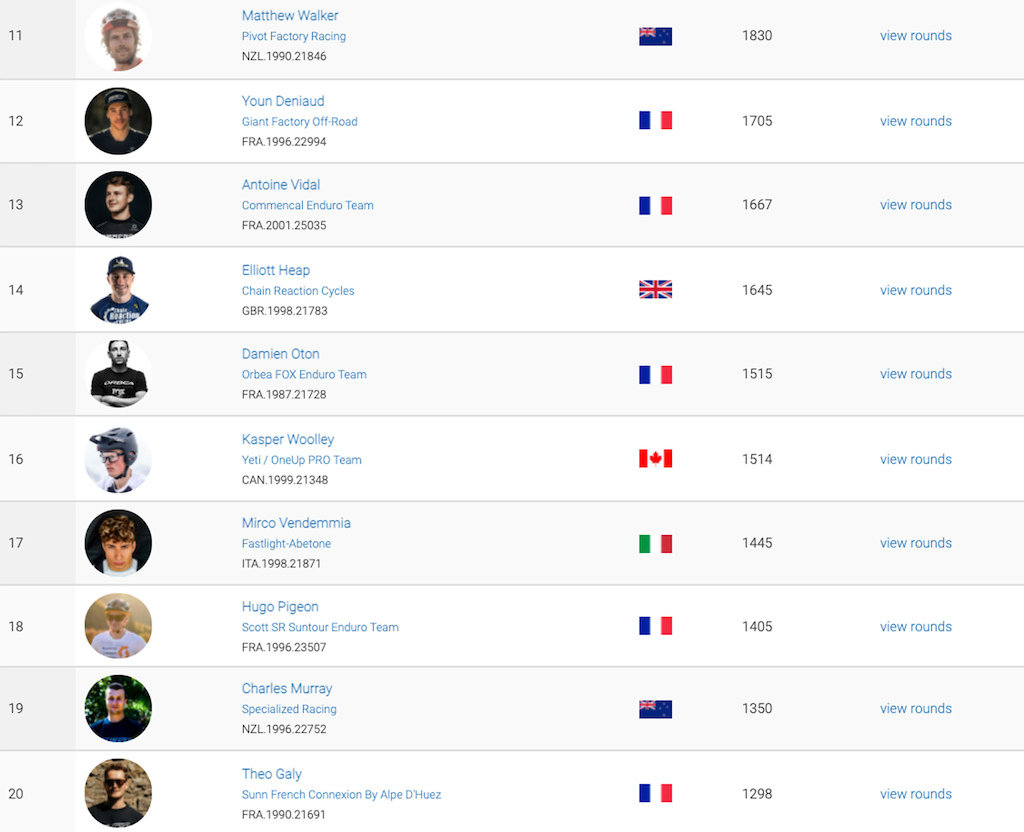 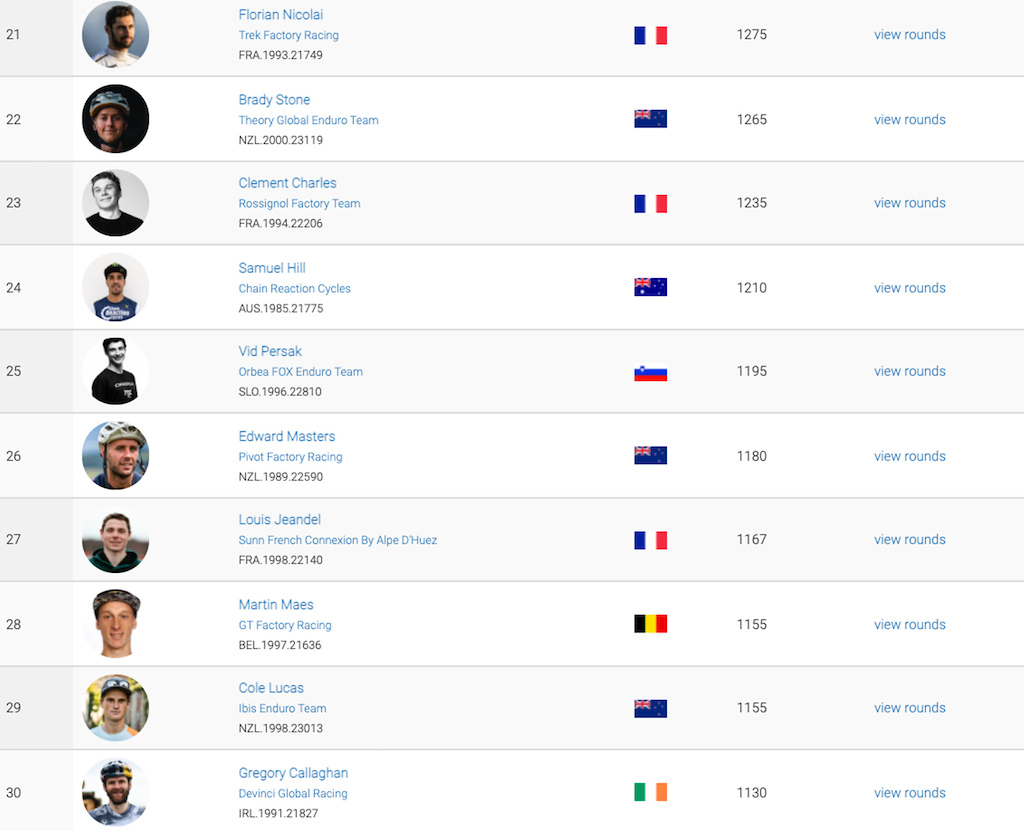 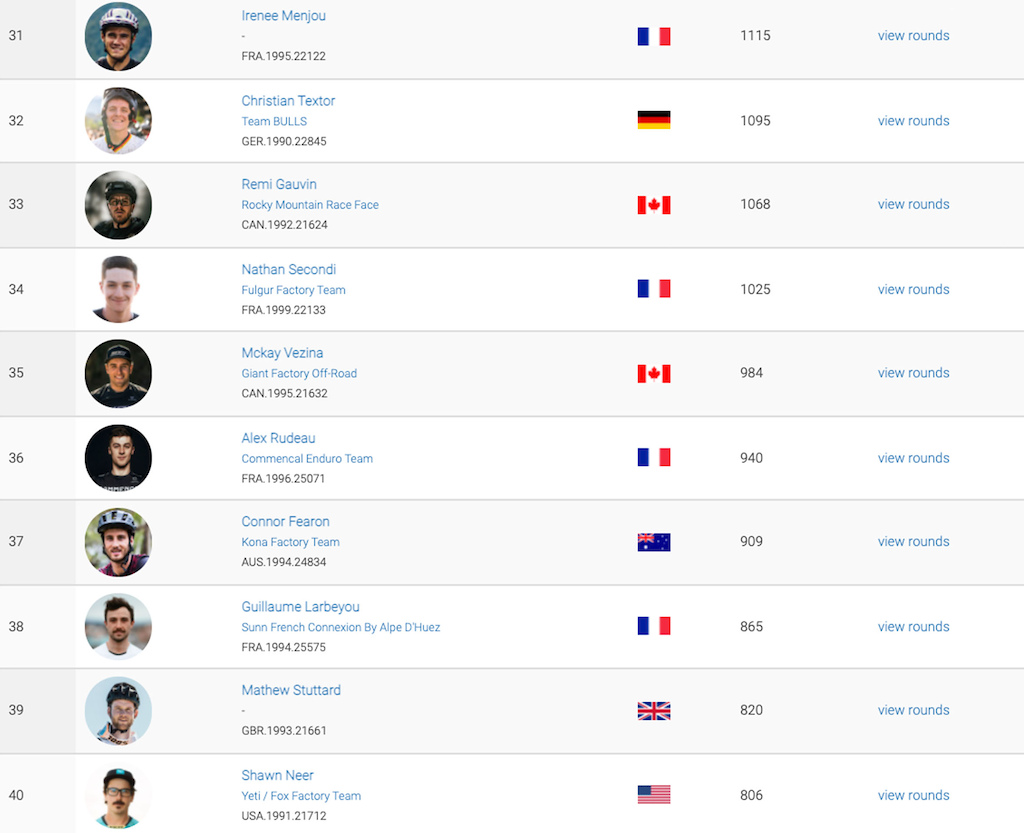 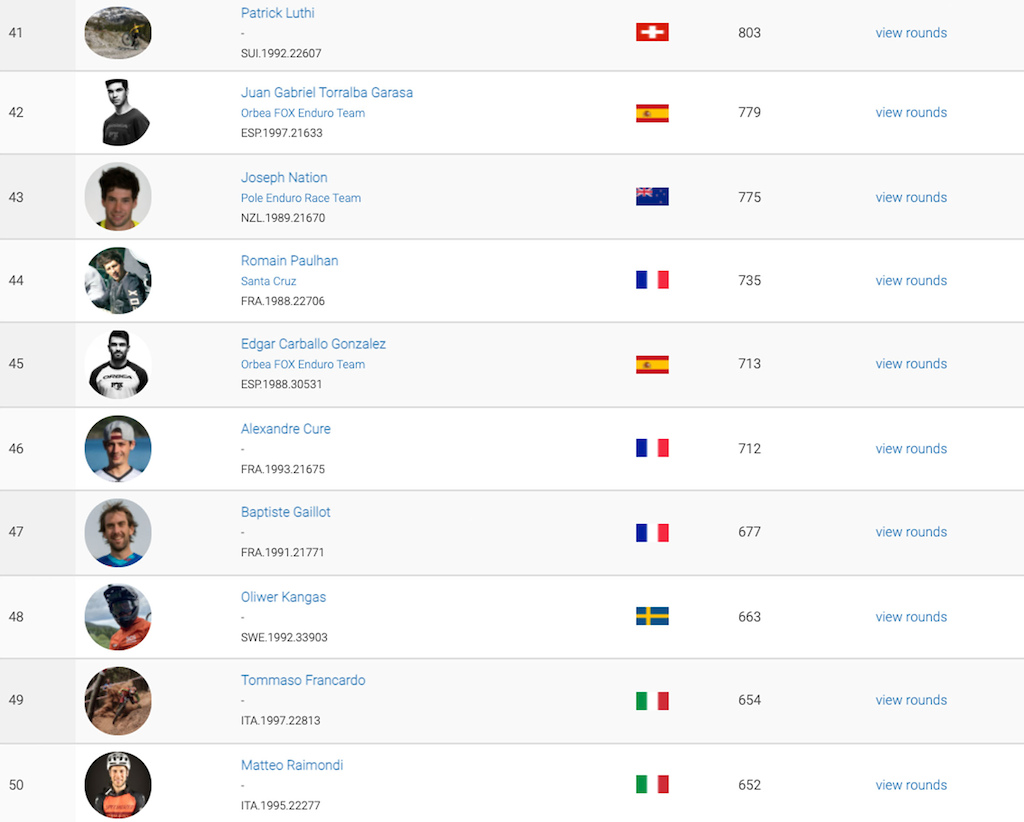 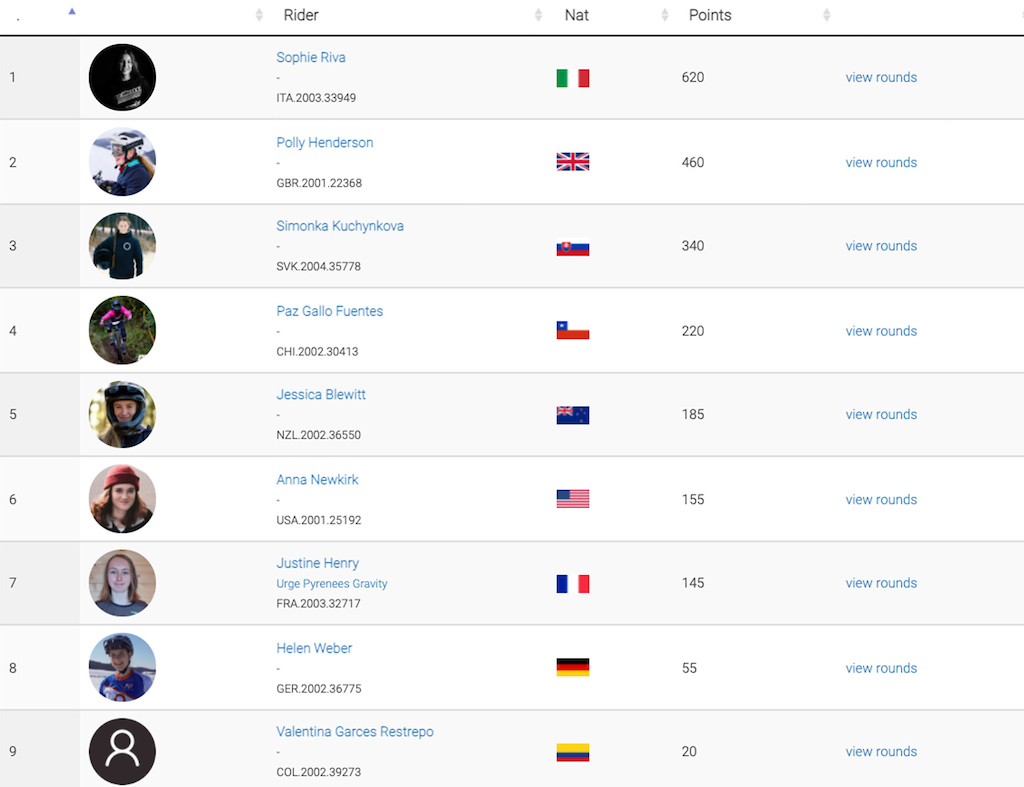 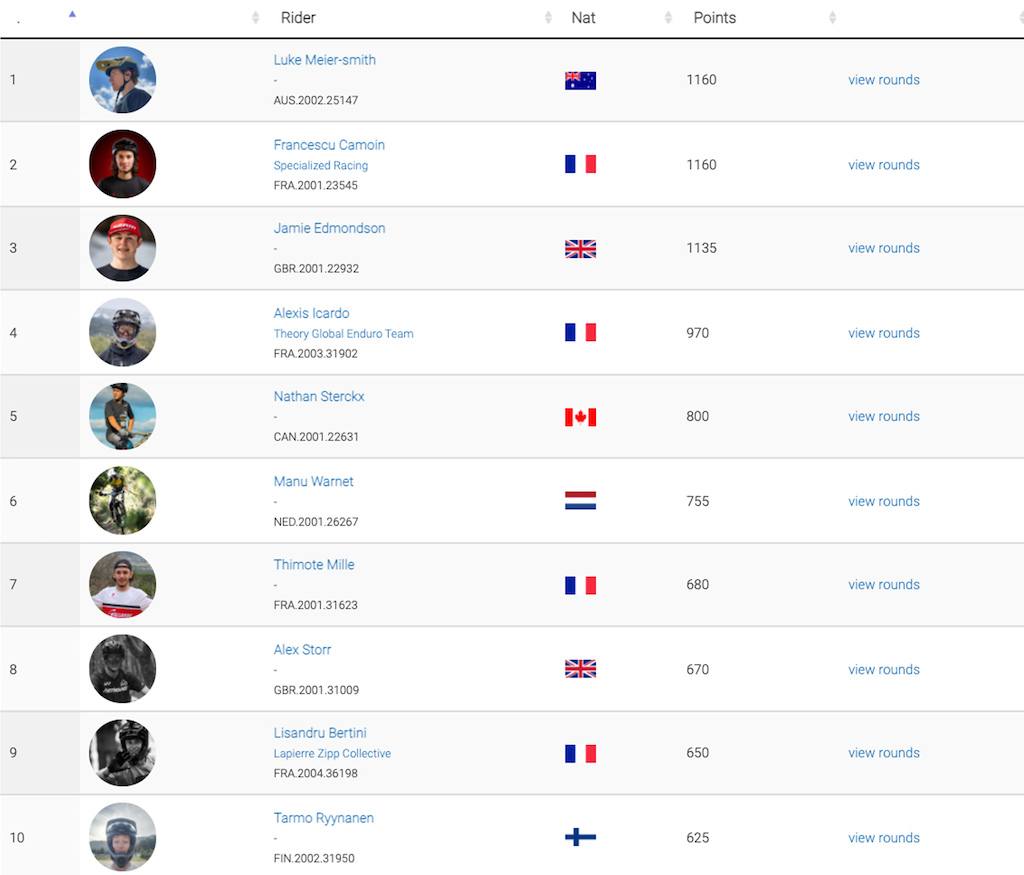 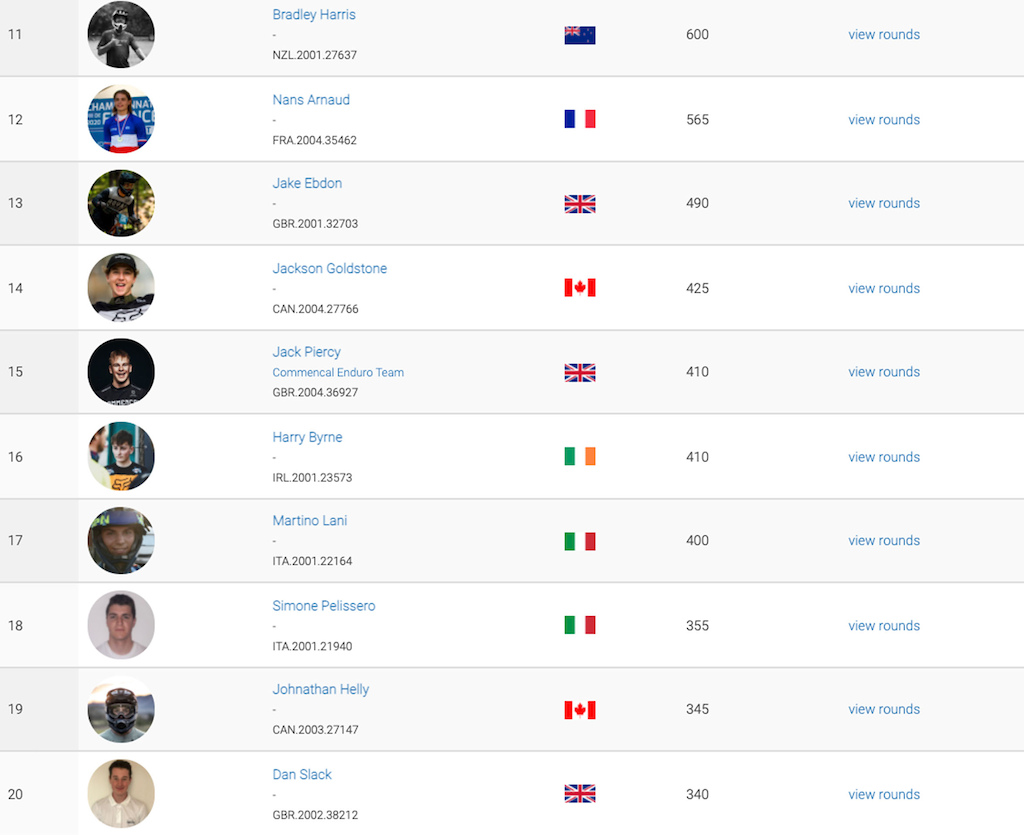 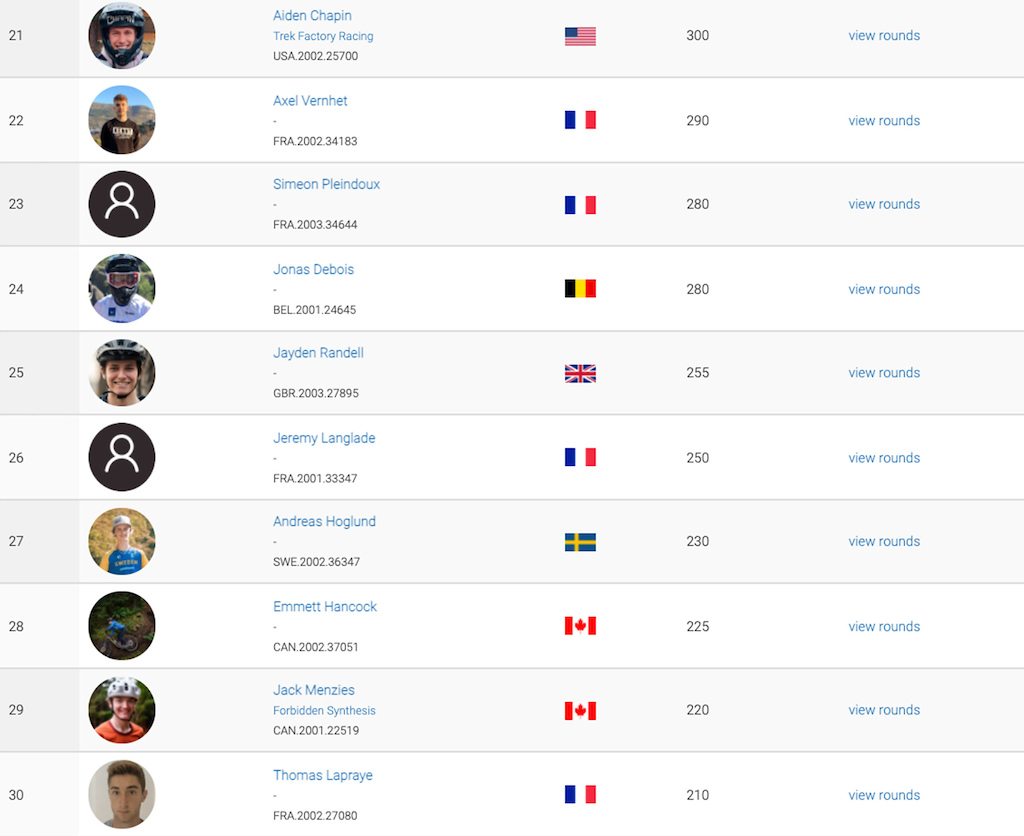 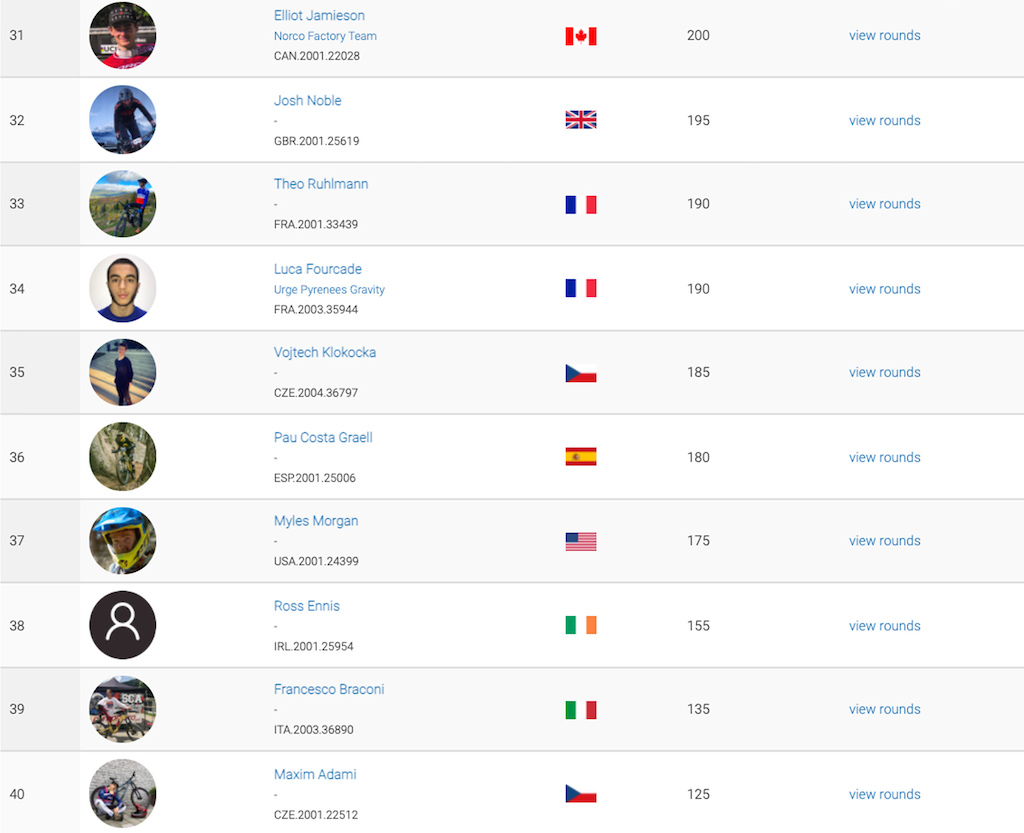 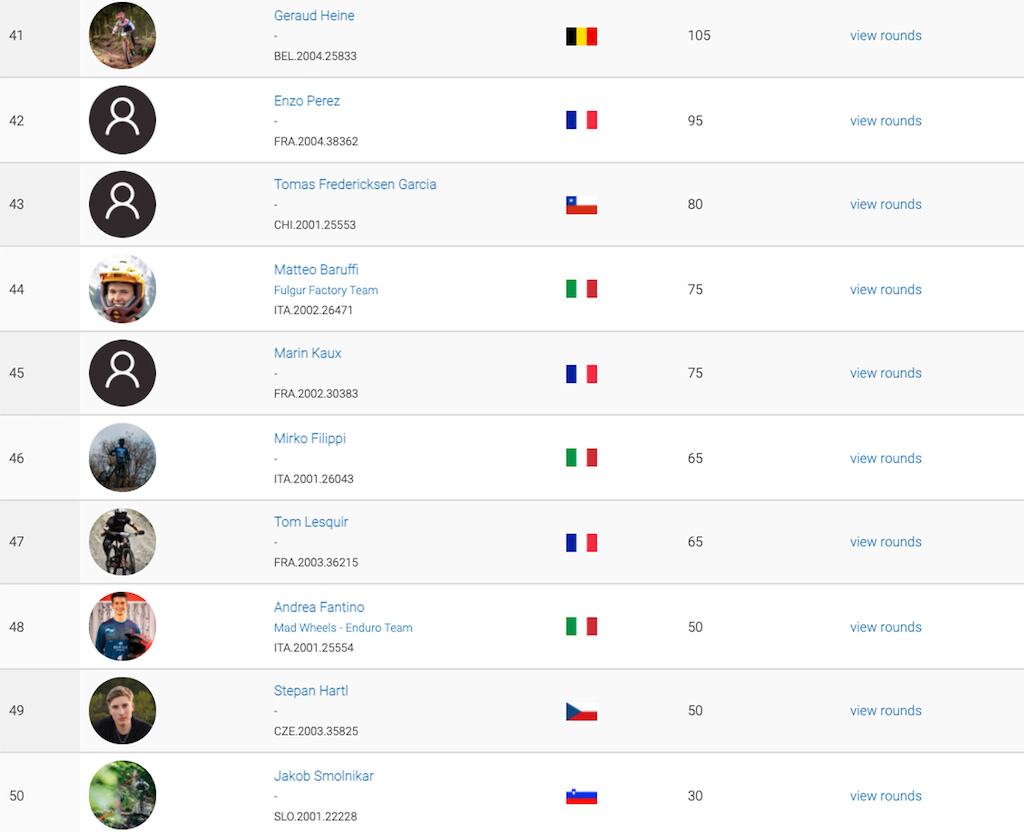 sadfusde (Sep 6, 2021 at 3:30)
Something weirdly awesome is happening this year... If you take in consideration only the bikes themselves (and keep in mind I'm not saying they're bad), the Canyon team shouldn't be doing so well... In all the reviews I've seen so far, the Strive is not that fast when pointed down, and has an "outdated" geometry. The Spec Enduro, all the high pivot bikes, etc, should be on the top step because "they fast". On a head to head between a Yeti and a Canyon, I'm pretty sure all the reviewers would go with the Yeti. Yet, here we are, with 3 Canyon riders (one of them not ridding the Strive, but still), on the top 4 Overall.
Maybe this "moar lower, slacker and all the travel" thing we have going is not all that important, when you want/need a bike that is good on every kind of terrain.

Danzzz88 (Sep 6, 2021 at 6:58)
The Yeti's have always been consistently fast, whether they are first in the league or not they are consistently always up there and that is better testament to their performance than just 1 EWS or a couple of races....

But I digress, it has hardly anything to do with the bike, it's the rider that matters, 5mm more rearward travel isn't the same as McLaren having 50hp more than Honda or 15% more efficient aero in an F1 race... The performance gains between bikes of the same travel is small, you will gain more finding a bike that you are comfortable and like the way it behaves so you can ride it faster. Put Richie Rude on a Norco Range and he probably won't go any faster, in fact due to him being used to the Yeti platform he is probably still going to be faster on the Yeti, as that is what he is comfortable and experience with.

99.9 percent of people would be faster round a race track in a sports car than an F1 car. Similarly with a race horse.

Longer and slacker bikes hide a lot of poor technique. Shorter, more agile bikes take a lot of skill to ride at 9-10/10ths... But their agility - if it can be used - can be race winning.

I ride a Geometron :hehe:

ibishreddin (Sep 6, 2021 at 7:19)
Time is made in the corners. European Enduro stages are pretty tight and technical. Top guys are strong enough to manage to ride a shorter bike at nearly the same speed on fast straight terrain as a bigger, safer feeling bike with the benefits of a shorter bike in the corners.

CantClimb (Sep 6, 2021 at 8:46)
@ibishreddin: there was clip early in the season of one of the EWS races. Was one corner, showed like 50 riders. Had guys foot out, guys riding up on the bank, guy doing nose thing. Moir and rude, just middle of the trail wheels on the ground and ripping smoothly through....

dupka (Sep 6, 2021 at 11:52)
enduro-mtb did a group test last year where they race a bunch of the top enduro bikes against the clock on a short EWS track: enduro-mtb.com/en/enduro-race-bike-mtb-review. Some of the bikes are exact or close-to replicas of what their EWS race team have like Moir’s Canyon Strive, Maes’ GT Force and Rude’s Yeti SB-150. The Yeti and Canyon come 1st & 2nd! The Canyon EWS team have a lot of mods on the Strive compared to the retail version: longer/taller fork, lower headset cup is taller, longer shock.

On Moir’s youtube channel he compares the Strive to the more-modern Spectral and his insights are super interesting: www.youtube.com/watch?v=Lymyl1E4Ld0. There’s other stuff/factors too but in a nutshell he said the Strive was better for tight & tech (European EWS tracks) and unfamiliar trails (you typically only get 1 practice run before you race) but the Spectral was better for fast & rough and familiar trails. “It’s easier to ride a shorter/steeper bike fast in a straight line down some rough stuff than it is to ride a longer/slacker bike through some techy stuff. There’s definitely way more time being made the other way around.”

Are any of the top EWS riders on teams with high-pivot bikes? Modern bikes are waaaaay better than bikes of the past and with high pivots it’s awesome to have more options but imho the progress in the last couple years esp with geometry seems to have slowed down a bit and now we’re making more compromises… though the marketing & hype machine is as strong as ever. The EWS racing is so good this year, I love seeing close battles.

Danzzz88 (Sep 6, 2021 at 12:44)
@rhinochopig: This is true, bikes like the Geometron are fantastic biies for us amateurs as it allows much greater margin for error, same with the Norco Range etc...and theoretically if just travelling in a straight line over chunk would be faster too. But races obviously have bends, jumps, switchbacks, climbs etc.. the shorter more agil biies are a more effective tool for those that have the skills to make the most of it.

The same applies to F1 and Jet planes, as you say most people would be faster in a Corvette or Ferrari than an F1 car...in an F1 car if you can't go fast enough you lose grip, you don't get heat in the tyres, you don't get enough downforce for the corners, you might spin the tyres out with too much throttle, stall the engine from not keeping the revs high enough etc etc...same with Jet fighters, they are inherently unstable, they have hundreds of computers to keep them in flight and controlable otherwise without, the pilot wouldn't be able to respond fast enough to counteract their inherent instability...but this instability comes in useful for agility.

The problem with reviews especially on Pinkbike is the bias, ofc time and again they say they aren't biased but clearly they are. Take the sb165 vs Enduro vs Slayer etc review... Kazimer praising the Specialized Enduro, talking about how slack it is and great on the downhill etc...yet he was fastest downhill on the sb165, the sb165 is slacker than the enduro, is a more fun bike etc...everything he stated as positive about the enduro applied at least in his case more to the sb165 and yet he still sided with the 29er and pixked the enduro as the bike he would take home.....for what would he take it home for, a less fun, less agile bike that also he happened to be slower downhill on...some logic right there.

Varaxis (Sep 8, 2021 at 22:03)
@dupka: They made a point that cornering ability made a huge difference, and that sizing down on bikes like the SB150 and Meta AM 29 made them corner better. This is due to the better balance between CS length and front center.

If the CS are too short for how long the WB is, there is less weight on the front wheel; there seems to be a sweet spot where there's not too much weight on the front but not too little that is fastest (435ish CS and 1230ish WB). The Strive hits this in size L, which prob helps explain why Moir preferred L over the XL when testing back-to-back.

People want opinions and then complain that the opinions from reviewers are trash. Reviewers have changed their tune plenty of times in the past, such as about holding onto hardtails, small wheels and short wheelbases due to agility and what not. They're changing their tune about forbidden E-word now too. PB attracts a crowd that are wanting confirmation bias about certain things seemingly...

Danzzz88 (Sep 9, 2021 at 13:58)
@Varaxis: the Yeti sb165 hits this im size medium pretty much...1230 wb, 433 chainstays. S, M, L, XL doesn't mean much when comparing different brands...according to Canyon that Large strive is for someone bigger than me....Yeti says their size medium is perfect for me yet is the exact same wheelbase and chainstay length.

fektor-b (Sep 6, 2021 at 3:21)
Pretty rad to have Aussies on the top spots for both male categories. I've always felt like MTB racing in Aus has been "we do the best with what we have" as a mentality. These guys must have worked their holes off, and the results speak for themselves.

pmoakley (Sep 6, 2021 at 12:43)
For those that are curious, overall elapsed time for the season (rounded down to the nearest second):

birddog69 (Sep 6, 2021 at 16:06)
Pardon my ignorance, but if a rider has only a plate number does that mean they don't have a sponsor? Do they find themselves the way us old dirt bag climbers used to by knocking over the trash bins for cans and bottles to recycle?

Broso (Sep 6, 2021 at 8:36)
Nice to see Moir crushing it after Intense put all their eggs in the Gwin basket with his prob shouldn’t use to race but pay well sponsors.