Paul Basagoitia - Red Bull Rampage from the Side Lines

Join Pinkbike  Login
Kokanee Crankworx took its toll on some of the world's best riders this year and Paul Basagoitia was no exception. Paul got hurt right before the finals and has been off the bike since early August. Unfortunately he will not be able to compete at the Red Bull Rampage in a few days time. We were about to catch up with him at his home in Minden, Nevada for some recovery talk. 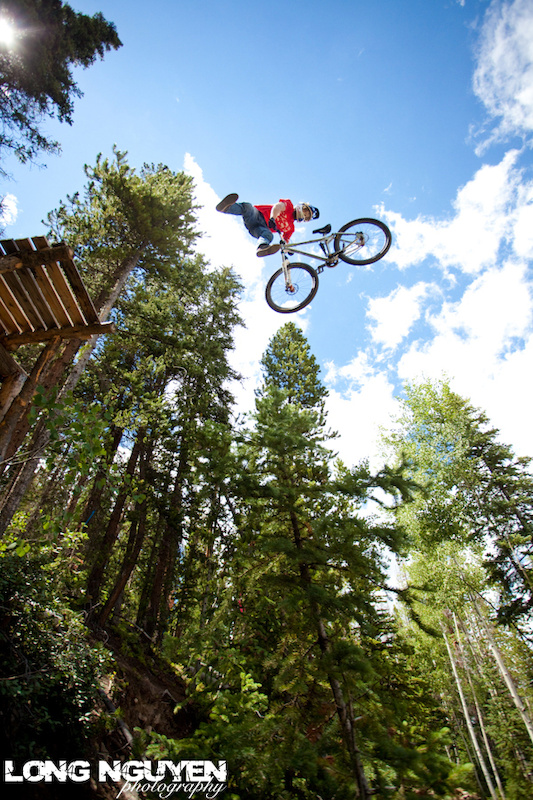 Crankworx Colorado - Photo by Long Nguyen
Afternoon Paul, are you at Interbike this week?
No man, after 6 years of Vegas I decided that I was gonna take a year off of Interbike. I am at home in Minden, Nevada recovering.


Paul you got hurt at this year’s Crankworx in Whistler, can you tell us about what went down?
Ya I ended up crashing just before the finals of Crankworx, during our last practice session. I was flipping onto the Kokanee Box and I heard SSSSSsssss coming from my rear tire as I was already off the lip of the kicker and upside down. When I landed on the box it was like landing on ice with no air in my rear tire and it sent me sliding off the box from about 10-12 feet up, down to the ground and onto my back. The damage from that crash was a second degree separation of my shoulder, a bruised kidney and two cracked ribs.

I went to the Whistler hospital to get checked out and taken care of, so I never even got to watch the finals go down. And then my buddies Darren Berrecloth and Brandon Semenuk arrived, it was quite the gathering of us that day.


How is your recovery coming along?
I spent the first two weeks in a sling to prevent motion and let it begin healing, then it was straight into physio. Red Bull got me into their USA headquarters in Santa Monica, California to meet up with their go to guys to help me get rolling and ready for the Rampage. Unfortunately the separation is just too big and I will not be attending this year’s Red Bull Rampage event. A standard separation requires 8-10 weeks to heal and I only had 7 weeks from Crankworx to Red Bull Rampage and I am dealing with a pretty major separation. 7 weeks simply was not enough time to be healed and ready for an event like Rampage.

The other side of the equation is that Rampage is not a typical event by any means. You need to be ready for this one, way more so than any other event that we attend. With Rampage I personally like to be on my big bike for a good 3 weeks straight of just charging prior to the comp. You want to be comfortable and confident in how you and your bike react together in the desert. You gotta be comfortable with knarly terrain before stepping into the big ring at Red Bull Rampage.

I can remember my first year at Rampage and just thinking “What am I doing here?” I was terrified of the terrain and just all of it, but with time we’ve all adapted and that is part of what Red Bull Rampage is all about – adapting to your surroundings and riding them in your own way.


Did you change your diet in any ways to help you along in your recovery? What do you typically eat on an average day?
I eat well to begin with, like no fast food, so my diet hasn’t changed in any ways, I eat pretty healthy for the most part. To be honest with you I only really eat chicken and fish, ha ha!


Are you able to ride at all at this point?
I’ve tried to ride around town a bit, but I can’t pull up on the bars. I even tried to ride down some stairs and my shoulder was having none of that = OUCH!

Basically I cannot ride the Mini Bike around and there is NO WAY I can go wake boarding, so it’s been pretty quiet around here for anything too active. Anything that involves my shoulder hurts and I need it to heal up, so I have to stay patient.


Do you think that you’ll still attend Rampage as a spectator?
I’m still trying to decide on that. As much as I want to be there and cheer on my buddies and watch it all go down, I’d be sitting there so bummed that I wasn’t on the hill charging with them. Watching sucks when you are injured. I guess I’m trying to say that it’s still up in the air.


We now know that you won’t be able to compete at this year’s Red Bull Rampage, but tell us about your bike set up that you’d planned on running at the event had you not gotten injured?
I have the new Kona Operator DH bike all built up for Rampage. This is an all new bike from Kona and I was pretty excited to run it with a Marzocchi 66 single crown up front. The long travel single crown fork would be able to eat up the big drops and still enable me to do more tech tricks like bar spins and tail whips. 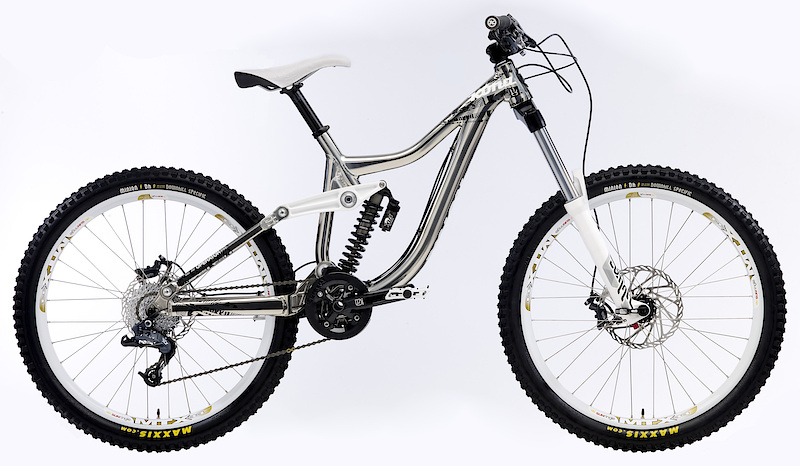 Not Paul's personal bike, but this is a Kona Operator set up with single crown forks. He was going to use a similar set up at this year's Rampage.

Once the Red Bull Rampage has passed by and you are fully healed up, what are your “Off Season” / Fall riding season plans?
It’s gonna be a little weird as I am just gonna miss out on the Rampage due to the time required to heal up this separation and I’ll be able to ride again. Really I should be riding strong in less than a month from now. I am really eager to ride my bike and I intent to do just that until the snow flies this winter.

Andrew Taylor is also hosting AT’s showdown on November 1st and that’s only a 3 hour drive from here, so I will be attending that for sure! Looking forward to riding with my buddies there.

Speaking of contests, will you be hosting your own contest again in 2011?
Yes I will be putting on a contest again in the new year, but it will be very different from the one I held at my place last season. We’re in talks with a resort in the Tahoe region, so expect it to be bigger and better than last year, much more of a slopestyle. Actually it could happen as early as March on the SNOW! Think White Style in Europe, only different. That’s all I can tell you at this point.

Thanks for chatting with us Paul, good luck in your recovery in the next few weeks and keep us posted on your event in the new year!
Thanks for checking in man! 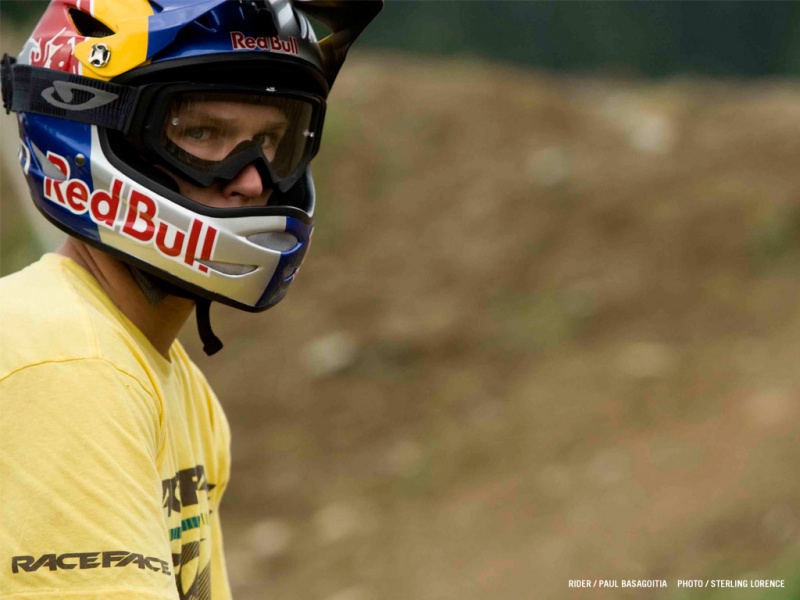 Paul will be back - Photo by Sterling Lorence

Daire (Sep 30, 2010 at 13:42)
actually ive always wondered is the helmet made by Red Bull or is it just some other brand with Red Bull logos?

notallowedtoswear (Sep 30, 2010 at 15:23)
they're all differant helmats just the same design, i think gee athertons is a 611 and i'm pretty sure his is a remedy

reallybigmantis (Oct 1, 2010 at 1:19)
if you win a red bull event, they will have your choice of helmet painted up with their logos

gulson (Sep 30, 2010 at 12:15)
Exactly the same i fell his pain i did mine end of august (30th) and i still have problems holding a pint for more than 30 secs started physio today and hopefully on my way to get back to fitness

capoeirabg (Sep 30, 2010 at 2:13)
"I was pretty excited to run it with a Marzocchi 66 single crown up front"
and on the picture there is some crappy Domain

"Not Paul's personal bike, but this is a Kona Operator set up with single crown forks. He was going to use a similar set up at this year's Rampage."