In the spring of 2014 I was fortunate enough to have the opportunity to move west from the East Kootenays to the Sunshine Coast of BC after living in Fernie for my entire life. I was looking to migrate to a place which allowed me to ride my bike all year, so I packed my car and loaded my bikes.

After a season of non-stop riding in 2015 I had a bit of a mis-step, I came up short on the the first double during Logan Peat's Backwoods Jam and broke my femur. I was about 2-1/2 months into rehab when I received a call from Leigh Ramsdell asking me to ride for Mongoose Bikes, which I appreciated heavily because it was some light at the end of the tunnel considering I could barely walk at that point! I worked hard at rehab and was able to make a full recovery, so after a season with a new sponsor and some titanium leg hardware this is my first video back. 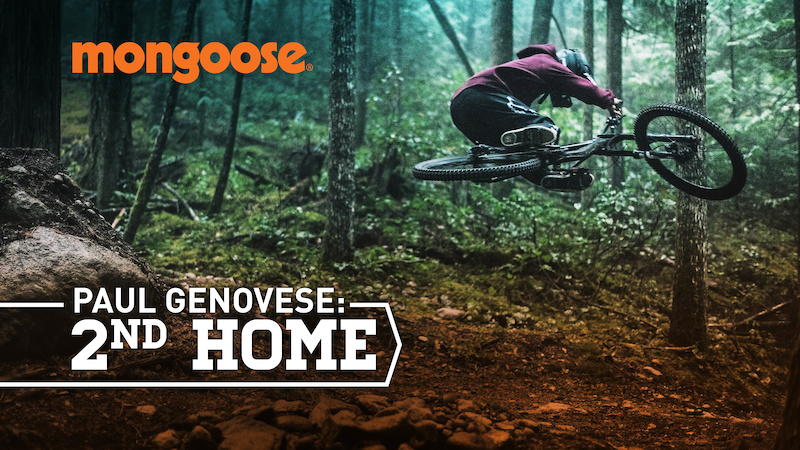 A big thanks to Mongoose, SRAM/Rockshox, Fox head, Chromag and Fernie Physio for the support! Also a shoutout to Coast Gravity Park, The Coastal Crew, Logan Peat, Nick Tingren, the Ride or Die crew and Mindspark Cinema who made this video happen. - Paul Genovese

Gilmarques (Mar 10, 2017 at 18:20)
someone that kinda reminds me the big ONE - SEMENUK - lots of style on the downhill bike, and great skills dirtbiking. More of this please !

darren853 (Mar 10, 2017 at 13:30)
with all those crazy spin and flip variations, that we see in competitions these days, it´s refreshing and nice to see ´simple´ well-extended superman seatgrab. And Paul has great style...oh and great house too !

lalientoxc (Mar 10, 2017 at 13:01)
I'm glad everything is working out for you man.. you put in a lot of hard work n I know it's hard to get sponsored even being that good. Keep it up bro hopefully we'll see more of this in the near future!!

GOGRANDE (Mar 10, 2017 at 15:29)
Paulie has it all...Rad moto style, crazy combos, and incredible Italian hair. This one got me really stoked for sure. Killer stuff man!

plyawn (Mar 10, 2017 at 14:58)
He makes that ending tuck no hander to tail whip look deceptively easy. I gotta believe that a late whip leaves no room for error

allbiker (Mar 11, 2017 at 11:42)
Sick talented rider and I did enjoy watching it. Just took me somewhere to the woods for a few minutes , them I realize I'm still up front my laptop screen :-D

FrozenTreads56 (Mar 10, 2017 at 17:09)
@trailrider1127: sorry downvoted by accident, I agree it does fit well, if you start it at the right time it coordinates pretty well.
but tbh I think the music already in it is better lol