Growing up on the outside looking in, Vancouver’s North Shore epitomized what I wanted mountain biking to be. Split times and podium finishes didn’t seem important there, and the trails in photographs looked raw rather than refined. The North Shore had a mesmerizing draw about it that let my imagination run wild, even from 1000km away. I wanted so badly to understand the networks of the three legendary mountains between Deep Cove and Horseshoe Bay. On a map it was clearly a finite amount of space, but as I stared at magazine photographs, and watched films on repeat, it sure seemed like an endless forest. From the foothills of Alberta, my surface understanding of the place drew a few obvious conclusions. The riders were revolutionizing what it meant to ride a bike, the trail building was influencing trails around the world, and both of those together made for some of the most stunning photographs I’d ever seen. 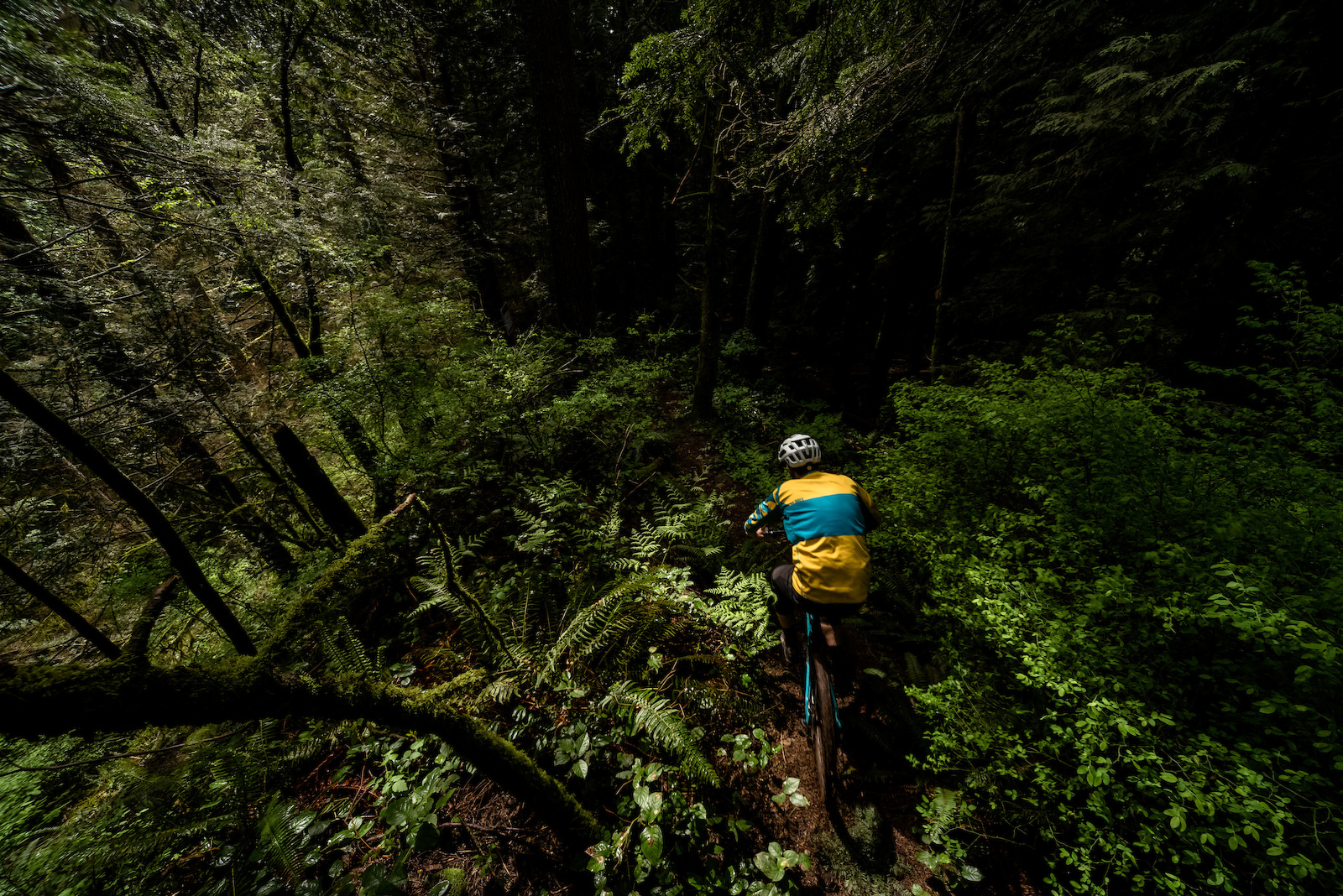 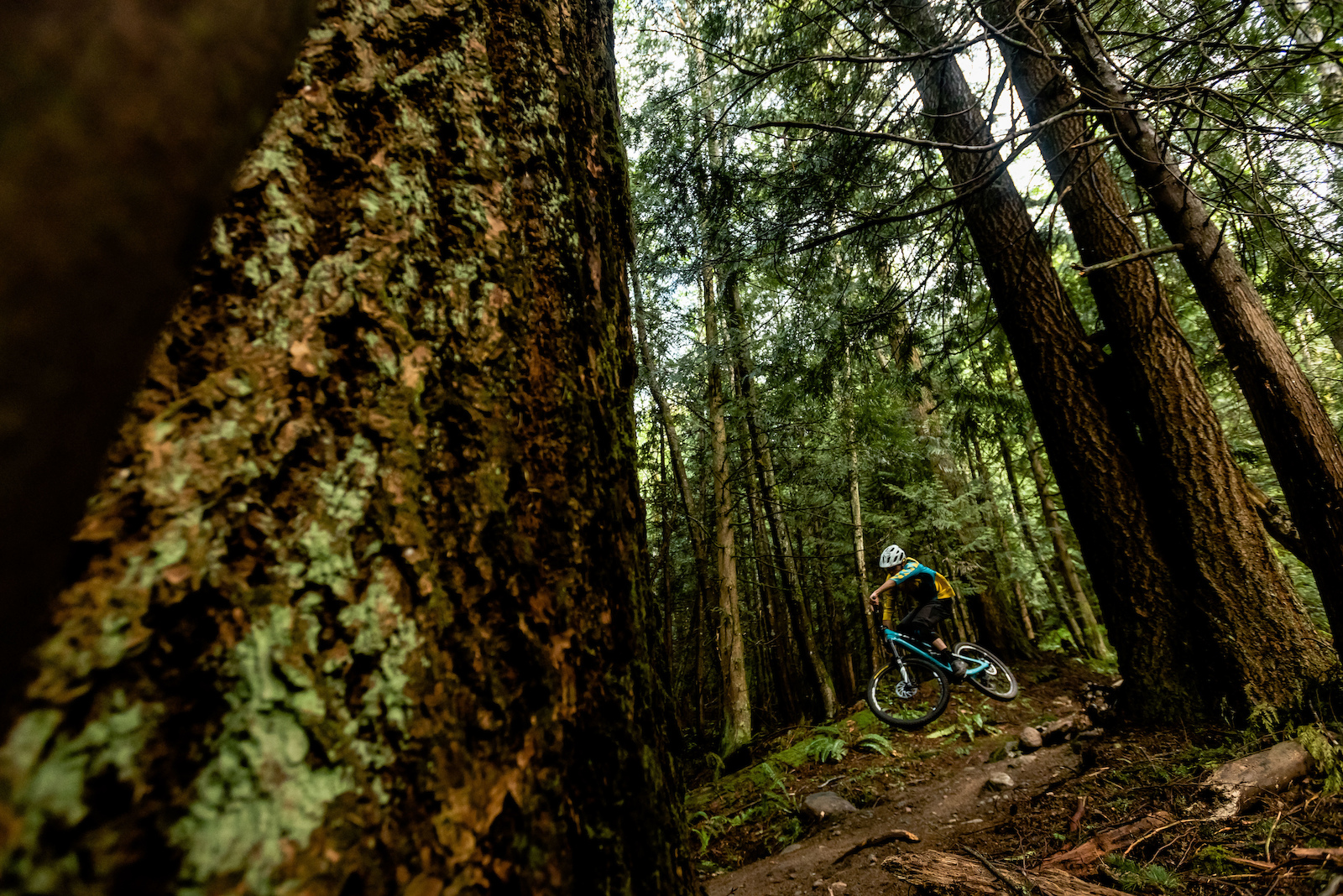 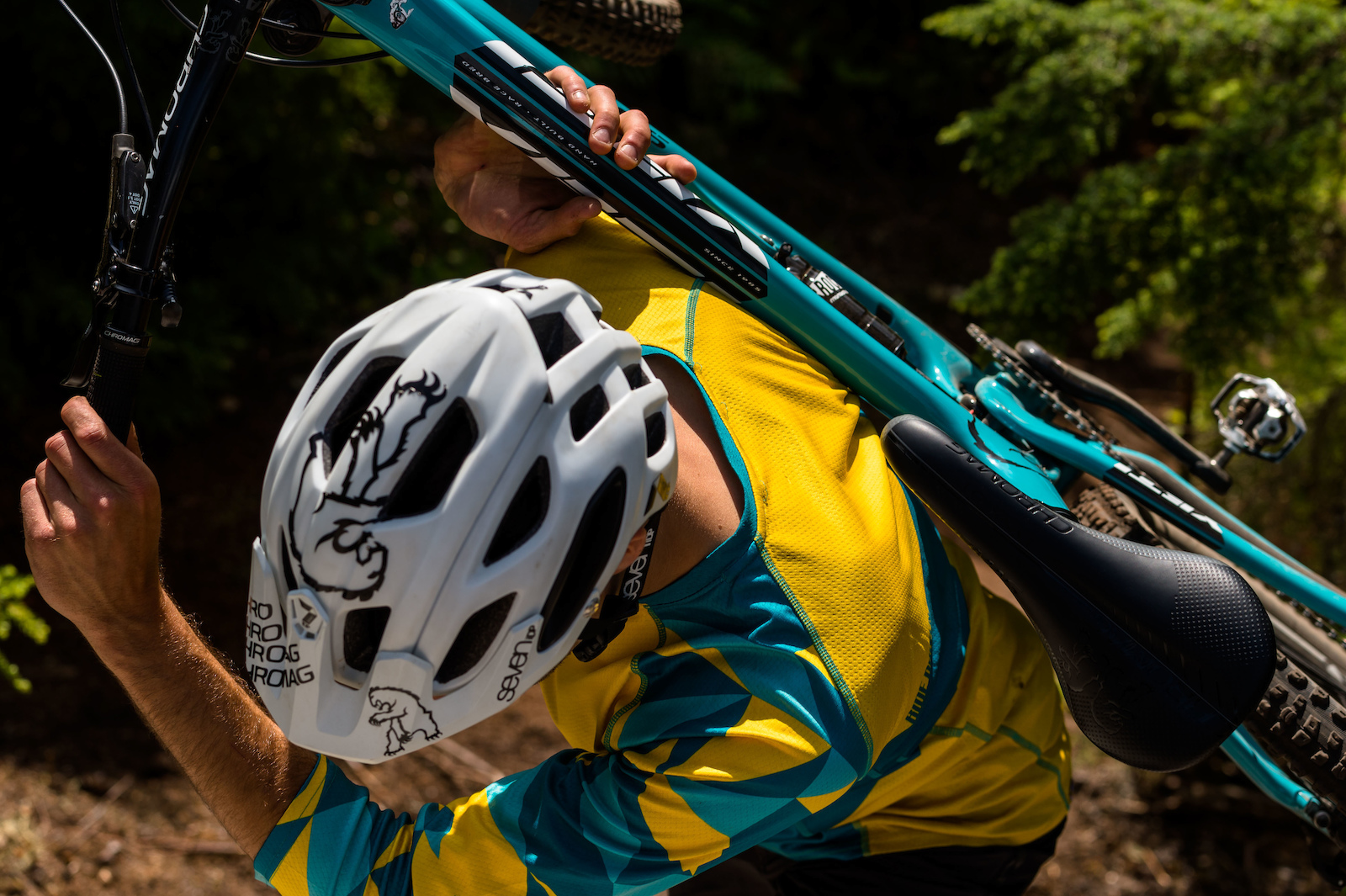 When I first met Wade, I was living in Whistler and was enamoured with riding the bike park day in and day out. Every time I’d come down to ride the Shore, I made a million wrong turns, chose horrible routes, and couldn’t figure out why it was the complete opposite of what I had dreamt up in my head. Wade’s famous for saying things like, “When you’re ready, the trail will find you” or “This is the Shore, buddy… the more you put in, the more you’ll get out.'' His ambiguous statements start to make more sense when you ride with the guy. The Shore’s network is a maze of greatest hits with no room for complacency. It’s in both Simmons’ and the Shore’s character to be challenging, relentless, and truly awesome. 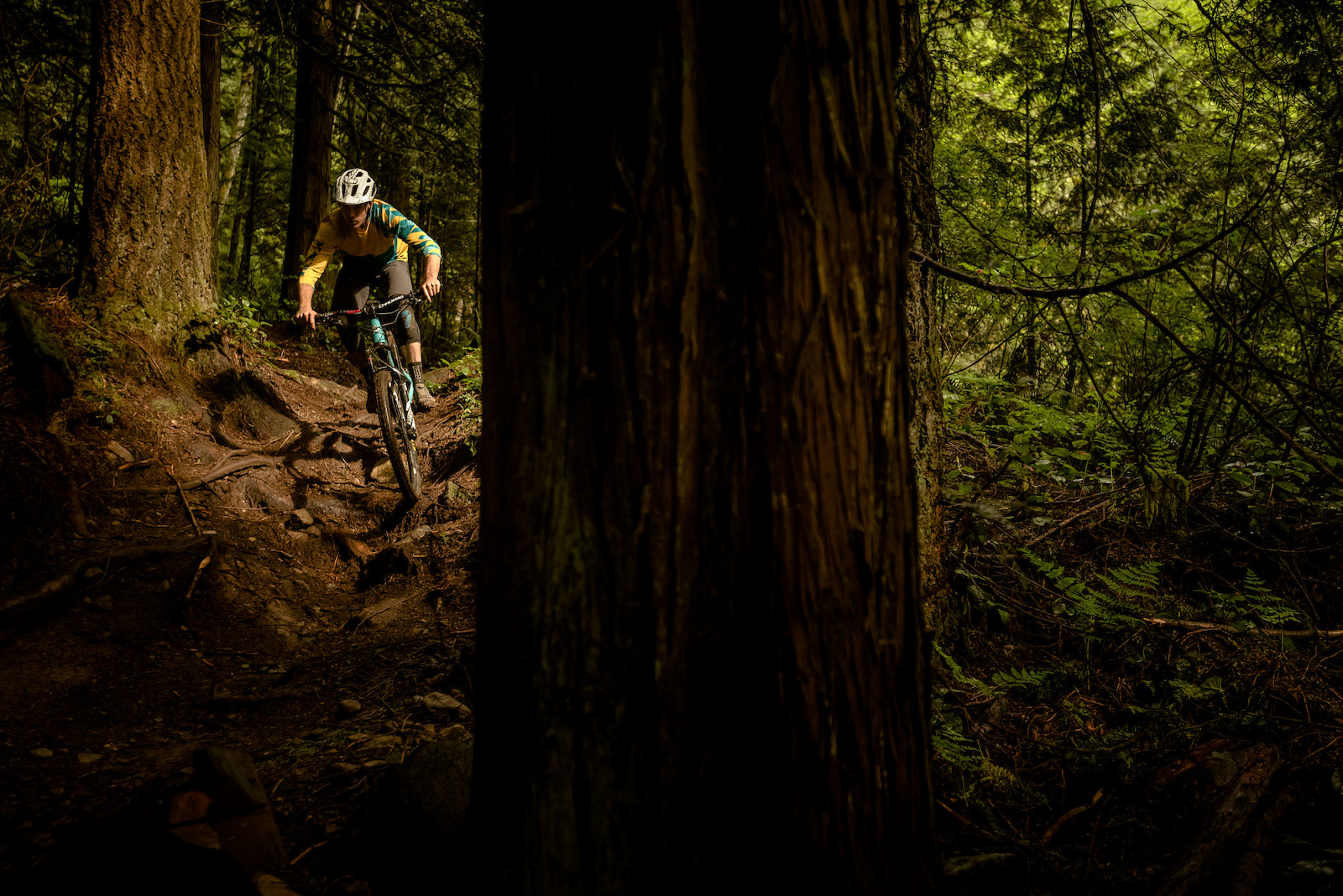 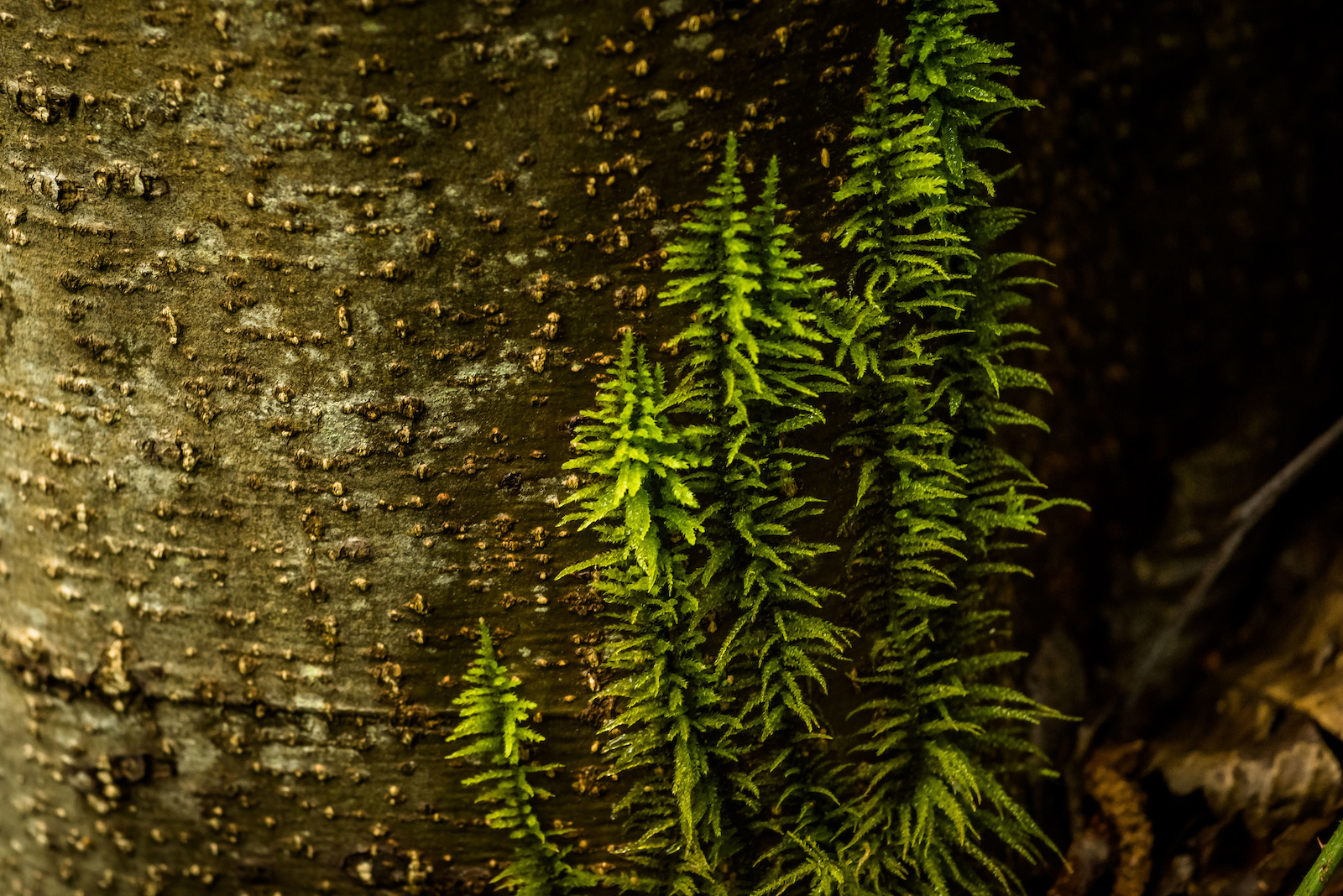 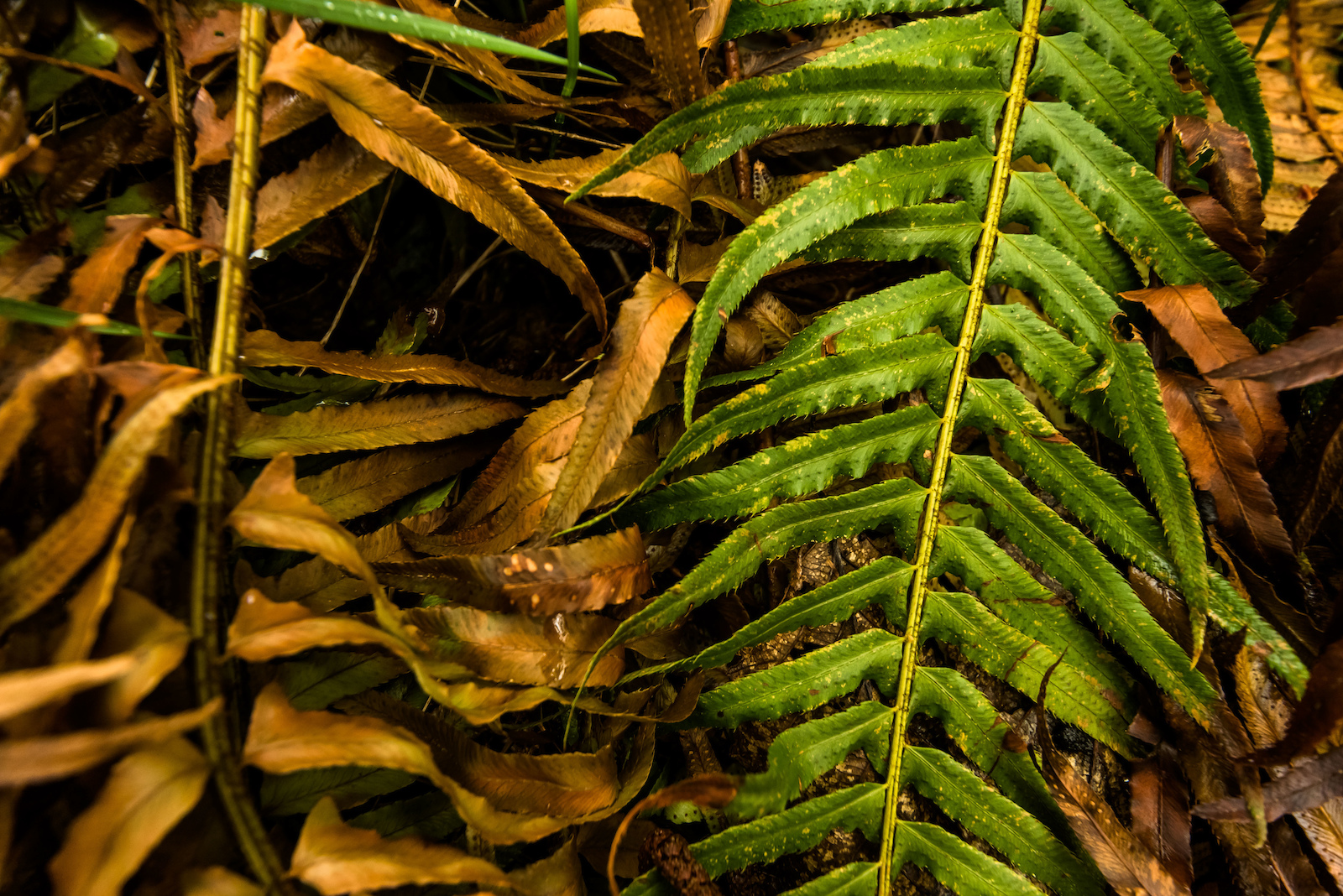 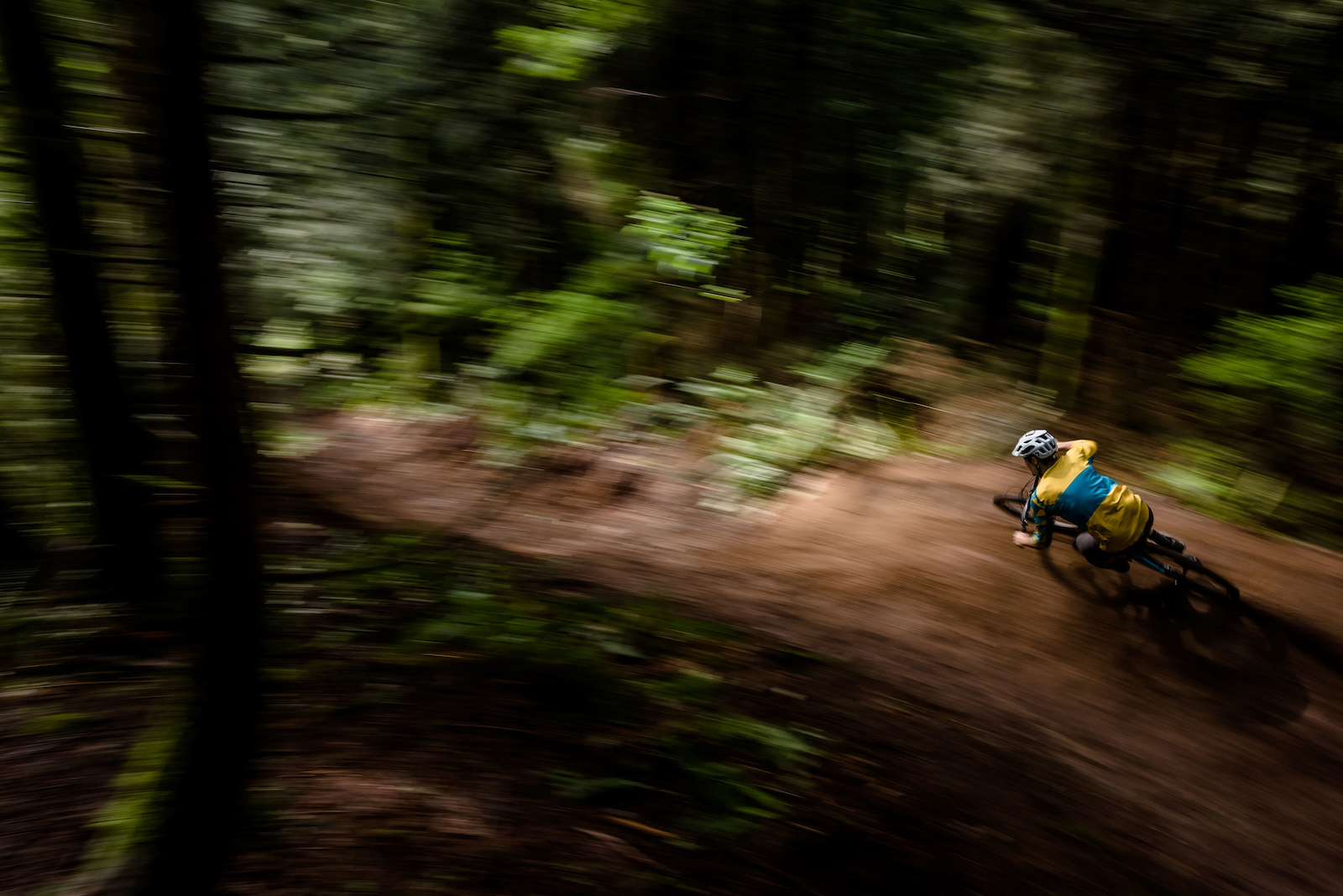 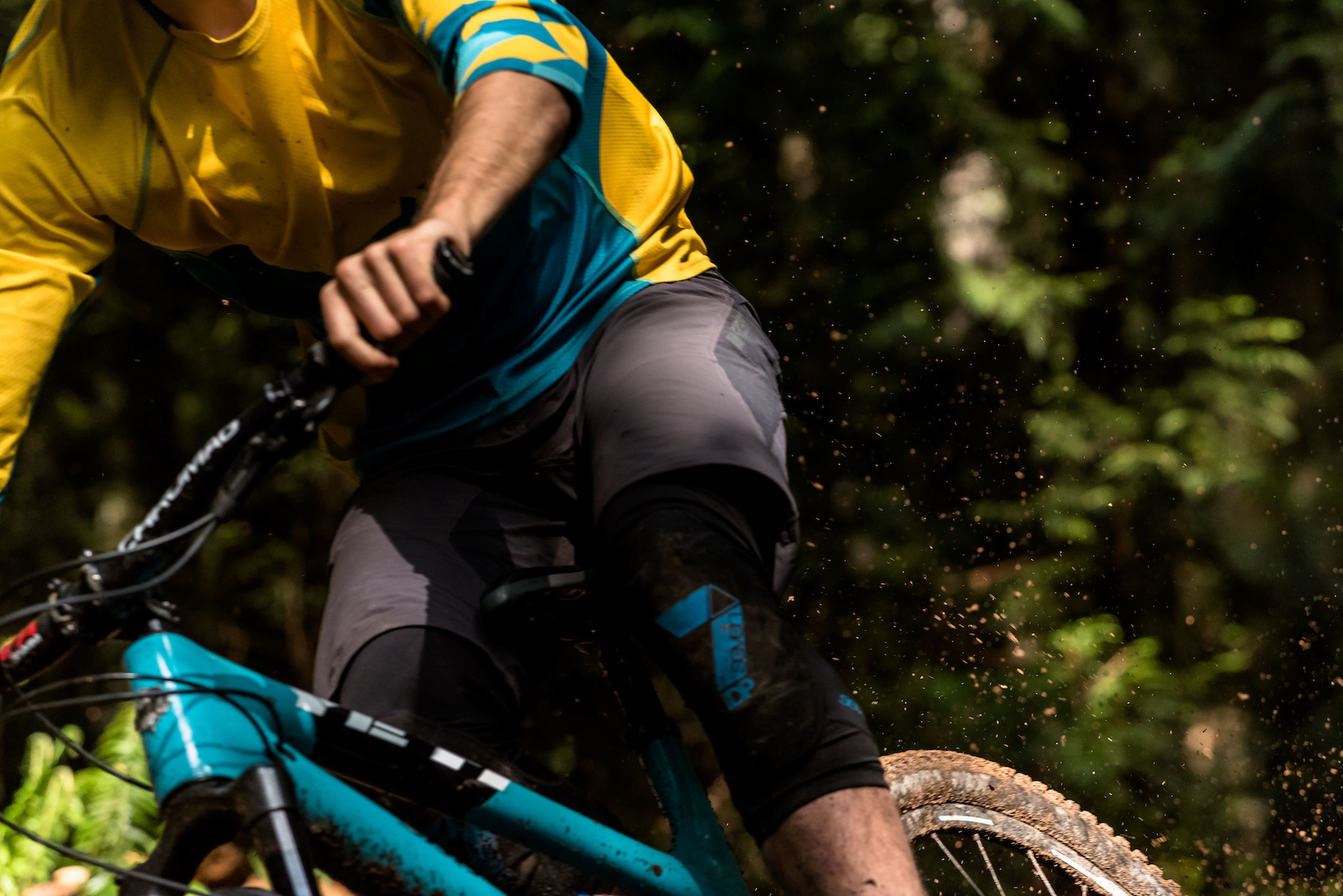 The backyard of my home in Calgary was taken over by my brother, Peter, and I for a few years. We’d build ladder bridges from scrap wood, and elevate them using the sawhorses from our dad’s workshop. At one point we had ladders and skinnies stretching the entire width of the yard. They gradually rose up to drop off the fence, out of the yard, and into the street. The novelty of riding these suspended sidewalks has worn off for what feels like most riders, but it still puts a smile on my face. 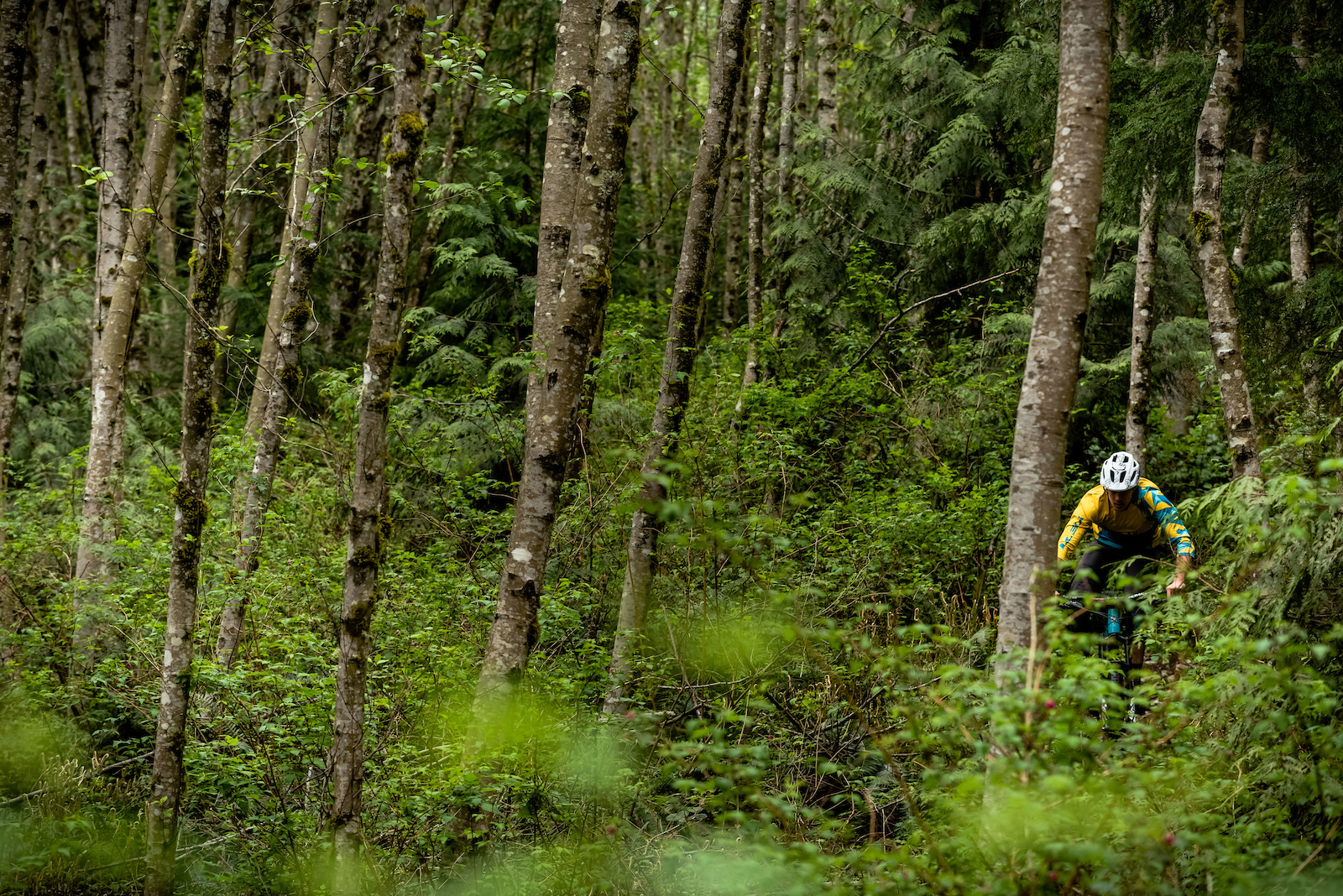 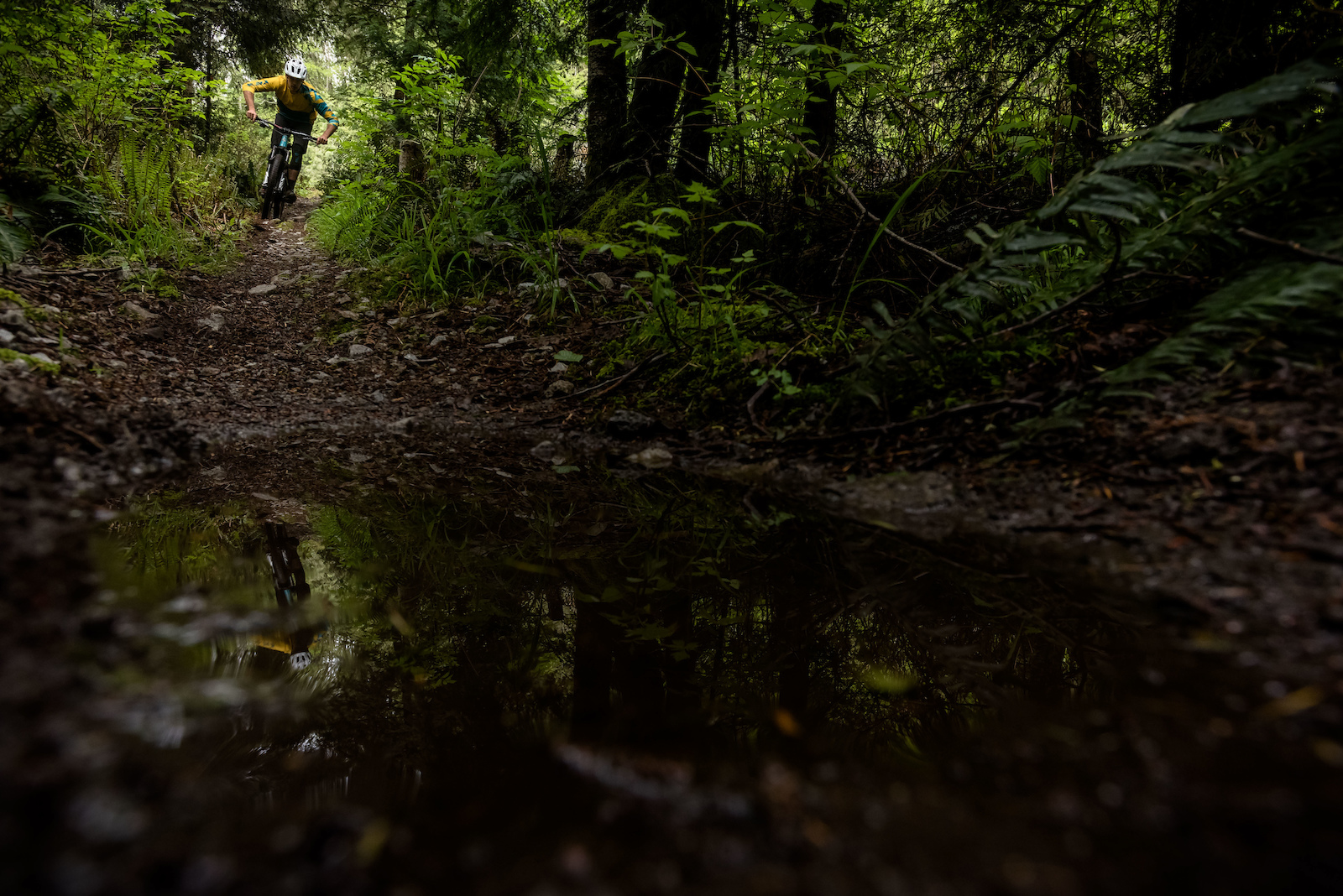 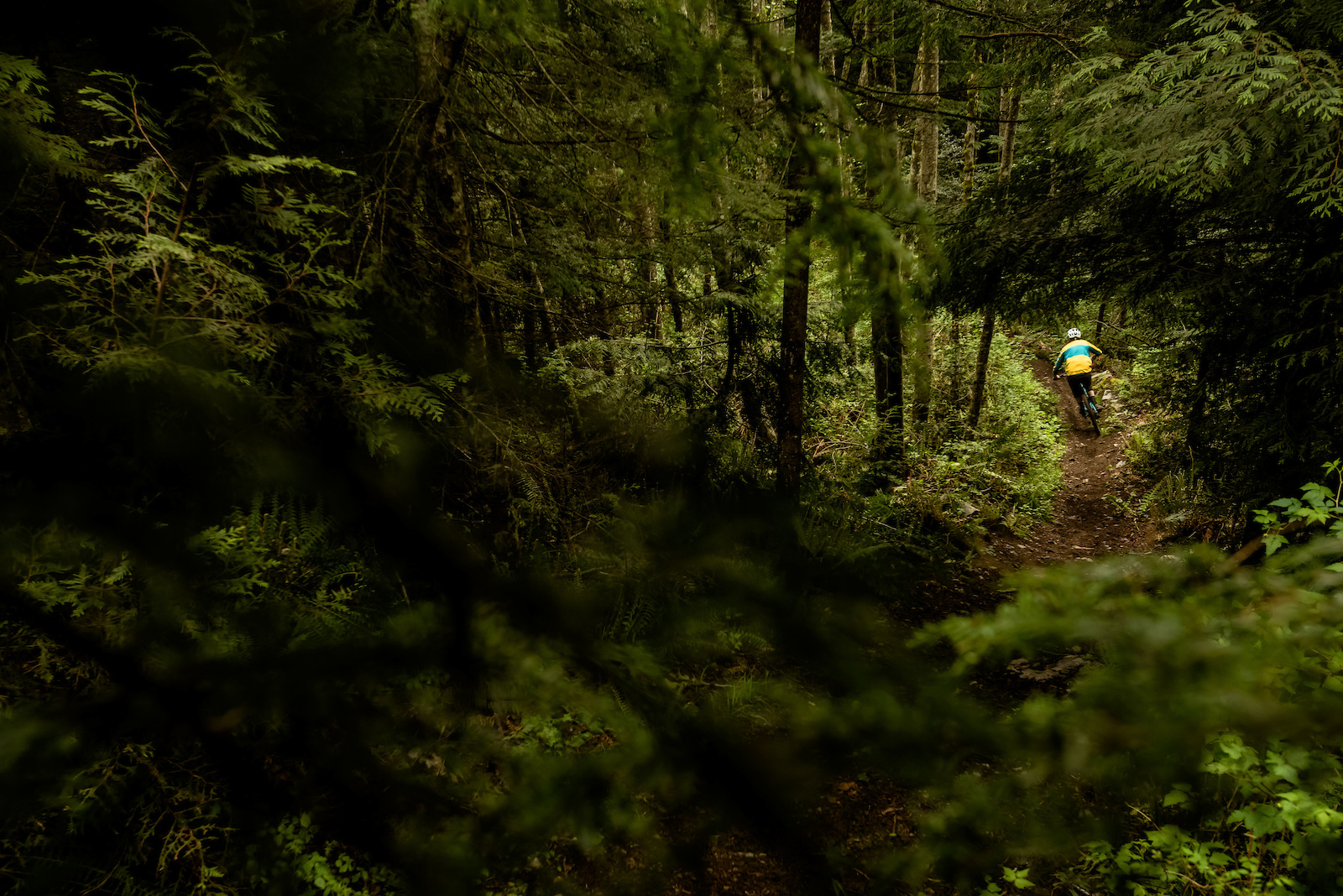 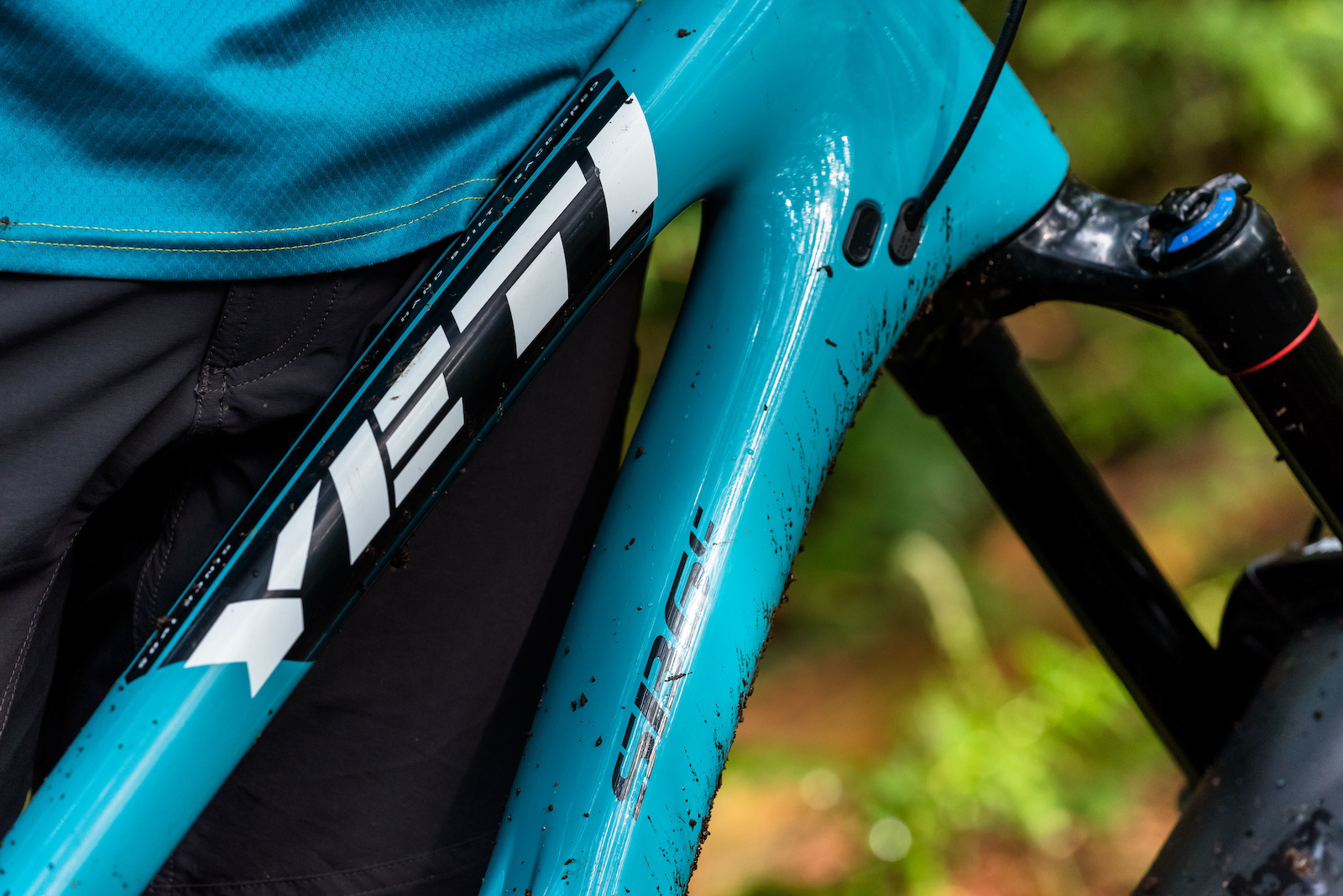 We get to ride and play in amazing natural places that lend incredibly well to creating stunning riding photos and videos. As mountain bikers, we’re media rich with a never-ending stream of high quality content to passively glance at. The vivid photos of the North Shore from the late 90’s and early 2000’s have left unforgettable impressions on my mind. They represented so much more than just action images to me, it was visual proof of the life I wanted. 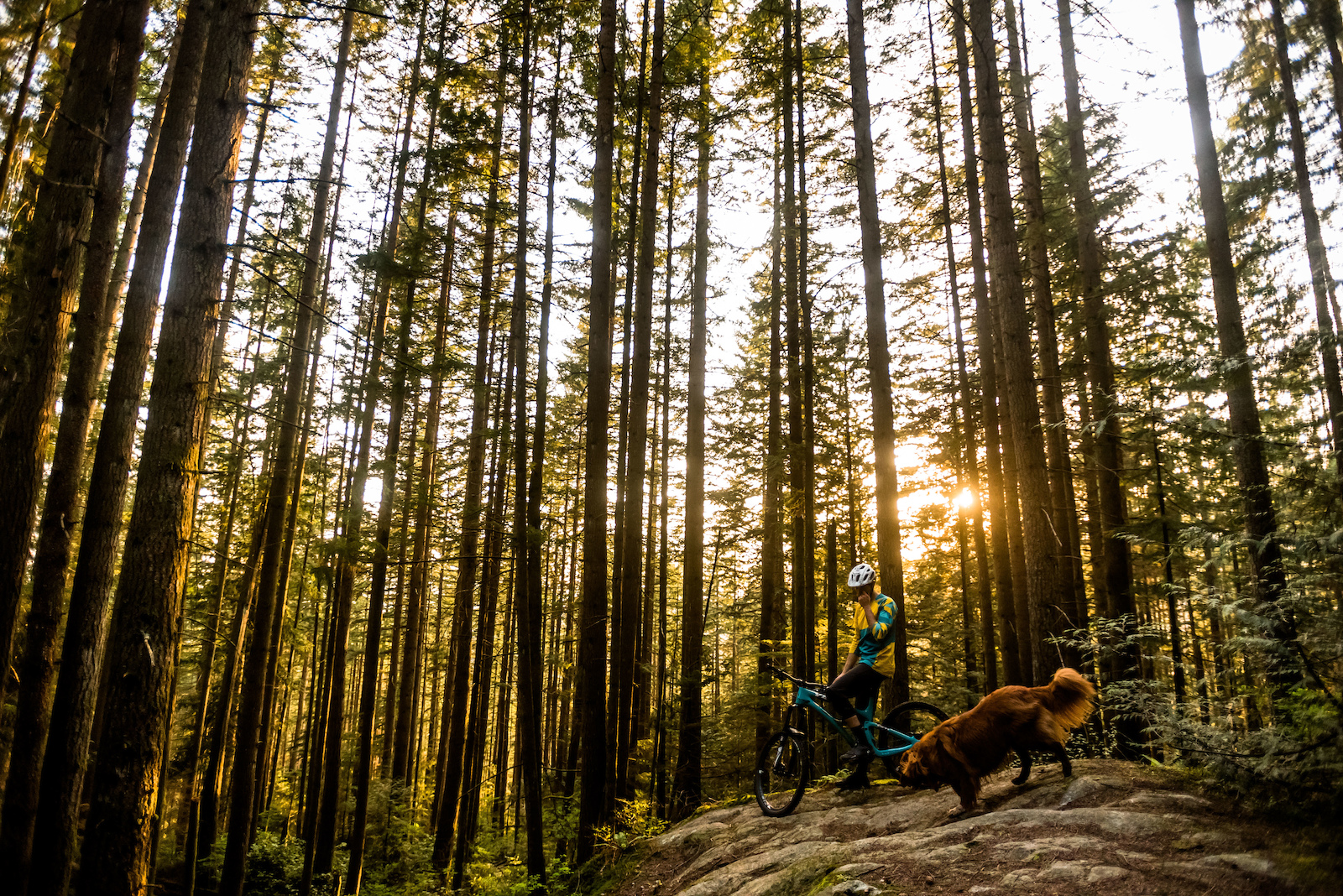 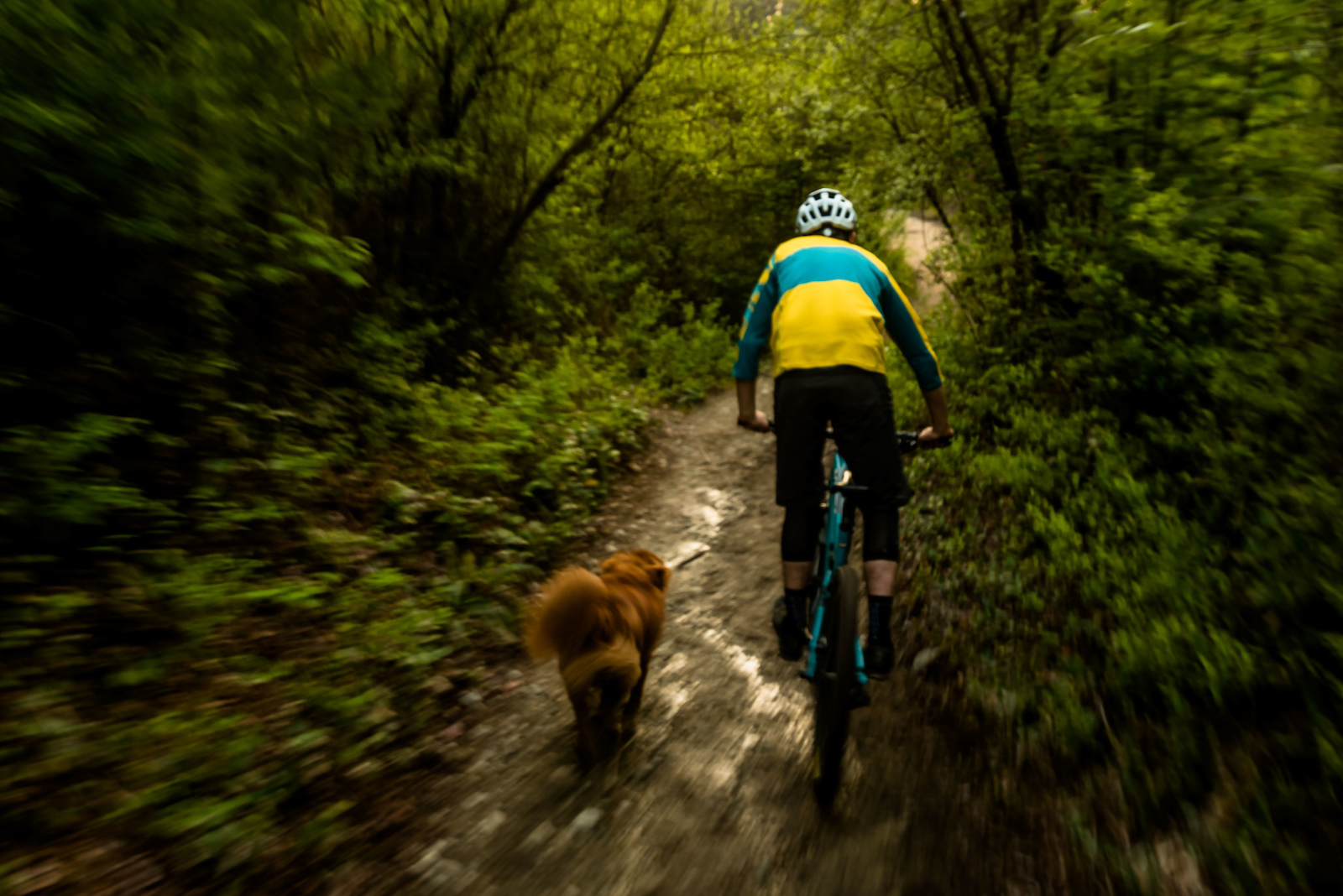 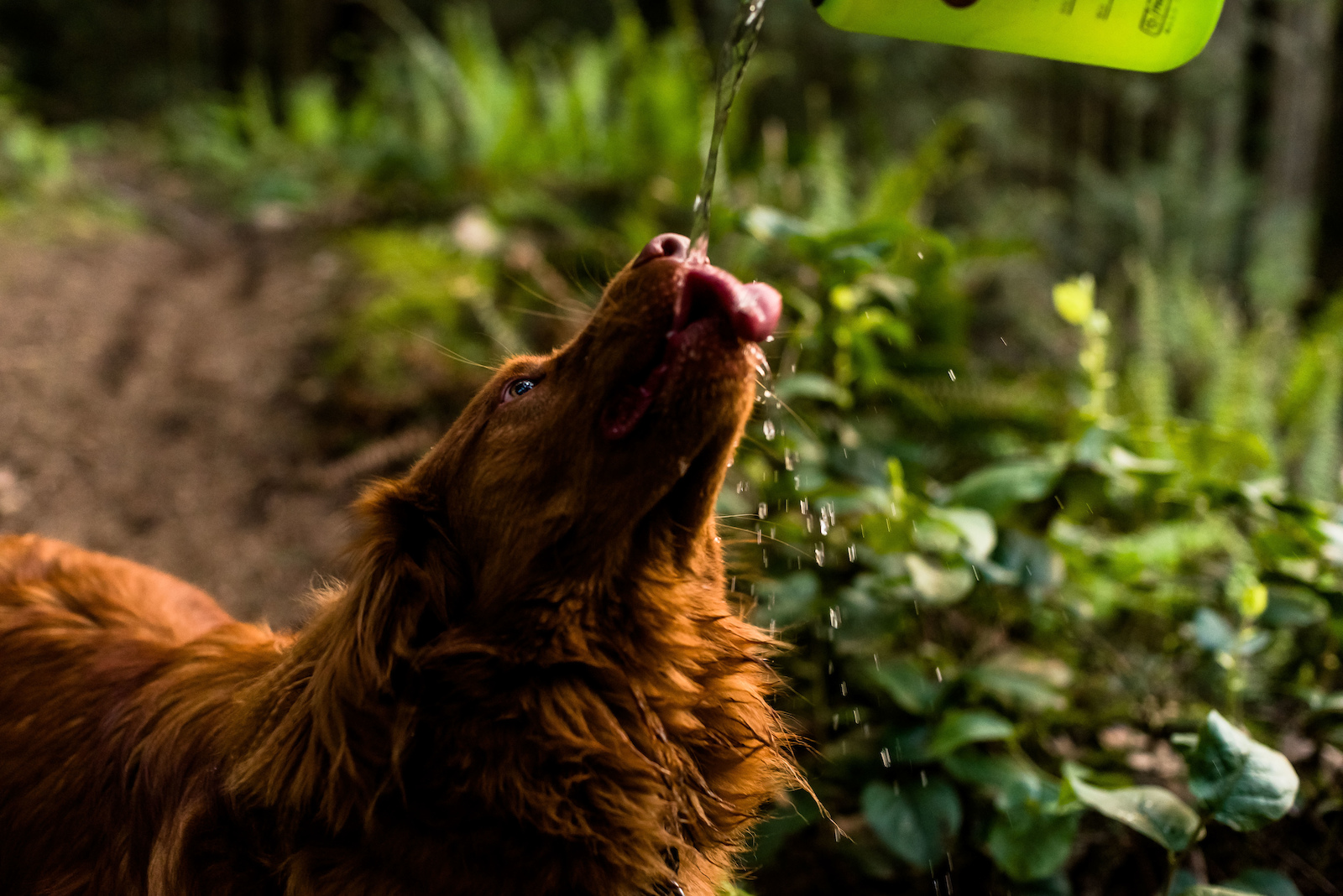 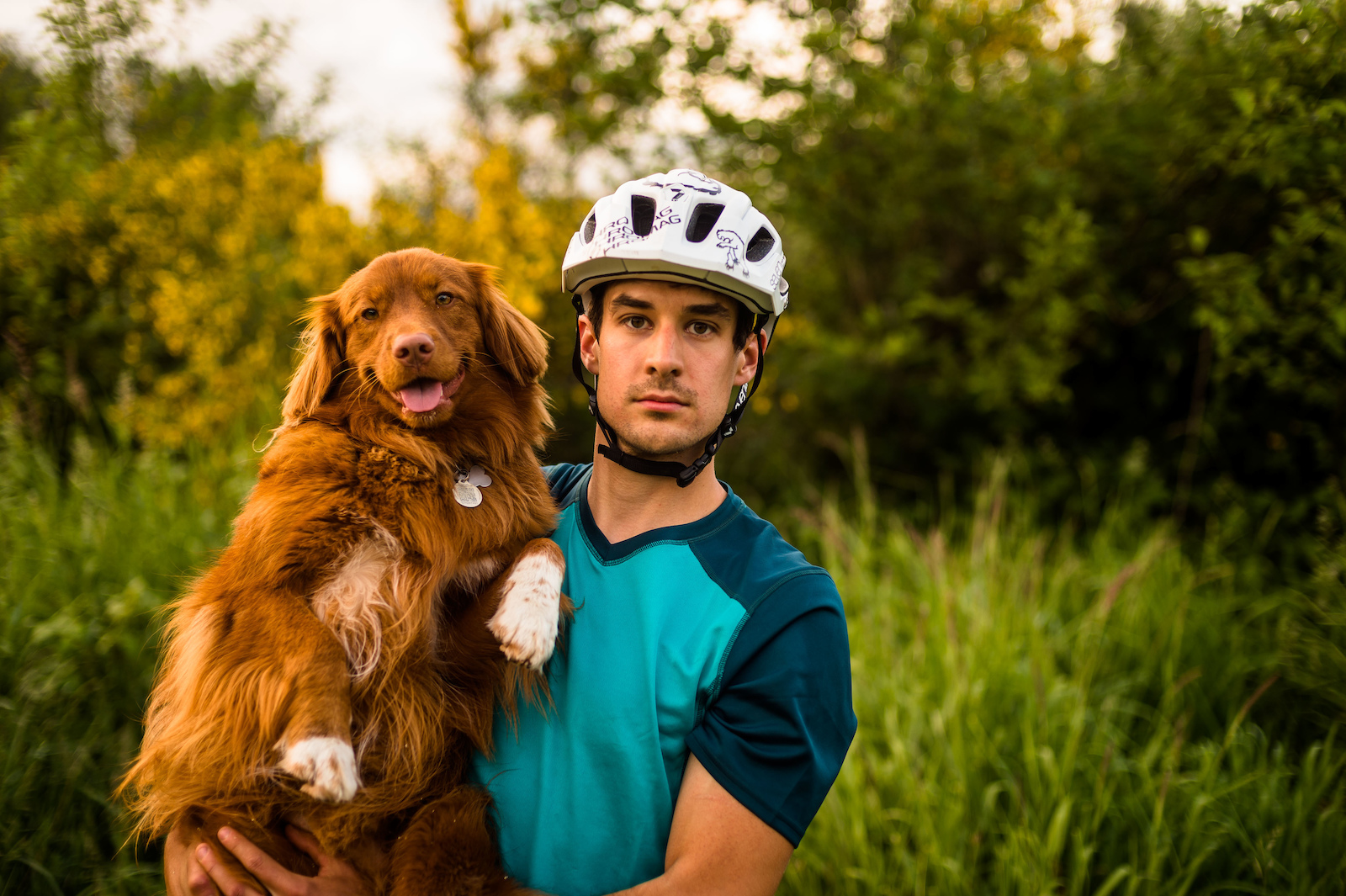 I now call North Vancouver home, and I’m proud to be a rider in the community here. I’d like to thank Wade, Digger, and Sterl for not only helping with this project, but for the continued inspiration they’ve given
me over the years. See you on the trails! 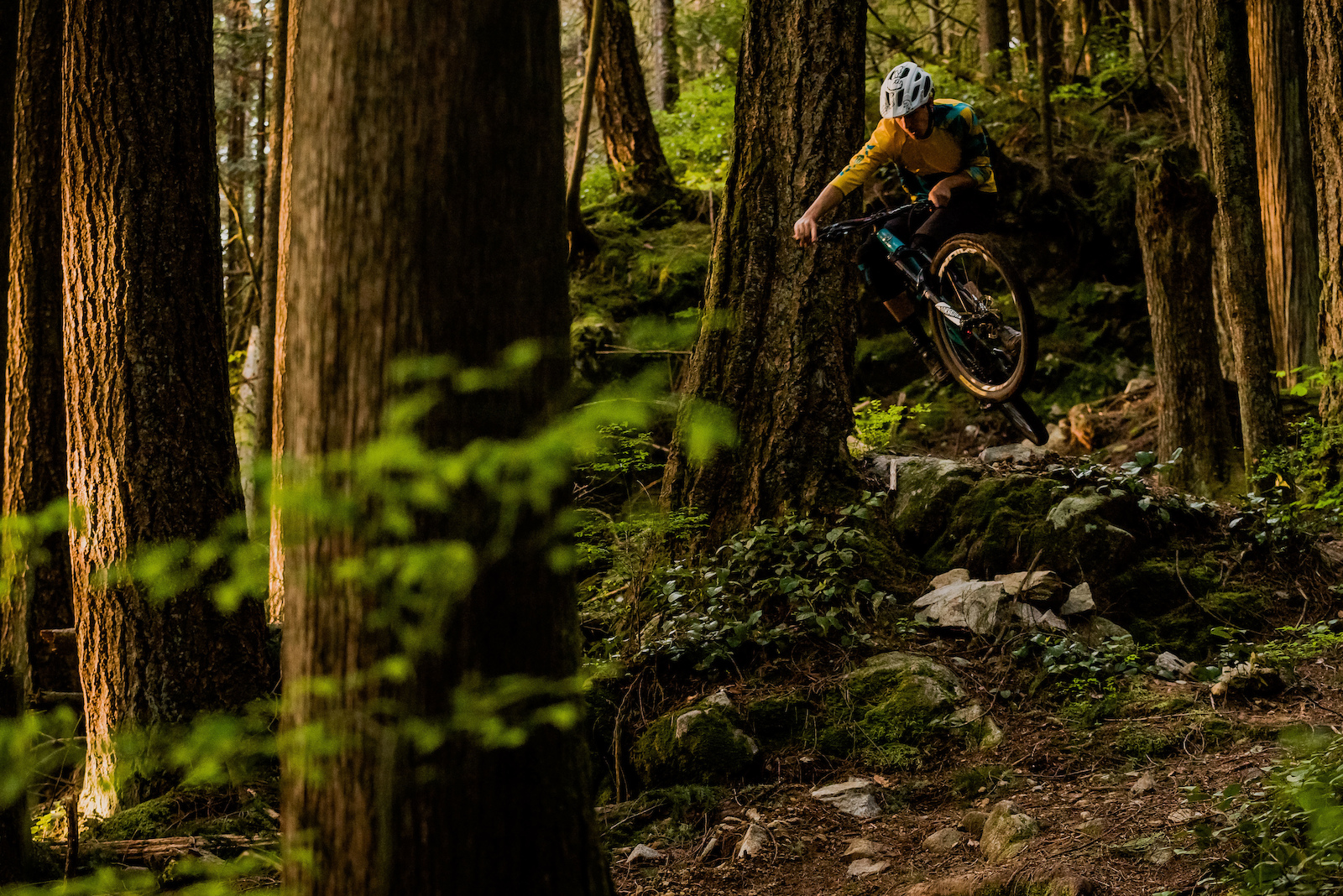 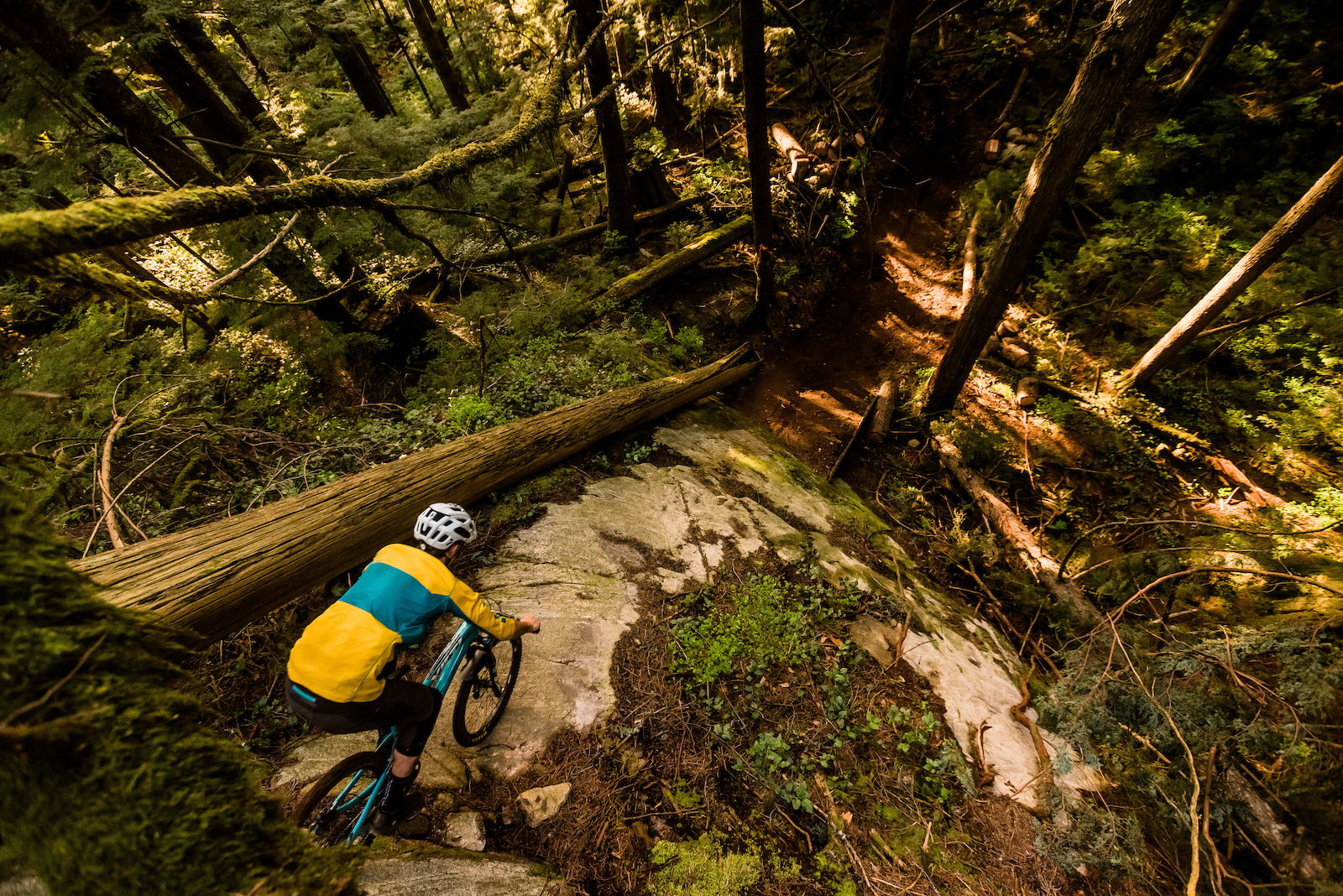 SubMarined (Jul 6, 2016 at 0:44)
2:00 - That feeling, that shot. Beautiful.
Whenever I see new stuff from Scott, I make time, grab a cuppa, stick my headphones on, sit back and immerse, and he never fails to deliver.
Somehow, you just capture the essence of everything I love about riding. As long as you keep making these @scottsecco, we'll keep watching.

scottsecco (Jul 6, 2016 at 23:09)
Hey @SubMarined, thank you so much for the kind words! That's so cool to hear you enjoy my work. Really appreciate you watching the video and taking the time to comment, it means a lot to us filmer types.

jeremeybyrne (Jul 6, 2016 at 1:44)
Nice video Scott. Seconds into it I was thinking how much it was like a Life Cycles segment. Top notch stuff. Really awesome photos of some great riding too Reuben. Cheers guys.

FreeHillDownRider (Jul 6, 2016 at 10:27)
Life Cycles is still one of my favorites. Hell, it might be my favorite with Strength in Numbers in second place.

Good video though, I definitely dug it and have the itch to go ride again now.

compulsivebikewasher (Jul 6, 2016 at 5:07)
Yeahh talking about leaving it all behind and the life I always wanted, I'm moving from Brazil to Vancouver in october. Let's hope everything works out (this meaning I need a job, a new bike and some friends to ride with

carbonbootprint (Jul 6, 2016 at 17:29)
@powderturns: Seriously. I think a lot of people don't take into consideration how absurd the housing and rental markets are here. Almost as hard on the shore to find a place as it is downtown or in East Van. Shits bonkers.

geoff-dub (Jul 6, 2016 at 21:28)
The riding is awesome everywhere not just the shore. The Valley, Sea to Sky..... everywhere.... you have made a good choice. Message me when you come and I'd be happy to show you around the trails, been riding with a good group of guys. Also if you need a job and aren't afraid of labour I could probably hook you up somewhere in construction.... that's the one uptick of the crazy housing market is construction jobs are rampant at the moment.

mhoshal (Jul 7, 2016 at 5:19)
@myfriendgoose: that's why I chose Naniamo way cheaper than vc and only a ferry ride away. Unfortunately I had to move back to Onterrible because of family issues but I will be back!!!

sngltrkmnd (Jul 7, 2016 at 10:25)
@mhoshal: I'm soon leaving Seattle for Bellingham... Close proximity to the shore, and even closer to the trails I can ride every day.

carbonbootprint (Jul 7, 2016 at 15:16)
@sngltrkmnd: Thats a wise move. Get a Nexus pass and you're chilling! Also Wander Brewing is one of the best around. For sure check out the valley systems like Bear/Red, Vedder, and Woodlot. More trails within an hour of Bham than you could ride in a year, and most of them are empty during the week.

compulsivebikewasher (Jul 8, 2016 at 5:23)
Thanks @CrazyHorse4 and everyone here. I will be in touch

I would love to know his rider weight and what PSI/Bar he was running at the time.

The lowest I've run is 24psi rear tire and 24psi front. Felt grippy and helped soften the ride but I didn't feel too confident over roots and rocks at high speeds thinking I'd just bang my rims up.

I'm 145lbs @24psi (sometimes) so I'm wondering if this is happening when I hit corners fast.

No where near your level though haha

russellpj (Jul 6, 2016 at 9:57)
I met Digger on a recent road trip up there. Such a nice, awesome guy and great history as one of the godfathers of North Shore trails. Thanks for the chat and all your work up there Digger! You guys are doing it right.

scottsecco (Jul 6, 2016 at 23:23)
Thanks @russellpj! So many legendary characters on the Shore, we actually had a tough time choosing who to feature. We really should have mentioned the NSMBA's tireless advocacy for all of us trail users. We're lucky to have so many technical and diverse trails.

mtbracken (Jul 6, 2016 at 0:39)
I live in Colorado and have ridden classics all over the mountain west. One of my most memorable biking experiences was a single day I got to spend on The Shore.

screwballscrambell (Jul 6, 2016 at 5:52)
canada they have it all ,rest of world take note!!! this is how you build trails ,bikes are designed and tested ,riding these trails cant beat that.

lalena (Jul 6, 2016 at 8:00)
Wow! So far, this is easily my favourite video of the year! I'm not sure if it's because I just drank a coffee, but I got the sweats watching this. I wish I could have this video play everytime I boot up my computer. Well done guys!

gramboh (Jul 6, 2016 at 16:19)
Amazing video, love your work Scott... oh and the riding wasn't too shabby either. I'm sitting in my office in downtown Vancouver staring across at Fromme, almost time to go home and head over for an after work ride. So lucky to live here.

sagalbot (Jul 6, 2016 at 16:29)
Great vid! I can relate to the words as well, growing up in Calgary, building sketchy stunts, now having made the migration to Van. I remember back in the day when I'd see Peter slaying the jumps at COP. Guy was a legend in my books growing up.

krager (Jul 6, 2016 at 11:11)
Can you put up a list of the trails you rode @stephen in this video? I recognise some but not all and would love to ride some of the others shown here. Where is that open section with all the BMX style rollers?

stephen (Jul 6, 2016 at 11:23)
Hey @krager, we put together quite the shot list for this project. The BMX style rollers are the new exit to Corkscrew under the powerlines on Mt Seymour. The NSMBA has been doing incredible work on our mountains here! (Become a member!)

Xorrox (Jul 6, 2016 at 14:36)
I rode by while they were filming this section (at 1:35) thinking "great, now I can finally figure out how you time these rollers by watching the video when they release it" since the spacing / timing is really tight and hard for me to figure out. I need to watch this section super slow to see how its done but honestly I don't think I'll ever get anywhere near as good as this, ever

gramboh (Jul 6, 2016 at 16:26)
@stephen: is that massive rock roll at the end built for this segment? Guessing it's not on a sanctioned trail

leelau (Jul 6, 2016 at 21:26)
@theedon: actually that slab is in Squamish where the best trails are. Everyone go to Squamish

stevev88 (Jul 7, 2016 at 12:02)
@leelau: that slab is much gnarlier than intestinal fortitude or penthouse slab, would love to see these slabs you speak of in squam

gabrielmedd1 (May 15, 2021 at 20:53)
@stephen: where is that big roll? I have been to seymour and have rode pretty much every loamer there and i cant seem to find it. Is it on seymour or another mountain

Uncled (Jul 6, 2016 at 13:00)
nothing, nothing, compares to the north shore, trust me I am an bearded elder. best video ever. for me this sums up everything about this magnificent bike thing we do.

blowmyfuse (Jul 7, 2016 at 8:02)
@scottsecco Any image or video of that long rock drop/roller with run out? Until I actually saw the boulder in the Garbanzo Zone under the lift, I never realized how improbably huge some of these rock run ins are. The one under the lift, even though at the end of the day, I walked back into the Demo Center and watched the video of it, just can't wrap my mind around it.

Ryanrobinson1984 (Jul 6, 2016 at 4:19)
I'm about to build a North Shore here in Wake Forest, North Carolina, with the same size trees, terrain, boulders, and an actual shore line

I don't know why you got negative propped, I thought your comment was funny!

road-n-dirt (Jul 6, 2016 at 13:17)
Not enough elevation to compare. There is just nothing like the Shore. Pisgah is the Shore of NC and it only has a fraction of the elevation. Good luck on your endeavor.

Sshredder (Jul 8, 2016 at 13:21)
A good representation of the North Shore. I have to laugh though as all those trails are empty of riders. They are all on the featureless boring flow trails.

deiru (Jul 6, 2016 at 6:29)
Truly awesome, the years I lived on the Shore were some of the best and really helped me become a better rider.