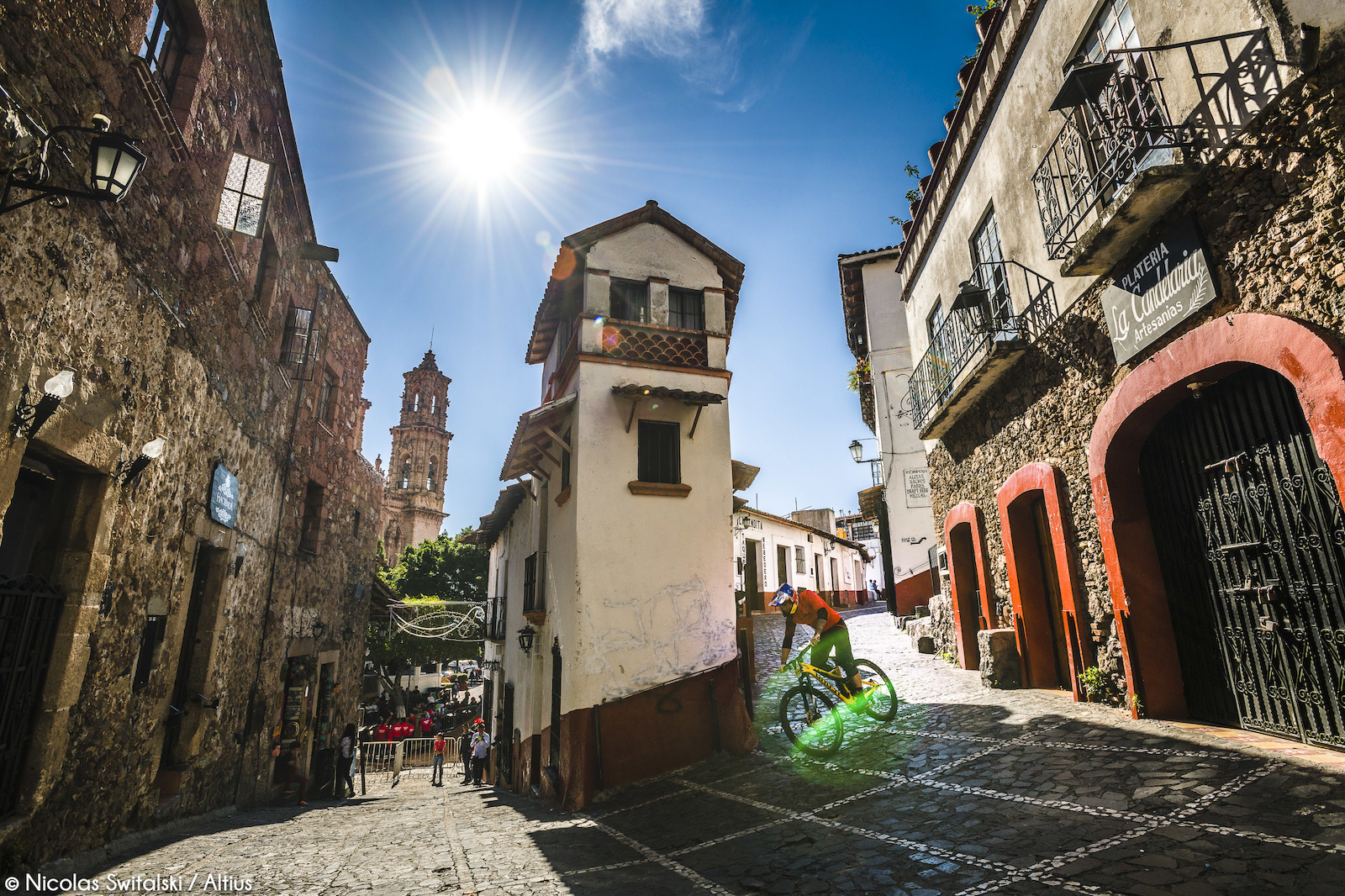 Stairs, Jumps and Piñatas
Words and images by: Nicolas Switalski
Tomas Slavik warming up on Taxco's alleys
Once again the streets in Taxco, Mexico were filled up with thousands of raging fans as this venue is famous for, and not unlike other years big names in Downhill and Slopestyle attended DownTaxco!

Every year more and more people attend Taxco to be a part of this amazing event. Locals are some of the biggest fans, know most of the big names, riders literally take ages to cross a short section of the town thanks to the endless fans that want their autograph signed, rockstars indeed, it is a sight to see!

The main event is divided into two contests, the DH part of the event which consists of the fastest of two runs, and the Best Trick contest, consisting on three jumps and the best score out of the three jumps combined gets the money! And... for its first time at Taxco a new contest that was truly a Mexican-style whip contest! A Piñata party! Two Piñatas were hung just between the main jump in Taxco's plaza and whoever broke the Piñata would get a 500 dollar price, no rules, just break the thing!

Check it out, see what happened... 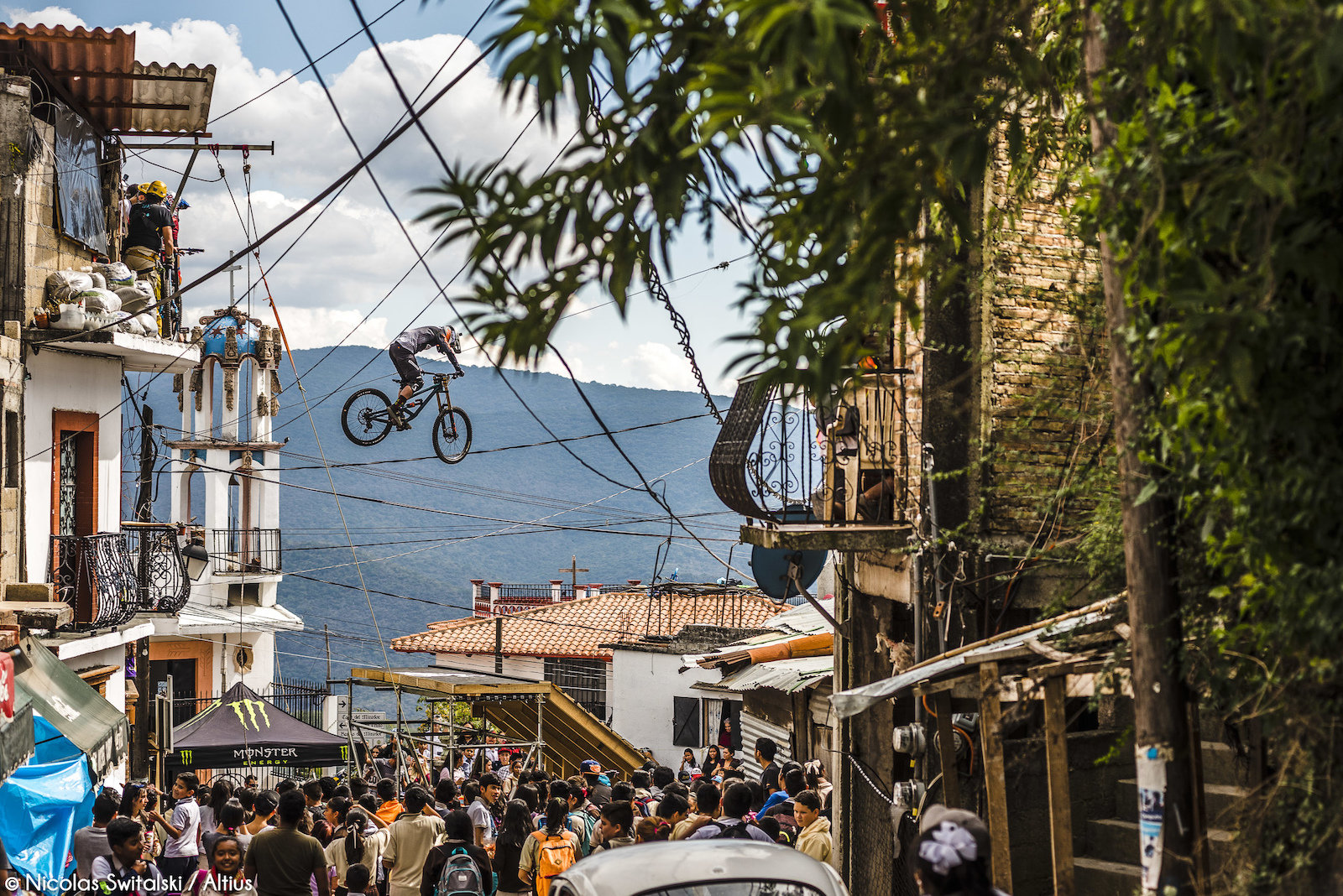 Perdo Ferreira from Chile right out of the starting drop 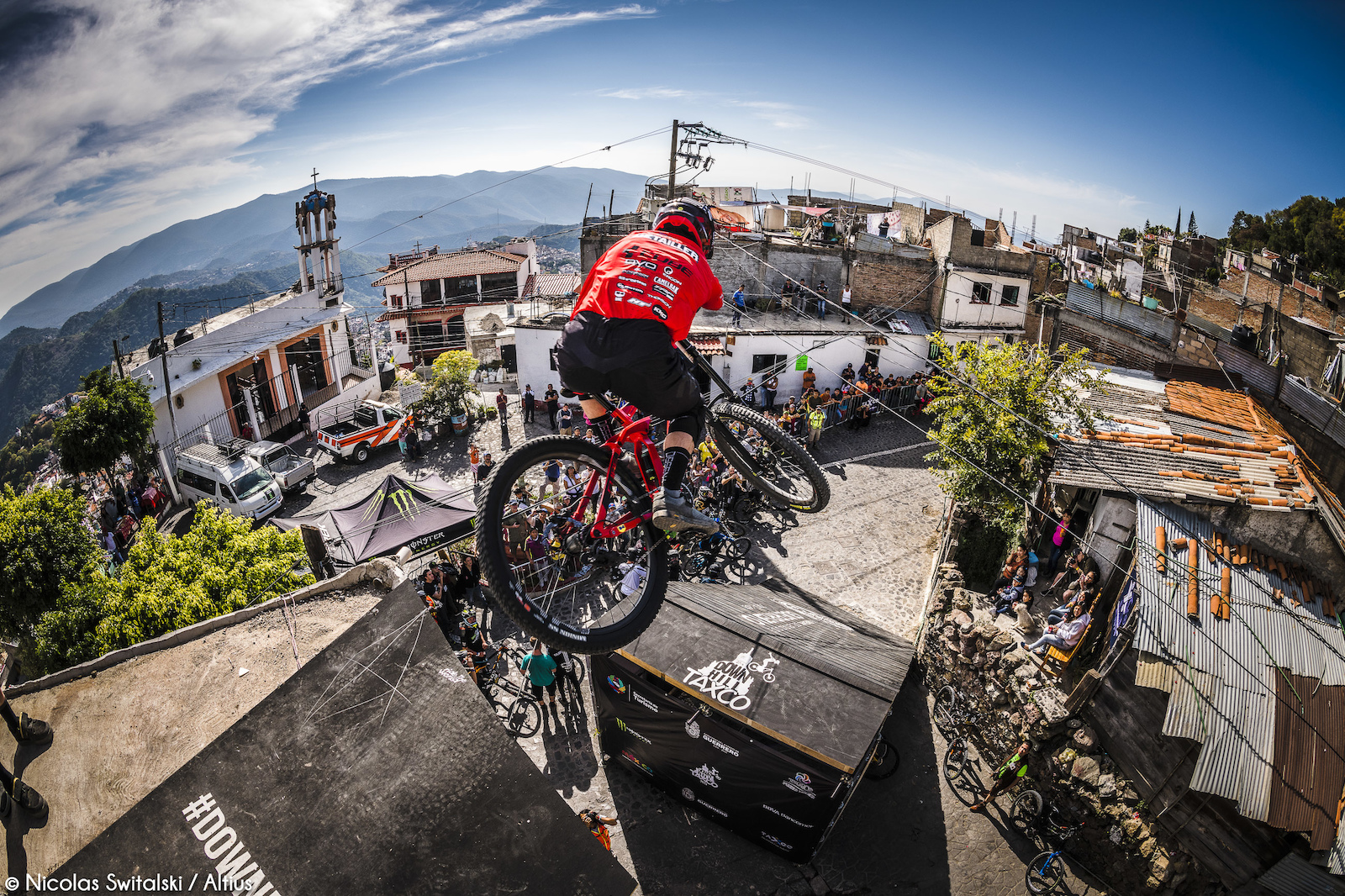 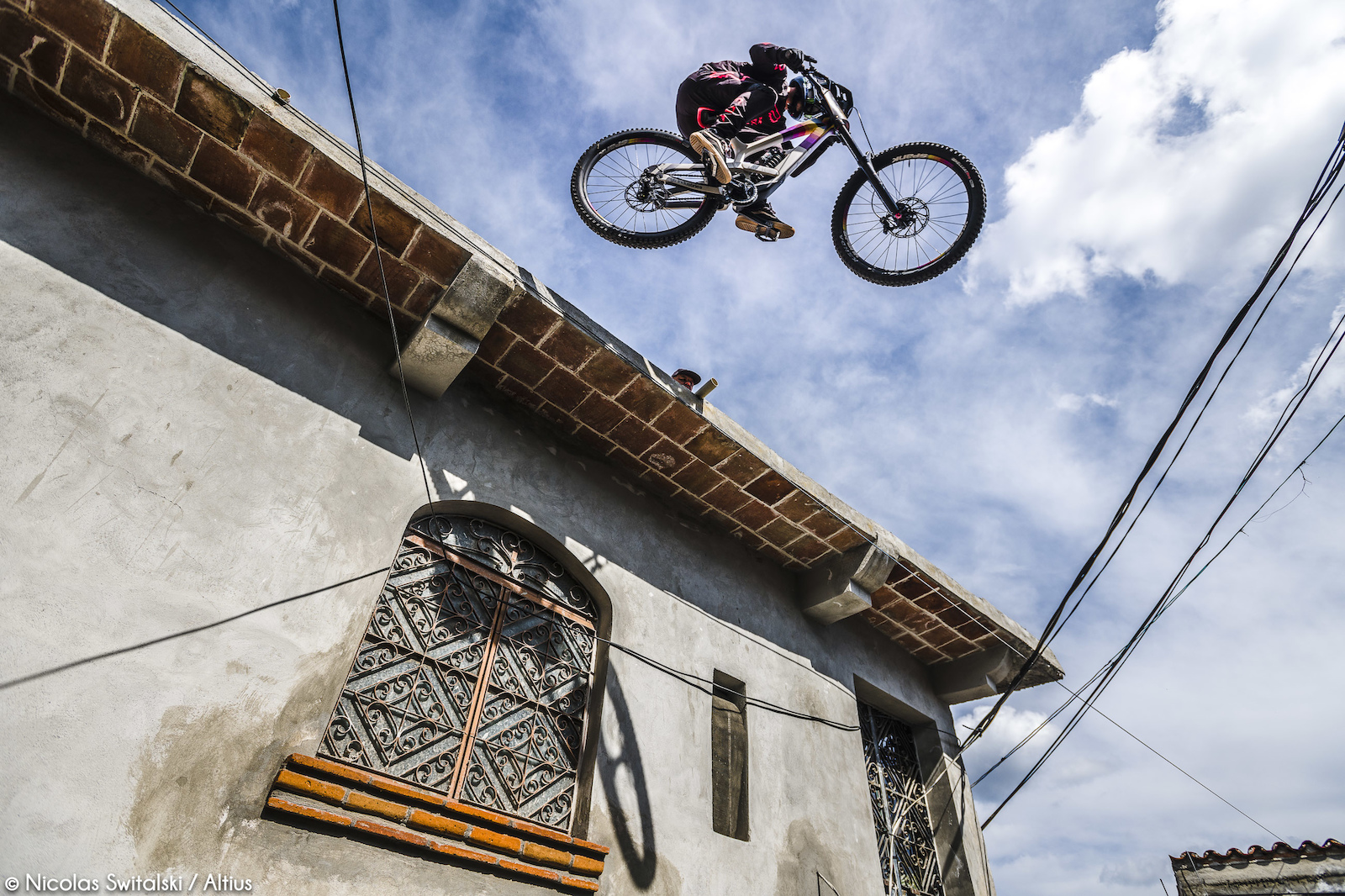 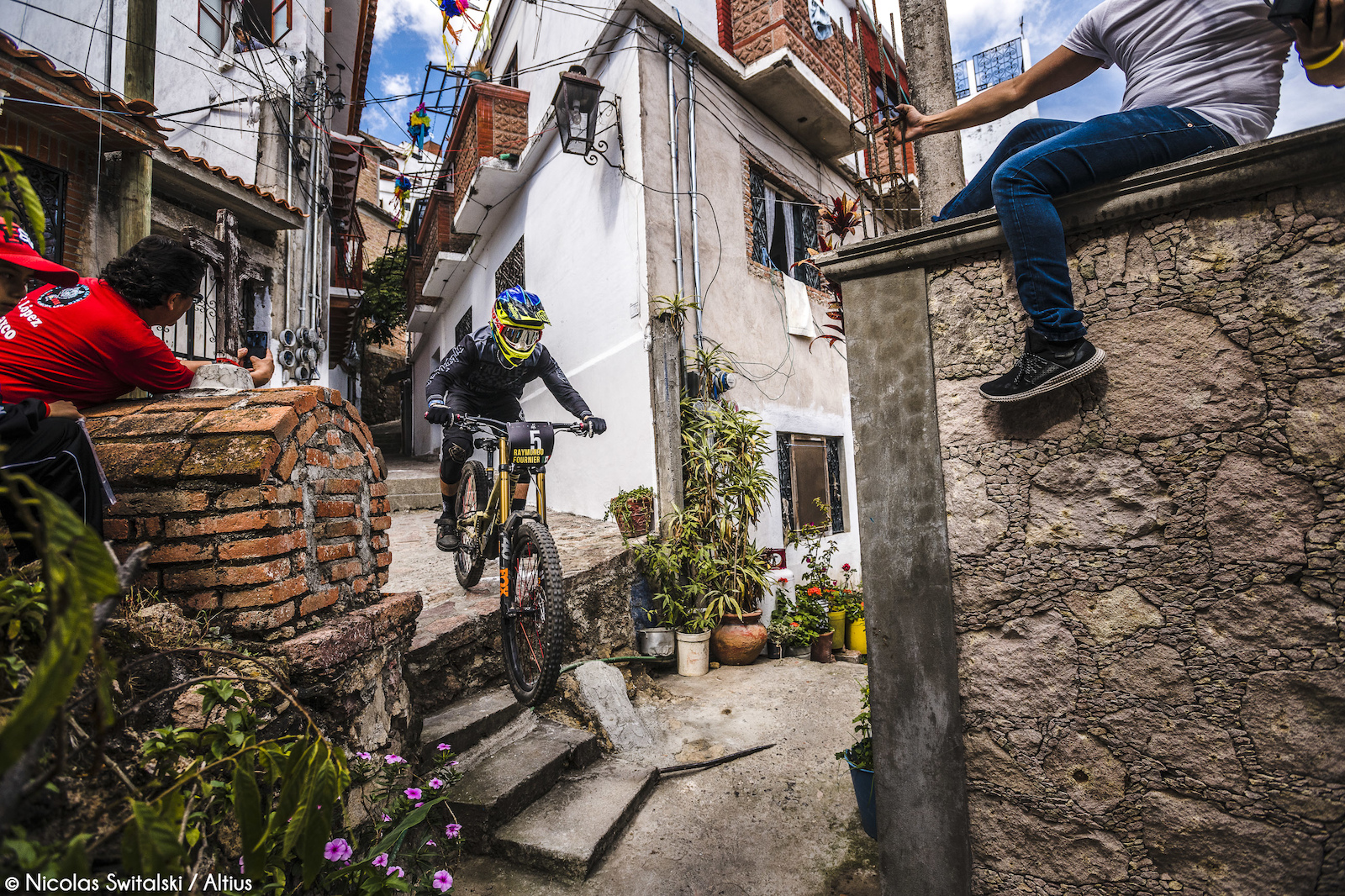 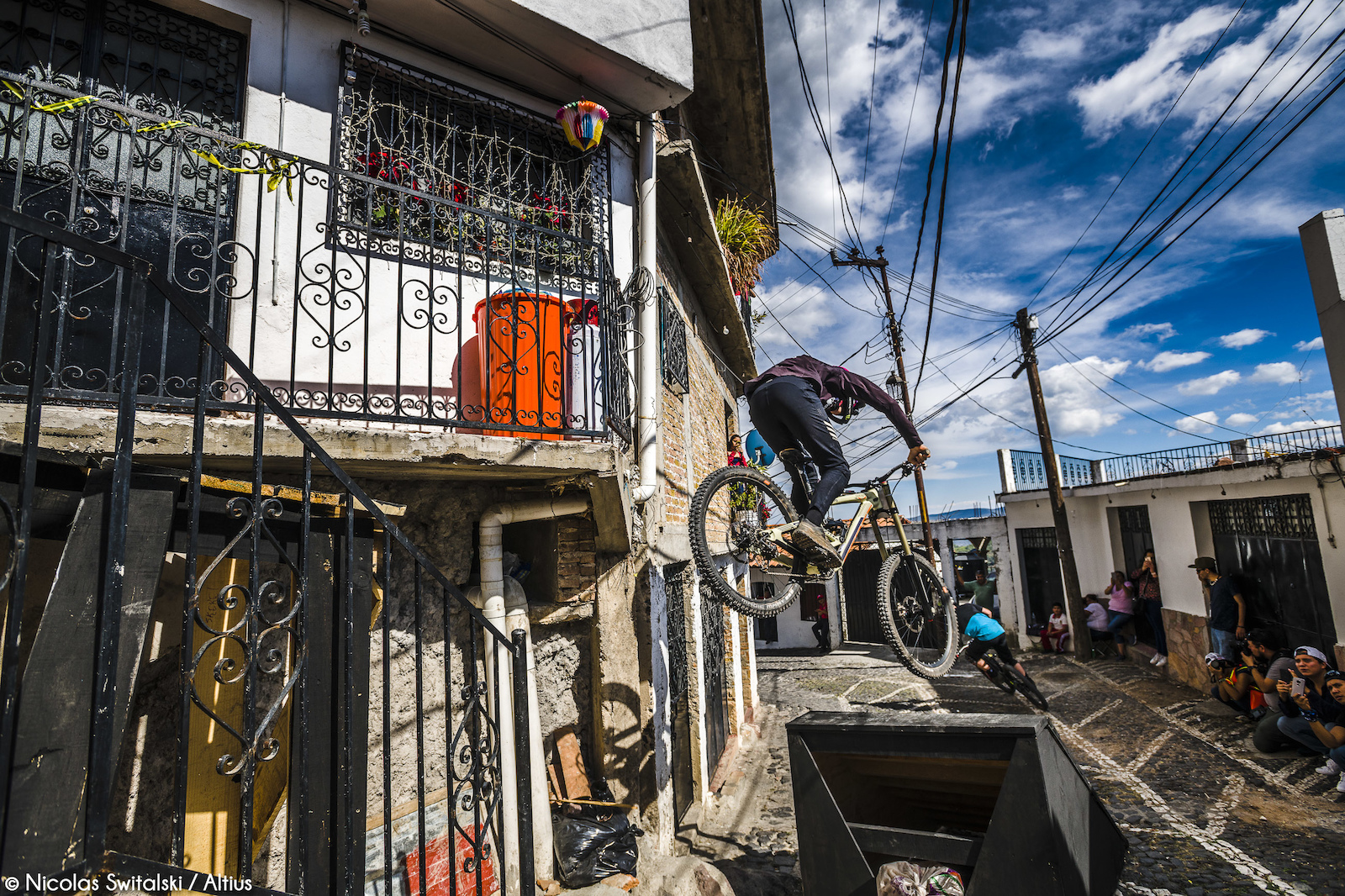 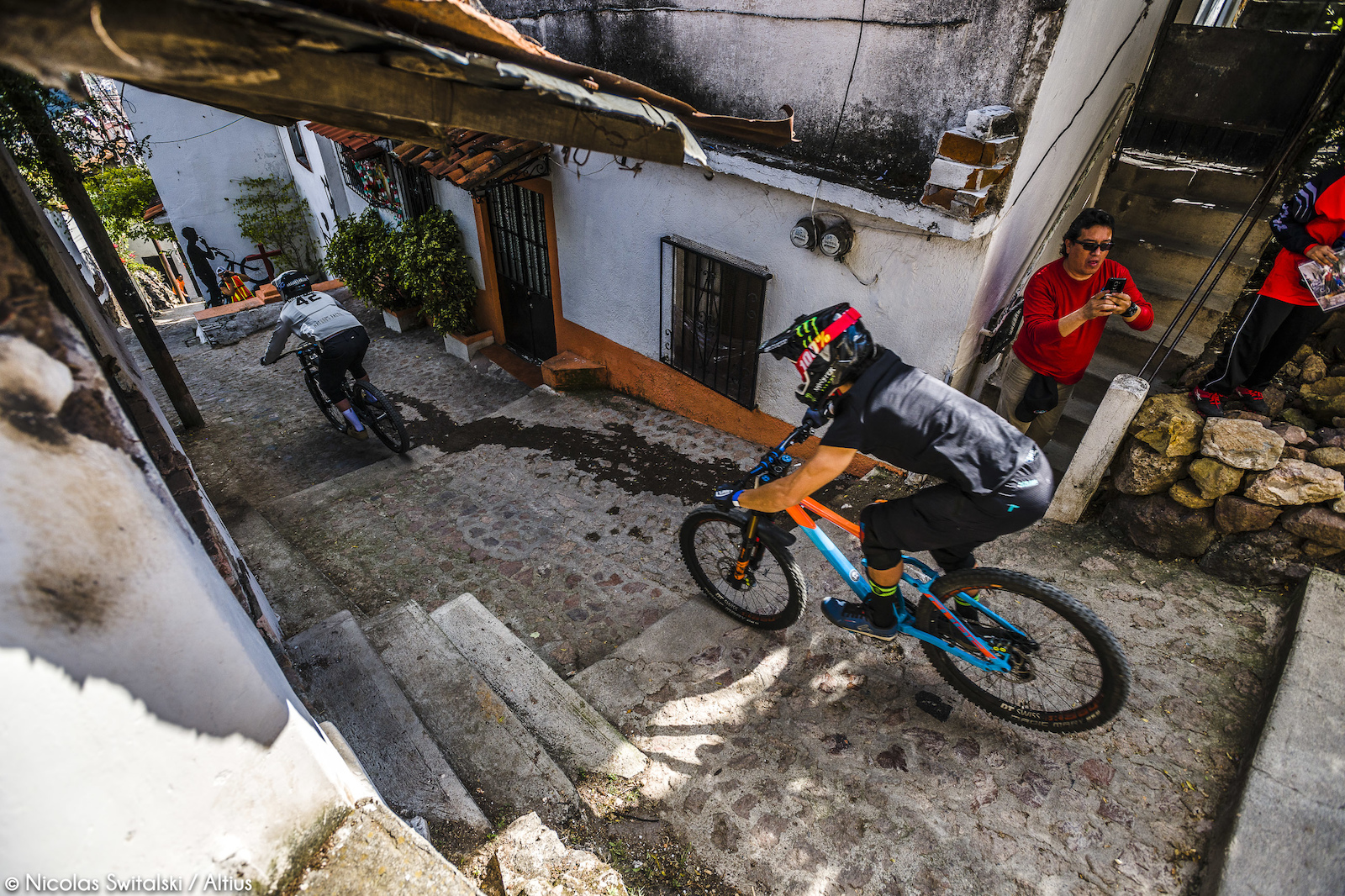 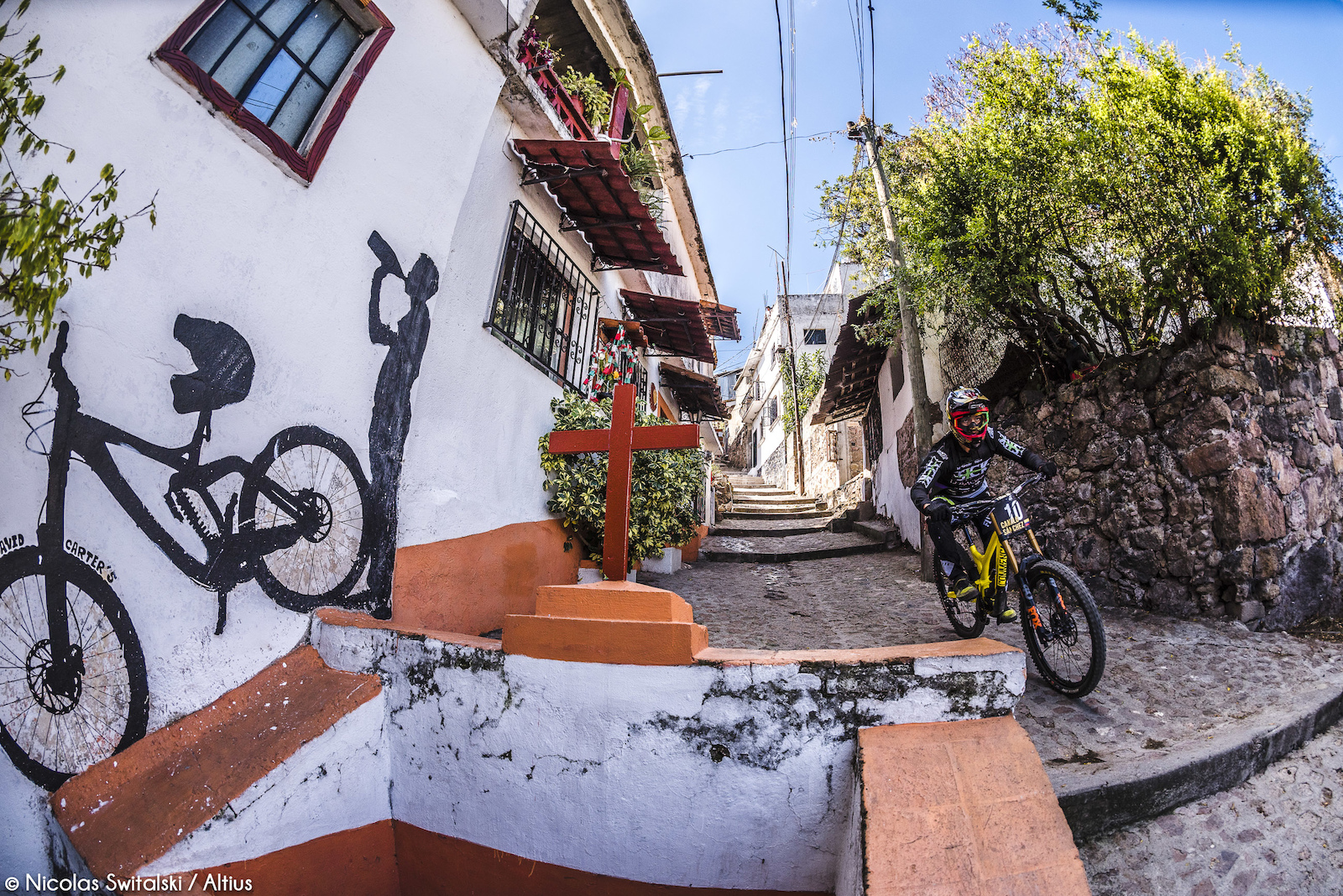 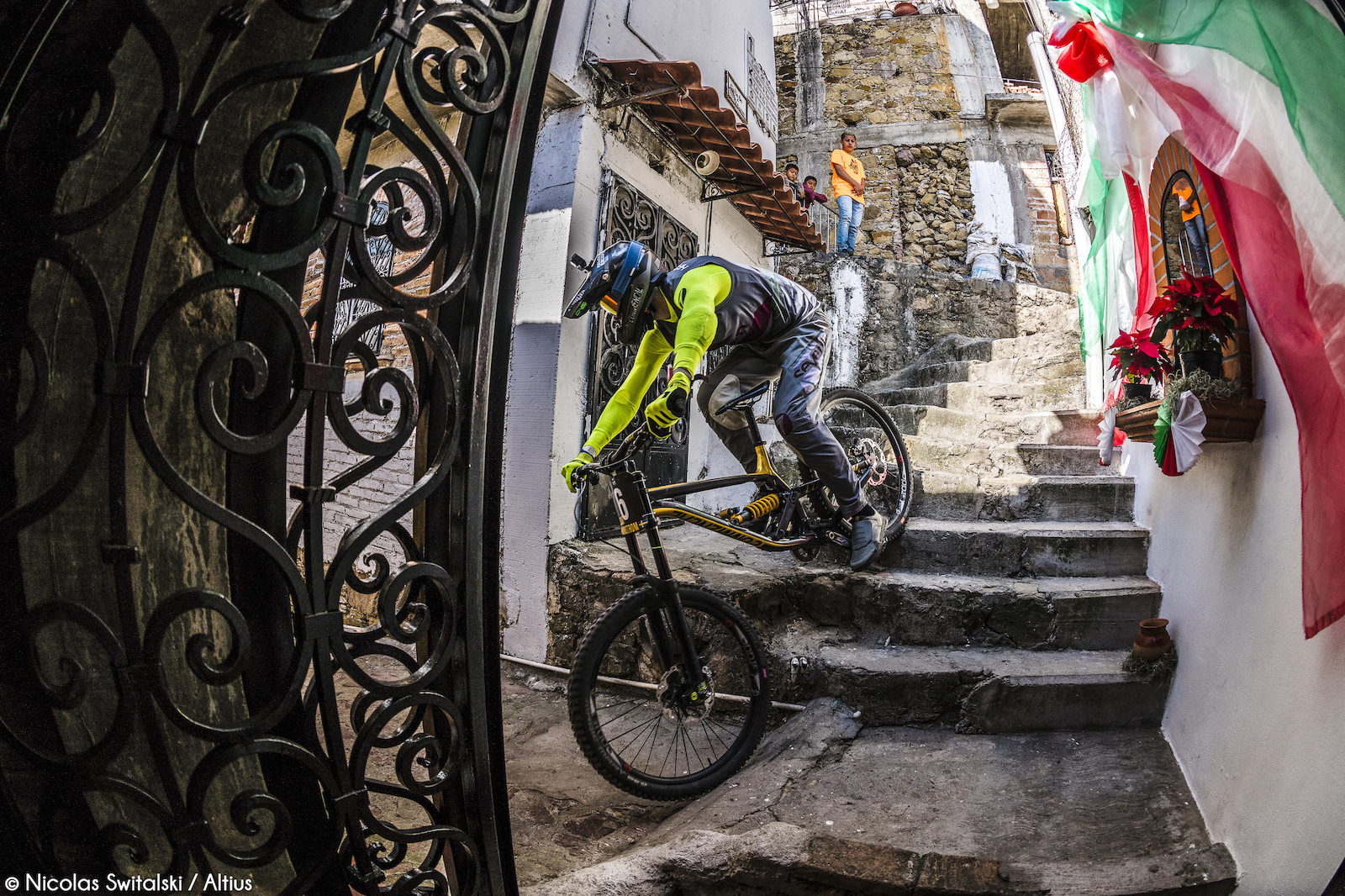 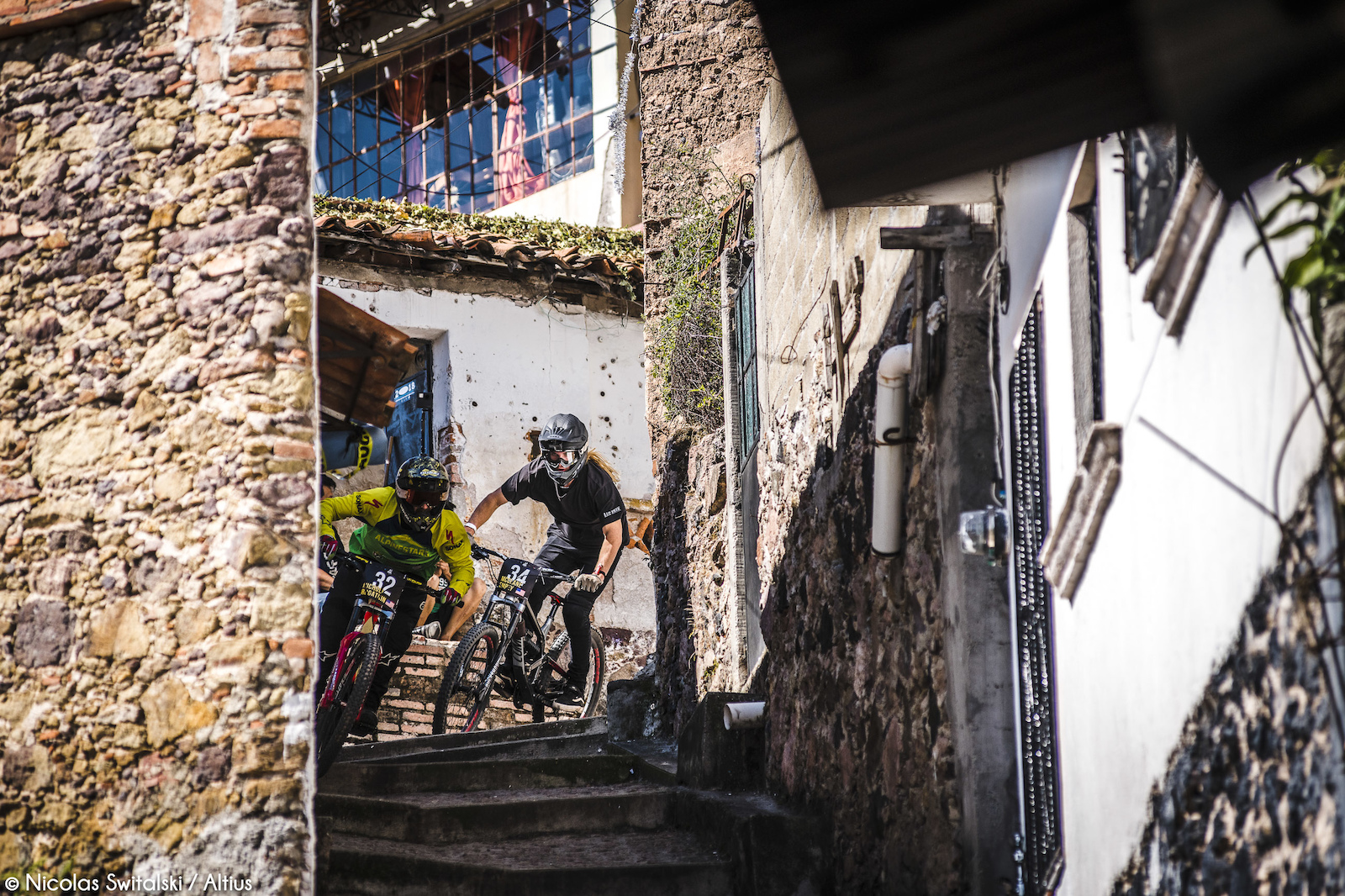 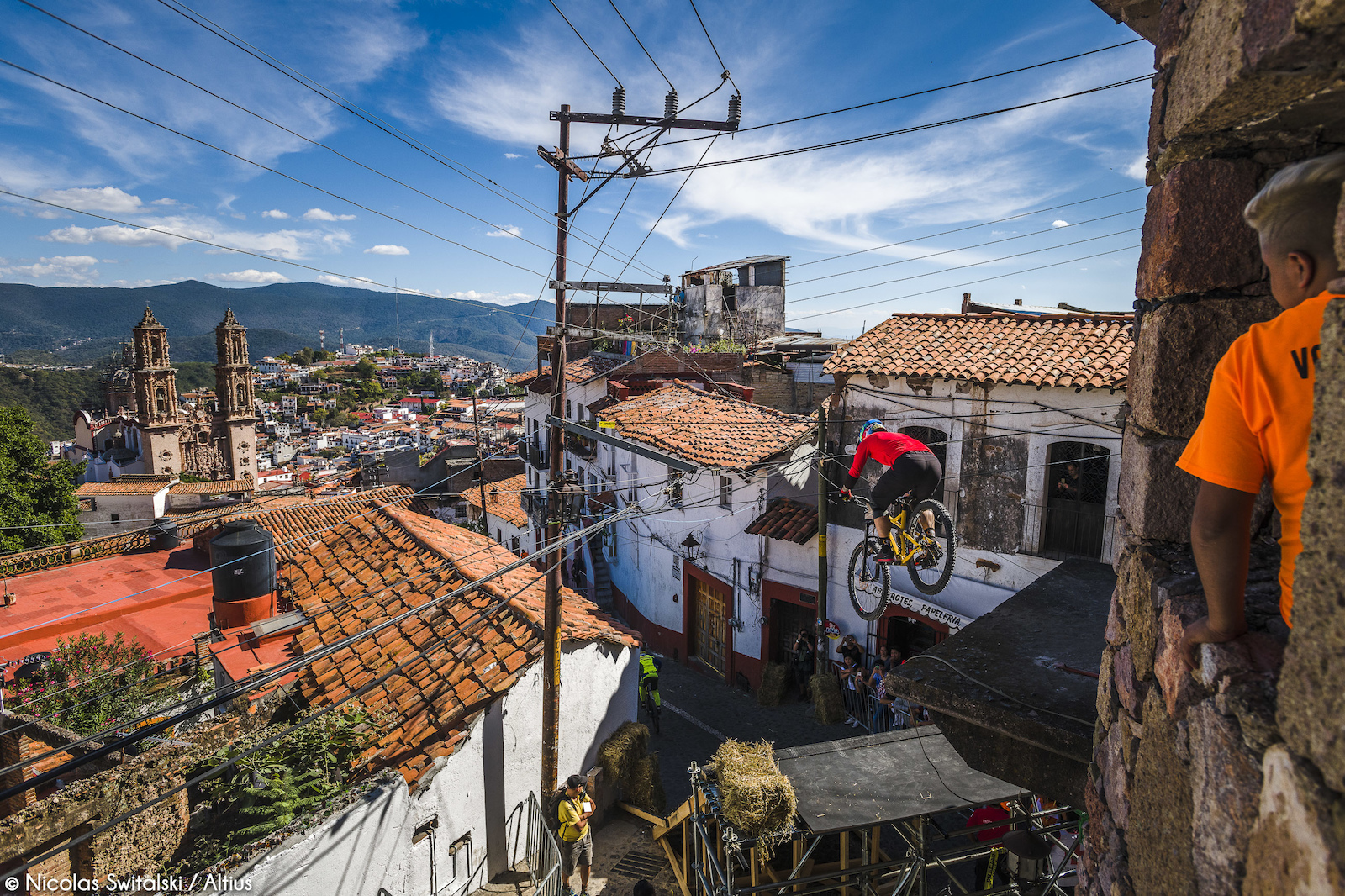 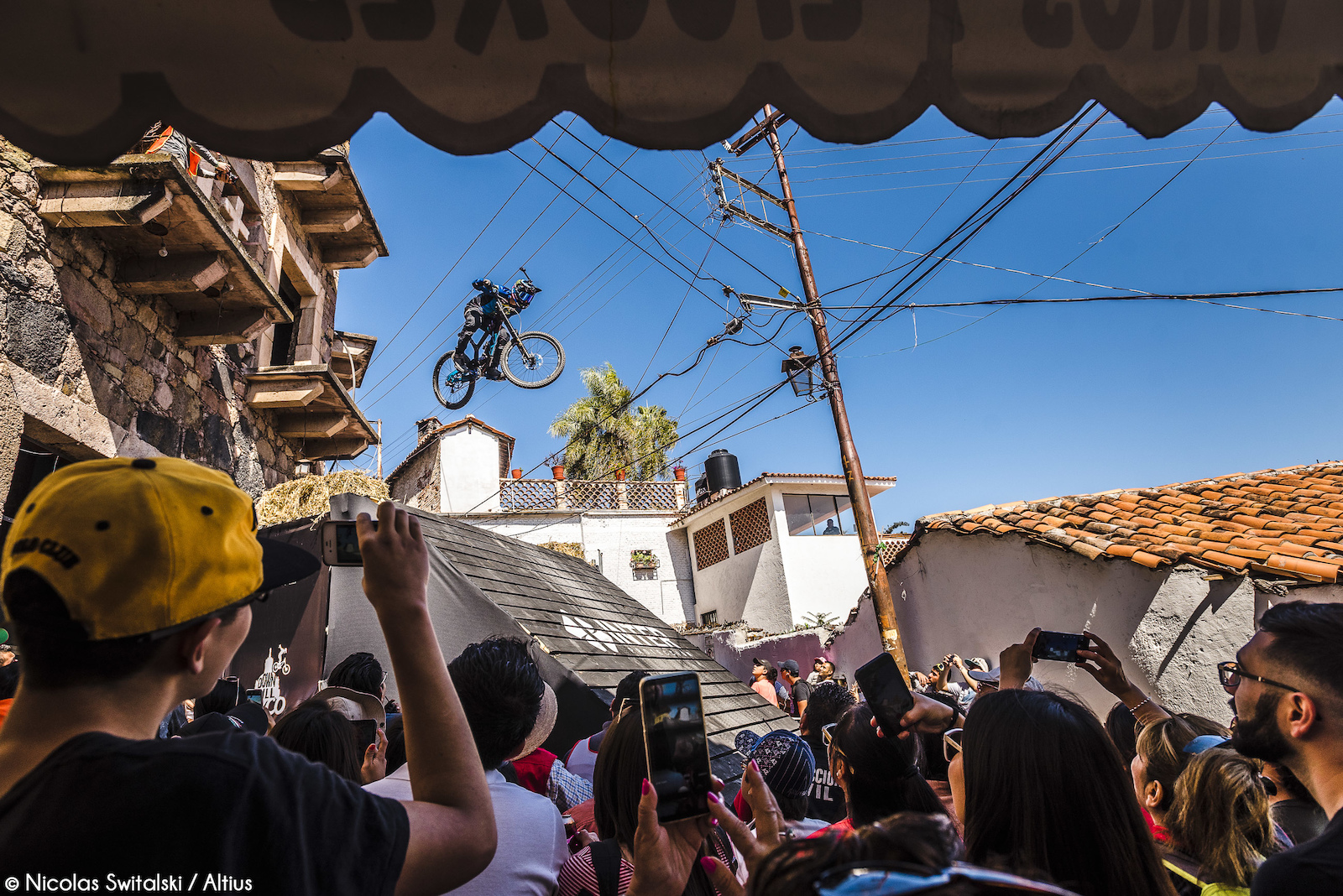 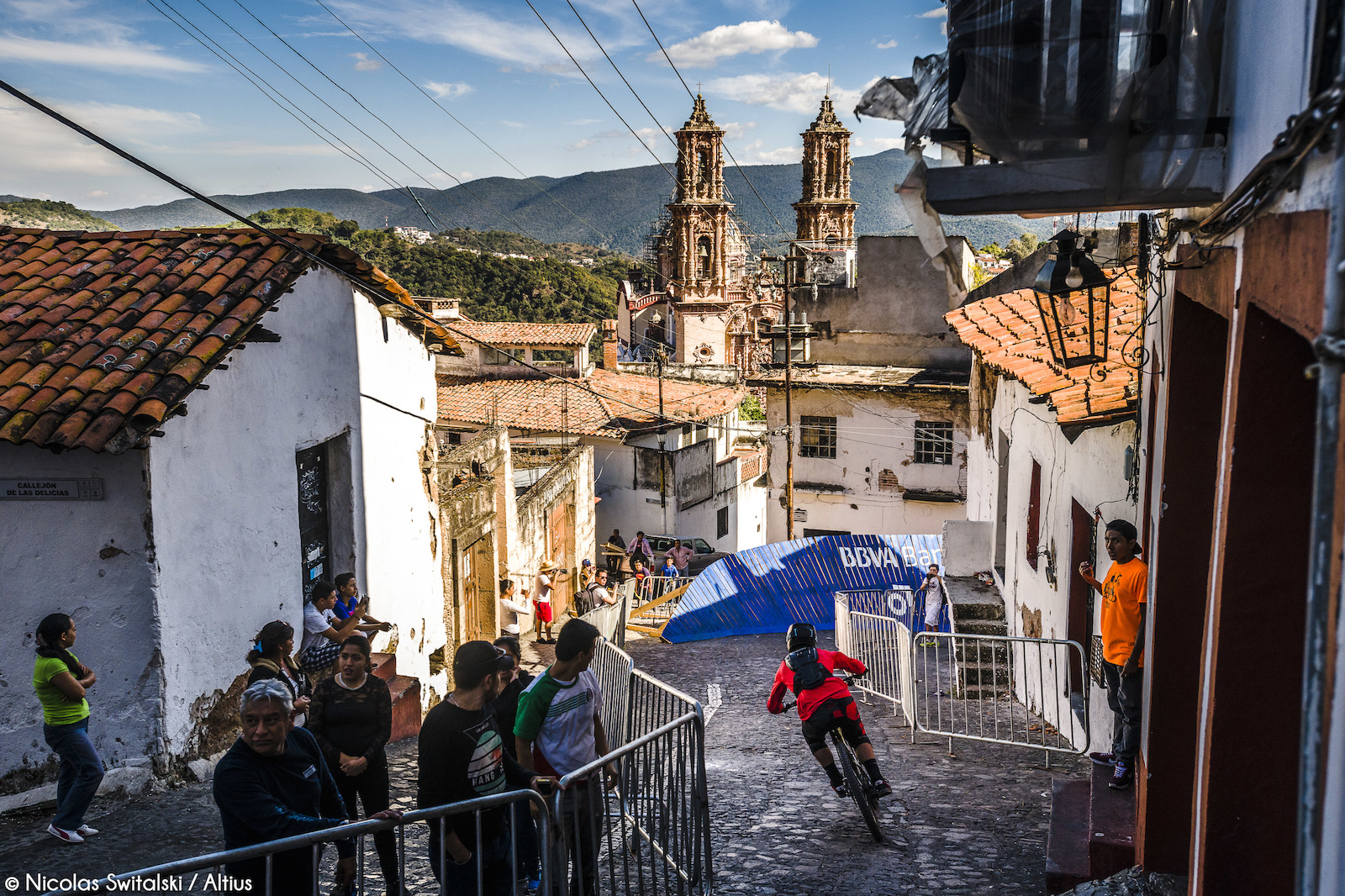 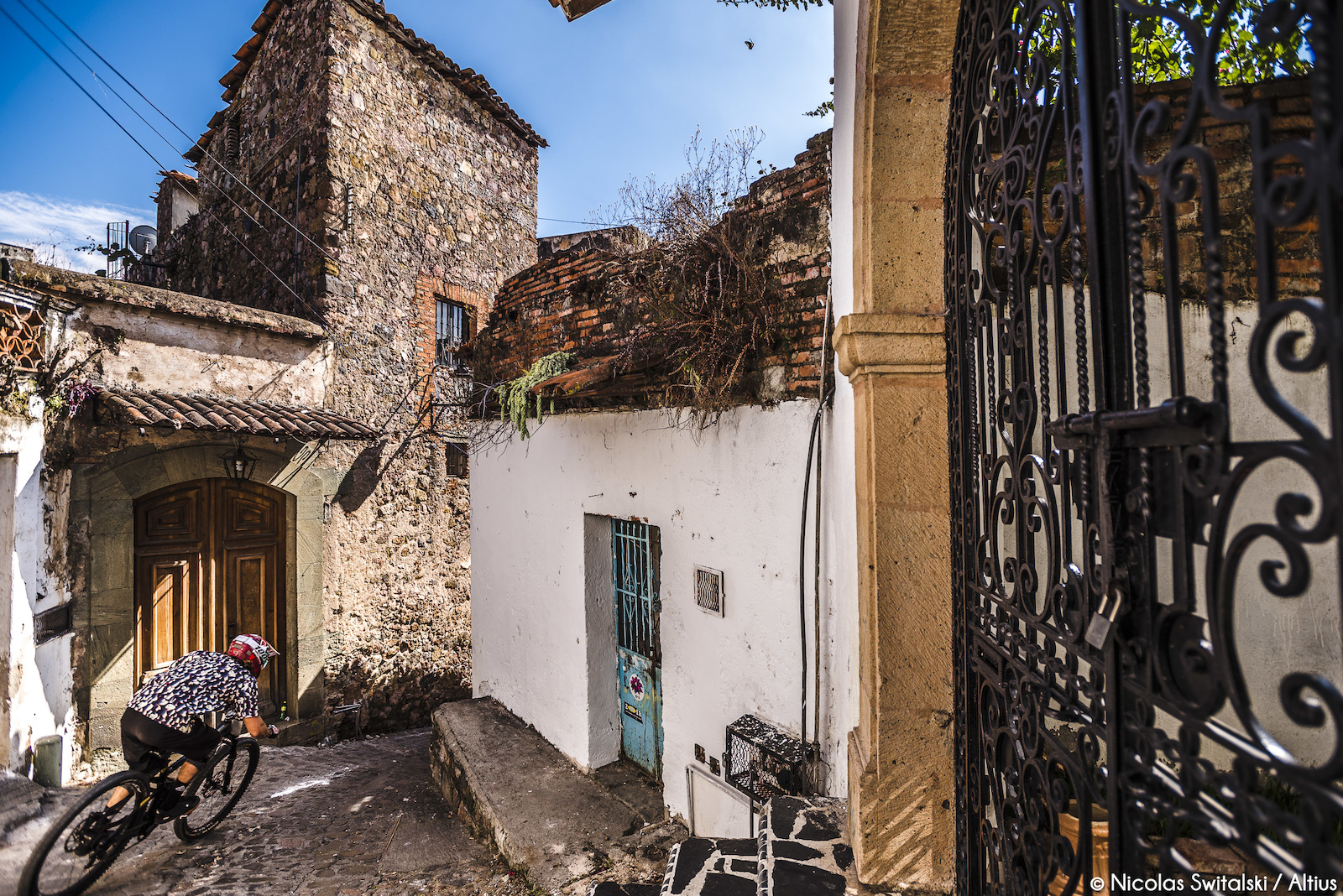 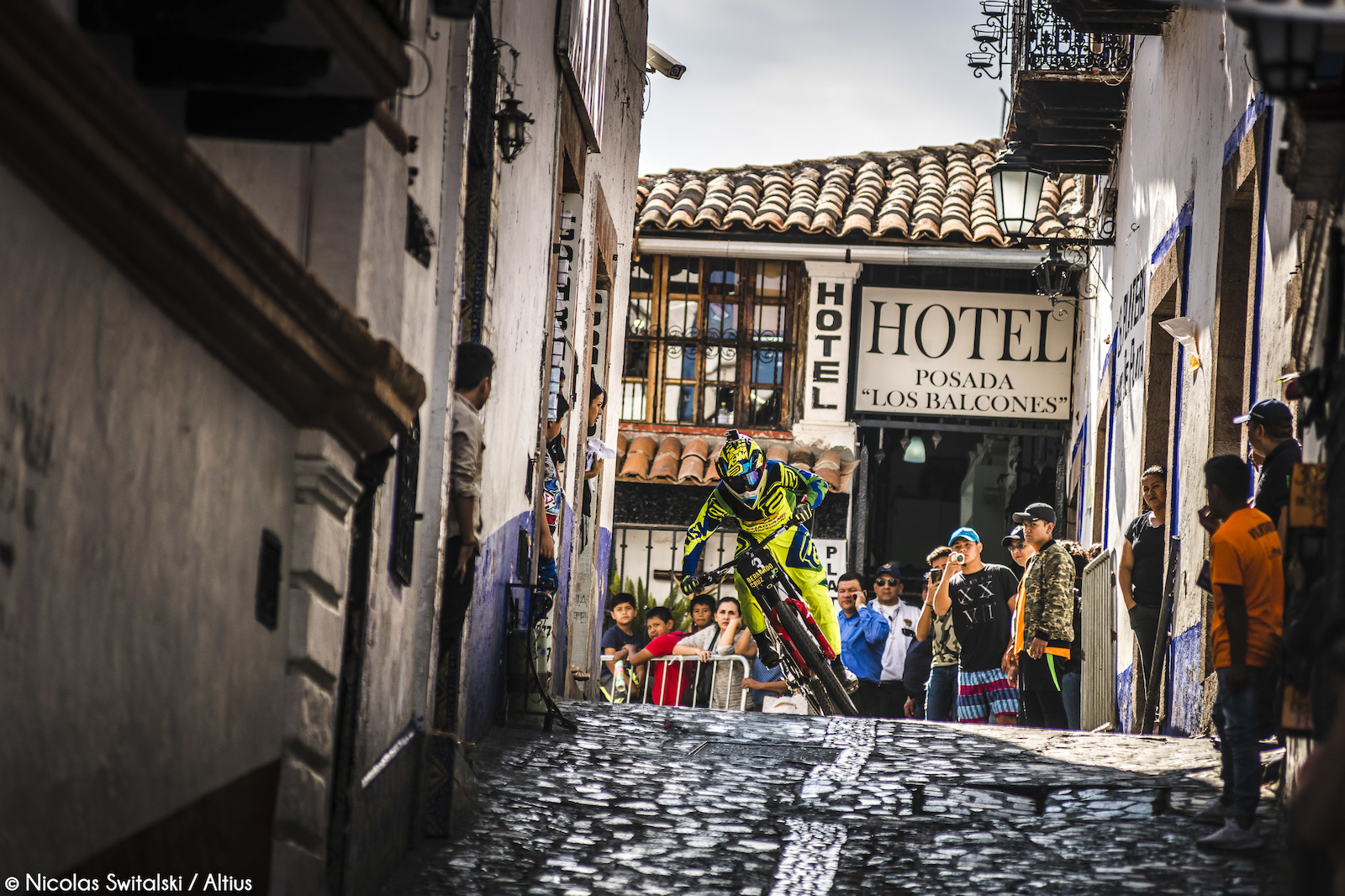 Bernardo Cruz sprinting the last straight before the jump section 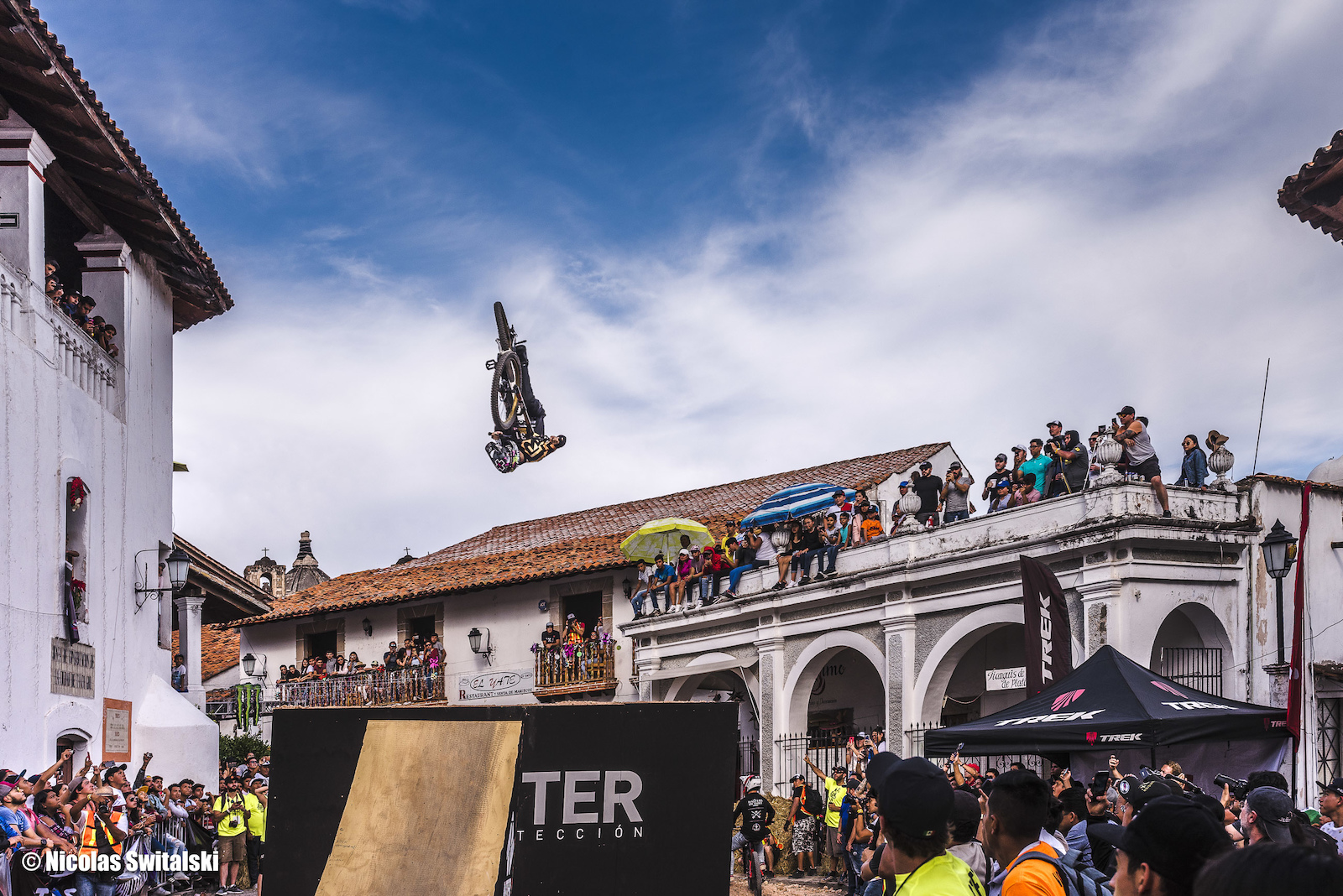 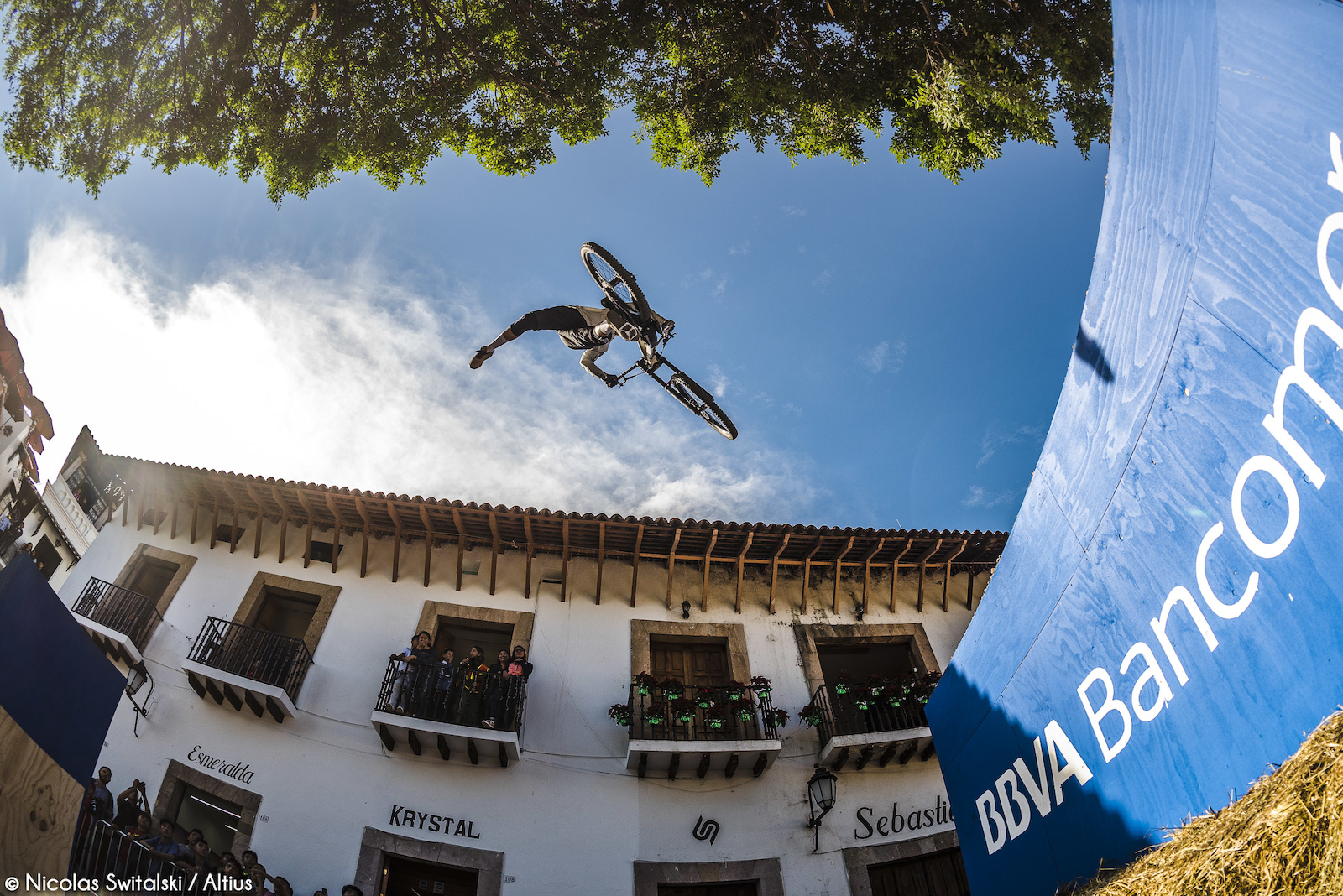 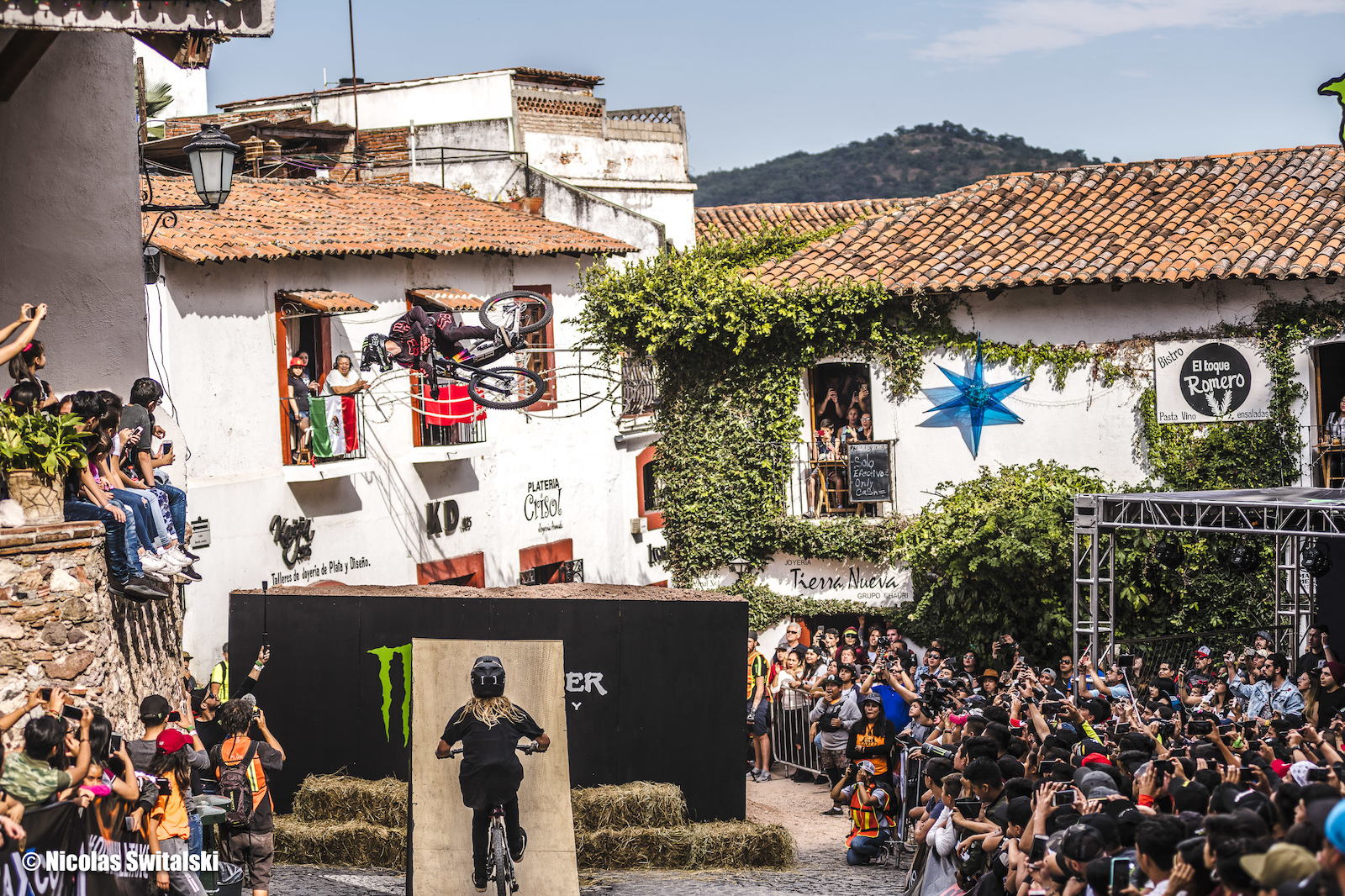 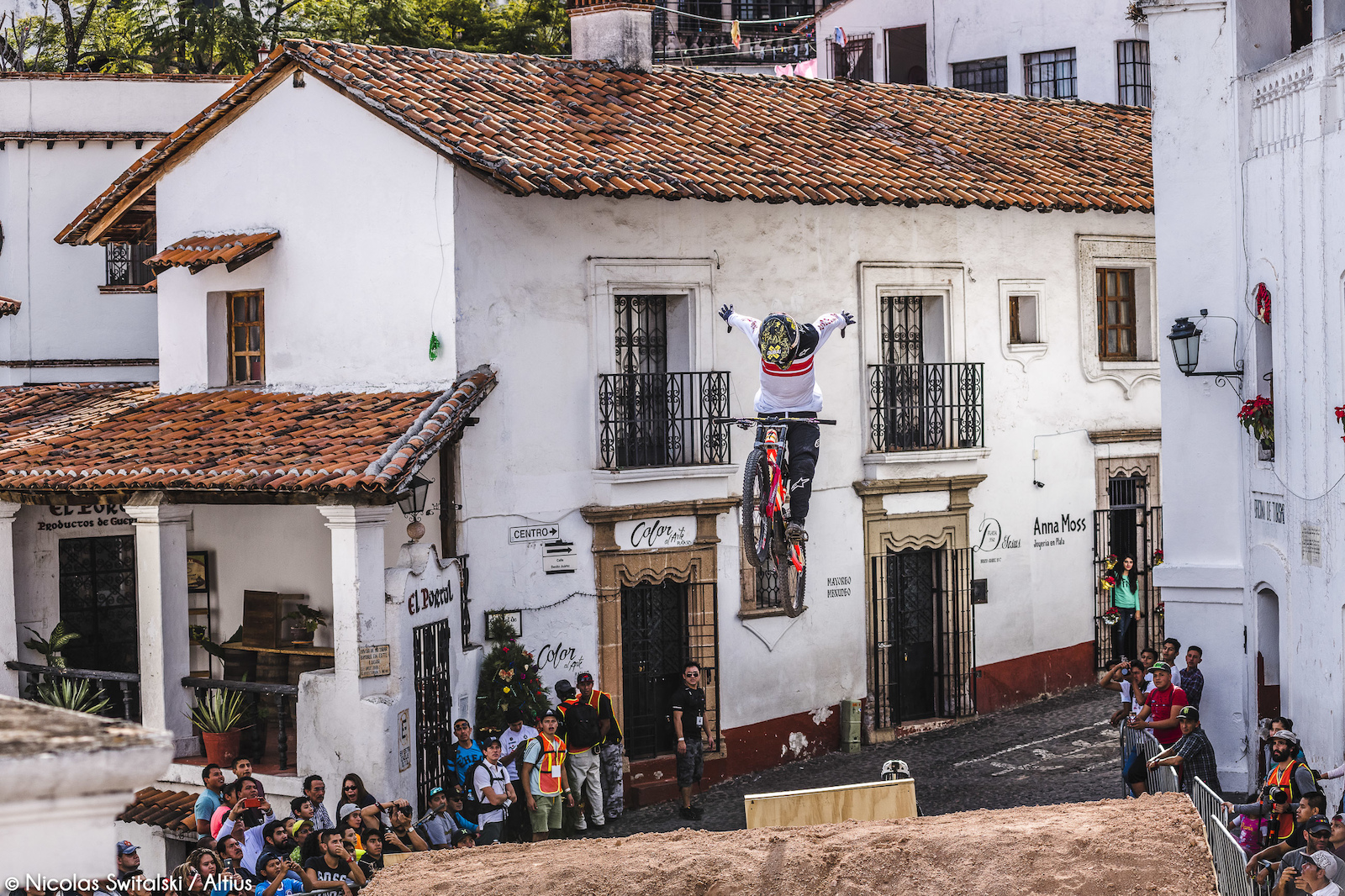 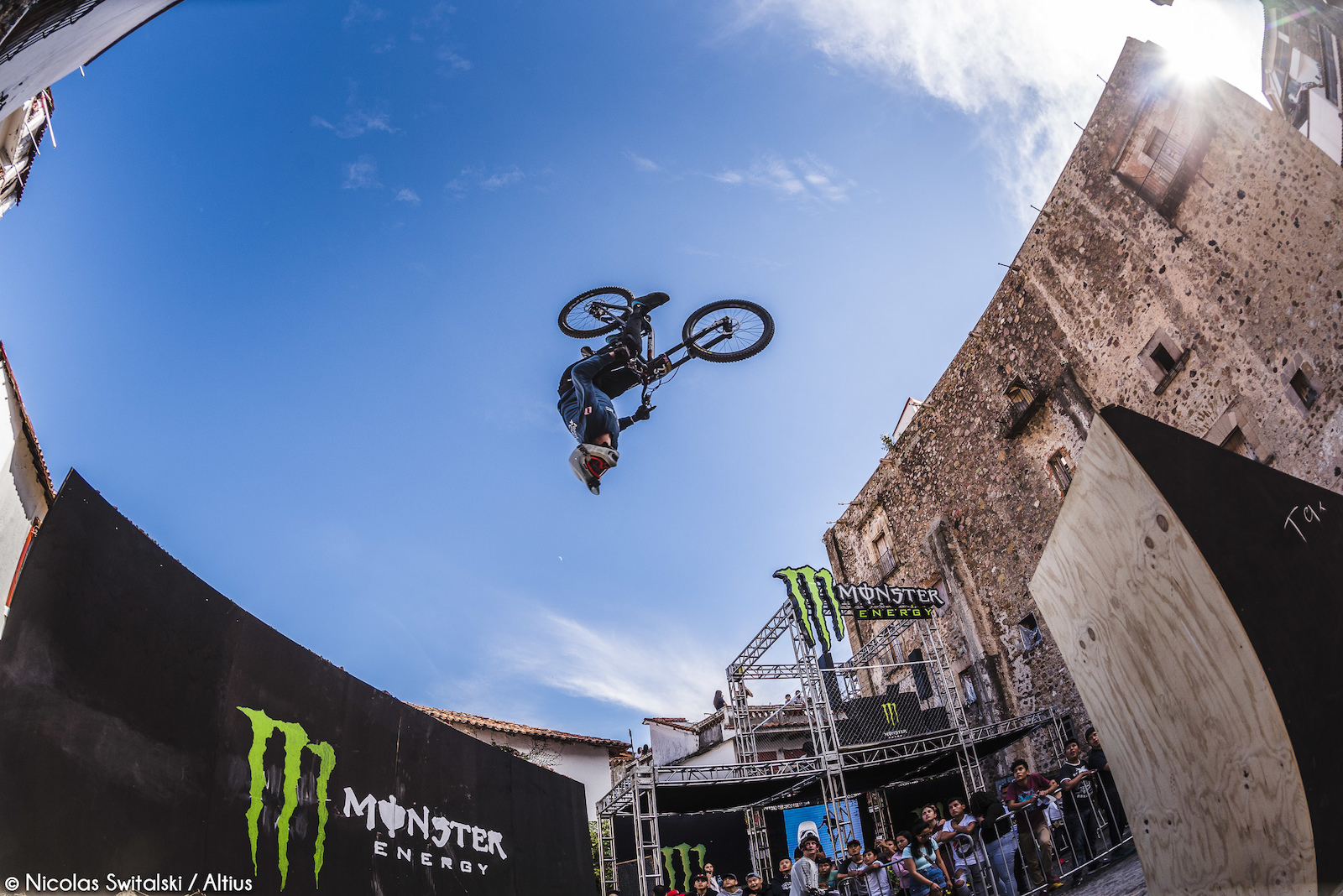 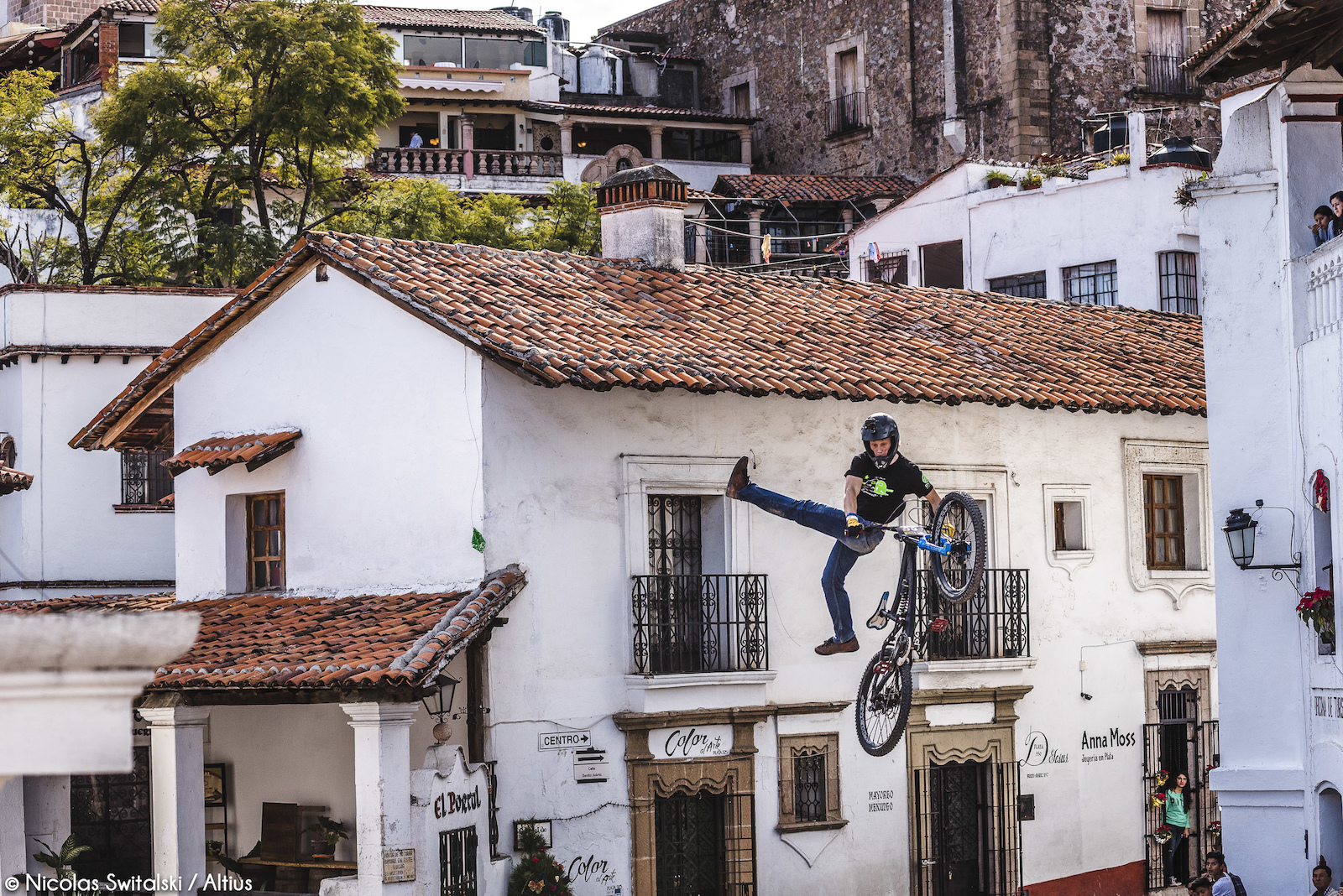 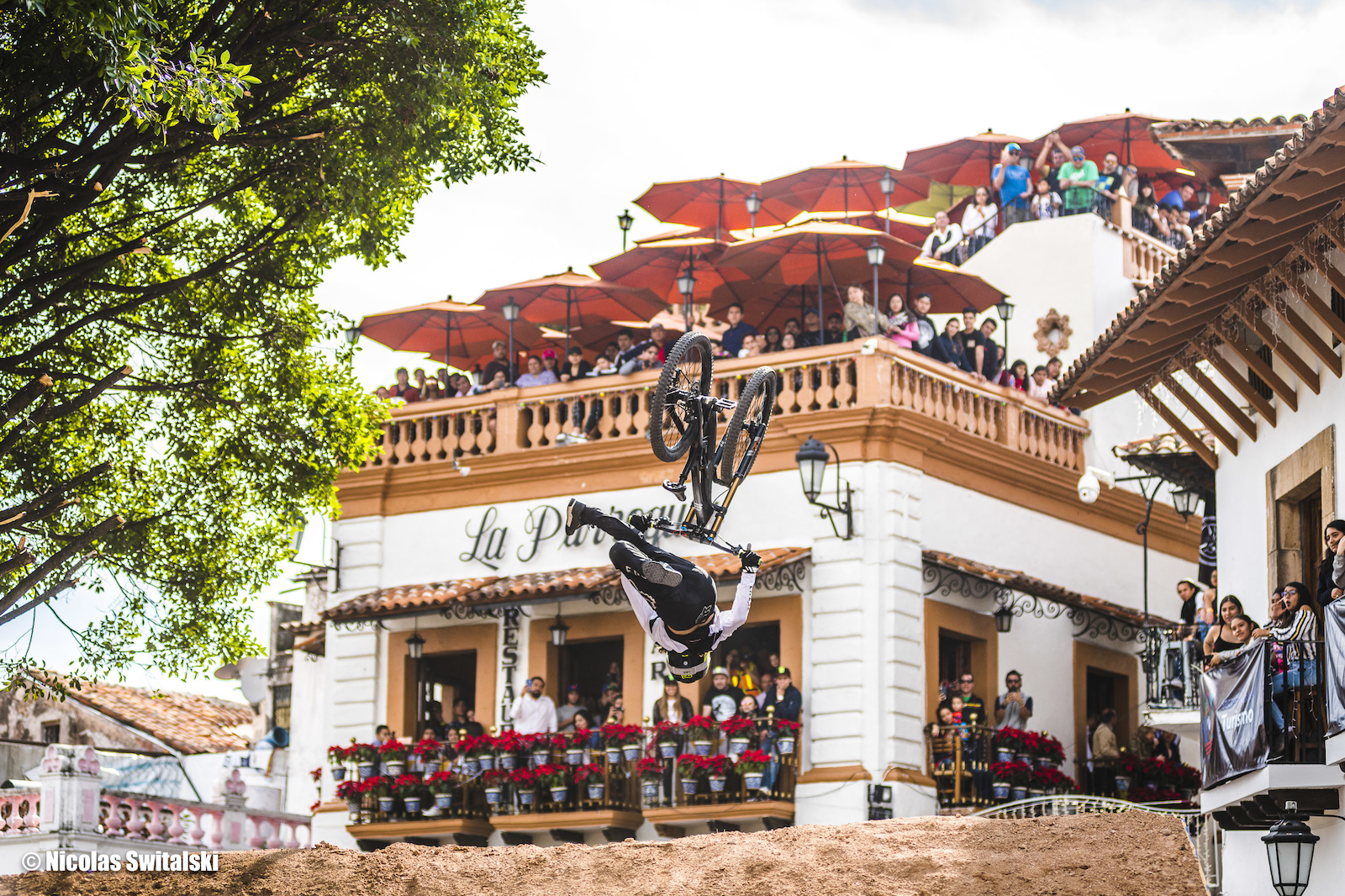 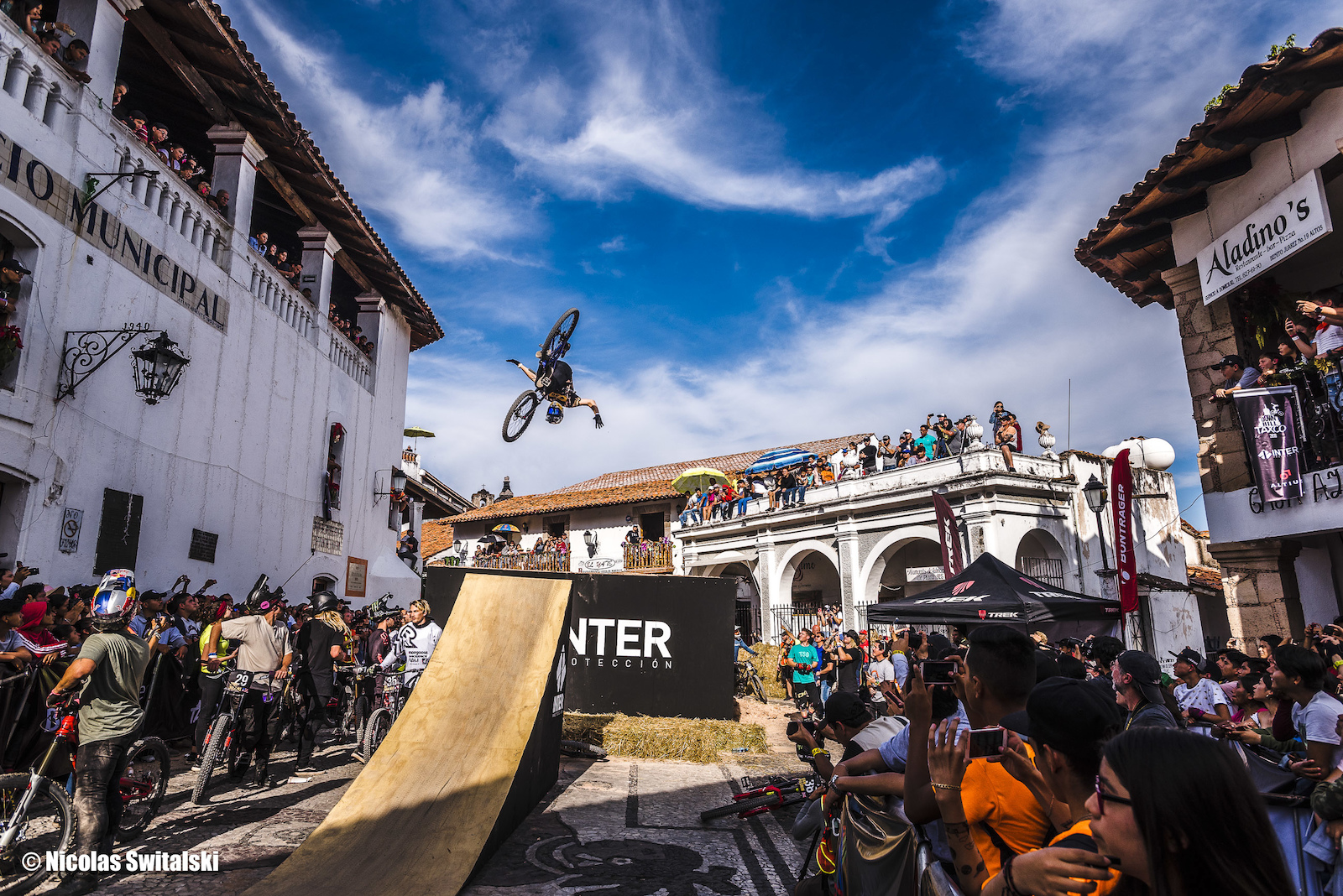 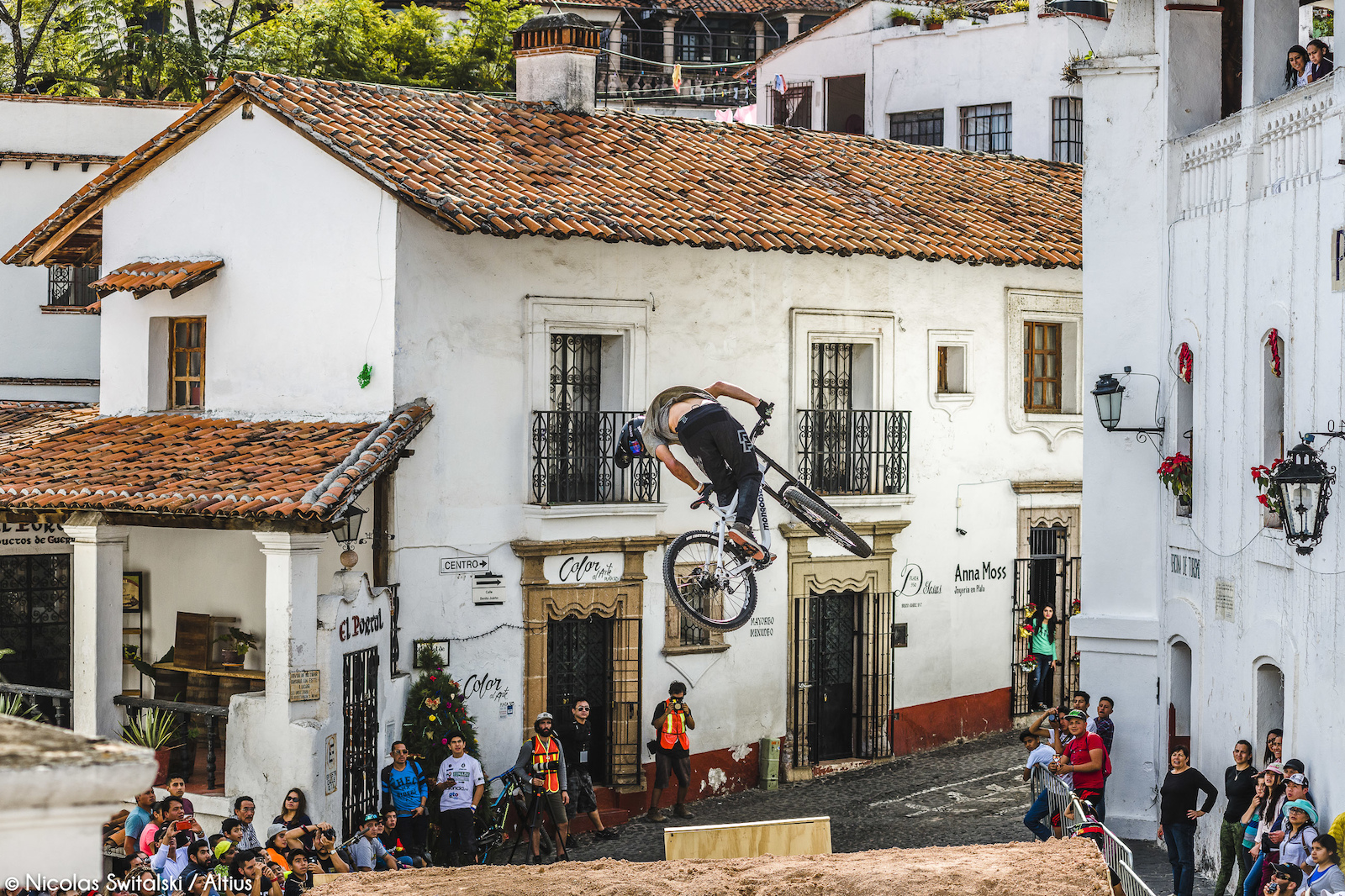 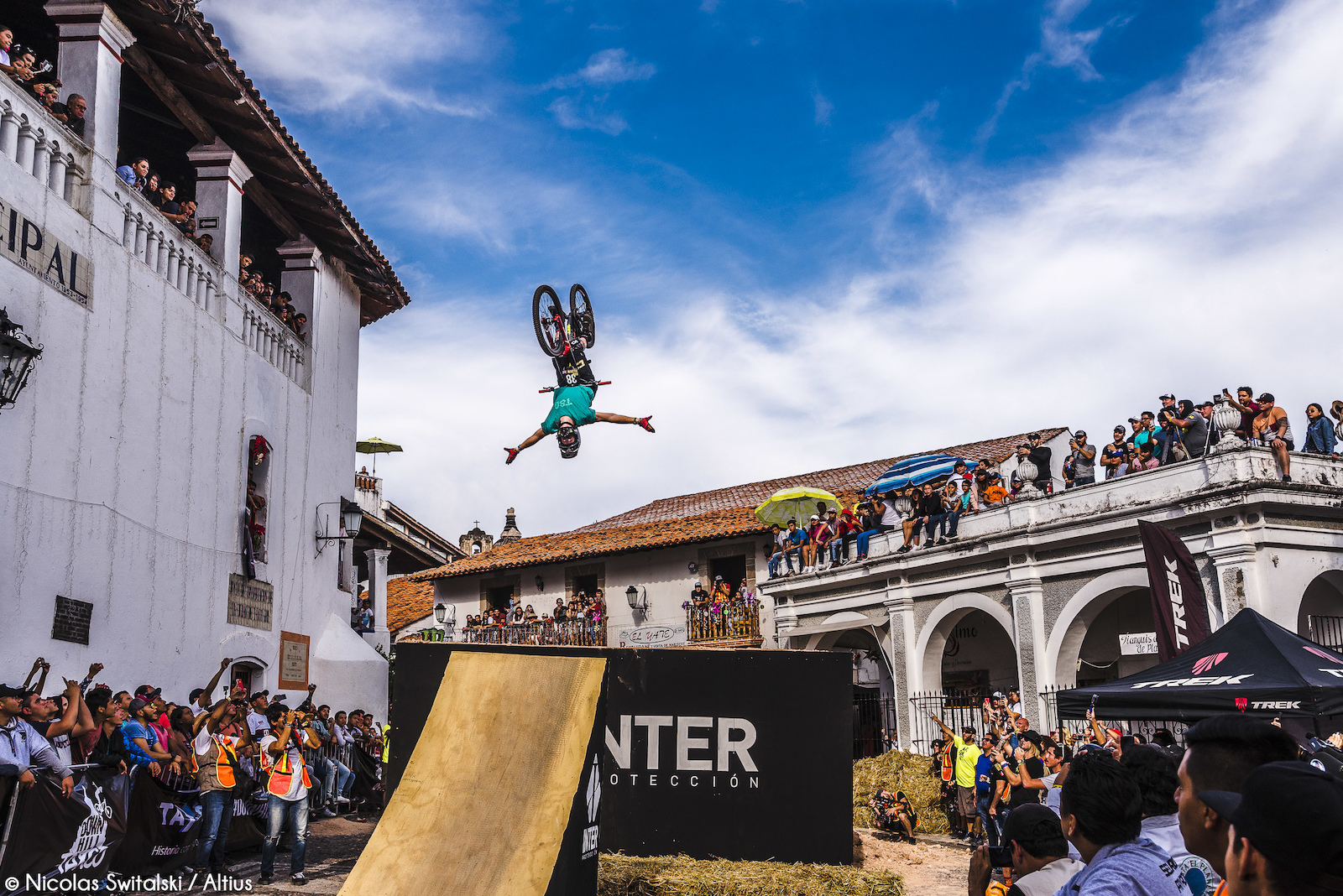 From left to right, on the speed side of the event: 1st Pedro Ferreira, 2nd Bernardo Cruz and 3rd Brendan Fairclough. And on the style side of things, 1st place went to Sam Pilgrim, 2nd place DJ Brandt and 3rd Tomas Zejda
The Piñata!!!
It is a tradition in Mexico to break a Piñata right before Christmas, and why not adapt this to Taxco's most spectacular event. In past years this event was held on Day of the Dead, and the motives evolved around this tradition, but this year the event was held a bit later, and just in time for the Posadas, where traditionally a Piñata is broken. Luckily no blindfolds were mandatory!

At first, no one knew if this setup would work, but rider after rider, everyone started to get a hang out of it and the Piñata was destroyed in no time!

All the way from stylish Whips, Cans, to fist fighting the Piñata, the winner was Alejandro Salas who boldy and bravely crashed head-on with a superman attempt and destroyed the thing with a less than graceful move, but extremely effective! 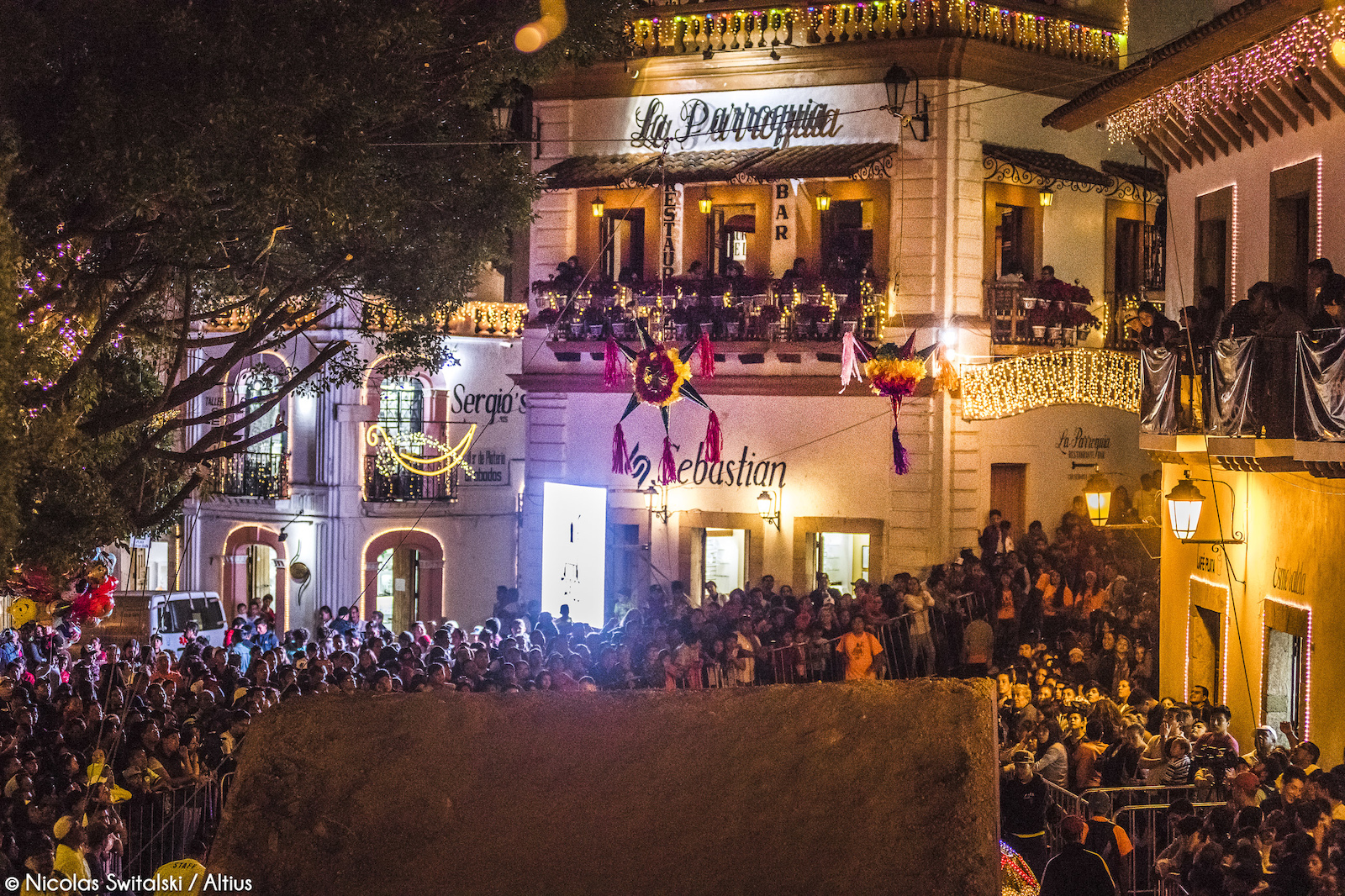 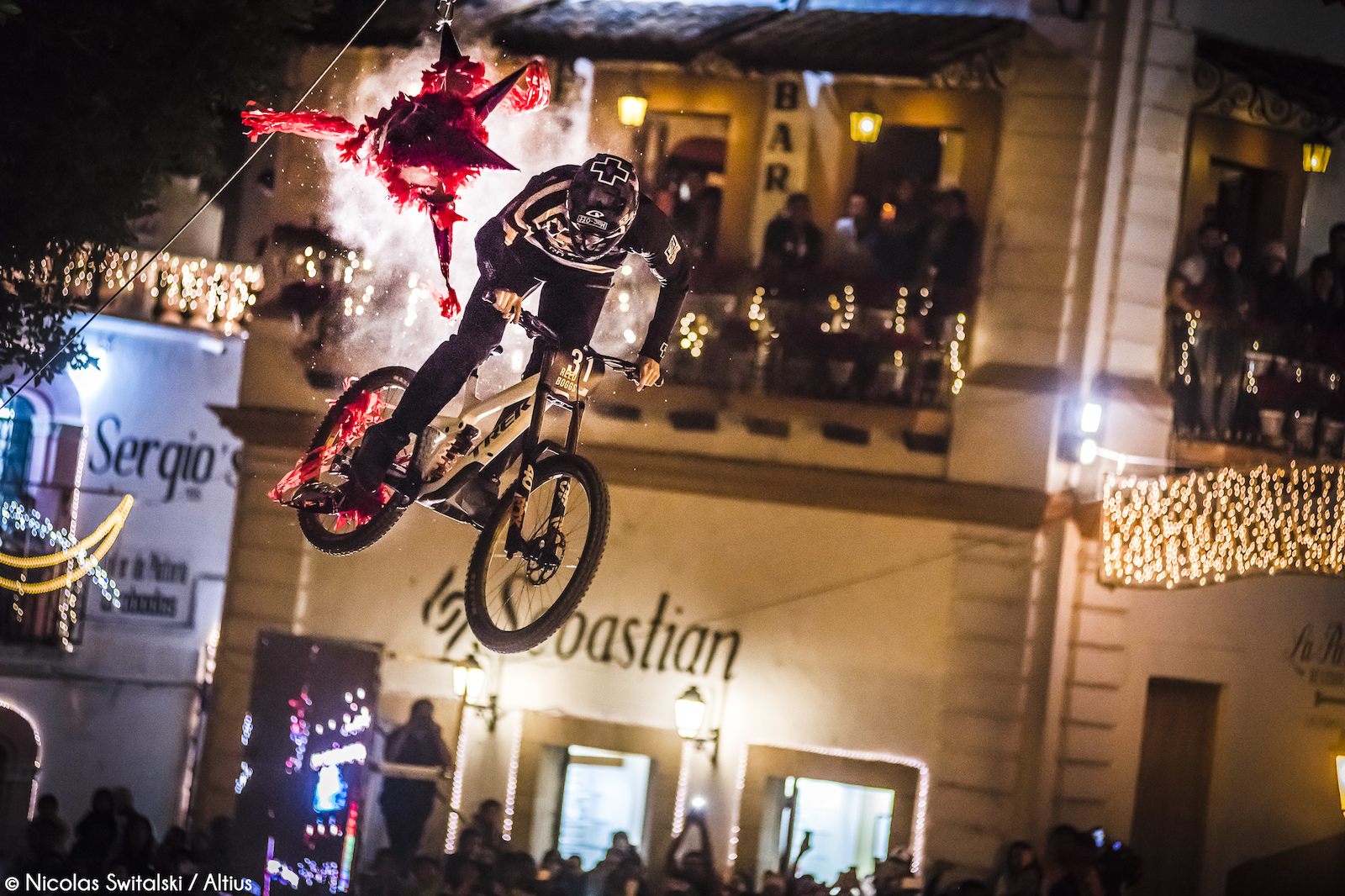 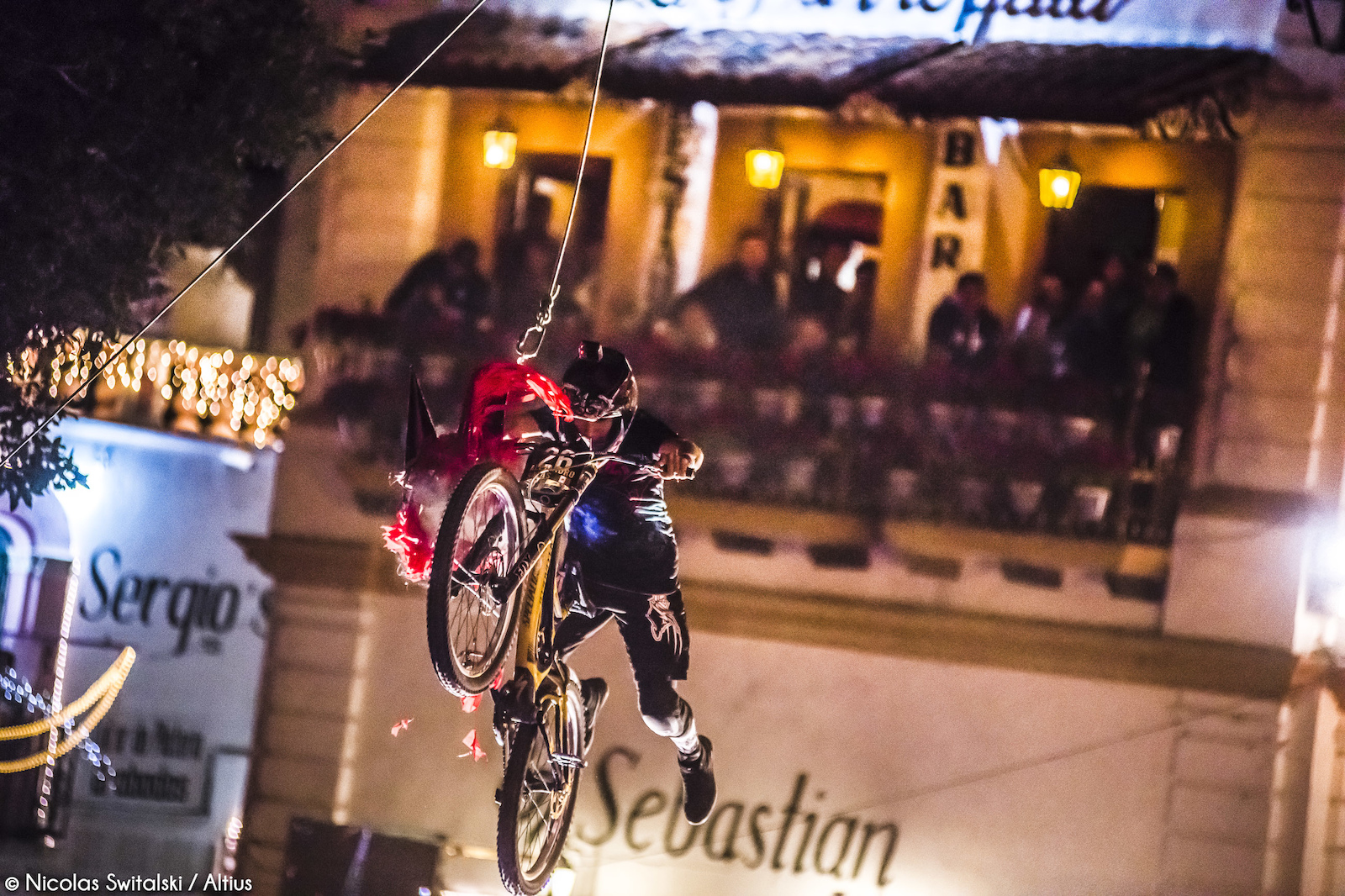 Alejandro Salas broke the Pinata with a bold and brave full on headbanging Superman!

Goodbye Taxco, see you next year for another crazy event! 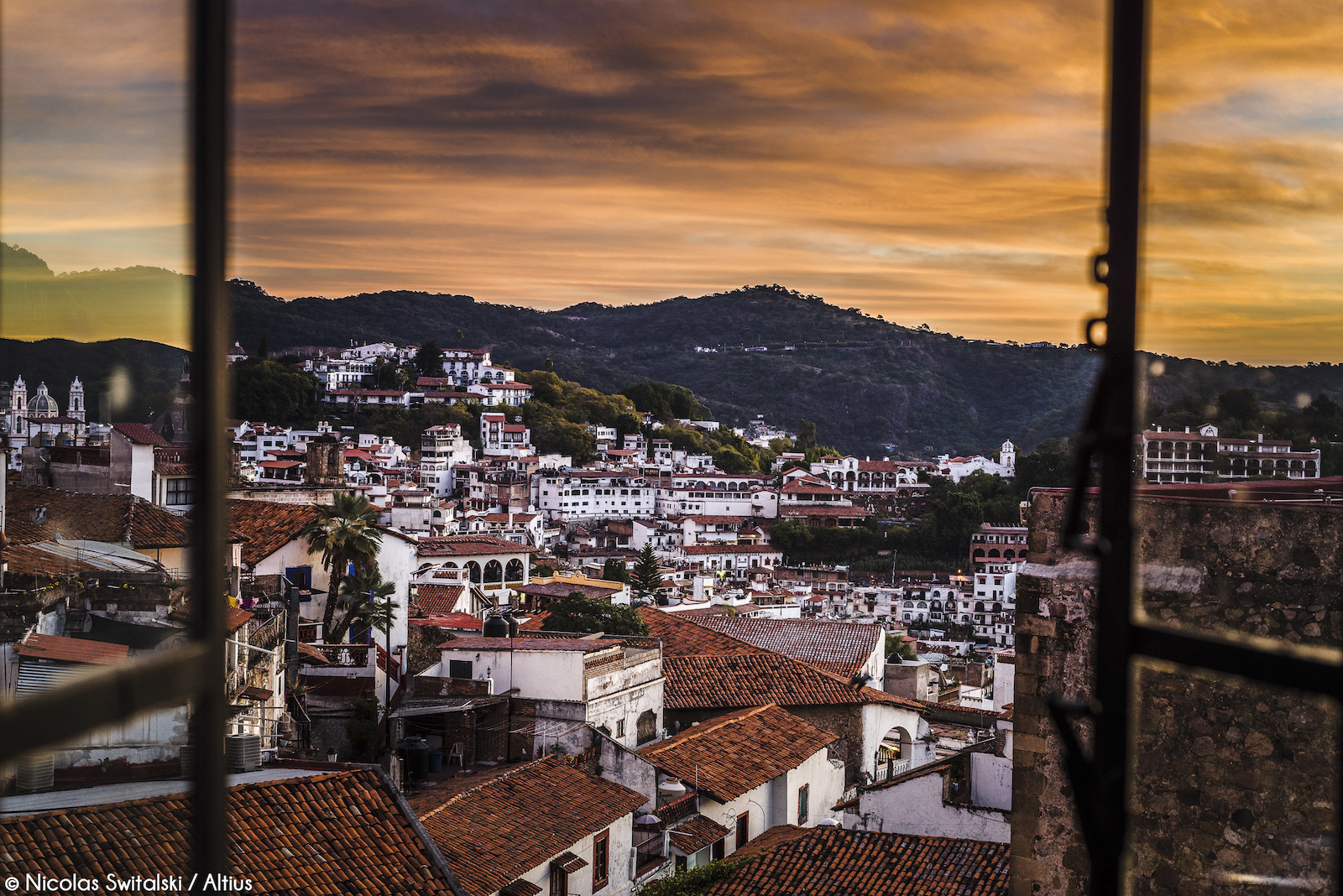 blowmyfuse (Dec 19, 2018 at 15:44)
Tried to skip down to the comment section to be a jerk by saying I don't need this article b/c I've seen dozens of helmet cams on Instagram already.

But dang...I couldn't get more than halfway down scrolling without stopping on the stunning images!!!

ADGproductions (Dec 20, 2018 at 8:52)
@endurocat: Check Sam's YouTube page out, he has some banger videos from the contest weekend.

ytei (Dec 19, 2018 at 13:19)
The street scapes are so varied, old and weathered, it could almost qualify for a natural terrain! ..Great photography, there's a lot going on.

landscapeben (Dec 20, 2018 at 3:45)
A bold move made by Adolf Silva using his helmet cam to rail the telephone wires and gain some extra distance before dropping back in...

nprace (Dec 20, 2018 at 0:45)
The madness of watching spectacular live events through a phone screen continues to spread...

ADGproductions (Dec 20, 2018 at 8:54)
@howsyourdad F**k yea! The more women in the mountain biking community the better!