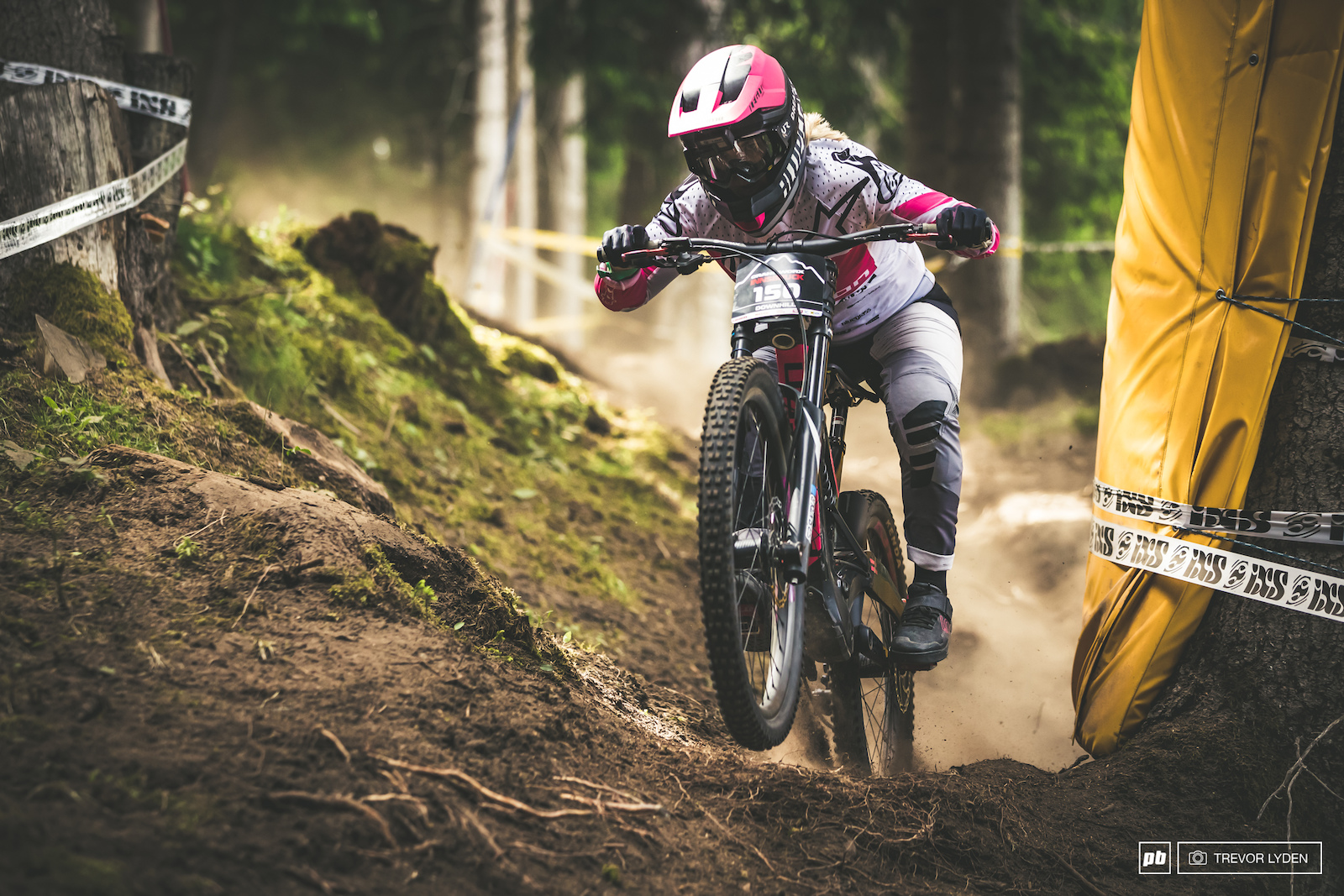 Crankworx Innsbruck
Morning Glory
iXS Innsbruck Downhill presented by Raiffeisen Club
Photography by Trevor Lyden
The iXS Innsbruck Downhill presented by Raiffeisen Club was supposed to be the finale to the Crankworx week in Innsbruck but with the slopestyle pushed back a day due to the rain, the downhill was brought forward and a fair few grumbles were heard among the racers as they trudged up to the start of the course. The day for most racers started at 7am with practice followed straight away by racing with the day wrapped up by lunchtime. Early start or not, they still put on a great show and two nail-biting races played out on this brand new track.

From the livestream, you probably wouldn't know it but the first minute of the track was totally fresh, apparently raked in just 10 days ago and left to evolve throughout the practice sessions while the bottom half was all about speed with boardwalk sections followed by a motorway and a bike park finish.

In the women's race, Tracey Hannah was the last woman down and put more than 8 seconds into the field, claiming yet another Crankworx downhill win. She was followed by three Swiss women split by just over two seconds, all locked in a fierce battle for the podium spots, with European Champ Camille Balanche ending up on top.

A bemused Cullen McMaster found himself in the hotseat as the race broadcast started. He had crashed in his race run and yet was beating World Cup rider after World Cup rider as they flew into the finish. It was soon realised there had been timing messed up and Mick Hannah replaced him in the hotseat. Mick was part of a Southern hemisphere top four with Dean Lucas, Eddie Masters and Brook MacDonald, who took an emphatic win as the last man down the hill. 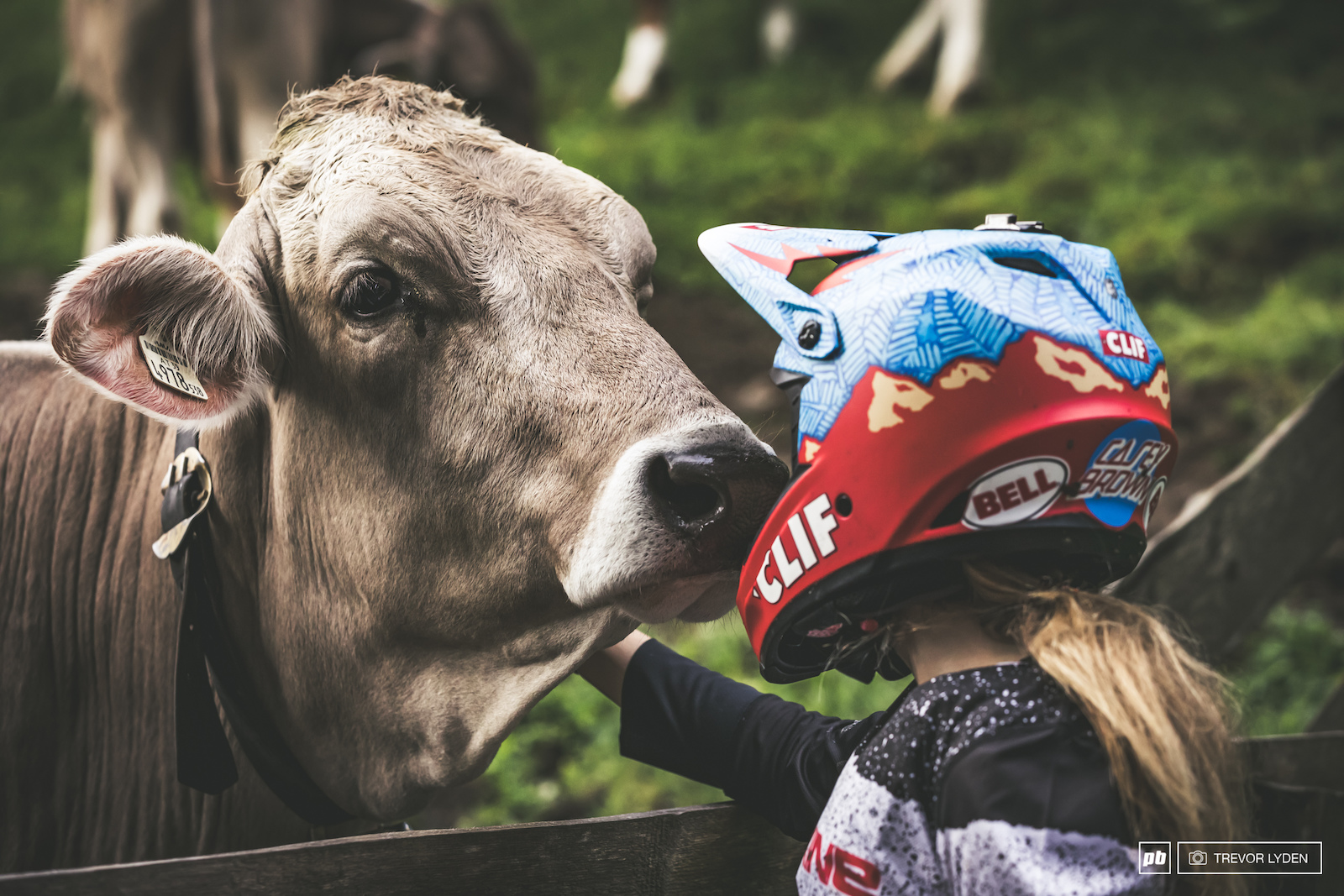 Casey and Maurice getting to know each other. 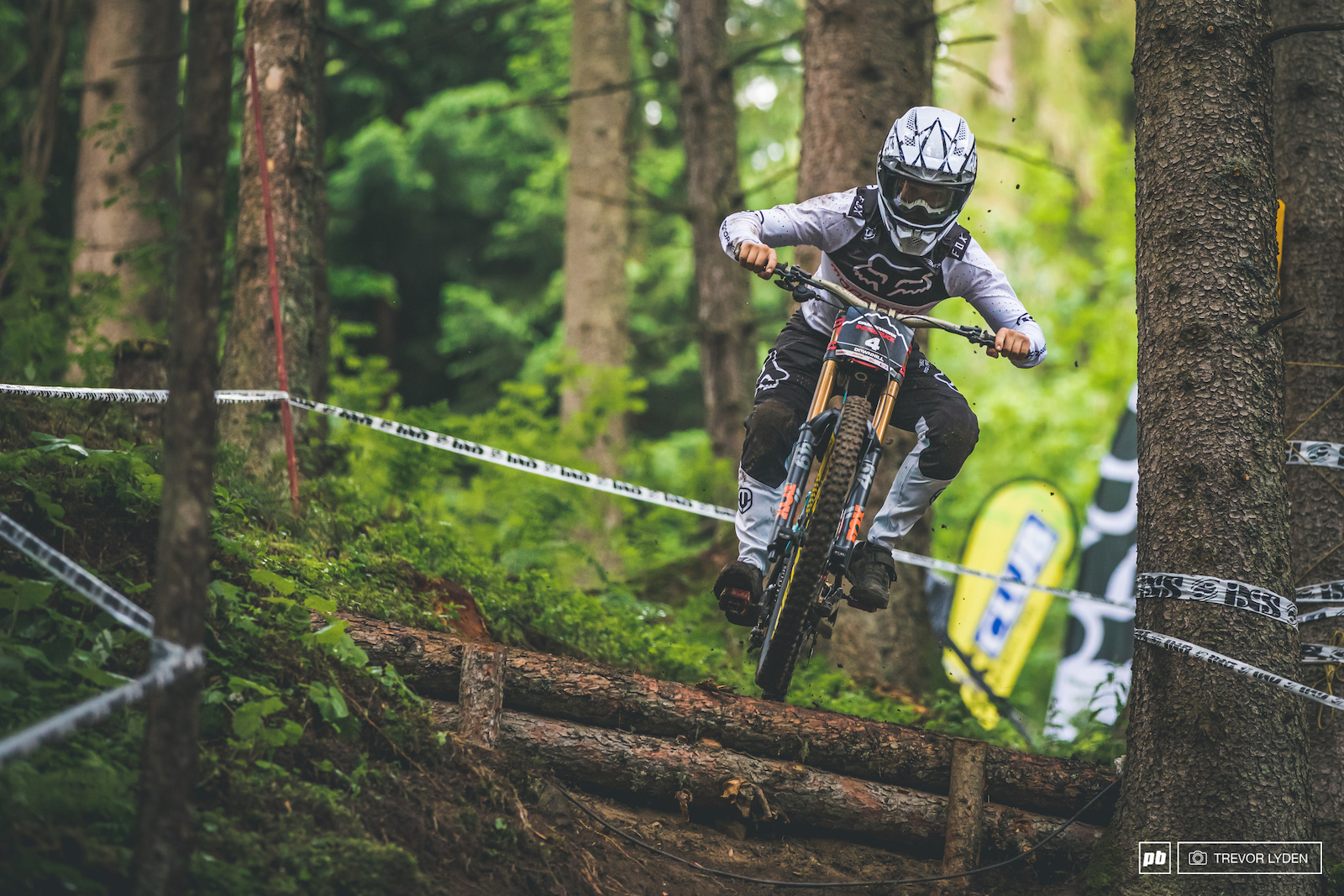 Laurie Greenland was looking pinned practicing on the mullet Mondraker but elected not to race in finals. 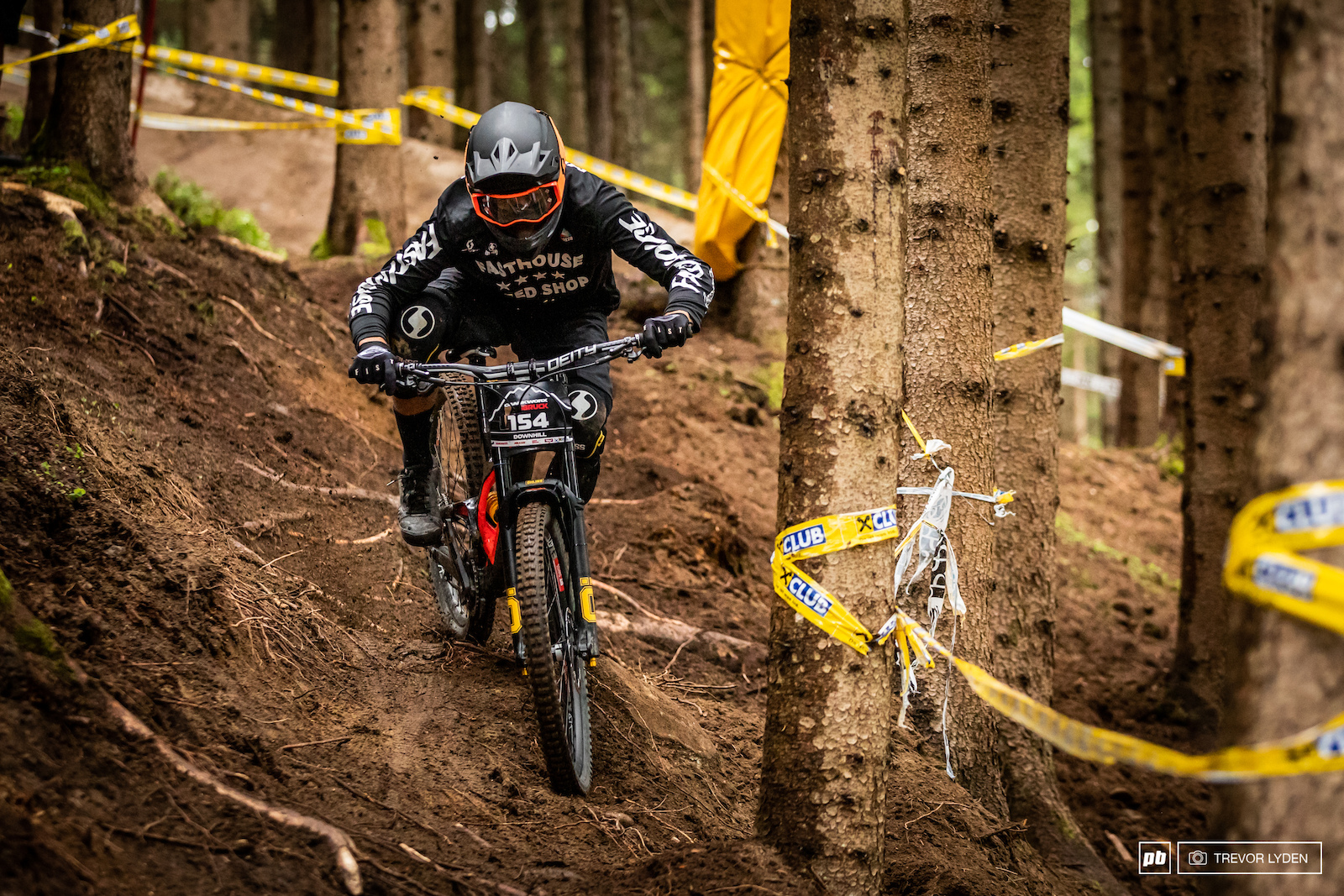 This off-camber root section just after the fireroad crossing seemed to be the most affected by the rain. Dave McMillan has a wiggle through the stump garden. 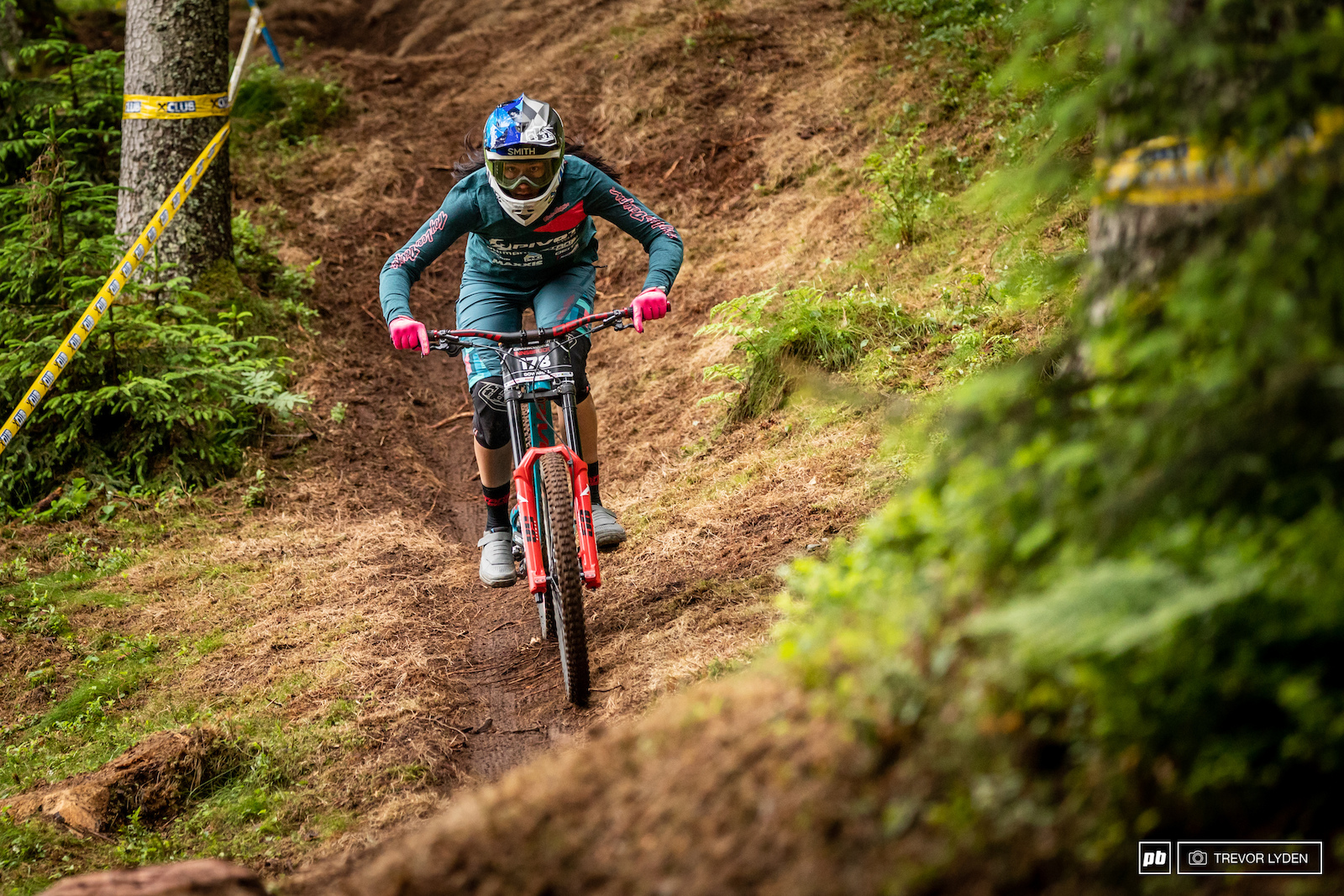 Kialani Hines is certainly not a downhill specialist but with Queen of Crankworx points on offer, she was in the running and finished a respectable 14th. 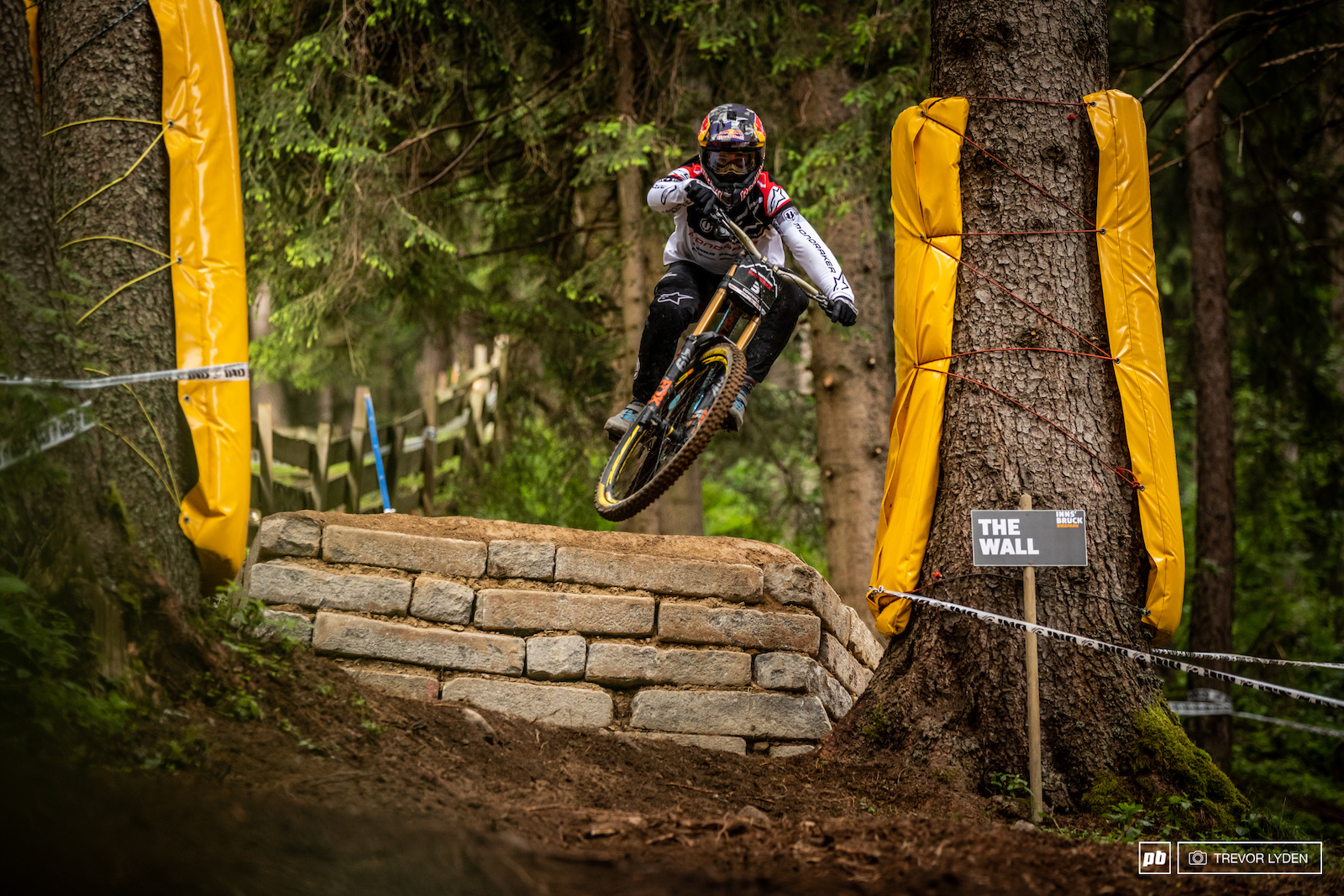 The fastest line off this drop was a scrub down and to the riders left, which allowed you to rail a small rut and stay high through the rest of the camber. 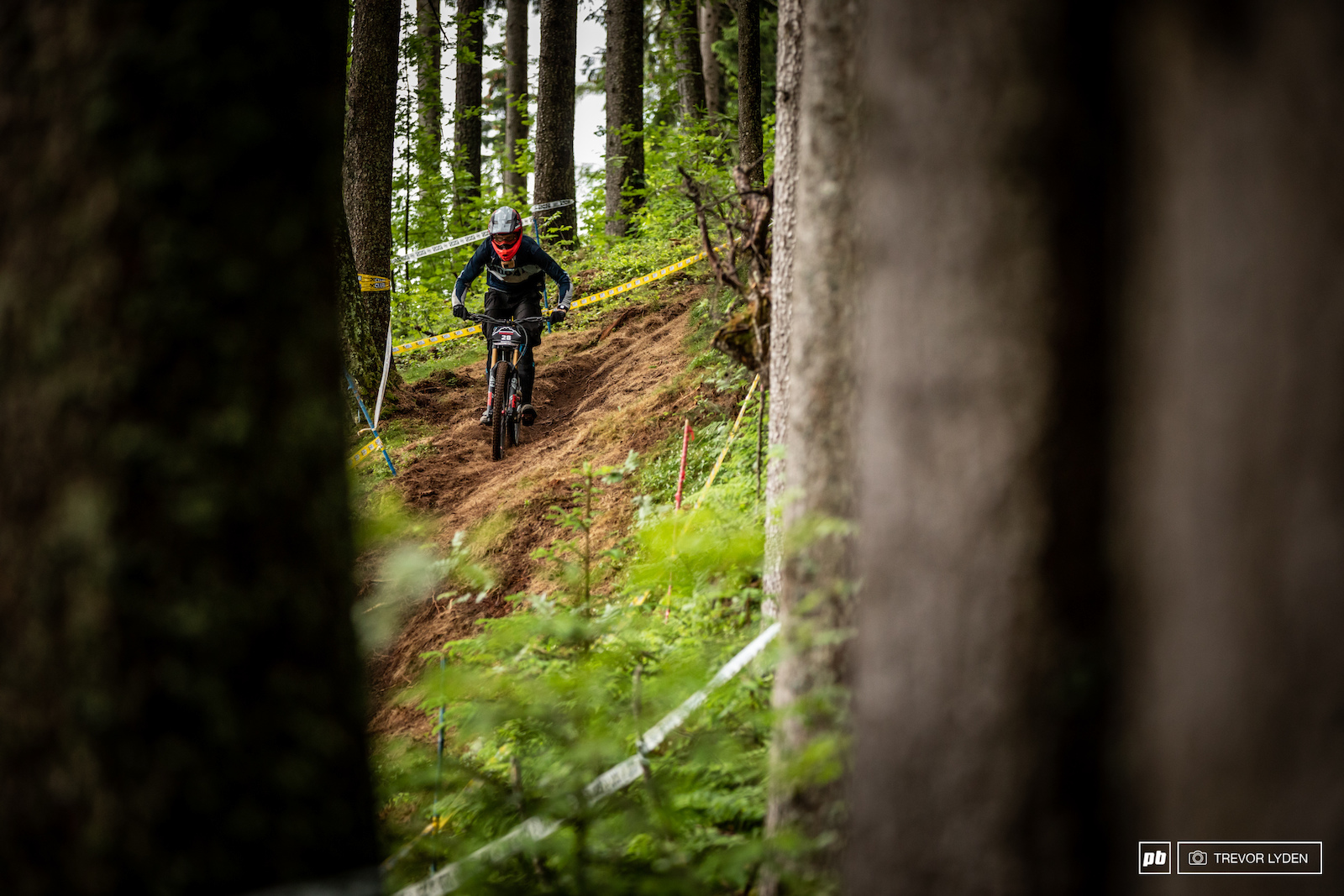 Ben Cathro was doubling up on vlogging and racing and finished 13th, beating quite a few of the riders he spends his weekend analysing from outside the tape. 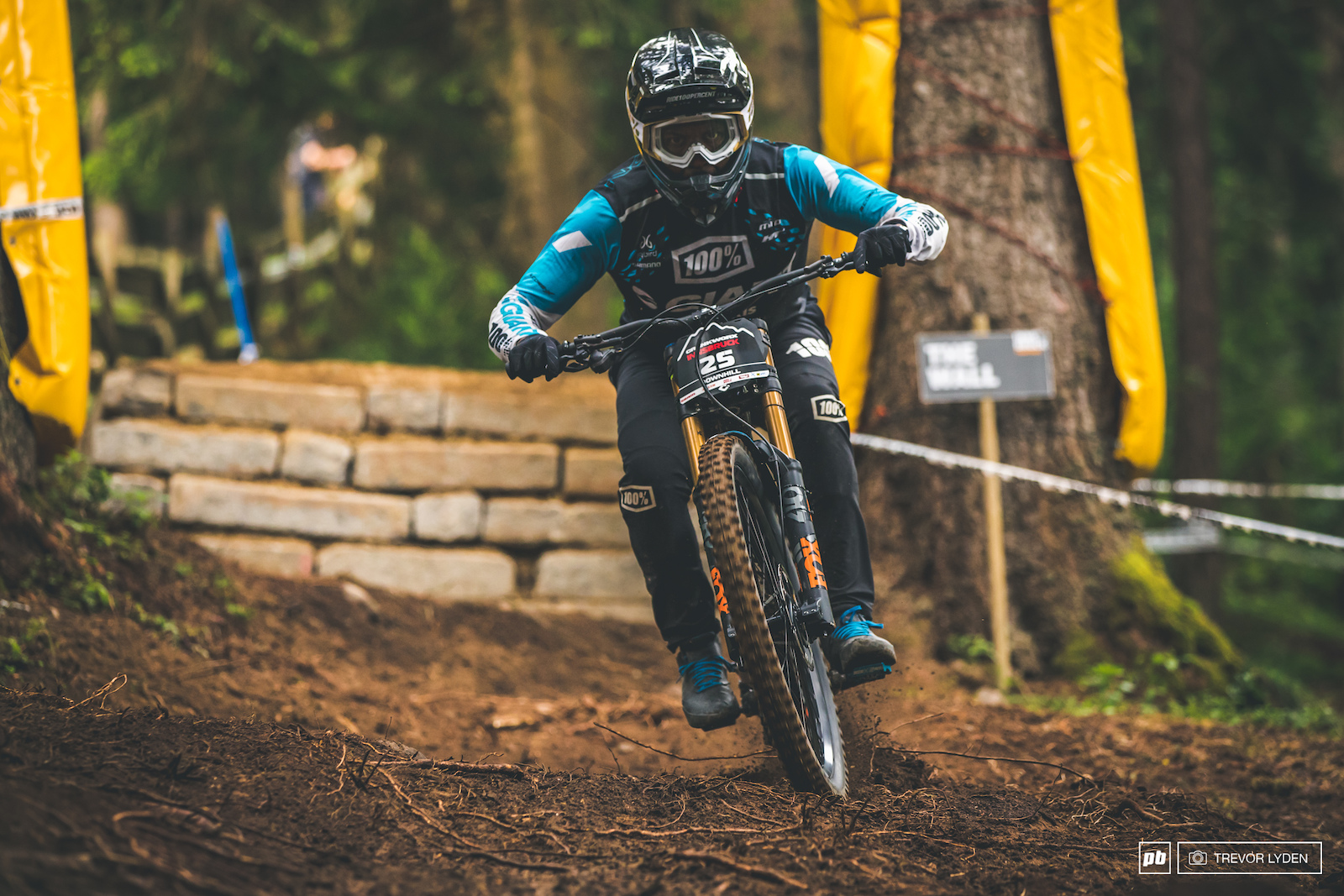 Eliot Jackson was another analyst on track and also finished strong in 27th. 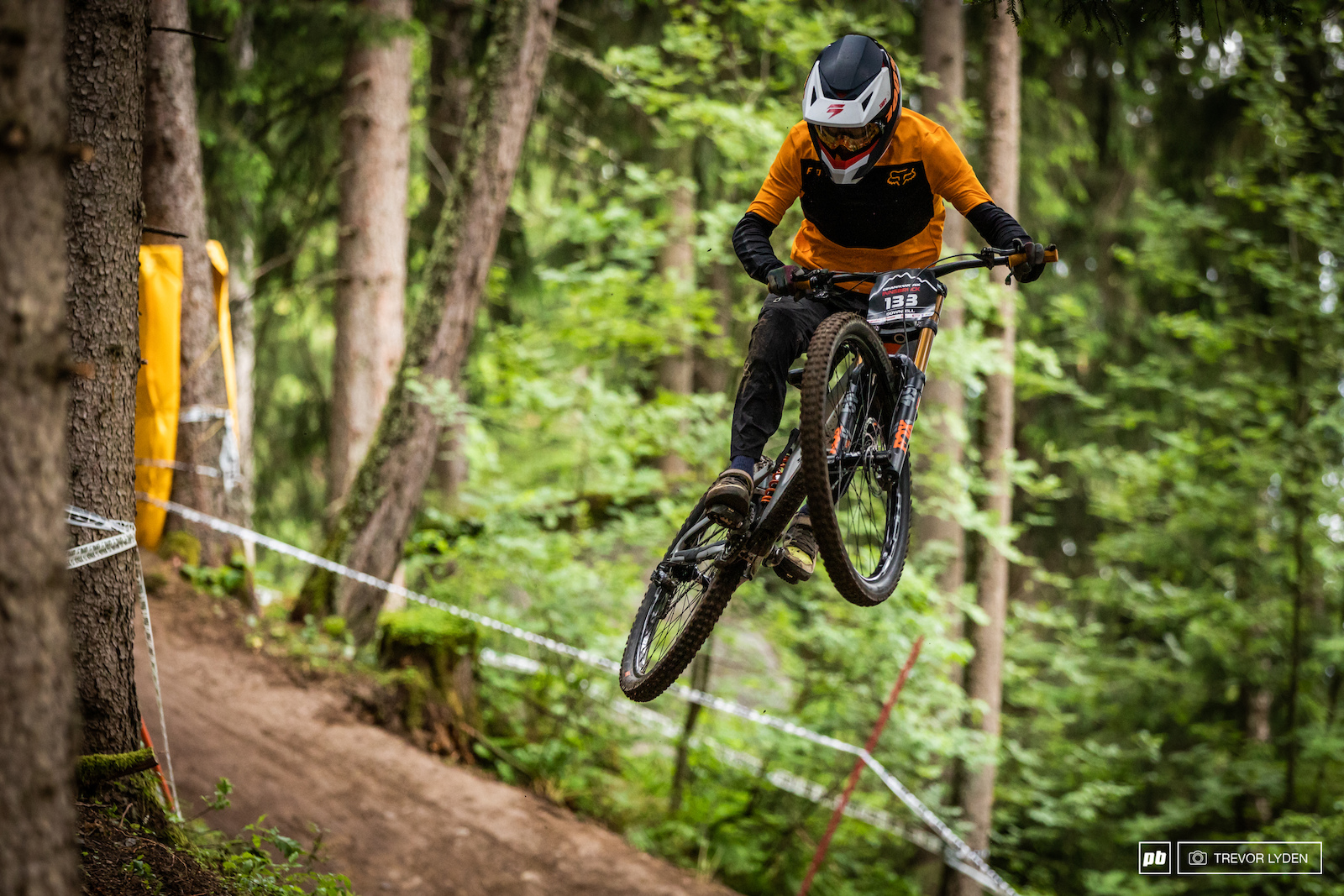 After being raked in in just ten days, it was more of a wheels on the ground track but riders still took the style opportunities where they presented themselves. 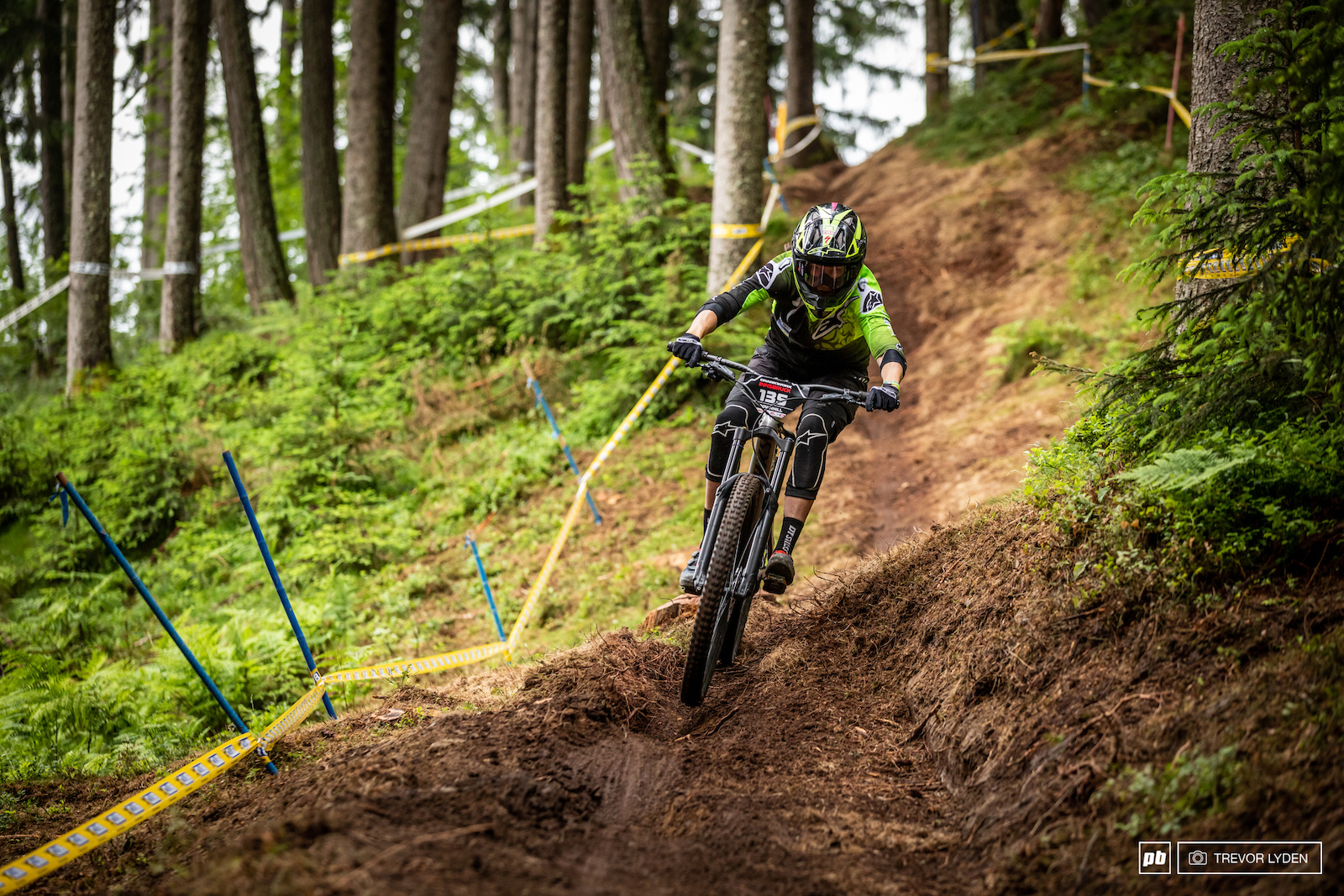 Anneke Beerten was one of a few racers on an enduro bike, which certainly won't have hurt on the bottom half of the track. 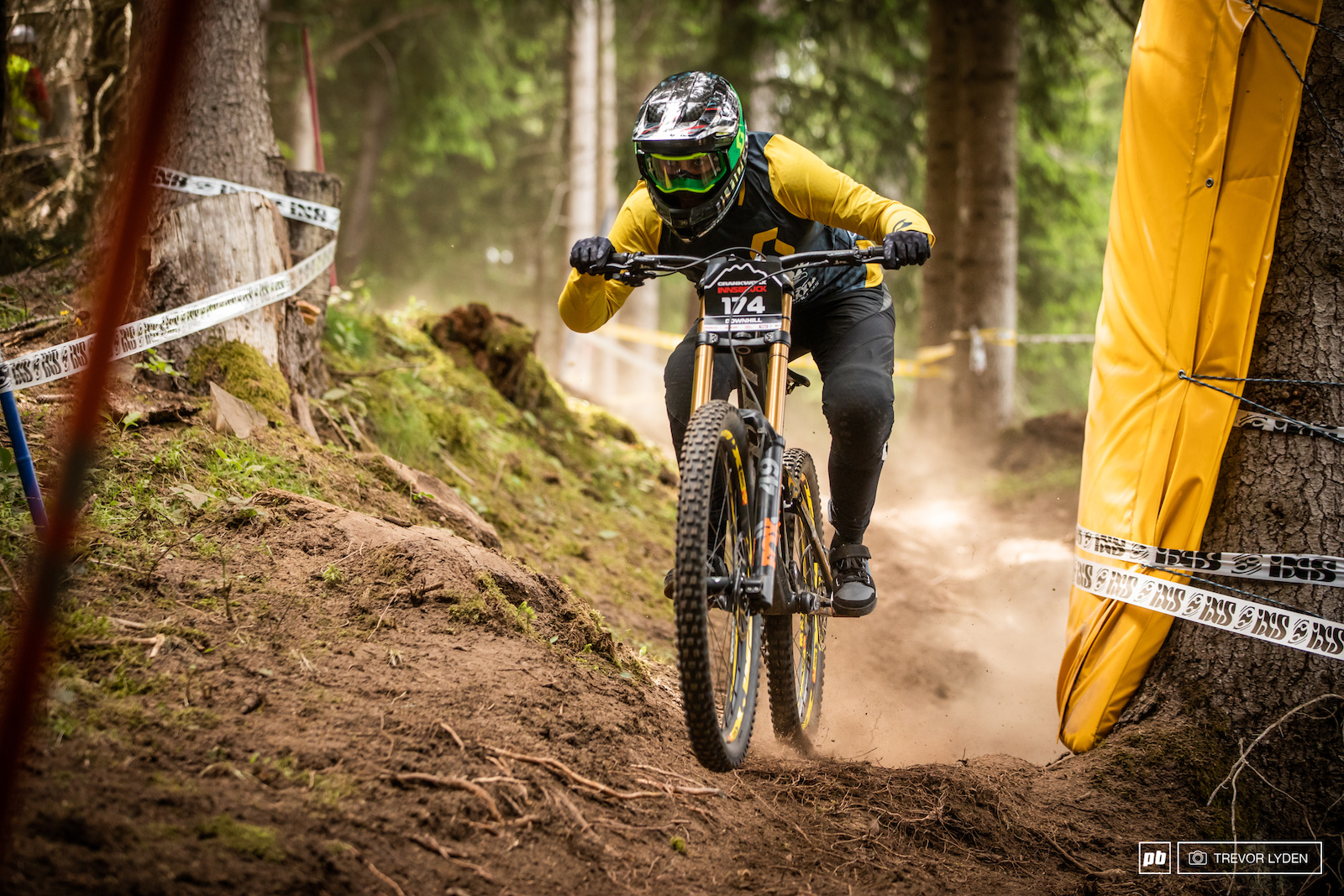 Marine Cabirou had a big crash and took a knock to the head. She seems to be all good though and rolled down eighth. 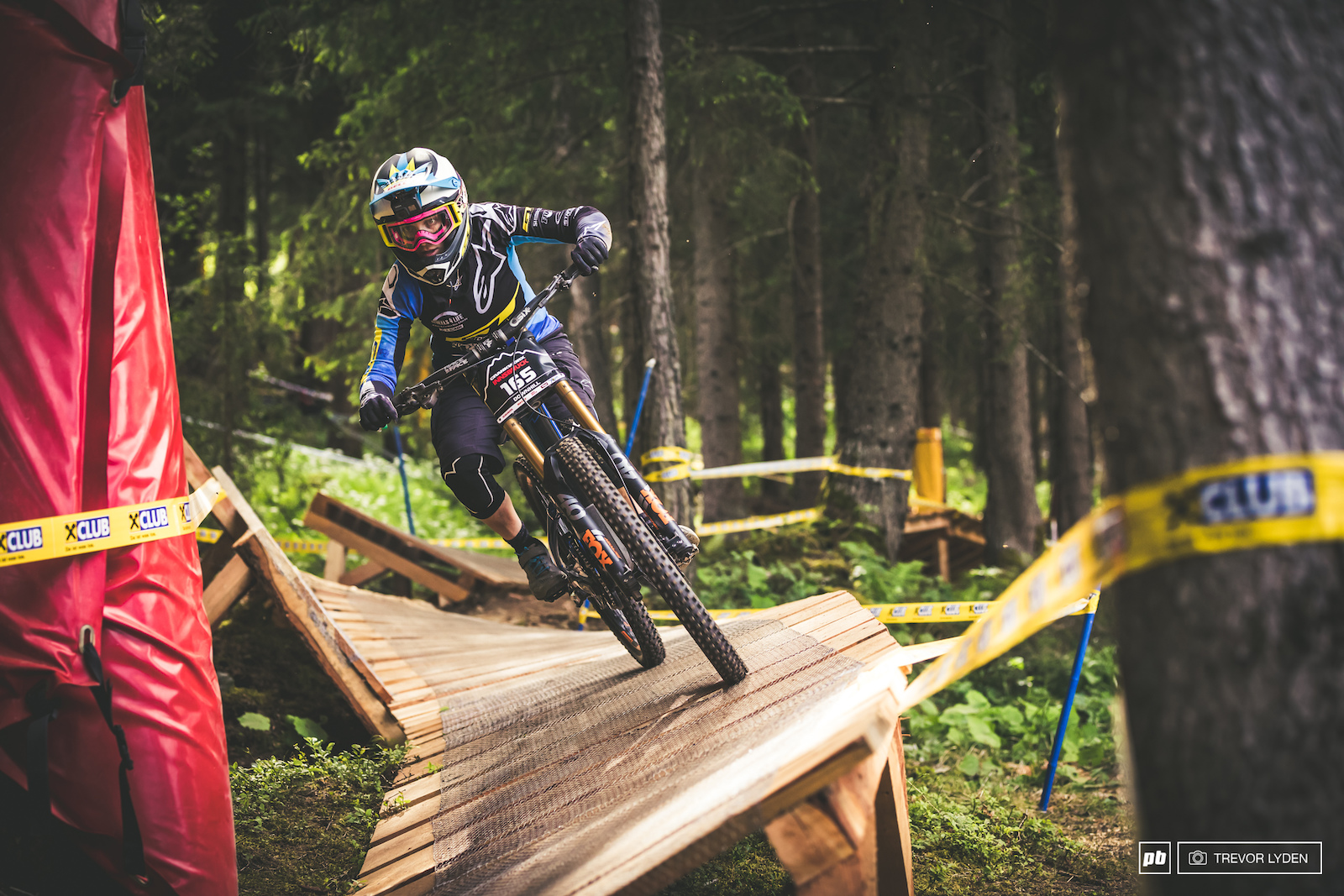 Noga Korem was taking some time off EWS duties to race on the big bike. 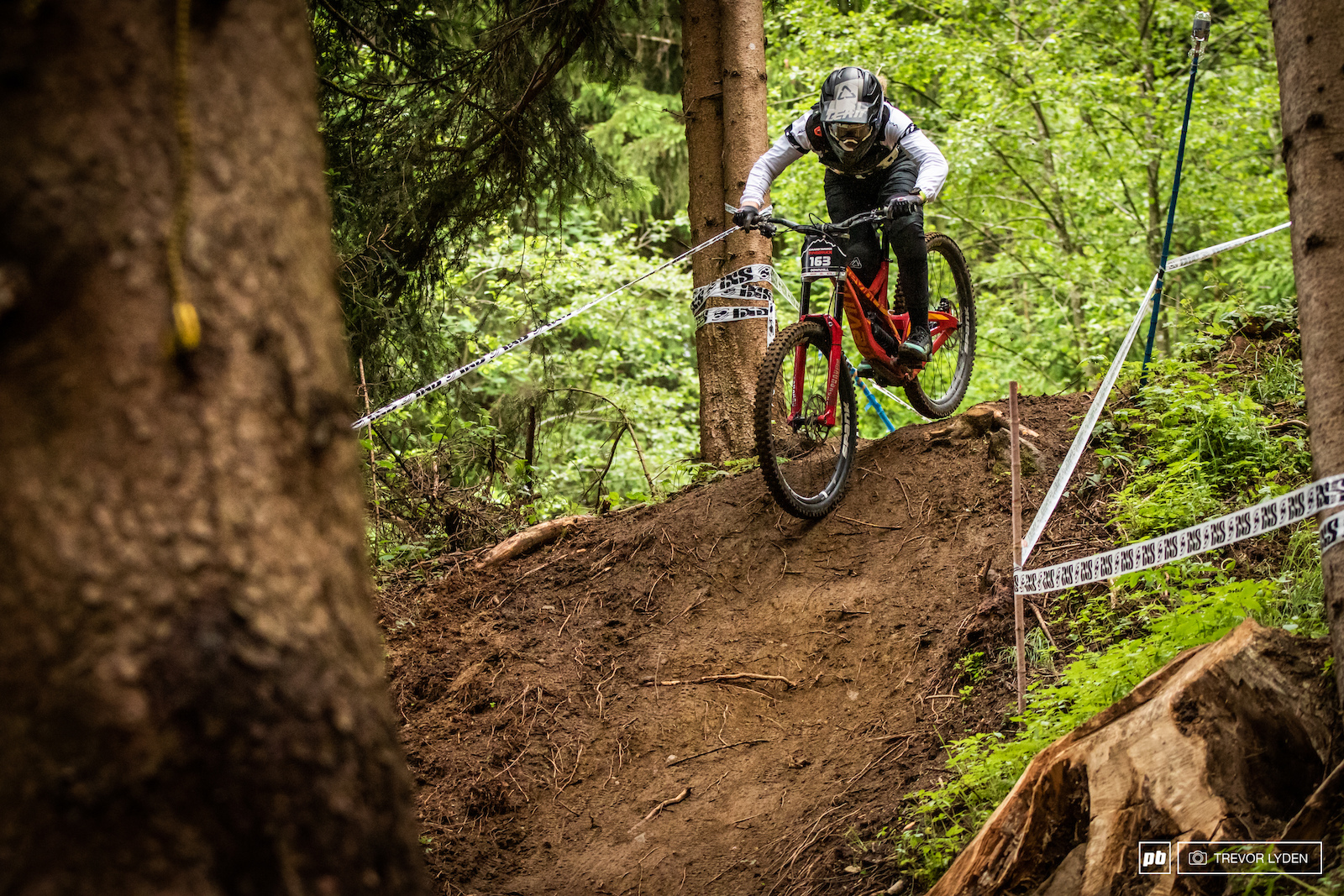 Kate Weatherly crashed and was unable to clip in for the bottom half of the track. She finished seventh. 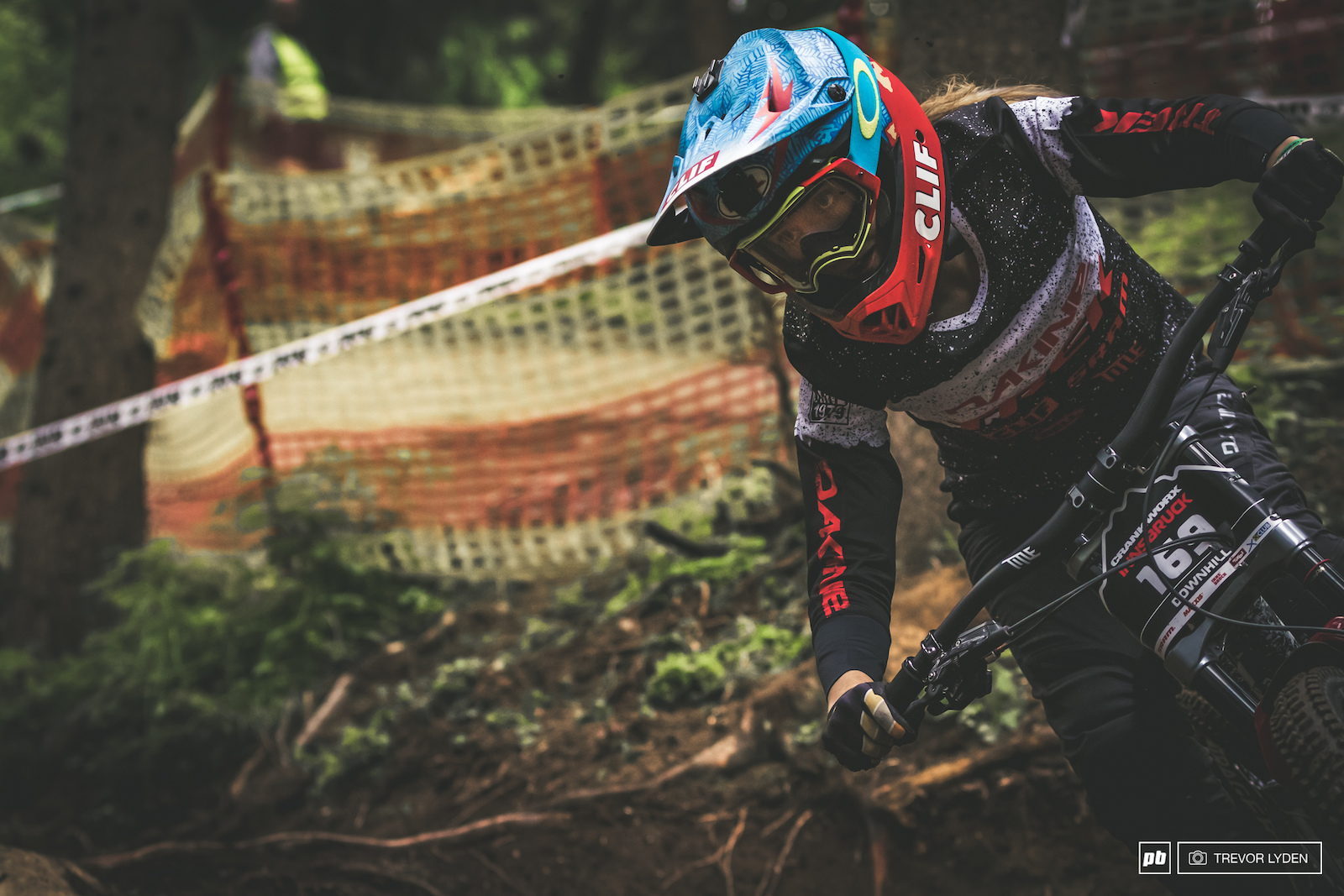 Three crashes and an 11th place finish for Casey Brown. 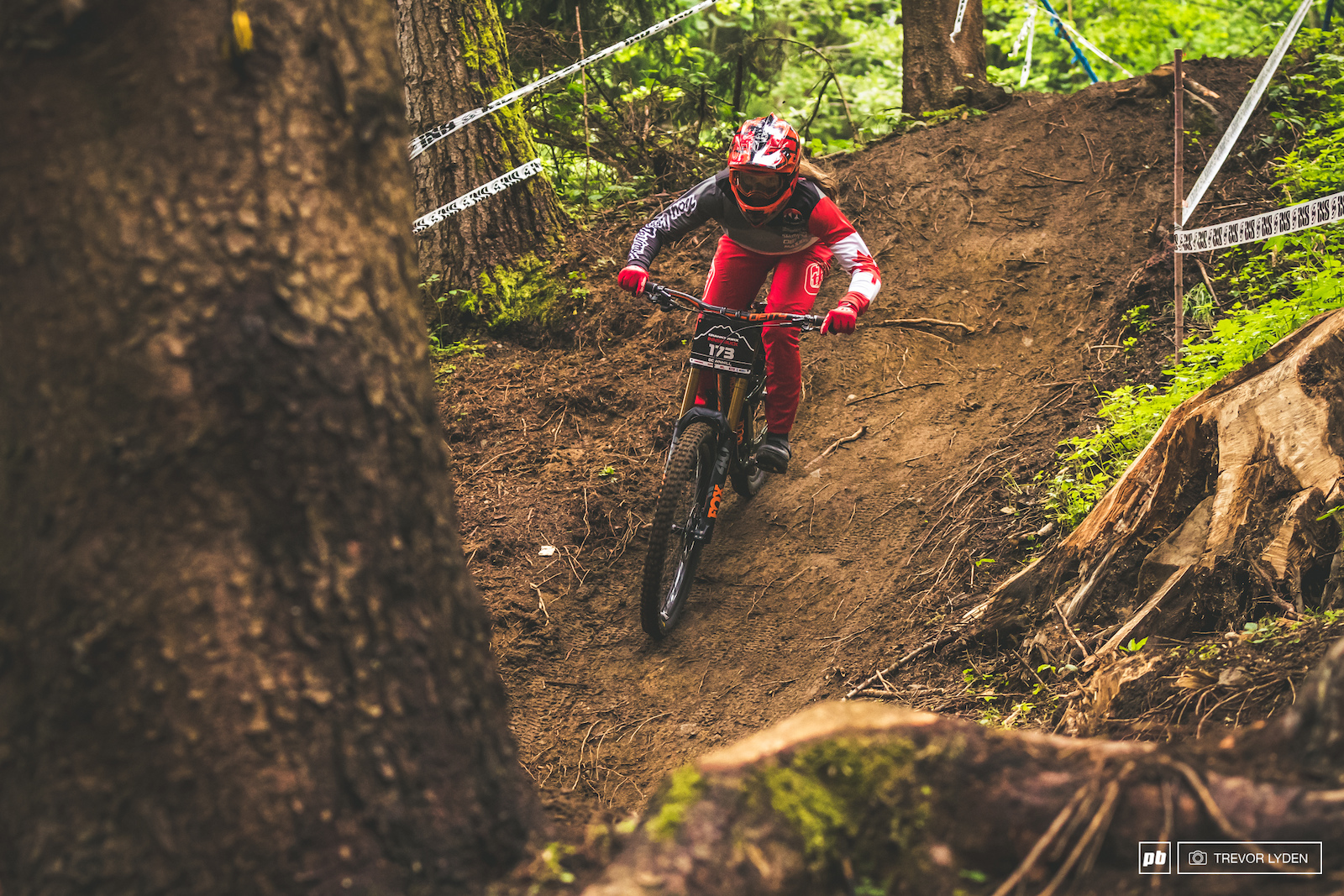 Vaea Verbeeck finished fifth, giving her plenty of points to extend her Queen of Crankworx lead. 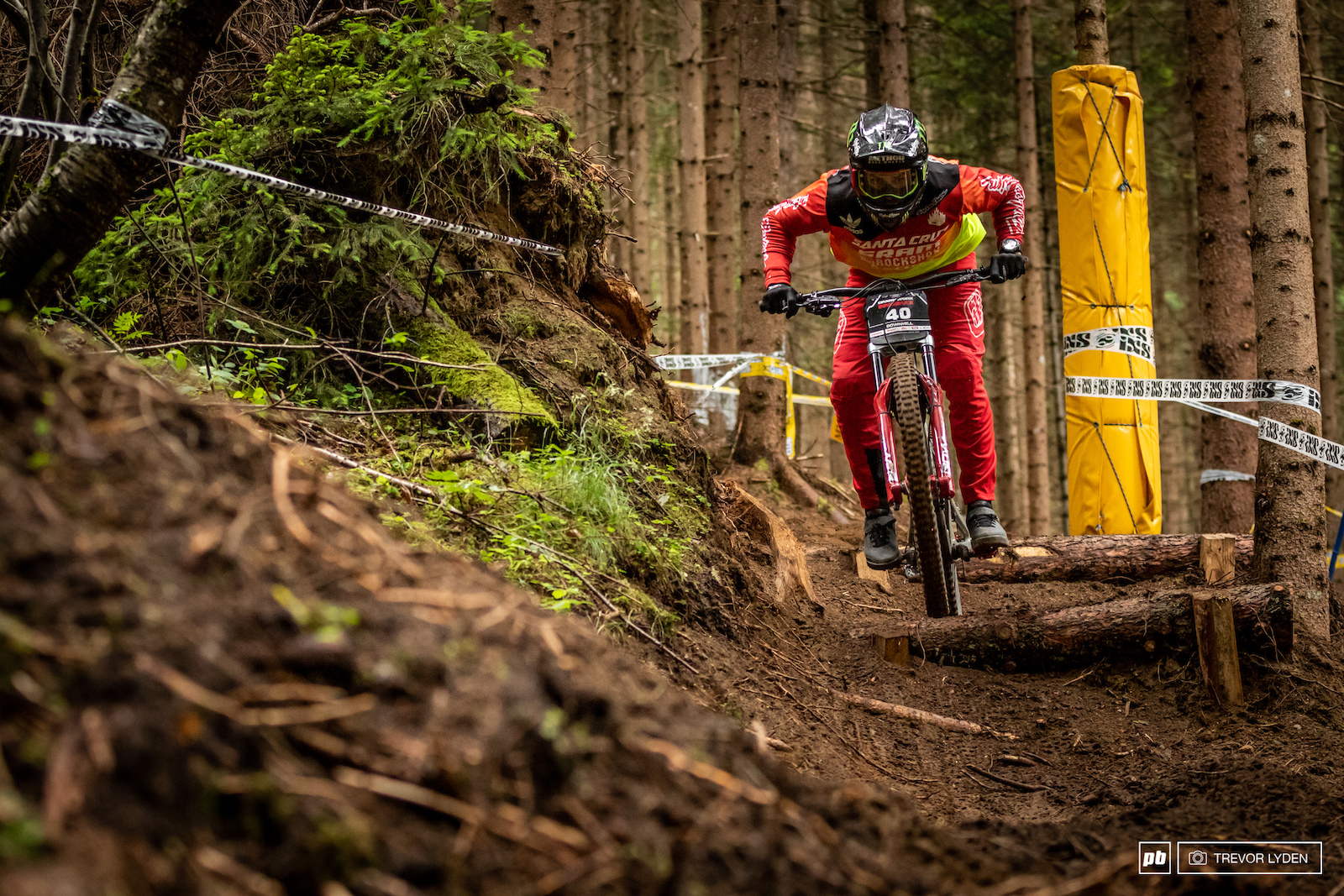 Mitch Ropelato rounded off a medal-winning week with a top 20. 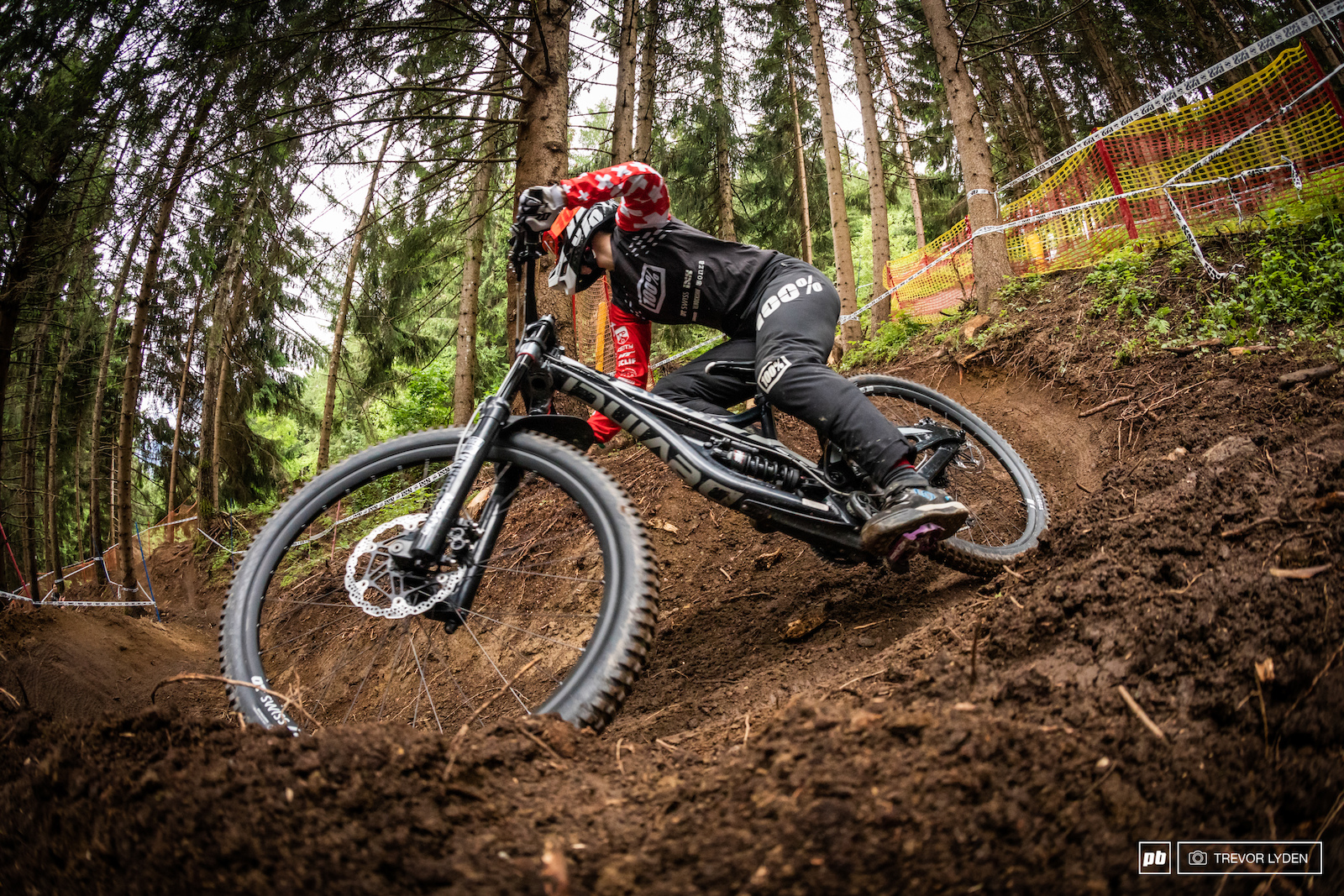 Carina Cappellari has been consistently in the top ten at World Cups this year but she really stepped it up in Innsbruck and finished third at her first ever Crankworx. 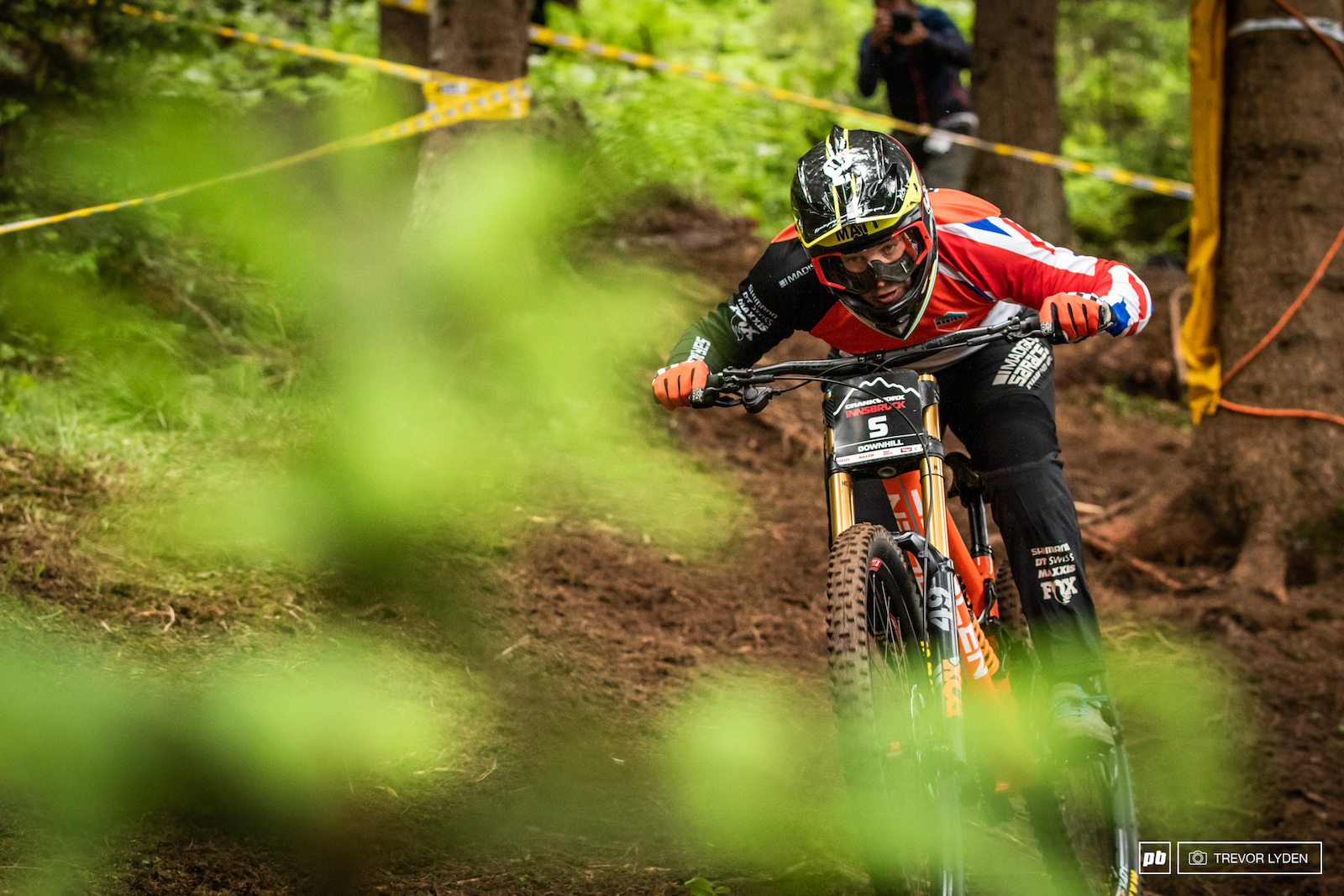 Matt Walker stopped the clock at 3 minutes dead for a sixth-place finish. 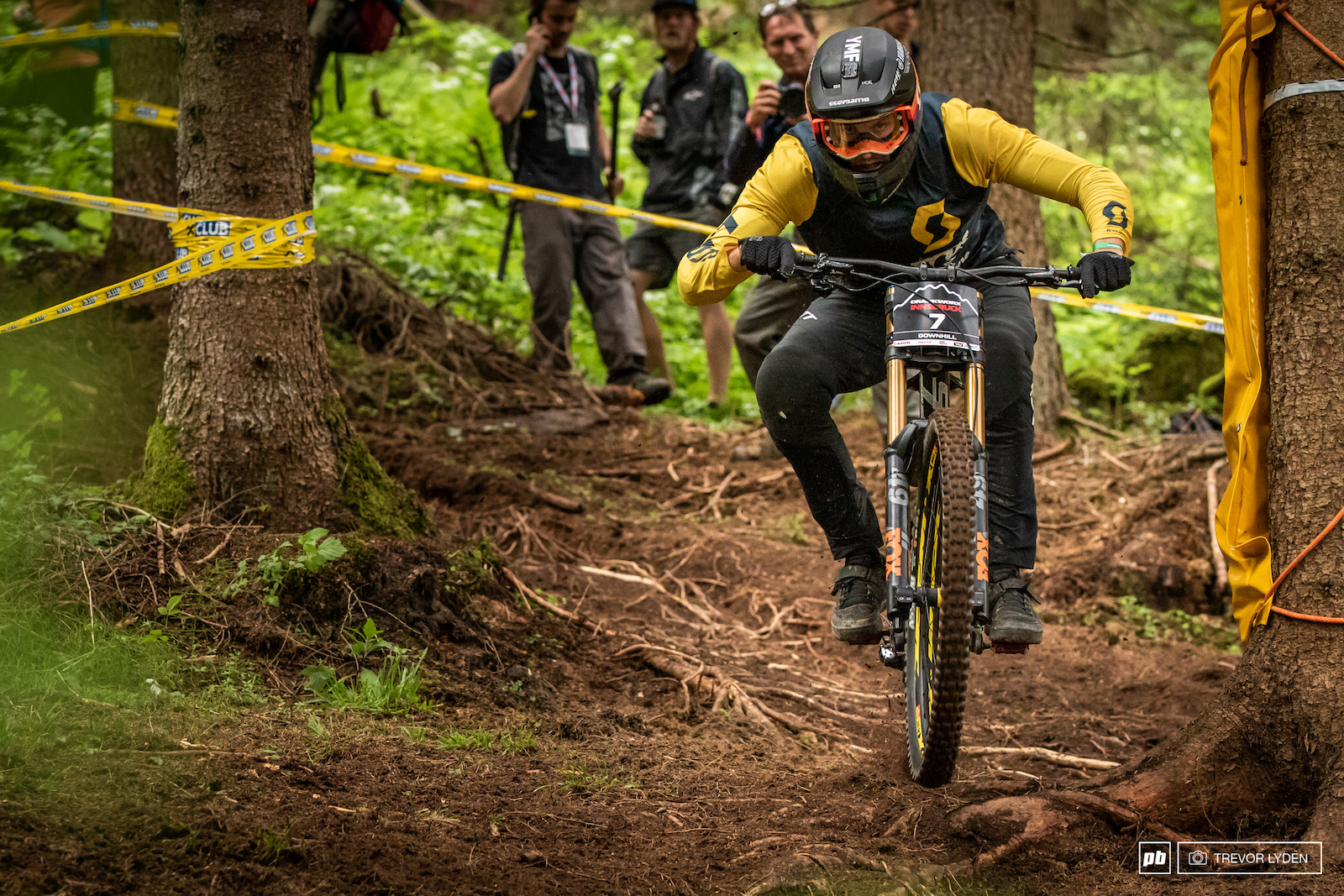 Dean Lucas rounded off a Southern Hemisphere top three for one of his best results so far on Scott. 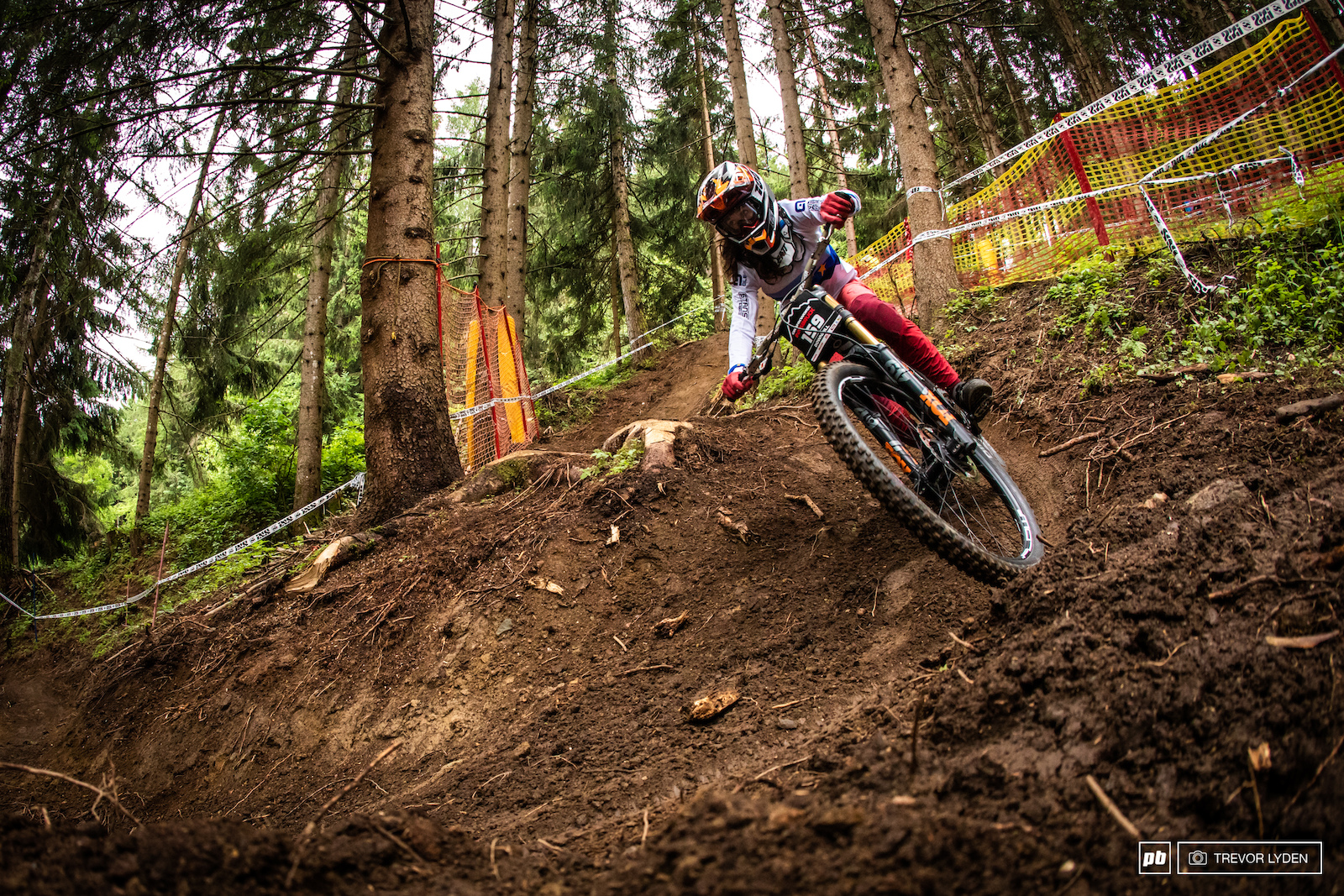 Three Swiss riders were hot on the heels of Tracey Hannah with European Champ Camille Balanche leading the charge. 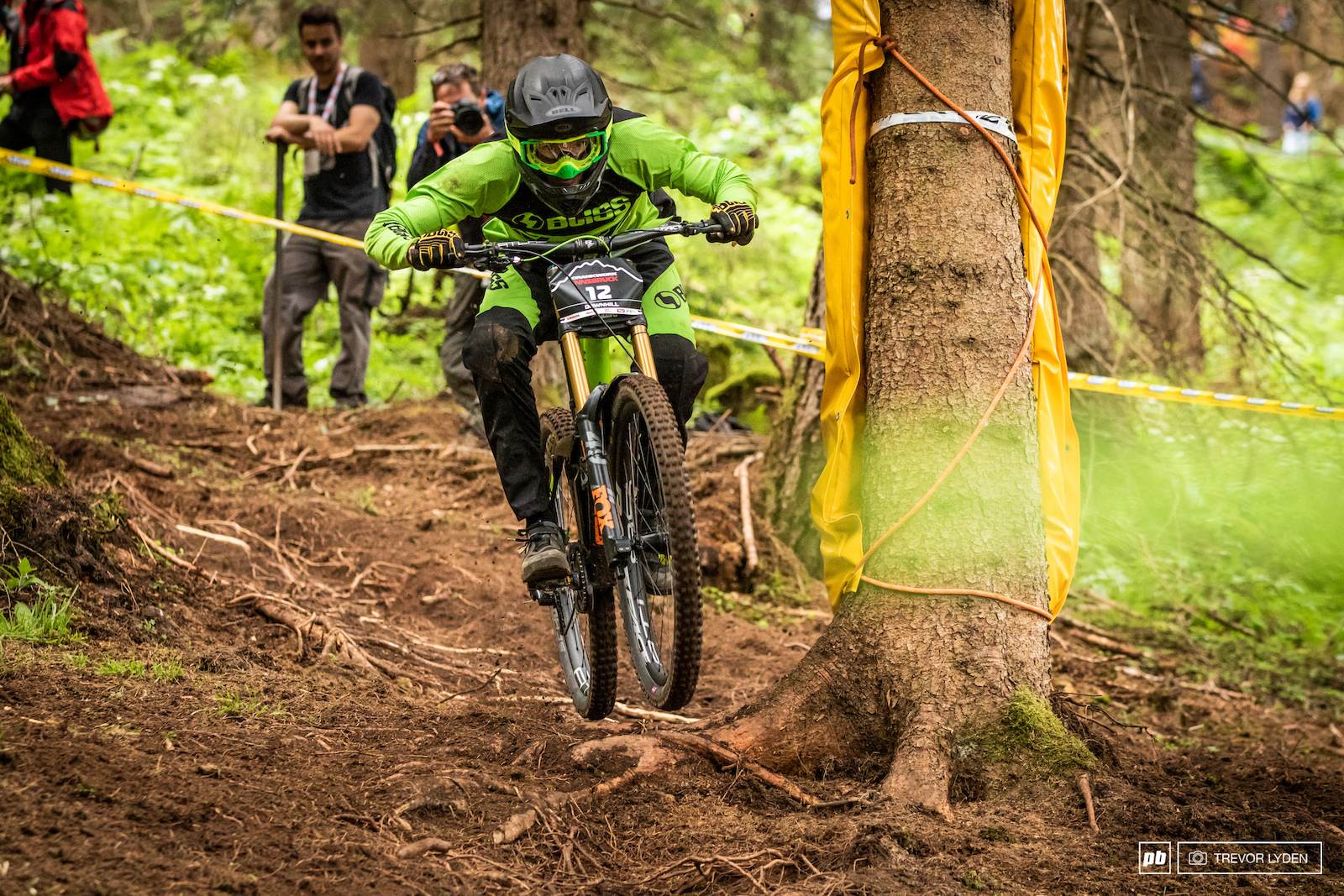 Phil Atwill was looking loose all week but that didn't translate into race day pace and he finished 22nd. 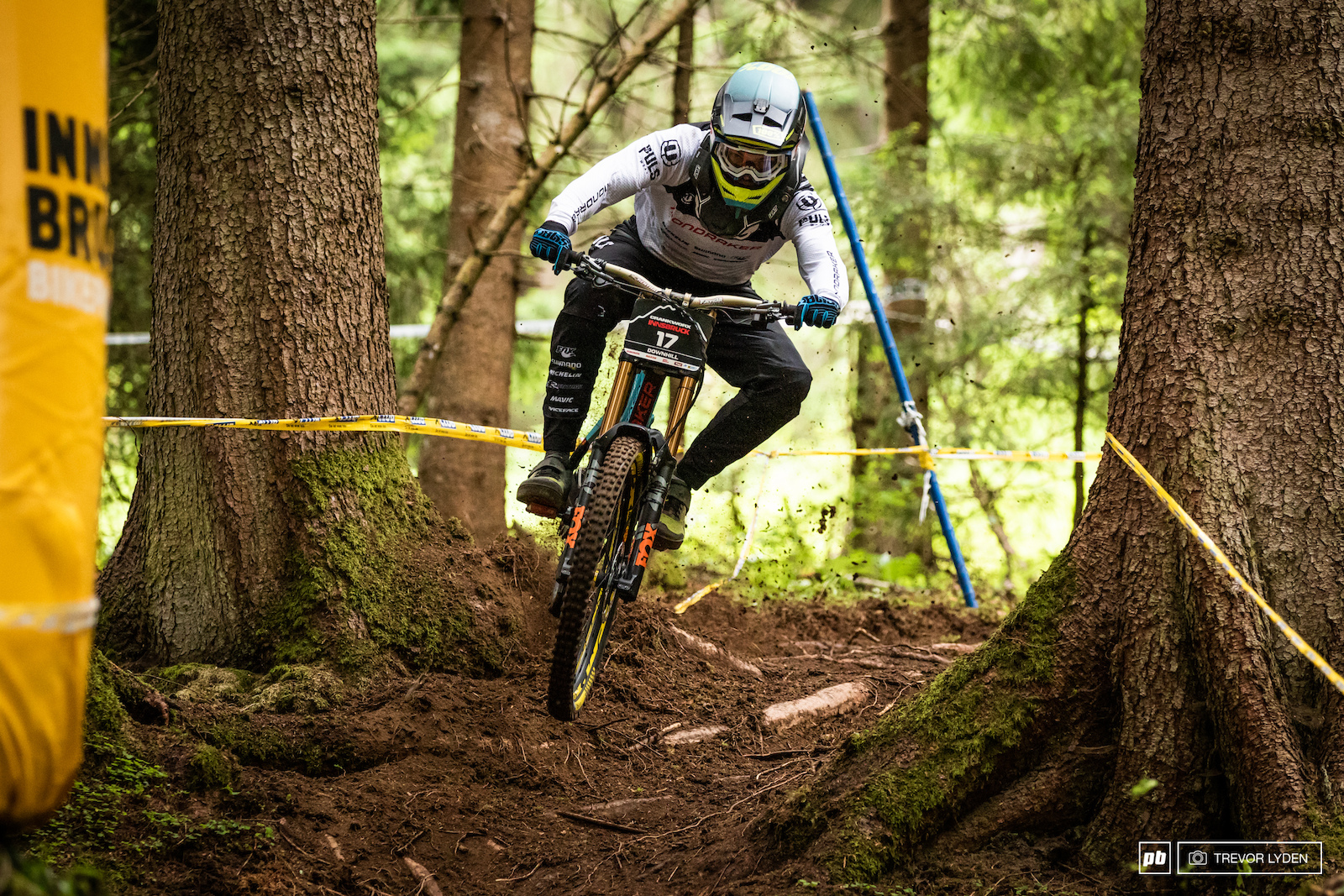 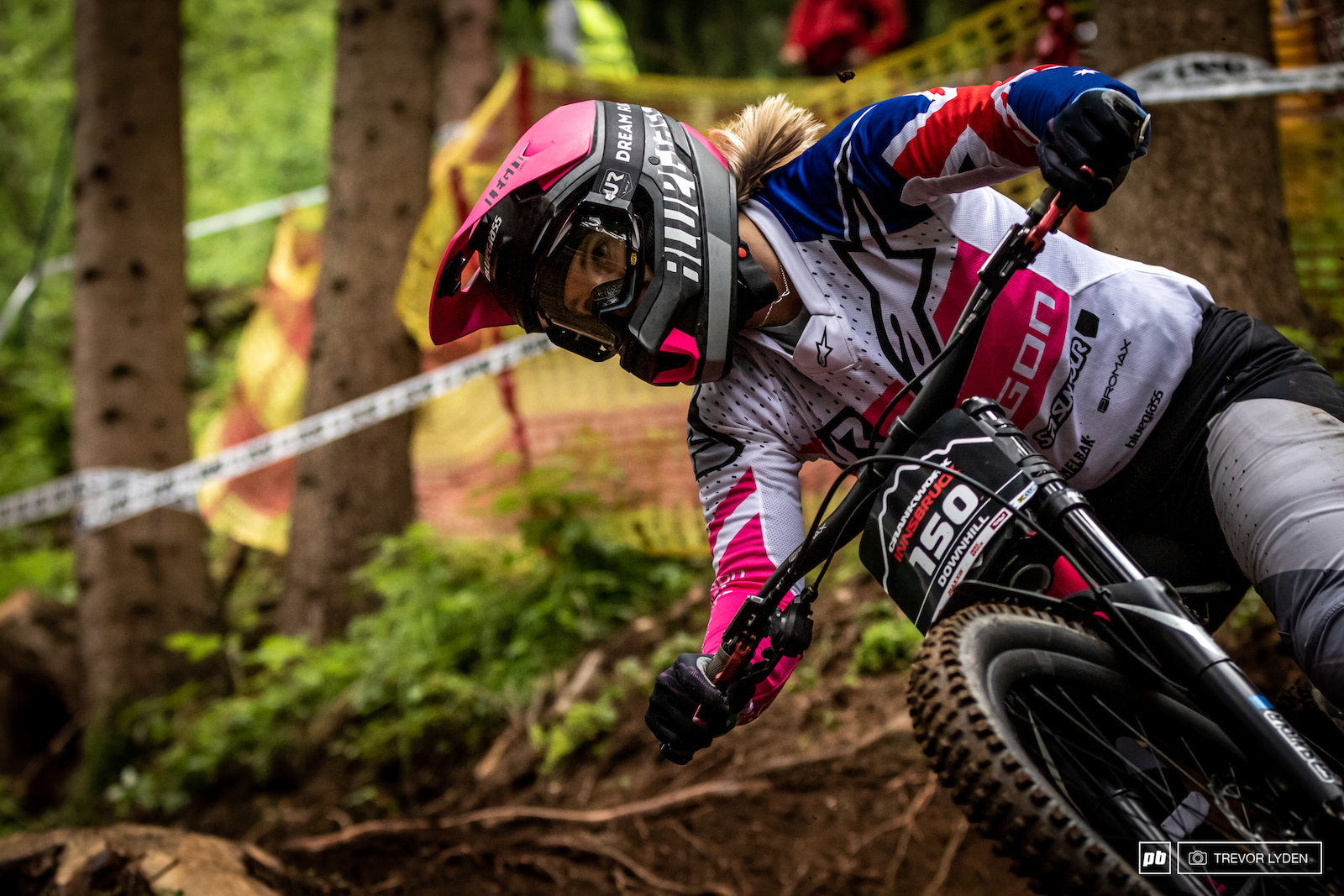 Tracey Hannah is a dominant force in the Crankworx DH series and had won every one she's started since Les Gets 2017. 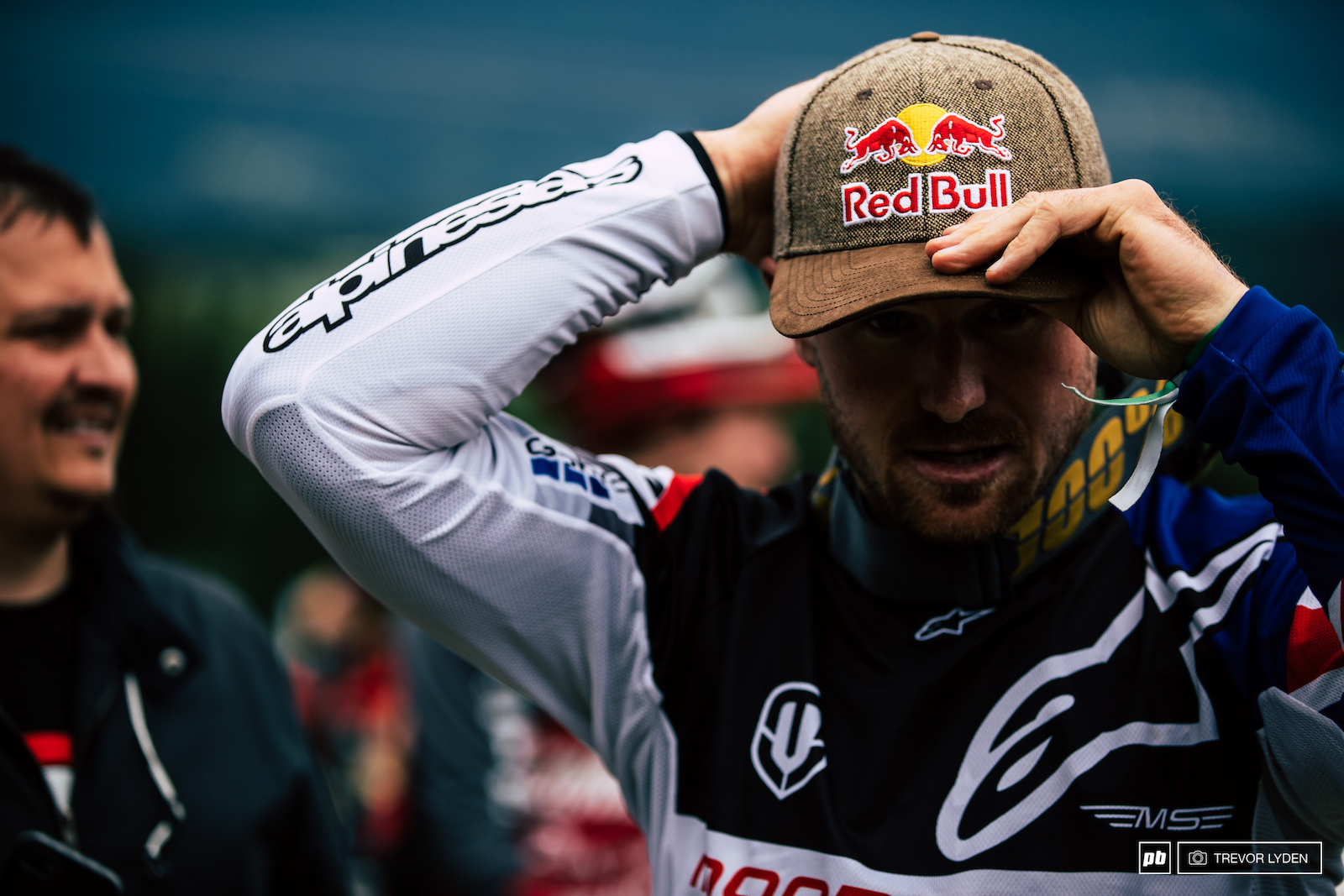 Two for two, Brook MacDonald is enjoying a rich vein of form at the Crankworx downhill events in 2019. 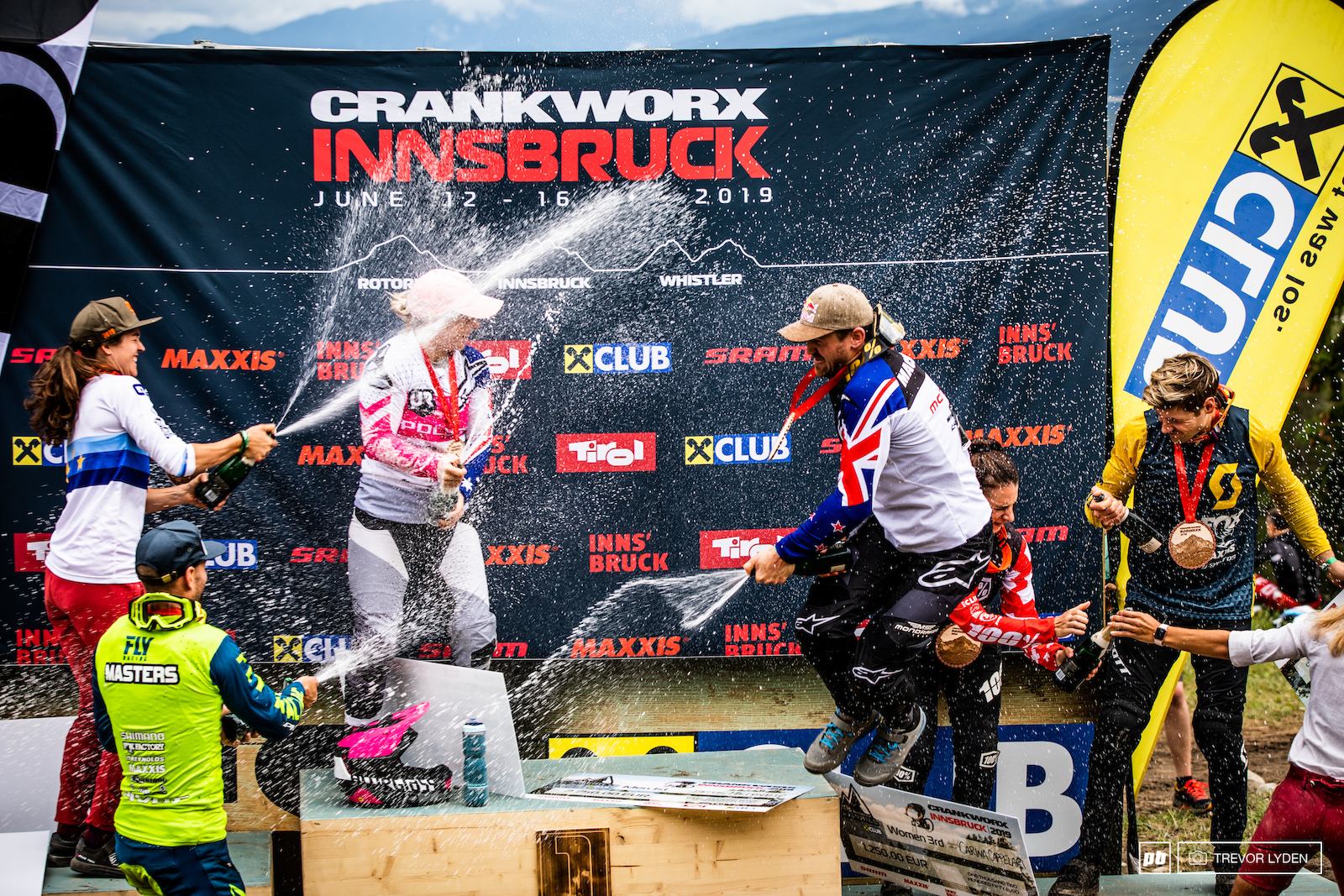