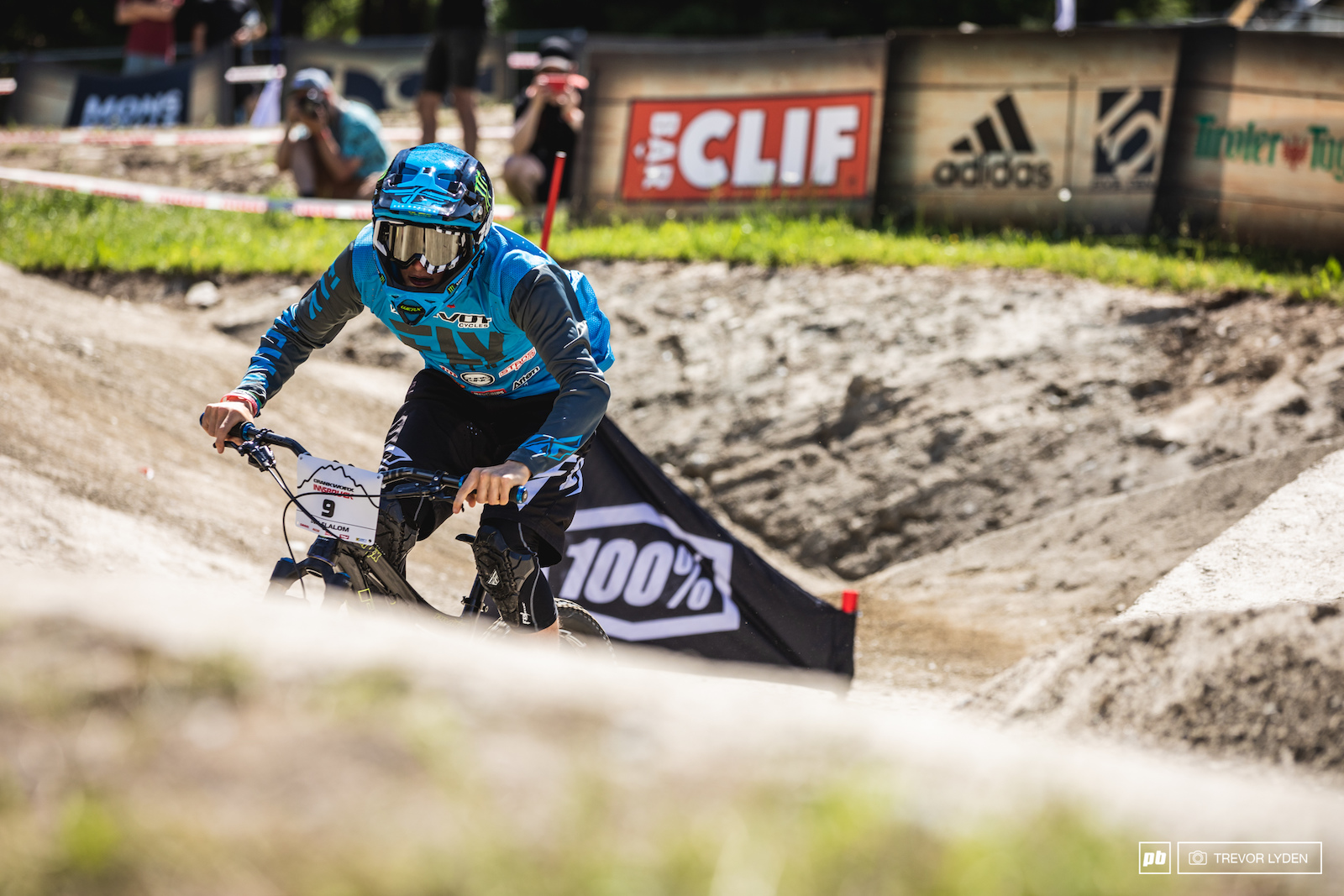 Crankworx Innsbruck
Sterling Job
100% Dual Slalom
Photography by Trevor Lyden and Samantha Dugon
As Billy Meaclem proved in Rotorua, you'd be a brave soul to place bets when it comes to Crankworx. This time it was Matthew Sterling, a 17 year old from California, who tore through the competition and announced himself on a global stage. Battling Bas Van Steenbergen, Keegan Wright, and Mitch Ropelato, the teenager claimed some big scalps on his way to the top step and fully deserved the hard fought win.

The women's final ended with a showdown between Rotorua Pump Track winner Kialani Hines and current Queen of Crankworx leader Vaea Verbeeck. Shania went fastest in the first heat but she was on the quicker white line. In the end, Vaea did just enough to beat her when the lanes were reversed and took her second Crankworx Dual Slalom win of the year. 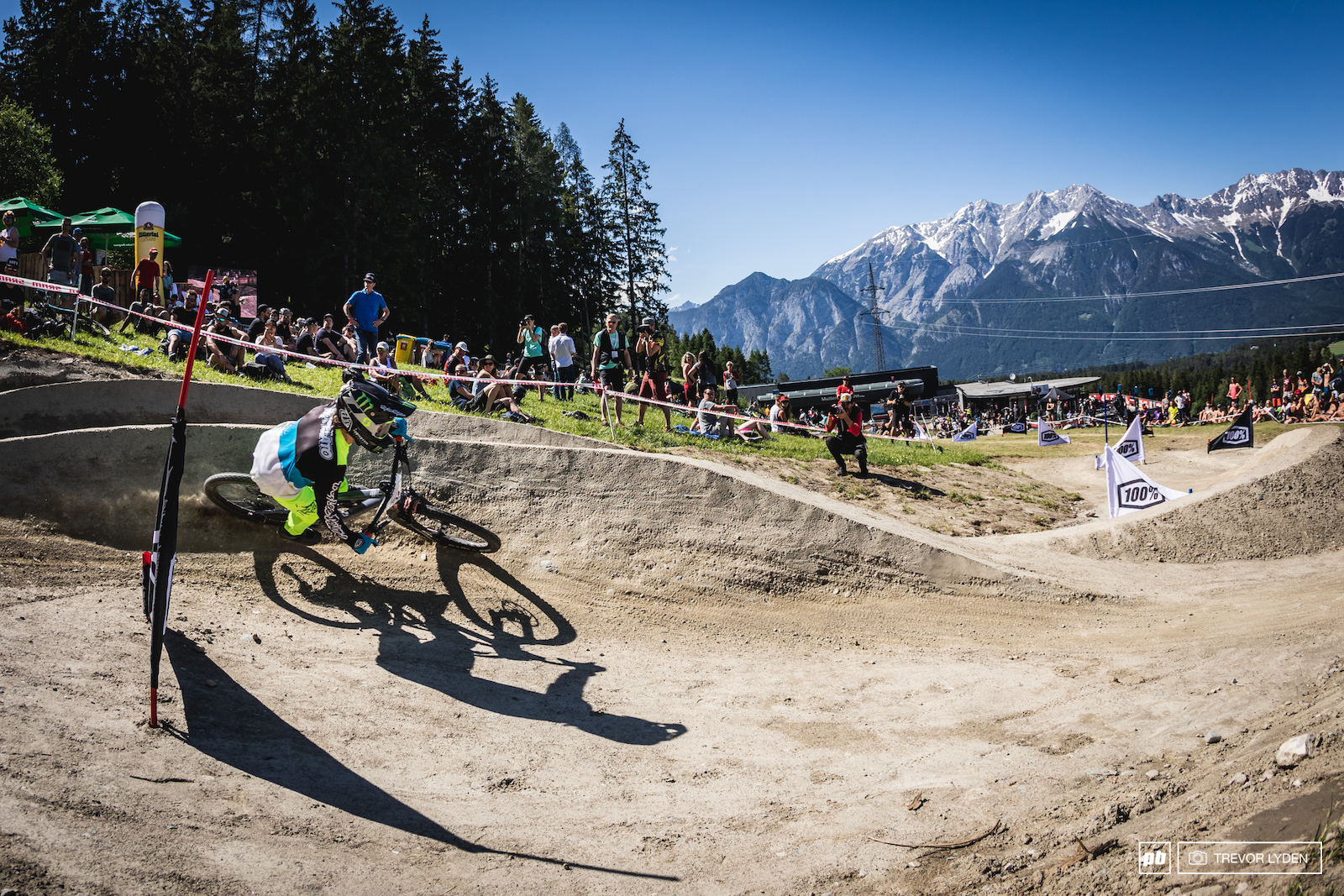 Roplelato was second in seeding and set the pace in the early rounds. 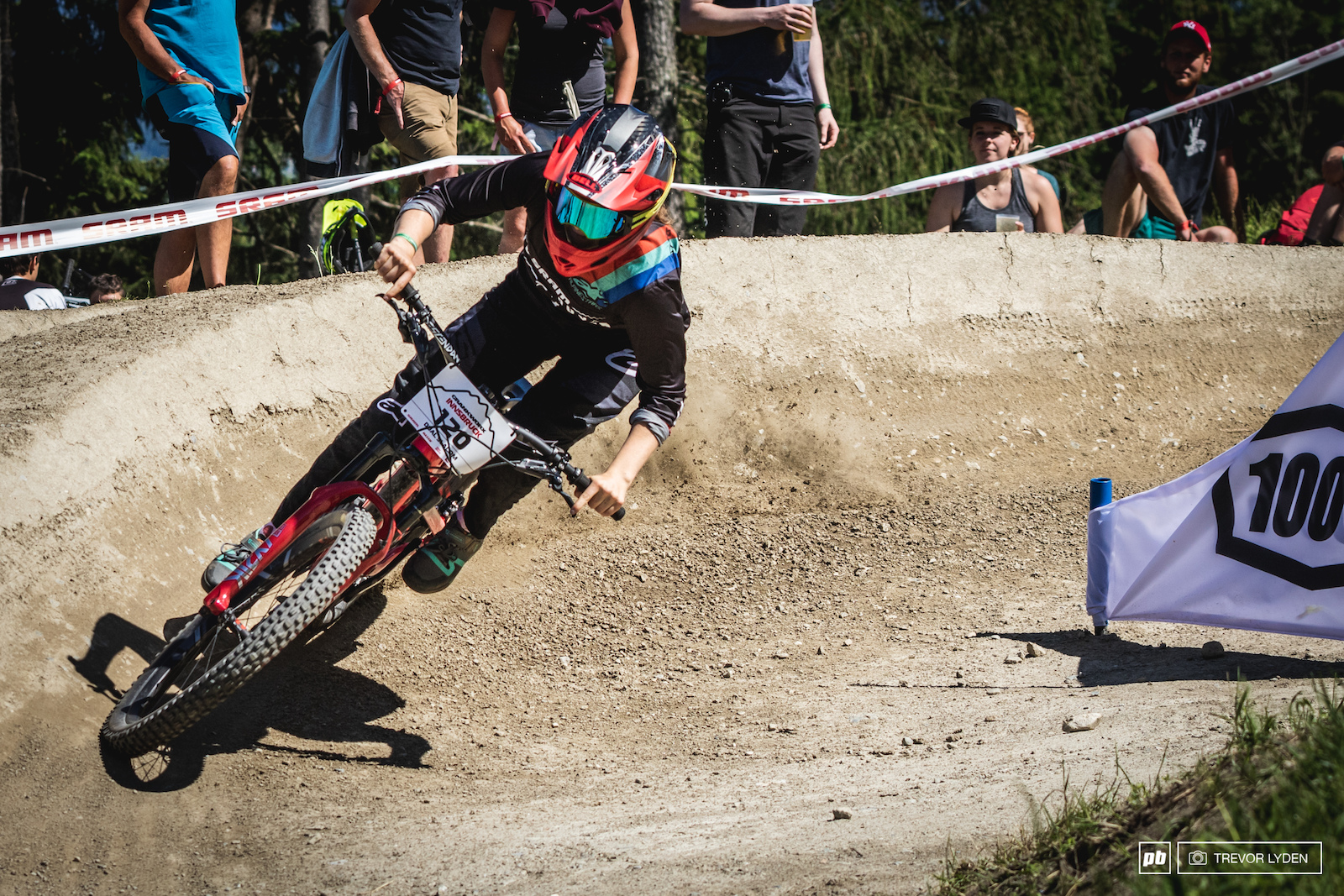 Just a fortnight after her first World Cup win, junior Anna Newkirk was on track and proved she's not just a one trick pony with a sixth-place finish. 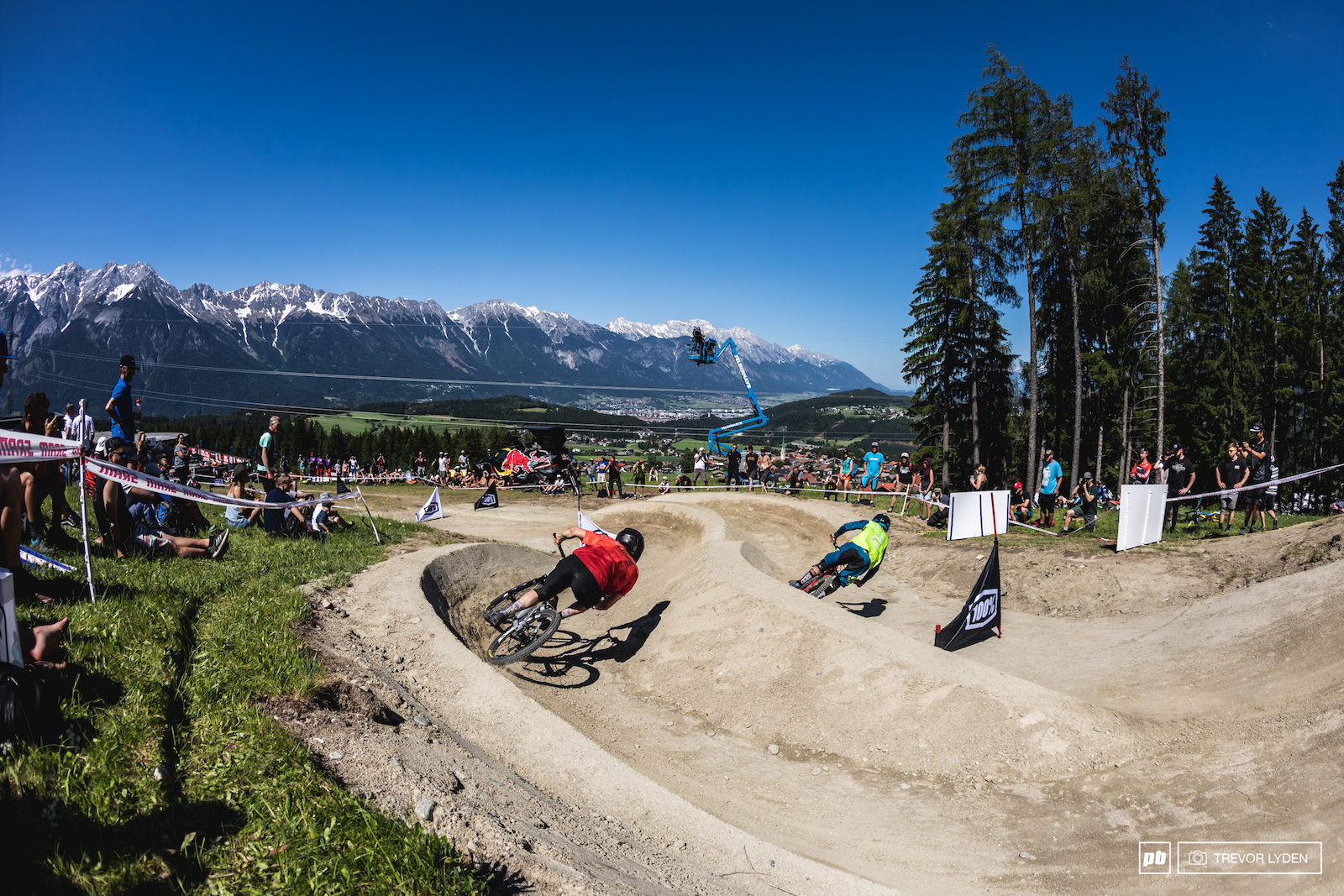 Ed Masters got off to a great start by beating top qualifier Loron. He lost traction in the final few turns of his first heat against Keegan Wright and would go out despite pulling back 1.2 in the second. 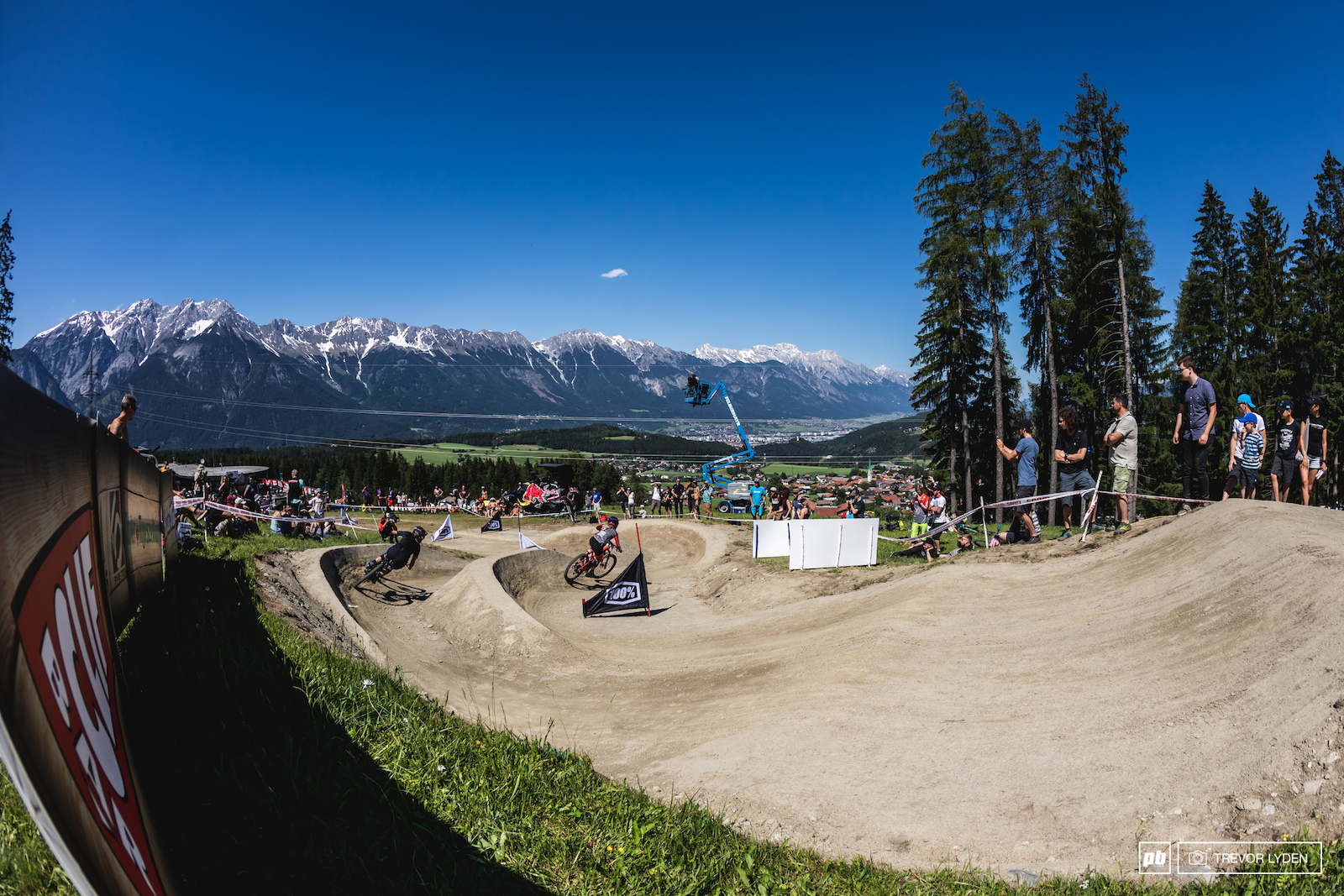 Is there anywhere in Austria that doesn't look amazing? 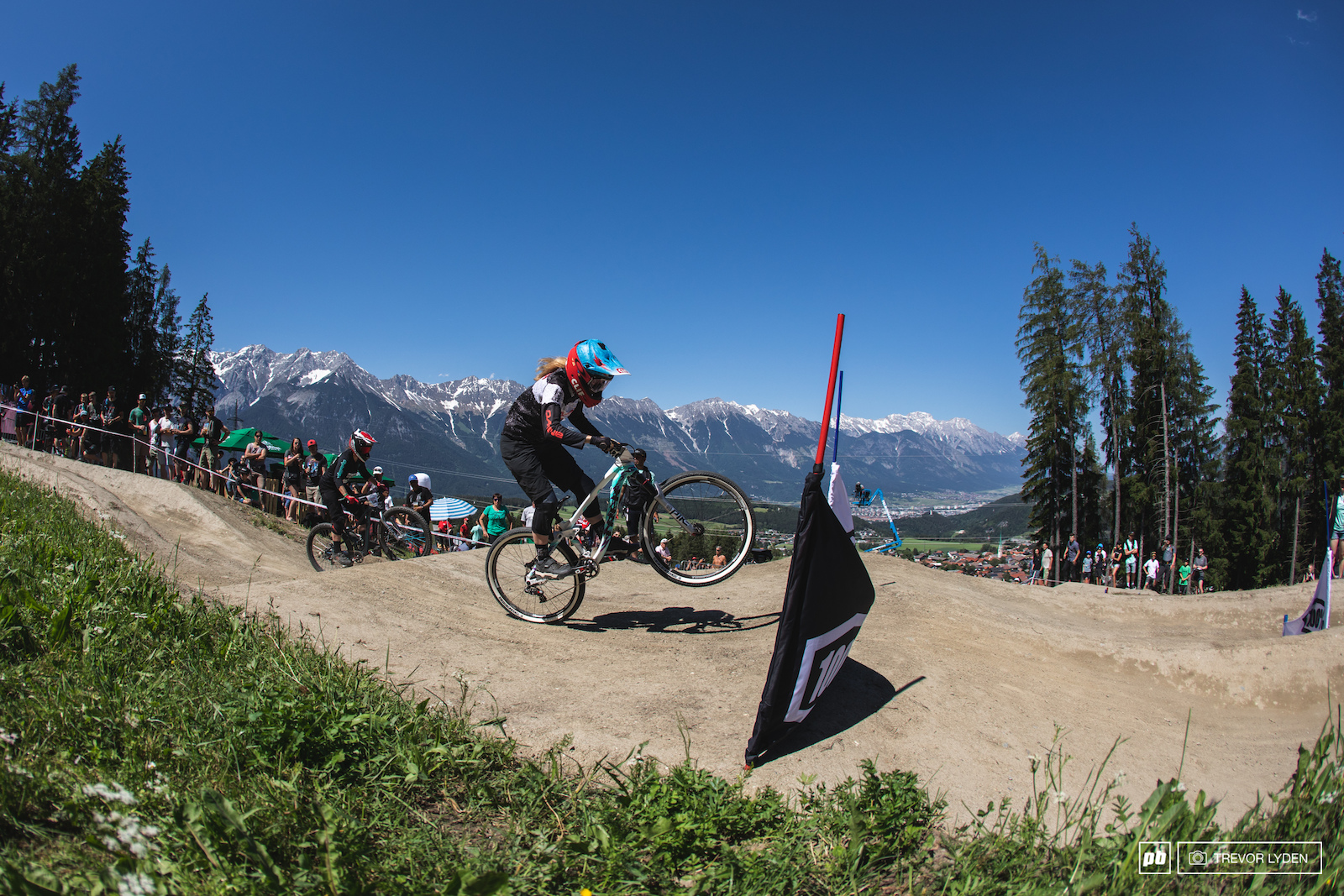 Casey Brown was on fine form but got disqualified when she jumped over a gate. She didn't seem too disappointed though and headed up the lift shortly after to bash out some bike park laps. 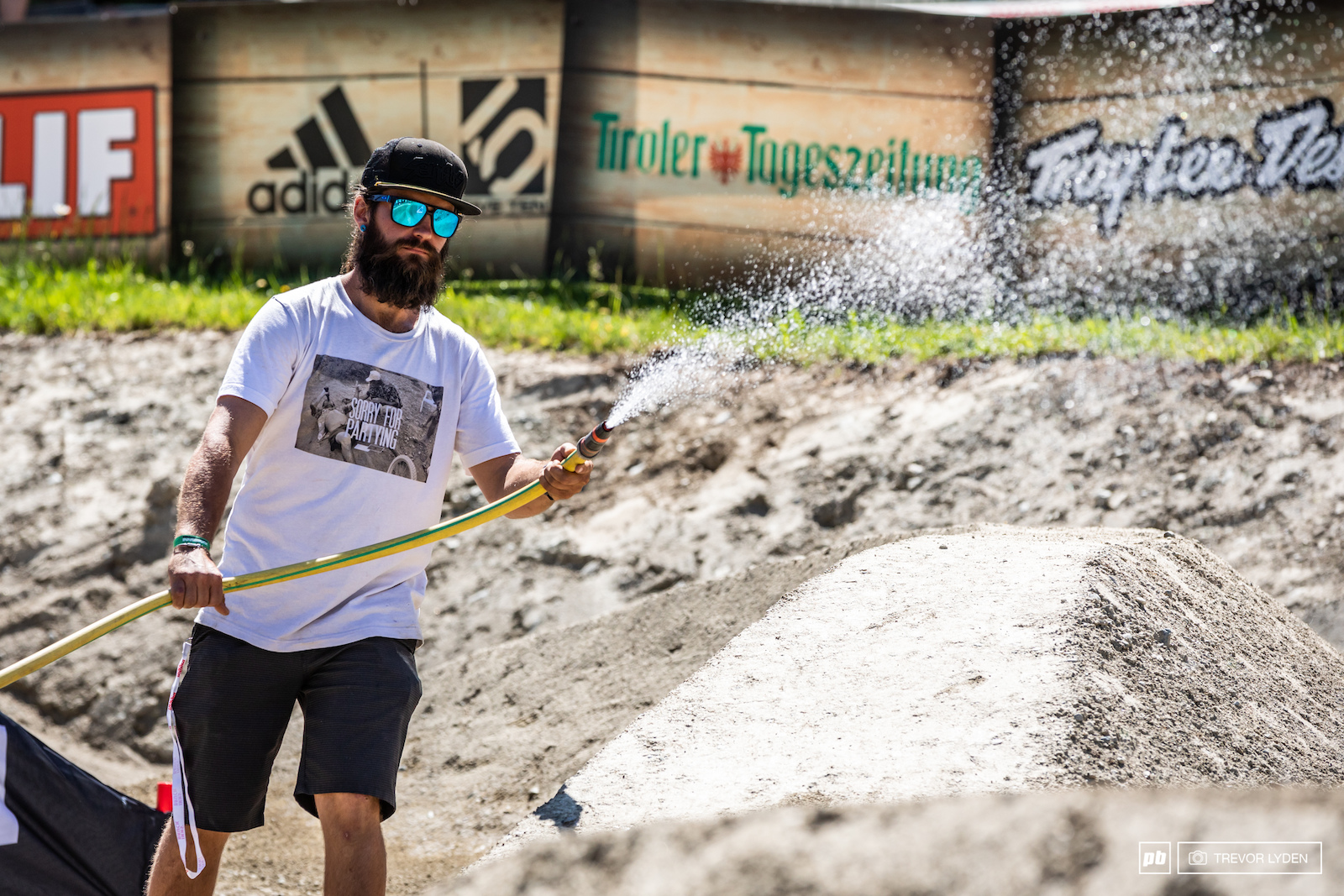 The beating sun meant the track had to be re-watered between brackets. 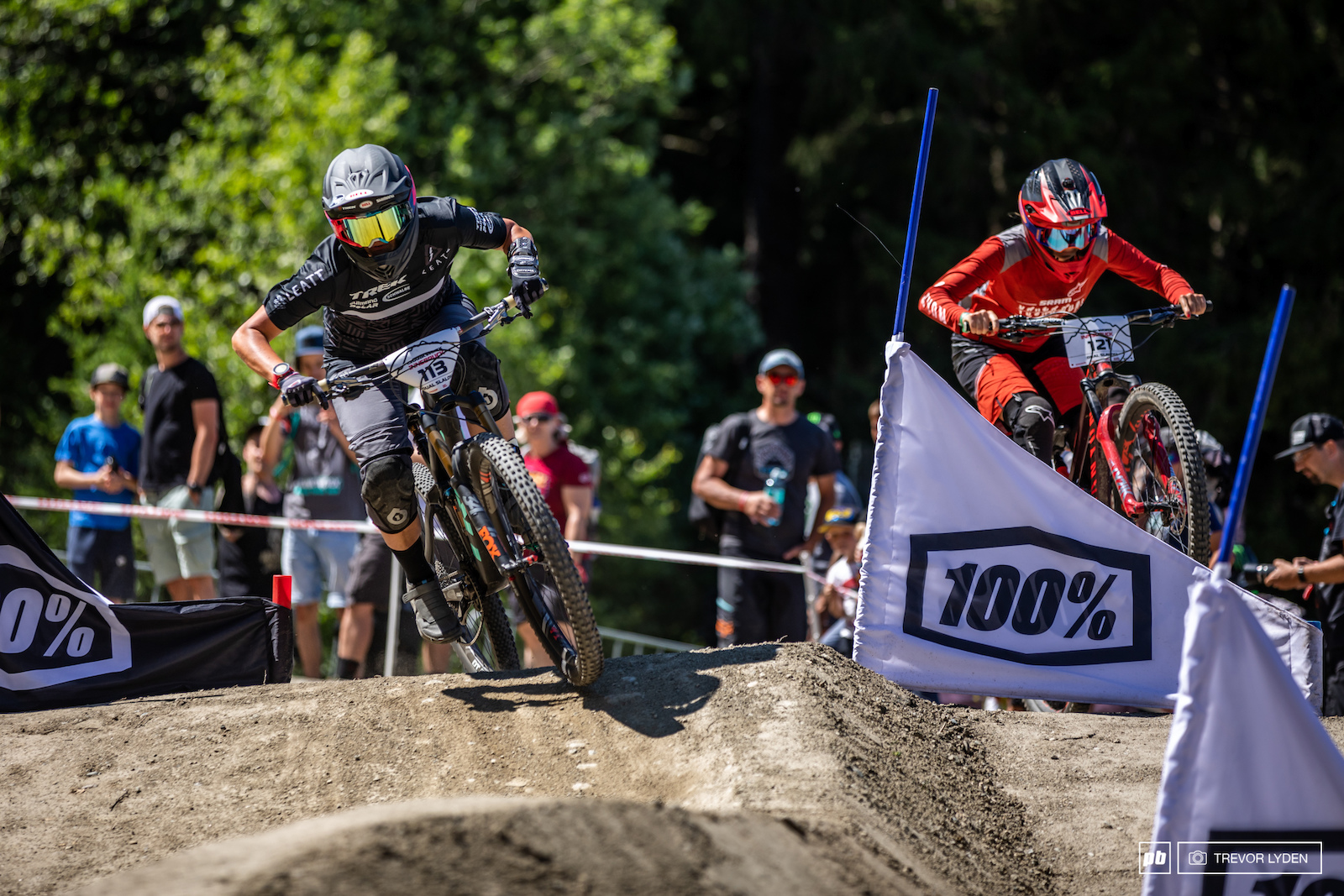 Steffi Marth and Paula Zibasa locked in a tight battle. 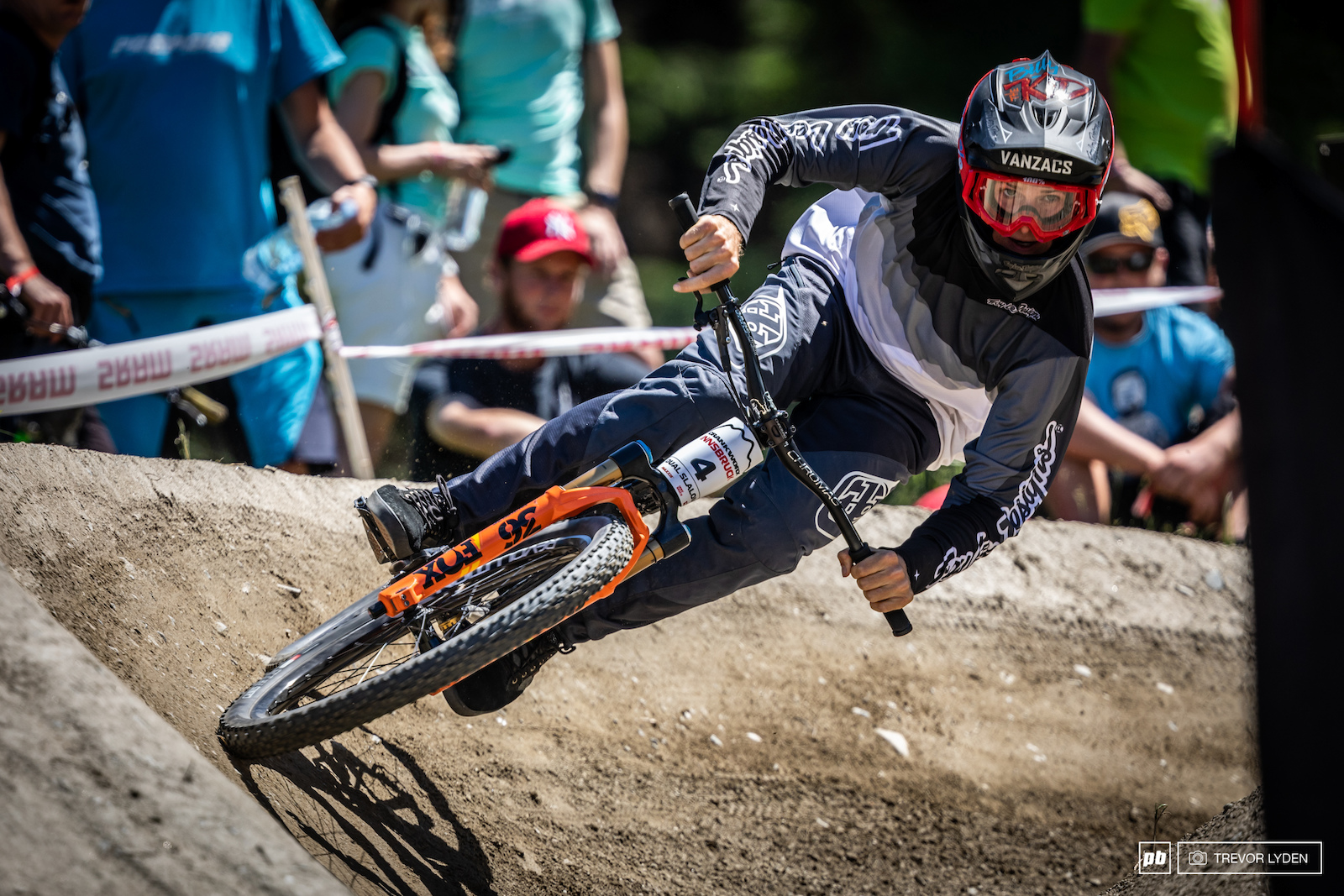 Billy Meachem couldn't replicate his heroics of Rotorua but a seventh-place away from home is not a bad consolation and Speed and Style, his best event, comes tomorrow. 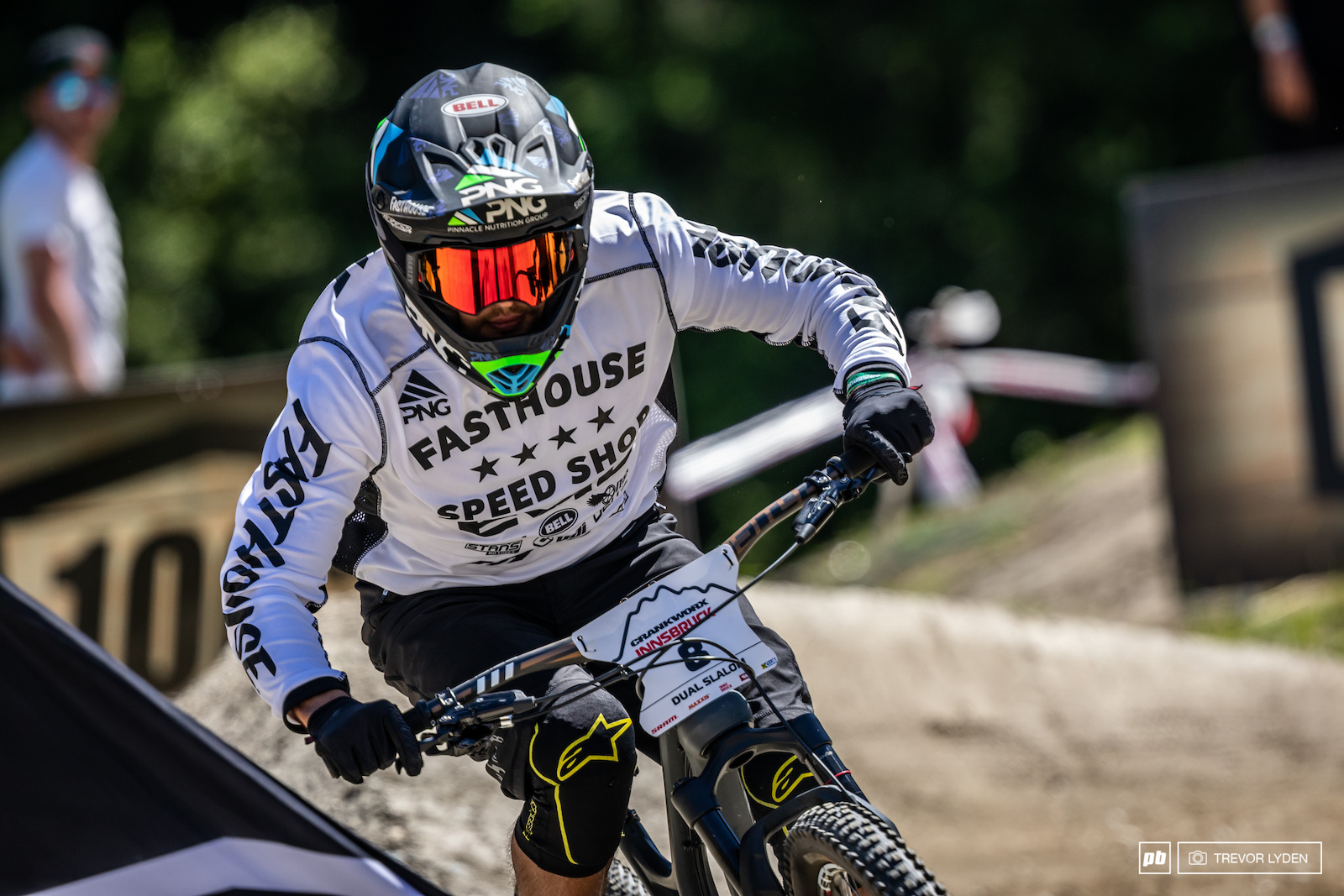 Austin Warren's third-place qualifier didn't quite translate into race pace and he slipped back to fifth in racing. 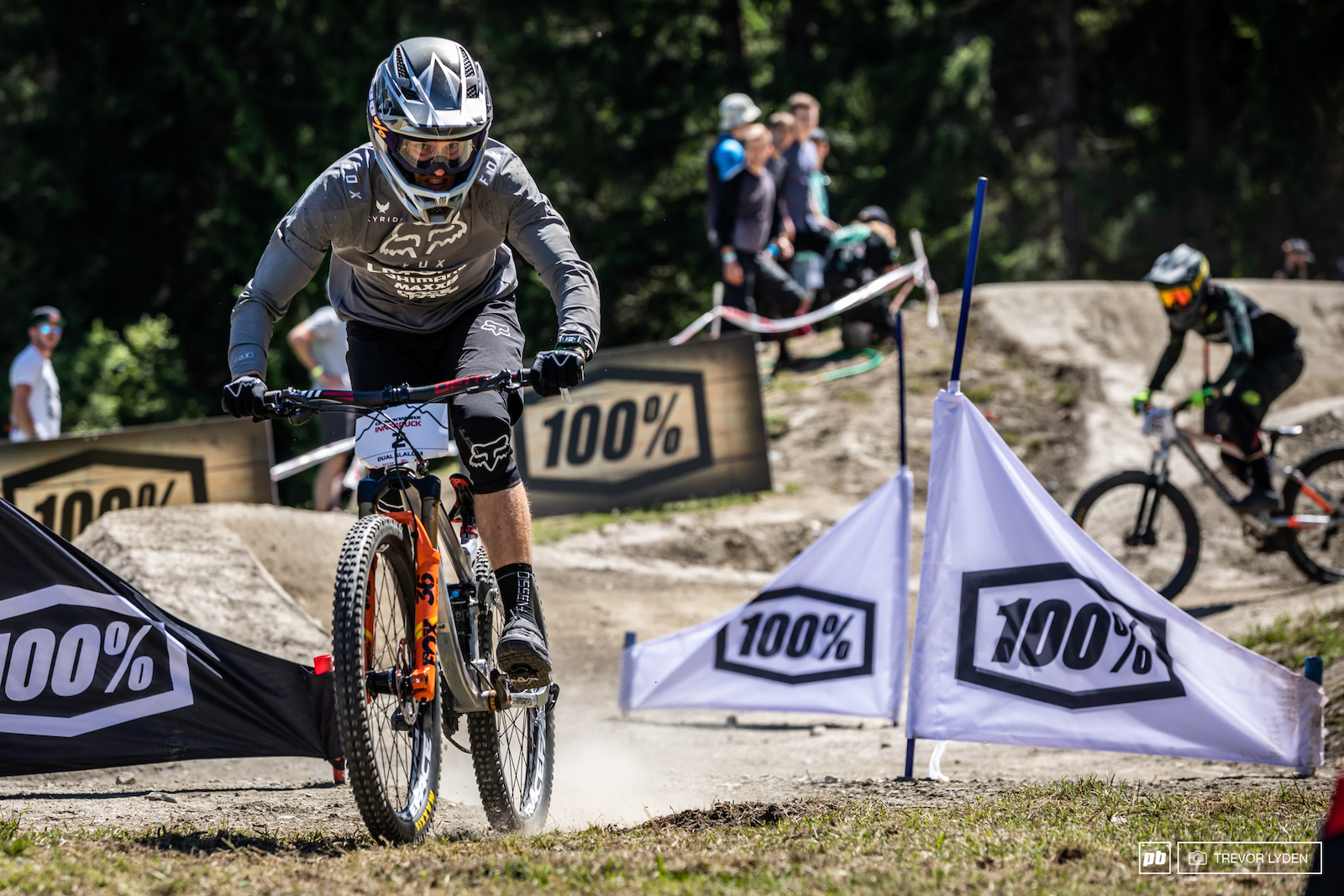 Gritted teeth and full commitment from Bas Van Steenbergen, even long after the heat is won. 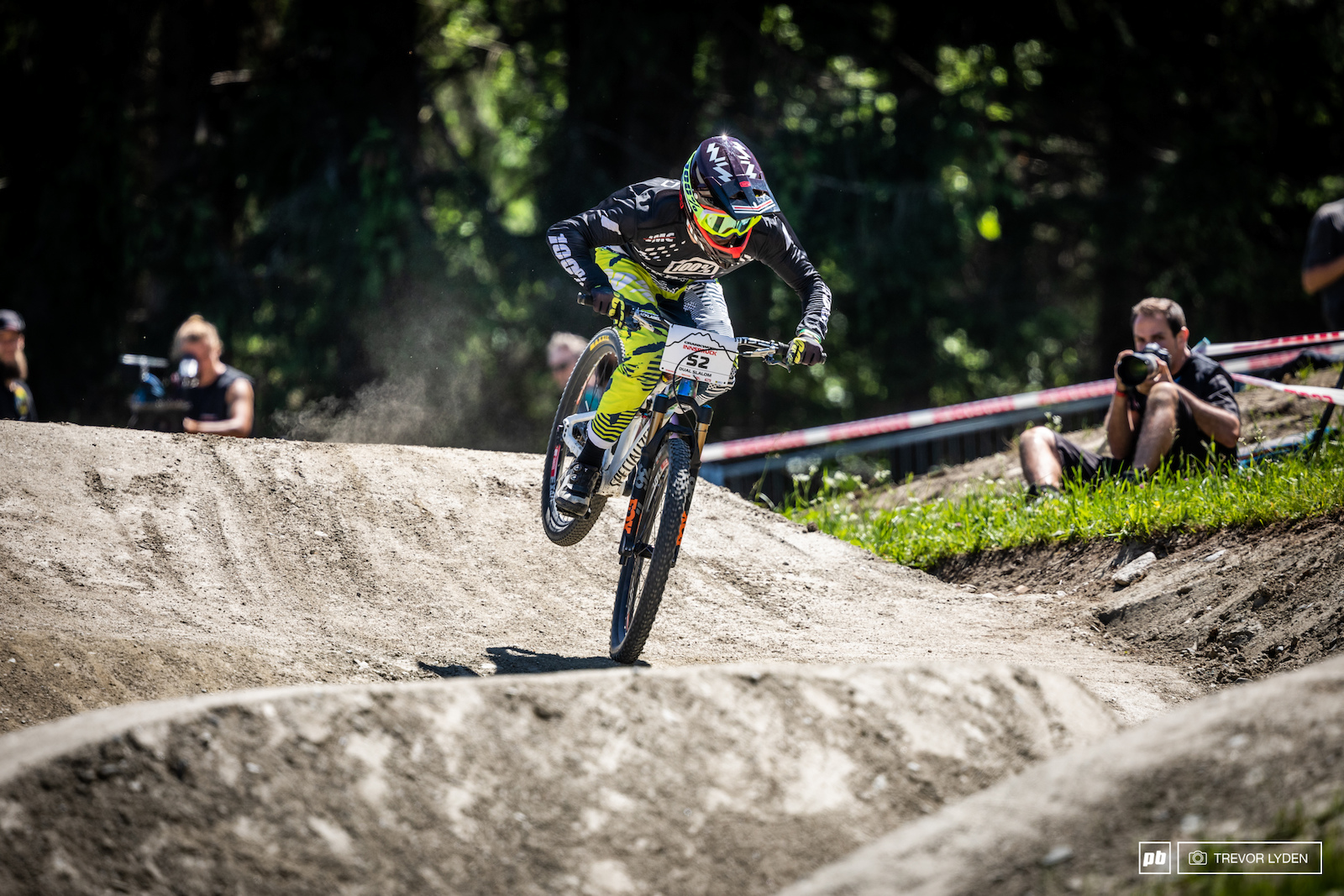 Garret Mechem noses it in on the rollers. 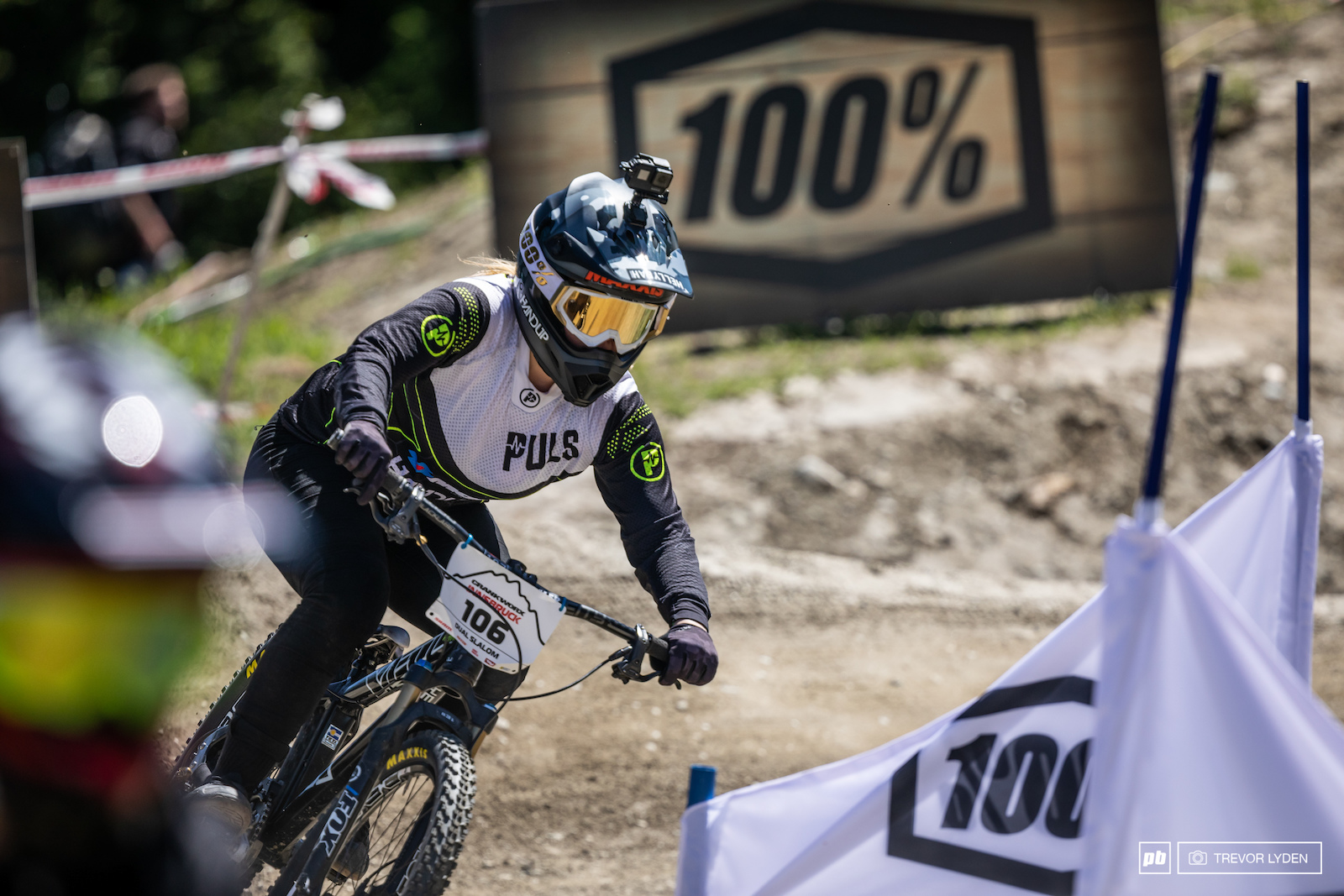 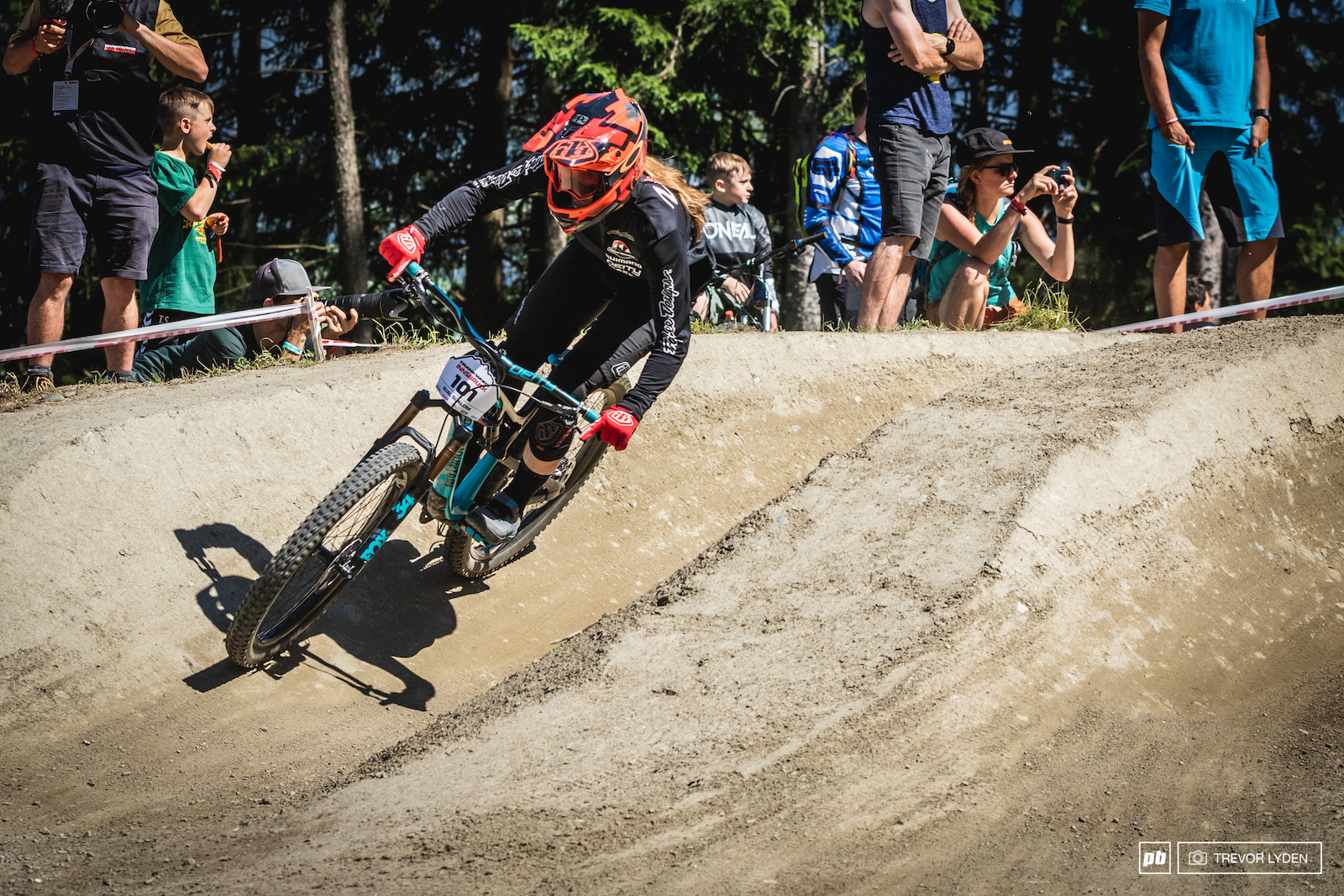 Vaea Verbeeck powering through another bracket. 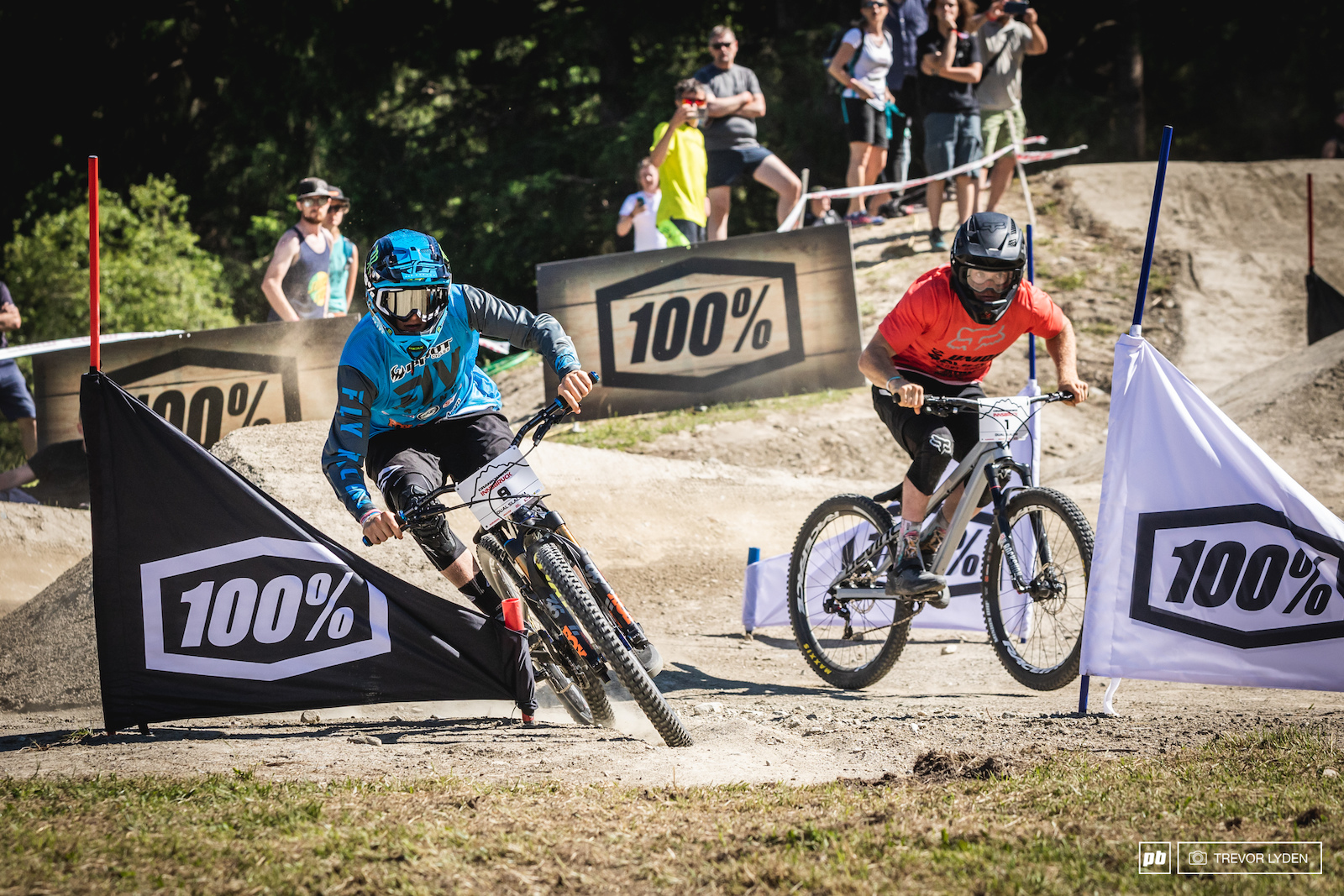 Wright and Sterling battle it out on the grass corners. Sterling was ahead despite being on the slower black course. 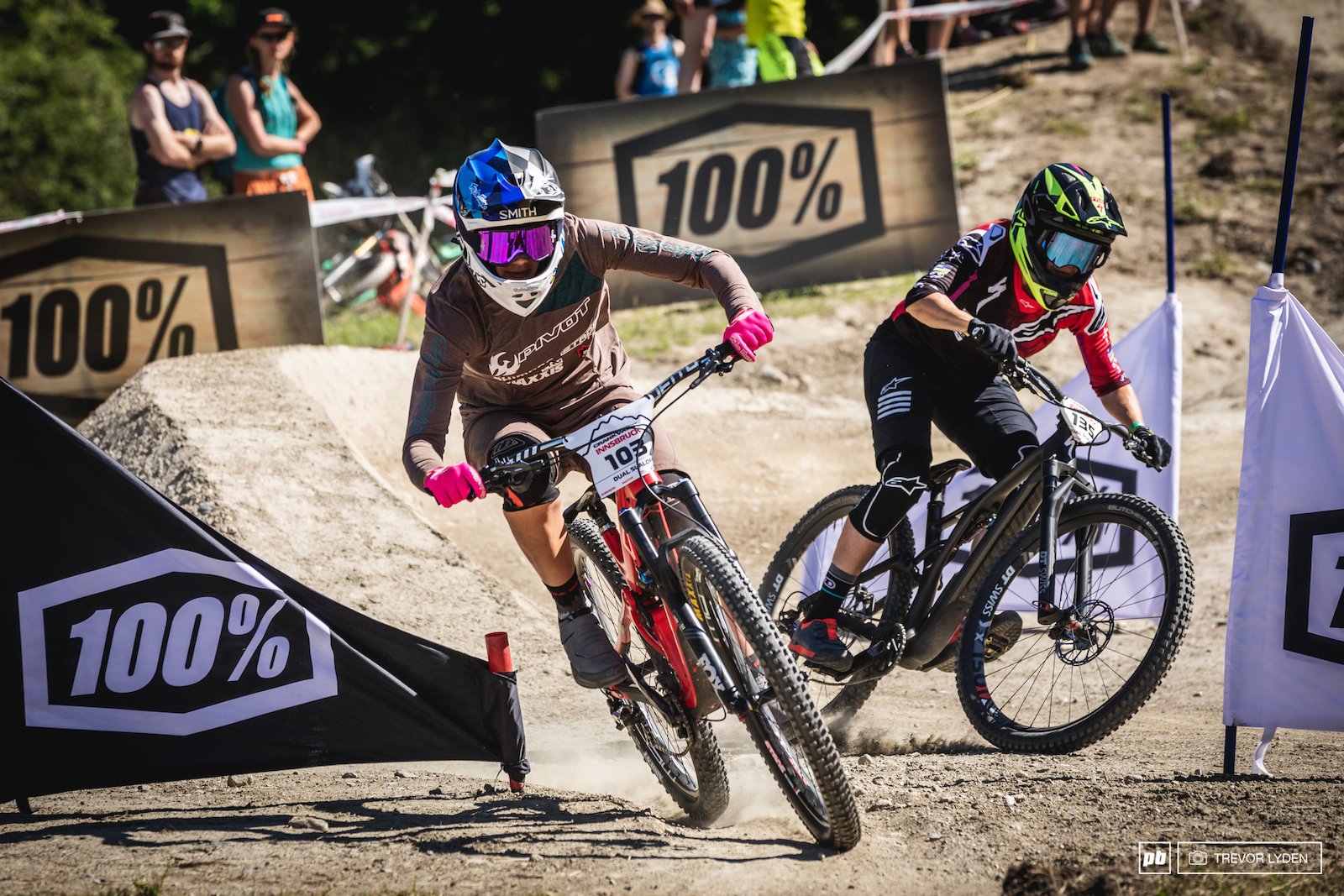 Kialani Hines saw off some stiff competition on the way to the final including an on-form Anneke Beerten. 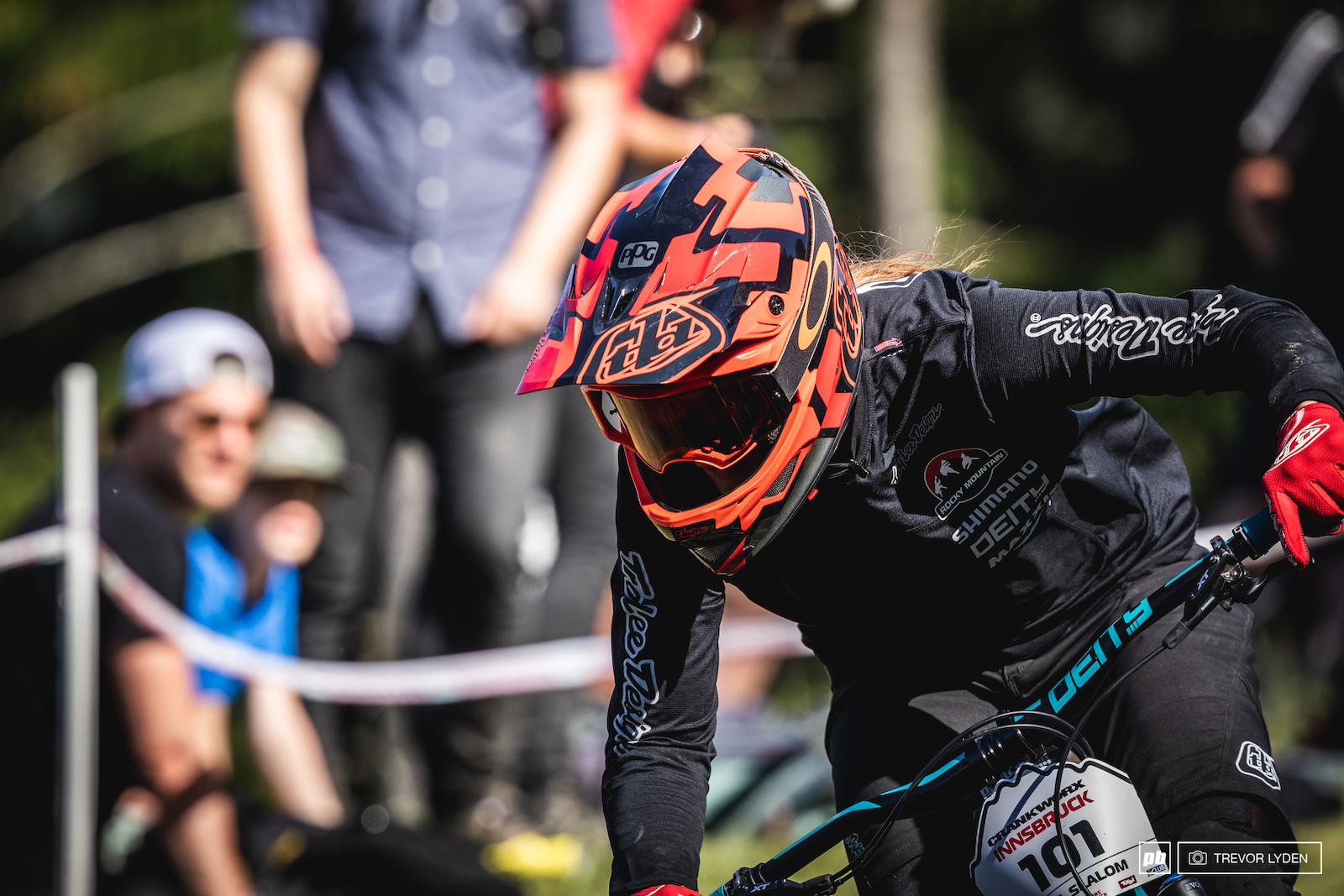 Head down, charging. Vaea Verbeeck just a few corners away from victory. 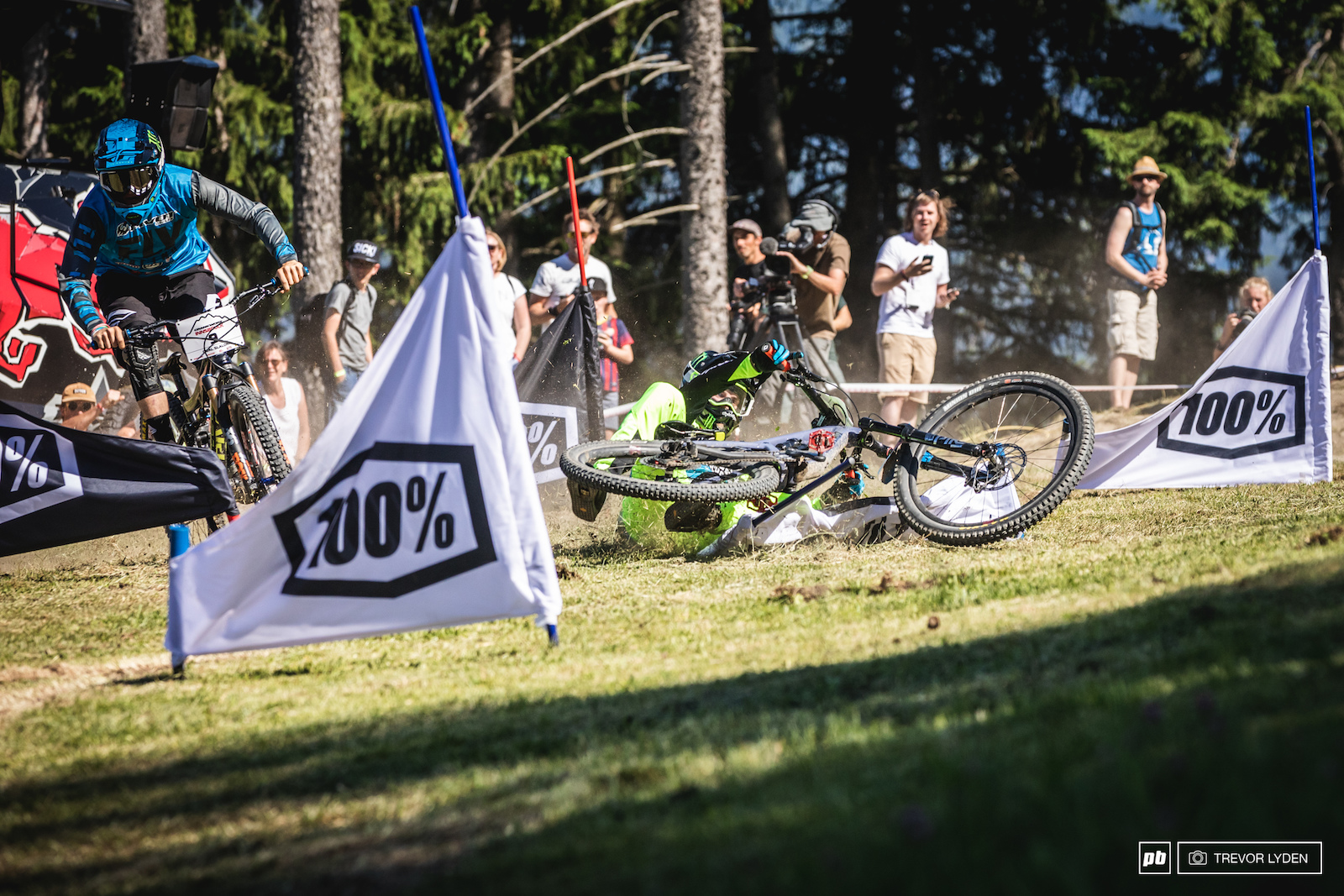 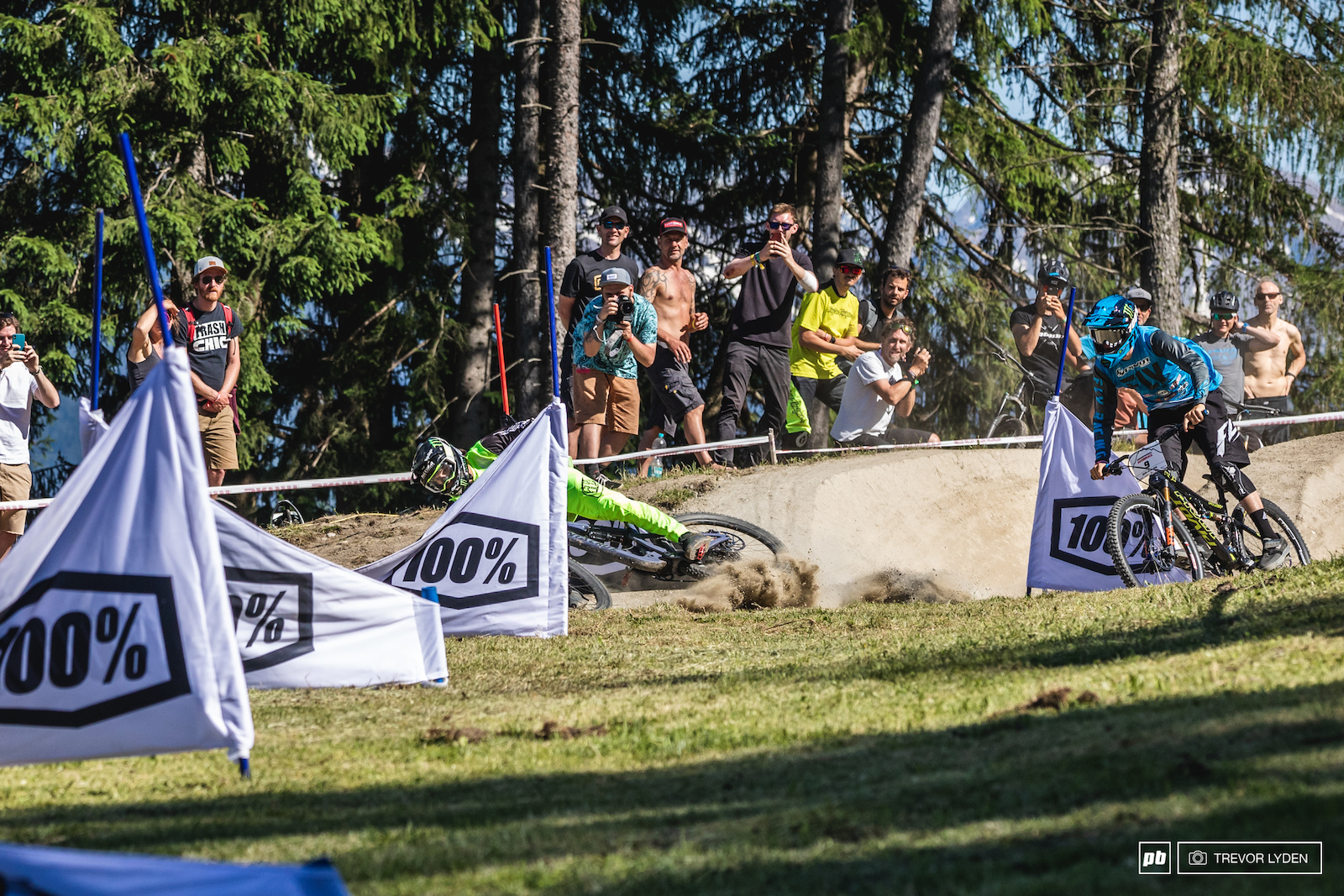 Two runs, two slide outs, it was a bracket to forget for Mitch. 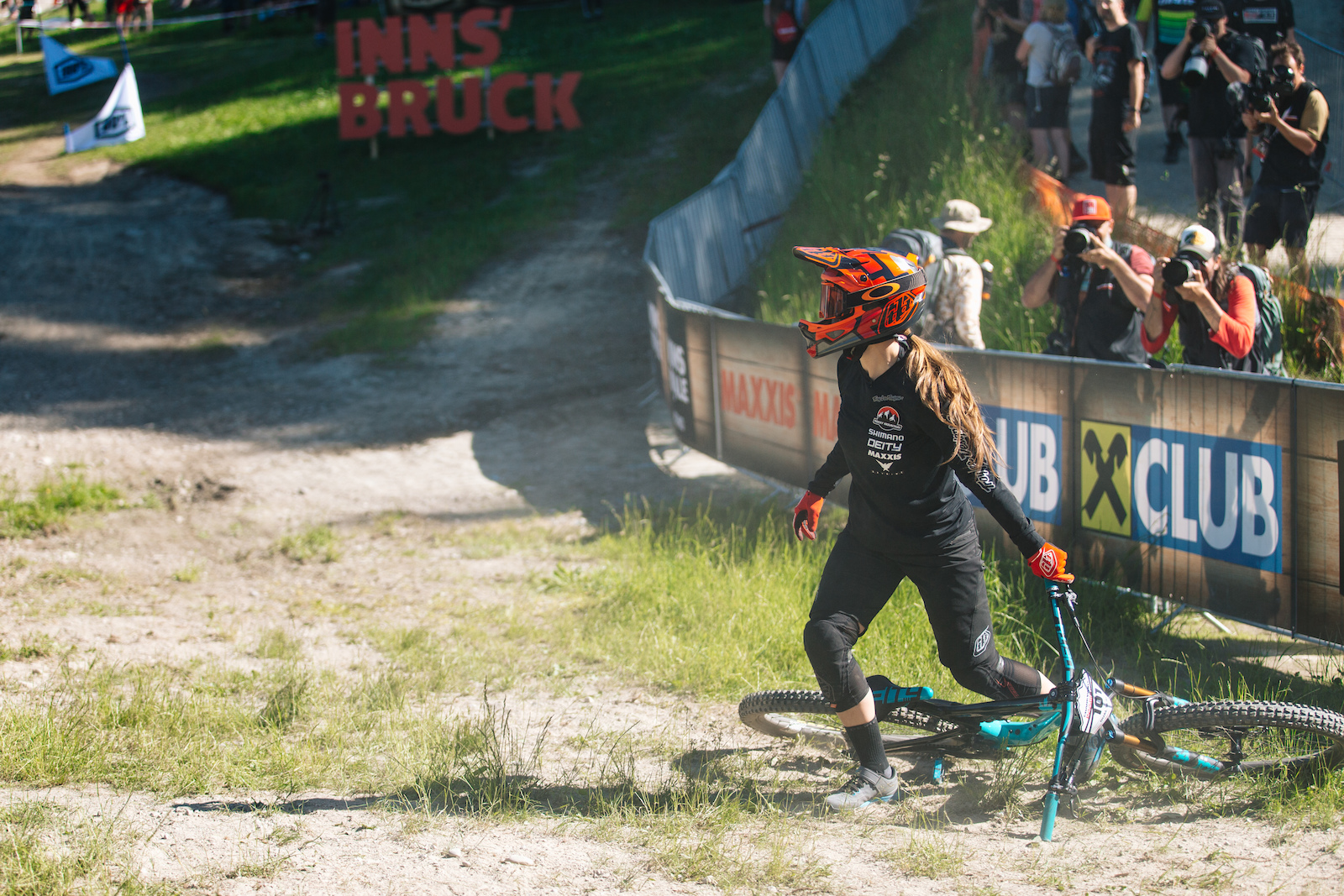 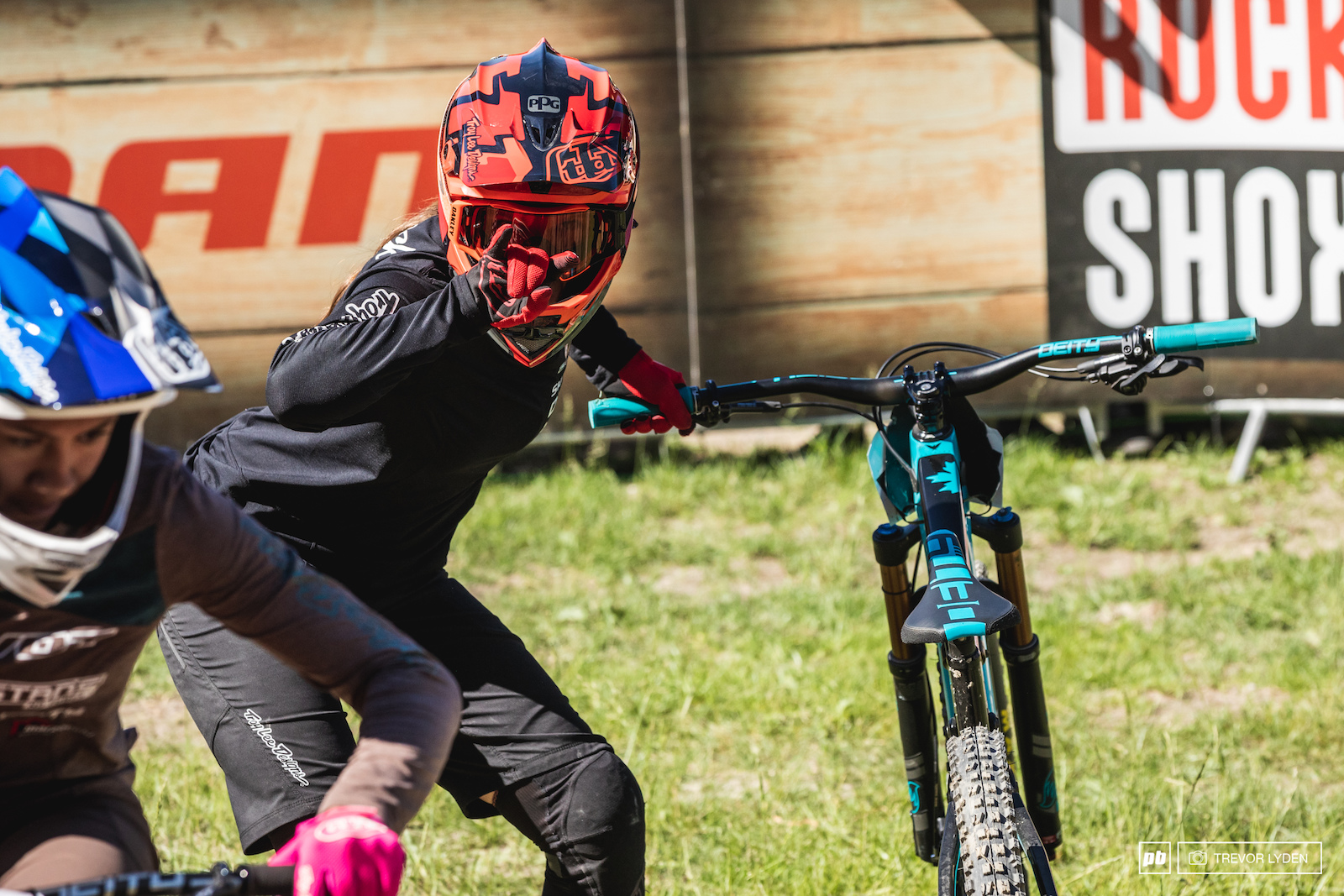 "I won? Shit yeah!" Vaea herself even seemed surprised to pull back the deficit in run 2. 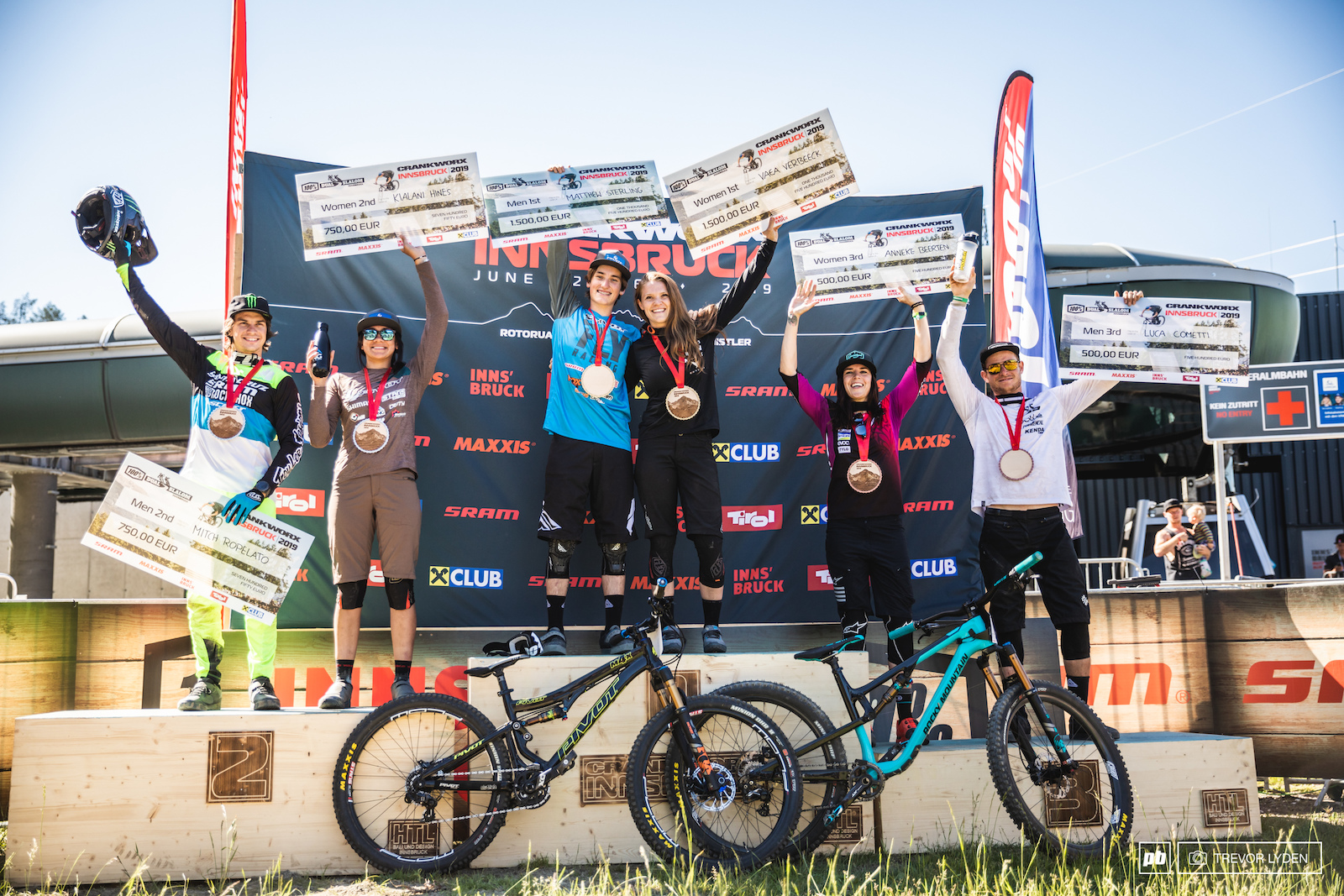 shedsidechuck (Jun 13, 2019 at 19:05)
becoming a fan of dual slalom again...raced it a century ago...nice to see the competition stiff. that kid out of california, Sterling? yo! and Vaea riding with fire too!

vinay (Jun 13, 2019 at 15:42)
Is Harriet Burbage Smith a privateer? If so, cool to see that this Puls kit is indeed being used by top racers to make their own kit for competition.

landscapeben (Jun 14, 2019 at 2:22)
I saw the title and thought for sure that @sterlinglorence would be responsible for the photography...