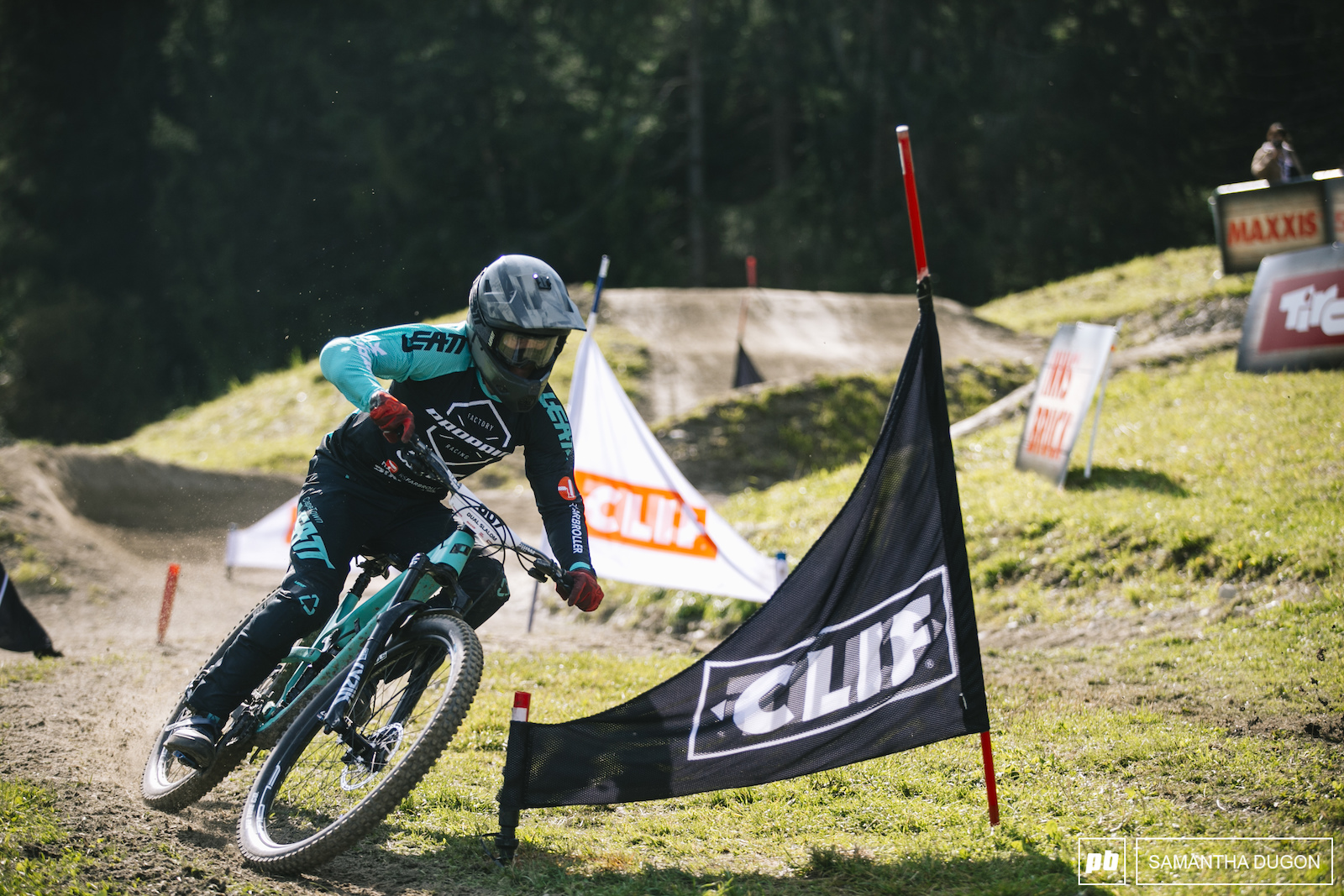 Crankworx Innsbruck
Dual Slalom
photography & words: // Samantha Saskia Dugon // Matt Delorme
Luke Meier-Smith on his way to taking 2nd at his first ever Crankworx
Dual slalom practice kicked off bright and early this morning. As the clouds were still low in the valley, casting all shades of grey over the city below, the sun was beaming down just up the mountain at Innsbruck Bikepark, and thankfully so, as what began as a damp and slick course from all the grass dew, soon turned into grippy dirt by the time the finals rolled around.

So what went down in this spectator-less version of Crankworx? 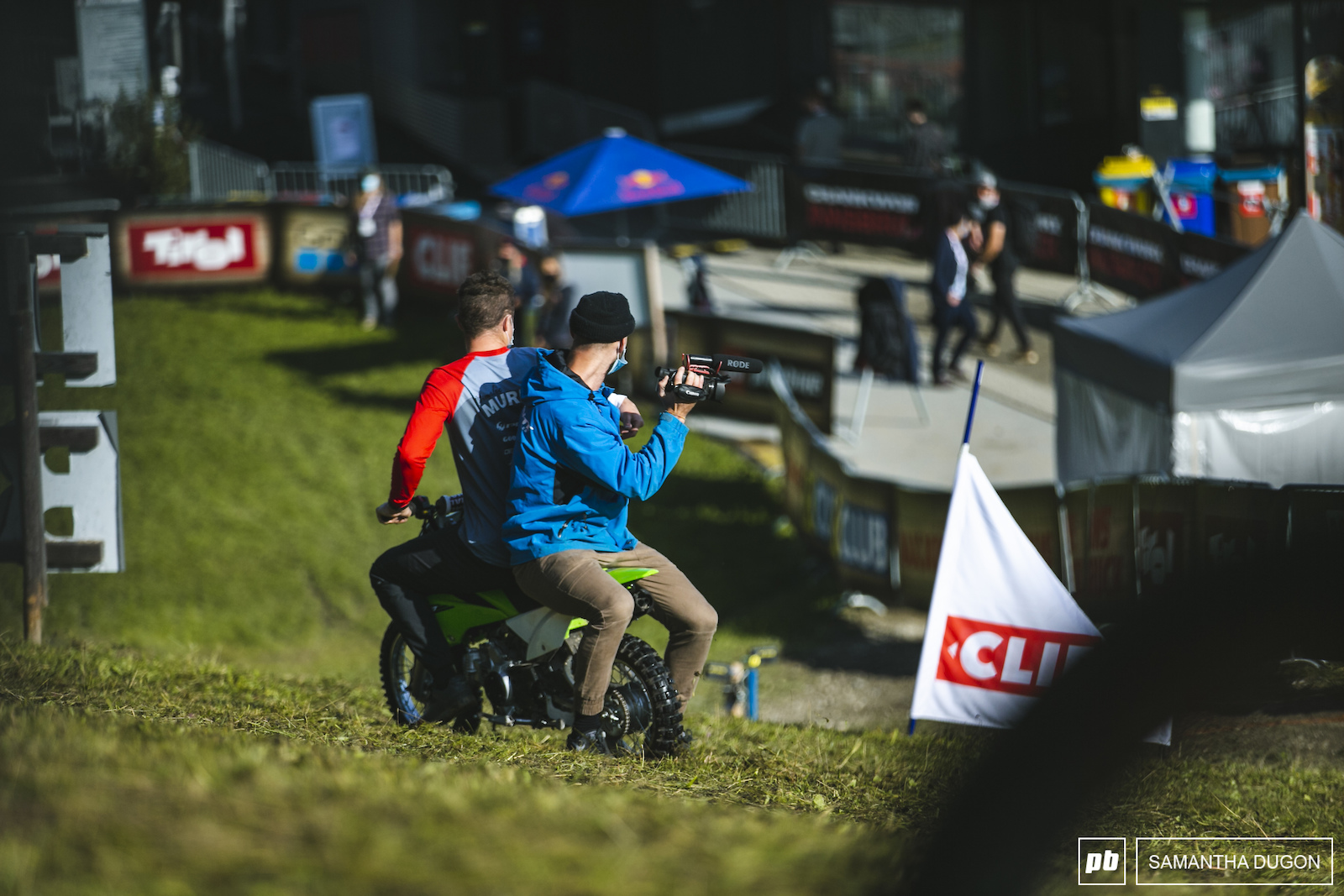 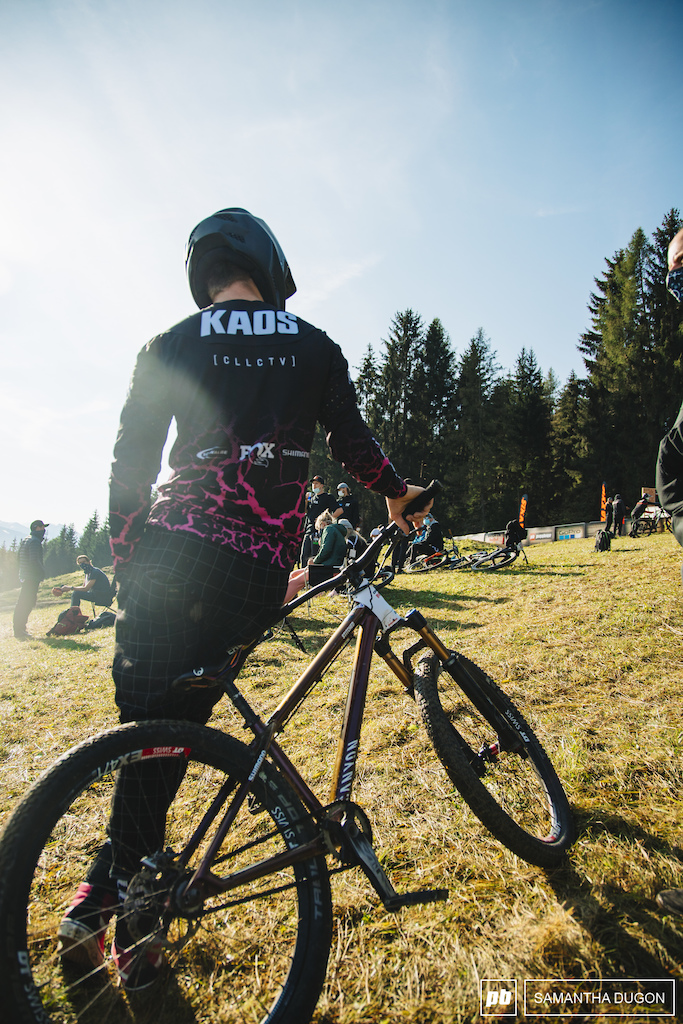 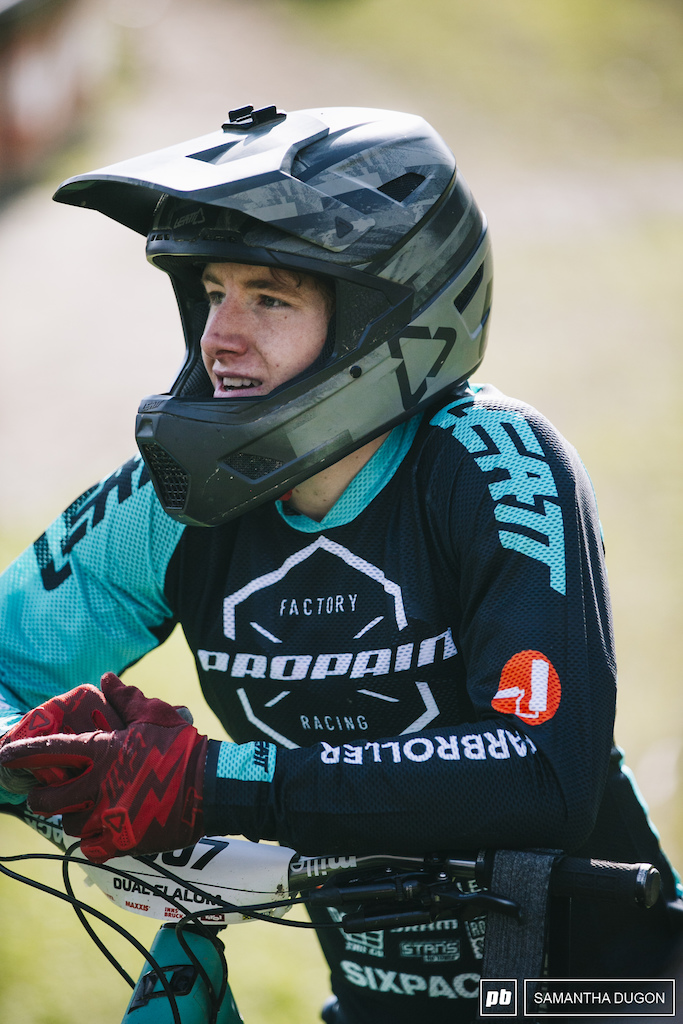 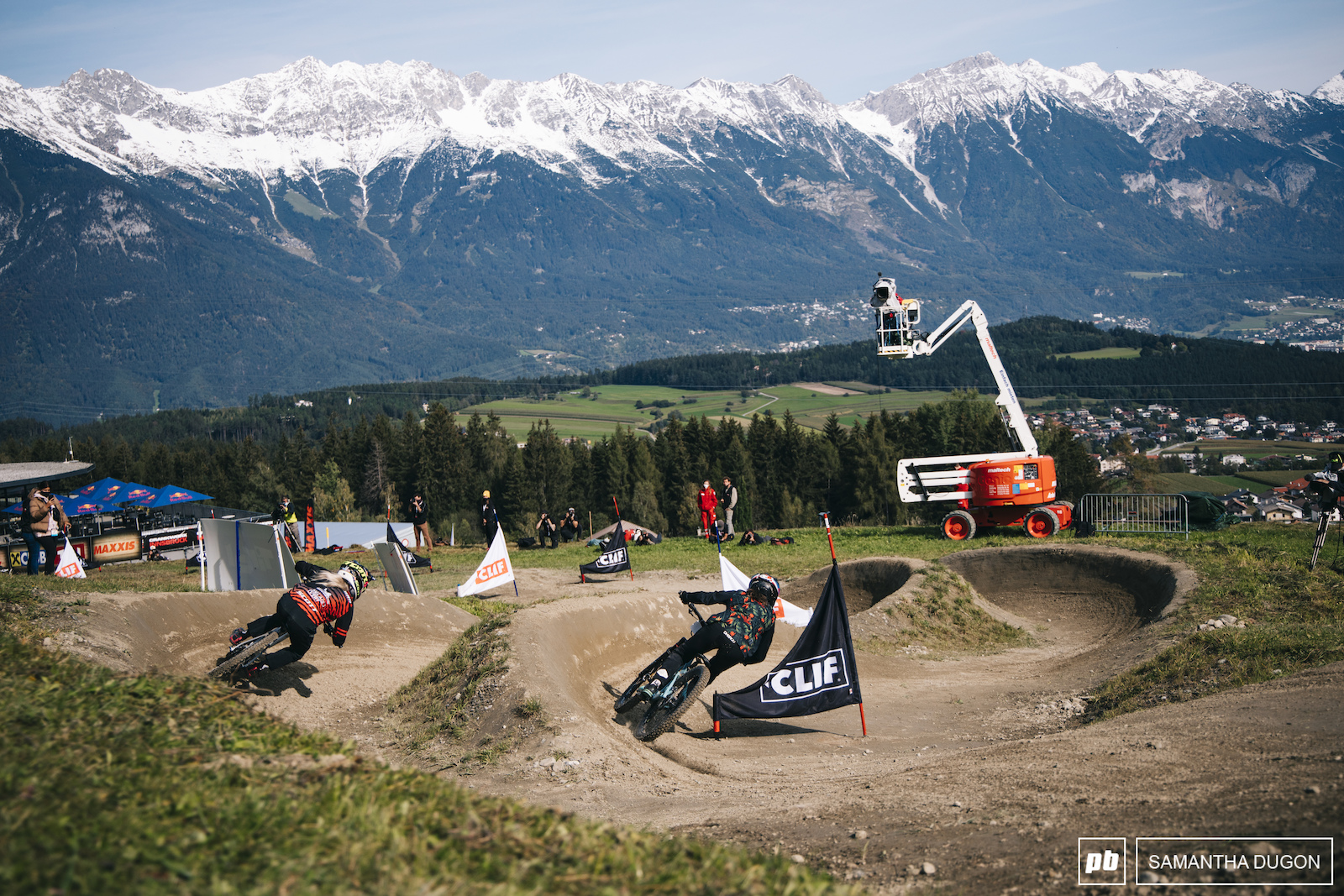 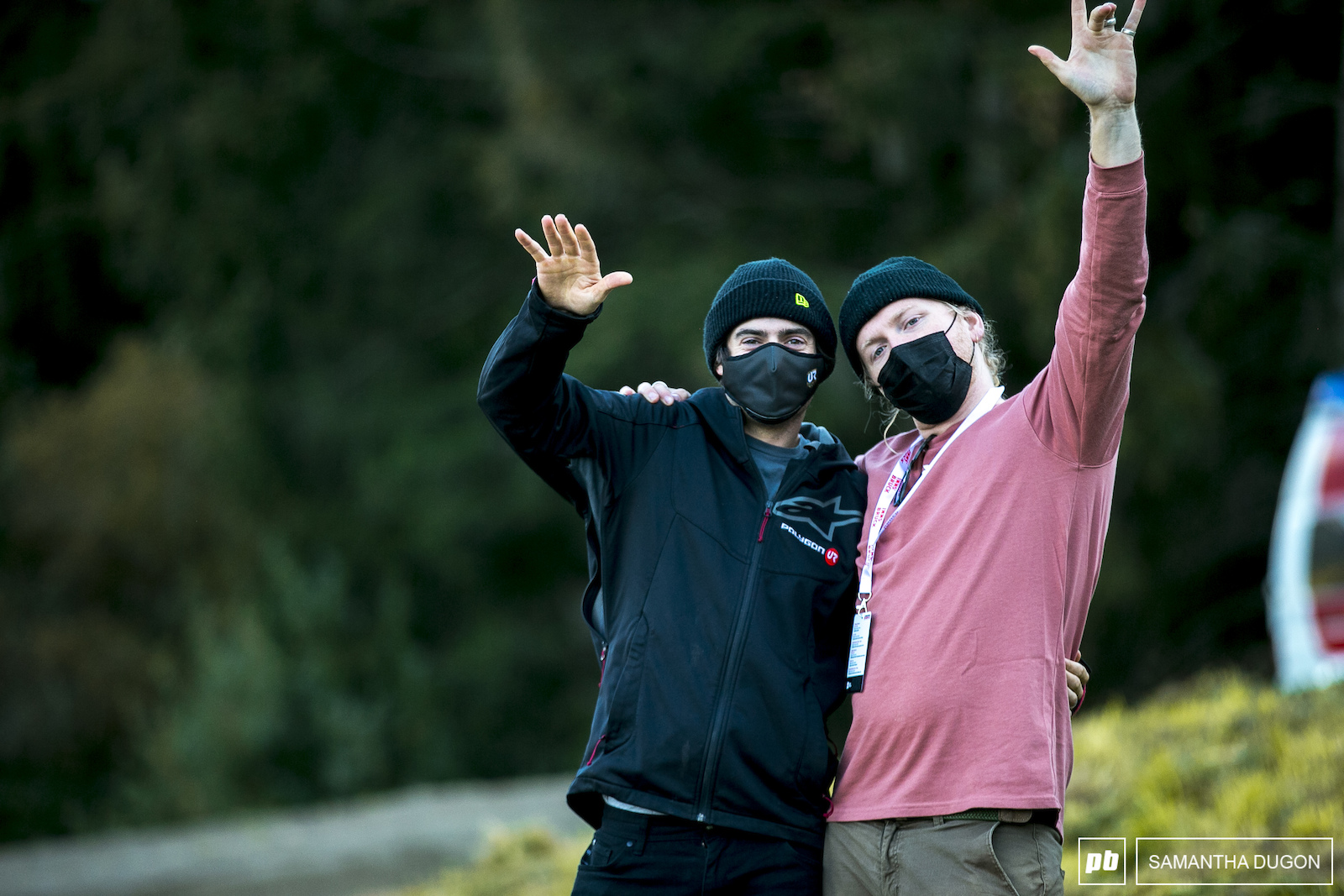 "Yo! Pinkbike, take a photo of us!" Fresh off the back of Audi Nines, Sam Reynolds and GoPro legend/rockstar Elliot Harper in their own 'rona bubble 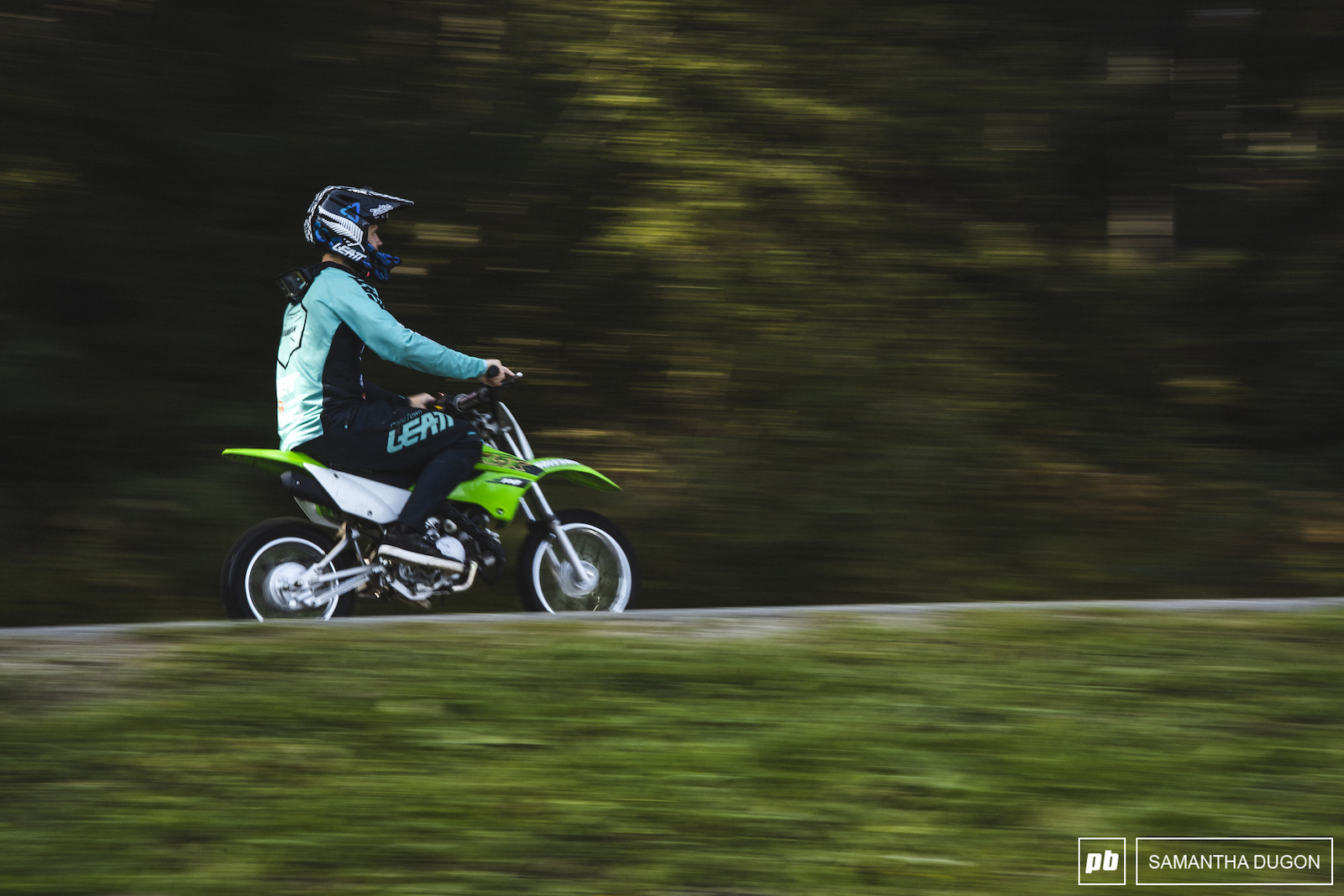 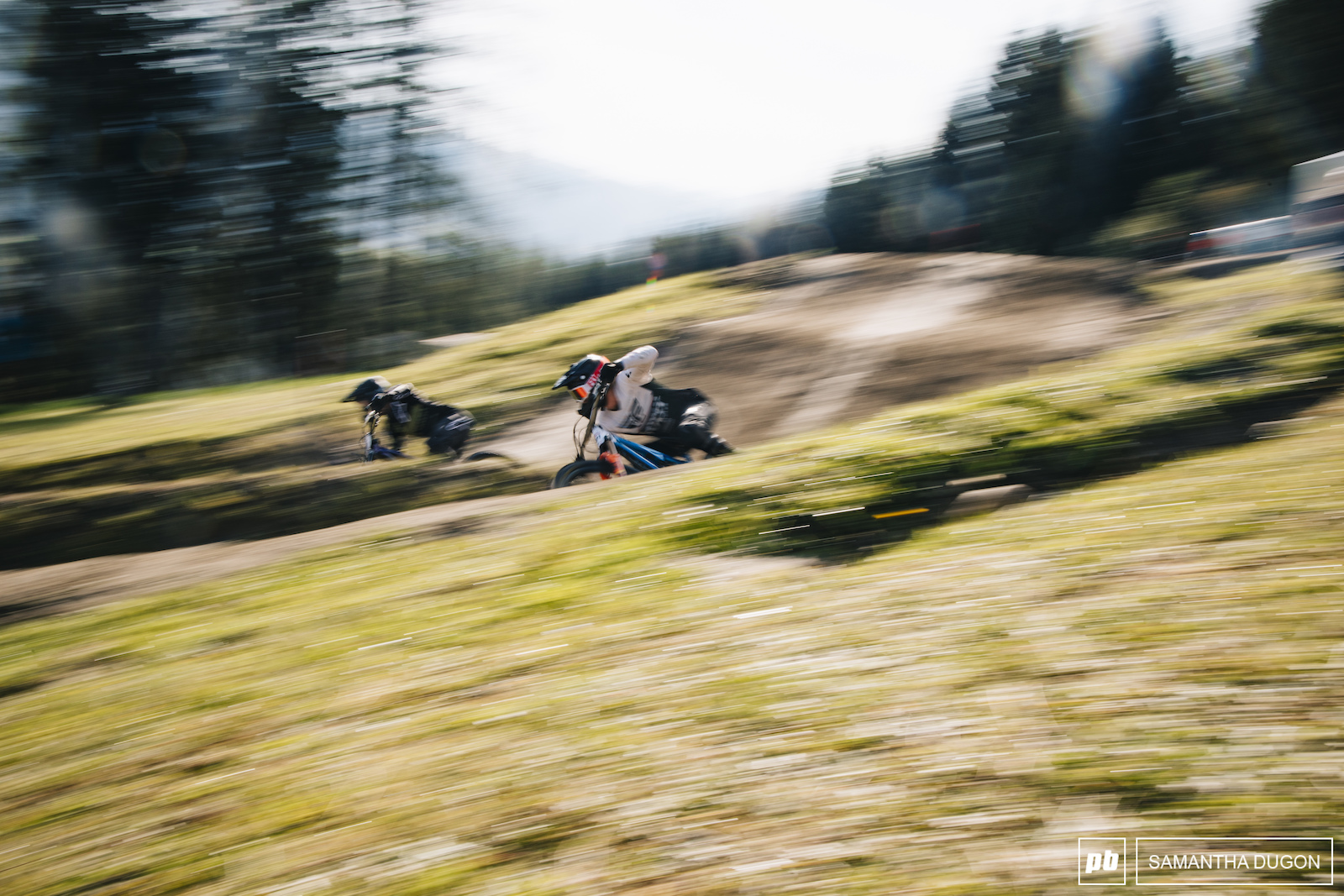 There wasn't much out there that could stop Bernard Kerr from smashing the corners on track today.
In the women’a field local favourite Angie Hohenwater was on fire, speeding her way through all the corners looking confident in her setup, but after sliding over one of the last berms on track she found herself in 4th, with up-and-comer Luana Chereches taking 3rd. This left Morgane Charre and Mathilde Bernard alone to battle it out for 1st place, and for a while, it wasn’t too clear who had won what. With a technical issue in their finals run, they undertook a rerun where Morgane went down, but competitor Mathilde ran over the gate which left Morgane to take the win. 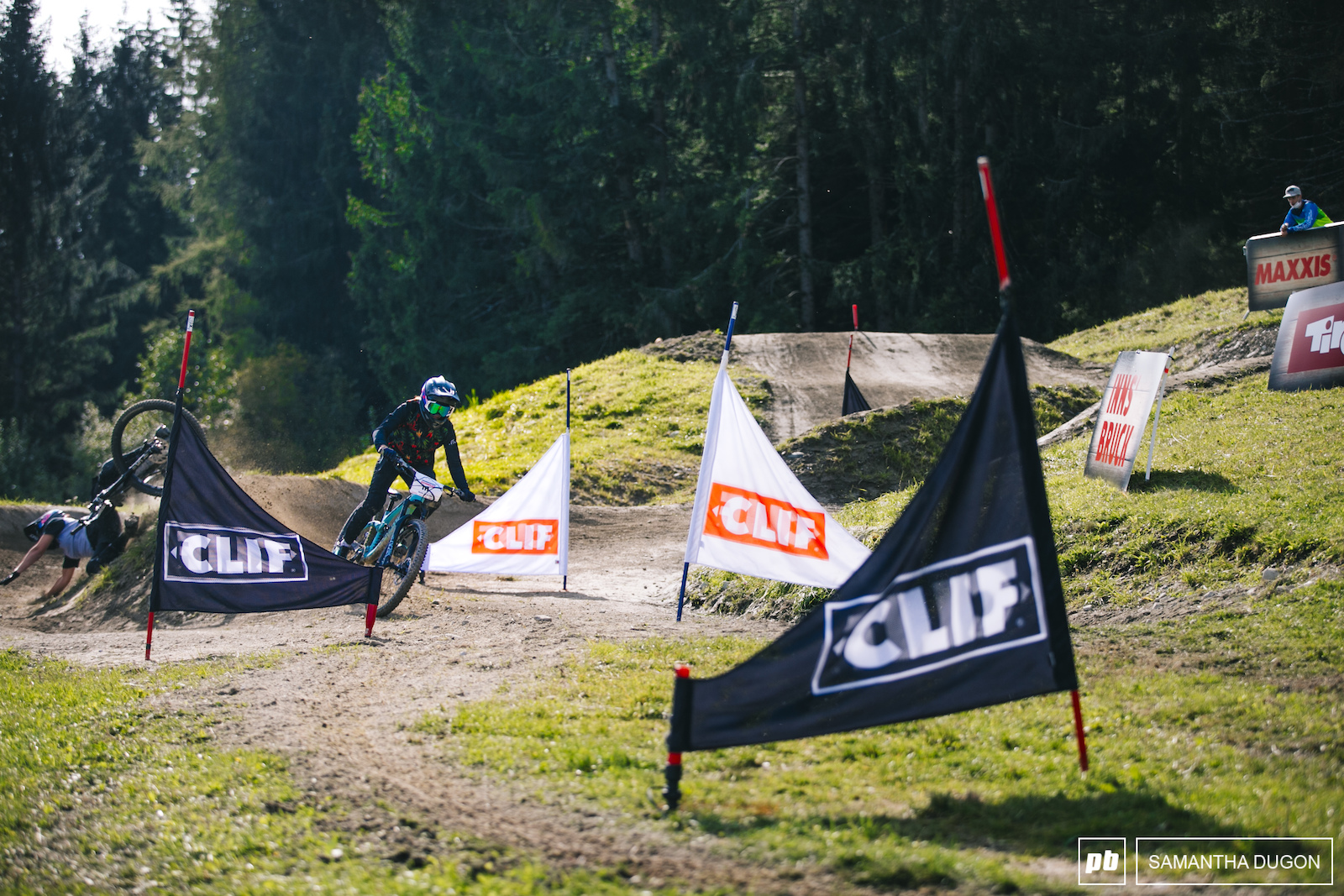 Angie Hohenwater and Luana Chereches in a head to head 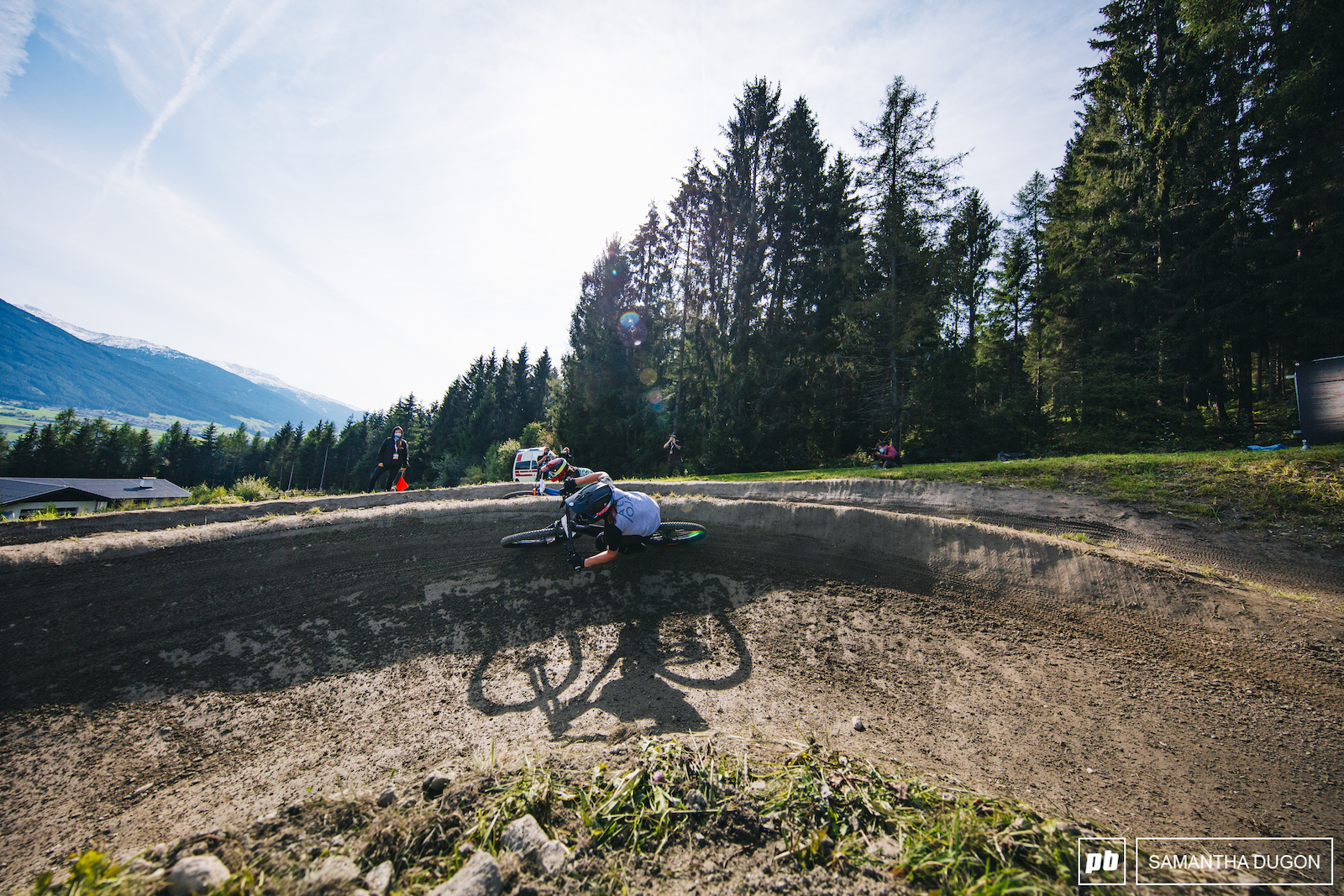 Morgane Charre against Angie Hohenwater. Morgane rose through the rounds to take the top step 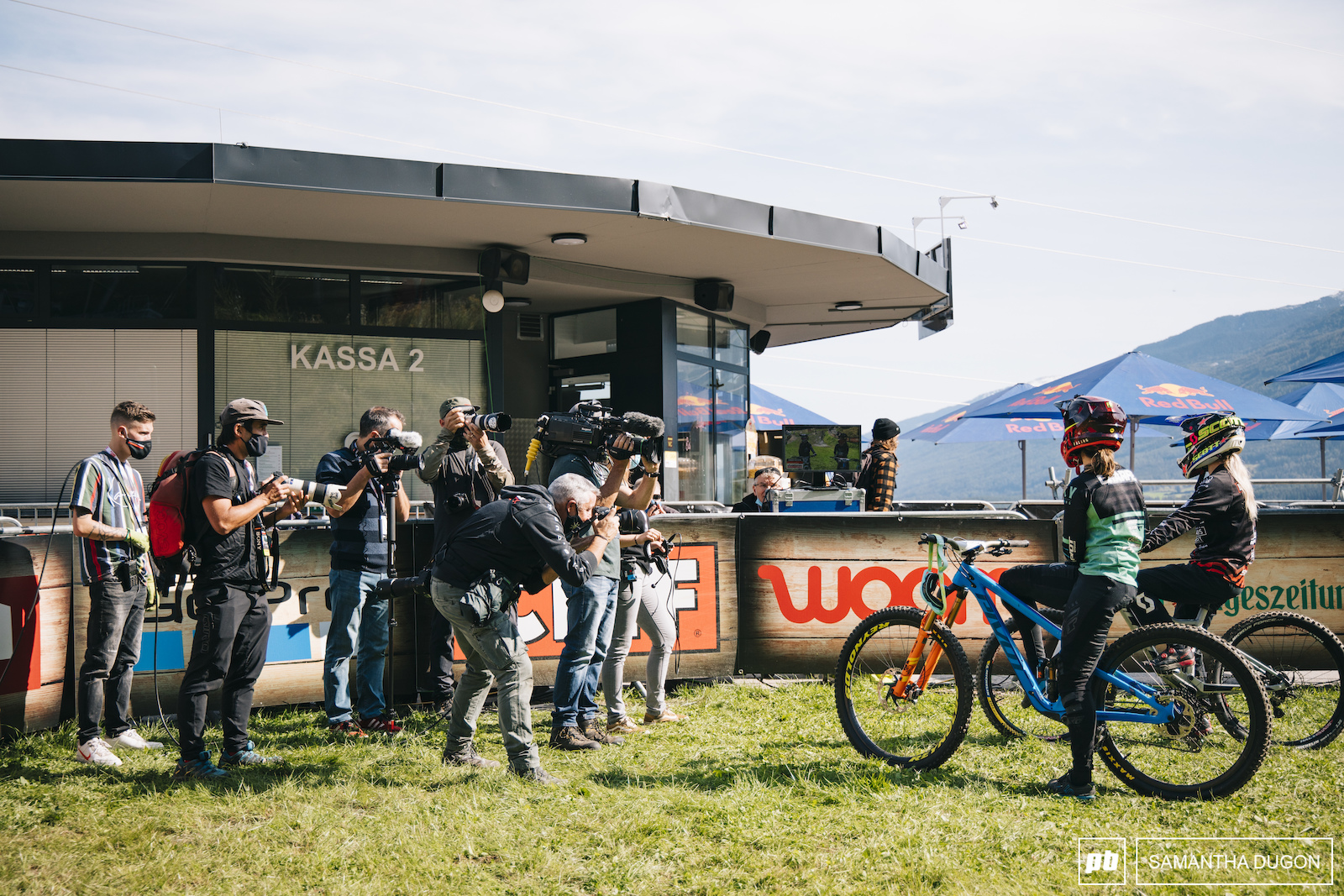 Morgane Charre and Mathilde Bernard eagerly awaiting the final, final result.
In the men’s race things were heating up as the pace got faster and faster as the rounds advanced towards finals, and the line between speed and wash out on the grass was becoming invisible. Matthew Sterling was giving Pivot rider Bernard Kerr a run for his money, but in the end it would be Bernard that would nab that 3rd podium spot. Young Australian Luke Meier-Smith was on full form at his first ever Crankworx but it would be the 2017 King of Crankworx, Adrien Loron, that would take the win. Is this going to be the start of a winning streak? 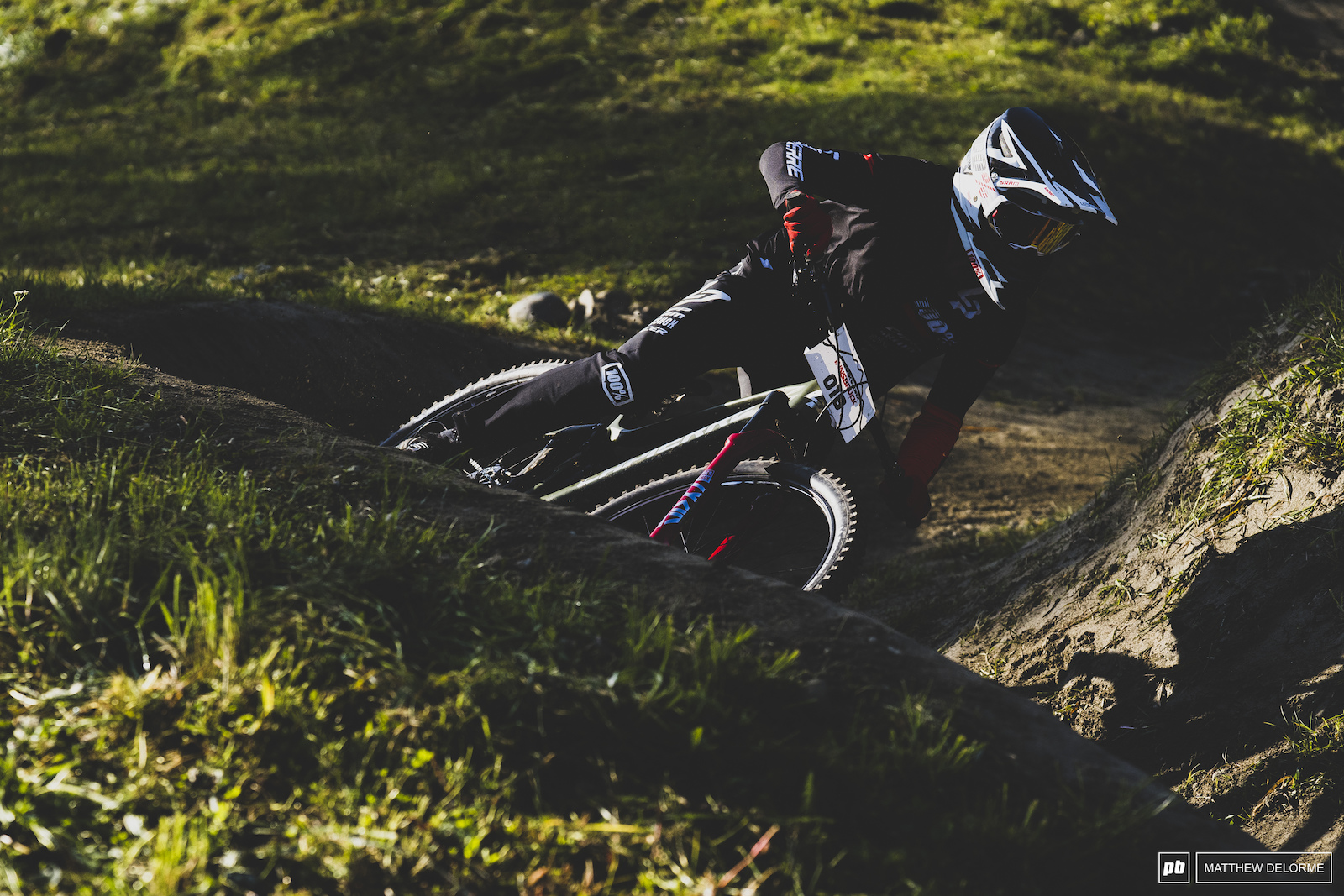 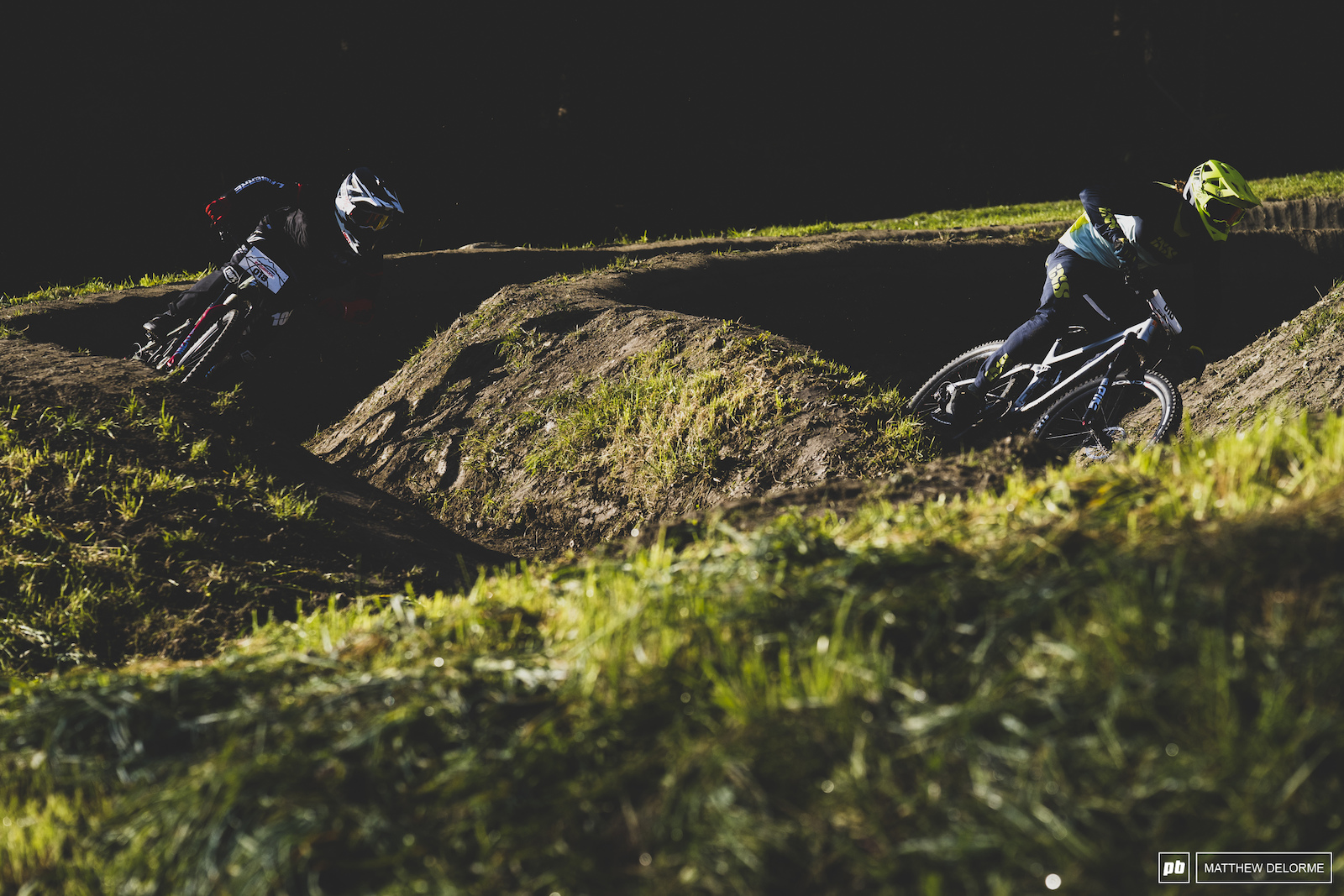 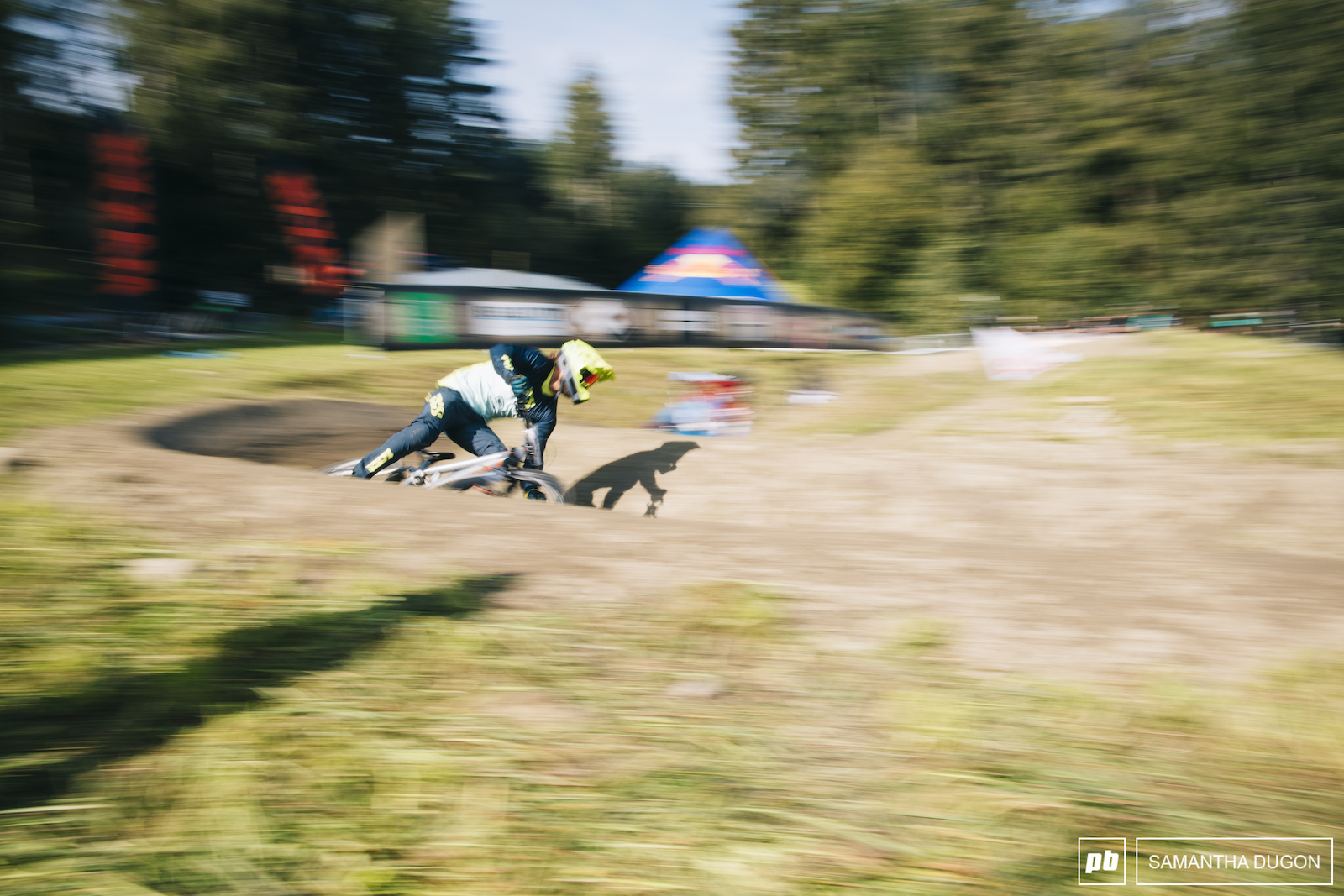 kingsRunEast (Oct 2, 2020 at 7:58)
Thanks to Morgane Charre and Mathilde Bernard for an epic battle and an incredible race. It feels like mtb racing is trying to make up for the lost time!
Post a Comment