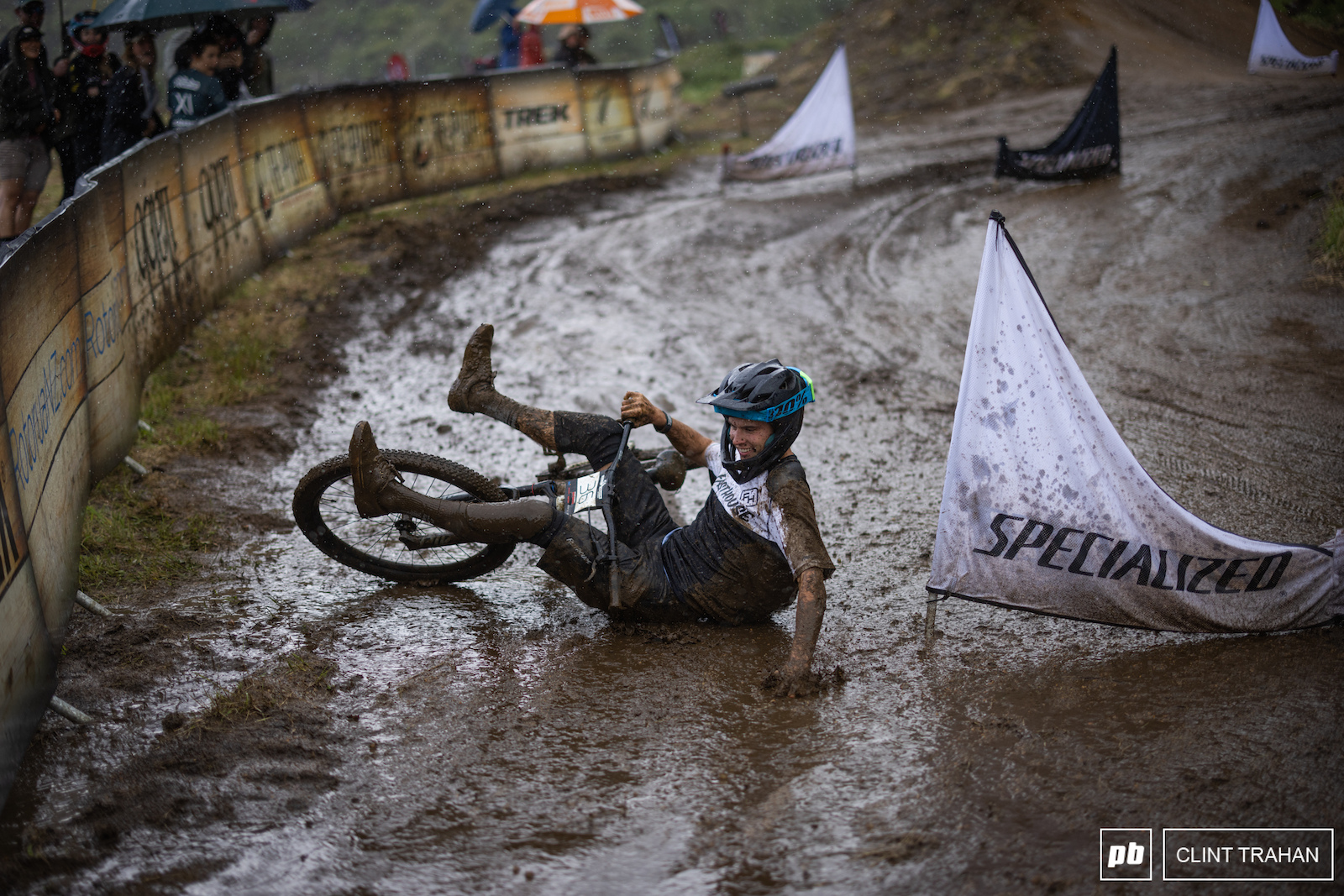 Slip Sliding Away
Crankworx Rotorua Dual Slalom
Brought to you by: // Clint Trahan // Dylan Crane //
I’m going to say it - the weather in Rotorua in November is something I won’t forget. Arriving on-site, we were welcomed by a beautiful Rainbow. The morning/afternoon were sunny and hot, if not a tad windy. Settling down in the mid-afternoon, the clouds rolled in later in the day.

Kicking off qualifications under the same hot sun, which caused more than a couple of sunburns today; the mood changed dramatically; and quickly. A few times.

With the unpredictable weather came some pretty interesting riding conditions. Line choices became something more like wishful thinking than strategic planning. Riders put in more footsteps than peddle strokes through the middle / lower part of the course. Those on-site gathered to watch the carnage. And Carnage there was. 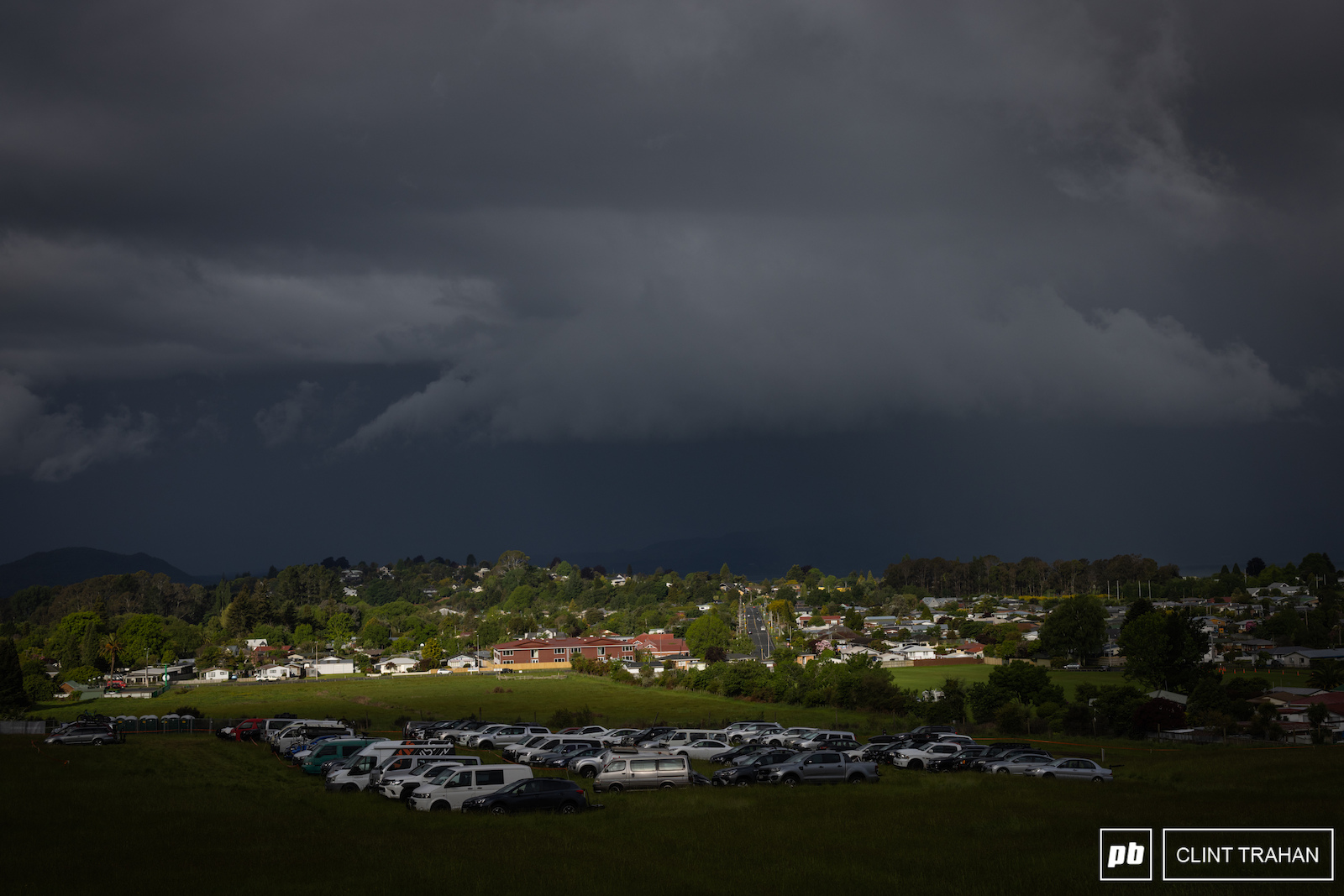 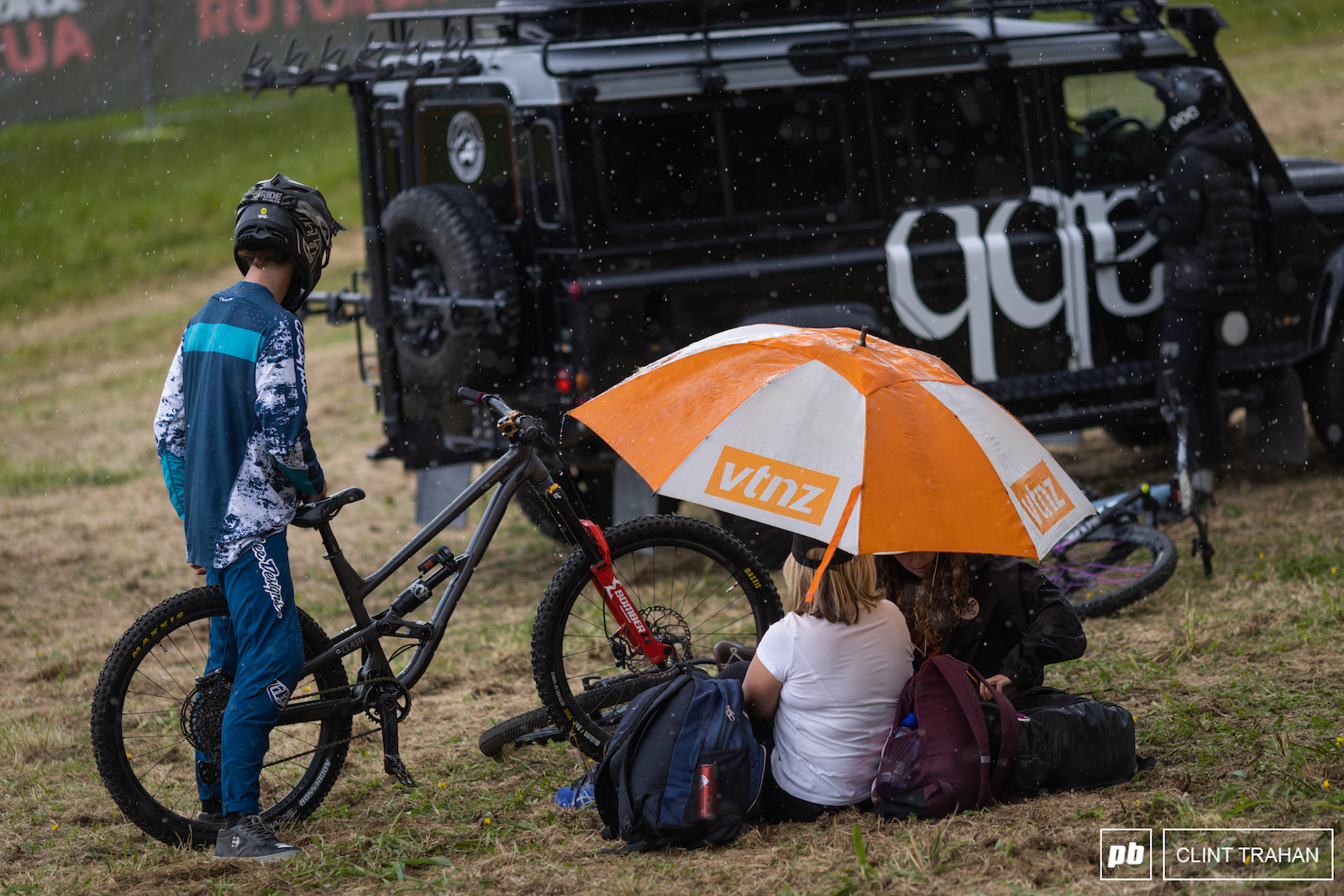 While the rain was short, it came with force and drenched the track 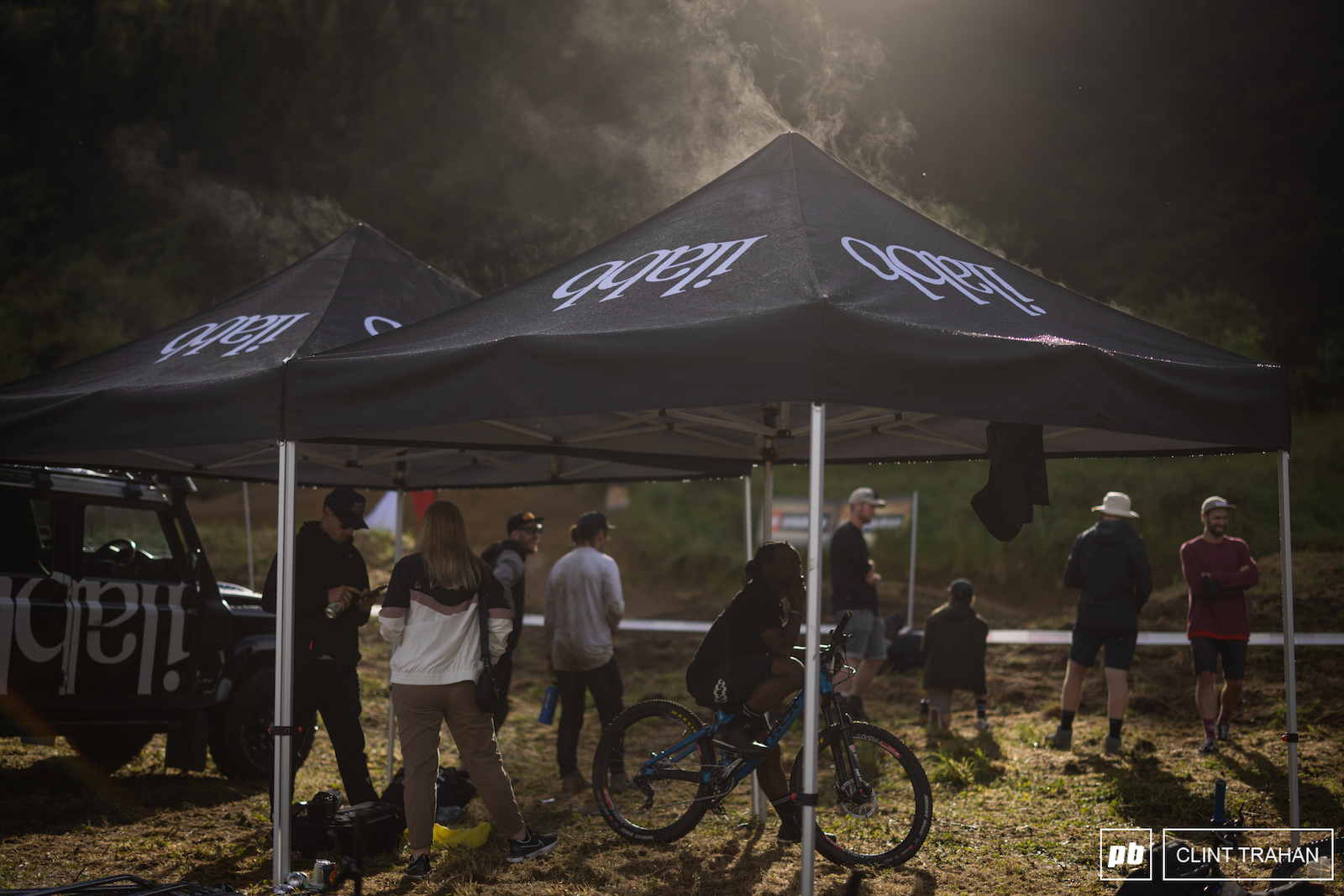 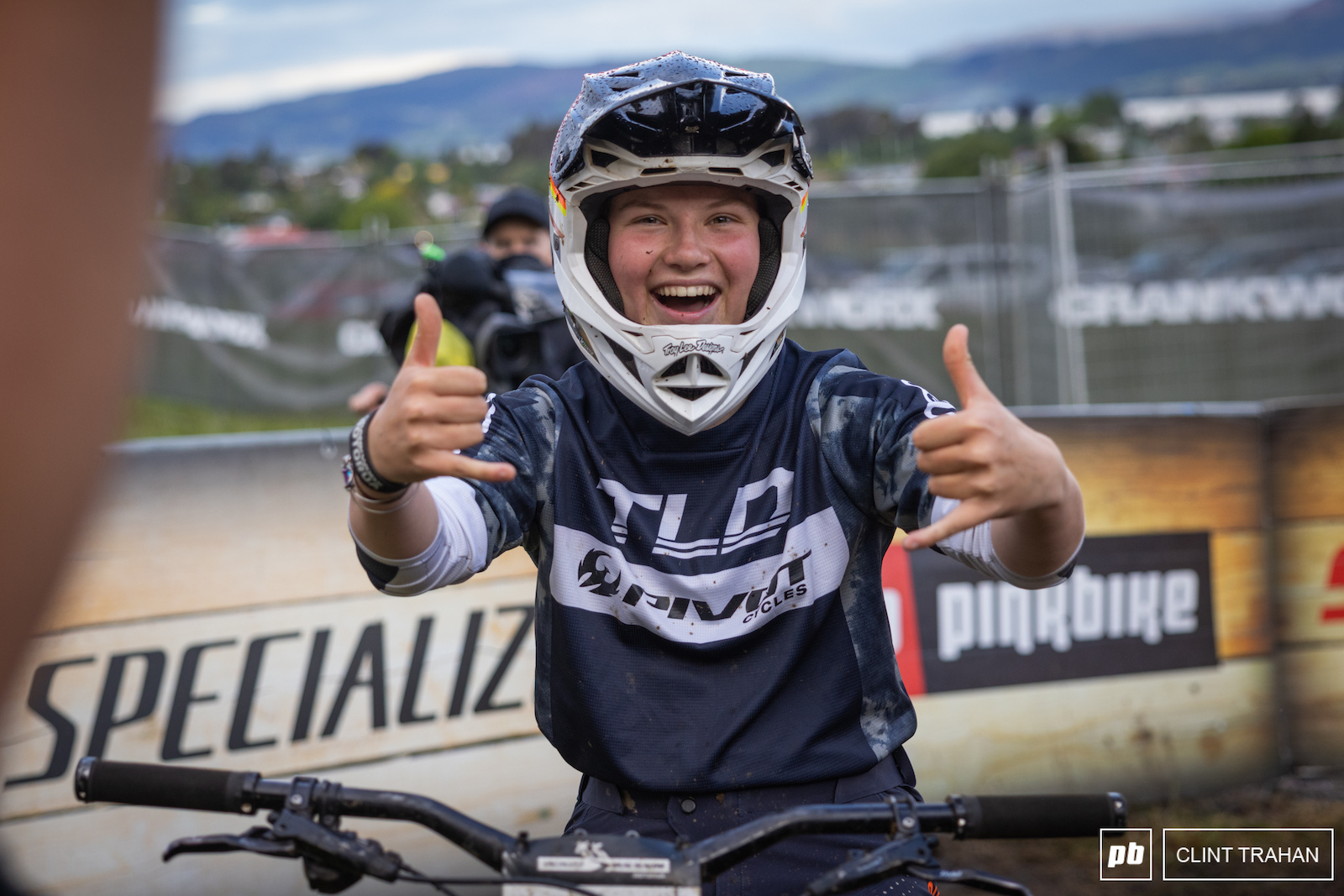 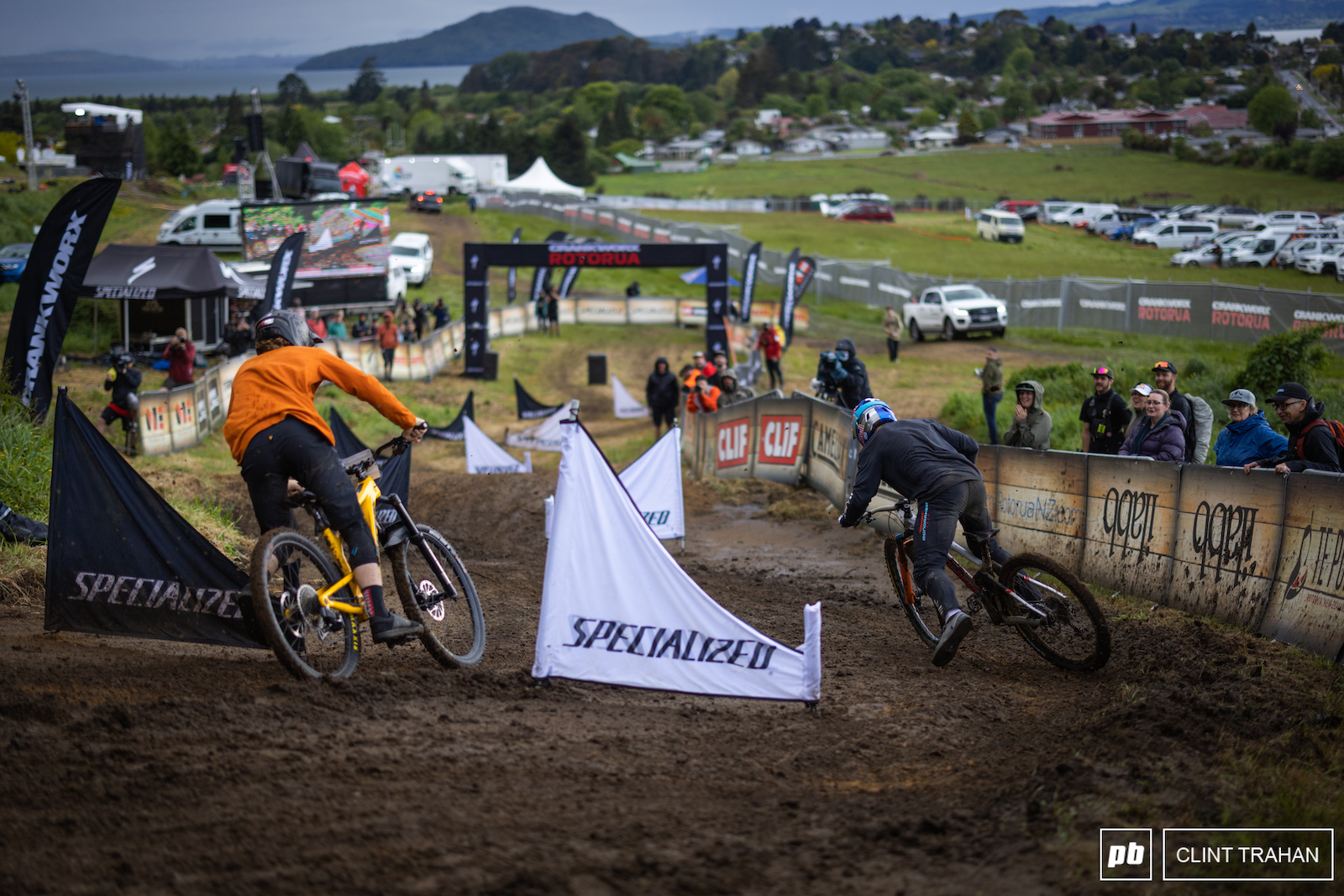 Despite the tough racing conditions, riders were having so much fun on track 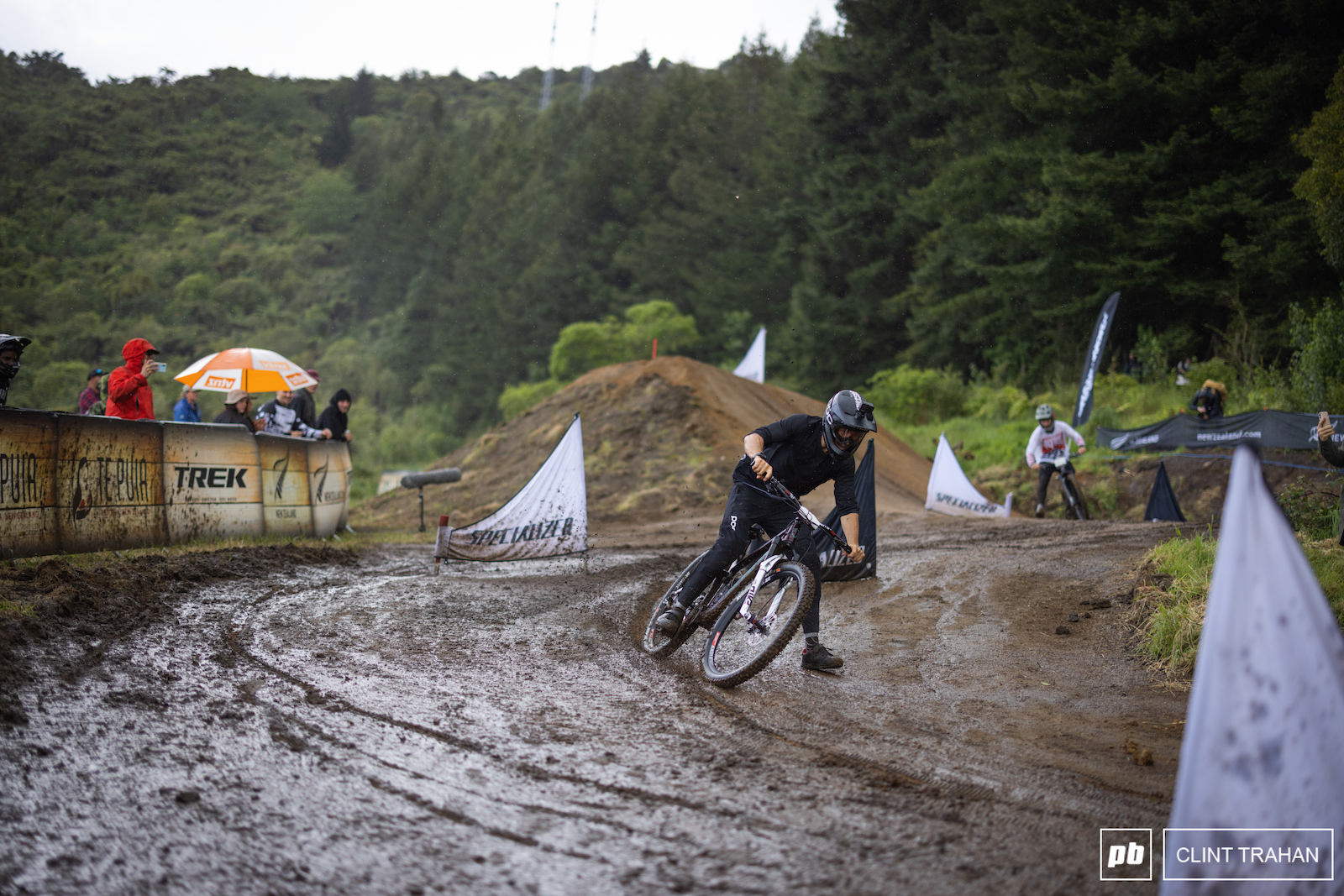 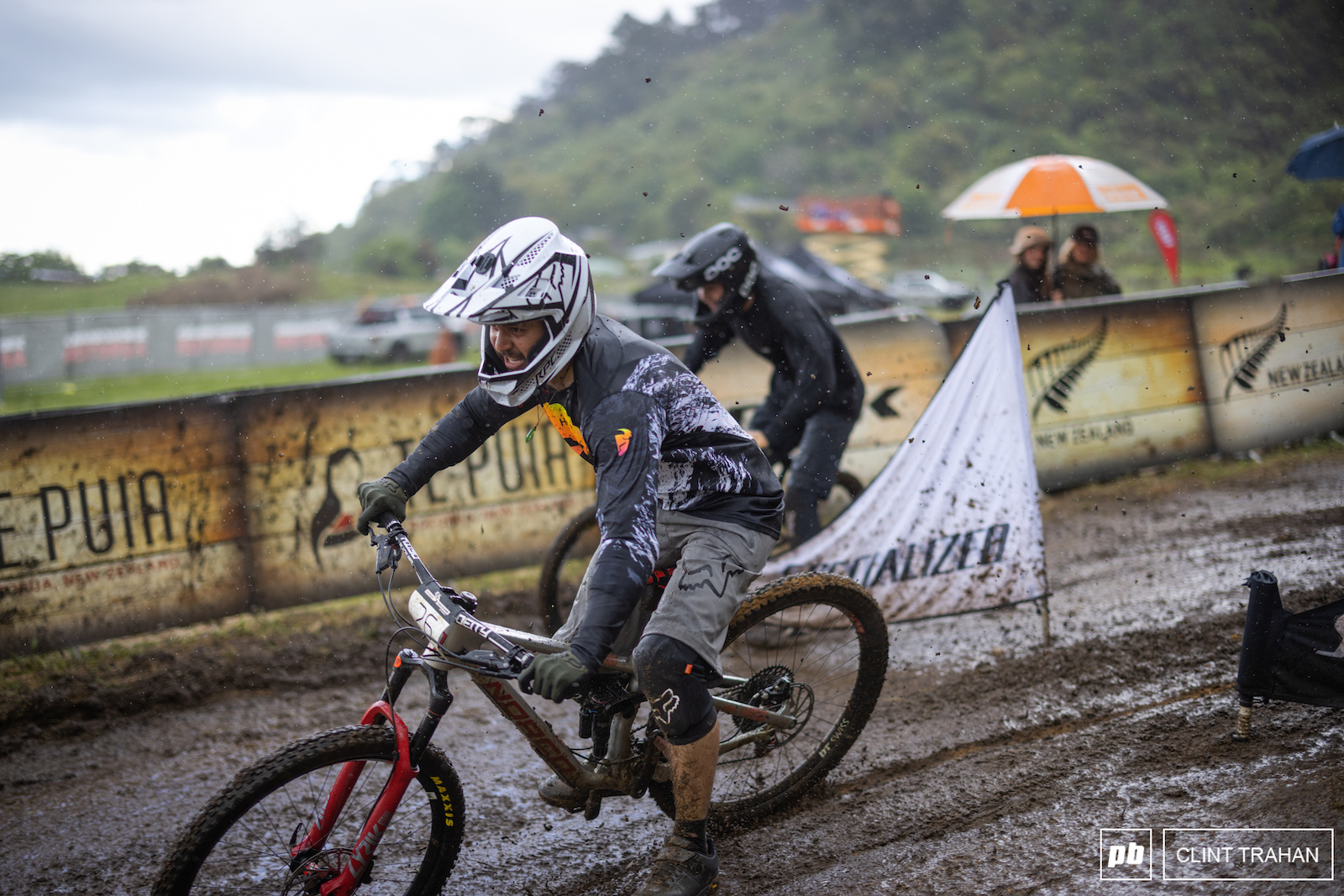 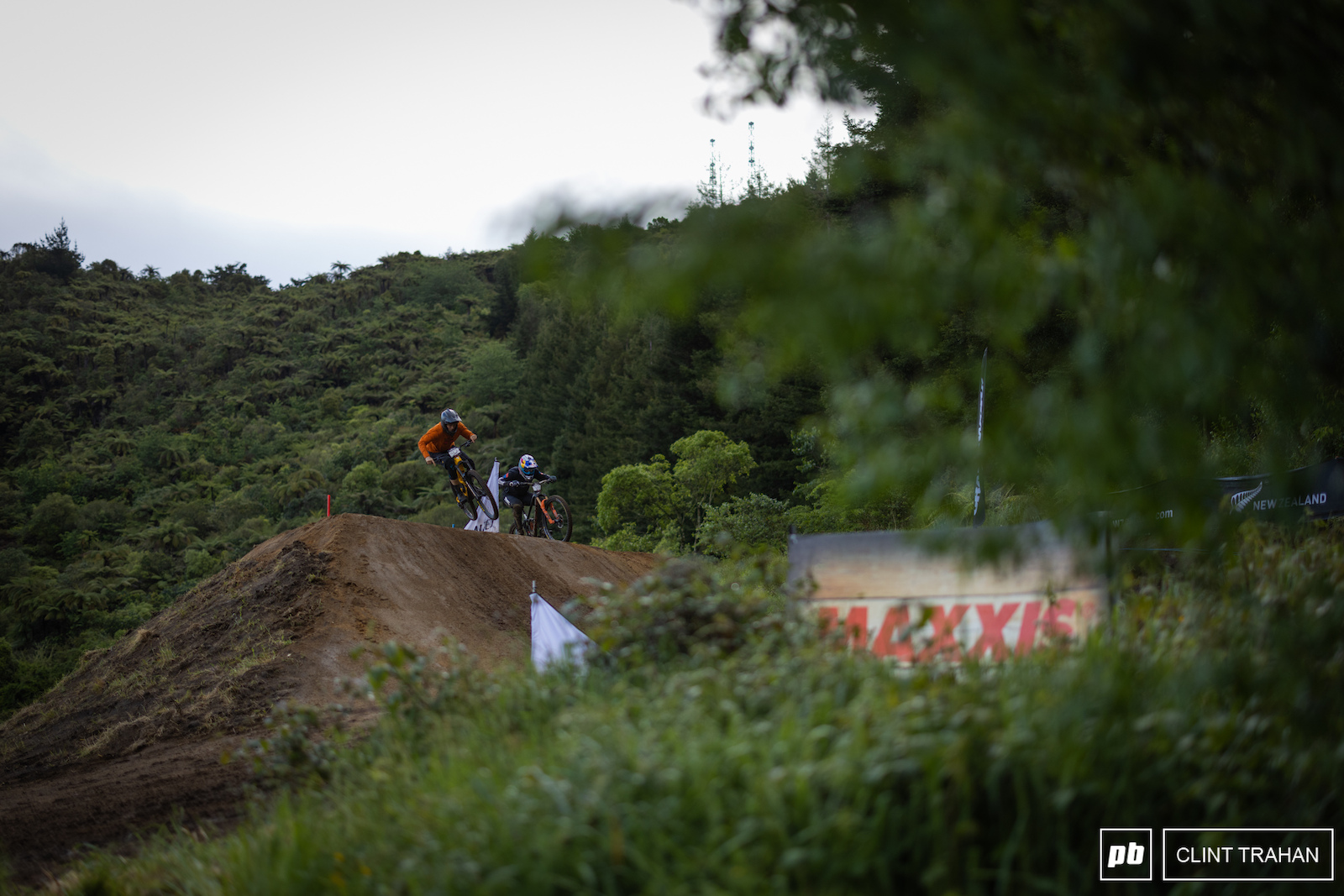 Some of them even managed to stay upright 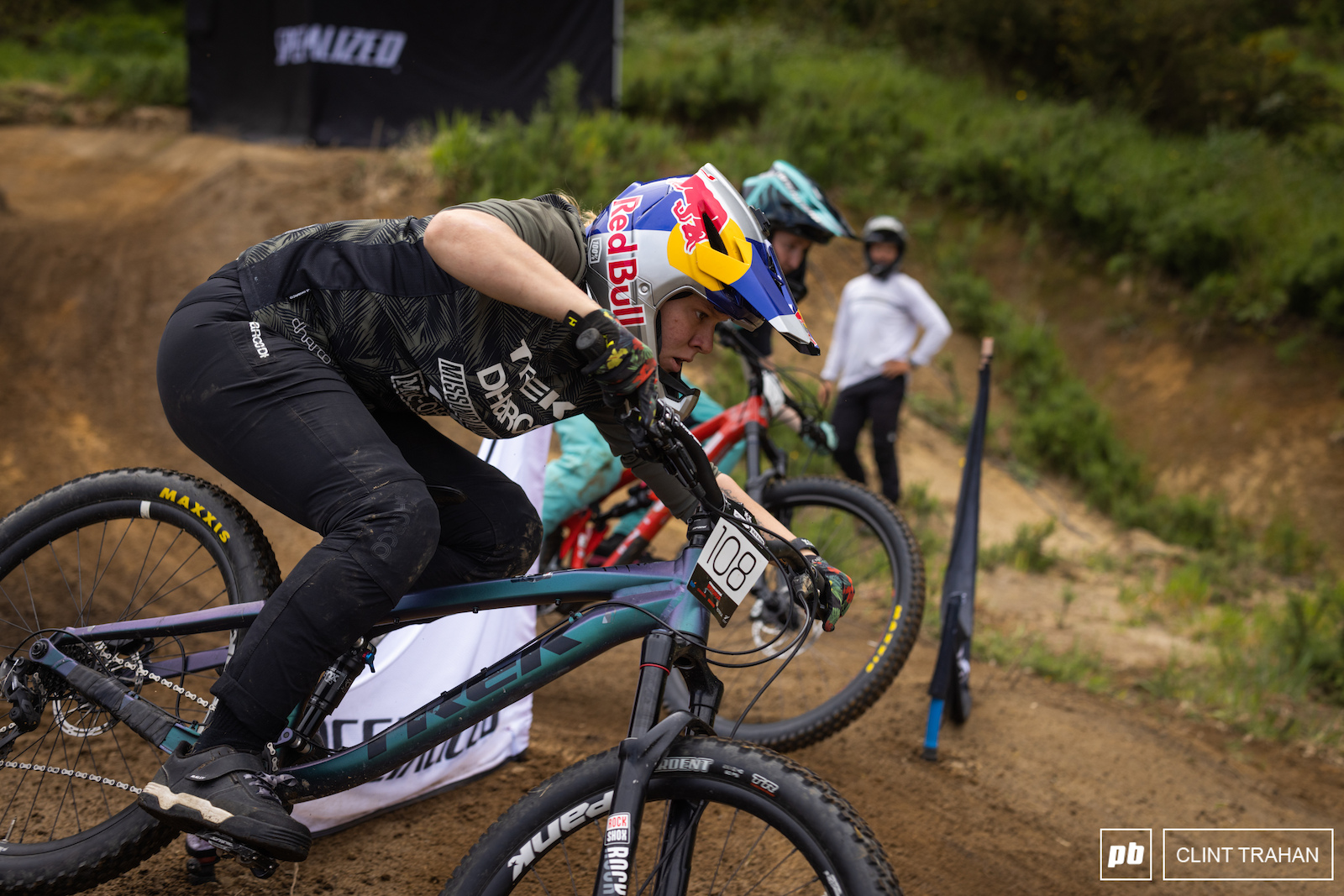 Harriet, doing all she can to keep the wheels upright and turning in the final few corners 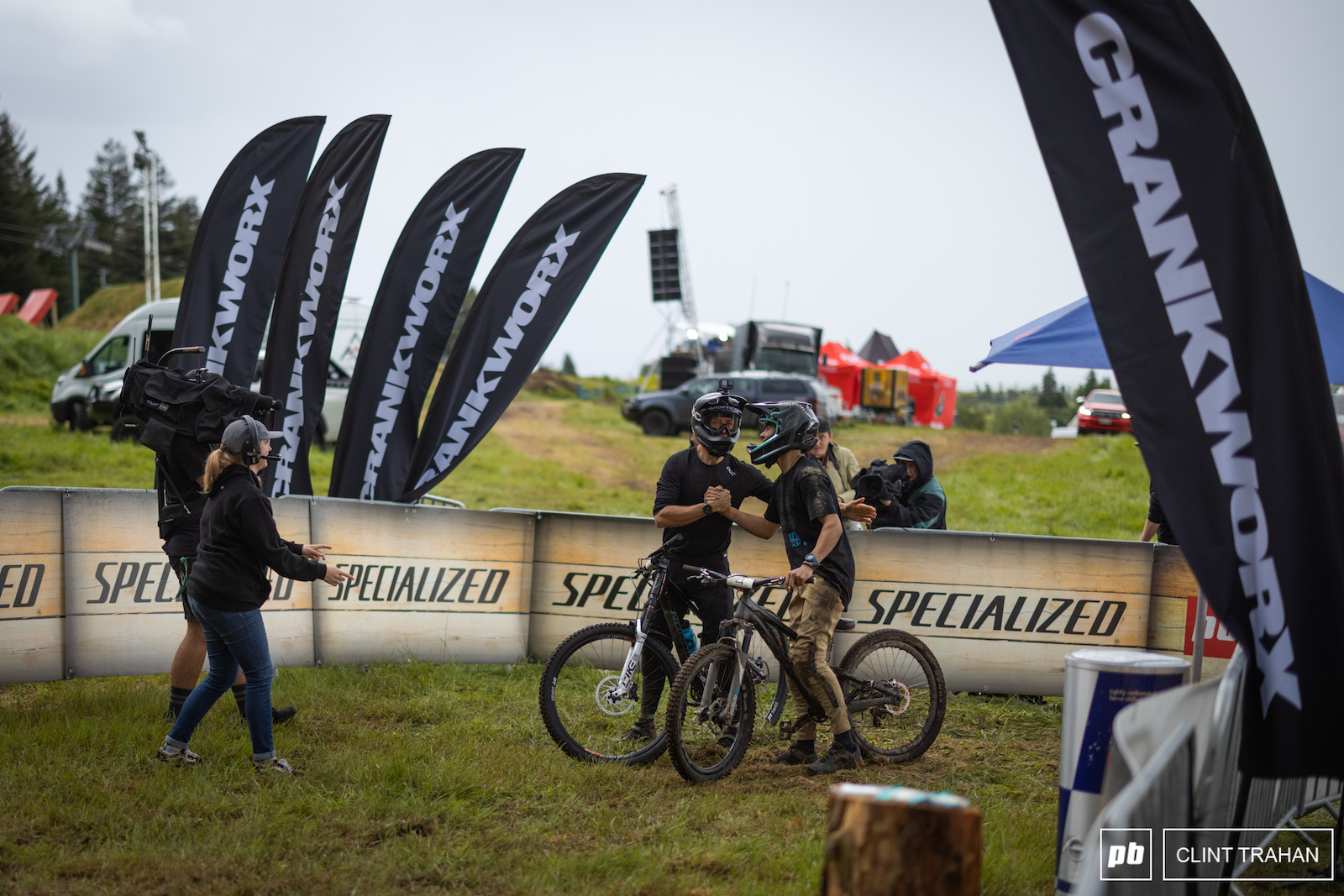 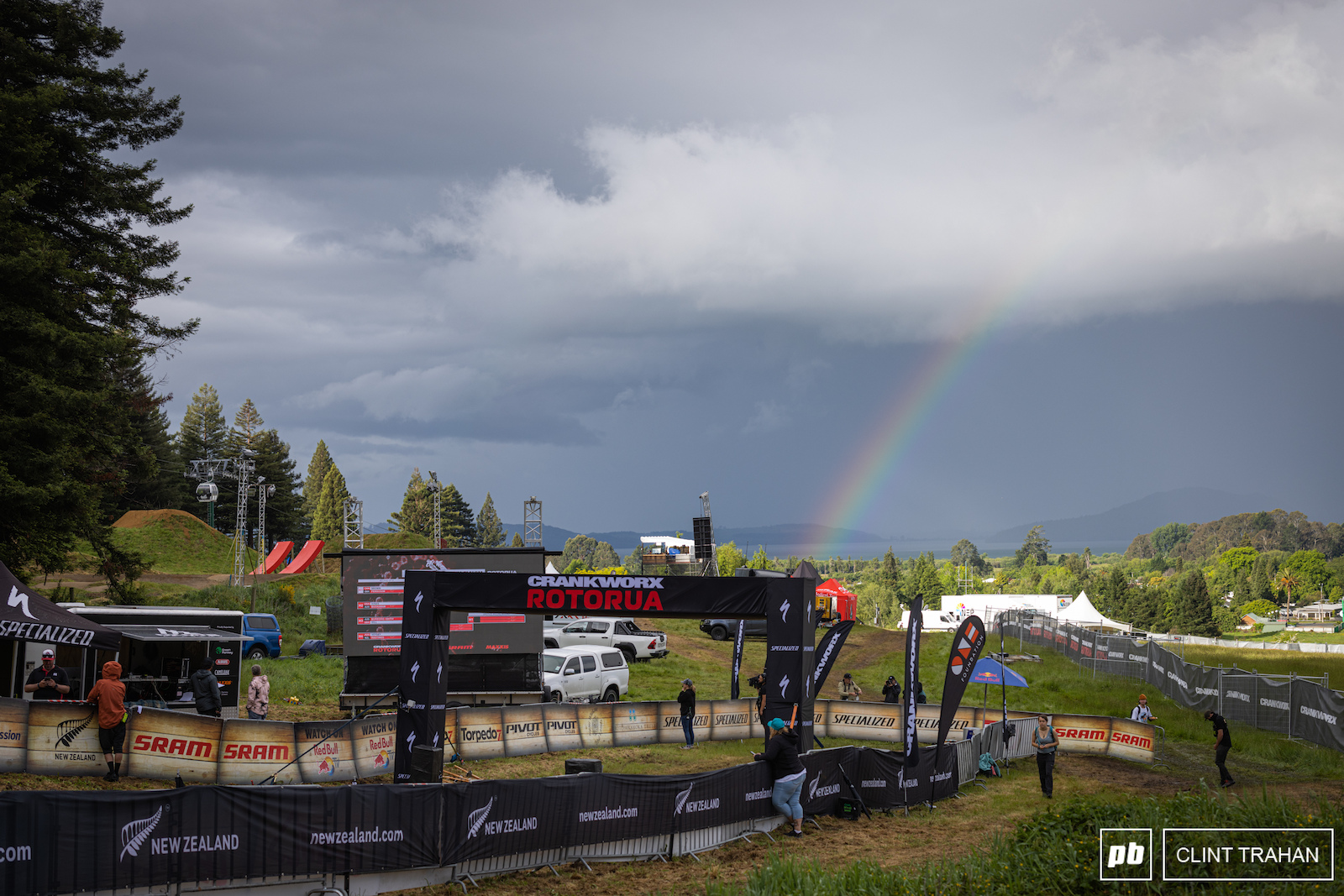 Once the sun came out, spirits brightened and it was nothing but a good time 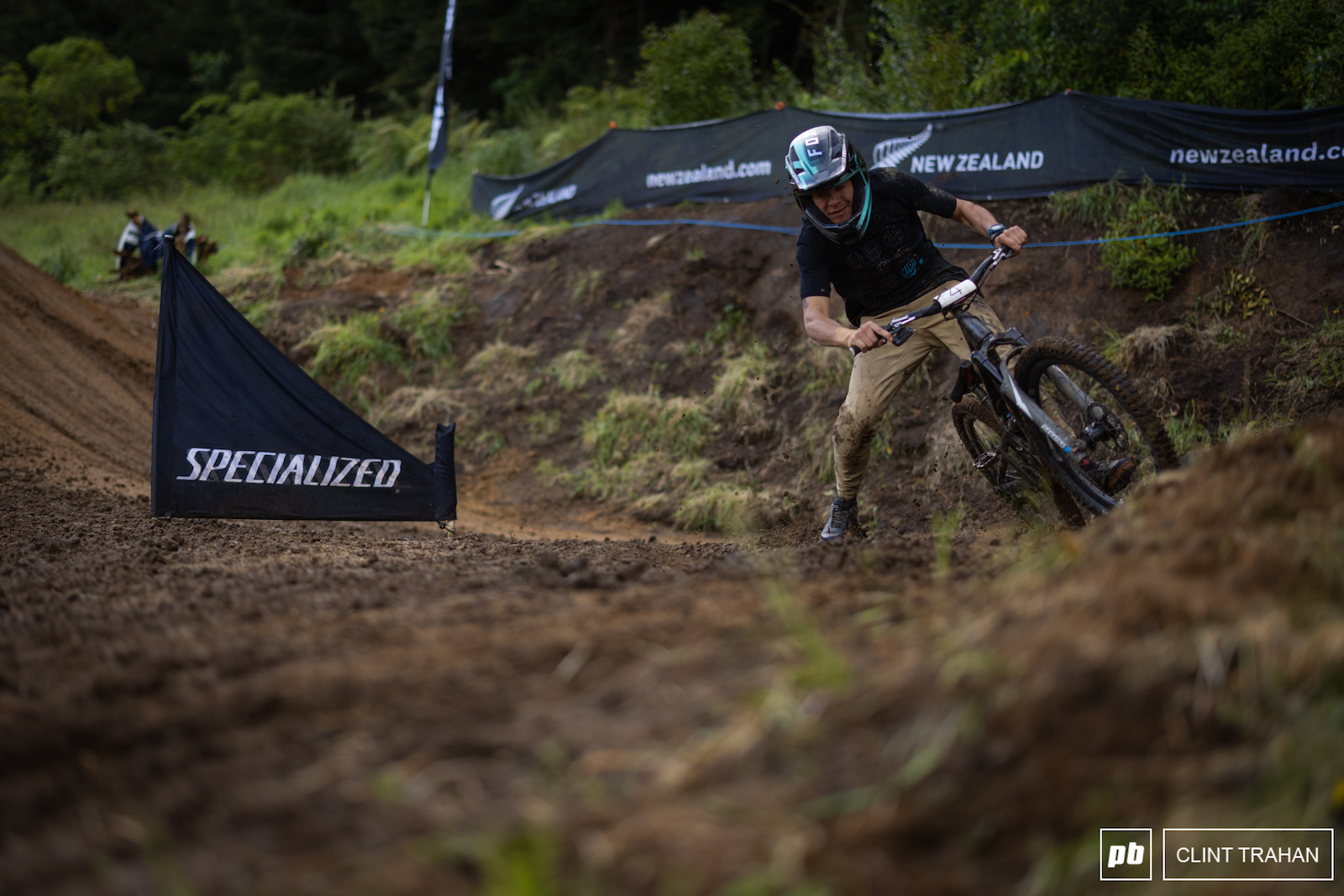 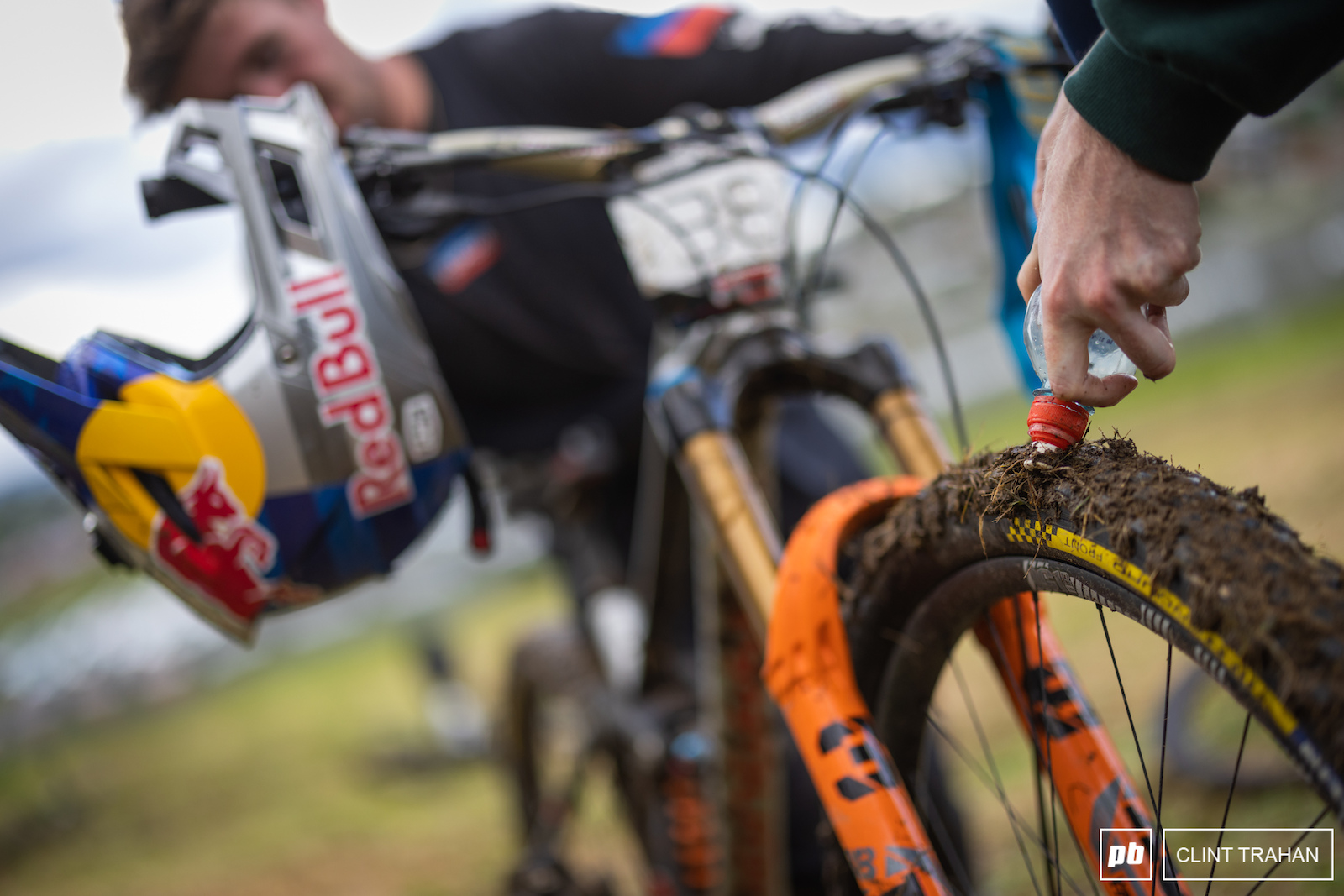 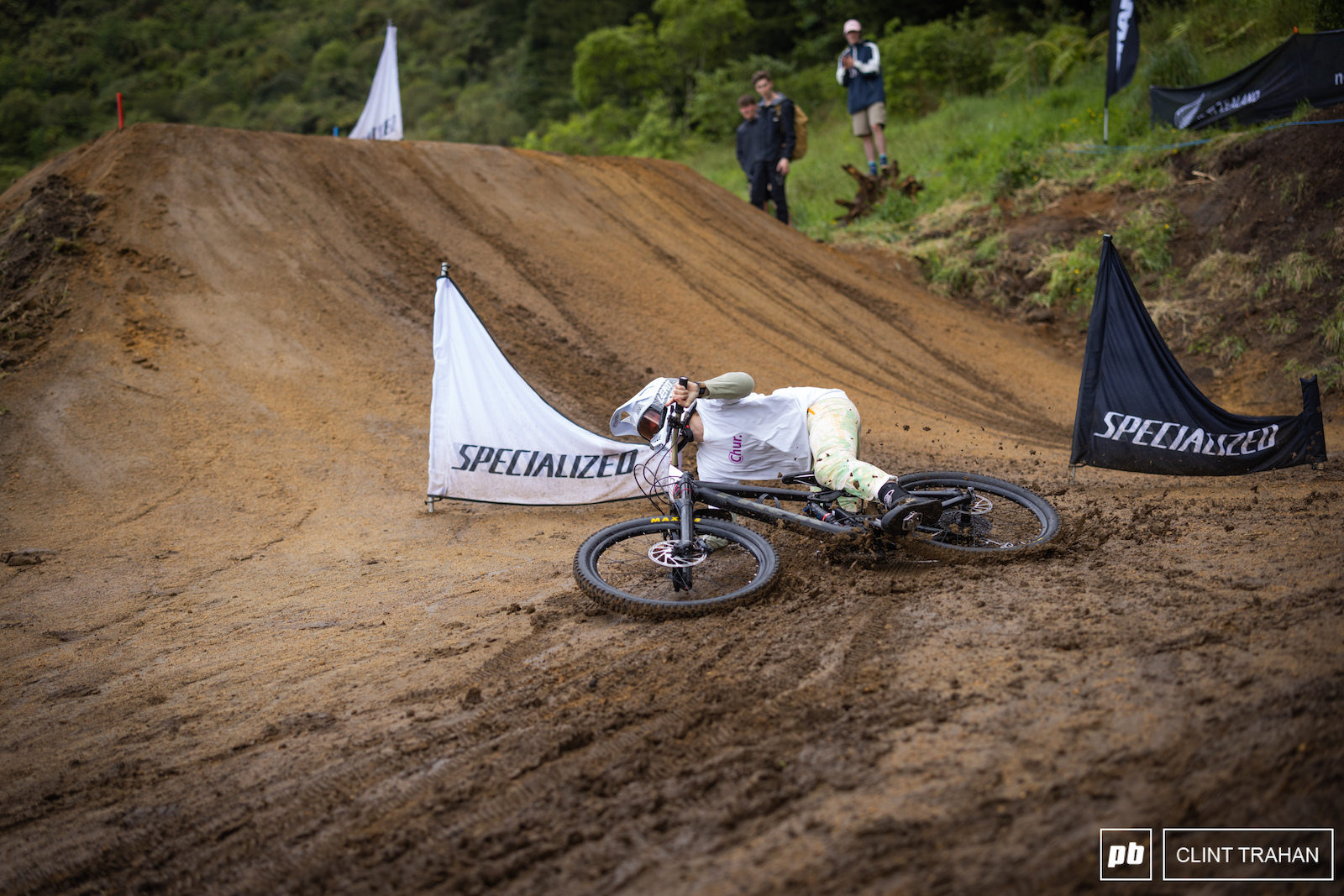 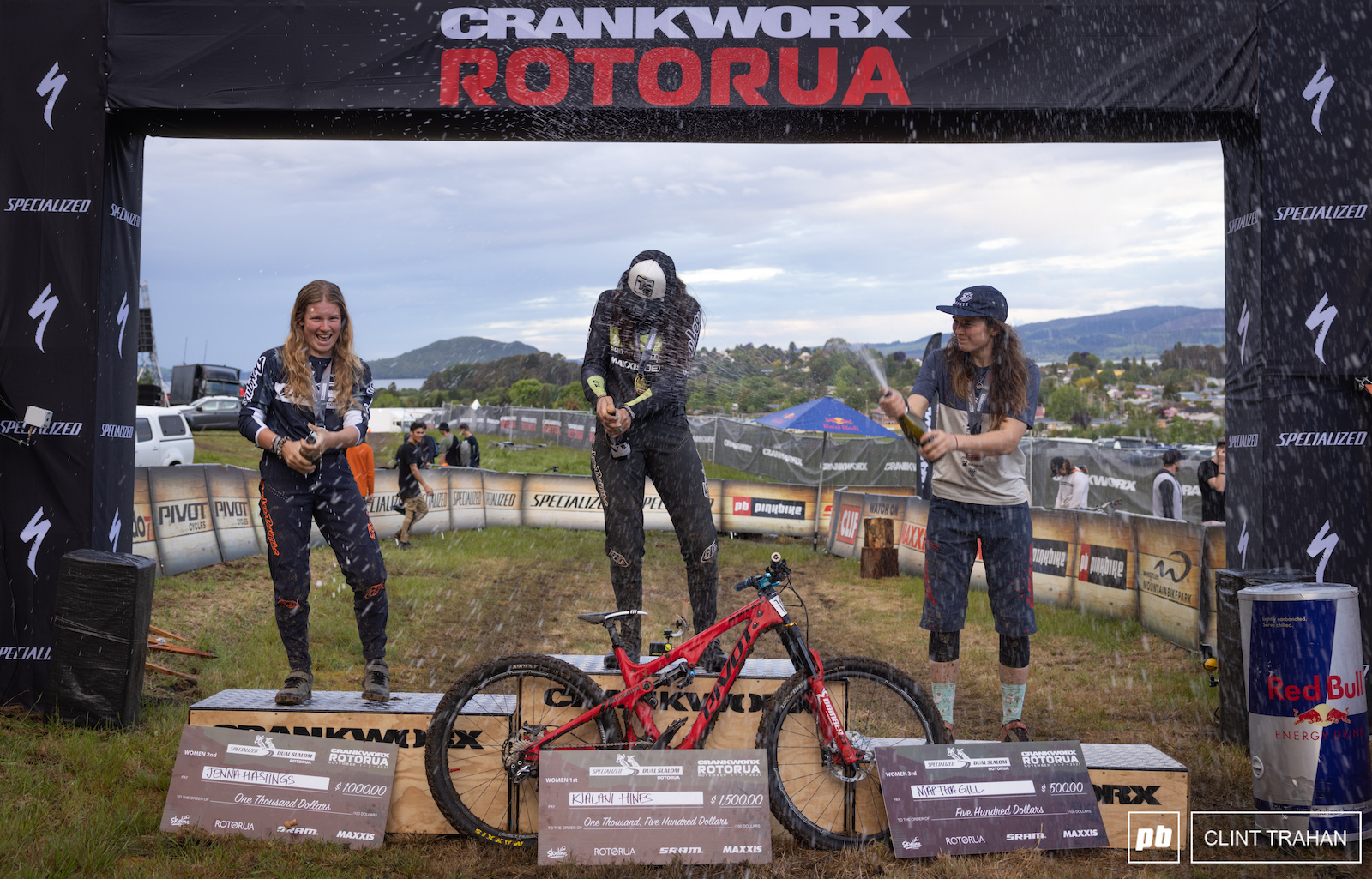 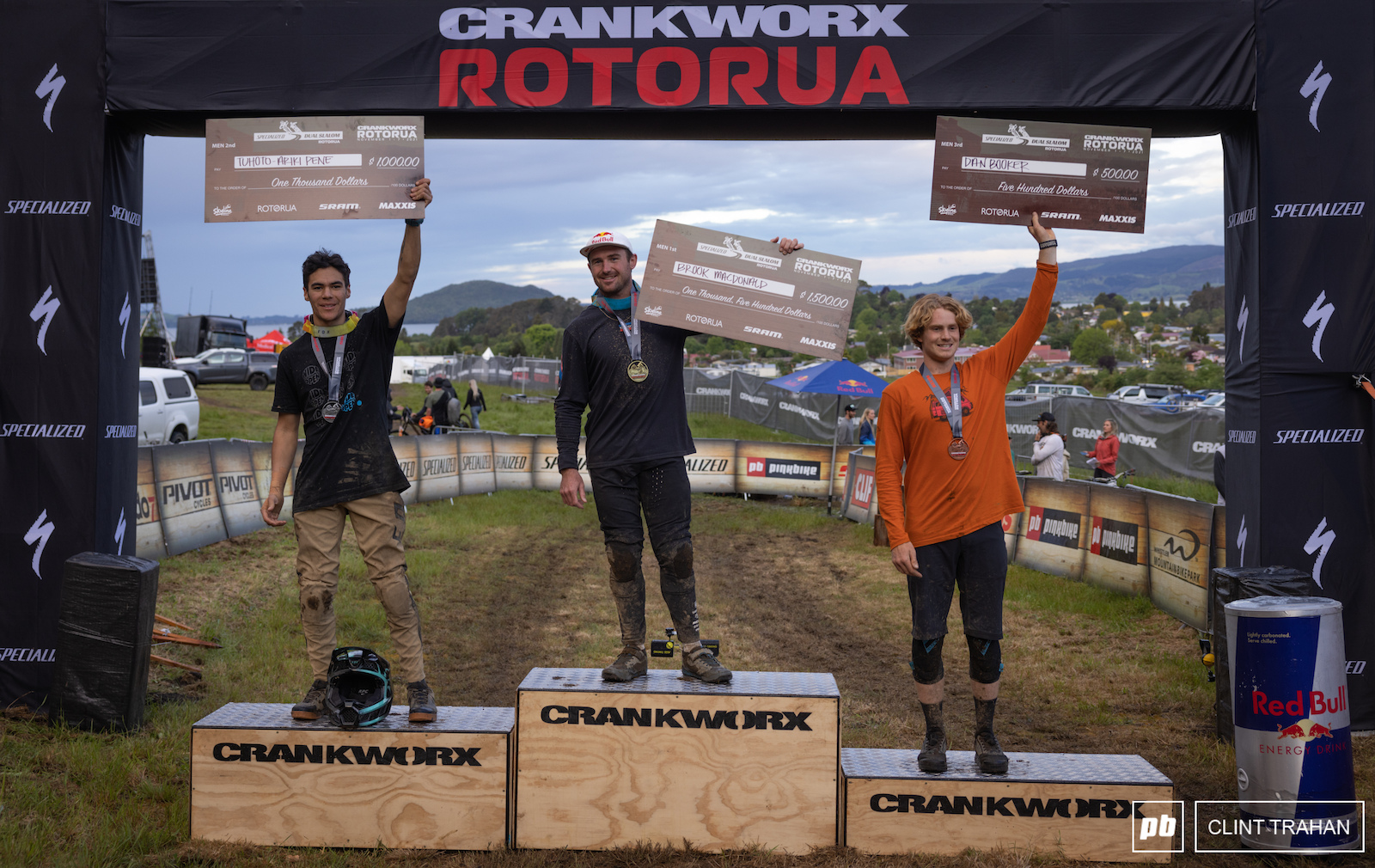 Left to right: Tuhoto-Ariki Pene, Brook MacDonald, Dan Booker
The finish to the race was as wild as the weather. Popping the berm in the first corner, Brook MacDonald seemingly handed the victory to Tuhoto-Ariki Pene, however in the second run, Tuhoto suffered a race costing mechanical in the final section of the course; handing the win back to Bulldog. Dan Booker found himself beside Brook and Tuhoto on the podium when the mud settled.

On the women’s side, Jenna Hastings, again, kept the theme of 3’s running with yet another podium, this time, finishing third. For those keeping score, Jenna finished 1st in DH, 2nd in Dual Slalom and 3rd in Pumptrack this year at Crankworx Rotorua.

A future Queen of Crankworx in the making? Stay tuned!

The highlight of the day, however, was the slip and slide effect of the rains. Hoots, hollers and grins could be seen and heard throughout the track. Both Sam Blenkinsop and Brook mentioned it was one of those great days on the bike that’ll be remembered for a long time.

bthomson84 (Nov 6, 2021 at 12:36)
Dual slalom in the wet is great to watch. After DH it’s the best event and would love to see more slalom races on good courses. Great viewing