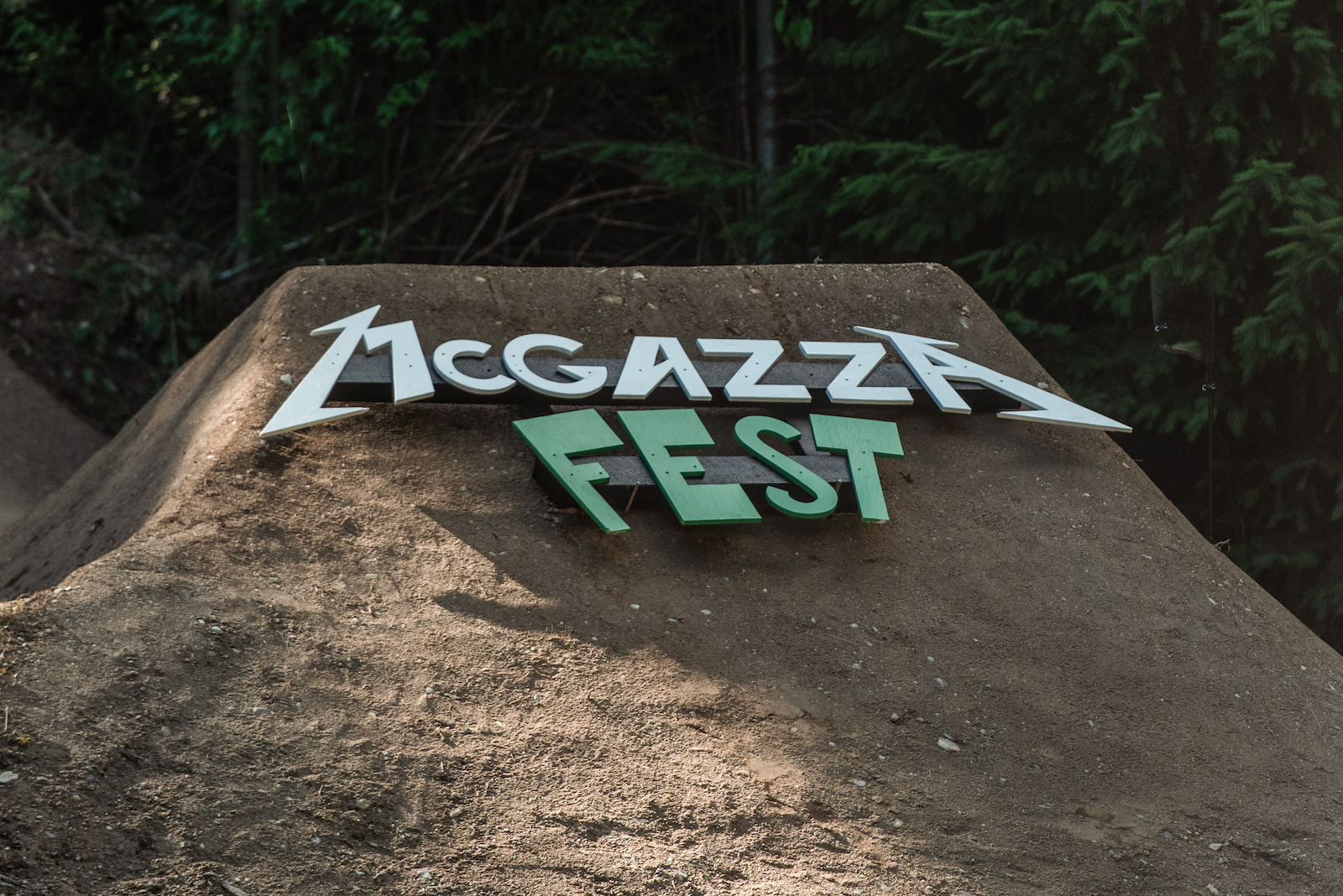 Photo Epic
MCGAZZA FEST 2021
Celebrating the legacy of Kelly McGarry
Photography by Findley Watt / Blackaptur Photography
With New Zealand now largely COVID free, there was nothing that was going to stop its close-knit riding community from coming together to commemorate the fifth anniversary of the passing of freeride legend Kelly McGarry. McGarry was a fan favourite at events as varied as Crankworx and Rampage and was instantly recognisable thanks to his golden mane, giant smile and ineffable personality. Constantly smiling, quick with a joke or a laugh, he was the ultimate ambassador for New Zealand and mountain biking in general. 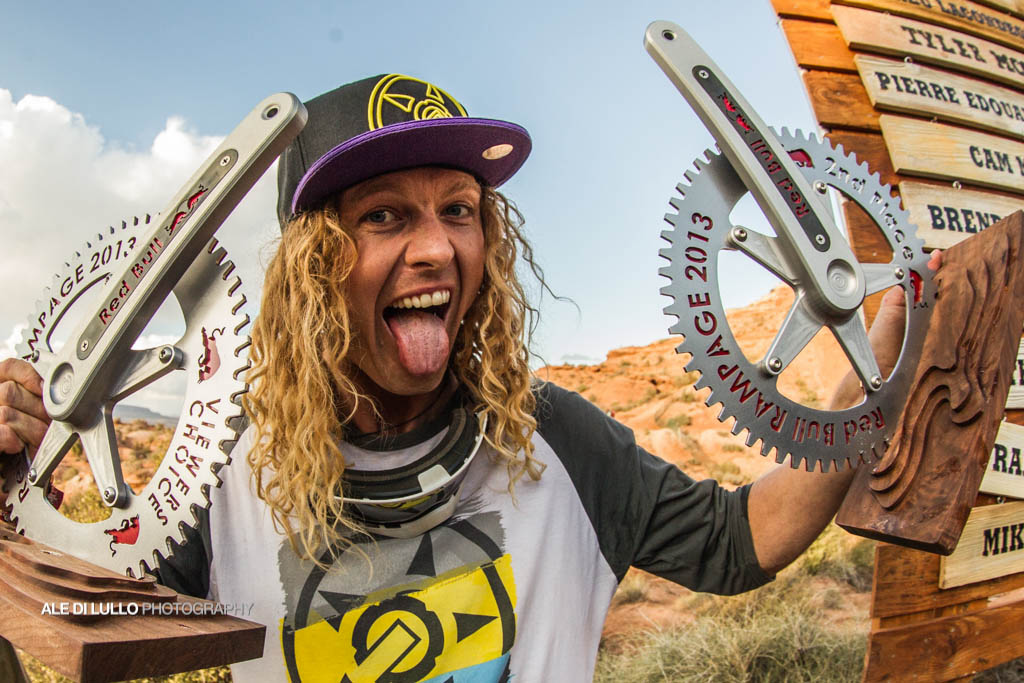 Each year, Queenstown's Skyline Bike Park hosts McGazza Fest, a 3-day event to celebrate the life of McGarry. Events include a chainless race on the Mcnearly Gnarley track, a kids airbag/mulch session and the highlight every year, a final jam on the Dream Track. This sees the Queenstown riding community gather on the huge jumps that were first built in 2004 for New World Disorder 5, and most recently extended in 2017, for a laidback session that ensures McGarry's legend and memory will live on. Ride in peace. 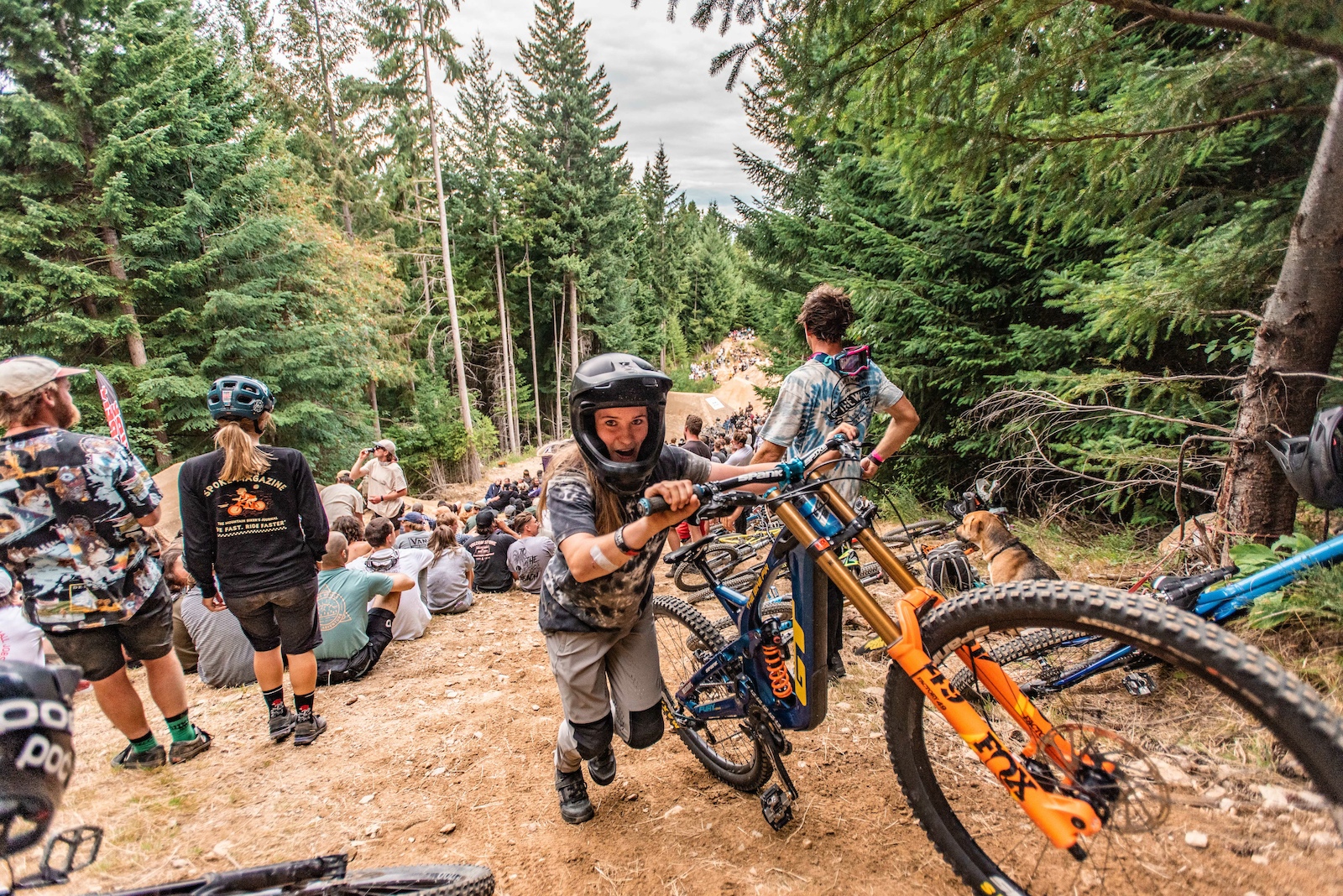 Jess Blewitt is feeling the stoke as she leads the push-up line to drop in. 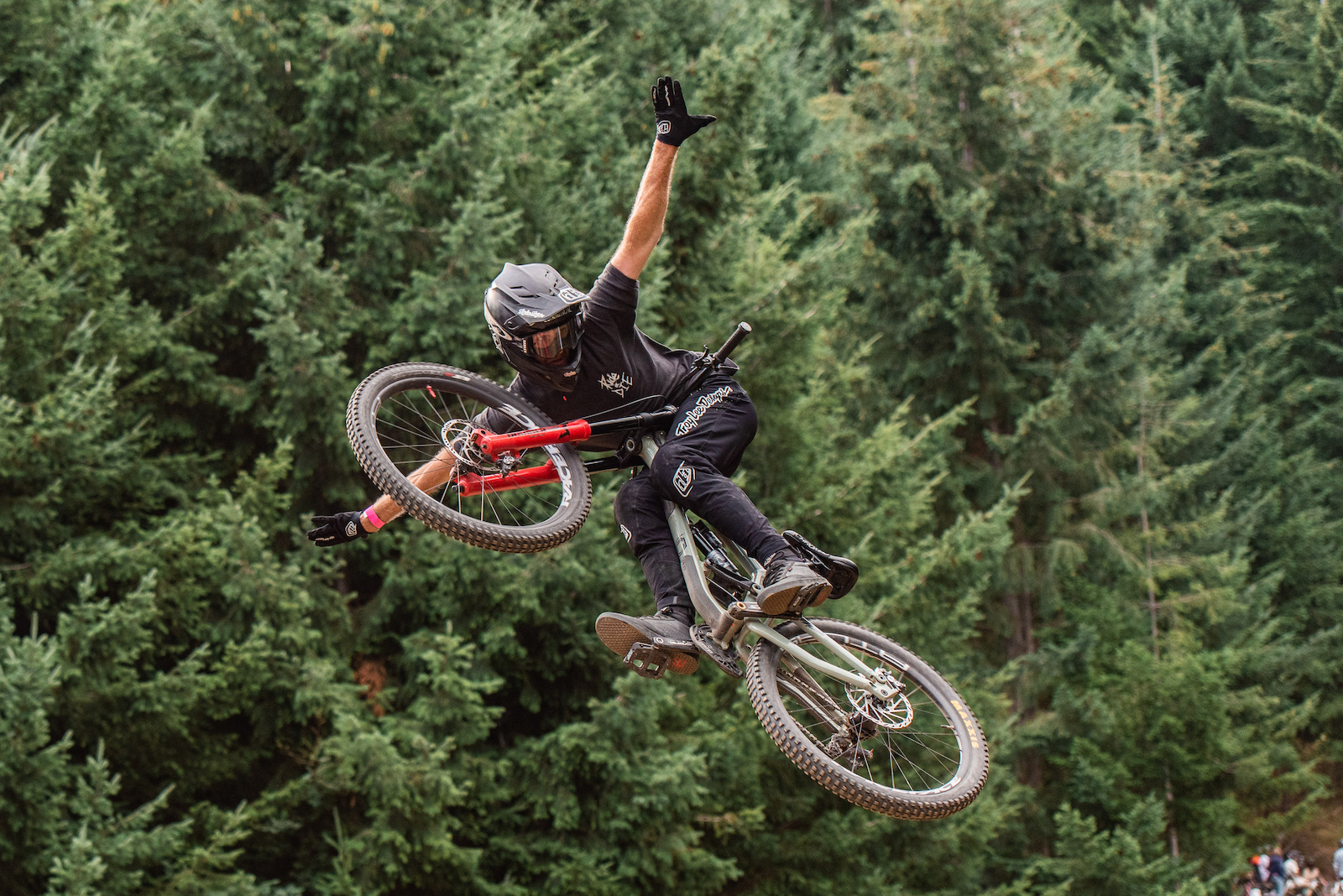 Billy Meaclem shows off his impressive wingspan as he soars through the line. 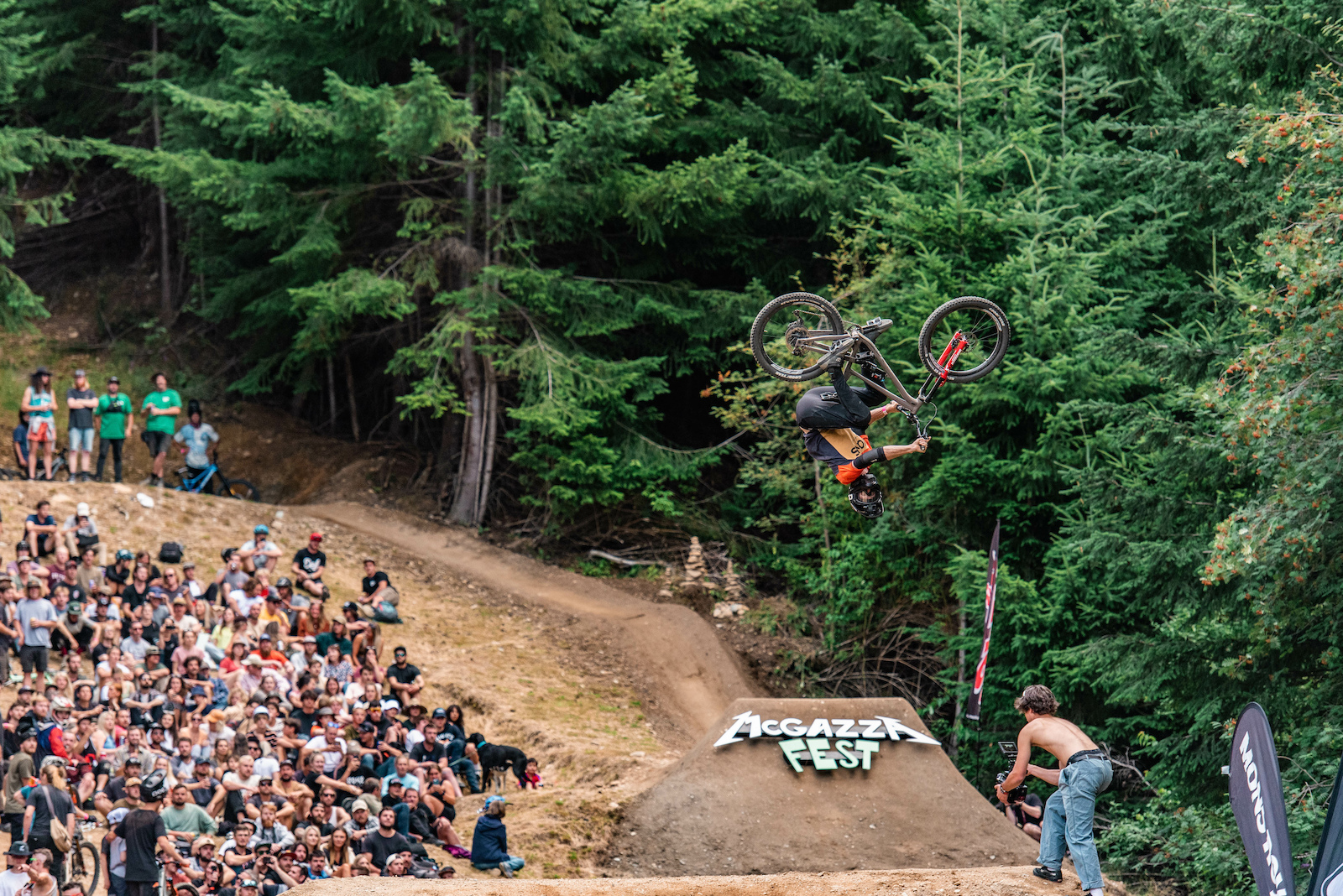 Conor MacFarlane spent a lot of time upside down on the track he spent 250 hours to help develop in 2017. 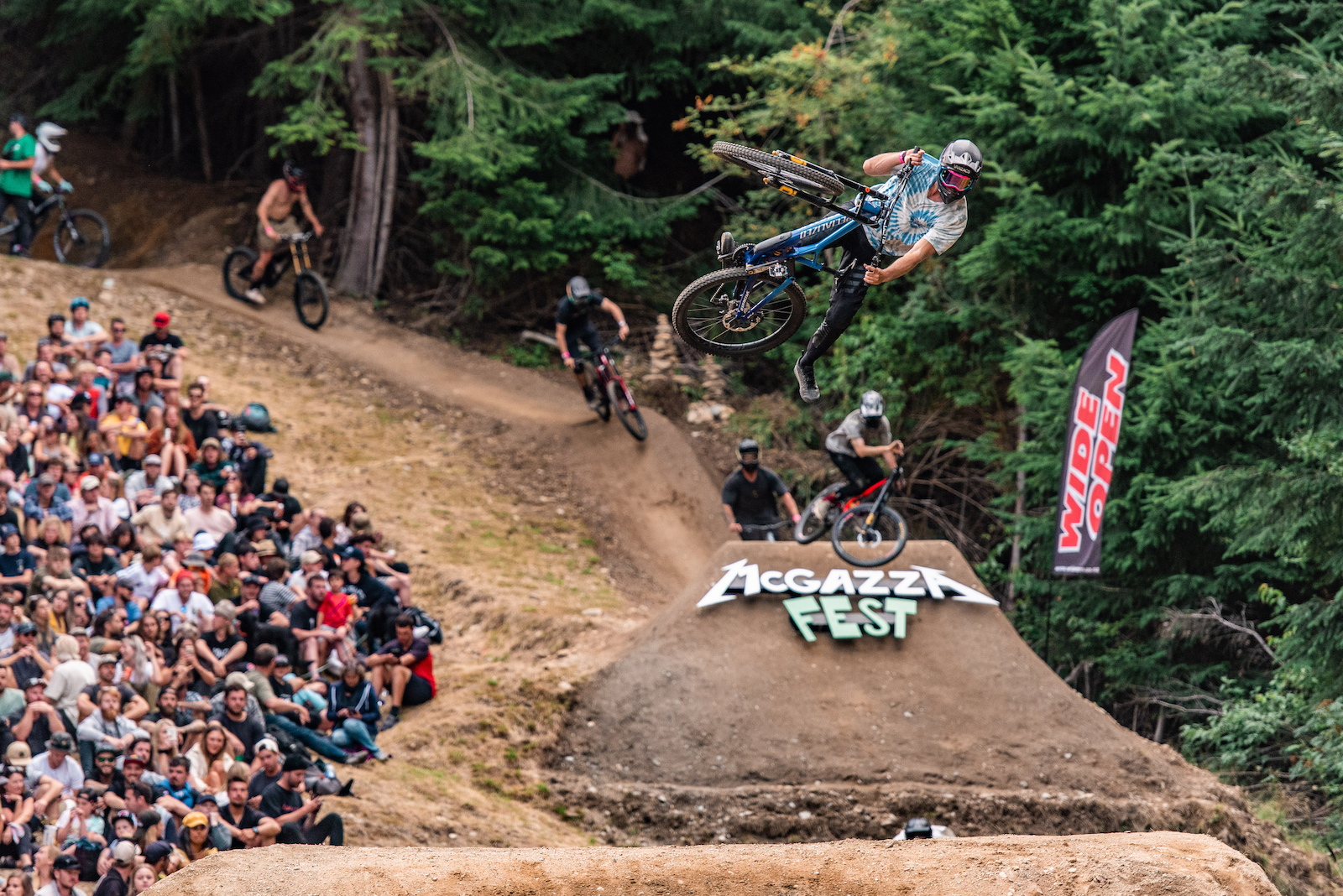 Dave McMillan leads in a huge train of riders. 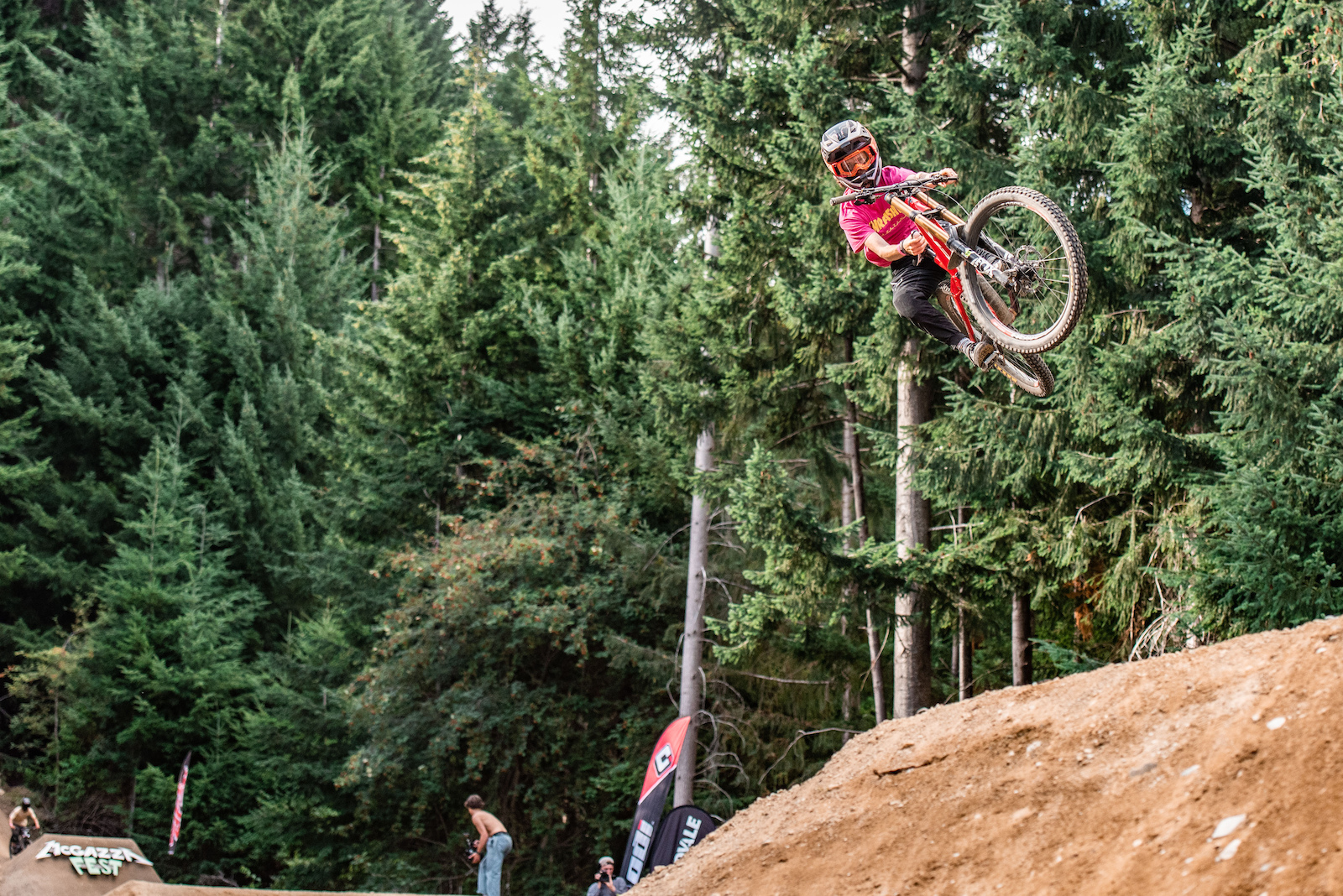 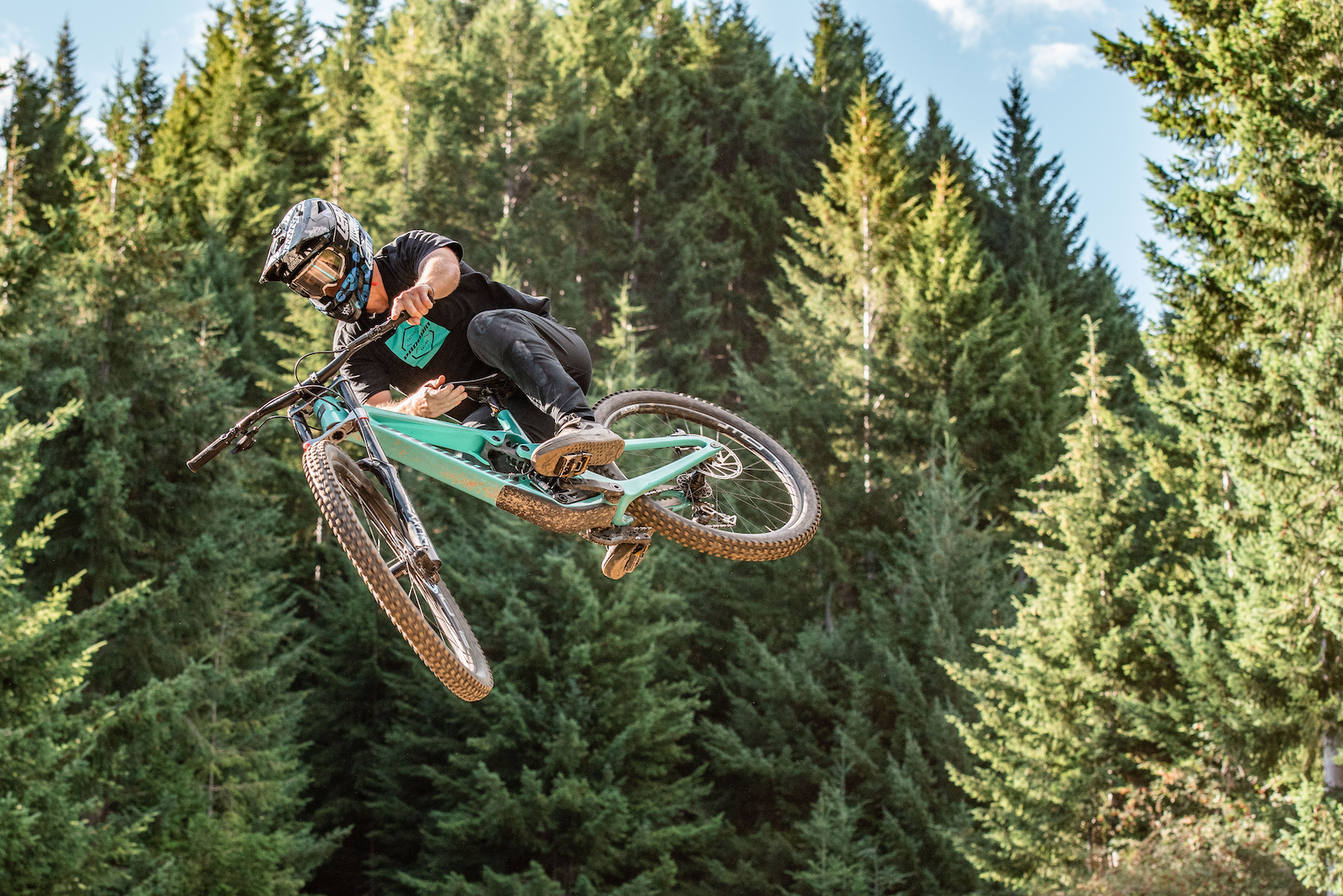 George Brannigan and Vinny Armstrong Show off their t-bogs 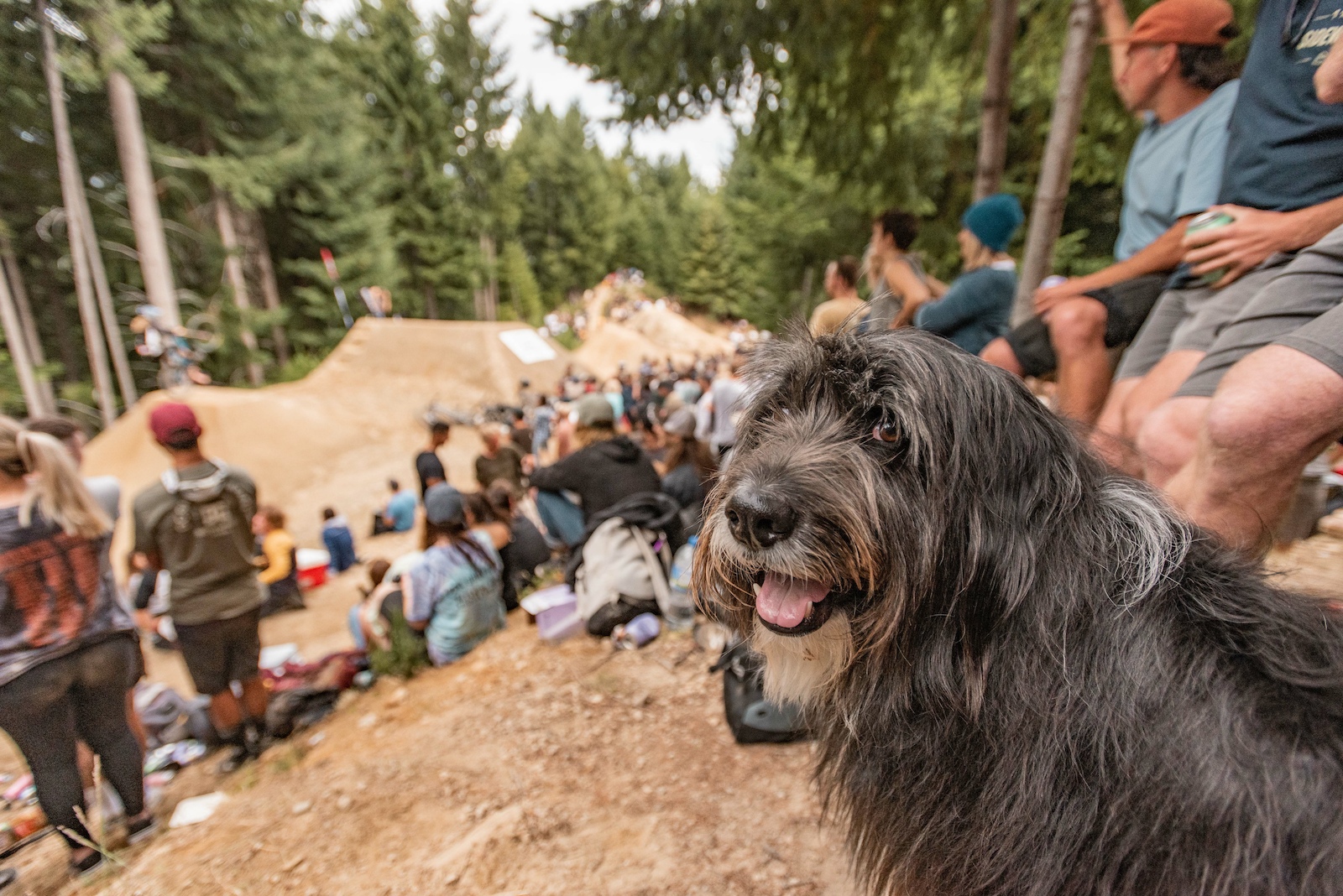 The riders were cheered on by a throng of eager spectators. 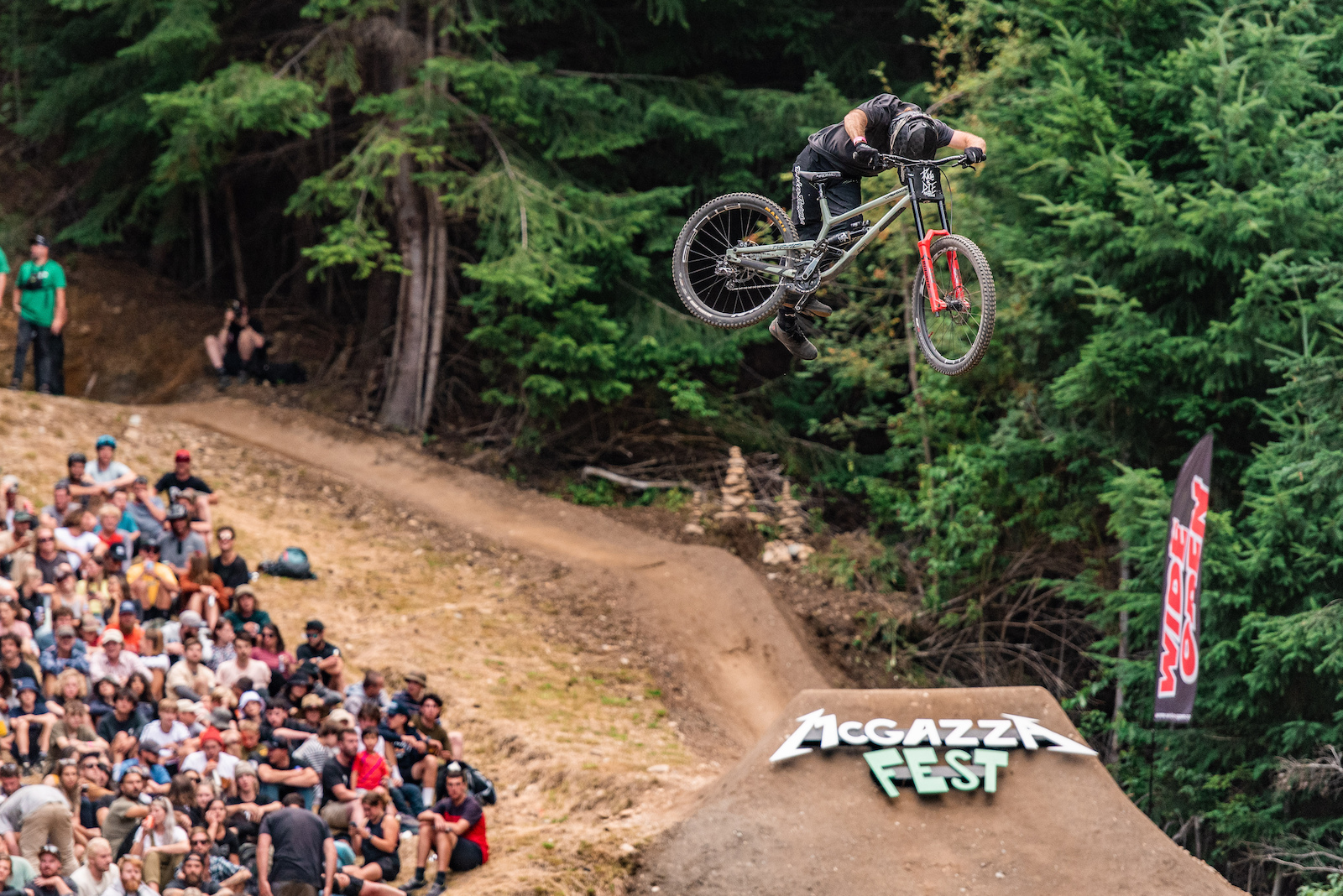 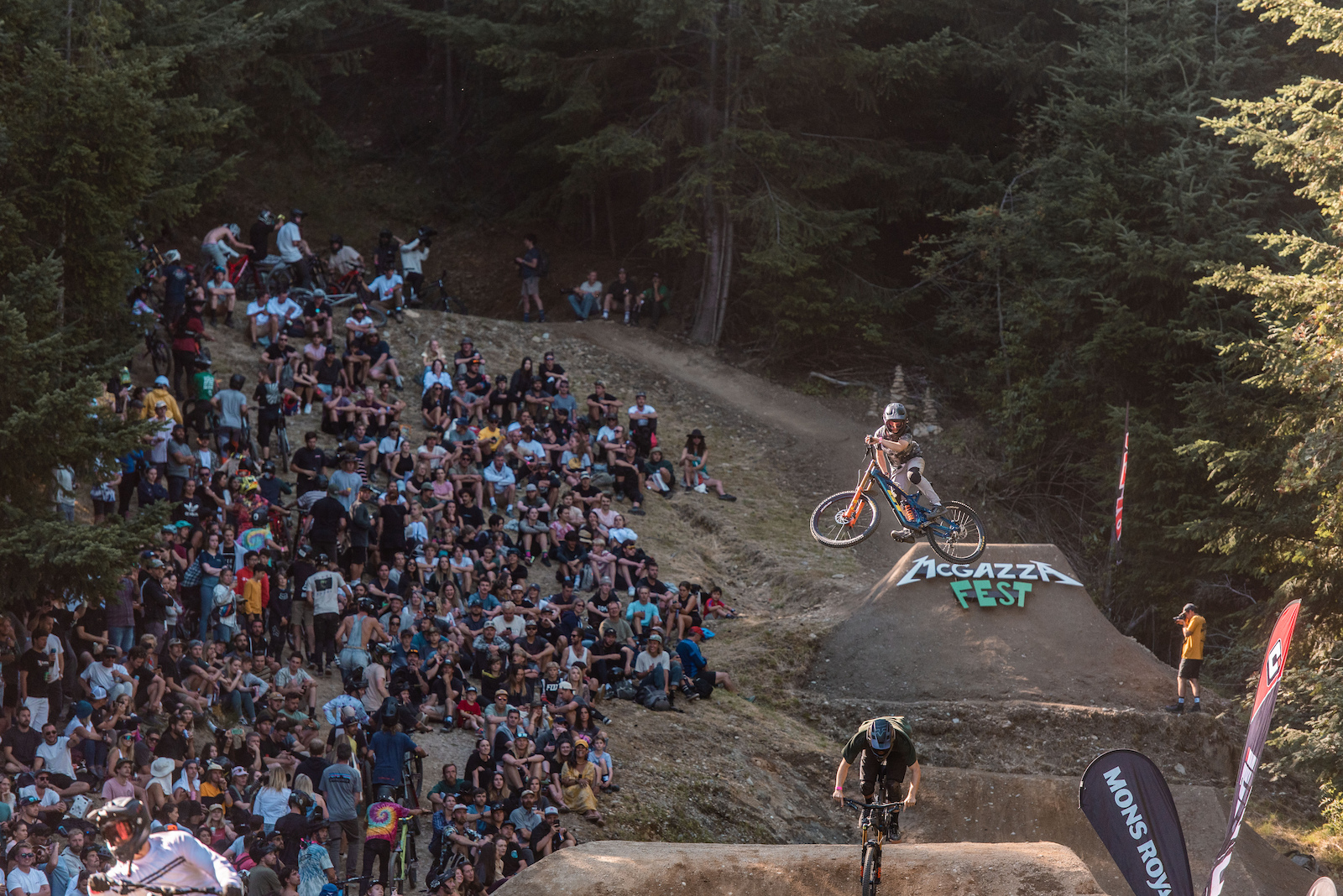 Jess Blewitt throwing it sideways for the crowd. 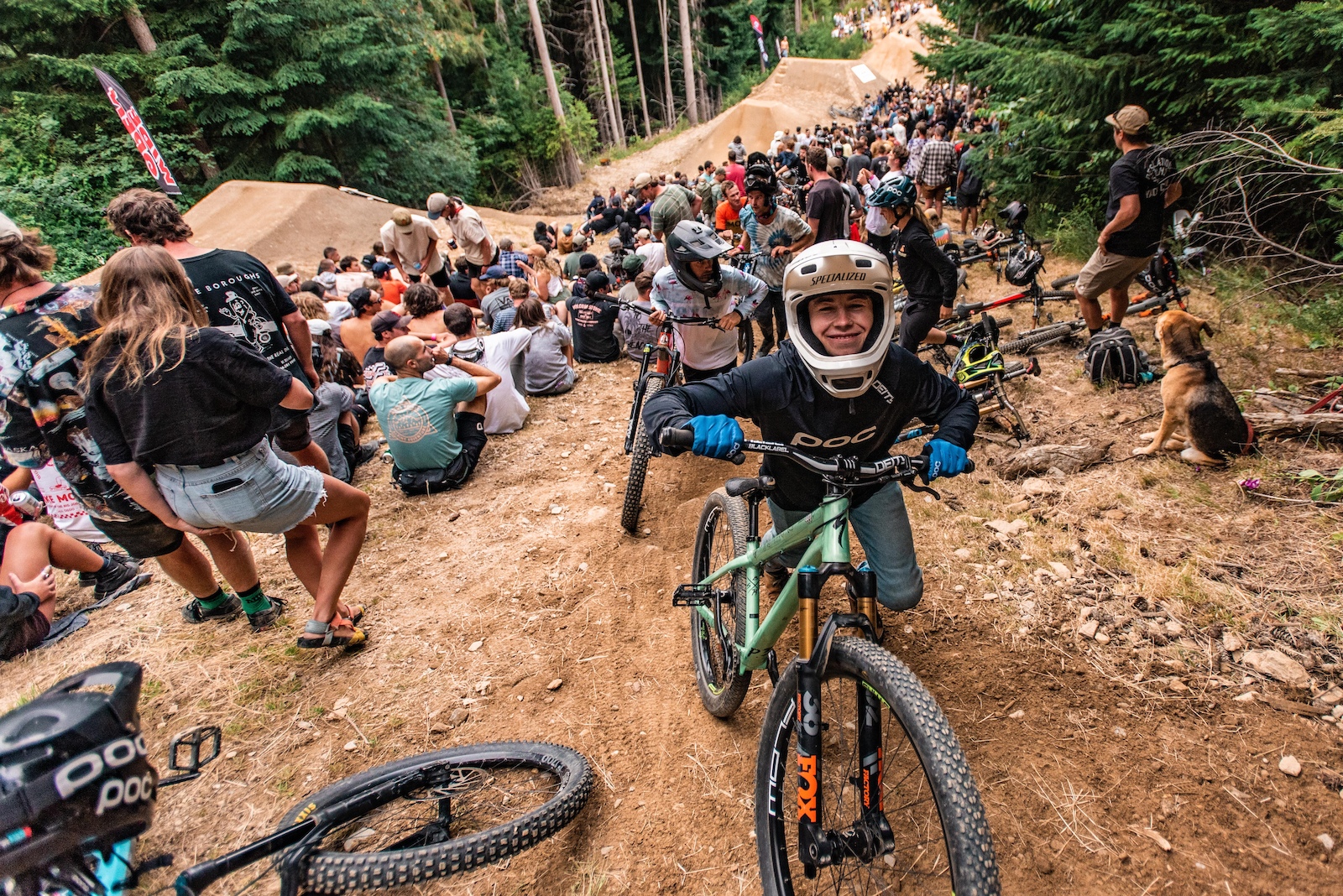 Matt Begg was one of the only riders tackling the jumps on a hardtail. This is pretty impressive considering some of the hits are 50 foot plus. 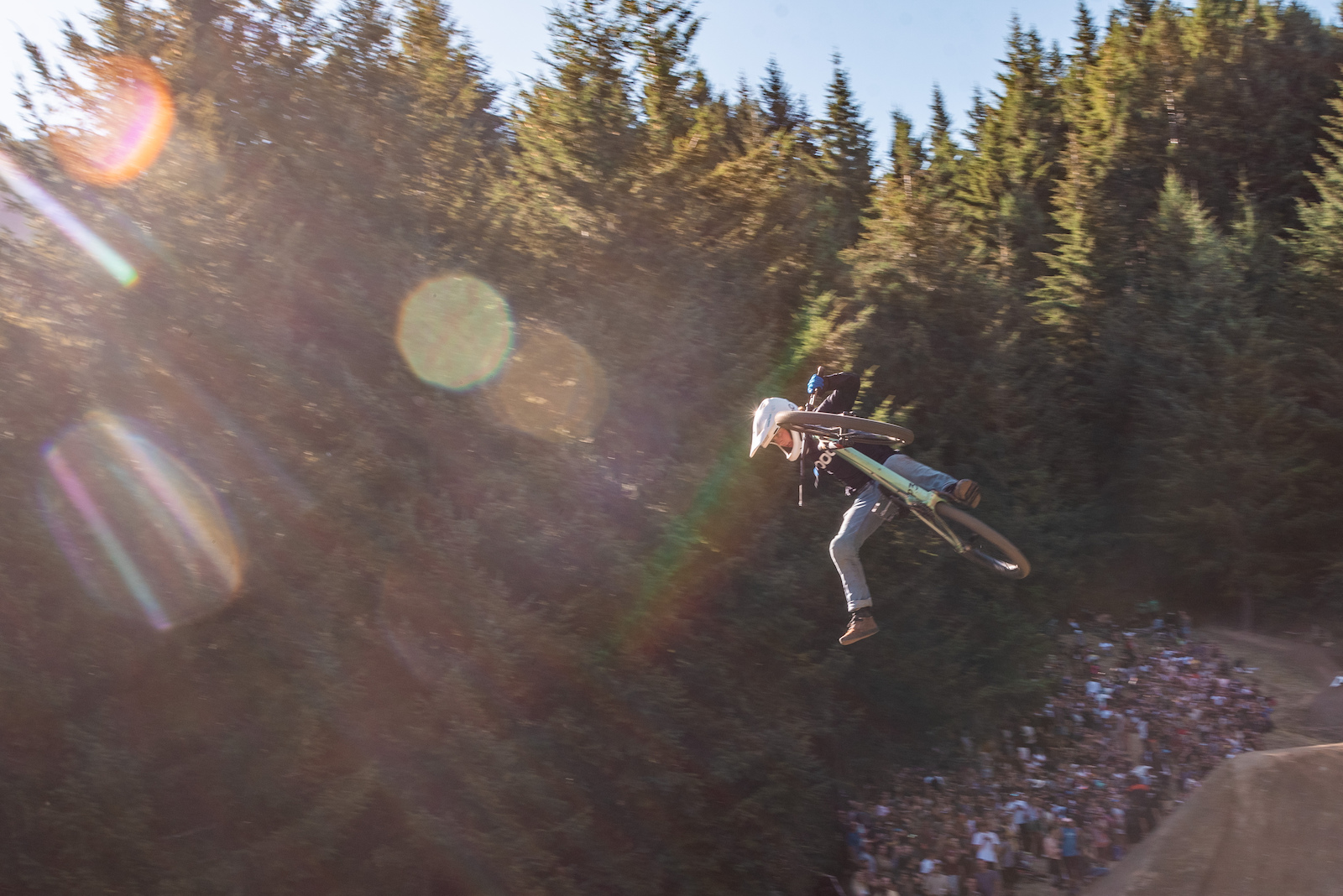 It wasn't showing any signs of holding him back either. 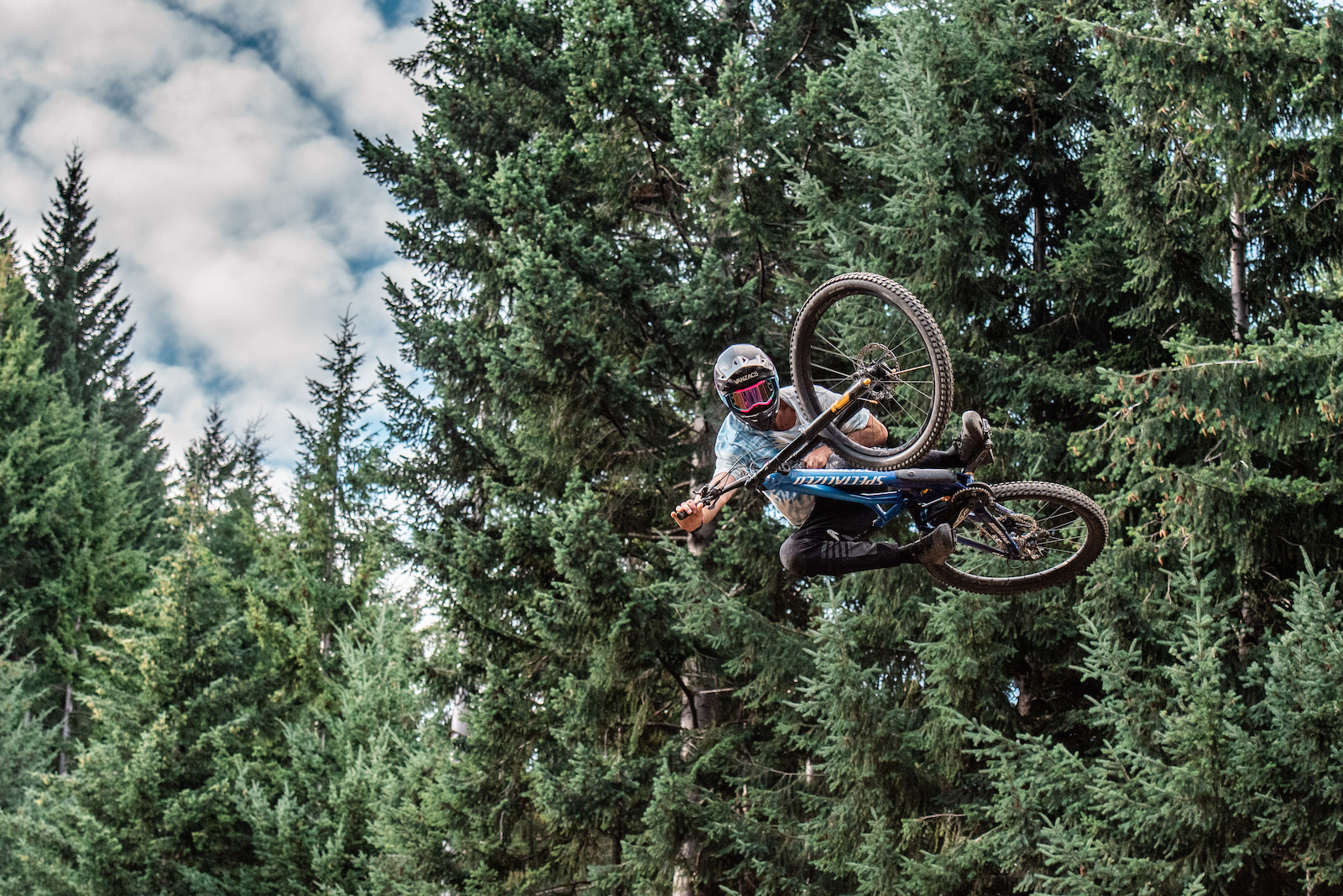 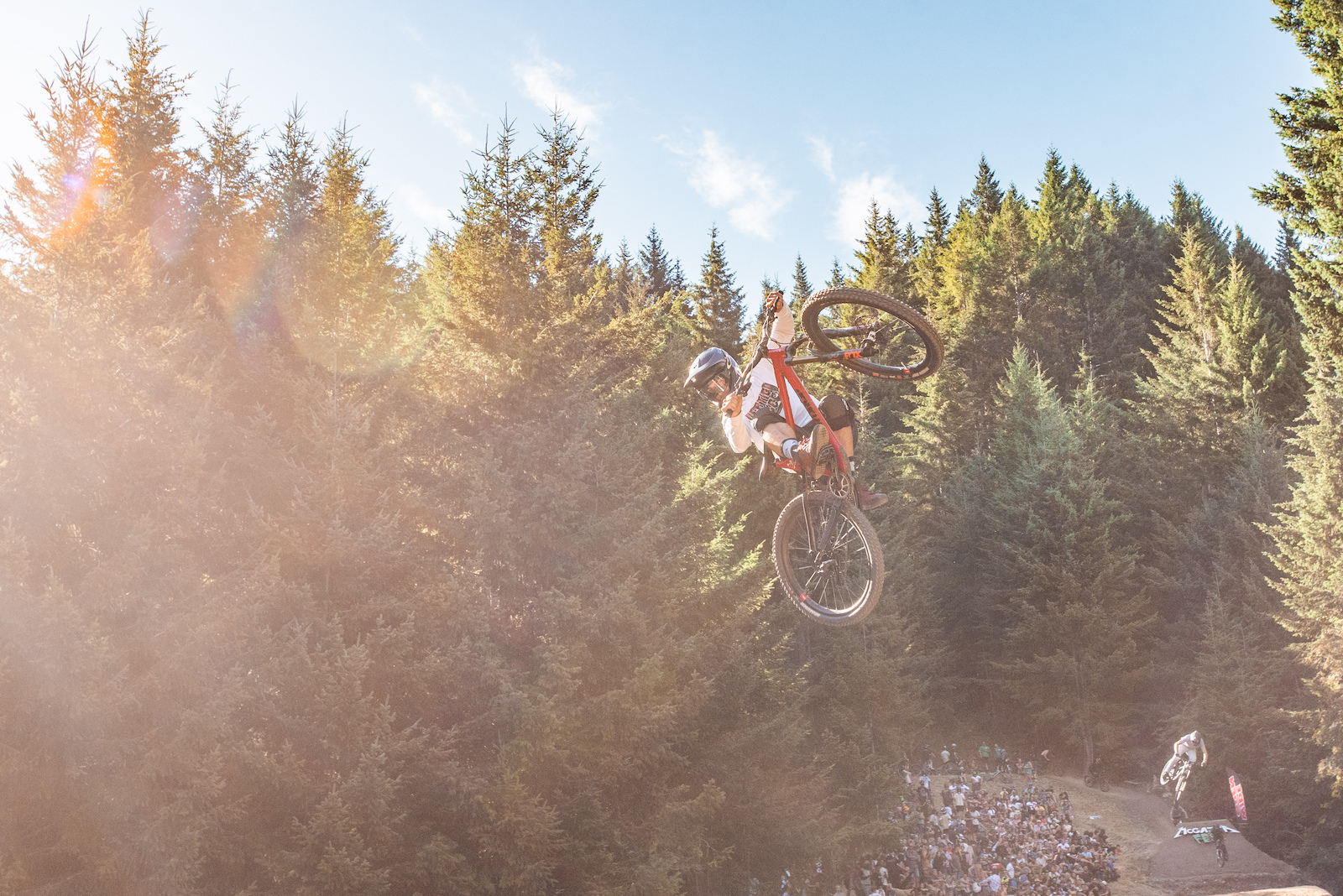 There's no shortage of style in Queenstown 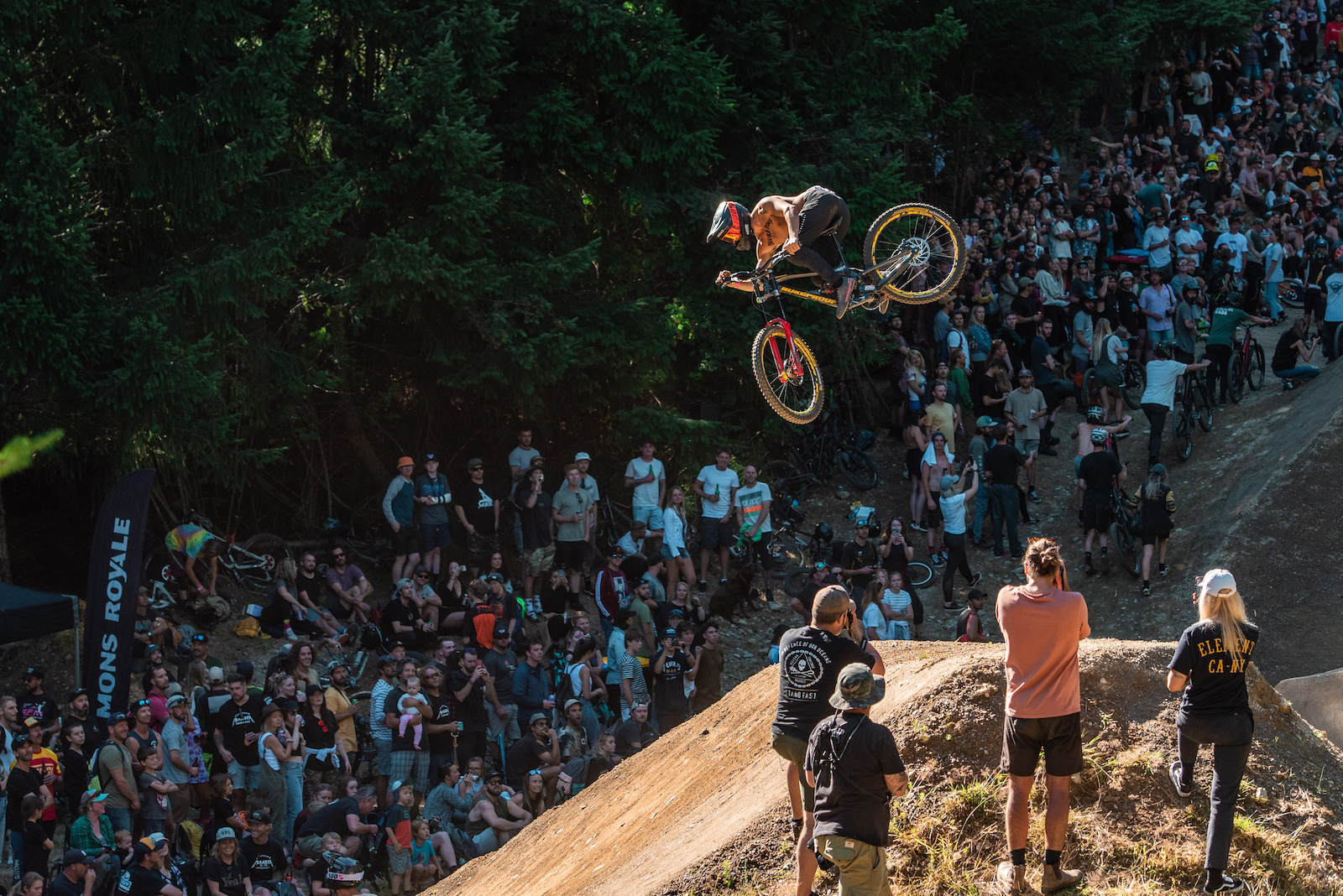 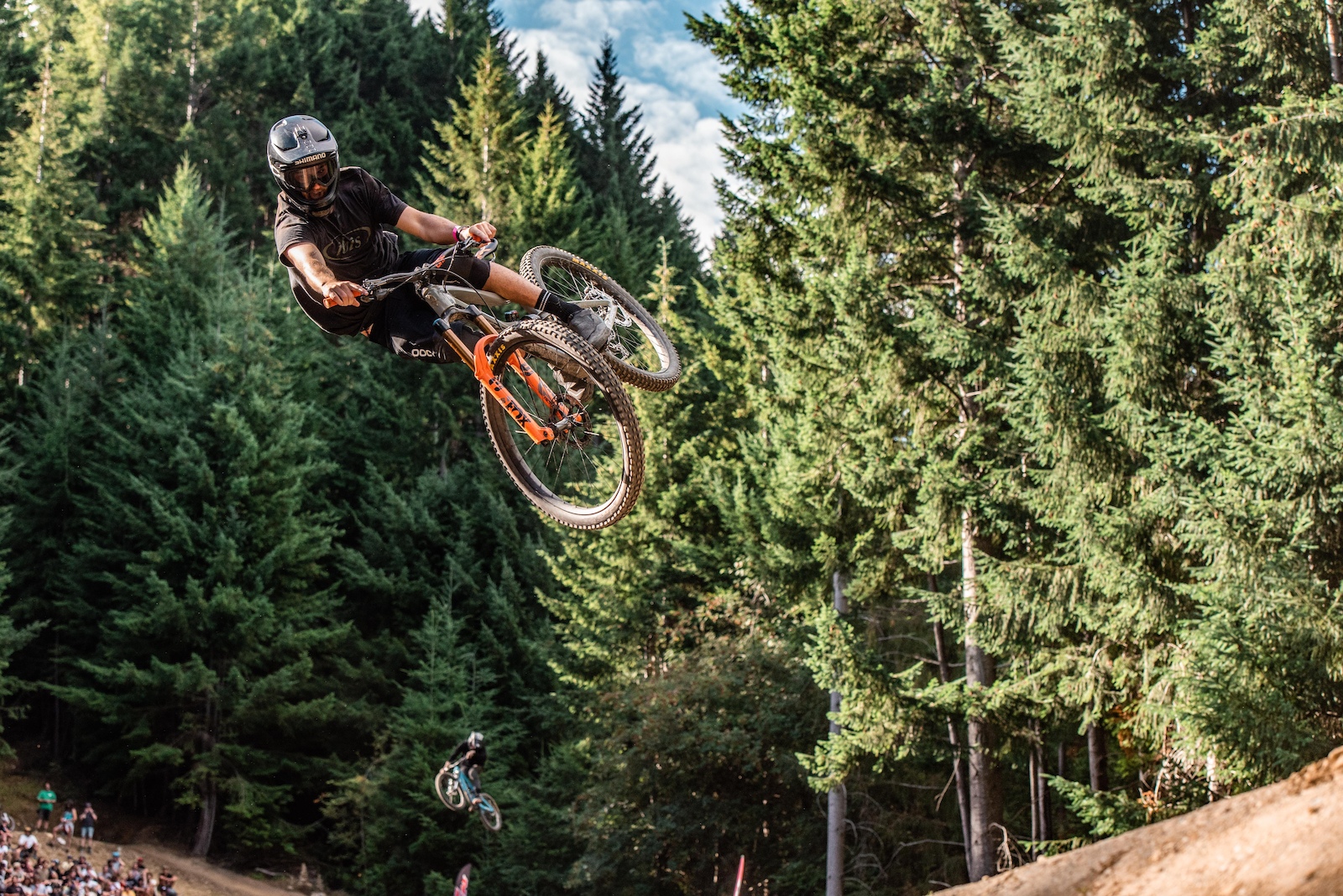 Cole Lucas showing that enduro riders can hang with the freeriders on the bike park jumps. 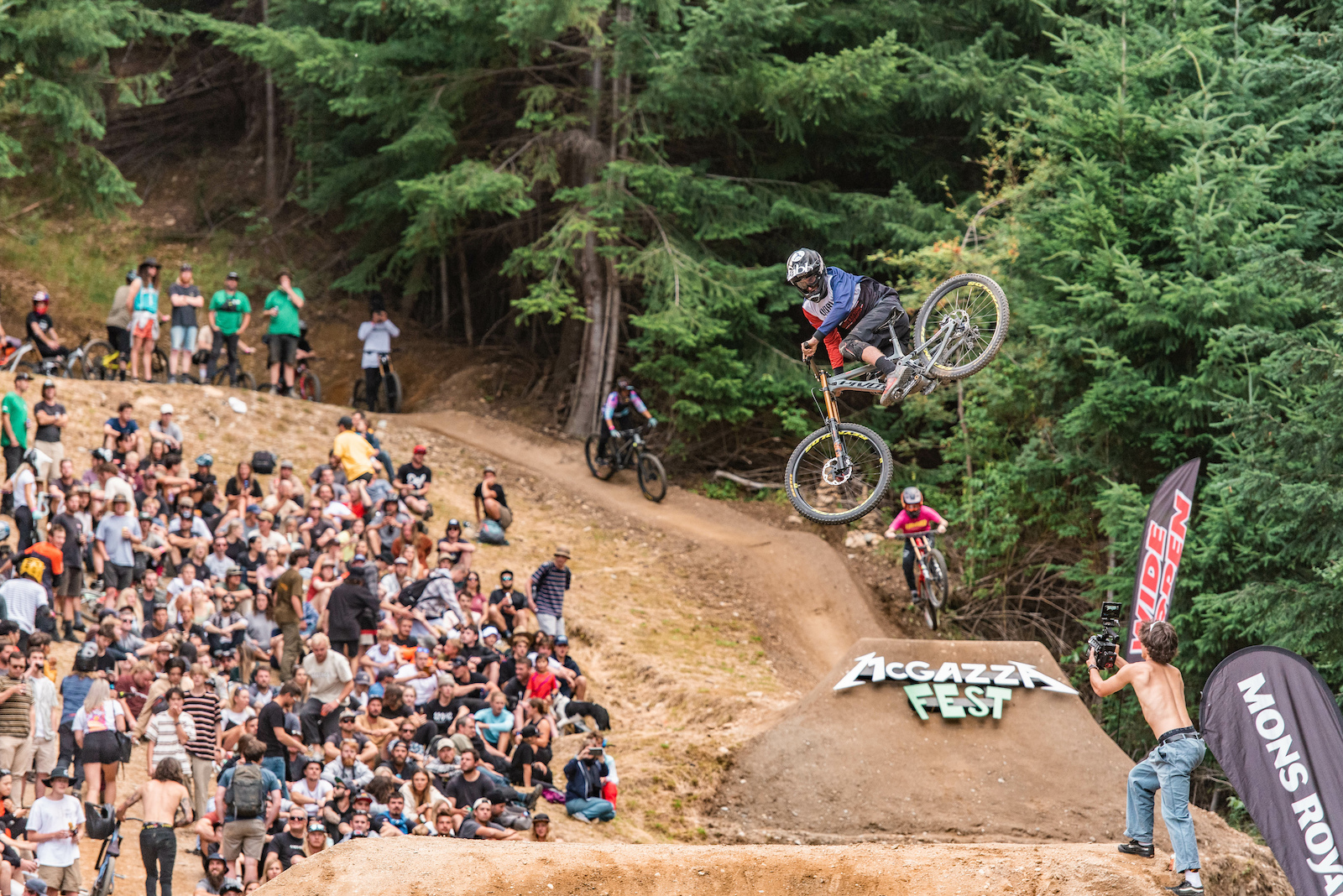 Jonty Vink throwing it past 90° with a huge whip. 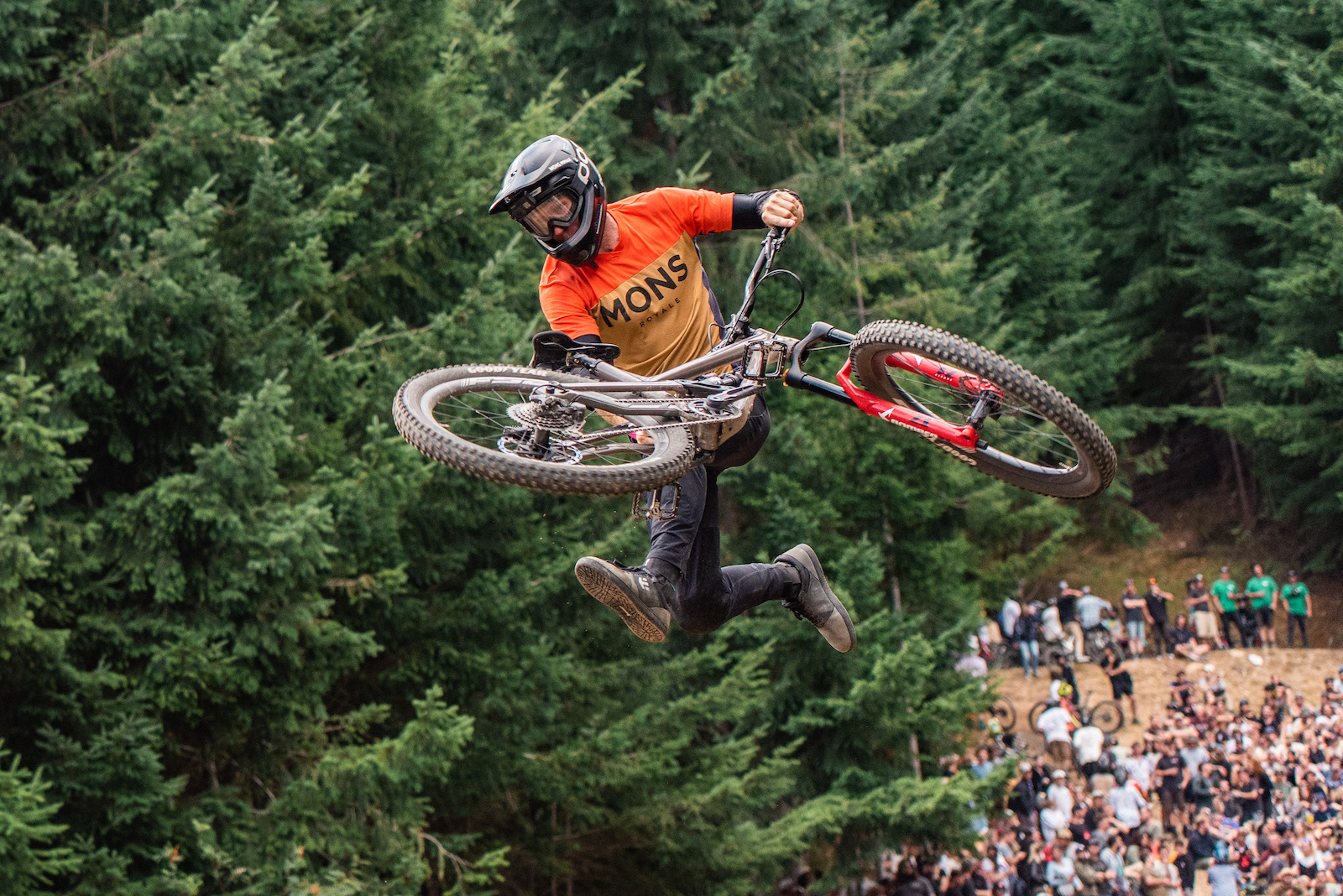 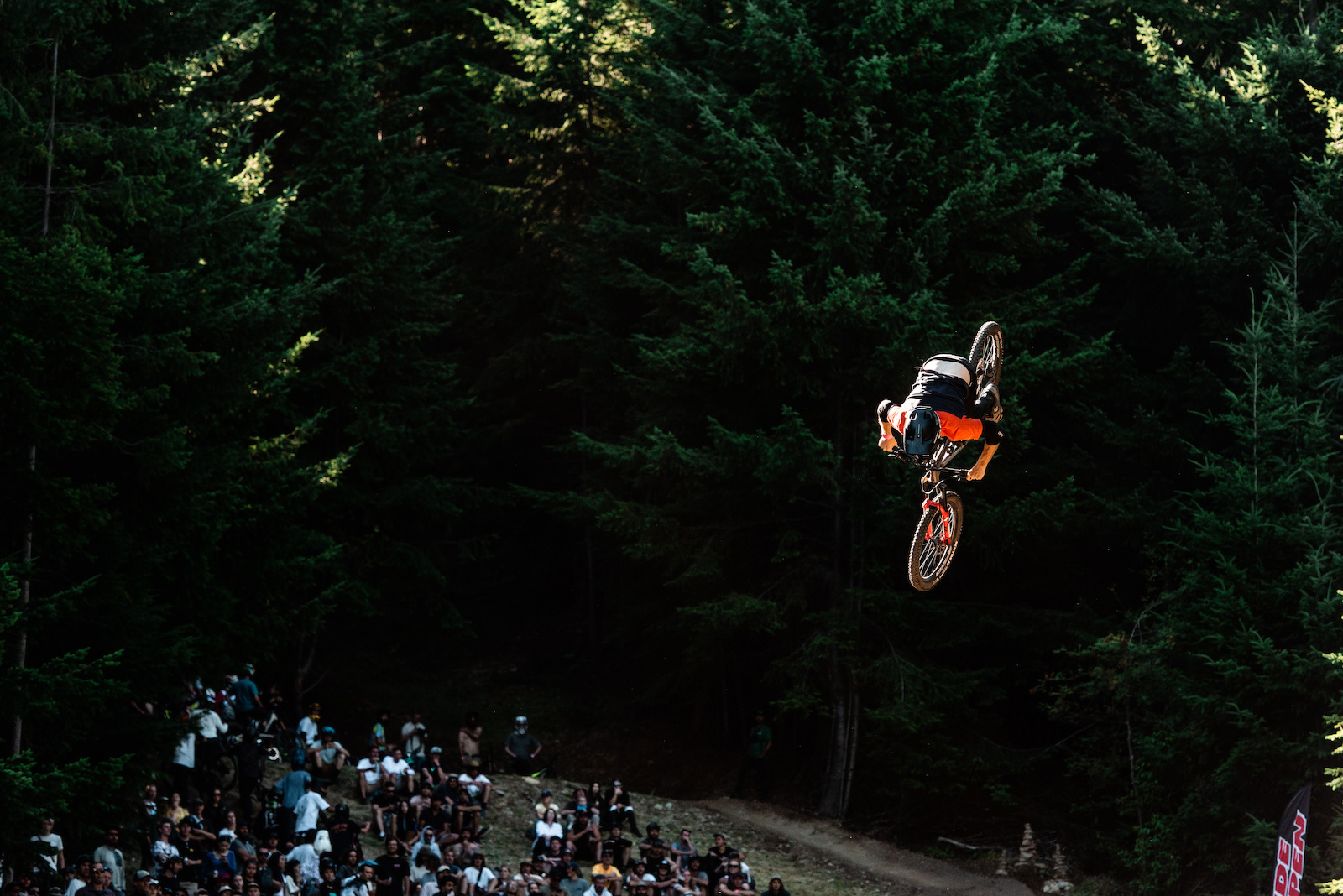 Conor MacFarlane Really is the master of these jumps 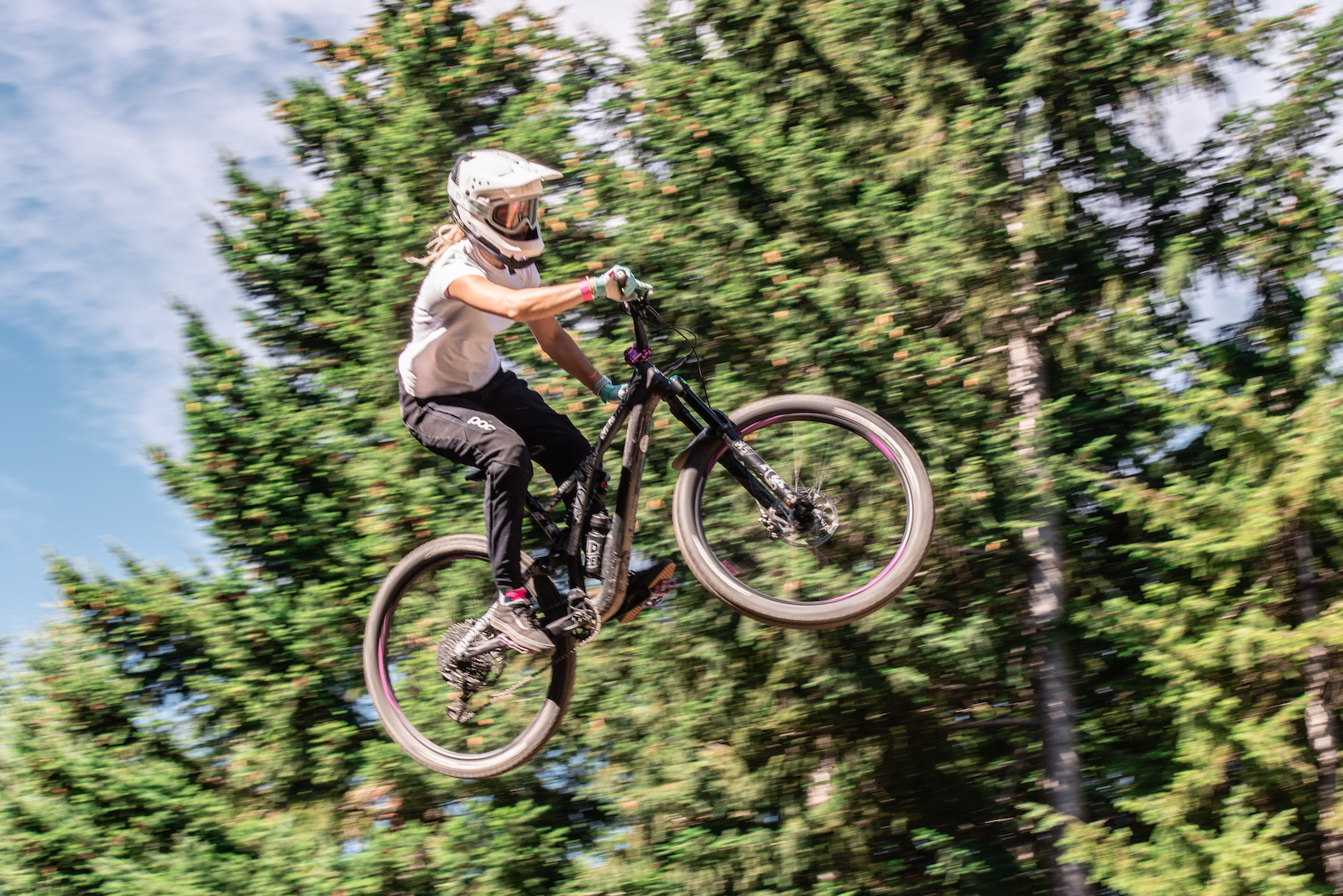 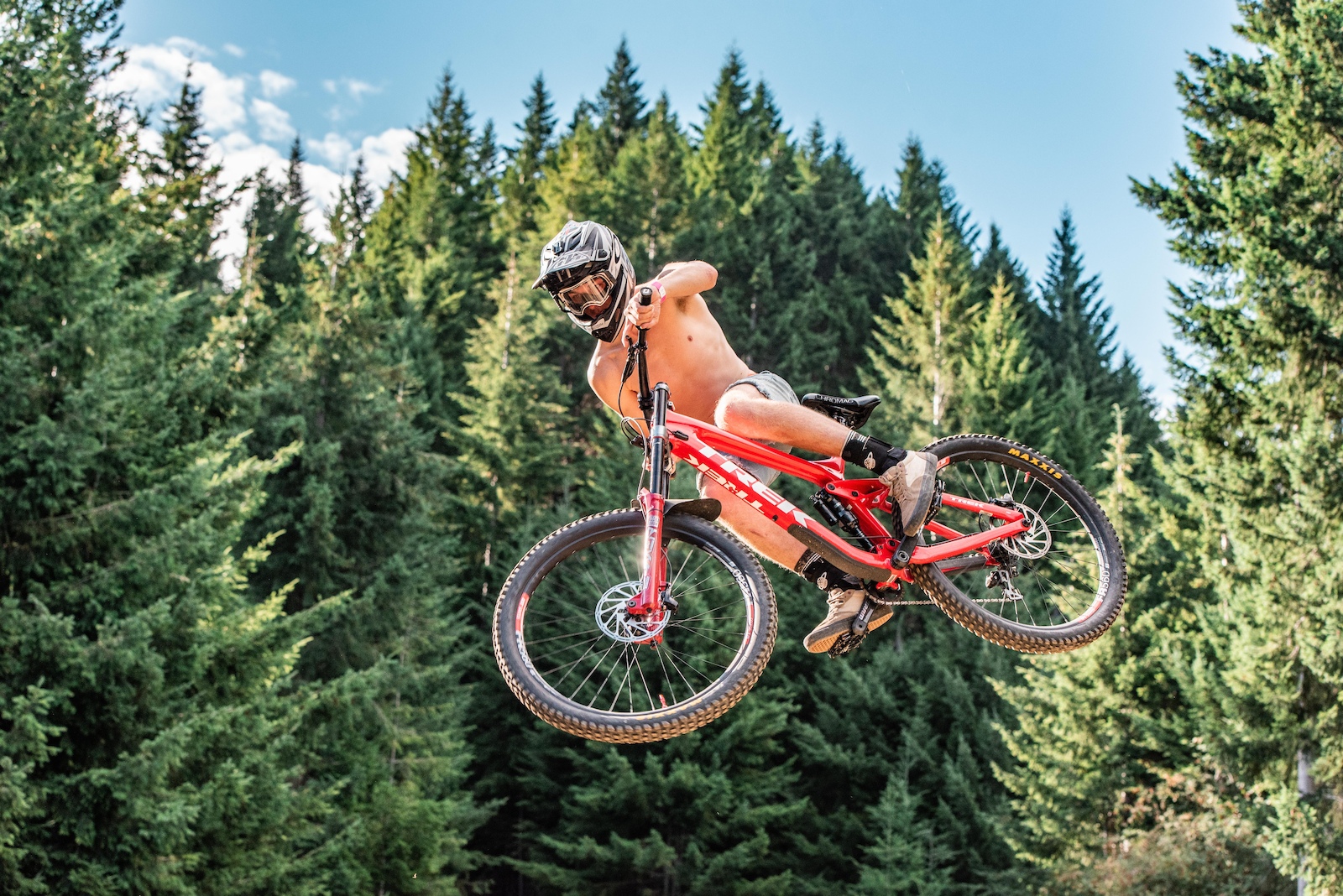 Calum Booth was rocking the jorts all afternoon. 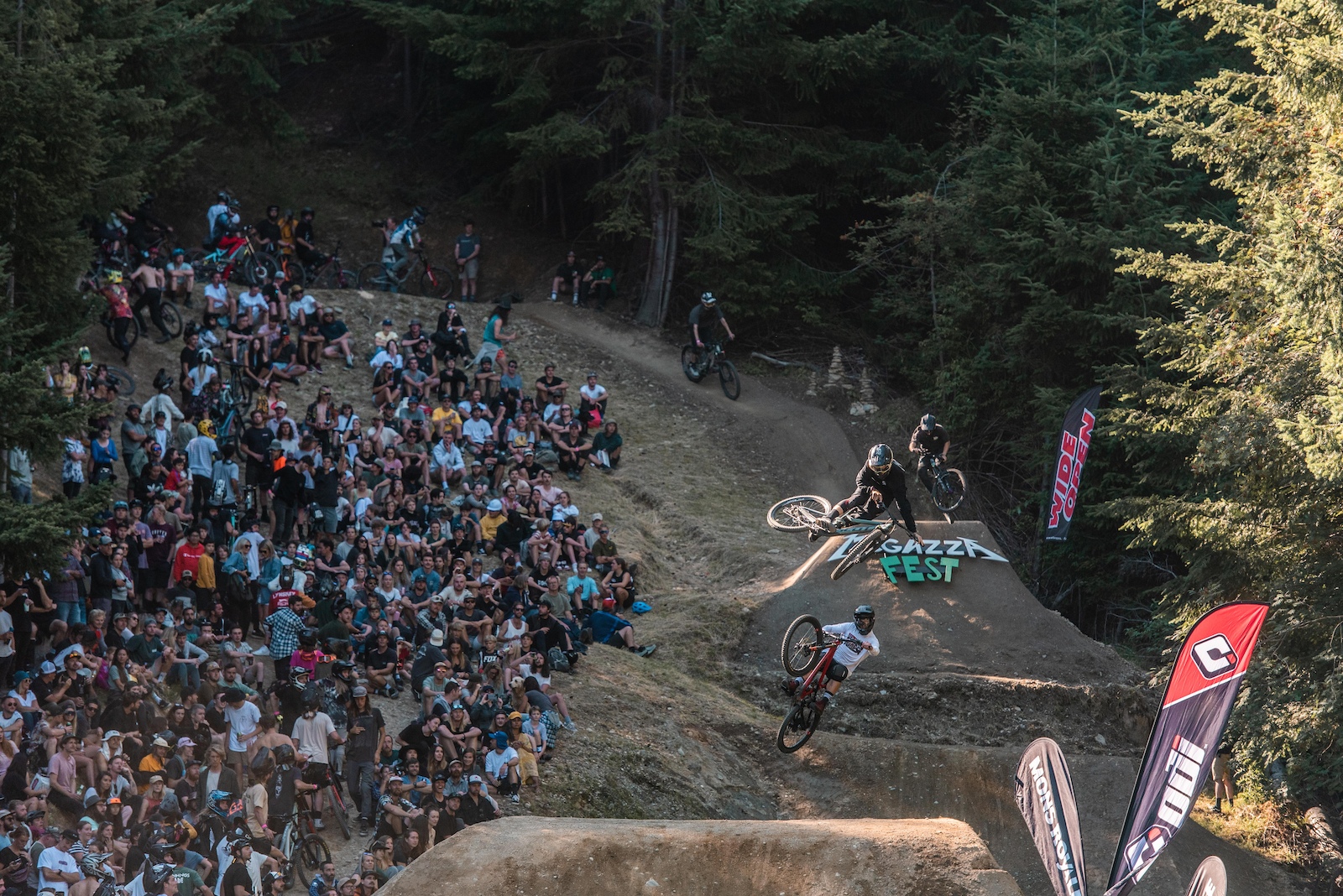 The trains continued late into the evening to celebrate the life of a legend. Ride in peace Kelly.

steezer (Feb 2, 2021 at 4:55)
It's kind of rubbing it in with NZ living a normal life over there- FFS we need get our sh*t together UK so we can also enjoy it! RIP McGazza BTW

skibumbob (Feb 2, 2021 at 8:51)
I will never forget way back in about 1997 at the Nelson BMX track you learning your first one-handers, no-handers, etc. You were rocking your Mongoose and a huge smile! A great memory for me was during a BMX race meeting we held a dirt jump contest on the tabletop on the first straight. You landed the jump but pedaled hard into the first berm, launched yourself straight over the back of it going huge! If I remember correctly you ditched your bike mid-air and landed in bushes or possibly in the water as the tide was in. I don't think you ever lost that 'just ride for the fun of it' attitude that you brought with you to the track every day and I'm sure that is why you are remembered so fondly by all those that had the pleasure to meet you. RIP Kelly.

fristafrista (Feb 2, 2021 at 4:34)
i met McGazza in Riva del Garda Bike fest in 2010, i always had good memories of this guy.. props for the the Kelly McGarry Foundation that make cool events like this to remind a good person like Kelly!

EmmersonWilken (Feb 3, 2021 at 1:26)
Thanks for the article. Great to see an event hosted by a charity (Kelly McGarry Foundation) in conjunction with the Queenstown Mountain Bike Club, also a Charity of volunteers get exposure here, in remembrance of a good mate.
The KMF and QMTBC partner with companies to make it happen, but its really thanks to all the volunteers to make the event a success. #McGazzaForever #foreveralegend