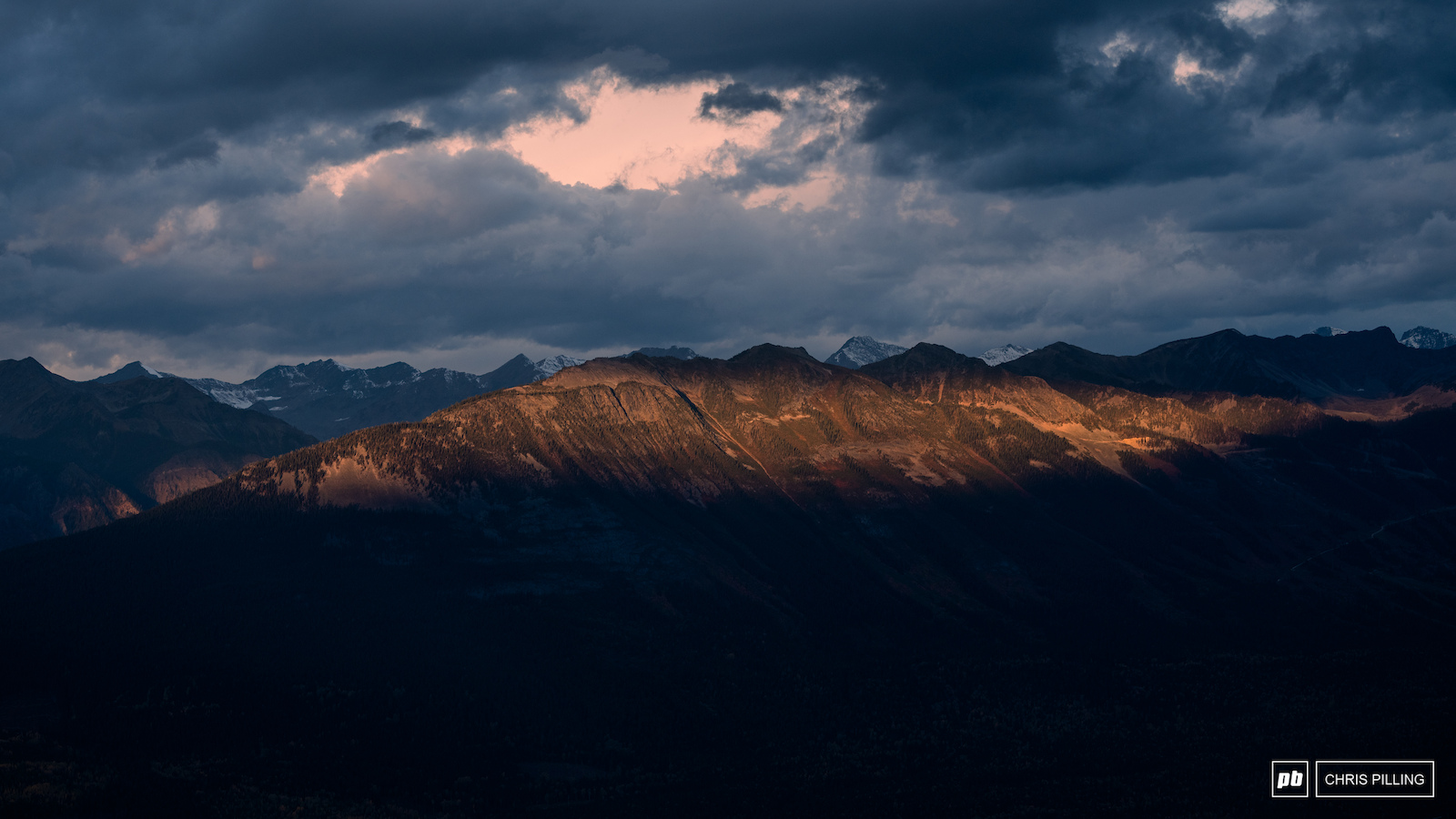 THE KIDS ARE ALRIGHT
Words & Photography // Chris Pilling & Clint Trahan
Psychosis returns for its 12th iteration (the second under Crankworx). Last year we saw a new record set for the course by Henry Fitzgerald, a record that still stands today. But a common theme emerging is the up and coming youth of the sport are making a massive impact on the Psychosis racecourse. Lauren Dudar took the third spot, she won a locals wild card to participate in the race. Obviously, it worked out for her. Emmy Lan (17) landed in second behind Casey Brown by less than 3 seconds. Seth Sherlock got his redemption on Psychosis after his bike failed during his race run last year. Standing tall in 2nd place this time around. And the top step today goes to Joe Breeden. The young (21) year old riding for NS bikes UR smashed the competition and finished with a time of 11:37.539. Conditions today were moderately dusty and the famous Dead Dog drop-in was showing signs of weathering from the very wet to insanely hot climate shifts this summer. The top scree slope that everyone knows is nothing compared to what lies beneath the tree line. An average grade of 51% but Trailforks has it listed at over 100% grade in some spots just to give you an idea. 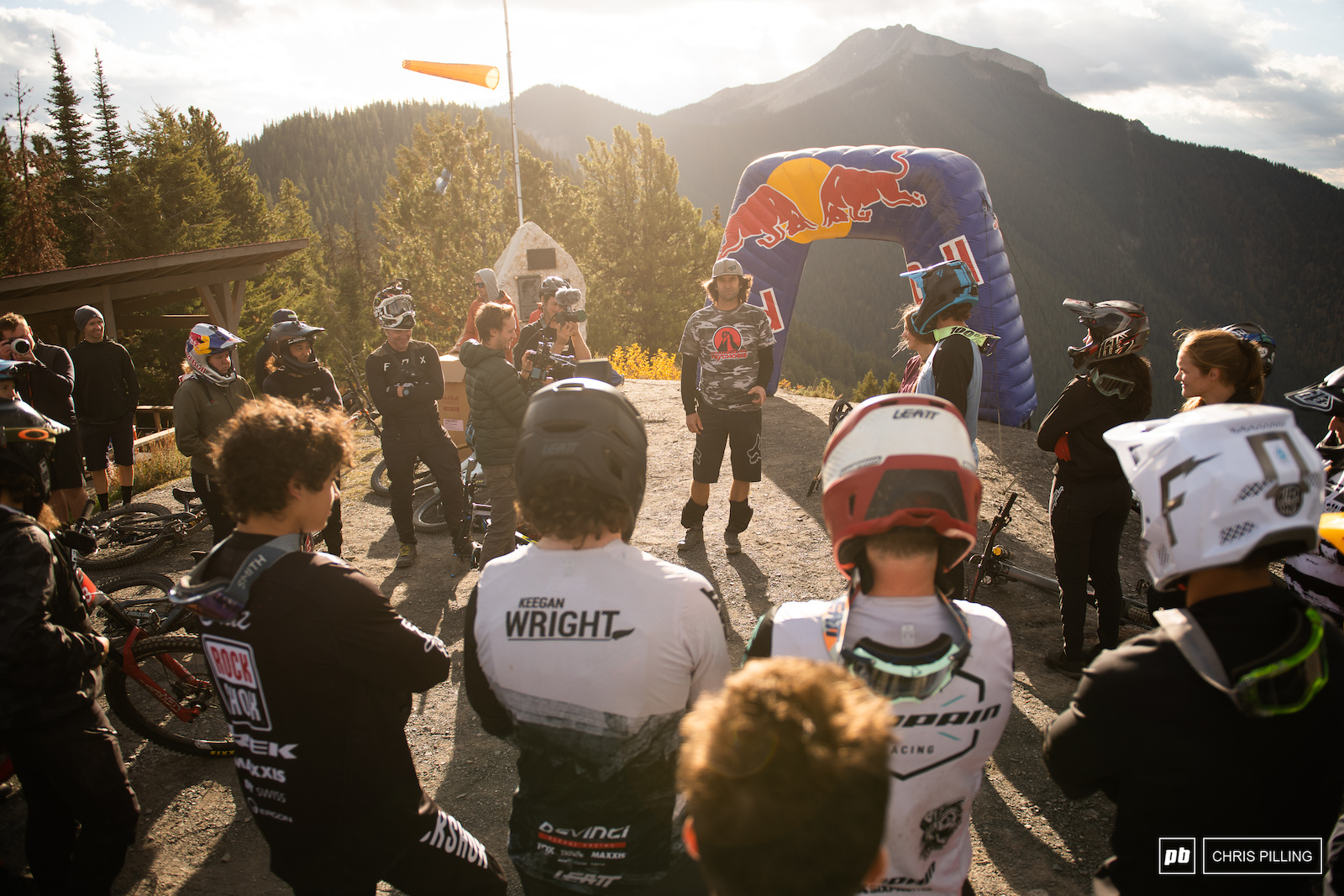 Trevor Gavura from the Golden Cycling Club opens the day with a speech filled with history, words of wisdom, and tails of caution. And a story of a young rider filled with piss and vinegar named Stevie Smith who "had to have a moment to himself" after pedaling into and not respecting, Dead Dog on his first lap. 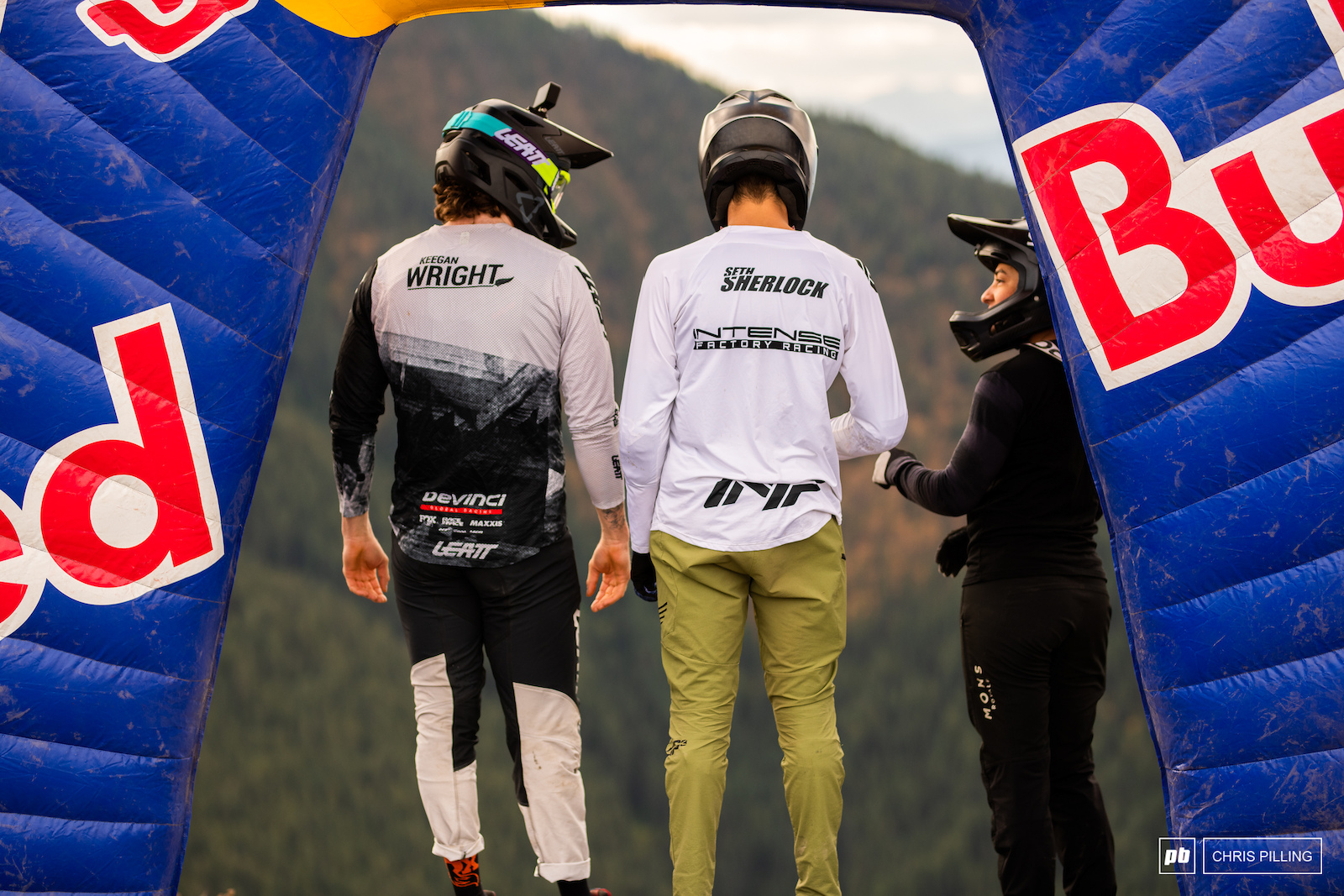 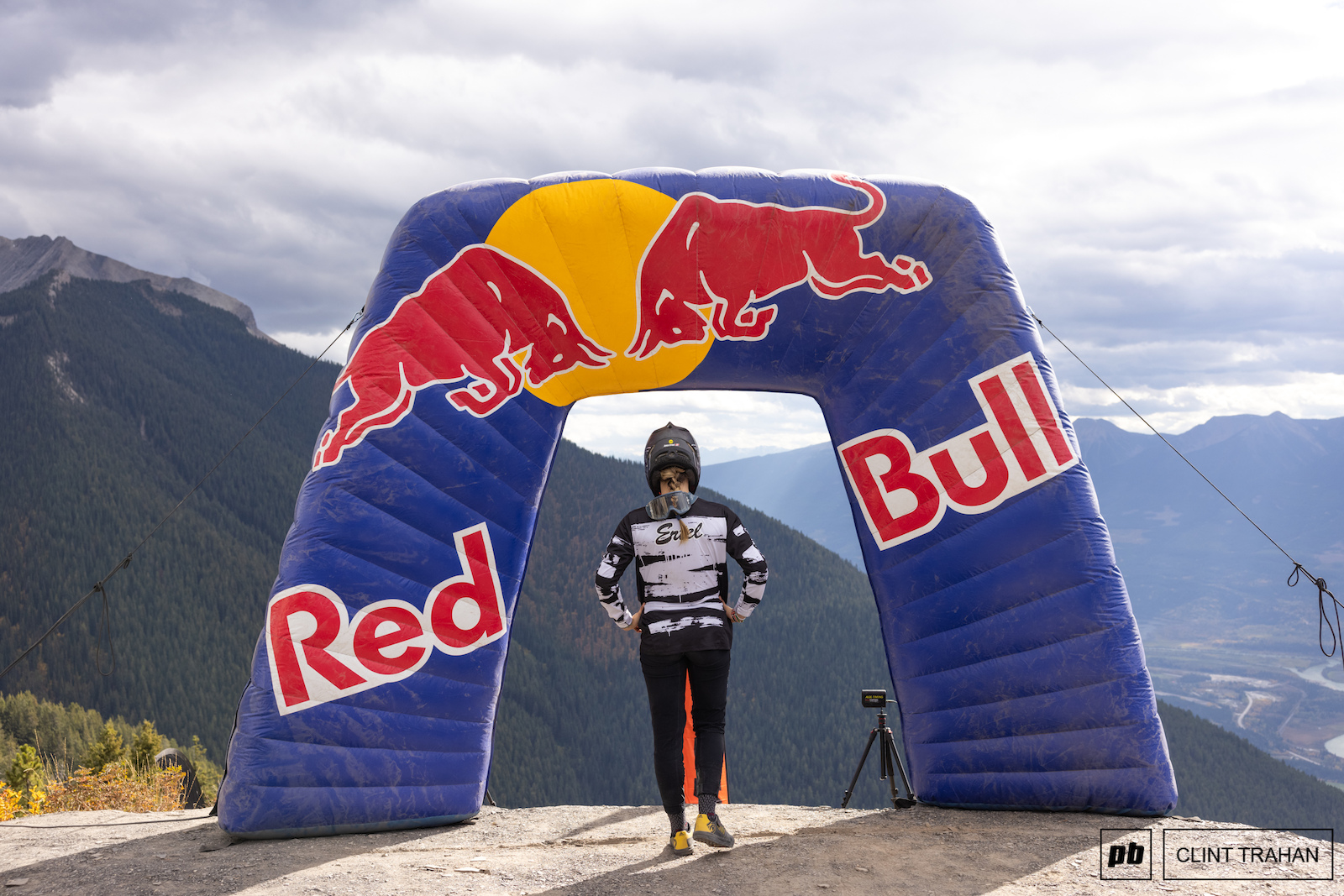 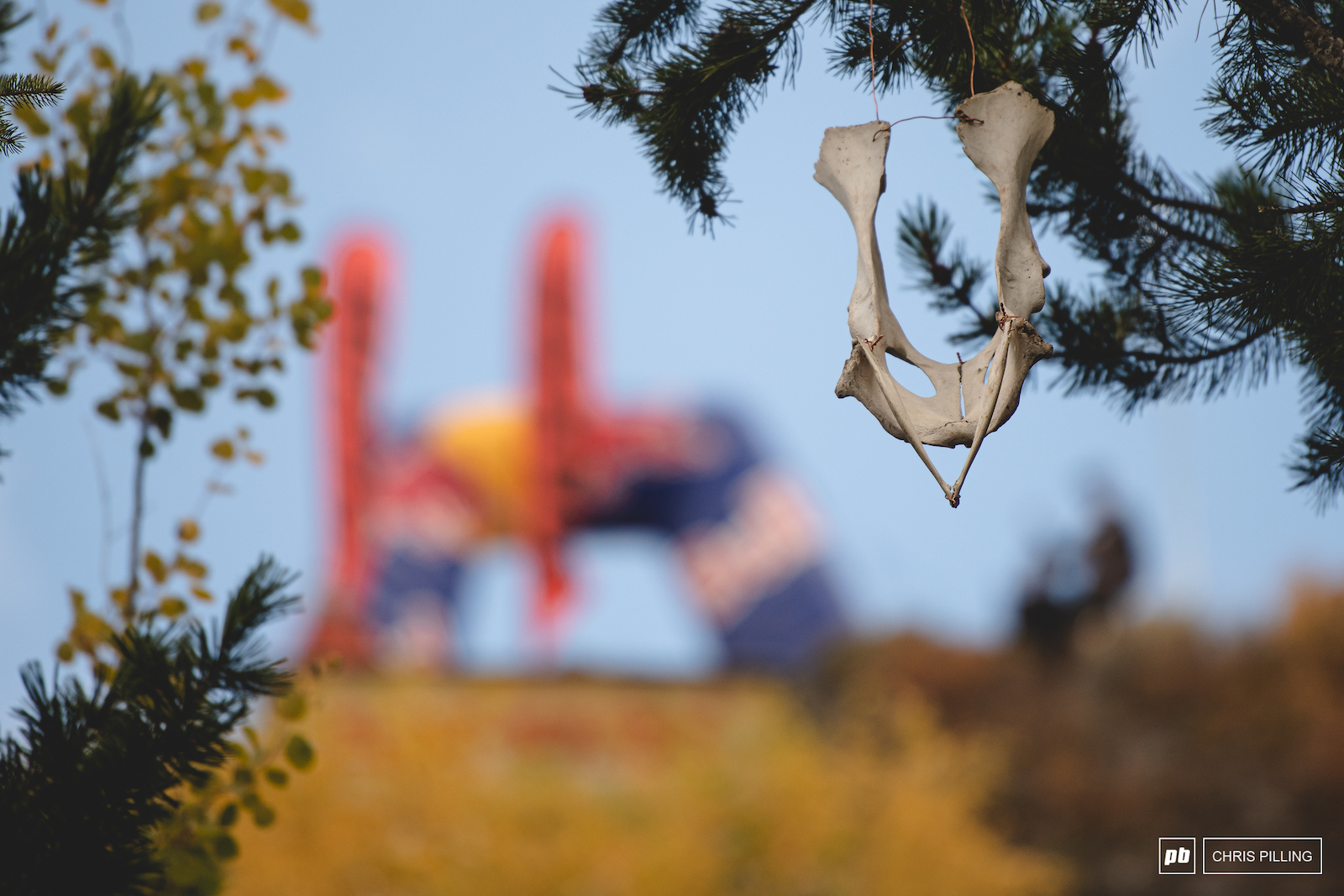 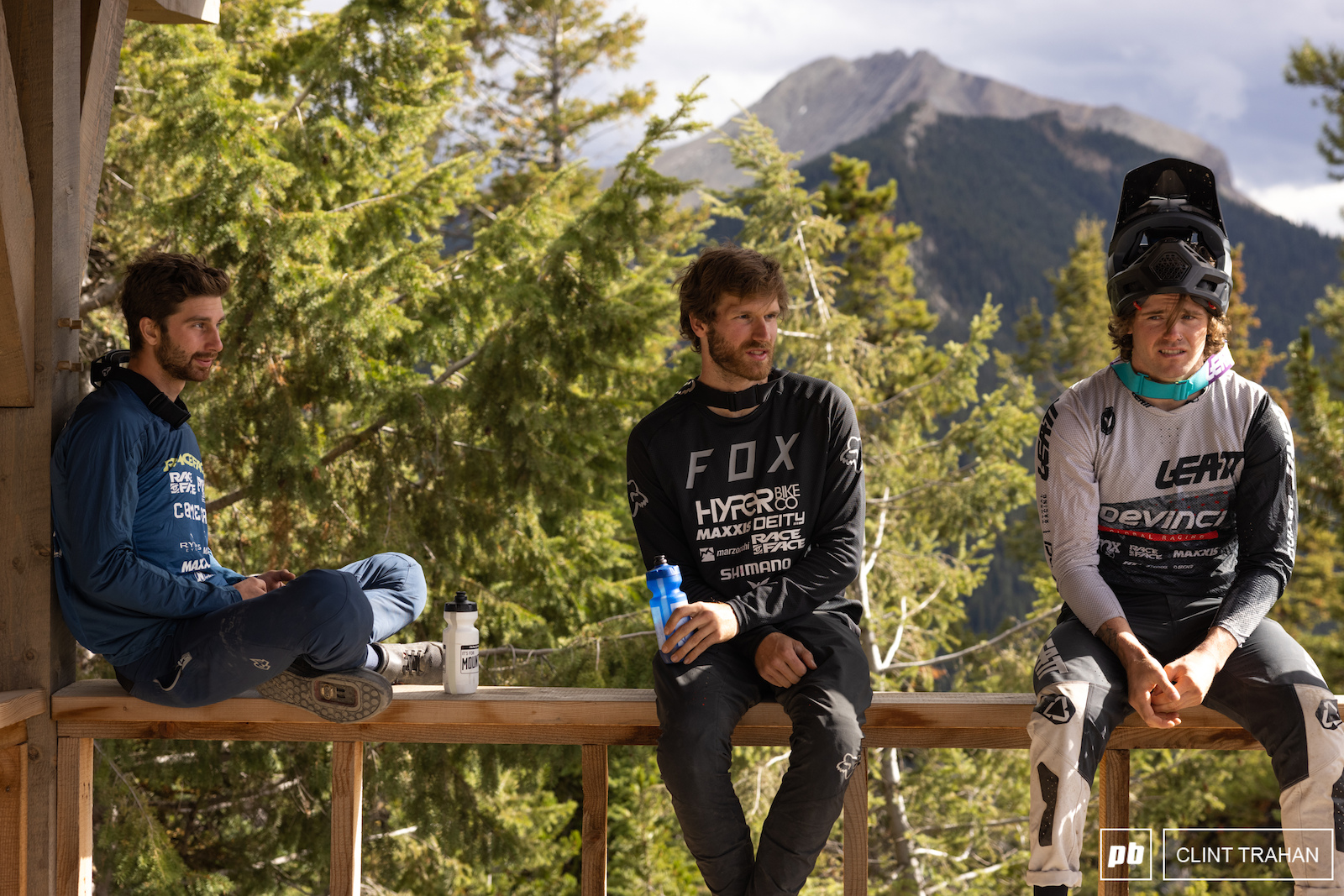 Forrest, Keegan, and Bas try to find solitude before their race run 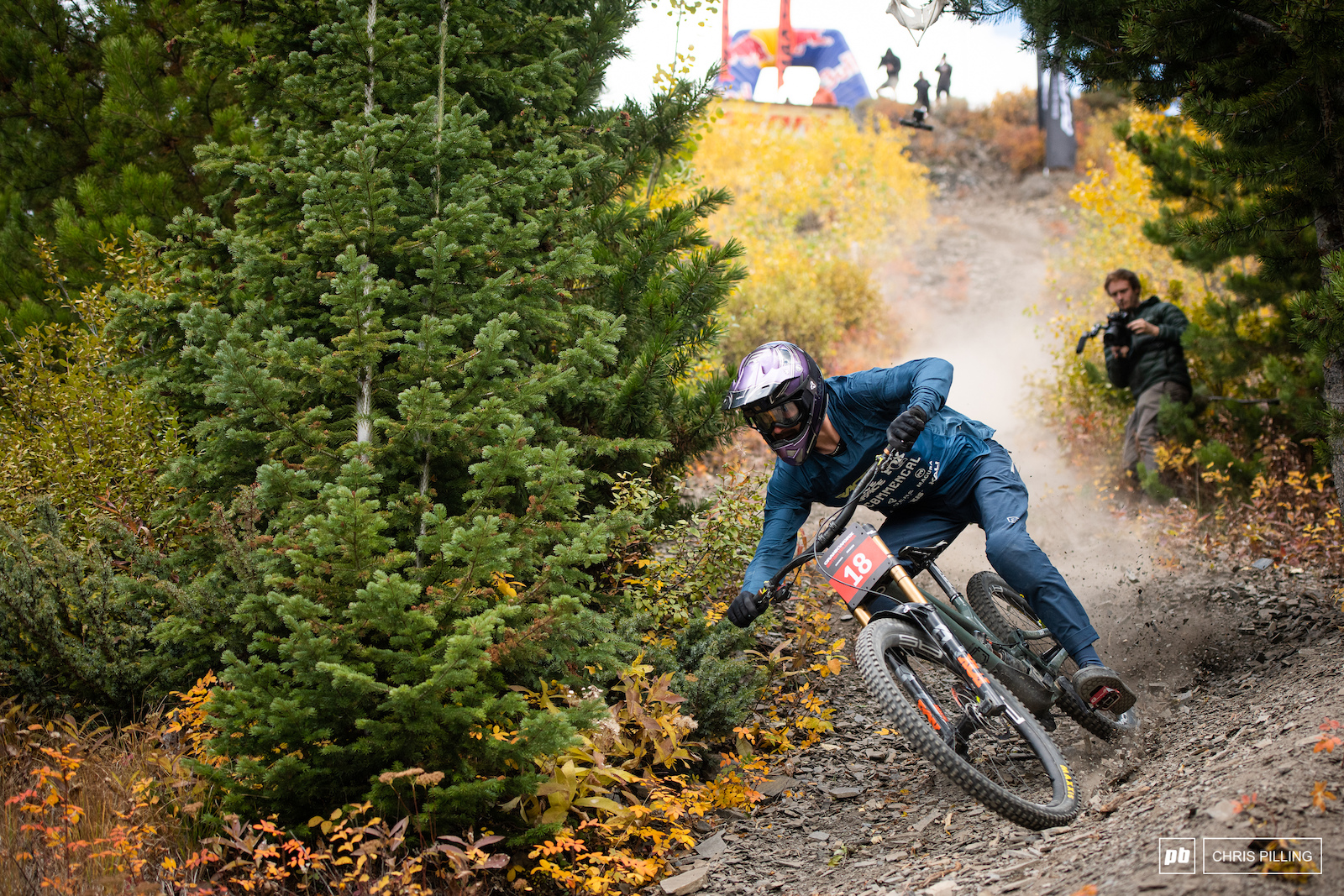 Forrest off to a spicy start 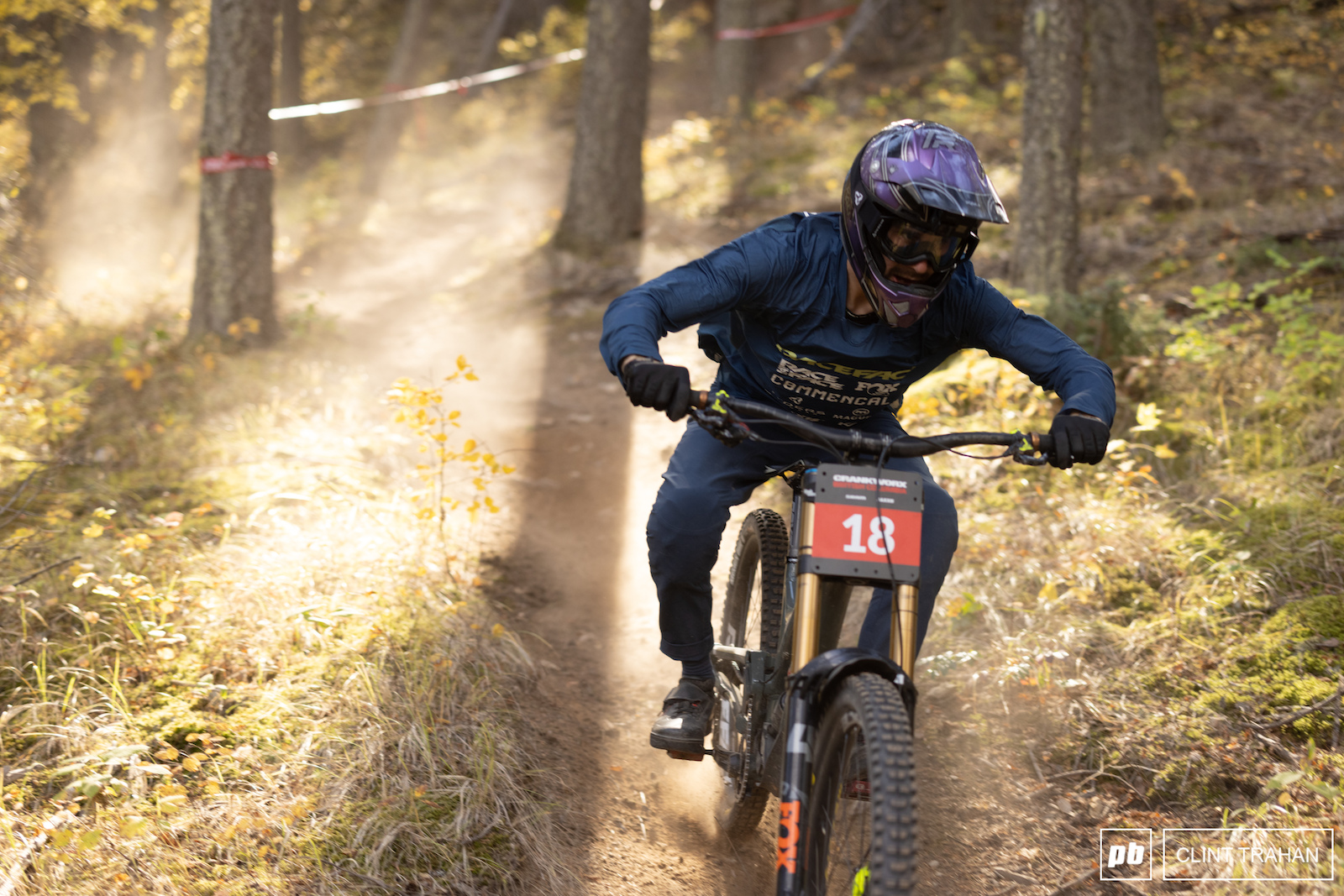 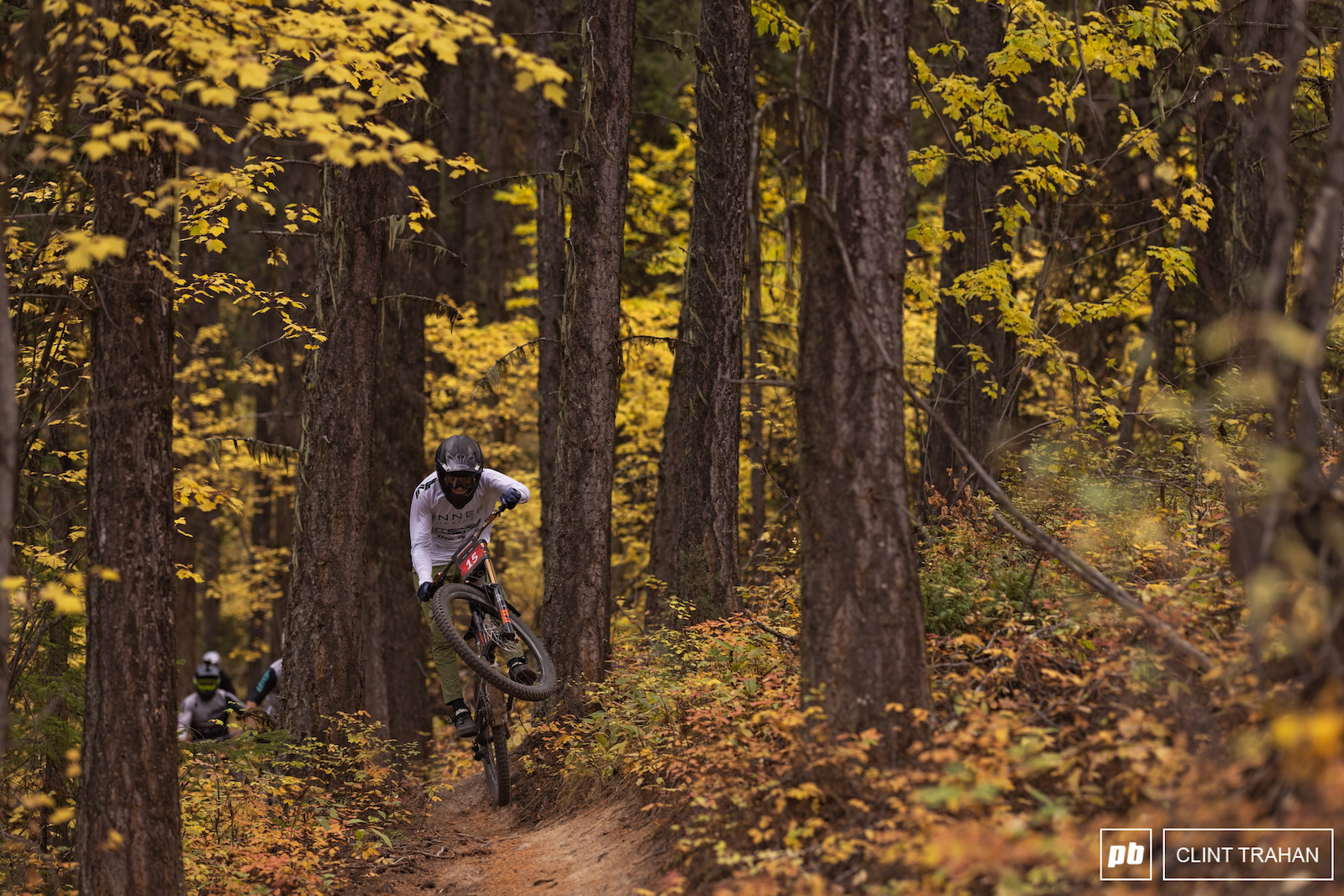 Seth popping through the forest during practice 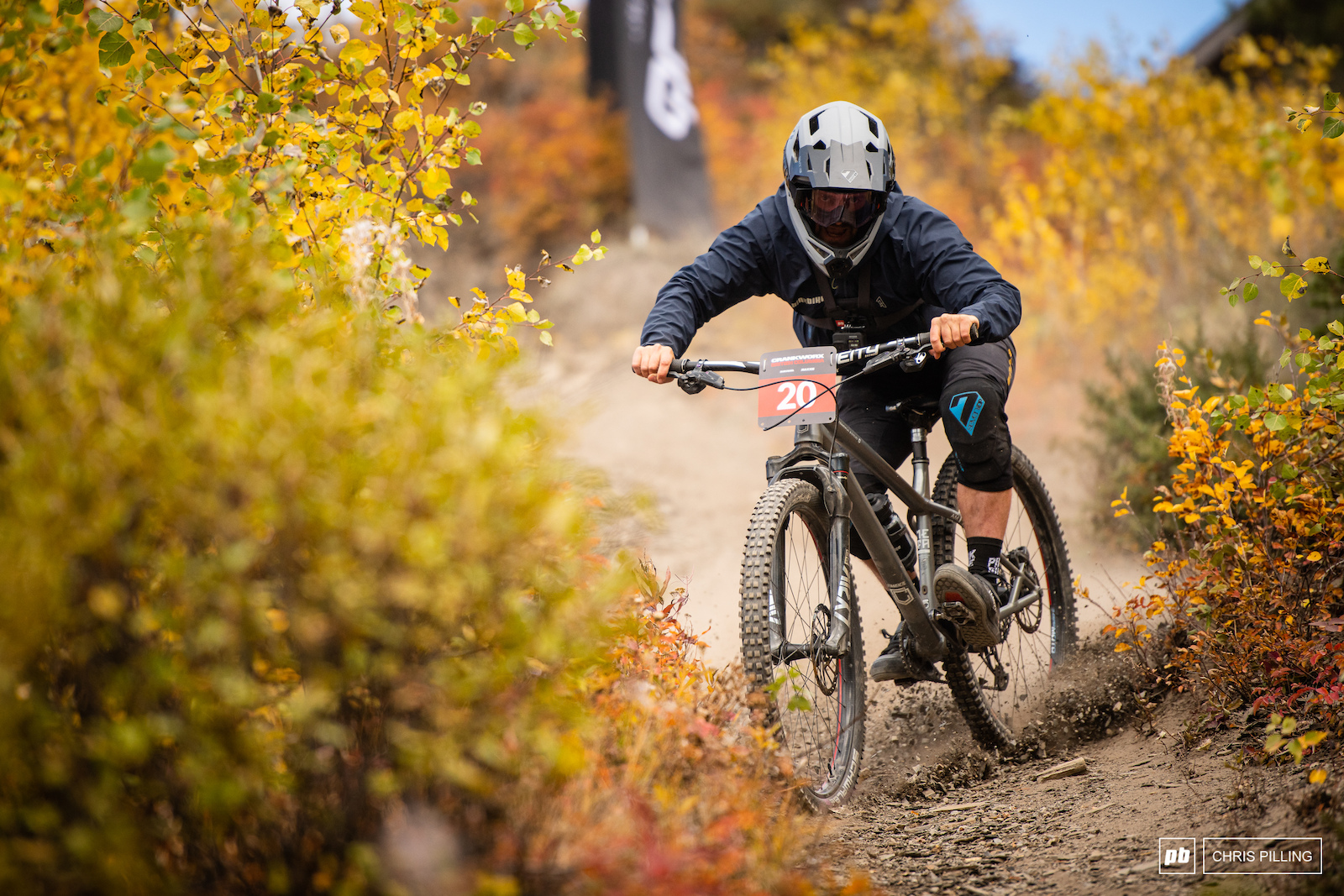 Pinkbike's own Tom Bradshaw took on the beast on his hardtail. This guy doesn't know what type 1 fun is. 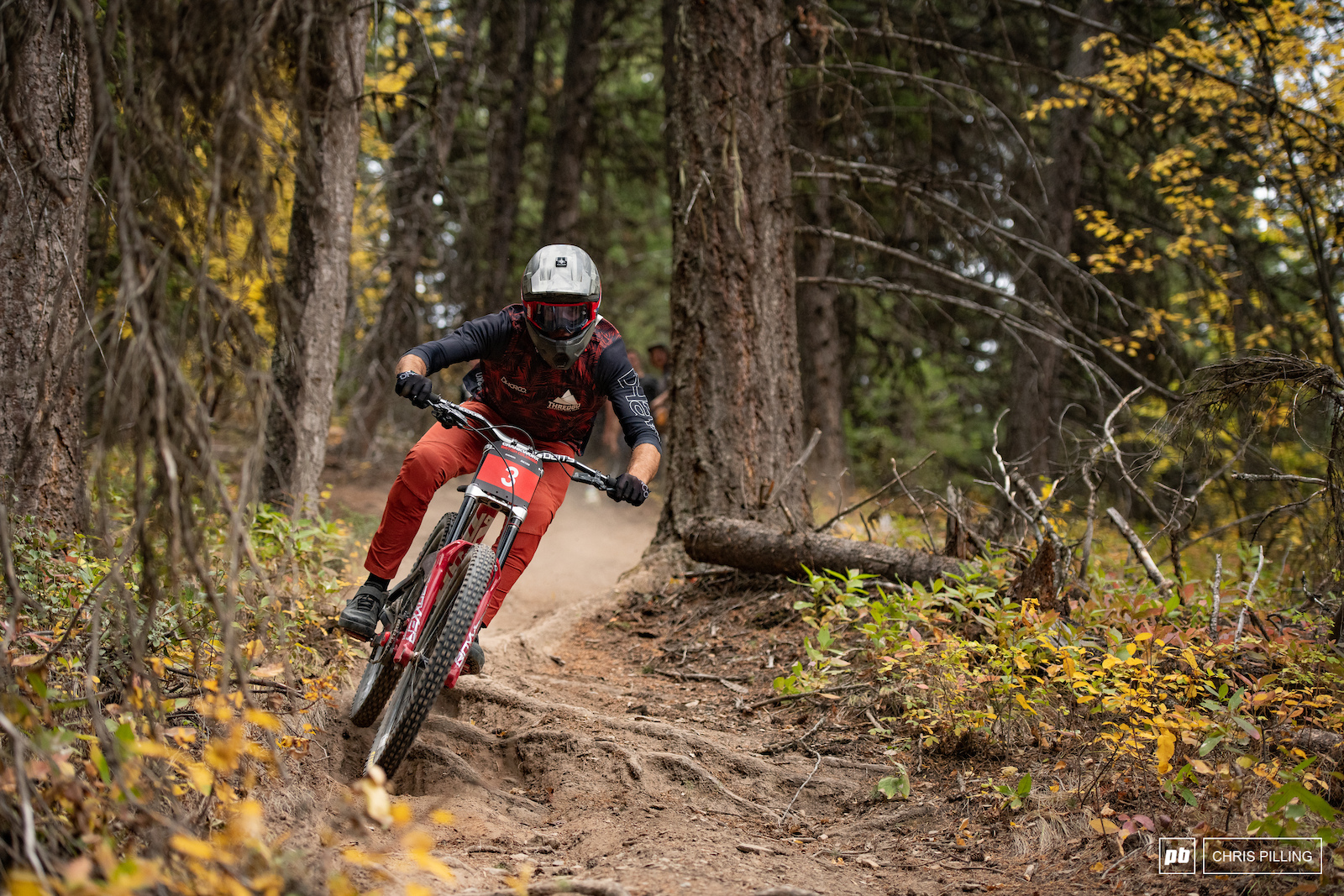 Jackson Frew hot off a win in Sun Peaks made a strong push for the podium, falling just off the pace of the top 3 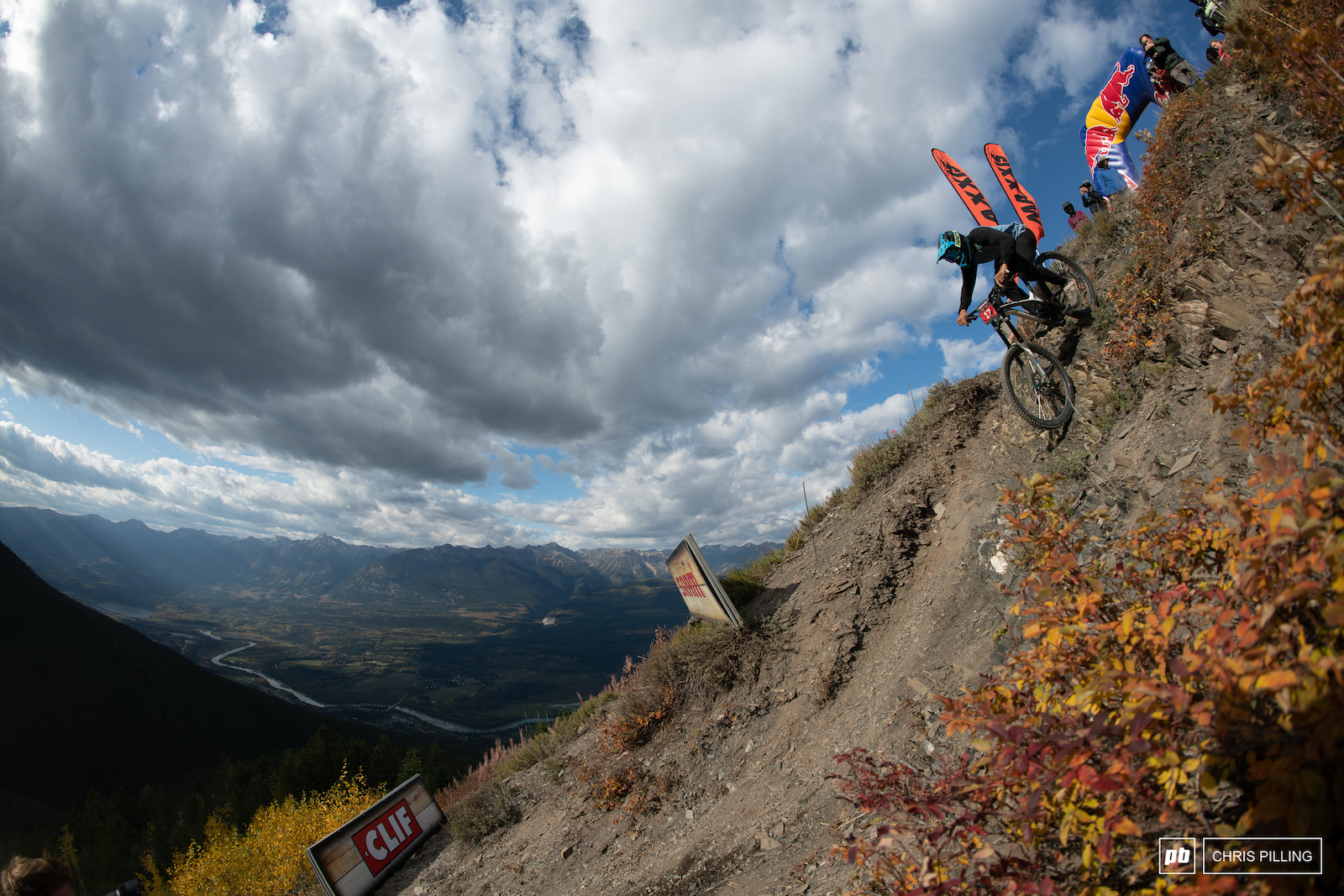 Controlled freefall, that's what this is 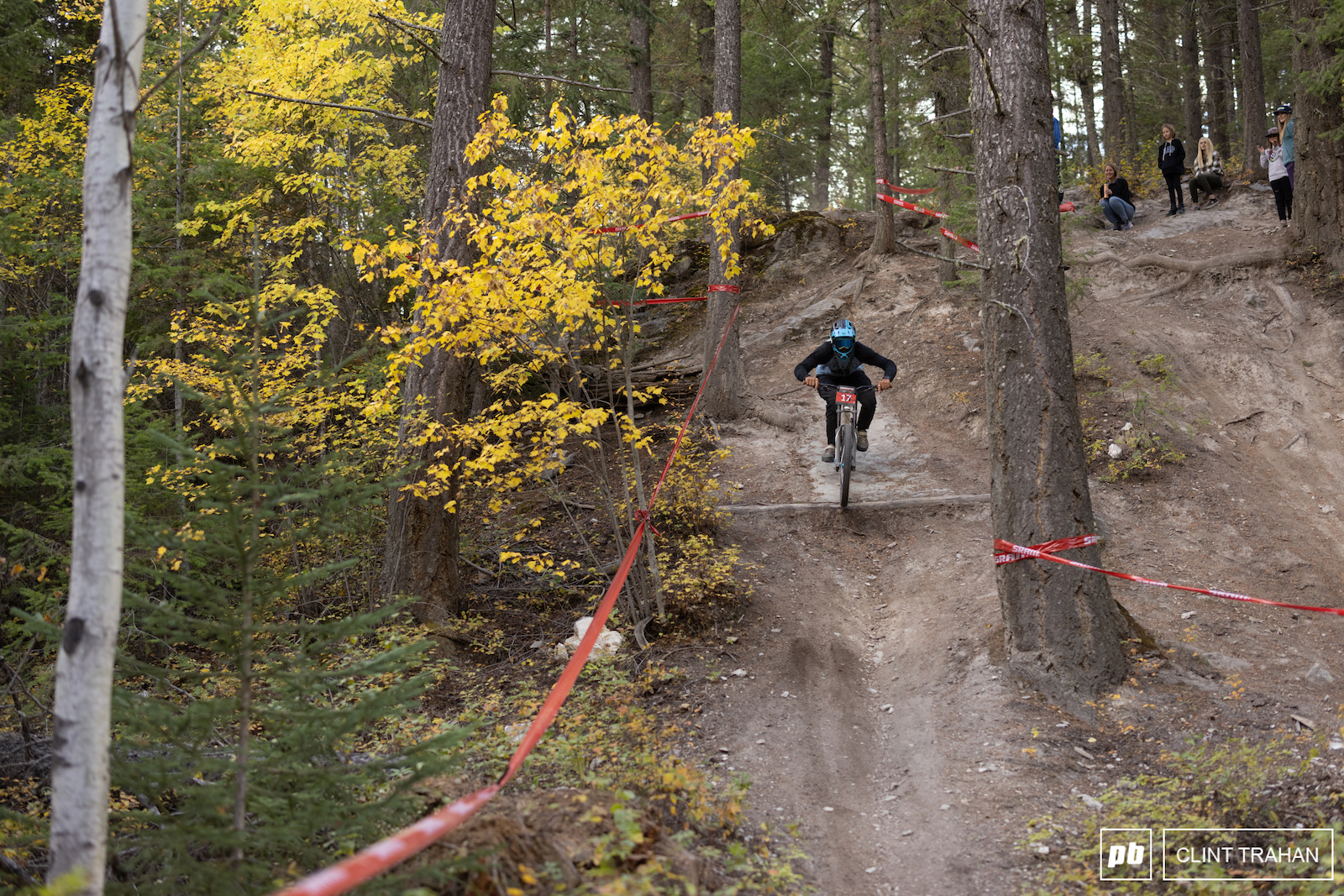 Dylan Crane blasting down the lower half of the course 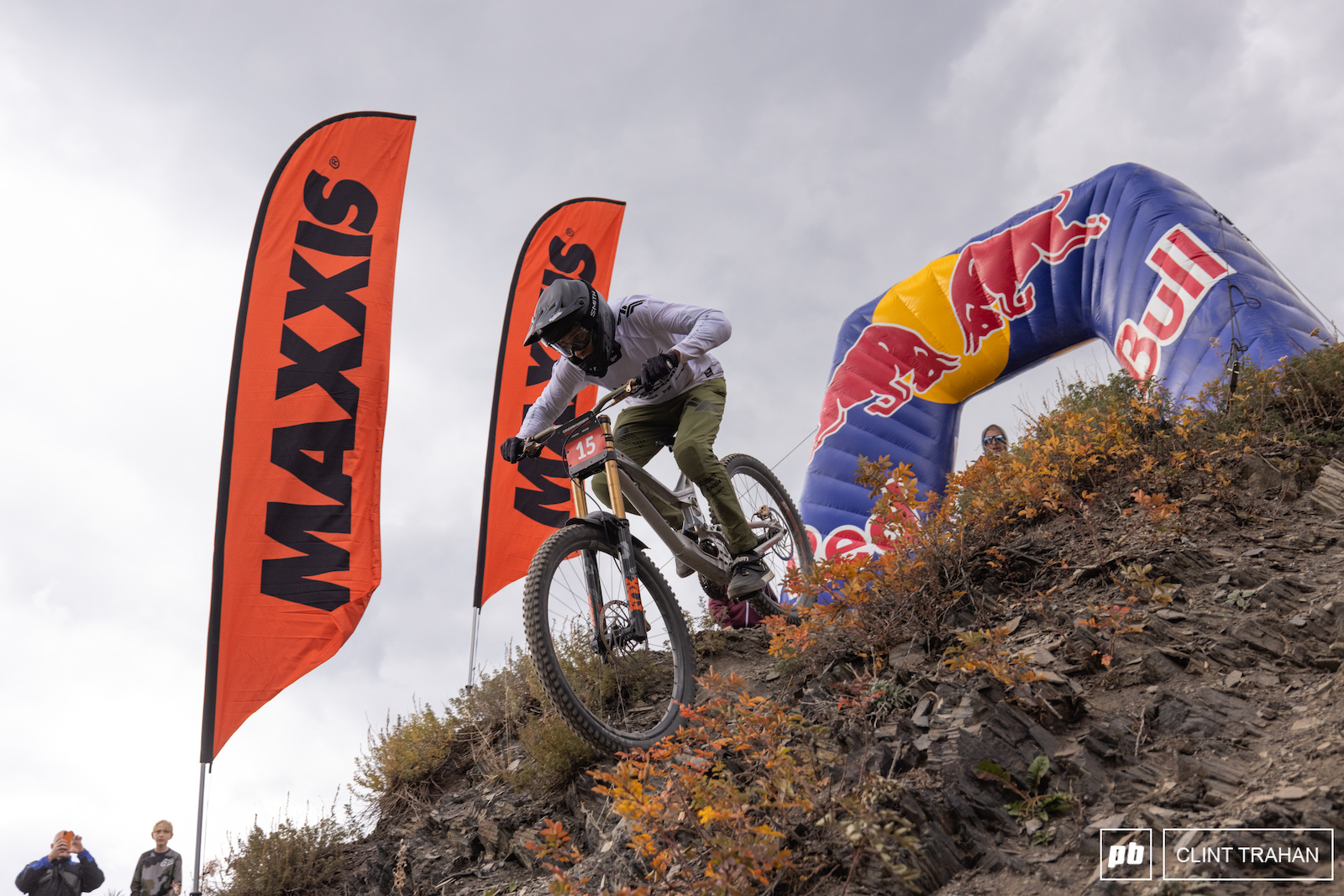 Big day for Seth Sherlock, getting revenge on the track and taking P2 on the day 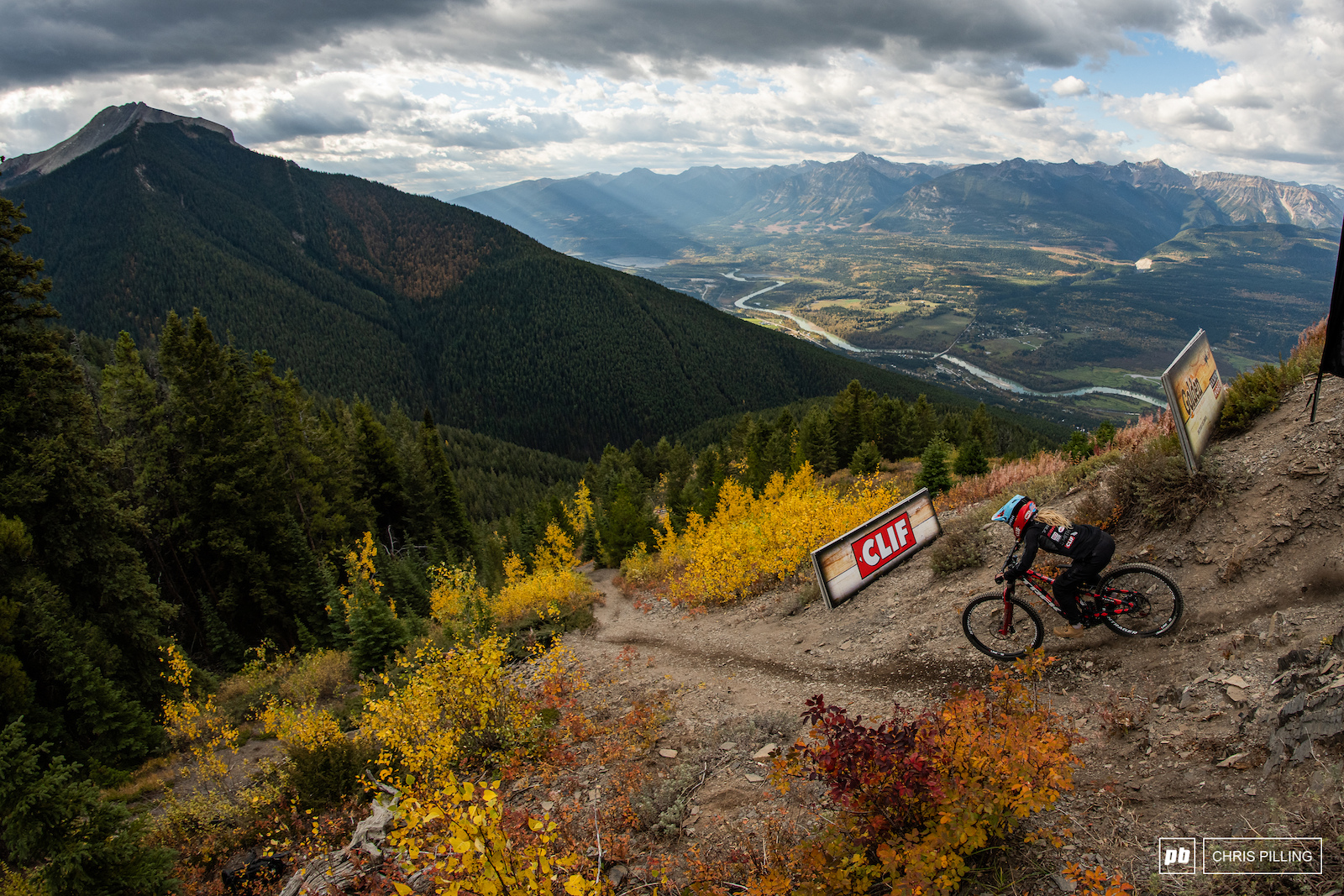 Casey Brown winning it for the women after narrowly missing the win last year. Congrats Casey 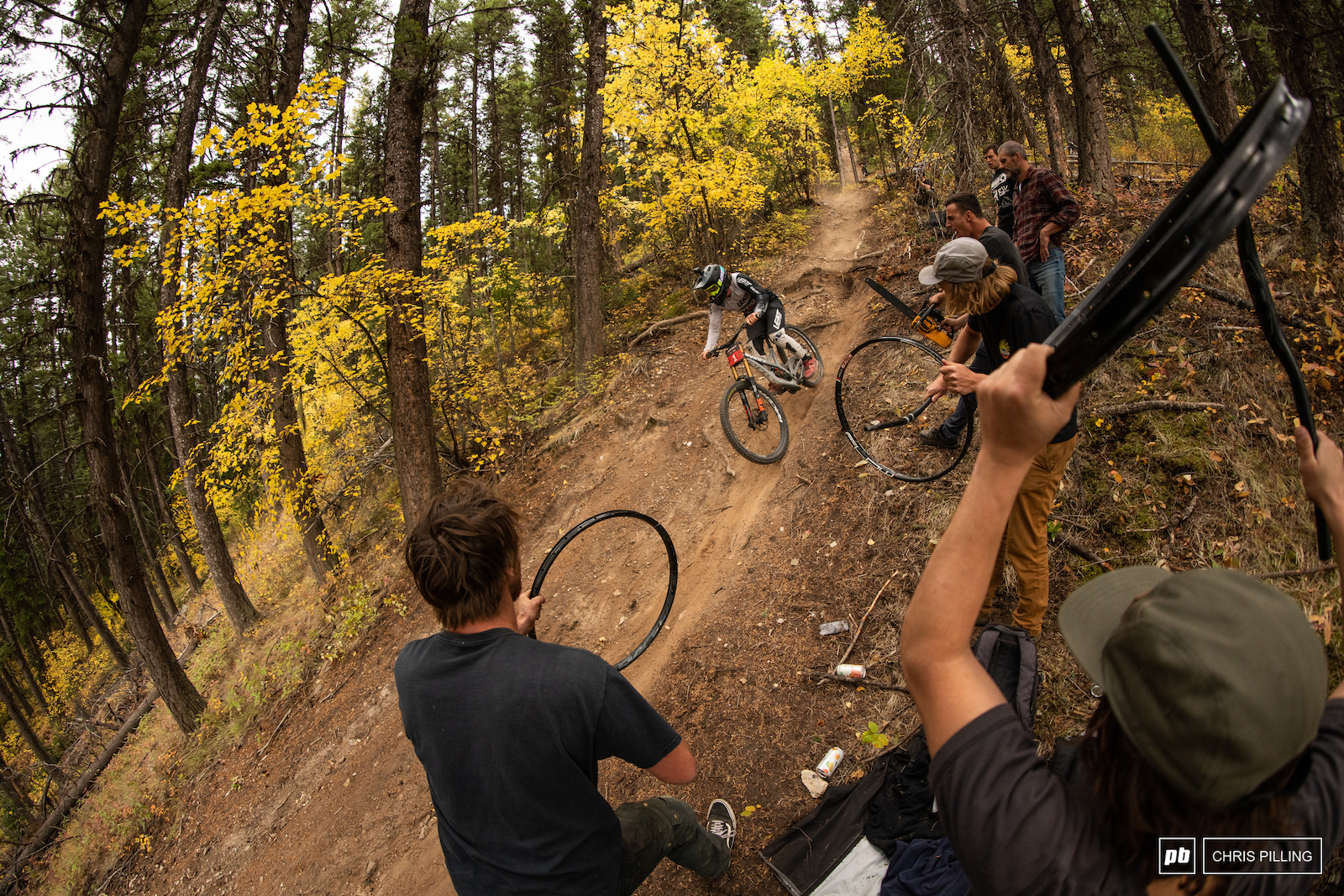 Keegan Wright getting fired up from the locals 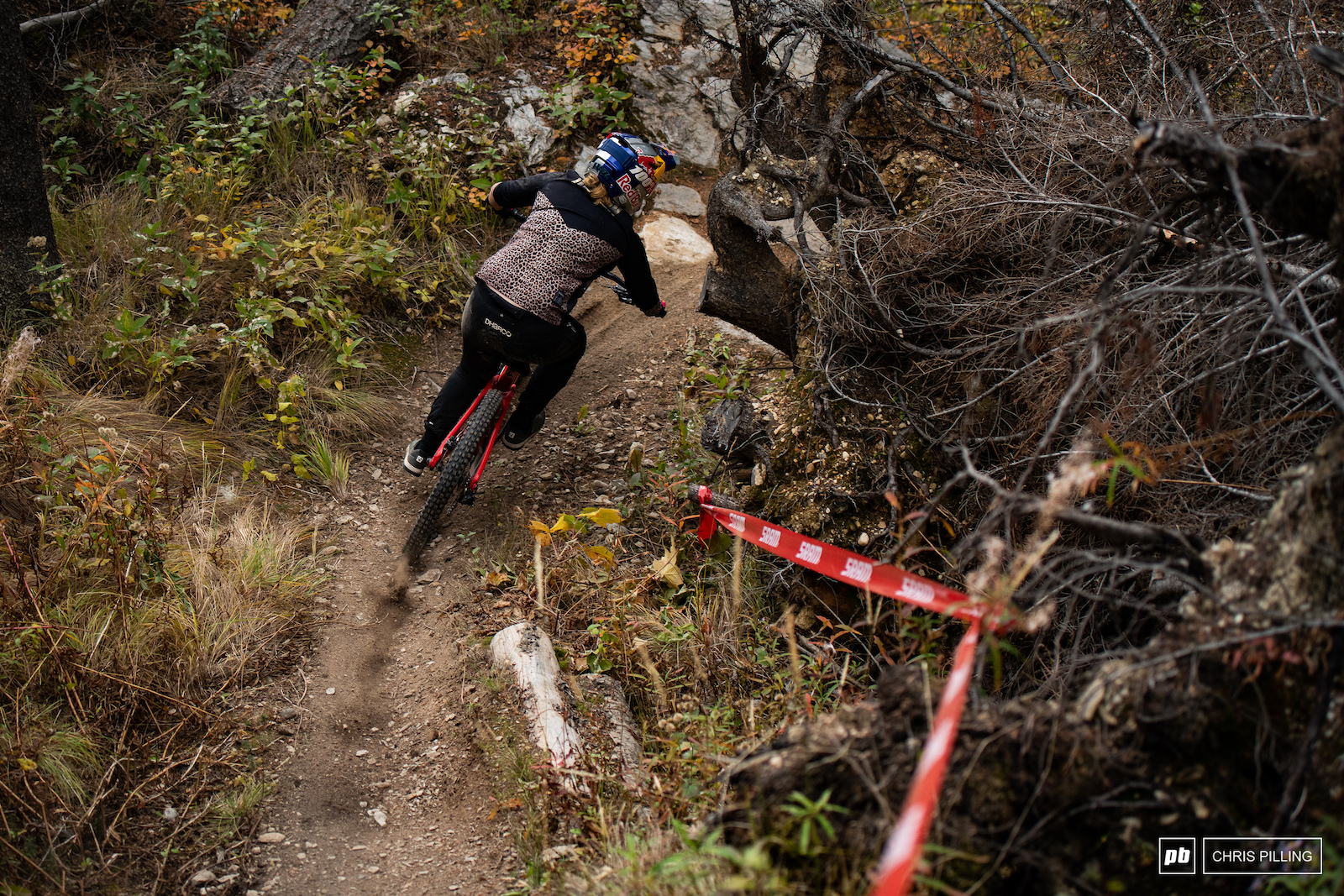 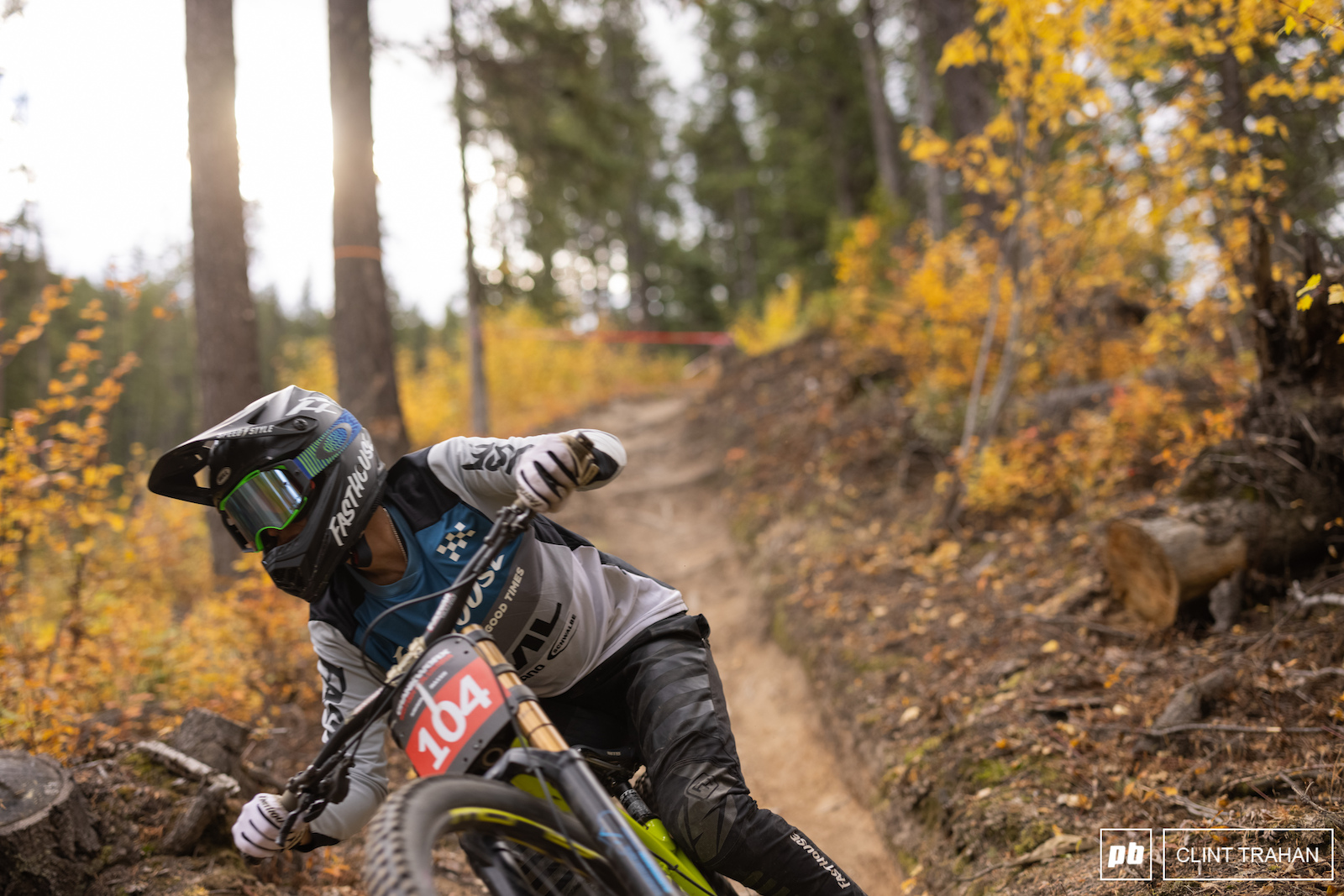 Danielle Beecroft appeared to have some troubles on course. Still likely happy to make it down in one piece. 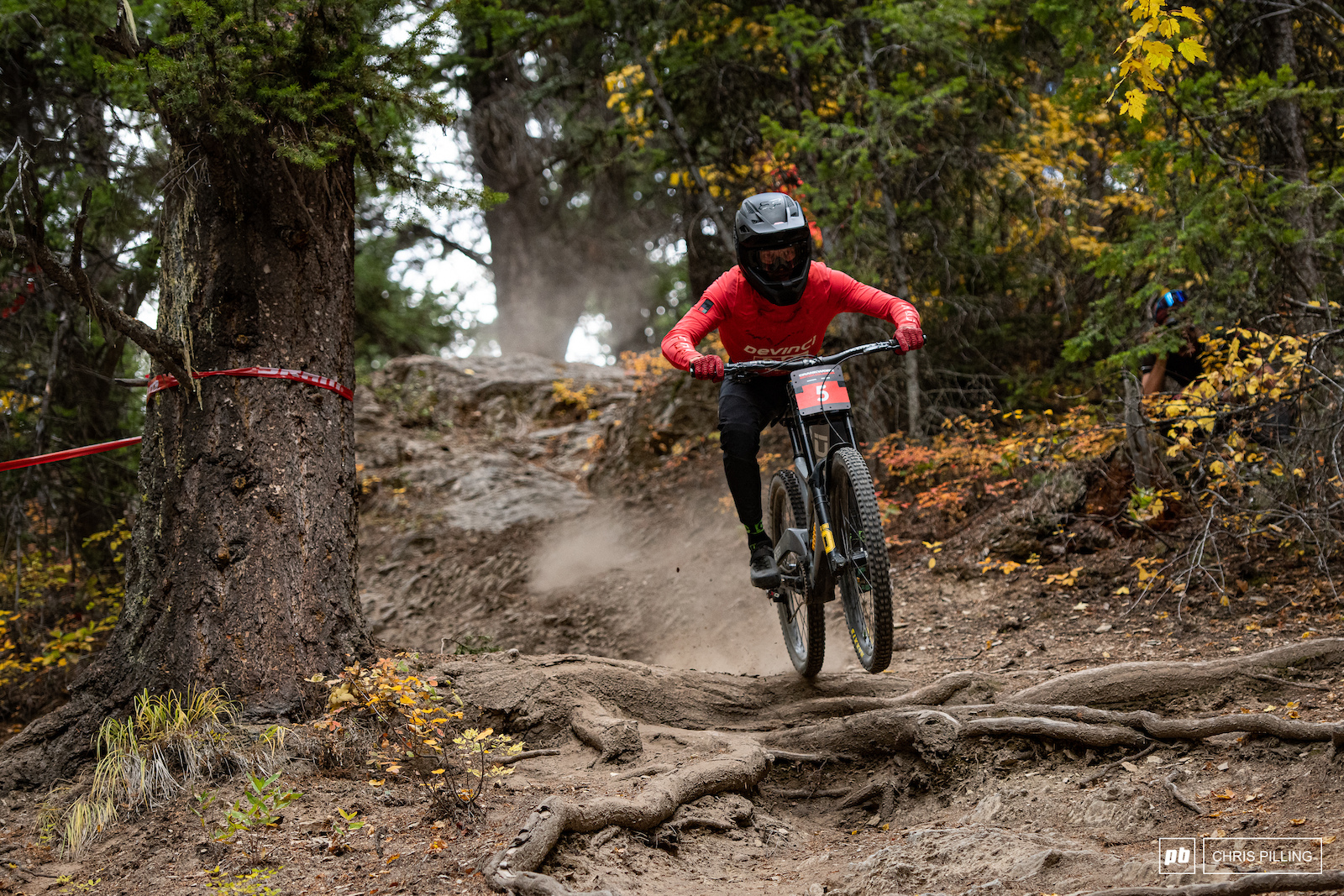 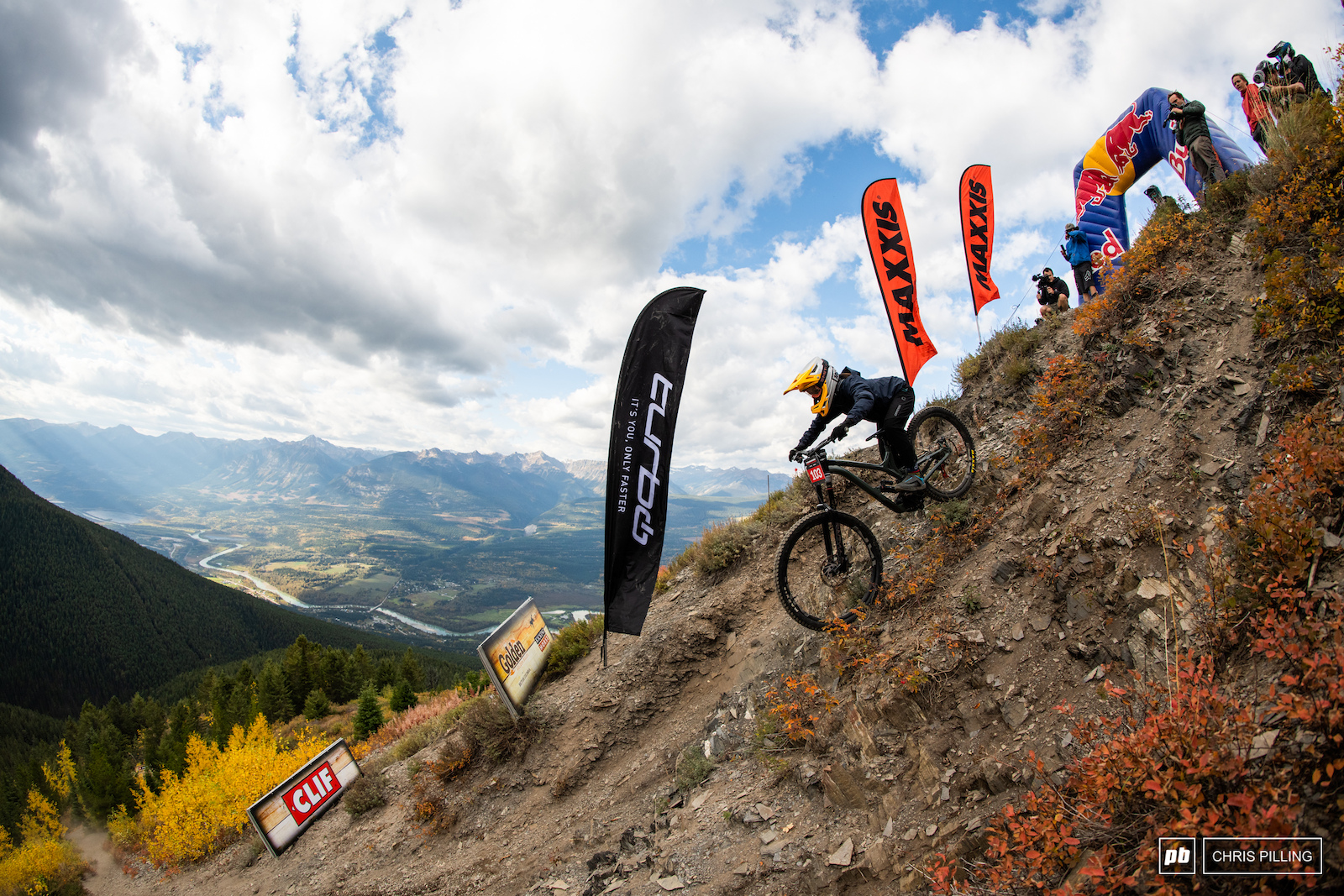 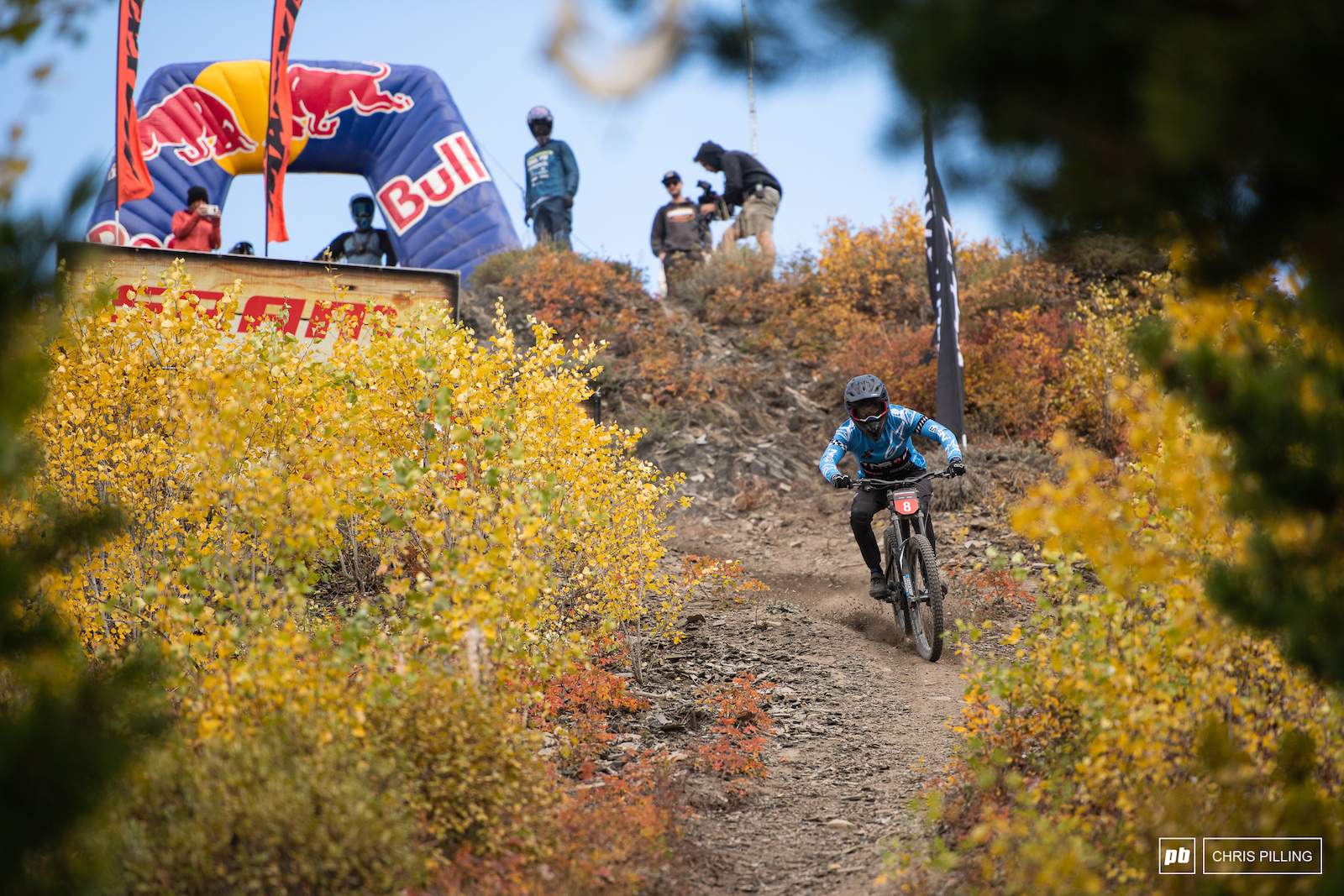 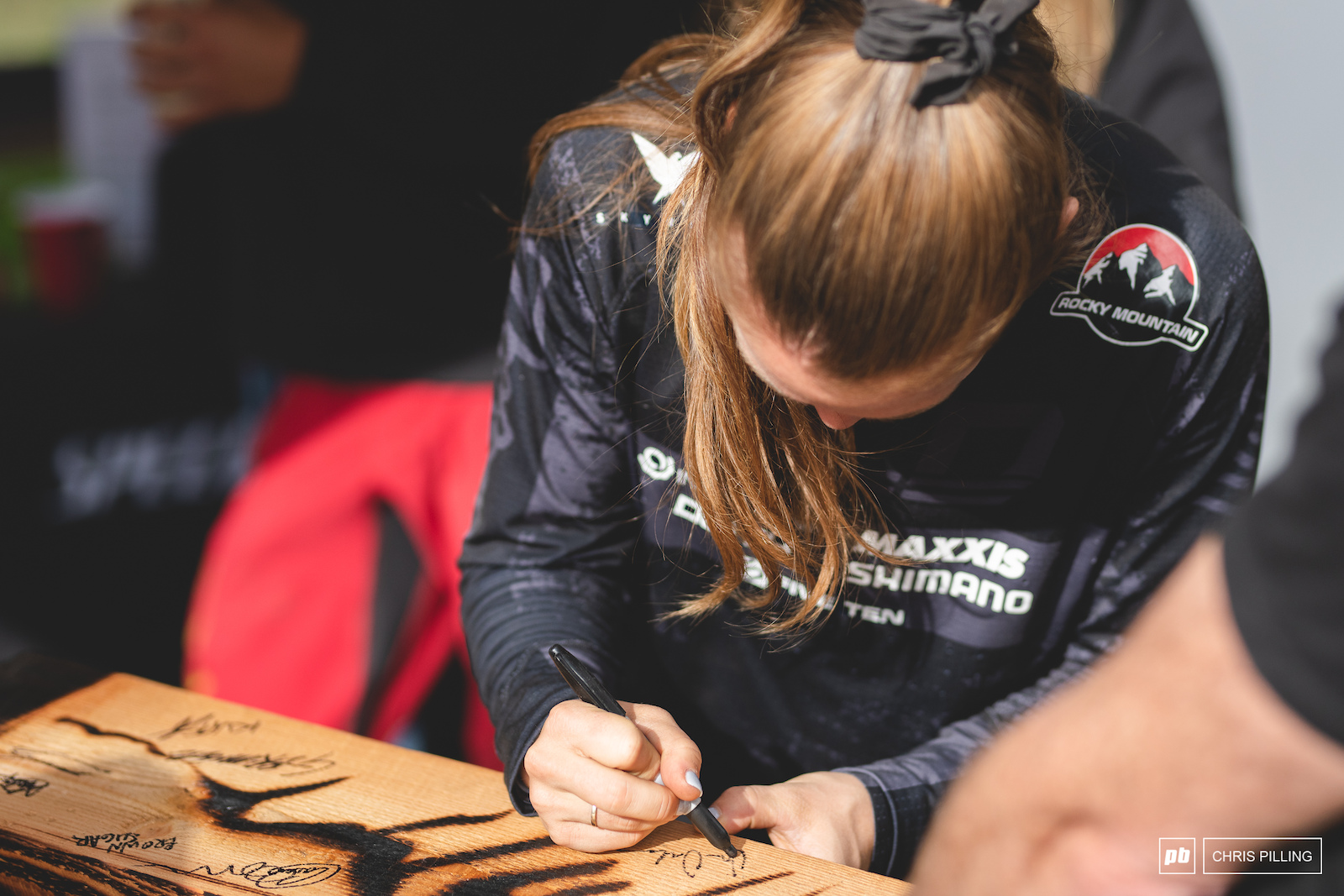 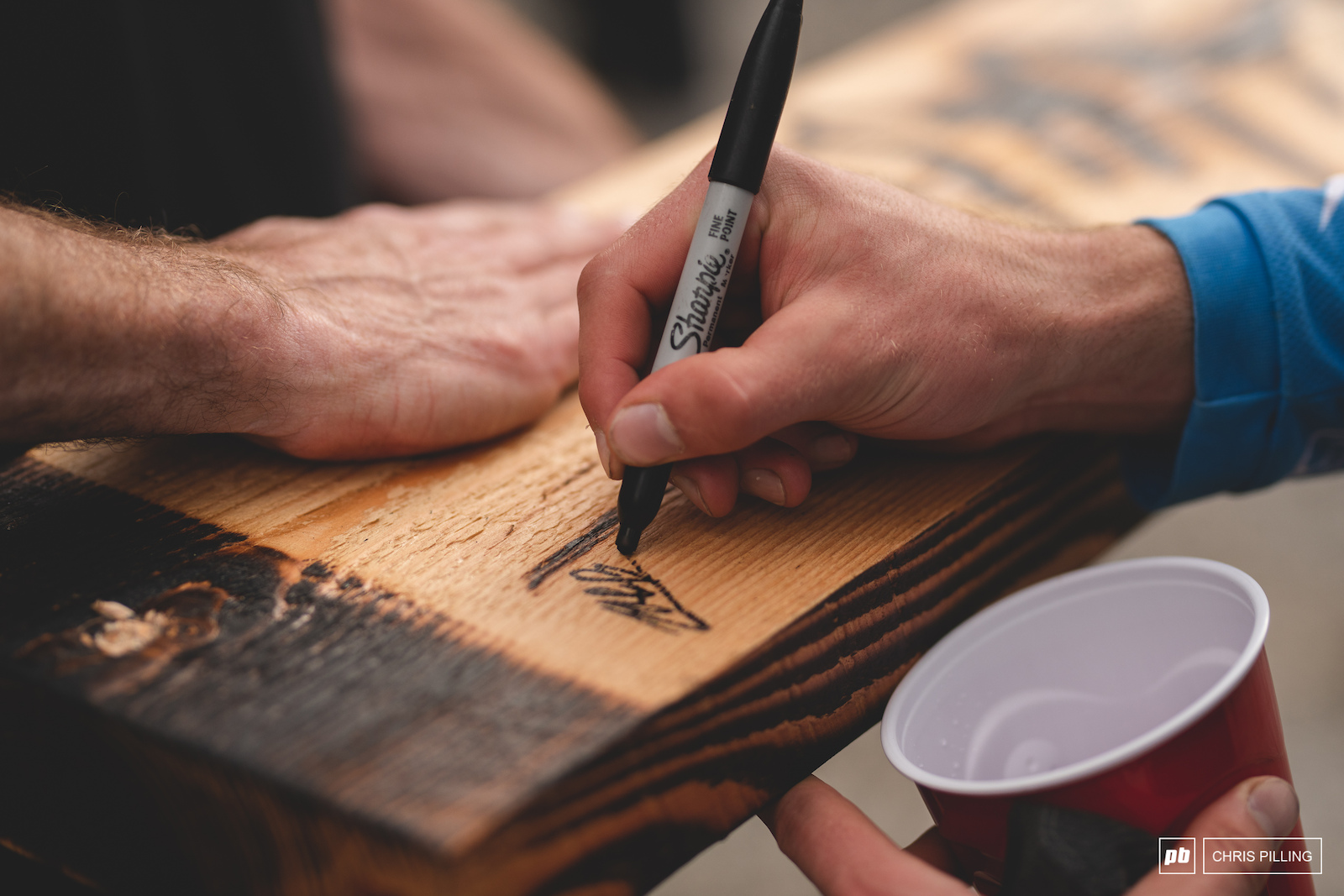 Crankworx left behind a little memento for the Golden Cycling club for their stoke and help in bringing back such a legendary race. A wood burned mountain scape signed by all the riders. 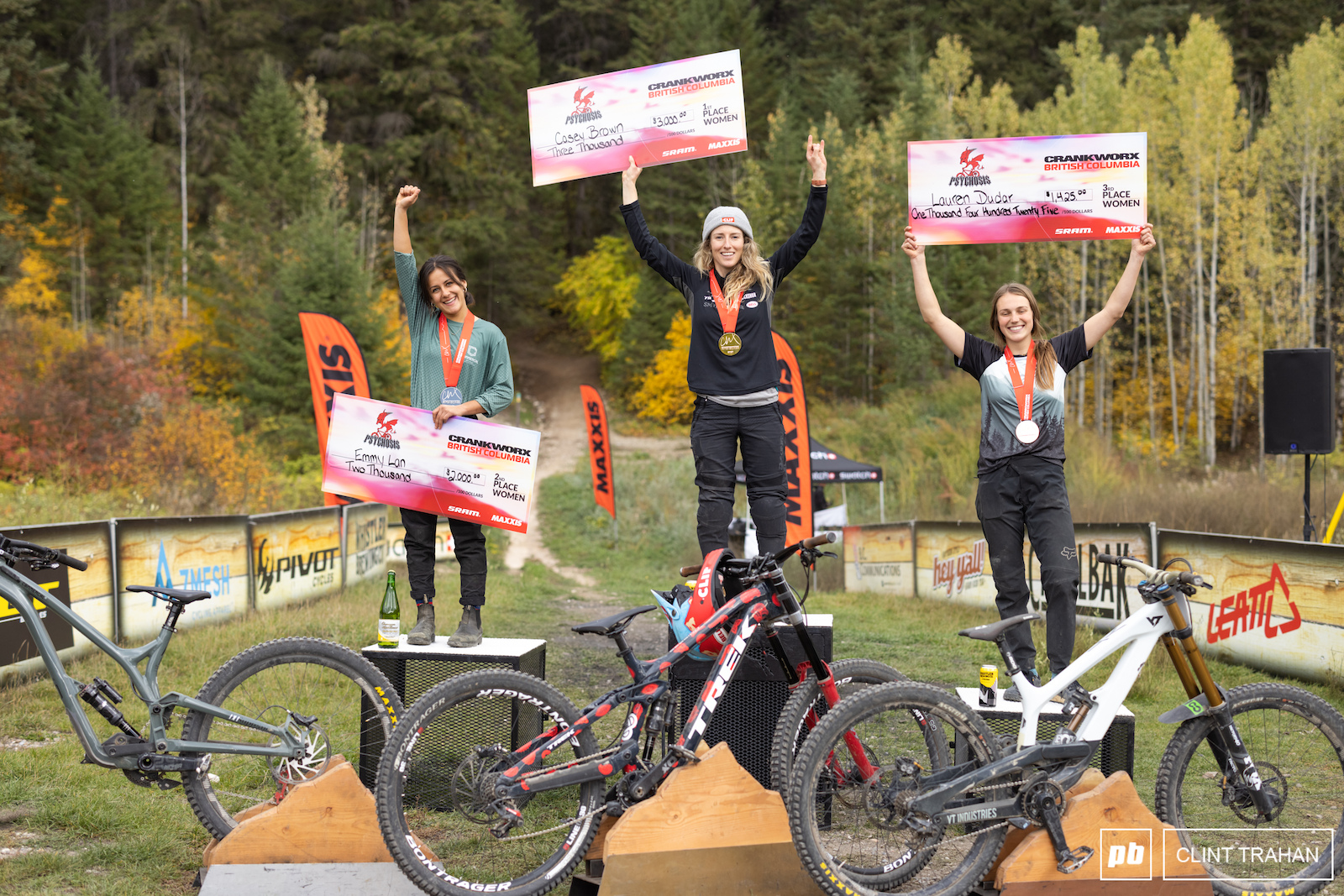 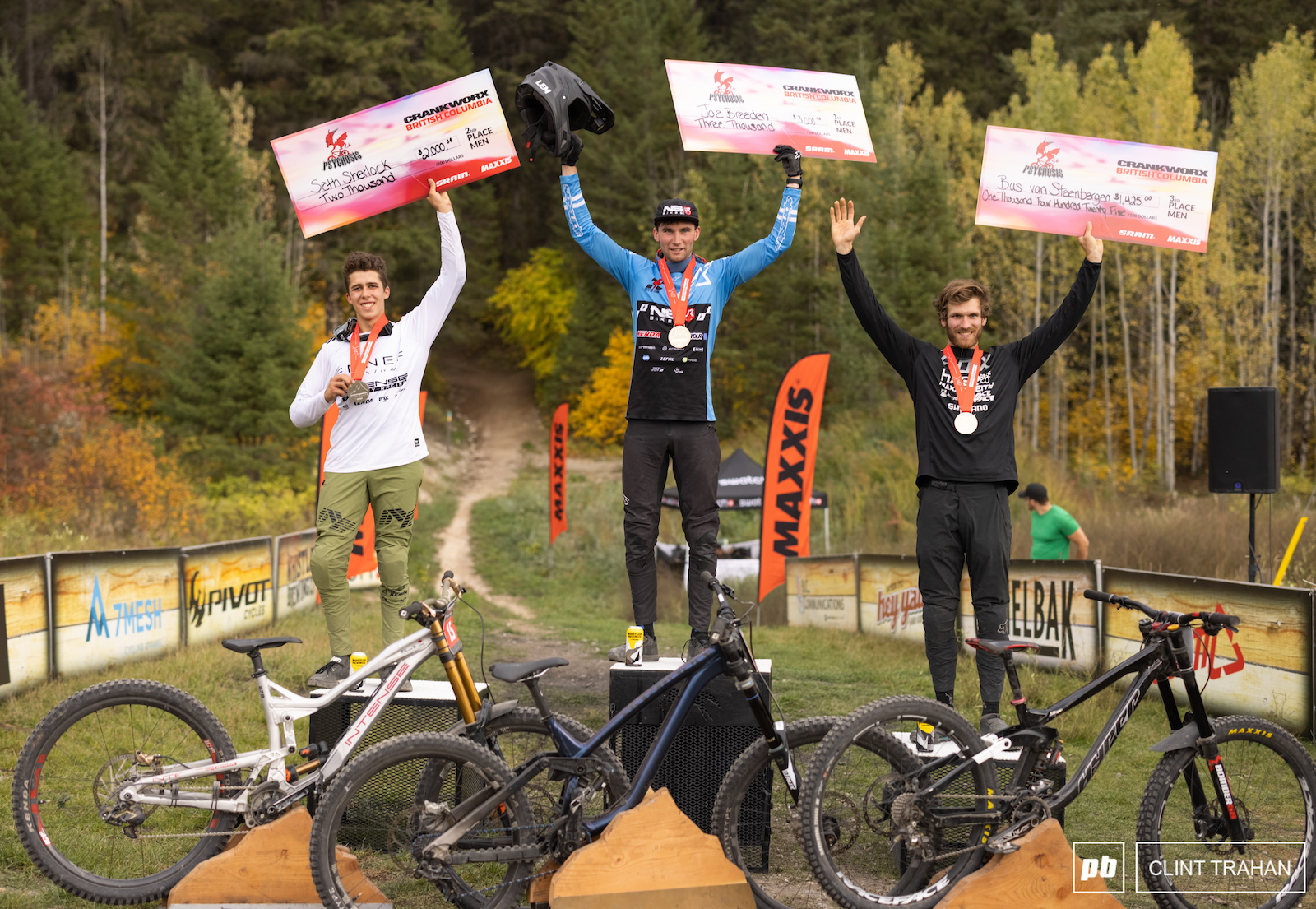 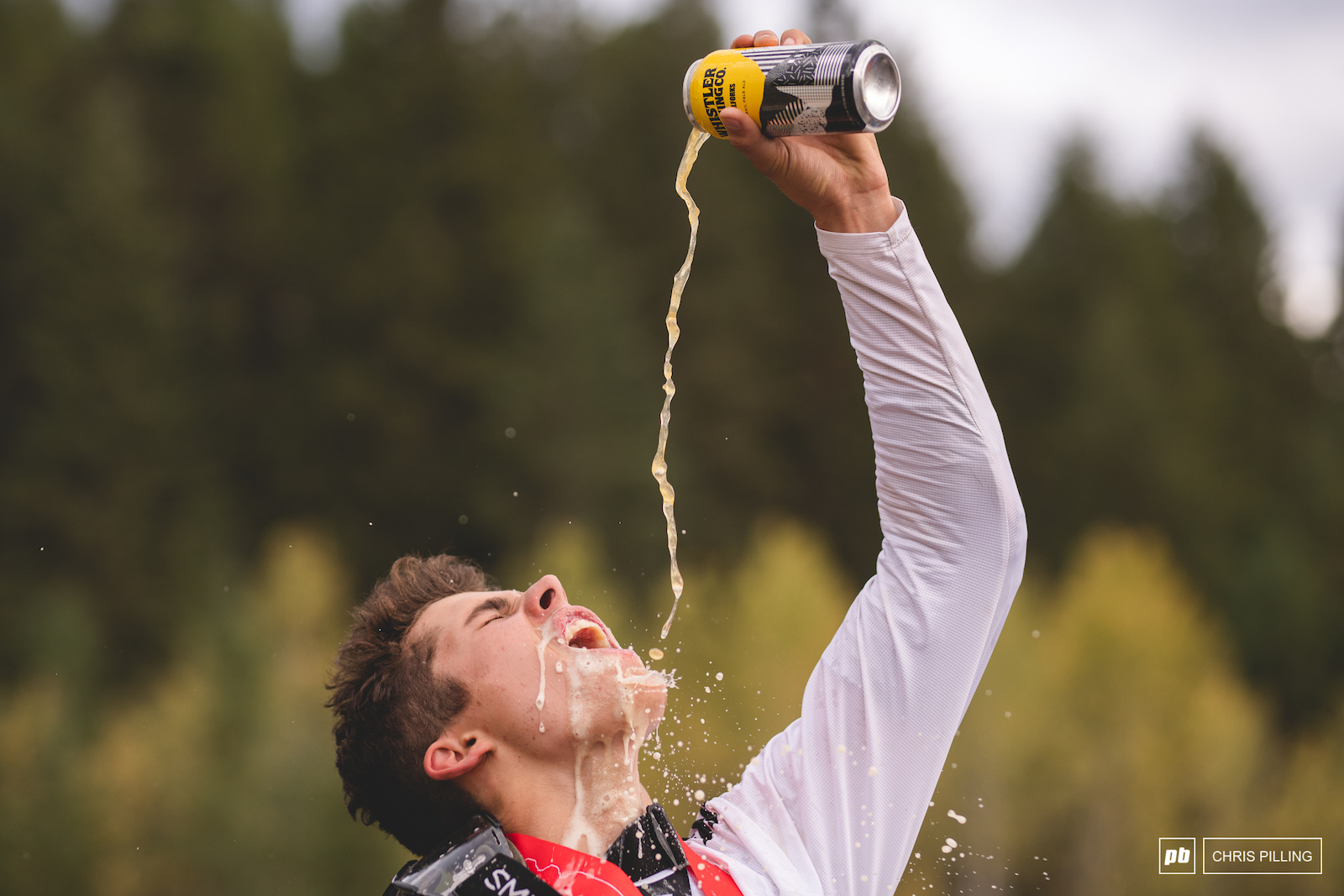 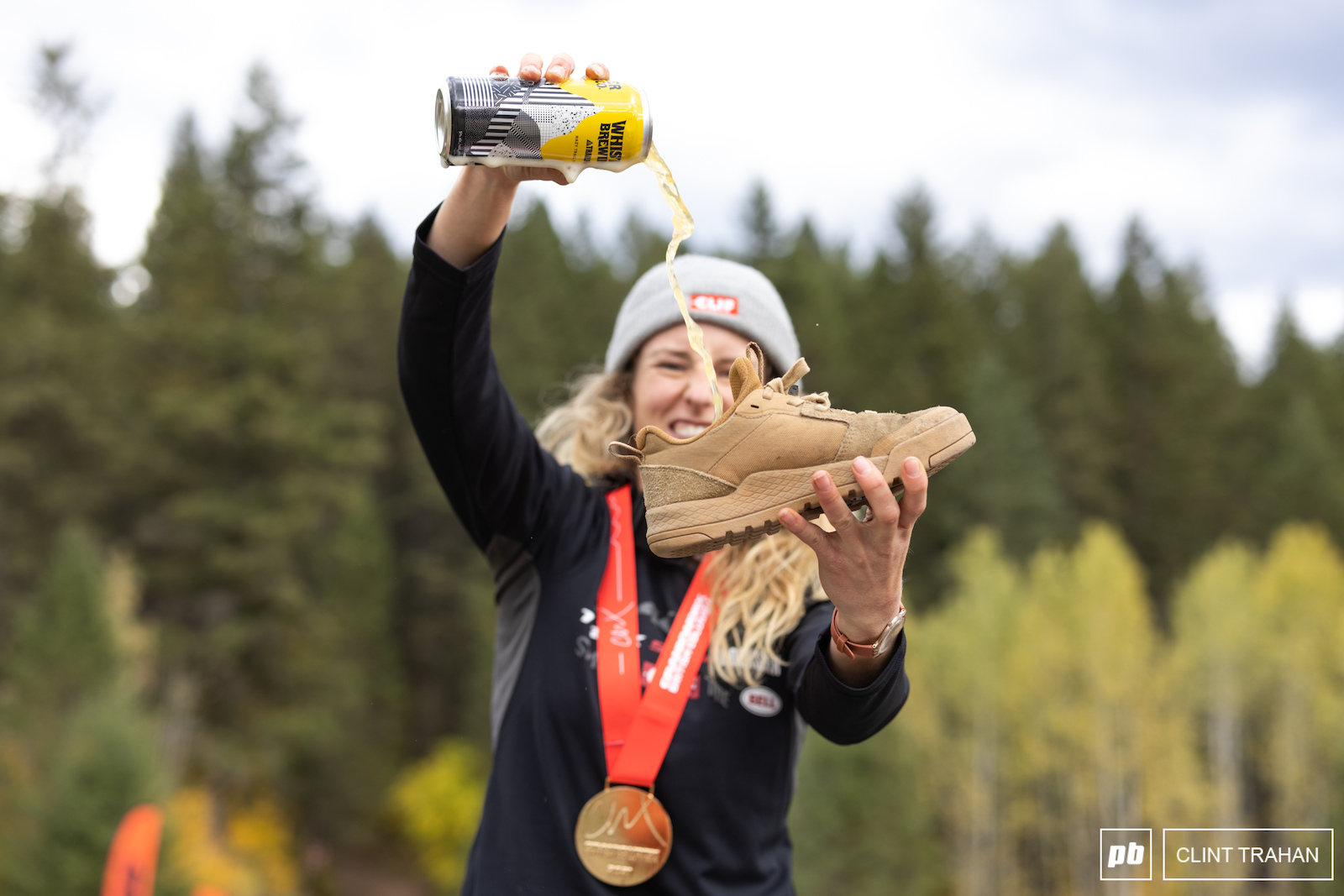 Now for the celebrations 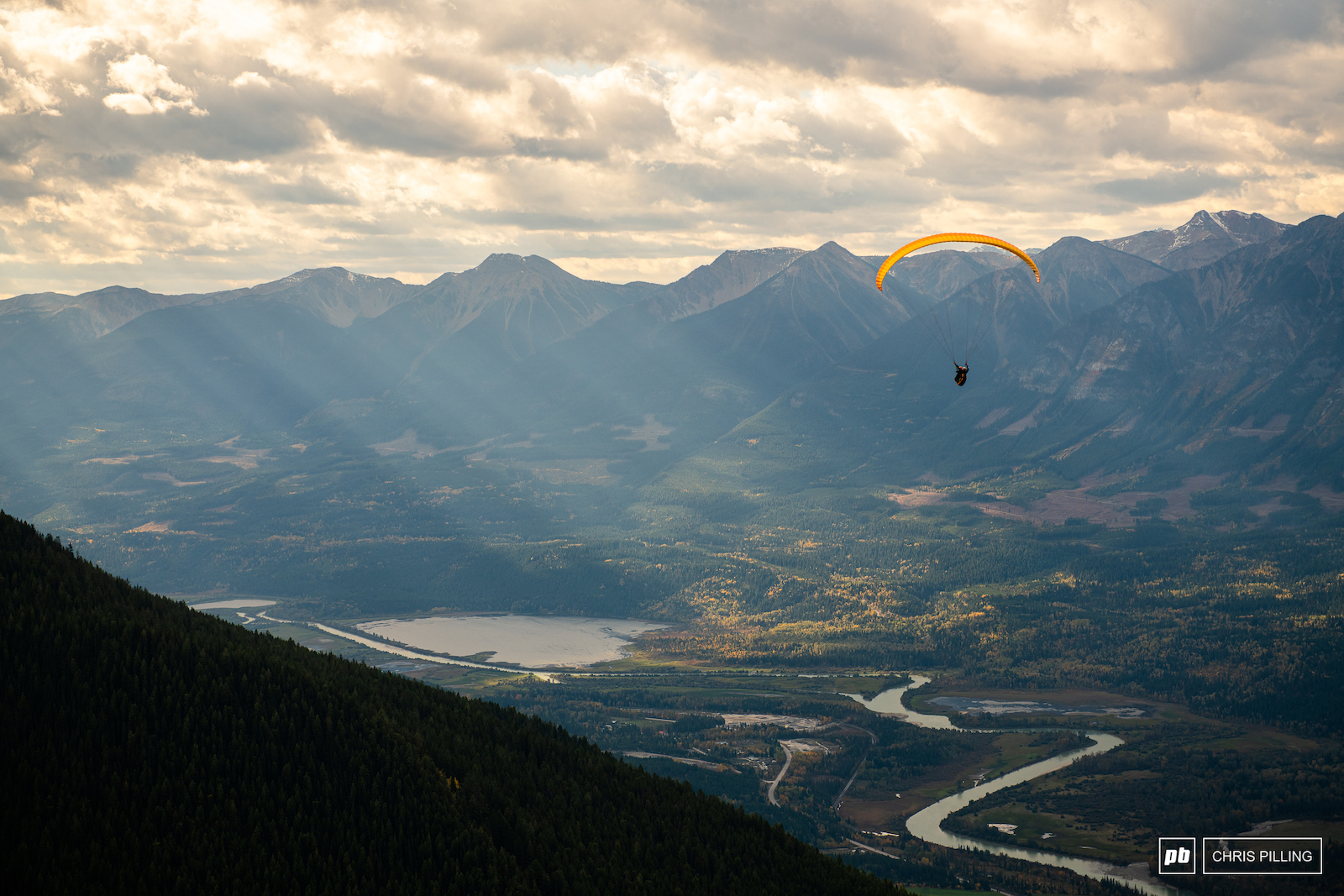 Another one of the history books

medievalbiking (Sep 27, 2021 at 7:26)
Imagine trying to drop the anchor down there with your back end constantly breaking contact... nope

Tombrad (Sep 27, 2021 at 9:36)
Thanks @pensamtb! It was pretty special, this track is timeless. My modern Meta hardtail is a machine compared to what the legends who started this race used in the 90's.

mountguitars (Sep 27, 2021 at 7:35)
Youd be shocked to find out that Golden, BC where mt 7 is located is just a tiny fraction of BC if you look at google maps. Theres more of this stuff that even spills over to nearby Alberta province where Im from. Cost of living and housing though is expensive in BC.

paulskibum (Sep 27, 2021 at 8:28)
Beecroft - two finger braking the rear brake, death grip on the other hand, no braking - interesting technique. I am sure she is faster than me but thats some interesting braking.

weaselgoespop (Sep 28, 2021 at 14:20)
I was one of the course marshals and when she blew by me I think she mentioned that something was wrong with her brake. I could be wrong because she just yelled something to me as she ripped by and I didn't hear everything, but it was definitely regarding her brakes.

withdignityifnotalacrity (Sep 27, 2021 at 7:42)
Can you expand on that? Do you mean the actual town, or the trails/outdoor options?

Oh wait, go Keegan you are a beast

yoobee (Sep 27, 2021 at 8:16) (Below Threshold)
WTF??? I don't get it. Why all the neg props? Is it politically (or pinkbikey) incorrect to talk about dreams? All the bikers I know would love to have a biking partner to ride with. There was no offense intended to these awesome girls above!