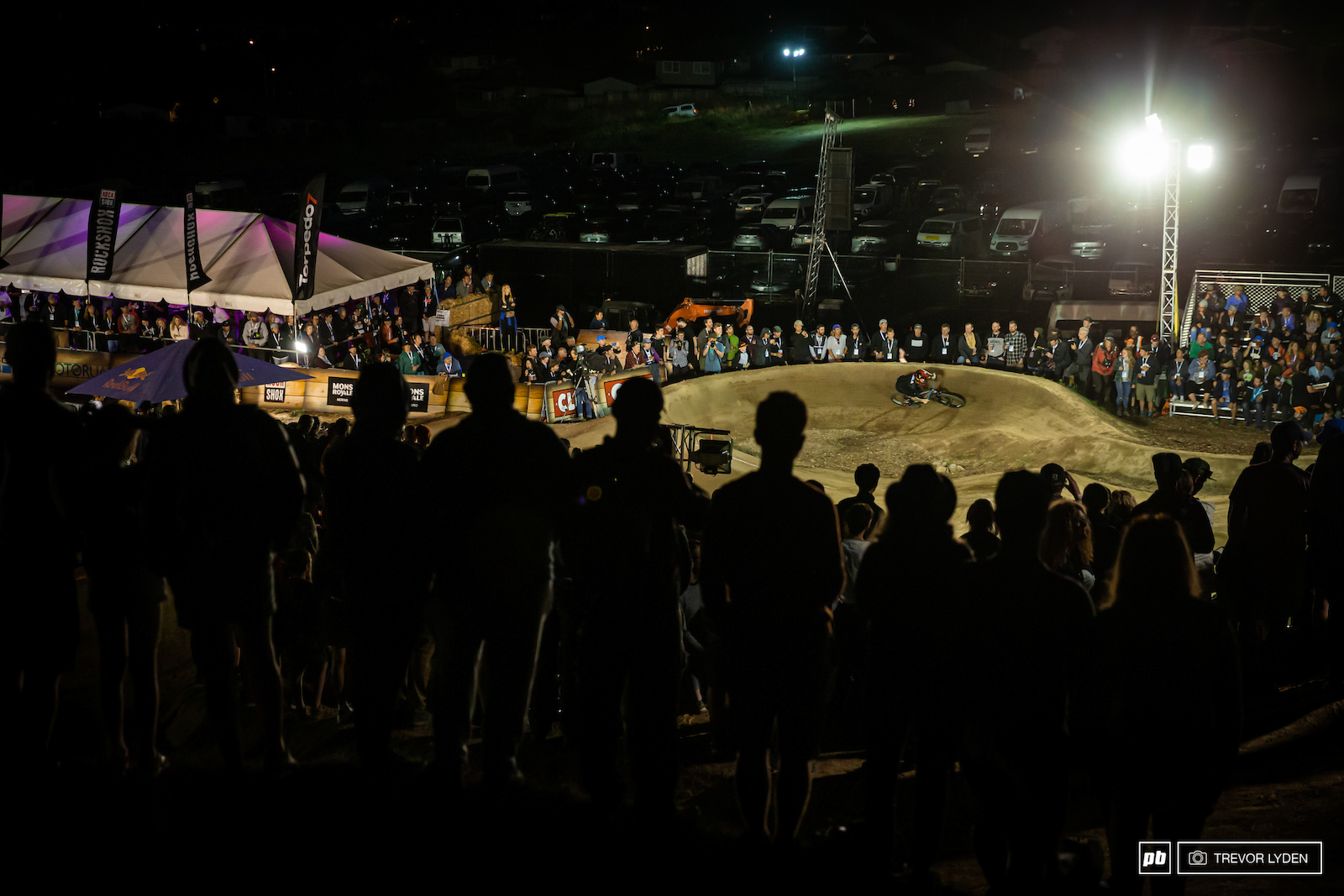 Photo Epic
Spinal Tap
Pumptrack Challenge - Crankworx Rotorua
Words & Photography by Trevor Lyden
Pump Track is never the marquee event at a Crankworx stop but in Rotorua you would have been hard pushed to find an event with more action crammed in this week. In the women's event, we saw the continued rise to prominence of teenage sensation Jordy Scott, who won her second event of the week after picking up her first gold in Speed and Style. The 18-year-old faced some tough challenges, including Jill Kintner in the finals, but overcame them all to finish on top of the podium.

In the men's race, it was a war of two buddies in the final as Tommy Zula faced up against Colin Hudson. These two traveled around the world from the States together to compete and have even been sharing a bed in their hotel room this week. They both battled through separate ends of the draw to end up in the final together where they were inseparable once again - their first run ended in a dead heat and the second was taken by Zula by just 0.01 seconds in the closest Pump Track finals ever. 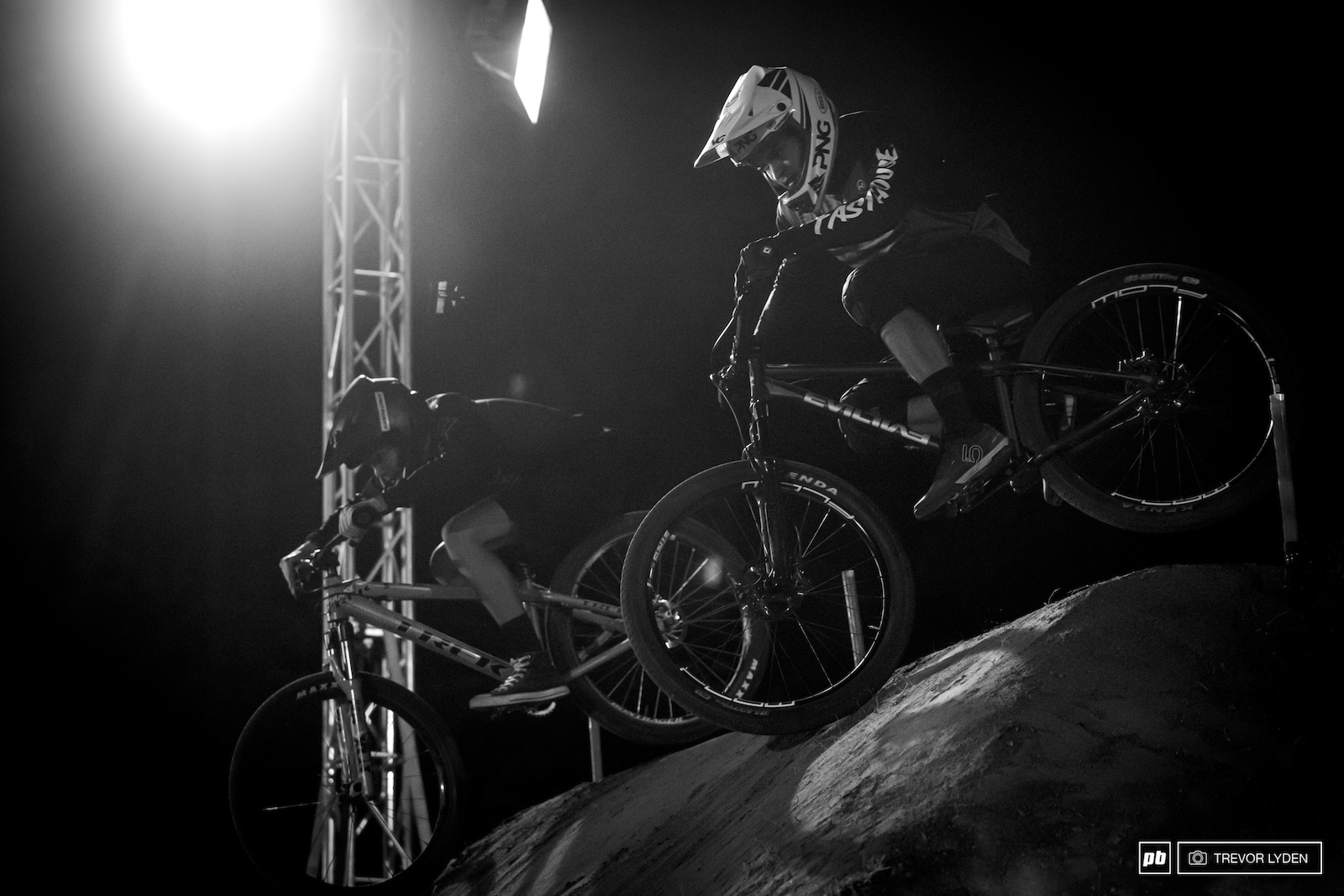 Some people are afraid of the dark, it seems clear that these two definitely aren't. 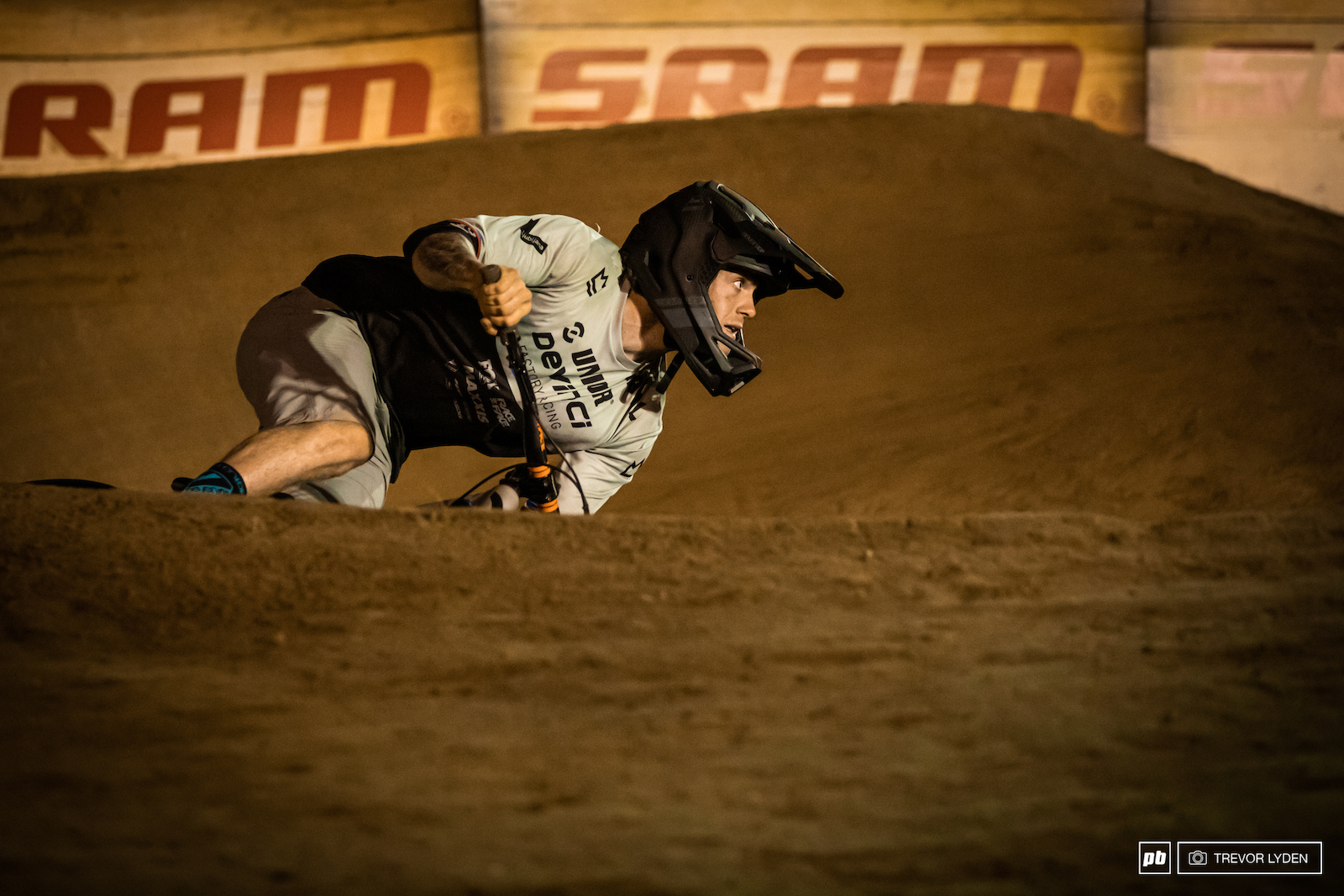 Keegan had a good showing but was eliminated early on. 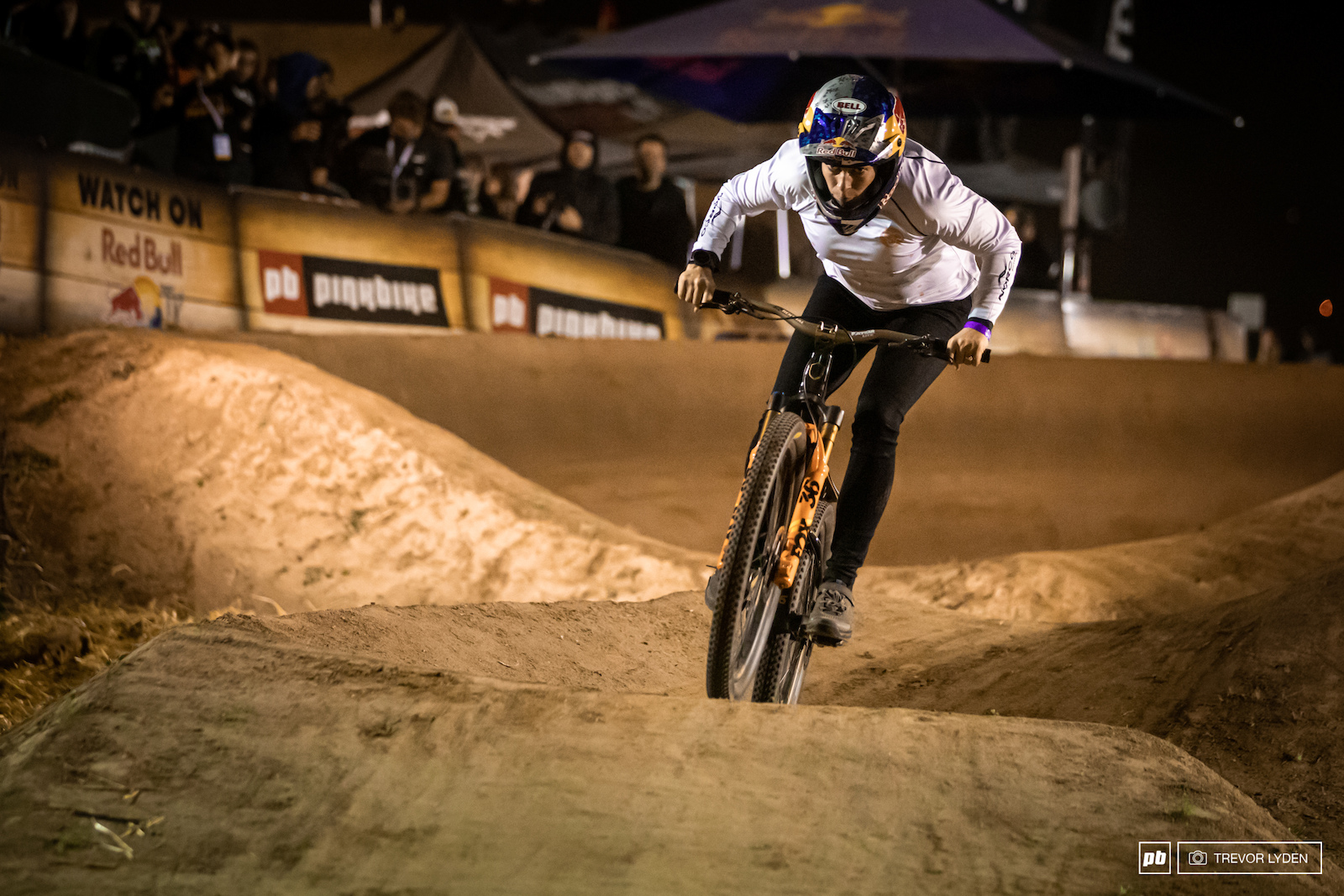 Jill Kintner is never far from a podium and once again didn't disappoint with second place finish. 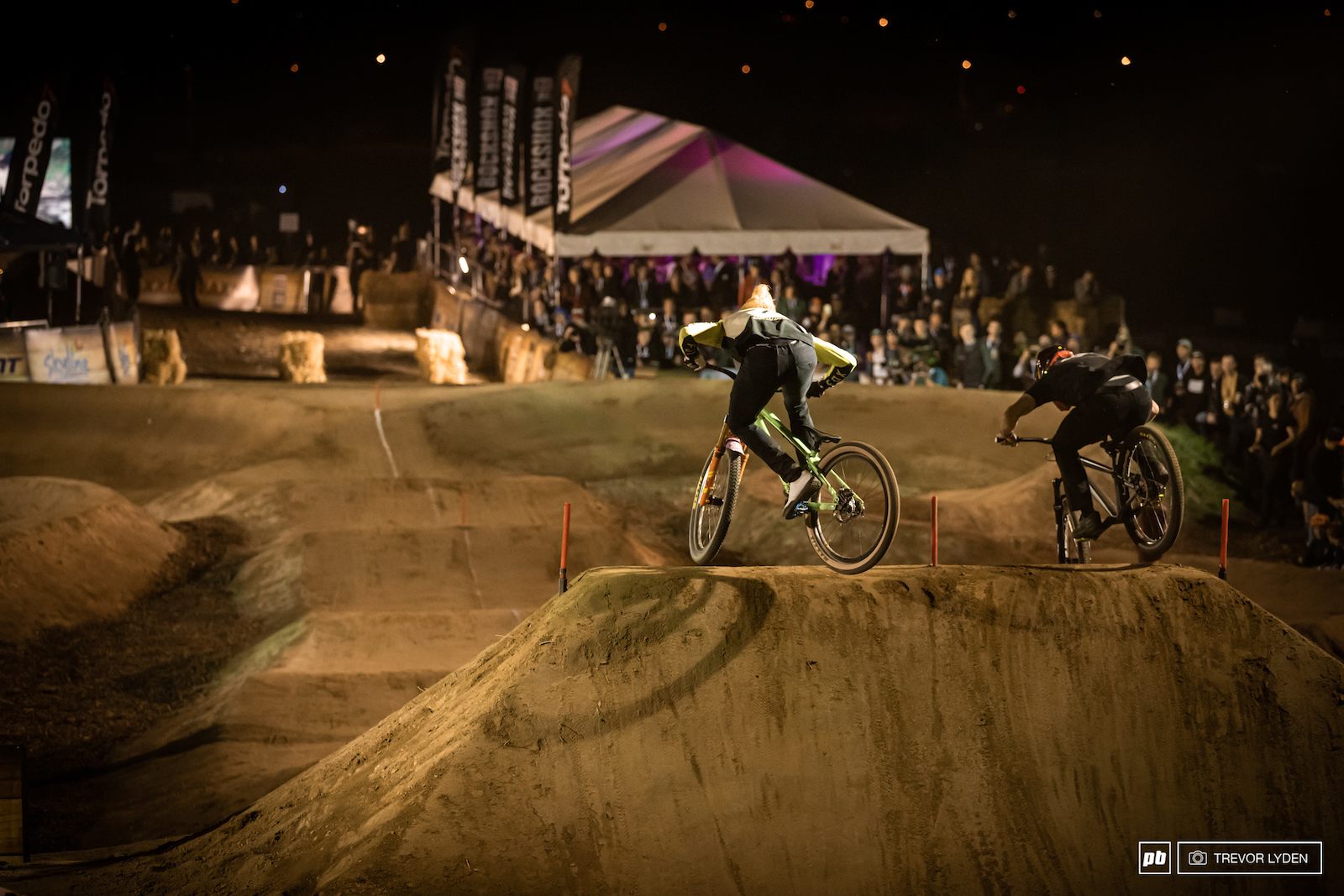 Cody Kelley had the style over the spine, but couldn't quite hold off the Airborne rider. 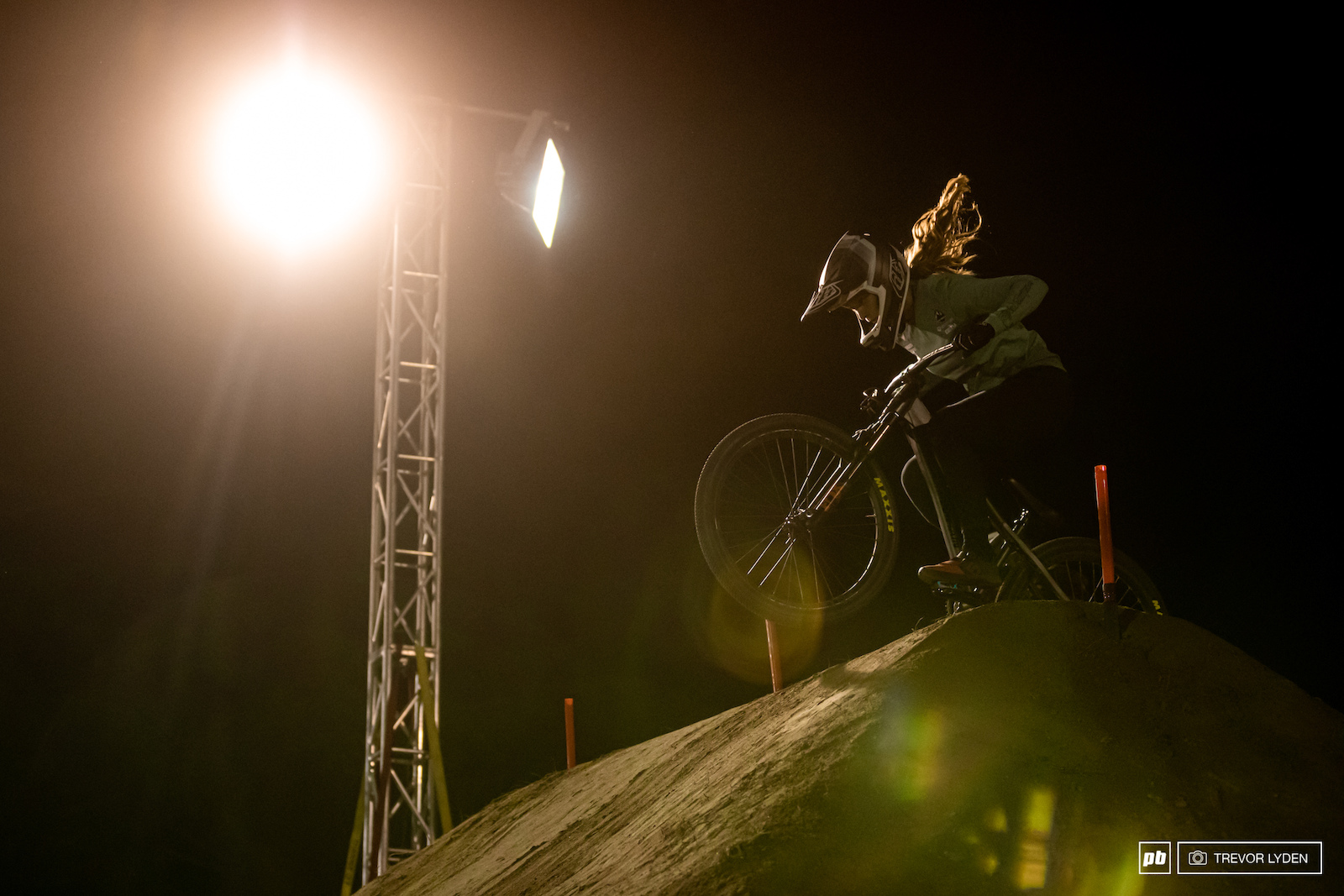 Vaea pumping for speed over the first spine feature. 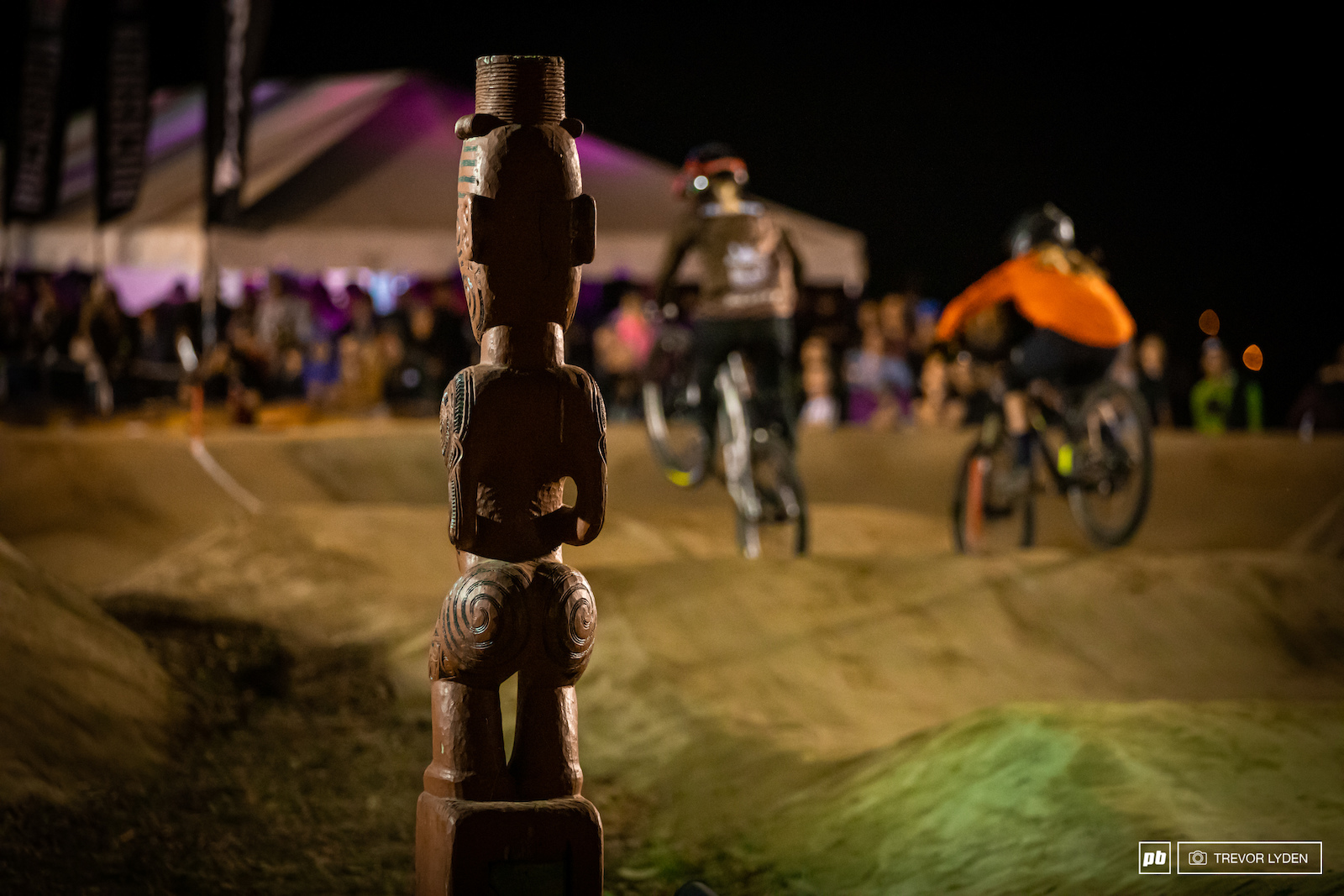 A friendly reminder of where we are. 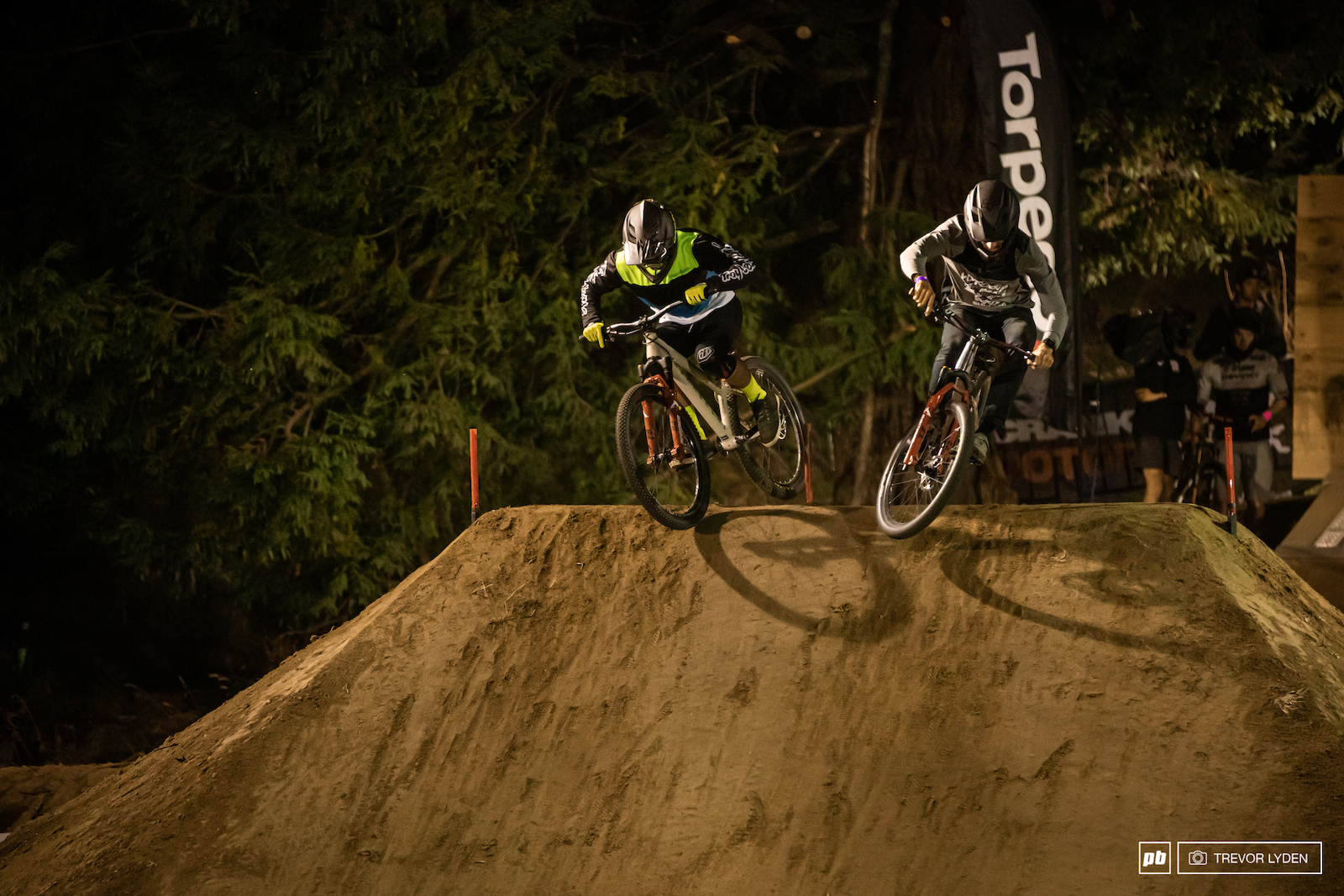 Billy and Bas head to head. 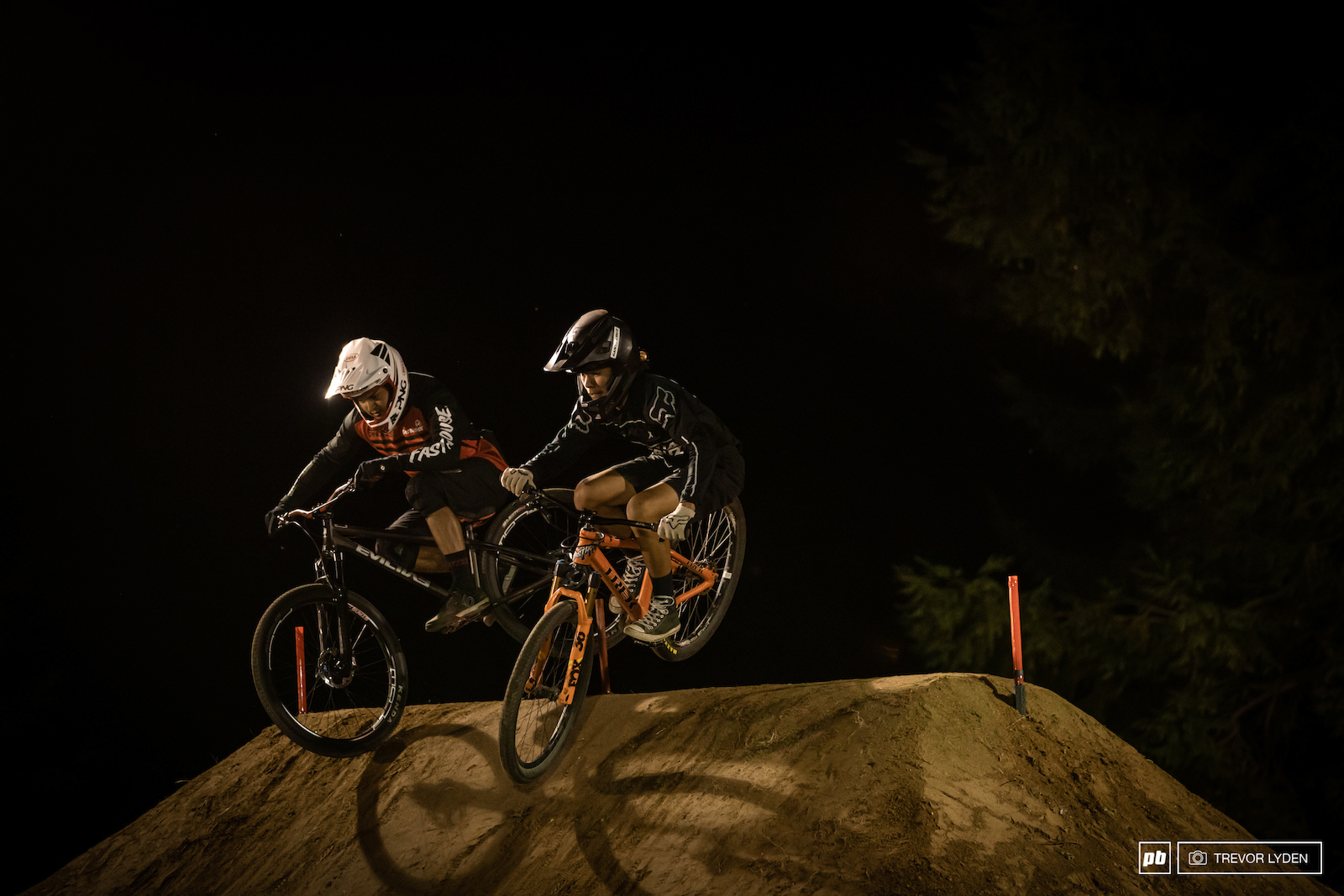 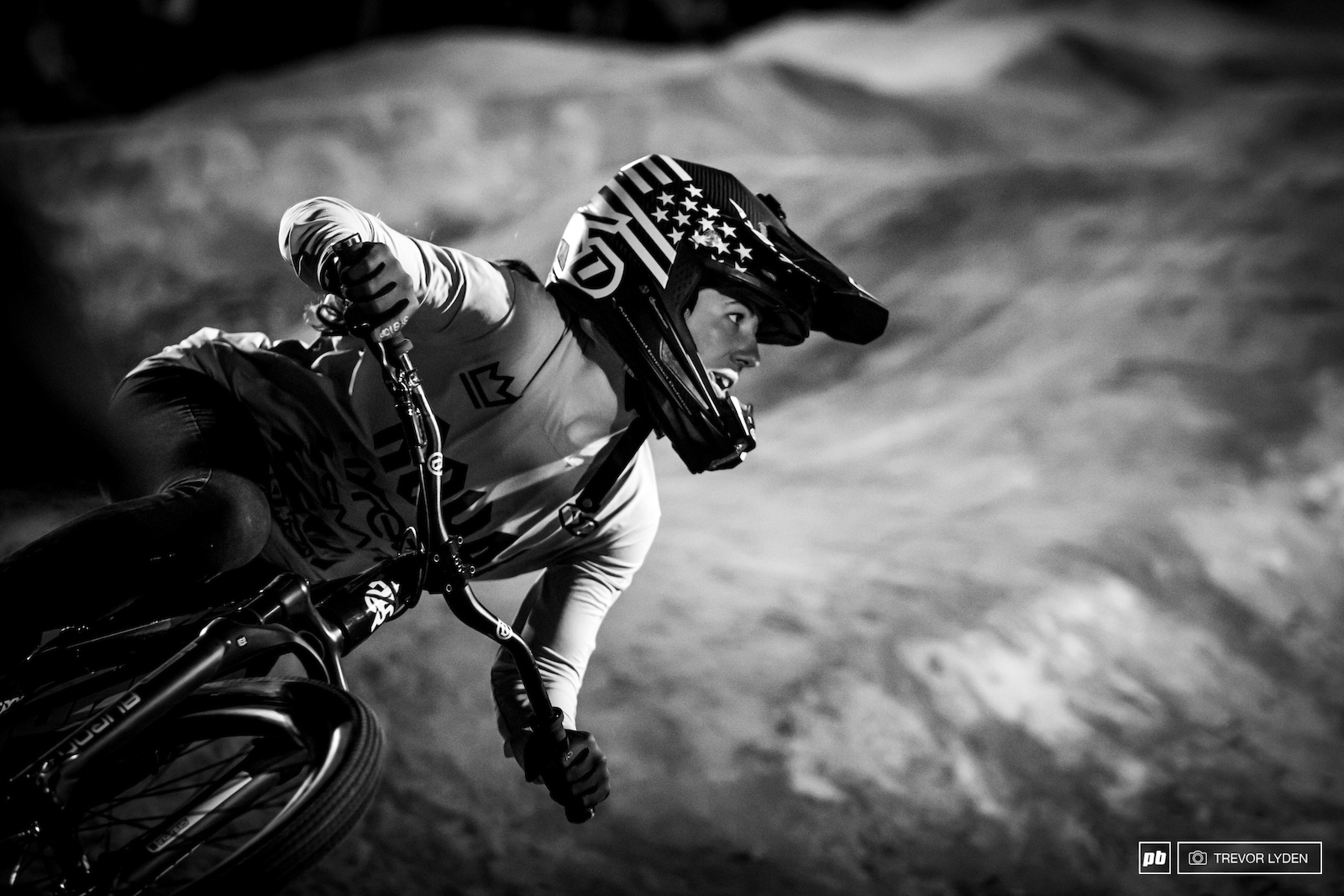 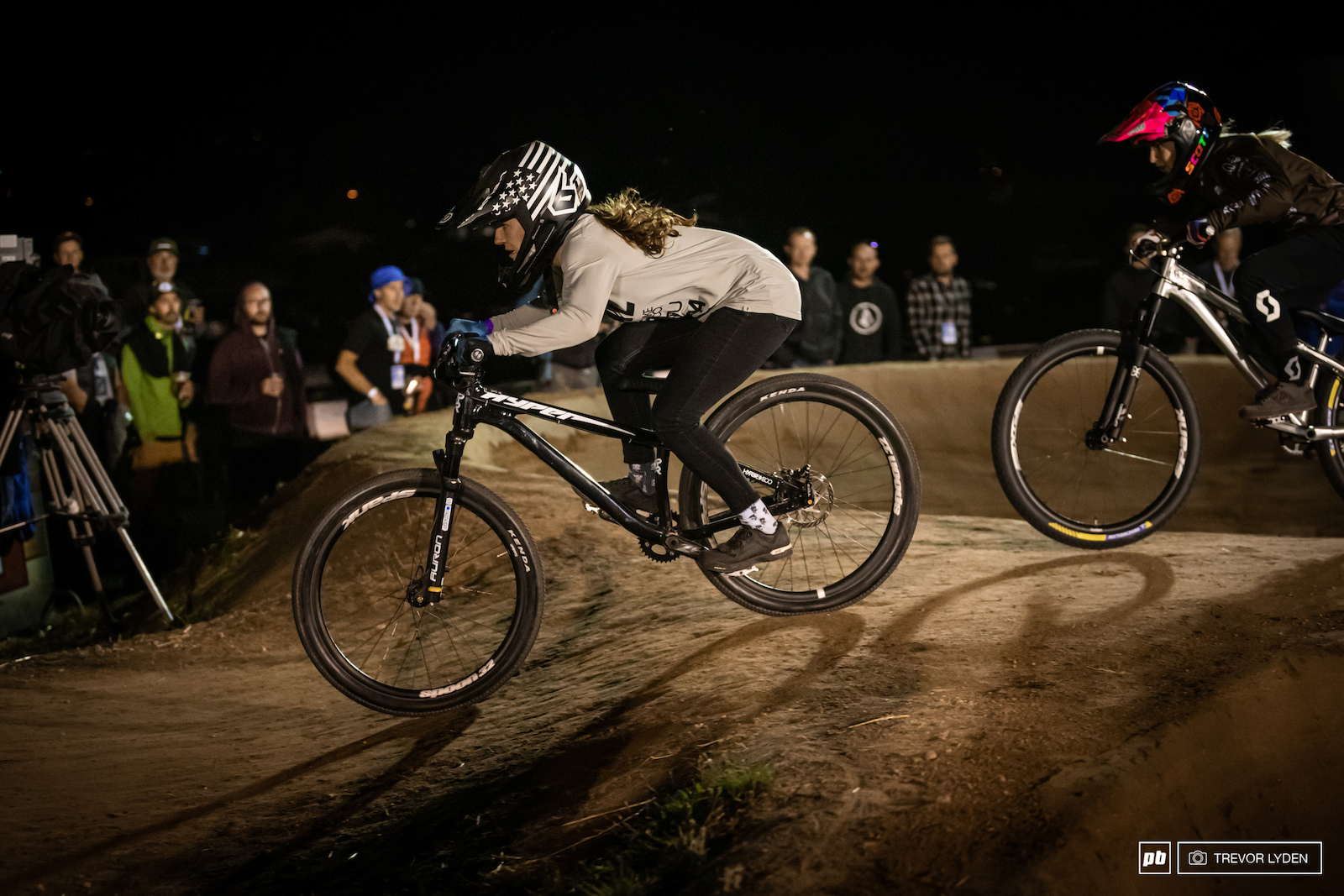 Scott was able to put daylight, well, floodlight, between herself and her competitors as she raced through the heats. 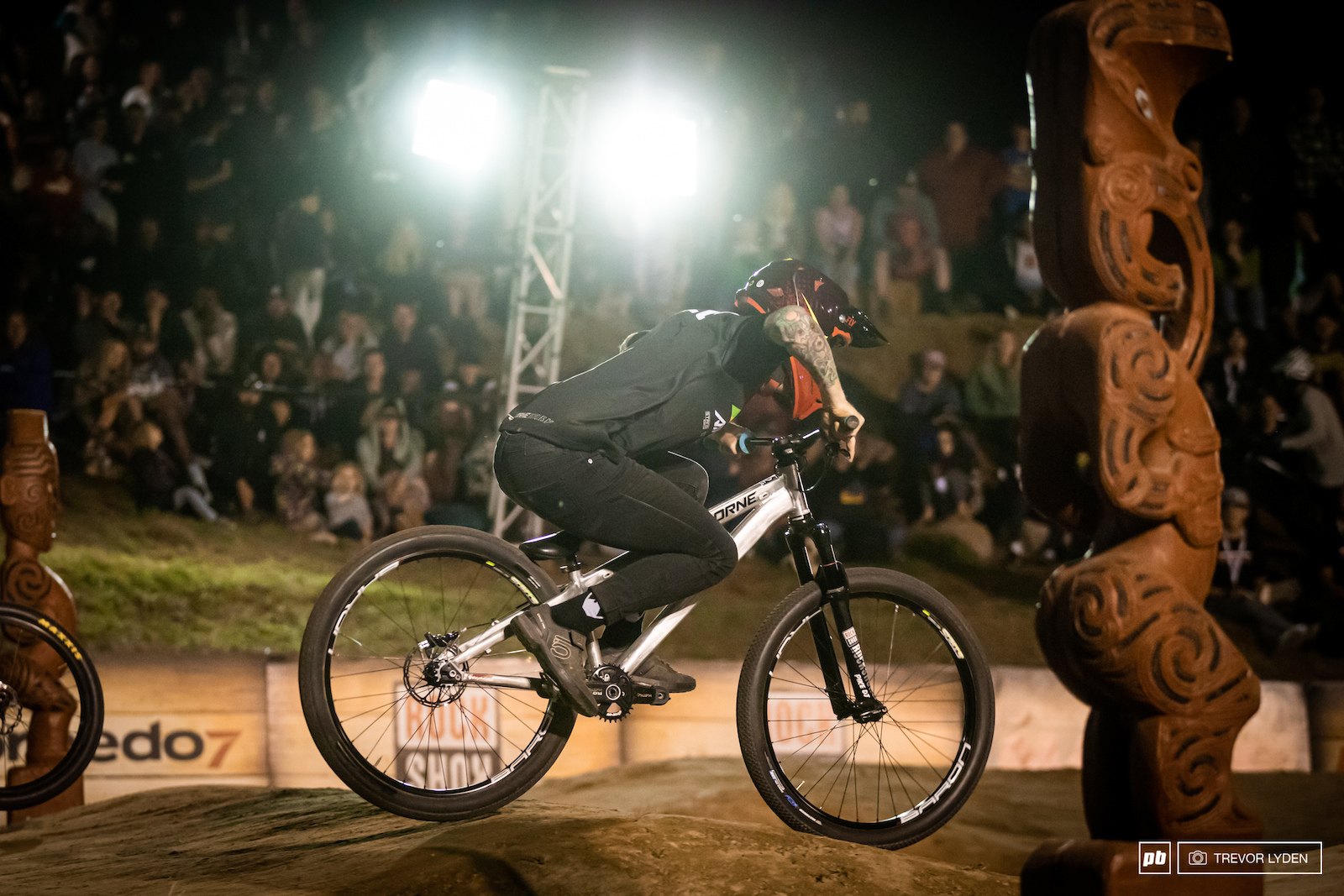 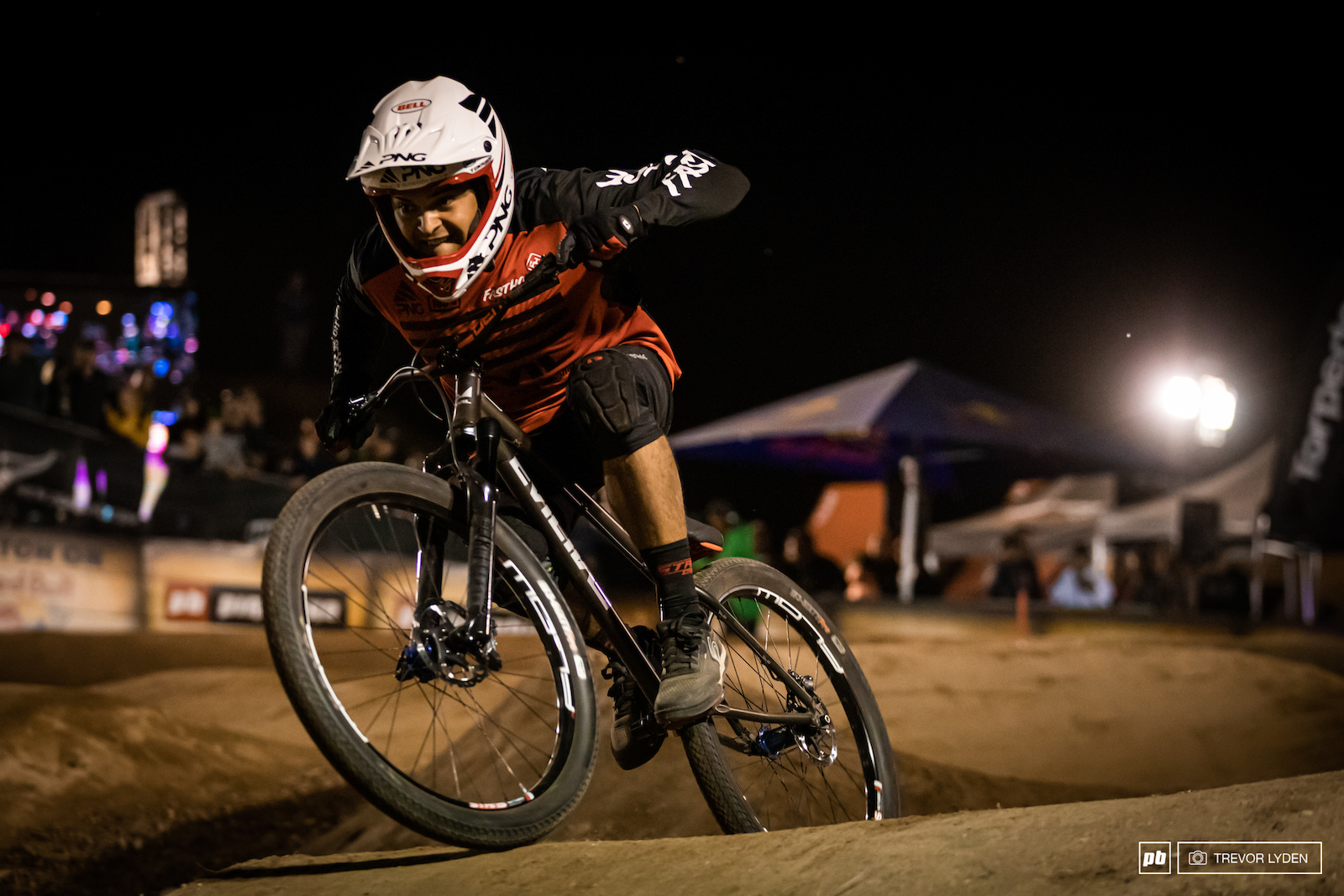 Bubba Warren on his way to 3rd place. 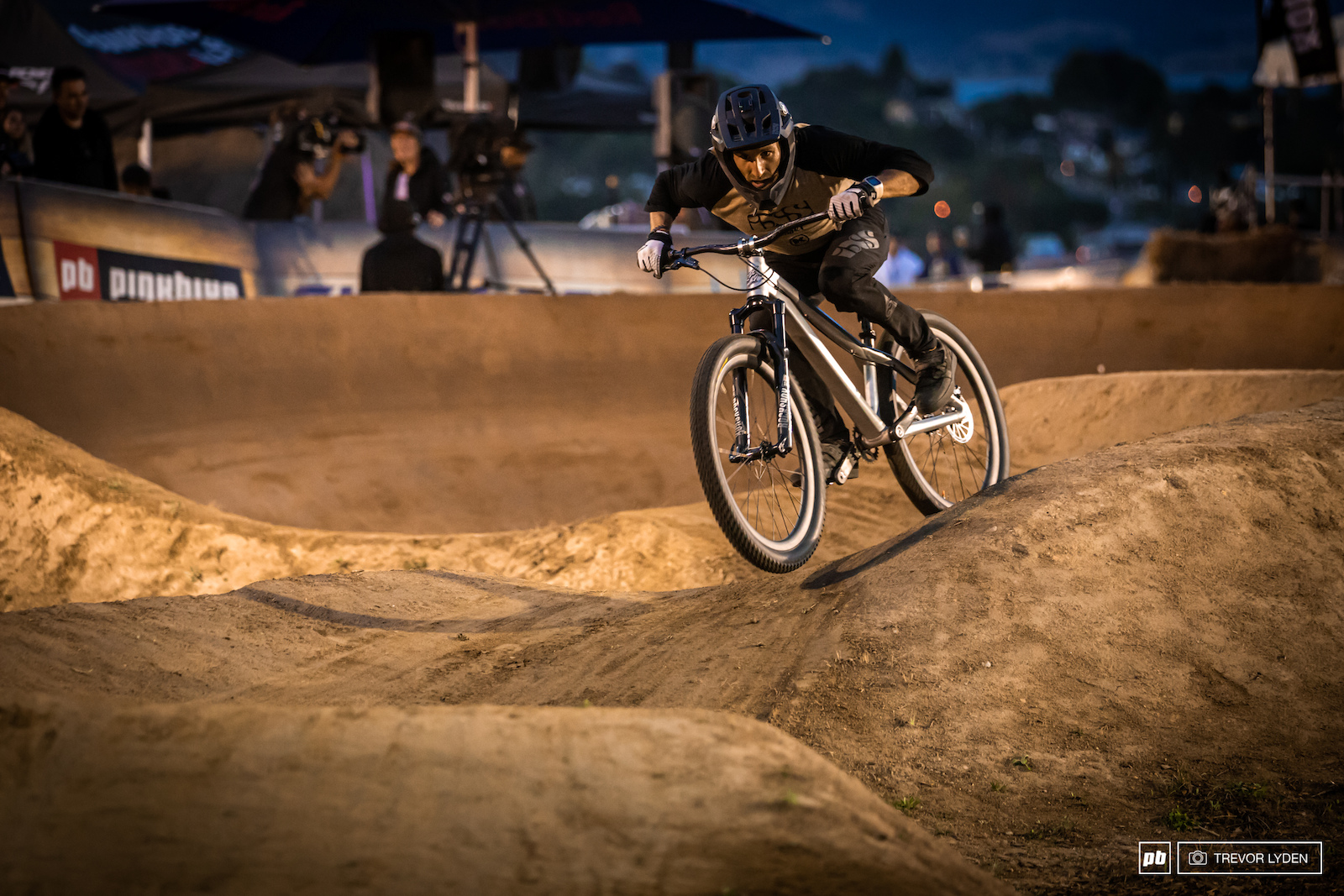 Adrien Loron put in a strong showing as always. 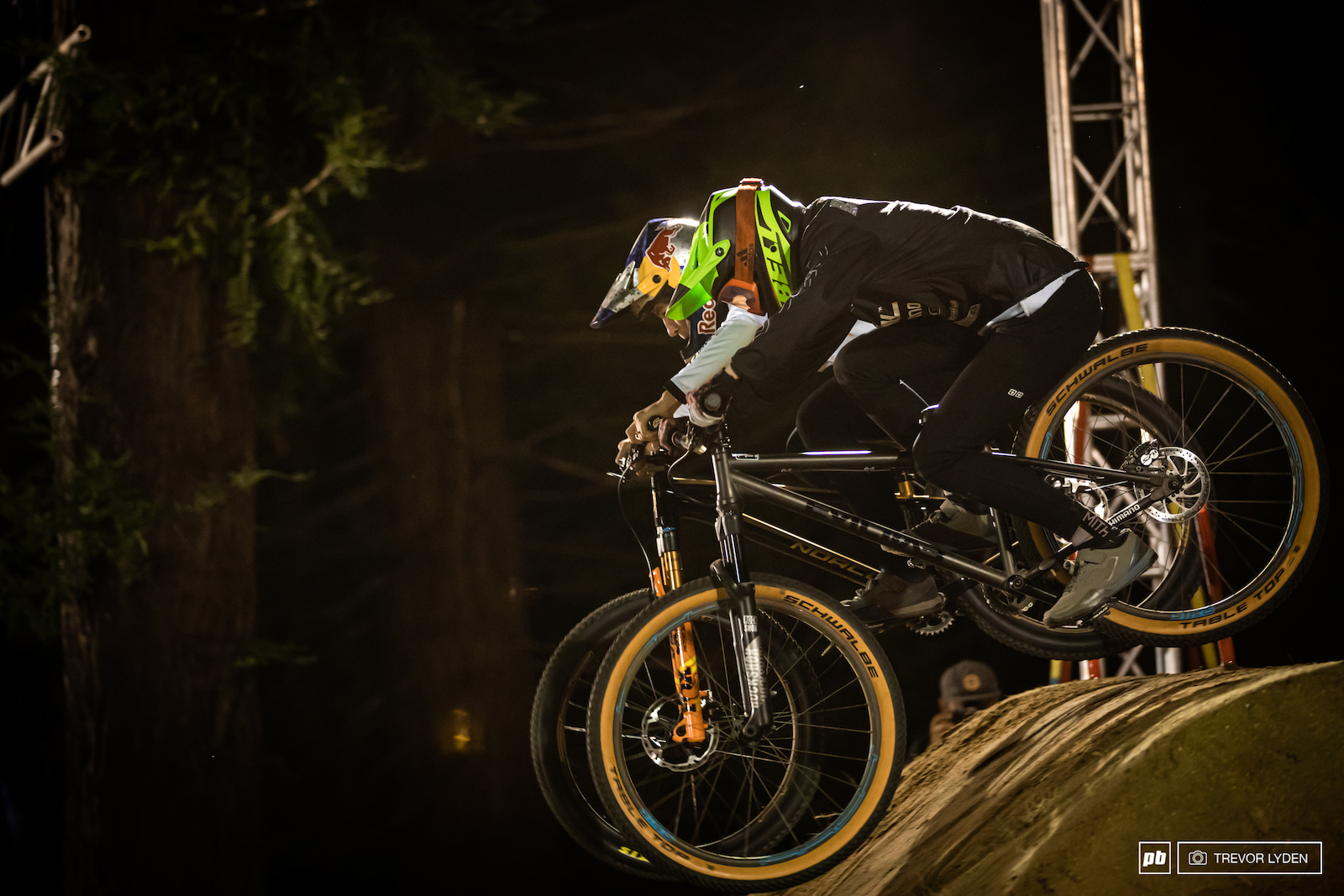 Dani and Jill neck and neck. 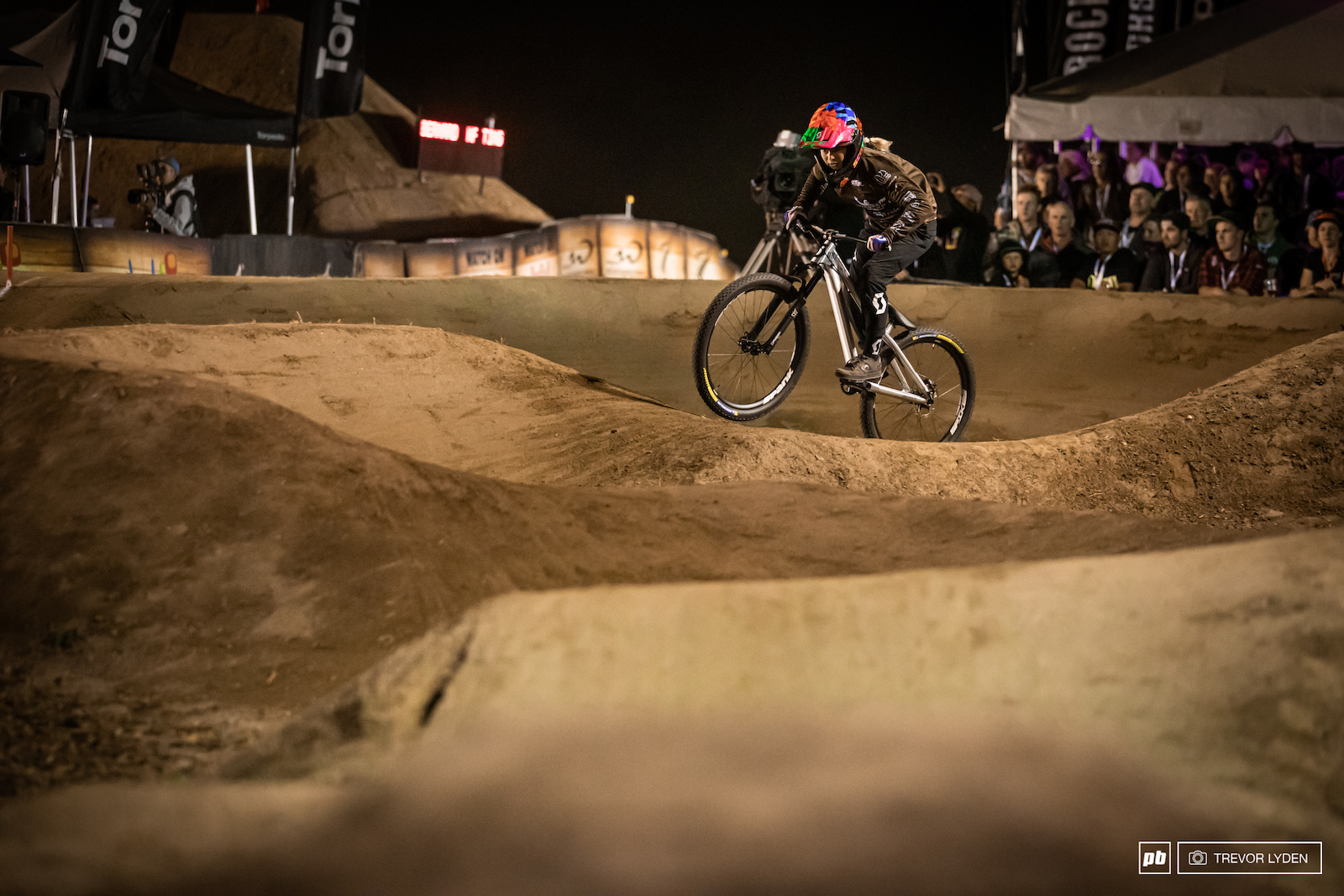 Mathilde Bernhard picks her way through a maze of whoops 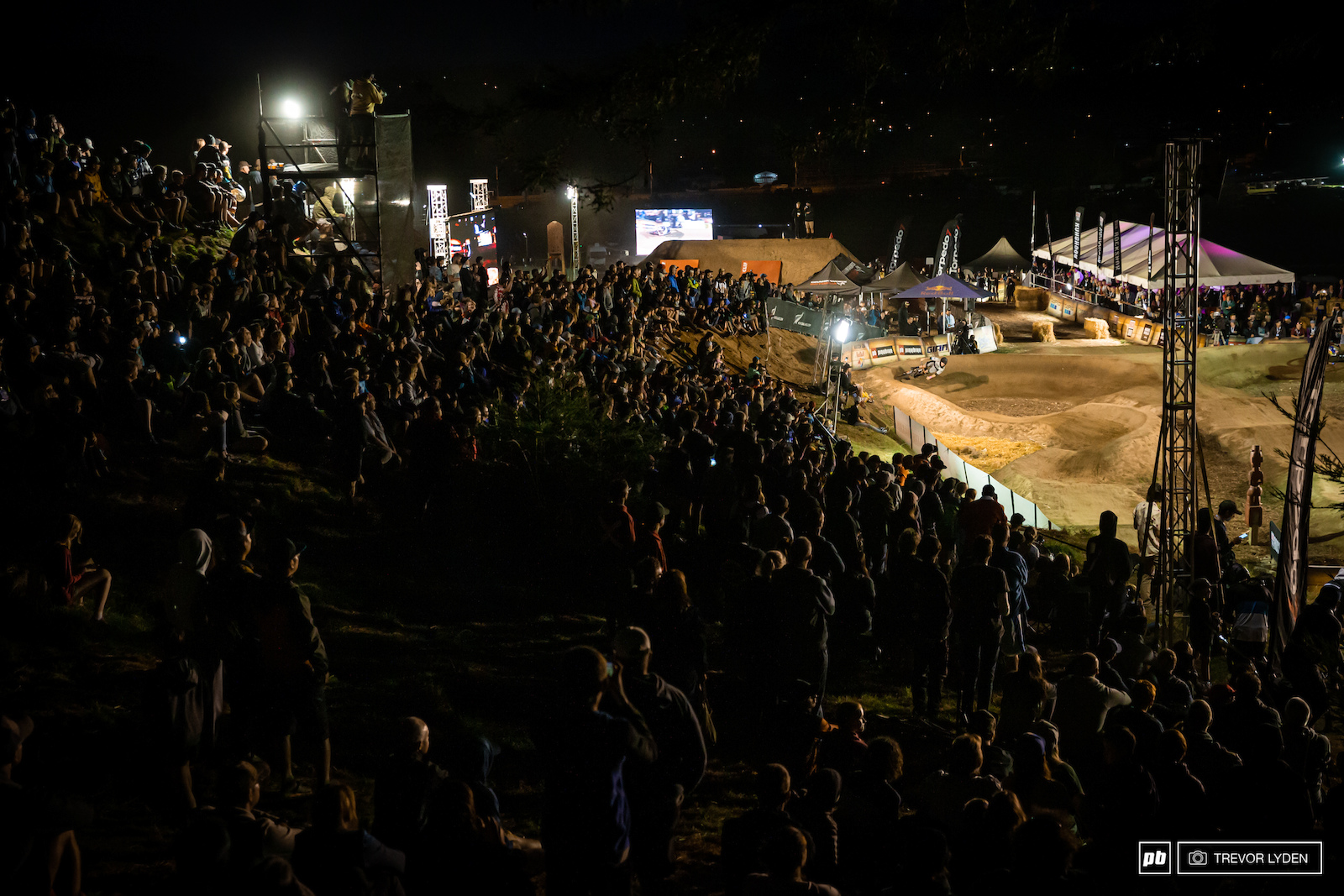 A big crowd created a cauldron of an atmosphere. 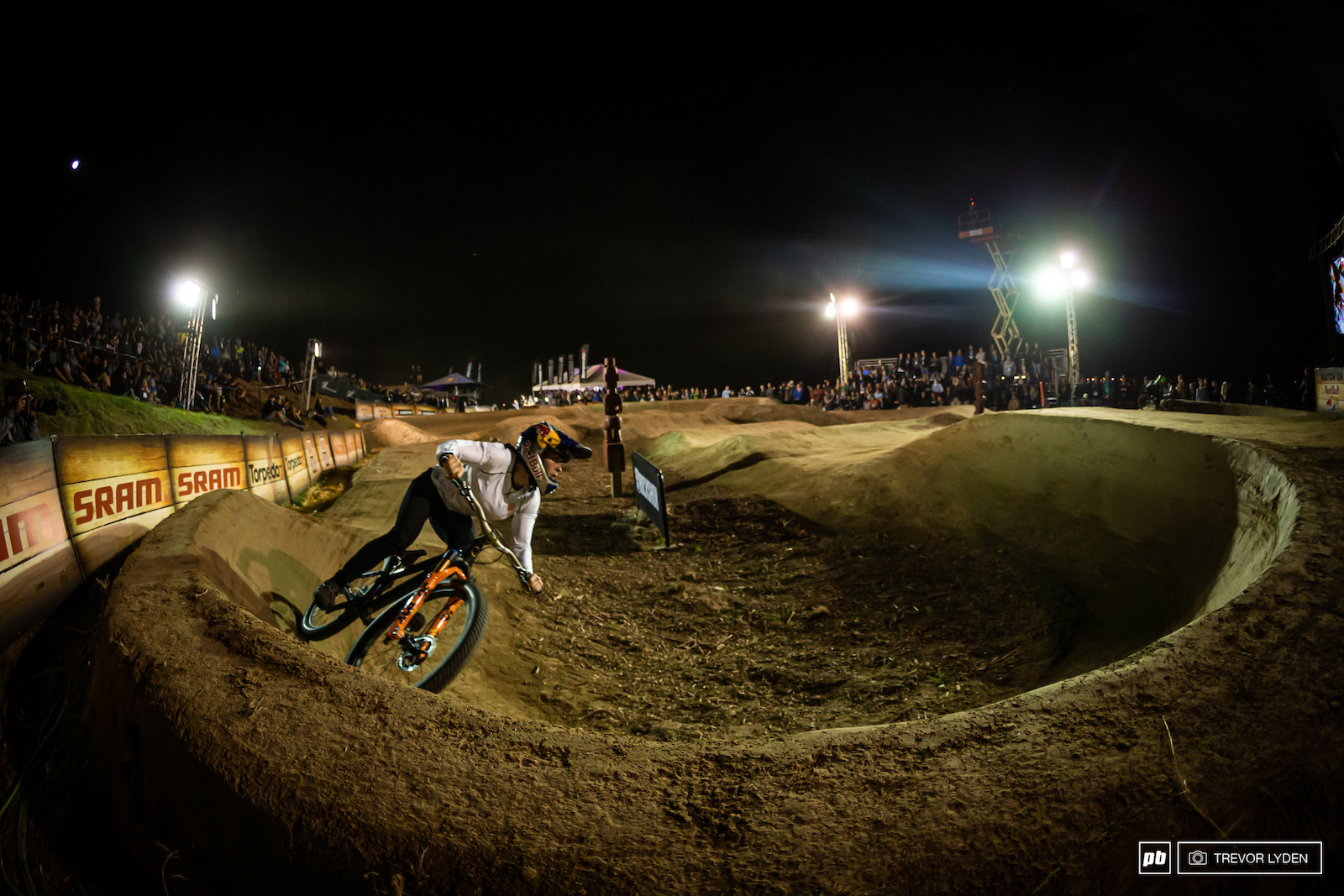 Jill preparing to swoop into the final straight. 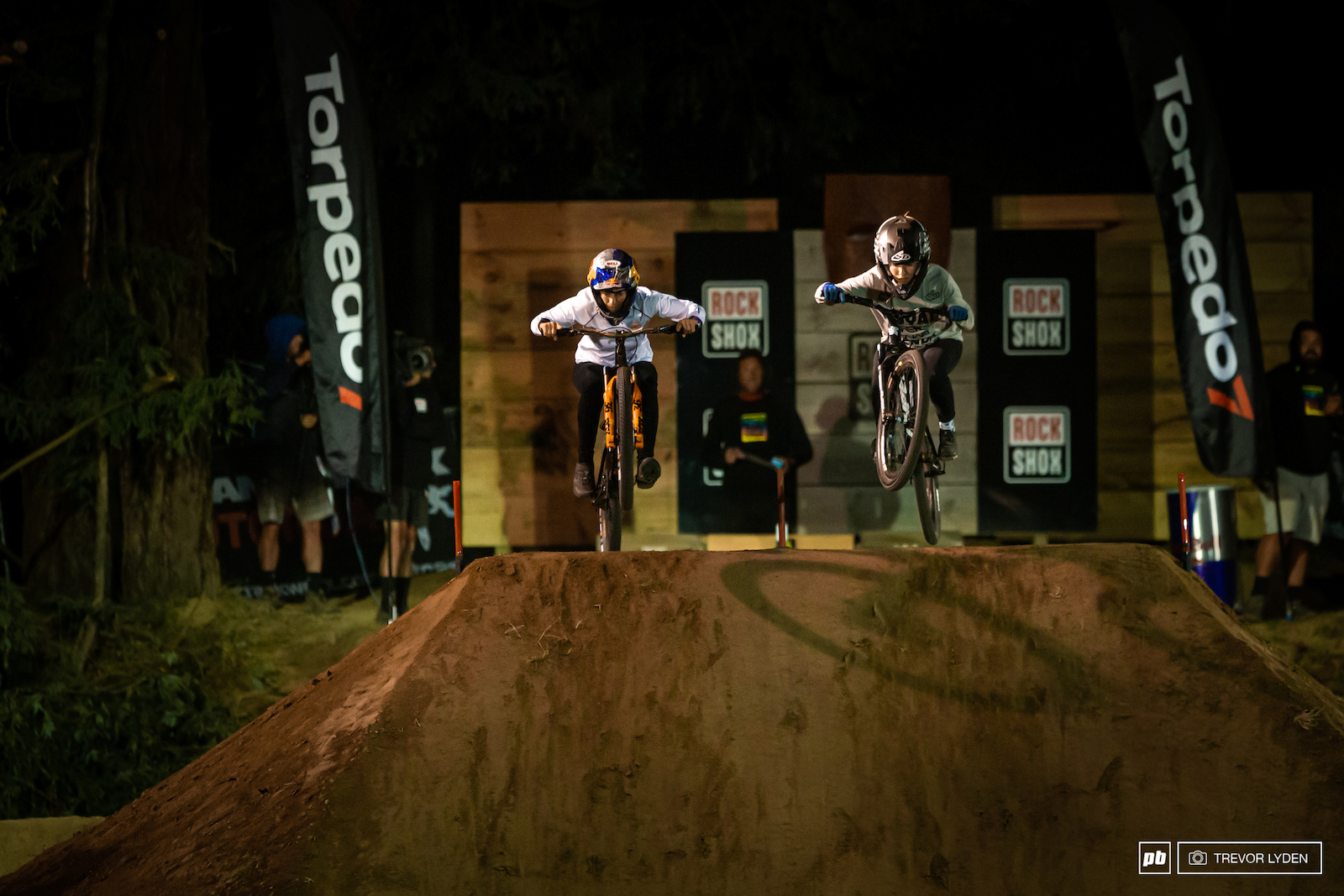 The final heat for the ladies, Jill vs Jordy. 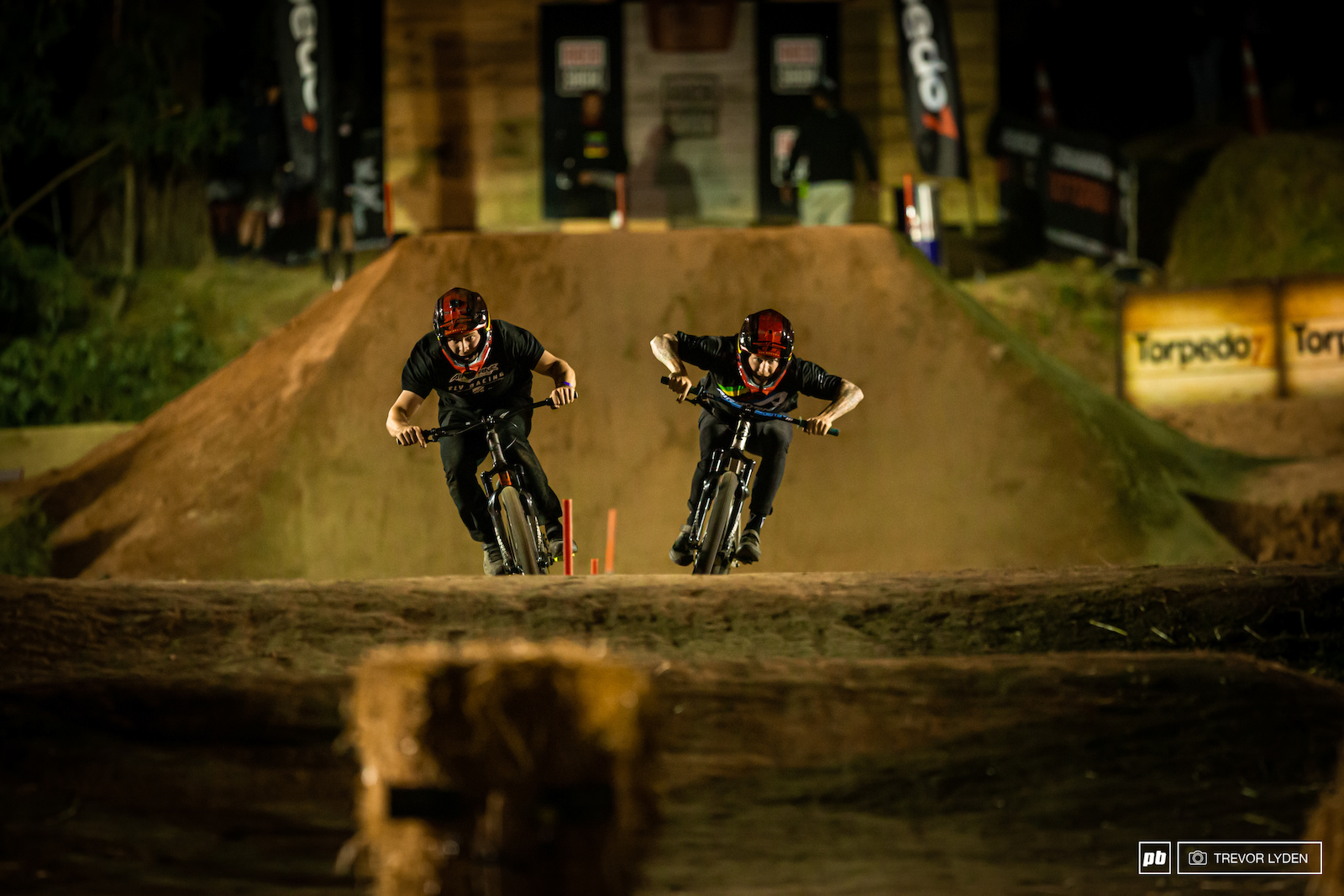 Are we seeing double? Nope, it's teammates and good friends Tommy and Colin Hudson battling it out for first and second place. 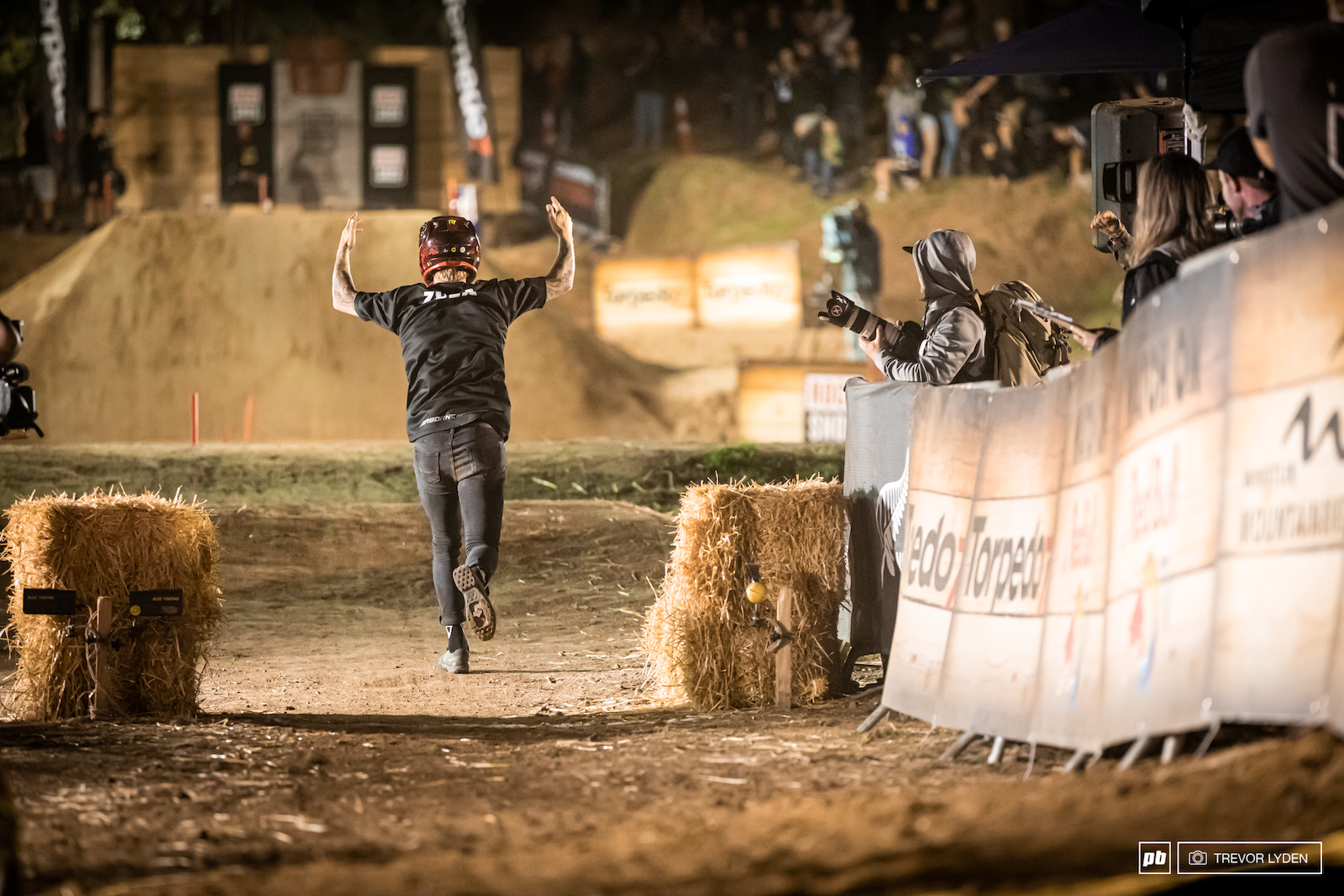 Zula is one of the most excited competitors at Crankworx. 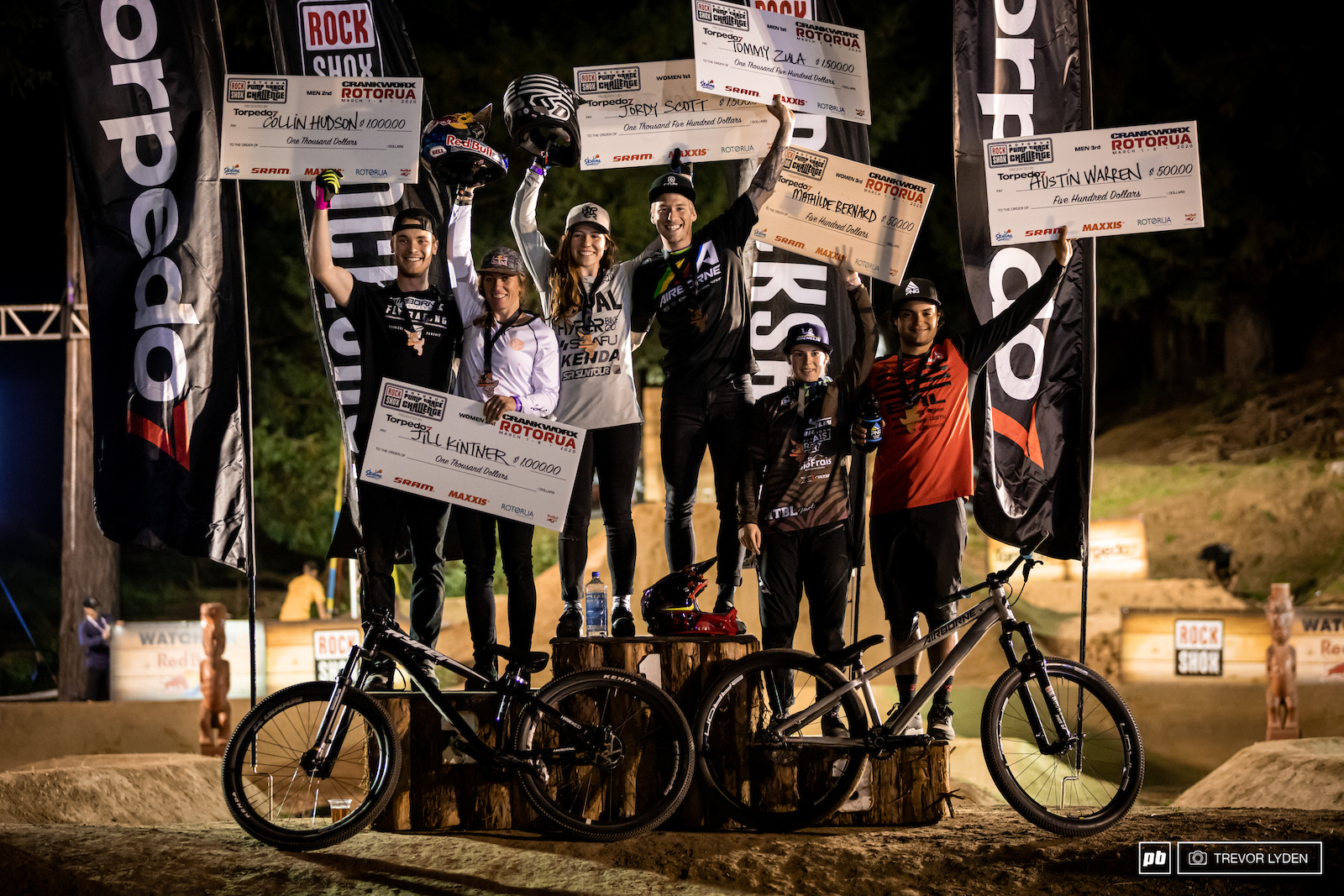 ImageDesignCustom (Mar 9, 2020 at 7:56)
Tomas Lemoine put in such a strong showing, he added an extra 'h' to his name and eventually turned into Adrien Loron.

ImageDesignCustom (Mar 11, 2020 at 7:44)
And subsequently Pinkbike changed the caption and now we look like idiots.

jimbsport (Mar 9, 2020 at 9:34)
ii taught that you didn't any front brake for pumptrack until i saw the picture of jill kintner. is there any reason for a front brake ?