Photo Epic: Running with the Bulls - The Techniques and Fitness Needed to Get the Shot at the XC World Champs 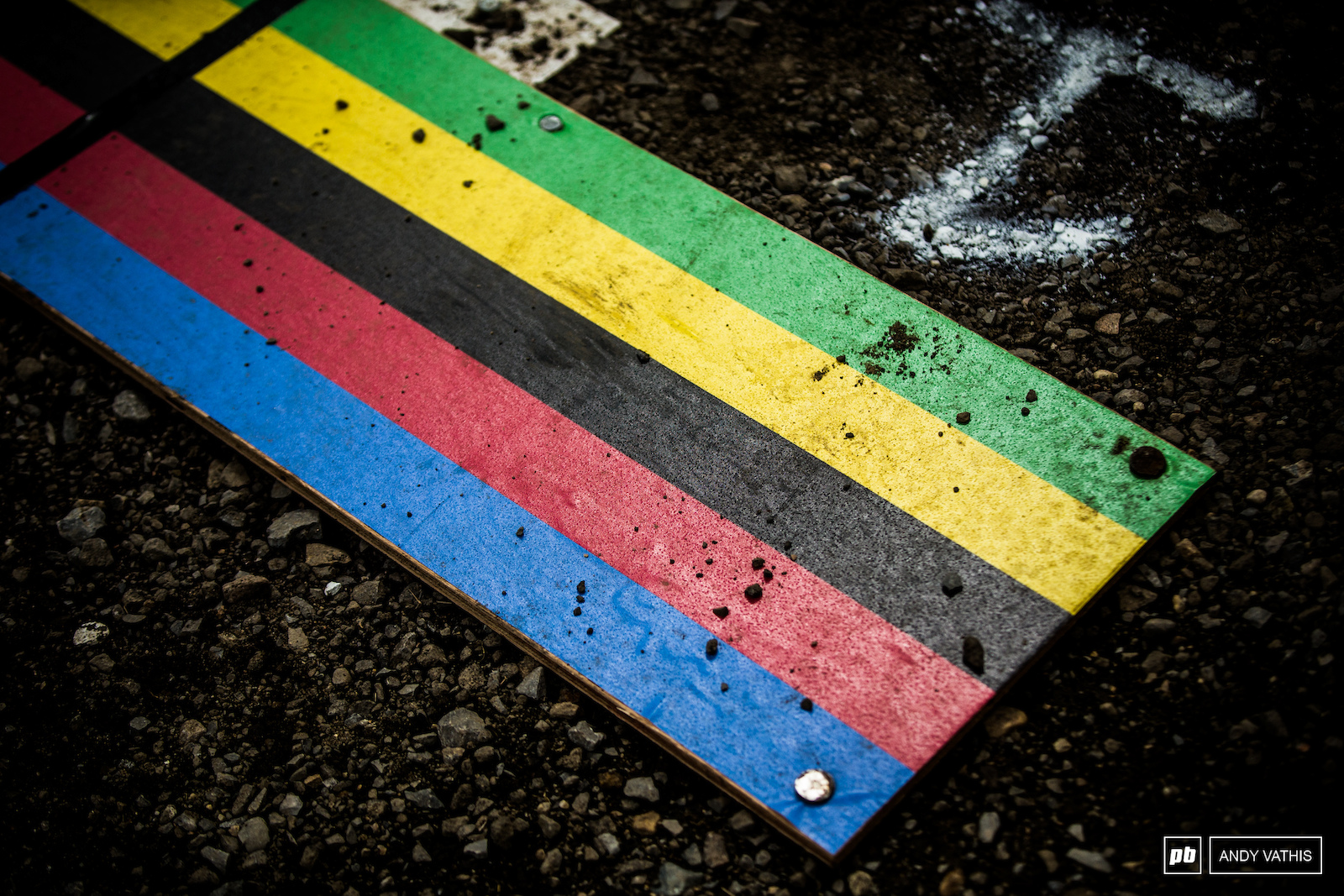 
Racing XC takes a superhuman level of fitness, determination, and discipline; all of which shouldn’t come as a surprise to anyone who’s either gone to watch a World Cup event or streamed one online. Simply put, it’s not your average trail ride or even a local Wednesday night race. Most of these athletes were raised on structured training regiments and proper nutrition along the way until their turn came to prove themselves on a world class level.

I, on the other hand, have none of these traits. Sure, I ride my bike as much as I can and swap between the gym and nights at the hockey rink over the winter but as far as actual training goes, it isn't much to be proud of. However, out on the course, I'd like to think I'm part of the in shape gang of photo bib bearing out of breath photographers trying to keep up with the action, lap after lap. It gets the blood flowing real quick, especially at the higher elevation rounds like Andorra.

Last year, I started thinking about not just how much energy I exerted shooting cross country races but also what routes I take to get to my photo spots. As photographers, we have our own strategies to bag all, if not most, of the shots we need. There is some planning involved and walking the course before hand is the big first step. Then, there is deciding what is the most efficient route to get around while trying to be conscious of where the pack is going to be when you get there. Timing is everything when chasing the world's fastest racers. Honestly, the hardest part is keeping track of the lap count while all this is happening. It sounds like chaos and, for the most part, it is.

So here bellow are my running logs for both the women's and men's races posted to Strava last year during the Mont Saint Anne World Champs and the XCO course map. Unfortunately, my heart rate monitor never connected and with all that was going on, I never noticed. You'll see the trajectories are quite similar with only minor adjustments that account for the extra lap that the men did or if I found a better angle after shooting the women's race. 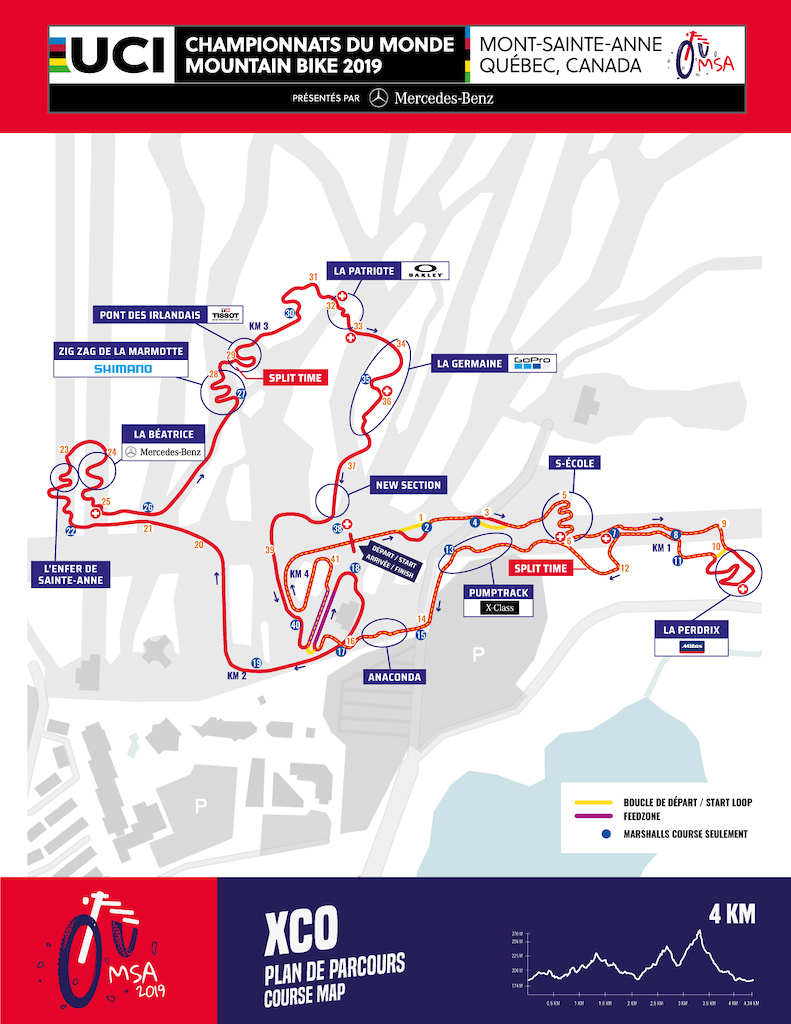 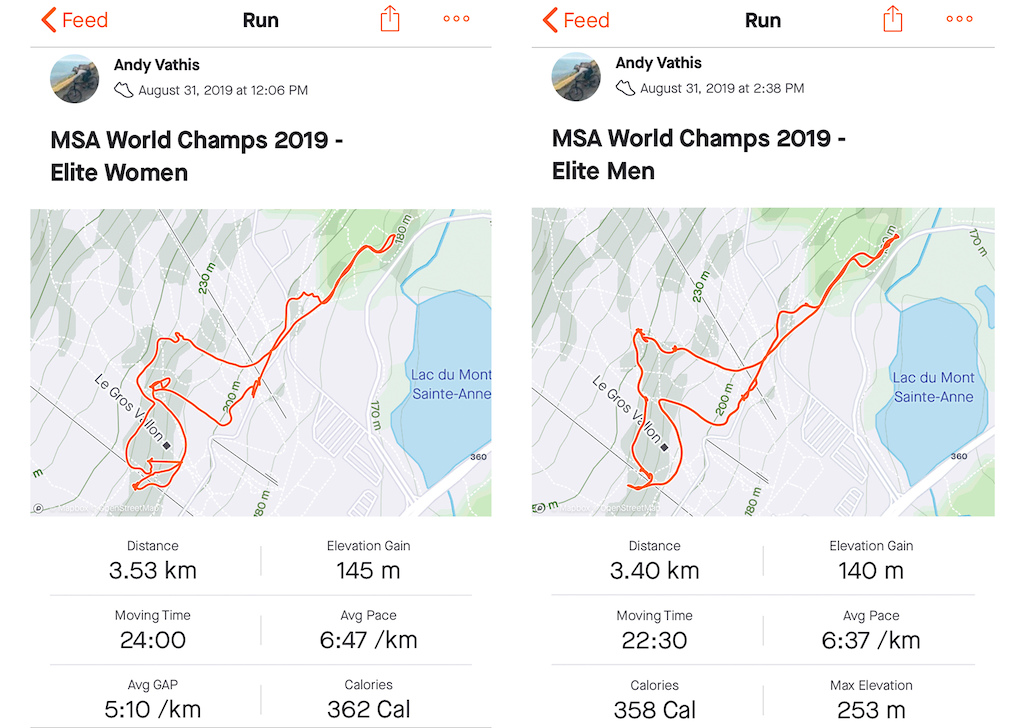 I was surprised to see how low my moving time was compared to how long the race goes on for. While out shooting, I feels like I've been running for hours. I would guess that it comes down to how quick or early I get to my shooting locations. At most spots, I'll have a shot in mind that I'd like to achieve and it always helps to arrive with a plan. I try to give myself any extra time possible if needed to setup and adjust depending on where the rows of people will be stood once I get there. I'm also quite certain I burn more than the 300+ calories posted, it feels like it anyway. It's interesting to note that for the women's race data sheet, there is definitely evidence of being confused a couple times while running through the woods. The scribbled orange lines don't lie! 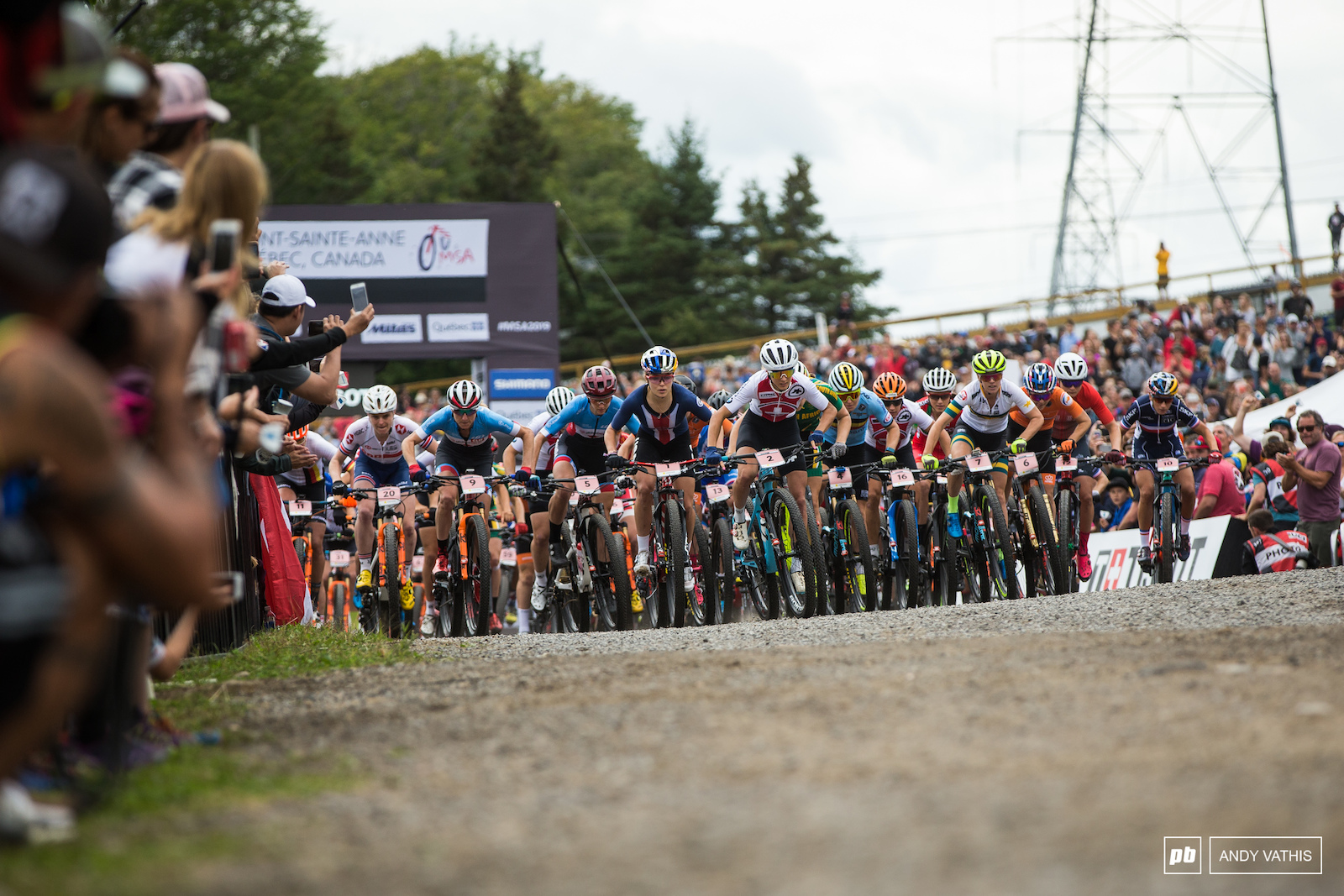 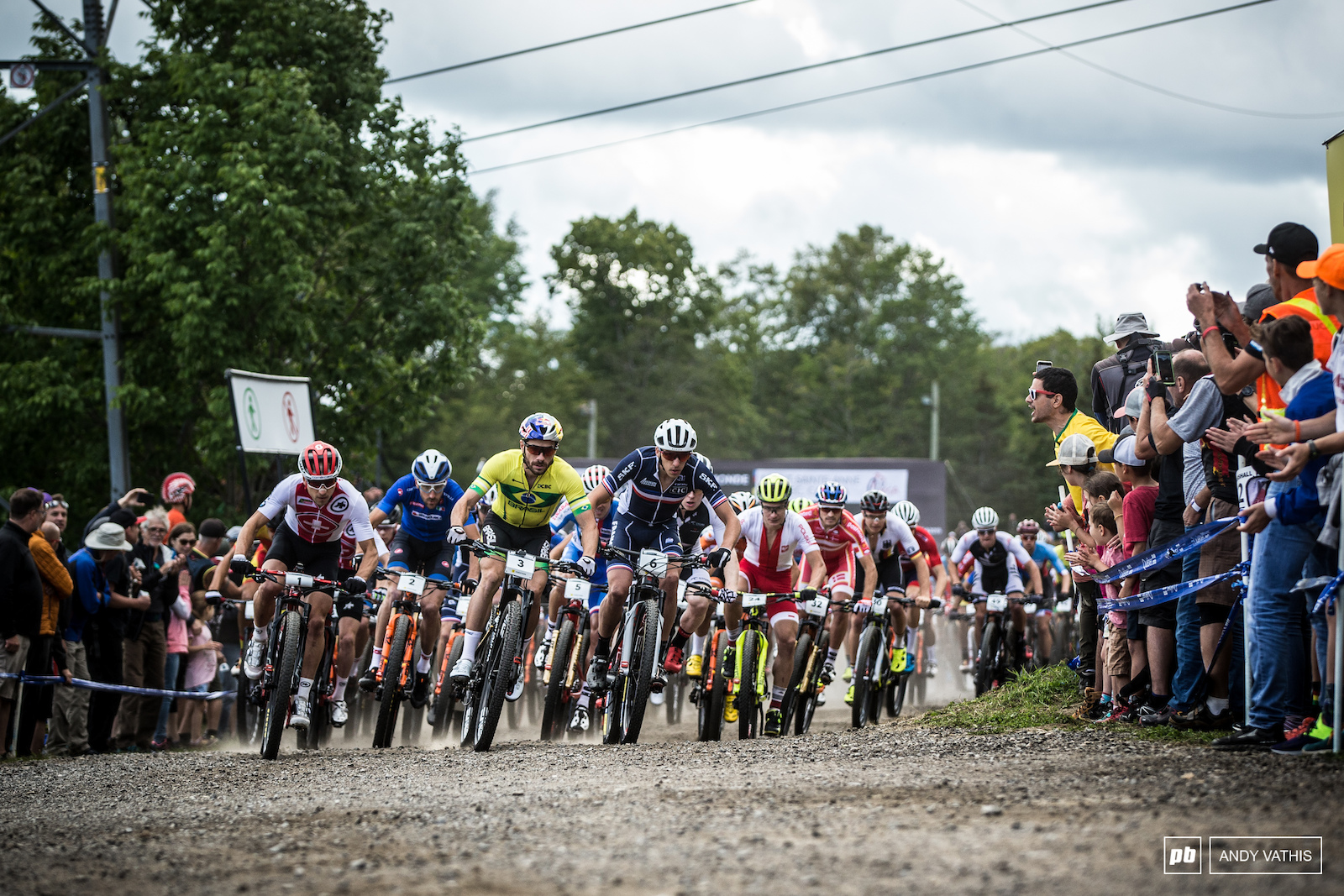 After shooting game faces, details, and the start of each race, the first objective was to sprint to the far right of the track while the start loop was happening. 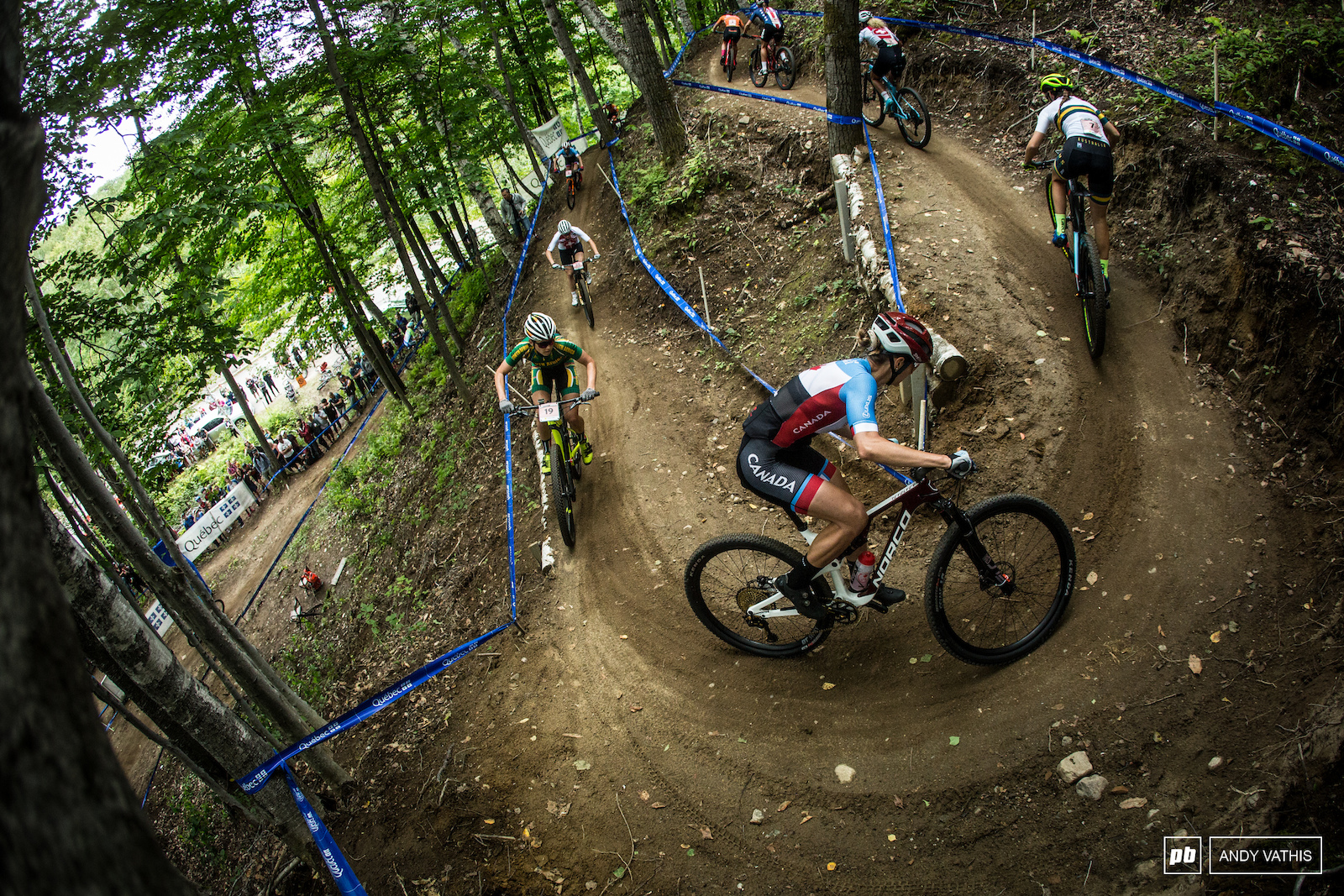 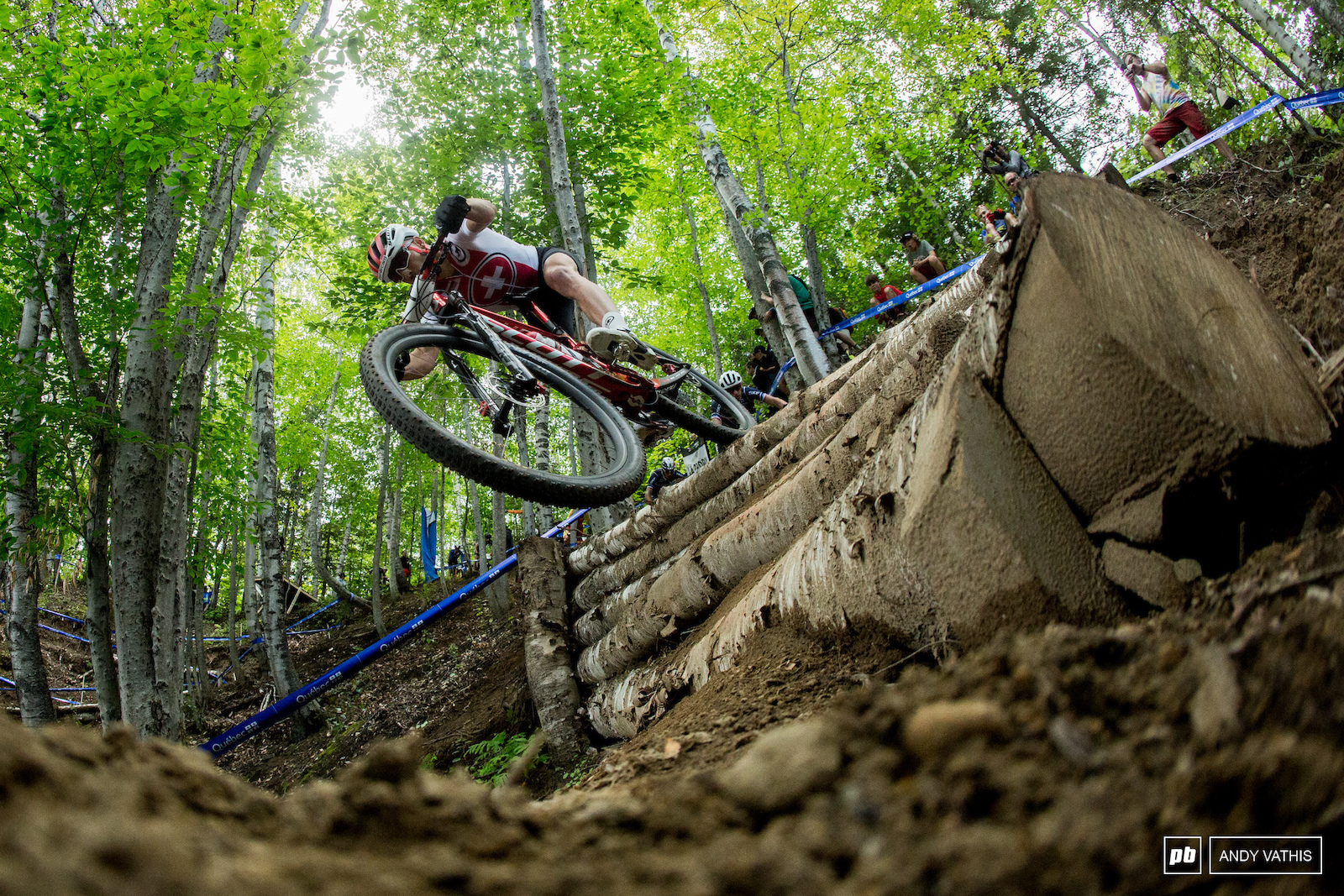 The sprint towards the Perdrix allowed for a different angle from what you'd find on the rest of the course. It was also a spot where I had to time myself getting there and back to the main sections of the course. 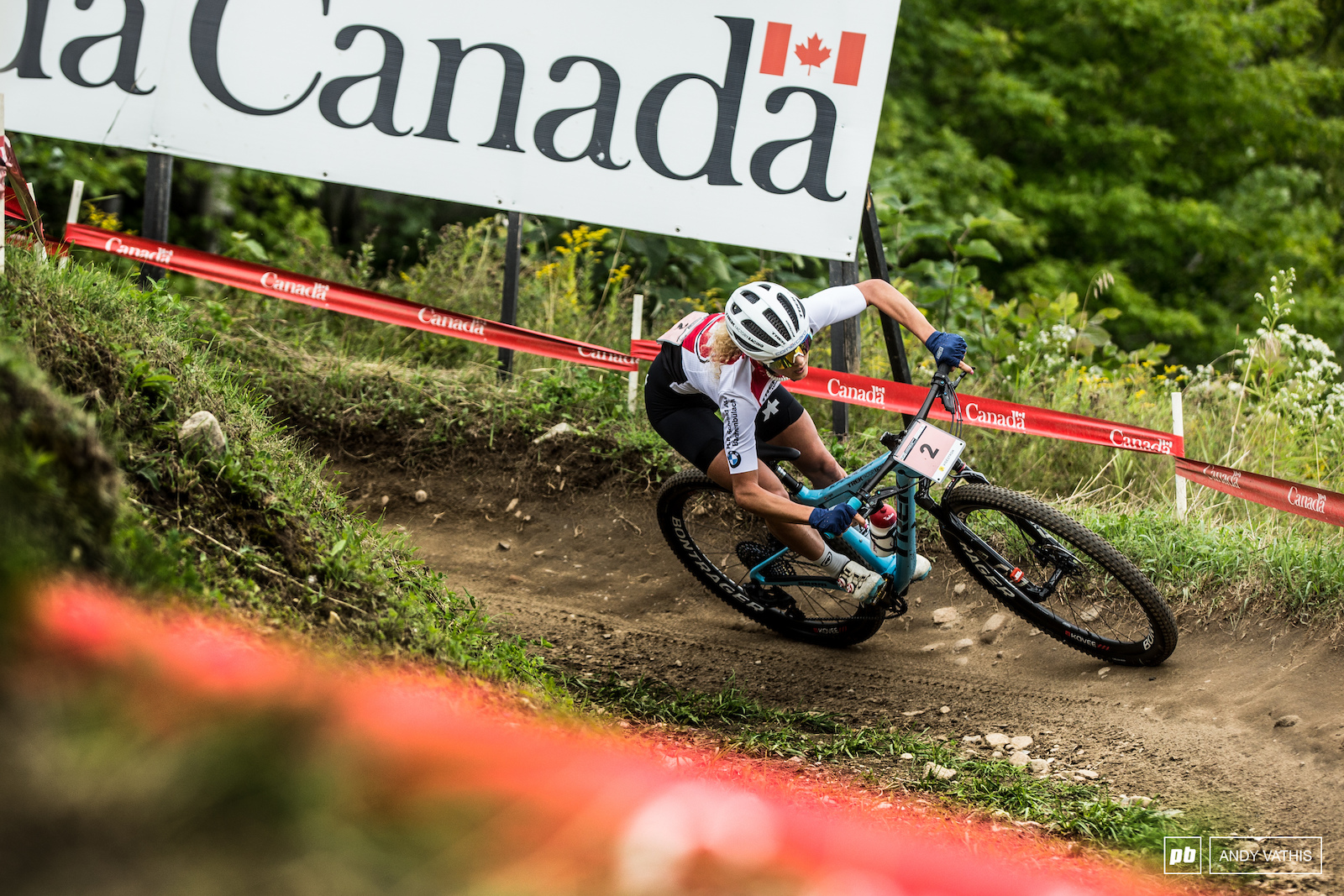 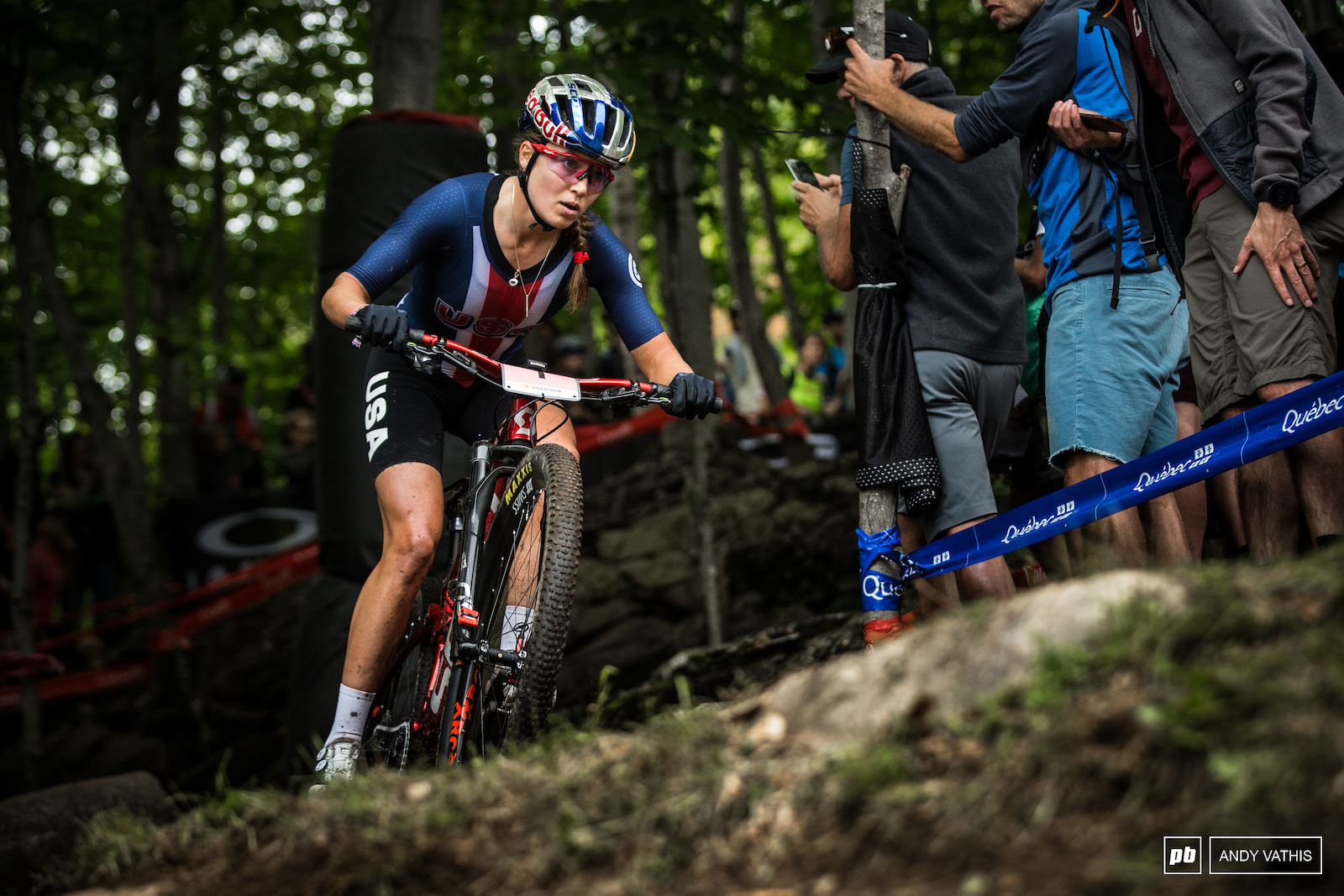 The second and third photo spots for the women's race. I got held up by course marshals coming after a wrong turn getting out of the far corner and had to settle for a shot in the S-Ecole berms before running up the hill to the exit of the La Patriote rock slab. Sometimes mistakes like that can be costly but luckily I made this one work. 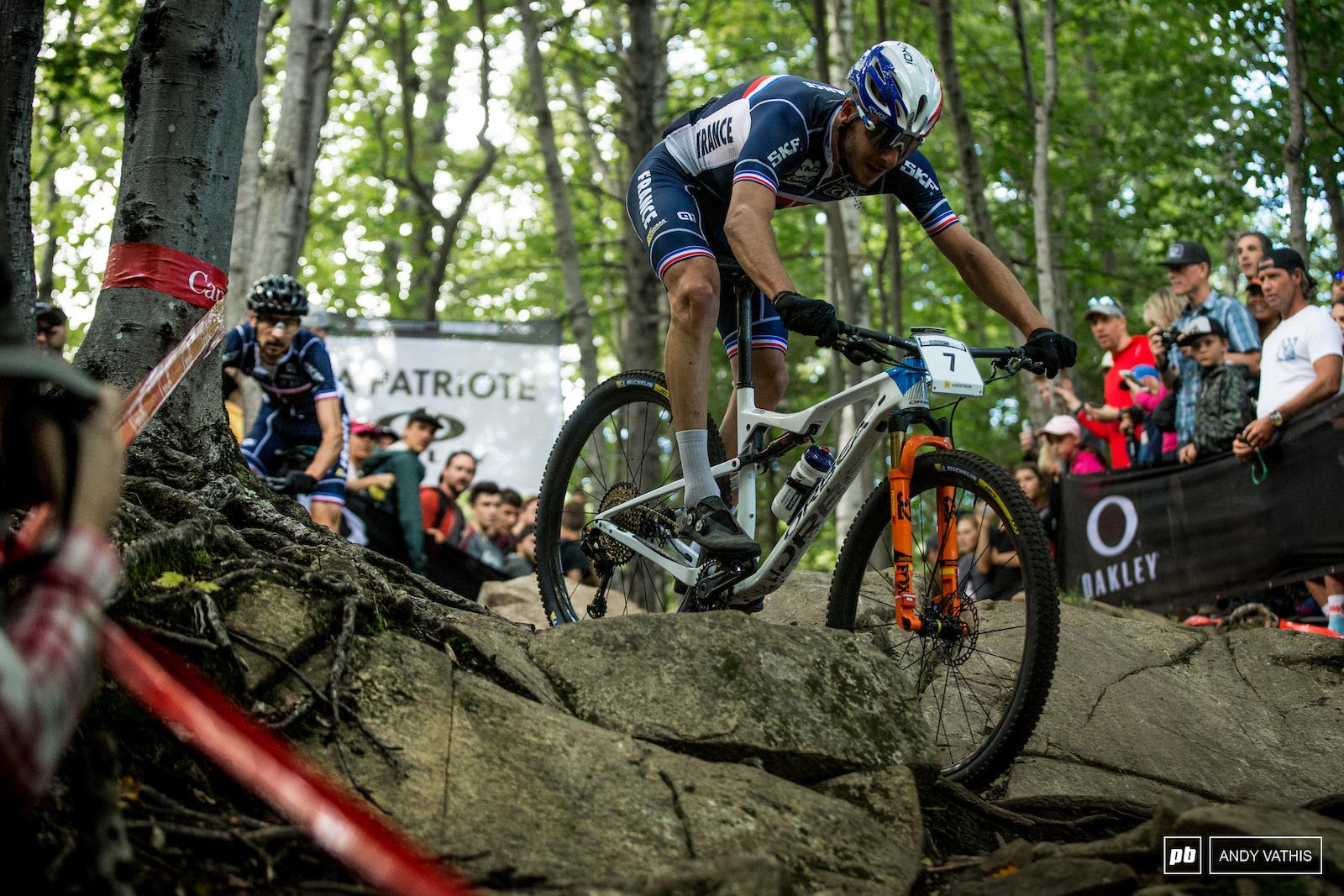 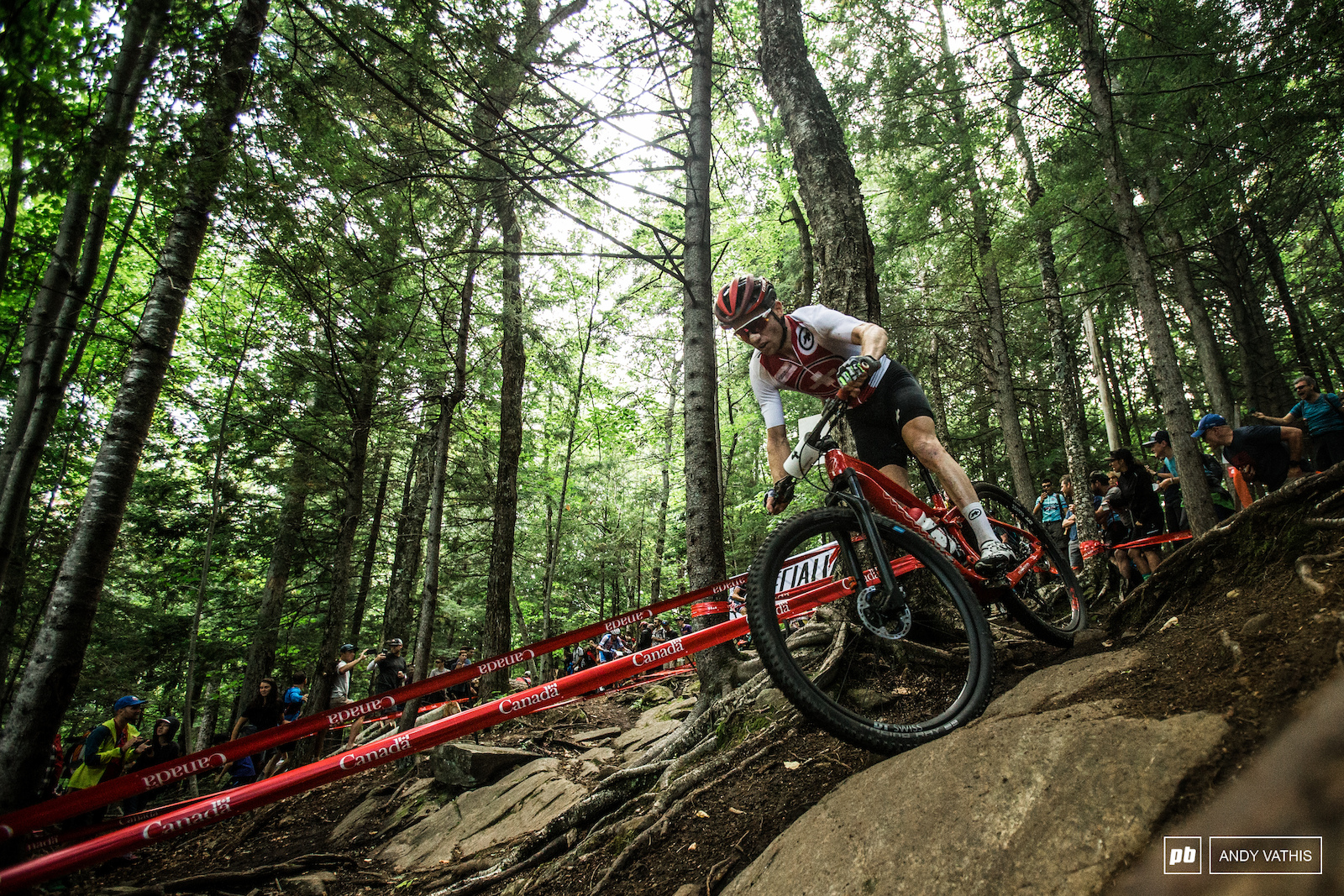 Getting to the second spot for the men's race went a whole lot smoother after finding an alternate route out from the far end of the course. The third location was just up the hill from there, too. 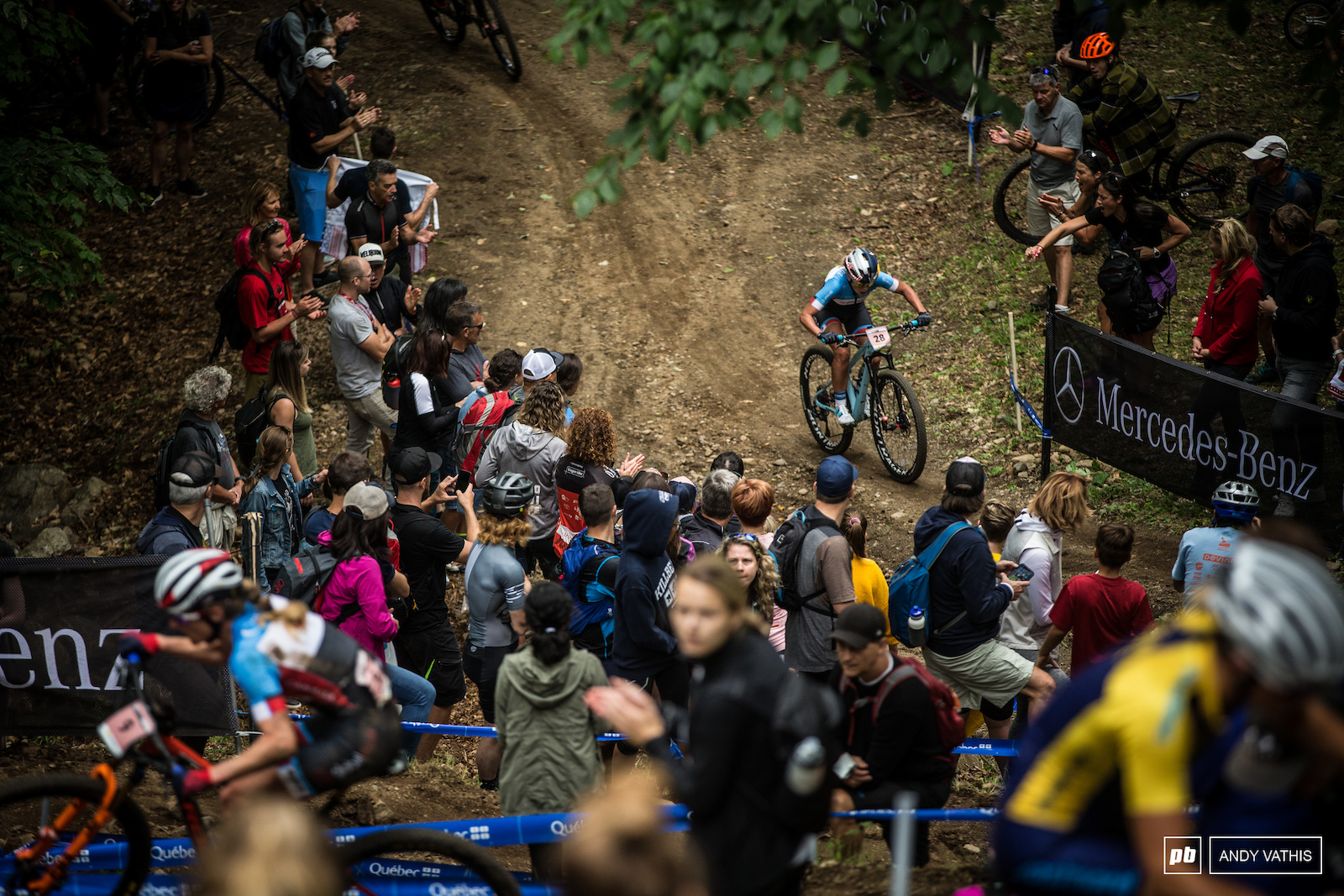 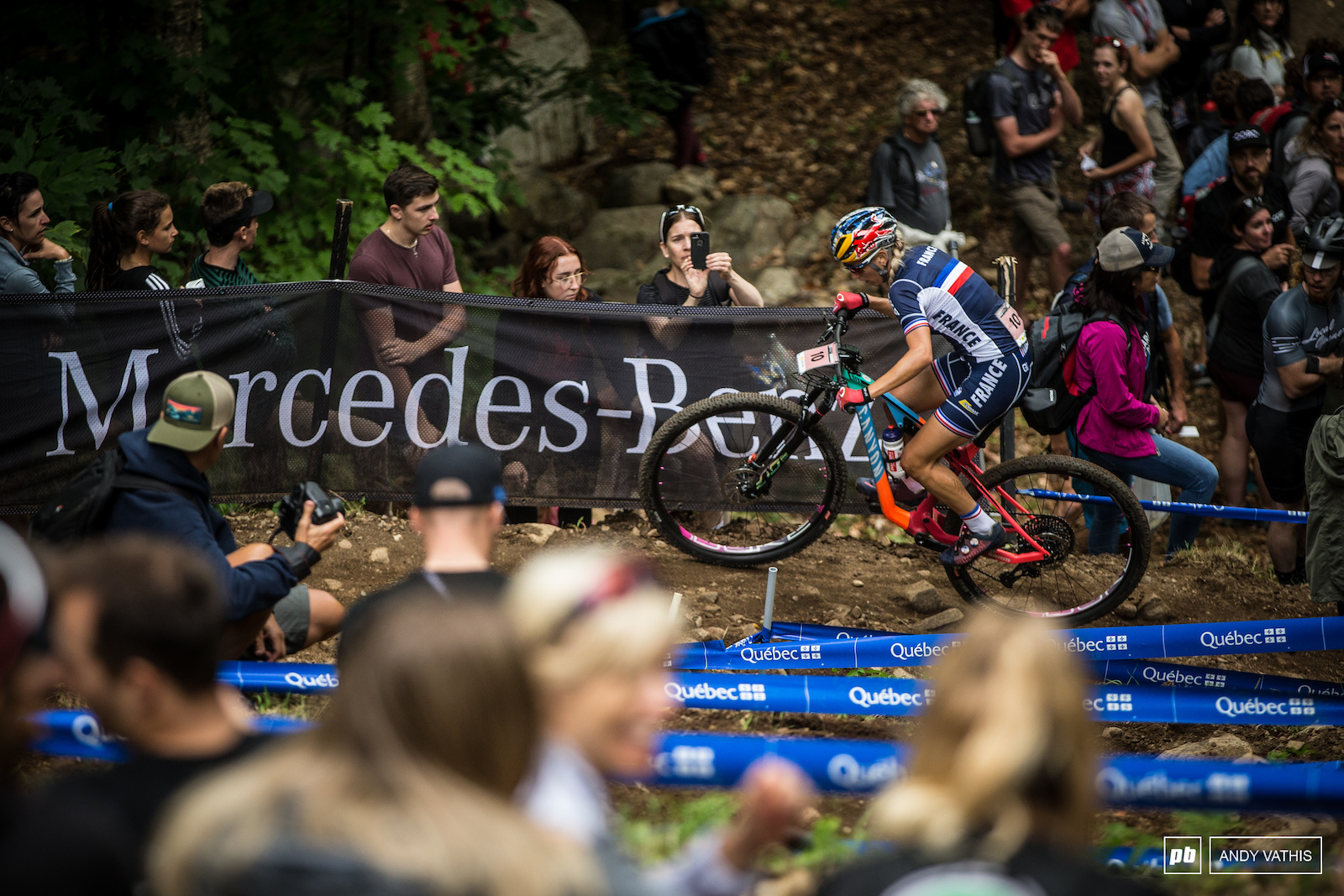 A favourite spot of mine is the L'Enfer de Sainte-Anne climb. It's a ways away from the middle of the track but well worth navigating the crowds for it. 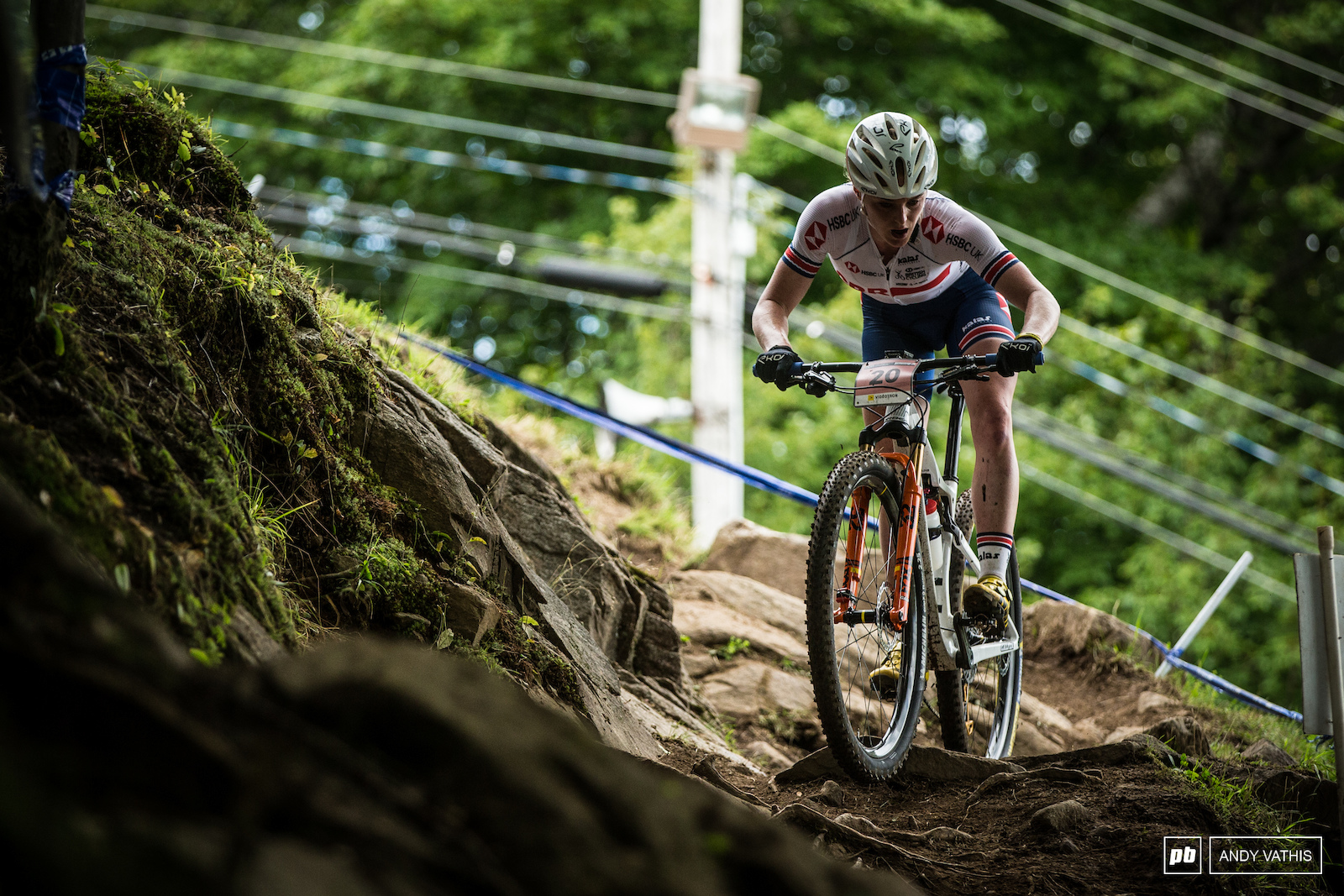 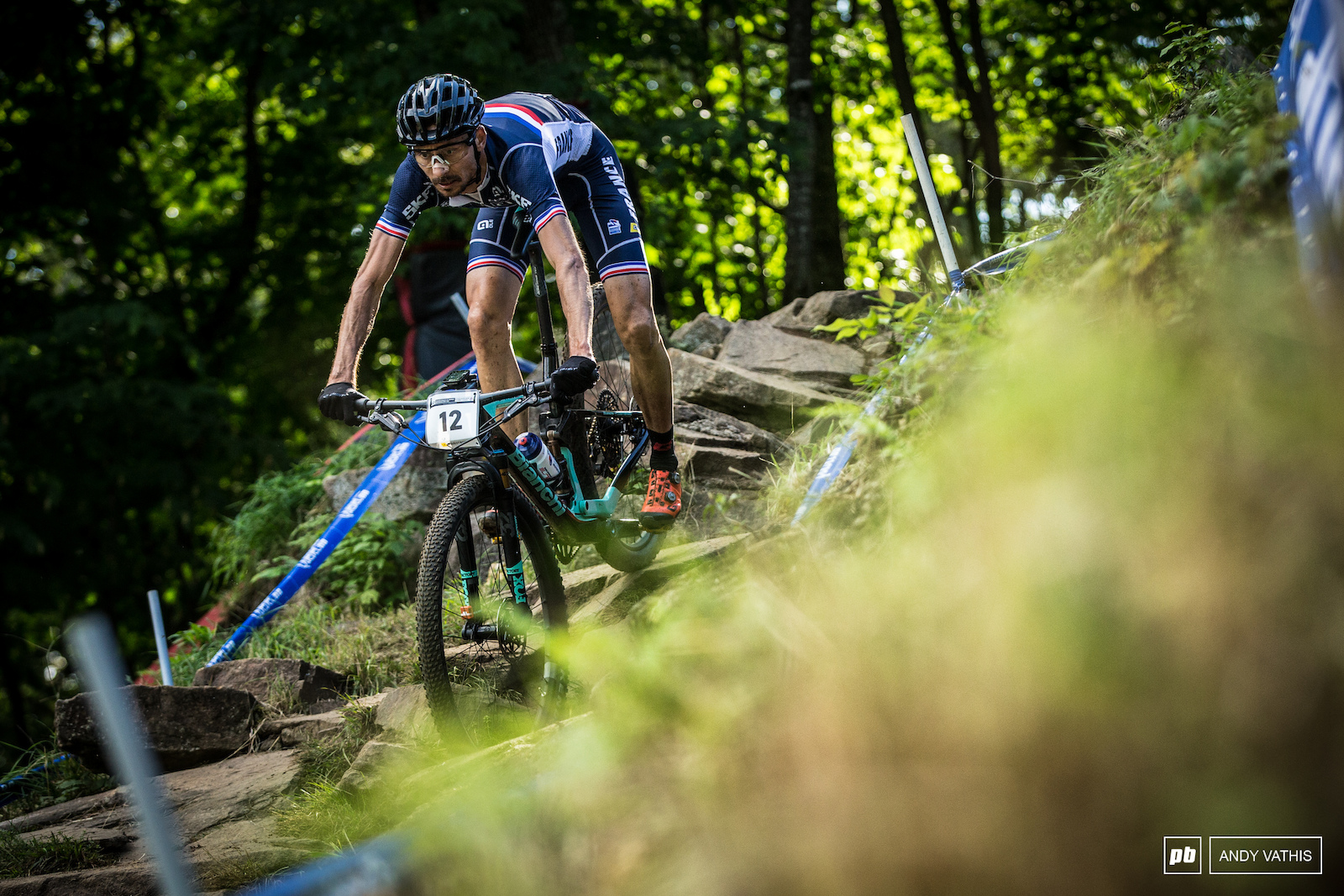 The Beatrice downhill section is one of the toughest on the circuit. If the opportunity presents itself, I like trying two different angles here before heading back into the heart of the course as the race comes to an end. 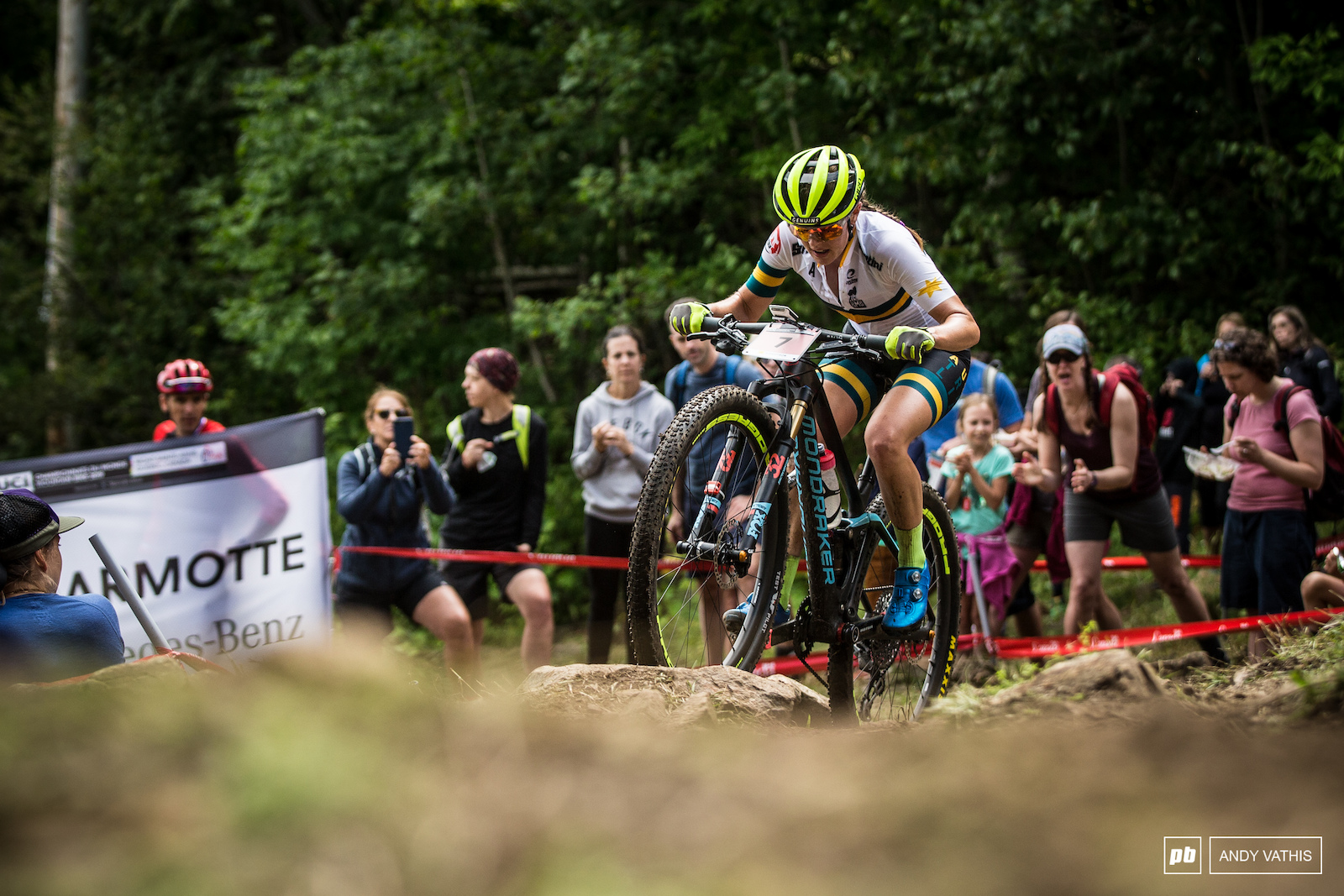 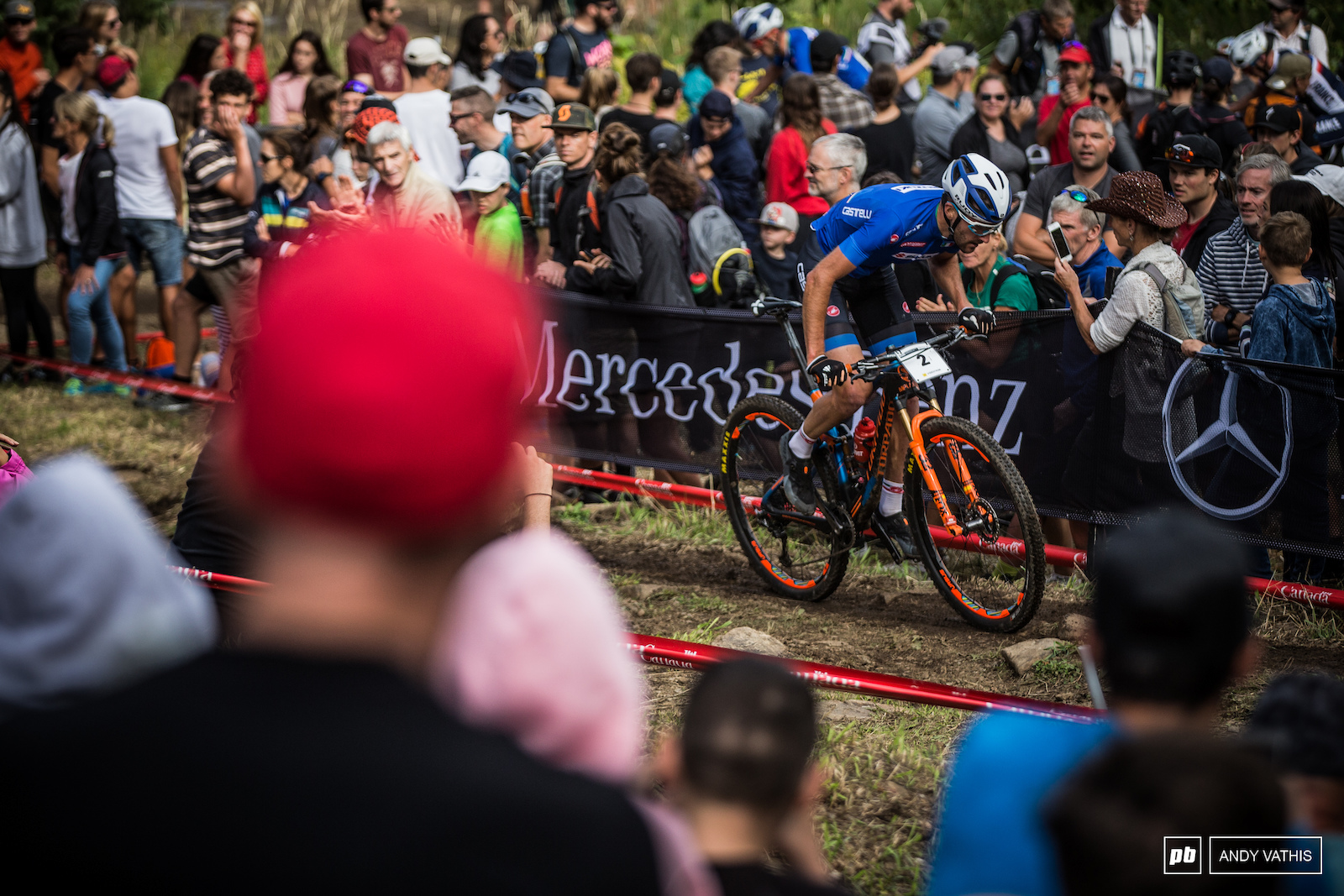 Typically, if I remember to count the laps, the last photo spot before sprinting down to the finish is the Marmotte climb which eventually crosses under the DH course. This one is best to shoot through the crowds and to capture pain faces as racers are almost running on fumes. 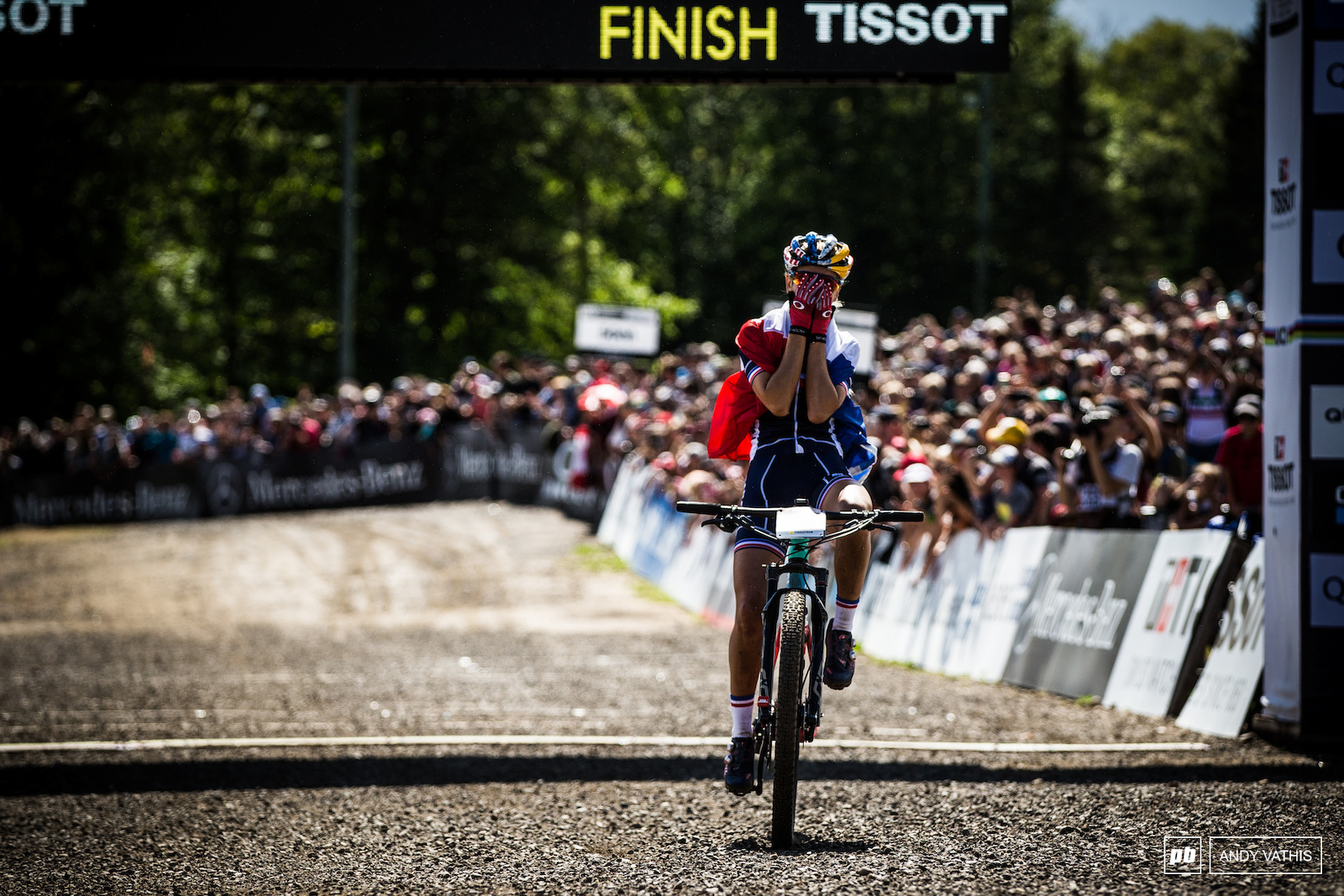 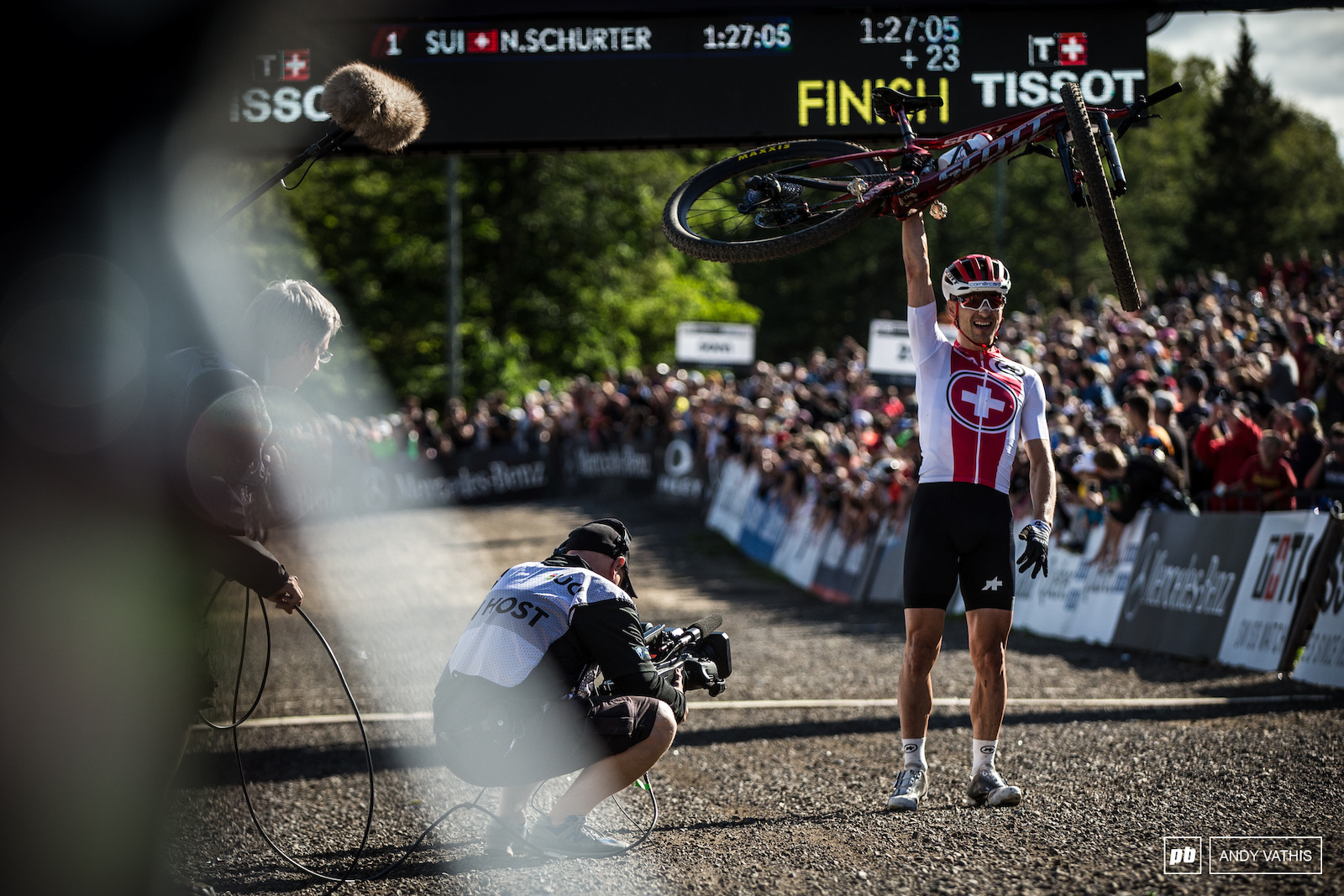 The finish area is always hectic no matter the venue. You get to witness history being made but also the stress of autofocus dropping at the moment you need it to work like it should is real. Luckily, I made it down in time for both women's and men's races to complete the narrative of each race. The back up plan for being too late to sit in the finish zone is a pan shot through the crowd or some sort of wide shot to show the atmosphere. 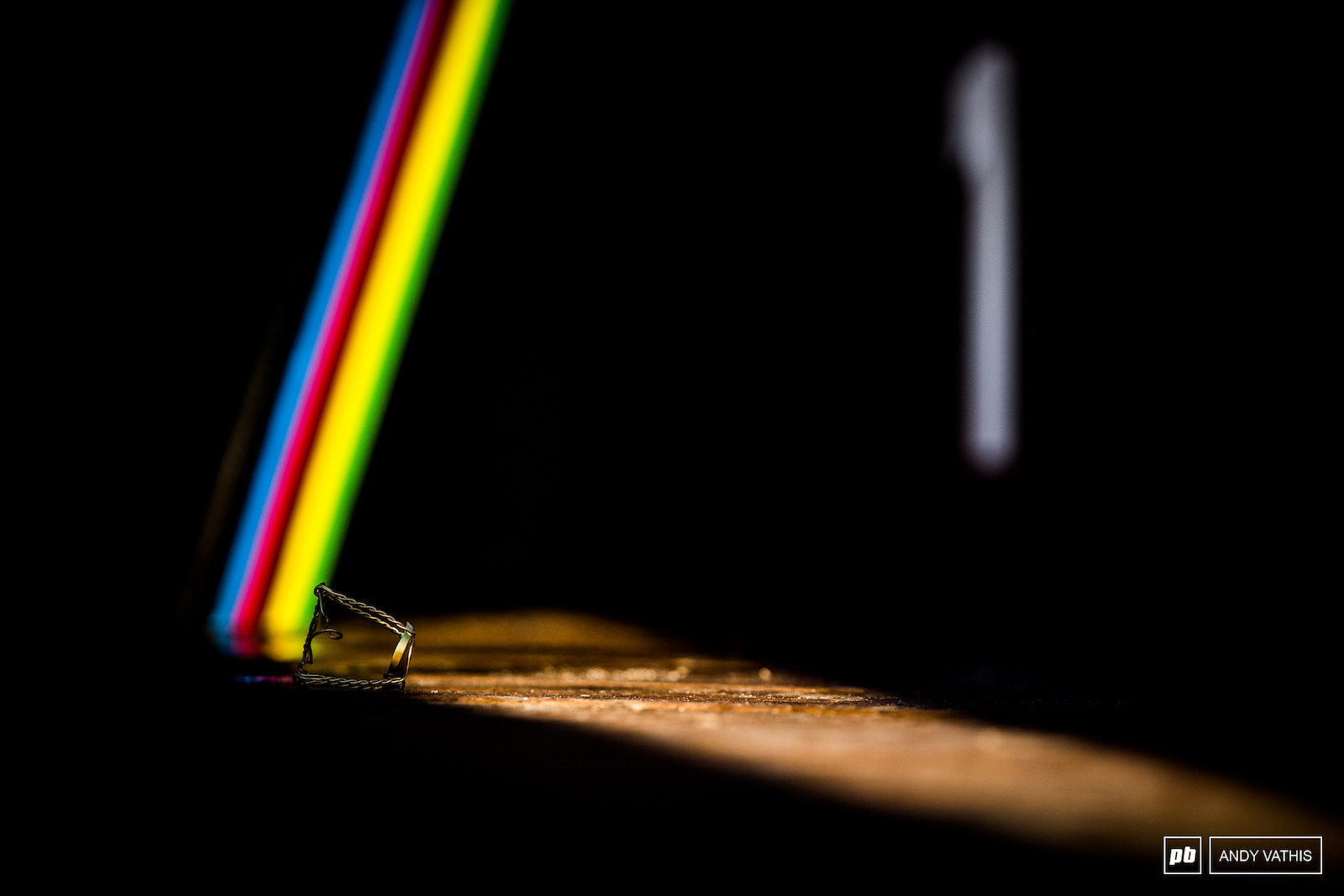 Congrats to Pauline Ferrand-Prevot and Nino Schurter on the stripes in 2019. Hopefully we'll see some racing action soon enough.

mattomoto (Jun 25, 2020 at 0:49)
Nice write up Andy. Amazing to watch you media squids work an event. Not only the race itself, but all the time before and after to prep and produce those amazing shots.

Good thing the heart rate monitor was not on you for your/Delorme's coffee in the pits piece at Nove Mesto! Haha.

AinsleyTrimix (Jun 25, 2020 at 0:39)
Great shots. I tired to photograph one of the XCO/DH events, I had expensive lenses, top quality camera, all the time in the world - not one shot was good. Seems you cant buy skill.

jpetznick (Jun 25, 2020 at 6:27)
I'm curious to know, how much time do you spend coordinating with the other PB photographers to make sure you're not all covering the same spots of the track? Do your each pick your locations individually and then assume you're backing each other up in the most important sections, or is it more of a coordinated group effort to cover everything off?

Rodeodave (Jun 25, 2020 at 7:56)
Super interesting write-up! What's the atmosphere like amongst the media folks? Is there a lot of elbowing, shoving and camping in certain spots going on? Or are y'all pretty much buddies?

Curious about the note : "but also the stress of autofocus dropping at the moment you need it to work like it should is real. "
If you dont mind clarifying, it sounds like that's the Canon 1Dx body?