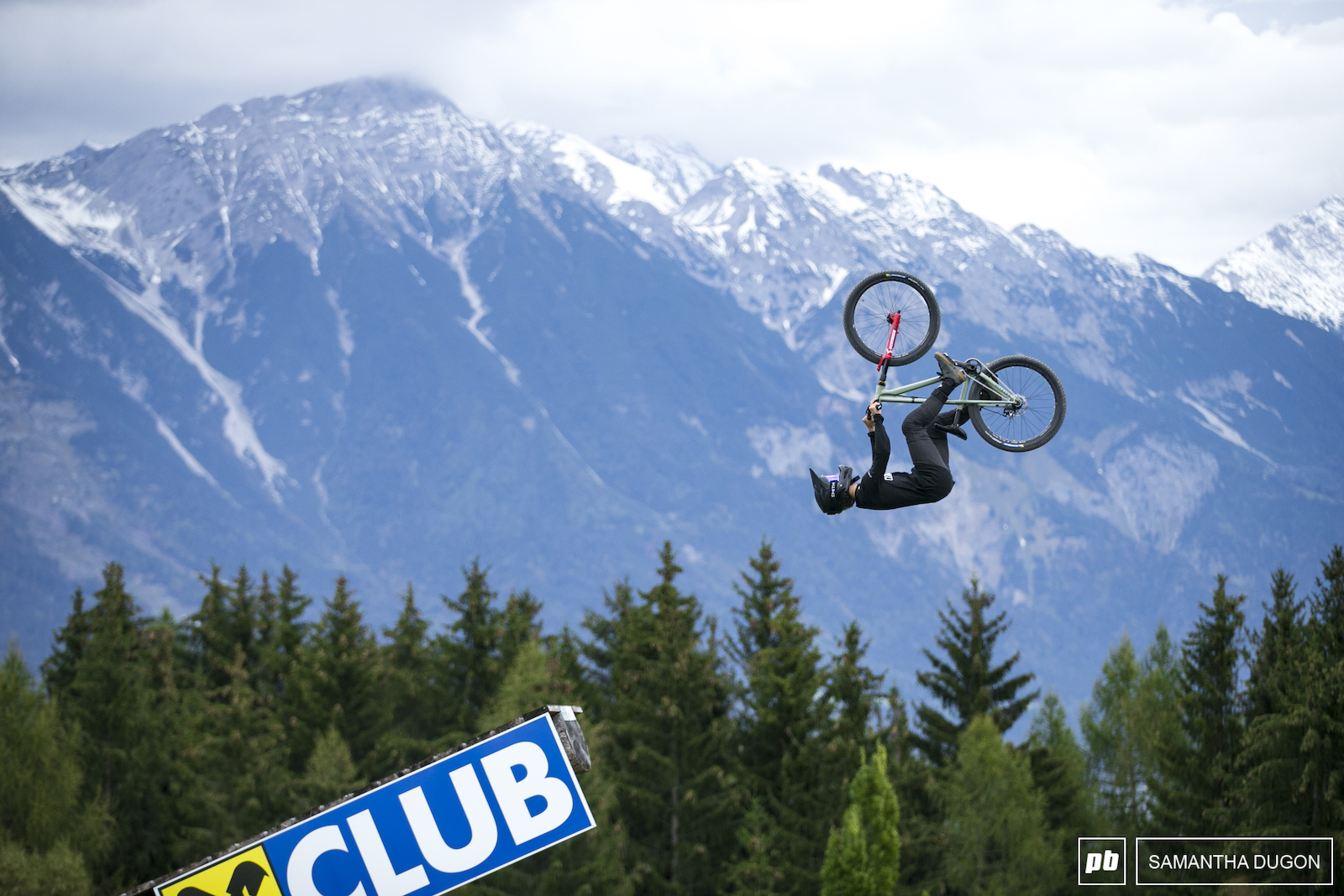 Photo Epic
Super Slick Friday
Cranworx Innsbruck Covid Edition
Photography by Matthew DeLorme and Samantha Dugon
After an array of schedule changes throughout the week Friday soon became one of the busiest days with Slopestyle finals, Speed & Style finals and Downhill practice all on one day after the Slopestyle was moved to Friday morning in an attempt to skip out the bad weather and ensure the riders had good conditions to ride in. However, the weather had other plans for this new "Super Friday" and instead became a bit more of a Sloppy Friday. Thankfully, their plan to move up the Slopestyle finals paid off, and other than a few brief course holds for the wind, all the riders were able to complete their 2 finals runs, the same however, could not be said for Speed and Style.

After his win last year and the run that he's been on ever since, Emil Johansson was the favourite to win this year's Slopestyle at Innsbruck, and rightly so as he took the win with 94 points. Canyon CLLCTV rider Tomas Lemoine was hot on his heels however, effortlessly landing every trick and in the end he was only 4 points away from Emil. Emil and Tomas celebrated with a victory lap instead of their 2nd run, both happy with their results and efforts they gave. It made for the perfect end to the competition.

From slopestyle podiums, it was straight from to the start gate for Speed & Style practice. After an hour of spare runs due to the weather, the qualifications began, but as the gaps between runs got longer, the question was whether Speed & Style could happen at all. Riders waited out some of the rain and then tested out the track, but with more rain falling and the wind picking up, slowly one by one the riders packed up, cleaned their bikes and headed home. 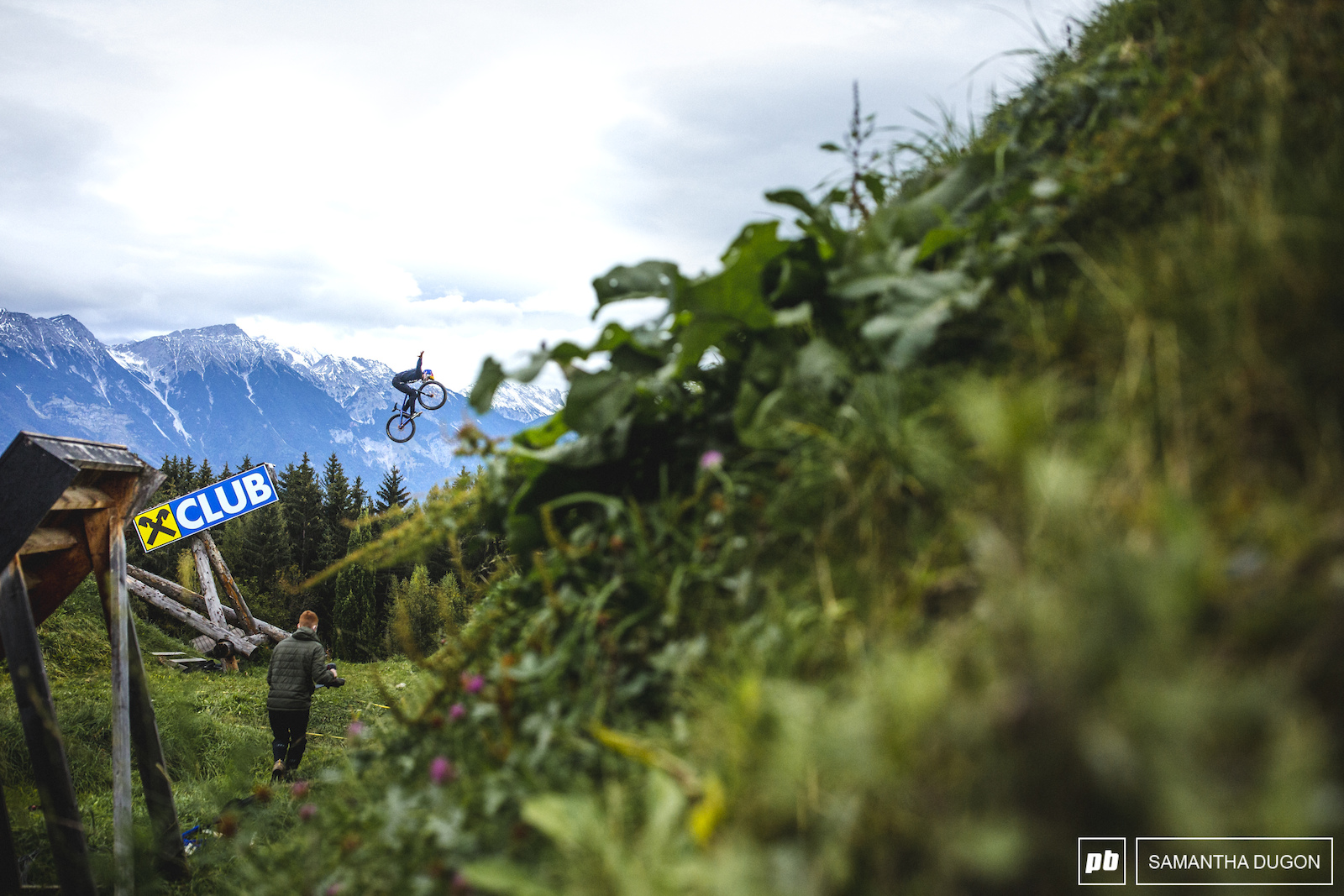 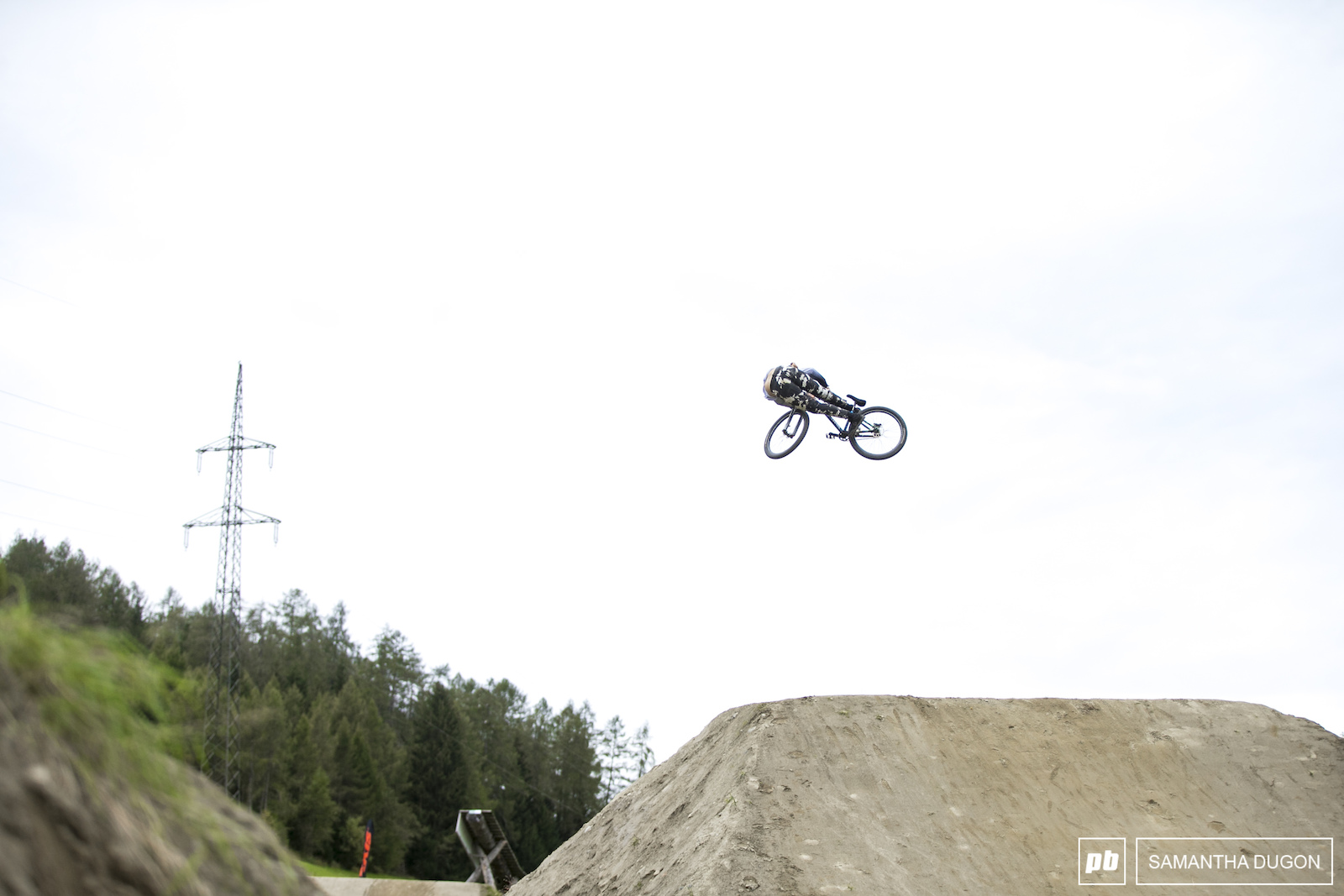 Tomas Lemoine making all the shapes on the Slopestyle course 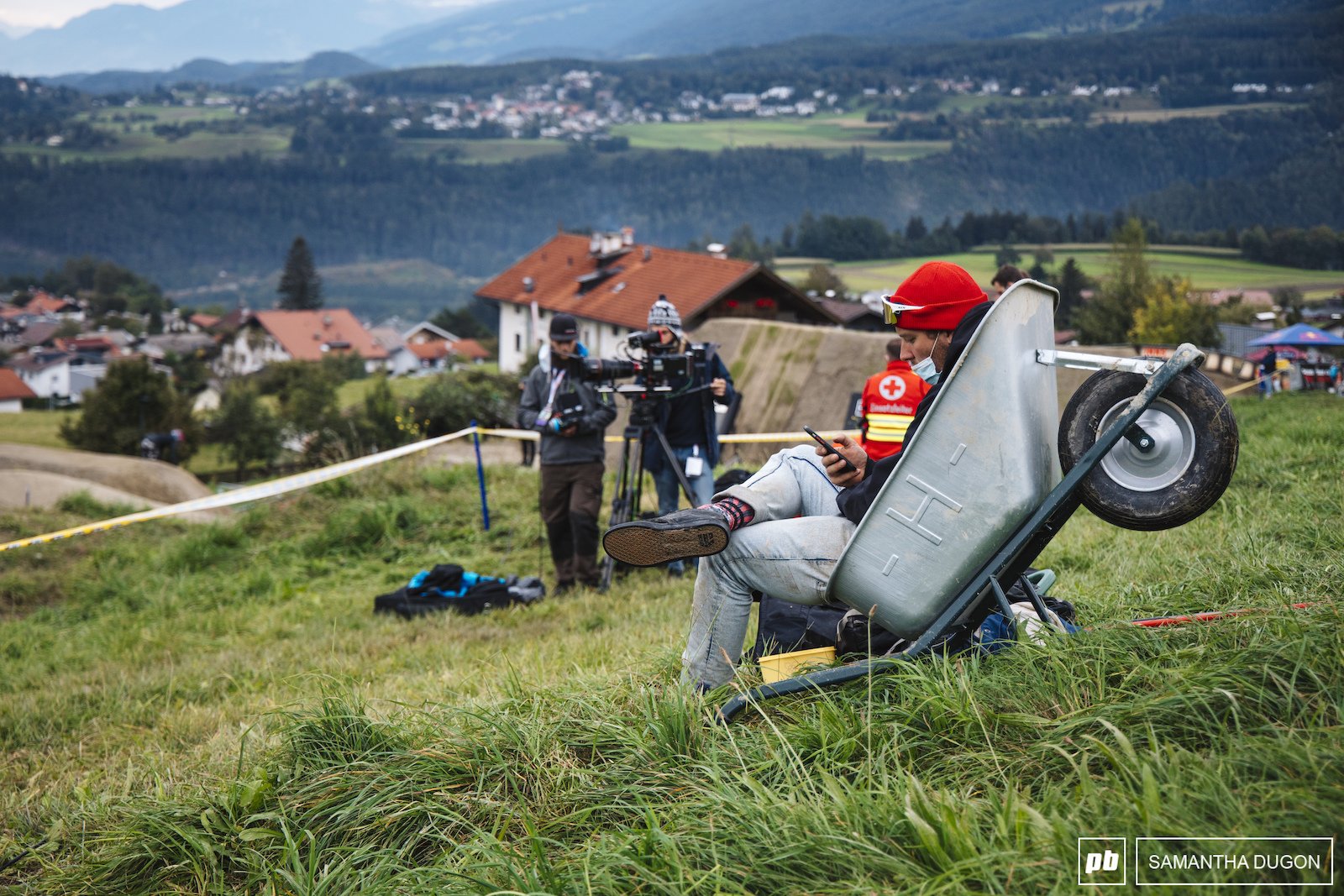 Best seat in the house? 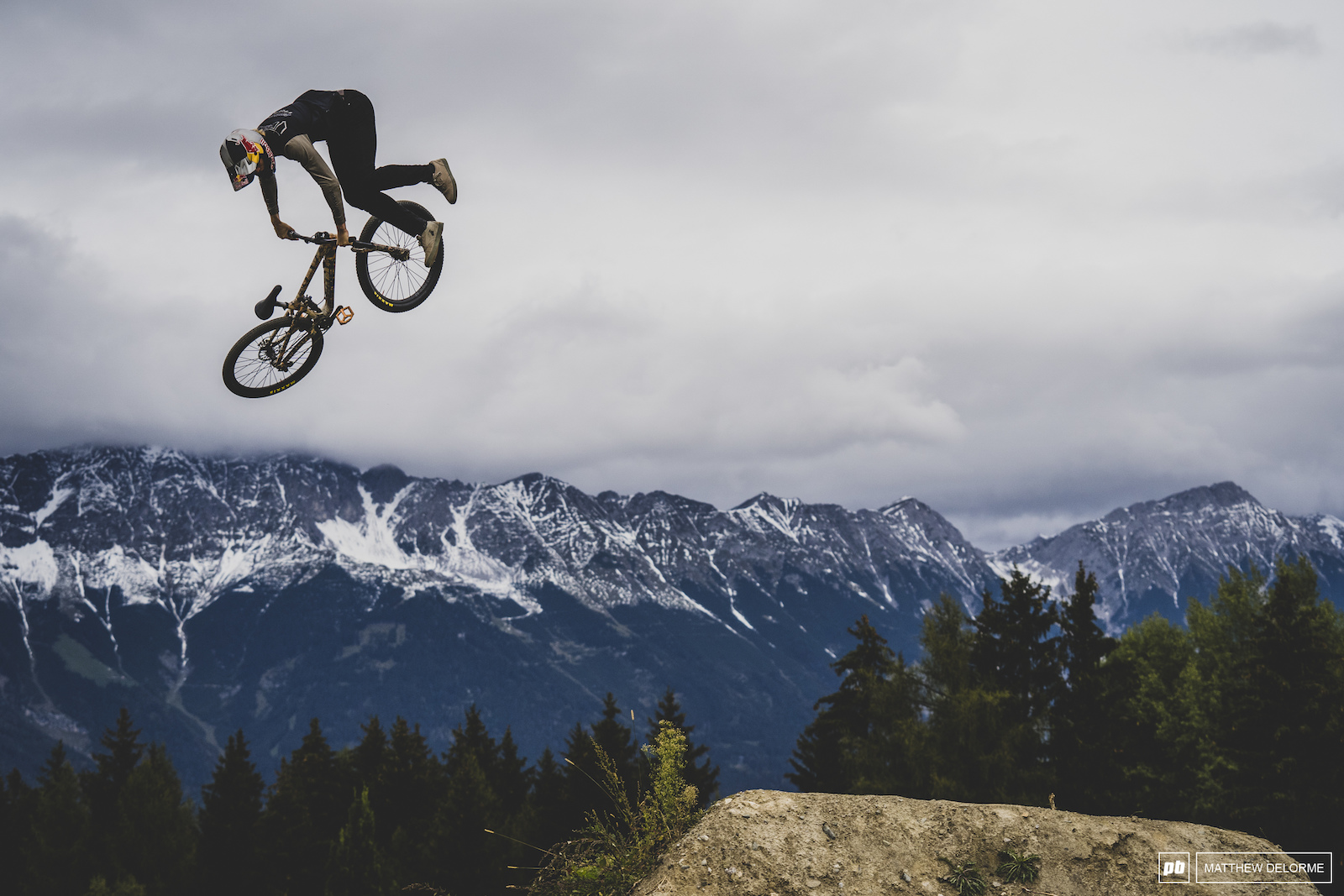 Emil Johansson doing what he does best. 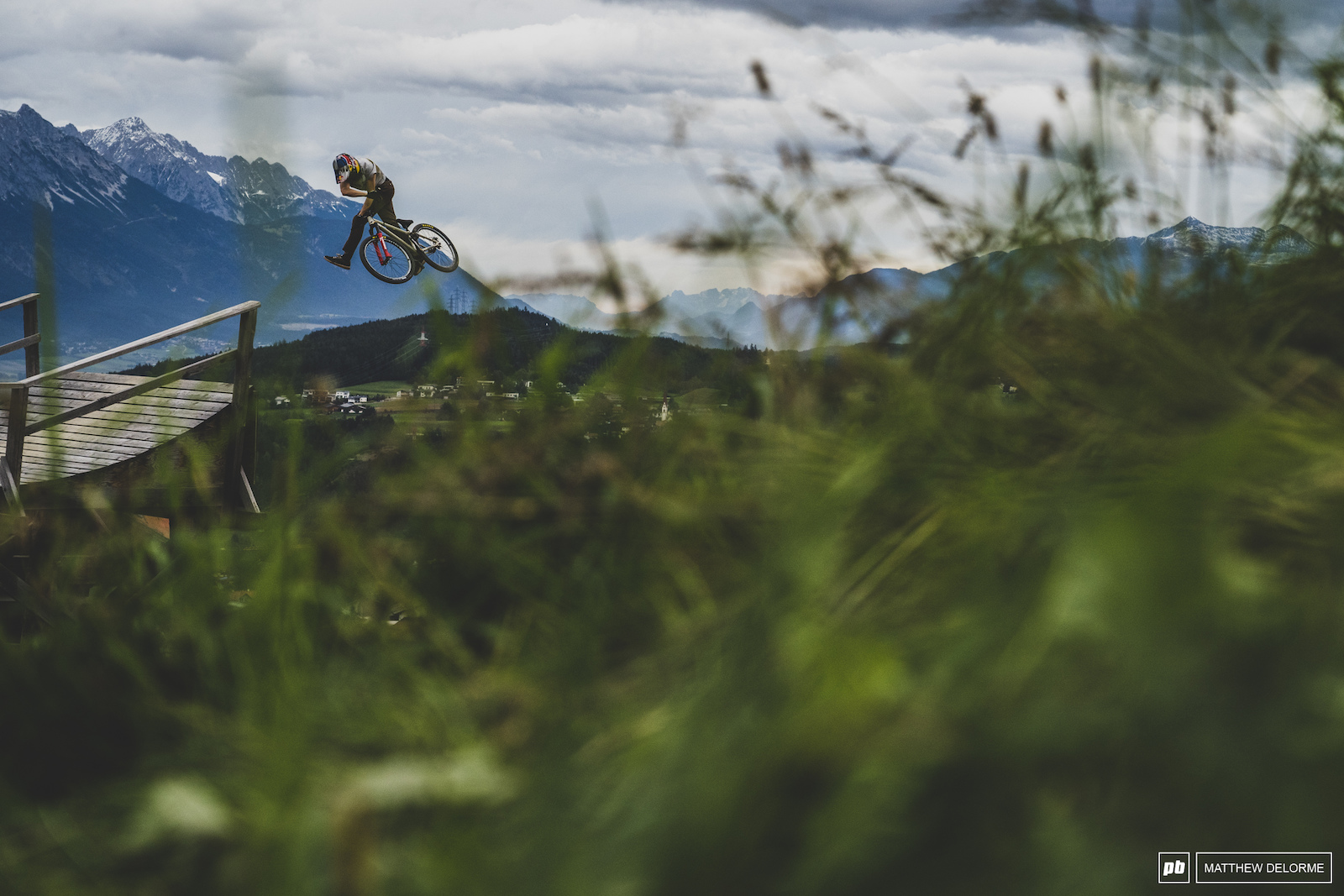 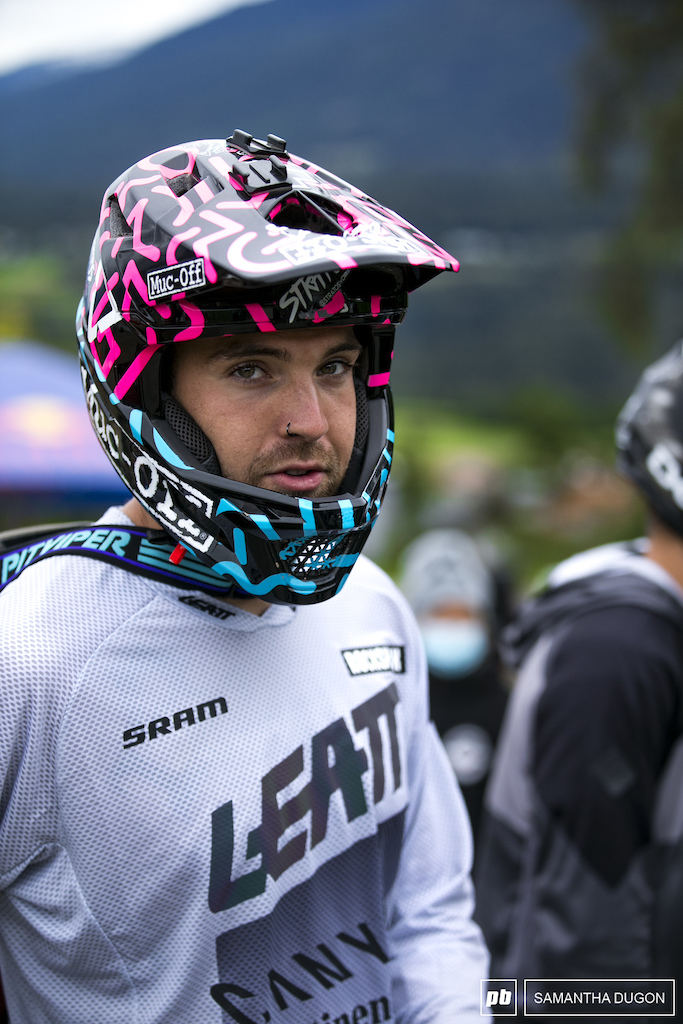 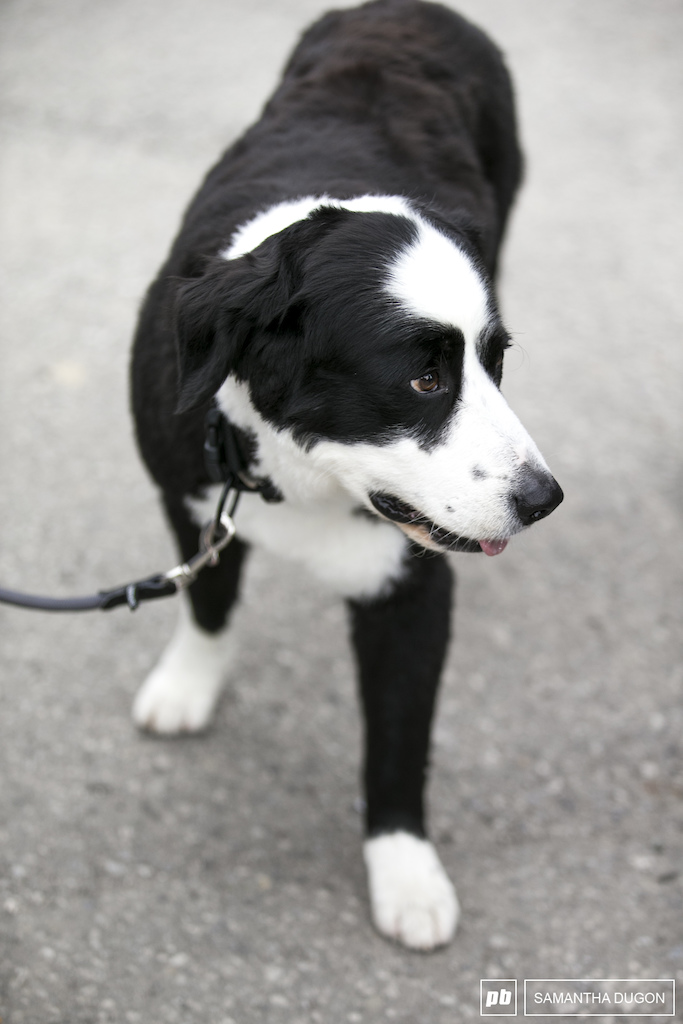 Tomas Lemoine after taking second in the slopestyle. Despite the lack of spectators, there are thankfully still a good few doggos around. 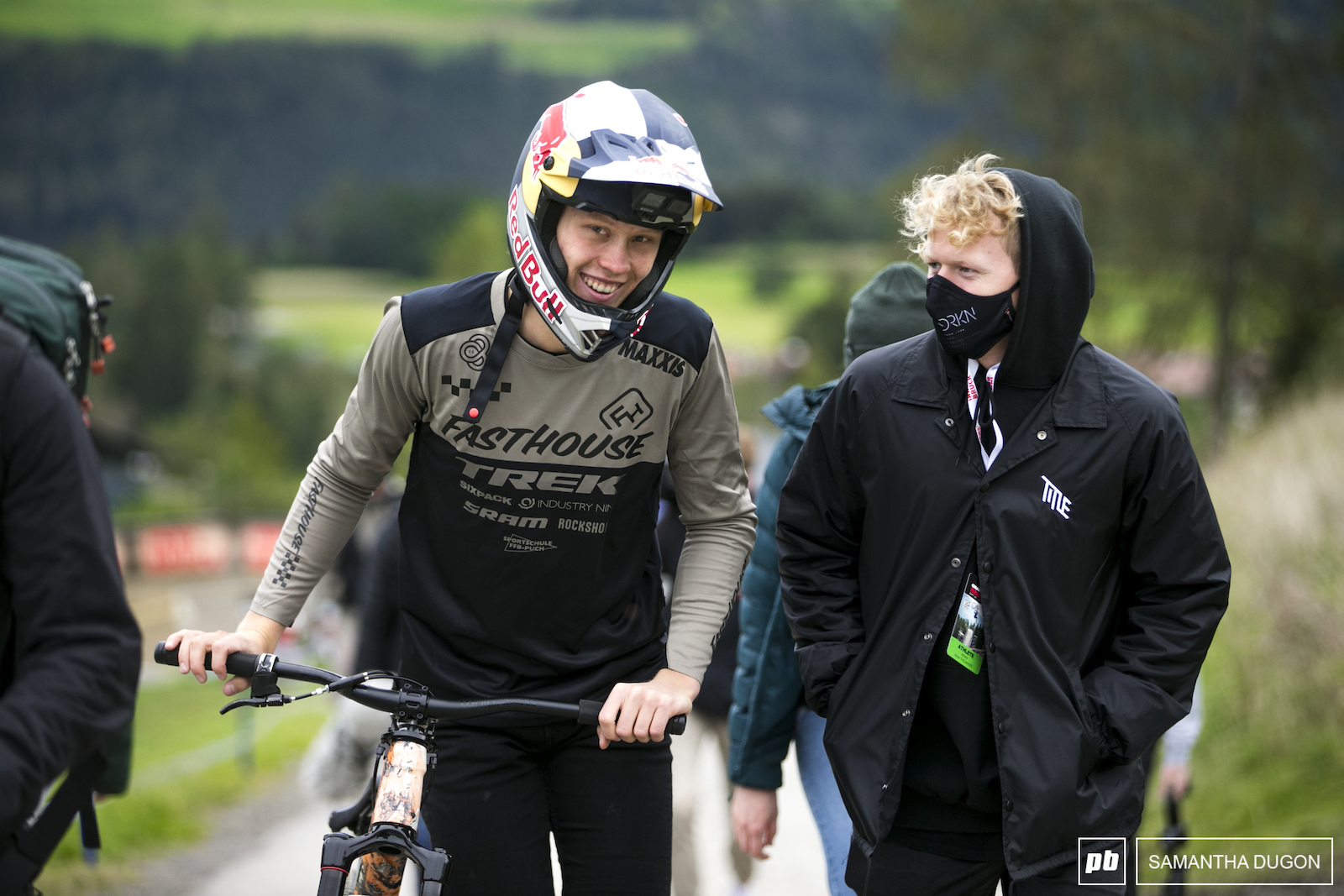 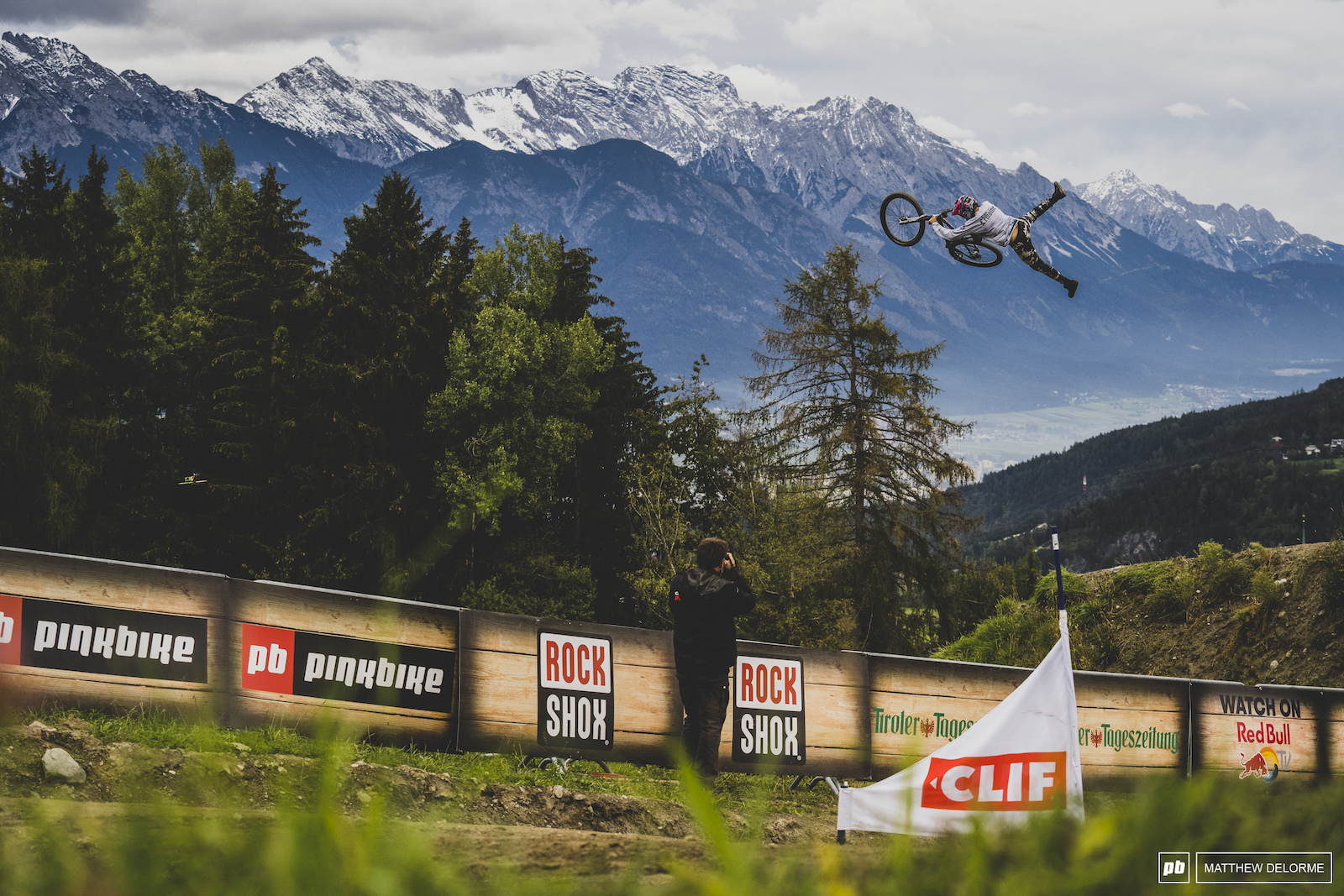 Lemoine was on his game with perfect executions 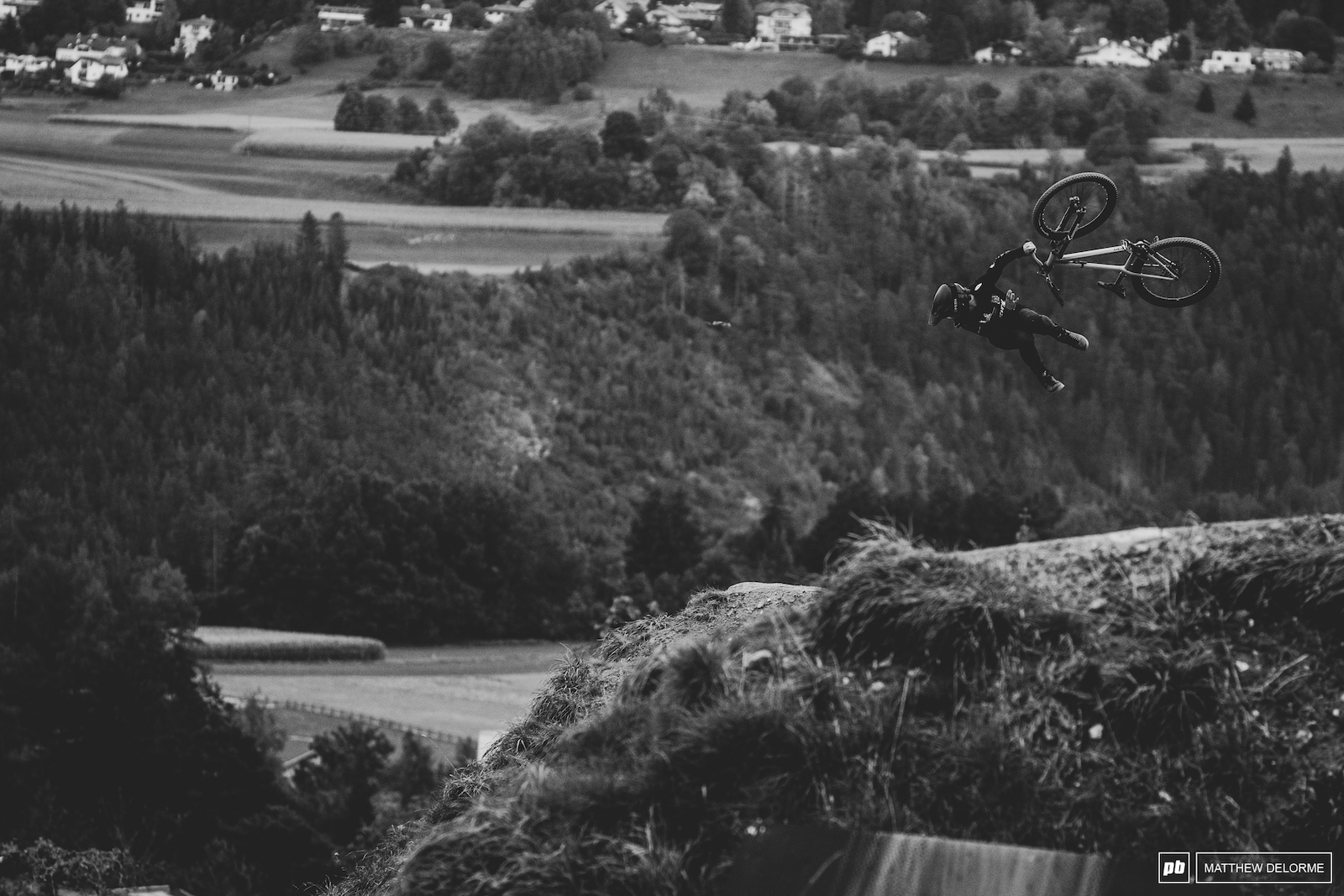 Some days it doesn't go to plan 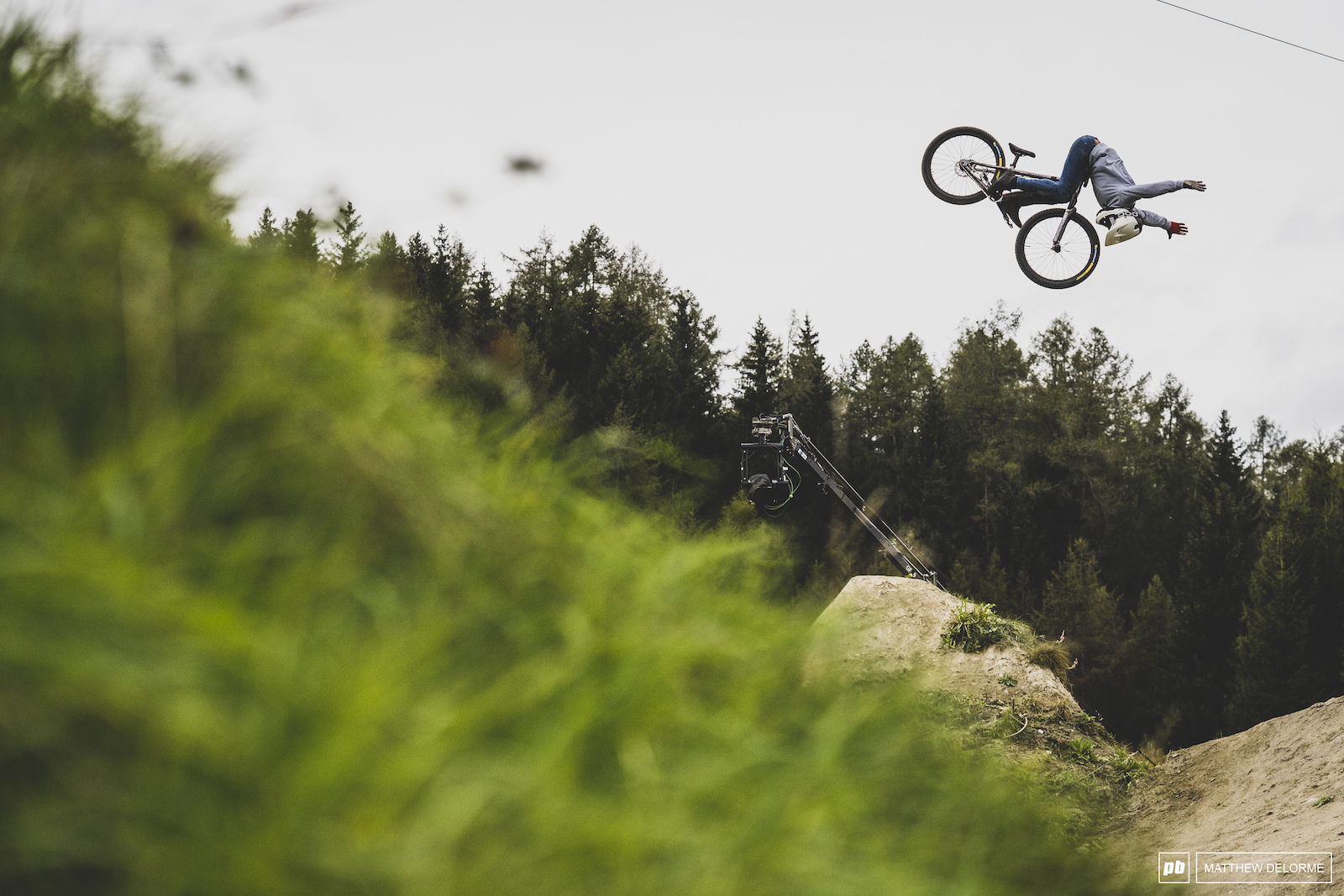 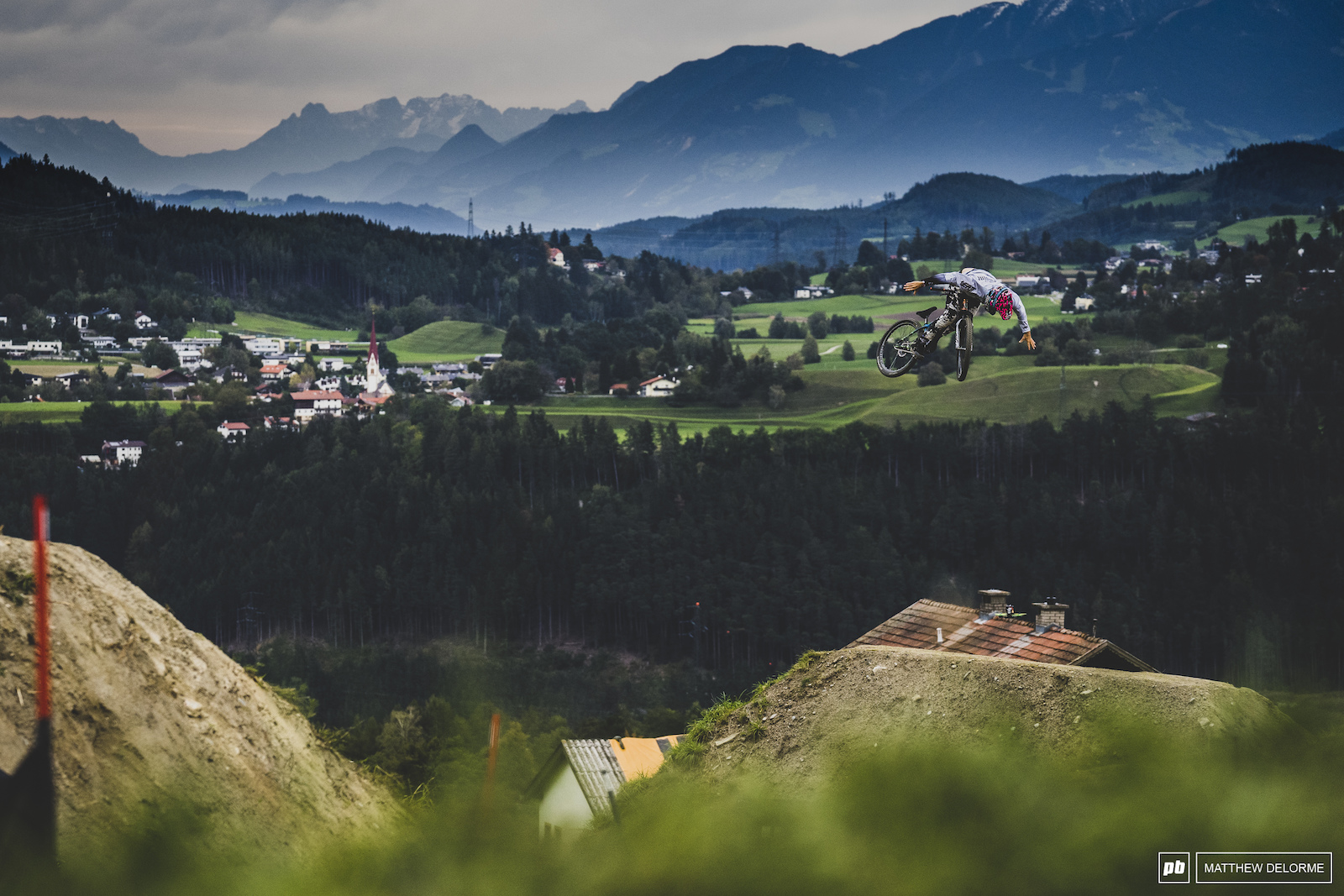 Tomas Lemoine on his second-place run. Lemoine Headed to Speed and Style right after Slope, but the rains came and washed it out. 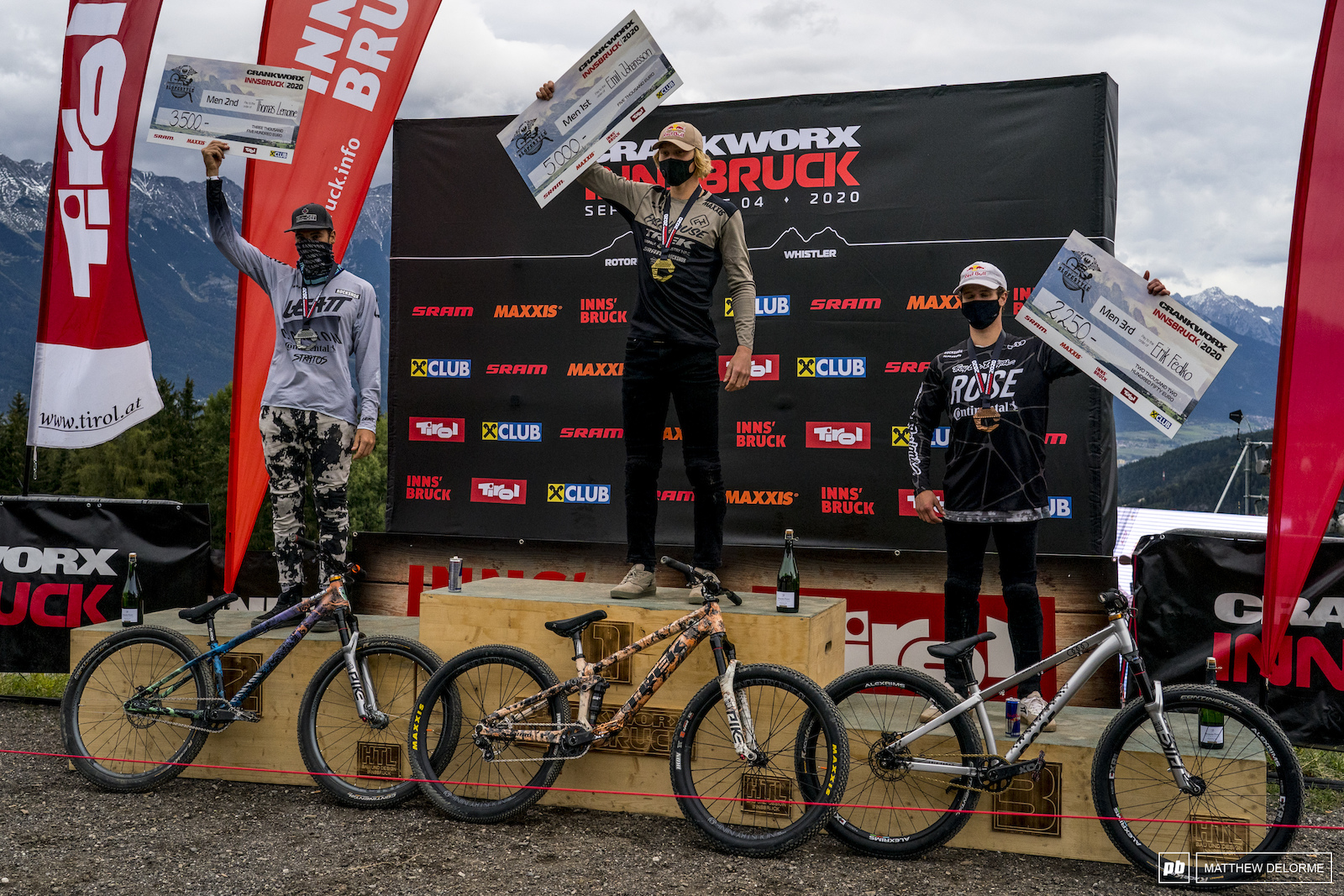 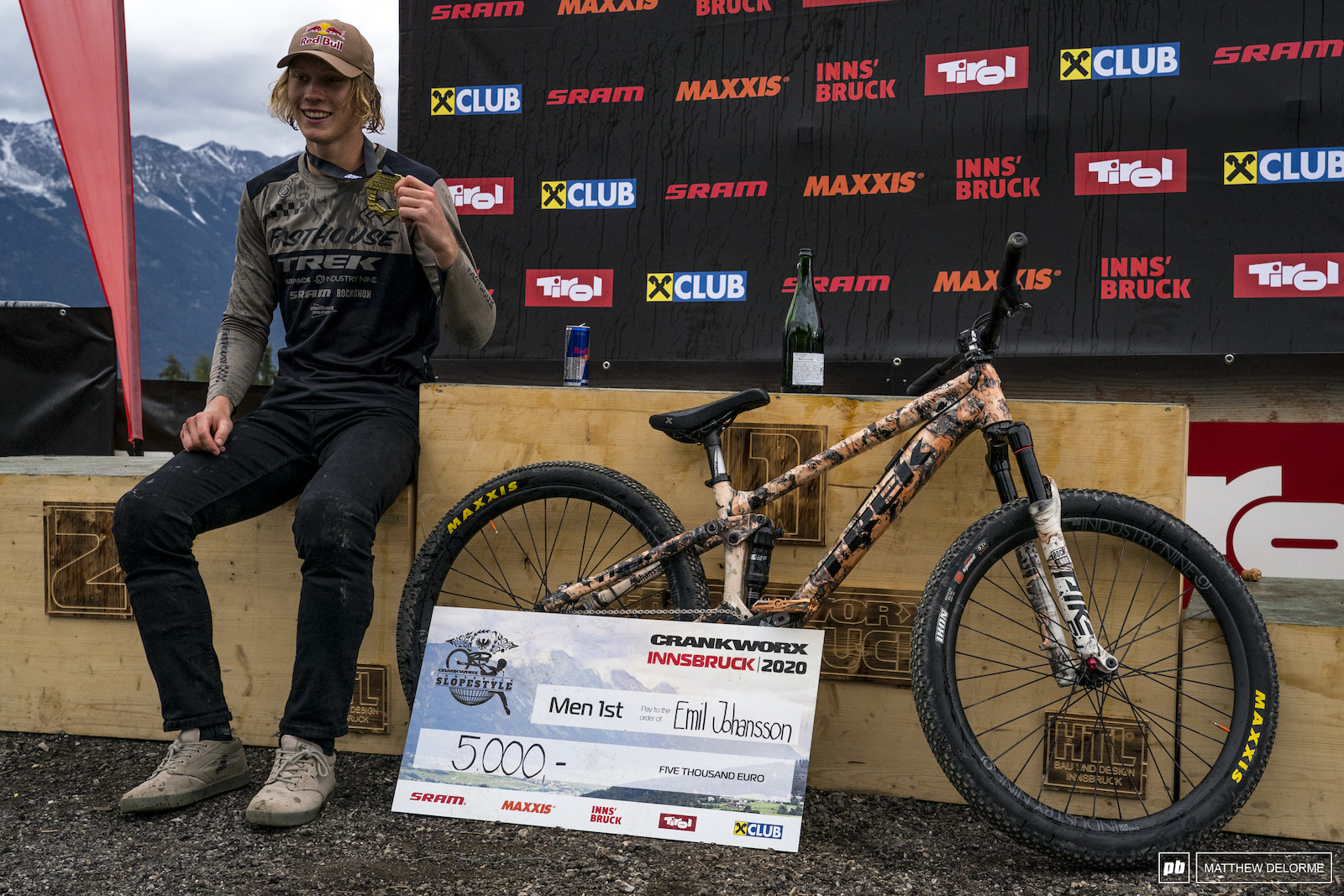 Emil takes the win after a mind-blowing run. 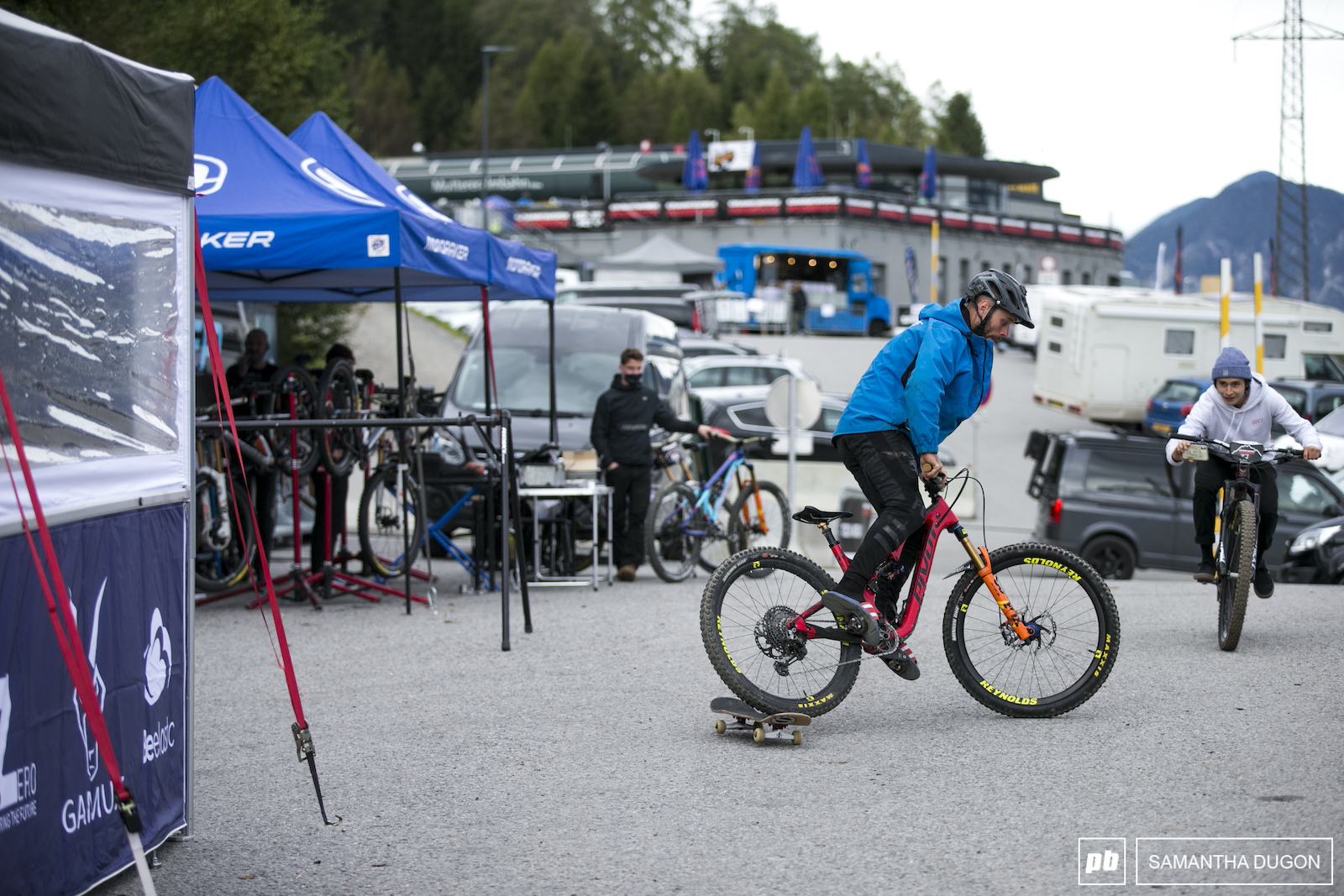 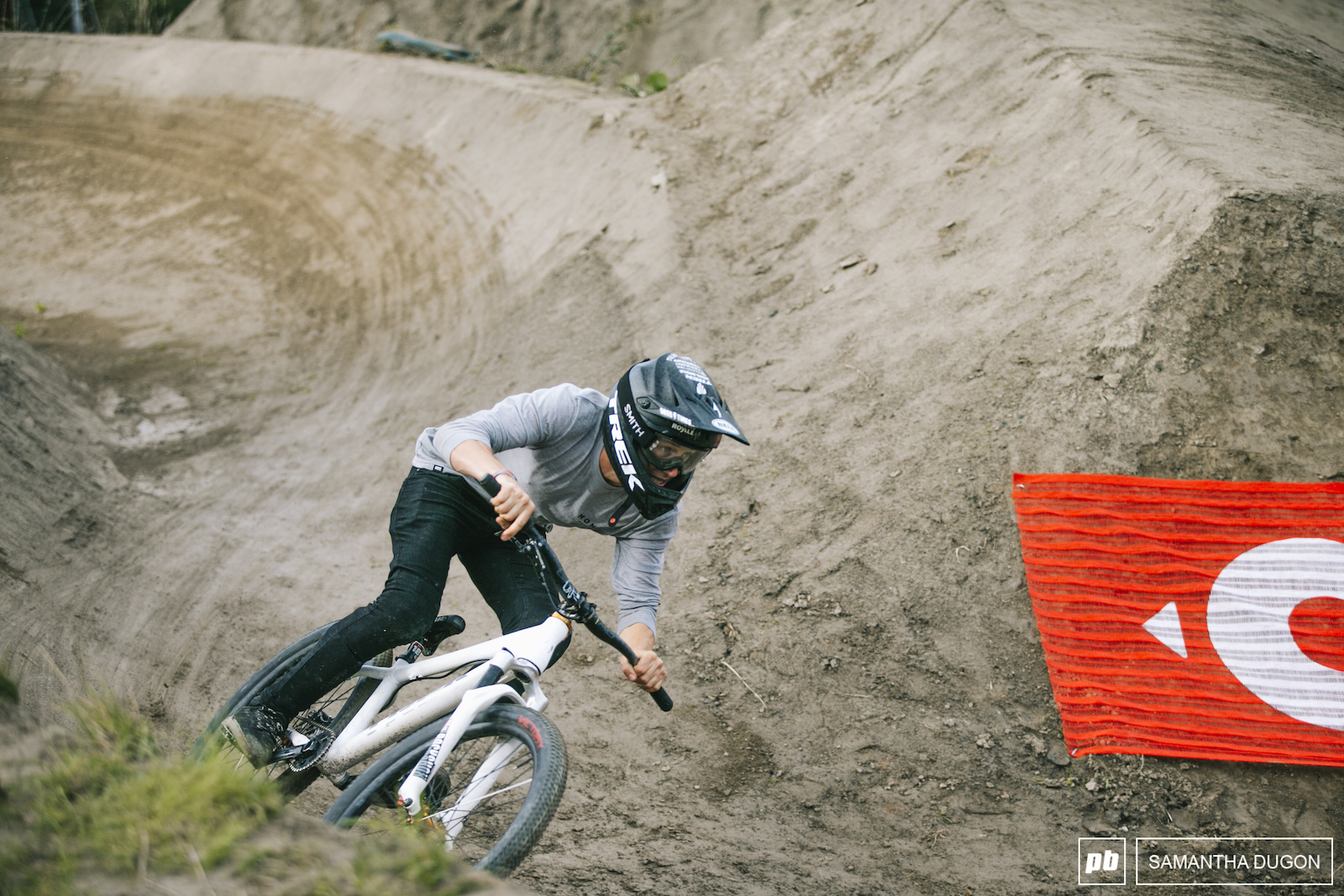 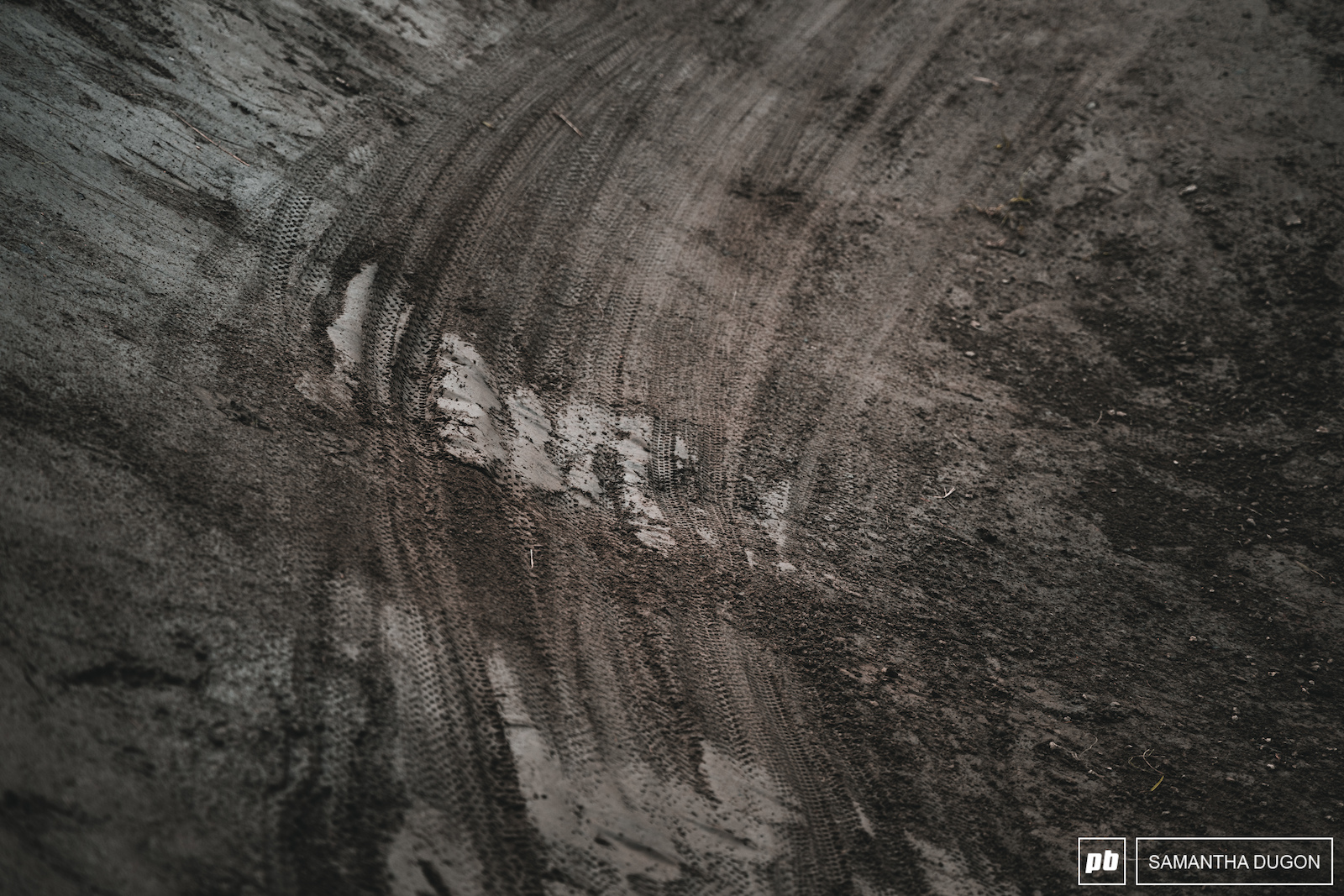 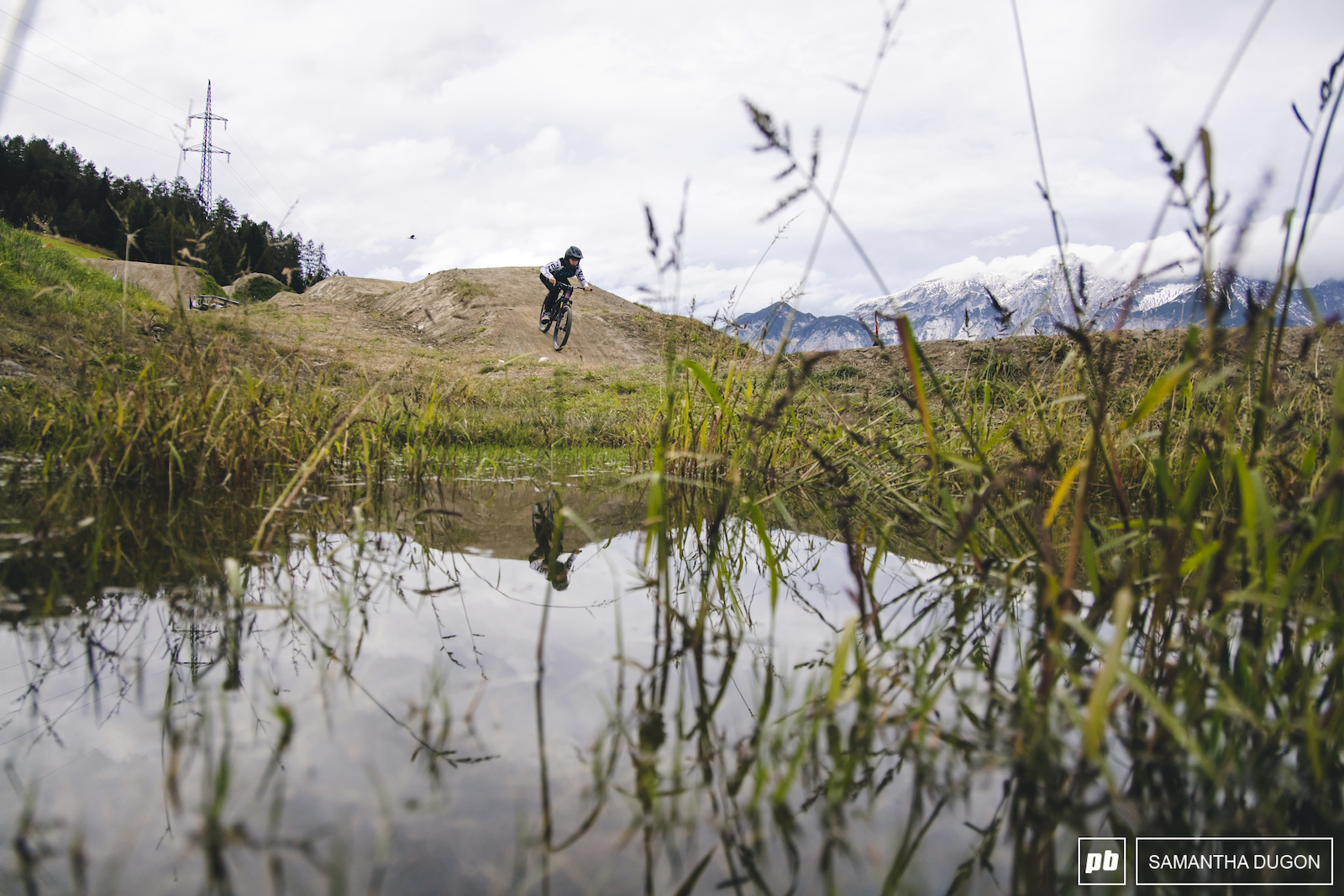 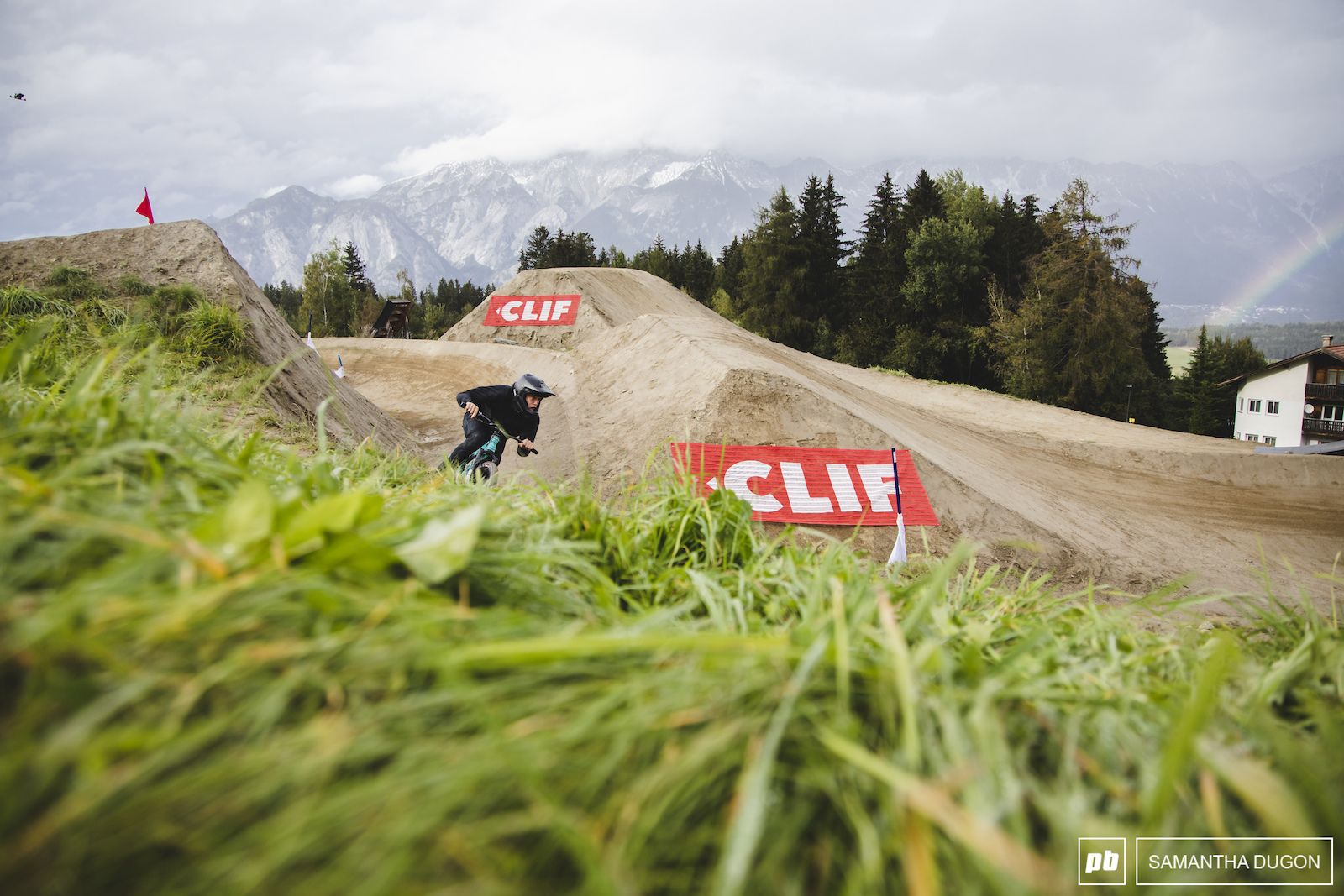 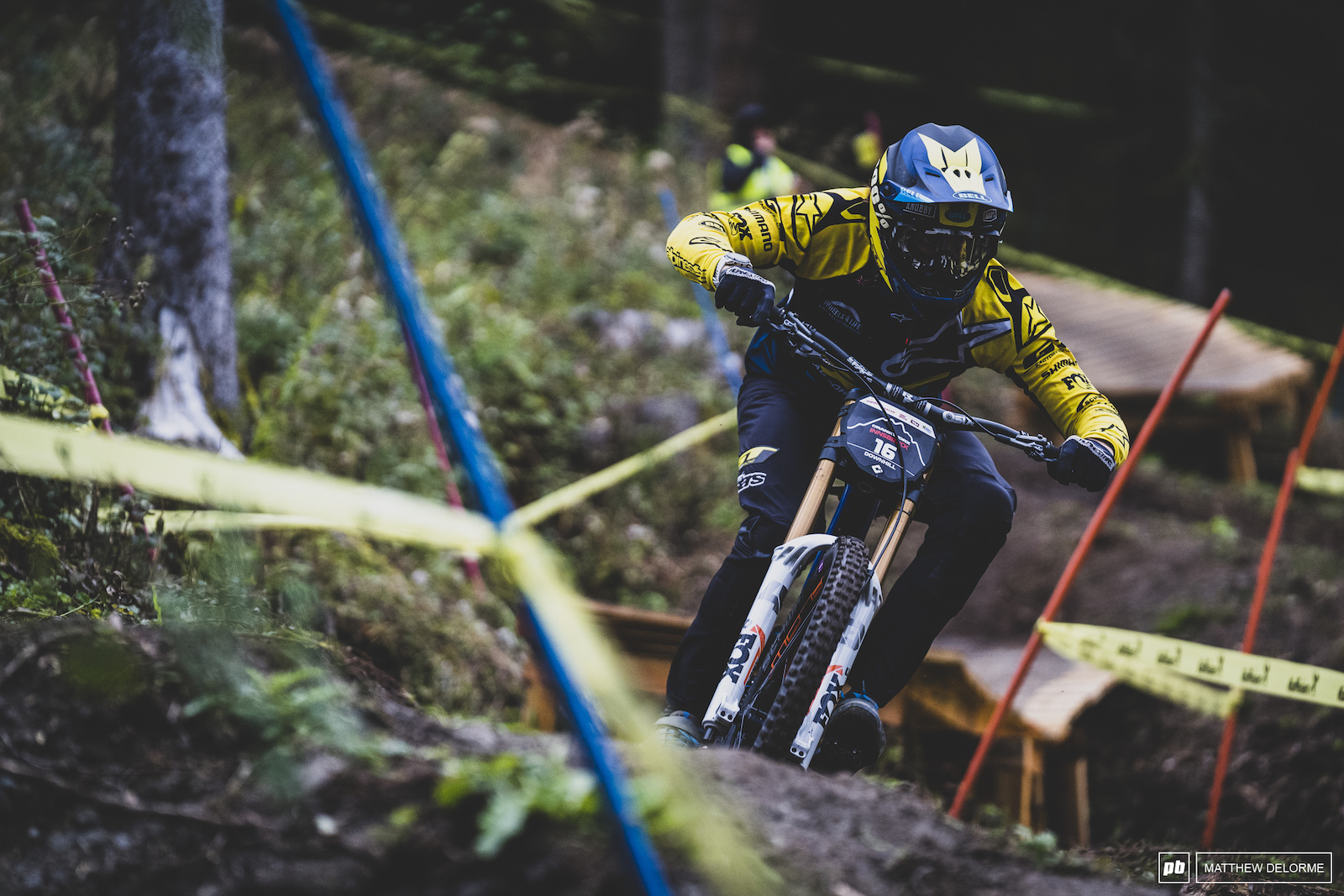 And now onto the Downhill event.