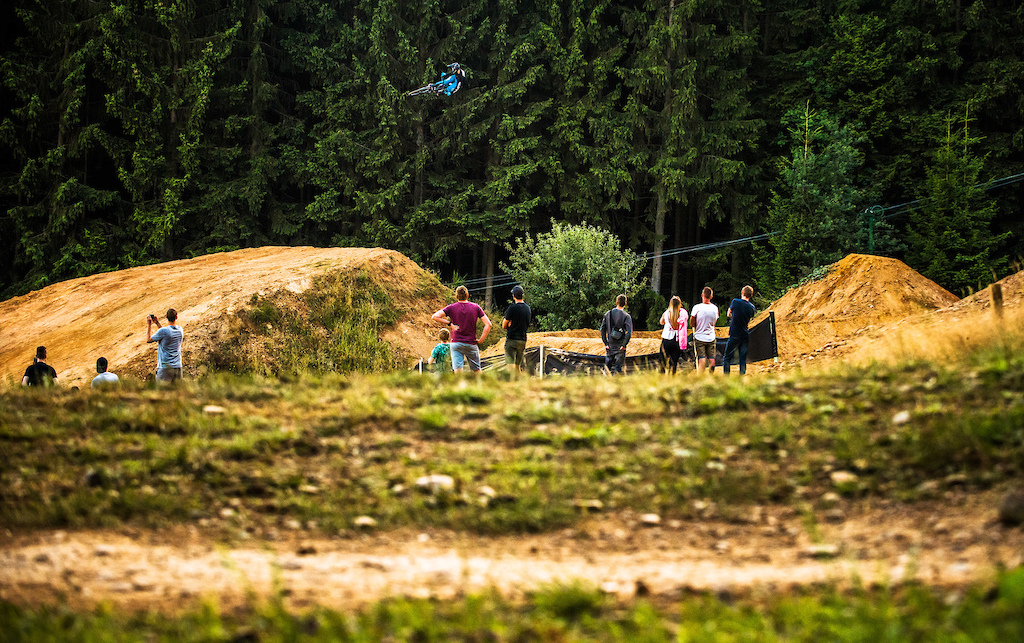 Once again the beautiful small, quiet town of Malmedy has some of the world's best riders descend on it for another edition of Loosefest! Nico Vink had some plans to make the already massive jumps even bigger and better, which is hard to imagine, but he did just that! 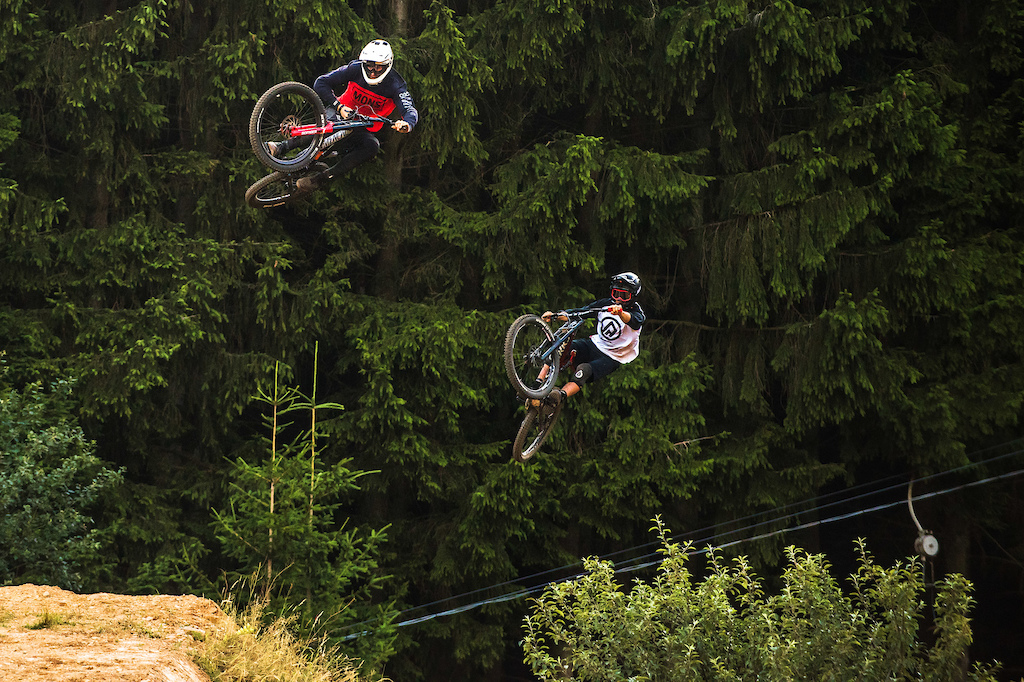 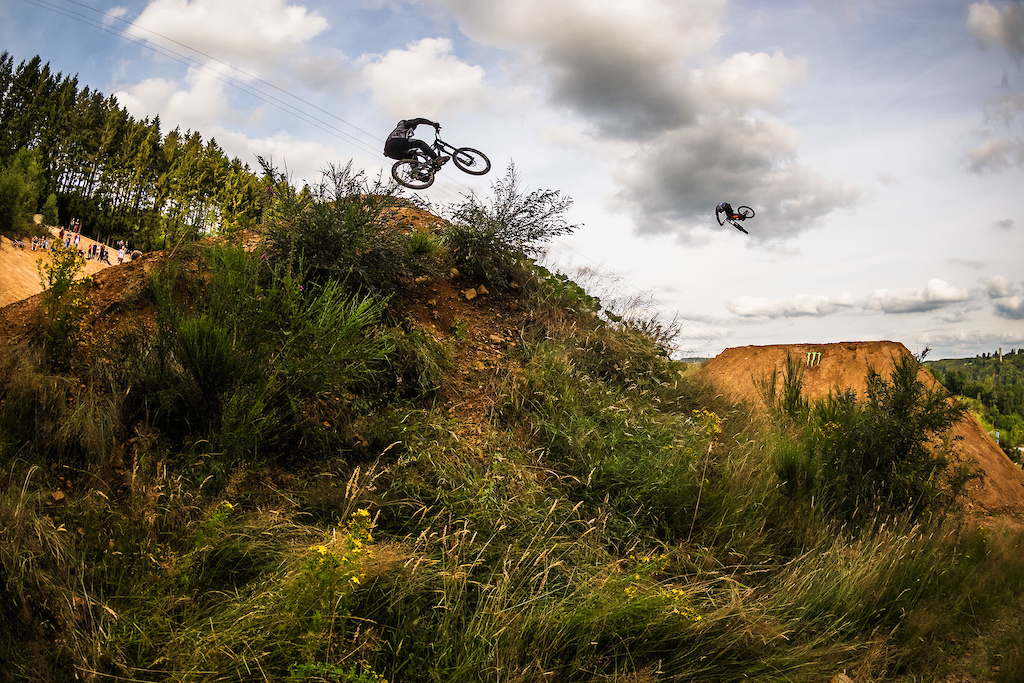 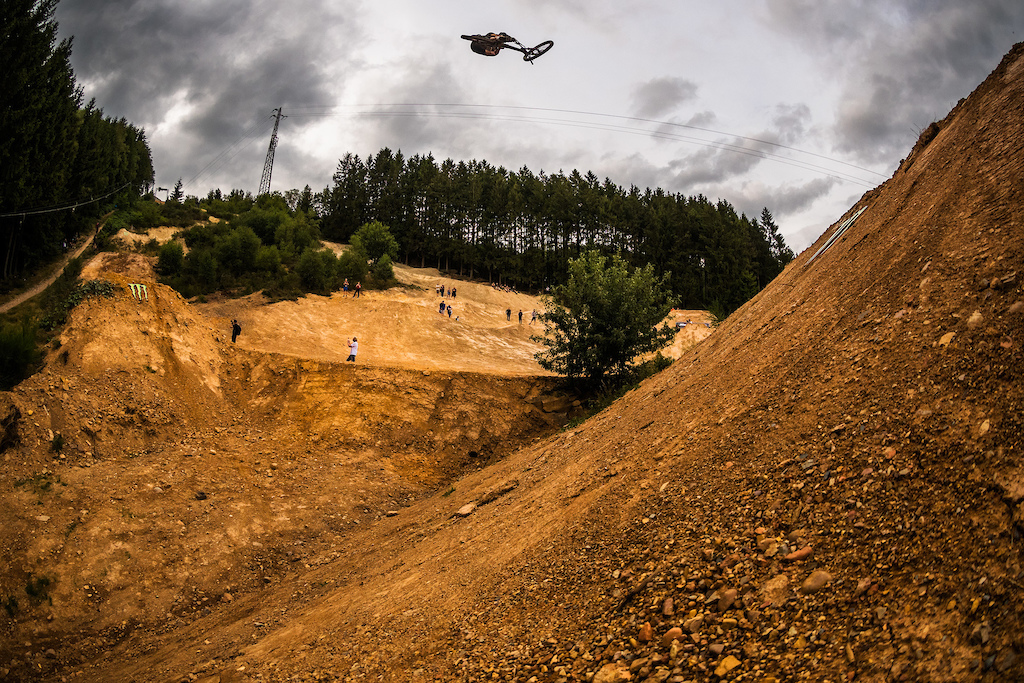 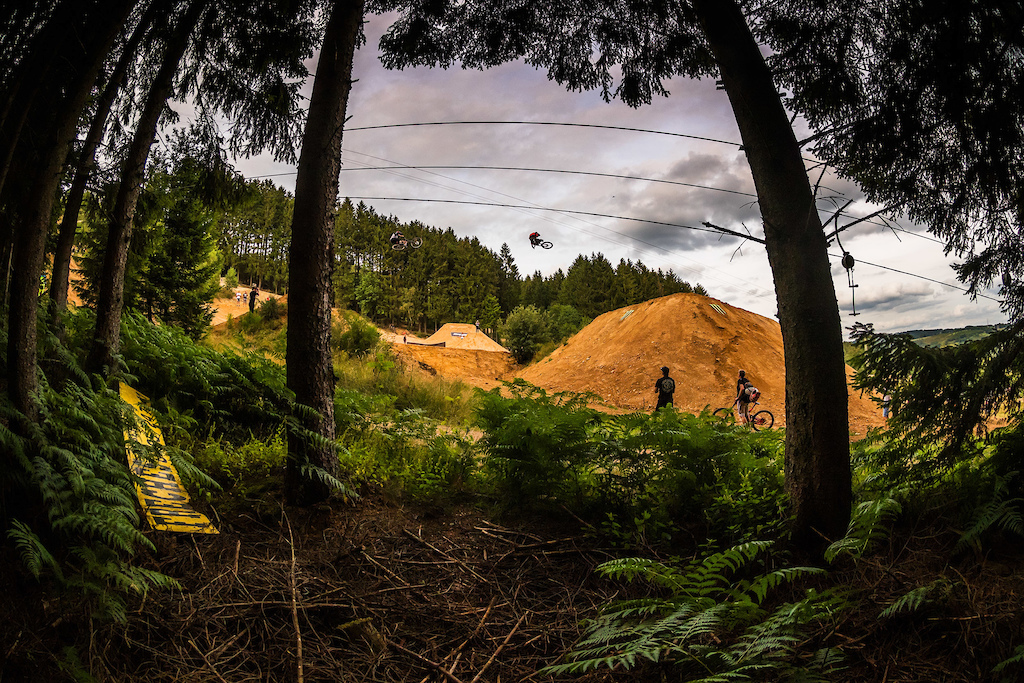 The rider list this year was packed with heavy hitters and some new "groms" and everyone killed it! Kade & Kaos took no time to get comfortable on these jumps and once Jaxson Riddle's bike arrived he also didn't waste time getting through the line. By the end of the week he was playing on these beasts, crankflip the 3rd and a sui off the drop were a few standouts. Another little grom had his eyes on this line. No one was quite sure what to expect from 15yr old Ike Klaassen. He is an amazing rider, but a lot of guys thought he'd be too light to carry enough speed to make the gap comfortably and after running into it a few times he was not sure himself, but got the courage to go for it toward the end of the week and was looking so comfortable over it. I'm sure he'll send the full line next year! 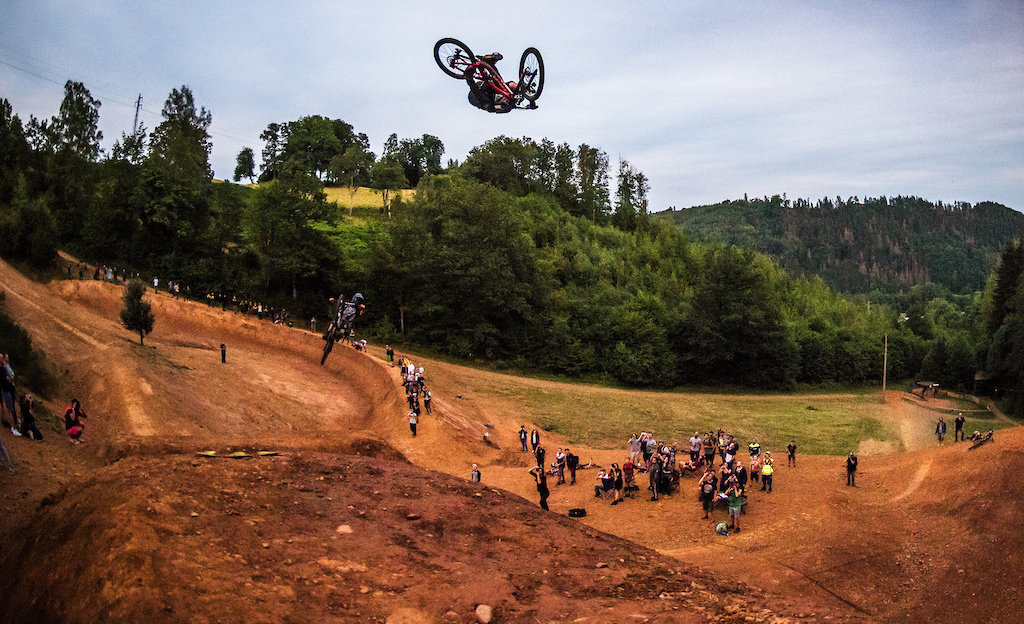 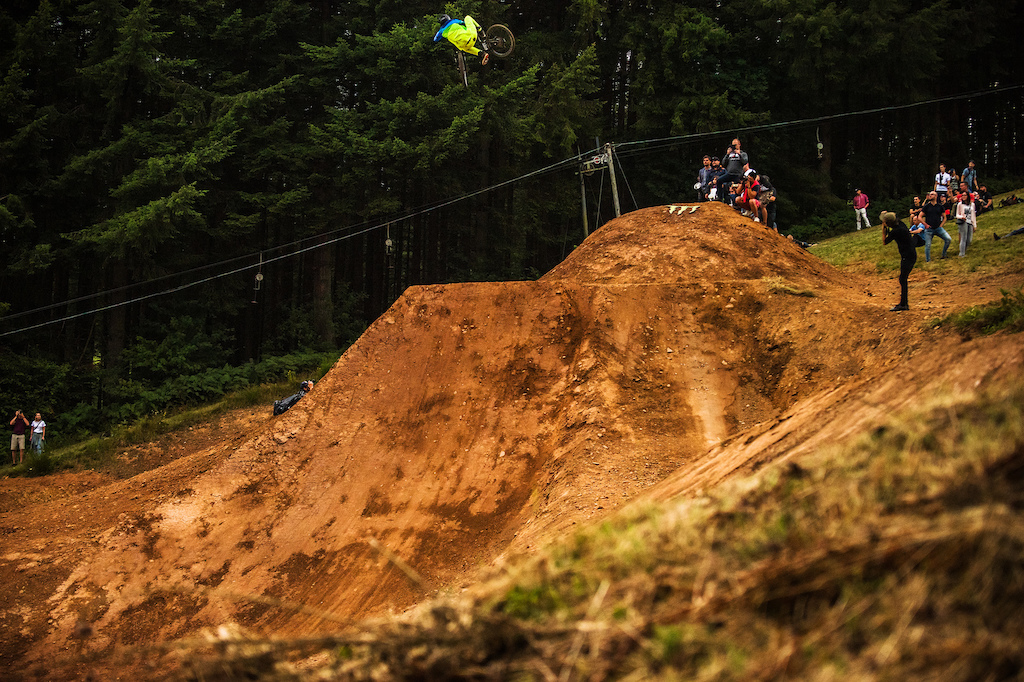 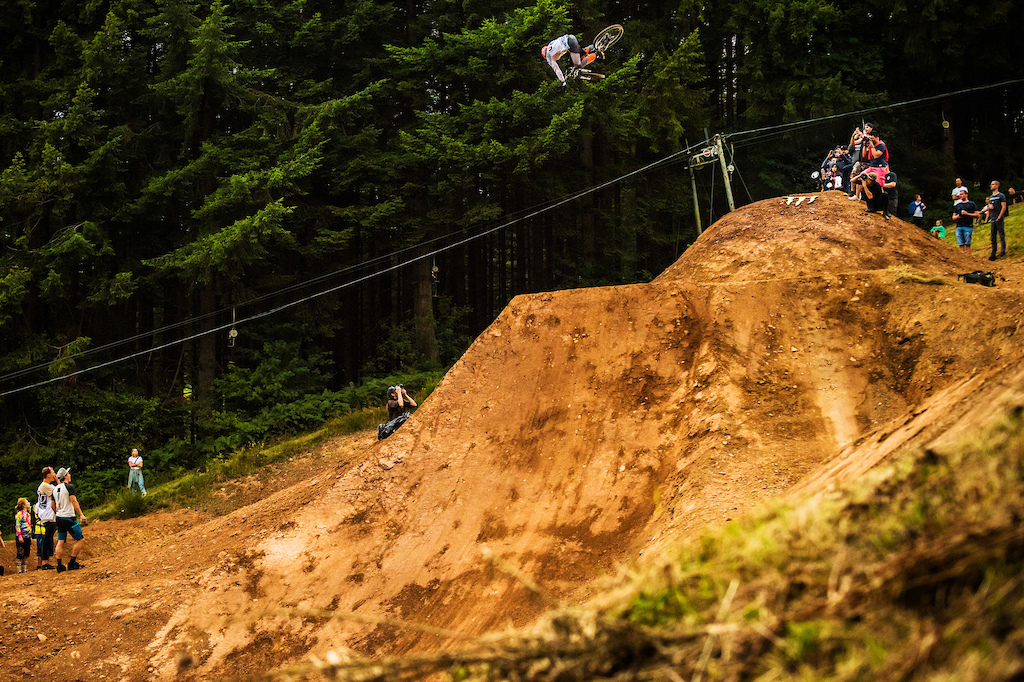 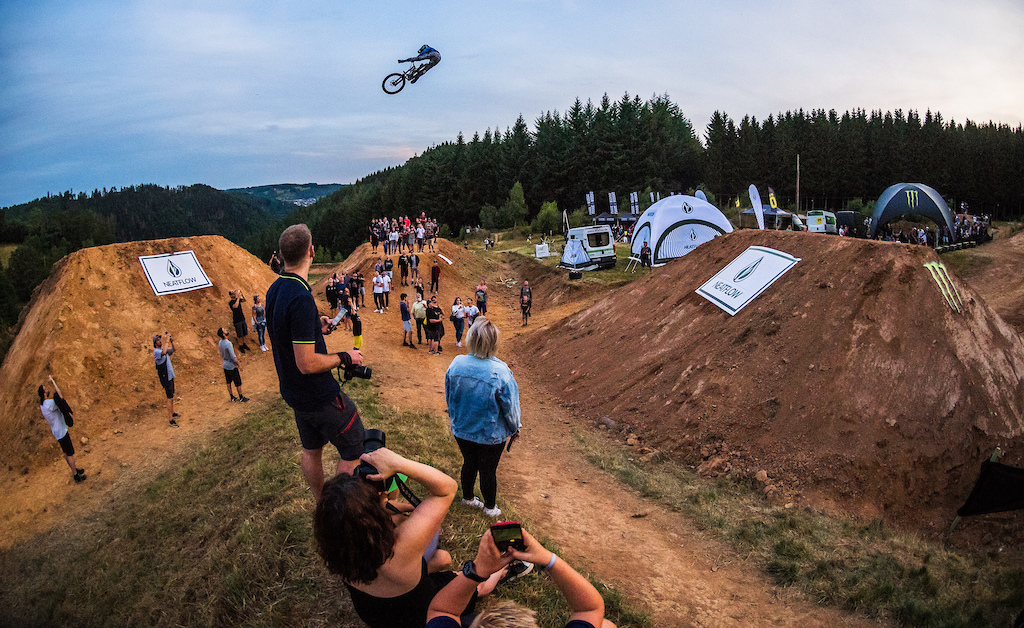 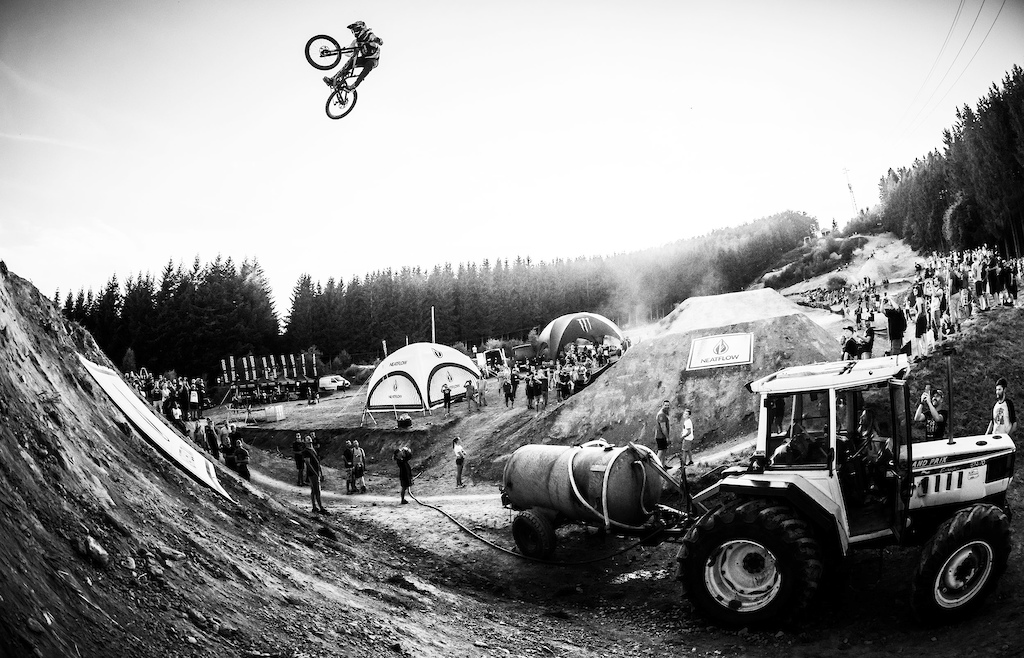 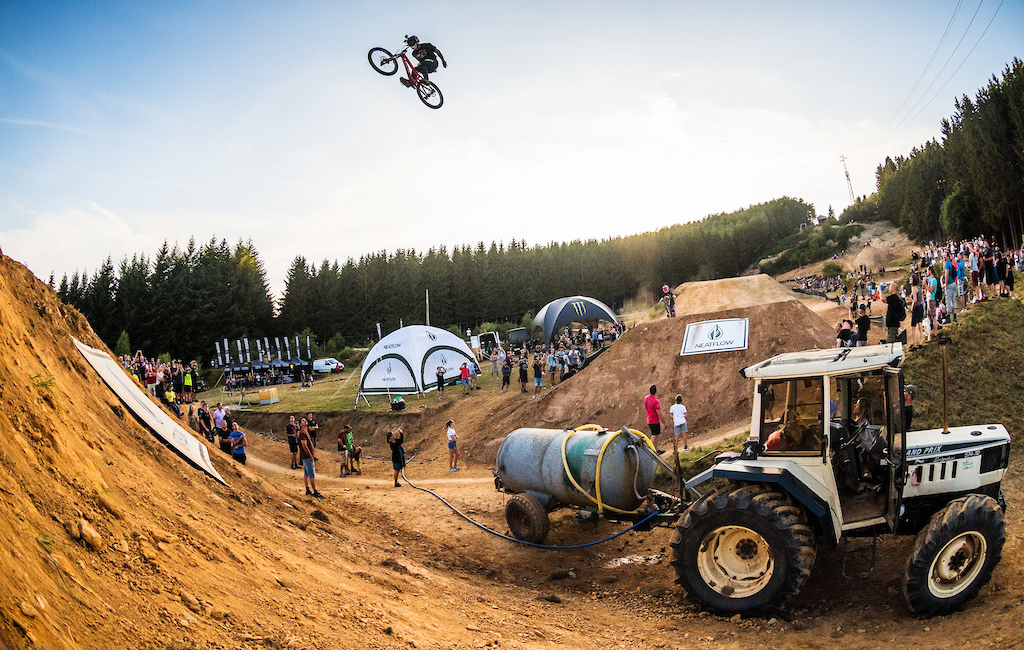 The OG's, Sam, Nico, Clemens, Andreu were getting the style out right from the start and blasting so high on everything. Andreu pulled the craziest line of the week with a superman on the 2nd, flip on the 3rd and a huge flat 450 on the hip at the bottom to earn the Best Line title! Remy had a score to settle after his horrendous crash here 2 years ago. Let's just say he showed this course who's boss this time and was making them look like a set of BMX trails with toboggans and chilled, lazy looking one handers on the hip, while blasting it higher than anyone else at the same time! Conor also unleashed some madness on the line with a few flips and on the last day nailed a flip no hander on the 2nd... how you do that on these type of jumps still blows my mind and Joel was following everyone so closely he got an amazing POV shot of it right in front of him. 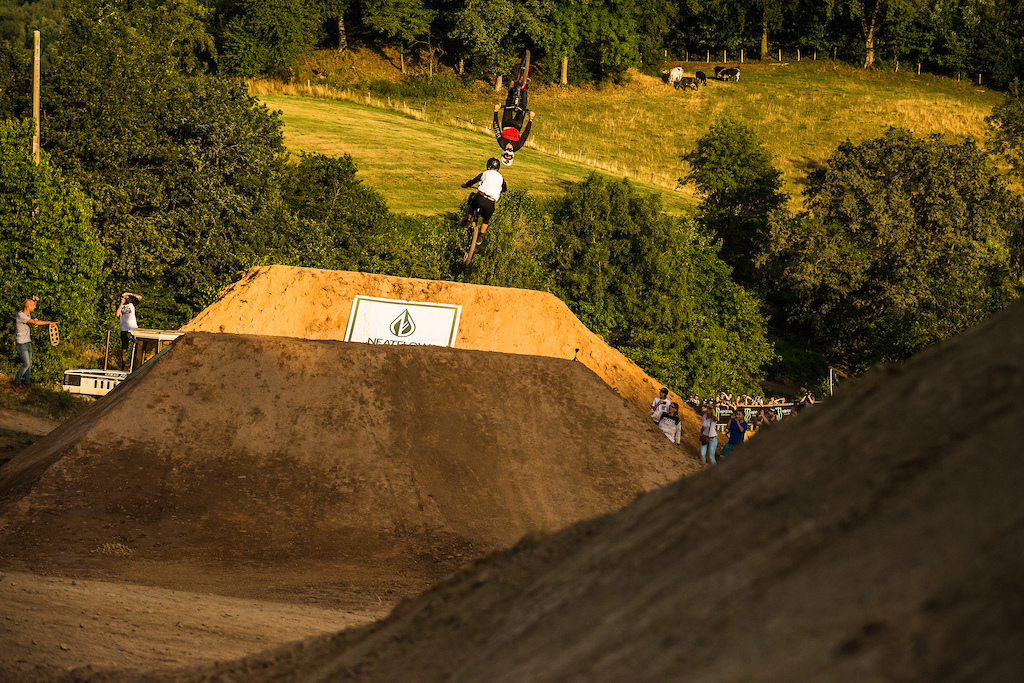 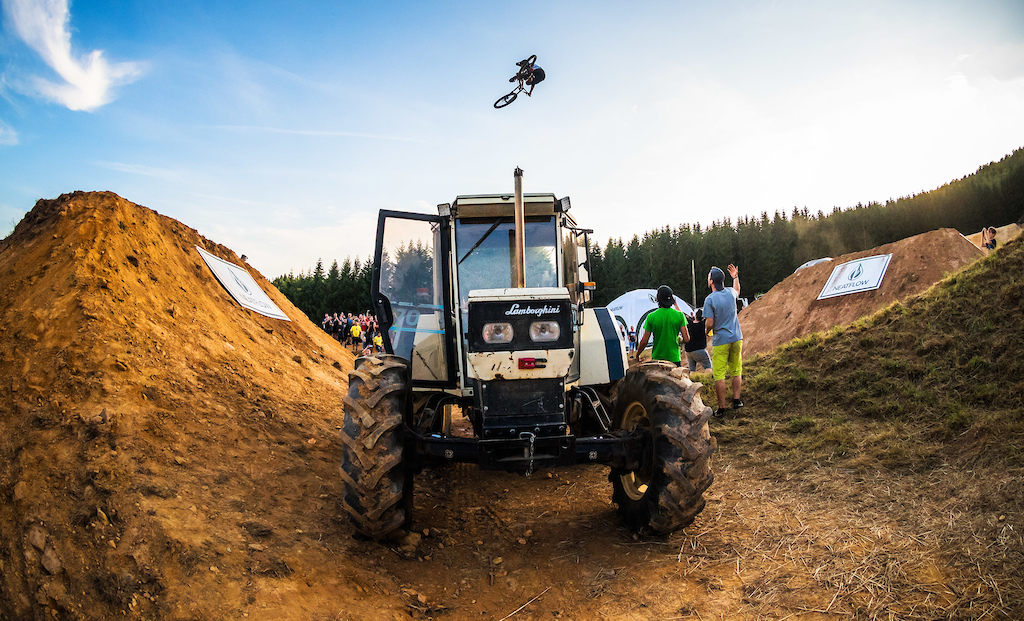 Sideways over the Lambo! 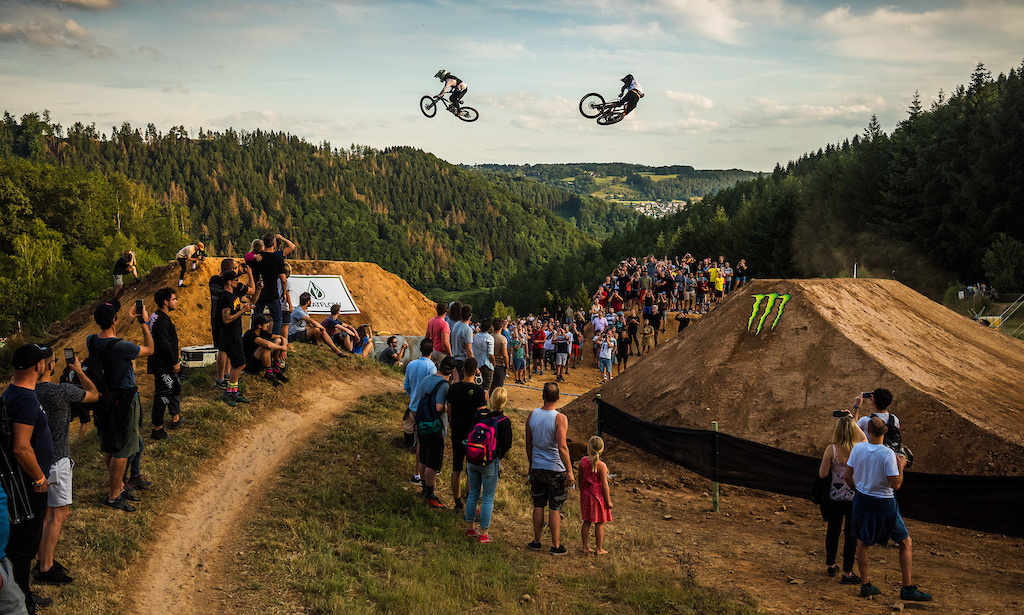 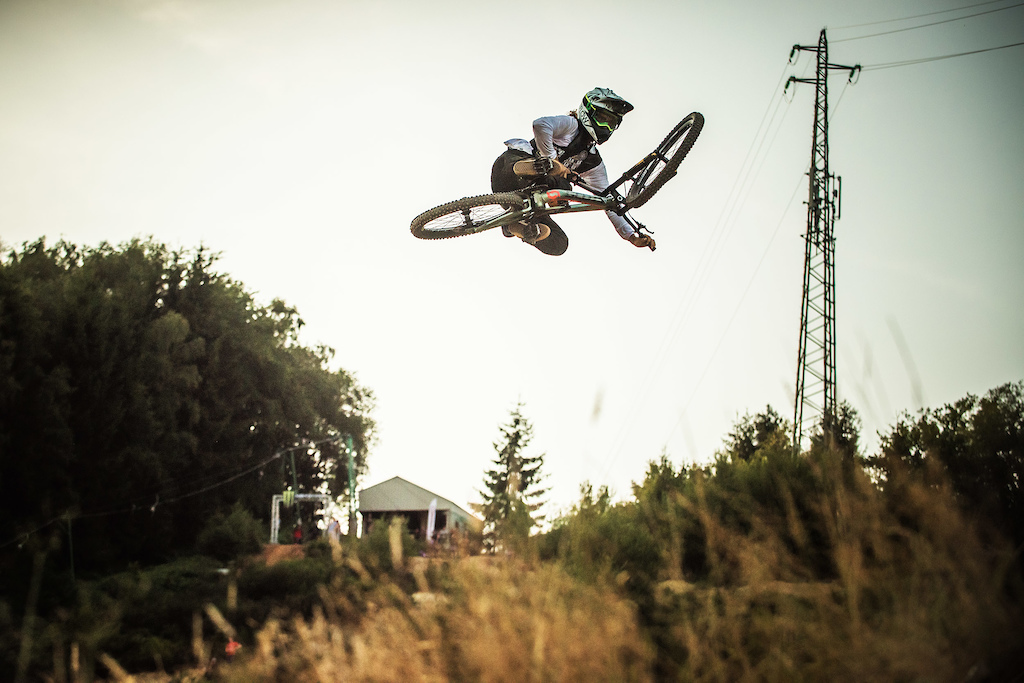 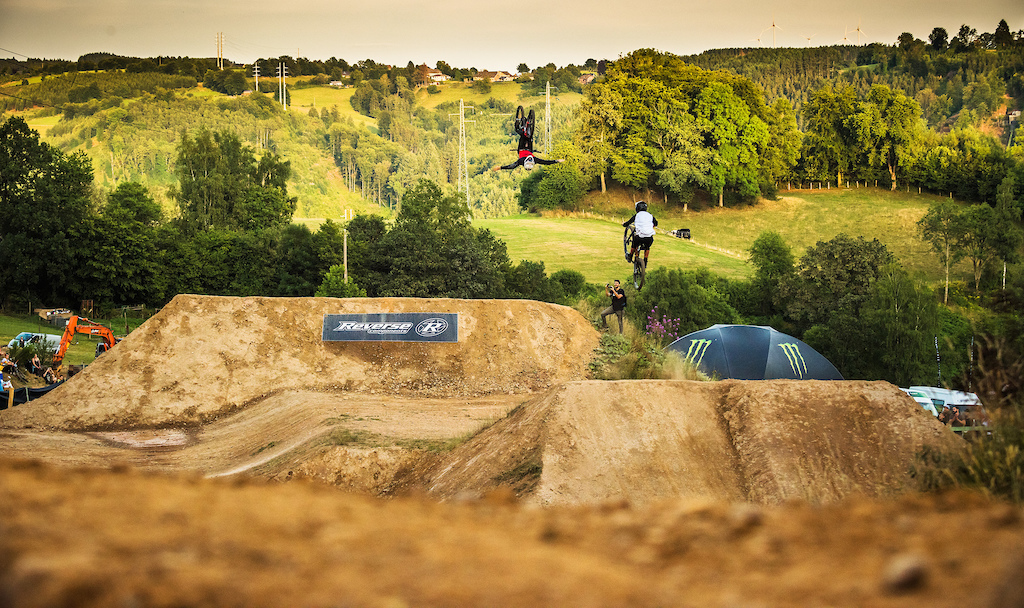 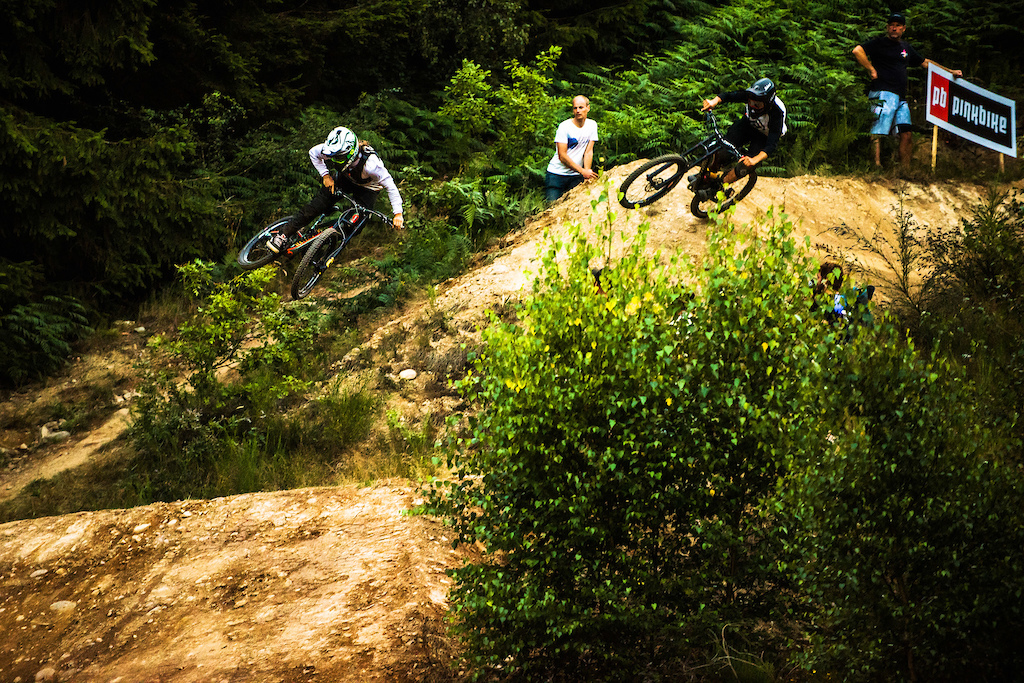 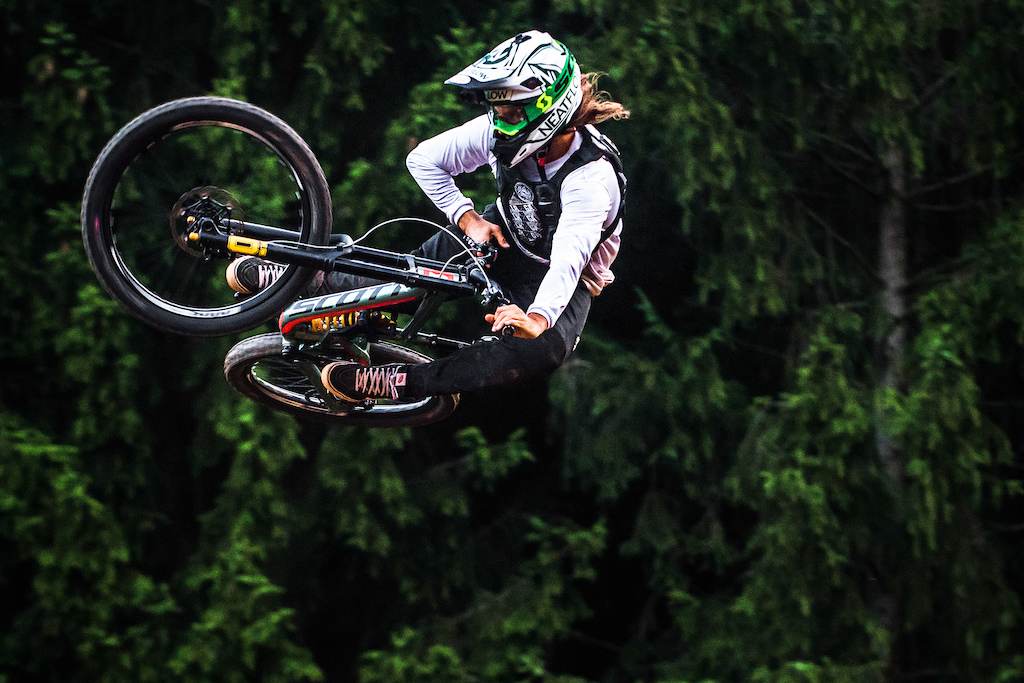 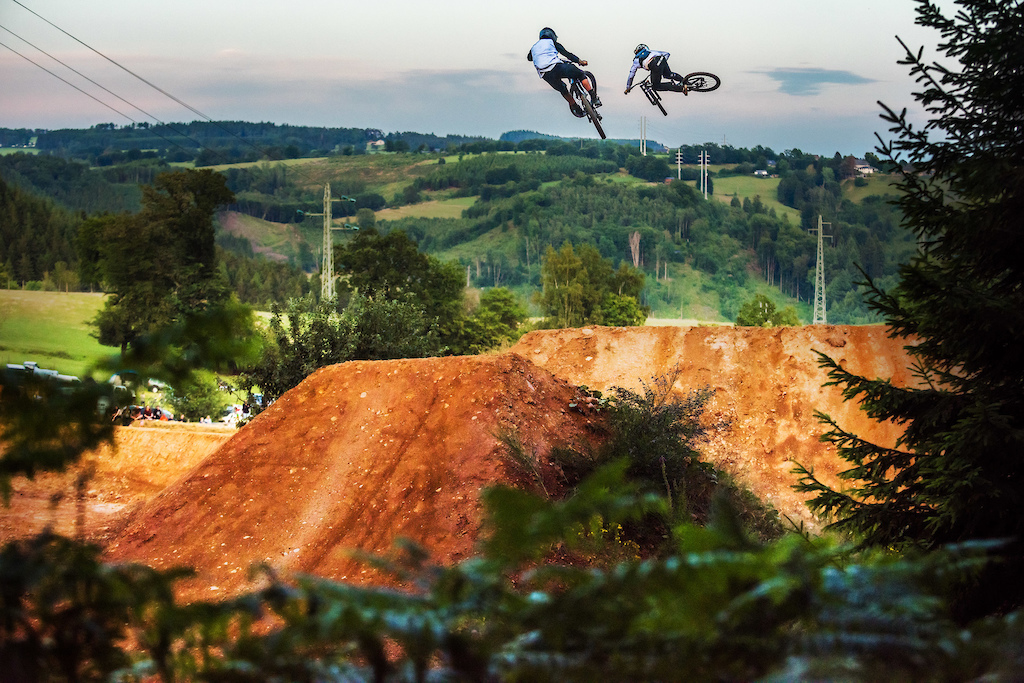 Unfortunately with jumps this size a small mistake can turn hugely horrible very quickly and the first casualty was Adolf Silva, who overshot the first and went all the way to flat and nose heavy. He unfortunately broke his femur & had to be rushed off for surgery, but is already full of nonsense again & will be back on his bike in no time! Damon Iwanaga and Szymon Godziek both did some damage to their shoulders. Damon broke his collar bone and scapula and flew home for surgery and Szymon dislocated his shoulder after landing nose heavy on the 2nd hit. Tom Reynolds also took a heavy hit on the first, got thrown over the bars and only stopped halfway up the next lip. Luckily he only got a few nice tattoos out of it & nothing seriously injured. 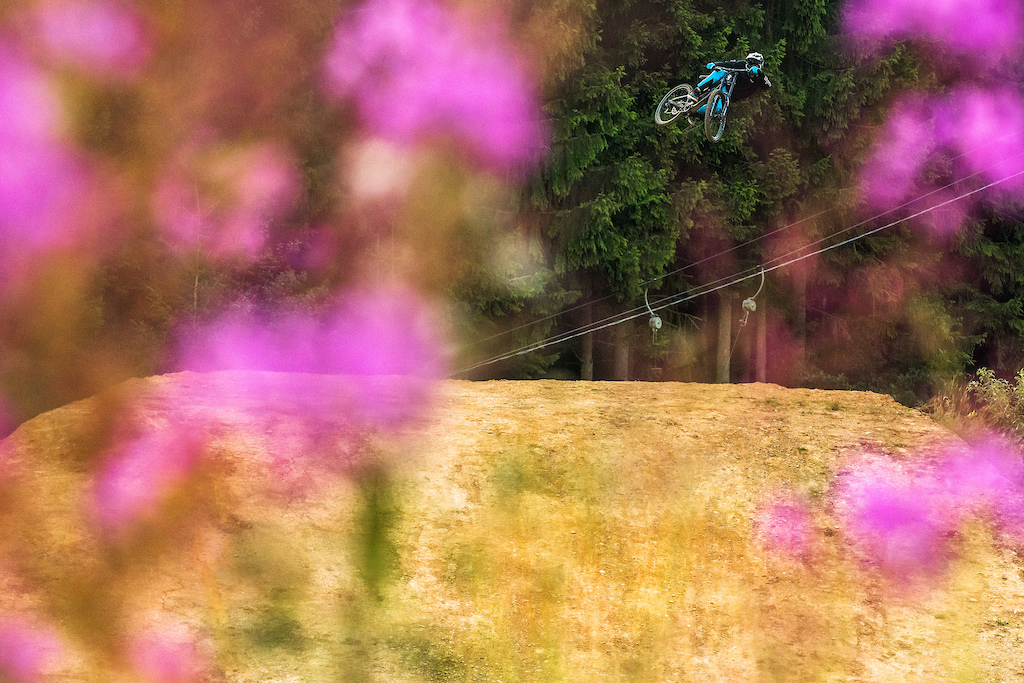 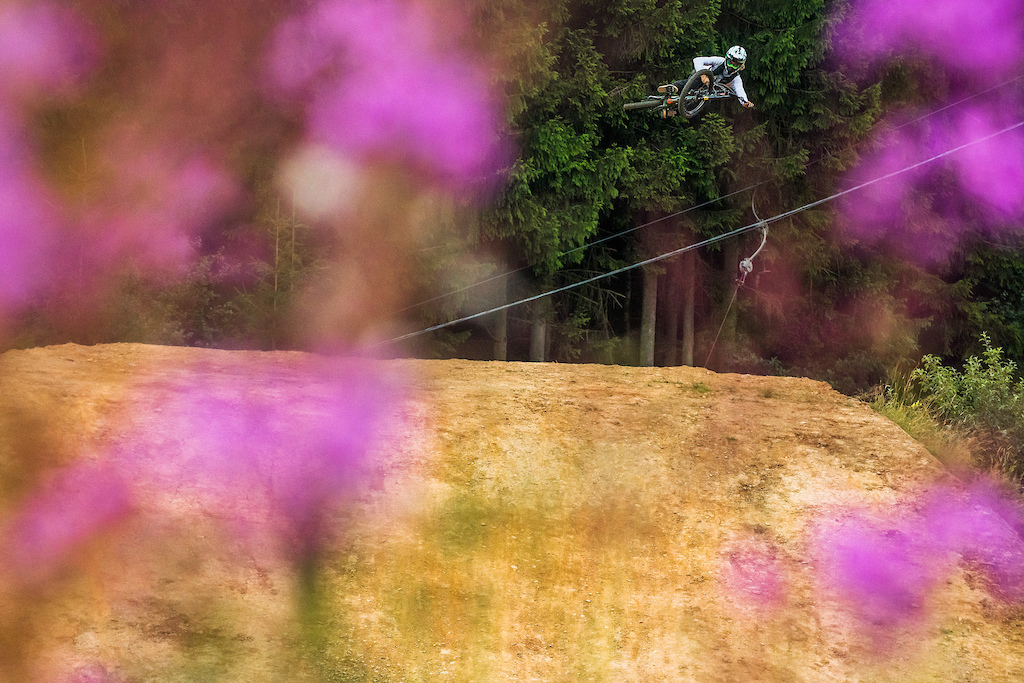 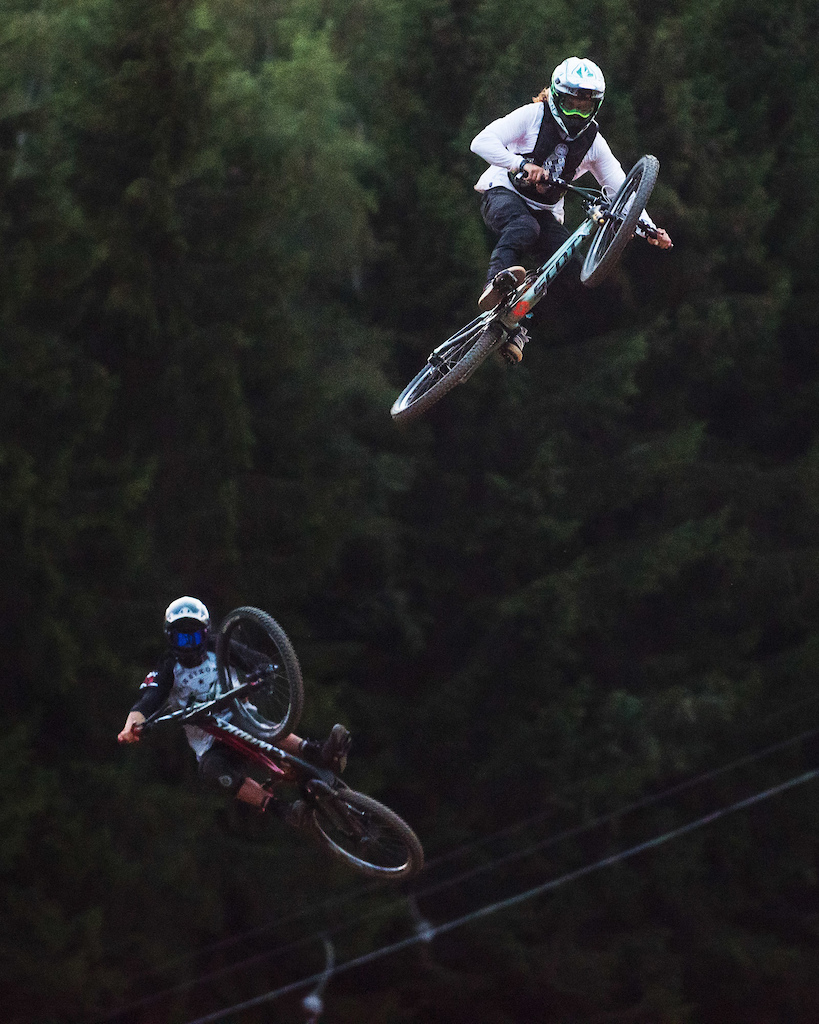 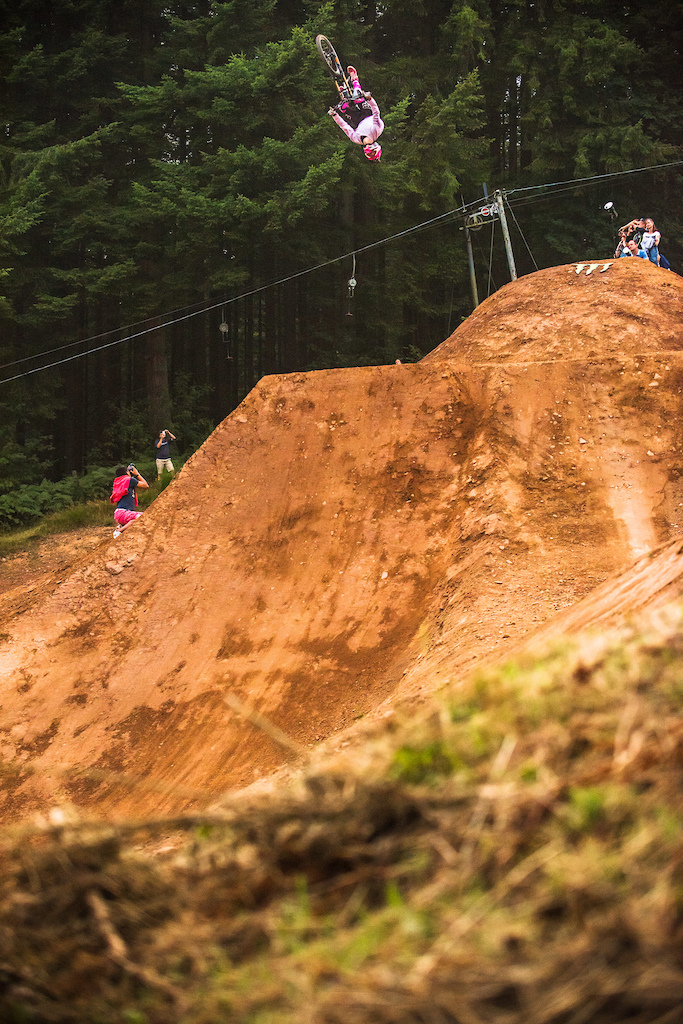 Most of the week we were treated to amazing weather, the crowd was massive and everyone in good spirits cheering for the riders and shredding the bikepark, which makes the atmosphere even more special here. 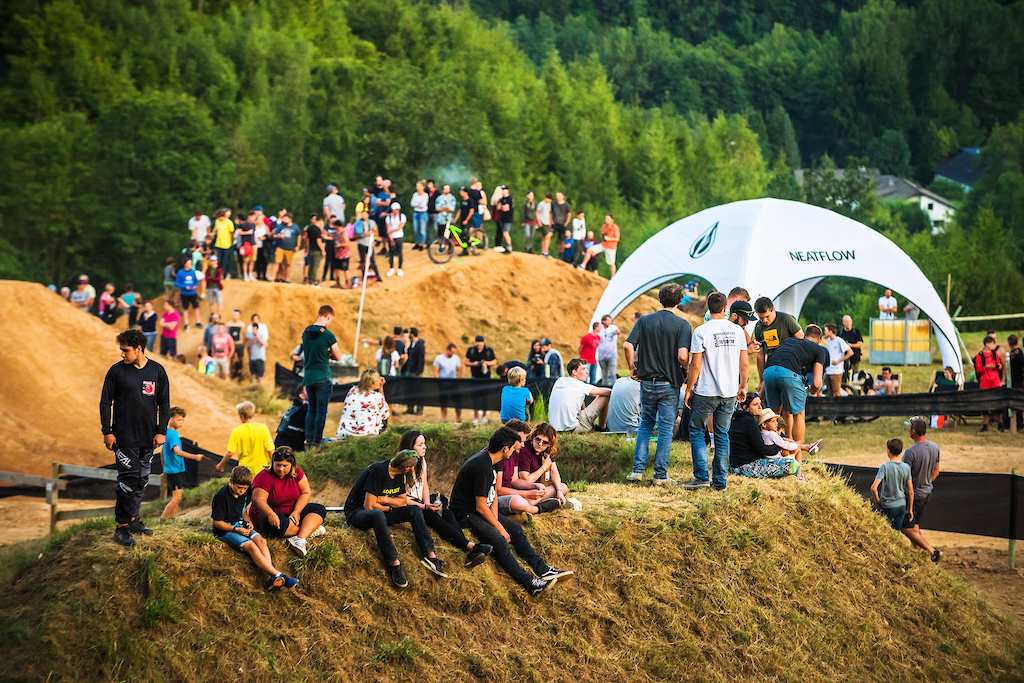 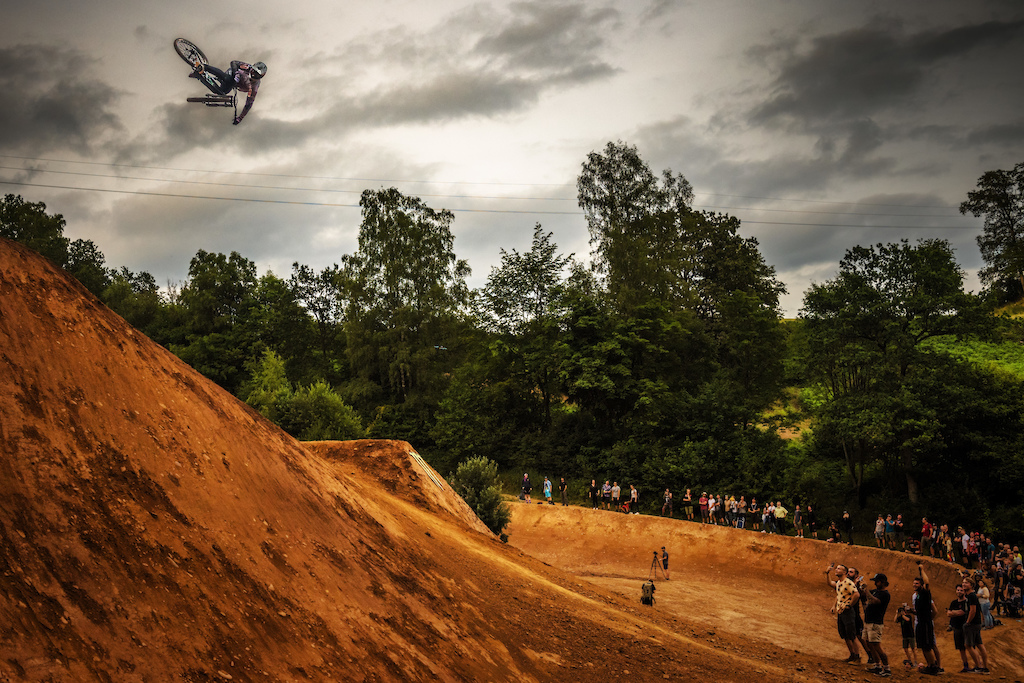 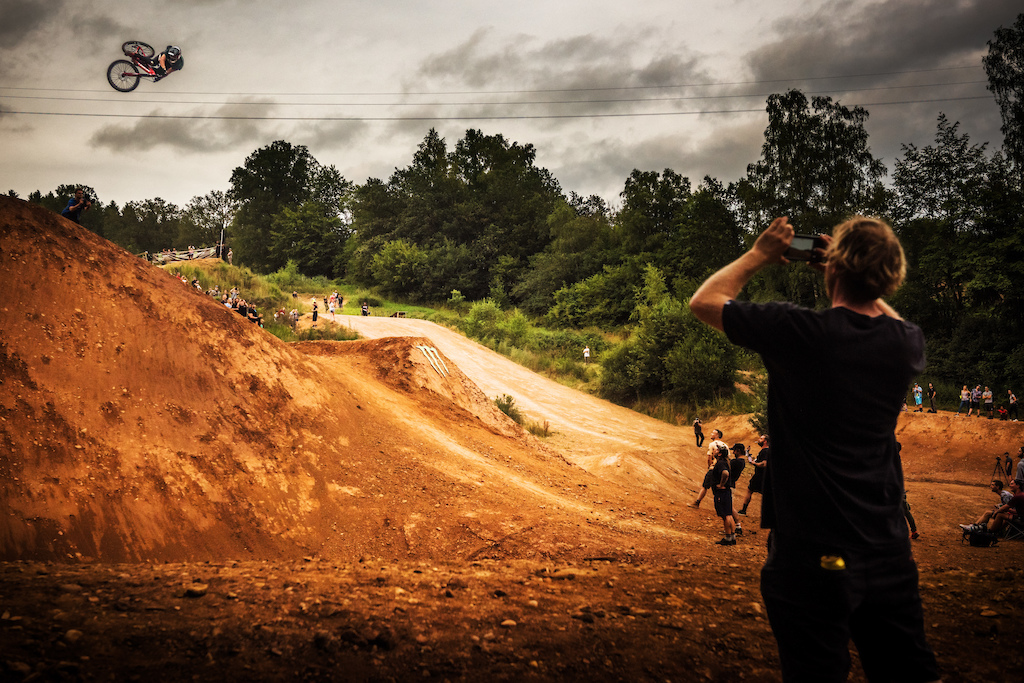 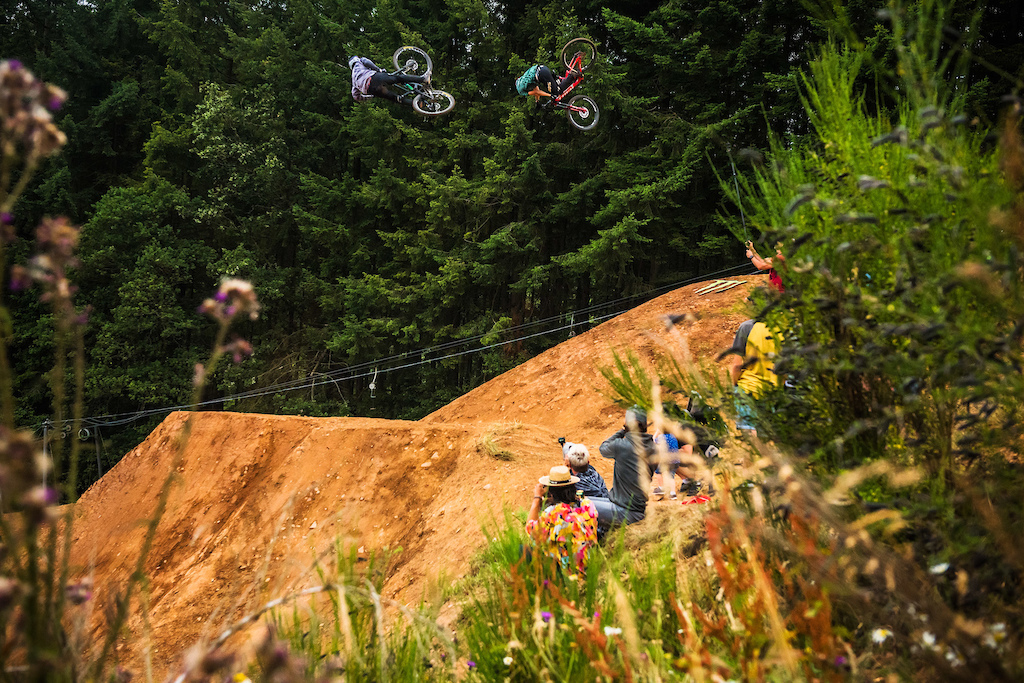 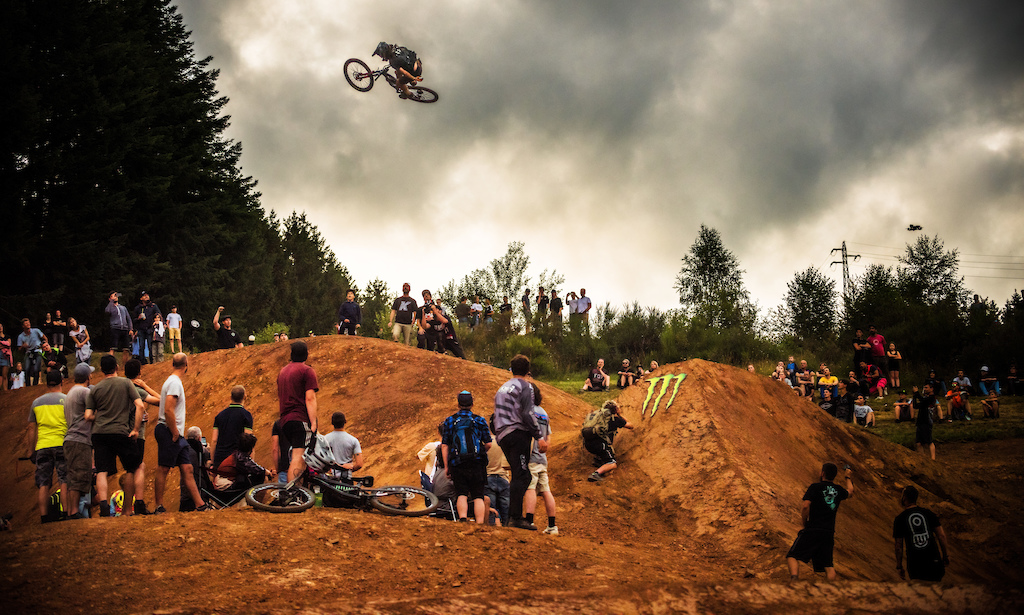 Remy, King of the Hip!
Huge thanks to Nico and his team for organising one of the best events of the year yet again! It's only just finished and we can't wait for more already!!! 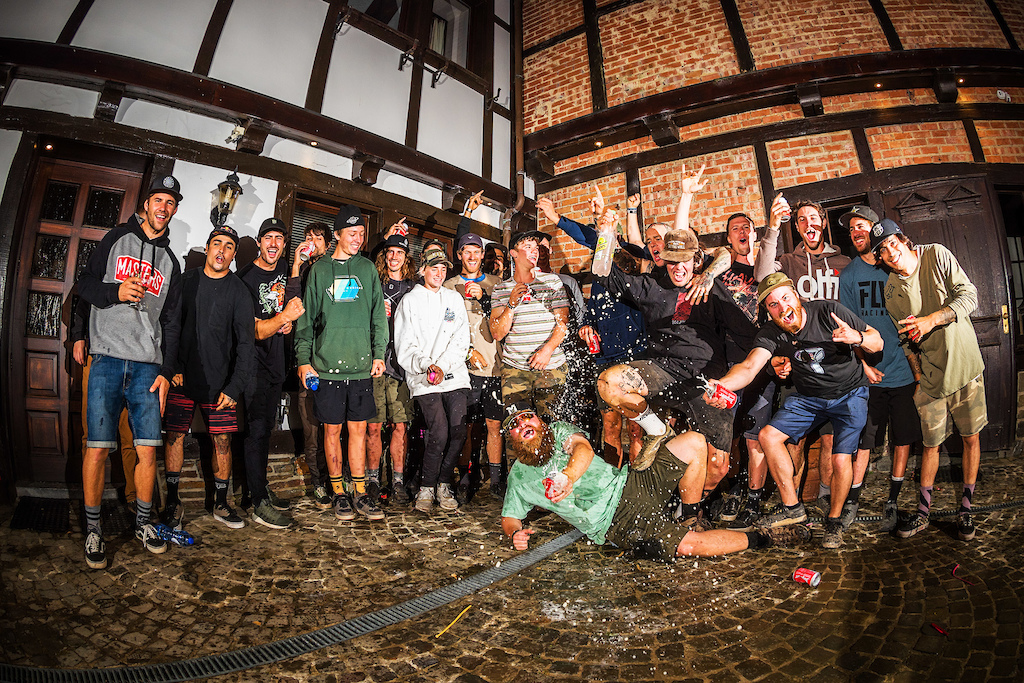 Posted In:
Racing and Events Loosefest

brianpark Mod Plus (Jul 30, 2019 at 17:32)
The video got taken down off YouTube—apparently it wasn't quite ready for prime time. We'll post it up again as soon as it's live tomorrow.

ejopdahl (Jul 30, 2019 at 23:18)
if they charge for Friday fails they better give me my royalties for the clip of mine they used. That makes me a pro rider right? Lol @mtbikemccoy:

IntoTheEverflow (Jul 30, 2019 at 17:05)
Why son?
I thought none of the girls in town fell for your trick anymore.
Does this mean you finally want to work the land?

ericpalmer (Jul 31, 2019 at 2:25)
@yolokiwi: mine is closer to the real sizes than that. The disclaimer in the corner even says it's approximate on that image. I heard Nico chat about it with someone, so I trust him more.

zoobab2 (Jul 31, 2019 at 7:30)
@man-wolf: Let's hope, it was good filming, seems lot of jumps happened on Thursday, was only there on Friday, on Saturday most of the runs were cancelled due to storm.