Photo Report & Results: Round 2 Of The 4X ProTour In Poland 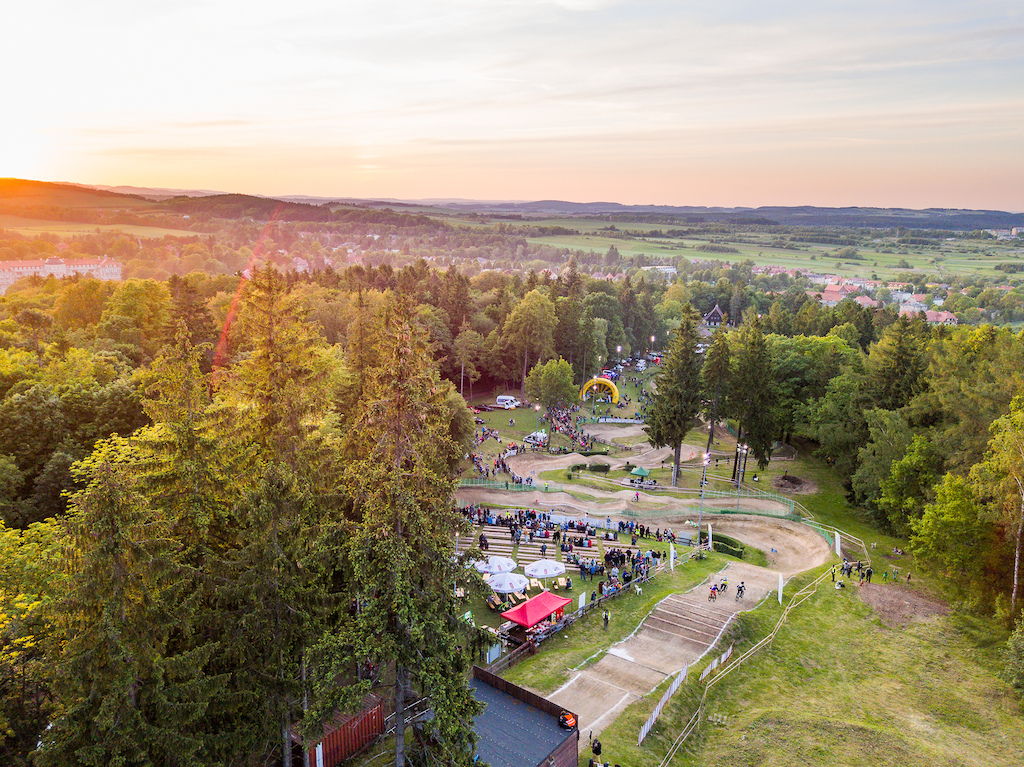 The track in Szczawno Zdroj is in south west Poland is widely regarded as one of the finest 4X tracks in the world. In the heart of the city, it is the pride of the town, lined by hedgerows and trees. At around 40 seconds long, there is a mix of high and low speed, technical and huge jumps. There is something to suit all the riders and the racing is always amazing. Riders began to arrive in Szczawno on Thursday. The immaculately prepared track looked perfect. The 40-foot double jump on the last straight had riders talking as it was a pretty daunting feature at the end of the track and this became a real focus of practice as riders tried to tame the huge jumps.

On race day the skies were blue and temperatures were in the 20's. With the race promoted in local shopping malls, hotels and shops, there was no surprise that thousands of spectators turned up to watch qualifying and the race itself. With food and beer stands at the track, the atmosphere was amazing, and the riders were ready to get Round 2 of the 2018 4X ProTour started. Qualifying got underway with blue skies and perfect conditions.

The home crowd was going wild for all the local Polish riders. One by one the riders gave it their best shot to claim the fastest time in qualifying. Still, we feel, one of the allures to 4X crowds around the world is that 4X demands a single perfect lap just to qualify. A mistake and quite simply riders will go home and do not even race in the main event. It's a ruthless system but one 4X riders and fans love. The pressure on each rider is immense, but who could keep their cool and take the fastest times.

In the women's it was Romana Labounkova who took the fastest time. With an awesome lap, she stopped the clock in 46.83 seconds. Second went to Olga Romzaikina. Third was Michaela Berakova.

In the men's, Tomas Slavik took the fastest time with 38.97 ahead of overall points leader Felix Beckeman and Quentin Derbier. Just 0.6 Separated the top 3!

The guys were absolutely on the ragged edge. They make it look so easy but the speed that they hit this track and these jumps at has to be seen to be believed. 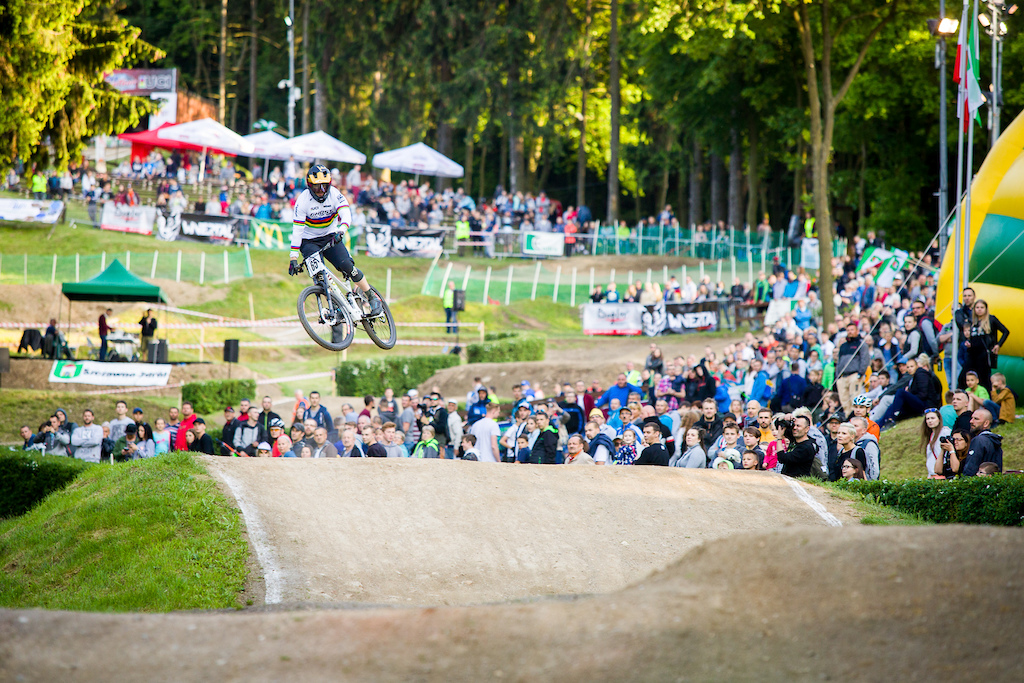 So it was onto the knock-out stages. The racing was superb all night. So much calculated racing from all the guys it was great to watch. 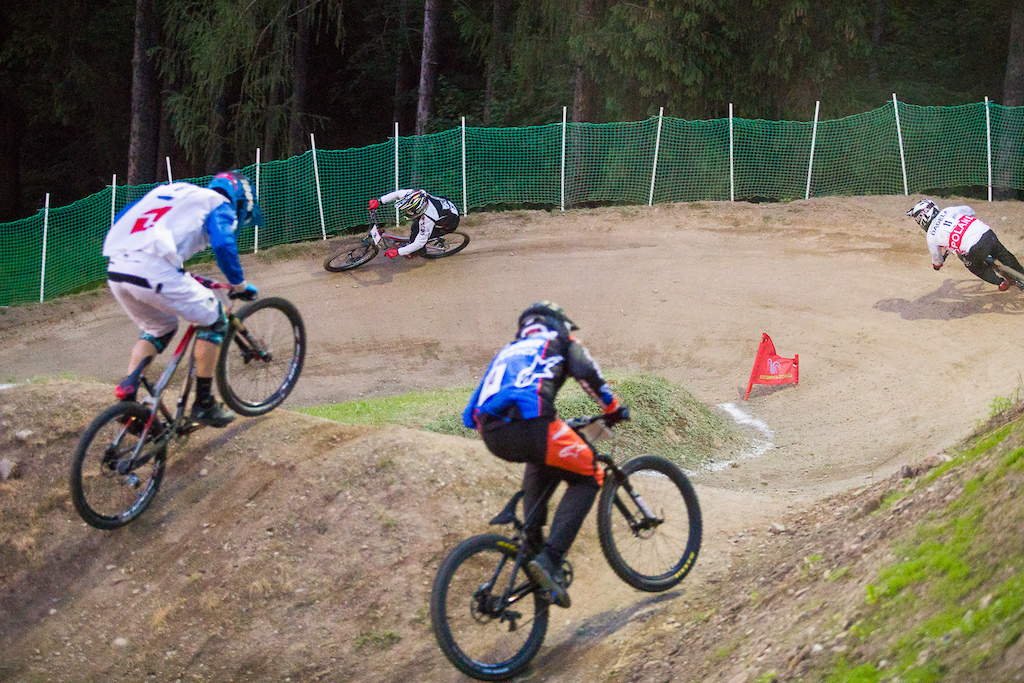 In the first semi, Tomas Slavik lined up against Mikulas Nevrkla, Scott Beaumont and Simon Waldburger. As the gate dropped Beaumont got the snap and led to the log drops. Slavik got through clean and took the lead with Beaumont behind him. These two looked like they were going through until a fantastic pass by Nevrkla on the final turn demoted Beaumont to third. Across the line it was Slavik and Nevrkla through to the main final. 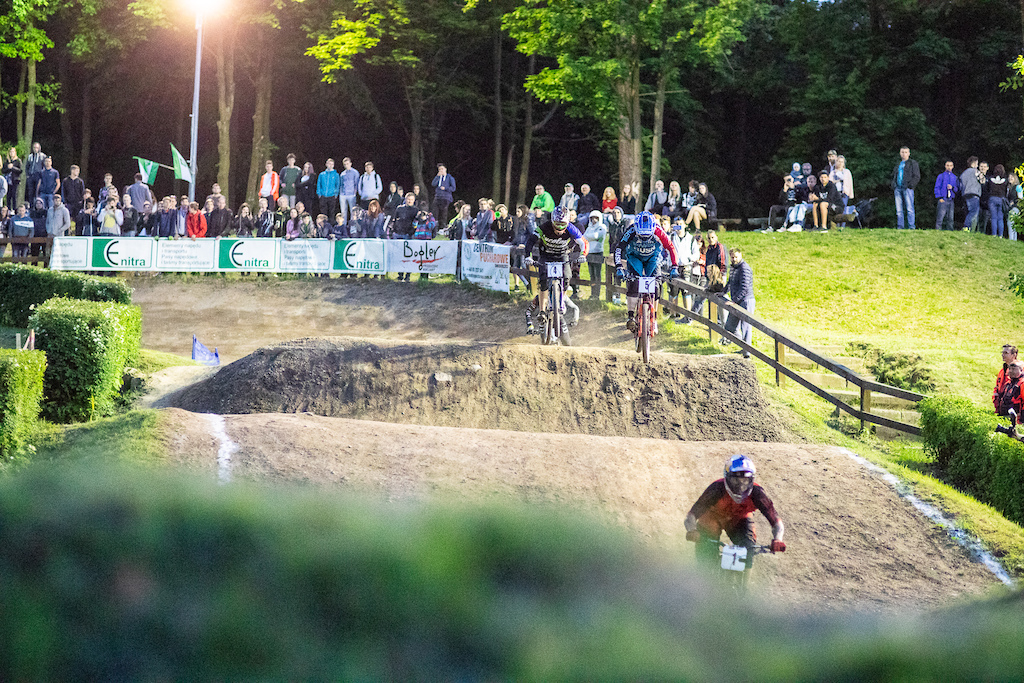 In the second semi final, Felix Beckeman took gate 1, Quentin Derbier in 2, local star Gustaw Dadela in 3 with Jakub Kantor in 4. The gate dropped and Beckeman took the holeshot. Derbier got bumped around out of the start and had work to do. A crash by Dadela was not what the Polish crowd wanted to see, but it was action packed as Derbier sliced his way into 2nd. Across the line it was Beckeman and Derbier through to the main final.

In the women's main final, Romana Labounkova was in gate 1, Olga Romzaikina in 2, Michaela Berakova in 3 and British rider, Hannah Escott in 4. The gate dropped and Labounkova got the holeshot. She did not look back riding some great lines and hitting most of the huge jumps. Romzaikina had a great ride to finish second, with Michaela Berakova in third. Escott finished fourth. 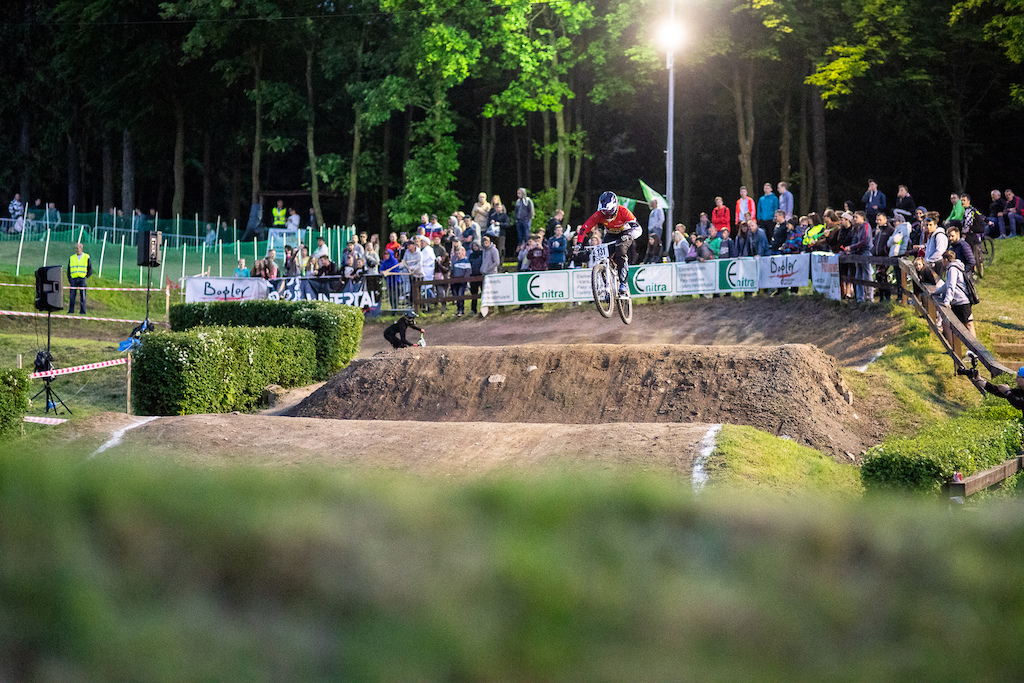 So it was onto the men's finals. Before the gate dropped there was some drama as Quentin Derbier had been disqualified for crossing the lines out of the start in his semi final. Most of the riders got involved and in the end it was deemed that Quentin did not cross the lines. He took his rightful place in the main final. Scott Beaumont took the win in the small final leading from start to finish and this gave him the last step of the podium in fifth for the night. Simon Waldburger finished 2nd, Jakub Kantor 3rd and Gustaw Dadela 4th giving them 6th, 7th and 8th respectively for the evening. 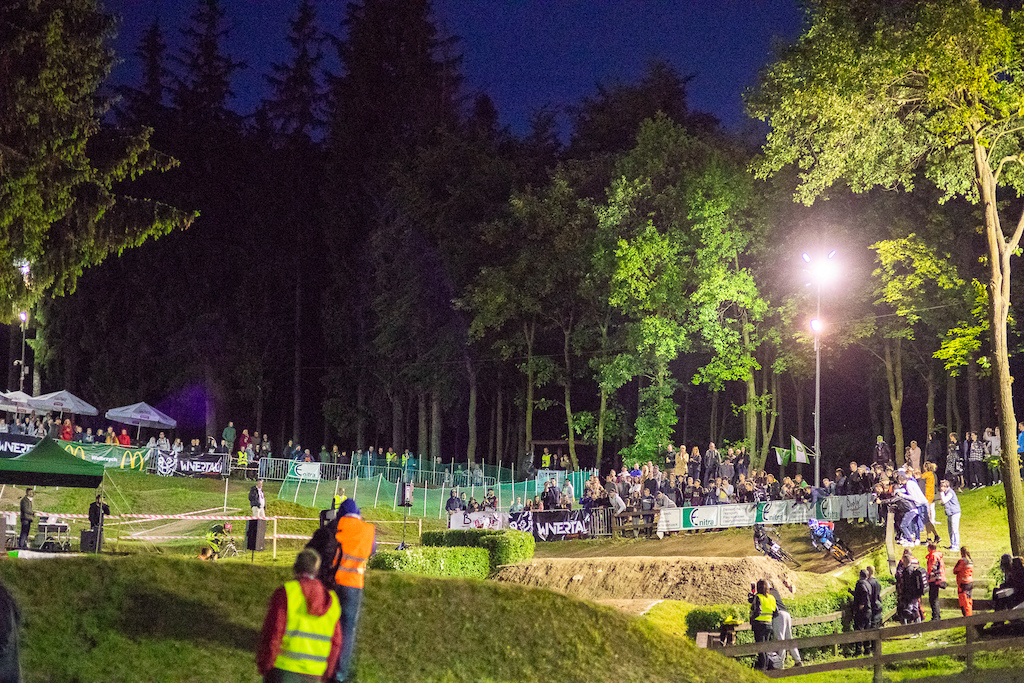 The final race was the big one. Tomas Slavik took gate 1, Felix Beckeman in 2, Quentin Derbier in 3 and Mikulas Nevrkla in 4. The gate dropped and Slavik grabbed the holeshot. Beckeman and Derbier were level. All three riders got really close in turn 1 but Slavik carried good speed on the exit and was away. Beckeman got going from turn 1 quickly and moved into 2nd. From here the positions held until the last turn. Derbier carried an amazing amount of speed and the drag race against Beckeman was on. All the way down the last straight the two of them were level but across the line Derbier grabbed the position. Slavik won from Derbier, Beckeman and Nevrkla. 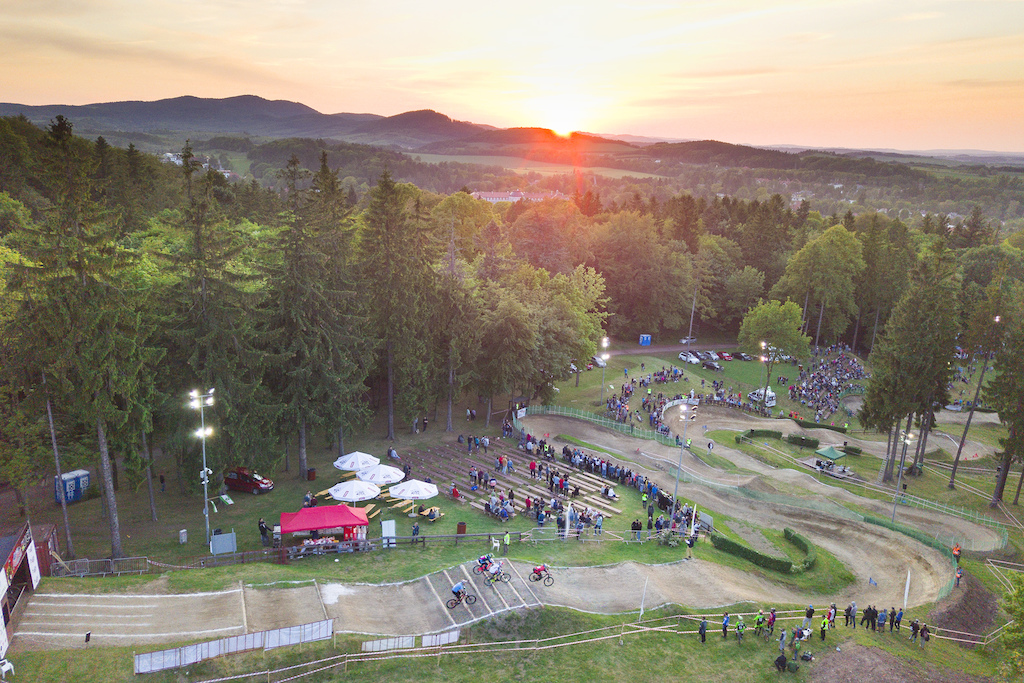 The podiums, national anthems and ceremonies capped off a great event, and went into the 4X history books for this amazing venue. Everyone left the venue for the after party in the local night club. An awesome event and a real showcase for the 2018 4X ProTour. We can’t wait to return again in 2019. 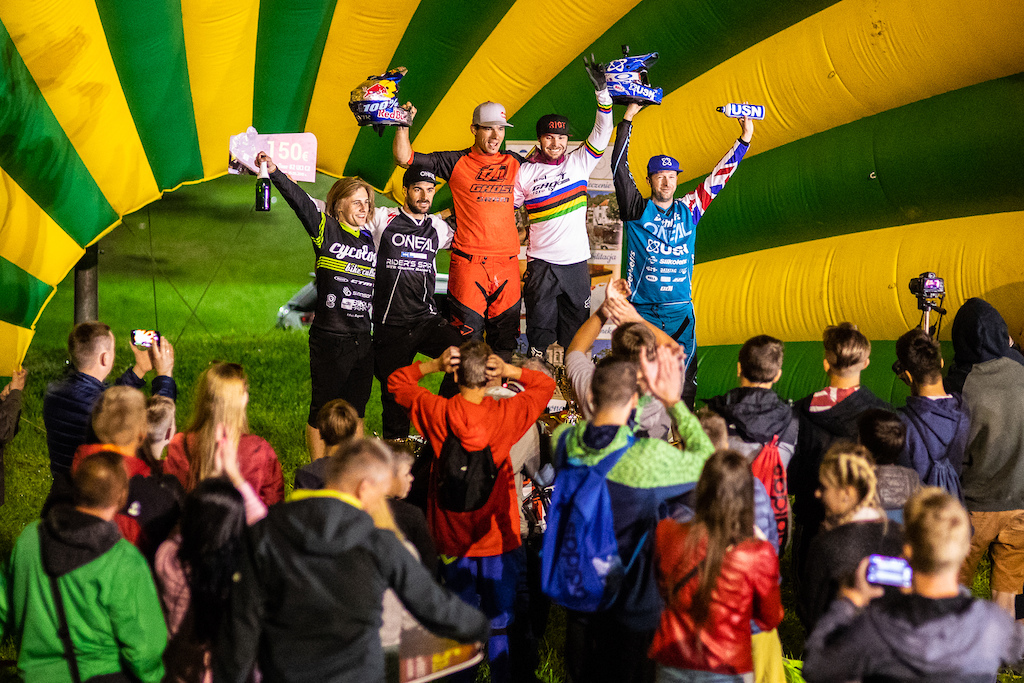 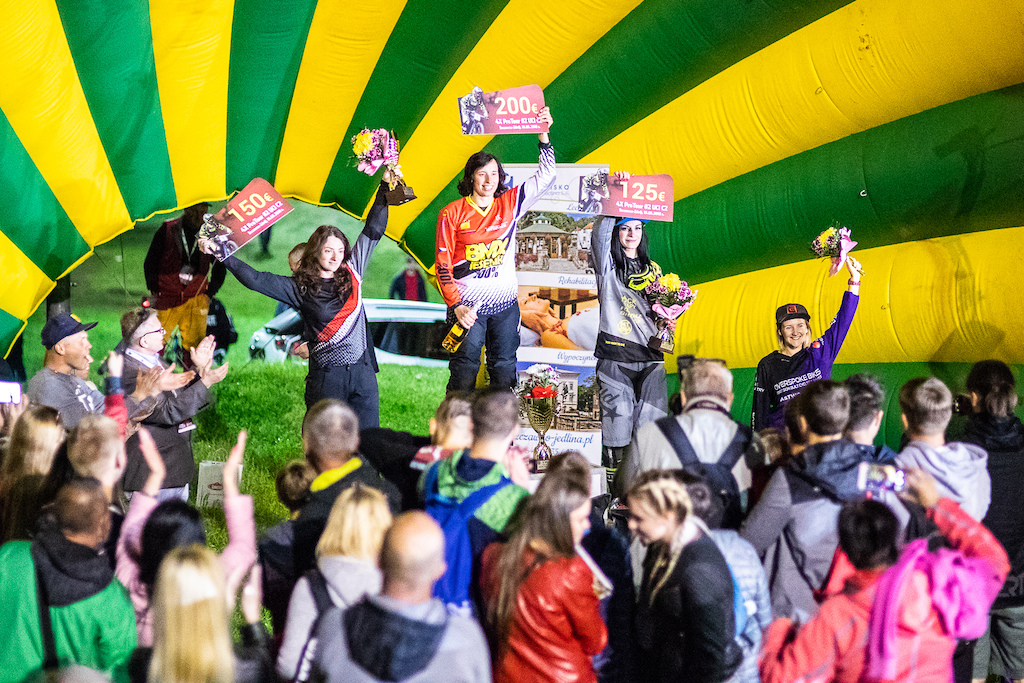 From here the riders only have 14 days until Round 3 of the 2018 4X ProTour which will take place in Fort William, Scotland on Saturday 2nd June. The venue in Fort William is phenomenal. Without doubt the loudest crowds on the whole 4X ProTour and a great race track.

If you require further information on the 4X ProTour, have a look at the official website:
www.4xprotour.com. 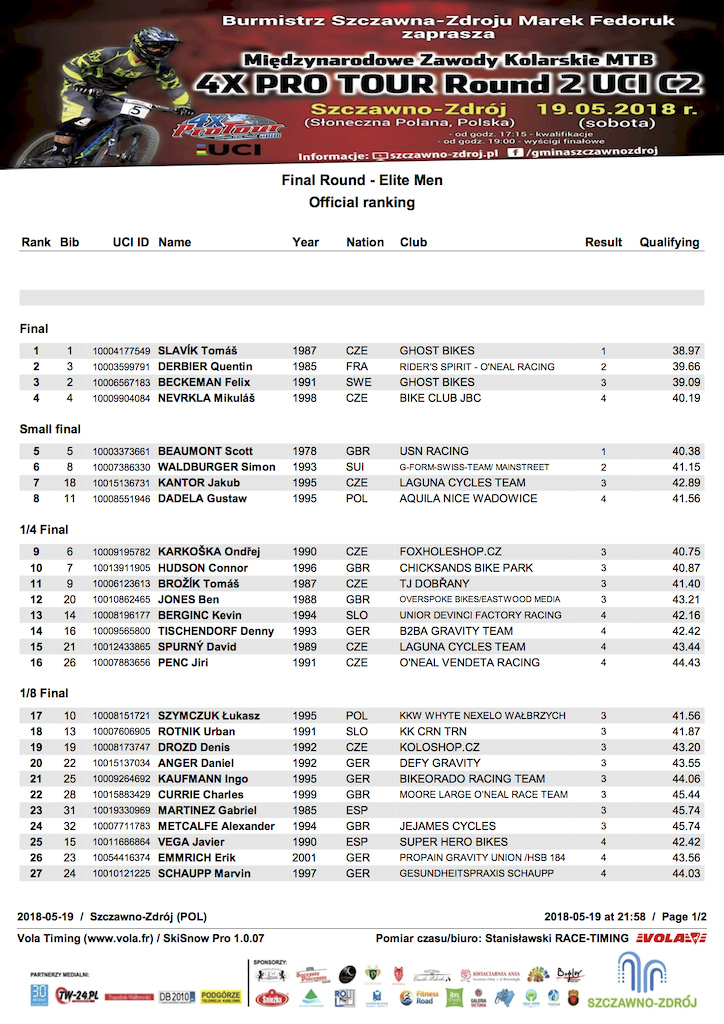 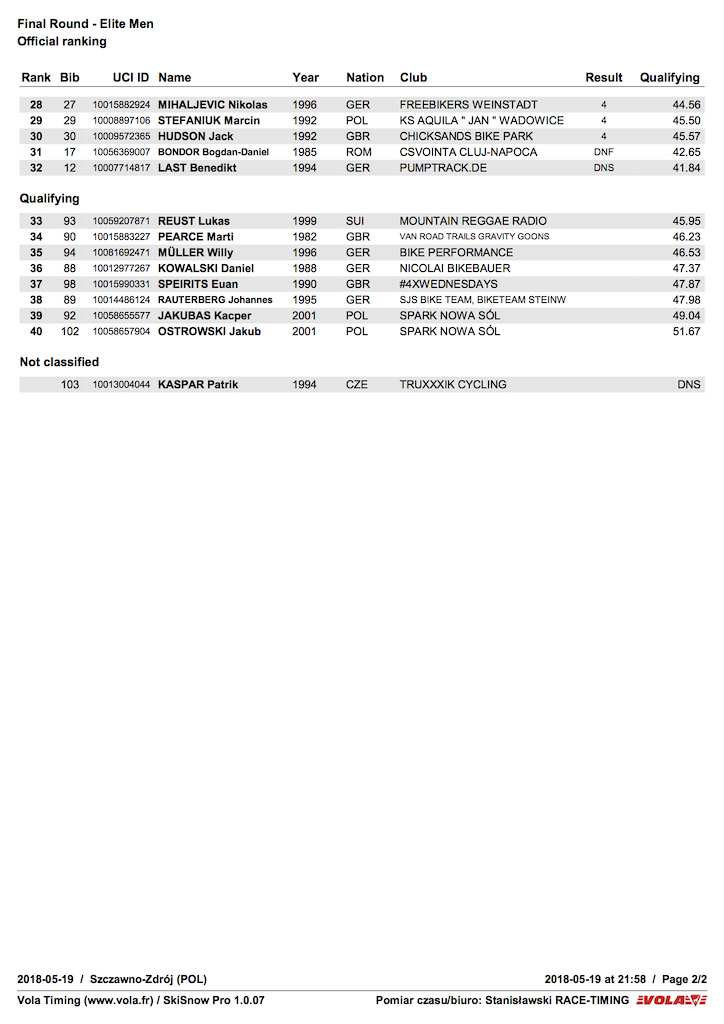 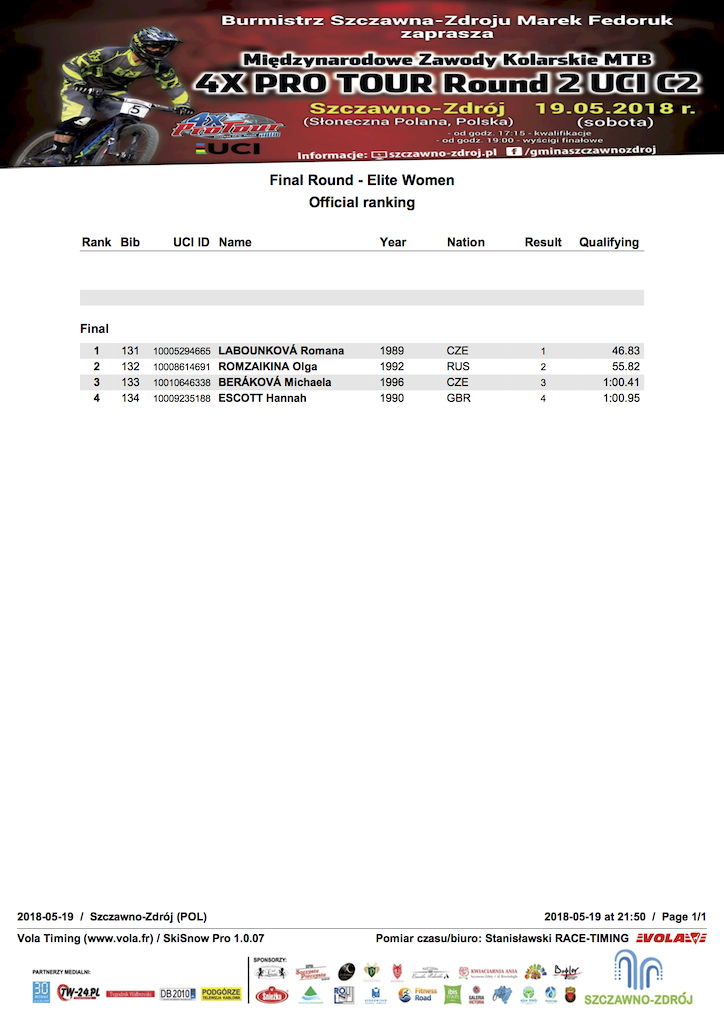