Photo Story: R-Dog Rides the Gem That Is Beacon Hill in Washington 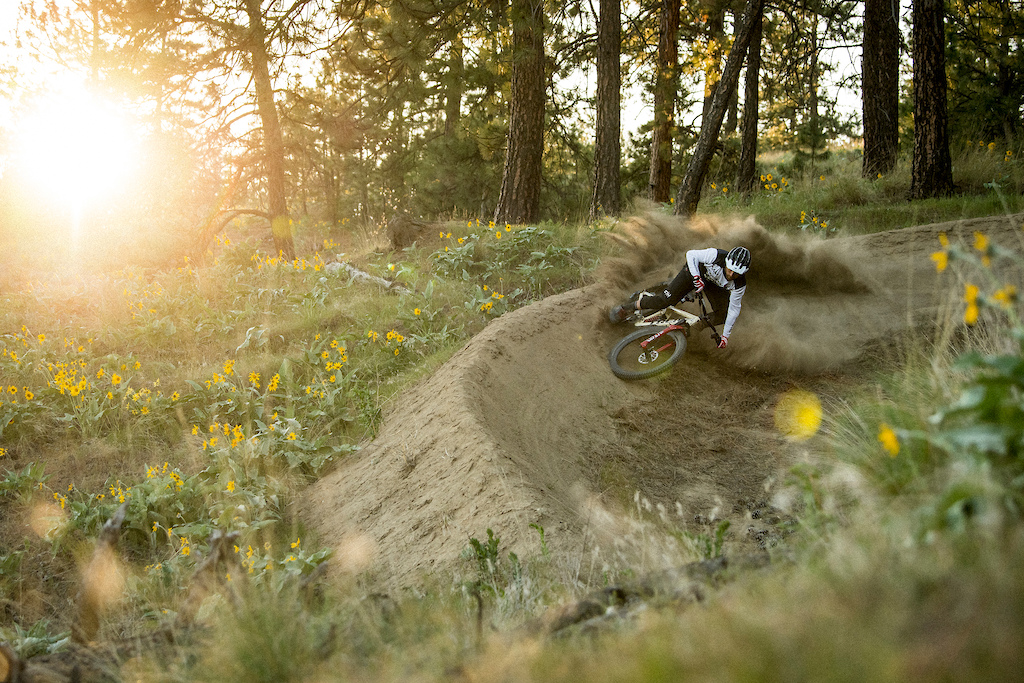 PACK YOUR BAGS AND LET’S GO!

After spending an off-season and a year of lock-down on his home trails in Santa Cruz, California, R-Dog, aka Ryan Howard, finally flew the coop to visit a friend and check out their riding scene. When you’re a frequent flyer at world-class riding destinations throughout the years, it can be hard to find that level of trails, jumps, and stoke elsewhere. But with the right mix of features, banter, wildflowers, and local insight to lead the way, any place can become your next epic destination. 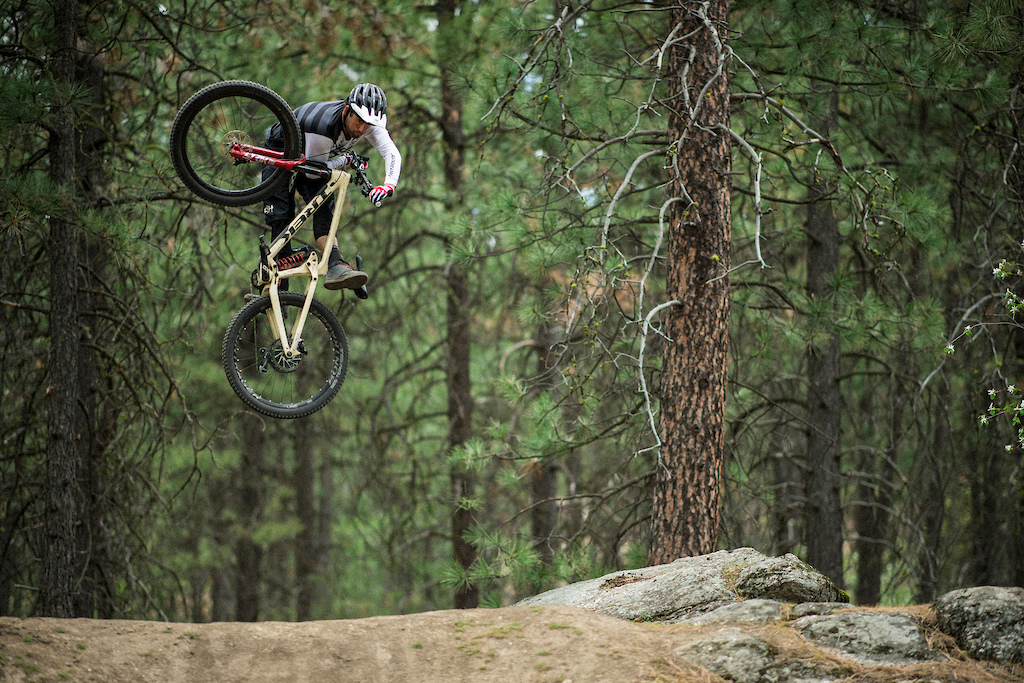 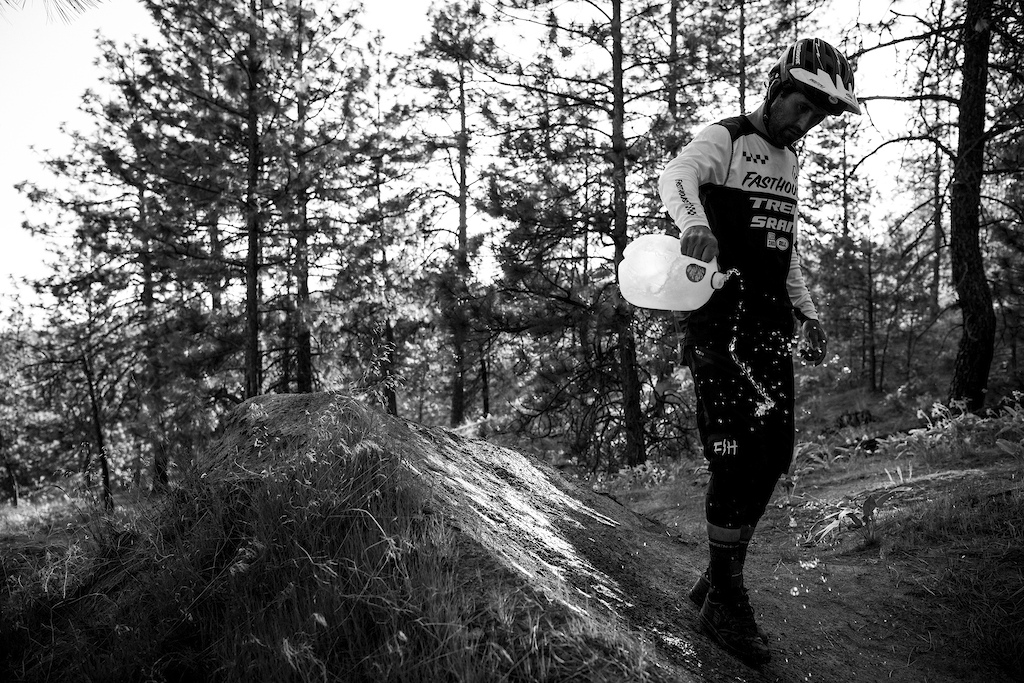 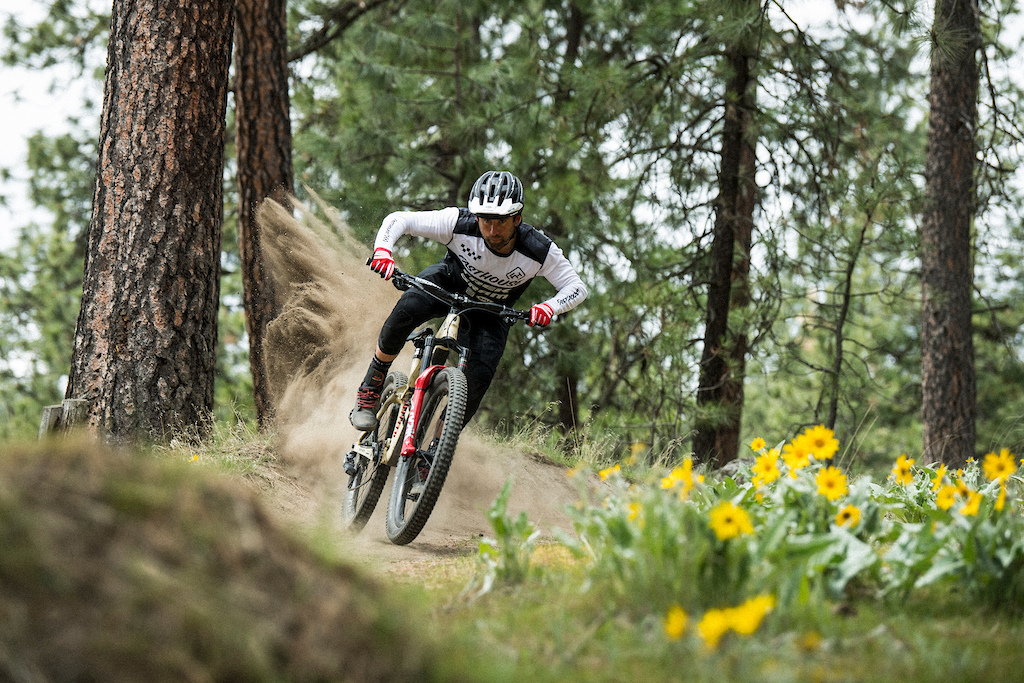 Beacon Hill is a gem to the riding community of Spokane, Washington with 31 miles of trails that crisscross over 1,000 acres of public and private lands. R-Dog stumbled upon this zone when he was helping his close friend move from the loam-infested coast of California to the arid climate of Eastern Washington. 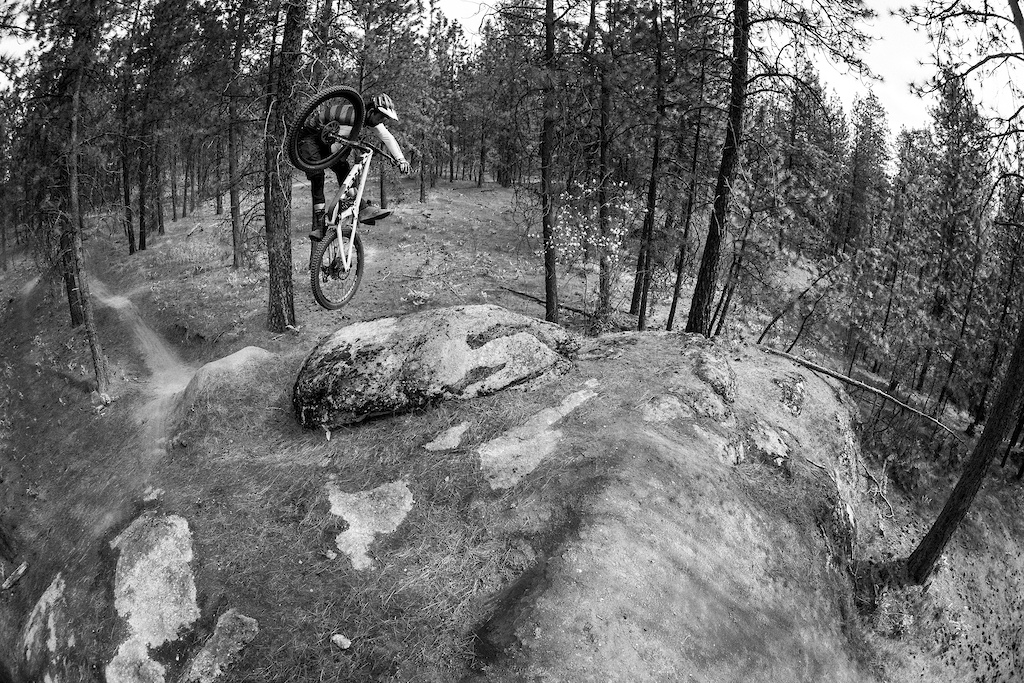 “Ian’s an incredible photographer, a really good bike rider, and loves to dig. Our relationship grew over the years - always riding and digging together. Ian was my right hand until he moved.” 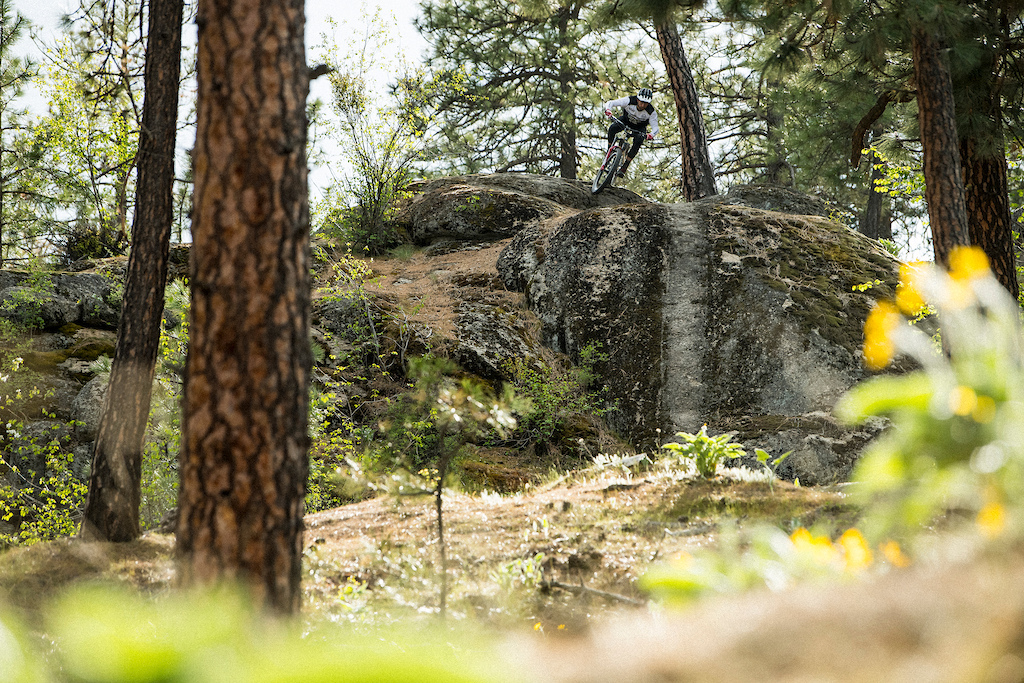 R-Dog managed to squeeze one of his bikes in amongst Ian Collin’s seven and got a taste of what the area had to offer and knew he had to come back.

“In any community, if a bike park pops up, it's going to be a positive thing no matter what. Kids are learning how to dig and how to ride. As a mountain biker, we strive to immerse ourselves in the biking scene no matter where we go. We travel to all these crazy places - Europe and New Zealand – but really all I want is to go and ride my bike in cool places. Beacon Hill provided that place to ride.” 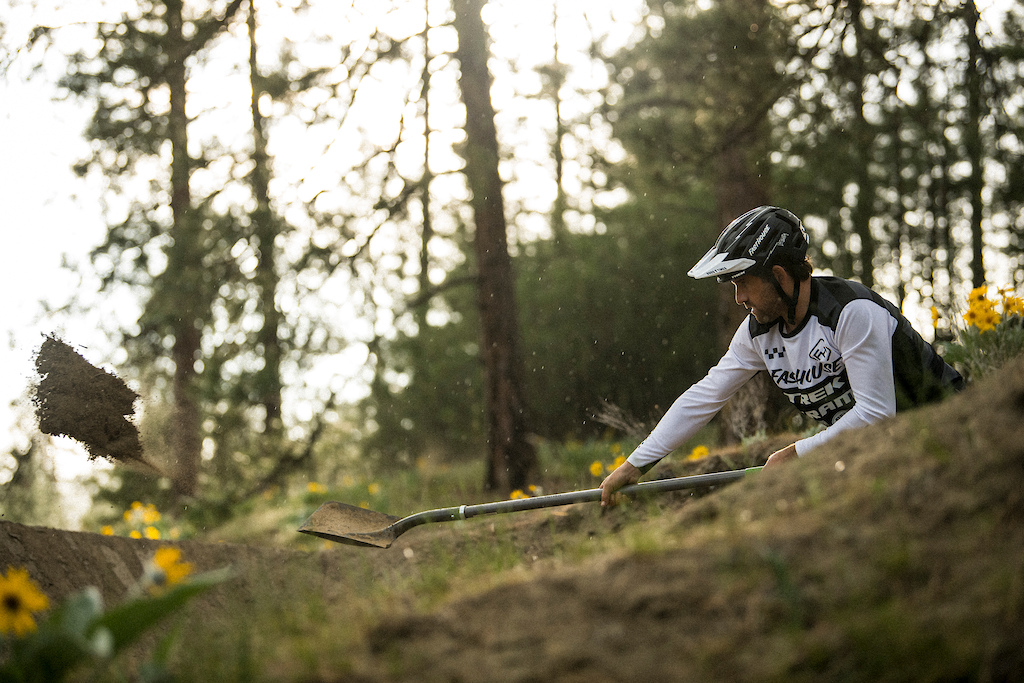 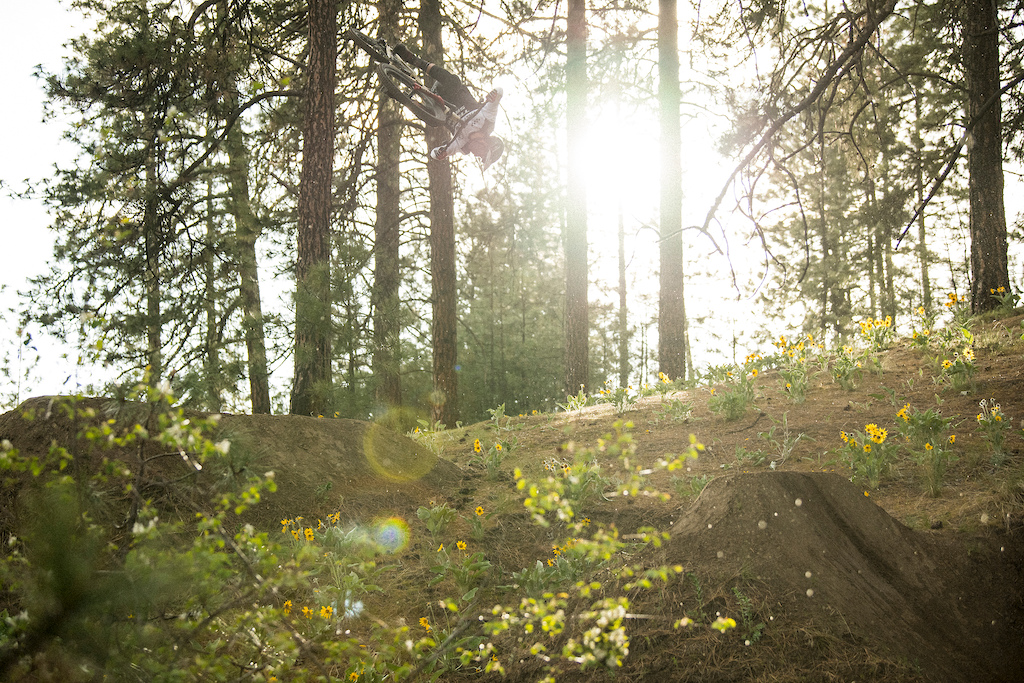 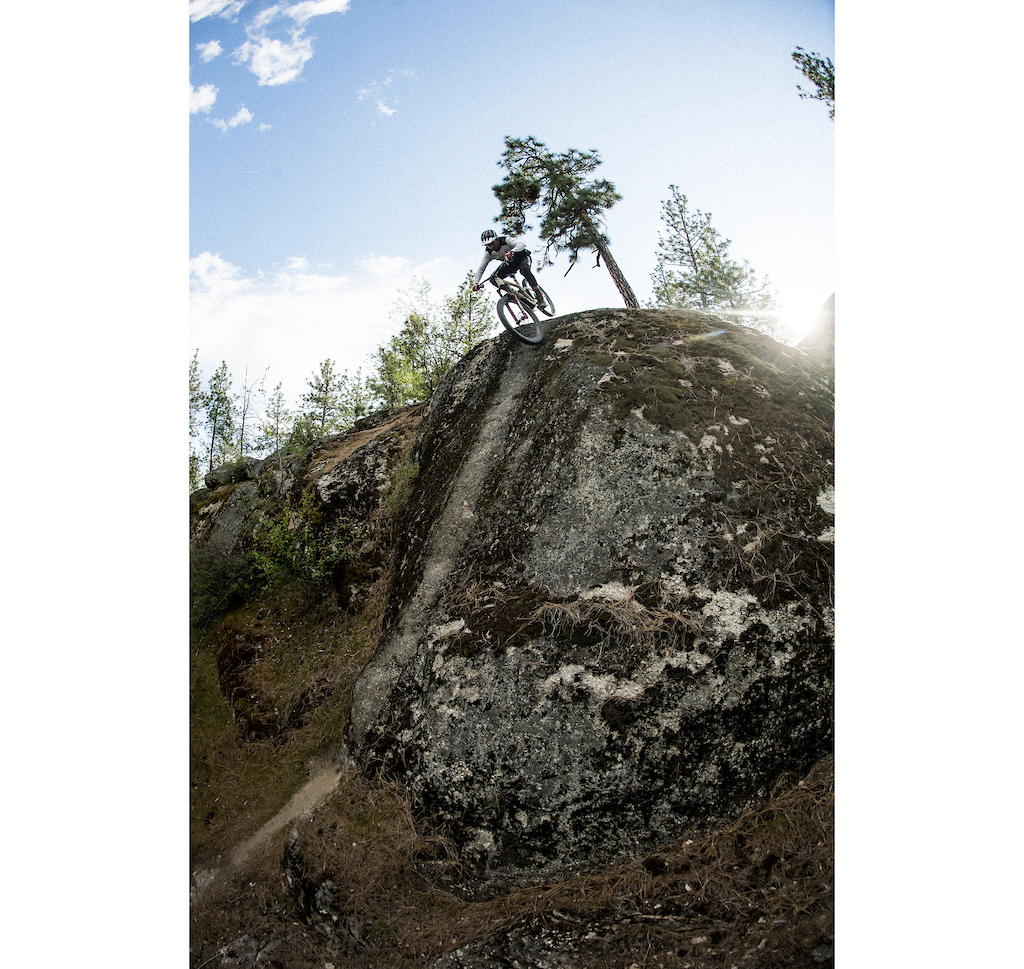 Ten months and a pandemic later, the prospect of getting the gang back together was a beacon of light after their longest time apart. Wally aka Isaac Wallen tagged along for the ride with camera gear in tow. Wally and R-Dog have known each other for years. What started as a rocky start to a friendship when one spilled the beans on a secret riding zone, they eventually bonded over their love for surfing, riding, and pushing each other to be their best. 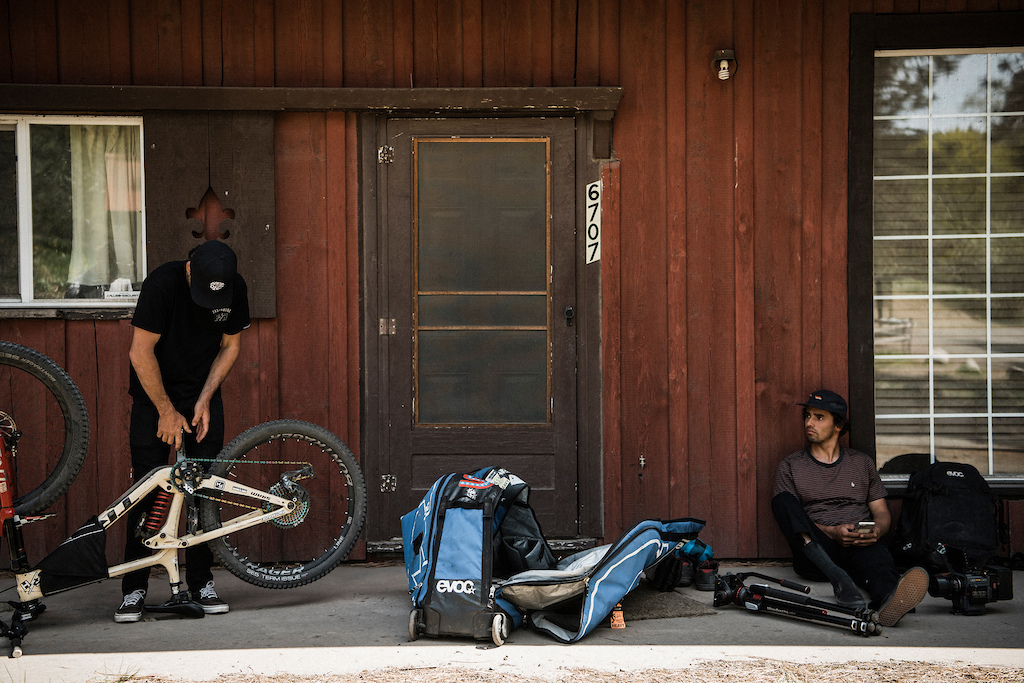 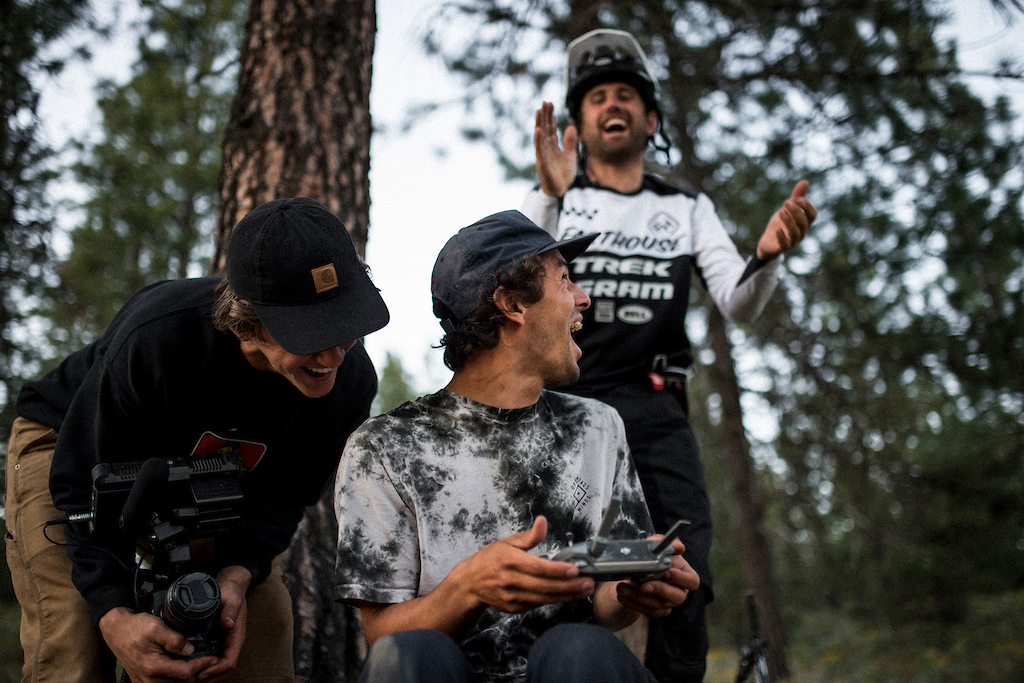 “You're trying to feel for how each other operate. You don't even have to talk. I can ride, and they can shoot. The energy makes or breaks the shoot. You leave the shoot, and you have all these inside jokes that aren't even funny except to us. And they're still going to be hilarious in a month or two.” 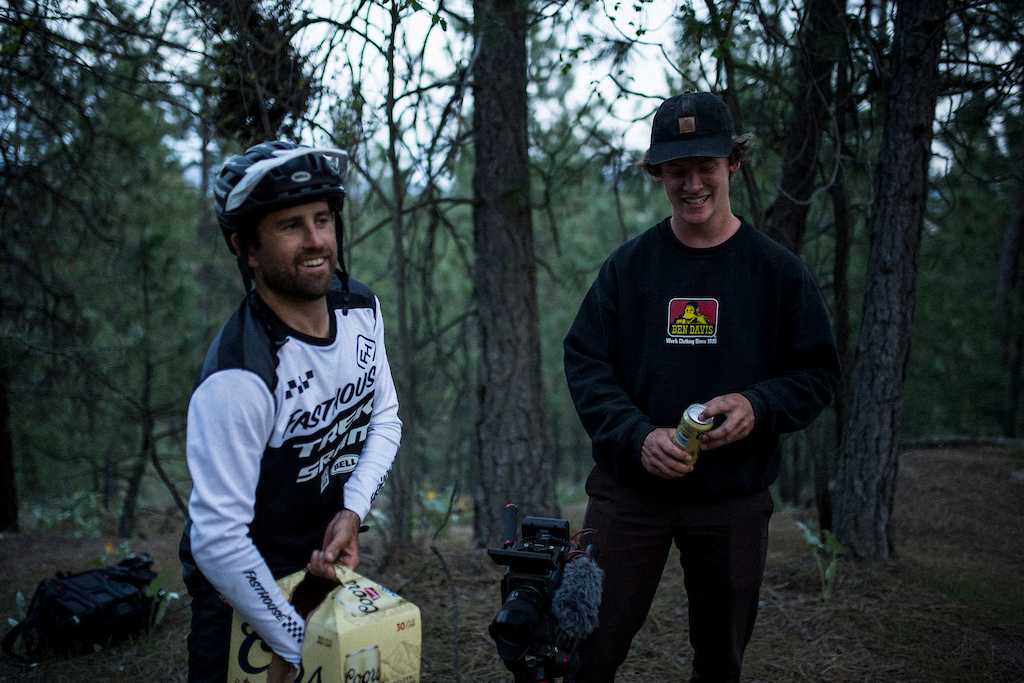 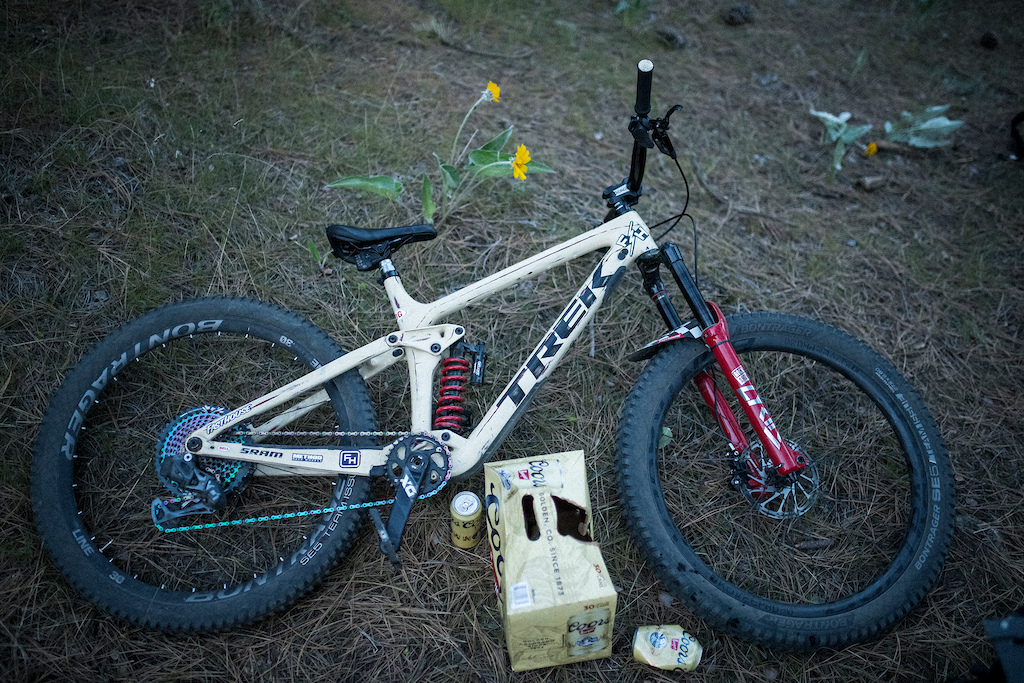 So when Wally said, “it would be sick if you would sui that drop…” it was game on… even if R-Dog didn’t really want to do it. 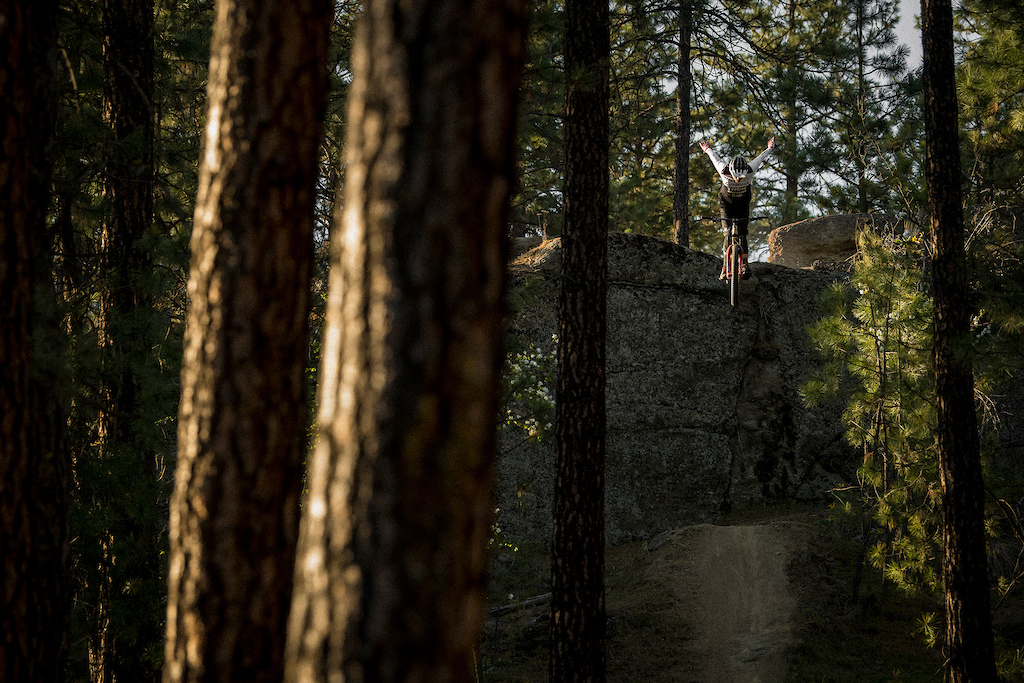 While a suicide no-hander on a 15-foot drop is part of R-Dog’s repertoire, lining it up on a 150mm trail bike upped the ante on the feature. “Everyone that I talked to at the park said you have to hit the iconic drop at Beacon Hill. I never watched anyone hit it in person. There wasn't a trail in or out of it – some local kids probably built it.”

As a testament to the confluence of riding with your close friends and soaking in the local’s insight, R-Dog fully committed on the fourth and final hit. 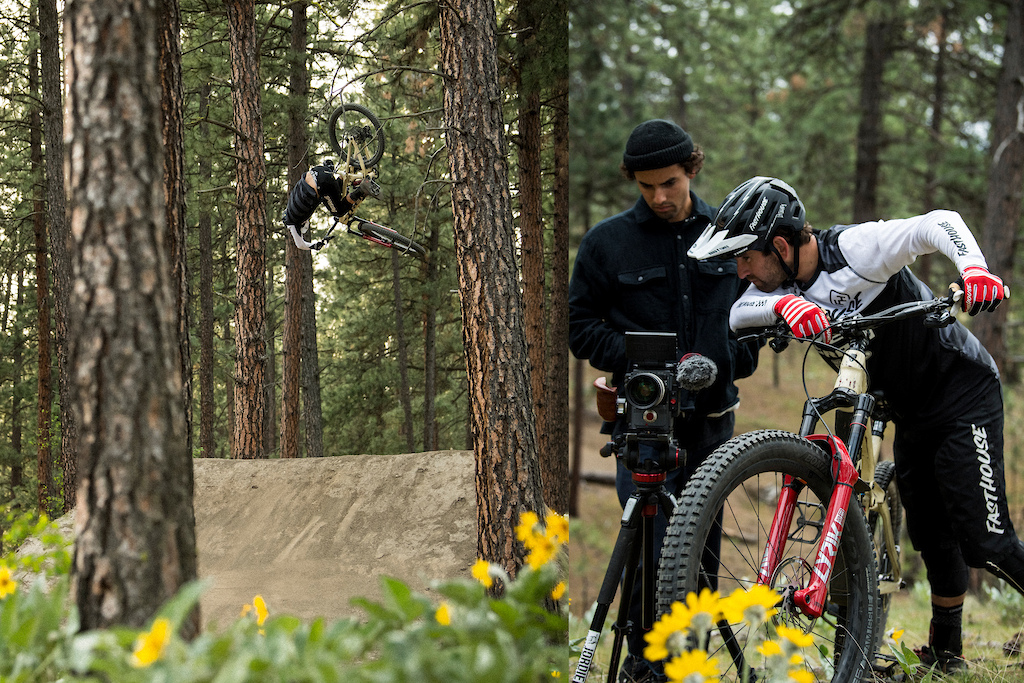 “Sometimes you're out for your daily cruise, and you come across something that scares you. But with the right crew, it becomes possible. From a rider's perspective, working with other people who ride and are on the same level, I have a lot more trust in their work. I want to hear, ‘Hey man, you could do that better!’ I will never get offended - I almost take it as a compliment and a push.” 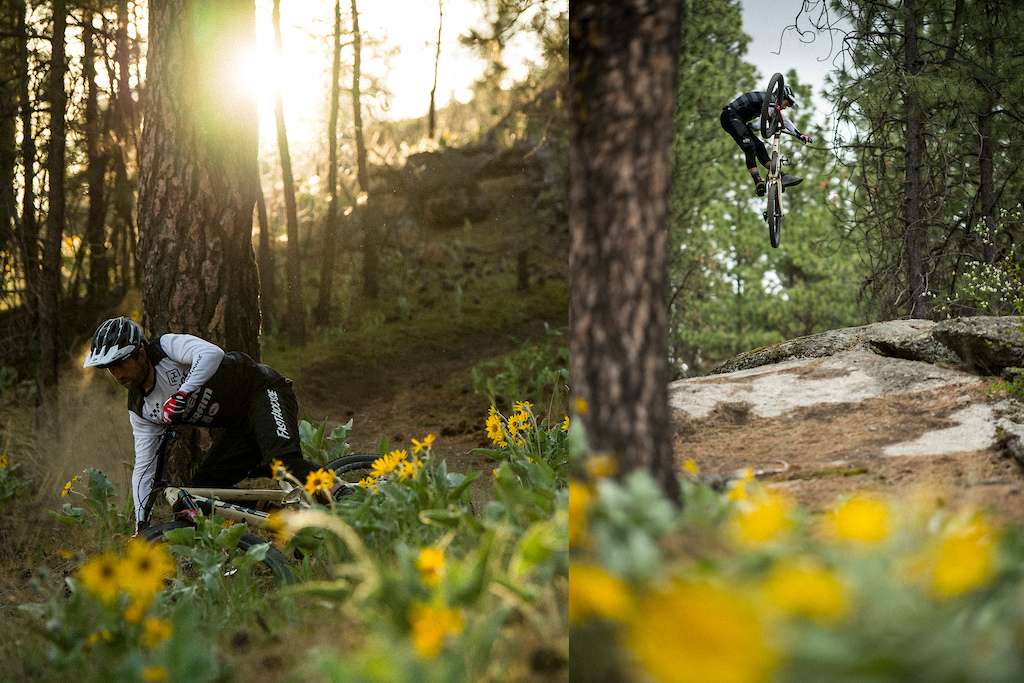 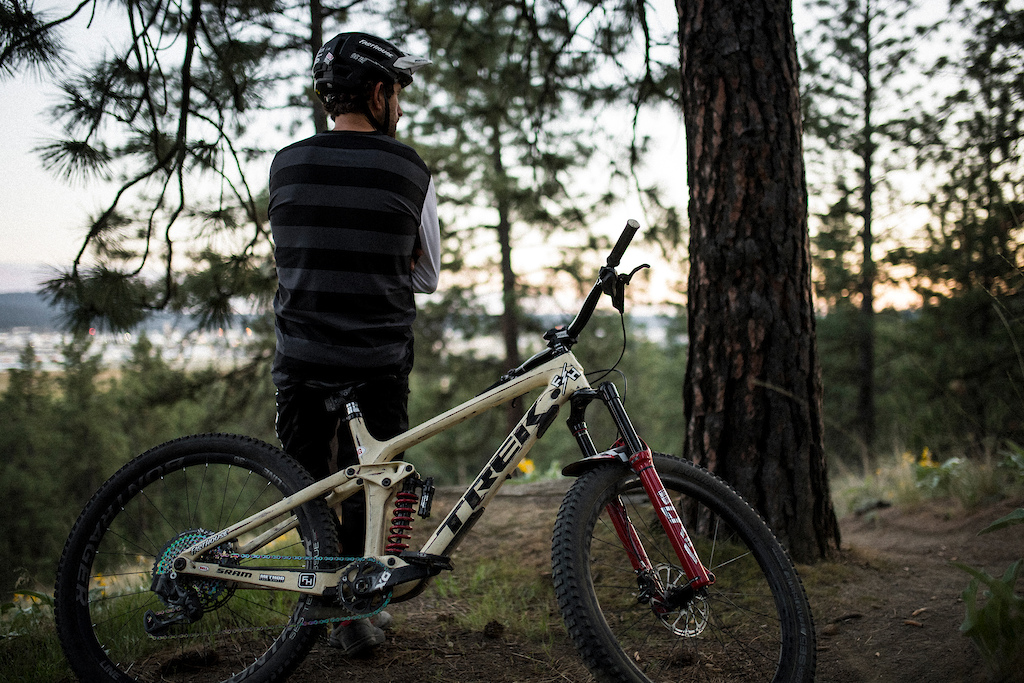 While the world begins to open back up, and trips across the border are on the near horizon, R-Dog is just as eager to find the next best local spot. 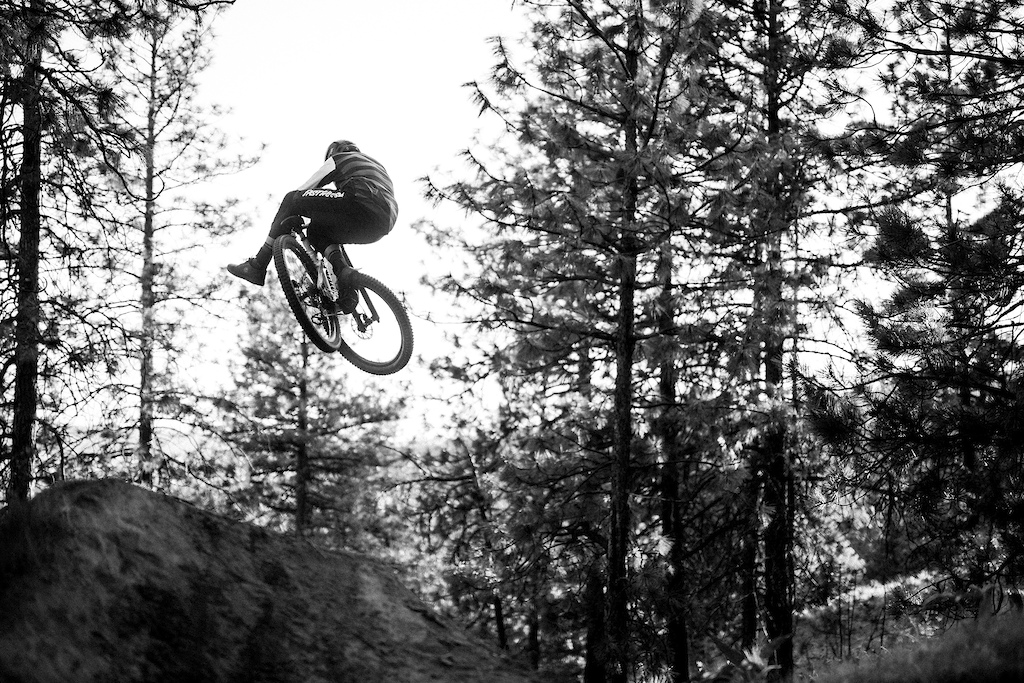 jasbushey (Jul 31, 2021 at 5:14)
On my first road trip up to BC my car broke down in Spokane. I was stuck there for 5 days and was so bummed to miss some parts of BC but it turned out Beacon Hill was legit! Great slabs, big jumps and easy laps.

hardtailhowie (Jul 31, 2021 at 13:57)
Beacon hill was great before evergreen east. I still appreciate what they did for the land issues but that sandy pump track was a huge waste of money.

pinittowinit87 (Aug 2, 2021 at 21:57)
Miss riding there and miss the Coors Banquet. Australia is lacking in that department. However Vitamin R is always a good choice to consume while in the PNW!