Photo Story: Sam Blenkinsop & Brook Macdonald Ride Christchurch in June for the First Time in Over a Decade 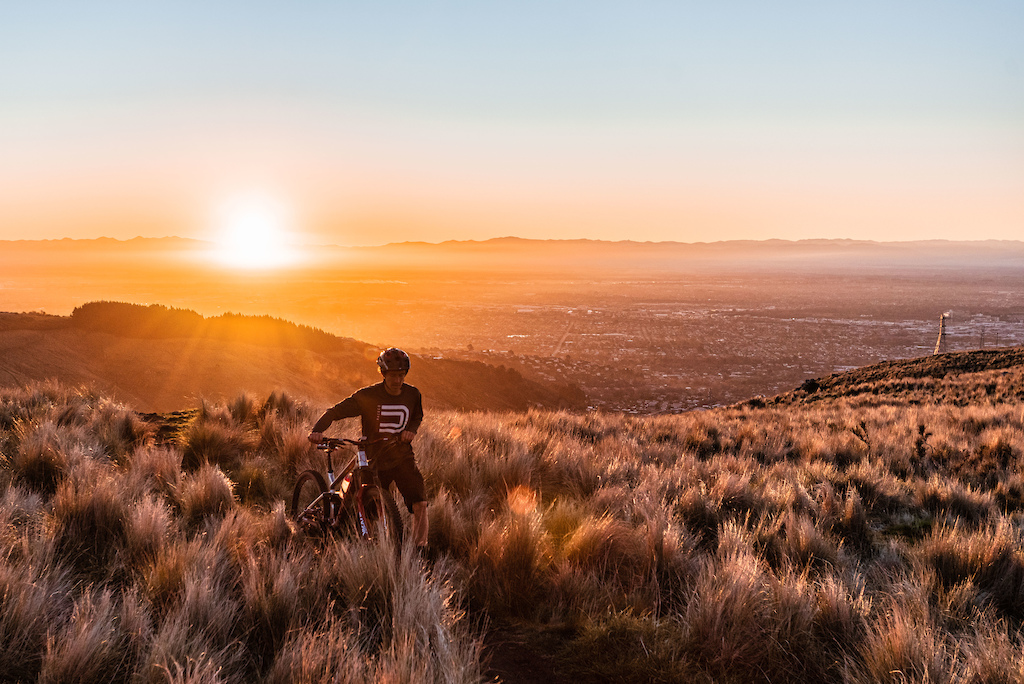 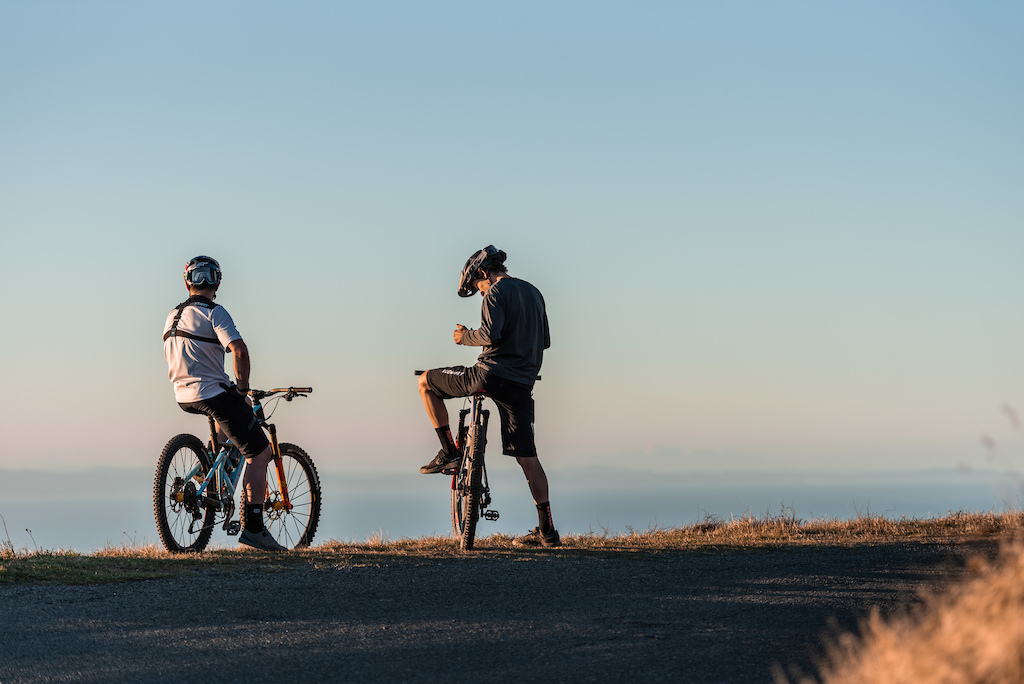 Before Covid‐19 swept across the world, if you had said I’d be taking photos on Brook MacDonald and Sam Blenkinsop, In Christchurch (or in the Southern Hemisphere for that matter) in June, I would have laughed in your face!

The current world situation brings interesting times to the sport. With international racing soon to start up again, athletes have had an extended off‐season, with those here down under no doubt feeling the cold mornings they’ve been avoiding for years. 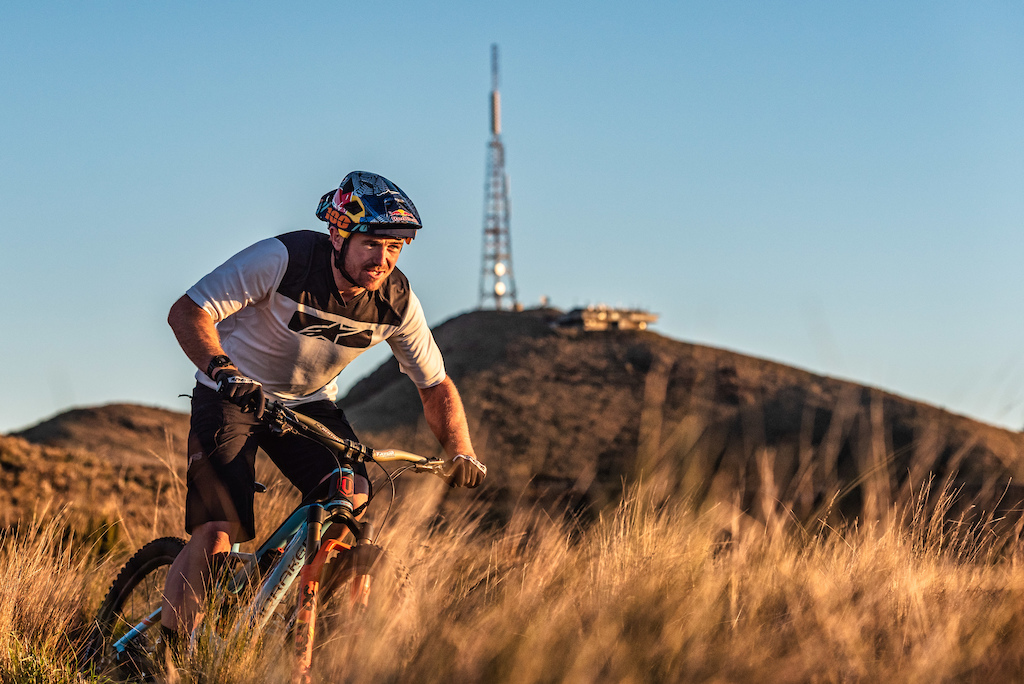 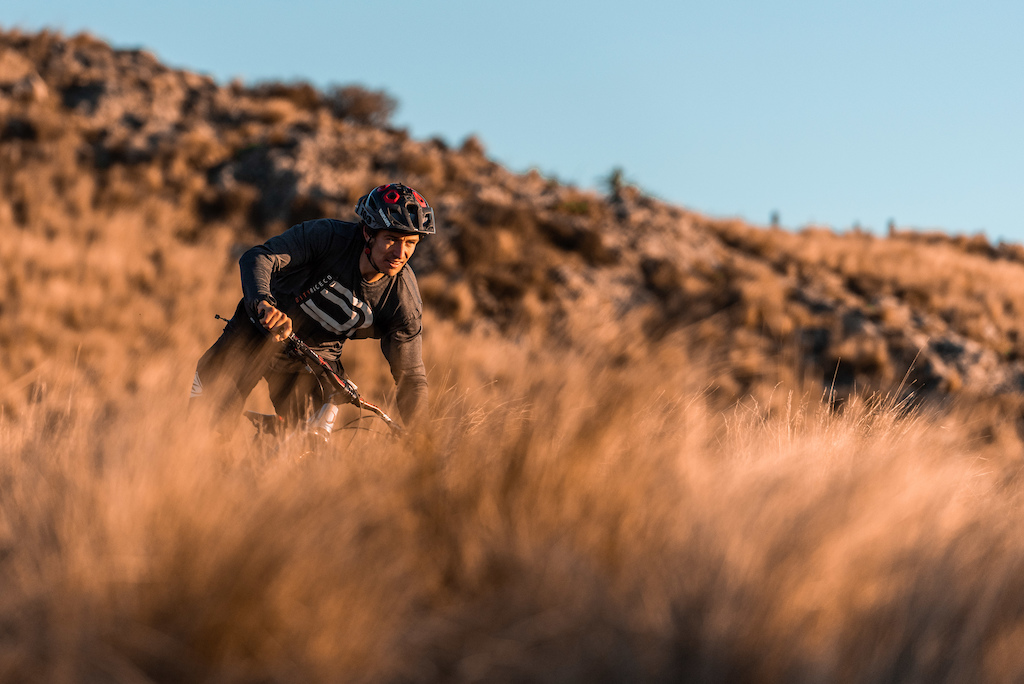 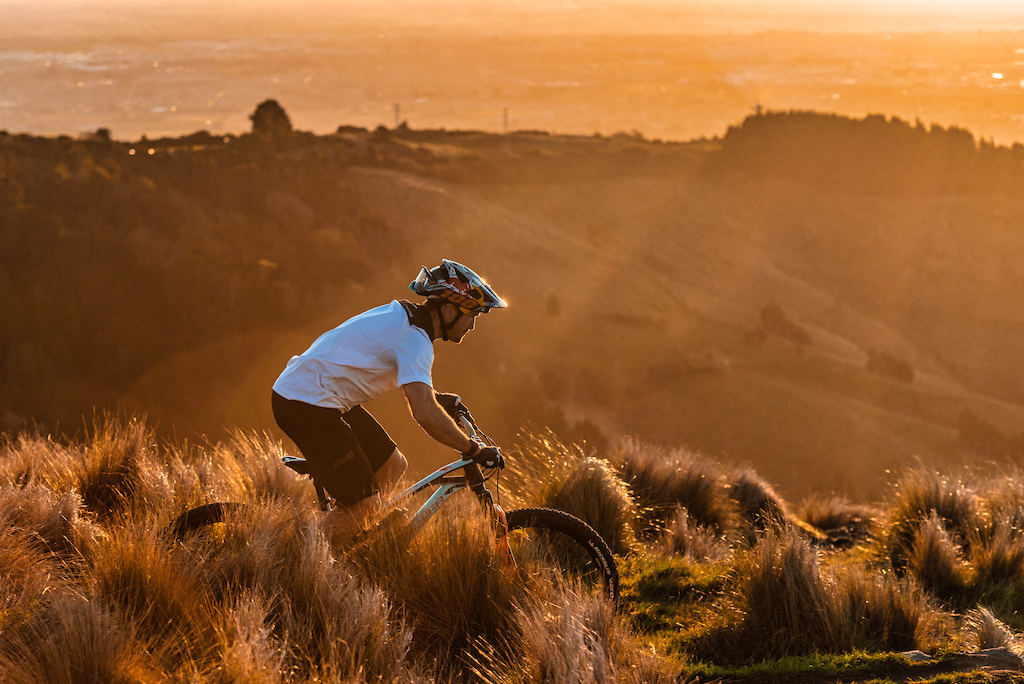 It's been 12 years since Brook spent a winter back home, and 15 years for Sam. They’re two veterans of the World Cup DH Circuit, with Sam going pro in 2006 and Brook following suit 3 years later, signing with Trek Factory Racing in 09.

The pair of pinners have spent the majority of their lives together, growing up together in the early 2000’s, racing and sharing podiums together, creating memories for over a decade! Something like that creates an inseparable bond, that with the highs and lows of racing still prevails and only further cements the friendship and deep respect they have for each other as people. 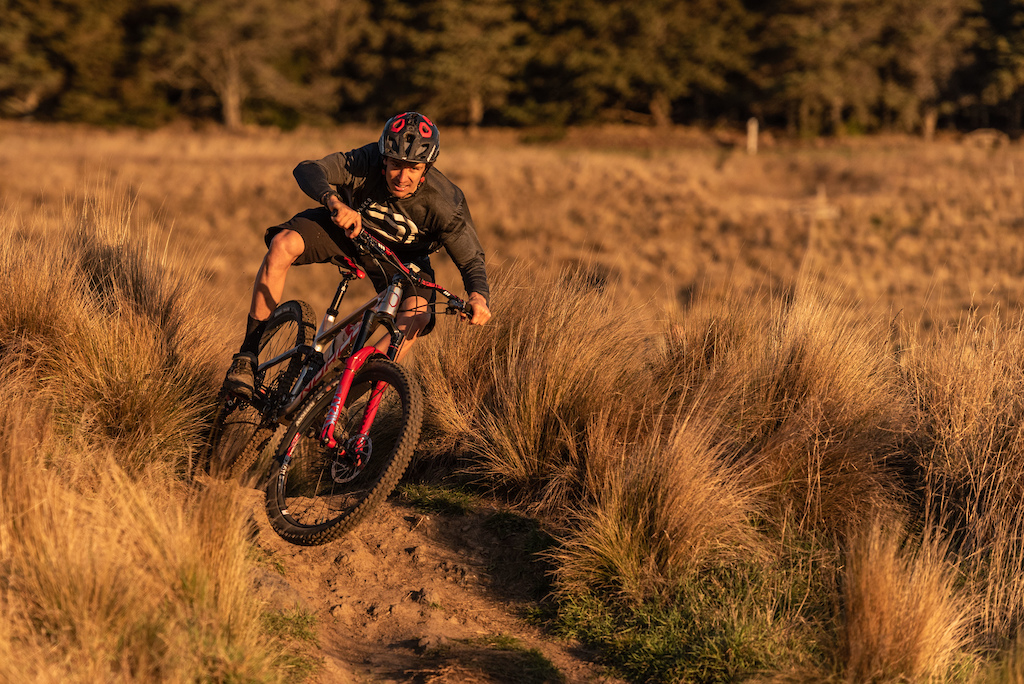 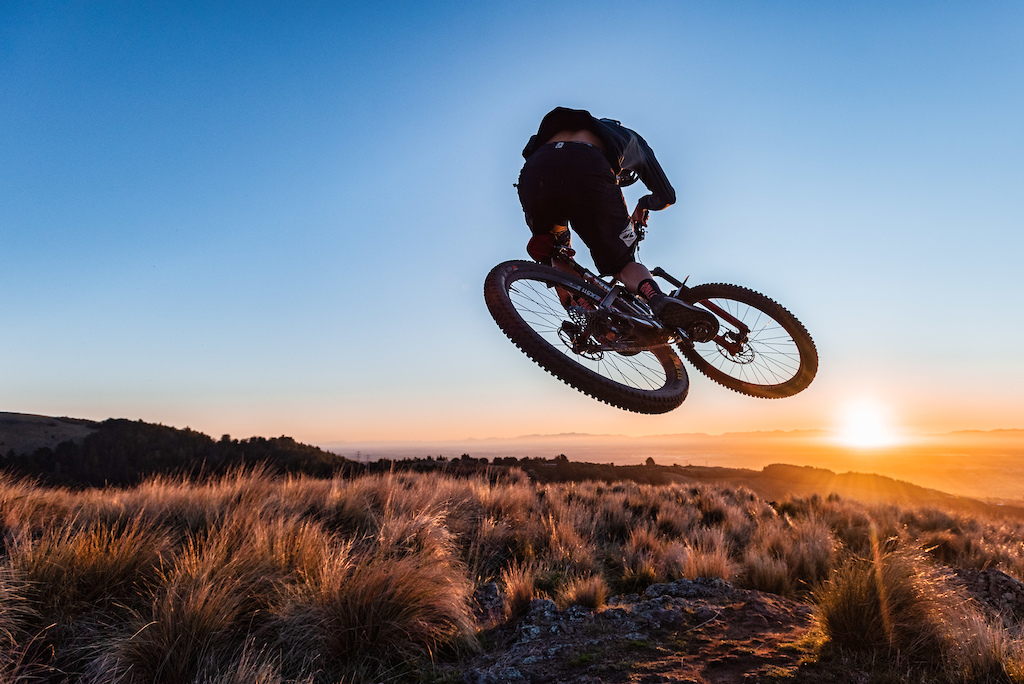 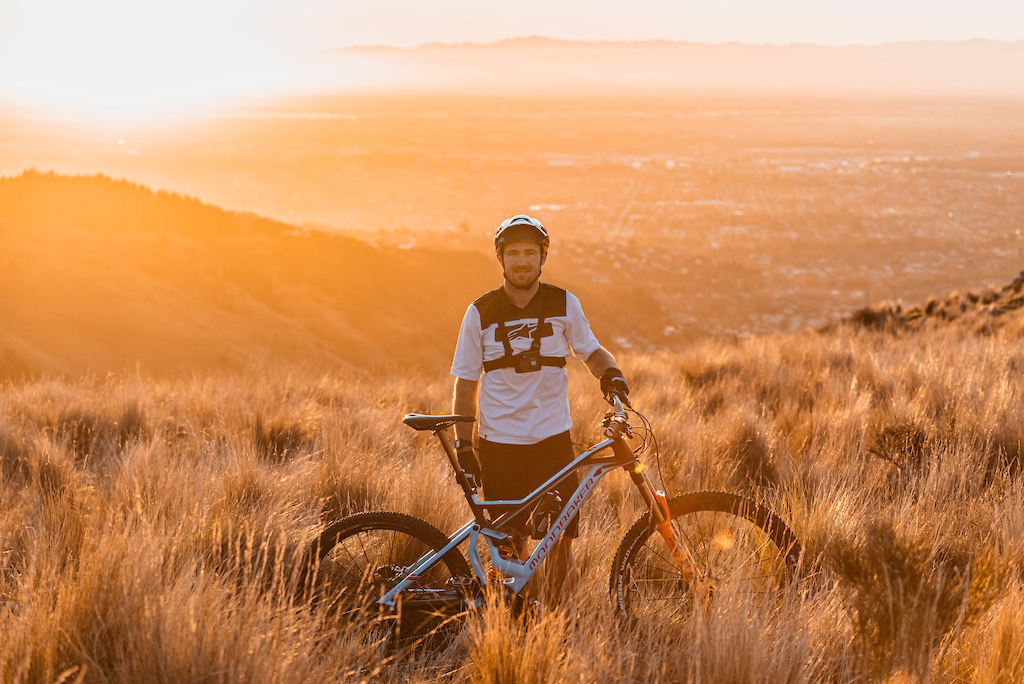 Now if we wind the clock back to 31st of August last year – the news that no one wanted to hear ‐ Brook had a huge crash resulting in a serious spinal injury. Brook had fractured his T12 and L1 vertebrae. Due to the severeness of his injuries, he needed urgent medical assistance, but it took five agonising hours for a helicopter to arrive on the scene and over an hour before he received any pain relief. Considering this was a major international event organised by the UCI, Brook said the lack of care was beyond belief. 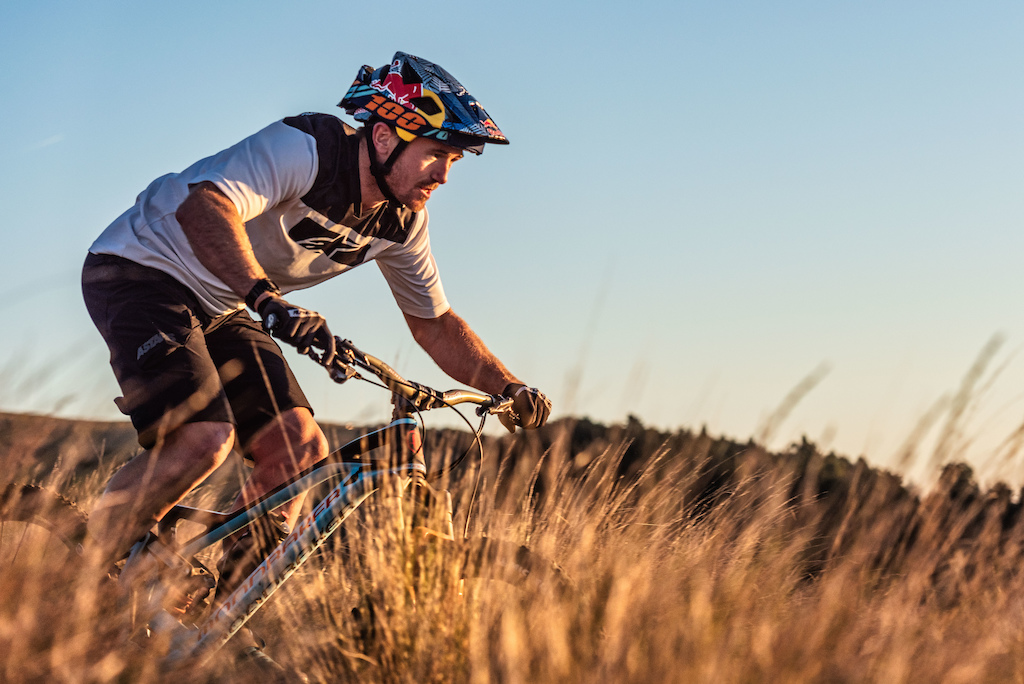 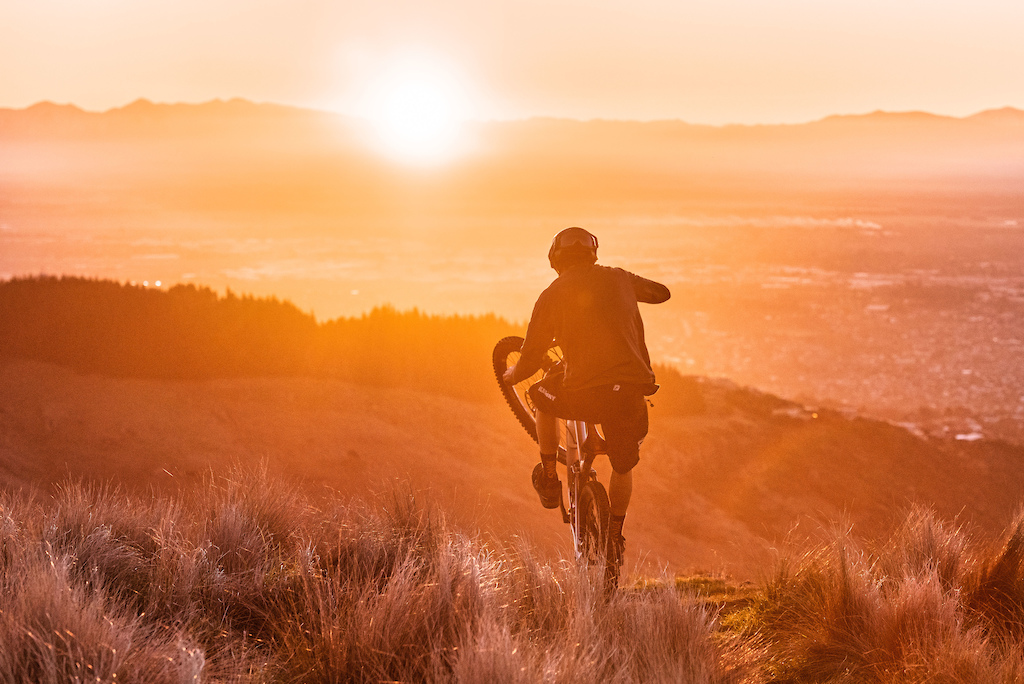 Astonishingly, through pure grit, hard work and perseverance, Brook managed to walk unassisted for the first time 40 days after the crash and even managed to ride a bike for the first time 2 weeks later. By January he was out trail riding again, hitting jumps and finding balance for manuals ‐ and it’s been a tough road to get here, but fast forward a few more months and I got to witness to the incredible speed and hard‐charging riding Brook has regained. It’s so cool for him to be riding and hanging out with his good buddy, pressing pause on the craziness that gripped the world over for the last six months and affected all of us in some way or another. 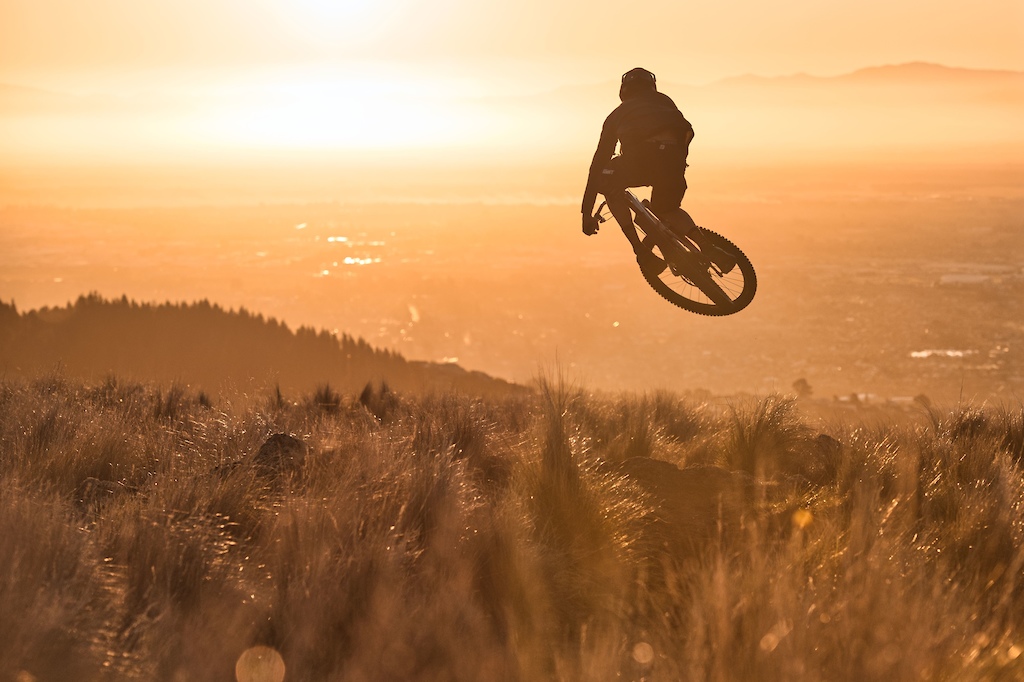 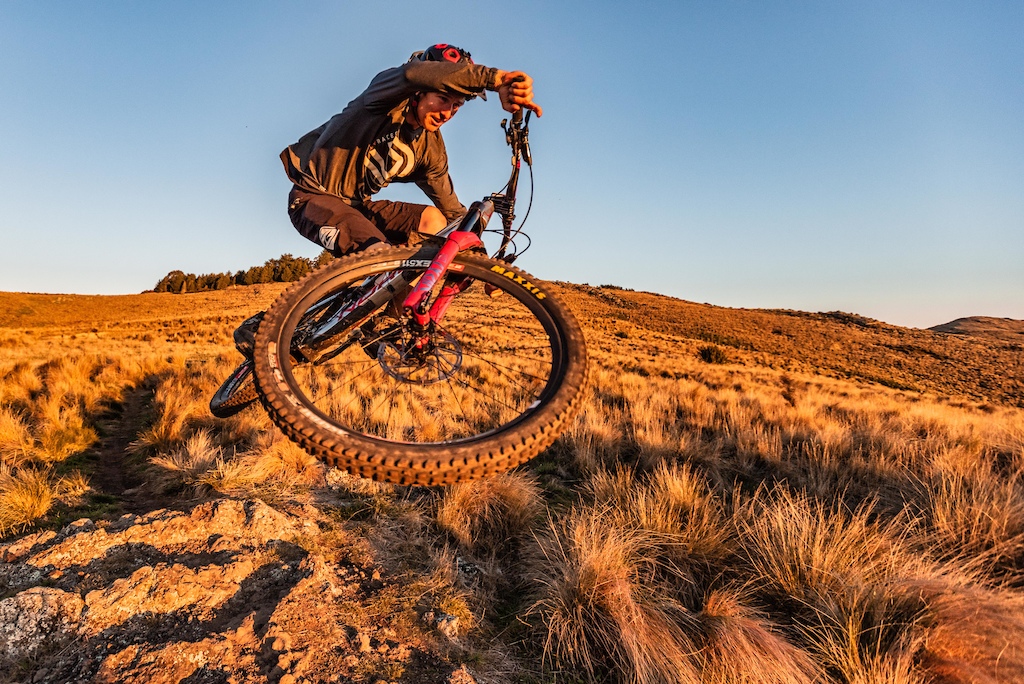 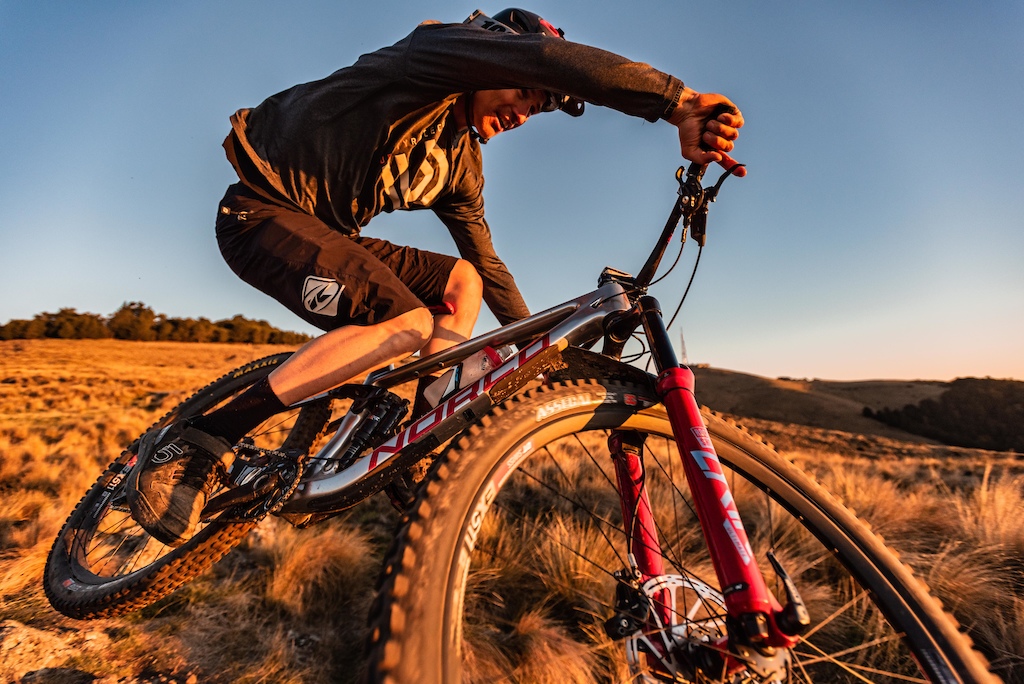 Unfortuantely, right after the huck below - Brook fell victim to the volcanic rock of the port hills and got a puncture, leaving me to eek out the last of the evening light with Sam... enjoy! 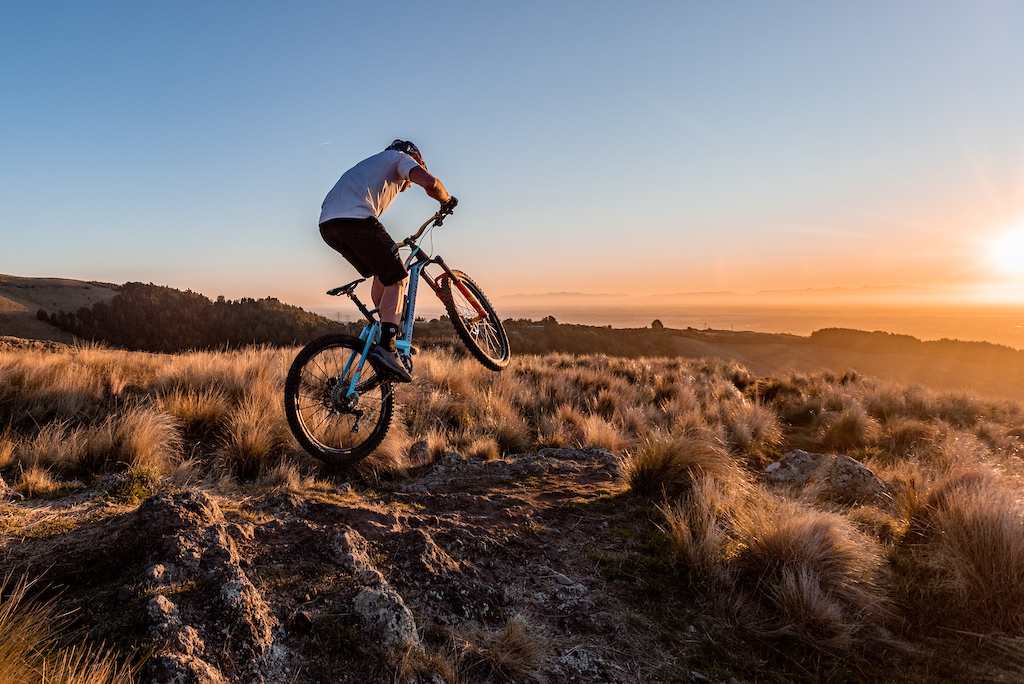 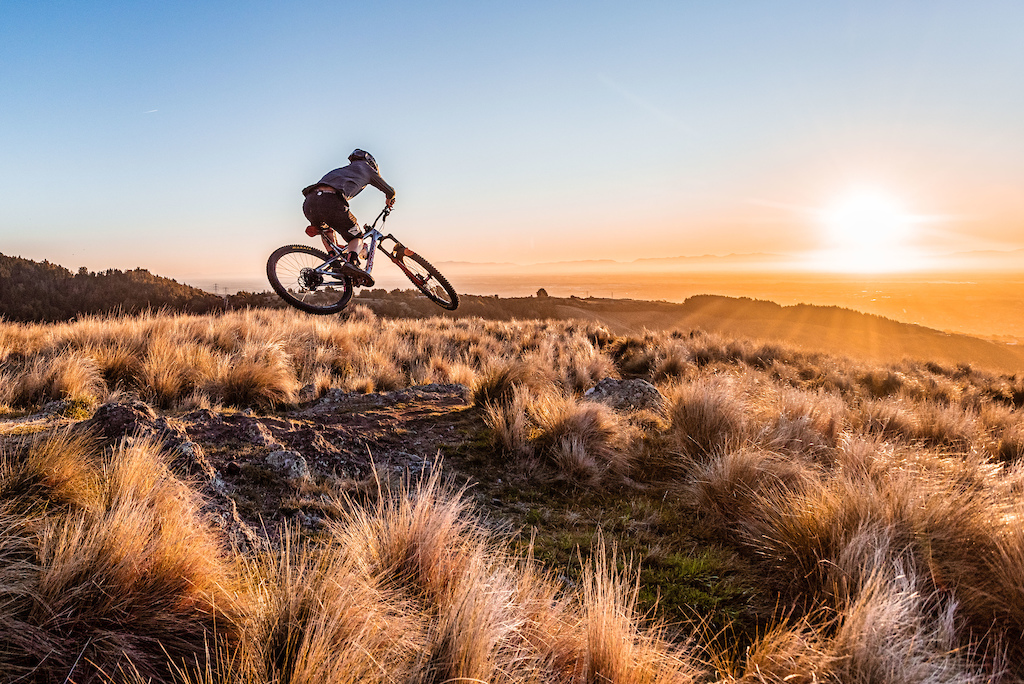 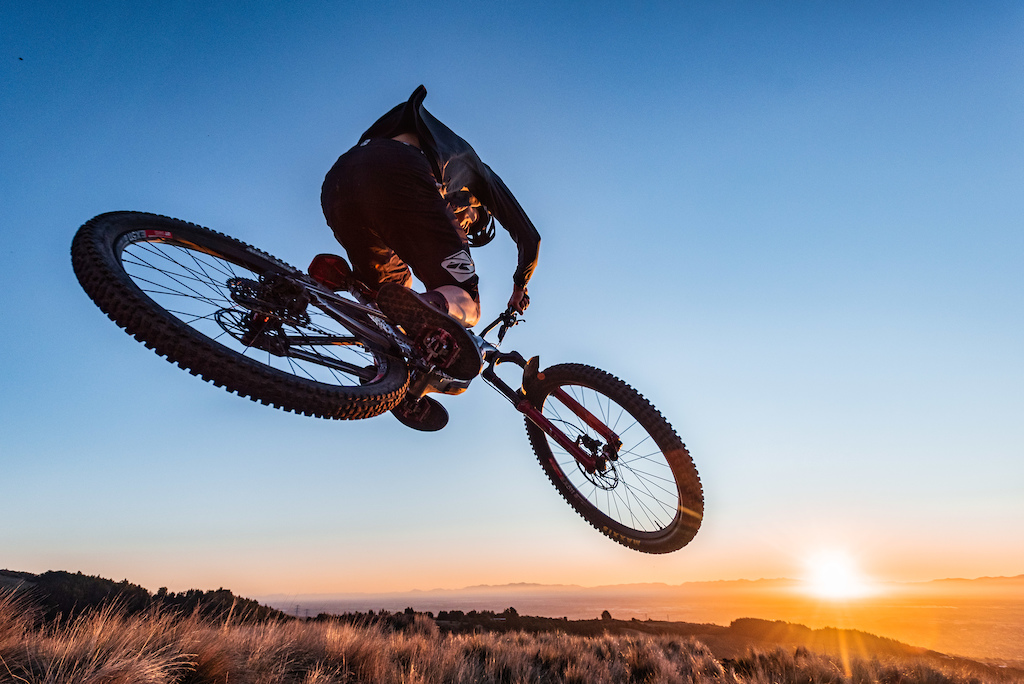 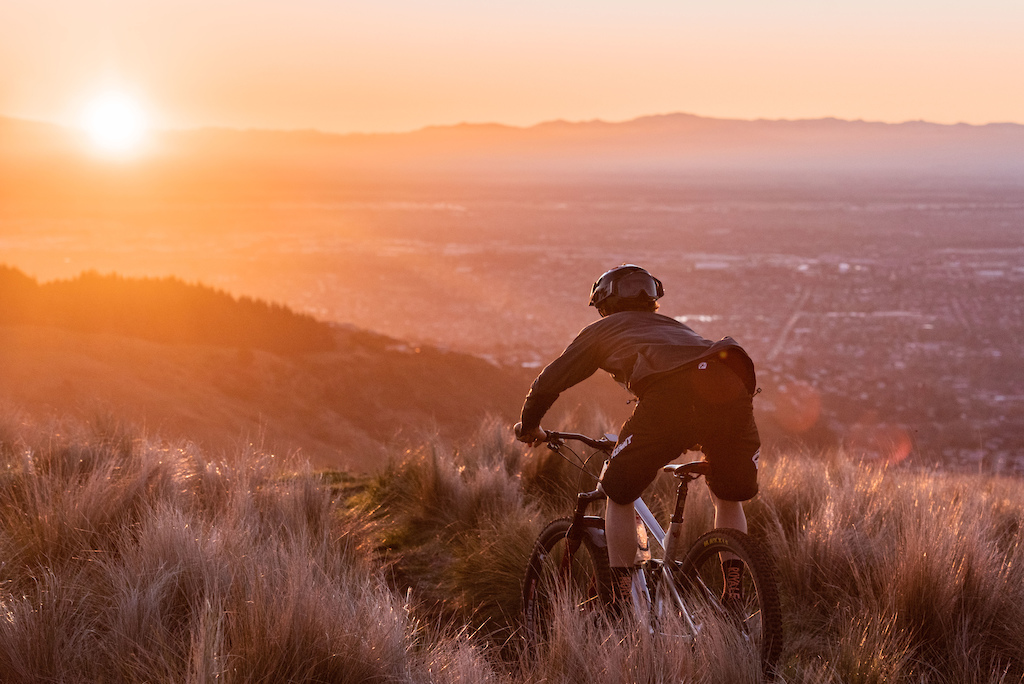 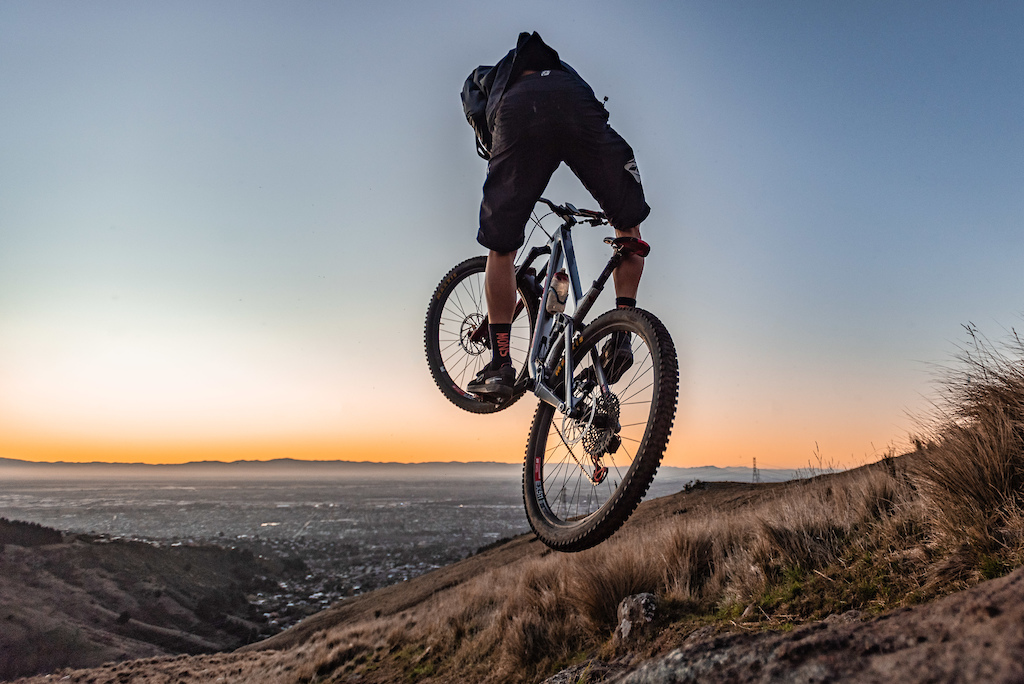 The track - Huntsbury DH - Built and maintained by local legend 'GT' is one of Sam's personal favourites, descending down into the bowenvale overlooking the vistas of the Canterbury Plains 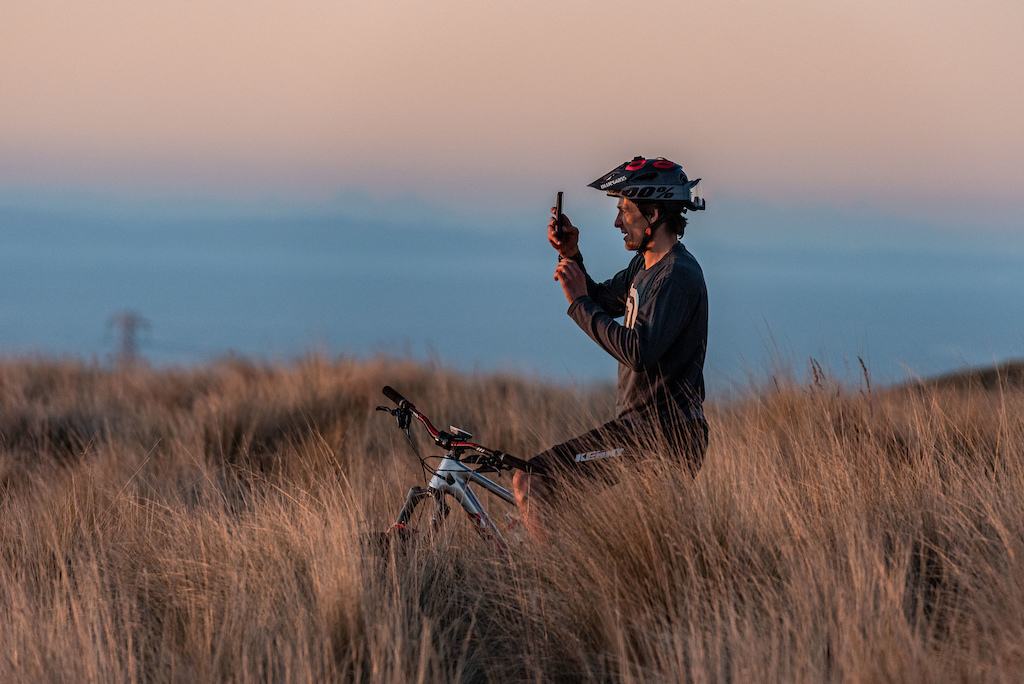 This article was originally published by SPOKE Magazine - you can check this out here
If you want to see more of my work you can check out my blog Thanks for reading!

bobjumpd (Aug 26, 2020 at 17:54)
Rode the chair up at the Park the other day with a guy distanced away on the other side. Just chatted about the trails, weather, traction etc. Only when we got to the top and I asked about his mysterious no decals stealth bike and he said it was a Norco proto he was testing (super low pivot/shock setup - didnt have my spy phone!) that I figured that one out. Don’t expect to see Sam here in the winter. What a great laid back guy talking to a (very) ordinary rider - no hint of arrogance or attitude from a top racer. Norco you should be proud.

CONomad (Aug 26, 2020 at 7:14)
Was thinking the same, I thought NZ got real winter on the south island and was expecting to see muddy scenes and rain gear... that looks warmer than a British summer.

blackapturphoto (Aug 26, 2020 at 11:49)
We are having a unusually mild winter and this day was particularly summery! In some years these hills have had snow on them in June

notsofastoverfifty (Aug 26, 2020 at 13:03)
Yeah, it's a pretty mild one this year. But these sort of days are not uncommon in winter. We're lucky that generally the snow stays in the mountains and we can have the best of both options of dirt and snow at the same time :-)

Mayzei (Aug 26, 2020 at 6:50)
Pffft amateurs got their goggles on backwards. Maybe 100% should make double sided goggles so you can't put them on backwards? Happy to have some product design input.

blackapturphoto (Aug 26, 2020 at 11:51)
A transparent complete 360 coverage full face could be a helmet, goggles and covid mask all in one