Photo Story: The One(s) That Got Away in the Yukon

The One(s) That Got Away

As a photographer, it's a weird concept to sit here and to try wax lyrical about a time when a shot didn't go to plan or I didn't get the images I'd envisioned. It seems alien to draw any attention to work you're not particularly proud of, it goes against everything that's ingrained in you. It's a super competitive industry which is bursting at the seams with immensely talented photographers, meaning it is certainly easier to sink than it is to swim. If a rider is only as good as their last race then a photographer is only as good as their last photo.

Photography is subjective, everyone has a unique taste in the style of images they are drawn to, not least a photographer who has the first opinion and call on whether an image they have taken will say the light of day or not. You'll usually know before you even sit down at the computer which images work and which don't, so without batting an eyelid you'd ingest your memory card, sift through the bytes and select what you want, binning the rest never to be seen again. Naturally, you'll only ever want to flaunt your best work.

Not today. I'm going to attempt to talk about the time I didn't get what I set out for. Now before I start, the images are hardly garbage but I just couldn't get rid of the haunting feeling that I'd left something a little more special behind in those mountains just outside of Whitehorse in the Yukon Territory. The rugged beauty had me scooping my jaw off the floor on a regular basis and to not do it justice would be criminal.

A few summers back I'd flown over from Scotland with my friend Scotty Laughland to refresh some tour imagery with guiding company H+I Adventures. The week hadn't started off in the best fashion with a camera body dying and becoming an expensive paperweight on the first morning of shooting. S*** happens, but that's why you have backups. It's part of the game. 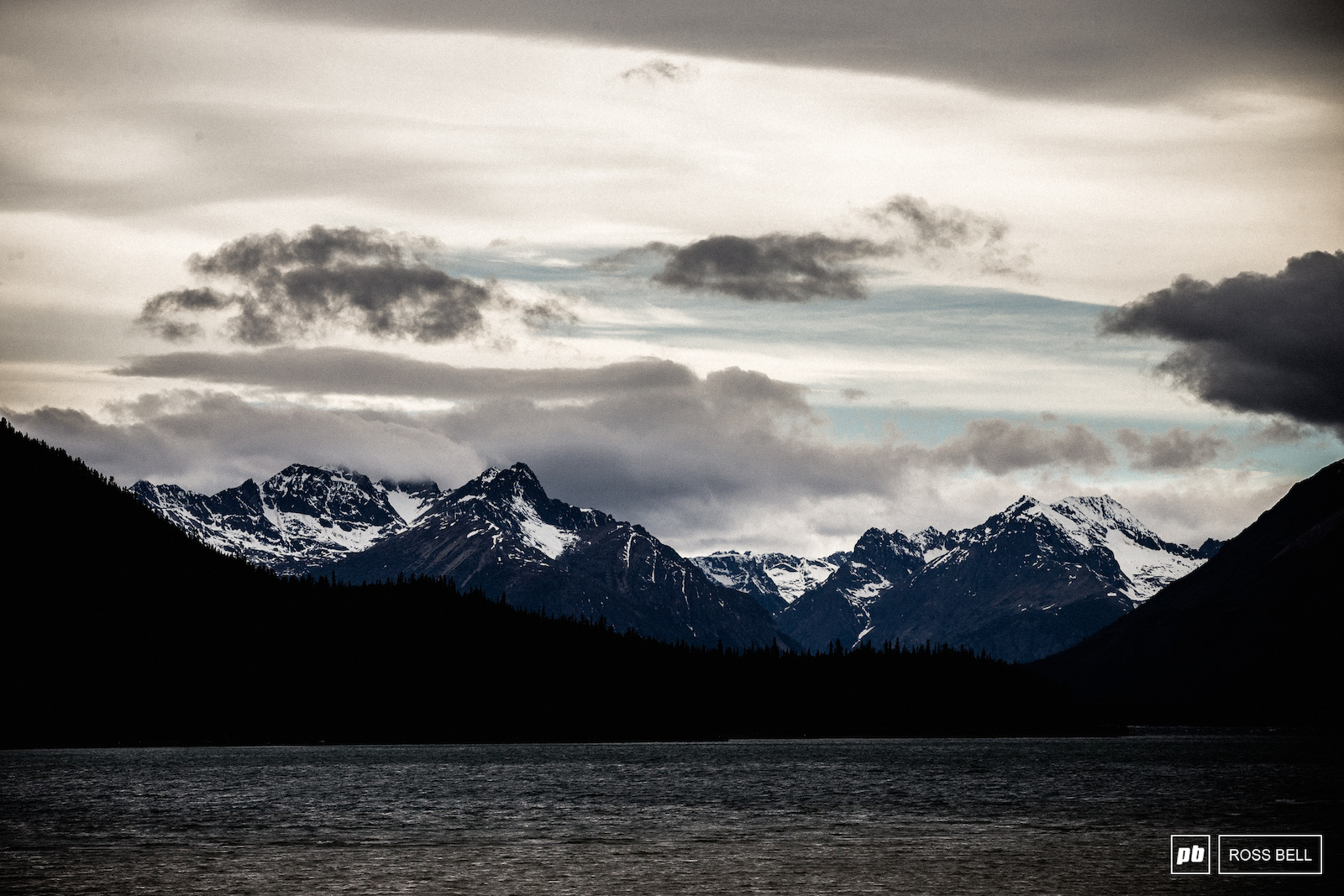 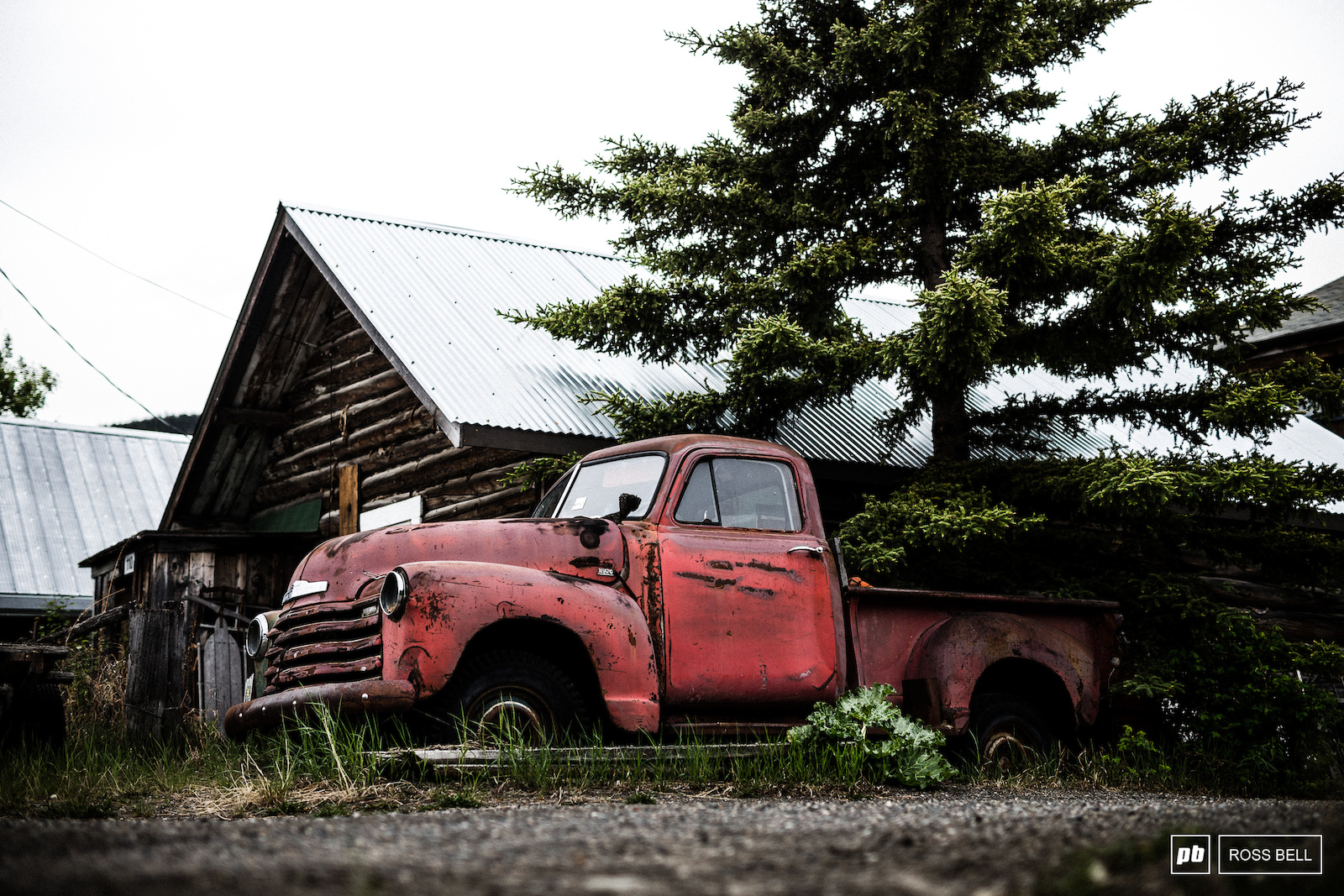 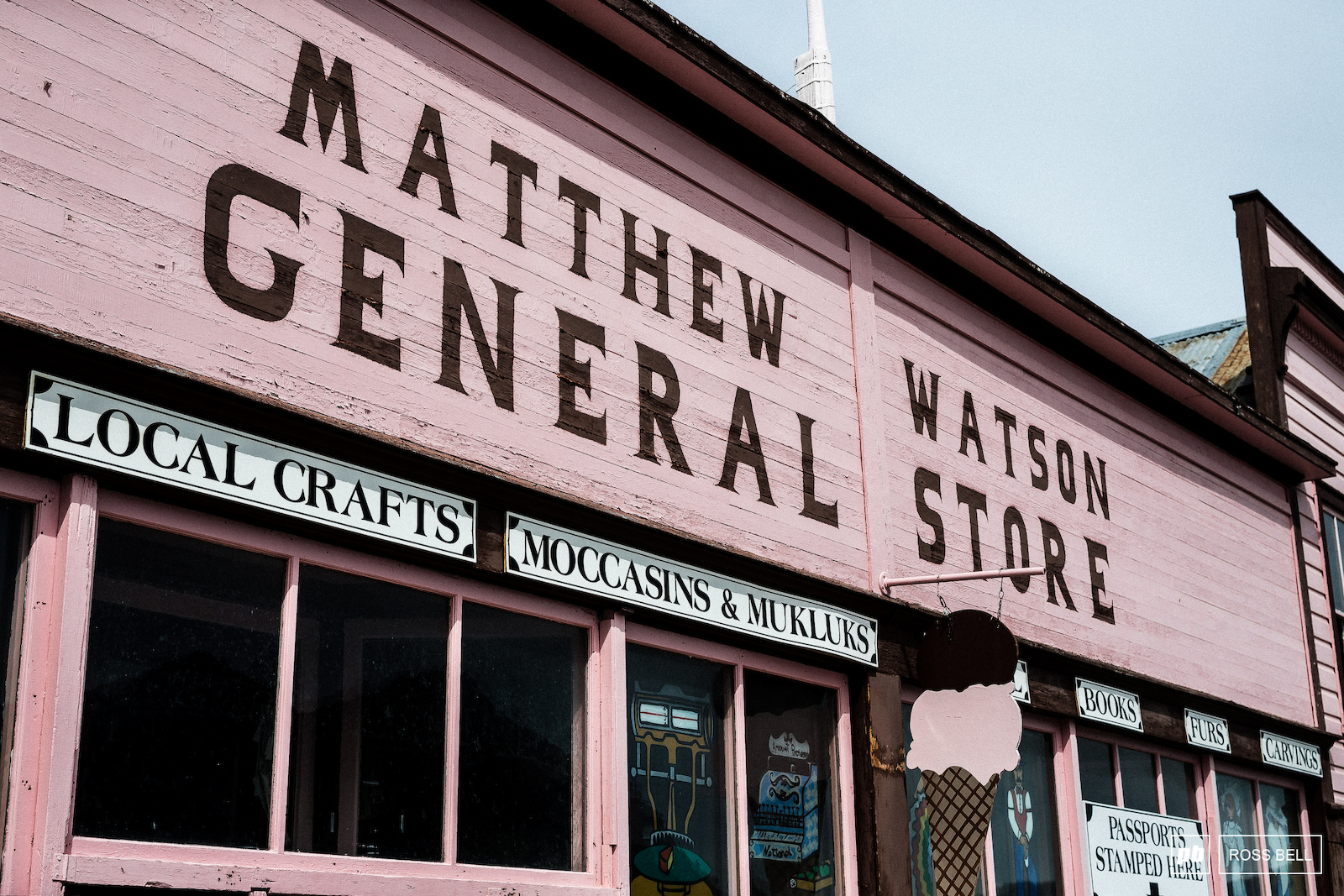 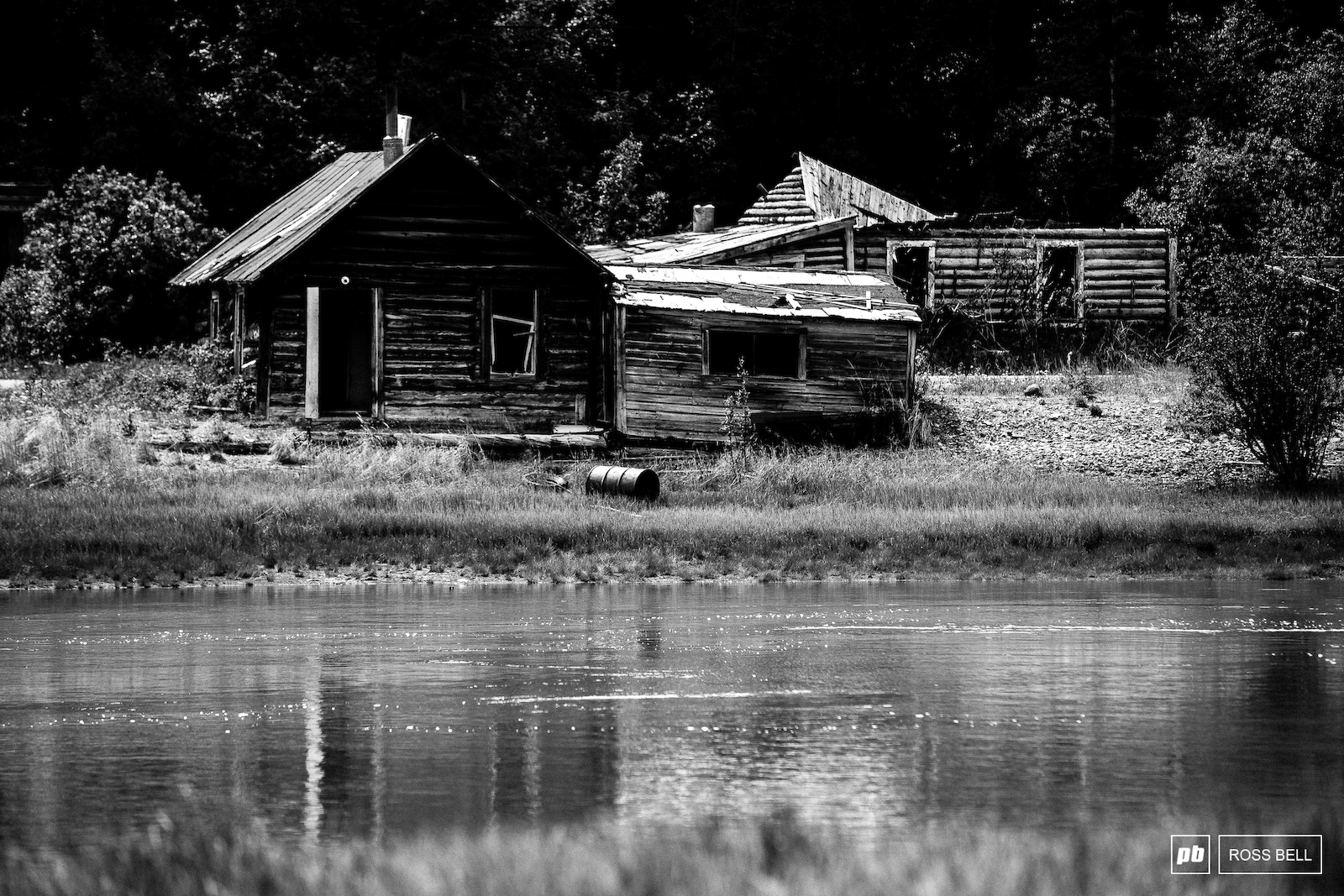 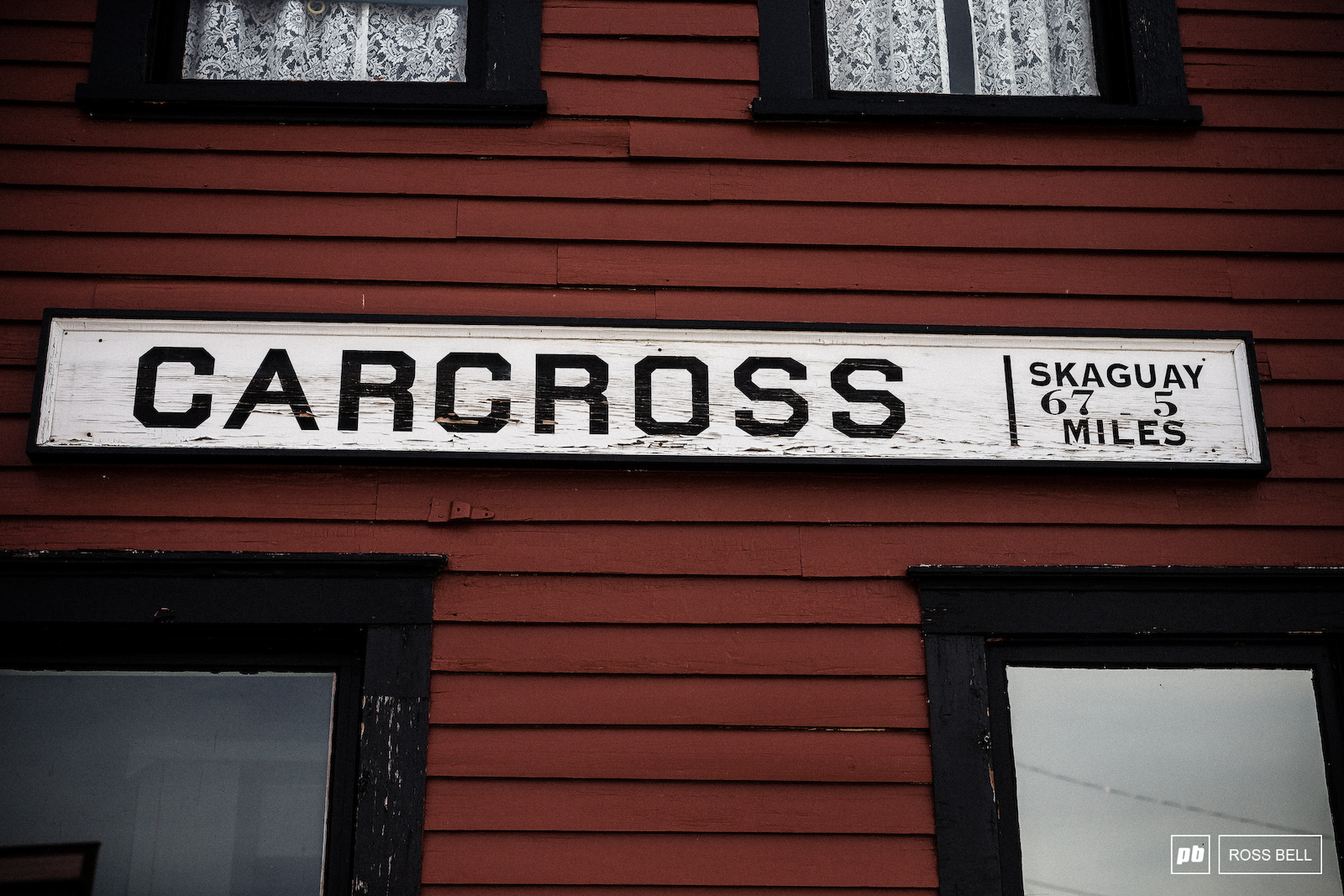 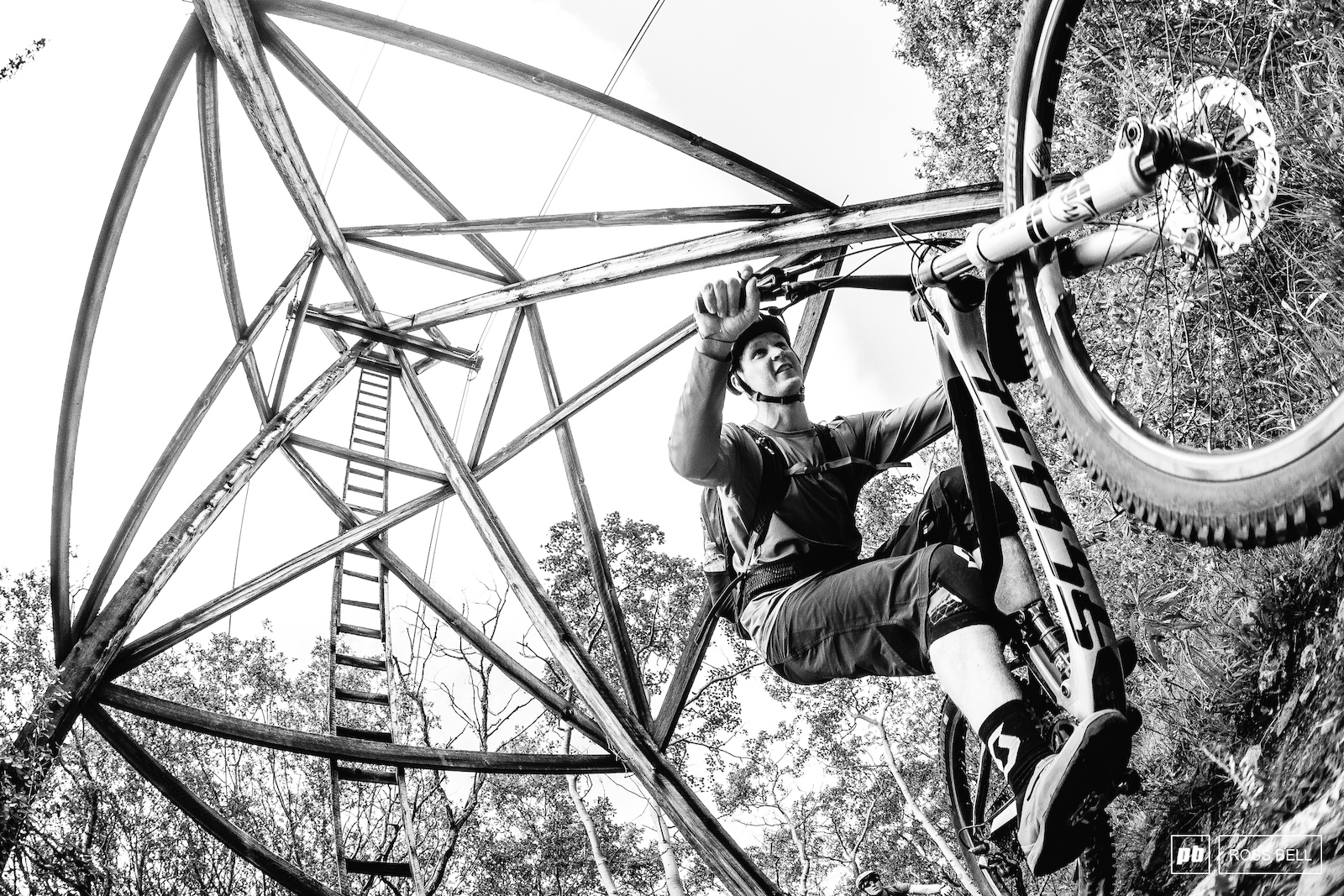 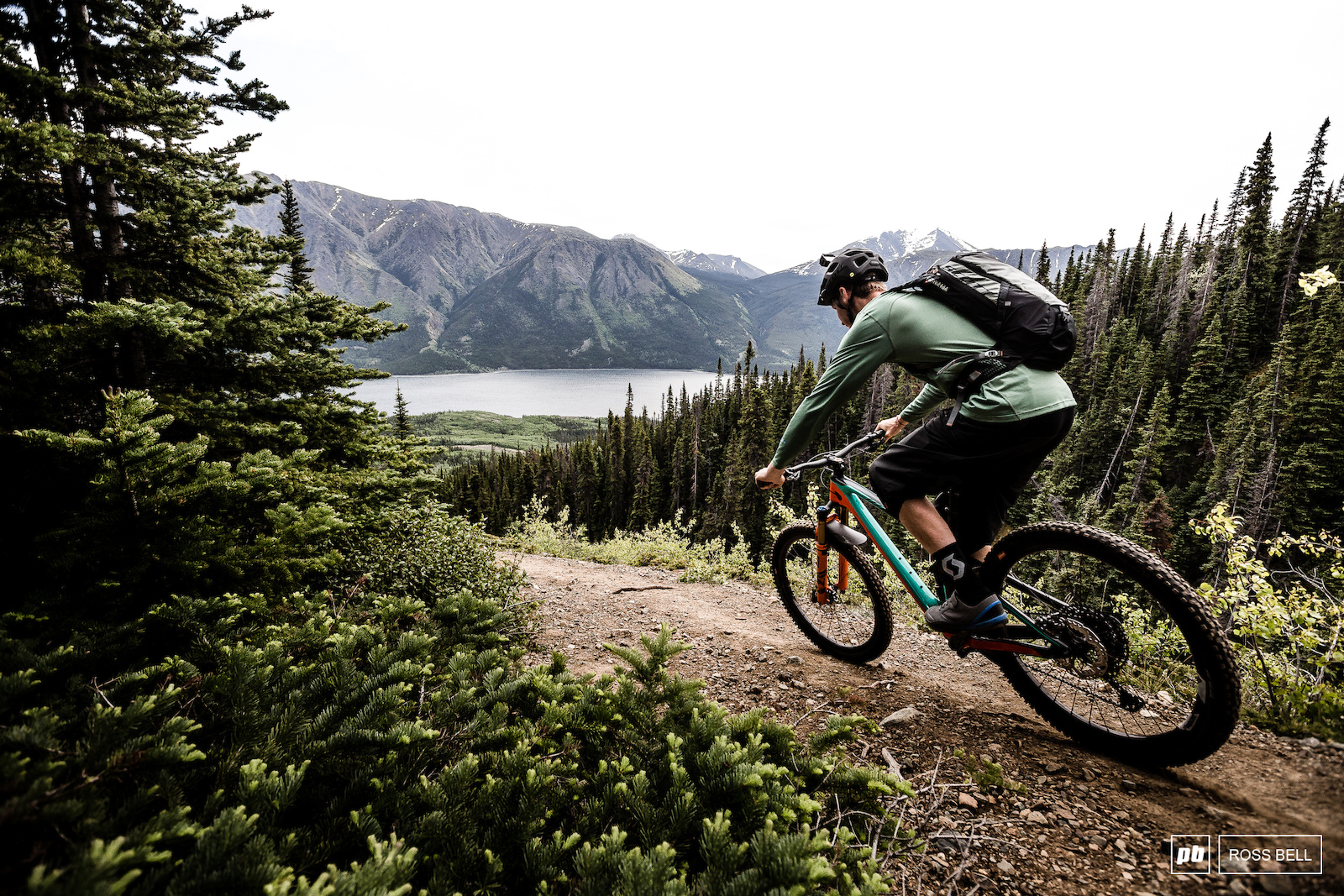 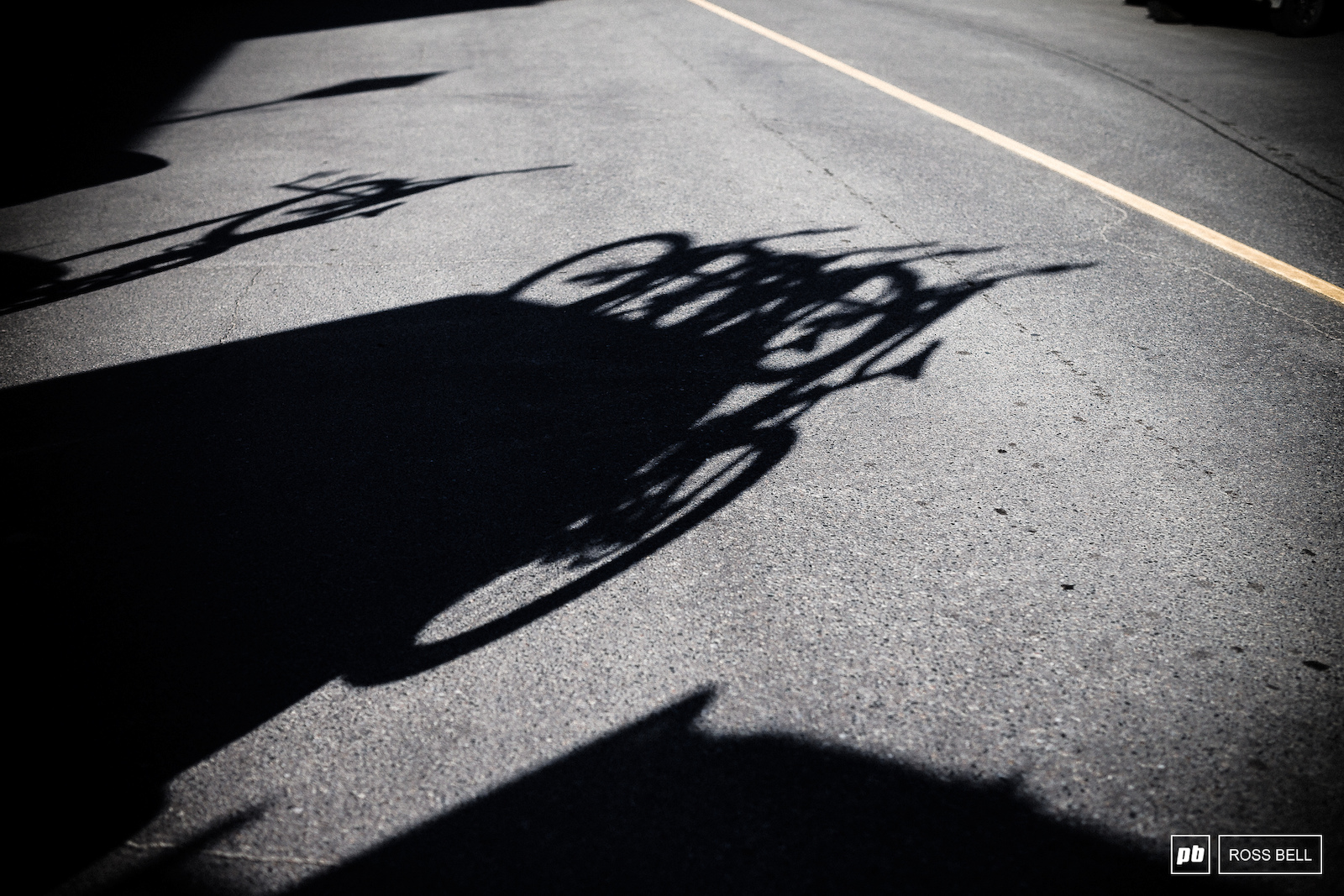 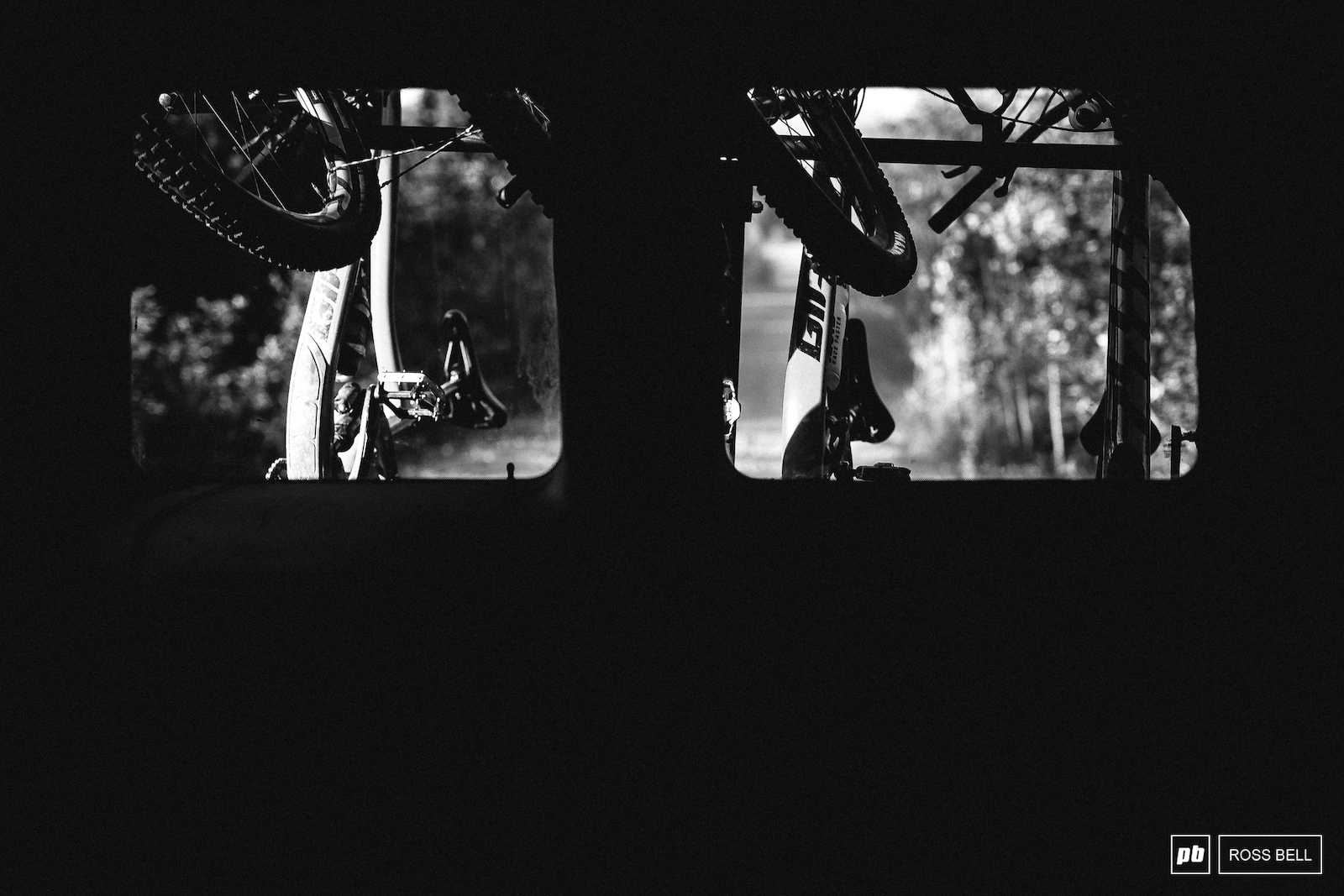 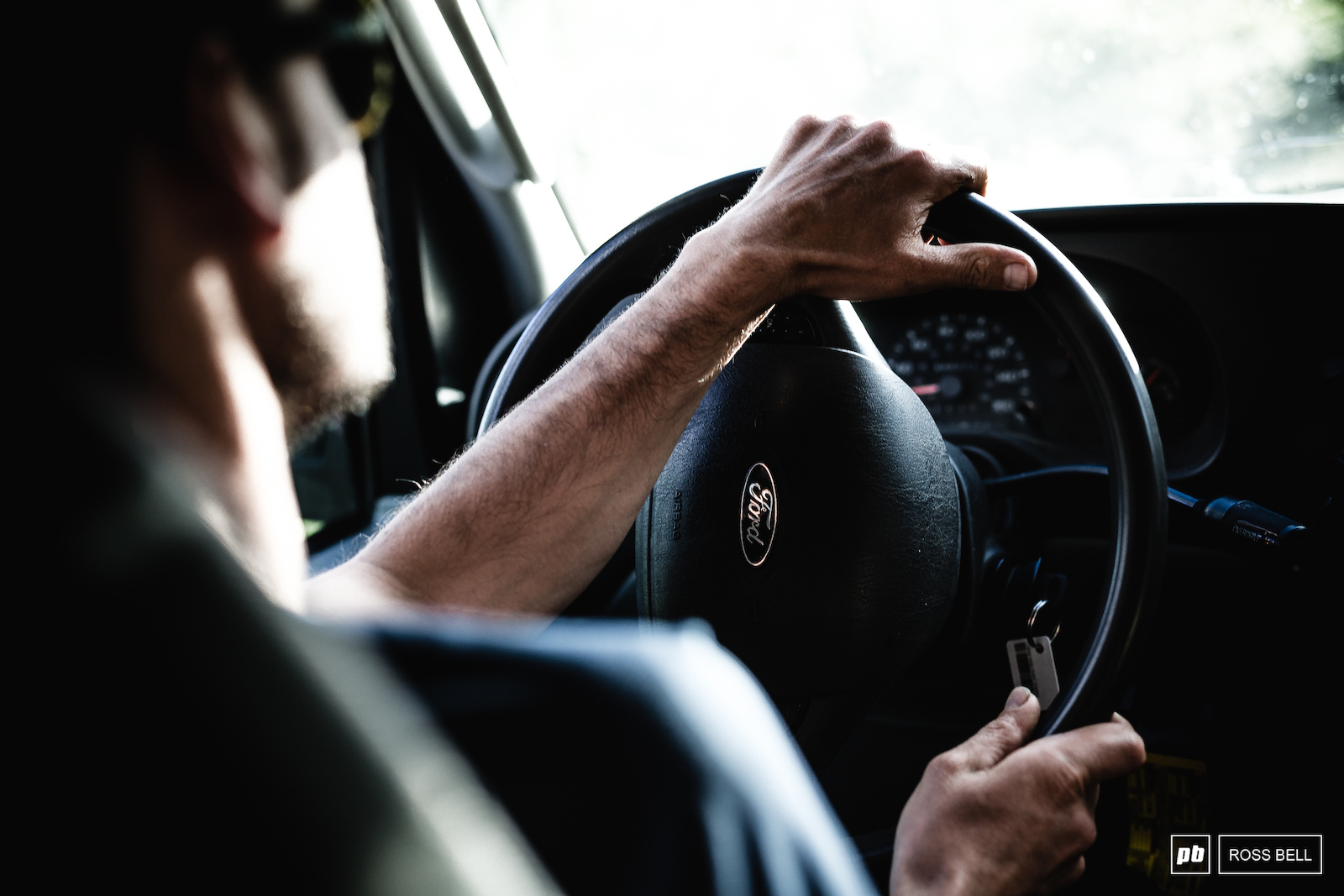 The first misjudgement was perhaps made before we'd even set foot in Canada and that was in our eagerness to get there, it was still fairly early in the season and a lot of the high alpine was yet to awaken from its winter slumber. Patches of snow clung to the shady hollows and the vegetation was drained of colour after the harsh Yukon winter. From our base at the Boréale Ranch we headed out each day to explore and shoot the local trail network as well as ticking off a few bigger days out in the mountains, but we'd saved the best for last on the fourth and final days shooting before we headed for Whistler.

Even for someone from the northern confines of Scotland, I found the lengthy Yukon summer days to be somewhat of a novelty, it never seemed to actually get dark. It also made that wait for golden hour that little bit longer, it was an odd feeling to be heading up the mountain after a late dinner to wait for the light to start popping. Sure enough, it did. We'd planned to only section the top of the trail before returning back to the van, but as it happened we bumped into one of the trail builders and he wouldn't let us return to Scotland without riding the trail top to bottom, so he volunteered to do the lengthy climb once again to pick up the van for us. Legend.

We scoped out a feature with a ridiculous backdrop overlooking a huge ribbon lake surrounded by boreal forest and snow-covered peaks. This is it I thought... With the light beginning to fire I sent Scotty on his way and got him to session the rock drop. I was pretty content with what we were getting, but for some reason, I felt like I couldn't quite nail the shot I thought we'd end up with. Shooting at sunset can be pretty manic, you're quite literally in a race against time as the sun sinks towards the horizon and I'll usually end up barking orders frantically out of part excitement and part stress. I've heard someone joke about there not being any friendships during golden hour before and it's sort of true to an extent. That's when it's good working with someone like Scotty. We both know each other really well, know how each other work, and trust each other in what we are doing. It was only after Scotty passed comment on having to do it “one more time” (the age-old mtb photographer lie) that I realised it was probably best to perhaps not admit defeat, but move on and see what else we could find. I find I can be quite obsessive, which maybe isn't a bad thing, but admitting to yourself that “okay, this ain't working and you should move on” when all the components for a banger are seemingly there is pretty damn hard. 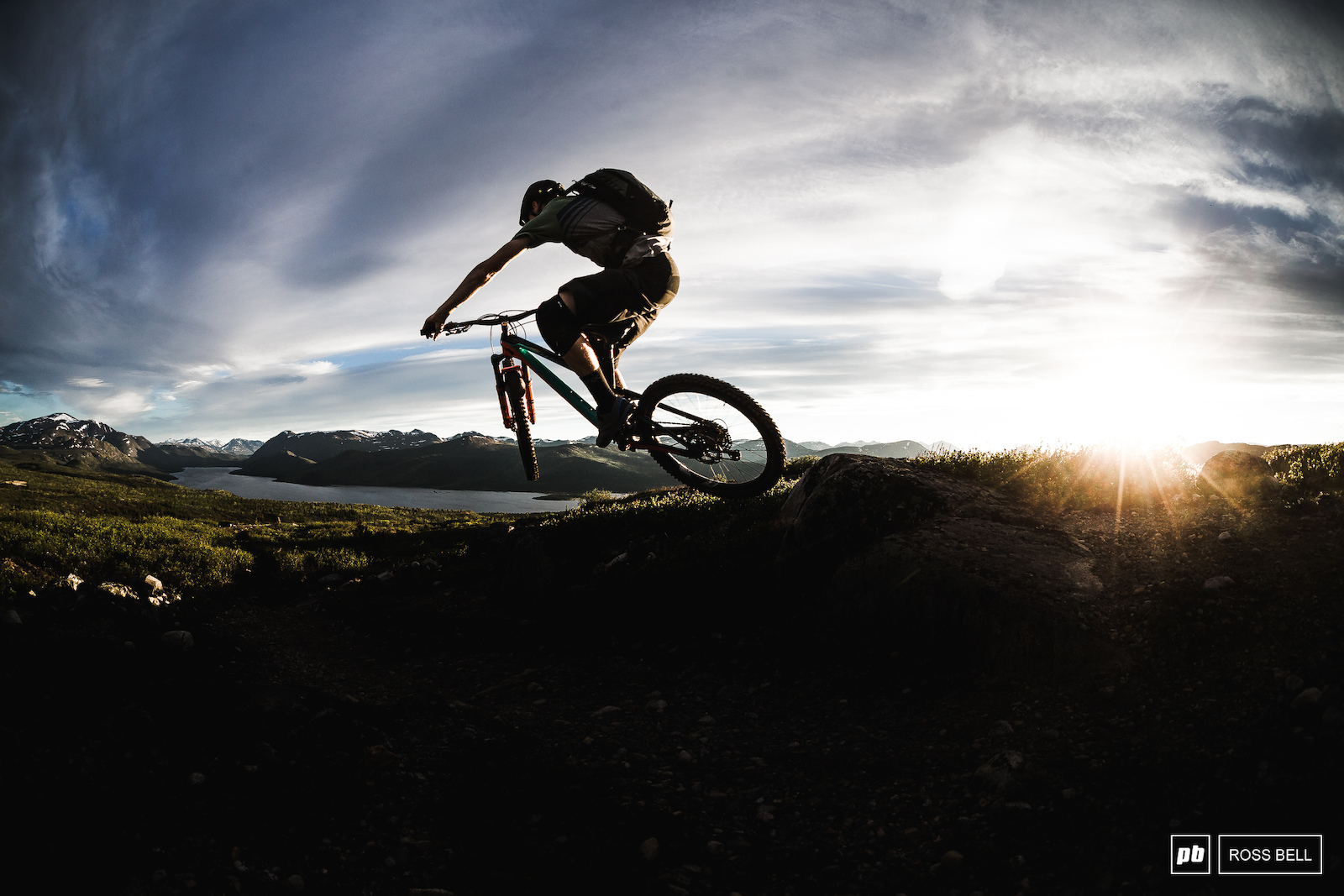 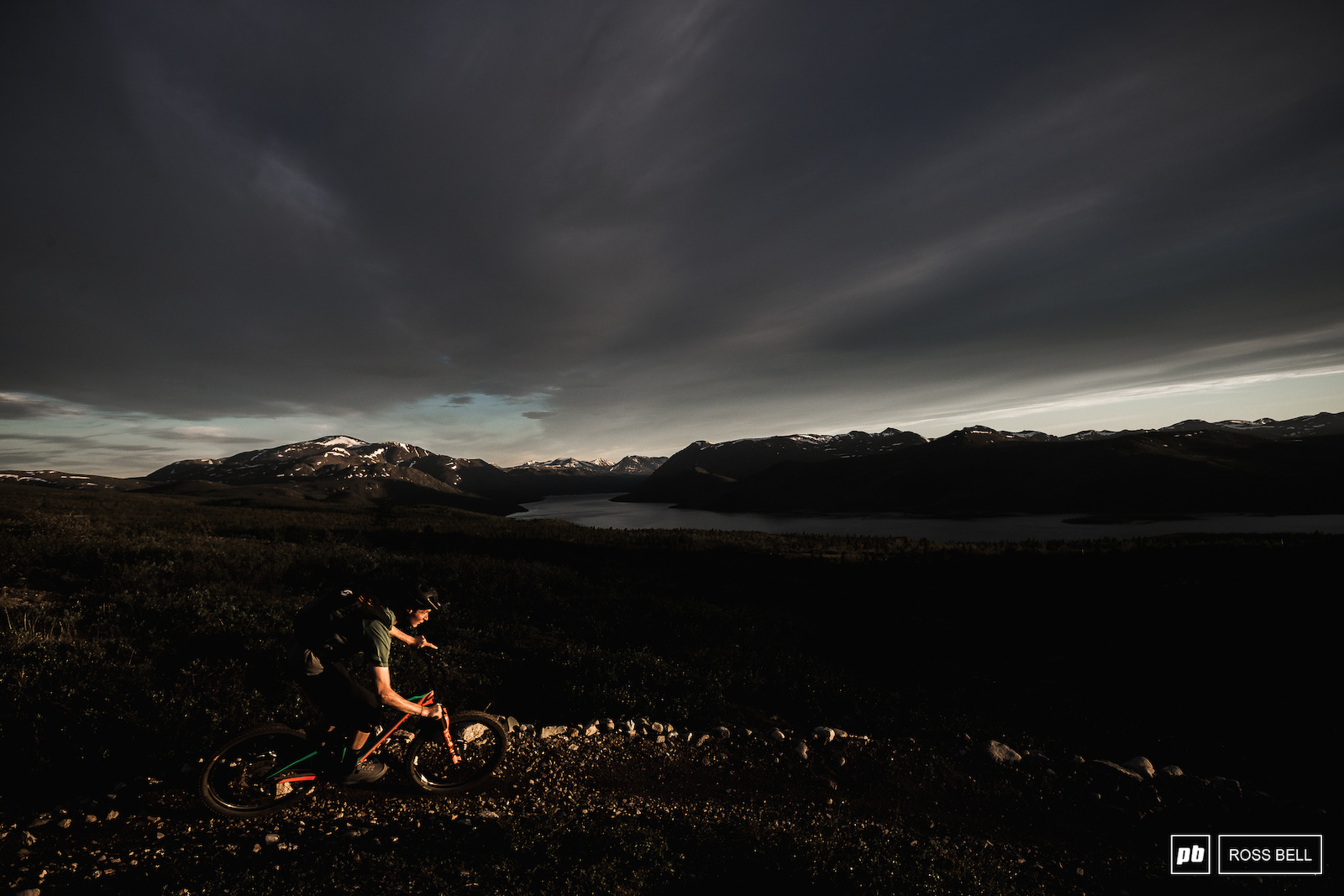 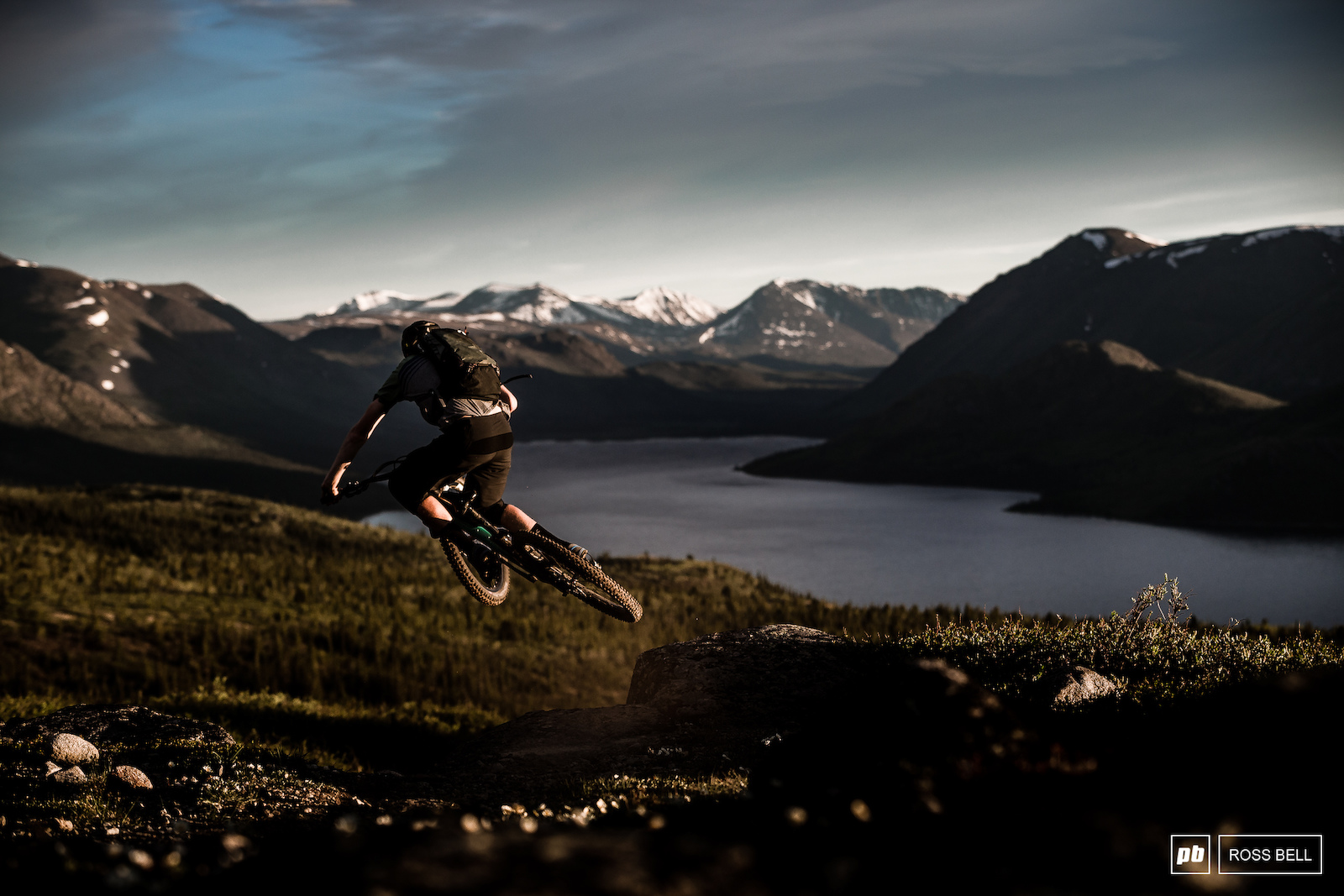 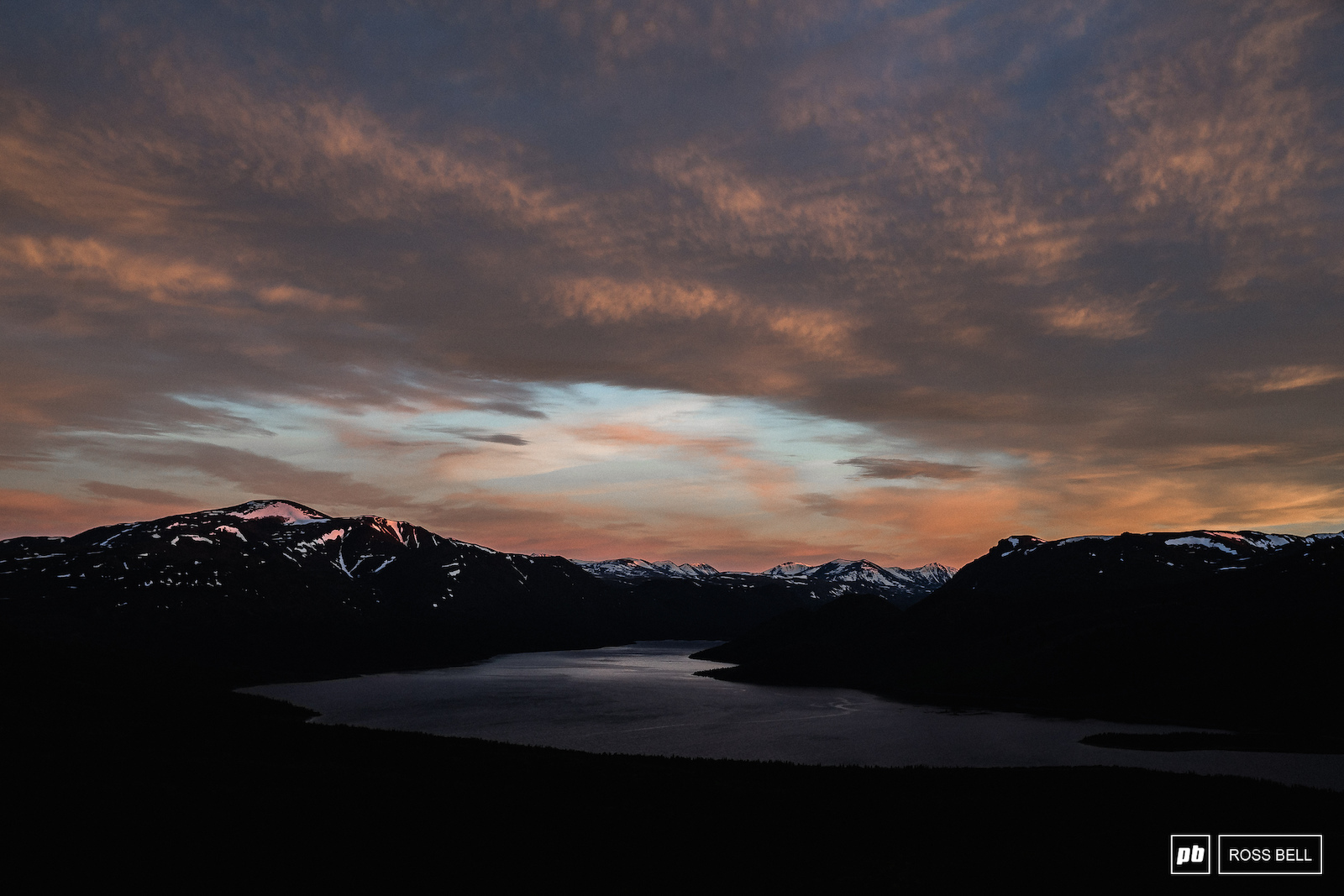 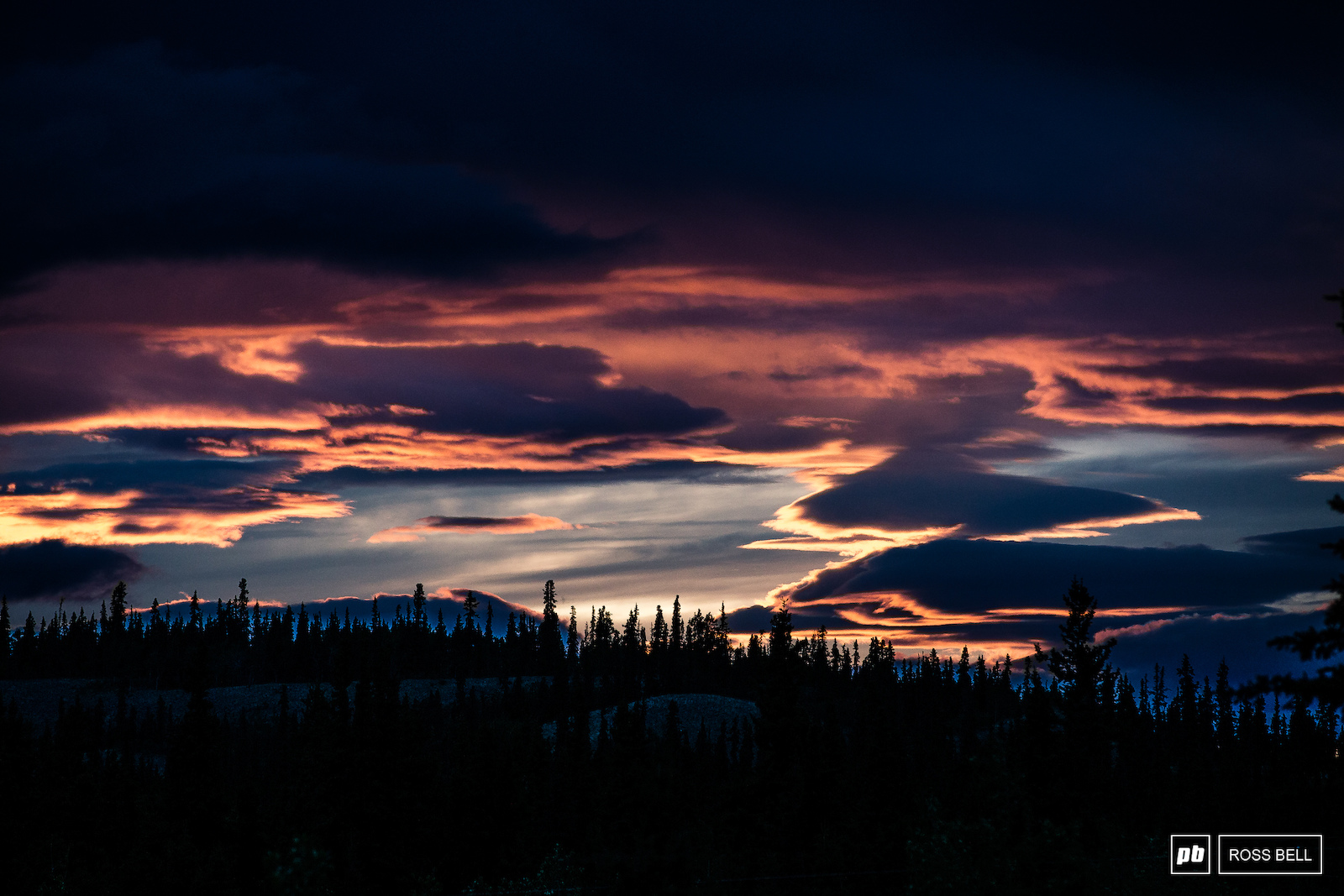 We shot a few more features before we found ourselves back in the treeline, the sun had already departed so it was game over and time to rag it back to the van which turned out to be one of the most surreal and most memorable riding experiences in my life. It had already ticked past midnight by the time we'd started descending and loam sprayed up our shins as we barrelled through compressions and turns, the trail now only illuminated by a faint twilight. We needn't call out to warn any unsuspecting bears about our imminent arrival as our hollers and shouts of satisfaction and disbelief at how impossibly good the trail was did the job just fine. With it now all but dark, we gathered up again for the final section of trail, taking in the fiery pink glow radiating through the trees as the sky illuminated in one last burst of colour to rub salt into the wounds. I can vividly remember thinking to myself “f***, the shots up top would be insane right now...” I could imagine it so clearly; A silhouetted rider cast against the apocalyptic sky awash with colour, effortlessly floating above the forest, lake, and mountain peaks. I tried not to dwell on it too much and failed.

There were a lot of conflicting emotions swirling in my head as we rolled back to the van shortly before 1 am. The mountain biker in me had just been gifted the most ridiculous riding experience of my life, but the photographer in me just couldn't shake the thought of what could have been. That was the one that got away.

Perhaps one day I'll return to Whitehorse and be sure to sit it out until sunset but, until then, I'll be left with some bittersweet memories.

pintoproof (Apr 4, 2020 at 3:48)
great read, great pics, thank you for sharing.
I think i heard it in a movie: the best pictures are the ones that aren't taken.

the scene was set for the Photographer to take a picture of a snow leopard, a friend of his had just arrived at where he was and asked him why he isn't taking the picture for the snow tiger once found since the Photographer camped for days to catch sight of the wild cat.

He looked at his friend and said: some scenes are not meant to be captured.

dancedancedanny (Apr 4, 2020 at 5:34)
That's "The Secret Life of Walter Mitty" and as a photographer it pisses me off to no end. You spent days upon days to chase after the wild cat. Take the god damn photograph, and then stare at the cat all you want. It takes less than a second away from your "moment".

Dorkin (Apr 4, 2020 at 10:20)
Amazing! I shot a very similar photo of a friend in the corner right before that rock he jumps off a few years back. You had significantly better light despite the fact. I loved that trail. It felt raw, remote and otherworldly.

privateer-wheels (Apr 4, 2020 at 13:00)
Carcross has some of the most fun riding I've experienced. Love the Yukon! We stayed at the Boreal Ranch, which we loved. Hard a great guide named David. If you are tempted to check it out, that's definitely a good way to go.

timtoldnes (Apr 7, 2020 at 7:39)
Great write up. I think it's human nature to think more about or losses than our wins. I have a history in motorcycle racing and I think about my failures much more than my wins, I think about my P2 finishes most of all. So close but not enough.

yukonman (Apr 4, 2020 at 9:07)
If you're looking for trails on the gnarlier side of things, go talk to Massey at Cyclelogical Solutions in Whitehorse!

lightningskull (Apr 4, 2020 at 14:58)
@yukonman: thanks for the tip. Just moved here and eagerly awaiting spring and new trails to explore with new biking friends

LAM (Apr 4, 2020 at 17:19)
@lightningskull: The riding here is awesome, mt mac is a must do, AB over in Skagway is a super fun trail in Alaska, Dawson also got some really rad trails built recently. You have a lot of options.

deiru (Apr 4, 2020 at 21:19)
@lightningskull: will echo @LAM on Dawson, Hammarstrand is hands down the best trail in the Yukon. Tonnes of great trails in Carcross but the local trails in Whitehorse aren't to be overlooked. My two favourite local loops are Money Shot, Easy Money, Payback on Grey Mtn and Blown Away, Starbucks Revenge, Goat, Kid Vicious on Mt. Mac.

The past couple of summers Sima has ran the lifts for mountain biking too, not sure if that will happen this year or not given the current situation, but keep an eye on FB for details from them.

lightningskull (Apr 7, 2020 at 20:55)
@deiru: thanks for the info! Got any suggestions on bike shops? All of them look good at a glance, can't really go anywhere right now to get a feel for them in person. Need a major bike service done.

yukonman (Apr 8, 2020 at 8:04)
@lightningskull: definitely go to cyclelogical, they specialize in doing bike maintenance instead of just bike sales due to being based out of a converted travel trailer

deiru (Apr 8, 2020 at 10:46)
@lightningskull: They are all amazing, I regularly visit all three. As an FYI the opening of Cyclelogical is delayed a bit this season partly due to COVID and mostly due to the late spring. The old fifth wheel is a little lacking on heat I think. But I am sure if you were to message Massey would probably help you out, his email on the Cyclelogical facebook page.

mattr (Apr 4, 2020 at 9:46)
Did a trip on the Alsek out of Whitehorse - that area is magical. I'm not a professional photographer but none of my images captured the trip either.

jitenshakun (Apr 6, 2020 at 10:46)
There are some beautiful trails in and around Whitehorse. As always, the only way to ride it all is the make friends with a local and turn off the Strava.