We're all very aware that crashing is just part of the game, and that's especially true when you're at the pointy end of the performance spectrum. Just ask Jesse Melamed, Myriam Nicole, and Gee Atherton, all of whom had their own impressive comebacks from injury in 2018. But our winner didn't get hurt while racing at obscene speeds, and despite him being one of the top slope competitors out there, his own comeback didn't begin with him getting up from hitting the deck hard while spinning and flipping.

Our 2018 Comeback of the Year award goes to a very deserving Emil Johansson. 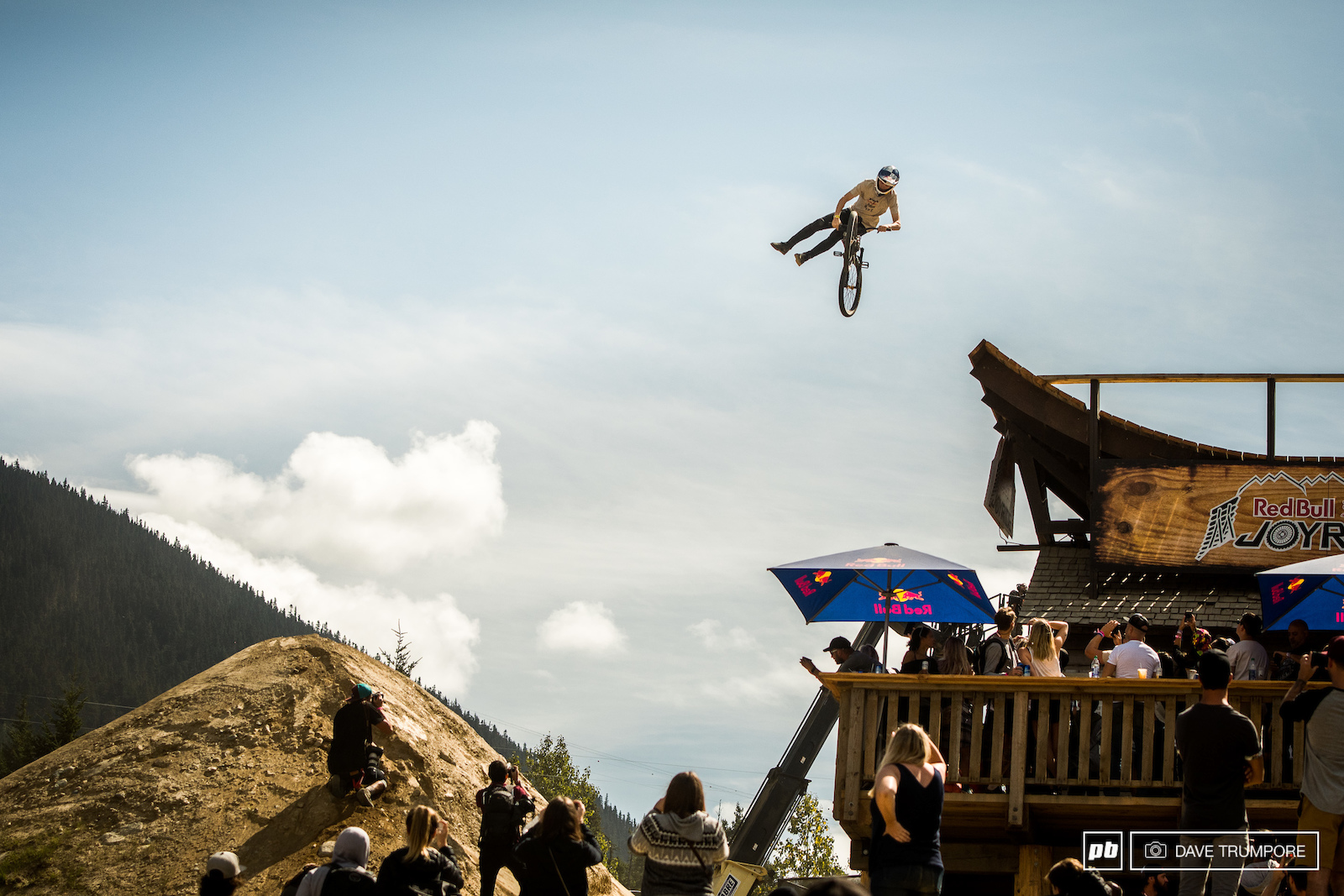 Comeback of the Year
Emil Johansson

Last year saw Emil Johansson take land on four FMB Diamond event podiums, a run that also saw him be the youngest ever overall champion, beating well-known veterans like Rheeder or Semenuk. The immediate future looked pretty bright for Emil, but that's when he got hit with one of life's curveballs. This particular pitch meant that he was dealing with significant pain and issues from his back that was eventually diagnosed as a congenital 6th lumbar vertebrae defect. That's as serious as it sounds, but it was about to get even worse: He was also diagnosed with an auto-immune disease that slowed down his ability to recover and rehab from his back injury.

All told, Emil was on the sidelines for ten months. That's an eternity in the world of slopestyle where it seems like riders are pushing things further and further at every competition, and it makes his 4th place at the 2018 Red Bull Joyride, on the gnarliest course of the year, all the more impressive.

Kustomango (Dec 17, 2018 at 8:31)
The tears on his face on his first competition rum back were heartbreaking. To have the talent and the rocket ship start he has had and then to find you have an auto immune condition that could have been the end. So happy for him

WAKIdesigns (Dec 17, 2018 at 8:32)
YAAAAAAAY!!! I have to nag him with selfies if he ever comes to Gbg again. Nah super stoked for him. It was a damn come back. I have people with autoimmune disorders in my family, it's not a fun time. And it takes time for the family members to accept some parts of the behavior of such person like... sleeping for 12h every day, not being able to get up in the morning until 10:00am and stuff. Amazing. Feels almost like Hills World Champs return in MSA.

martinblunt (Dec 17, 2018 at 11:31)
I hope he can beat Rogatkin overall next year, seems every competition he's in he's already won because of that bloody twister.

anchoricex (Dec 17, 2018 at 14:30) (Below Threshold)
@martinblunt: lol such a wanker. I drive a Tacoma and a Prius, choose your poison. I’ll take you seriously when you eat my ass.

In 2017 I suffered a life changing broken nail injury sustained on a red run at Cannock Chase. After 8 months of intensive rehab and alcohol abuse I am now able to shred a blue run with pride. Riding my bike again after such a painful injury was a special moment in my life.

On a more serious note: Pinkbike needs to make these awards more inclusive. There are many so called weekend warriors that suffer horrendous injuries and fight back to ride again - their stories need to be told...

Albatrosse (Dec 17, 2018 at 8:29)
slopestyle winning both the comeback of the year and event of the year awards, and its the second season in a row that i didnt bother to watch. i must be missing out?

brianpark Mod Plus (Dec 17, 2018 at 8:53)
Yeah, slope is definitely waning, but this year's Joyride was incredible. Back and forth insanity.

Captain1Eye (Dec 18, 2018 at 7:37)
@noisette: Every course is pretty much identical to the last one and then every rider pulls pretty much the same tricks at each event. I can see where Brian is coming from

scott-townes (Dec 18, 2018 at 8:02)
@Captain1Eye: When any sport becomes legit, the courses in the main program will be designed the same. Its all part of the discipline being taken to the next level (Olympics). As far as people pulling the same tricks at every event.... you're not paying much attention if you think that.

Golden-G (Dec 18, 2018 at 5:27)
Who is making these decisions? How are these selections made? Describe the process please!

taquitos (Dec 17, 2018 at 9:21) (Below Threshold)
@freeridejerk888: Gee has had issues with injuries for a few seasons now. You have to go back to 2015 to find his last podium before this last season. Can't say that's not a come back considering his insane consistency earlier in his career.

anchoricex (Dec 17, 2018 at 12:30)
Eh I’d rather give it to Rach if we’re gonna give it to one of the Athertons. Everyone doubted her dominance coming back from her injury, so much sentiment about how Tahnee is at her level now and gonna take the cake, it just took rach a long time to find her form again

JasPeR314159 (Dec 17, 2018 at 18:06)
@anchoricex: I agree, winning by 10 seconds was incredible and almost unexpected because of how close Rachel and Tahnee were during the regular season. Its hard to say whether Gee has a comeback or not, I might be wrong but his best race all year was the 2nd in Le Bresse, which might be because he is strong/fast on new tracks but not as quick as some of the other top 10 riders on older tracks.

taquitos (Dec 17, 2018 at 18:47)
@JasPeR314159: he had been doing consistently well in qualis all season and had an 8th place finish earlier in the season. The last season was definitely a return to form for him a bit.
Below threshold threads are hidden

NotAnotherClimb (Dec 17, 2018 at 9:53)
Did it say "Mountain biking comeback of the year award?" This site doesn't just cover mountain biking.

Joebohobo (Dec 17, 2018 at 11:00)
@NotAnotherClimb: Just trying to shed some light here, it's always been a type of mountain biking, the 'FMB World Tour' is the Freestyle Mountain Bike World Tour. The bikes they compete on are dirt jump/slopestyle bikes which are types of mountain bikes

Joebohobo (Dec 17, 2018 at 11:01)
Not sure how you can argue with a definition, but sure, I guess they should change the FMB to something else as that's the 'Freestyle Mountain Biking' world tour. They compete on dirt jump/slopestyle bikes which are types of mountain bikes
Post a Comment