The Pinkbike Podcast: Episode 11 - Are We Going Racing This Year? 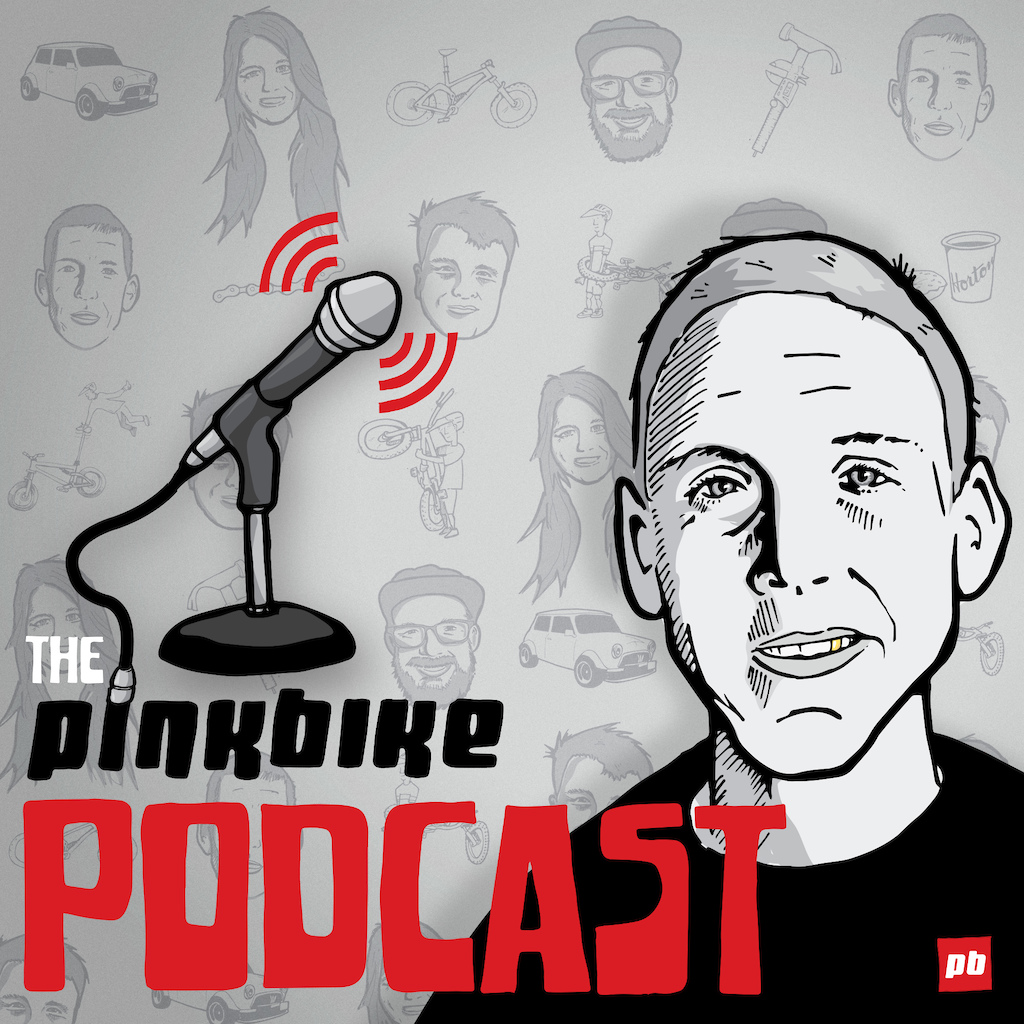 Racing is on its way back! Last week saw Luca Shaw, Dakotah Norton, Neko Mullaly, and many others back between the tape for a downhill race at Tennessee's Windrock bike park. Social distancing was in effect, of course, and Norton and Frida Ronning took the wins in the pro class. We even had a few bike checks. Speaking of racing, the World Cup is returning for 2020, with the downhill series kicking off in early September in Lenzerheide and wrapping up in early November at Lousa, Portugal. Not only is the series much more condensed, the last two rounds are double-headers that will see racers tackle the course twice but with some variations - that should be interesting. The World Championships are on the calendar, too, running from October 5th to the 11th.

James Smurthwaite rang up Simon Burney, the UCI's off-road division manager to talk schedules, venues, double-headers, and what to expect from the 2020 World Cup race season.

With the heavily revised schedule running from late summer through early fall, will 2020 be known as the muddiest World Cup season ever? Will the condensed, all-European calendar throw up any unexpected curveballs?

Available on Apple Podcasts, Spotify, Google Play, or wherever else you get your podcasts.

Time to put your quarantine training plan to the test.
Hosted by Mike Levy and featuring a rotating cast of the editorial team and other guests, the Pinkbike Podcast is a weekly update on all the latest stories from around the world of mountain biking, as well as some frank discussion about tech, racing, and everything in between.

Previous Pinkbike Podcasts
Episode 1 - Why Are Bikes So Expensive?
Episode 2 - Where the Hell is the Grim Donut?
Episode 3 - Pond Beaver Tech
Episode 4 - Why is Every Bike a Trail Bike?
Episode 5 - Can You Trust Bike Reviews?
Episode 6 - Over Biked Or Under Biked?
Episode 7 - Wild Project Bikes
Episode 8 - Do We Need an Even Larger Wheel Size?
Episode 9 - Why Are We Doing a Cross-Country Field Test?
Episode 10 - Getting Nerdy About Bike Setup

Hit us in the comments with your suggestions: What do you want to hear us talk about? Would you be into watching a video version, or are our dulcet voices enough for you?

Upstep (Jun 11, 2020 at 7:23)
thats the question that burns everybodys Mind,who cares about racing if we can fastforward mtb geometry for about 20 years....can we?:-D

downcountry (Jun 11, 2020 at 9:18)
@mikelevy Fully agreed - I'm less inclined to pursue another lab if the big climb is a bunch of borophyll.

racerfacer (Jun 11, 2020 at 7:49)
You have a time machine and a custom Ti frame builder who can get you the geometry and handlebars you want. You can travel back in time to any scene with your frame and bars, but must otherwise use period correct parts. What scene are you going back to? Klunking? 90's Kamikazee DH? late 90's, early 2000's peak XC with a 29er? early north shore Vancouver loam action?

TerrapinBen (Jun 11, 2020 at 11:29)
@racerfacer: will the benefits of a Ti frame be negated by undampened wheels? Find out next time on the PB podcast!

AyJayDoubleyou (Jun 12, 2020 at 1:05)
90's downhill on something approximating modern enduro geometry. Bike will be designed to take motorbike forks and shocks.

doctorfuzzz (Jun 11, 2020 at 20:52)
@sarahmoore was onto it guys. If you looked into you would see that most dh pros run high saddles. Look at the saddles in relation to the their bars, its level sometimes higher. I thinks its odd haha

I spent the last two years trying to make a Breezer Squal/Storm hardtail into a legit trail bike for Ohio but as cheaply as possible by upgrading everything I broke. I have had some success and have ridden some great trails in Ohio and Pennsylvania but overall the experiment was a failure. You simply can't change the fundamental nature of the bike. Fortunately this only cost about $600 since 2017, $300 for bike and $300 for upgrades/repairs, and I learned a lot.

Starting last November I assembled a budget full suspension. I have had my first two rides this week and what a world of difference. One area that I was not anticipating was the difference in steering. At low speed I am all over the place. I went from 71 degrees to 65 degrees over night. Not over the course of the last 20 years.

Any tips? I was nervous on 3 foot wide bridges on my last ride and was comfortable on 8 inch skinnies on my Breezer. Or do I just need more time?

jwdenver (Jun 12, 2020 at 7:03)
Guessing WAKI was one of the idiots that went full racist last week and got himself banned?

ceecee (Jun 12, 2020 at 8:29)
Looks like his account was deleted. I can't tell if admin did it or Kipsak himself--looking him up from Dashboard yields a mk II account, and clicking on username in comments a page not found error. Compare to Road Stain, whose account is suspended for racism, but still visible.

lkubica (Jun 13, 2020 at 0:56)
He simply had enough honor to quit by himself after a medieval-like witch hunting that took place in this "we will make world a new paradise" thread. Angry mob is angry mob, no matter what beautiful ideology you think stand behind it.

'Grim as it is, even this picture may be overly rosy'....

Narro2 (Jun 11, 2020 at 10:07)
mike, brian, the spotify version of this weeks podcast is not available on spotify, please help a fellow commuter

onlyDH (Jun 11, 2020 at 15:31)
The discussion about windrock and Tennessee seemed kind of dramatic. it’s not THAT bad

haegar (Jun 19, 2020 at 0:15)
Thanks guys, love the whole thing. The information and the entertainment.
Maybe change the "music" or whatever that's called. Please? I can't be the only one cringing everytime I hear it.

benmoosmann (Jun 24, 2020 at 11:03)
@mikelevy: Haha nice! I'm not usually one for podcasts, but this has really grown on me and I've been looking forward for each new episode

barbarosza (Jun 11, 2020 at 12:04)
It’s so pleasant to ears hearing both or each of the Mike s yet other bosses are so darn annoying. This ain’t no poo on the rag it’s perhaps a sign to leave them solo to debate

barbarosza (Jun 11, 2020 at 19:29)
@housem8d: yeah just that a good referee wouldn’t faulting the same player over and over again on the very same sensitive yet super personal choices
Plus 90 % of the cases he makes a big deal out of something and utterly comes back and agrees with whatever the others put on the table,because his arguments aren’t based on facts generally. So just let them do the show they can handle it