Pinkbike Primer: A Double-Header to End the World Cup Season at Snowshoe, USA 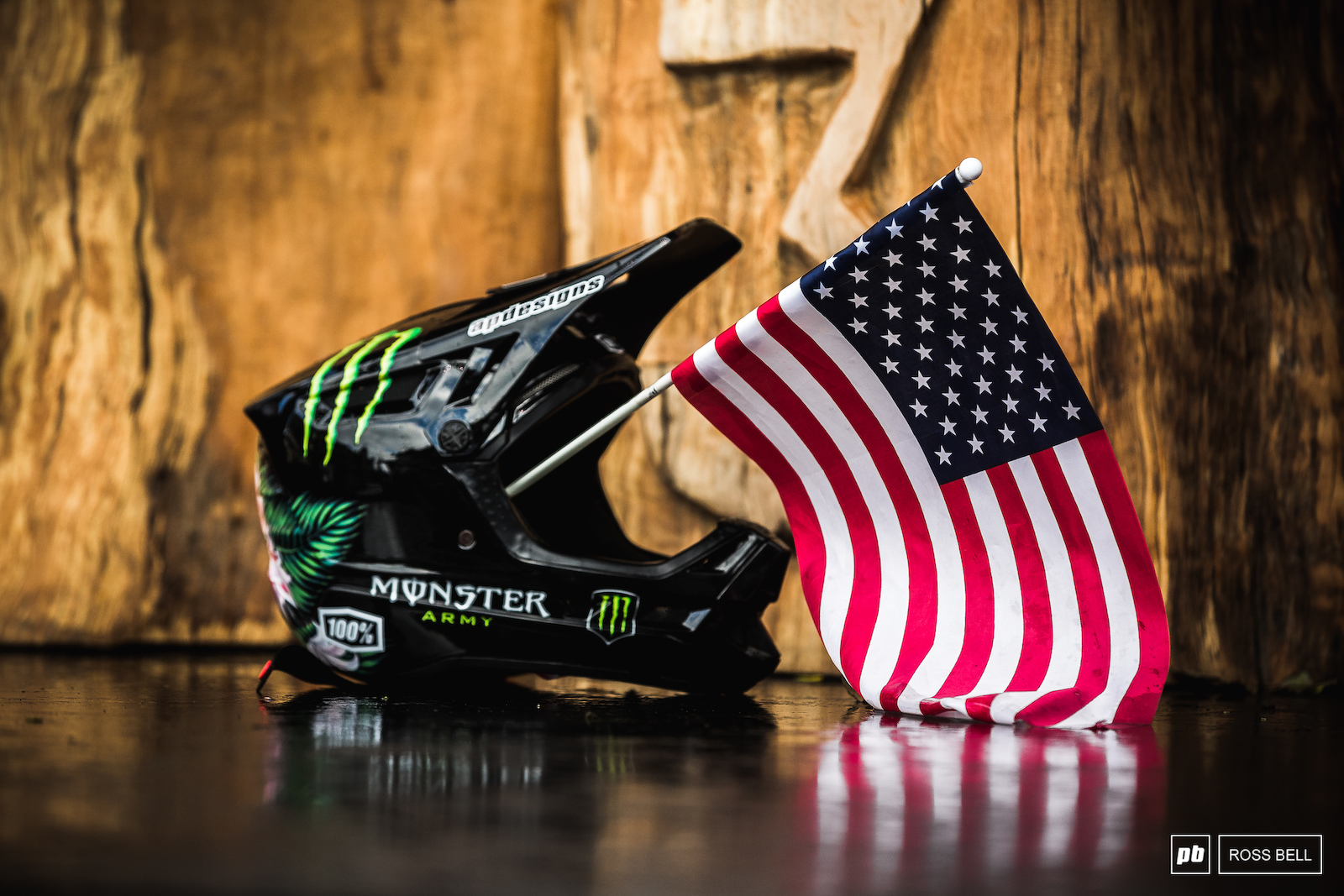 The
PINKBIKE PRIMER
to
DH World Cup Rounds 5 & 6
SNOWSHOE, WEST VIRGINIA, USA
Nothing Left to Lose
The double-header this weekend is weighted with the pressure of the overall title
And just like that, the World Cup season is almost over, with just two rounds in one week left for the racers to tackle. This week, the World Cup circus has hopped across the pond to the US, where racers will be put through a six-day barrage of training, qualifying, and racing to finish out the season. It'll be an exciting week, with the overall season title on the line and twice the points available as at most World Cup stops. That also means the riders will go through twice the physical strain and twice the emotional rollercoasters. America does it big, indeed.

When the World Cup visited Snowshoe in 2019, we watched one of the greatest mountain bike racing dramas we've ever seen unfold as if it had been scripted just for our viewing pleasure. The overall title was between Amaury Pierron and Loic Bruni, and after a jaw-dropping run from Pierron, the title was all but decided in his favor, but Danny Hart managed to do one better and take the win, taking away the points Pierron would need to win and making Bruni the first elite male racer since Sam Hill in 2007 to take both the World Cup overall and the World Champs win in a single season.

The 2019 women's race also had plenty of nail-biting, with the title riding on a hair between Tracey Hannah and Marine Cabirou. If Hannah had finished outside of the top six, the title would have gone to Cabirou, but despite Cabirou's near-flawless run and subsequent win, Hannah rounded out the podium in fifth, high enough to take the coveted UCI crystal from Cabirou.

With the season coming to a close and so much to gain or throw away, we can be sure that Snowshoe will once again deliver. Here's what to expect. 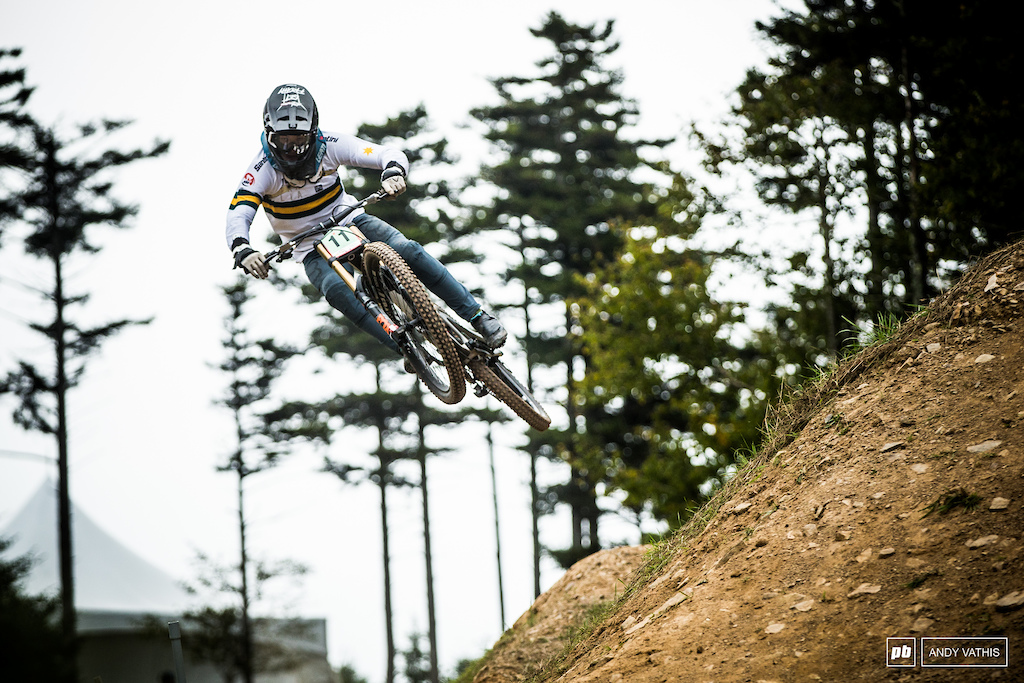 The Snowshoe track debuted in 2019 and was well-loved, but a bit notorious among racers. The course starts wide open with several jumps, some of which are new this year, then drops into woodsy steeps before the absurdly physical, long finish section. Every section of the course will be demanding, with the jumps on top requiring commitment, the steep middle sections requiring precision, and the lower chunder requiring so, so much strength from the riders. With two rounds packed into one week, and some minor course changes between the two rounds, it's bound to be an exciting World Cup finale. 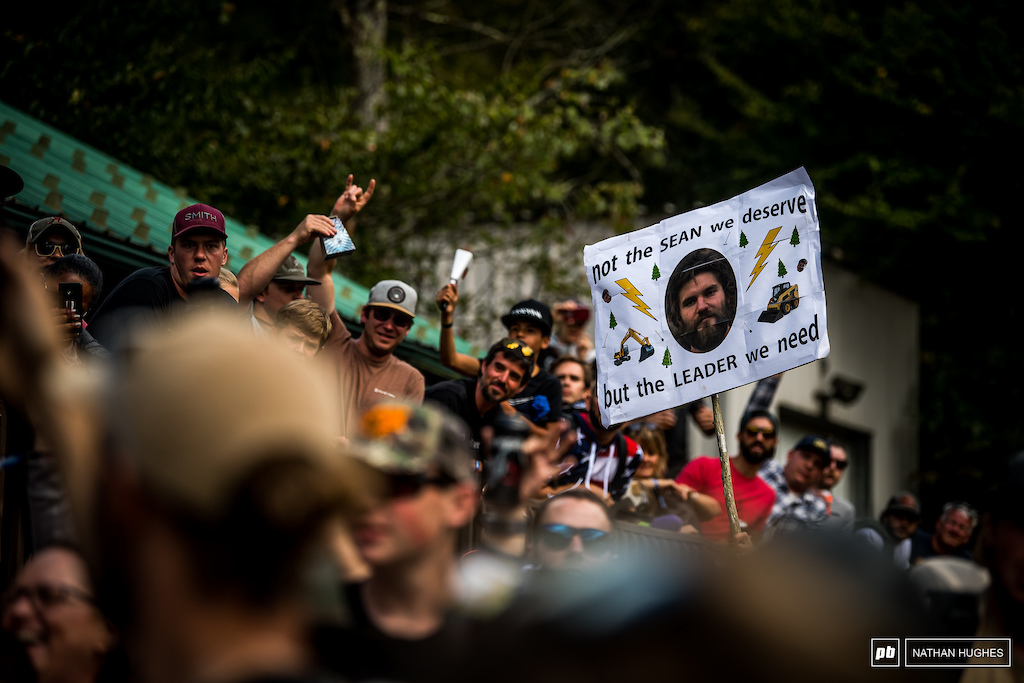 The stellar track was built by Sean Leader. 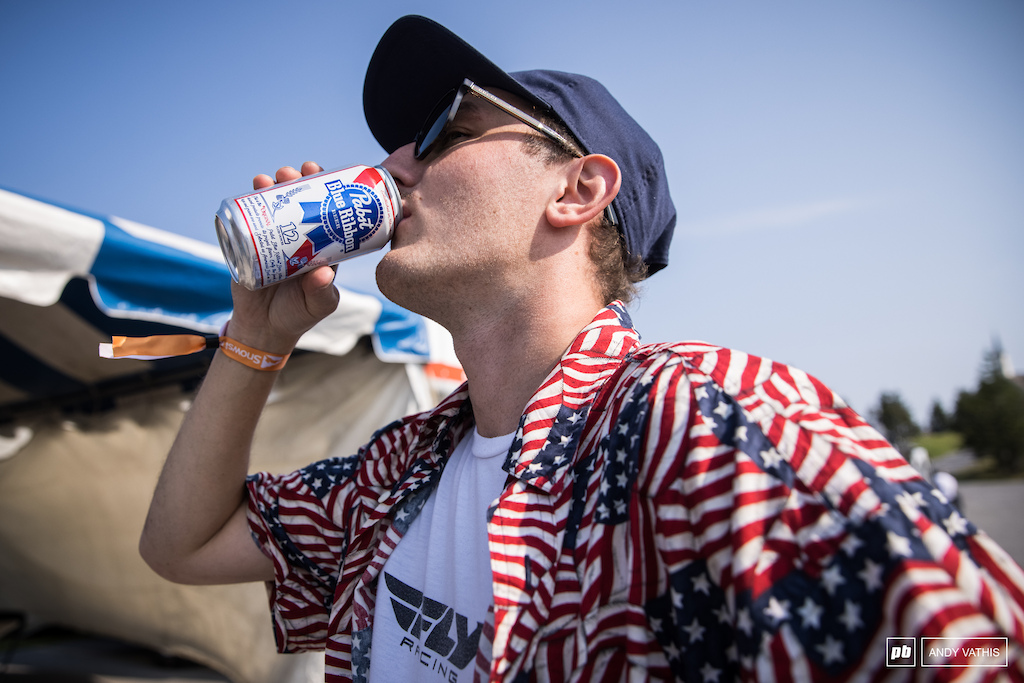 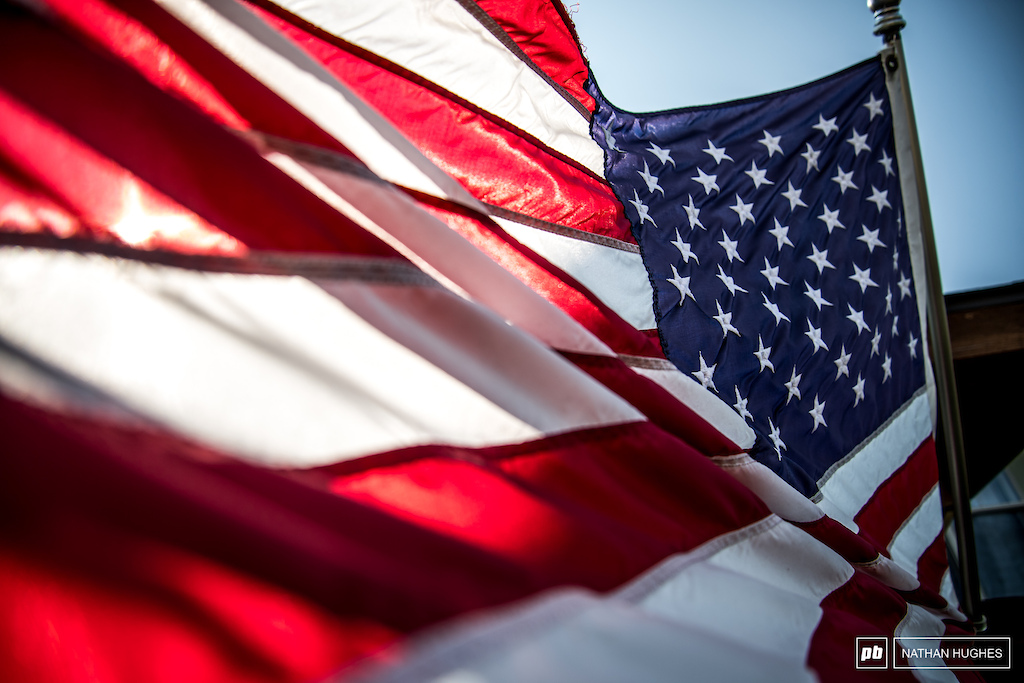 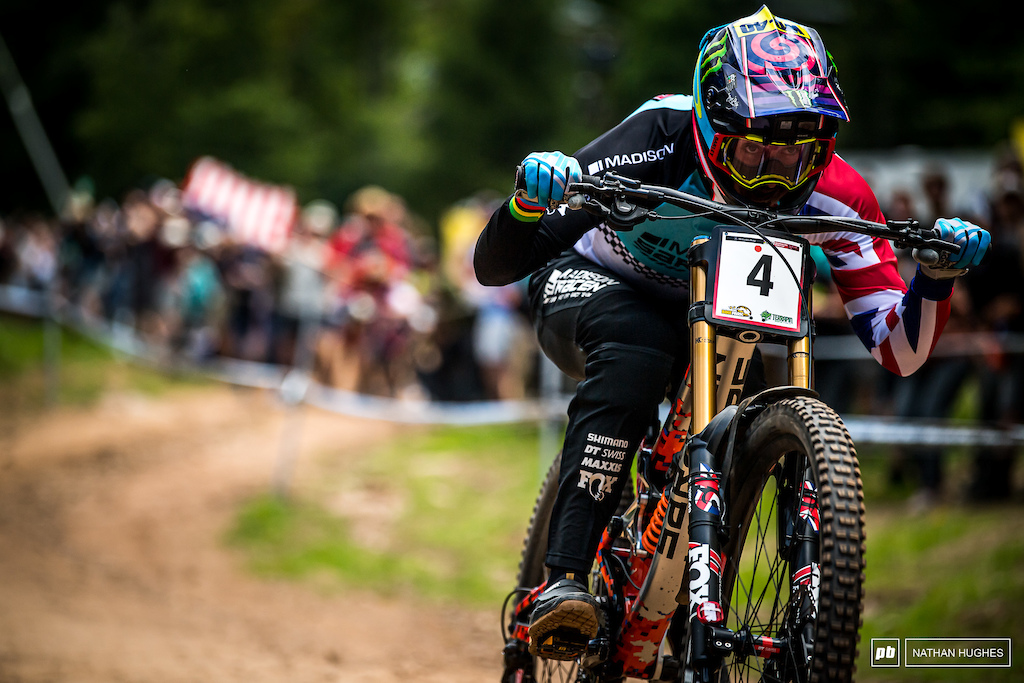 The 2019 race at Snowshoe was a big one. Marine Cabirou came from behind to take the win, but Tracey Hannah stayed within the top six to take the overall for the first time in her decorated career. In the men's race, we saw some of the most suspenseful World Cup runs ever. Amaury Pierron put down an astonishingly fast run that seemed more or less unbeatable, so it appeared that Pierron would take the win and clinch the overall. Then, Danny Hart went fastest and bumped Pierron out of the top spot, giving fourth-placed Bruni the overall title, also a career-first for him. Just incredible.

What Happened at the Last Round?

Vali Holl, Tahnee Seagrave, and Myriam Nicole all had stellar runs, Vali finally pushing onto the podium this season, Tahnee beating her time by an impressive margin, and Nicole beating both of them by more than three seconds, backing up her recent World Champs victory.

We saw something similar go down in the men's field. Thibaut Daprela put down an insane run to take the lead, which was then bested by Loic Bruni, and then both were beaten with an incredible performance from Loris Vergier.

It's been said before, but I'll say again: it's not bikes that win races; it's French people. 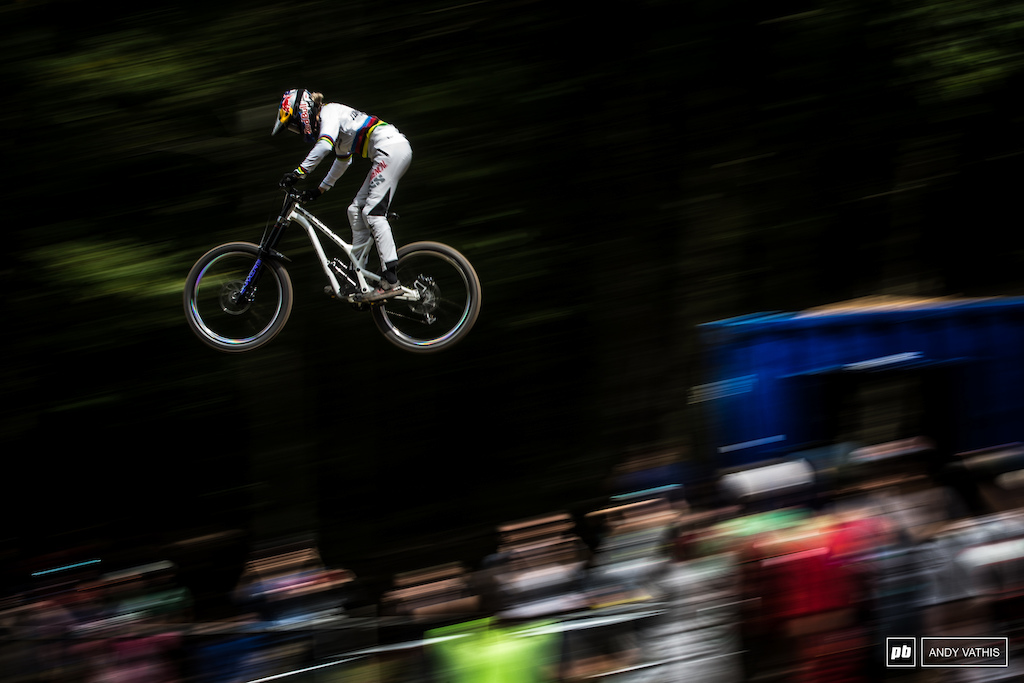 Weather Forecast
Last year, the rocks toward the bottom of the course because absurdly slick with moisture, though more due to humidity and fog than to rain. Now, with possible rain in the forecast for the week, we could see similarly slippery conditions, especially for the second of the two races. Temperatures are expected to stay pleasant and mild through the weekend. 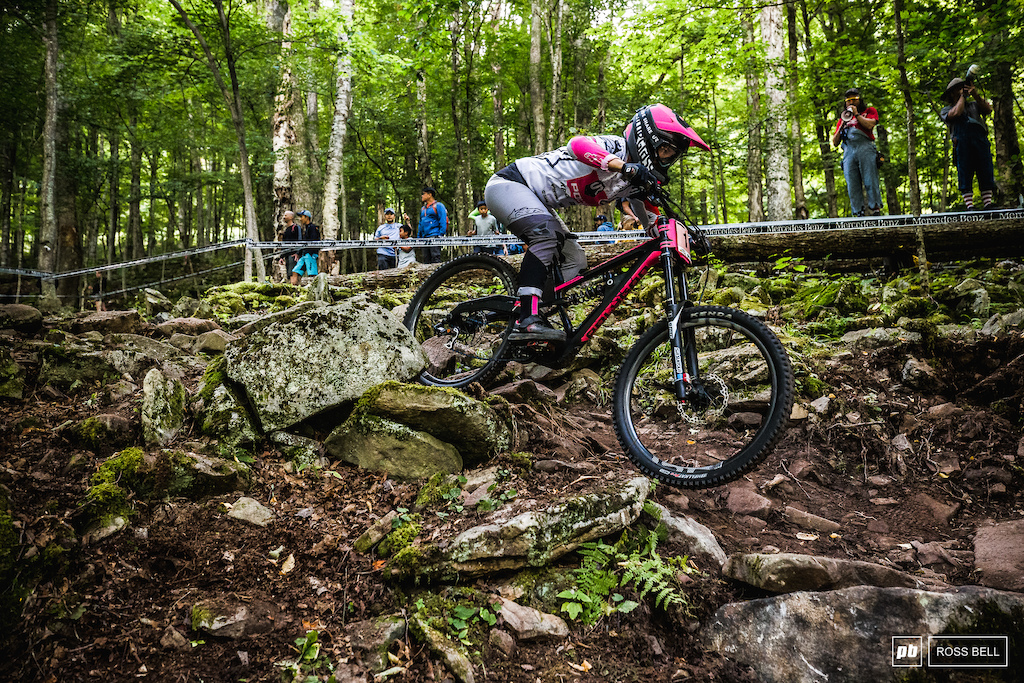 Wednesday, September 15 - Race 1
Sunshine and patchy clouds with a thunderstorm in parts of the area in the afternoon // 19°C // 41% precipitation // wind 9km/h

Thursday, September 16 - Training
Periods of clouds and sun with a thunderstorm in the afternoon // 17°C // 60% precipitation // wind 7km/h

Weather forecast as of Monday, September 13. Live updates from Accuweather. 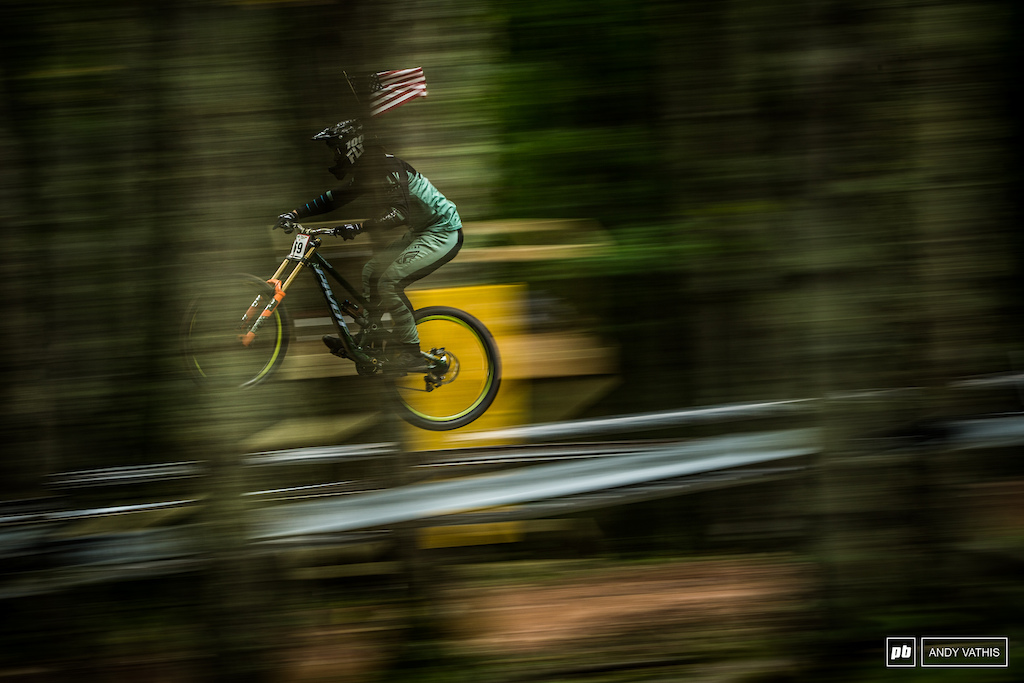 Note: All times are local and subject to change by the event organizer. 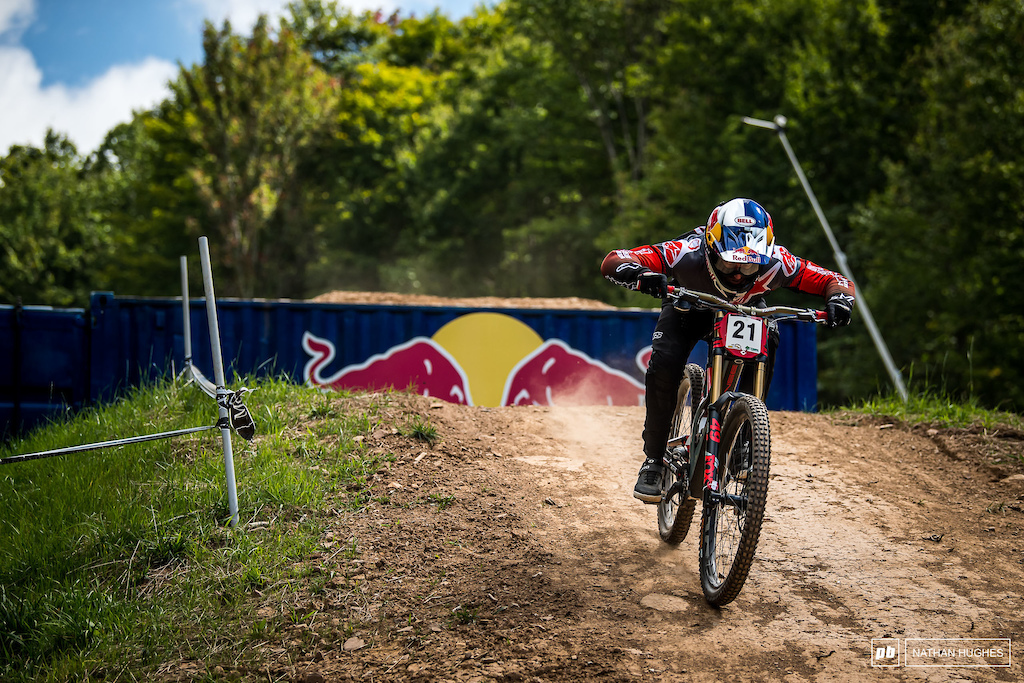 Pinkbike will be providing you with the best daily coverage from our team the U S of A this week. Tune in to Pinkbike to catch photo epics, videos and results from Timed Training, Practice, Qualifying and Finals, as well as tech bits and news.

You can also watch the seventh round of the Mercedes-Benz UCI Mountain Bike World Cup onredbull.tv. The live broadcast starts on Wednesday, September 15 and Saturday September 18 at 12:30pm EST.

All times local / EST, replays available immediately following the races. Times are subject to change at the race organizers' or Red Bull's discretion. 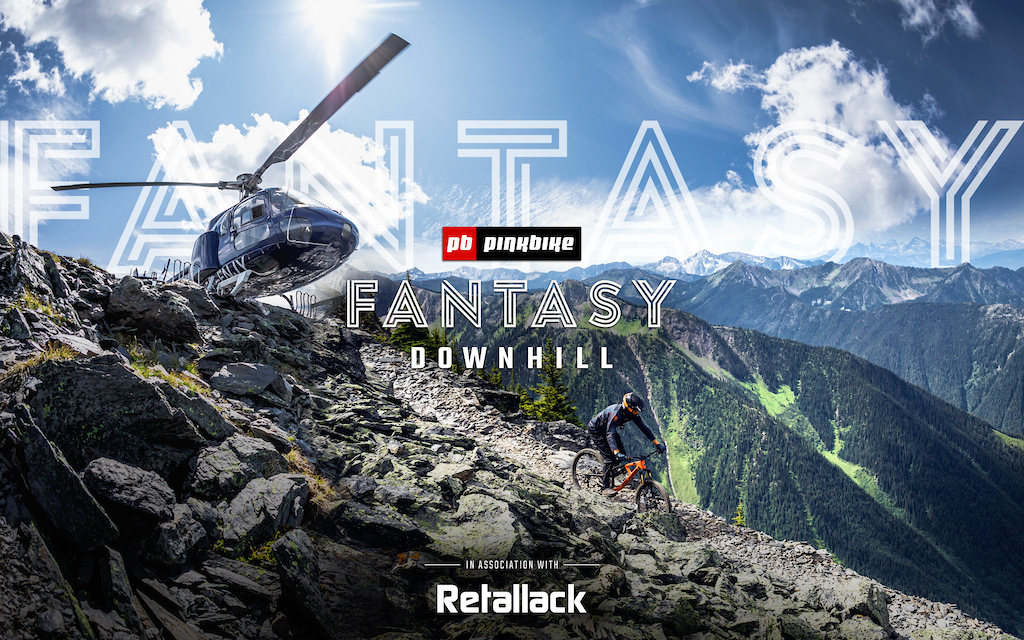 Fantasy League
Don't forget to complete your DH Fantasy team! Participating is way more fun than watching from the sidelines.

Great article header or whatever! Nailed it.

johndoh (Sep 14, 2021 at 8:34)
We had plans to go but decided against it. The delta variant is currently ravaging through W Va. like wild fire and icus and hospitals are overwhelmed. Have a great time but also be careful, keep some distance, wear a mask and try not to doing something that will require a hospital visit.

chrismac70 (Sep 14, 2021 at 2:29)
Am I miss reading as it looks like practice and qualifying are happening simultaneously

ReeferSouthrland (Sep 14, 2021 at 4:40)
@melonhead1145: Nah the Snowshoe race was geo blocked the last few years in North America for no good reason. Always find a way around it.

blowmyfuse (Sep 14, 2021 at 7:39)
WOW!!!...you guys get an evening Matinee. Popcorn, lounge chairs, brews and after party. Beats the heck out of 8am Sunday Euro-World Cup fogginess in my pajamas!!!

bgoldstone (Sep 14, 2021 at 9:21)
Live timing for Qualis has started. uci.ch/mountain-bike/events/mercedes-benz-uci-mountain-bike-world-cup

WestSlopeAdam (Sep 14, 2021 at 7:47)
When did they get mountains east of the Mississippi?! But I am happy I don't have to wake up in the middle of the night to watch live.