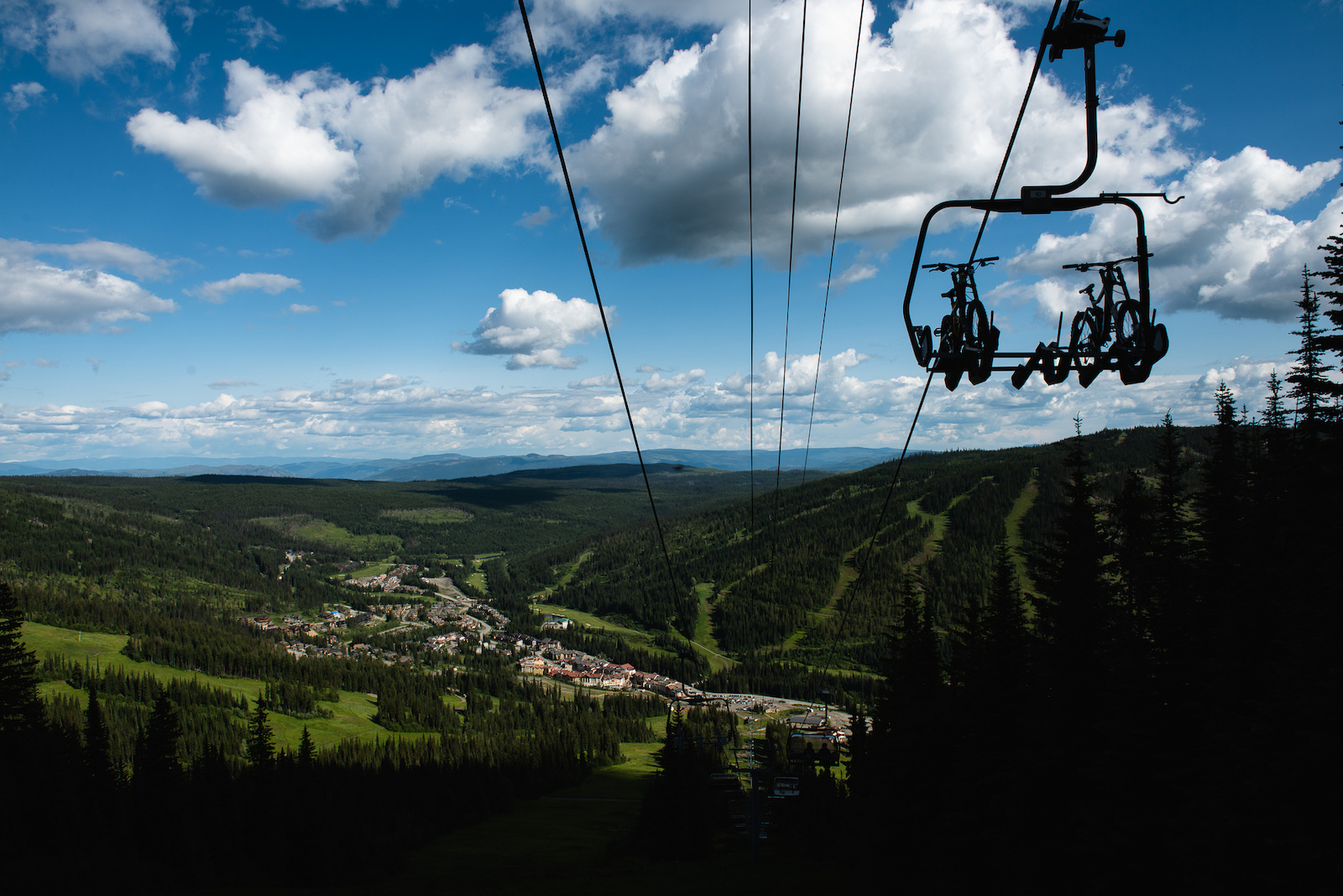 The
PINKBIKE PRIMER
to
CRANKWORX SUMMER SERIES
Week 3 - Sun Peaks Resort
Words by Ed Spratt
Photo: Chris Pilling
The CLIF Crankworx Summer Series has brought some great racing moments so far and for the third and final week we roll into Sun Peaks Resort. With one more week of thrilling racing ahead, who will come away with the overall title?

Excited? Here's everything you need to know about the second week of the CLIF Crankworx Summer Series event. 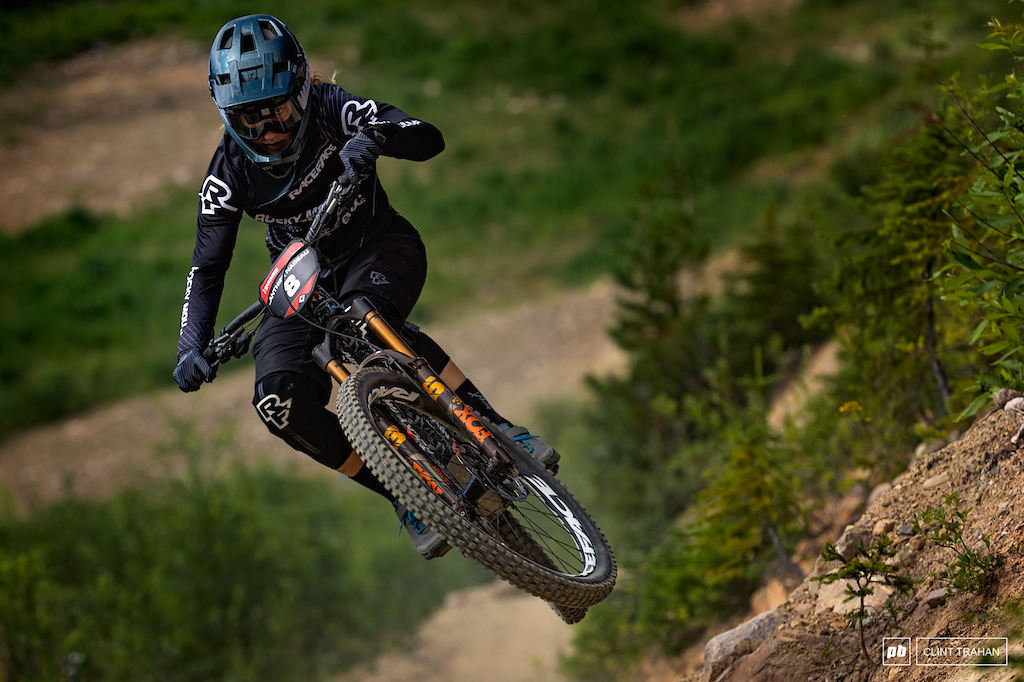 Week two of the Clif Crankworx Summer Series started similarly to week one with the Enduro event. In the women's racing, Andreane Lanthier Nadeau took her first win of the series with a minuscule gap of only 0.03 seconds back to Miranda Miller after over 21 minutes of racing. The men's race wasn't quite as close with Finn Iles once again proving his riding ability with a winning margin of nearly 30 seconds back to Kasper Wooley.

Next up, it was the turn of the Dual Slalom on another new course for the series. This event saw a few crashes from the likes of Finn Iles and Bas Van Steenbergen, but by the end of the day, it was the young Norco rider Lucas Cruz who came out on top, beating Mark Wallace in the final round. For the women, the current series leader Vaea Verbeeck took the top spot once again with Andreane Lanthier Nadeau just missing out on another win in second place. 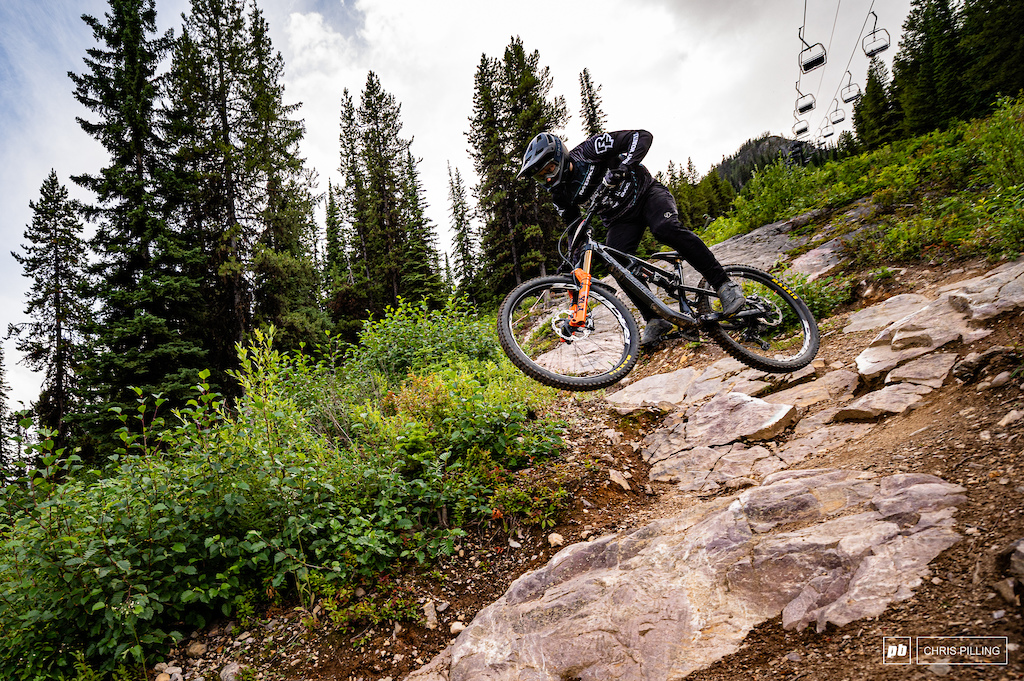 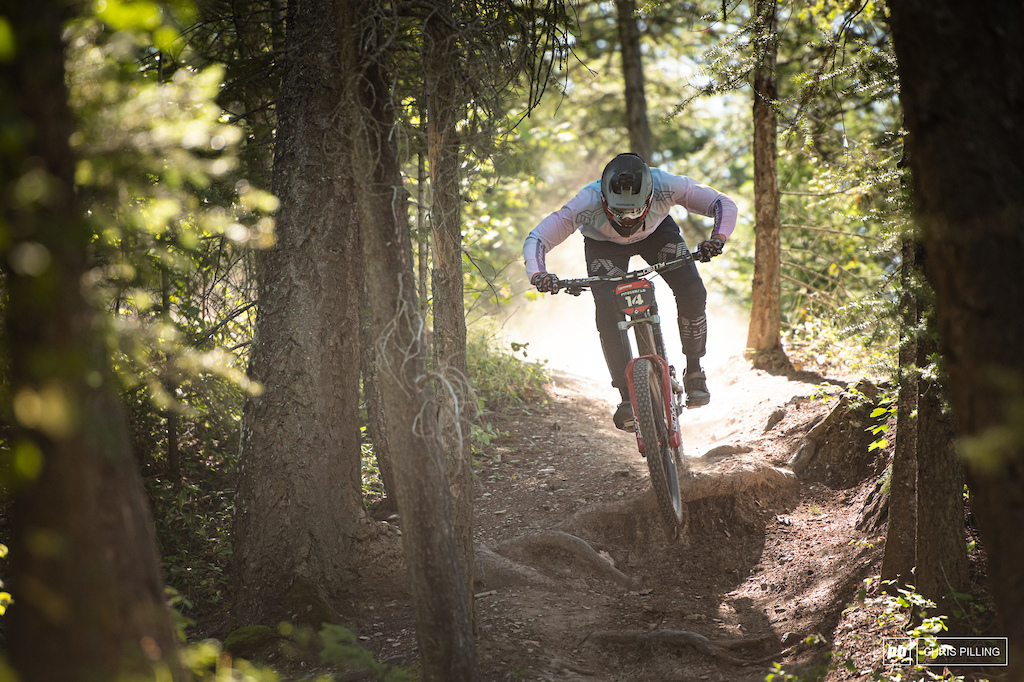 The second week of racing at the CLIF Crankworx Summer Series saw the return of a classic with the Psychosis DH. With over 1200 vertical metres. 7.3 kilometres of steep, rough and rocky singletrack, Psychosis was resurrected after a 12-year hiatus for a challenging downhill race. Andreane Lanthier Nadeau aimed for consistency with her run which paid off greatly by the time she reached the end of the course with a four-second gap back to Georgia Astle and close to 20 seconds over Casey Brown. The men's race saw another new winner from the Norco team with Henry Fitzgerald pulling out nearly ten seconds on Finn Iles. After a strong start to the Crankworx Summer Series, Kasper Wooley had to pull out of the race for the overall after a crash in training for Psychosis

Rounding out the second week of racing was a more classic take on downhill with riders hitting the rock slabs and roots of Kicking Horse Bike Park. Casey Brown took her first win of the week ahead of Vaea Verbeeck and Miranda Miller. Jesse Melamed came out on top in the men's race with some unique lines as he made his way down the course less than a second ahead of a consistent Rhys Verner and Kirk McDowall. 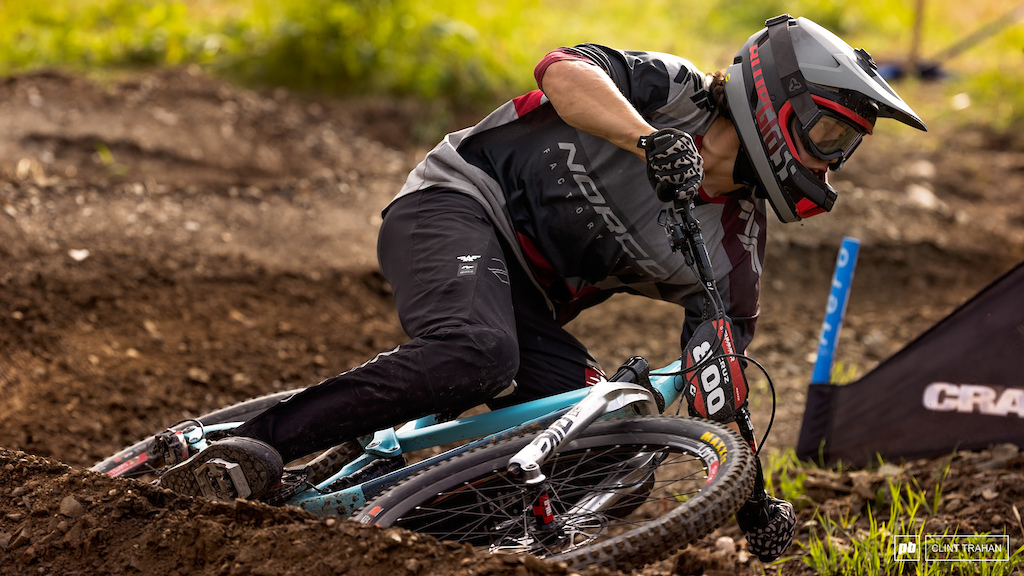 With 100 points for a win, the battle for the overall is far from over. 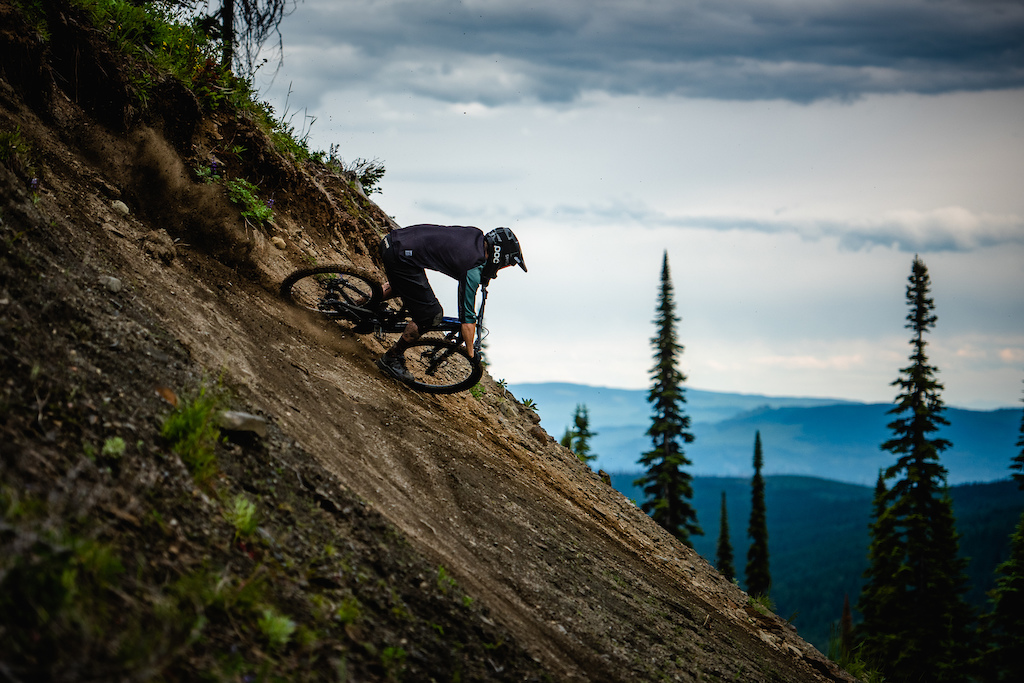 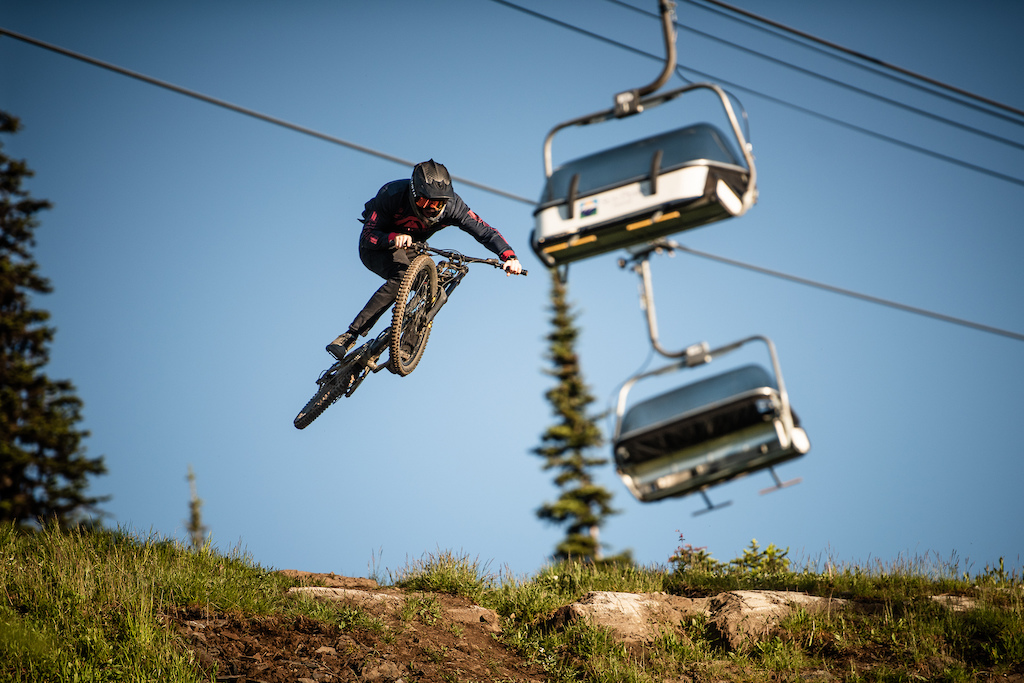 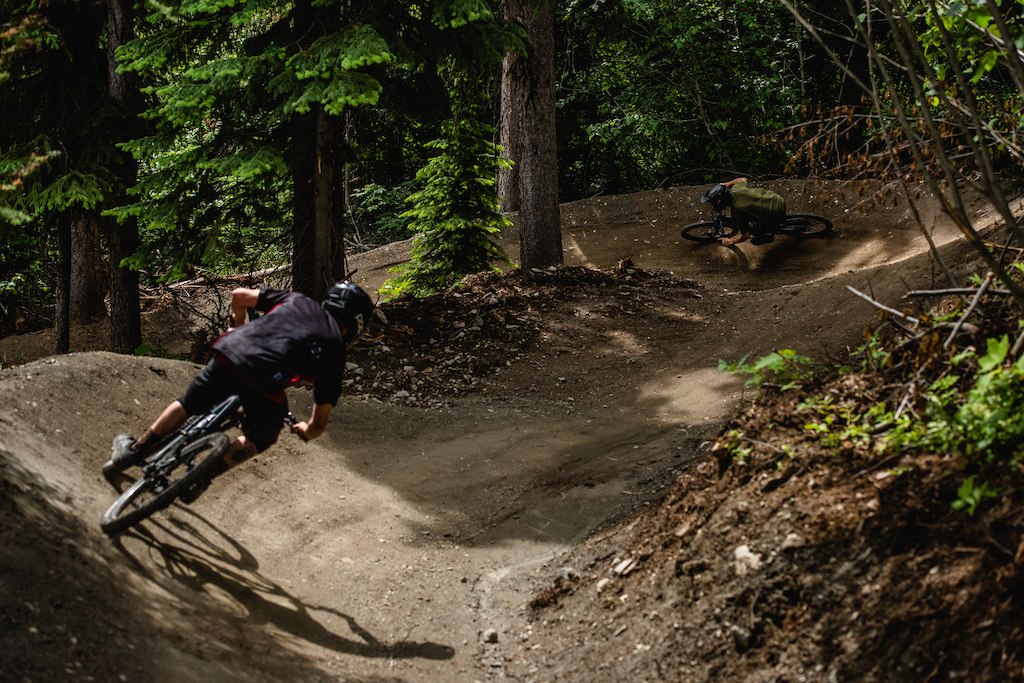 Photo: Chris Pilling
- Course previews from all events will be released throughout the week

- Before each live broadcast, there will be the Crankworx Connect pre-show featuring additional content from riders and brands.

- All broadcasts will be available to watch here on Pinkbike. 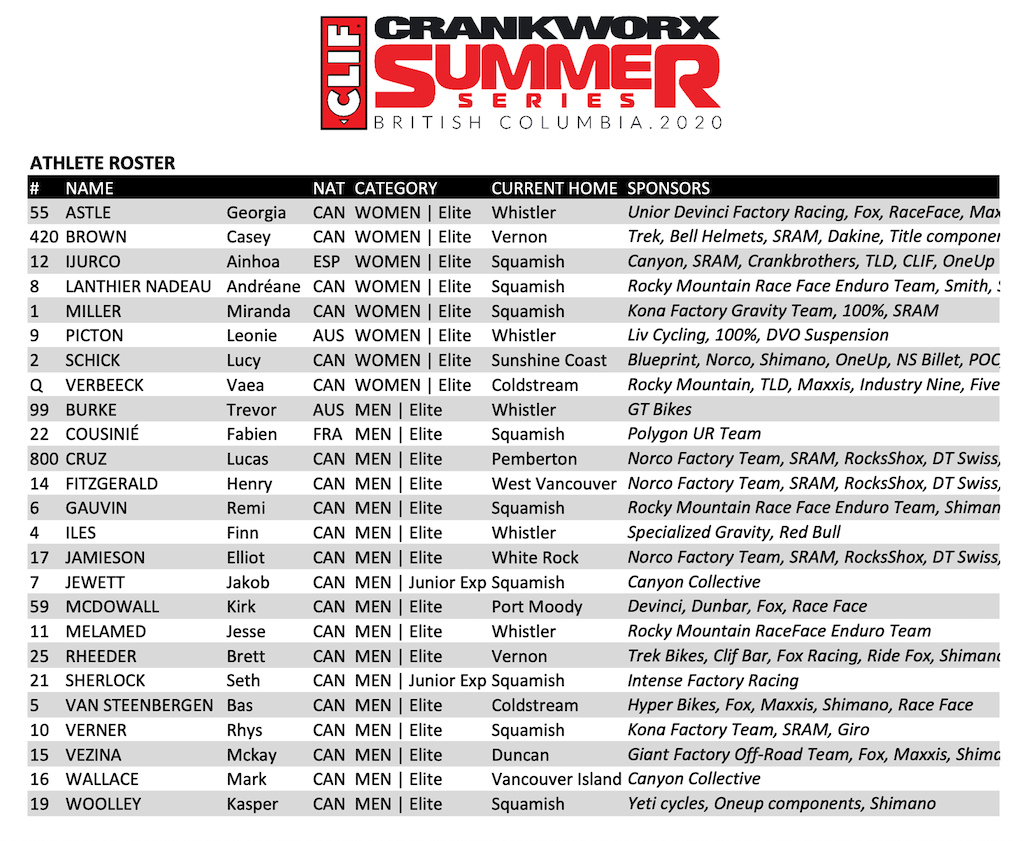 Weather
After a week of mixed weather for racing at Kicking Horse and a delay for the Dual Slalom, it looks like riders will once again be greeted to a mixture of conditions for week three as the threat of thunderstorms looms. 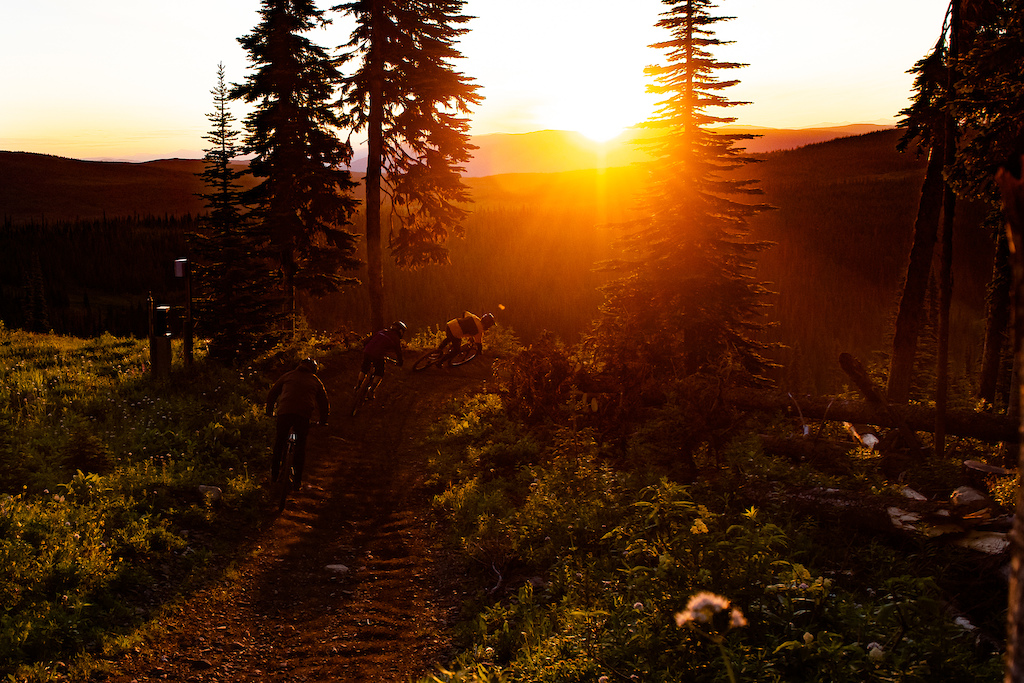 Thursday, August 13 - Maxxis Sun Peaks DH
Some sun with potential for a thundershower in the afternoon // 18°C


Weather forecast from Accuweather as of August 10.

To keep up with all the action from each Crankworx Summer Series round we will be providing our own coverage of the event alongside the live streams of each race so you can stay in the loop on what could be one of the few major races to happen this year. Stay tuned to Pinkbike throughout the week for every bit of action from the Summer Series.

The broadcast schedule will be published just before each Summer Series stop but this may change as the organiser want to ensure that no one turns up to each location to ensure the safety of everyone involved.

To ensure that everyone involved in the Crankworx Summer Series is kept safe the organisers have put together the following procedures.

mammal (Aug 11, 2020 at 7:43)
Just got back from a 4 day trip to Sun Peaks. Last time I was there was around 2006, and I was so impressed with all the work they've done there, but they even had some of the old classics that I remember from DH racing in my "glory days". Such a fun bike park!

mitchbike (Aug 11, 2020 at 11:20)
Love the fact that Sun Peaks has some pretty steep trails, hopefully one of the races goes down one of them!

swenzowski (Aug 11, 2020 at 17:05)
@BrotherCraig75: you serious dude? It's like the craziest old school DH track and they didn't even do a recap video?!? I'm watching the kickinghorse DH now and the commentators keep referencing the Psychosis DH and how sick it was like WTF lol
Below threshold threads are hidden

Pedal-Bin (Aug 11, 2020 at 5:15)
I really hope that they keep the results of some of the races secret again!
After-all with this being a race series you can only watch/follow on-line it really increases the excitement when the organizers make it impossible to do that.
I mean, seriously WTF??
Post a Comment