Pinkbike Primer: Everything You Need to Know Before XC Returns to Leogang 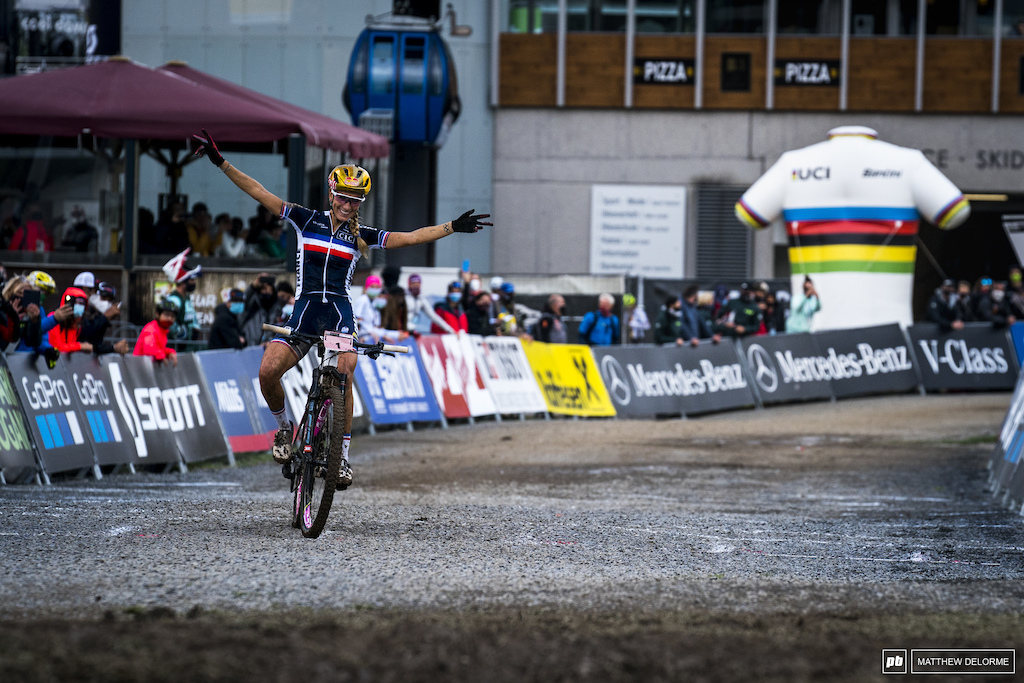 Pauline Ferrand-Prevot found success in Leogang last fall to continue her reign as World Champ.
After an eventful first two stops of the cross country World Cup season that saw some new podium contenders rise above the rest, we're back to the race tracks this weekend with a stop in Leogang, Austria.

So what can we expect to see this time around? Well, there will probably be some reshuffling of the top few riders with Tom Pidcock, Mathieu van der Poel, and Kate Courtney out of the race -- MVDP is road racing, while Pidcock and Courtney are injured. Like Nove Mesto, this course will favor all-around riders with strong technical skills, and we'll likely see just about everyone opting for full suspension bikes. As of right now, the weather looks fair, so if we're lucky, we'll have beautiful conditions for the final races Sunday. 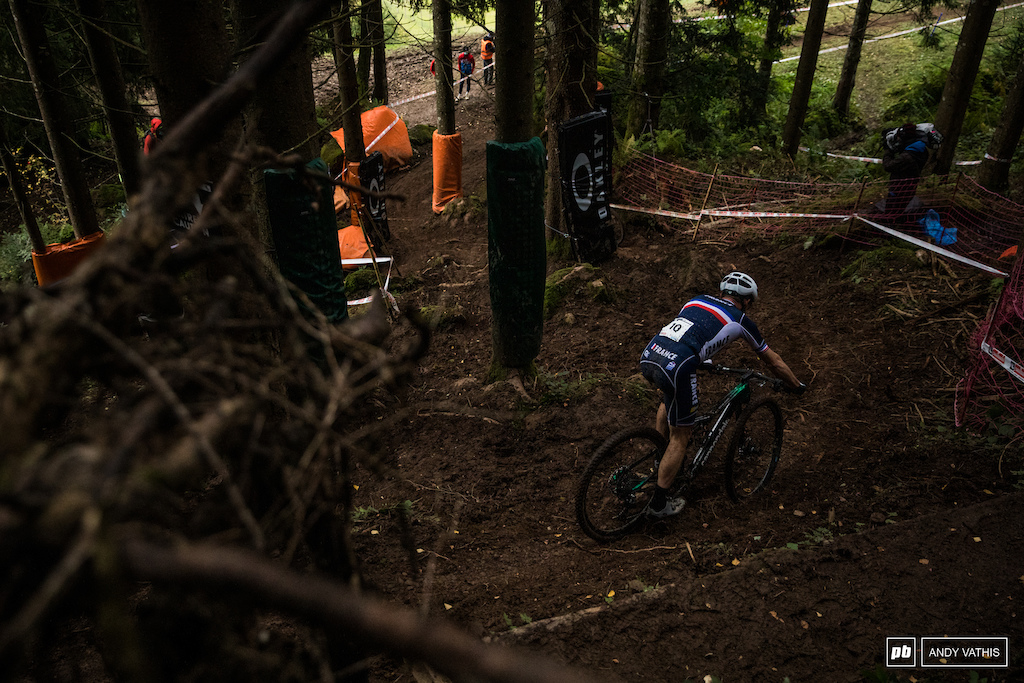 The course is quite technically demanding.
While a Leogang stop is standard issue for the World Cup downhill racers, the cross country riders returned to the Austrian venue in 2020 for the first time since 2012. They were presented with a well-designed course that offered a bit of everything: long climbs, fast sections, and some serious technical challenges. The sections have names like the Oakley Prizm Hell Climb, the Keep On Rollin' Section, and the Mercedes-Benz Riders Playground.

The course is 3.6km with 210m of climbing each lap according to the organizers' course info page. Brutal. 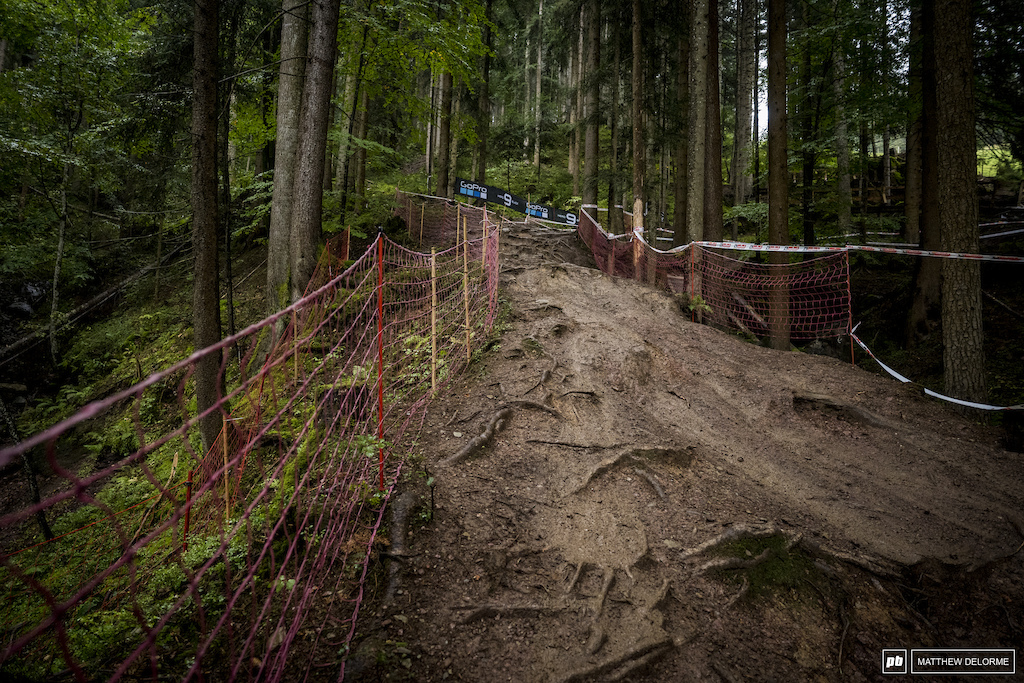 This course has so much going on. 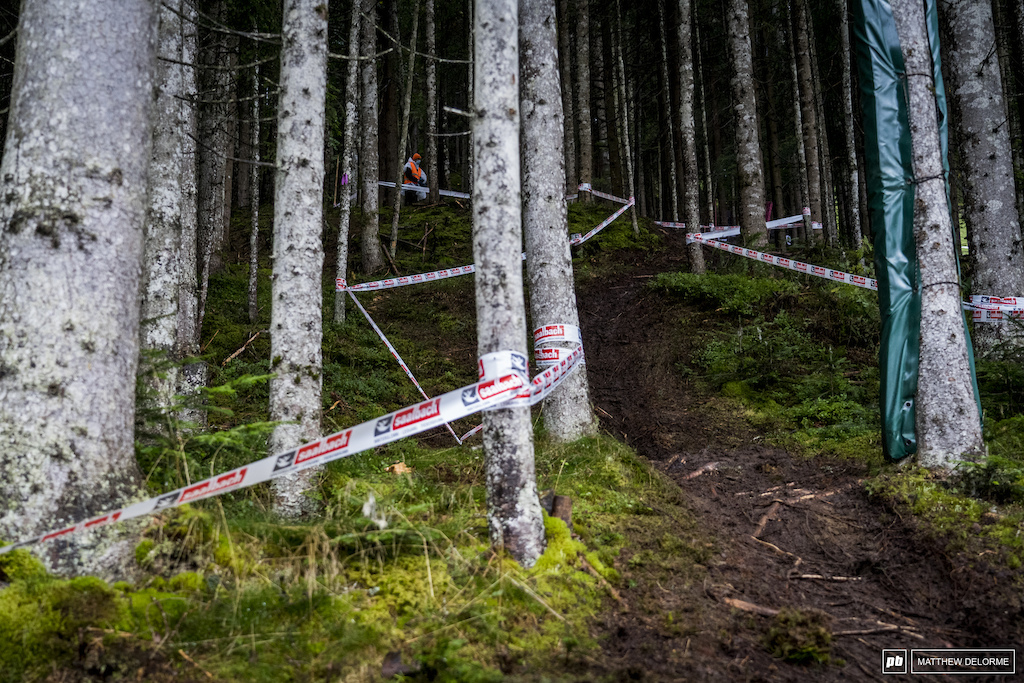 Leogang knocked it out of the park. 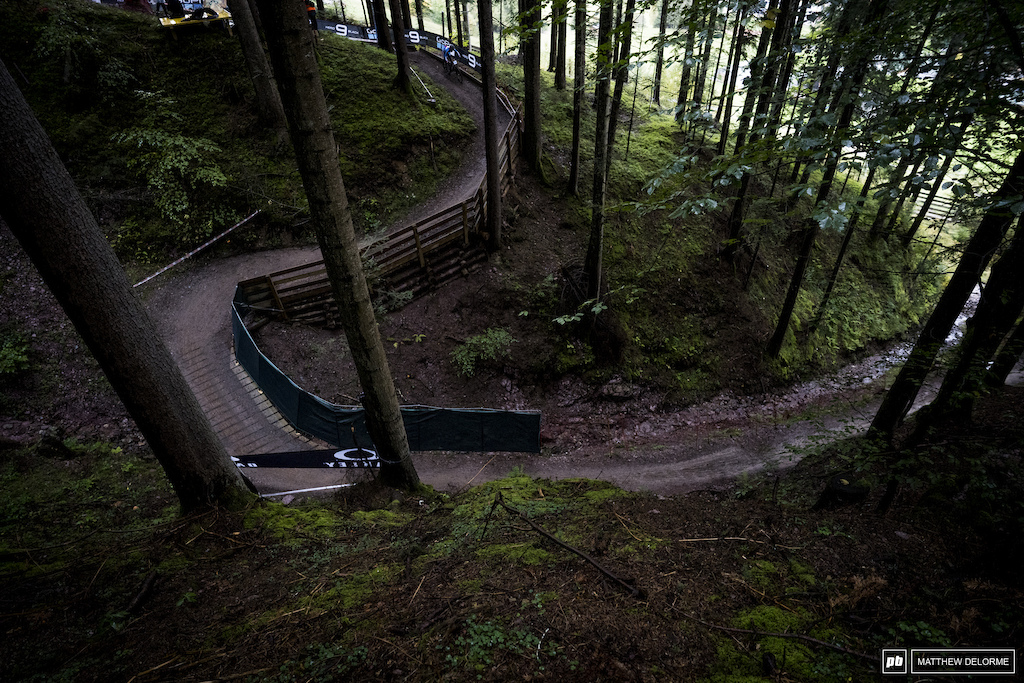 The techy spots are nicely balanced with smooth sections, too.

What Happened Last Round?

Nove Mesto was an eventful one. Pidcock and van der Poel battled for the first part of the race before Pidcock was able to pull away and finish with a commanding lead. Lecomte dominated the women's field, showing that she's the woman to beat this season. In the U23s, Mona Mitterwallner and Carter Woods were just as dominant. The tough, wet course made for some very difficult racing, separating riders who could handle the conditions from those who struggled more. Those who could handle the chaos, however, surprised us with just how brightly they shone. 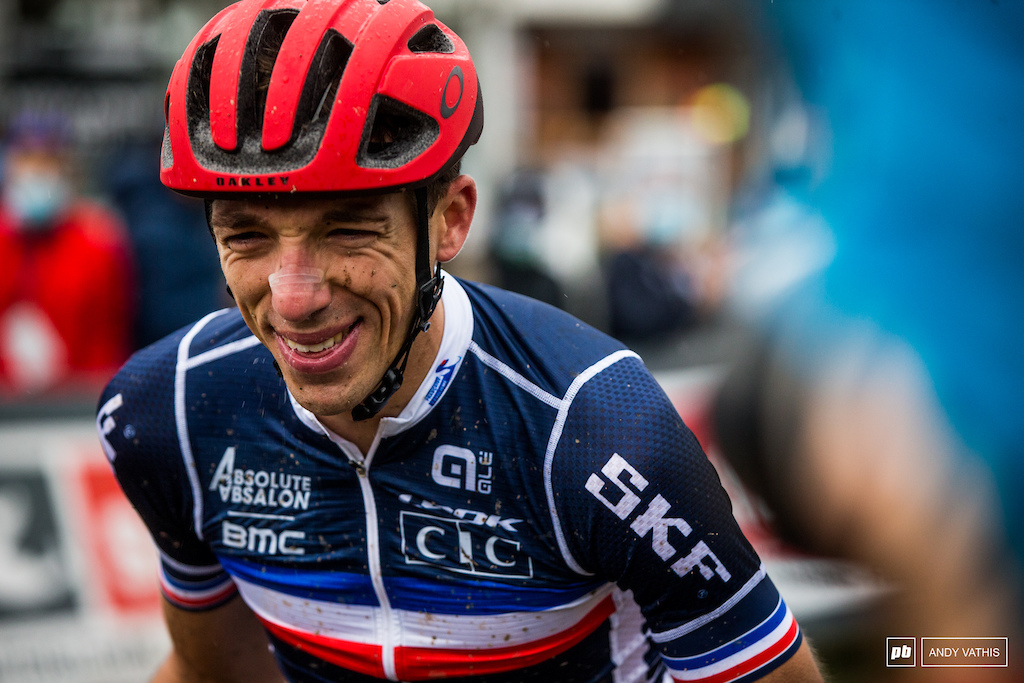 A very happy Jordan Sarrou after claiming the rainbow jersey. 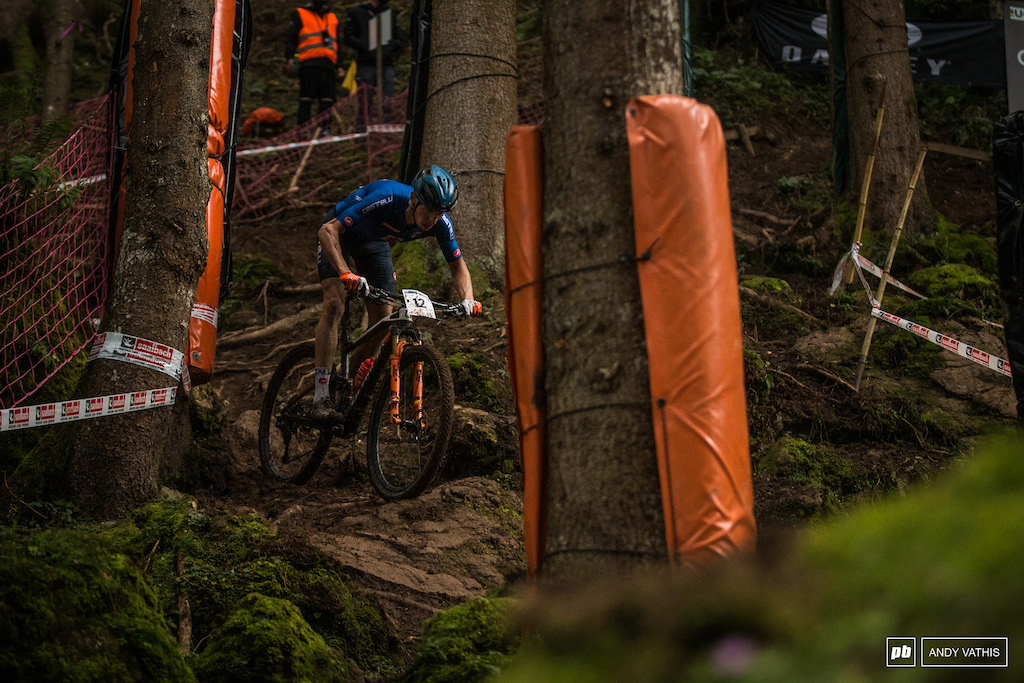 Weather forecast
The weather looks much nicer this year than last year's torrential rain, but some thunderstorms could still leave the track pretty muddy. At least it looks like the finals races on Sunday will have pleasant weather. 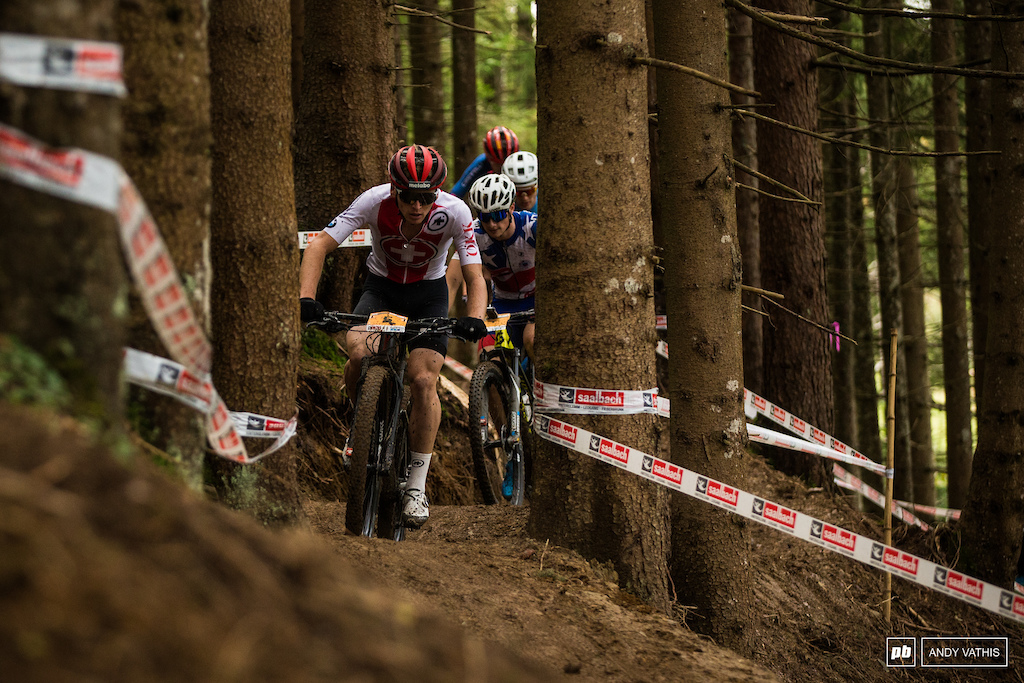 Saturday, June 12 - Training
Periods of clouds and sunshine with a couple of showers and a thunderstorm // 21°C // 60% precipitation // wind 6km/h

Weather forecast as of Tuesday, June 8 from Accuweather. 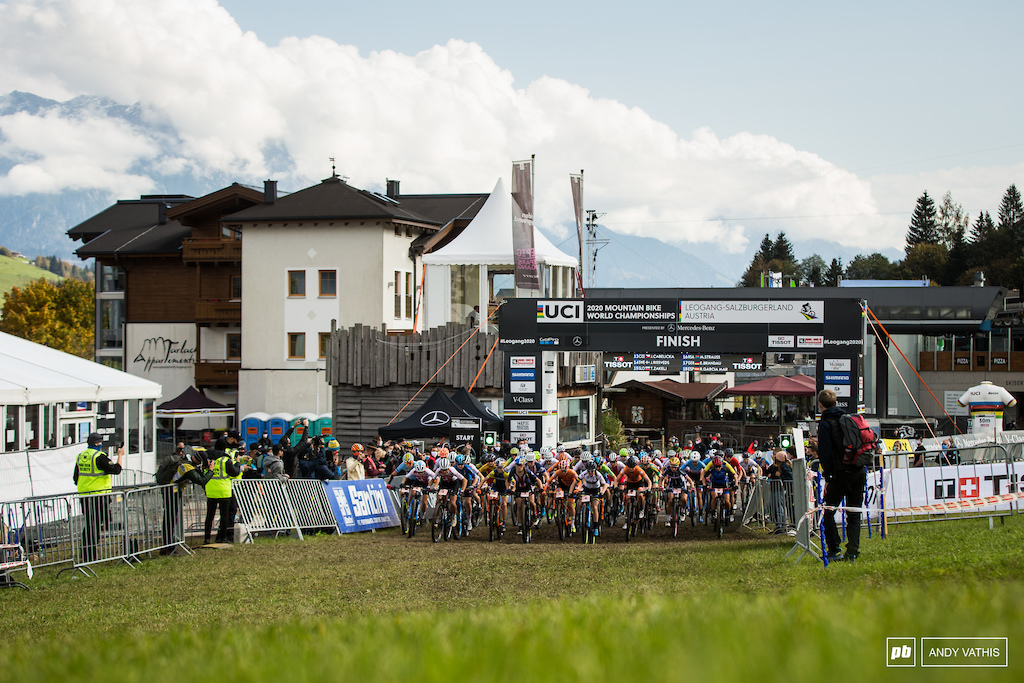 Note: All times are local (CEST) and subject to change by the UCI/event organizer. 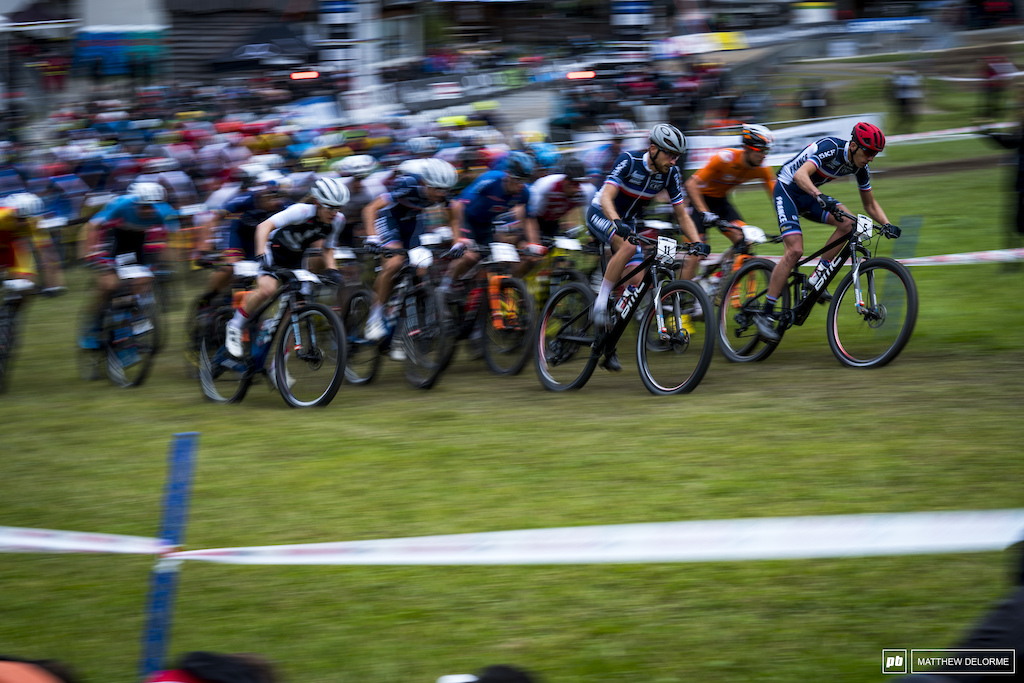 Tune in to Pinkbike to catch all the Nove Mesto coverage throughout the week. 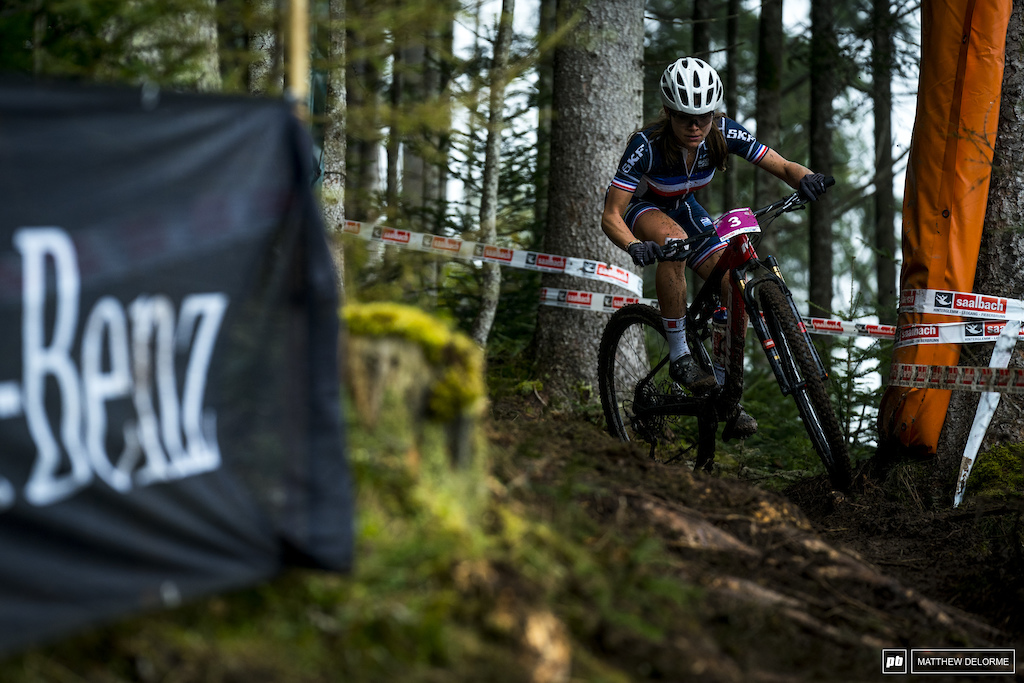 Loana Lecomte is so strong right now that it would be dumb to bet against her.
Mathias Flueckiger has been in touch with the winning times so far this year, finishing 15 seconds behind second-placed van der Poel in Nove Mesto and 21 seconds behind second-placed Schurter in Albstadt, even after a dropper post issue forced him to drop behind the lead group. Next up, Ondrej Cink has been in the lead group for the last two races, carried that through to two fourth-place finishes, and may have the momentum right now to move up to the silver spot. Rounding out the podium, Nino Schurter will definitely want to redeem himself after finishing outside of the top five, and he has performed well on very similar courses in the past.

In the women's field, Loana Lecomte has been on fire lately, so I'll have to pick her as the most likely winner. For the second and third place riders, I think Pauline Ferrand-Prevot and Haley Batten will have quite the season ahead of them as they both fight for podium spots. Batten has placed second and third so far this year, while Ferrand-Prevot has placed second and fourth, but her fourth took place even with a puncture and on the heels of her gnarly short track crash in Nove Mesto. I think she'll bring a bit of extra fire to Leogang, so I'm choosing her for second and putting Batten as third.

JosephDunbar (Jun 11, 2021 at 3:17)
Yea! I was wondering if that was a typo. 210 meters climbing in 3.6 km! There’s a down hill race and now there’s a “Uphill” race”. If I were racing I’d prefer a very long climb as apposed to many short punchy lung busters with no time to recover on the down hills. Let’s see if Avancini can stay in the top five and if Ninos new Scott (if he’s riding it) is as good as it looks.

magnusc (Jun 11, 2021 at 12:38)
@Arepiscopo: Disagree. Steep long climb courses are usually really boring to watch because the field gets blown apart and it is quickly obvious who will win. I wish XCO racing would go away from courses like Albstadt and Leogang and rather have more courses with shorter climbs or at least climbs not that steep.

bcoleman3 (Jun 11, 2021 at 3:42)
@alicialeggett You've got the wrong redbull.tv link, the one you used is for Nove Mesto. Here's the Leogang one: www.redbull.com/us-en/events/uci-mountain-bike-world-cup-austria