Join Pinkbike  Login
In a year that has seen us post nearly 5,000 stories from the world of mountain biking, some of them grabbed your attention more than others. Based on page views, here are the ten top stories from the news feed this year: 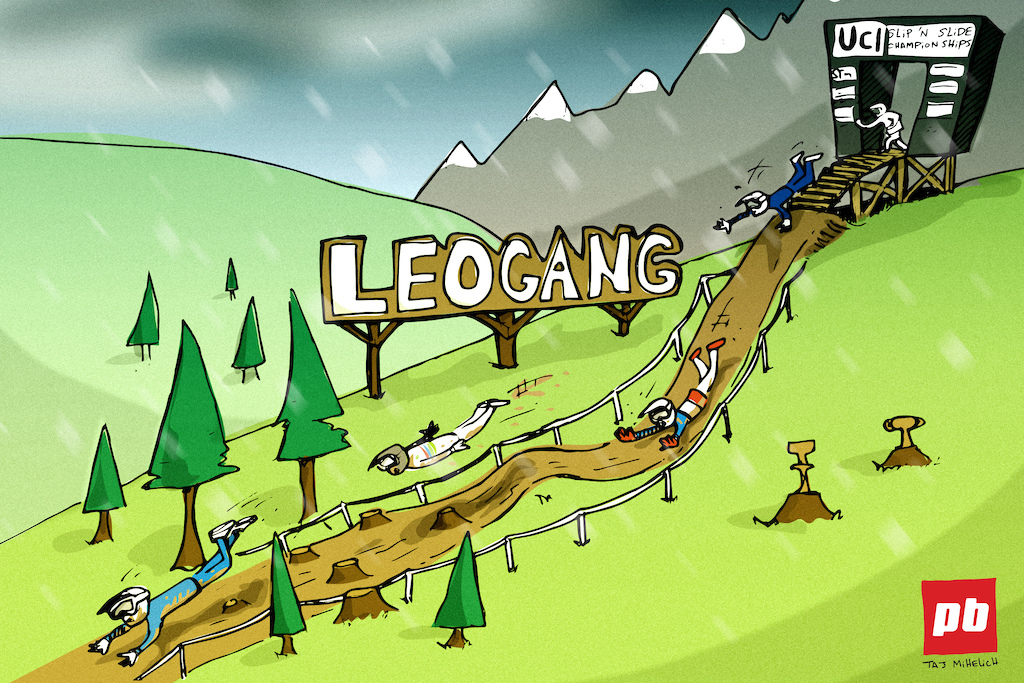 On October 11, downhill racing finally returned. It was unusual to start the season off with the World Championships but what a race it turned out to be. After more than a year without elite-level racing, racers were forced to deal with thick mud, freezing cold and even snow. In a year when we were probably lucky to have any racing at all, every race felt like a huge occasion and the World Champs was the biggest of all. 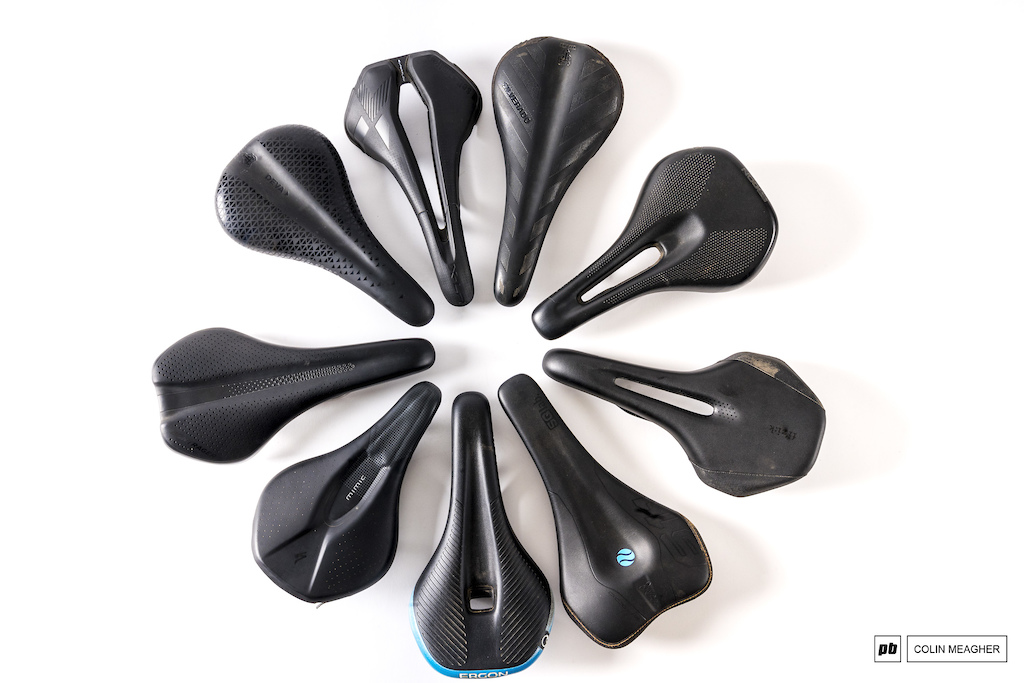 The COVID-related bike boom has been fully dissected from every angle this year and one thing is clear - there were lots and lots of bikes sold in 2020. The first upgrade a lot of riders will look for on their new bike is a saddle so it's no surprise to see our Ridden and Rated guide do so well this year. Nikki Rohan, Pierce Martin and Jameson Florence tested 10 of the most popular models and picked out their favourites. 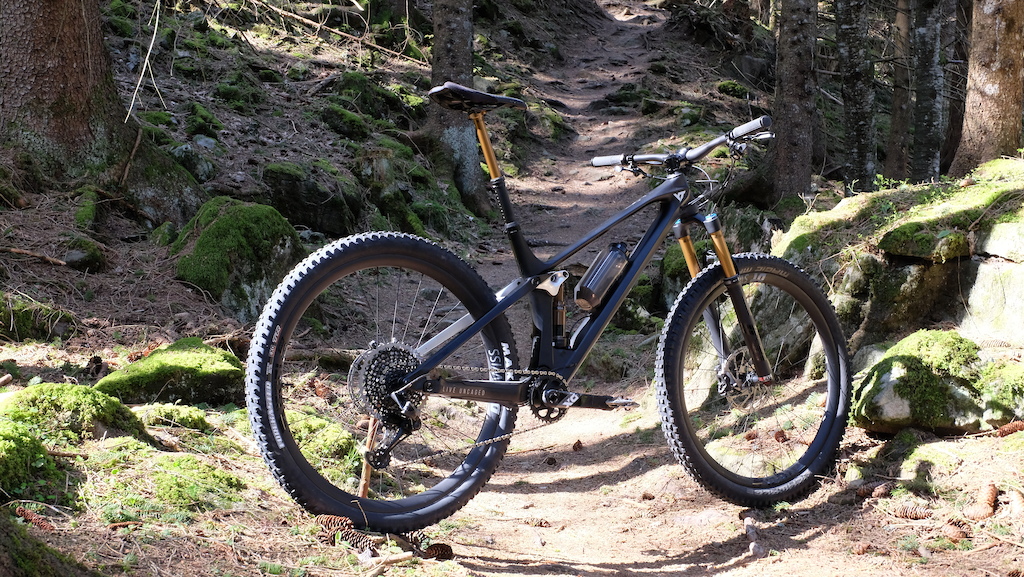 YT is a brand that forged its reputation in the gravity side of the sport with models focussed on downhill, enduro and dirt jumping, so when it announced a new downcountry bike it was guaranteed to turn heads. With its katana-inspired straight lines, a grip-shift lockout and an leftfield anime-style edit, YT nailed the launch of this bike and it showed in the interest it drew.


4. Ultimate Nerd Quiz: Can You Guess these 2020 Bikes From Their Silhouettes? 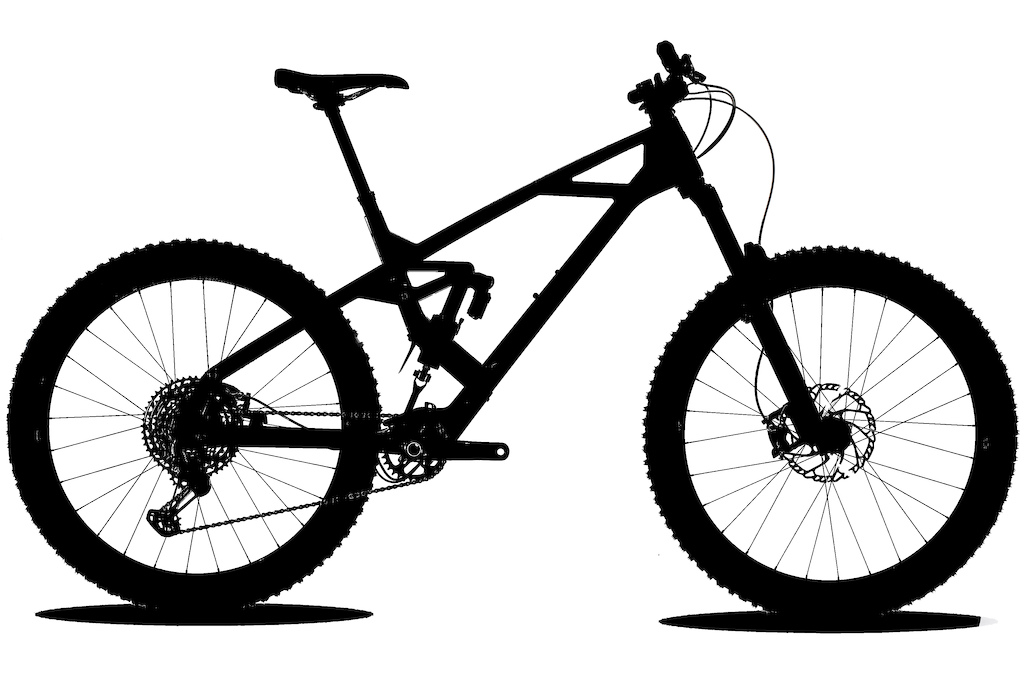 Our annual bike silhouettes quiz made its second consecutive appearance in our top stories of the year article this year. This time we focused purely on bikes released this year and picking them apart clearly kept a lot of you busy on a lockdown weekend.


5. Spotted: Is This a New Specialized Status? 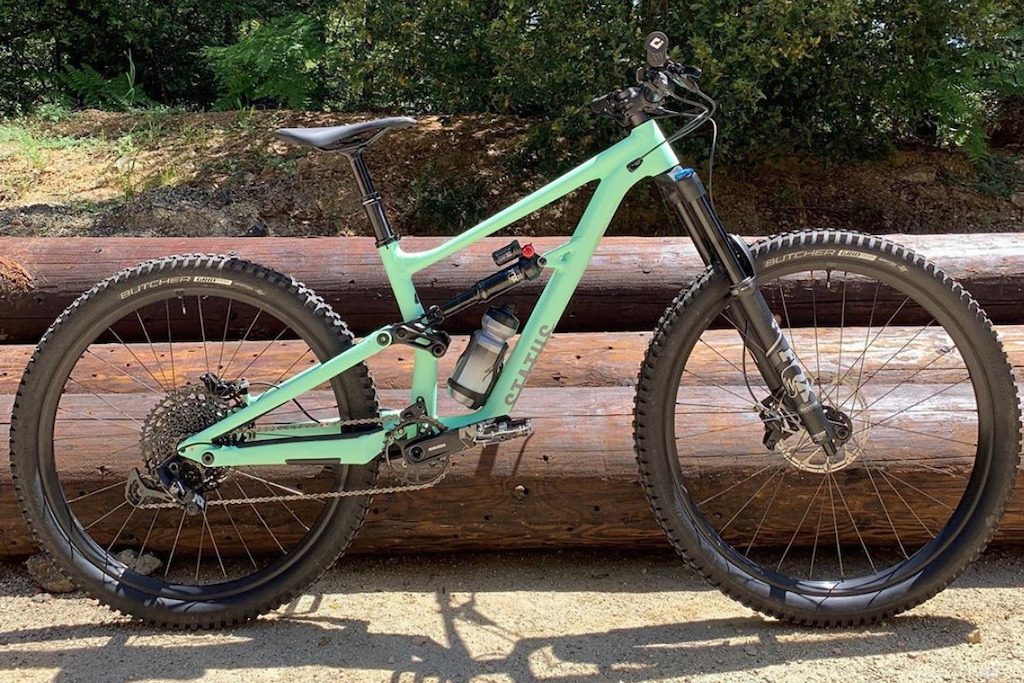 Specialized may have launched new versions of the Stumpjumper, Epic and Levo SL this year but the bike that grabbed the most attention this year was the Status. Designed as a budget alternative to Specialized's trail and enduro bikes, the Status was not launched in a normal way. Instead of a mass release, press camps and a shiny edit, instead it was teased for months on social media by select influencers then quietly rolled out directly into shops with no online sales. It was an unorthodox approach but it seems to have worked as our articles about it have been some of the most popular on the site all year.


6. A Complete Timeline of Coronavirus' Effects on Mountain Biking 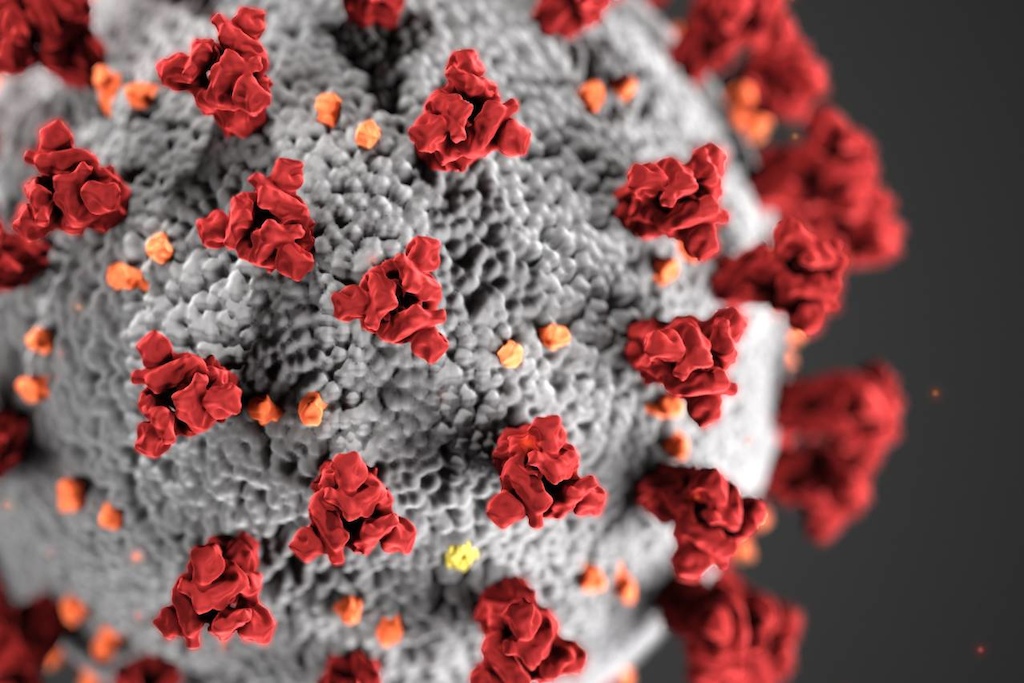 The mountain bike world was thrown into turmoil in the first half of the year as brands, event organizers and even us here at Pinkbike scrambled to adapt to a rapidly changing world. Cancellations and updates were coming in daily and to try and keep track of it all we set up this timeline of everything that happened.


7. Video: We Actually Tested Our Bike From The Future - The Grim Donut Part 2


It had to be on here, right? After a six-month wait and an April Fools tease, we dropped the highlight of our year - the riding video of the Grim Donut. It exceeded our expectations and opened our eyes to the potential of race-specific bikes. Not bad for a frame sketched out on the back of a napkin. 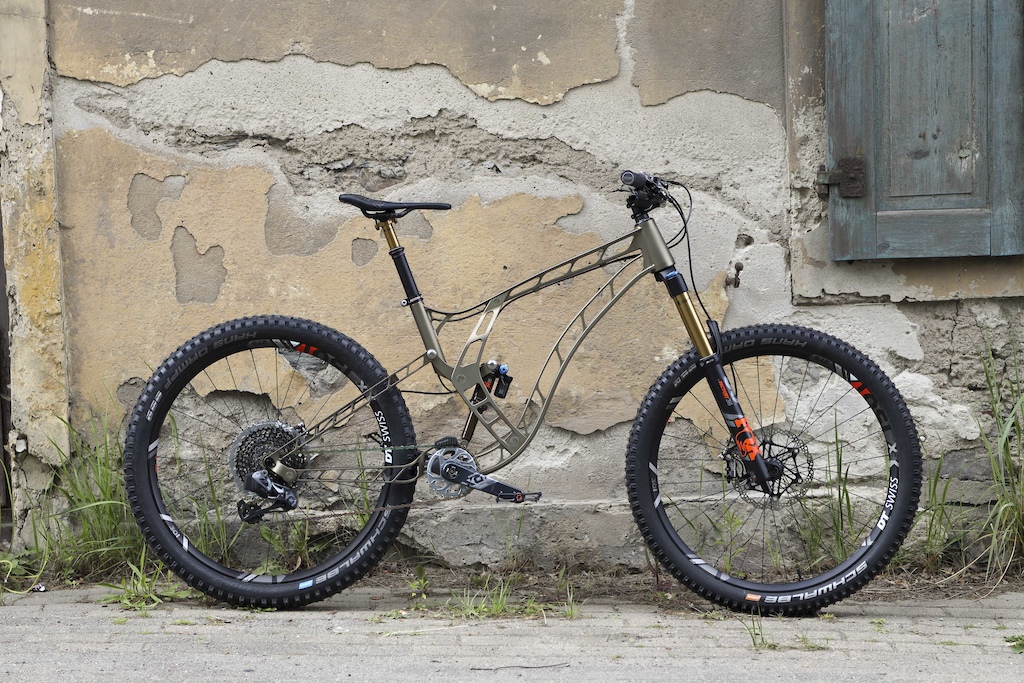 A fully milled bike is nothing new but they're never not going to be eye-catching. The Frace F160 was a perfect example of that and its hollowed-out frame looks absolutely wild. Word is there's an e-mtb version coming next year so keep an eye out for that.


9. Video: We Went to Taiwan & Made a Bike from the Future - The Grim Donut


The Grim Donut was one of the most ambitious projects we've ever undertaken and it all started in the spring of 2019 with a trip to the Taipei Cycle Show. Watch how we went from that show to a finished product in this video from the start of the year. 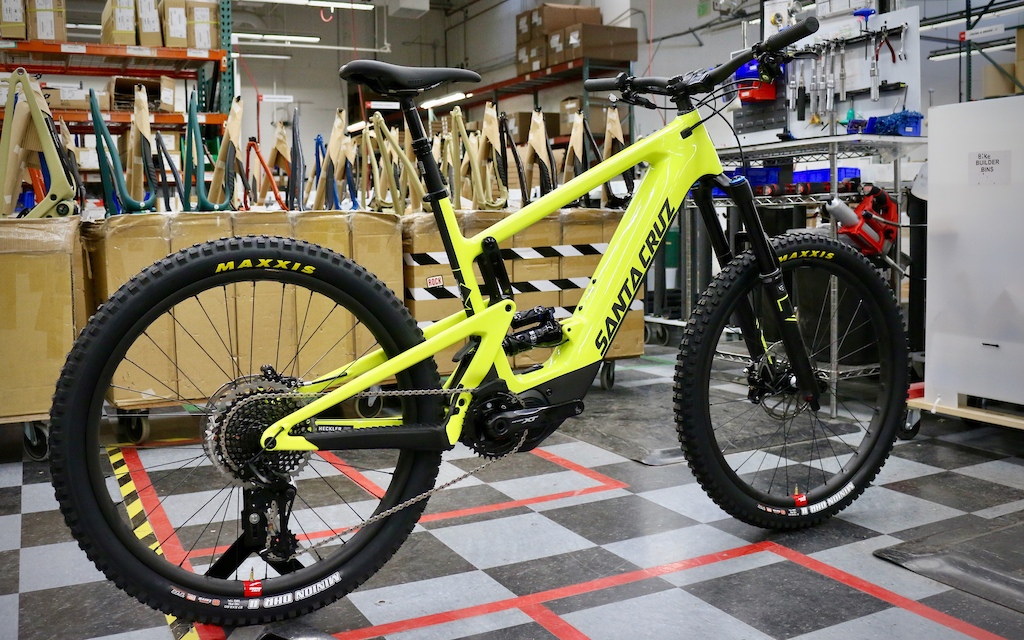 Santa Cruz was one of the last big mountain bike brands to keep its line up free of batteries and motors but it finally changed that at the start of the year with the resurrected Heckler. It was a 150mm-travel all-mountain machine rolling on 27.5" wheels and based on the recently released Bronson. The bike has already been updated to run with Shimano's EP8 motor and now also has a longer travel stable-mate in the Bullit.

wvanlogg (Jan 1, 2021 at 7:22)
Rigged, demand a recount. Us PB users were not able to watch the counting closely enough!

JustAnotherRiderHere (Jan 1, 2021 at 10:46)
@wvanlogg: I voted for the coal powered eBike about 400 times after the watchers left....as for that video of me doing it? FAKE...that is simply untrue facts.

DylanH93 (Jan 1, 2021 at 12:39)
Going to have to fact check everyone here. You're not allowed to discuss such things. Can't have people asking questions, that's called hate speech.

NorCalNomad (Jan 1, 2021 at 16:00)
I heard the UCI is bribing @mikelevy with Tim Hortons to suppress the true numbers behind the Donut.

garrisond5 (Jan 2, 2021 at 17:11)
Clearly this is the work of the deepbike cabal. Suppressing the truth about the superiority of the donut!

And, where are the top 10 comments of the year?

vinay (Jan 1, 2021 at 8:37)
Now I'm really disappointed in us audience as what makes it in the top 10. Saddle review, e-bike first look and a geek quiz. That said, that may not be exciting but at least somewhat bike related (yet more bike than actual riding unfortunately). I would have hoped it were about Brendan riding rooftops etc. My perception though is that half the comment section was either discussing US politics/elections or covid (or a combination thereof).

Next year should be about riding exclusively. So much riding that people forget to pay attention to the gear.

noplacelikeloam (Jan 1, 2021 at 0:19)
I would suggest there is a correlation between Santa Cruz fans and ebike enthusiasts, hence the articles popularity. Or maybe justification of such respected brands showing up with an ebike. Not a bad judgement but interesting.

wibblywobbly (Jan 1, 2021 at 7:06) (Below Threshold)
The average Santa Cruz rider has a lot of money and isn’t particularly good at riding. They like the idea of riding and having a fancy bike more then actually pedaling. It’s only natural they went electric. Looks at how many of the hard core “keep mountain biking pure” crowd traded their Bronsons for Hecklers and Bullits now that the stigma is fading away.

johannensc (Jan 1, 2021 at 10:28)
@wibblywobbly: atleast in my area the Santa Cruz customers aren’t really the problem. It’s the Ibis guys that really suck

wibblywobbly (Jan 2, 2021 at 5:18)
@johannensc: Ibis guy’s are the type to have read 2682 articles about how great the bike is on the internet and will randomly start quoting them to you when you are just trying to be friendly. A not small percentage will sell them for high pivot idler pulley bikes because they read online that those are the best thing now.

Funny i had all but forgotten this bike even existed (and i ride a YT myself), also i have yet to see one out on the trails.

CantClimb (Jan 1, 2021 at 3:53)
How many articles are actually read? I click alot but read little, except for the comments of course.

erikkellison (Jan 1, 2021 at 10:32)
A lot. Not all of us watch videos as a way of consuming content, for many reasons. These writers work hard to be succinct and informative.

liv2mountainbike2 (Jan 1, 2021 at 11:02)
@erikkellison: I still have a subscription to MTB Action cause it's still nice to have some paper print material while on the crapper.. ok, too much information, but point being that I find the Pinkbike articles so much better than anything I read in MBA. If anything, I find MBA contradicting themselves more times than I can count. I have been going thru and reading some much older MBA editions lately (2015, 2010, 2008, etc.), and I can not believe the how they change their viewpoint/stance on the same thing from time to time! Sure, PB isn't always perfect in that regards either, but I really have to search to find it. One prime example: Changing standards. MBA don't freaking tell me that I asked for super boost over my 142 rear spacing!! My gearing and shifting was just fine and I love my custom built wheelset which I now can not switch to a newer frame!! "But, the customers asked for these standard changes, not the bike industry!" Right.......

EnduroriderPL (Jan 1, 2021 at 6:05)
I expected that story nr 1 would and should be deleting Waki Designs for PB for good.

EnduroriderPL (Jan 1, 2021 at 9:40)
@nhlevi: Nope. They deleted quietly and surpringsly quick him at the time of Black life matters.

EnduroriderPL (Jan 1, 2021 at 10:09)
Yes. He was saying really bad shit all the time so eventually after YEARS AND YEARS of pissng everybody they finally they whacked him. Let's pray the holy spirit of MTB for that.

nhlevi (Jan 1, 2021 at 10:19)
@mybaben: for all I saw of his comment spamming, I wouldn't be surprised if he'd cranked out some self-righteous racist crap around that time

liv2mountainbike2 (Jan 1, 2021 at 10:53)
There was an interesting article about Waki posted here: 2flat.net/2017/01/07/meet-the-trolls-a-partially-enthographic-and-wholly-conjectural-investigation-into-a-mountain-bikings-newest-terrain-and-the-real-riders-that-virtually-ride-there

liv2mountainbike2 (Jan 1, 2021 at 12:21)
@barp: Yeah, and clearly stated he liked stirring sh!t just for his entertainment. I get it, but it did get tiresome. I conversed back and forth with him over the years and never found him too offensive (directly to me), so I guess everyone had a different experience.

DylanH93 (Jan 1, 2021 at 12:46)
@EnduroriderPL: was he ever even a troll? I thought he was just known for posting on literally everything, like you could always expect to see him.

nhlevi (Jan 1, 2021 at 12:52)
@DylanH93: yeah he was always there, with the most impossibly annoying opinion ever. I can't recall a time his comments weren't below threshold

DylanH93 (Jan 1, 2021 at 13:06)
@nhlevi: ahh gotcha. I only really started reading PB articles a lot in the last year or so, before just watching their YouTube videos. I feel like I read more comments about waki than actually seeing him commenting in the first place. Sounds like his glory days were really more a few years ago. There is some value in disagreement though and it sounds like he enjoyed throwing out an opposing perspective which does get people to think a bit more about their opinions.