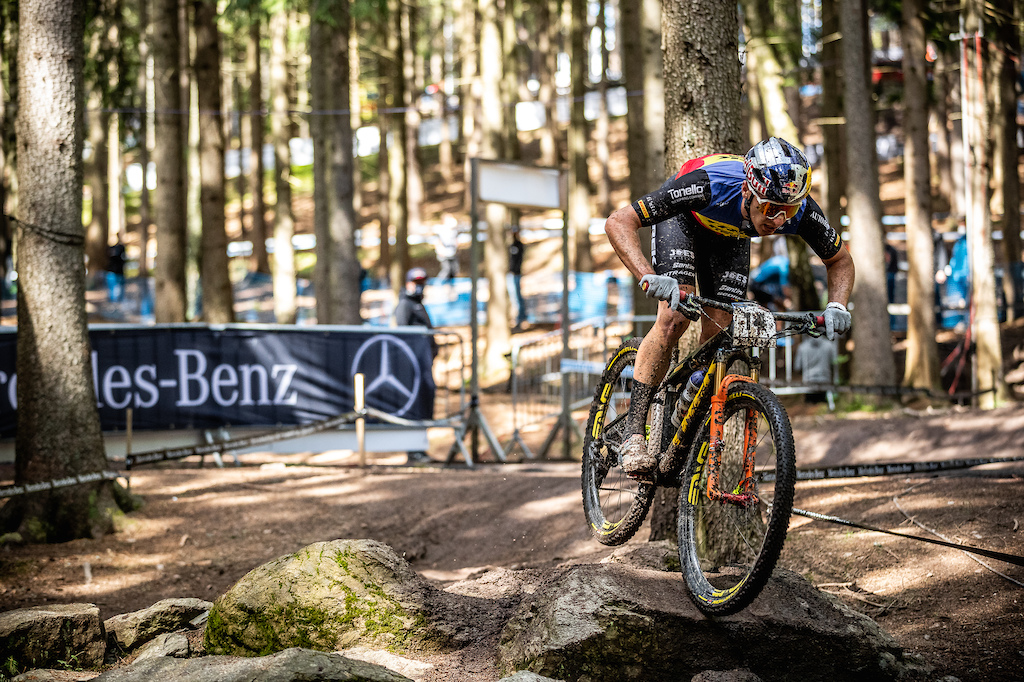 Vlad Dascalu, of Trek-Pirelli, racing the tire earlier this year.
After initially making their first mountain bike tires in 2019, Pirelli launches a revised version of their Scorpion XC RC tire. The shallow treaded and fast rolling tire is meant to suit a variety of race tracks, whether man-made or natural. It’s probably not a coincidence that this tire is launched just before the Olympic games in Tokyo. 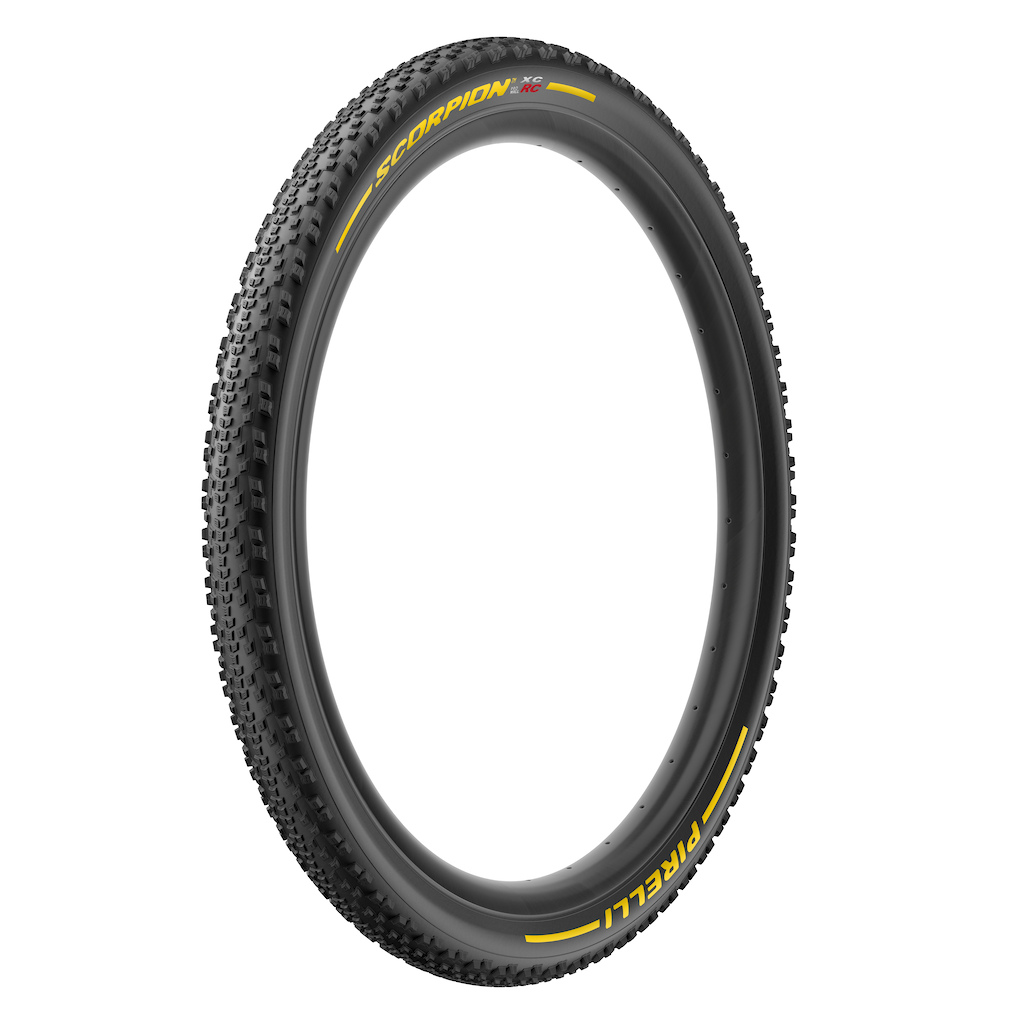 The tire weighs a very respectable 650g in a 2.4" LITE version. It is only available in 29".
The tire is meant to cater to the needs of the racer and the modern XC race course. The original Scorpion XC was solely available in 2.2” width whereas the new version is available in a wider 2.4”. The new size is offered in a LITE version, for those who look for maximum weight reduction, and inProWALL version for those who look for more protection on the sides and greater stability when cornering. The new Scorpion XC RC is available in the Team version, which is equipped with yellow logos. 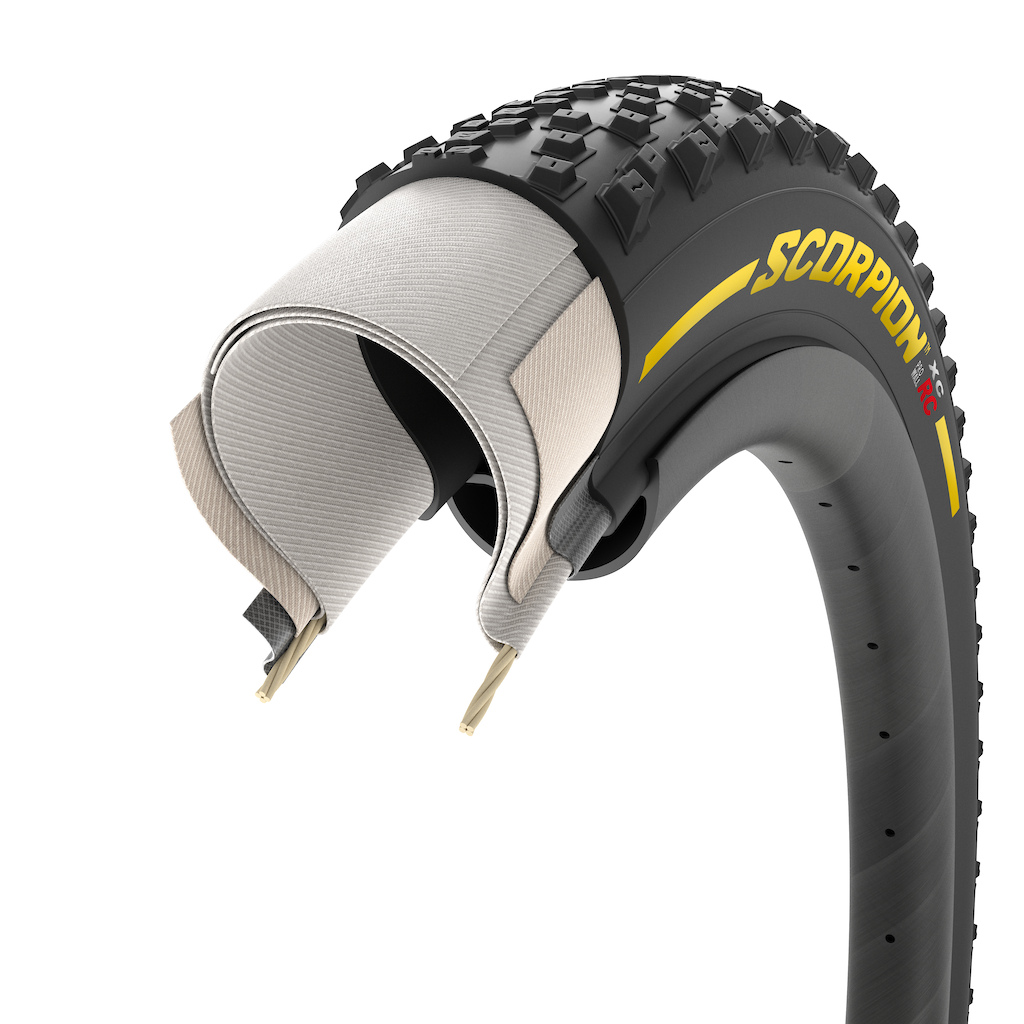 The ProWALL version has additional sidewall protection.
The new size is meant to complement the increasing width of XC rims, as well as the tendency for XCO courses to be increasingly technically demanding. The large volume tires are also there to aid riders on high speed descents, technical climbs as well as rougher terrain. The tire is built around a 30mm internal rim width. 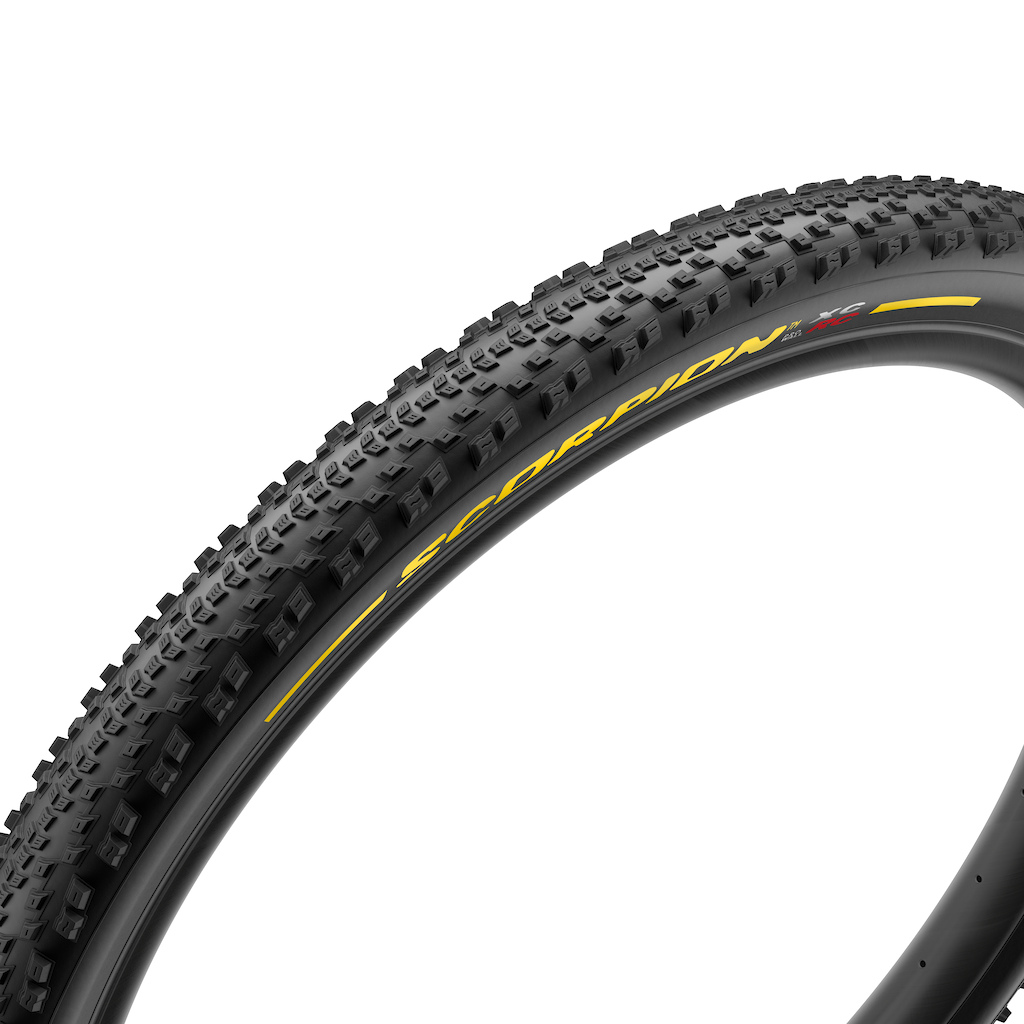 The tire features a fast-rolling centre tread and comparatively larger side knobs.
The 2.4” LITE model weighs a claimed 650g, with the ProWALL version weighing an additional 50g. This is 40g more for the same model in the 2.2” width. All tires are 120 TPI.

The tire was developed in conjunction with the Trek-Pirelli XC team, who have been riding this tire since the start of the 2021 season. The tire has already seen podium finishes on the World Cup circuit under Ondrej Cink and Vlad Dascalu.

R26 (Jun 28, 2021 at 19:06)
I'm surprised by the negative comments.
I have used Pirelli non-race XC tyres for ~2 years and find them very good. The knobs don't tear off (looking at you Schwalbe) and there is no hard rubber core underneath that means they're actually worn out when they only look 1/2 worn (looking at you Maxxis). And they grip extremely well on our local dirt. (However, since I bought my last one they've increased in price by 50% - so I might not purchase any more.)

Mattin (Jun 29, 2021 at 2:52)
While I haven't tried Pirellis on my bikes yet (I will once my current tyres need replacement), on my car both sets of Pirellis (summer and winter) noticeably outperformed my previous Michelins and Dunlops grip-wise. In corners it almost feels like it's on rails. And the couple of times I actually was able to make it slip a bit, it reacted super predictable and I still had full control.

For their P Zero road bike tyre I always read the same in the reviews: that the cornering grip is higher than with other big brands, creating a very safe feeling on the bike on mountain descents in tight corners.

LS3VER33 (Jun 29, 2021 at 4:45)
@Mattin: Not sure exactly which tires you were using, but that is the first time recently that I've heard someone praise Pirelli over Michelin. In my opinion the Michelin Pilot Super Sport's or the PS4's are a league above the P-zeros. Never been impressed with Dunlops though.

creativefletch (Jun 29, 2021 at 9:44)
I've been running the Pirelli XC RC 2.2 for about 1,500 miles on my XC bike and they are by far my favorite XC tire. I was previously running the Maxxis Aspen in the rear with an Ardent Race up front. The Pirelli's tick all the boxes: lightweight, fast rolling, good puncture resistance, and good grip/bite. I also made the switch on my Gravel bike from specialized tires to the Pirelli Cinturato Gravel H and with over 1,000 miles I'm stoked.

james182 (Jun 28, 2021 at 17:00)
I'm expecting final release range will consist of this tread in 3 compounds, a mud tread and something in between those offerings...and constant bitching by all team principals...riders I mean.

iamamodel (Jun 29, 2021 at 15:34)
I bought a 2.2 Scorpion Lite half a year ago when I couldn't get my beloved Ardent Races (EXO 3C). The Pirellis have the same grip but are better for puncture resistance in rock gardens. I just bought another one so now I have a set. Will go 2.4 ASAP.

ReformedRoadie (Jun 28, 2021 at 18:42)
I think these are made by Hutchinson. Any tires labeled "Made in France" are most likely made in their factory.

Mattin (Jun 29, 2021 at 2:58)
@Jaib06: I would disagree: I find wheel size to be more relevant for personal preference / riding style than for specific disciplines:
- If you care all about lap/strava/race times, 29" will be best in the majority of the situations from XC to DH and everything inbetween.
- If you don't care about lap/strava/race times, but you are all about slapping your bike into corners and berms, zigzagging your bike through techy sections, boosting off obstacles for some mid-trail air time, 27.5" (or 26") is your best friend. Irrelevant if it's on a 120mm trail bike or on a 200mm DH bike.

The choice of bike is rather relevant for the type of terrain you're riding. If you barely have any elevation and your trails are smooth hardpack dirt, you're well off with a gravelbike or XC hardtail. But if you live in high steep rocky mountains, anything between an all mountain bike and a DH bike will be most fun.

theoskar57 (Jun 28, 2021 at 15:49)
They still need to work on their compound, poor Vlad was slipping on dry conditions in the race, whereas the rest running Bontrager, Maxxis or Continental didn't slip there once, cool that more car tyre brands are hopping on but at least make an effort to make it decent.

MuddyFoxCourierComp (Jun 30, 2021 at 8:17)
You'll get penalised if you go below their recommended minimum pressures

bruvar (Jun 28, 2021 at 15:07)
Looks like an Aspen replica, you can even get it with yellow logos. I’m not moved to be the Guinea pig but it looks competitive and like a great option on paper if you can’t find the 2.4 Aspens.

lehott (Jun 28, 2021 at 18:01)
Cutting edge Formula 1 tires? Check. They make their F1 tires degrade at a certain rate for the viewership, but certainly their MTB tires are pretty good (a buddy of mine has been using the Scorpion for over a year and no issues) solid tires Imo