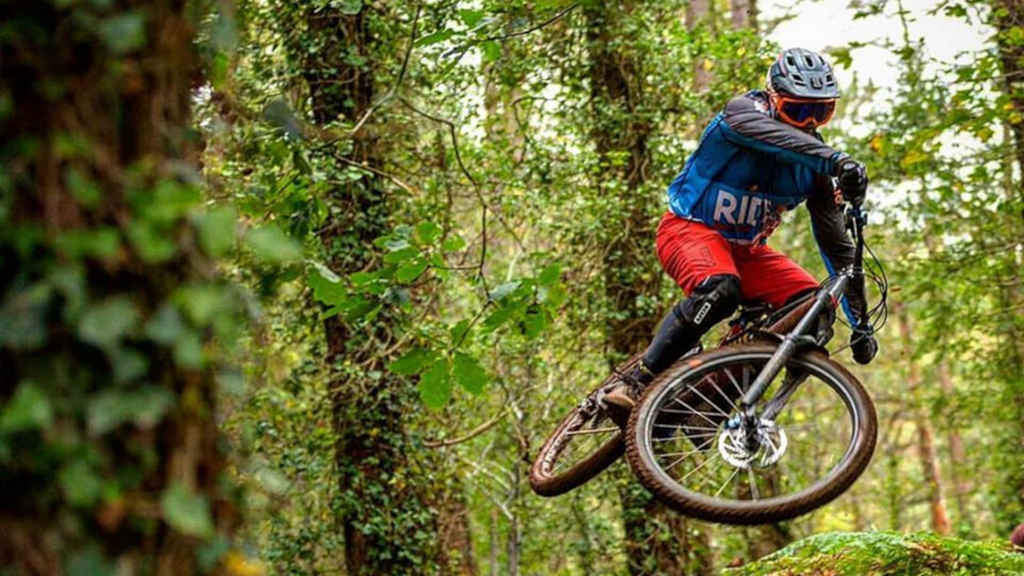 Emyr Davies is a professional downhill and enduro rider from Llanberis, Wales. Emyr has been racing the downhill World Cup circuit since 2008 and has certainly lived the privateer life to the max.

This episode of The HKT Podcast contains some crazy stories from Emyr's life both on, and off the bike. We discuss what it was like to have a prime time TV show made about his first season on the World Cup circuit, growing up in a rural part of Wales and the pressures that come with racing around the world. In 2016 Emyr suffered two consecutive concussions which resulted in some mental health problems, he has now since been on a journey to heal his brain and raise awareness about the dangers of riding after head trauma. 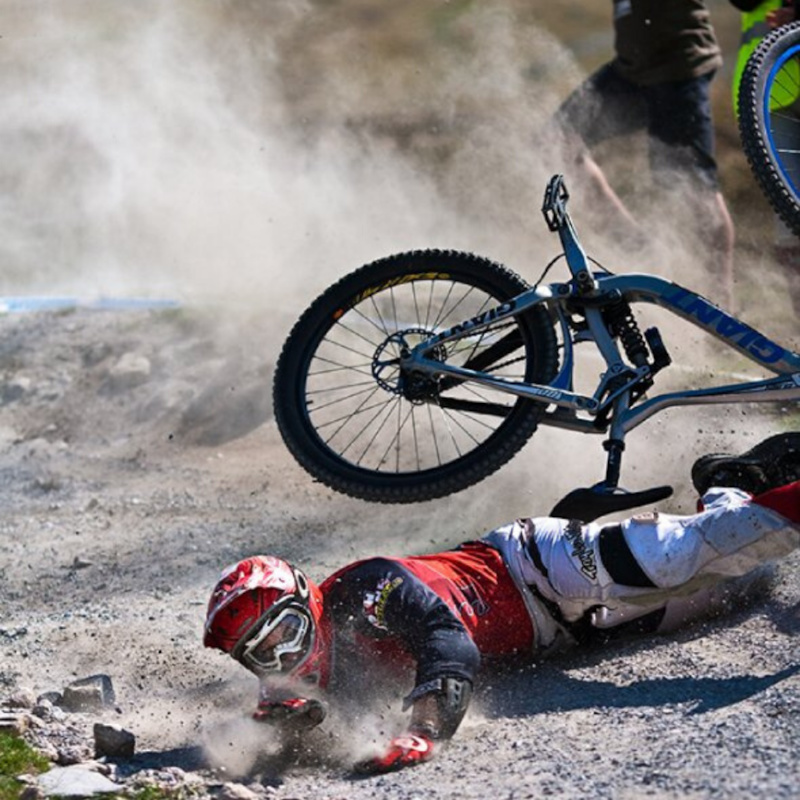 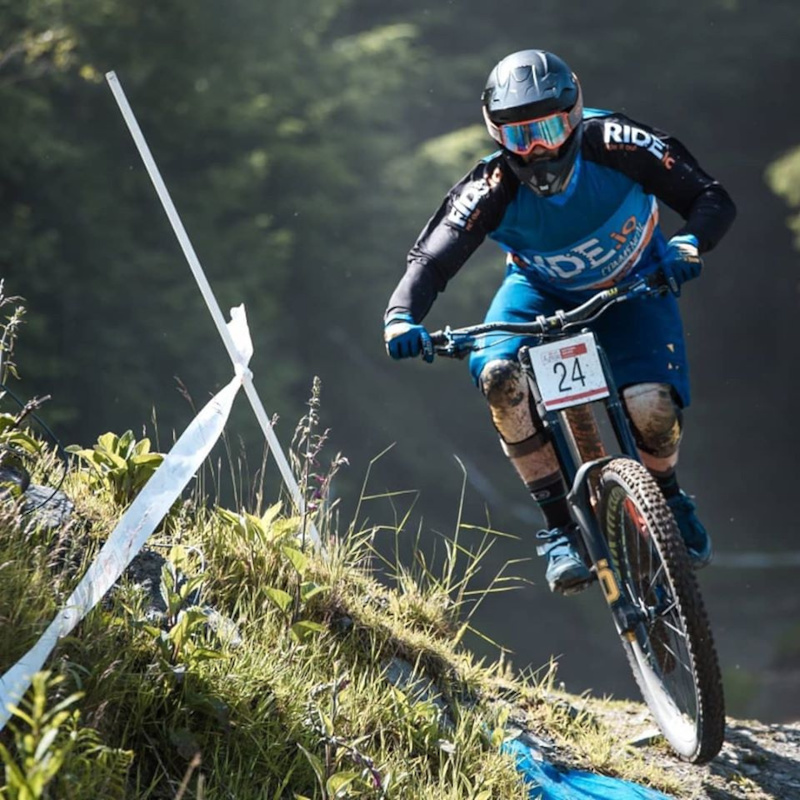 Emyr has had a few crashes during his career but, now understand how serious head injuries can be
The HKT Podcast is available on iTunes, Spotify, Soundcloud, Stitcher and Youtube. You can even shout at your smart home device and it'll do all the work for you.

The entire back catalogue can be found on our website and, don't forget to follow us on social media too, it's @thehktpodcast on everything.

Enjoy, thanks for listening!

Tweet
Must Read This Week
A Complete Timeline of Coronavirus' Effects on Mountain Biking [Update: Taipei Show Goes Virtual]
126318 views
Interview: Trek's Travis Brown On Experimenting With 32" & 36" Wheels
88543 views
Ridden & Rated: 4 of the Best eMTB Motor Systems for 2020 - Bosch vs Brose vs Shimano vs Fazua
74848 views
First Ride: Cannondale's All-New Scalpel SE
74158 views
Pinkbike Poll: If You Had to Ride One Bike for the Rest of Your Life, What Would It Be?
54978 views
Mountain Biker Attacked by Grizzly Bear Near Big Sky, Montana
48321 views
Video: Claudio Caluori Tries to Keep up With Nino Schurter on his Home Trails
47889 views
15 Bike Checks from Craig Evans, Iago Garay & The Santa Cruz Free Agents
43515 views

togood2die (Dec 4, 2019 at 4:39)
I've had nine traumatic head injuries, two of which were extremely violent and caused hours of unconsciousness per occurrence. The earliest was at 6 years old. My kids have had some hard hits just falling, and I've seen skull on two of them from bad cracks. VERY important to protect your heads, boys and gorls. WEAR YOUR HELMETS, buy quality, and be smart.

vinay (Dec 4, 2019 at 9:38)
Wear helmets where you should but it is good to accept that there are always occasions where you aren't padded up and still risk a concussion. I think most of my concussions where when I wasn't wearing a helmet and where I wasn't supposed to.

metaam (Dec 4, 2019 at 10:44)
It's looking like it's not just about protecting your head.
qbi.uq.edu.au/brain/concussion/concussion-can-be-caused-body-hits-too

jorgeposada (Dec 4, 2019 at 22:55) (Below Threshold)
@HookitProducts: Evidently some tight ass Canadians don't agree with you. It's ok I always have comment of the day whether these morons can handle it or not.

HookitProducts (Dec 4, 2019 at 2:06)
Thanks for sharing Pinkbike! Grab a brew folks it's a long one but, I hope everybody enjoys listening to this episode!

I don't let my kids get on their bikes without it. Scooters, same deal.

I myself spent a LOT of year riding with no helmets. Lots of crashes. Several head injuries. I played football too, got a few there. As an adult I've started to wear helmets. I won't go on a ride without one. I got a bit lazy with it recently and was wearing an old skate style lid on rides occasionally. Couple weeks ago I went on a ride and wore my Bell Sixer instead. Took an odd spill. Dusted off and road out. Got increasingly more foggy and ended up in a neck brace at the hospital with a concussion. Helmet is clearly compressed around the impact zone. Had I been wearing that other helmet I am 100% certain I would not have ridden out of there. I impacted the back of my head where quality trail helmets extend and crappy skate lids do not.

I spent a few days in bed and I'm fine now. But add this to the other ones I've had... I have issues with my memory and sometimes words take a second to get from my brain to my mouth. I confuse words... like swapping green and orange constantly... etc. I have mood issues. Etc. Clear connections to recent research in CTE.

I'm replacing my sixer with another sixer and will likely be upgrading my kids helmets and adding a bell Super Air R to my stable for riding a bit gnarlier trails.

Rockyroots (Dec 4, 2019 at 4:30)
People should read up on rotational and linear impacts and make sure their helmets have tech which reduce the impact forces. Most of the time, it's affordable now. MIPS, Leatt 360 Turbines, Fox Fluid... there is a lot of options out there. I'm not saying one is better than the other but some FF helmets still only have EPS and if your hurling down a trail, that is simply not enough.

These new proframe helmets are great compared to FF's of old.

Cheers and can't wait to listen. Snagged a great deal on a TroyLee FF during BF.

HookitProducts (Dec 4, 2019 at 7:37)
Thanks for letting me know! Unfortunately not much can be done now its posted but hopefully you found the correct URL :-)