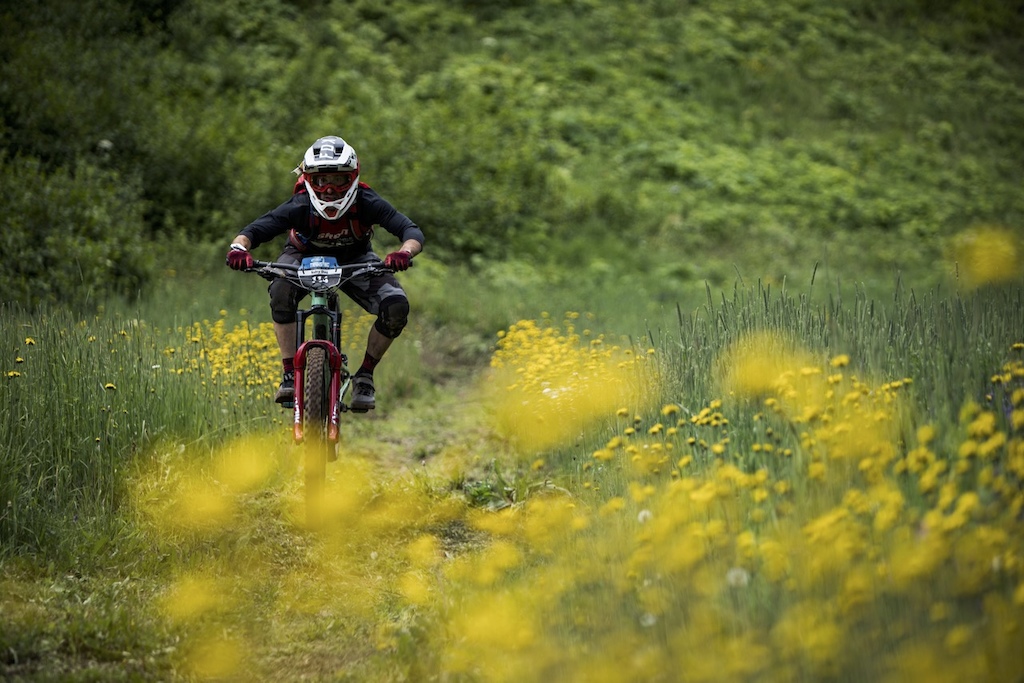 
Is aerodynamics important when riding a mountain bike? This week on the Downtime Podcast I sit down with rider and Deputy Head of Aerodynamics for McLaren F1, Tony Salter, to find out. We chat a bit about Tony’s background in riding and engineering. We cover the fundamentals of aerodynamics to help give you a better understanding of how it works and then chat about what could be done to improve our aerodynamics as riders, and what benefits that might provide. Give it a listen in the player above.

You can also listen by searching for ‘Downtime Podcast’ on iTunes, Spotify, or Google Podcasts, by asking Alexa, or over on our website www.downtimepodcast.com/aerodynamics/ and you can follow us on Instagram @downtimepodcast

iiman (Nov 13, 2019 at 8:09)
apparently there's a field with more BS than mtb, and that field is road's aero stuff. For a quite deep insight on it with funny videos that include roasting BS manufacturers and lots of swearing go to you tube and search for 'Hambini'.

The guy's field of specialization is aerodinamics (military aircraft) and he worked for Renault F1, Ferrari, NASA and so on, and he also happens to be a bike nerd and maker of the finest BB's out there.

Damn, I'll include a link to save you the work, cause I f*cking love the guy.
youtu.be/H8TZwJGrvFY
Enjoy.

boozed (Nov 13, 2019 at 14:10)
I finally gave in, after youtube kept trying to push his Sir Velo video on me for weeks. Was expecting some Doug DeMuro type BS based on the thumbnail, but actually enjoyed it.

iiman (Nov 13, 2019 at 15:04)
@boozed: ah, check this one too, with bold statements within the first 5 minutes and a presentation named 'sram gxp has been designed by shitbags and I'm going to prove it' starting exactly at minute 10 lol

WhoTookIt (Nov 14, 2019 at 9:28)
His aerodynamic knowledge seems very on point, but some of his other analyses (GXP bottom bracket most notably) raise a lot of engineering flags for me, especially given how opinionated he is. Digging down the rabbit hole on him also starts revealing some unsettling behaviors.
flocycling.com/blogs/blog/flos-side-of-the-hambini-accusations

iiman (Nov 14, 2019 at 13:29)
@WhoTookIt: that's Flo wheels's version. He has a rank of bullshit marketing and/or incompetence and he put Flo right in the first position, so that surely arised some tension lol
Here's Hambini's version:
www.hambini.com/blog/post/hambini-vs-flo-cycling...
Yeah, the guy is a pain in the ass for many people. As he says, this is a market where the consumer has no way to verify the claims made by manufacturers, or ways to measure tolerances with precission, but he does, and then expose the bullshitters. He also speaks very well of other companies like Time, Look or SwissSide.

Take a look to his webdisite, the guy is a boss IMO.

downtimepodcast (Nov 13, 2019 at 6:53)
Thanks @pinkbike for sharing this, and a massive thanks to Tony for taking time out from his busy F1 schedule for a chat! I hope you all enjoy listening. Do you think we'll see riders getting more aero (or lower drag if you want to call it that) in the coming years?

TDMAN (Nov 13, 2019 at 9:28)
No... and I'm returning to flats.
I don't worry about it due to the long steady climbs (low speed) and massive descends (just like aerobrakes, maybe we'll see thrustreverses on ebikes!

Fix-the-Spade (Nov 13, 2019 at 14:56)
No on the aero, since they all threw a bitch fit over skinsuits and banned them for being too ugly (sorry, safety grounds). They've stopped wearing baggy pyjamas and mostly wear properly fitted jerseys and shorts now, so that's as aero as it's getting barring a rule change. The bikes themselves have bigger problems to overcome, no point going aero if it interferes with the geometry or suspension.

Explodo (Nov 13, 2019 at 7:17)
I'm thinking that if you didn't realize that aerodynamics are important you don't go fast very often.

TDMAN (Nov 14, 2019 at 6:57)
After listening the podcast, I’d like to start saying that I completely respect the work performed by enormous professionals, that maintain at such high level F1.

Regarding F1, what I can say at the moment, is that is such a boring view, that I find myself sleeping after a couple of laps.
Comparing yesterday’s racing, with todays, is like comparing apples and oranges.
I don’t like weird things, and F1 cars became one of those things! Last Monday, @ Automobile Museum in Turin, I was thrilled to see the Alfa Romeo 179 in this room photo.cuboimages.it/preview.asp?filename=RVA2431.jpg&s, but the newer F1 cars, didn’t lightning any fire on me.
Efficient, fast, etc… yes! But no thrills.

DH is the opposite! 2019 was an amazing year! Championship was decided on the last race, and how crazy can this be?

Can aero “improve”, things? NO!
Aero will only remove excitement, thrill and reality out of WC races! I won’t ride my bike on SKINSUIT! Or wear a full face, with a smaller peak (or no peak). I’ll choose the most comfortable riding gear, that can protect me if I crash. Wearing loose and floppy shorts, saved my upper legs kite often!

Roadbikes can become more “efficient”, with “aerostuff”. But as referred on the podcast, positioning is everything! And if we observe roadcyclist, we’ll conclude that most of them (weekend warriors), are on the woods/tops, and rarely we seen then on the drops!
Even at roadbiking, I won’t go crazy with AEROSTUFF as most people are! We ride at such low speeds, that talking aero is almost as watching Monty Piton!
The TOUR average speeds haven’t increased significantly as we would aspect (and this depends more on the course than with equipment). And talking about the TOUR, we could say that the best all-rounder that climbs better than the others, will have a big probability of winning!
Because, Power to Weight, it’s more important to the climbing stages!
If you are more aero, everyone will be behind you taking advantage of the draft!

So… where I normaly ride, regarding Roadcycling I would prefer to have a really nice Power-Weight ratio, than more aero position.

Aero is nice, but don’t overcook!

Asuhhdude (Nov 13, 2019 at 7:44)
I really dont think that drag on a mountain bike will matter unless long straights where the riders are going above 35-40 mph are going to become more common place. I dabble in cars a lot and found that most park bench style wings that people put on their cars are not really effective until about 80+ mph. You gain a lot more benefits from a full splitter setup when youre talking normal highway speeds. I dont think any mountain biker will ever see the difference in aero formed helmets and 1 pc headset/bars like the TT guys do.

medievalbiking (Nov 13, 2019 at 22:32)
I imagine to get a spoiler to work and actually push a car into the ground noticeably you need a lot more airflow difference than what would "drag" a mountain biker. Imagine riding in an 80mph headwind! Doubt you'd go anywhere

fullendurbro (Nov 13, 2019 at 11:38)
With how tight margins are in world cup DH races, I think we'll start to see tighter kits (like the Commencal team), and visorless helmets.

juansevo (Nov 13, 2019 at 7:21)
As you should. Anyone who even mentions such and abomination instantly loses credibility. Hahaha

msusic (Nov 13, 2019 at 5:54)
You should make a distinction between aerodynamics and drag.
Aerodynamics is important for planes, high performance automobiles, rockets etc where the shape of the object acts as a integral and important part (downforce, lift, vortices...) whereas drag and reducing it is the primary factor for slow speed low performance vehicle such as bicycle.

azogas413 (Nov 13, 2019 at 6:52)
Drag is a component affecting total aerodynamics. There's really no distinction to be made here
Post a Comment