Join Pinkbike  Login
With the first downhill World Cup race of 2021 just around the corner, we're bringing you a special World Cup edition of our podcast roundup. Here are a handful of podcast episodes that have been filling our earbuds and amping us up for this weekend. 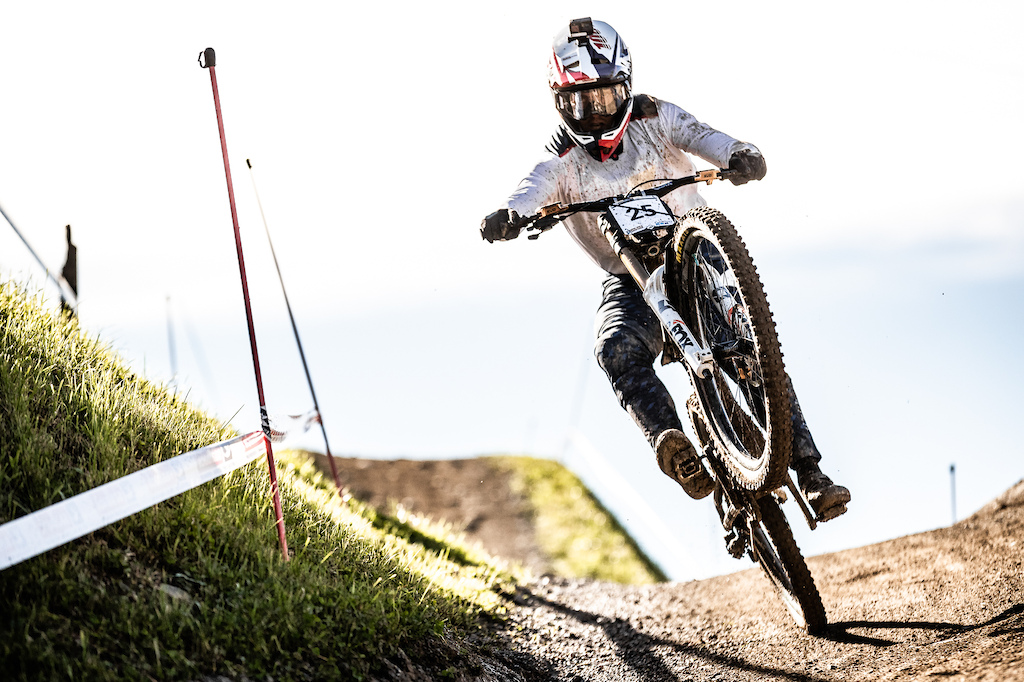 Photo: Ross Bell
From Chris Hall:
Greg Williamson is one of the riders who is looking to step onto the podium this weekend in Leogang. I stopped in to see Greg while I was on my Scotland road trip last month and we had a great catch up. We chat about Greg’s time on Unno and his move to Commencal. We find out what goes on at pre-season testing and just how much thought and effort goes into making the Commencal race teams so competitive. Greg also shares his thoughts on some hot topics like rider value. This was a fun, free flowing conversation with a rider who’s clearly in a good place coming into the 2021 season. So sit back, hit play and give this episode with Greg Williamson a listen. 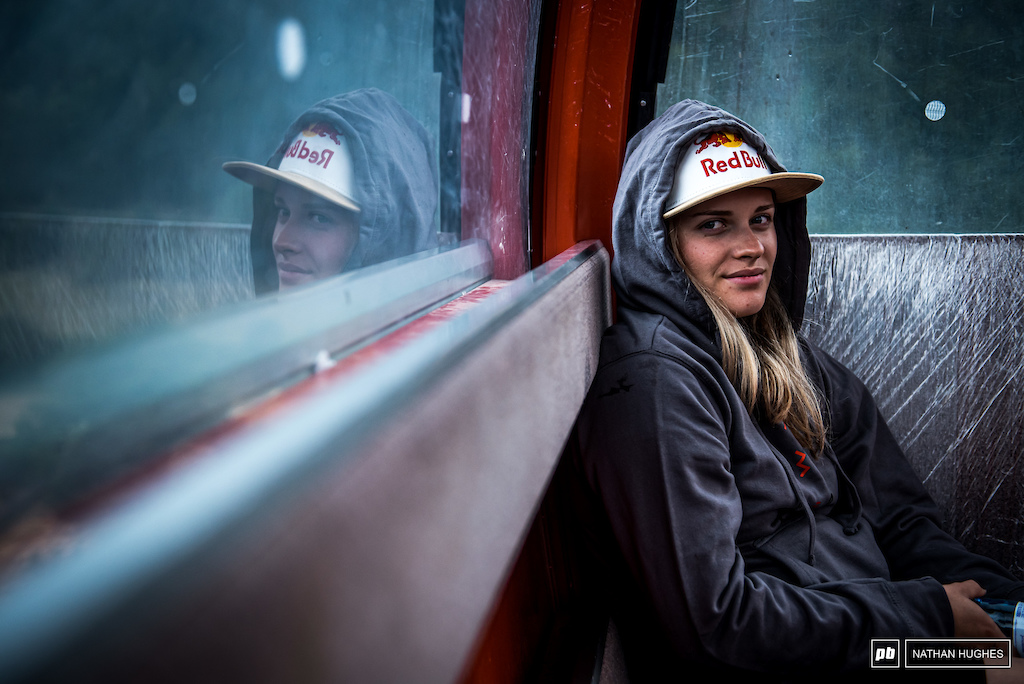 From Red Bull:
Without an elite World Cup race under her belt, Austrian 19-year old Valentina "Vali" Höll is already being tipped to dominate downhill mountain biking. She comes from a family steeped in the sport's history and grew up idolizing Rachel Atherton – so we thought why not see what the young rider can learn from her hero?

The two of them joined a call ahead of Vali’s home race at Leogang as the pair discussed their determination to win and why preparing to be lonely is vital to achieving success; why you need to avoid blinking as long as possible as you come out the gates; and after a year of racing with no crowds how to deal with the noise and enthusiasm of the fans and their famous cowbells. 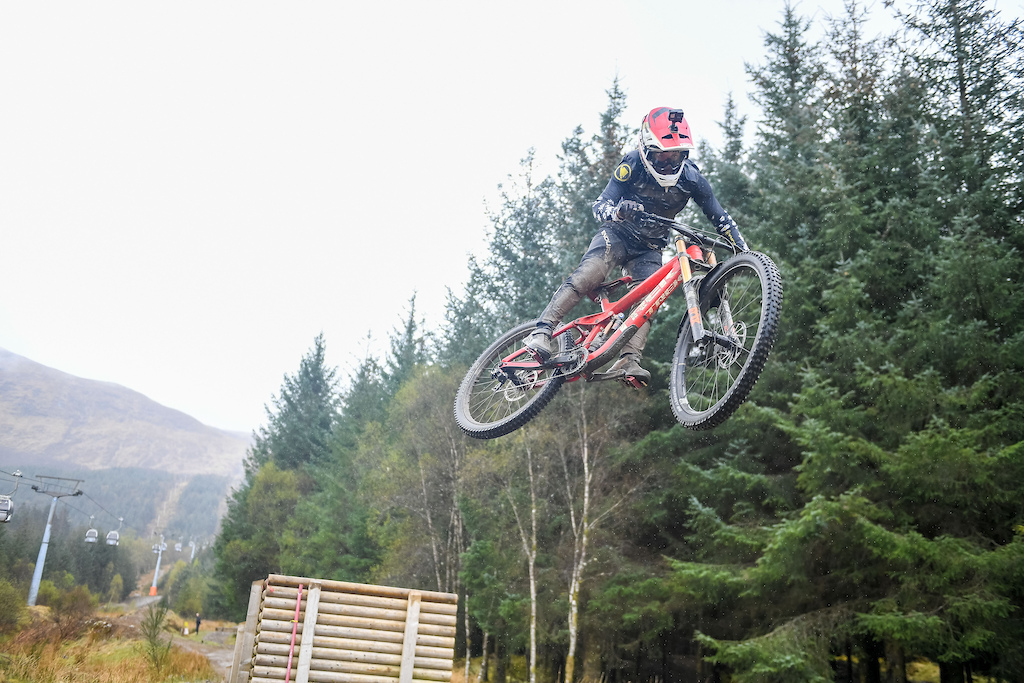 Photo: Gareth Dalley
From Chris Hall:
Mikayla Parton was one of 2020’s breakthrough riders. Mikayla made waves with a 5th place at World Champs which she backed up with two top 10s in Maribor, before sustaining a nasty concussion at the final round in Lousa. Mikalya is a late comer to mountain bikes, so we find out how she’s progressed so fast. Mikayla is super driven and her results really show what you can do when you combine hard work and talent. So sit back, hit play and give this episode with Mikayla Parton a listen. 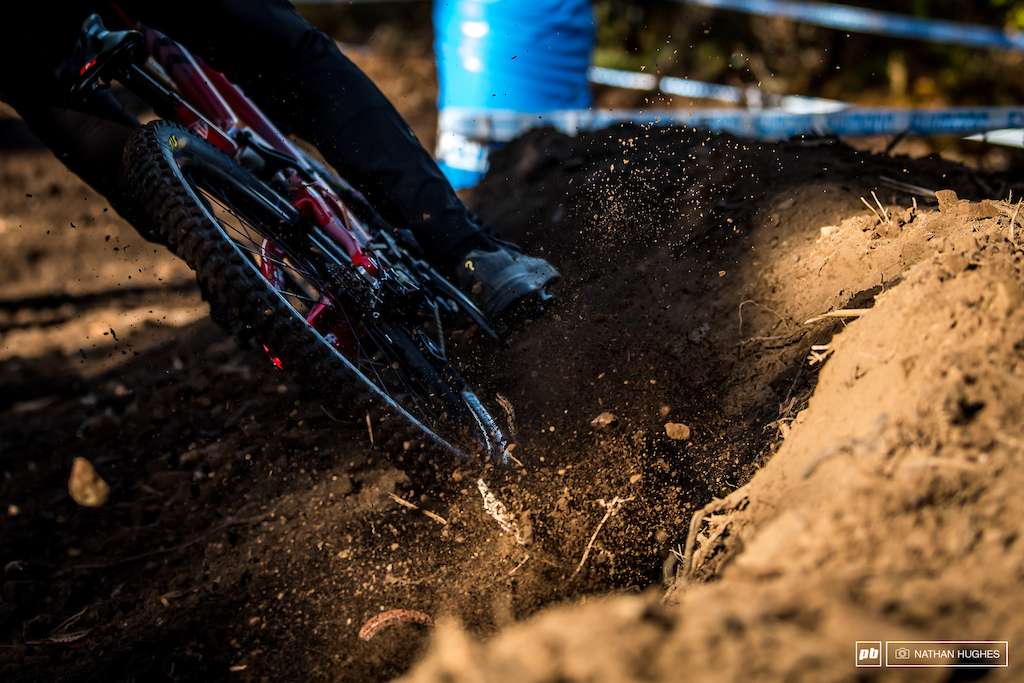 From Andrew Neethling:
2021 World Cup Downhill racing is here and Sven Martin is my co host for this episode of Bench Racing. We will cover the season and bring you review episodes of each race throughout the year. We break down the upcoming 2021 season with a preview show and the riders to watch for 2021 with racing kicking off at Leogang, Austria on 13th June 2021.

Catching Up with Eliot Jackson and Neko Mulally - Downtime Podcast 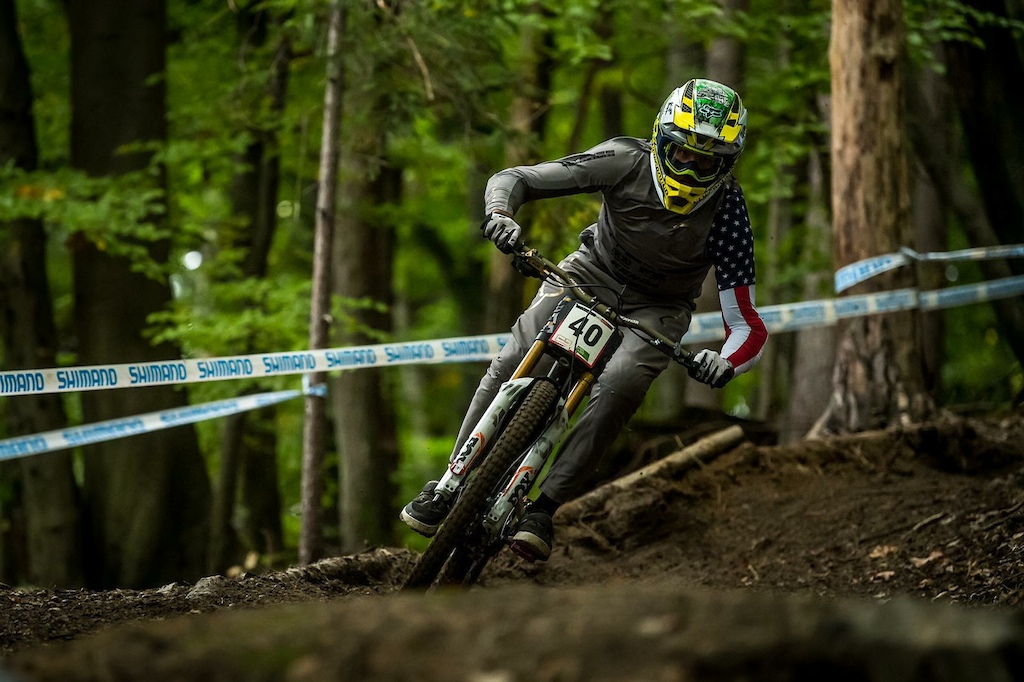 Photo: Nathan Hughes
From Chris Hall:
With the first downhill World Cup in Leogang rapidly approaching, I thought it would be a good time to catch up with Eliot and Neko. We sat down to find out what they’ve been up to since we last spoke.

Eliot tells us about his move to Santa Cruz and how he’ll be joining Rob Warner in the commentary booth this season. Neko shares how his preparation for the season has been going, along with talking about the US based racing so far this year. The guys also give their thoughts on the upcoming race season. This chat got me really excited for the racing that we have in store in 2021. So sit back, hit play and give this episode with Eliot and Neko a listen.

Reece Wilson, Nina Hoffman, and Jamie Edmonson reflect on last year and discuss what's next - Making Up the Numbers 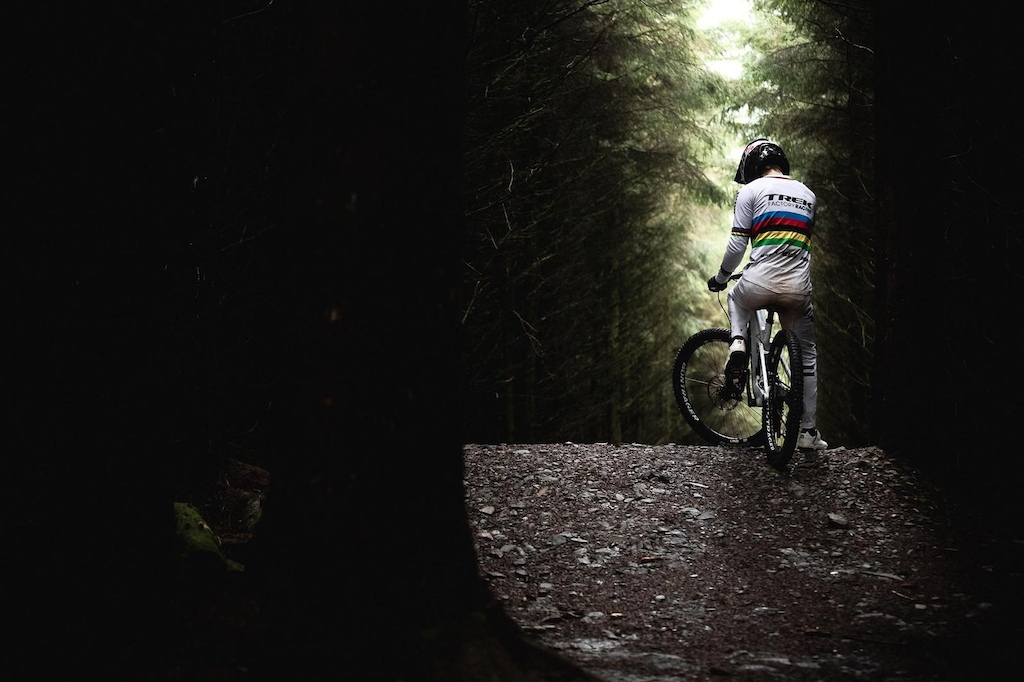 Photo: Ross Bell
From Making Up the Numbers:
Let’s go racing! The 2021 Downhill World Cup is about to get underway and in this season preview episode of the pod George Thompson and Jack Reading catch up with Reece Wilson, Nina Hoffmann and Jamie Edmondson.

Give it a listen here.


From the Brett Tippie Podcast:
Finn Iles Whistler local and Red Bull sponsored World Cup Downhill racer joins Brett for episode Four! At the age of fourteen, Finn got a special exemption to enter the Crankworx Whip Off event and ended up winning it. Since then he's made a name for himself winning titles on the junior circuit and is now challenging the best in the world. Learn a little more about Finn as he talks about where he grew up, his approach to training, night biking with Tippie, winter sports, and much more. Recorded in the Low Pressure Podcast Studios.


Sven Martin and the Pivot crew - Behind Enemy Lines 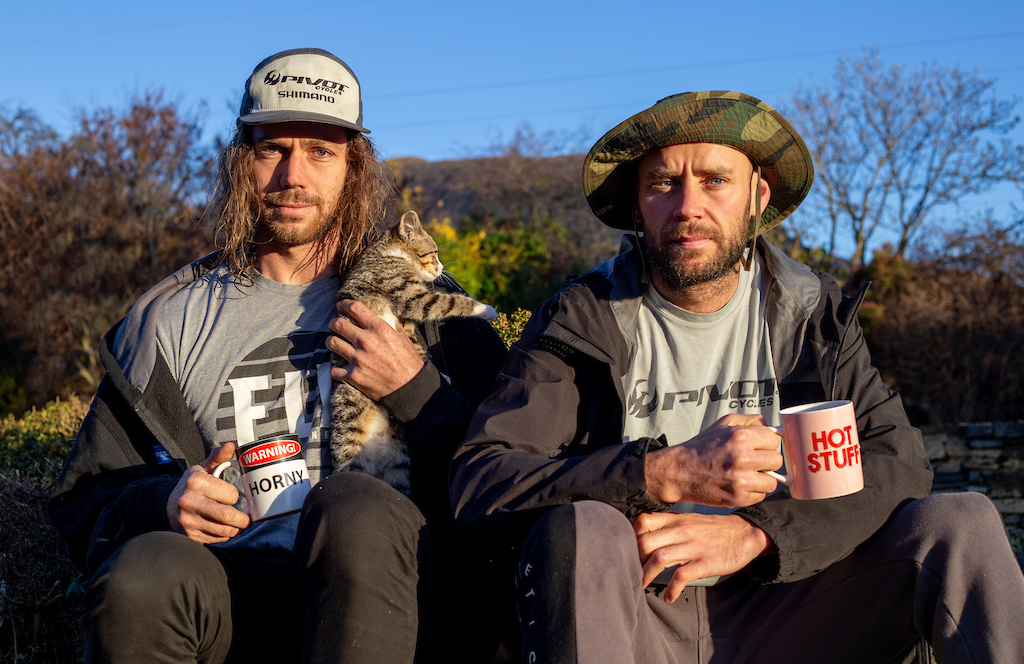 Edit: We missed a good one, so I'm adding it in for your daily dose of shenanigans. Thanks to the comments section for the reminder.

From Behind Enemy Lines:
After a 2 year hiatus the award winning MTB podcast Behind Enemy Lines has returned. Sven Martin joins the Pivot Crew (Matt Walker, Ed Masters, Bernard Kerr) to discuss everything under the sun. Who is looking fast coming into Leogang, F1 and MTB, Free racing and Youtube and how everything went down at the #NOTARACE in Schladming. If you enjoy loose conversation and have a keen ear for gossip then give this a listen a leave the lads some feedback #behindenemylines

svenie (Jun 10, 2021 at 12:08)
For some unfiltered, straight talking there's episode 2 of behind enemy lines with Ed masters and crew, this time with Sven Martin on. Recorded few days ago.

thebryson (Jun 10, 2021 at 22:42)
Anna Newkirk has a hard opinion on which WC track has the best tasting mud... the answer will suprise you
www.pinkbike.com/u/pensamtb/blog/podcast-anna-newkirk-on-world-cup-racing-her-superstitions-and-the-best-tasting-mud-on-the-dh-circuit.html