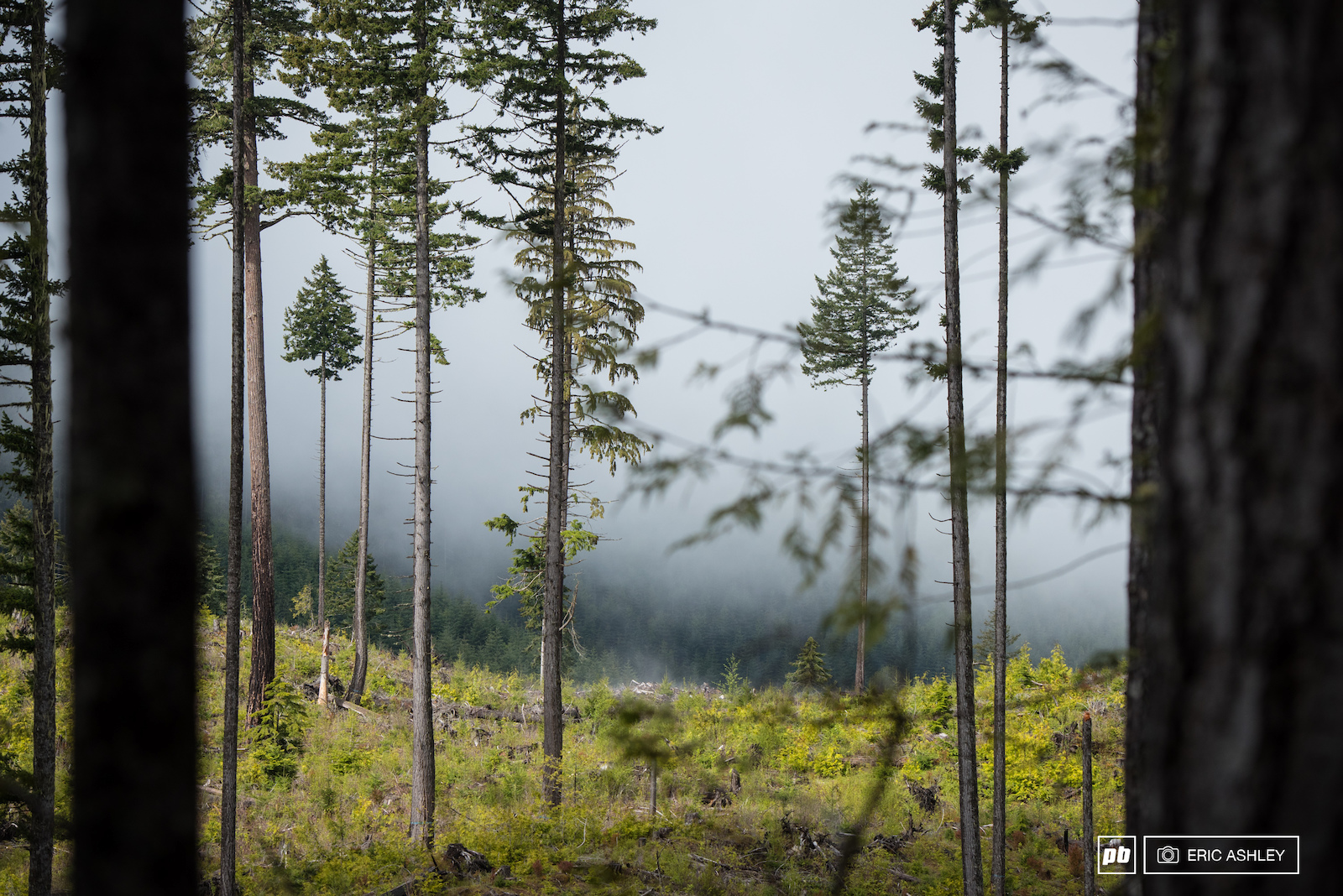 Pro GRT and NW Cup Round Two
Words and Photography // Eric Ashley
A rare patch of sunlight cuts through the mist on Saturday morning.

The old adage holds that April showers bring May flowers. But in “Always Sunny Port Angeles,” April showers just brought May showers for the second stop of the NW Cup and Pro GRT. But with a huge turnout of over 500 racers and a deep pool of talent, there wasn’t much the rain could do to dampen the weekend.


The courses tied together time-honored signature features and even introduced a new patch of loam named Rekluse, that quickly turned into a mud-fest. Conditions alternated between drizzles, a spot of sun, even some hail on Friday, and a torrential downpour for Junior and Pro races on Sunday. Racers did their best to roll with the changes by extending visors, wearing ponchos and trash bags, and just generally making do with the slick conditions.


Saturday's practice for Juniors and Pros was pretty brief but most racers still managed to slam through some laps before seeding. At the end of the day, Lucas Cruz led Devin Kjaer, Blake Bunting, Ethan Shandro, and Kendal McLean. Jill Kintner had a clear lead over the competition including Canada's Vaea Verbeeck and Australia's Danielle Beecroft. Luke Strobel set the pace for Pro Men ahead of Kirk McDowall, Kiran MacKinnon, Carson Eiswald, and Mitch Ropelato.


The next morning, conditions stayed pretty tame as Categories 3, 2 and 1 completed their runs. The same can't be said for the Junior and Pro practices which were accompanied by a hard rain that just magnified the channels of peanut buttery mud. This was especially evident in Reckluse where some of the ruts were starting to reach to the rotors.

Ethan Shandro battled his way to the top to unseat teammate Lucas Cruz with a time of 2.40.70. Jill Kintner powered through the slop and found nearly five seconds, putting her well at the lead. In the coming weeks, the Bellingham local will be checking out Whistler's opening weekend and getting ready for the upcoming US Open. She'll also be spending some time working on the freshly minted pumptrack she partnered with the WMBC to bring to Bellingham.

Mitch Ropelato delivered a smooth run and turned in a burst of speed that saw him surge up five spots for the win. Following Ropelato was Magnus Manson, Austin Warren, Luke Strobel, and Kiran MacKinnon. Ropelato will also be spending some time enjoy the riding near home for a favorite local Utah race. Check out the full results here.

If you missed the mud-slinging fun of stop two, the Pro GRT heads to Beech Mountain Resort in June while the NW Cup stays a little closer to home with a stop at Ski Bowl in two weekends.

twozerosix (May 15, 2017 at 16:13)
Saw a Subaru with what might have been a downhill bike and barely visible number plate back in town (Seattle) on Sunday afternoon. The bike was completely unrecognizable and covered in the brown-and-sticky.

valhallascott (May 15, 2017 at 16:32)
Great write up, course looked gnarly! Stoked to see Cole Suetos getting 14th in Juniors, while basically riding mud for the first time!

s-one-s (May 15, 2017 at 14:12)
Loam is dirt people! Not sure why the entire bicycle world is stuck on calling fresh cut trails still covered in duff and tree litter loam. Loam is a near equal 1/3rd mix of sand, silt and clay. Look it up!

JDFF (May 15, 2017 at 20:56)
Science=truth. But......
Let this one go, atleast the bike community isn't running around with soil charts to determine best wheel size for organic material to sand ratios.

DARKSTAR63 (May 16, 2017 at 6:32)
Yea you are correct, what mtb'rs call loam isn't loam. But we also needlessly argue about more mundane things than that -we aren't a reasonable bunch and certainly don't have time for that one. When we say "loam" everyone knows what that means ... so let it slide.

And my original comment was rhetorical...this isn't a proper road gap, so if that's a point you are trying to argue, let me save you some time.