Join Pinkbike  Login
The California Enduro Series rounded out the season with its final race, the Santa Cruz Super Enduro. Over 200 racers took on the trails at Soquel Demonstration State Forest, hammering out 4 stages that covered 22 miles with 4800’ feet of elevation. The weather was perfect and the trails were running fast, making for a day of all time racing in sunny Santa Cruz. The end of the season vibe is strong now that the race has finished up, music is blaring, beers are flowing and friends are rubbing elbows for one last time, until next season.

Full results and standings, plus professional shots to be posted soon! www.californiaenduroseries.com 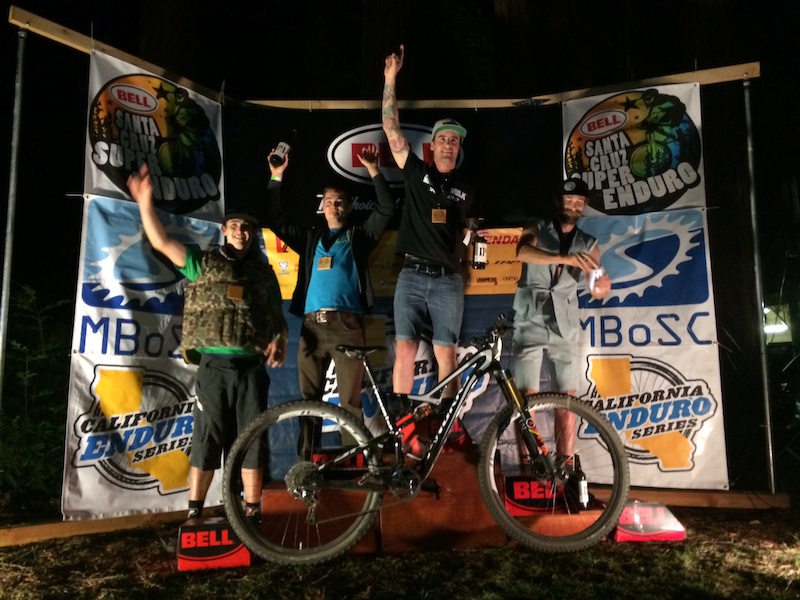 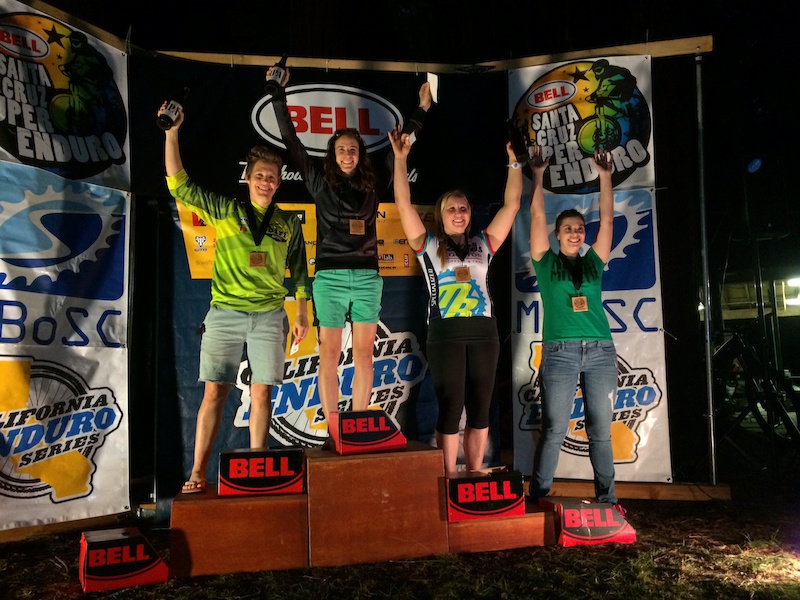 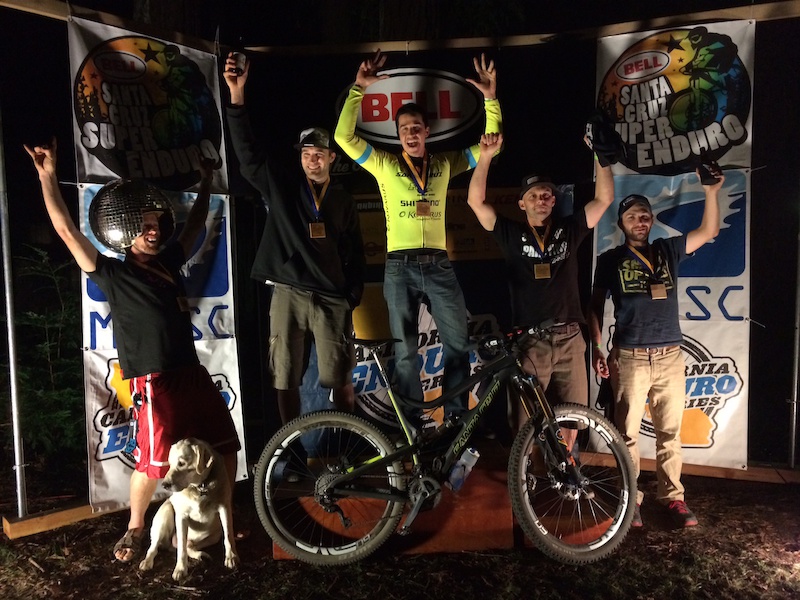 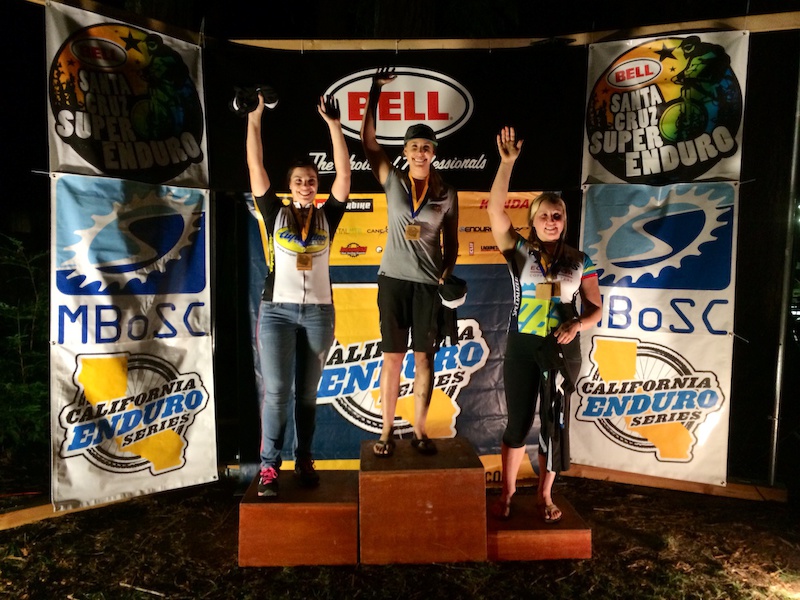 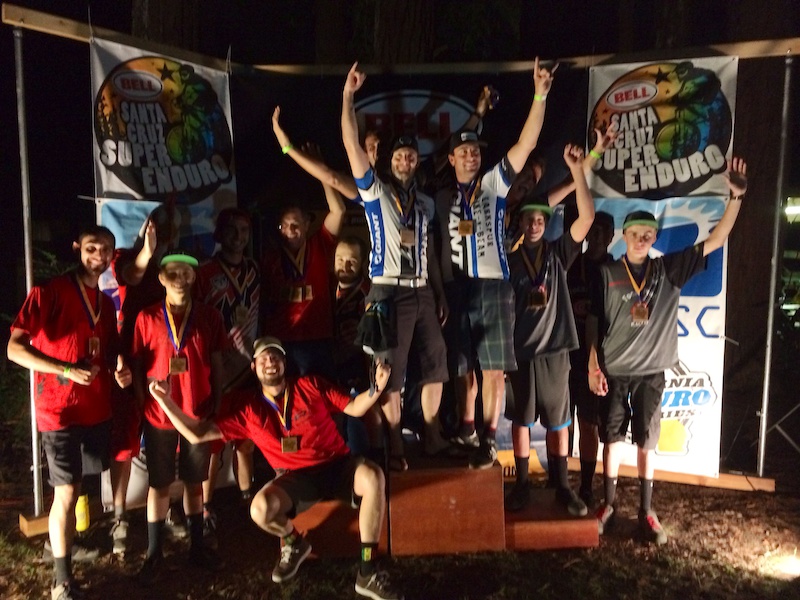 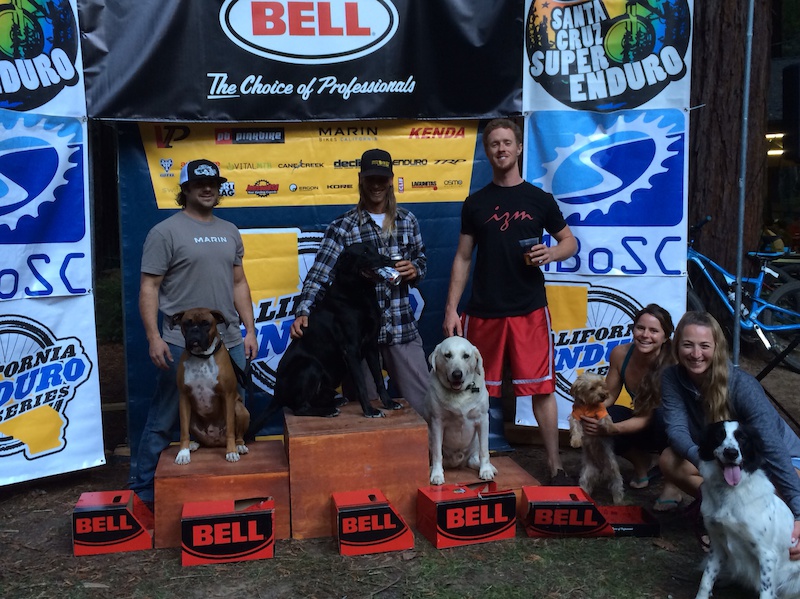 The winner of that category (Santos) beat the pro leader (Hauer) by almost 3 minutes.

The webscorer.com site is a bit misleading. When you click the Junior category, it shows Laps = 4 at the top.

JungleT (Oct 13, 2014 at 19:34)
Well done to Lauren Gregg, met her on the demo shuttle weekend before this one. super super nice person - interestingly she was running a 2x10 with no front dérailleur - for the ups she just manually popped the chain into the small ring and was able to run a narrow wide big ring I think. seems like a good solution in many ways ...

MasterSlater (Oct 12, 2014 at 19:57)
Am I to understand that NONE of the Series Overall placers were able to place in Santa Cruz?

MoonDogg (Oct 12, 2014 at 20:13)
Only 5 Pros raced all 5 races. series winners may not be the fastest at any given race, but they gained the most points by racing them all (mostly). I got 5th overall in my class and I didn't even race SC due to injury. Just showing up at every race goes along way to doing well overall.