€72,000 Worth of Bikes Stolen From Propain Event Truck 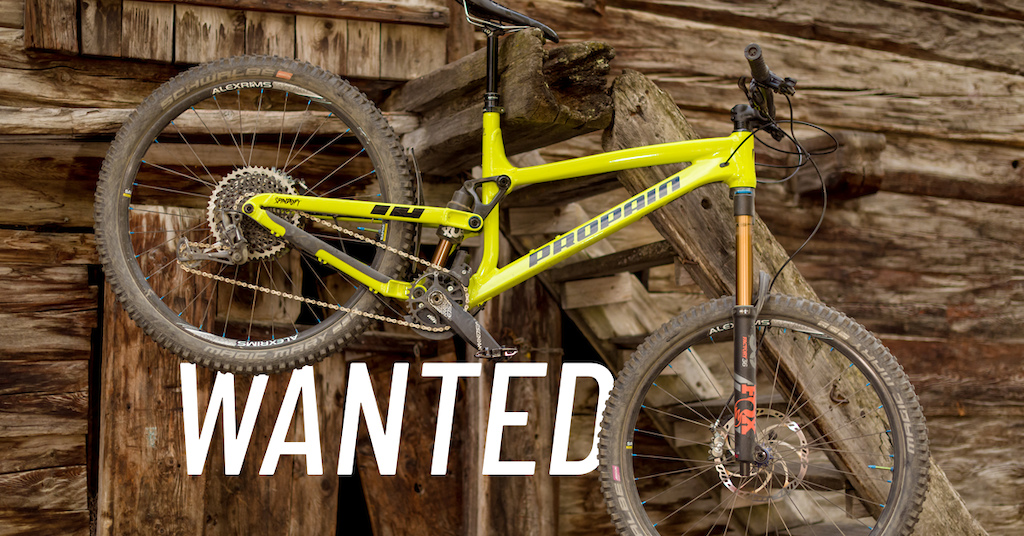 We came back from the Riva Bike festival unscathed, that’s the good news. Unfortunately, there is also some bad news to report:

Between Tuesday afternoon and Wednesday evening (07-08.05.19), our event truck was burgled in Vogt, Germany and most of our demo bikes were stolen. Fortunately, our two E-Bike prototypes were unloaded the evening before for a setup test and are safe and sound.

Bike theft is becoming more and more common. We need to keep our eyes and ears open to make it difficult for those who target other's possessions Please be careful with secondhand bikes, check the background including frame number (see list below) to make sure it’s not one of our stolen bikes.

vinay (May 13, 2019 at 8:01)
This sucks so much. I can imagine those at Propain must have been stoked getting their bikes out to all these events, races etc. And then some idiot takes all that away from them. For the low quantities high end bikes are being sold on the market, this must have been a huge blow for them. It is not just the value of the bike. It is probably also a good number of events ruined for them as they need time and parts to build up a new demo fleet. It is much more than 72k lost there. I really hope they'll soon get the bikes back and these organized criminals use their years behind bars wisely to think up a better career for themselves.

adidasss (May 13, 2019 at 15:23)
Damn... this is sad :/ In Poland after rally two weeks ago some people stole a trailer with Fiesta R5 rally car inside... Hepefuly the car was found and hope that they found those bikes too!! This world is crazy...

I suppose with the rise in prices of bikes these days, comes a rise in risk of theft of them from unguarded areas, such as a big ol van full of tasty MTB's parked up.
Might be time for company's to invest in better ways of keeping the bikes safer, like full time security maybe. looks like the scum that took these sat back, waited and watched for there moment of least risk and then struck.

An equally big ol hardnut sat with the bikes, (..poss with said propane torch..) ready to welcome any and all dickheads, willing to take him on for them, may up there risk-o-meter enough for them to think better of the idea.

Oliver-P (May 13, 2019 at 8:17)
Sadly you're talking 2 grand++ (just wages, add food/accom/admin) to have round the clock security for even a 3 day event, not sure it's viable with the amount of events that may be in a tour, even YTs round Europe tour last year where they ended up pinched in the UK.
If its 3% of your stock value in security every event its not an easy decision.
Not sure how this theft happened but to me alarmed horse box style event vans would be the best option - garage out back and living quarters in the front but this also presents a huge capital cost.

landscapeben (May 13, 2019 at 12:54)
@Oliver-P: maybe bike companies could offer time hanging with the team and the opportunity to get your bike looked over by a pro mechanic to a couple of pink bikers for each event and some decent freebies in exchange for security at each event...

jaame (May 13, 2019 at 21:24)
@landscapeben: security could just be a teenager sat in a car nearby to call the cops if anyone starts snooping around. A couple of pitbulls chained up in the trailer? Outside the trailer?

Ttimer (May 14, 2019 at 1:49)
With bikes reaching moto (or even car) prices, the risk of theft rises to the same level. A van full of bikes is worth as much as a fancy car but much easier to fence.
If used bike sale platforms had a better (mandatory) way of checking frame numbers, high-end bike theft might be less attractive.

lukebiker (Jan 2, 2020 at 8:27)
Hello Luke, thank you for your mail. We are working We are on it to sell our bikes in the USA. We hop that we are able within the next couple of months. So just follow our Instagram and Facebook page. There will be the finals news.

alexmarengo (May 13, 2019 at 8:24)
I was once stopped by the police while at the Riva del Garda bike festival, the wanted to check my truck to see what bikes I had inside. when they let me go they explained that every year, in the period around the festival, they get reports of stolen bikes for more than 100k euro, some of which reappear on the web few months later on foreigners websites, so that they can do nothing about it.

SeanOg (May 13, 2019 at 12:25)
Here's a crazy thought,if these demo bikes companies travelled with were micro chipped,they could be alerted of movement and location,especially with e-bikes considering the value of them! If thieves knew some bikes would give their location away it would surely deter theft or at least catch some of the f#ckers..

ReigninAus (May 13, 2019 at 10:30)
I absolutely have no time for people who think that taking someone else's possessions is okay. Sure bikes are expensive, and sure they are a hell of a lot of fun, but do what everyone else does and work hard, save your cash and then ride your damn bike. The thought is never "what if these were my bikes" it is always selfish intentions.
I hope that the bastards are caught, I hope they find all the bikes. Living in Germany it scares me a little that this is happening, but it's the world we live in. I'll keep my eyes peeled for any used Propain bikes I see for sale, making sure I do what I can!

Werratte (May 13, 2019 at 12:49)
The E-bike-prototypes were stored in-house. That's why they didn't get them. The frame-numbers are MAYBE helpful, but these bikes will not appear as complete bikes. They are for sure disasembled already and the parts are for sale in different online-marketplaces. Maybe the serial-numbers of the forks could help to get these bastards, but i guess the propain-boys won't have the numbers.

markjaggard (May 13, 2019 at 13:44)
I'd guess the demo guys went for a ride on them. Us guys who spend all weekend enabling other people to ride, like to get a ride in ourselves too, whenever possible...

x-rider (May 13, 2019 at 14:31)
Bike thefts are Bastards, I hope they will find the guys and glue their balls on up on their arse so that these f*ckers will never be able to sit on a saddle.
Sorry for David and his boys, but they can also feel honored as their bikes seem to draw a lot of attention now. NOT WHAT THEY WANTED

Ttimer (May 13, 2019 at 7:58)
That is a massively idiotic statement. These are just bikes, stolen from a company, noone got hurt over it. And you are willing to end a human life over that?