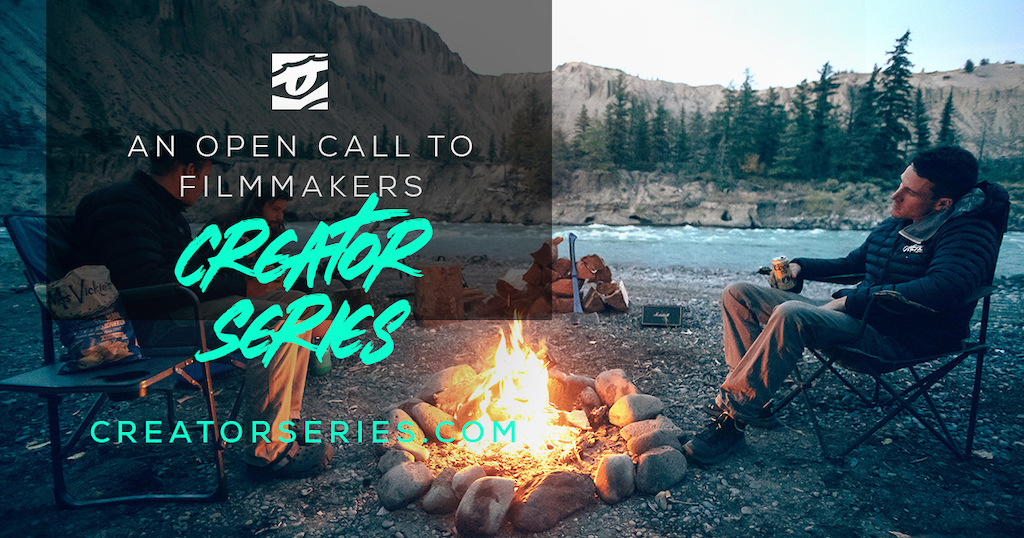 We were overwhelmed by the number of pitches we received for our Creator Series and we’d like to thank everyone who submitted! Our selection committee pored over each and every one and have narrowed the selection down to a list of ten films for this year’s Creator Series. We think these films cover a wide variety of topics, points of view, and subject matter that will entertain, educate, and inspire.

The selected projects will take us around the mountain bike world - travelling to Bali to see what it takes to make your way across the country with limited money and bartered objects; taking an in-depth look into trails and the builders behind them; exploring the rocky and foggy trails of an east coast island; driving across the country with a former mechanical engineer who’s redefining what success means to him and those around him; exploring the sounds of mountain biking through to a graphic novel, and much more!!

Read on below to get to know our 2019 Creator Series Filmmakers and to get a quick synopsis of what their passion projects will entail*. 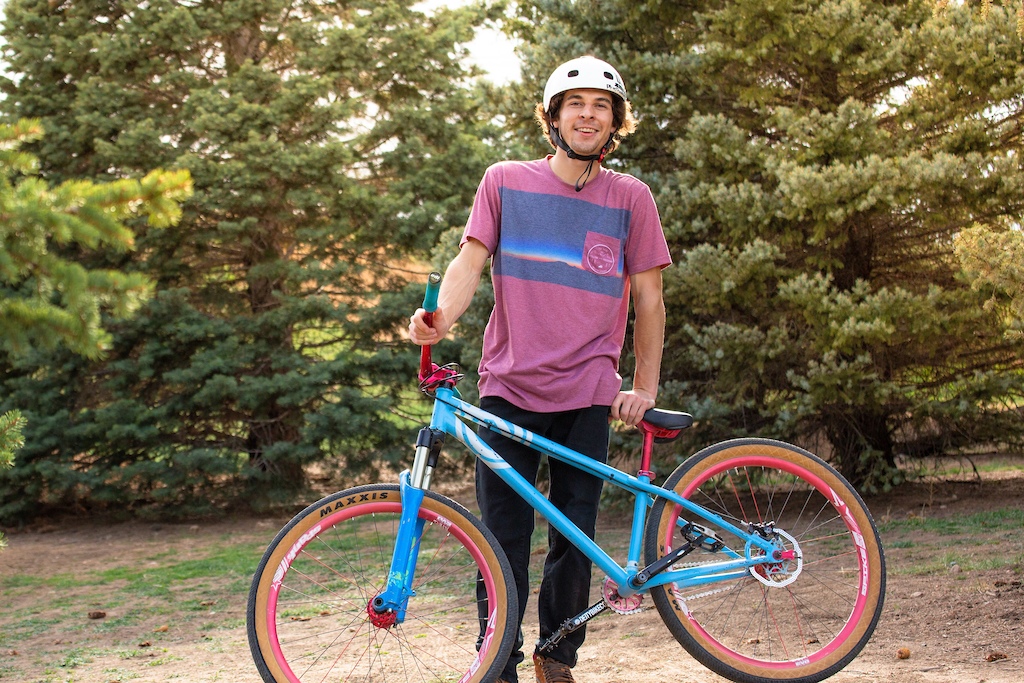 In his own words: Ever since I was a small kid, bicycles have been the number one deciding factor in how I choose to live my life. I have since then used this passion and obsession as the transition into my professional career as a photographer and videographer who loves to tell inspiring stories about amazing things happening in the world.

Film: Adaptive MTB
Adaptive bikes offer a gateway for almost everyone to ride despite having a condition that may impair their ability to do so. We will go ride with and tell the story of a Colorado trail boss and dirt jumper, downhill riding on the slopes of Trestle, your everyday rider, and the Adaptive MTB World Championships. It is truly amazing when people can overcome obstacles in life, continue to shred hard, and live life to the fullest, and that is what Adaptive cycling is helping to enable!

In his own words: Hey, I’m Dru Kennedy. A professional photographer from the beautiful west coast of Newfoundland, who’s just trying to have more fun today than I did yesterday!

Film: Newfoundland
Newfoundland; a massive raw slab surrounded by the frigid North Atlantic waters. Ride the rock deep into the fog to discover the trails and tales that defines this remote island's strong riding culture. 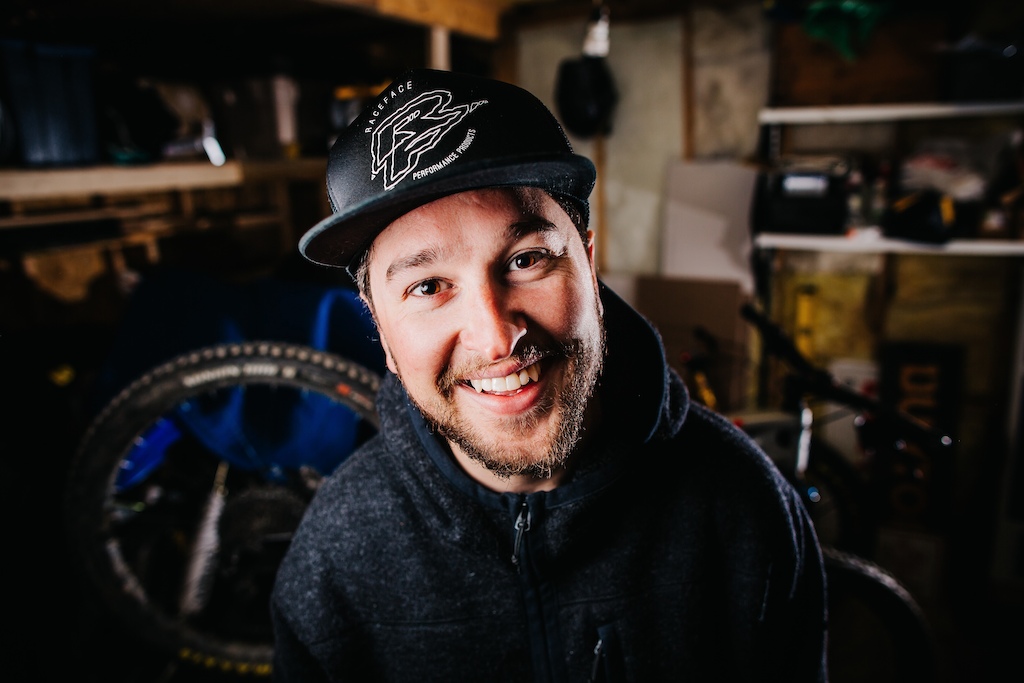 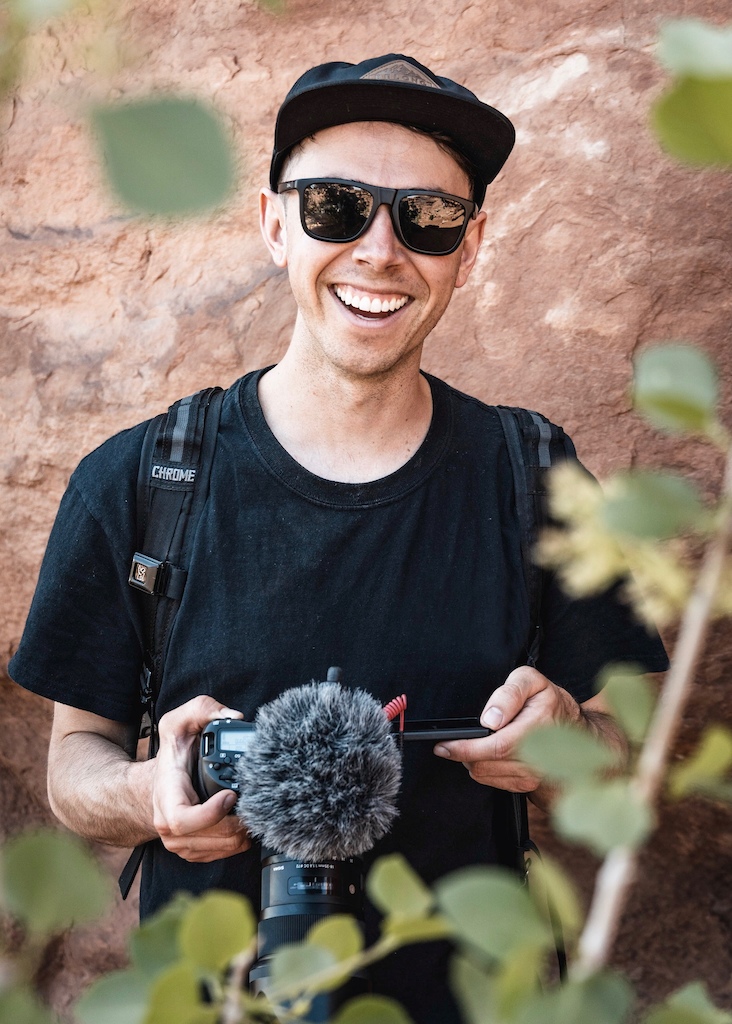 In his own words: After leaving my career in mechanical engineering, I’m now a filmmaker, storyteller, and mountain biker from Denver, CO living in a self-converted Ford Transit.

Film: Redefining Success
What makes a person successful? Mainstream culture tells us that success is defined by your paycheck, your job title, or how fancy your car is. But do those things really make you feel successful?
I think we’re in desperate need of a new definition of success. I’ll be traveling across the country in my van to tell the stories of mountain bikers who are pushing back against this cultural norm, and finding their own individual versions of success that go beyond a paycheck.
Jason Manning
@jasonmannings

In his own words: Jason Mannings is a director and cinematographer from British Columbia. He's been involved in sports films since middle-school, co-directing the mountain bike film Stripped (2006) and collaborating on the ski film Valhalla (2013). His work has since touched a variety of genres and locations, winning some awards — including an Emmy for cinematography — along the way. Currently he's exploring the stylistic intersections of documentary and commercial filmmaking. 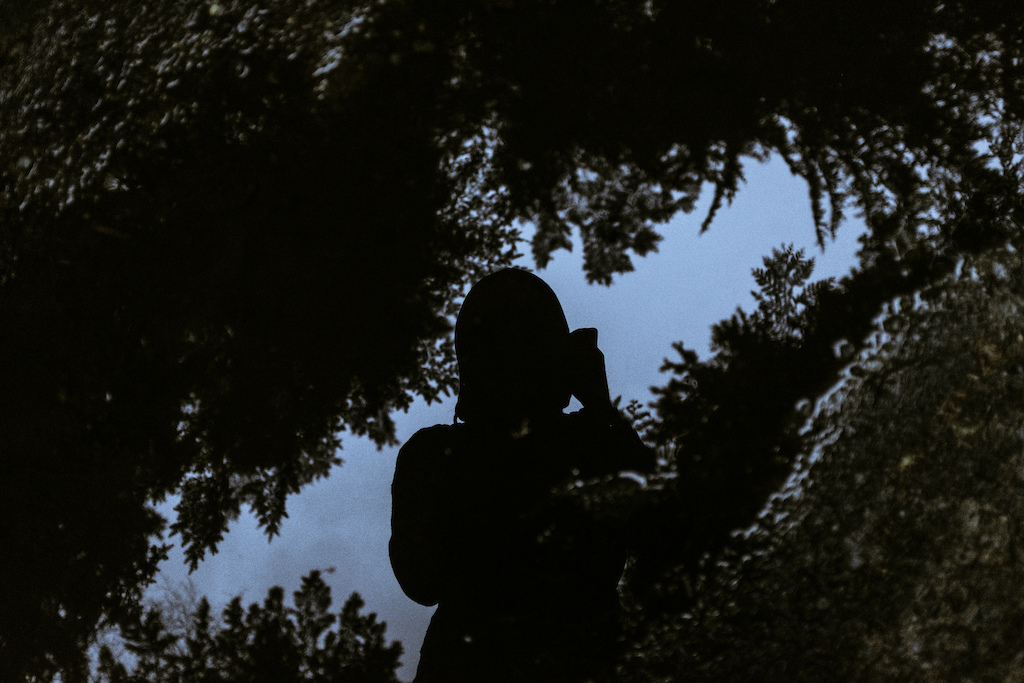 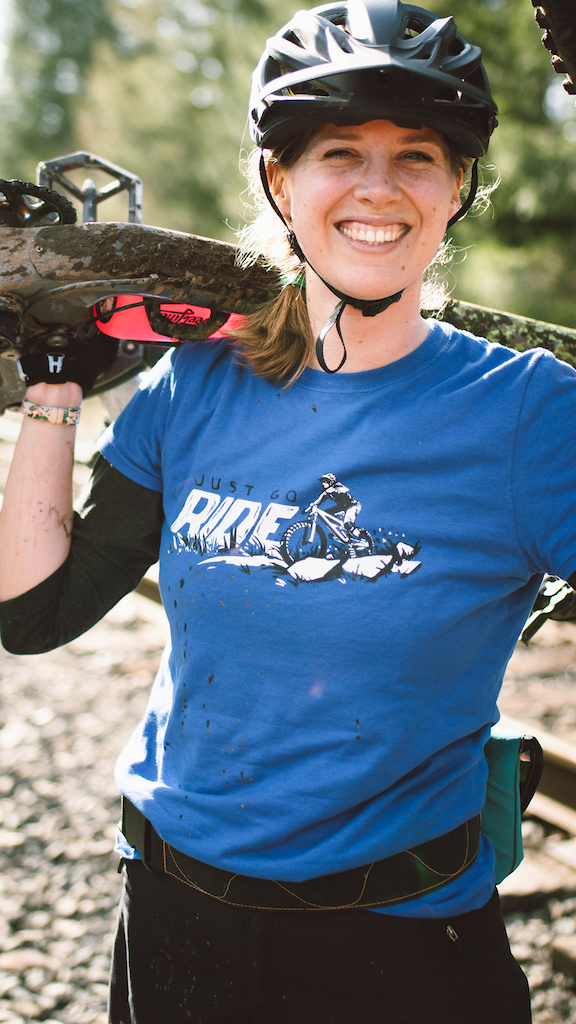 In her own words: Kristina Wayte is a PNW-based artist whose love of mountain biking flowed into a professional career specializing in sport and bicycle illustrations. She likes to keep herself creatively inspired by documenting her biking experiences through comic book style illustrations.

Film: Trail Series
The Trail Series will be an animated comic that evokes and stylizes the sounds and surroundings we experience as mountain bikers.
Markella Mildenberger
@markella_markella_

In her own words: Markella is a self-professed refurbished athlete, writer and all around adventurer with an unwavering dedication to inspire the human spirit and nurture curiosity.

Film: “It's Just Like Riding a Bike."
An Ordinary Woman dives into intense physical training over the course of a month for a 7 day long Mountain Bike Race that will test everything she knows about her limits and the cliché, “it's just like riding a bike." 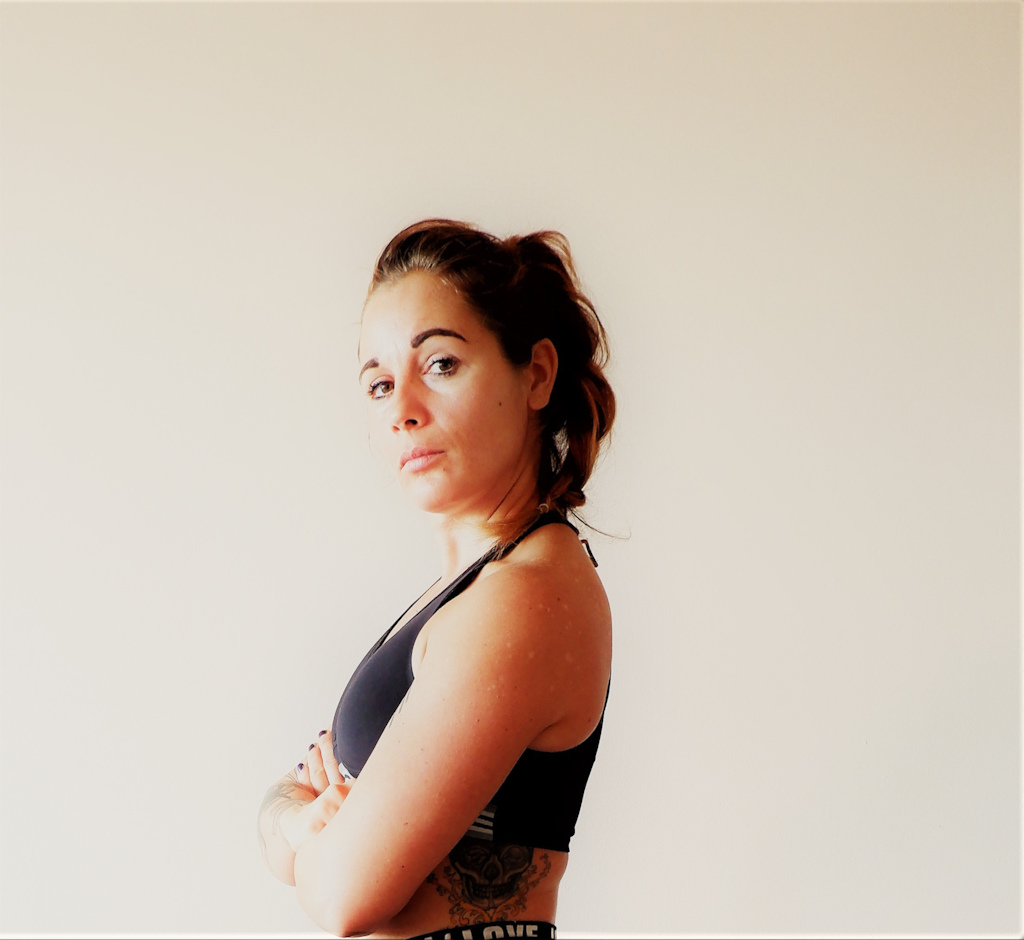 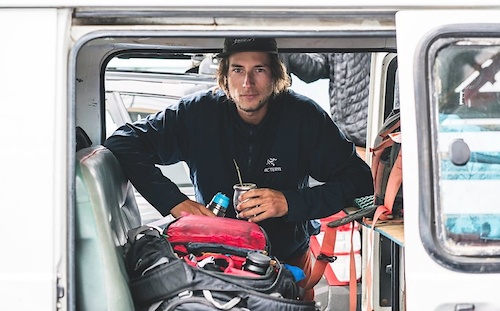 In his own words: Peter is a freelance filmmaker specializing in creative content born out of his lifelong fixation on mountains, the people they inspire, the cultures they enable, and most of all, the simple joy of going downhill, fast. Whether or not he’s holding a camera, Woj can be found going up and down mountains in the Sea to Sky corridor and beyond—again, and again.

Film: Dirt is Soft
Pain is temporary, and broken bones will mend. But it’s the forced time off our bikes, that we’ll never get back, that really hurts… and motivates us, inspires us, and drives us to be better. Yeah, we’ve got a tricky relationship with injury.
Scott Secco
@scott_secco

In his own words: Scott Secco is a 27 year old adventure filmmaker and the owner of a minivan affectionally nicknamed ''The Vanborghini.'' He lives in Squamish, BC.

Film: Billder
Billder is a portrait of Bill McLane, his passion for digging trails, and a wider look at what his work means to the riders on Vancouver Island. We'll see how people shape trails and how trails shape the community of people who ride them. 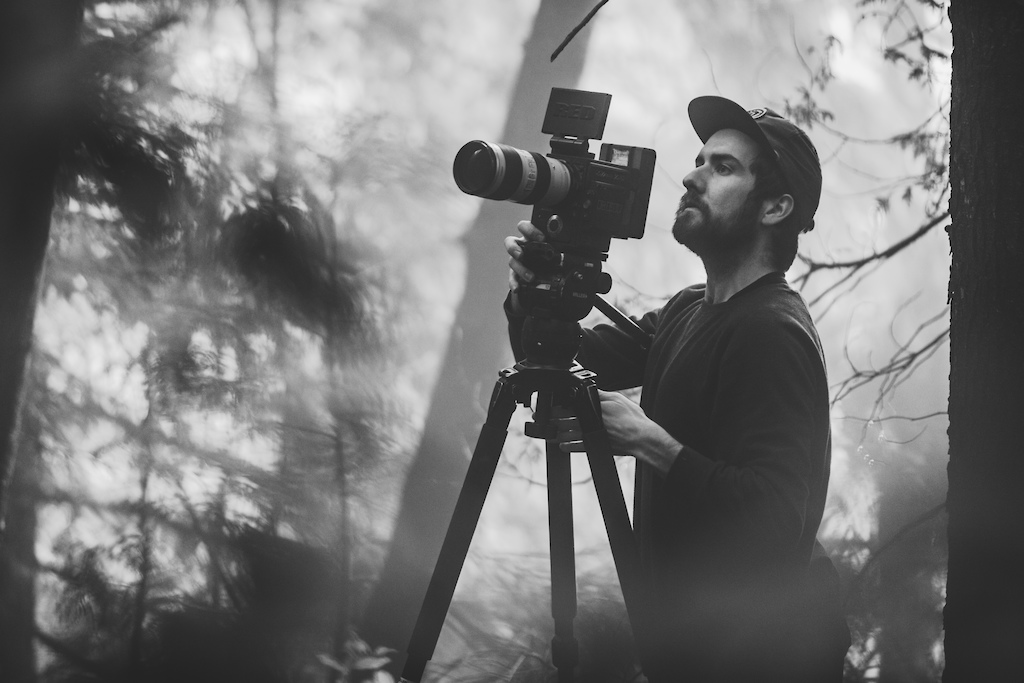 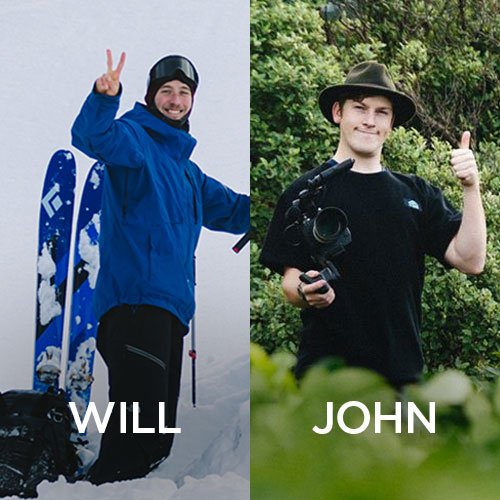 In their own words: Just like peanut-butter and jelly, John & Will have joined together to create some good taste for your eyes, both long-time filmmakers in the mountain-bike world they each bring a unique aspect to their productions. Will who lives life at 24fps loves nothing more than creating cinematic goodness such as Ashes to Aggasiz. Whereas John likes to form the unique element of comedic story-telling and unconventional editing into his work, such as Eddy Masters gets Fat. So what better than to throw these two together on an island with a fast talking, fast riding fella named Keegan.

Film: The Wright Way: Bali – The Island of the Gods
With only his bike and limited cash in hand, pro mtb rider, Keegan Wright will have to buy, barter, and beg for the necessary supplies and transportation to make his way across volcanoes, through temples and down rice terraces, all in search of trail freedom.
Skye Schillhammer
@skyeride

In their own words: I am a videographer and photographer based out of Bellingham, WA. Previously a mtb athlete, and now turned full-time media creator for Transition Bikes.

Film: From Slide to Ride
A failed logging town that turned a natural disaster into the first step in a new direction. Without the ability to survive on traditional industry, Darrington, WA turns to outdoor recreation and mountain biking to help bring in tourism dollars, as well as to engage local residents. 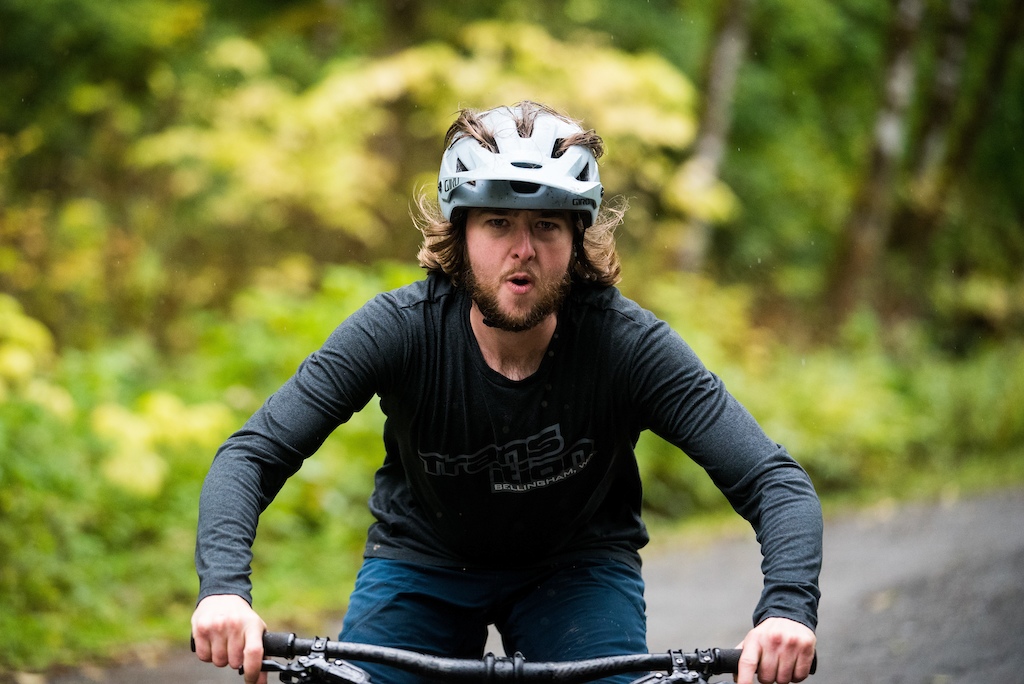 Keep an eye on our social media channels (Instagram, Facebook) and the Creator Series website to see behind the scenes footage and updated info as our filmmakers start off on their cinematic journeys. Stay up to date by signing up for our Creator Series newsletter.


*Subject to the Creator Series Rules and execution of the sponsor required production contract(s)
MENTIONS: @raceface


Posted In:
Other Race Face Sponsored

If any of you understand a bit from this business, what would you recommend for a decent video camera ? I'm looking for a second hand one & wanted to make sure it's a cool one. cheers

InsaNeil024 (May 28, 2019 at 10:48)
"An Ordinary Woman dives into intense physical training over the course of a month for a 7 day long Mountain Bike Race" It only takes a month to train for a 7 day MTB race?

scott-townes (May 28, 2019 at 19:00)
Its going to be like a reality TV show... hopefully not but I'm guessing this will be like the Liz Swaney of MTBing... but with funding outside of her own parents in this case.

482FilmsLLC (May 28, 2019 at 11:00)
I was so bummed I couldn't make the deadline for this. I've been sitting on so many story ideas for years that have been hard to get off the ground. Congrats to the winners, and excited to see the end films! And looking forward to NOT missing this opportunity next time @raceface

ckcost (May 28, 2019 at 21:39)
It's great to see more women represented here. That said, the whole world over and you could not find one non-white person with a compelling pitch and story to tell?

ralbisurez (May 29, 2019 at 12:21)
Stoked to see women getting to tell some stories! Would be nice to see some stories on the mountain bike world from film makers that are "minorities" next year. The bike industry needs some color for sure.

CharlieEdis (May 28, 2019 at 22:31)
Was a little disappointed to see that entries were limited to purely North Americans, would of been great to see some different cultural perspectives from around the world in a competition like this. Hopefully we can see a more open competition next year @raceface ( or other brands

lou-talks-mtb (May 29, 2019 at 3:14)
@CharlieEdis: could be partially due to moving moneys and whatnot - but it would be nice to have the opportunity to participate - then again, I always have crazy ideas to shoot videos that none of of my friends are willing to do with me, nor people are interested to watch so I might have saved them some time reading