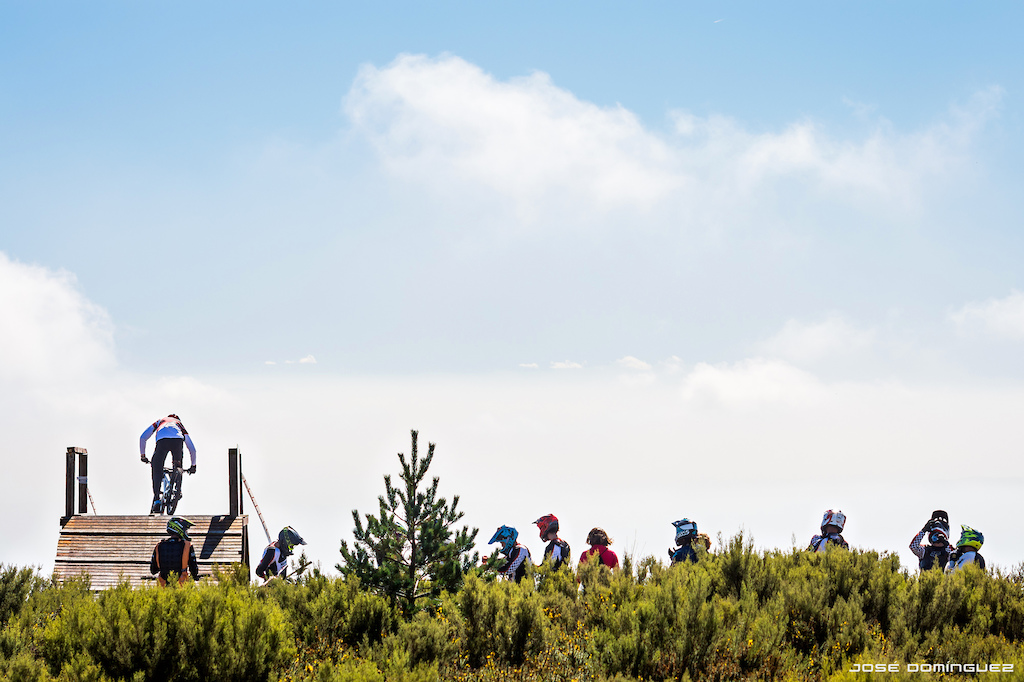 Xunqueira de Espadanedo is a very small village in the north west of Spain, placed in the heart of the Ribeira Sacra and near the canyon of the Sil river, where barely anything happens all year. Just the elderly playing cards in the local pub, gossiping or working their lands. But one weekend a year, the few hostels in the village welcome crowds of bikers, willing to race on one of the best downhill tracks of the country. 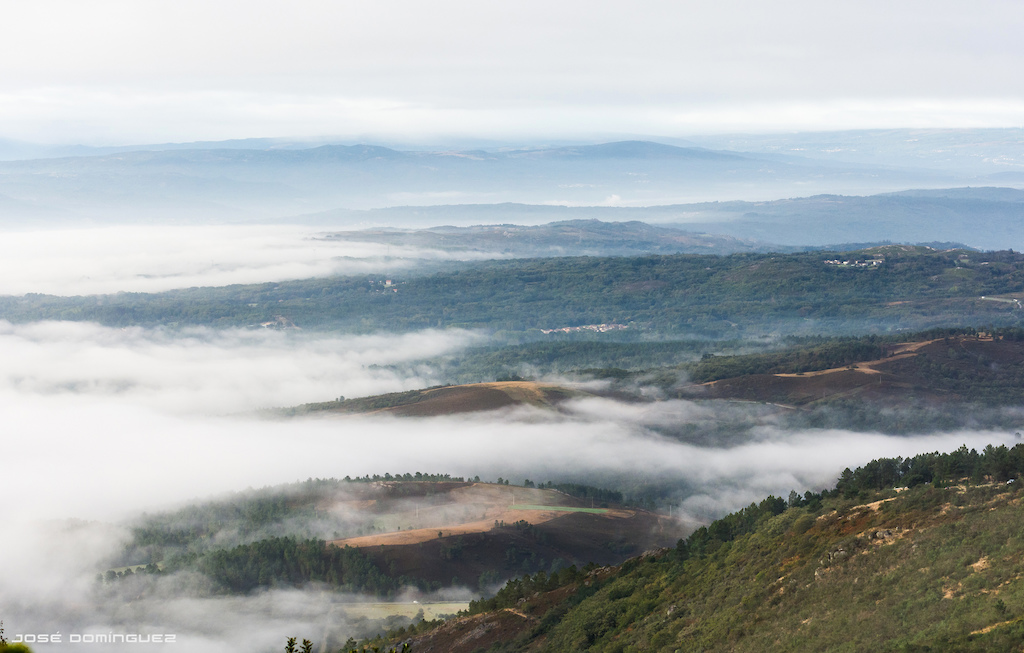 This is the second year in a row that the downhill division of the Maceda Cycling Club has organised a race in the Xunqueira mountains, and this time they stepped up a bit to host the regional championship. The track is the same as always, 2.5 kilometers long with 450 m total drop and three different zones: a rocky open top section followed by a flowy middle section in the woods ant a bottom bikepark style end. Quoting Ángel Suarez, rider for the YT Mob, 'this could be one of the best and most challenging tracks in Spain', and after the race, most of the racers' feelings were that exact way. 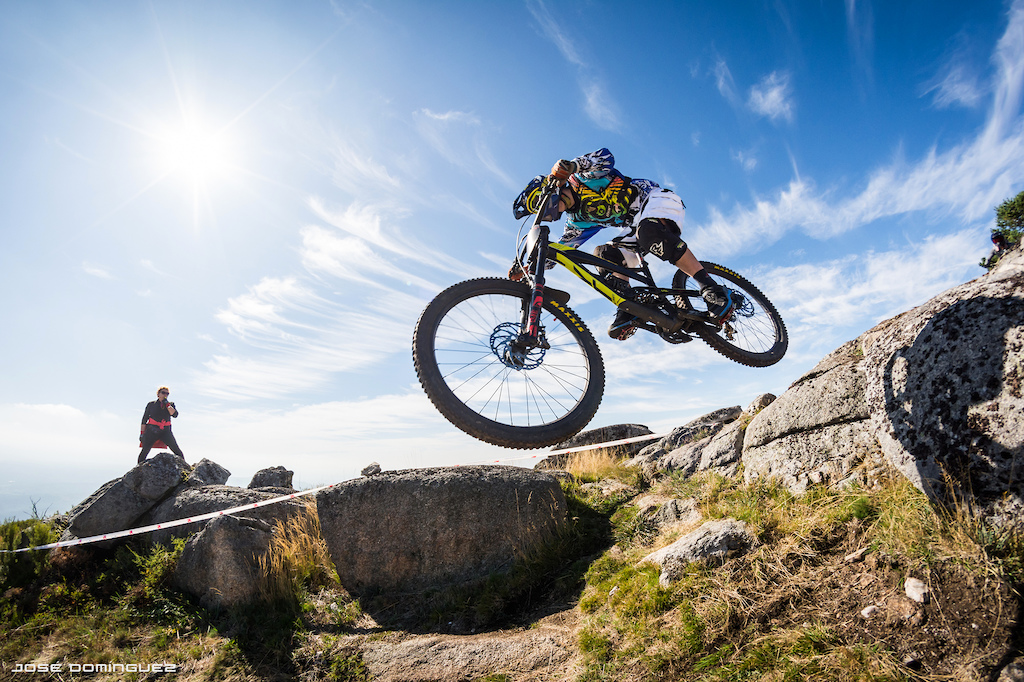 The event, the last of the year here in Galicia, started on Saturday afternoon under dry and warm conditions, perfect for a relaxed free training session. 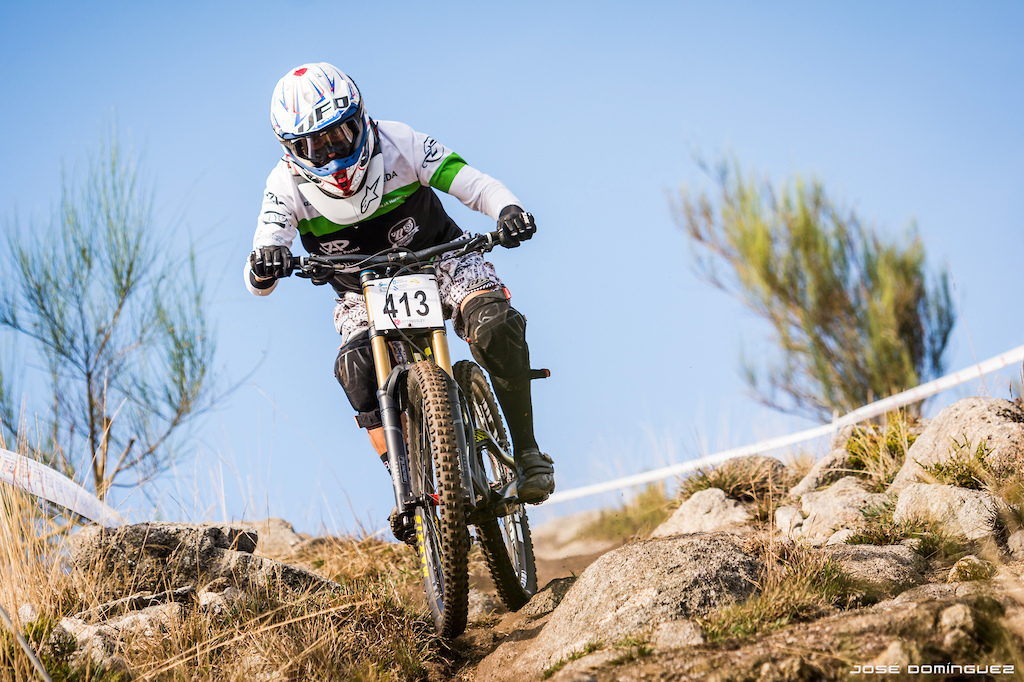 Riders choose different lines for the same spot during training: some of them go low, others go long and a few send it to the moon. This is what training sessions are for.
For this edition, organisers didn't want to do 'just a race', and managed to bring some dirt jumpers to do an exhibition near the beautiful Santa María de Xunqueira Monastery, just in the middle of the village. 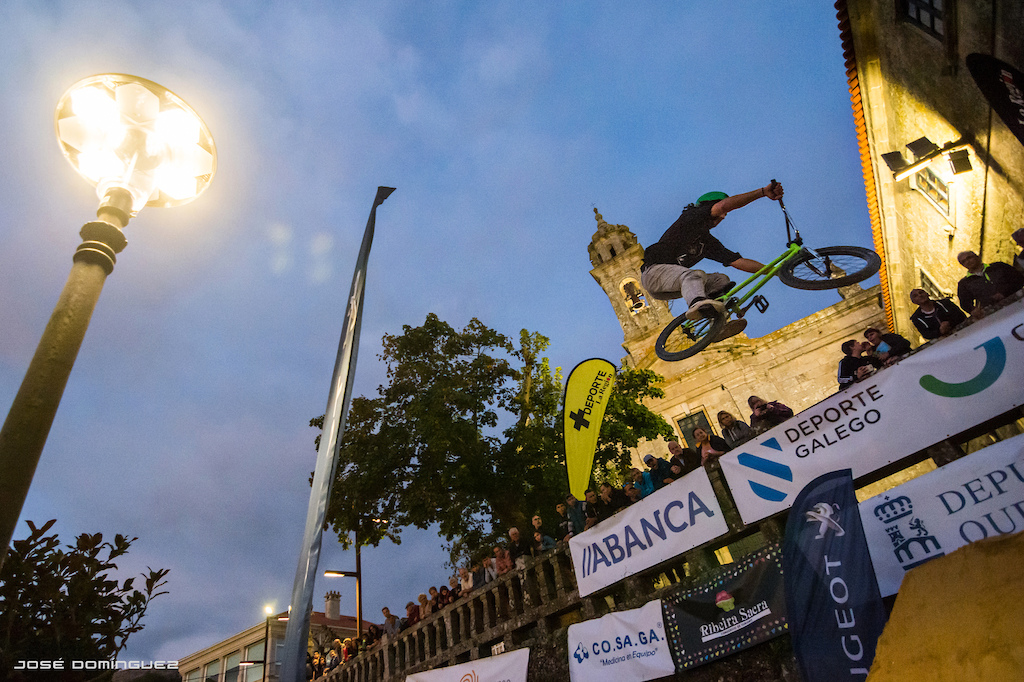 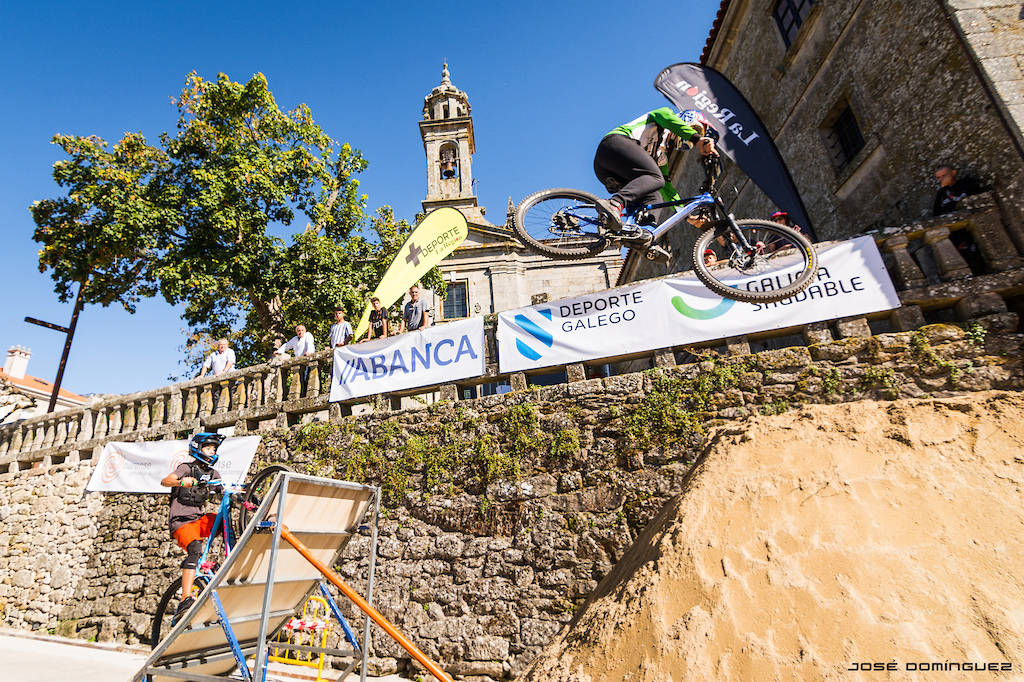 Even the young guns of the Maceda Cycling Club tried the big jumps.
The race day started just as nice as the previous one, and everybody could have a couple of free runs before the race start. 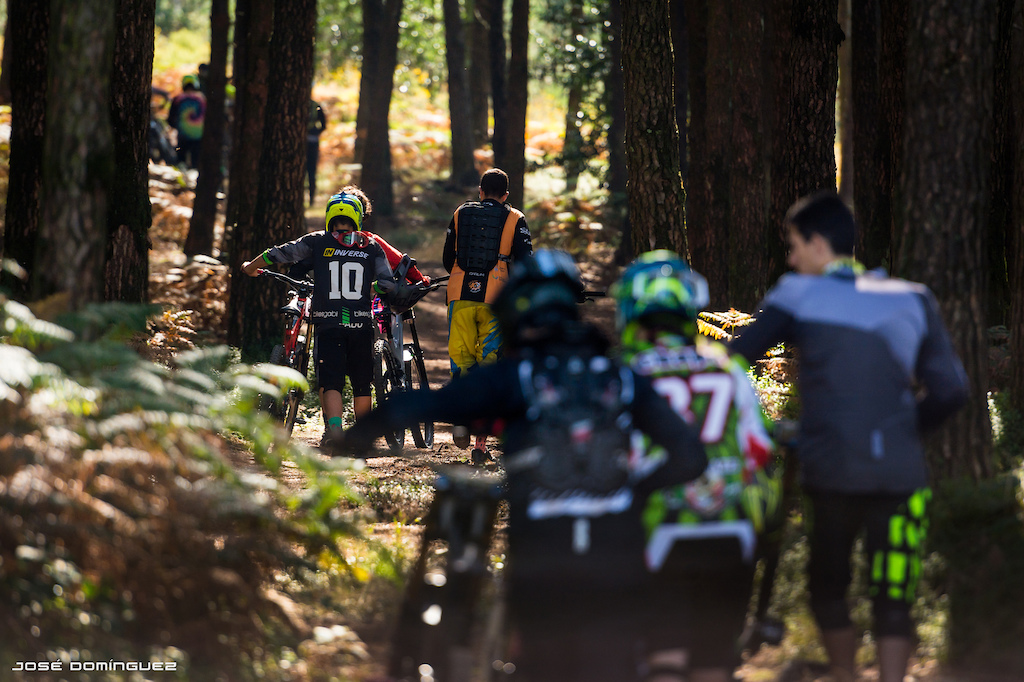 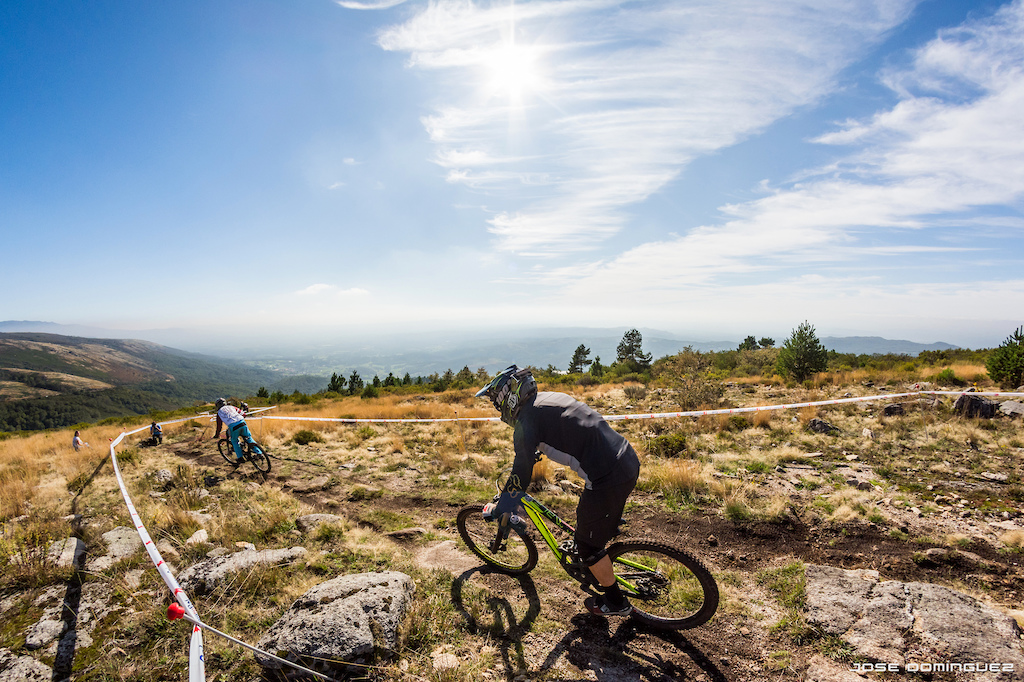 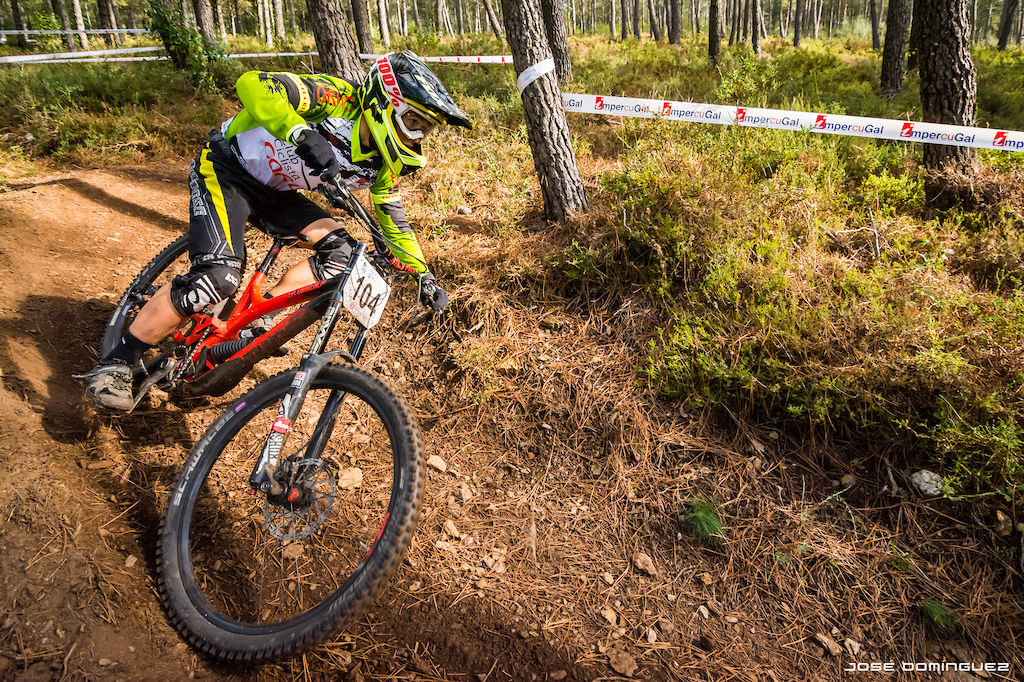 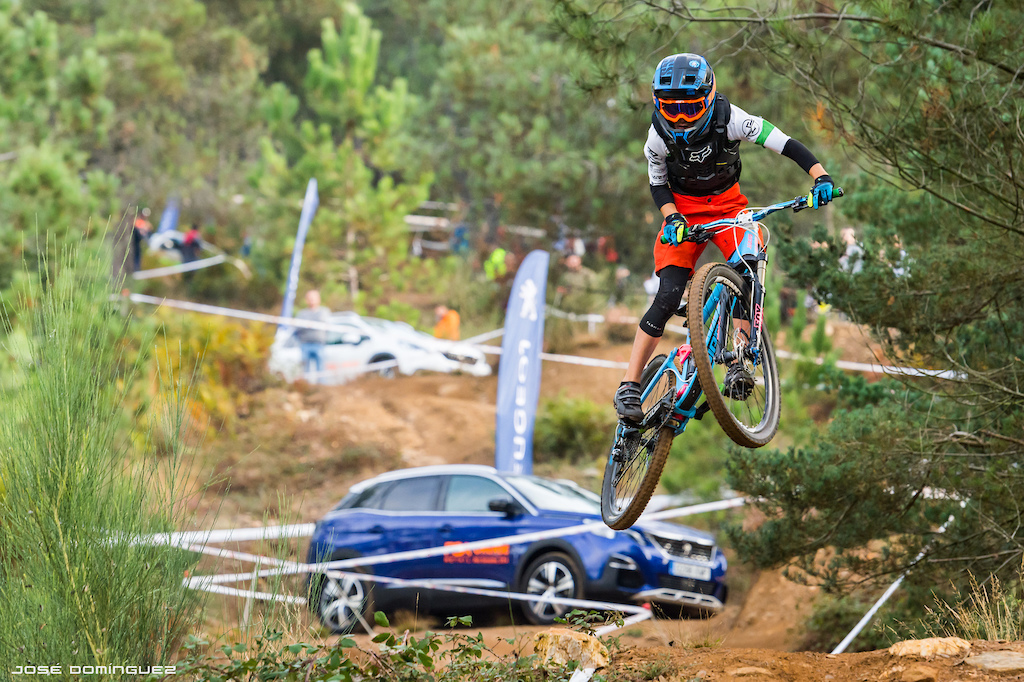 The race started o'clock, and the young shredder Uxío Atrio was in charge of opening the first run. 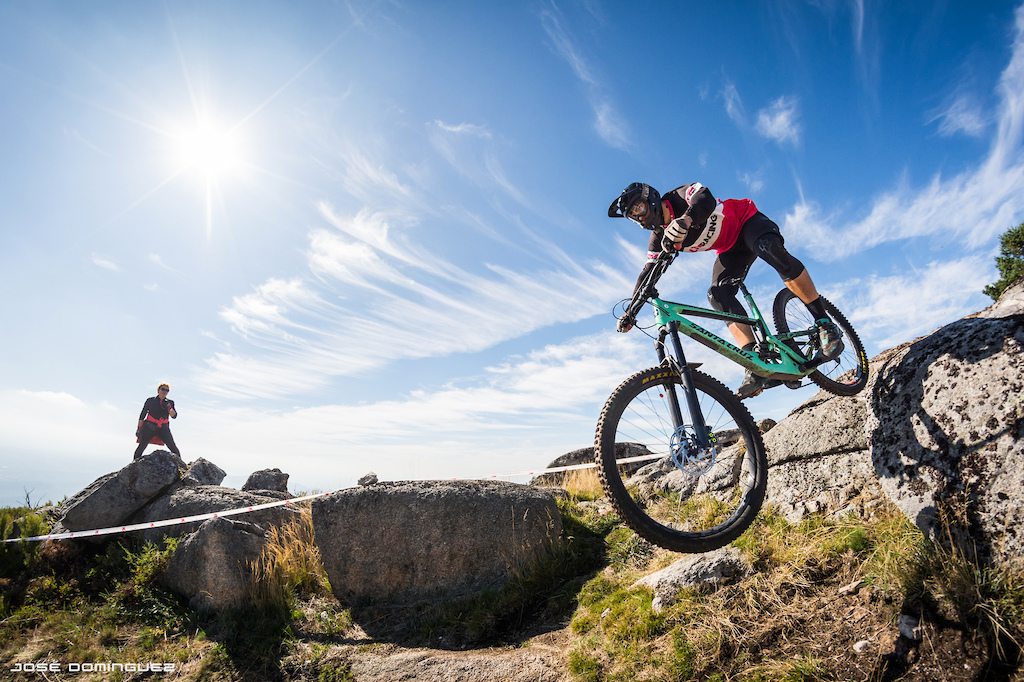 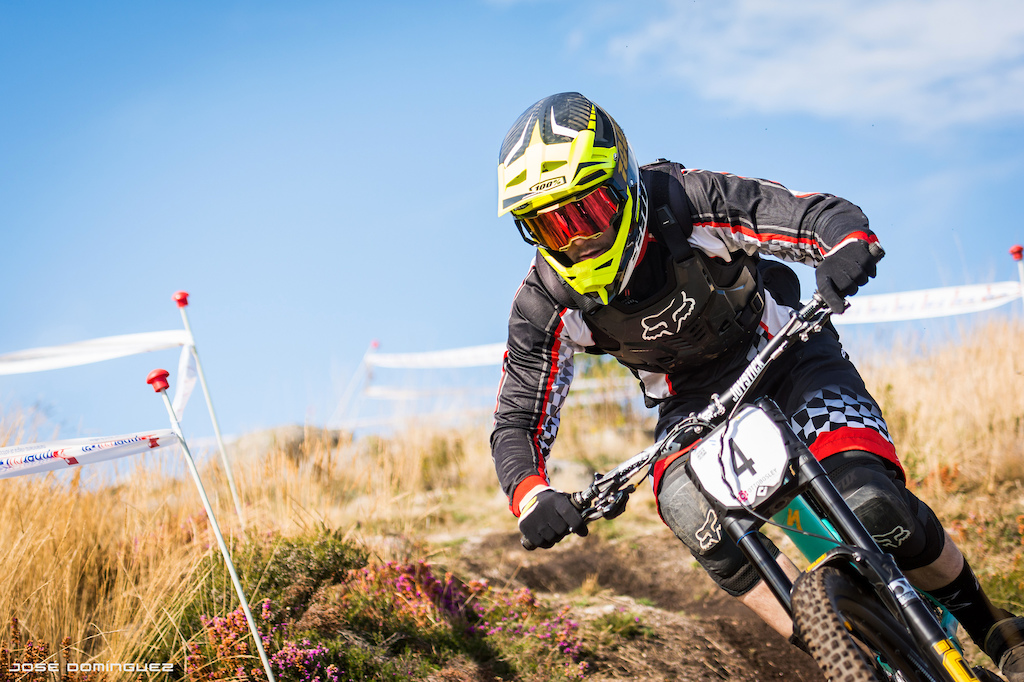 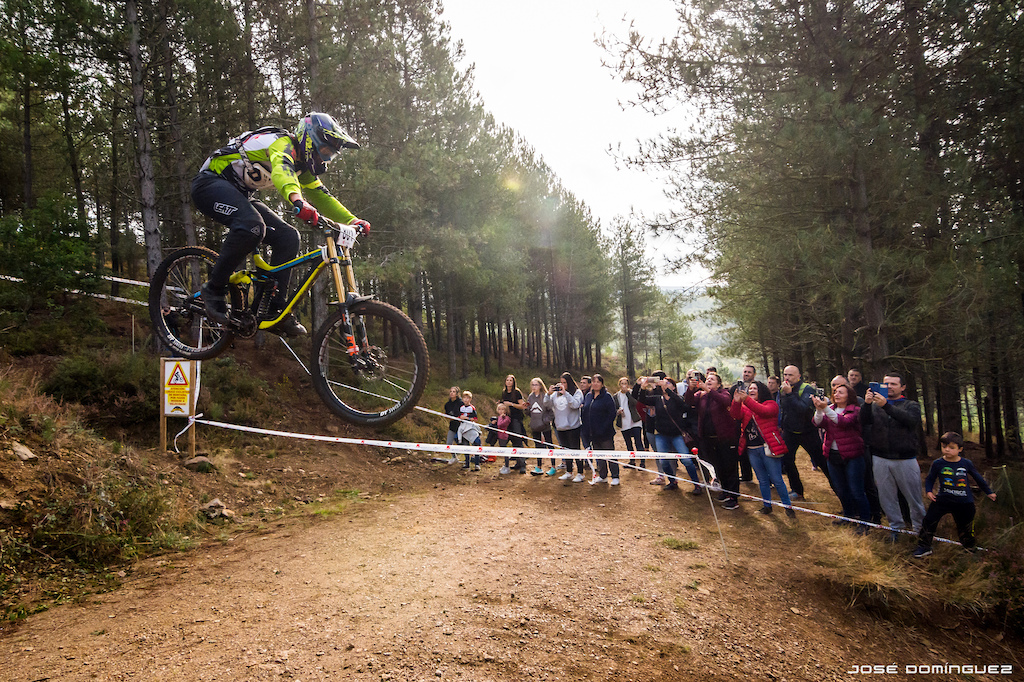 People loves to cheer racers, no matter who. 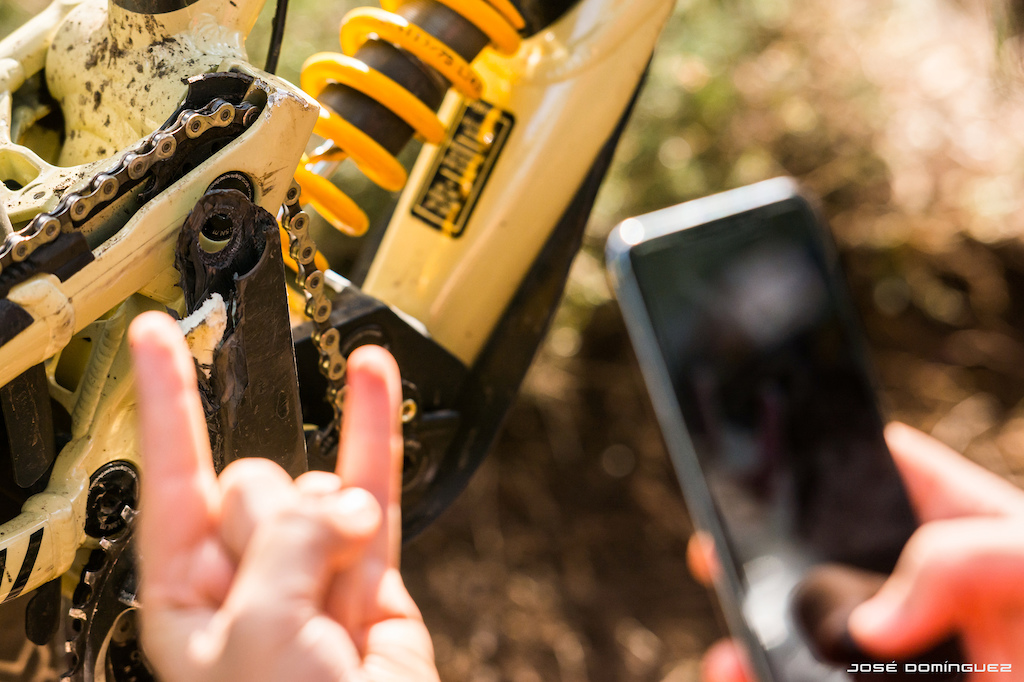 The track was too hard for some bikes. Some rear derailleurs, forks and tubes were killed in action. 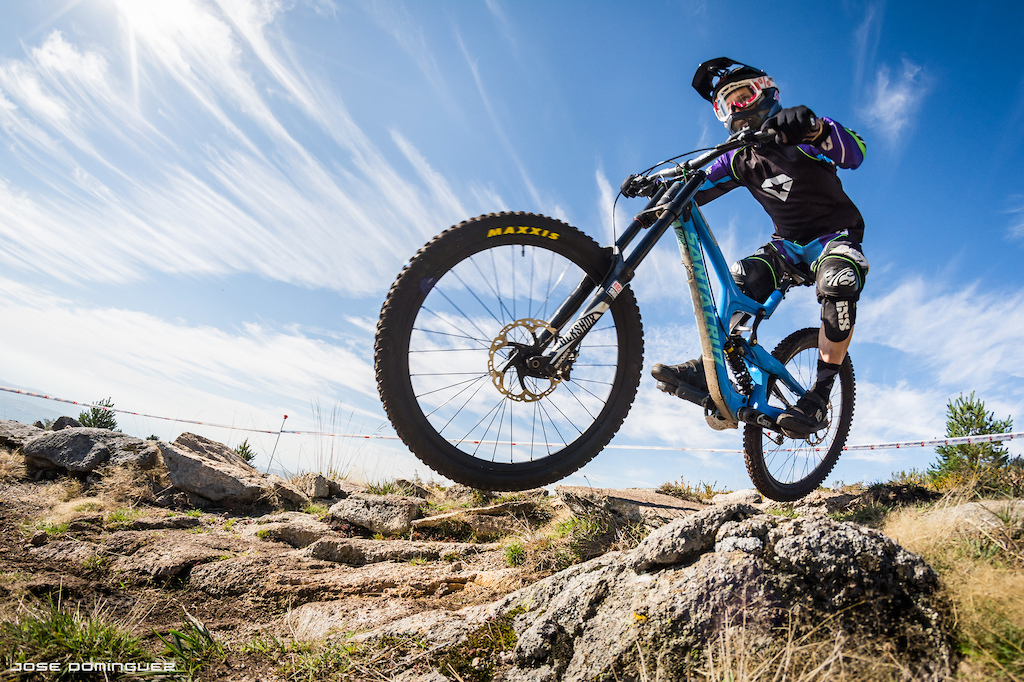 Manuel Verdía won the 40+ category, more than five seconds ahead the next rider. 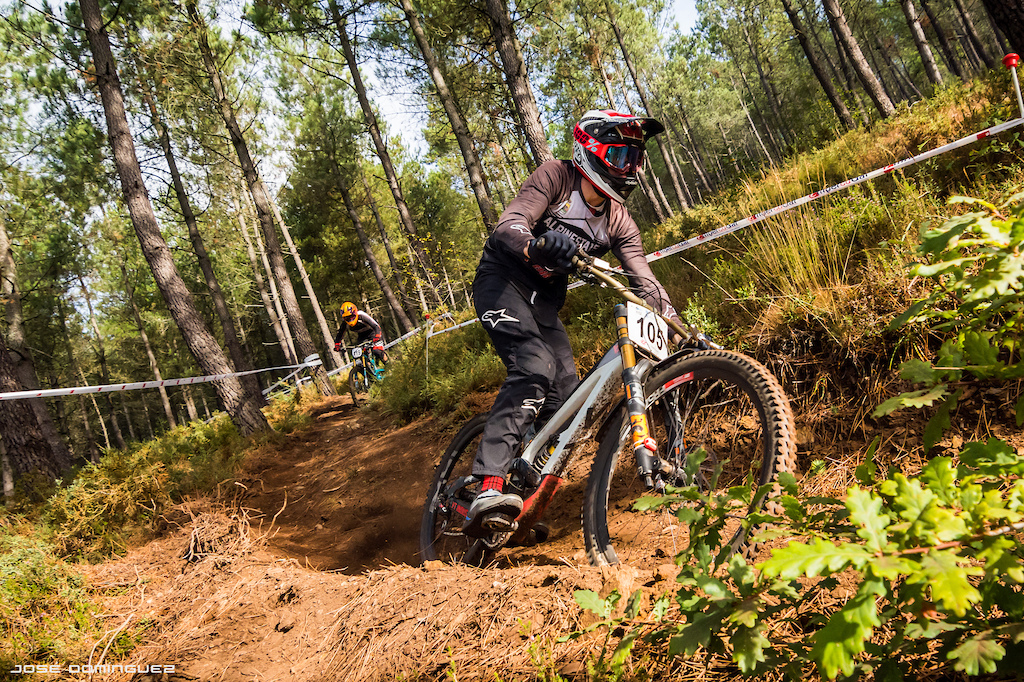 First of the Juniors, Víctor Marino was also the 4th fastest rider overall. 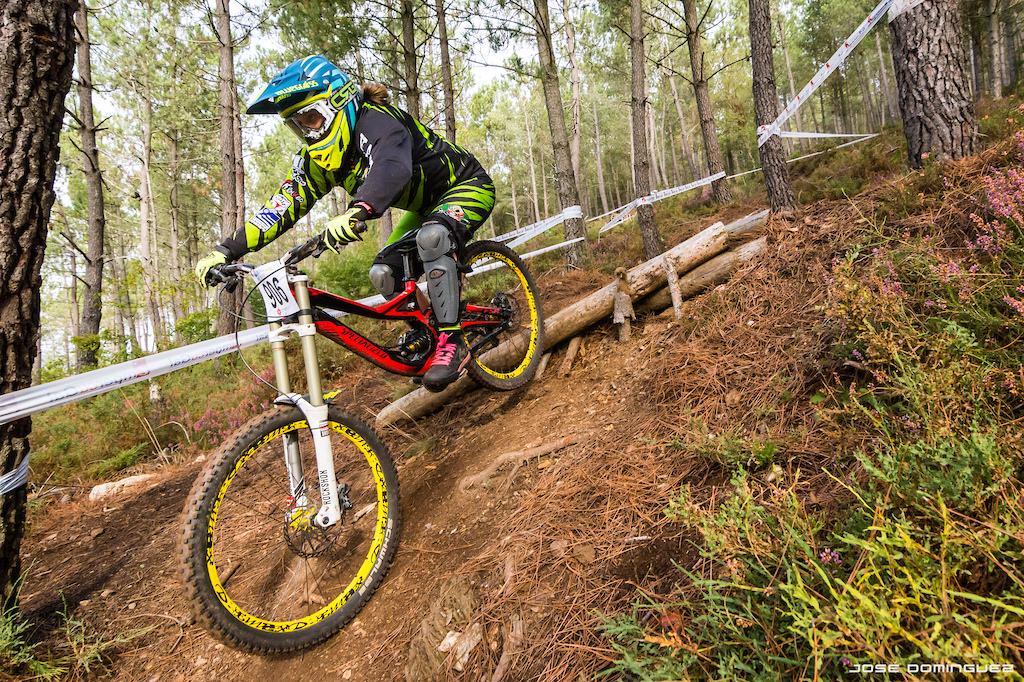 Gemma Chapela managed to get an excellent third position of the Women category on her firs participation on the Galician Championship. 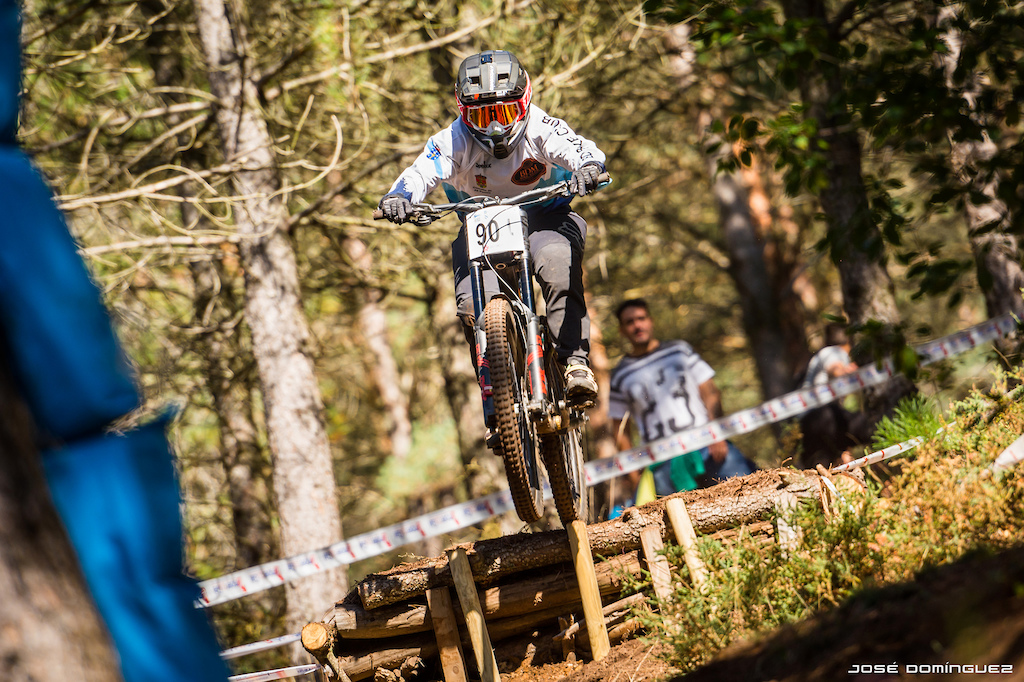 Estefanía Cabarcos, 30+ European Champion, was by far the fastest rider on the Female category, but she was unexplicable blocked by another rider on her final run and could only get the Women's second spot. 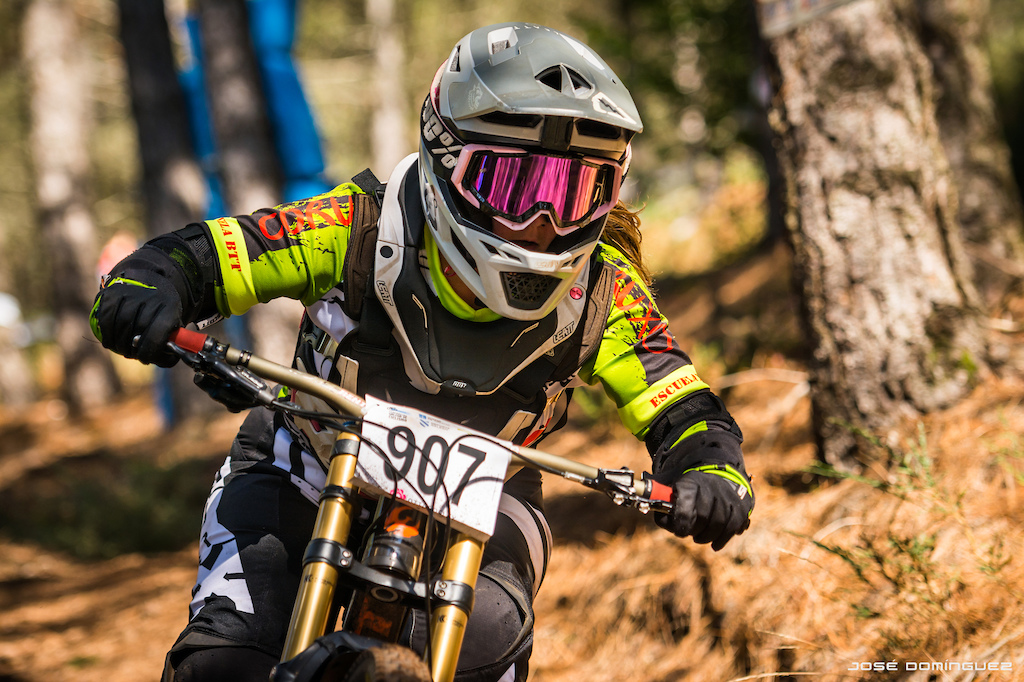 Uxía Alvarez could make a clean and fast run and got a back to back win in this track. 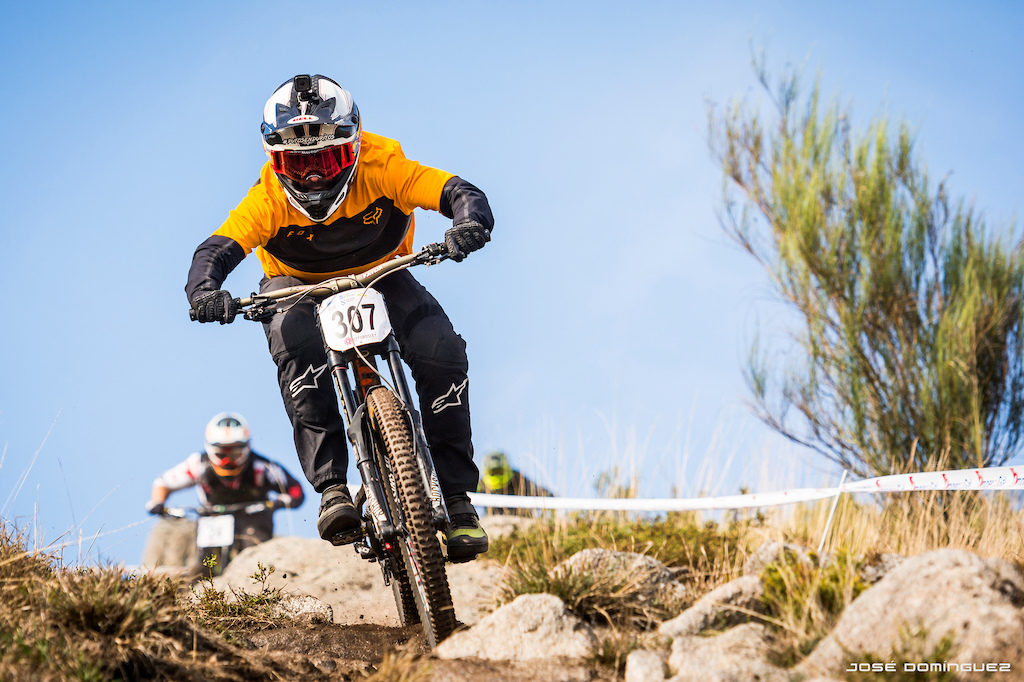 Despite a crash, Manuel Pellon managed to get to the overall podium, finishing in third position. 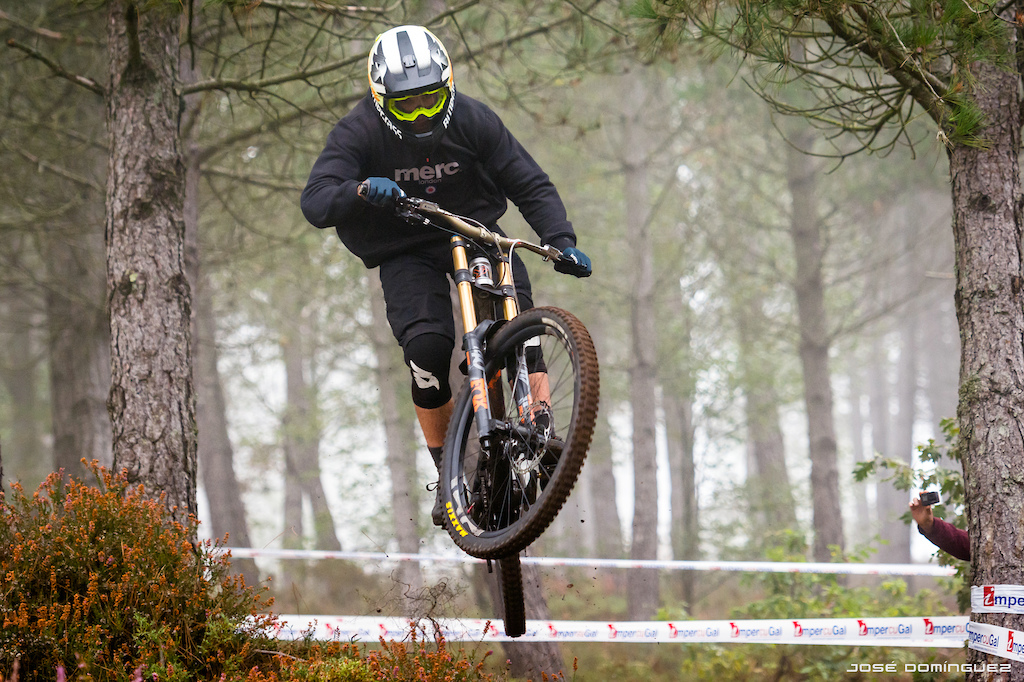 Marco Martínez had a great run, but it wasn't enough to win the race and he finished second overall. He won the Juniors though. 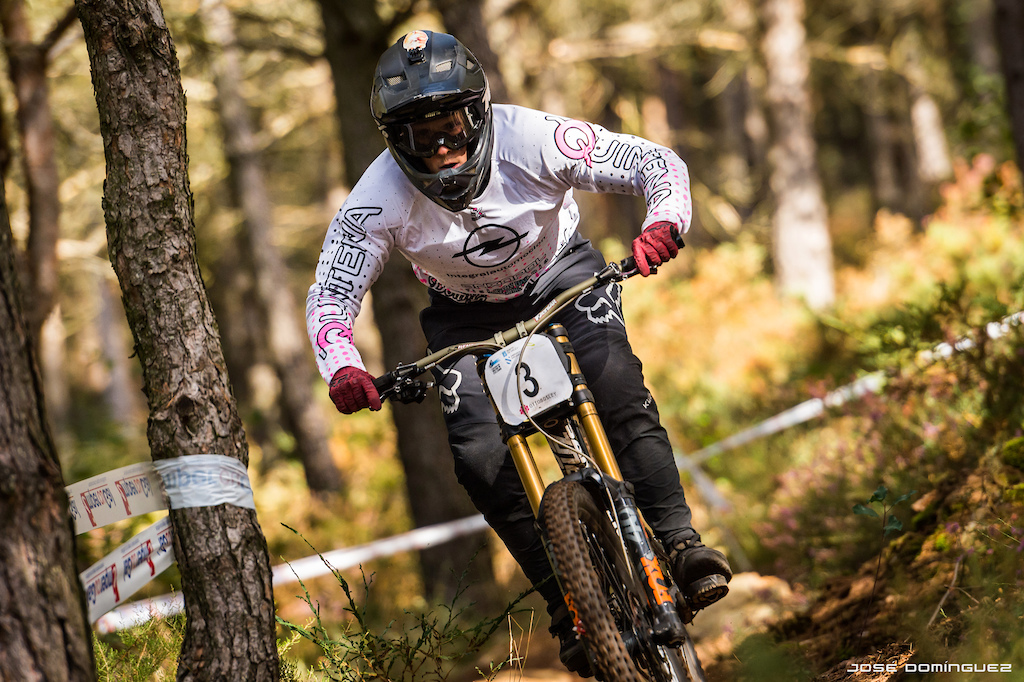 After a perfect race run, Marco Veiga got the top spot of the podium both scratch and Elite categories. 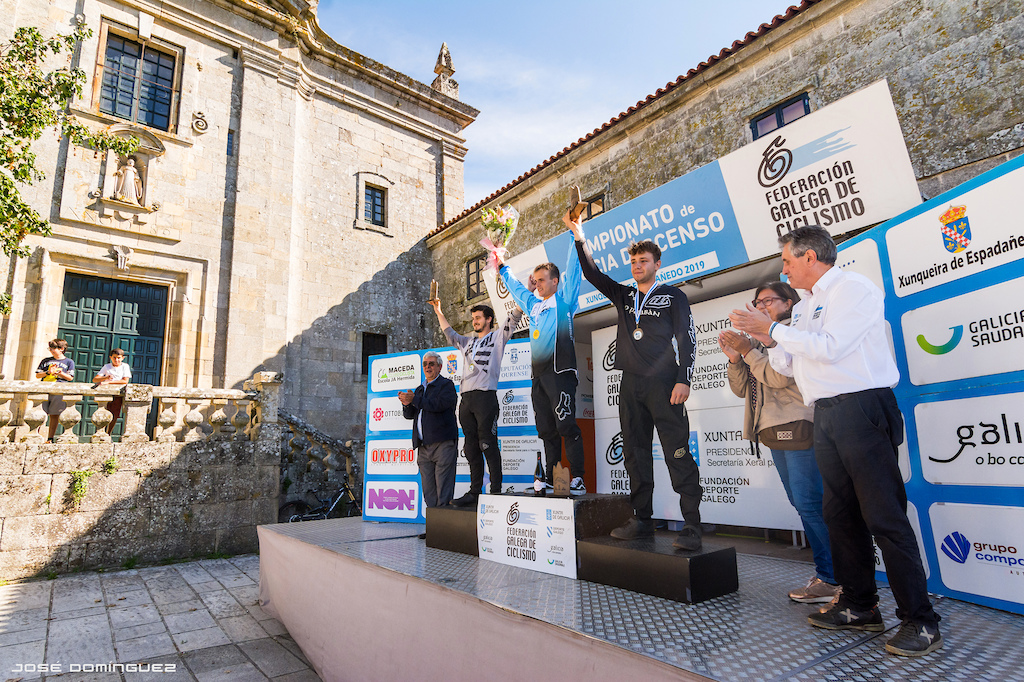 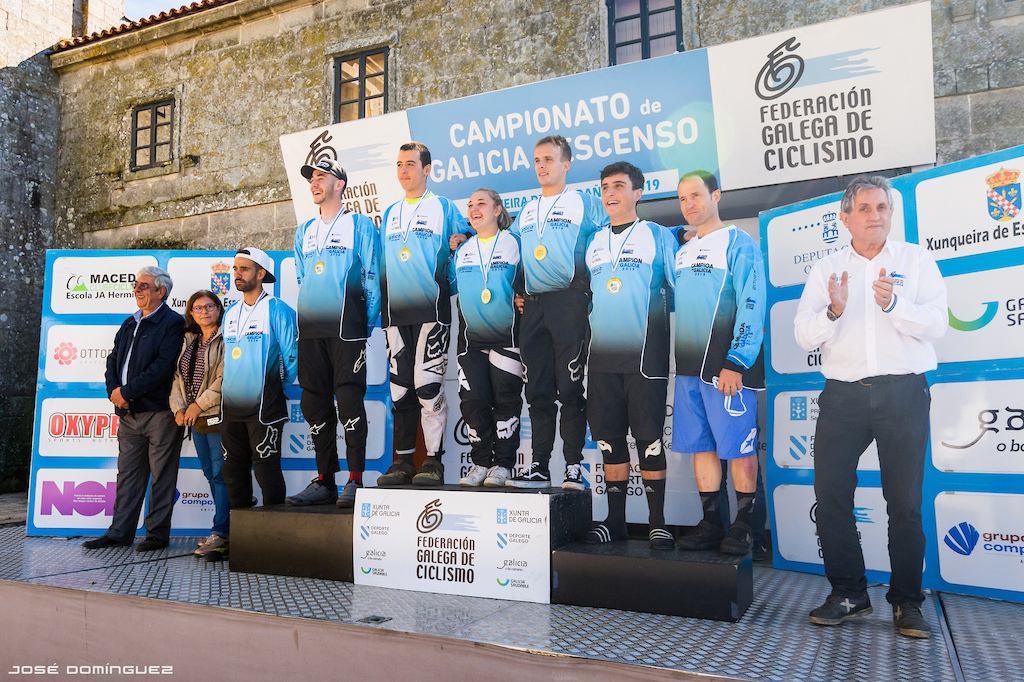 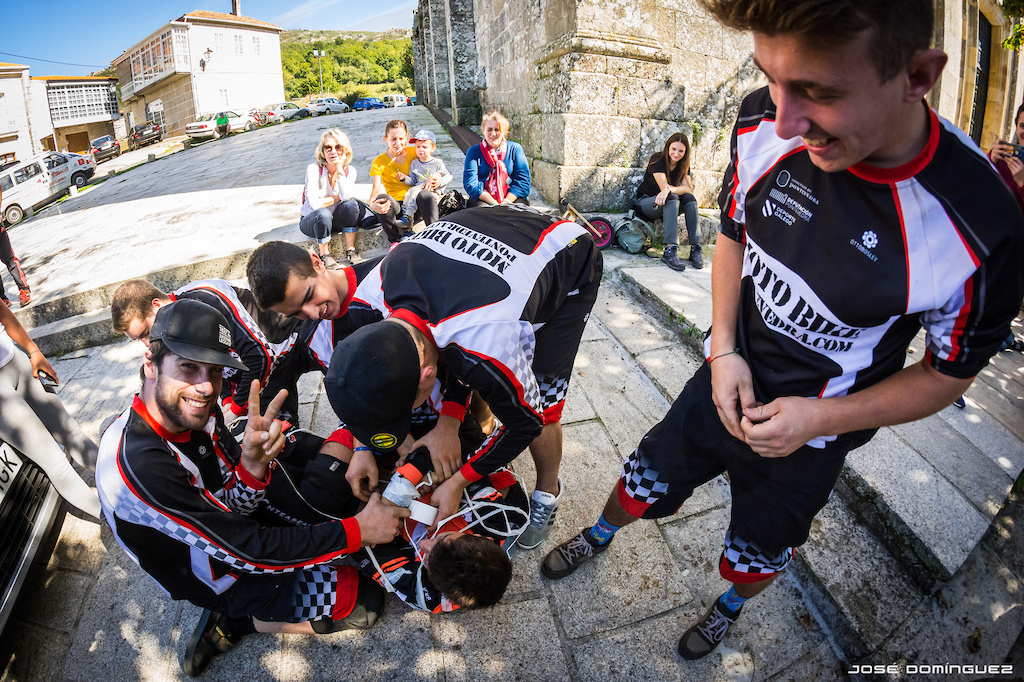 After the podiums, riders become kids. Wrapping up a new podium finisher with duct tape might be some kind of initiation ritual. 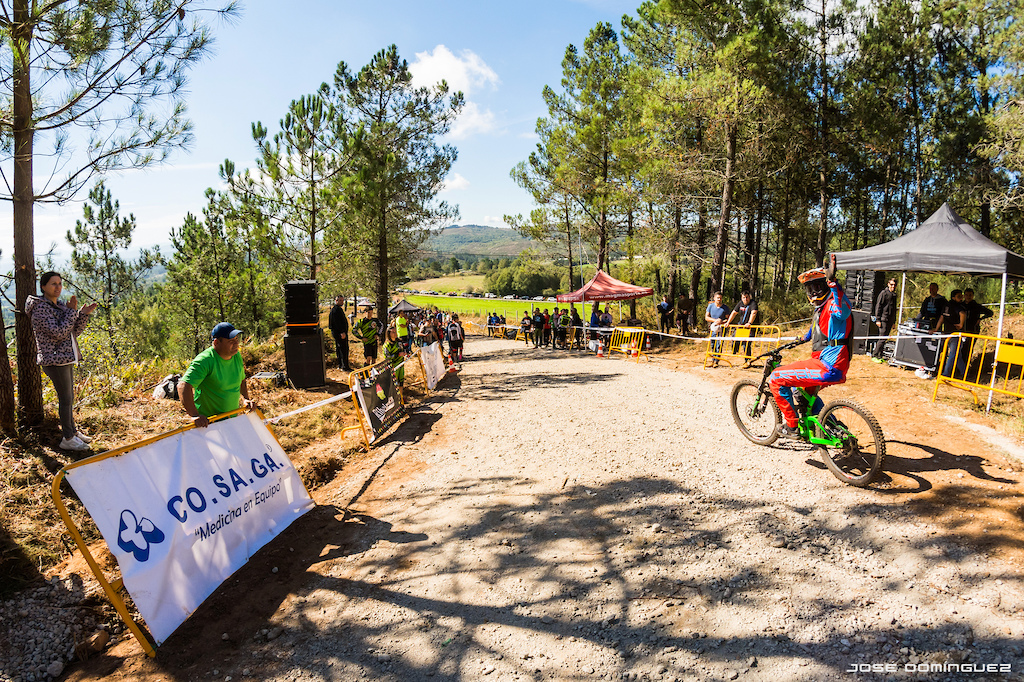 This season is over and the next one will be here soon. And will be great.