Join Pinkbike  Login
It's been 2 years since Gravity Events has hosted an event at Hamsterley and what a year to return, when all eyes were on the event in these crazy times. 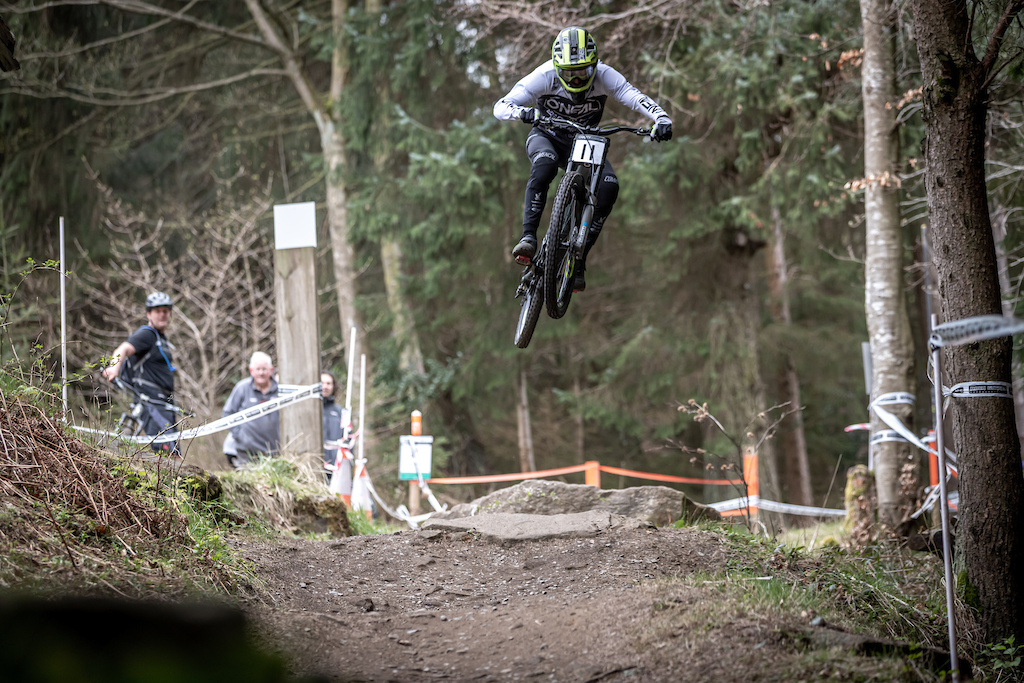 Jack Reading fastest in elite and fastest overall
Not only was this the first of the year for the Gravity events, but also a first event within a Forestry England location since March 2020 and the dreaded word struck that was Covid. Forestry England has been hit hard with visitors hitting en masse due to various lockdown (another banned word) rules and exercise being encouraged outdoors as well as cycling being heavily promoted. Have you noticed if you break your bike recently it's near impossible to get a quick fix? 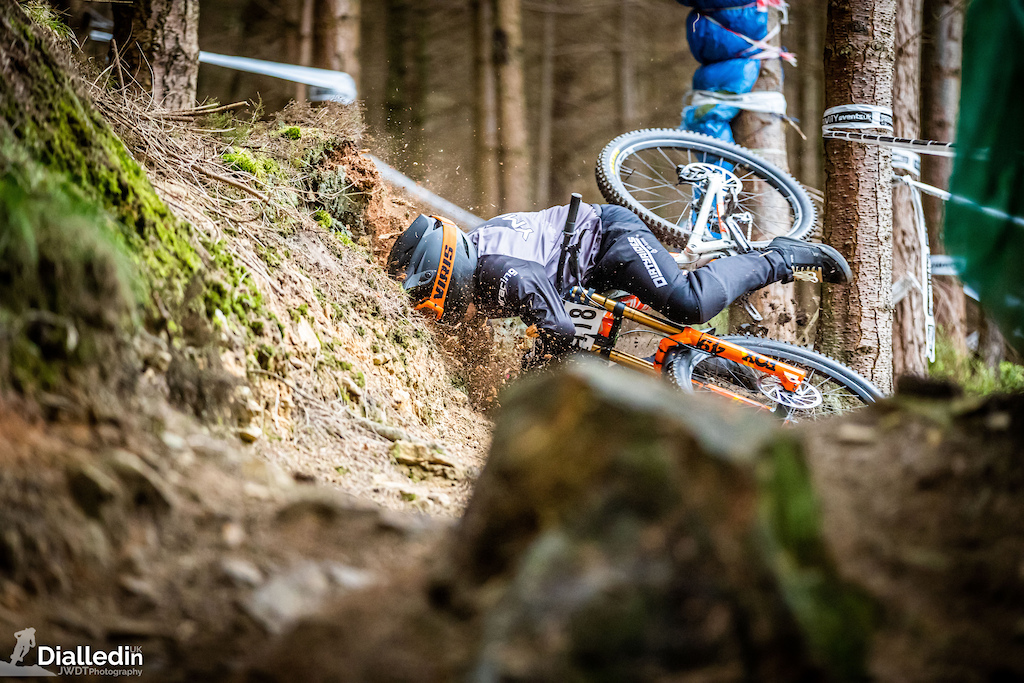 Louie Smith taking a hard hit - rest up and see you shredding again soon
The event itself was located in Danny Hart's Descend Bike Park located far into the forest from the main visitor centre, with a local farmers field providing a place for the racers and their families to stay self sufficiently. The bike park itself doesn't have the greatest amount of elevation to it, but it does boast a plethora of trails winding down the hillside. This is where Malc's experience comes in, and having spoken to many of the racers, they were pretty stoked with the course. It had a bit of everything, rocks, roots, drops, gaps and berms. Full on fast as you dare go top section to the lower course where it became more rowdy with steeper technical sections and a dreaded but short straight and flat, hard on the pedals transition. 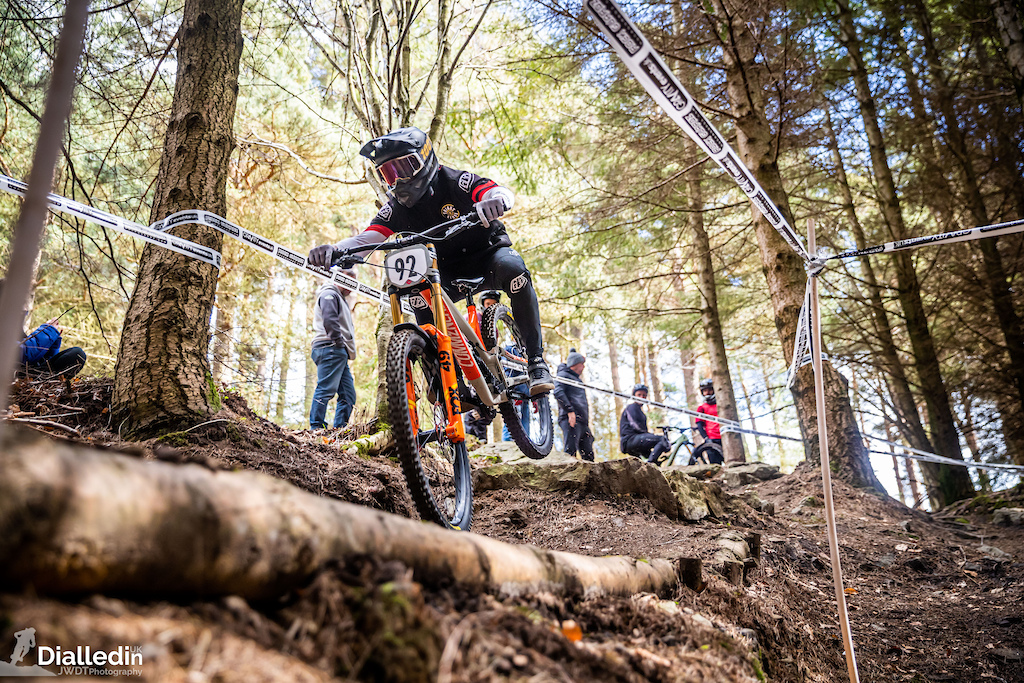 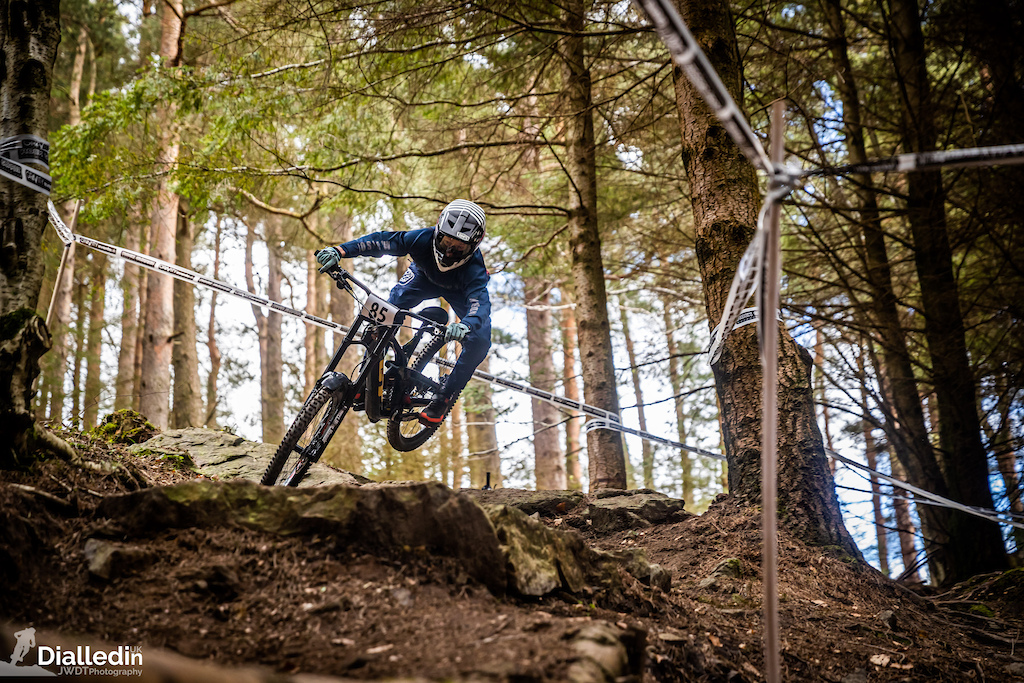 Tee Jay Smith gapping the bus stop
With 200 riders signed on and 191 completing an official time for this event, it was the greatest turn out for Gravity Events since 2018 which sadly never happened due to the Beast from the East. The atmosphere was immense and the thirst to get between the tape was very obvious. 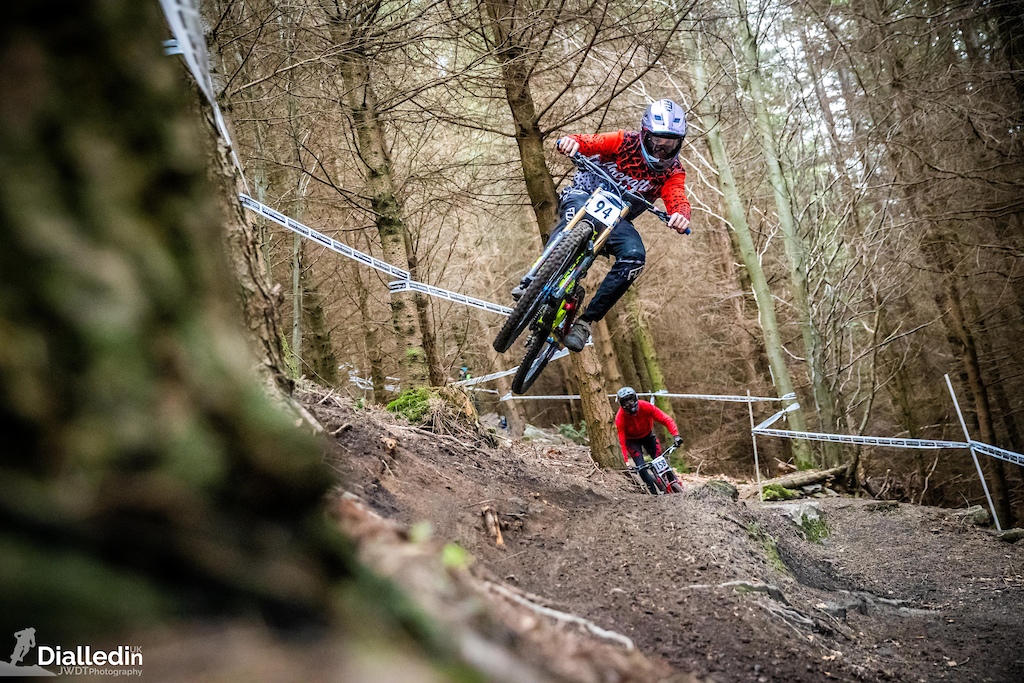 Alex Scarre always takes the style seriously
For a full run down of the results head over to roots and rain, but let's have a look at the overalls and do some special mentions. The fastest time of the day went to Jack Reading (Elite) in a superb 1:21.113 on his second run, just taking the win from Luke Mumford (Elite) by 0.109s, who was leading after the first run and looking rapid all day. The 3rd fastest went to Chris Philogene 0.583s behind Jack. Less than one second separated the top 3 riders with Ad Brayton (Elite) and Scotty Mears (Expert) fractionally over a second behind. That was some super tight racing for sure. An absolutely huge shout out to Adam Biggins (17-18 ) who didn't quite break into the top 10 of the day, he was 12th fastest but the fastest non elite or expert of the day. 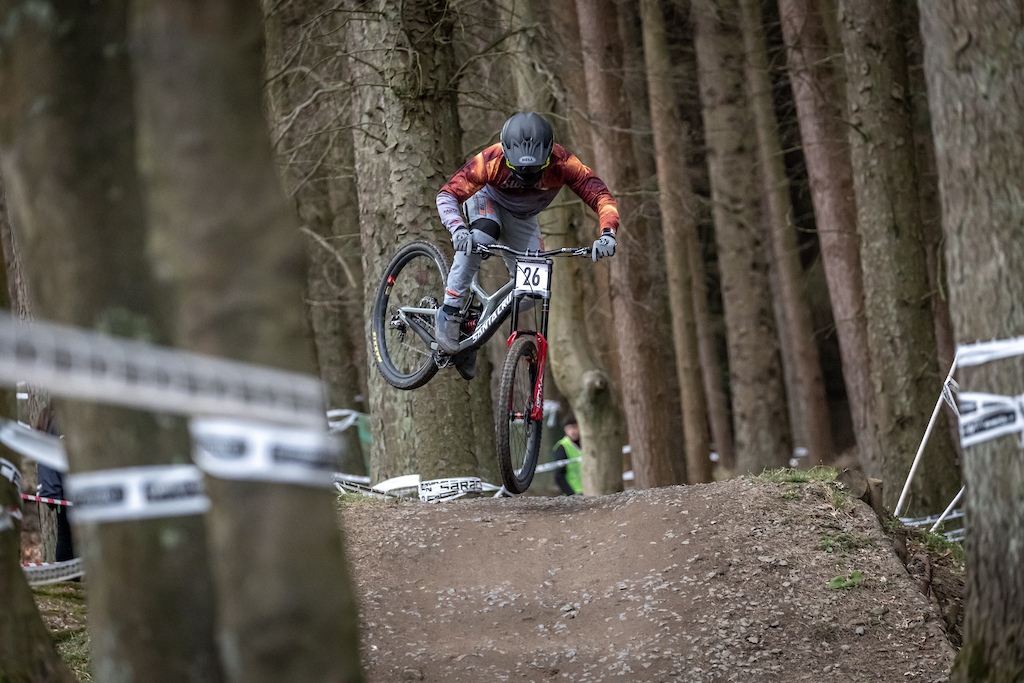 Scotty Mears 1st in Expert and only one race run?
The women's race was an equally fought out battle. 11 women raced and their category split between U19 and 19+, it makes for tough racing for the much younger women. Phoebe Gale took the fastest time in an incredible 1:35.060 followed by Katherine Sharp in 1:40.532 and third fastest went to Anna Craig in 1:42.605. All 3 top women recording faster times on their second runs. With 191 riders in total and only 11 women (5.75%) where are they all hiding. What's holding back more women racing in the MTB world? Comment below. 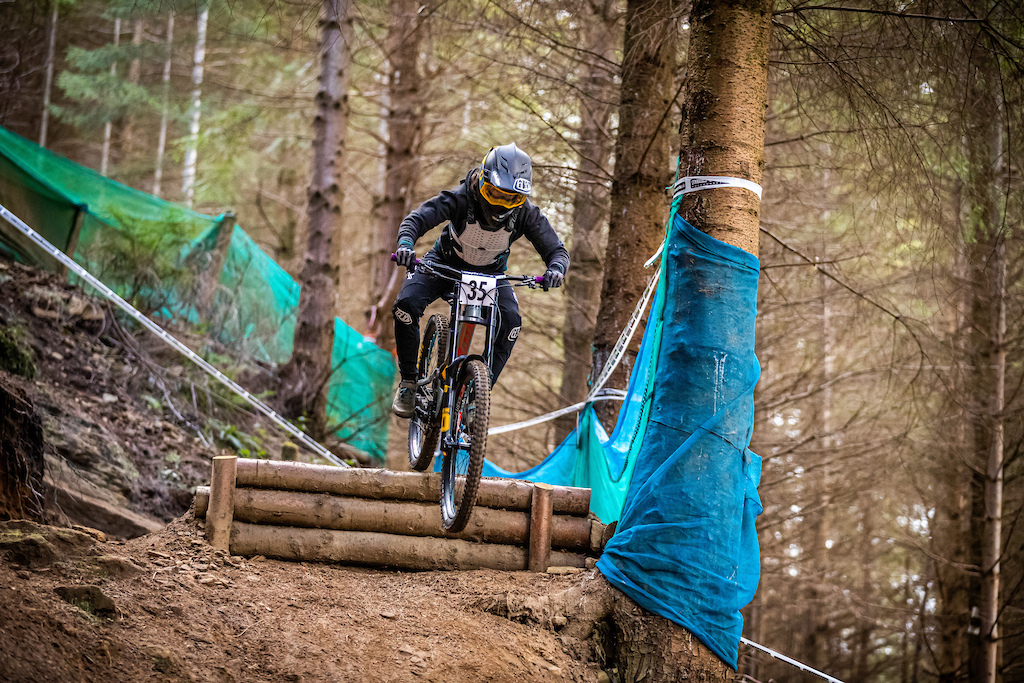 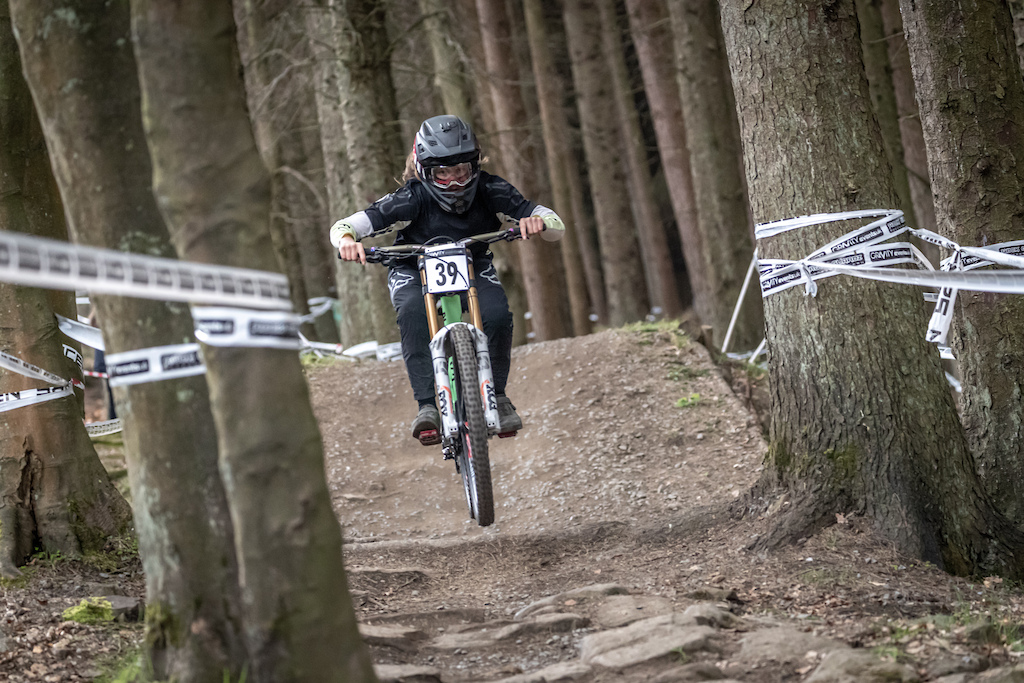 Phoebe Gale fastest woman of the weekend
For more information on the Gravity Events UK and the next round at Llangollen, which is also an HSBC national series, the first round again being hosted by Gravity Events, head over to their website here or their Facebook Pages. Malc sure had the pressure on his shoulders this last weekend, knowing the enormity of situation, the first Forestry England event, his first round and near record numbers racing. Having spoken to many of the riders over the weekend many were happy to be getting between the tape and thoroughly enjoyed the mix up of the trails used.

Here's 4 young riders to keep your eyes on for the future! 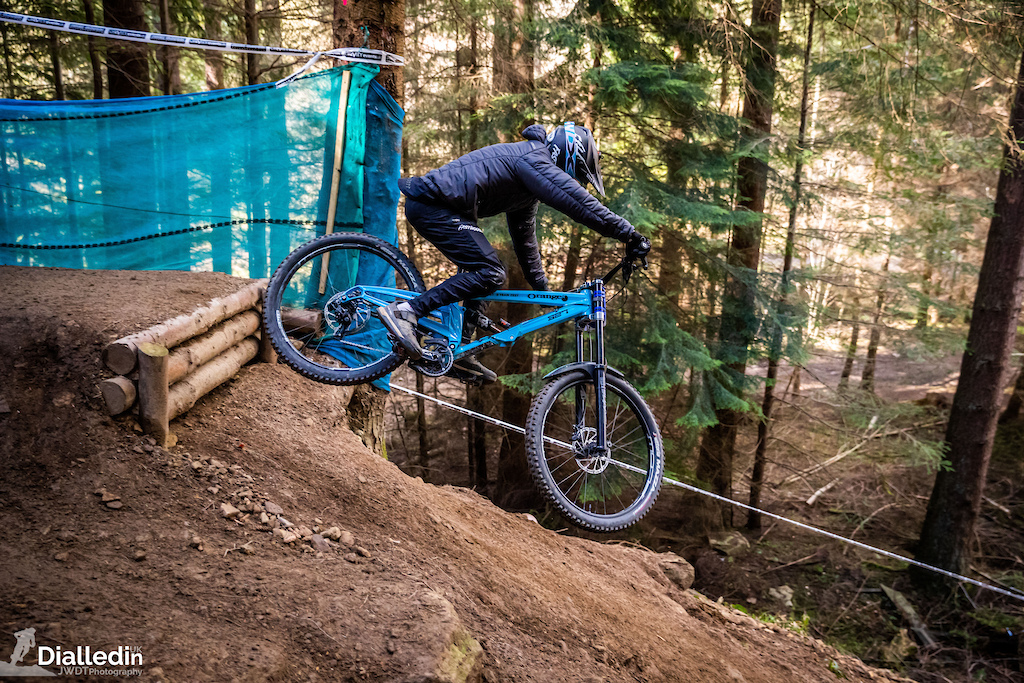 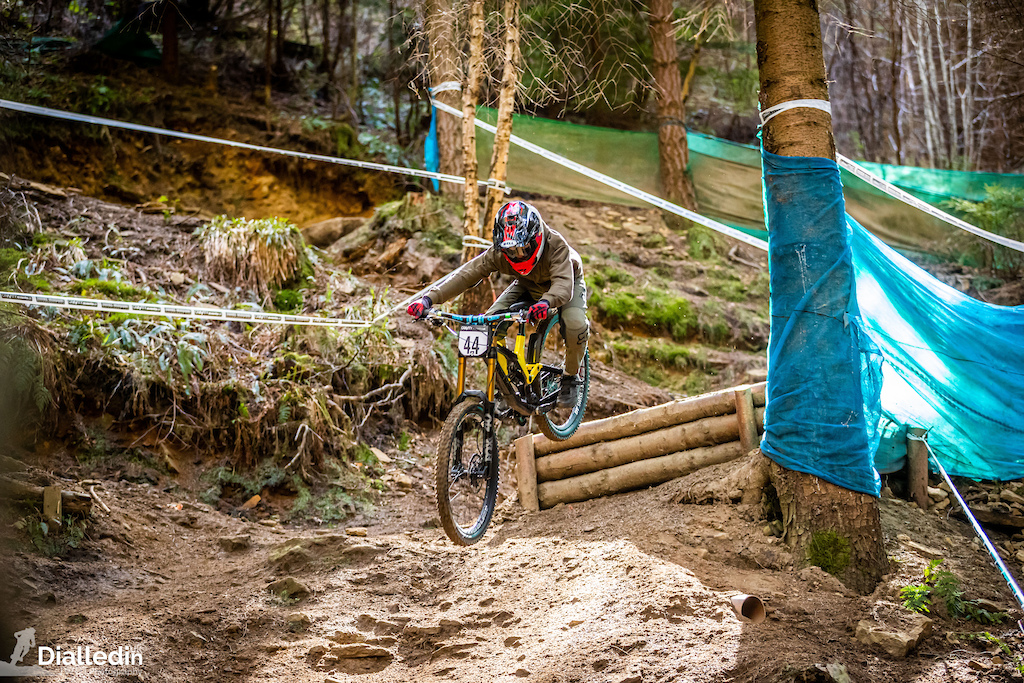 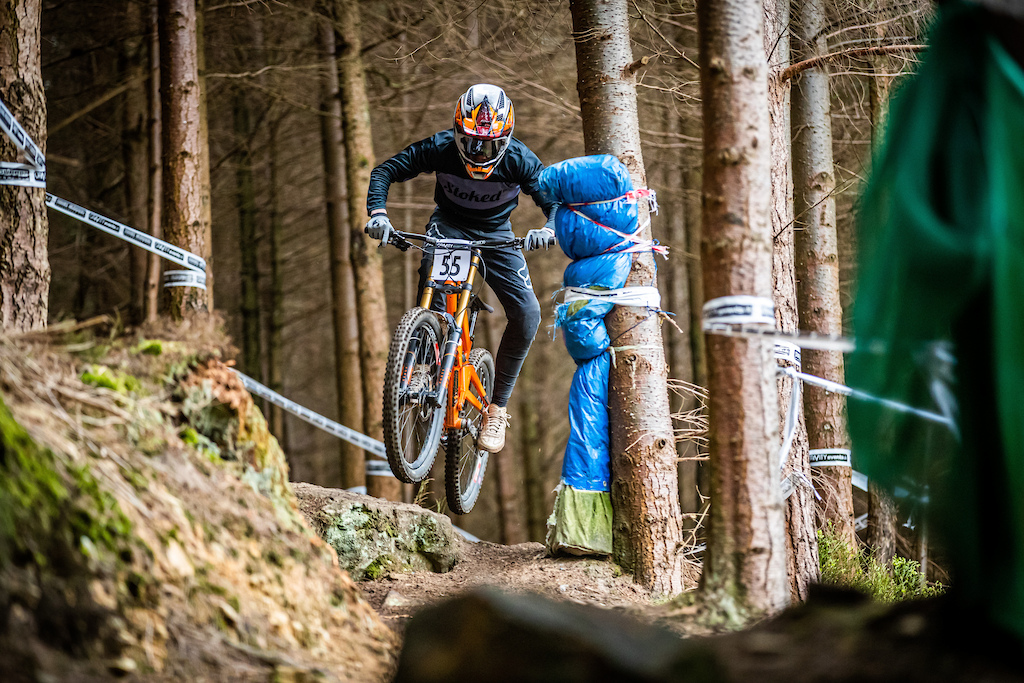 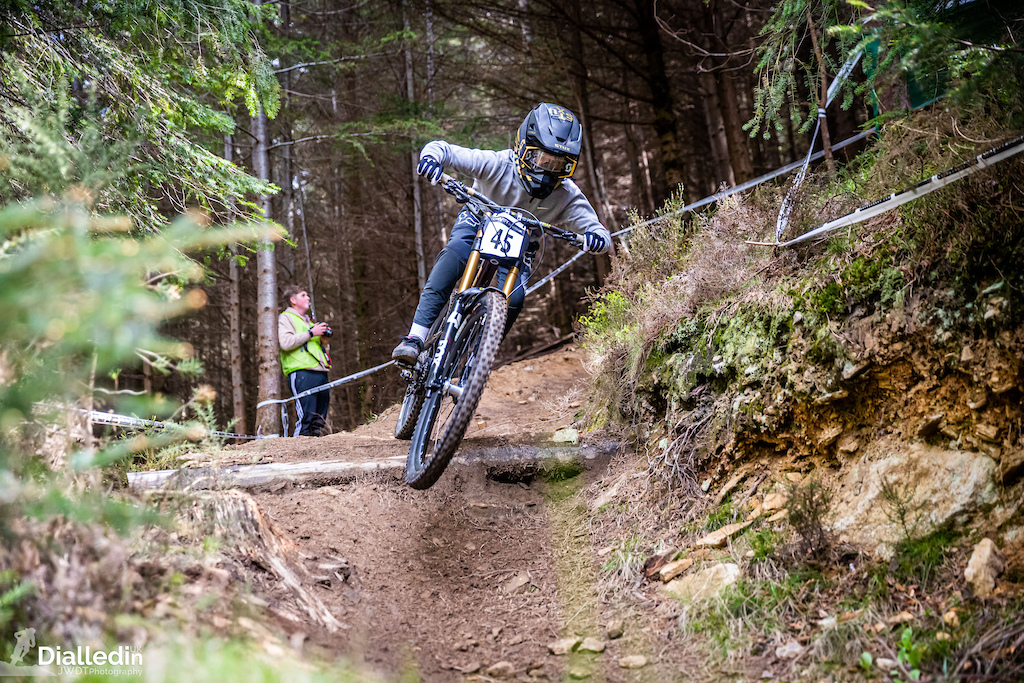 Rocco Brant
Possibly the biggest challenge was the uplift, with such a small hill, huge numbers of racers, the uplift did struggle to keep up, some riders opting to session the top or bottom sections and opted to push back. I think it's fair to say Malc and his team pulled off a great first event in some hugely challenging circumstances.

So that's a wrap for this report, racing is back!!! 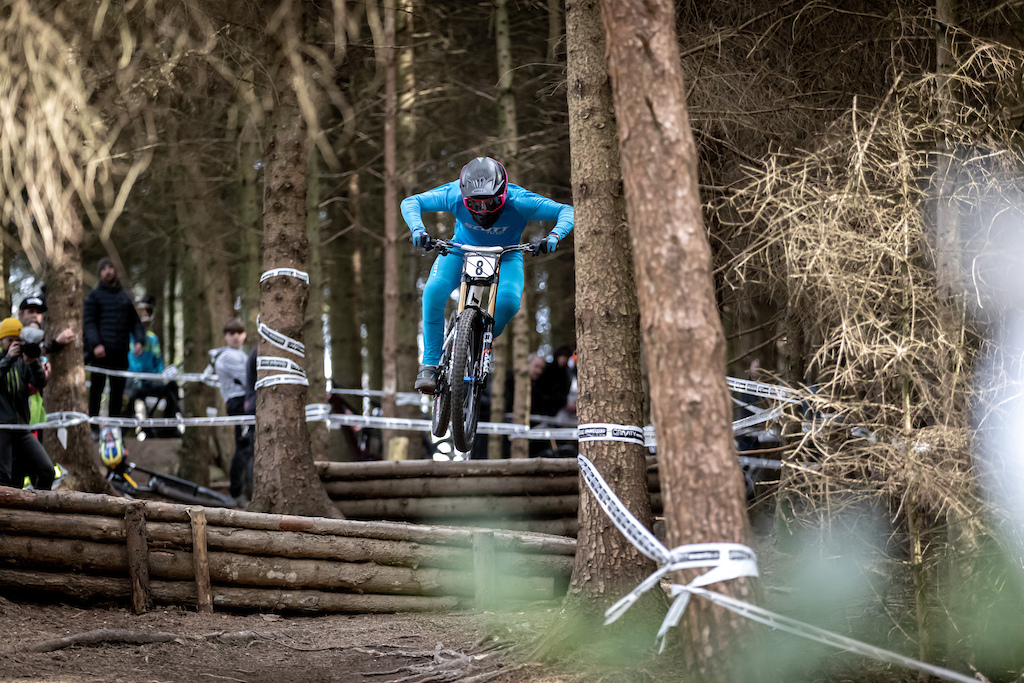 Luke Mumford, a hugely respectable 2nd in Elite and overall 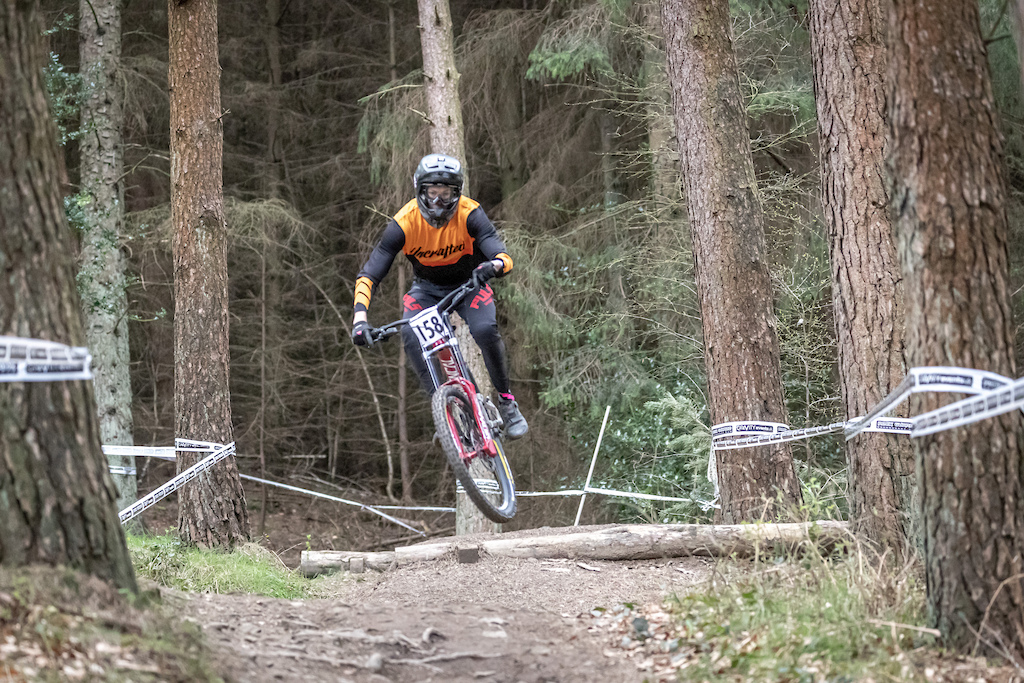 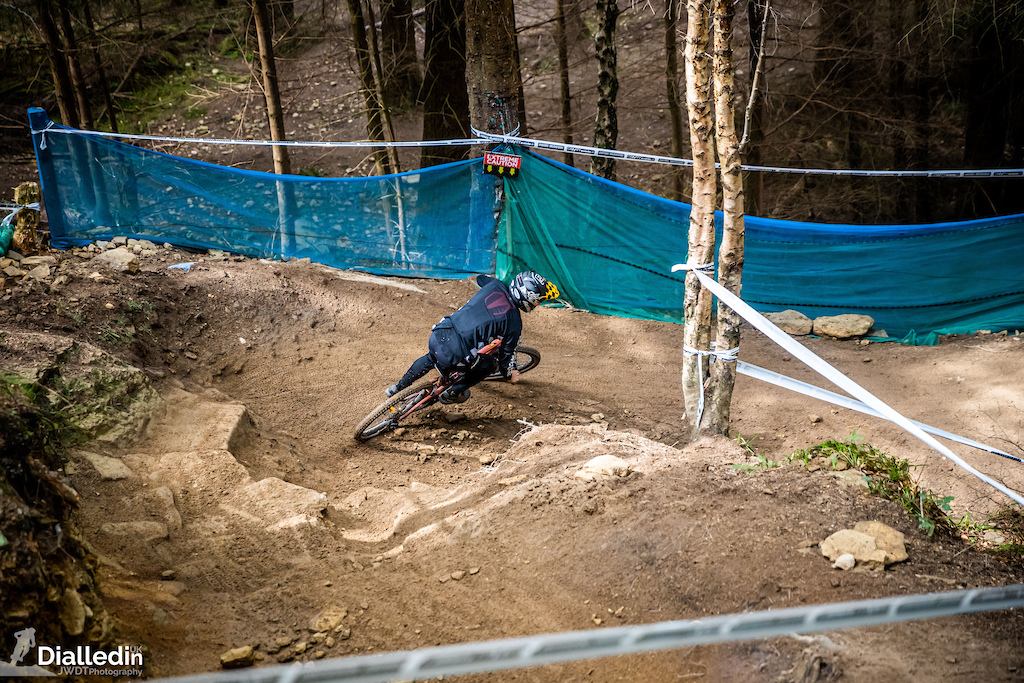 Photos rarely do the steepness justice
Words and photos @jwdtphotography

philv (May 5, 2021 at 1:19)
It's not mentioned but on Monday the 'mini DH' event happened. Kids as young as eight got a chance to race the top section of the track. There were several categories from 8 up to 16 giving novices a chance to race without the pressure of riding the steeper bottom section. My son raced in the 10-12 rippers and loved it, the first run was bone dry and the second run in the soaking wet after the rain moved in. Seeing some of the younger talent was eye opening with regard to when I was a kid. The kids all had a laugh with each other when queuing at the start and the crowd was full of parents screaming for theirs and other kids. I'm hoping the rest of the gravity series this year has a category my son can race.

Malc89 (May 5, 2021 at 5:30)
@JWDTphotography: excellent write up fella , Event team are all shattered but glad we could kickstart racing in the UK. Massive effort to get this one out of the bag , let’s go racing AGAIN!

si-paton (May 5, 2021 at 2:38)
Thanks to Malcolm Dunn and his team for putting on a great event along with the help of the race marshals and BC Commissaires. Looking forward to getting between the tapes again real soon.