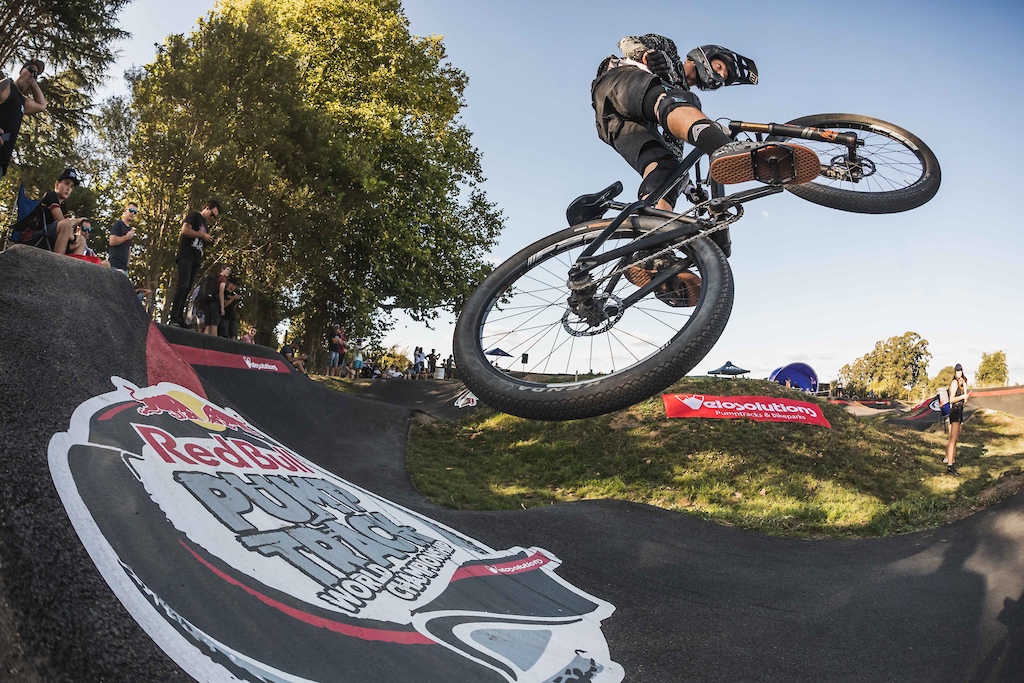 The New Zealand Qualifier for the Red Bull UCI Pump Track World Championships went down to the wire over the weekend with a global field of riders pitted against some of the best local talents at the brand new Velosolutions Pump Track in Cambridge.
⠀
The Women's final race saw Jessie Smith, current Elite Junior BMX Champion secure her World Final ticket to Leogang, Austria after London Olympic medalist, Sarah Walker made a small mistake in her last run forcing her to leave the course. Smith was left with a victory lap of sorts to sign and seal her win. Current NZ Elite Woman's BMX Champion, Rebecca Petch secured the 3rd step on the podium against Dutch rider Manon Veenstra.⠀ 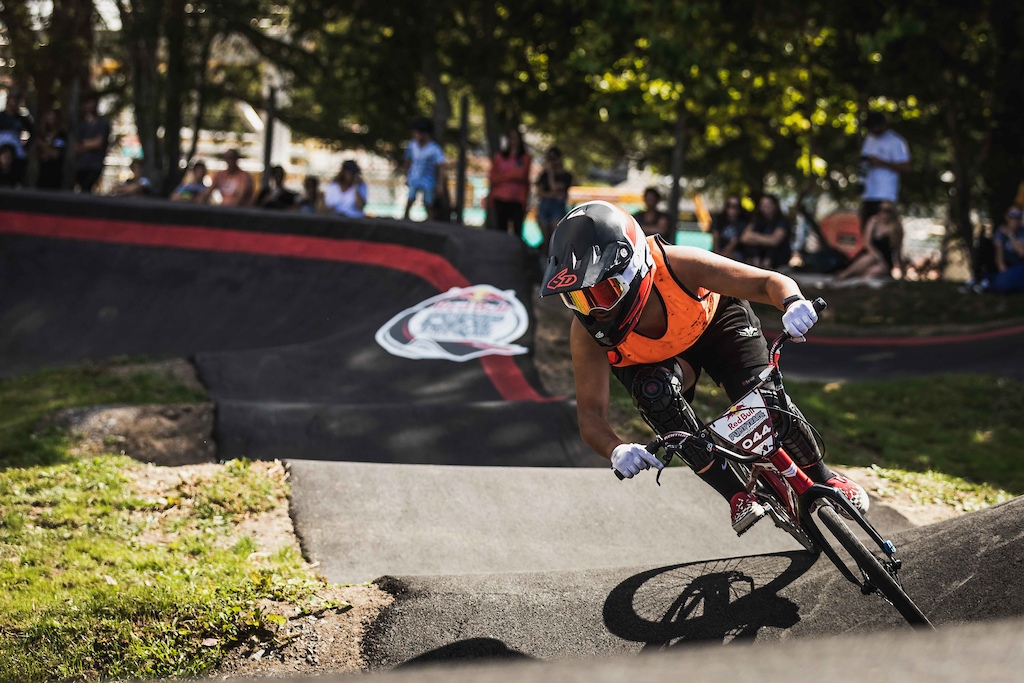 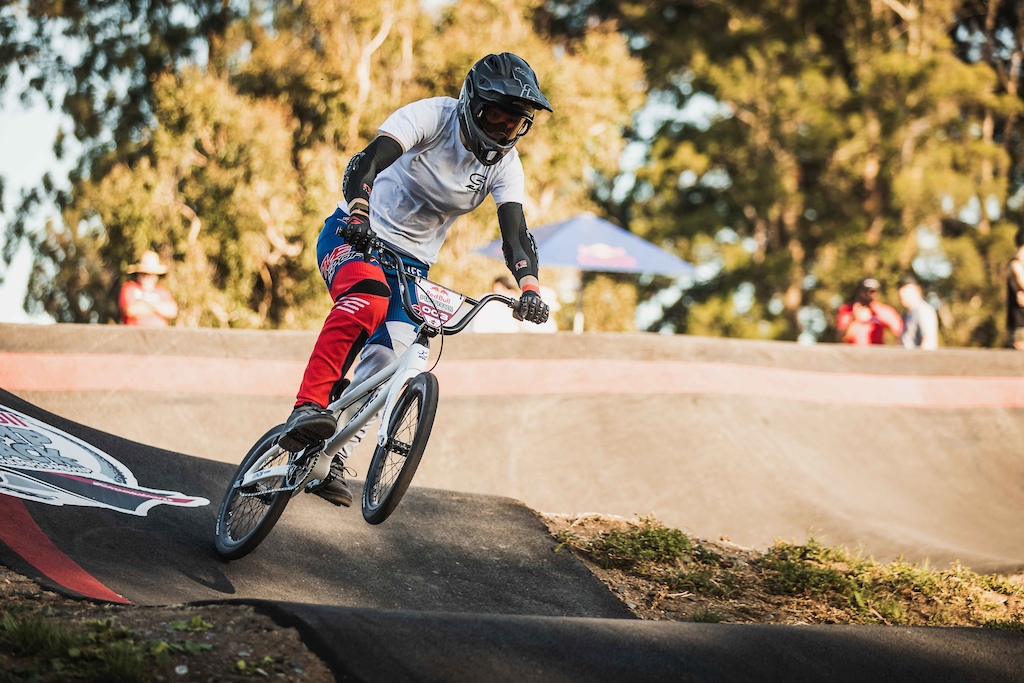 The current Elite National BMX Champ, Michael Bias secured his place in the Men's category after beating out the current King of Crankworx leader, Bas van Steenbergen in the first semi-final. Bennett Greenough and Jayden Fleming battled it out in the second semi-final with Greenough eventually taking on the final battle against Bias. With a mere .200 of a second making the difference between the top 4 all day long, it made for a fiery day of racing with Bias taking the podium win in fine form. 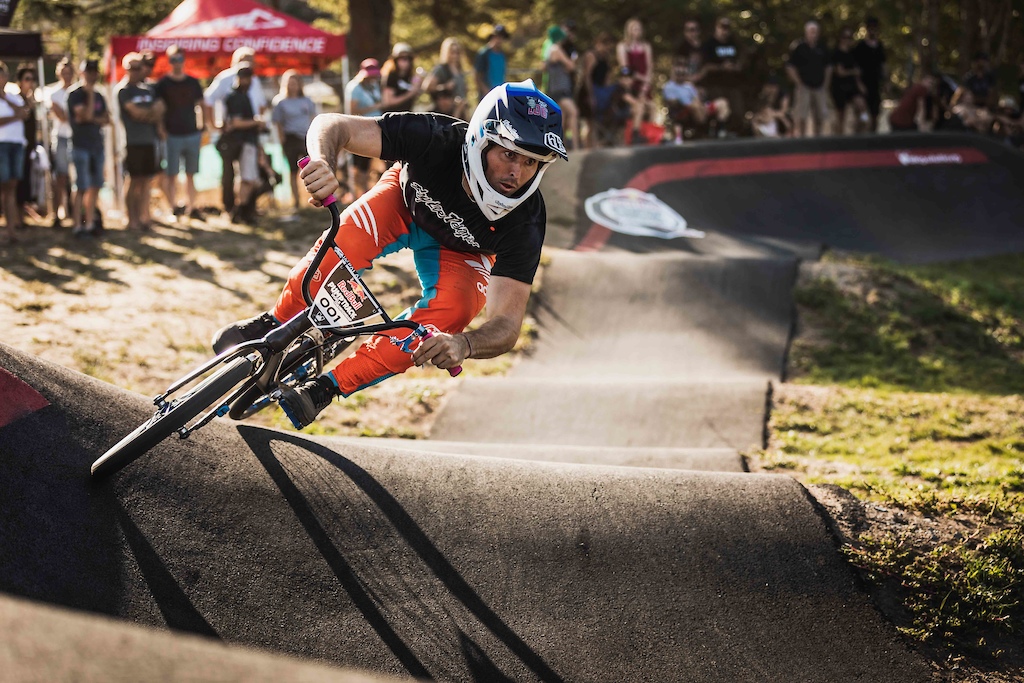 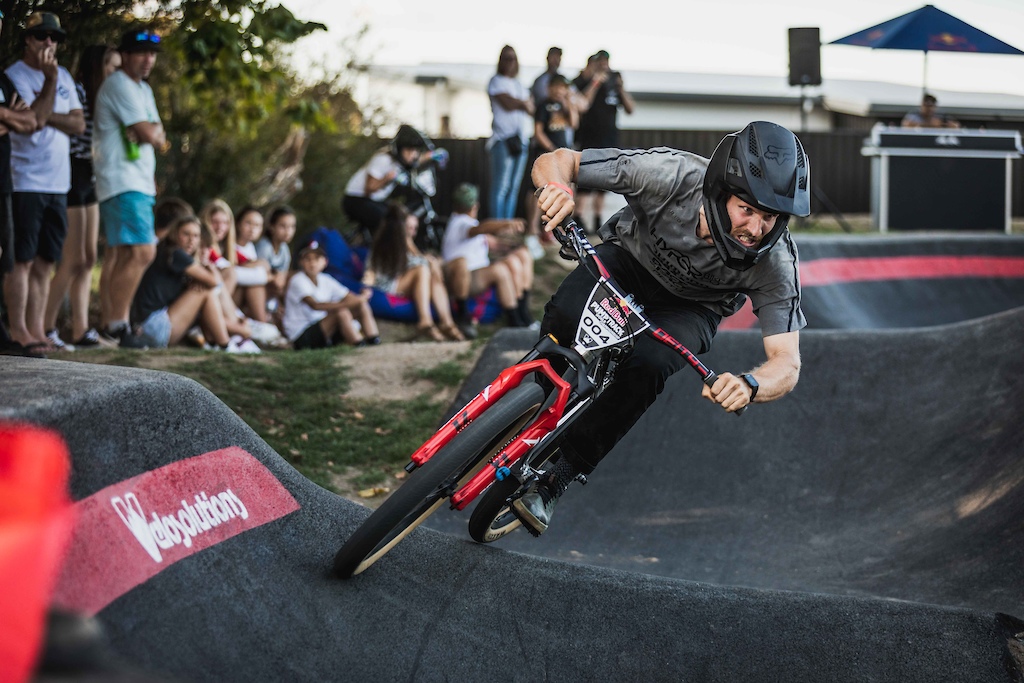 For more race information head over to http://redbullpumptrackworldchampionship.com 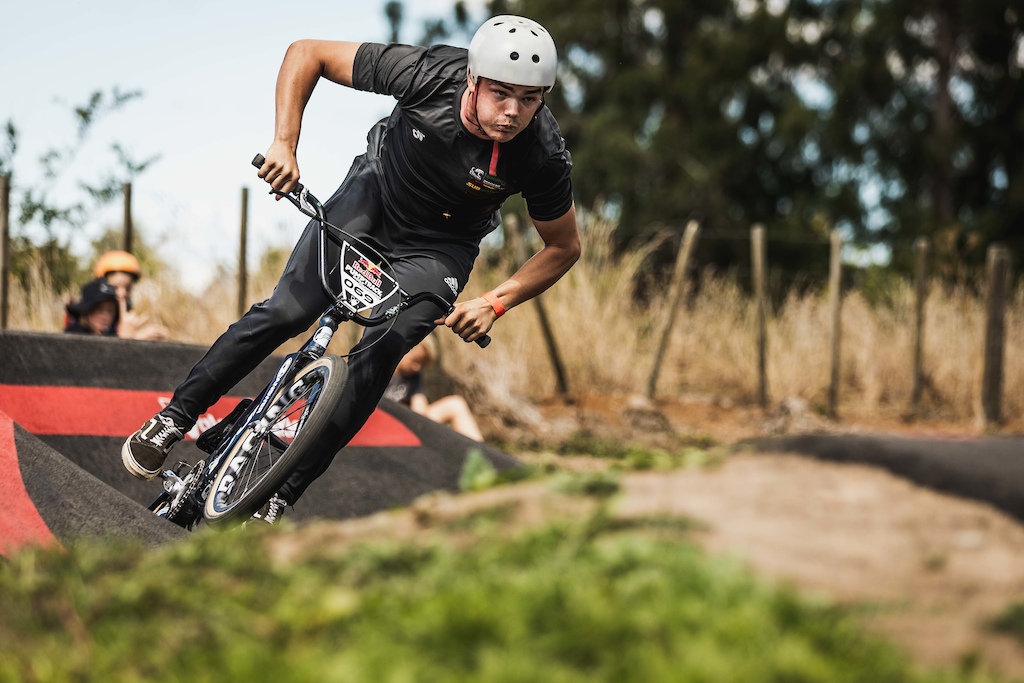 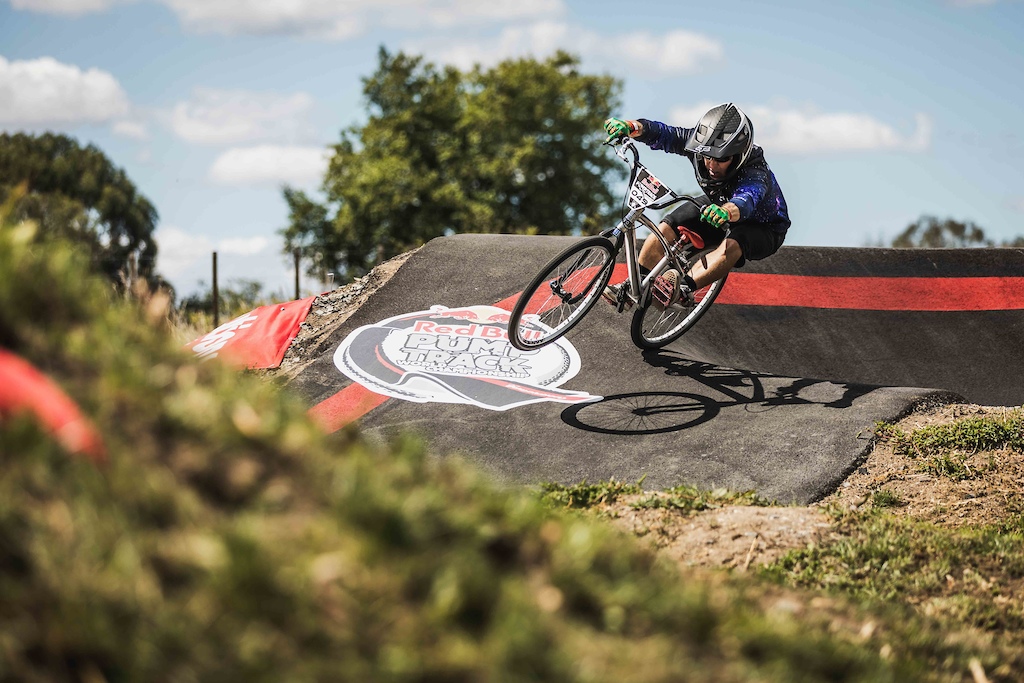 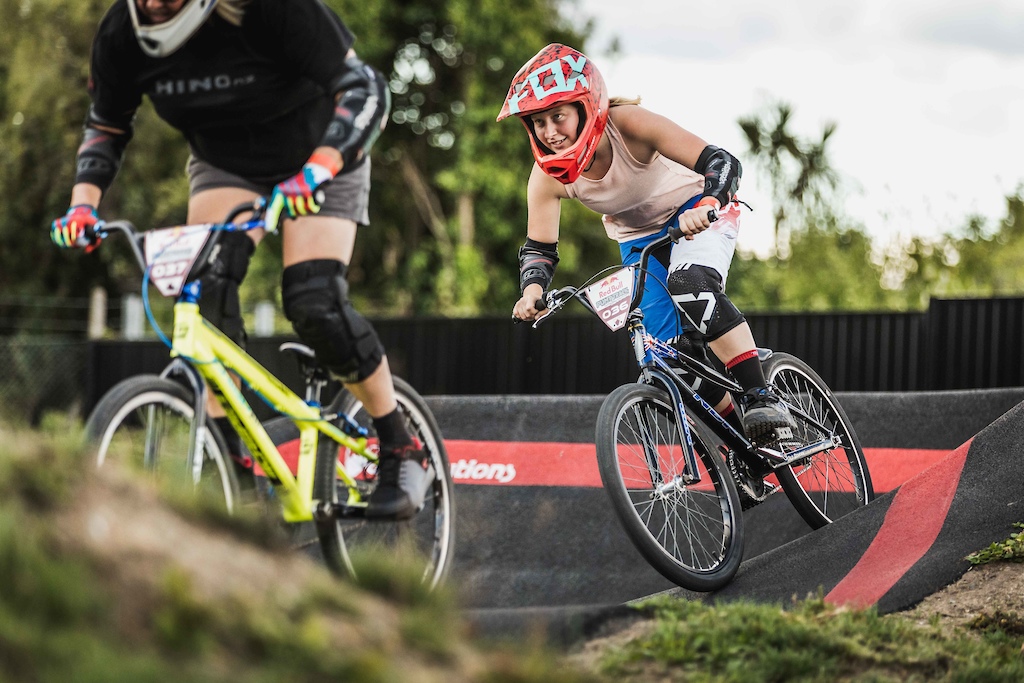 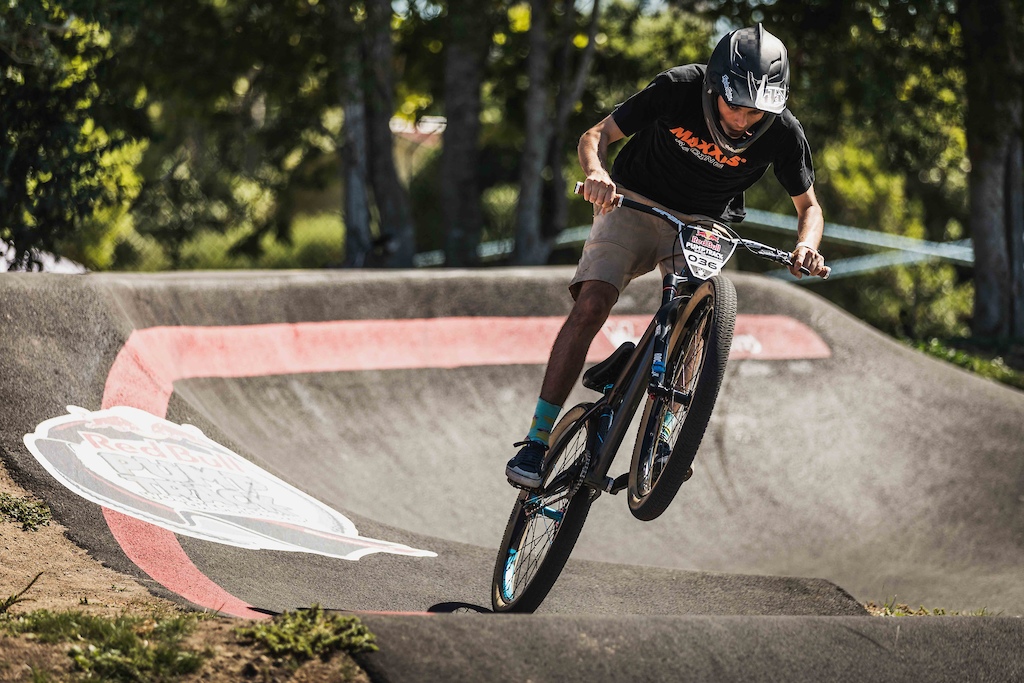 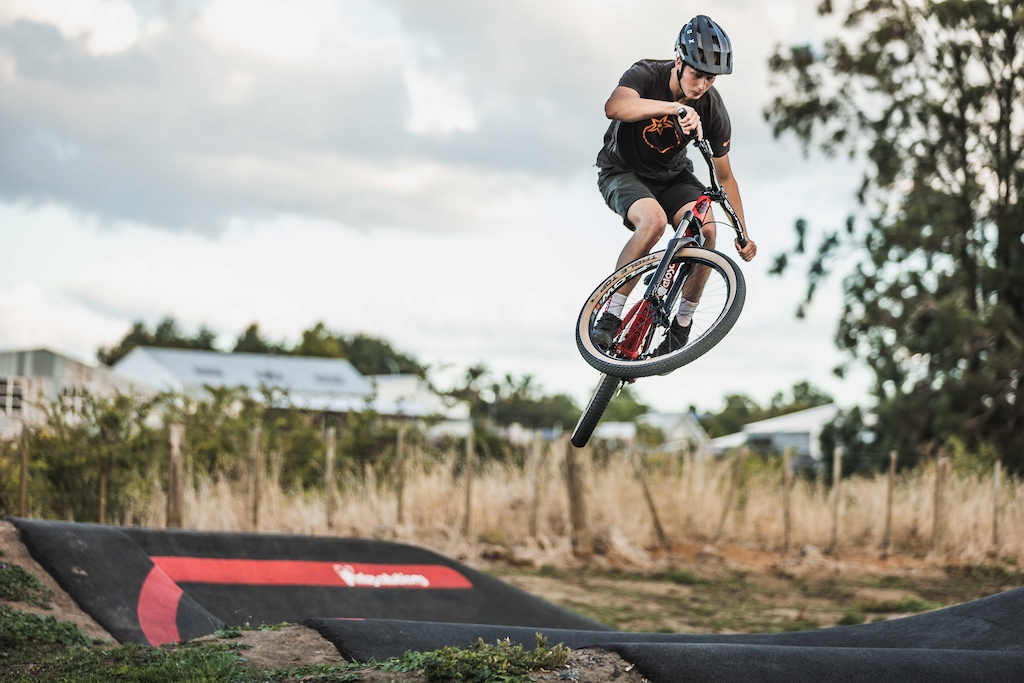 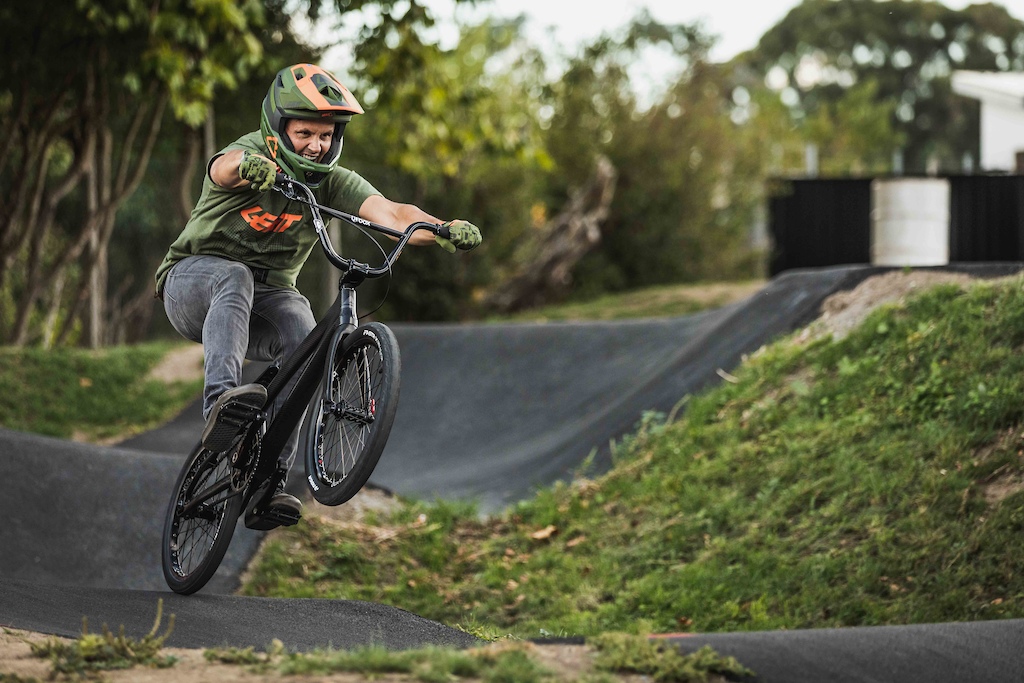 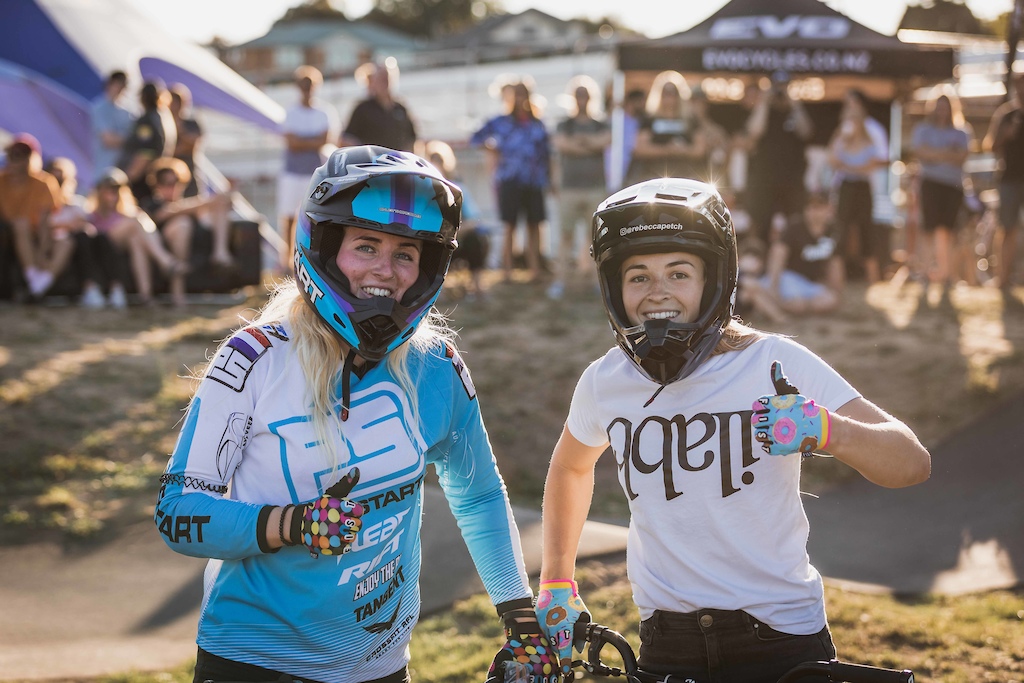 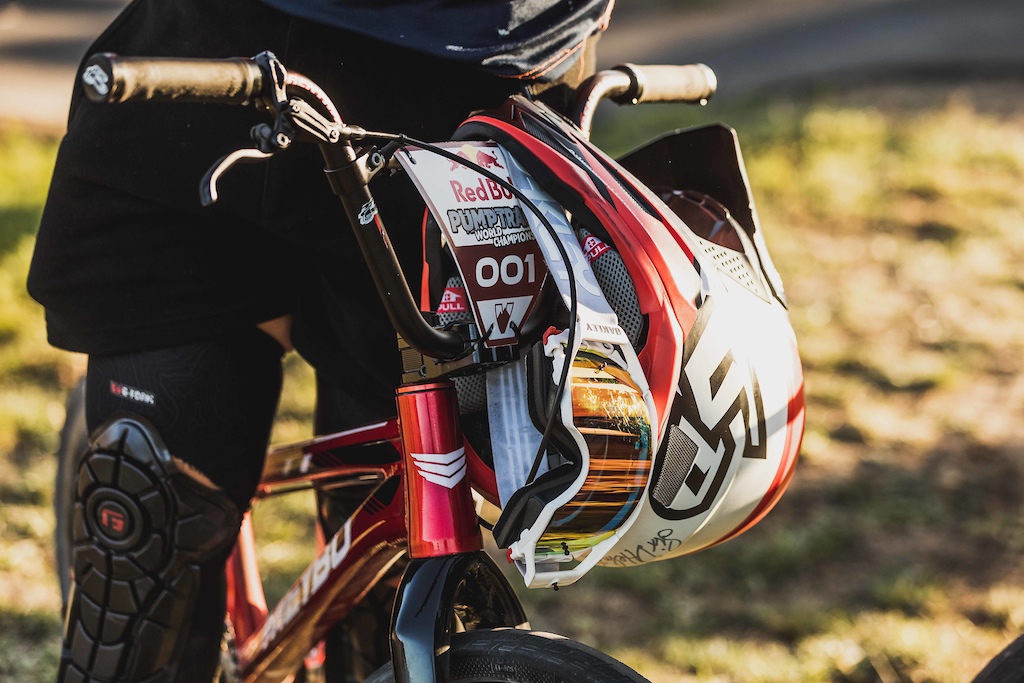 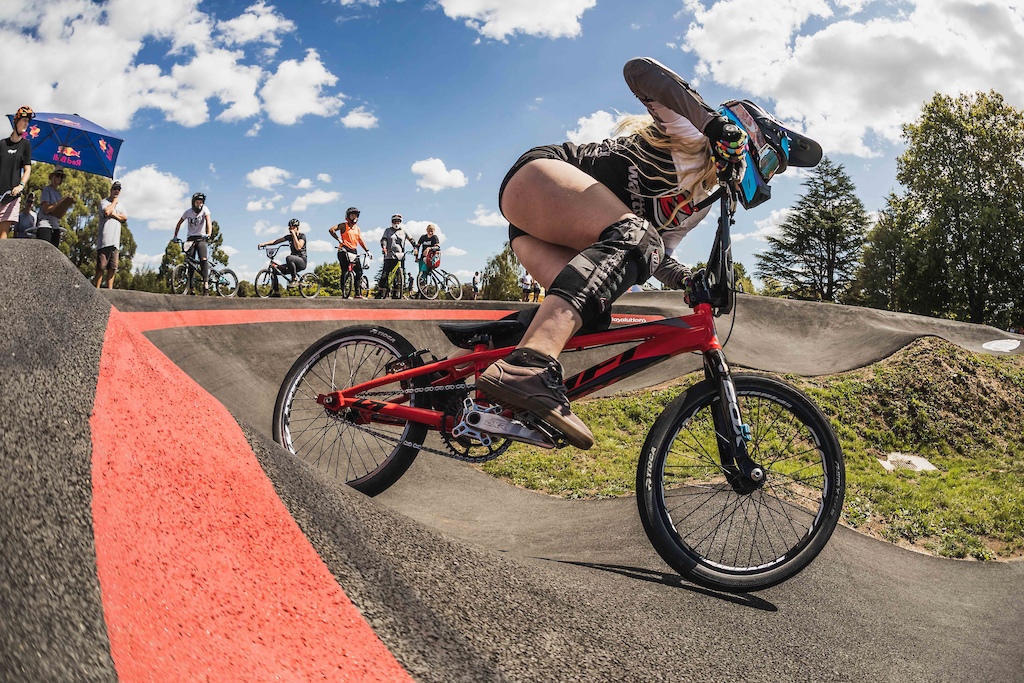 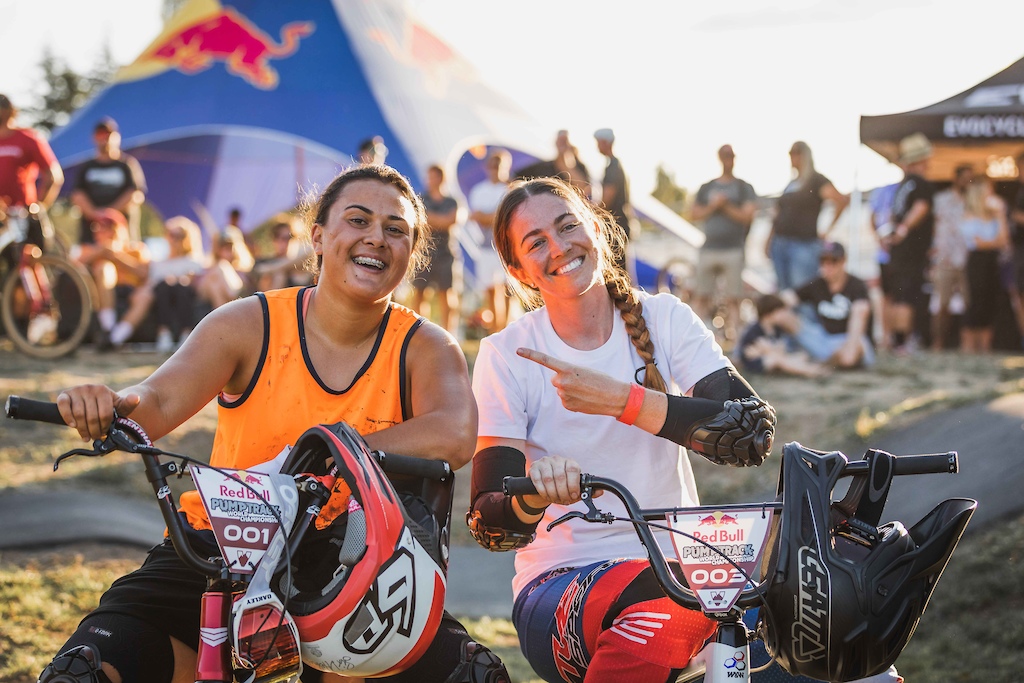 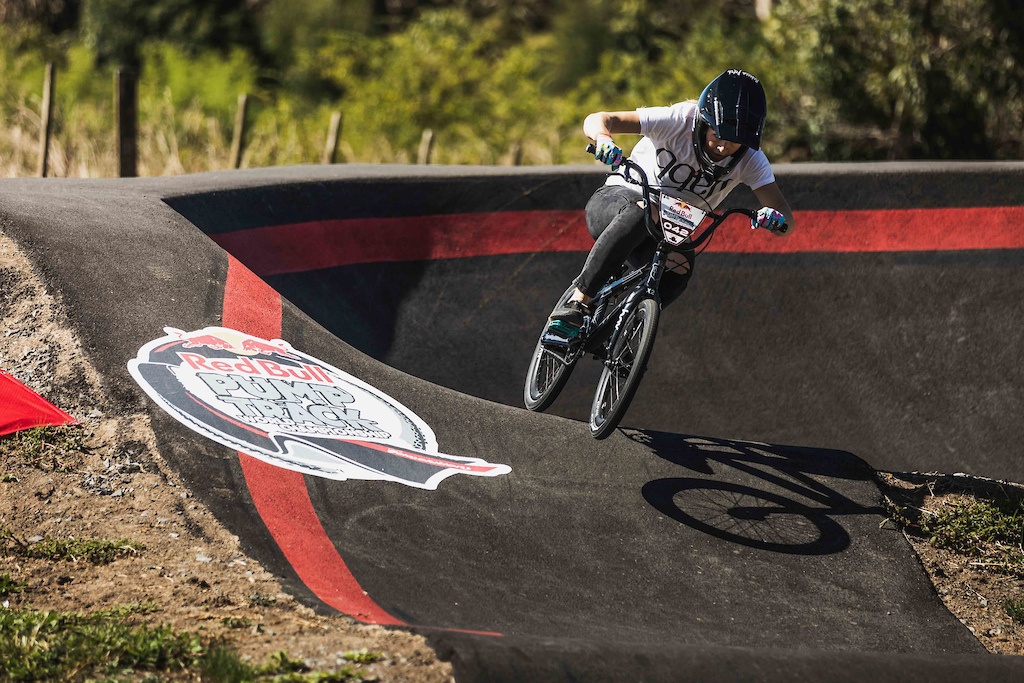 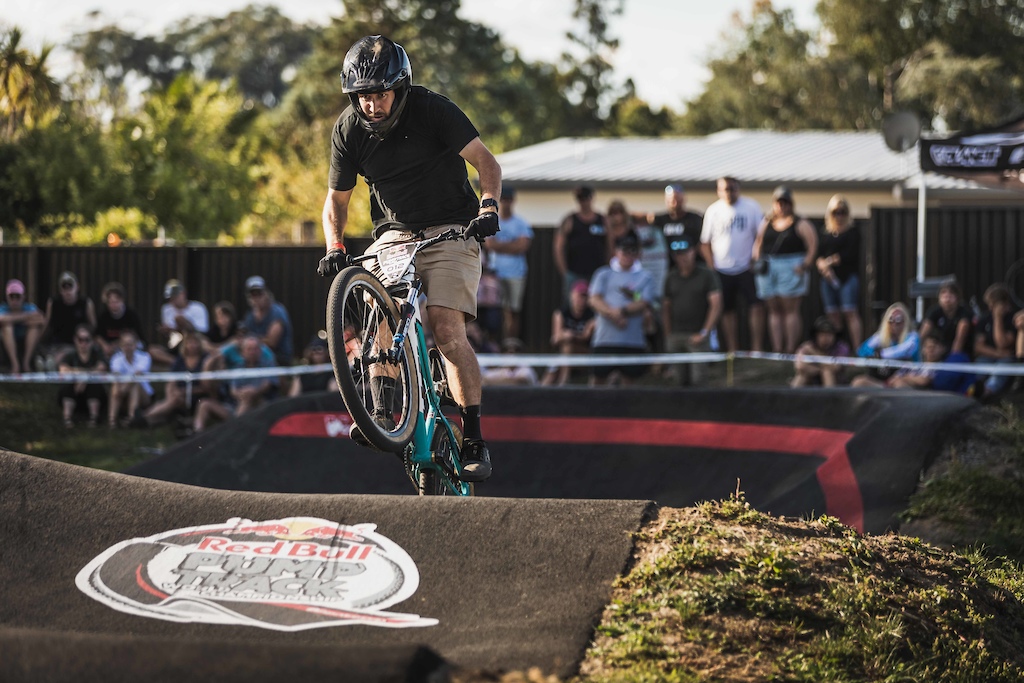 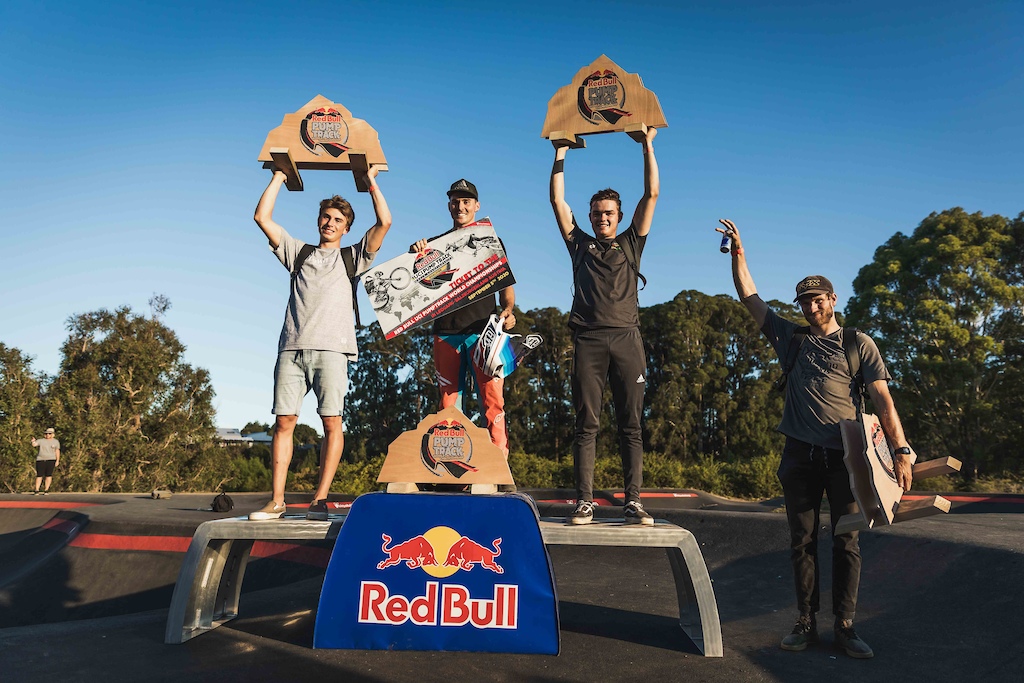 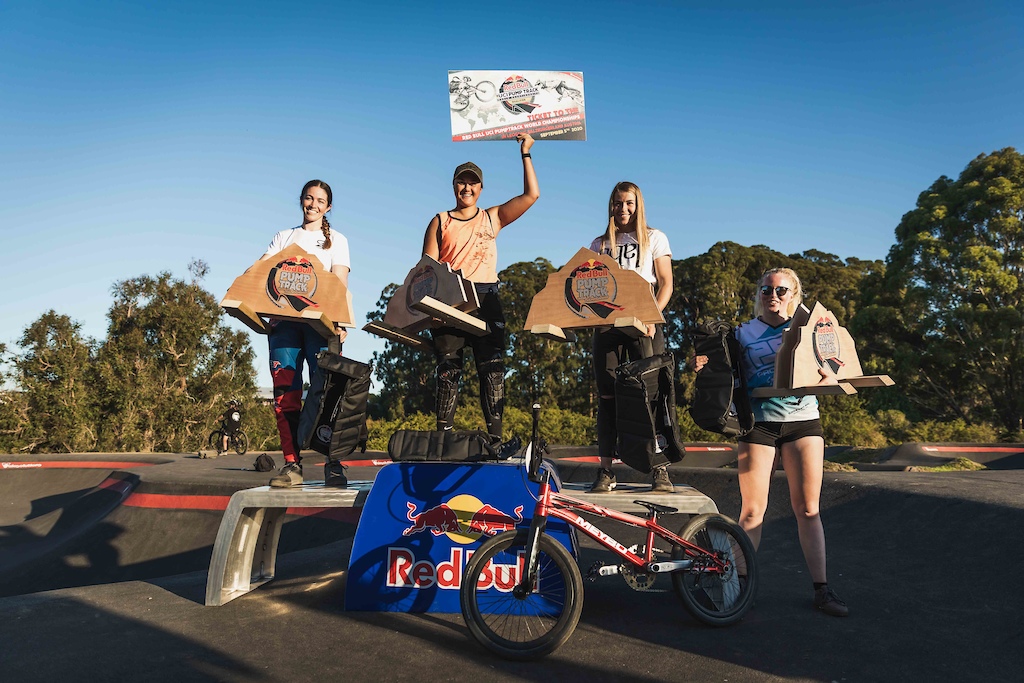 DGWW (Mar 17, 2020 at 10:40)
This seems to just be BMX Light. Here is the big boy/girl version which already exists...and for some reason isn't sponsored by redbull...https://www.youtube.com/watch?v=zHWjYPRcy4Y

Drawn (Mar 17, 2020 at 18:43)
@DGWW: the rotating mass will make a difference but to gain that in the first place is the harder part along with any potential losses caused by other components that move (ie suspension).
For the BMXs a 24 would have more rotating mass which helps for pump races, but those kiwis in question are some of the best in the world so best of sticking to their normal 20s.
If in doubt go check out Michael Bias' videos, is awesome to watch, and even crazier if you have seen the gaps in person.

DGWW (Mar 18, 2020 at 13:32)
@Drawn: This is a smooth asphalt track. I call BS on this wheel size = speed debate. The design of the BMX bike, wheels, frame, bars, everything is what makes it faster for this. Not to mention the riders are mucho skilled.

Drawn (Mar 18, 2020 at 18:09)
@DGWW: not saying wheel size always means more speed, but the bigger wheelscan hold more rotating mass to maintain said speed.
Easier to accelerate the smaller lighter set ups but easier to keep the bigger ones spinning (negating friction and drag). That is true for the everyday person, not forgetting in most cases a mtb even a dirt jumper will have losses from the suspension.

I say this from experience in the bmx world. 20s are faster for starts vs a 24 (cruiser), but for the majority the 24 is easier to keep it flowing as it takes less efforts due to the effects of the wheels being like a bigger flywheel.

Just have to remember guys like Michael are at the absolute pinnacle of their sport. And after seeing him ride, knows exactly what to do to be ahead.

DGWW (Mar 19, 2020 at 5:38)
@Drawn: the number of times that these wheels accelerate , not to mention the mass of the rider and bike , as they pump and jump, is probably in the hundreds Throughout the course of the race. I’m still not buying it. Not to mention the redirection as you head into berms etc. Less bike means the rider can do more, I’m really not buying that a larger bike is faster in this circumstance. There is no way that extra mass on your bike is an advantage here .