The third round of Unior Downhill Cup took place in the rain with the National Title for Jure Žabjek, silver to Luka Berginc and bronze to Miha Ivančič. The women’s title was not presented this year since all three riders dropped out before today’s seeding run. The defending champ Monika Hrastnik (DGK Pohorje/Dorval AM) with an ankle injury. 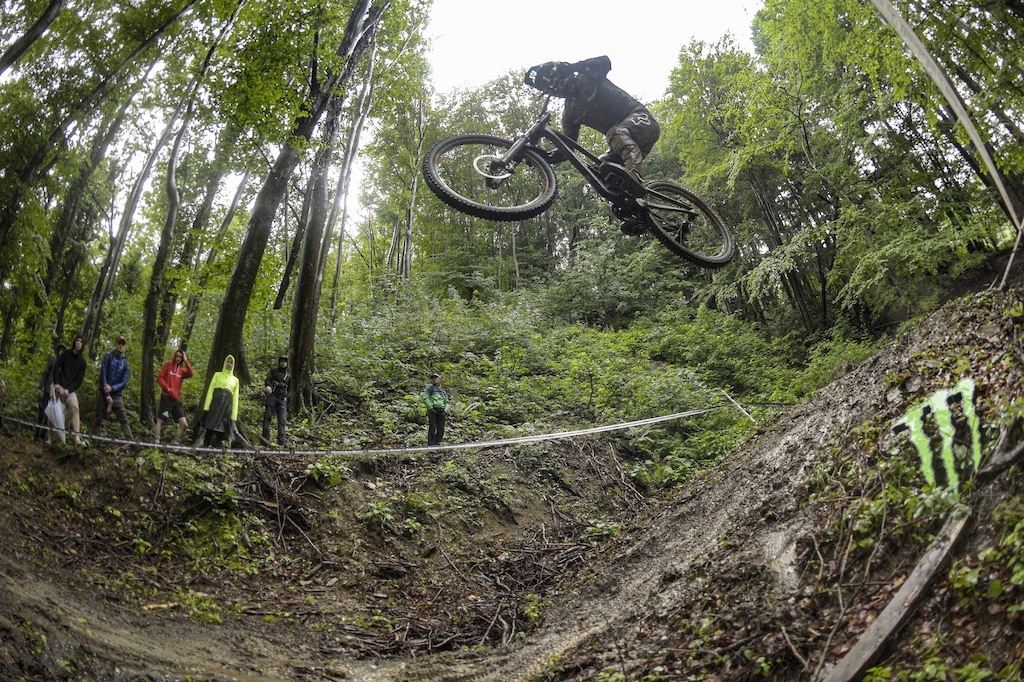 It was raining for most of time during training and racing on the classic track at Sv. Planina on the slopes of Mt. Javor. The organizers from MTB Trbovlje who for the last years have been concentrating on the races on the island of Lošinj in Croatia, including World Cups, brought the 2500m track with 300m of vertical drop back to life for the 20th anniversary of their first race. The last national series and UCI C1 was held here in 2012. With a fast grassy part, the notorious rocky Manson section and a number of fast open turns and off-cambers, this was a welcome change for the riders. It was just a bit slower in the wet.

During Sunday’s seeding run the rain was strong and there was a lot of water on track so the grip was good. But in the last part of afternoon’s final run, the rain weakened and the mud was starting to thicken. Some parts became more demanding while the others were fast for the lack of water. Most of the fastest elite men still improved their times. 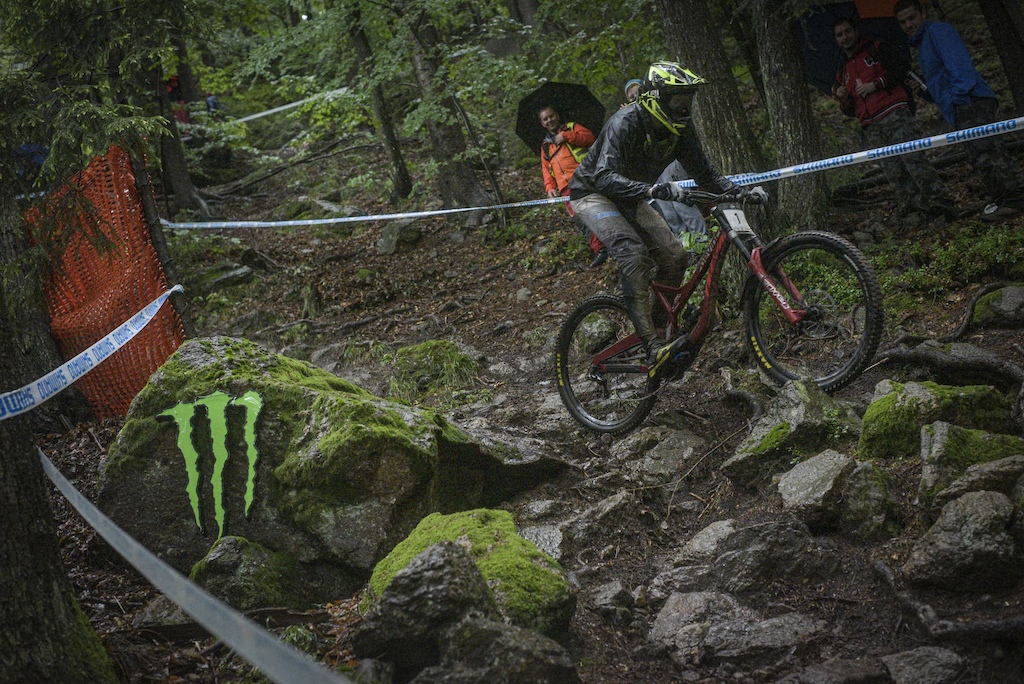 Žabjek was already fastest in the seeding run, five seconds up on the wet conditions specialist Ivančič in second, Berginc was third. Žabjek was the favourite for the win. After an injury-troubled last season, he came back to speed just weeks ago with 10th place at Leogang World Cup. This time he started last and improved his seeding run time by six seconds. Berginc moved up to second and Ivančič settled for third-just like last year when Miran Vauh took the highest step. 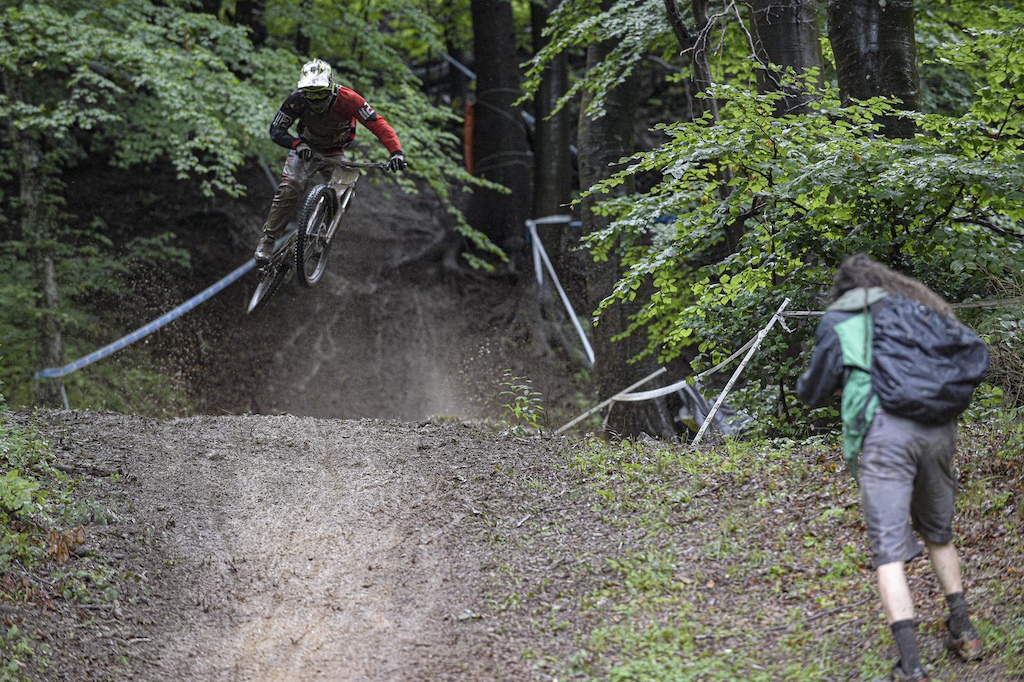 In the Junior Men’s category, it was a duel between Sinter Brakes Team teammates Gomilšček and Marko Niemiz, last year’s U17 champ. In the seeding run Žak was faster by .6. In the final, he improved his time by about five seconds while Marko crashed hard and finished last. The silver medal went to Gašper Jurečič (Rajd Ljubljana) and bronze to Črt Belingar (ŠKTD Avče).

Nace Kokelj (Wolf Racing Team) became the new U17 champion while his team boss Boštjan Volf took the Masters title with a time that would have brought him a fifth in the elite category. Blaž Vohar (ŠKD Pank kura) was the fastest in the amateur category while Croatian Frane Medić (BK Crikvenica) won the U15 category once again after Lošinj.

DH Javor was also a Croatia Cup race but not with many Croatian riders at the start. Ivan Bašić (BK TNT Pazin) was the fastest in elite men in 12th place. 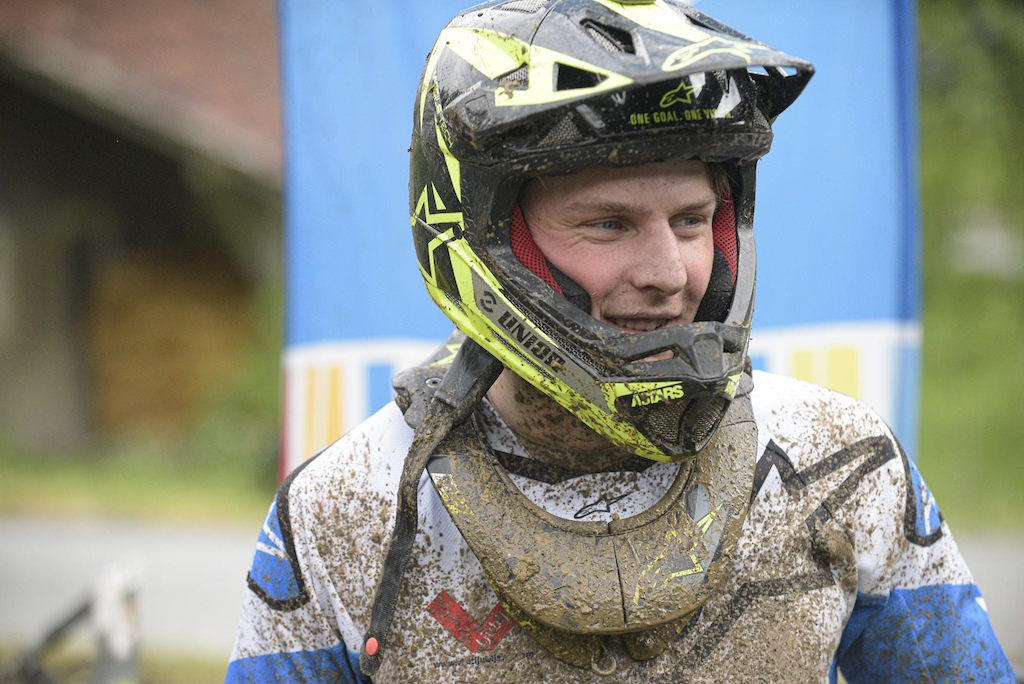 “I thought I’d be much faster than in the seeding run but the conditions had changed quite a lot,” said Žabjek. “It stopped raining and the mud began to thicken. The track was a bit slower. But I had a clean run so I’m happy. I hardly made any mistakes except on the Manson. You can’t have a perfect run in conditions like these. I don’t have much experience in the wet so it's good to have a wet race, especially on a track like this with all the elements.”

Round four of the Unior Downhill Cup follows on August 24/25, the Downhill Sorca at Soriška planina.