As the southern hemisphere race calendar kicks into gear. We travel as far south as you can on the New Zealand mainland for the first round of MTBNZ NZ National DH series.

Hosted by the passionate crew from Southland MTB Club at the one and only Bluff Hill/Motupohue (literally the only hill in the area) it was the first time many of the riders had even ventured this far south let alone raced down here. The locals might not be spoilt for choice when it comes to hills to ride down but they sure do make the most of what they have, Bluff is the most underrated trail hubs in NZ. A team of locals have been hard at work giving the track a tickle up with the help of Cam Bissett from D and E and they have done a fine job for the first race of the season.


While Bluff Hill provides spectacular views over Foveaux Strait and on a good day even all the way to Rakiura/Stewart Island, it also receives a fair bit of wind and rain. The weather was threatening a repeat of the awful conditions the last time a National DH series visited 7 years ago. With overnight rain leaving the top section of trail in the native bush moister than a Bluff oyster causing a few to come unstuck in practice. By late morning the rain had passed and racers were treated to a glorious Southland day. It seems the rain was only bluffing......

There were some big names in attendance and pro rider George Branigan (Queenstown) took out the top spot in the elite class with a time of 2.17.06. 2nd and 3rd placing were split by only 0.16 of a second, with Sam Gale in 2nd and Tuhoto-Ariki Pene in 3rd Place. The women’s field was small, but nevertheless had some keen riders competing, with Kathy Morris (Queenstown) taking out the Elite class. 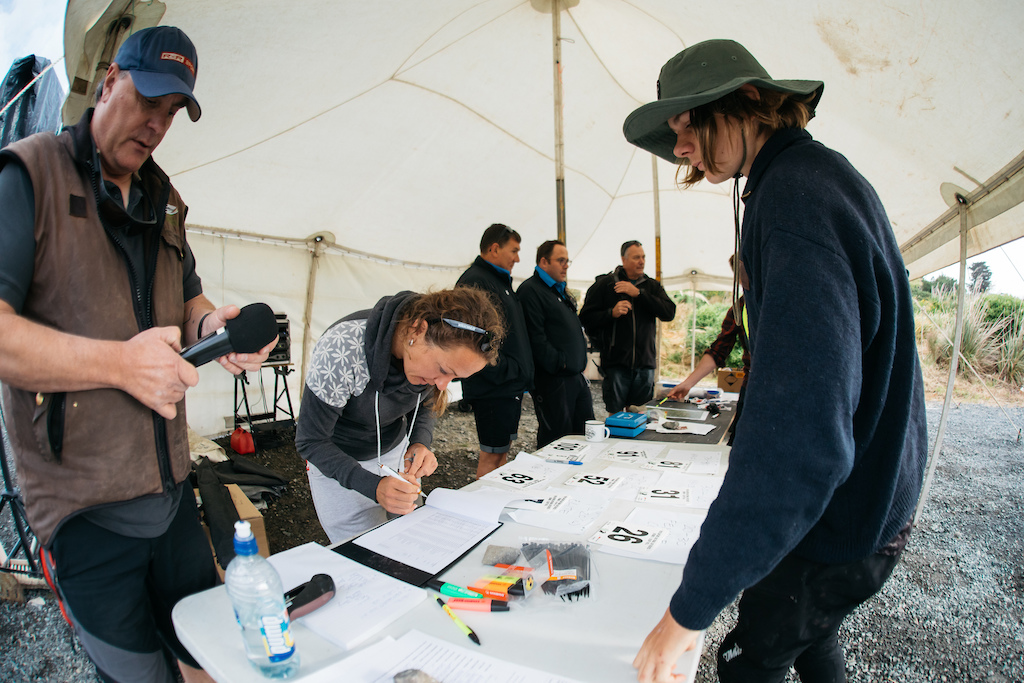 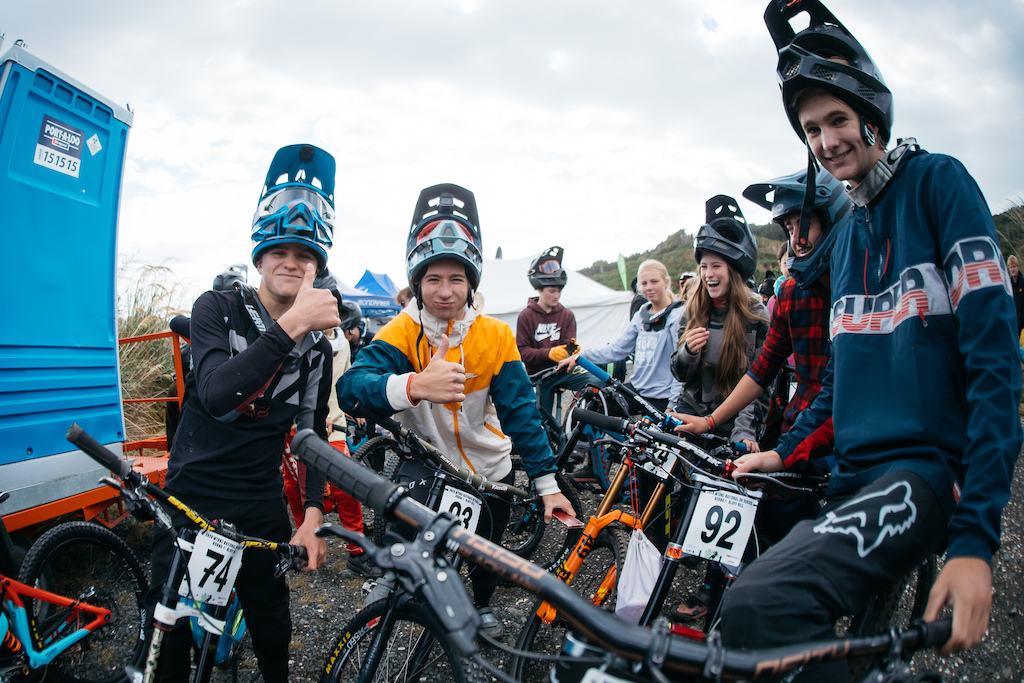 Stoke is high with these lads as they line up for the first shuttle of the day. 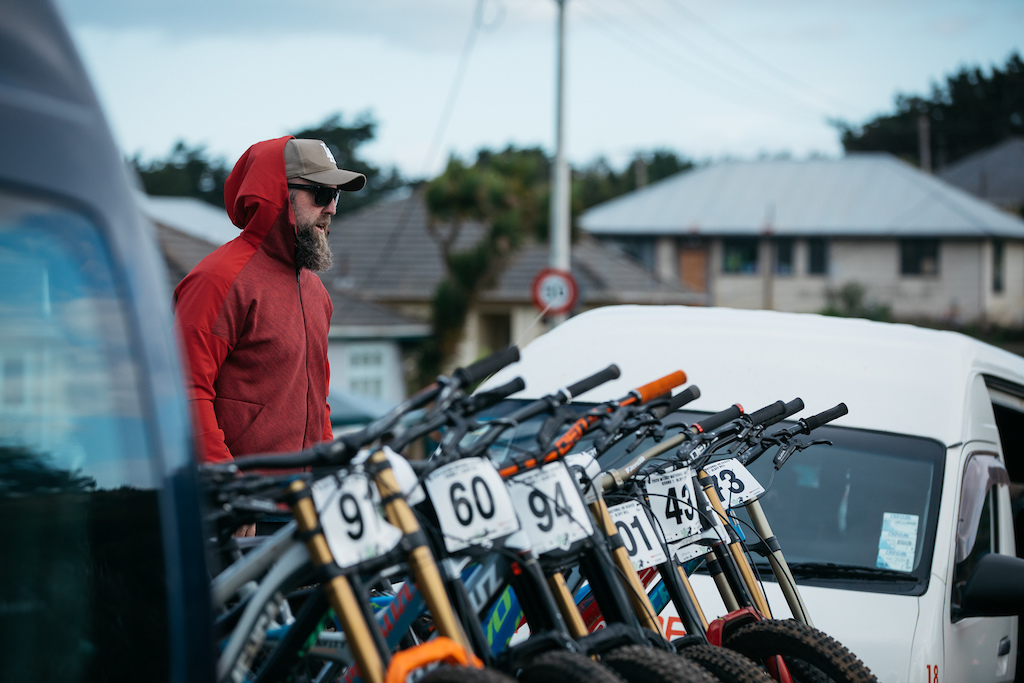 These events couldn't happen it wasn't for the volunteers giving up their day to make sure the kids tie their bikes on. 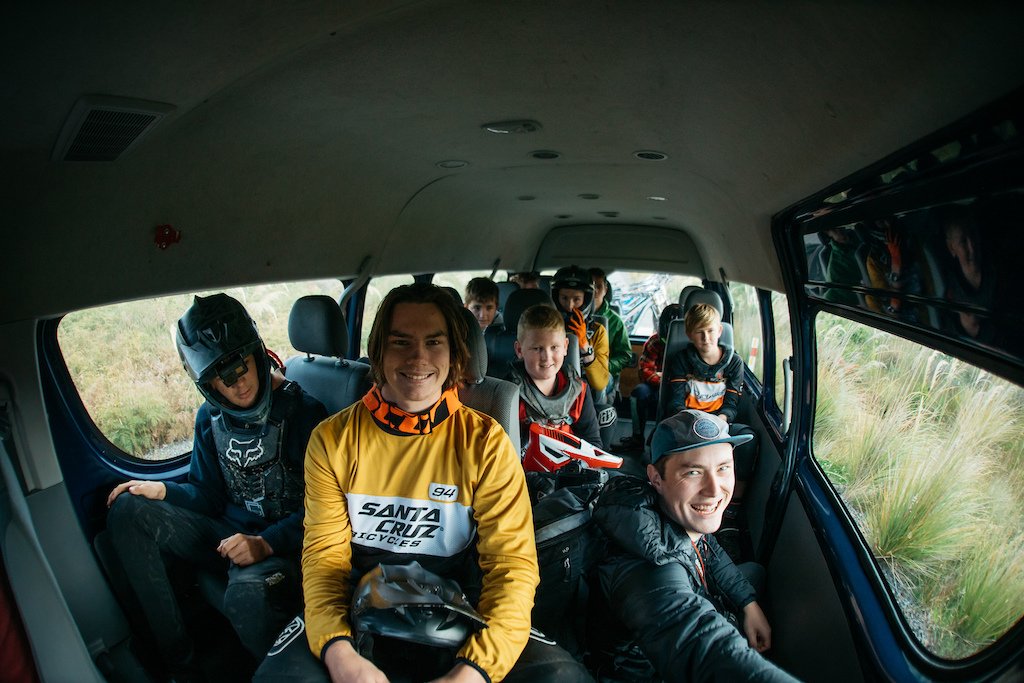 Enduro may be the in thing right now, but you never see people this stoked when they have to pedal up. 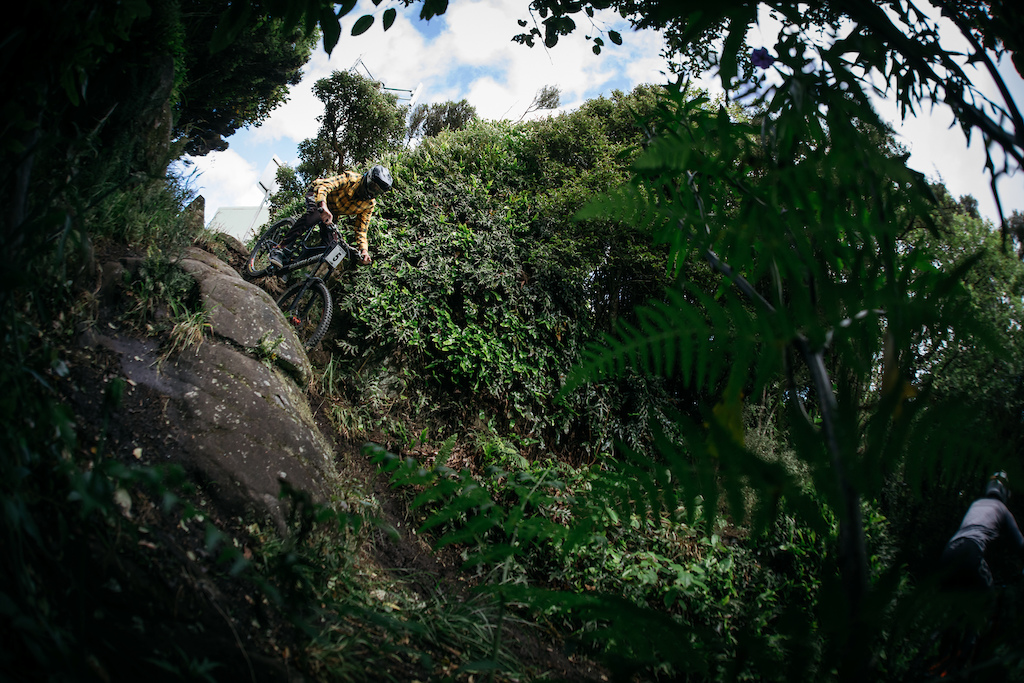 Luck wasn't on Dunedin Rider Callum Booth's side this weekend with a crash in both his seeding and race runs leaving him out of contention on a trail he has been quick down in the past. 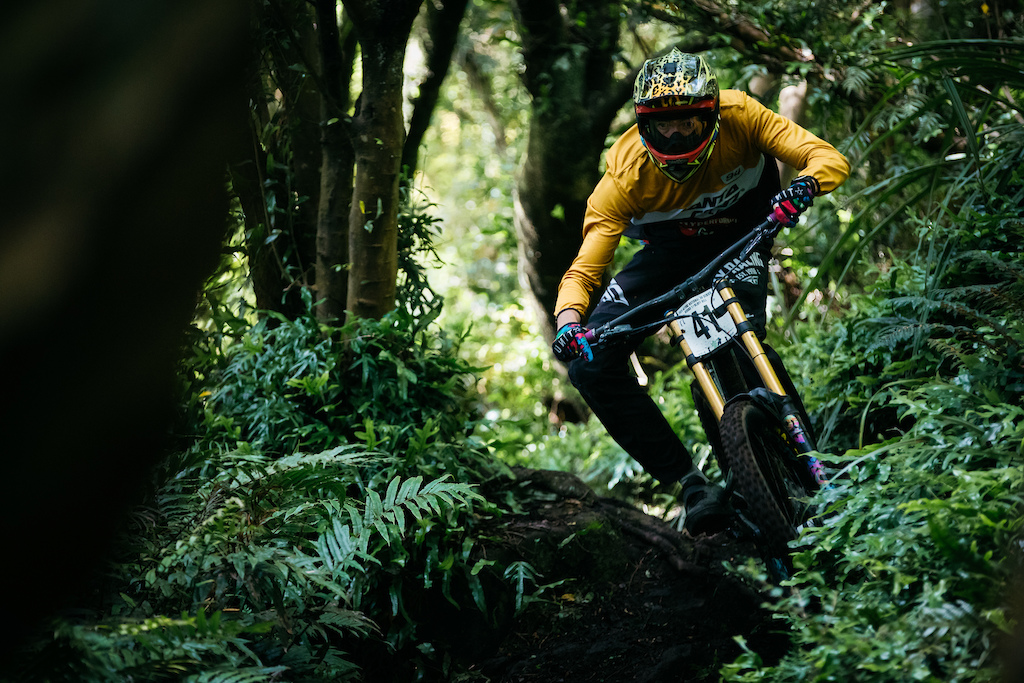 Reuben Bensemann made a biblical trek down from the very top of the south island but it was worth his while as he took out the open men’s category. 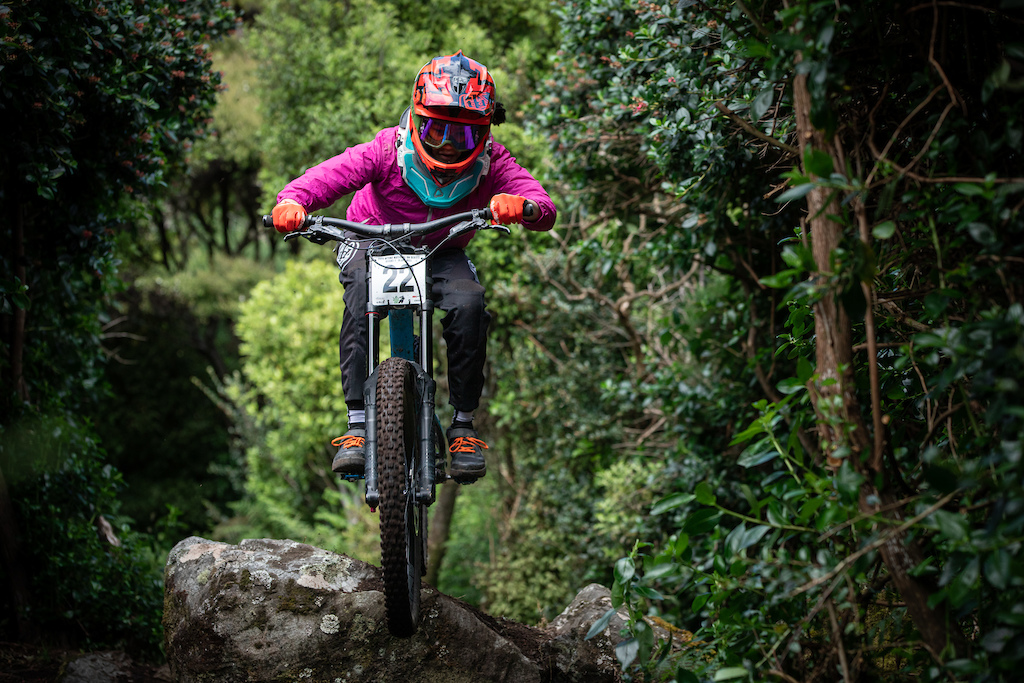 Sacha Earnest of Auckland is one to keep an eye on as she works her way up the ranks in the Womens DH scene. 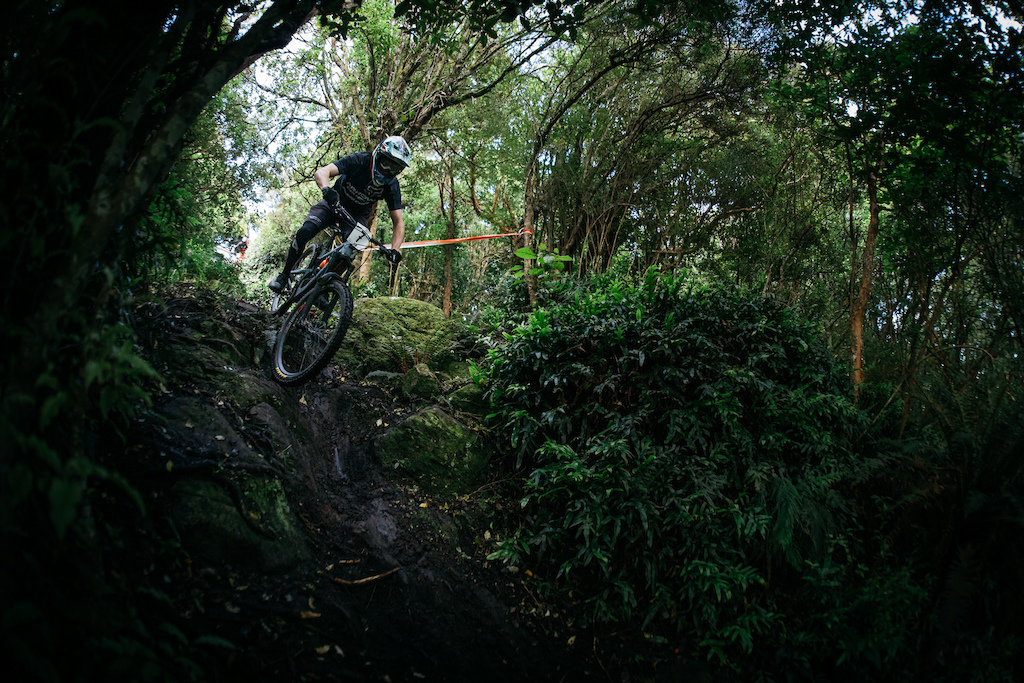 Invercargill Born and bread Connor Harvey has a head of hair straight out of a shampoo commercial, He also managed 5th in elite men. 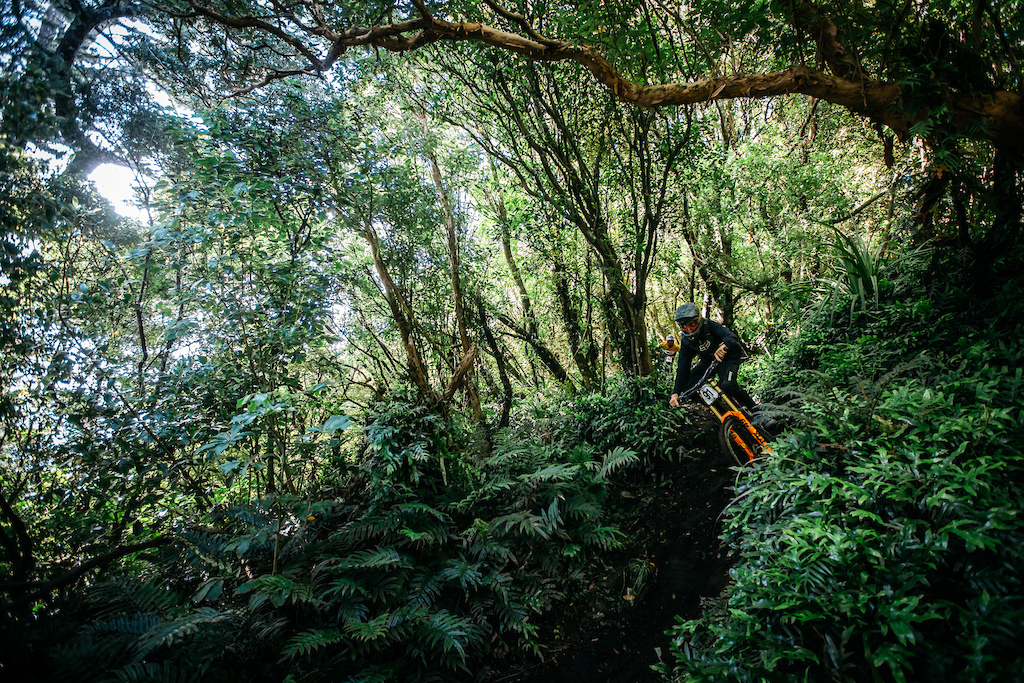 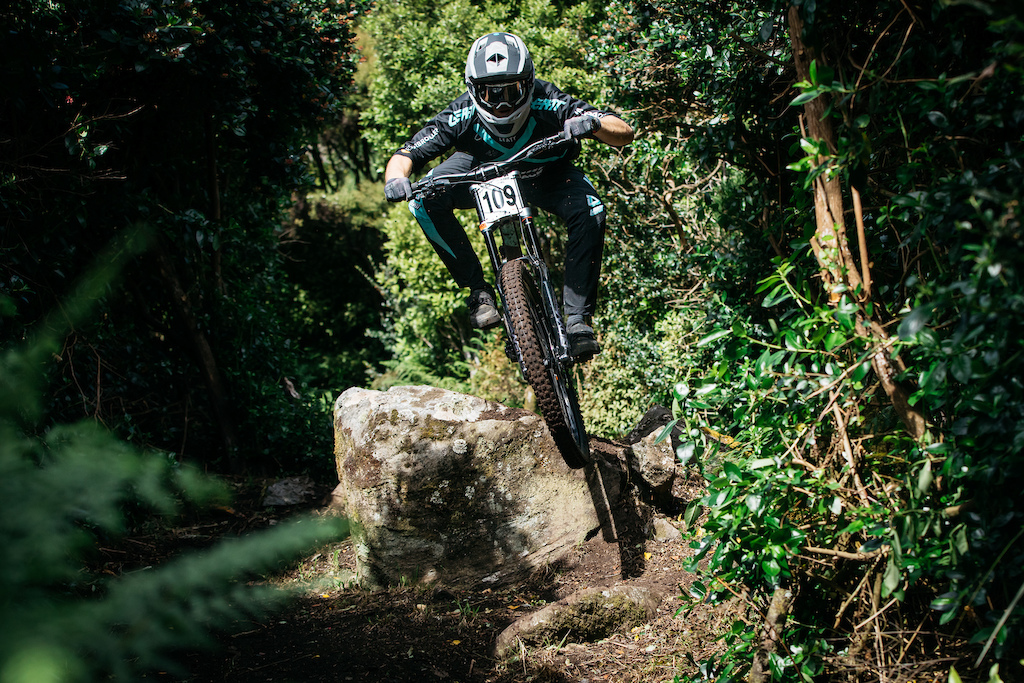 George Brannigan looking super comfortable on that new bike of his. 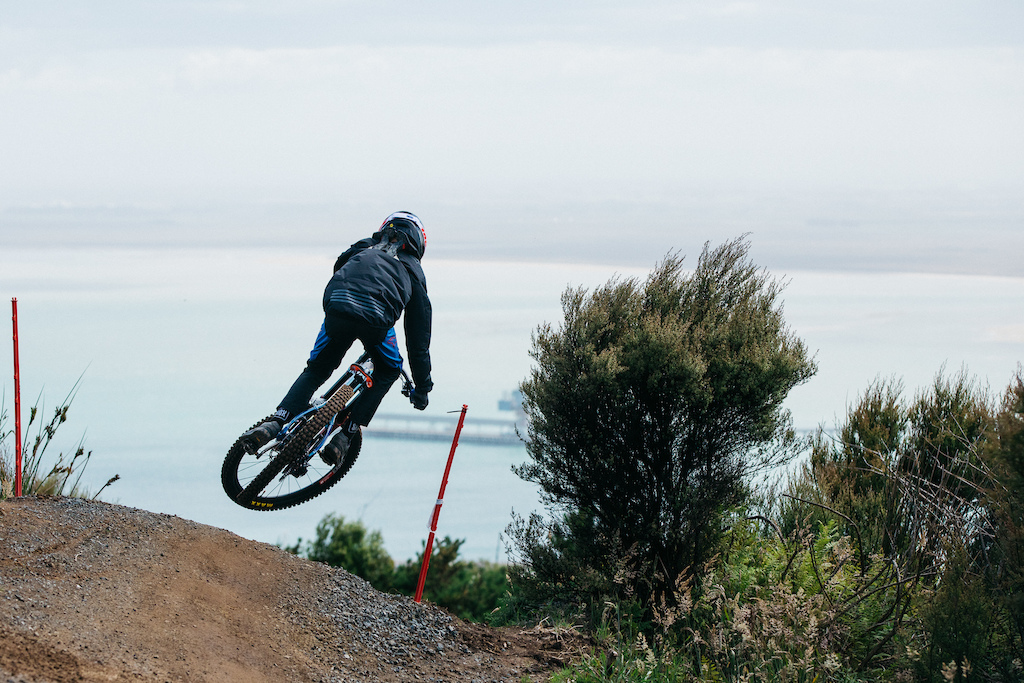 As the trail emerged from the bush it transitioned into a super fun jump line with views over Bluff Harbour. 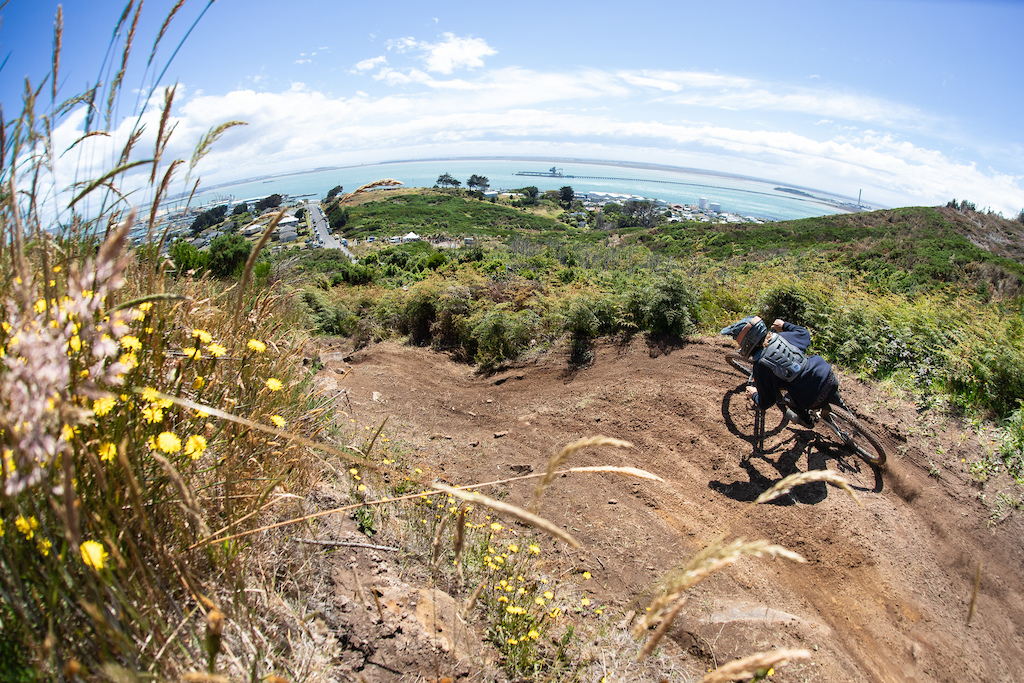 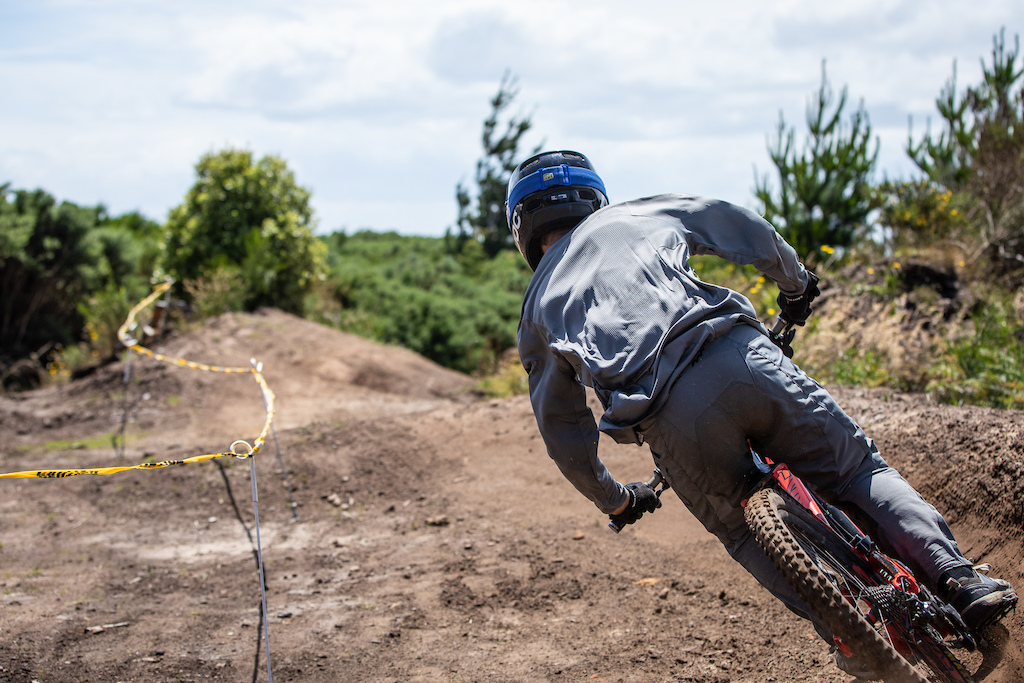 Having a clean race kit increases steeze by 10%. 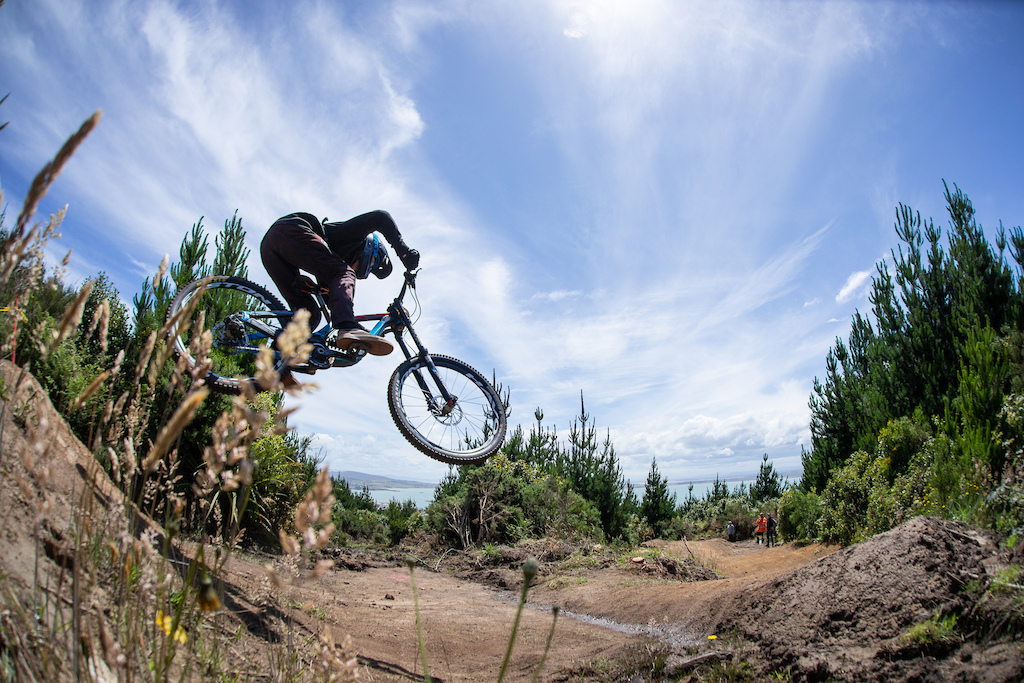 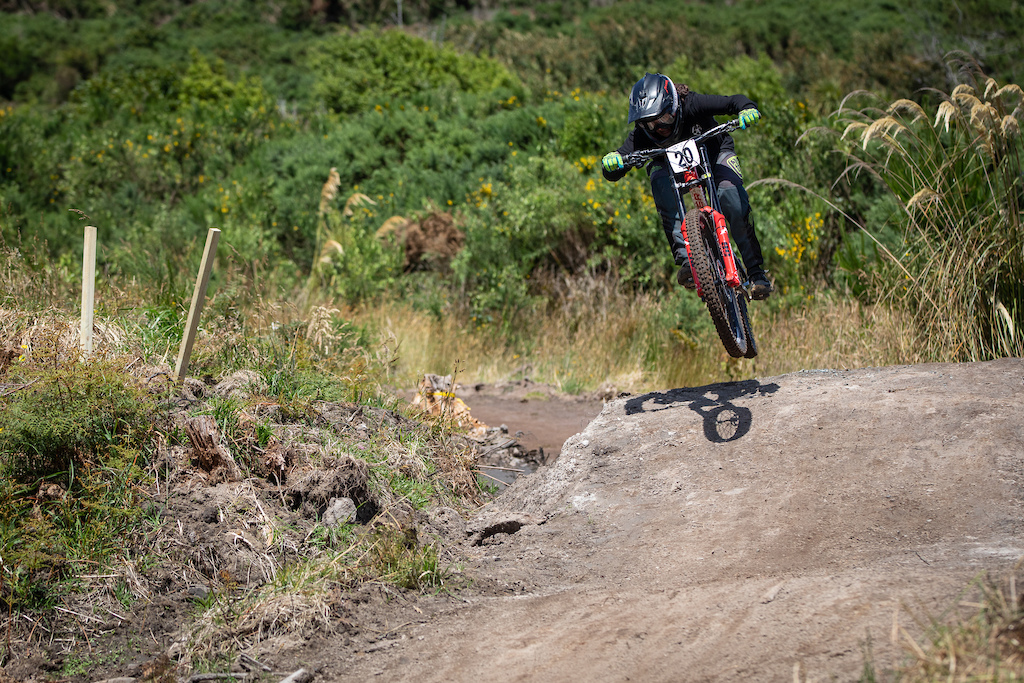 Kathy Morris doesn't muck about on a bike, she put down a time well inside the top 10 of the open men 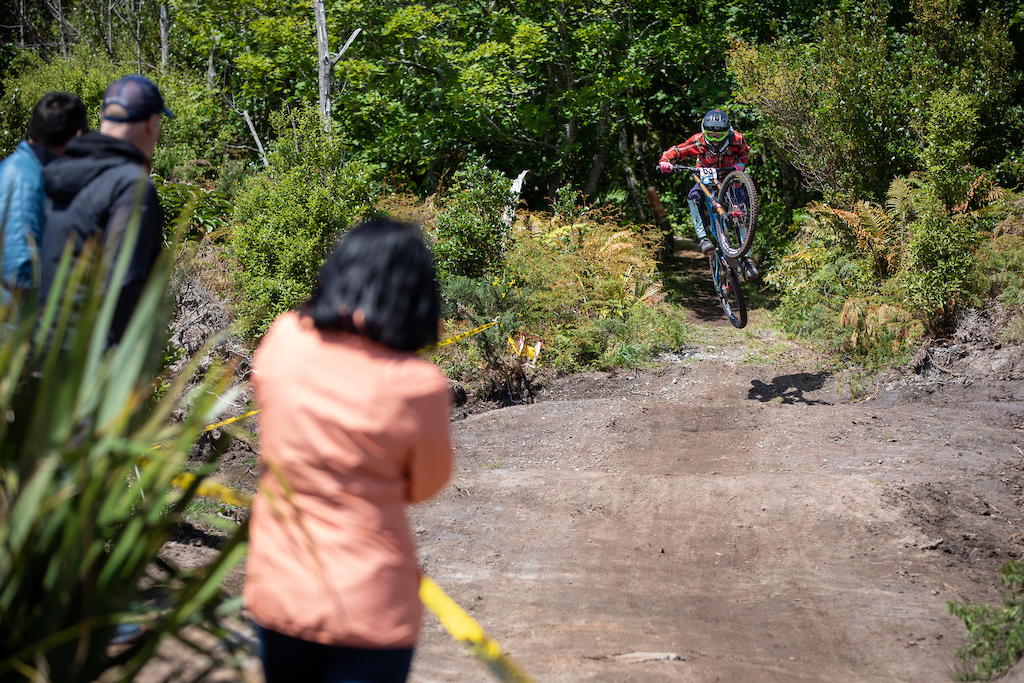 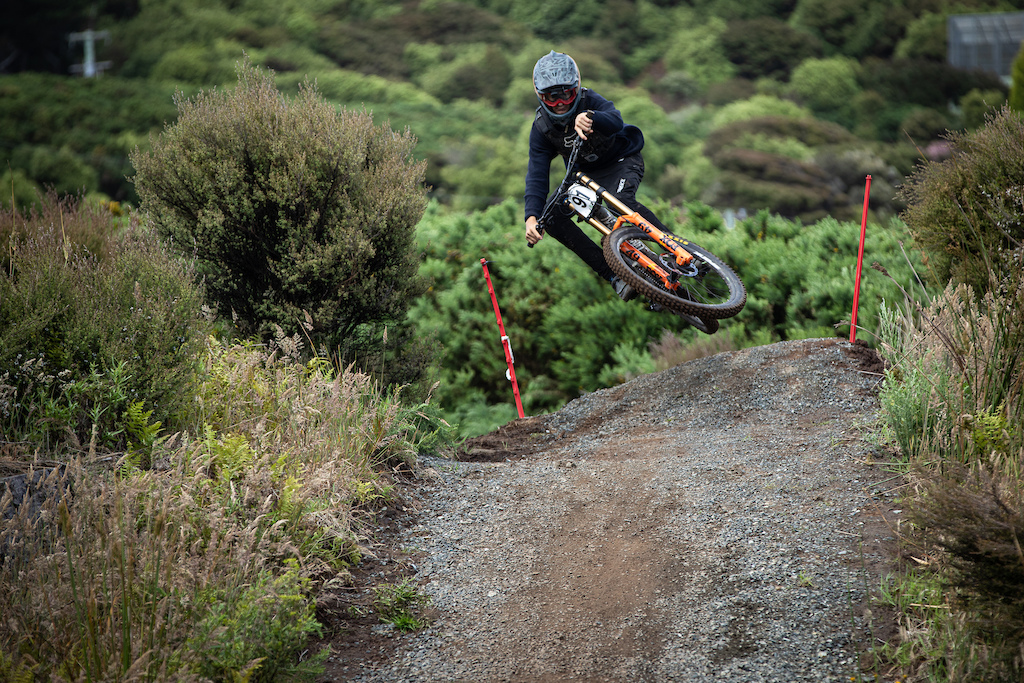 And there were quality shapes being thrown all day. 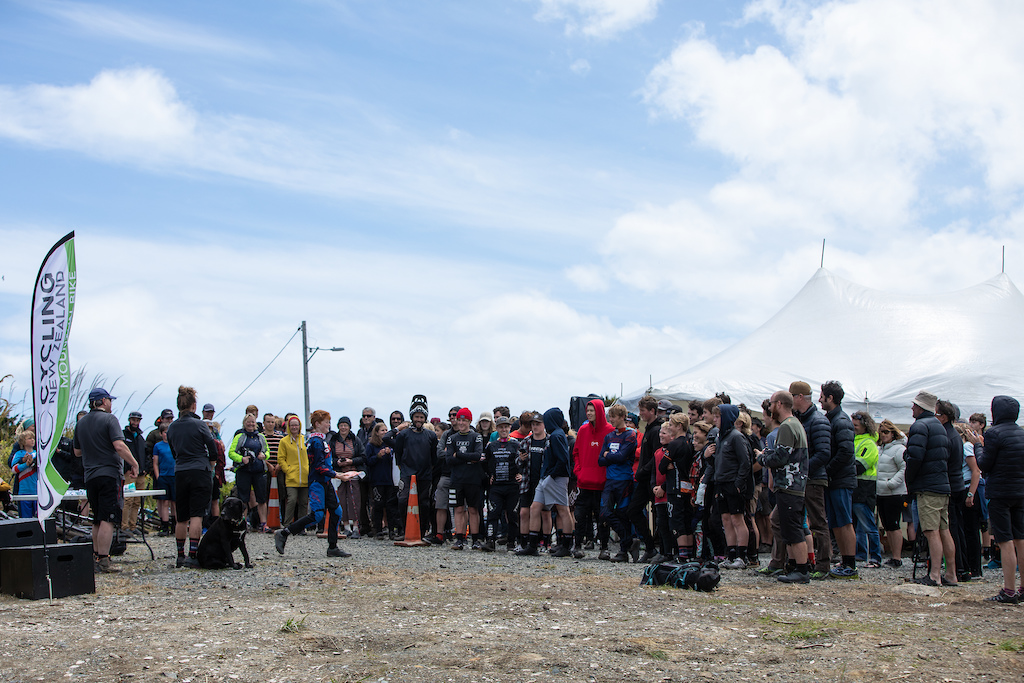 It can be a tricky task convincing people that there are rad trails to race south of Queenstown and a good few made the effort and didn't leave disappointed. 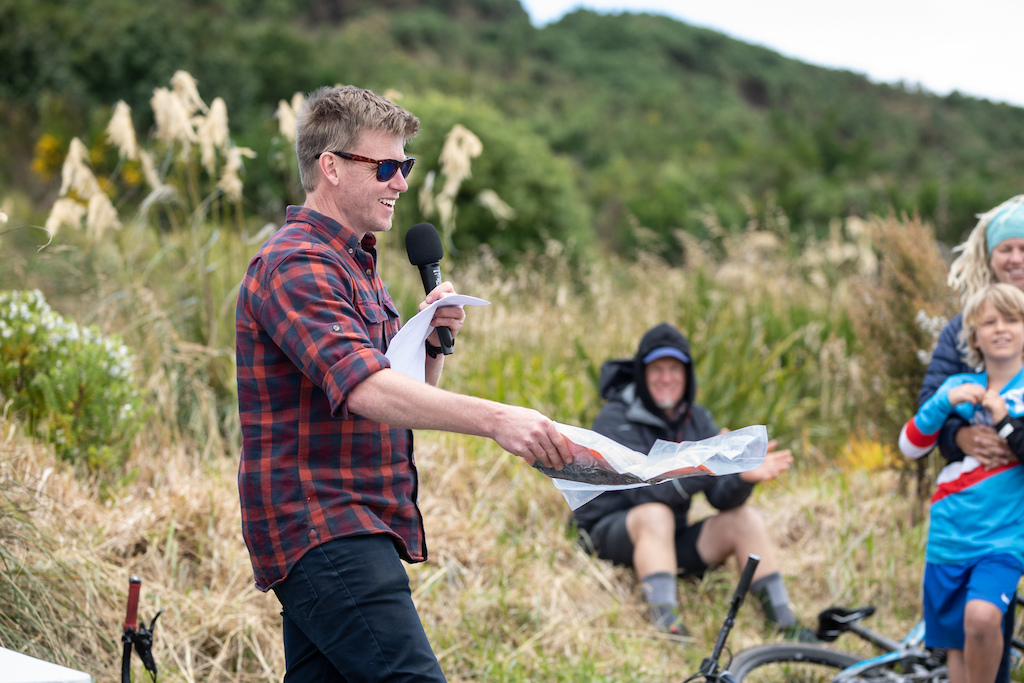 Race director Lawrence Kees hands out Locally caught salmon fillets as spot prizes, one thing southland do better than anybody is spot prizes.

We prefer rock lobster down here. Enjoy your cervelat