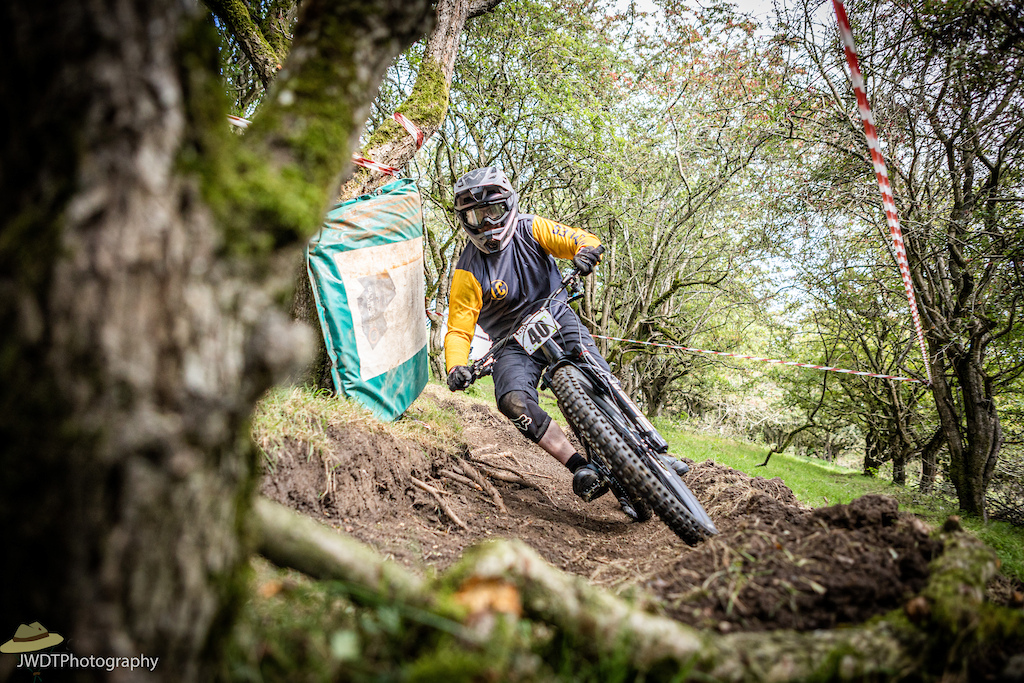 Last weekend saw another sort of new venue for the Northern Downhill (NDH). Eastgate, a tiny village situated in Weardale in North east England. The venue was a hill within a farmers land. It's a venue that NDH has been using for a number of years now, but this is the first time it had been used for an Enduro race. The weekend saw more than one race though. Saturday was all about the ebikes and sponsored by Powerbikes and the Sunday was the main event, but again an ebike category was available. It's great to see ebikes being part of the racing scene, especially with their escalating rise in popularity.

The format of the race was 2 stages to be raced twice, so in total it was a 4 stage enduro race. Previously this venue has been a TT race where your fastest of two race runs was your final time. This time, there were no gravity defying wooden jumps and senders, just a mix of stage features. 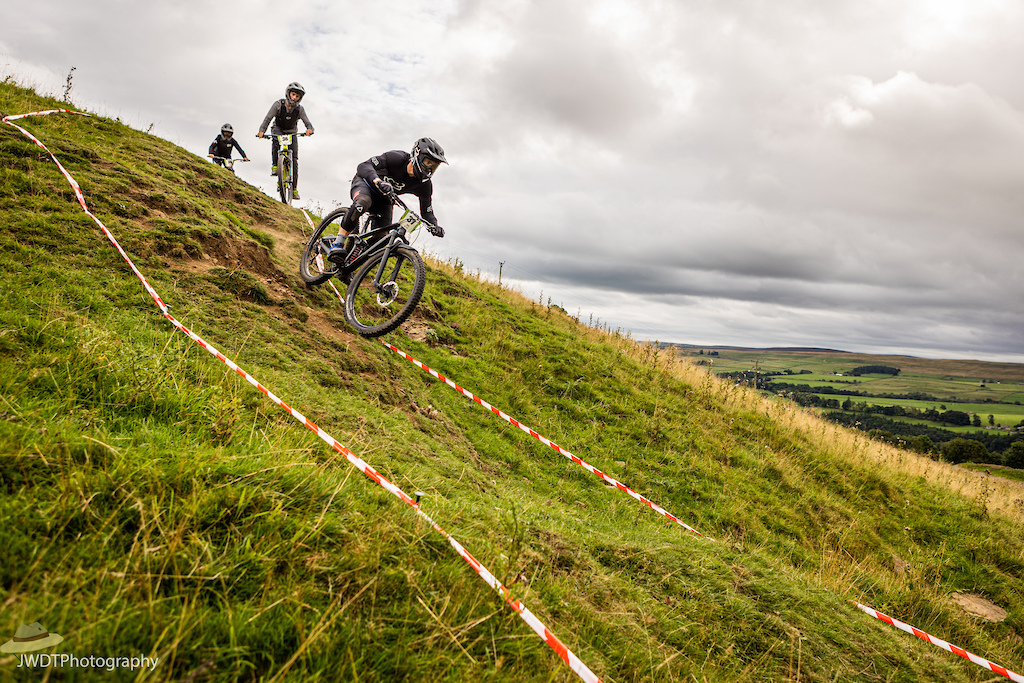 No huge wooden jumps, just a mix up of steep technical sections
The majority of this race was held on cattle fields, but this was no smooth grassy paddock, but a lumpy raw, mostly off camber hill. With a large rock garden, stone walls, bombholes and freshly cut berms. Carl let me have a run down on one of the Powerbike Specialized Levo's and these stages were simply awesome fun to ride. 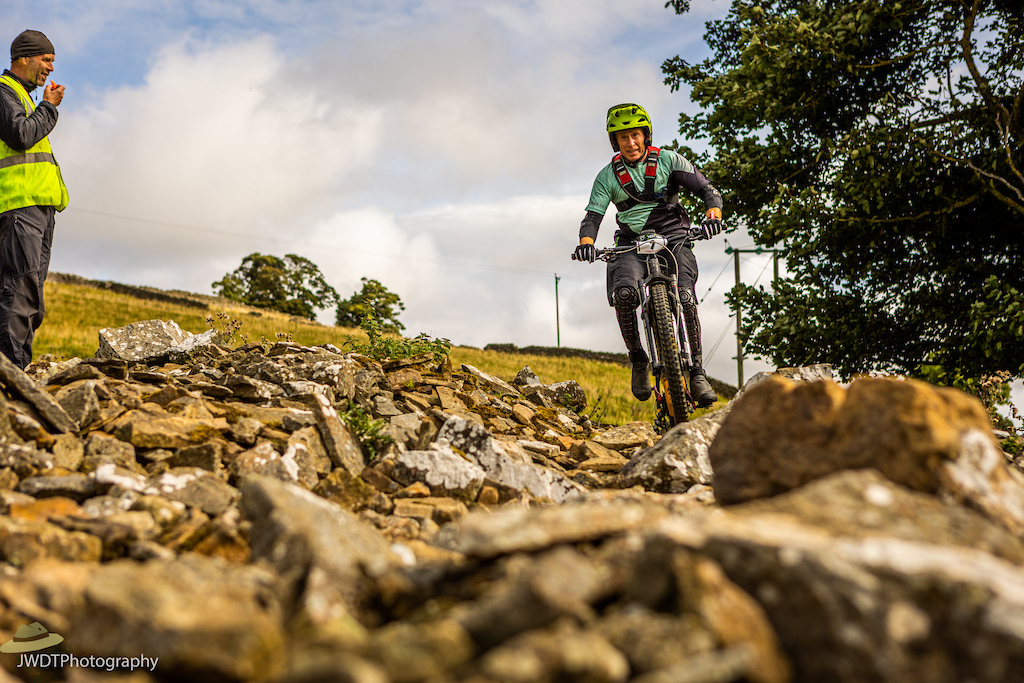 Rock garden anyone? Mark Doughty smashed the fastest overall in the Saturday ebike race by over 30 seconds, should I mention he's in Grand Vets category. This also meant a 2nd fastest of all riders over the weekend! 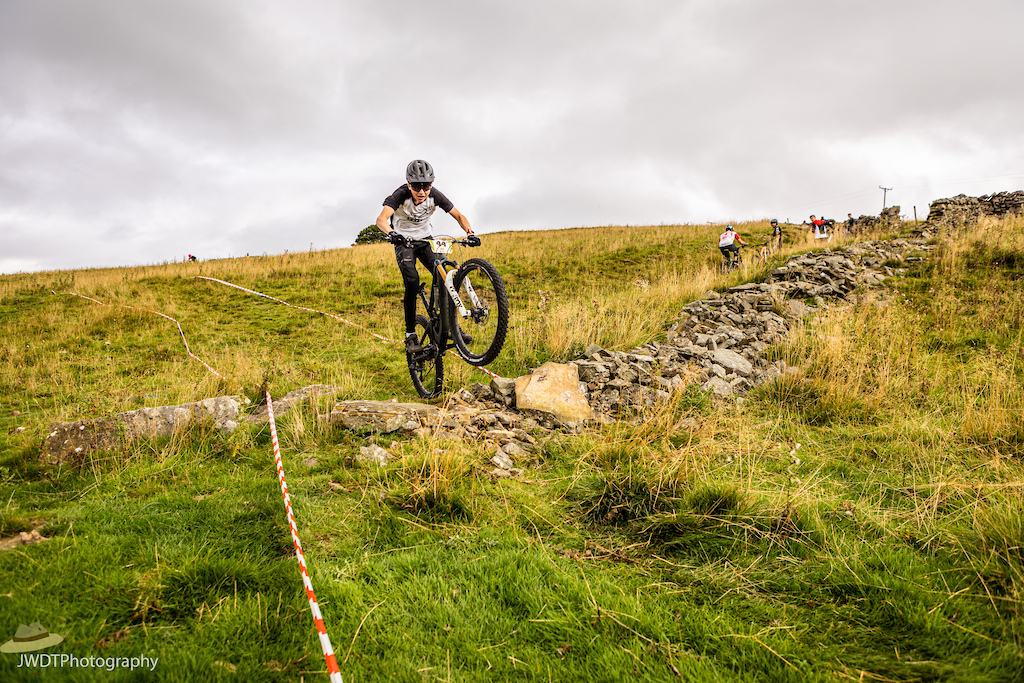 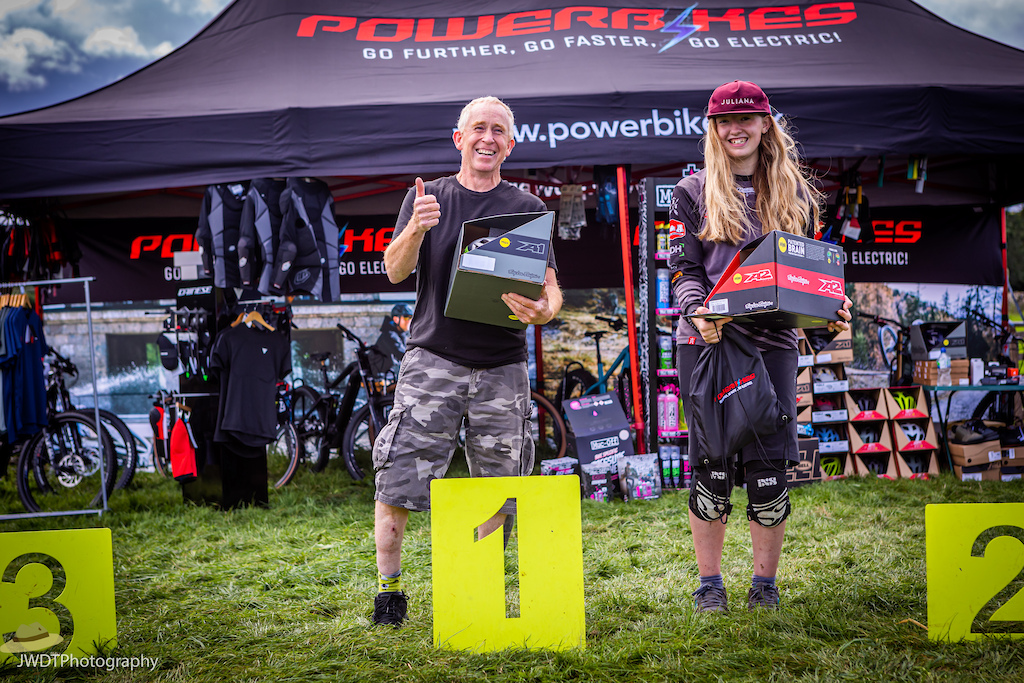 The 2 fastest ebiker men and women on the hill on the Saturday. Mark Doughty and Hollie Faith Vayro
The women's ebike race was a one category race of all ages. Hollie Faith Vayro took the overall fastest in a respectable 10:14.62, second was her family team mate Sarah Vayro in 11:22.09 and third fastest was Lisa Villarubia in 12:28.19. Again another cracking race for the women. 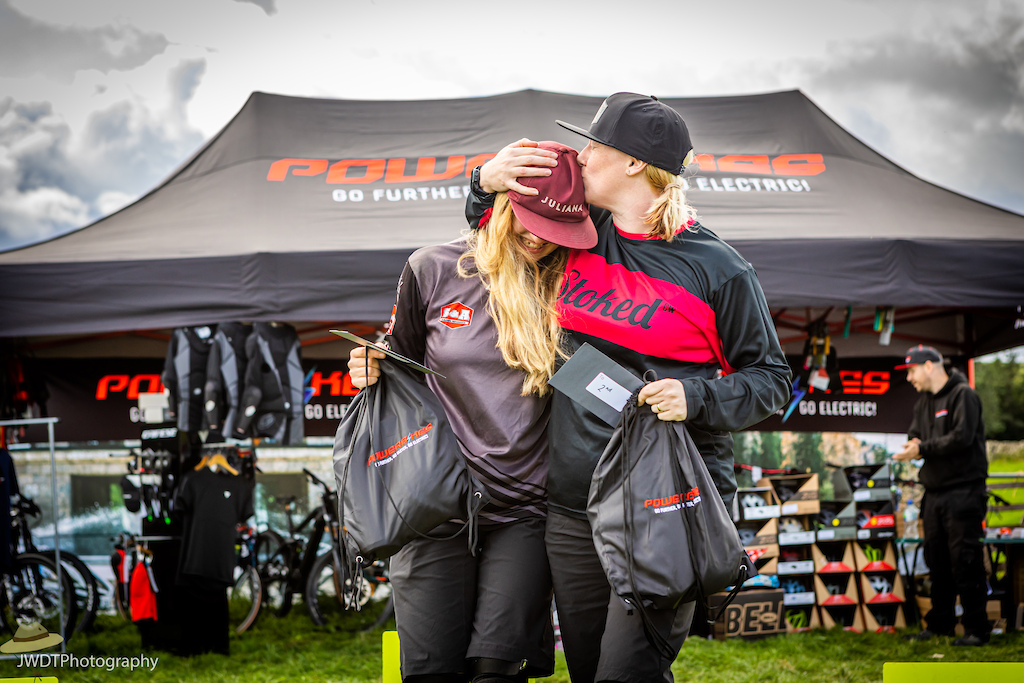 Team Vayro, mum Sarah and young shredder Hollie Faith
Sunday saw a much bigger field of riders competing, both on regular bikes and ebikes. However, the Sunday was far less forgiving with conditions. Soon into the race afternoon the heavens opened for a prolonged period of time and the grassy fields and rocky sections became slippery and even more technical. This could be seen in many riders times as their second runs down the stages were somewhat slower than their first. The course and stages were unchanged from the Saturday. 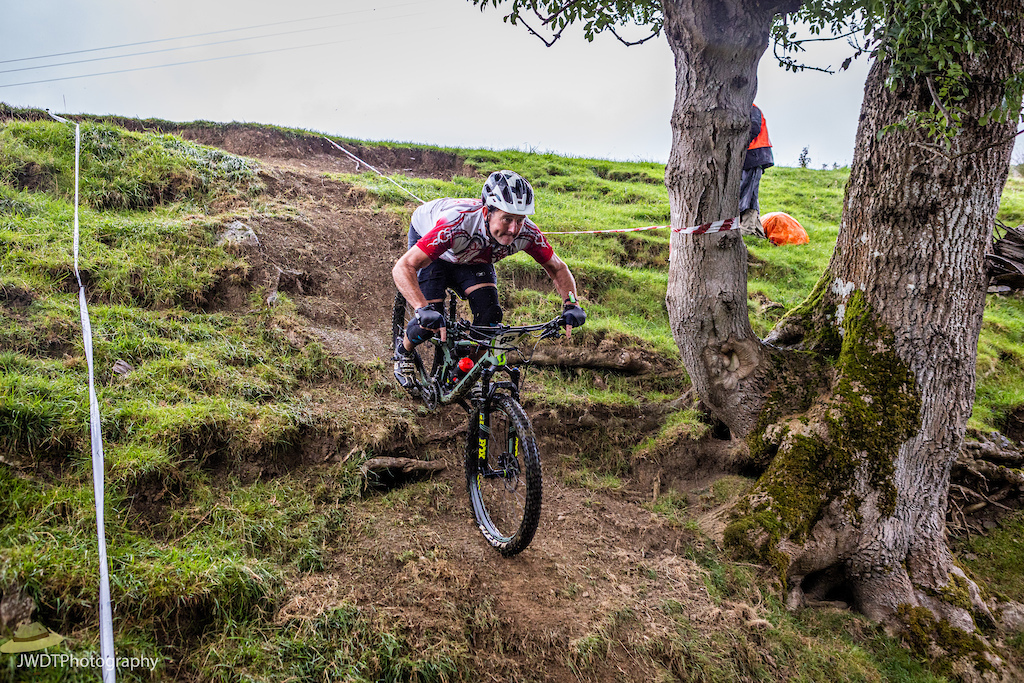 Total focus from Brian Harrison (50+) going into the bombhole 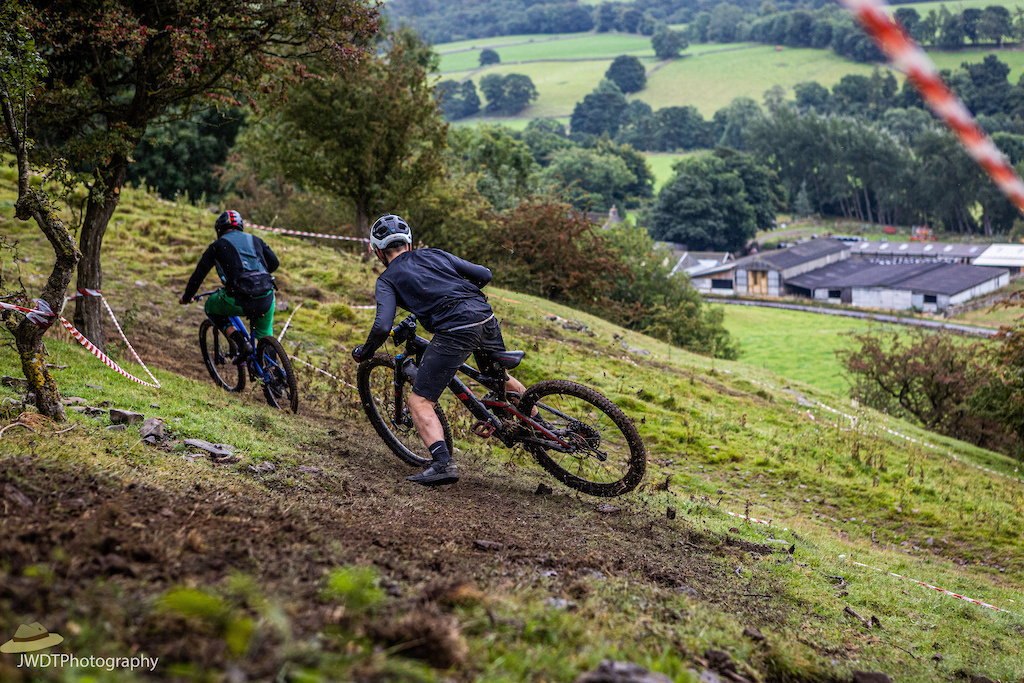 Foot out flat out on the flat fast and super slick corners on stage 2
The overall fastest 3 times of the Sunday was a battle of the young riders! All in the 14-18 category Harvey Slack took the fastest in an unbelievable 8:16.21 with Michael Tait taking second in 8:41.23 and third went to Charlie Bennett in 8:51.39. These three were outstanding on the day, and it's great to see such young talent pushing the more experience older riders! Special mention has to go to Stuart Carr (Vets) and Martin Sykes (Grand Vets) for breaking into the top ten fastest and keeping the young guns on their toes! 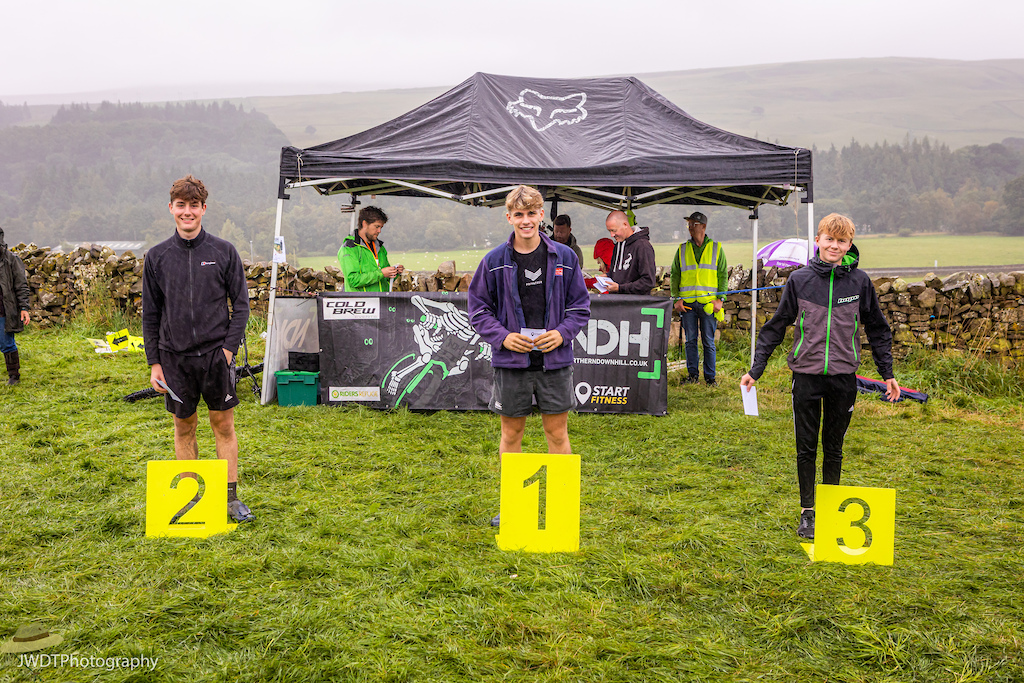 The unstoppable 3, Harvey, Michael and Charlie
The women's race was again a one category race of all ages. As if winning yesterday and being the fastest woman on the hill wasn't enough, Hollie Faith also brought her "analogue" bike along on the Sunday and took the fastest time in 10:29.12. Second fastest went to Karen Rushton-Wright in 11:20.85 and third fastest went to Rebekah Sinton in 12:08.31

For a complete run down of the race results and photos head over to roots and rain, Saturday results & Sunday results. This was one hell of an exceptionally good race especially for grass roots racing. For more information on upcoming race events from Northern Downhill, head over to their facebook pages or website. 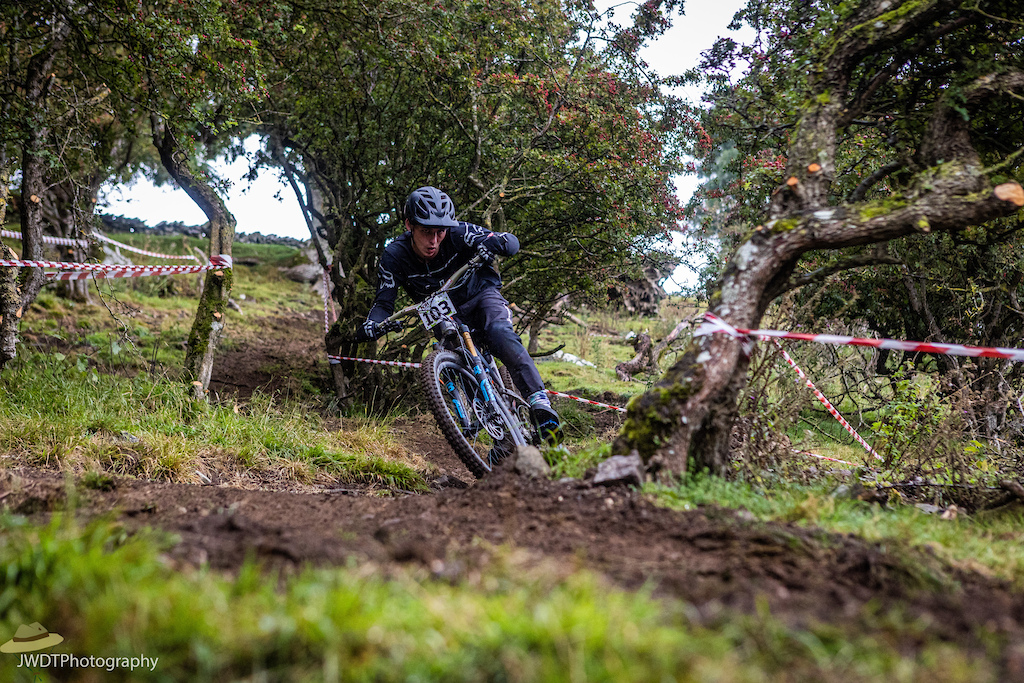 Eyes up and heels down. Brandon - First ever race and a 3rd place in category 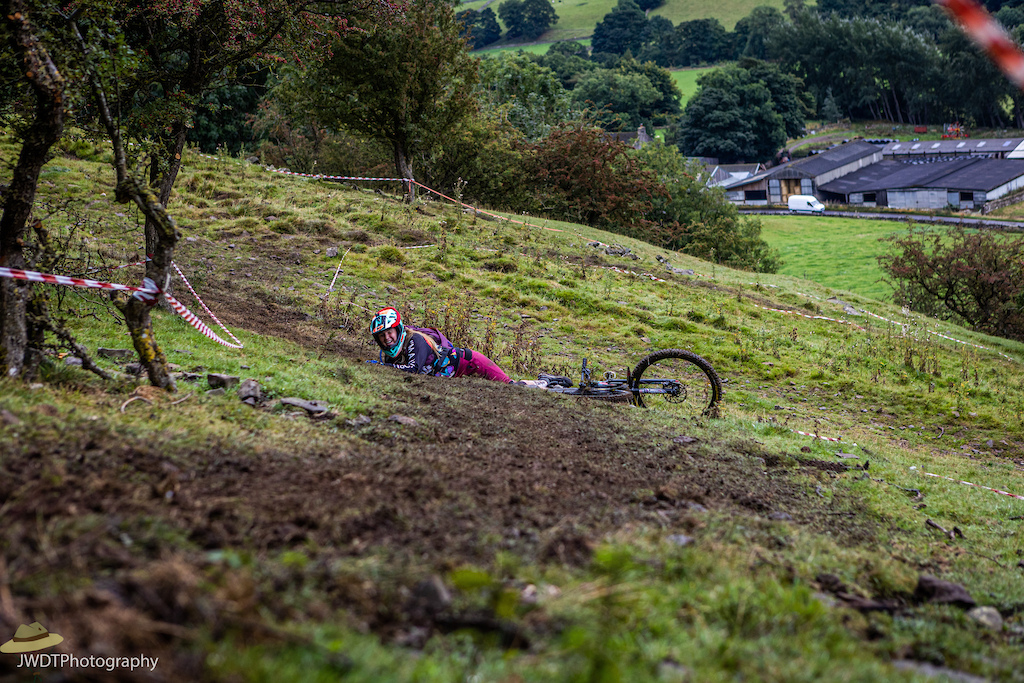 Sophie, you have a habit of crashing in front of the camera! 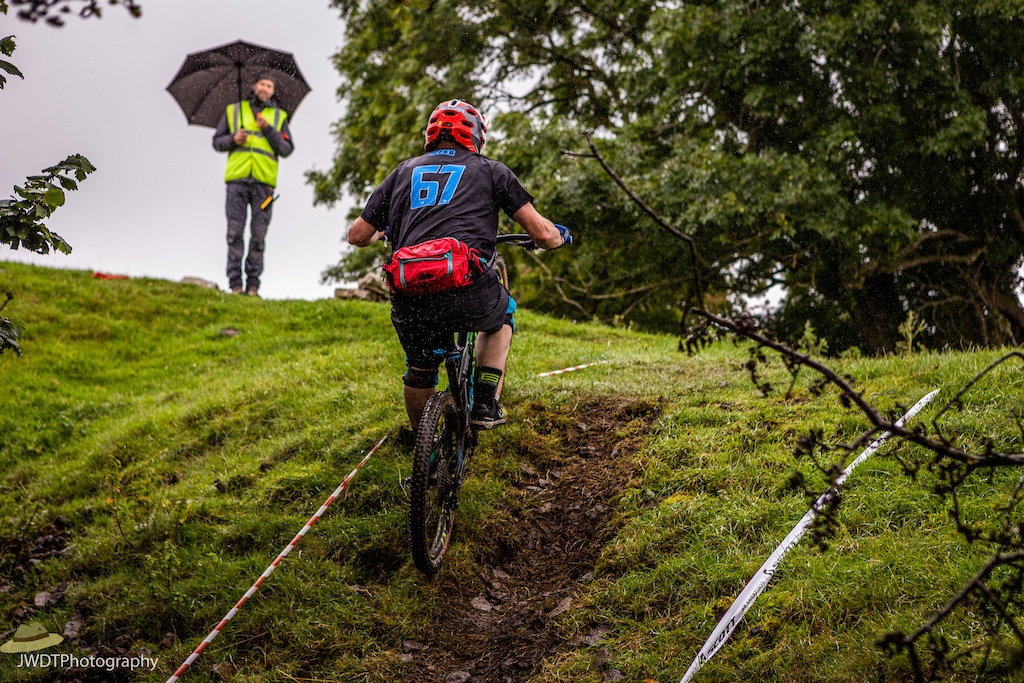 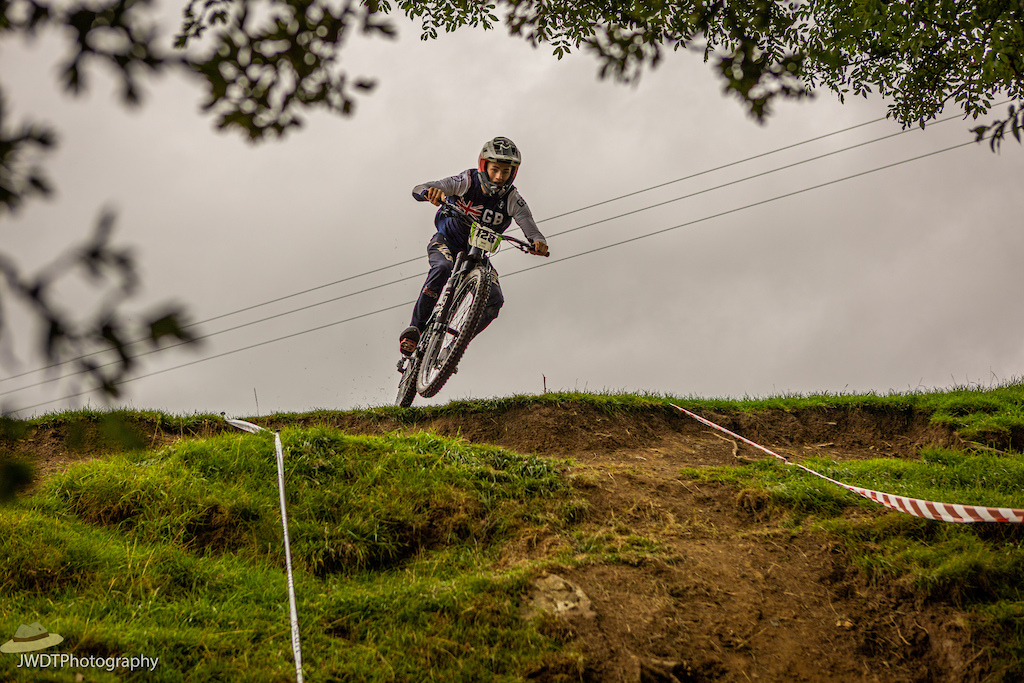 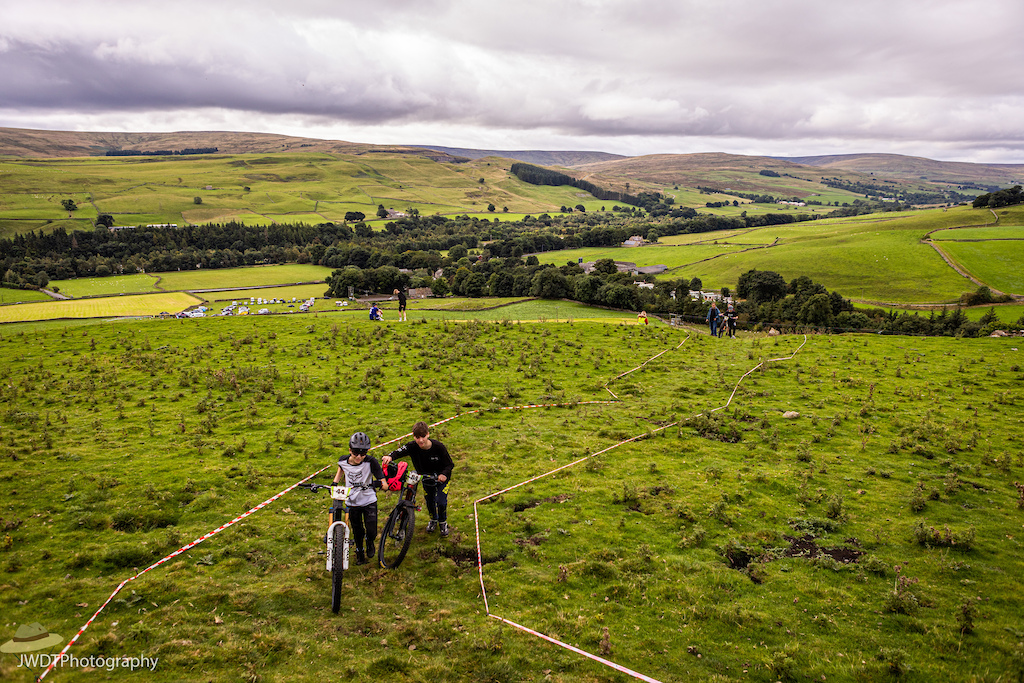 It may only have been a 2 minute descent, but the uphill was brutal. How many times did you push up? 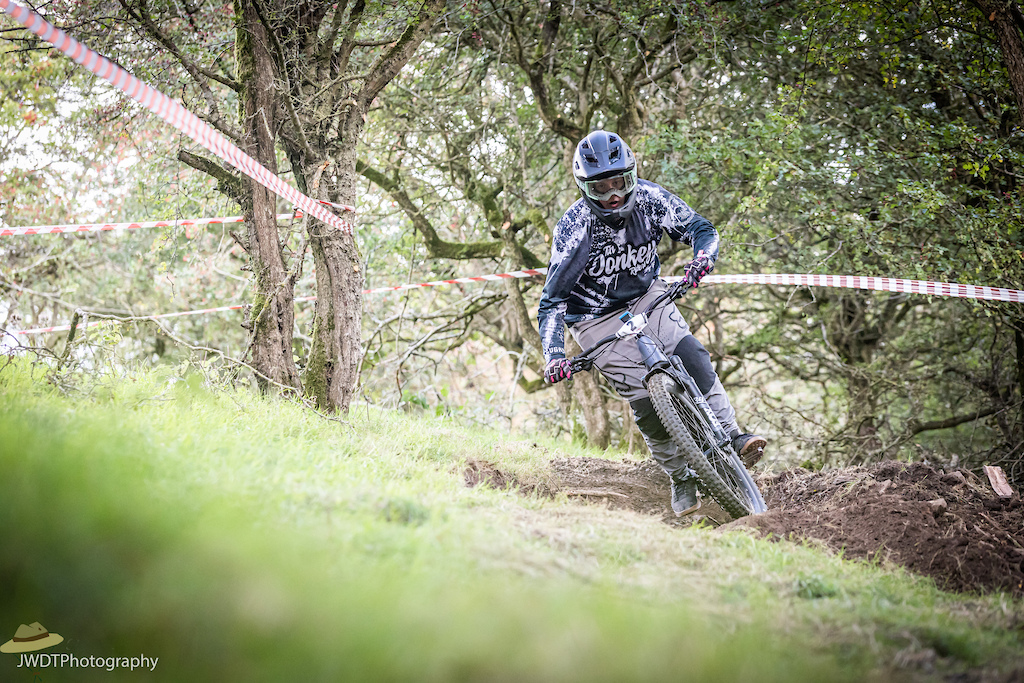 Will Arnold (14-18 ) on his final run and second place in category.

Huge thanks to Northern Downhill and Carl's team for another superb race weekend. Powerbikes the sponsors and supporters of the event over the weekend and marshals and medics.

jaame (Sep 15, 2021 at 6:41)
Is there a place where one can learn about enduro and DH races in the north of England? I keep hearing about these races after the fact. Would like to enter some next year.

Ask Valley is on hold at the moment I believe.