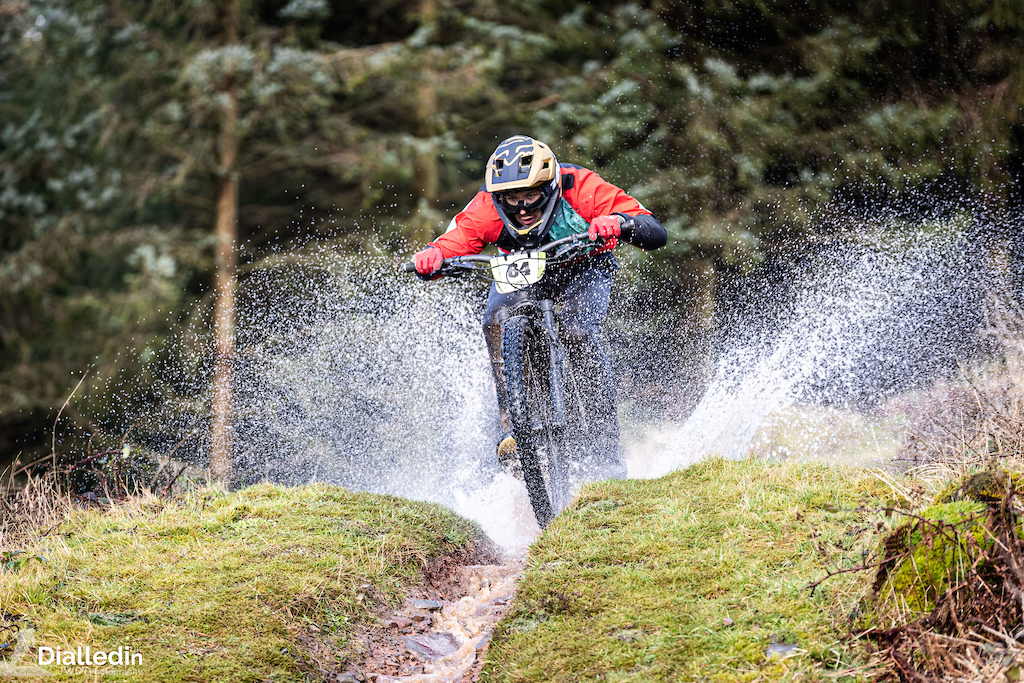 Craig McCracken shows how to race in a storm
Last weekend saw Northern Downhill return to Scotland to host another TT race at Ae forest. The TT races are a popular race as they are suitable for any style of mountain bike. These races are all about getting from the top to the bottom as fast as you can. In the morning it's all about practice and come lunchtime each rider gets two race runs and the fastest time goes forward as the result. There is no uplift for these races as the most common type of bike used are a trial or enduro bike. 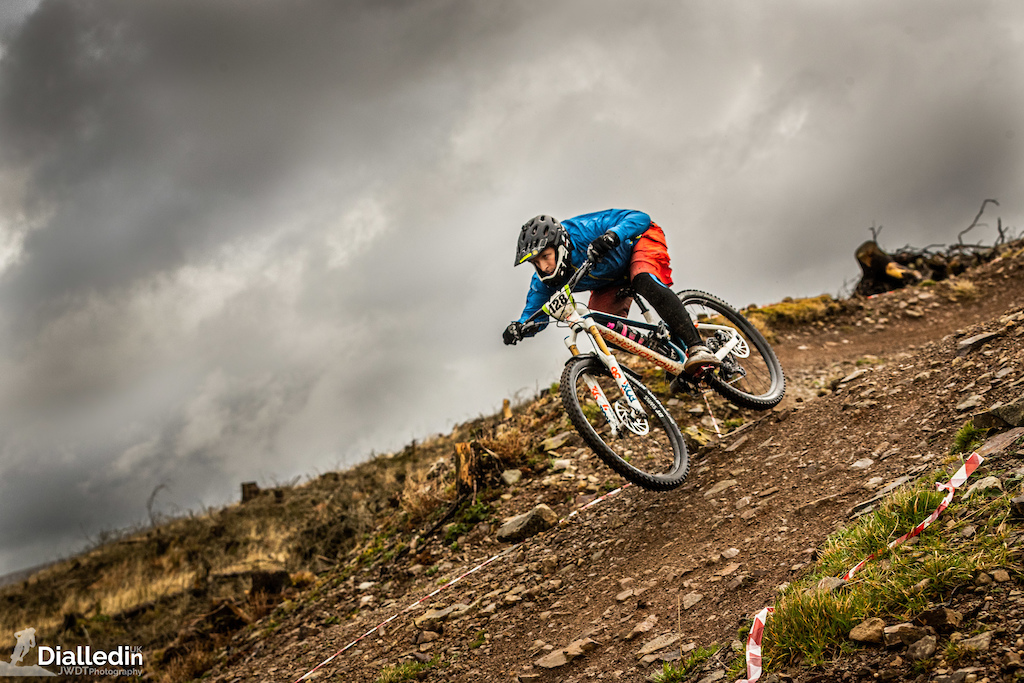 Mark Neal, fastest vet keep it as low as possible in the "moist track"
I have to admit as I was hitching a lift from County Durham to Ae forest with fellow photographer James we were having a very sobering conversation regarding the weather. All over the country forests and trail centres were closing down for the day due to the incoming storm Ciara. I had already contacted Carl the event organiser through the week asking if the race was still going ahead. Carl had been watching the forecast very closely and was adamant that the forecast for this forest was safe for running a race. It is fair to say that some of the approach roads were a little treacherous and some areas significantly flooded. But this did not deter 92 riders heading for the race and having an absolute belter of a day on the hill. 120 riders had signed up for the race and it is common for some numbers to drop out leading up to the race. It is fair to say that not many riders were put off by the conditions forecast across the country. During the day the weather was pretty mixed, there were strong winds, with some gale force gusts near the top of the hill, and throughout the day there was intermittent rainfall. 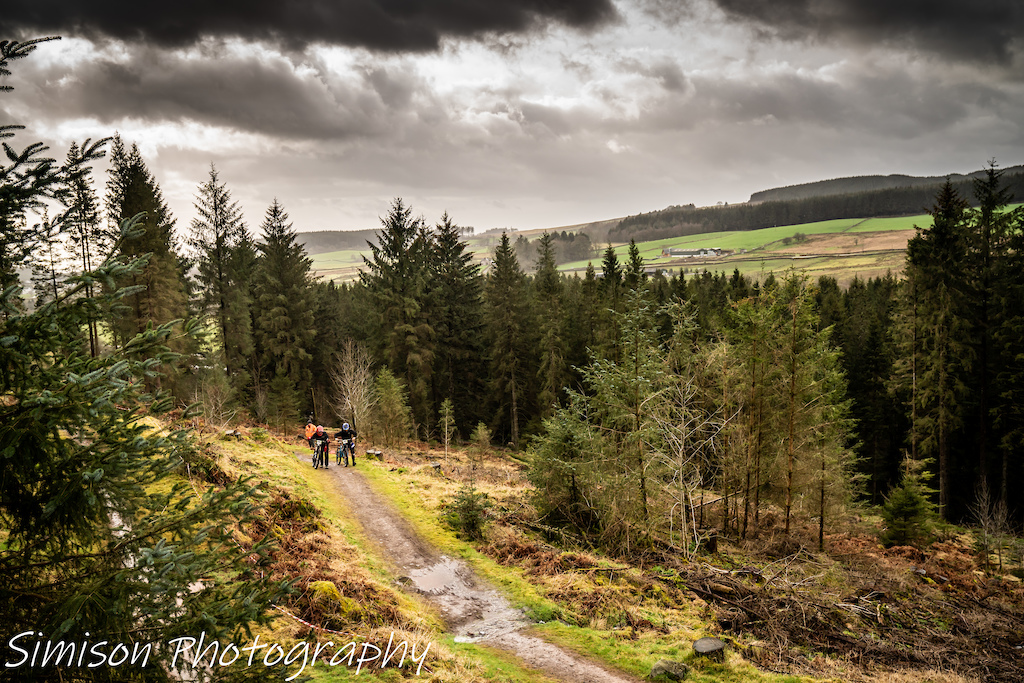 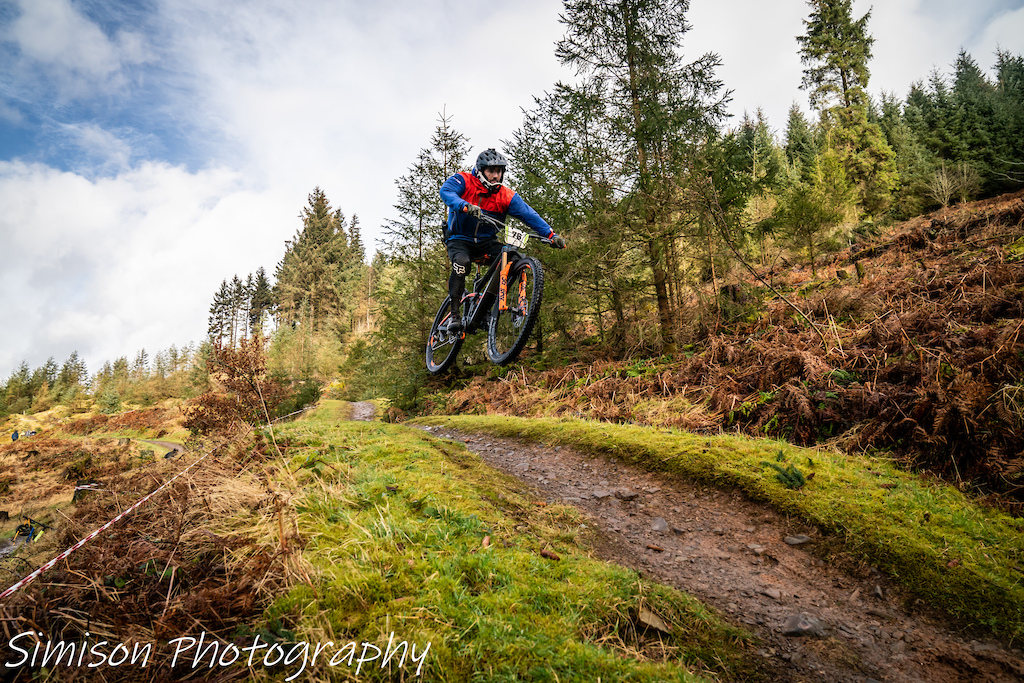 More sheltered further down, meant more air time. Note the blue sky!
The race course itself was Shredder followed by a small fire road sprint and then into Omegaman. These races have no uplift, each rider has to use their own steam to get up and down the hill. As I mentioned before the object of these TT races is to get from the top to the bottom as fast as possible. You have 2 attempts to get your fastest time. From top to bottom this track is literally jumps, berms and drops all the way. Despite storm Ciara 92 riders completed in the race. No medics were needed on the day and the conditions appeared to make the riders modify their riding style according to the weather and conditions. The top was very exposed therefore riders tended to compress all the jumps. The bottom half of the race was literally like a river but was slightly more sheltered. 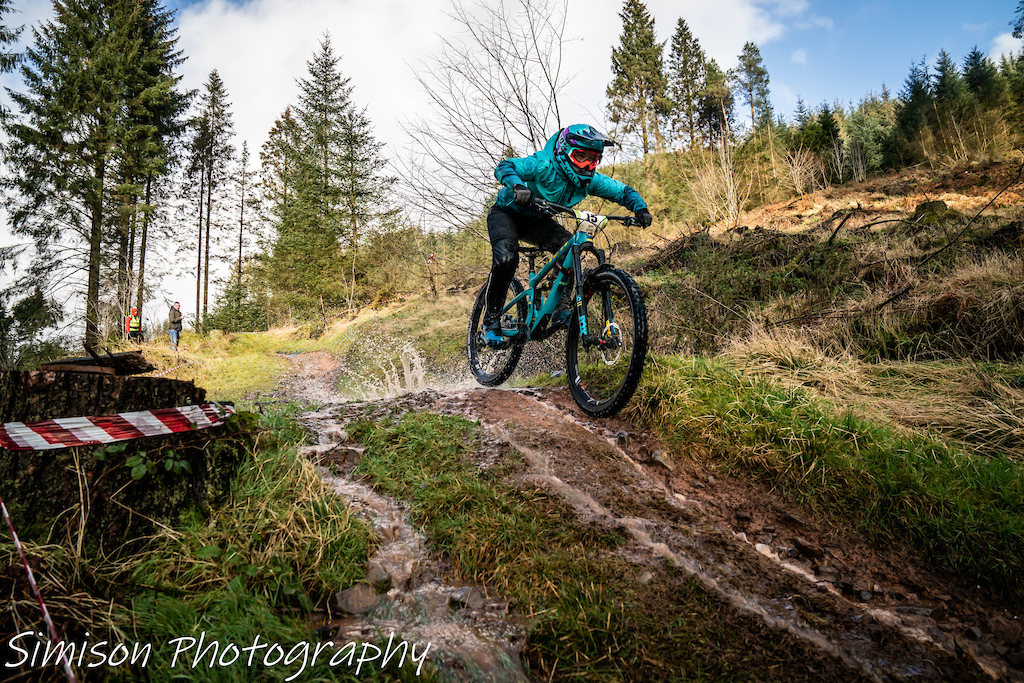 More of them rivers in the track


The overall fastest rider of the day was Brendan Morris (30-39) in a staggering time of 3:04.25 considering the weather conditions. Second fastest went to Cameron Turnbull (30-39) only 0.36 sec behind Brendan. A huge shout out goes to Mark Neal (40-49) who was third fastest of the day and only 2.04 sec behind Brendan. Clearly this was a race for the more experienced rider. Paul Fletcher was 4th fastest and Nick Smart was 5th fastest, the top 5 fastest riders were only separated by 5.60 seconds. That was one hell of a race for the top places. Literally one gust of wind could have separated the top 5 and it could have been anyone's win. 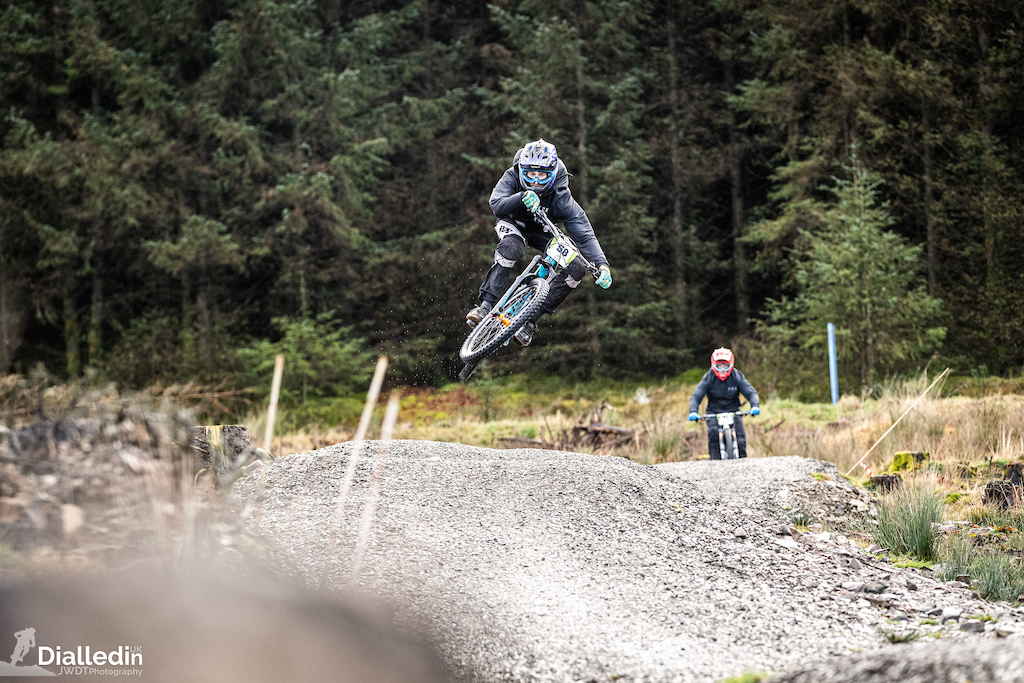 Kyle #JustPressSend in the gale force winds up top

Five females competed in the race and the fastest female rider on the day was Ellie Park in an incredible 3:37.40, 2nd fastest female of the day was Ellie Harrison just 10.61s behind and 3rd fastest was Amelia Wood only 26.51s behind. Only 36.64s separated the five female riders on the day. For a full run down of the race results head over to Roots & Rain. 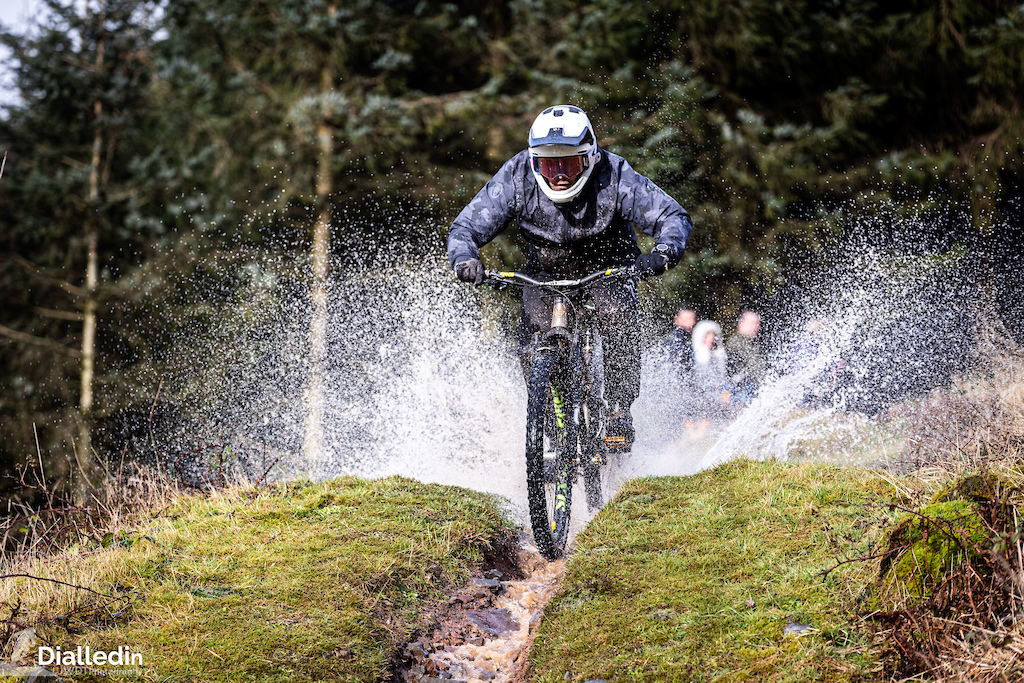 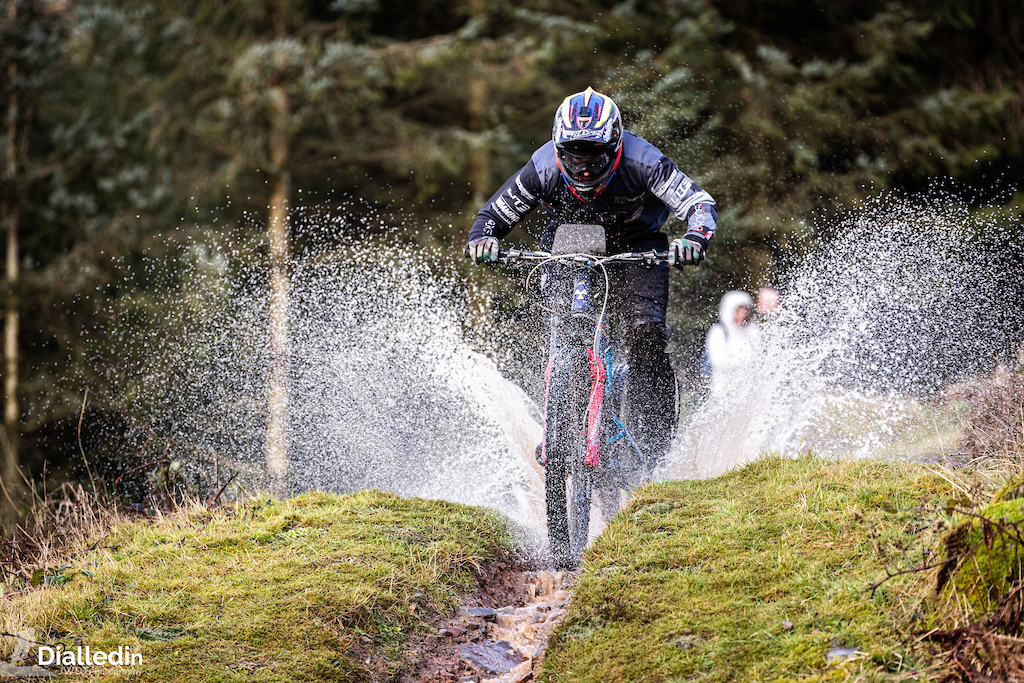 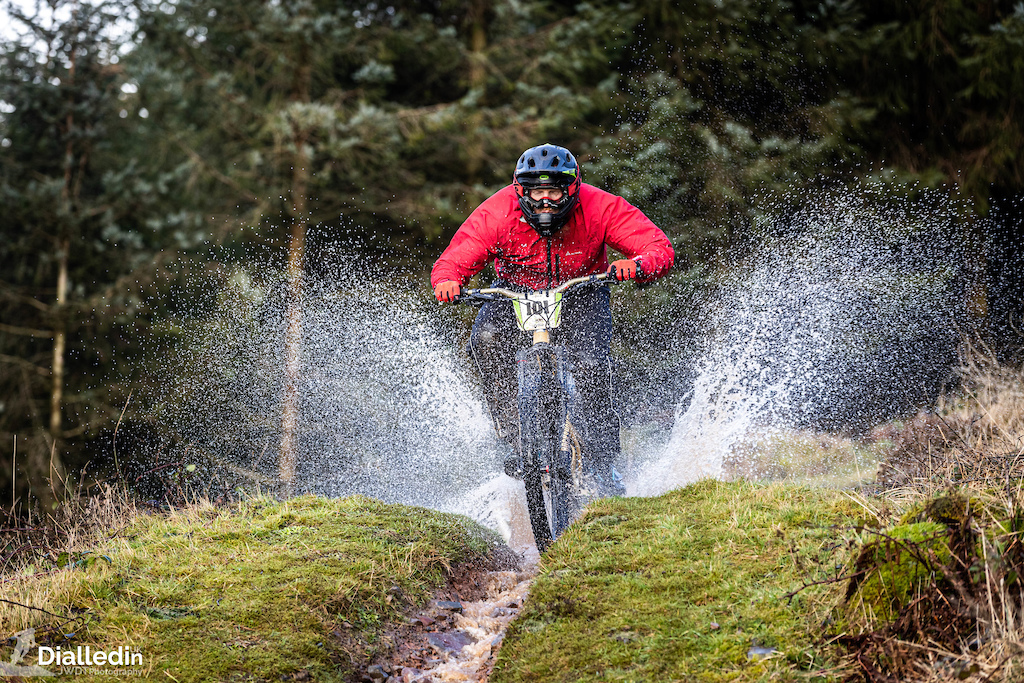 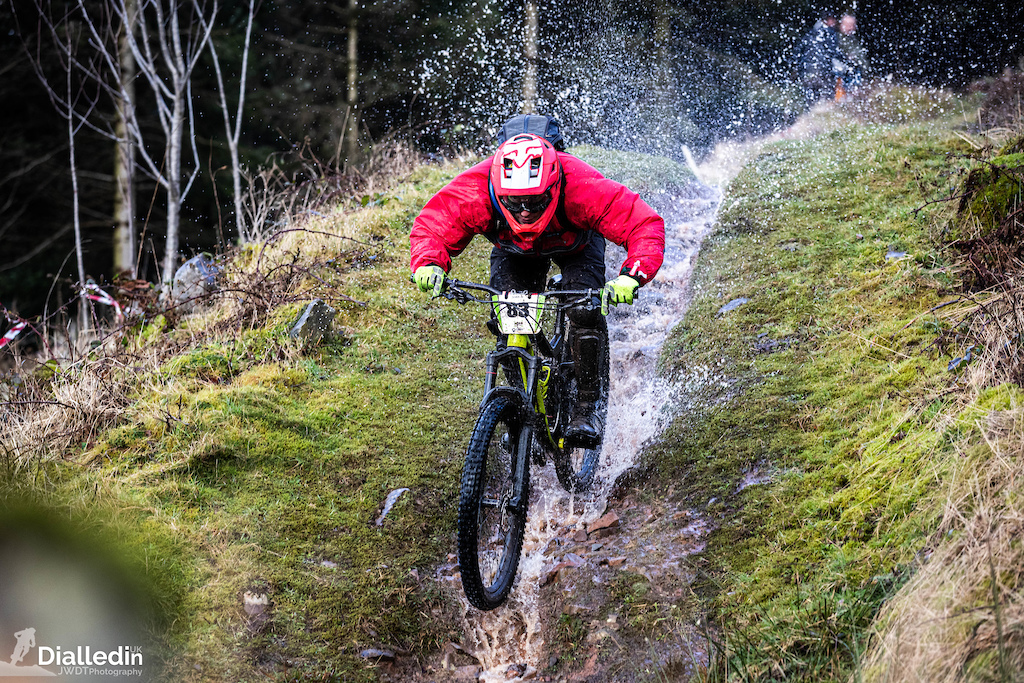 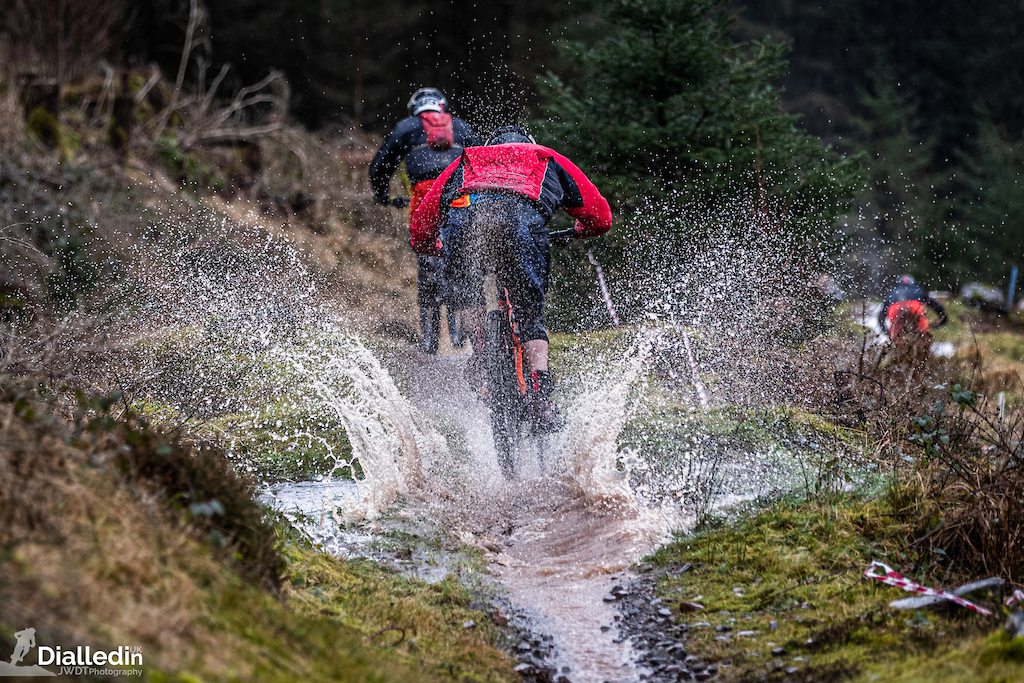 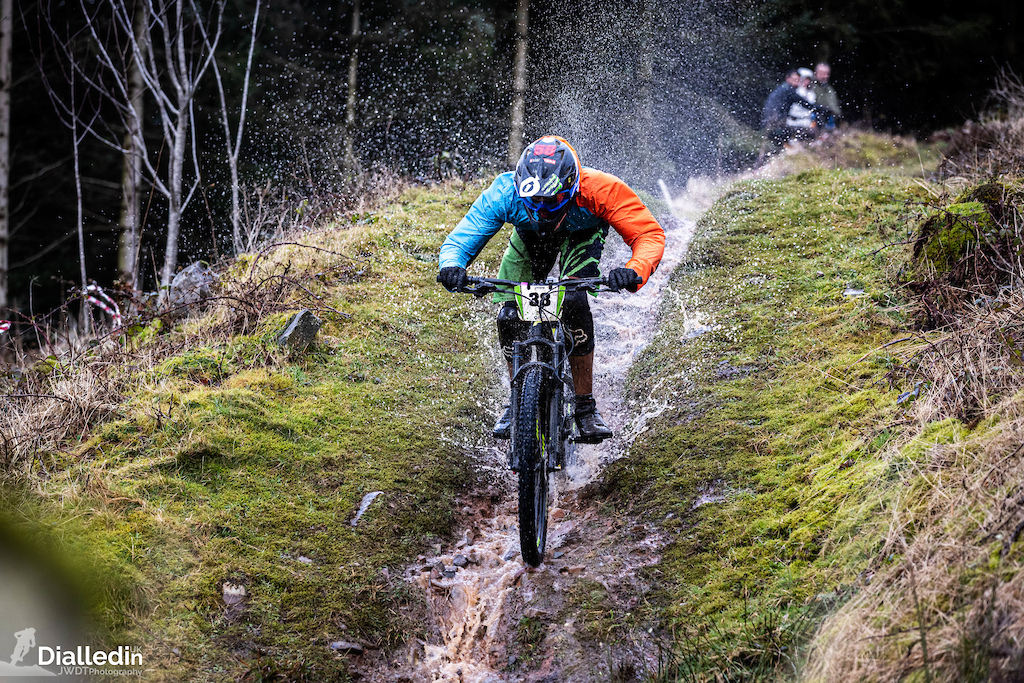 There you have it, again Carl the organiser behind the Northern Downhill held his calm and nerve and continued ahead with the race. There were challenges for the riders but having spoken to many it was clear that he had an absolutely brilliant race despite the conditions.

The next race in the calendar for Northern Downhill is at Chopwell woods on the 8th of March. This one is called the Chopwell Funduro and is suitable for novice riders, but it is not uncommon to see some experienced riders having ago and keeping the racing going through the winter months. For more information head over to the Northern Downhill website or Facebook pages. 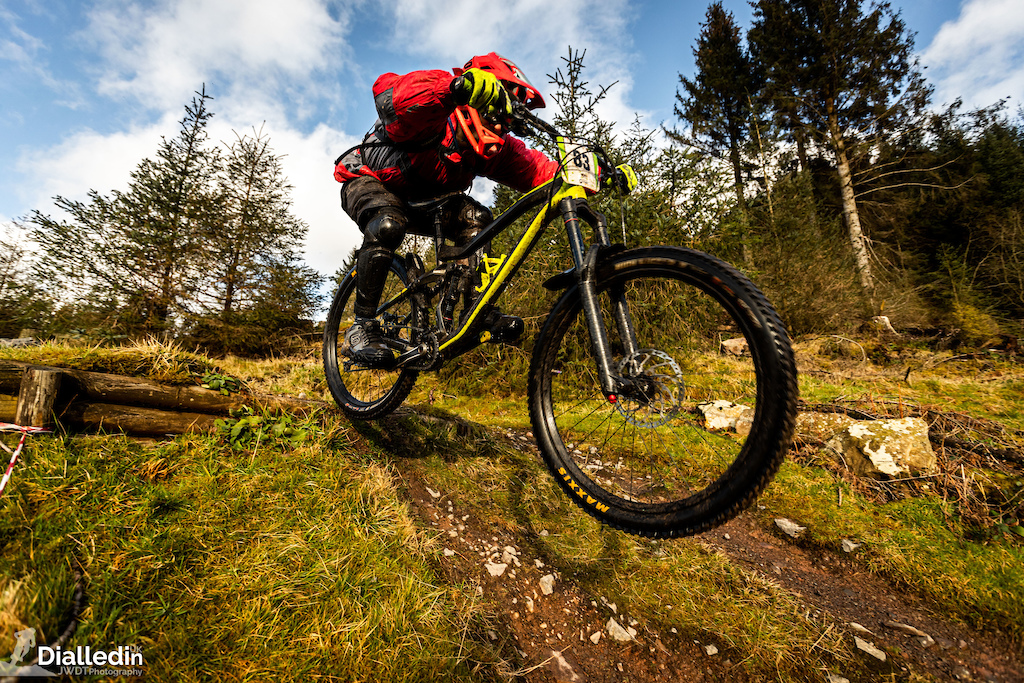 Tucking into the head winds 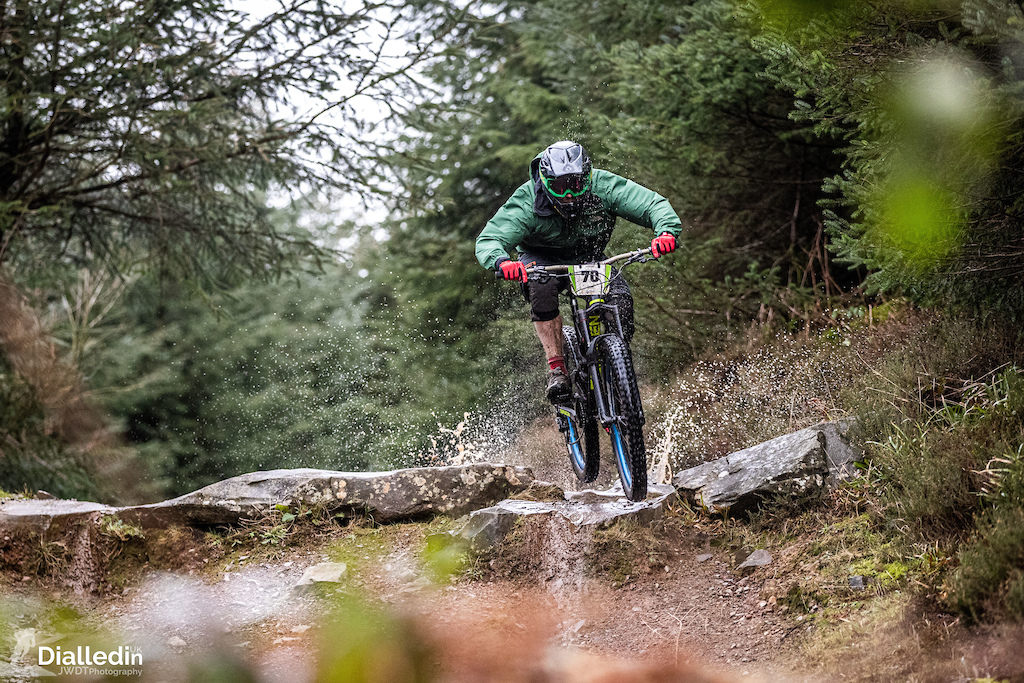 Everywhere you looked there was water!
A massive thanks to Carl and Northern Downhill for holding their nerve and running the race, there's nothing but positive vibes and electric race euphoria following the weekend.
Cheers to James Simison for helping out with the photography and driving the miles. I owe you beers!
Words and photos @JWDTphotography

JWDTphotography (Feb 13, 2020 at 5:11)
I forgot to mention the bike shop for lending you some Wellington boots.