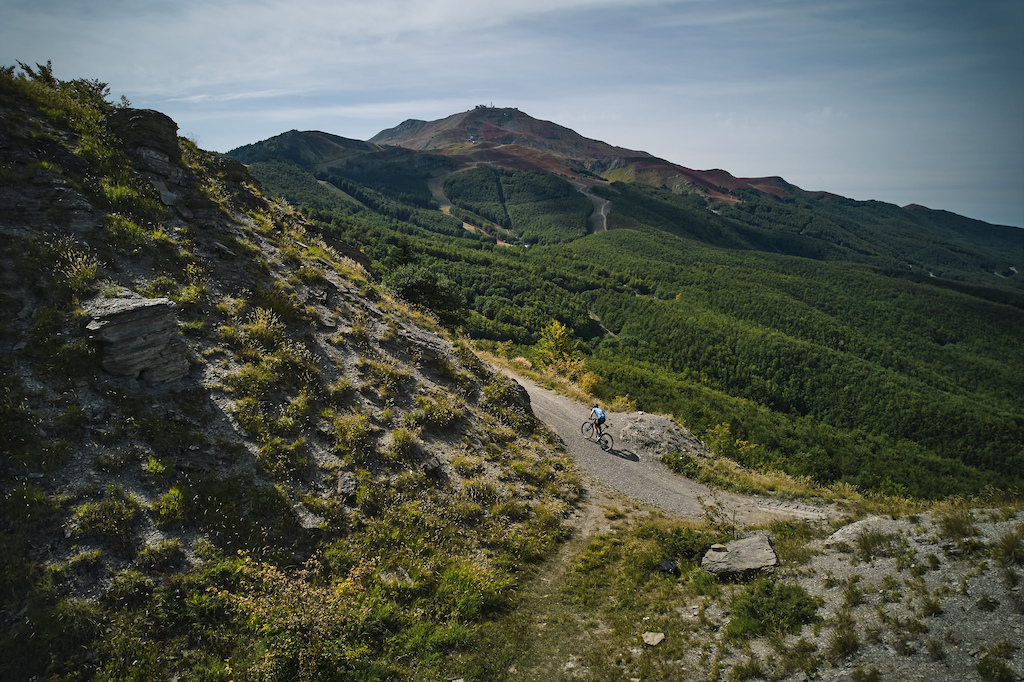 That’s an edition of duels at Appenninica MTB Stage Race. On Tuesday, September 14th, 2021, Ilias Periklis won the third stage (from Lizzano in Belvedere to Fanano) in 3:03:29, riding for 57 km and 2350 m of elevation gain. Thanks to his success, the DMT Racing Team Greek took over the leadership in the overall classification, moving in first position with and advantage of 26 seconds on German Felix Fritzsch.

In the first part of the route, the race was led by a trio with Periklis, Fritzsch and Dutchman Juul Van Loon. After the second feed zone at kilometre 35, the Greek rider took the initiative, increasing the pace and leaving the company of the two opponents. Behind, other Dutchman Bart Classens and Italian Elia Taverna reduced the gap with the chaser. At the finish line in Piazza Corsini, Ilias Periklis was 2:12 ahead of Classens, while Fritzsch was third with a gap of 2:40.

The third stage of the 2021 edition of Appenninica confirmed the early days' sensations, with Periklis apparently having something extra compared to his rivals, but Felix Frtizsch is close and ready to challenge him in the next days. The short 26" gap pictures a race open to the last pedal stroke, with Dutch Bart Classens solid in his third position, yet 17:40 behind the overall leader.

“It was another good day for me. I liked the route with many technical sections, but I rode safely, avoiding risks. After the second feed zone, I increased the pace aiming at conquering the leader’s jersey and I took it. I think that the battle between me and Fritzsch for the final victory will continue in the next stages, let’s take it day by day”, analysed Ilias Periklis after the finish in Fanano. 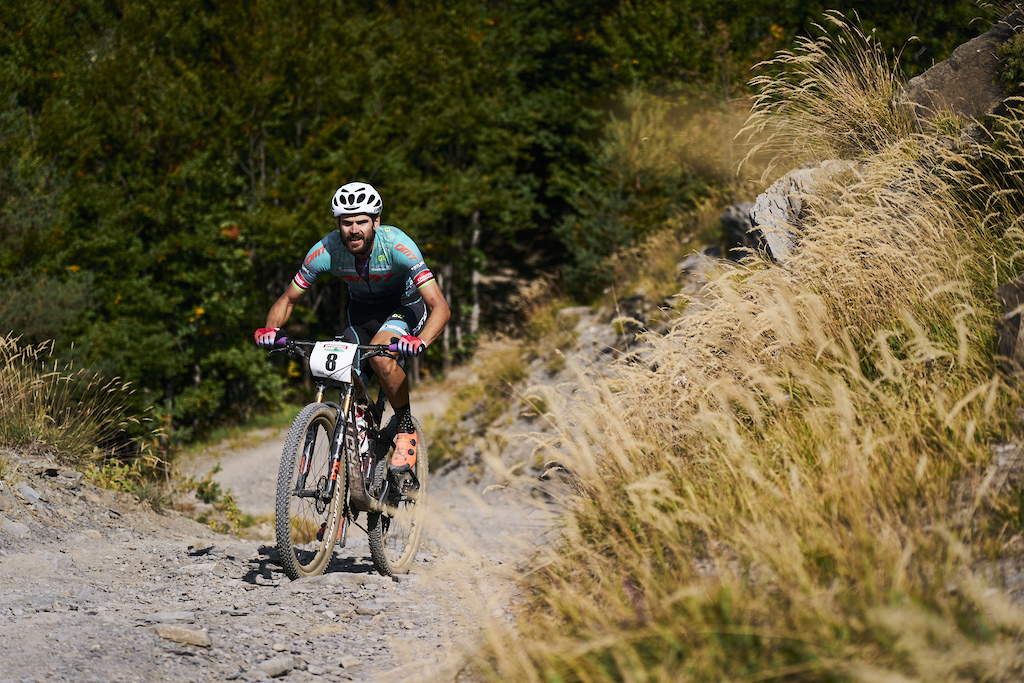 In the women’s category, the Lizzano to Fanano stage produced the third different winner out of three stages. Today’s best time was by Austrian Evelyn Sulzer, who finished in 3:57:27 ahead of Naima Diesner by 5:07 minutes. Virginia Cancellieri (Orbea Factoring Team) had a tough day, crossing the finish line with a gap of 22:13, suffering the fatigue of the first two racing days and a busy season. The Italian kept her second position in the standings with just a two-second margin on the stage winner, but the gap to leader Naima Diesner is now extended to 25:56.

It was a positive day for the German, who despite her runner-up spot in the stage consolidated her leadership. "Evelyn (Sulzer) overtook me on the first climb but knowing that the race is still long I didn't want to force and opted to continue at my own pace. I also got a flat tyre in the next few kilometres, but that can happen. I'm happy with my performance, but for the final victory I think that Sulzer is doing well and can still be dangerous", explained Diesner at the finish line.

A bit surprised but excited, Evelyn Sulzer still holds chances for a comeback on the top positions in the ranking. “I really didn't expect to win because there are two riders who are much stronger than me on the downhill. We still have a lot of kilometres to go with a lot of difficulties, anything can happen, let's see what will be going on in the general classification. The landscapes are fantastic, and the route is wonderful, I'm really happy to be here at Appenninica", said the Austrian bikers. 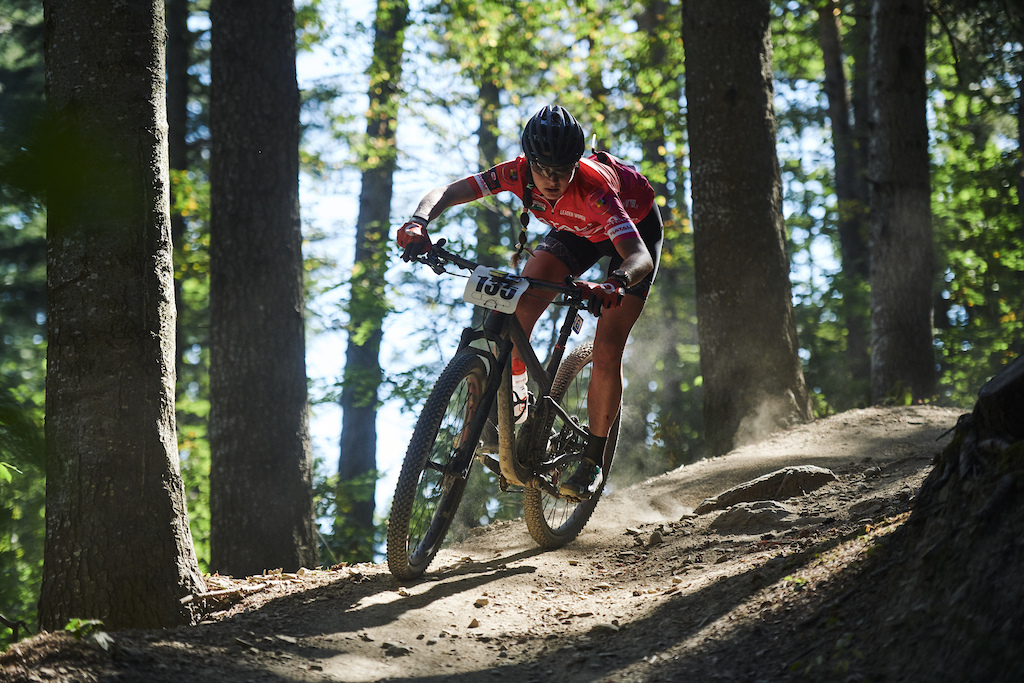 It's time for speed and adrenaline at Appenninica, with the fourth stage scheduled on Wednesday, September 15th, 2021. The 48 km and 2150 m of elevation gain that await the athletes have been charted by famous trail builder Pierpaolo "Pippo" Marani, who also designed the famous Black Snake in Val di Sole, where twenty days ago the Downhill World Championships titles were awarded.

Starting and finishing in Piazza Corsini in Fanano, the route has two climbs: the first one is the 14 km ascent to the Colombino Pass, followed by the second one to the Croce Arcana Pass. The decisive moment will probably be the long descent (18 km) with 15 single track sections, where the most capable downhill specialists will find perfect ground to showcase their qualities. 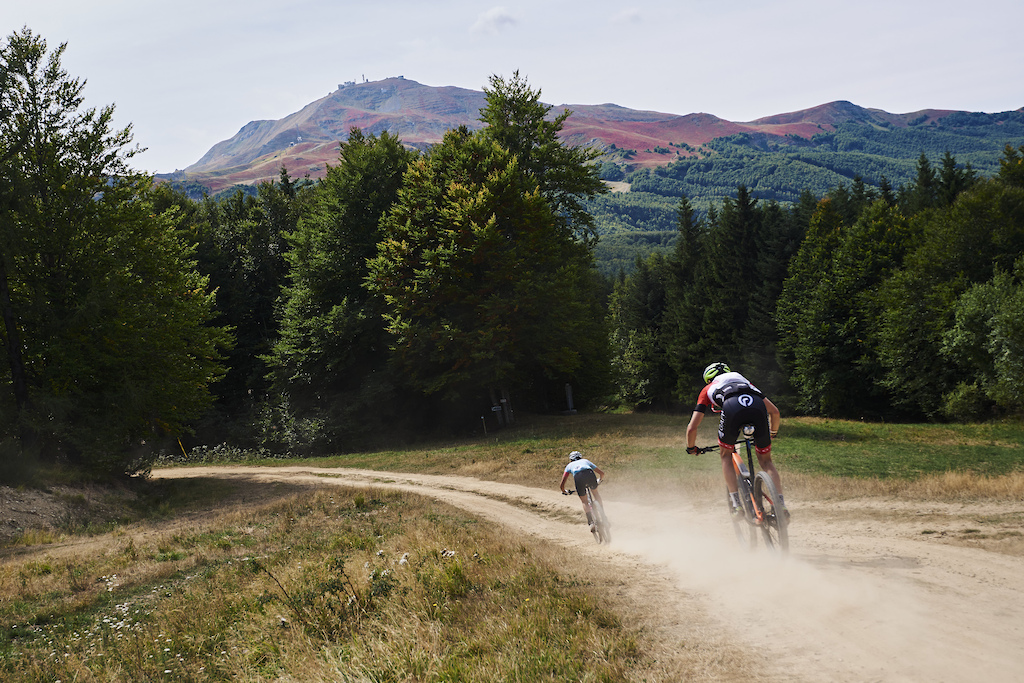