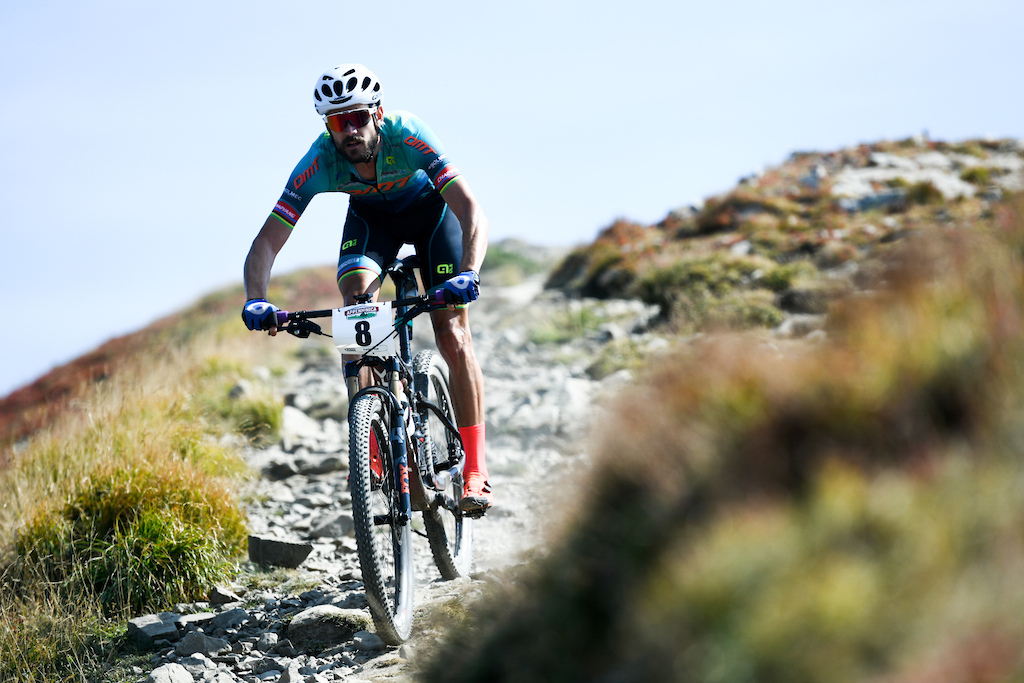 The Greek rider of DMT Racing Team won the second stage of Appenninica MTB Stage Race 2021 with a decisive attack in the descent towards Lizzano in Belvedere. German Felix Fritzsch remained atop the GC, closing 43″ behind today’s winner. Naima Daisner won the stage and took over the jersey among women

On the slopes of Corno alle Scale, Emilia-native former skier Alberto Tomba laid the foundations of his amazing career. On the descent towards Lizzano in Belvedere, Greek Ilias Periklis used his skills to launch the decisive attack to win the second stage of the 2021 Appenninica MTB Stage Race on Monday, September 13th. The DMT Racing Team rider completed the 55km and 2540m elevation gain stage in 3:17:36, 43 seconds ahead of stage one winner Felix Fritzsch (RSG 52 Stolberg). After surprising everyone in the opening stage, the German confirmed his good form and kept the leader’s jersey in the general classification.

As expected, it was the long 33km climb on the way to Corno alle Scale that made the difference, with Periklis setting the pace and putting his rivals on the back foot. On the second ascent to Monte Cupolino, overall leader Felix Fritzsch was able to get back to him, but on the downhill the Greek, 2012 Marathon World Champion, sprinted hard to gain the 43 seconds needed to win the second stage. On the third step of today’s podium, with a 11:09 minutes delay from the winner, was Italian Elia Taverna (Asd Bike and Fund Team). 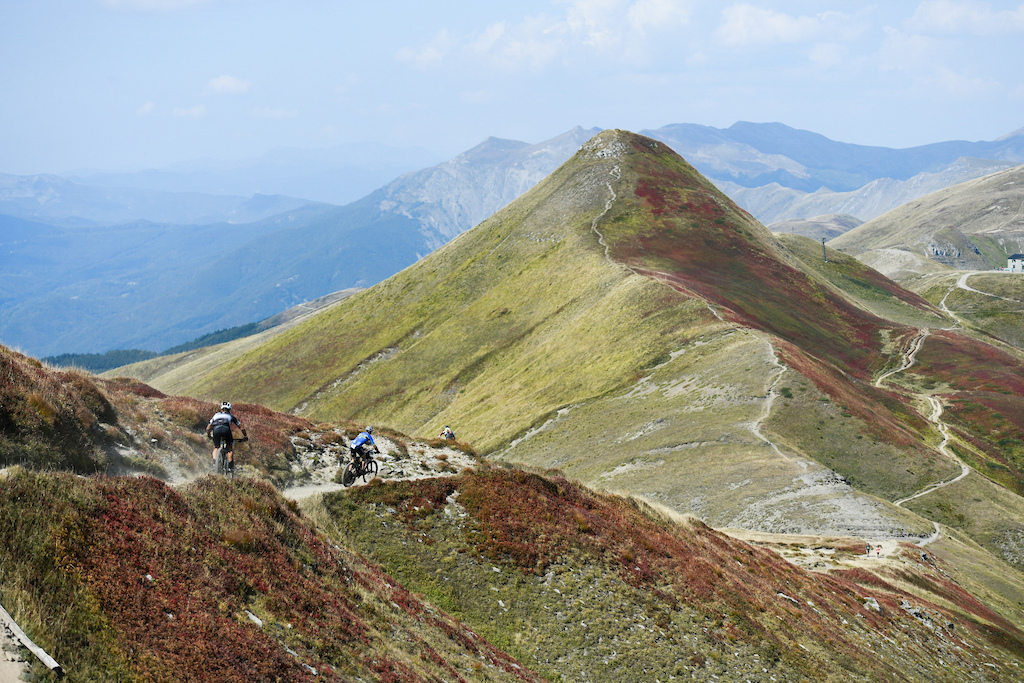 “It was a long stage, harder than yesterday’s, and around the halfway of the race I started to raise the pace to make a selection,” said Ilias Periklis at the finish line. “On the last climb I lost time and Fritzsch came back, so I had to work even harder to shake him off and win this stage. There are five more difficult days ahead and the terrain is very technical with several fun singletrack sections, so we’ll see what the Apennines have in store for us tomorrow”.

The challenge between Periklis and Fritzsch promises to be a fierce one over the next few days as the Greek is only 2:23 minutes behind in the overall standings and there are plenty of kilometres and difficulties to change that. Finishing the Lizzano stage more than 14 minutes behind the race leader, Dutchman Bart Classens lost further ground, but still remains third in the general classification with a delay slightly under 20 minutes. “I was close to Periklis on the final climb, but I couldn’t keep up with him on the descent” Fritzsch analysed, “anyway I’m still happy to be leading the general classification“.

The women’s race was a revolution, as Virginia Cancellieri (Orbea Factoring Team) had to give up the leader’s jersey to German Naima Daisner. The Tuspo Weemde team rider completed the second stage in 4:13:48, beating the Italian by 9:57 minutes. After having narrowly lost out to Cancellieri in the opening time trial, the German jumped to the top of the standings with an advantage of 8:51 minutes thanks to her performance in “Il Corno” stage, which leaves the situation still open for the next stages. Further behind was Evelyn Sulzer, who paid 19:37 to the winner at the finish in Lizzano (third position) and has a gap of more than half an hour in the general classification.

“Today was a really tough stage with a hard climb and a very technical descent, that I really enjoyed – commented Naima Daisner after the finish -. Virginia (Cancellieri) rides really well and she’s very strong, so I think there’s all the ingredients for a tough challenge between us. I’m very happy to wear the leader’s jersey today“. 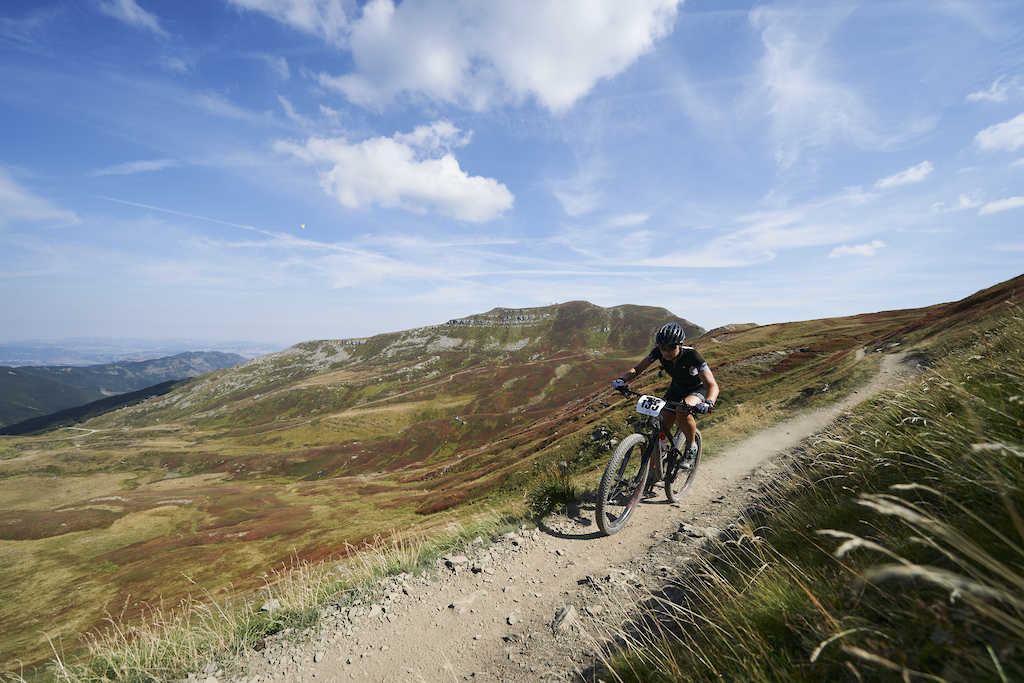 FROM LIZZANO IN BELVEDERE TO FANANO: THE ECSTASY OF GOLD

The Appenninica MTB Stage Race family will get back in action tomorrow Tuesday, September 14th: from Lizzano in Belvedere, the athletes will face a tricky stage of 50 km and 2300 meters of total elevation gain to Fanano, with the efforts starting to pile up after three tough days on saddle.

The heart of the third stage is the ascent to Monte Cimone, with 15km of long regular ascent. From the summit, there will be several ups and downs inside the Cimone Bike Park, that could be challenging and make a selection. Before the finish line in Fanano, the race will also pass through the village of Trignano, from where the brave Felice Pedroni left seeking gold in Alaska and to whom the stage called “Gold Rush” is dedicated. 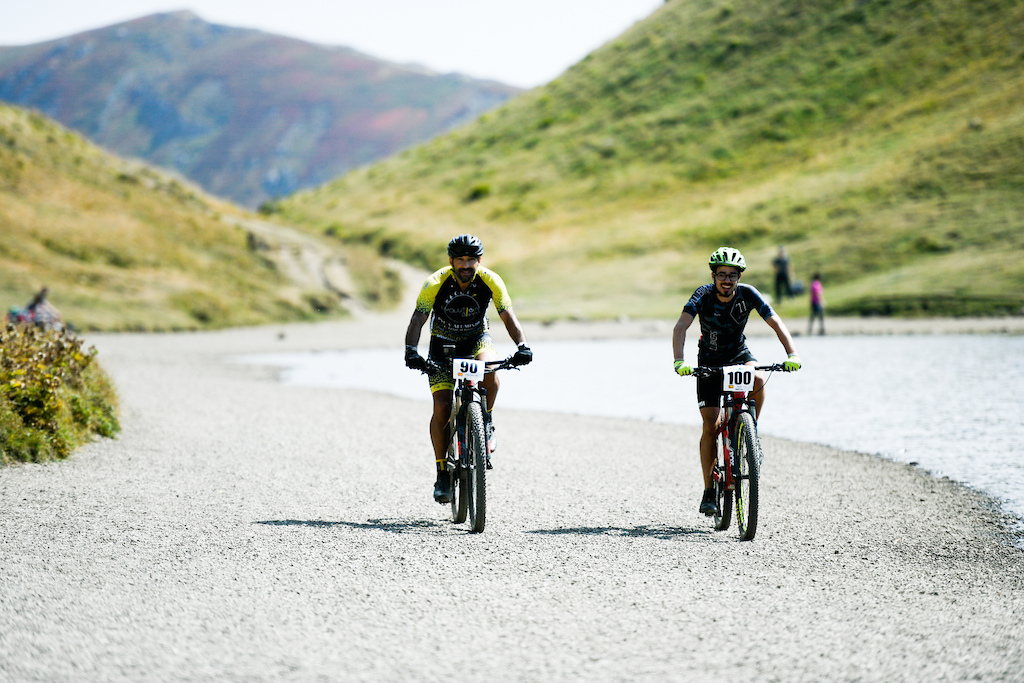