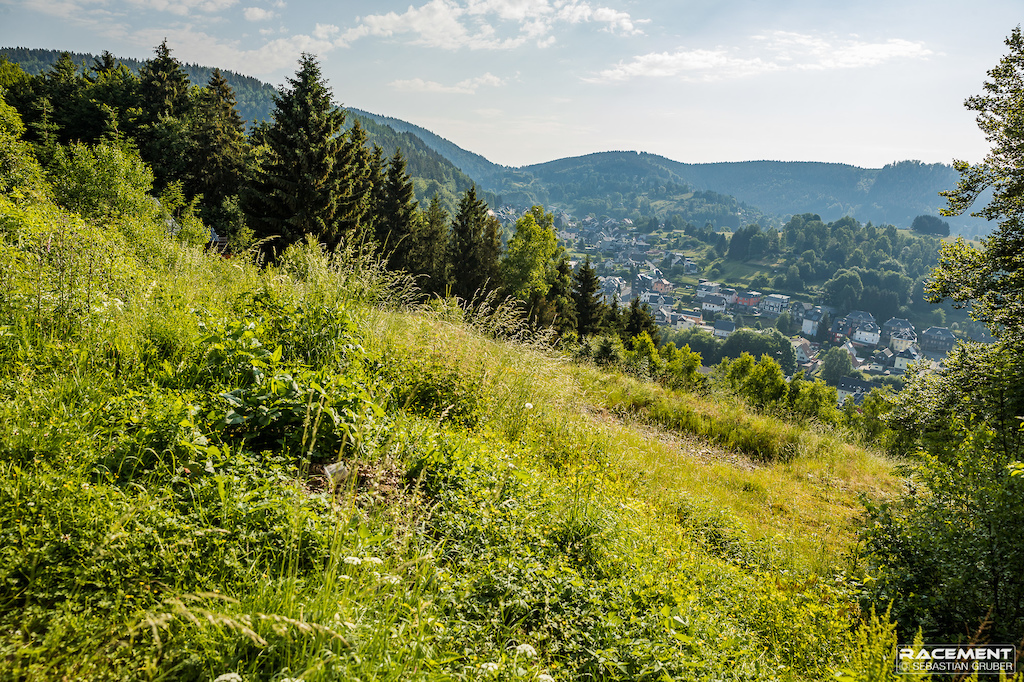 After the downhill season couldn't really get started this year, it was now Steinach in Germany, where a first race could take place under pandemic conditions. About 210 participants from 14 different nations came to attend the Specialized RockShox Rookies Cup.

The current crisis has brought the racing events industry almost completely to its knees. Hardly any organizer is currently in a position to hold a race under the uncertain circumstances and difficult conditions, so all events of the iXS Downhill Cup and the Specialized RockShox Rookies Cup had to be cancelled. Only at the beginning of July, the NotARace could be held in Schladming, Austria, as a replacement for around 30 invited riders.

Covid-19
But now the dry spell has been broken because Steinach in the Thuringian Forest did not want to give in so quickly and was able to work out a concept with the authorities that takes all matters into account and still allows a race. Admittedly, a Rookies Cup is of course not a too big crowd puller and with the limitation in the number of participants, we could also undercut the number of those present and stay below the current gathering limits. Also, measures were taken in some places to reduce the risk of infection as far as possible, apart from the usual regulations regarding distance, hygiene and mask requirements. 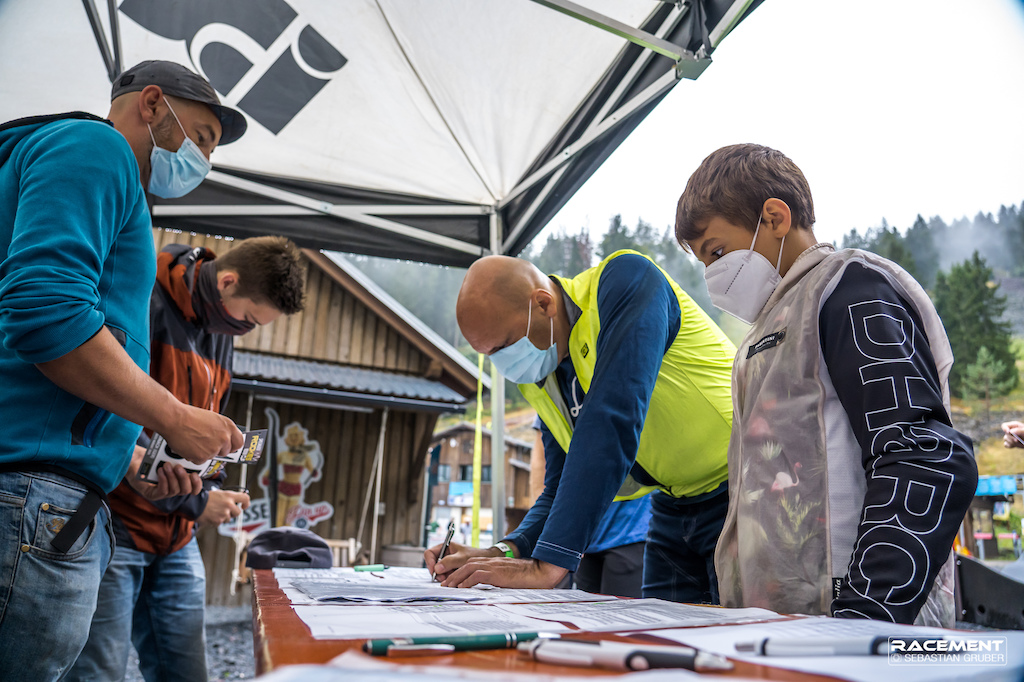 For example, the issue of starting numbers and the training times were separated for each class and the award ceremony was replaced by a quick award ceremony after each class. Nevertheless, as an organizer, you can do whatever you want, in the end, everything depends on the behaviour of the participants. In Steinach you can't blame them, because, contrary to many regions, the topic of infection prevention was omnipresent there and appropriate to the protection of those present. 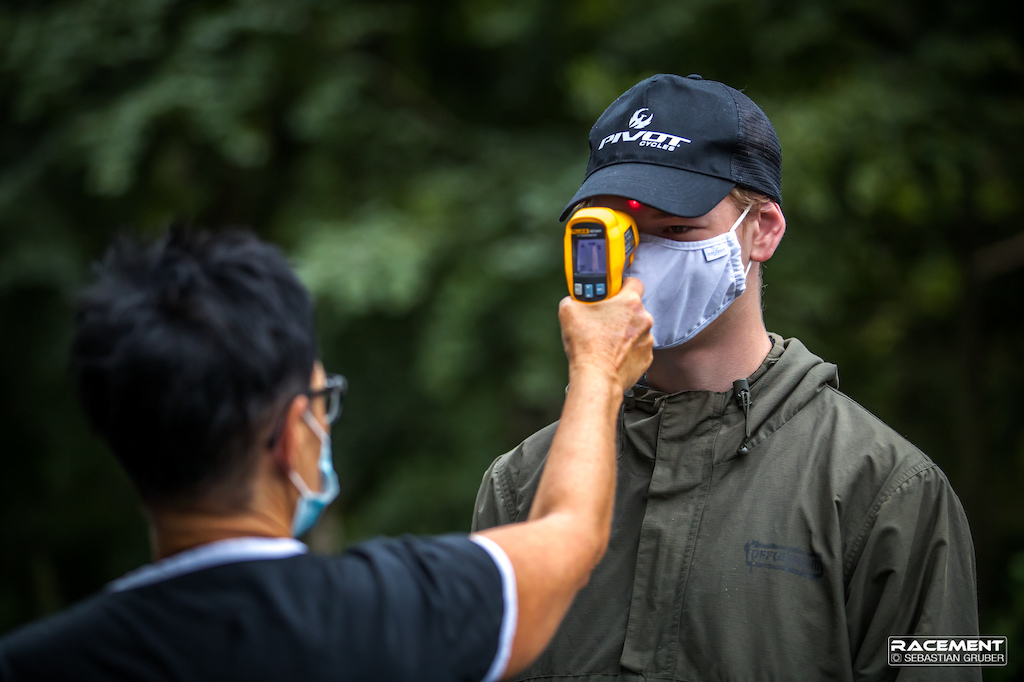 Steinach has been back in the Rookies Cup for four years now and with its 1750-meter-long route and at least 250 vertical meters, it can also score well with young athletes. The appropriate level of difficulty and the atmosphere with Thuringian bratwurst are therefore perfect for a junior race. 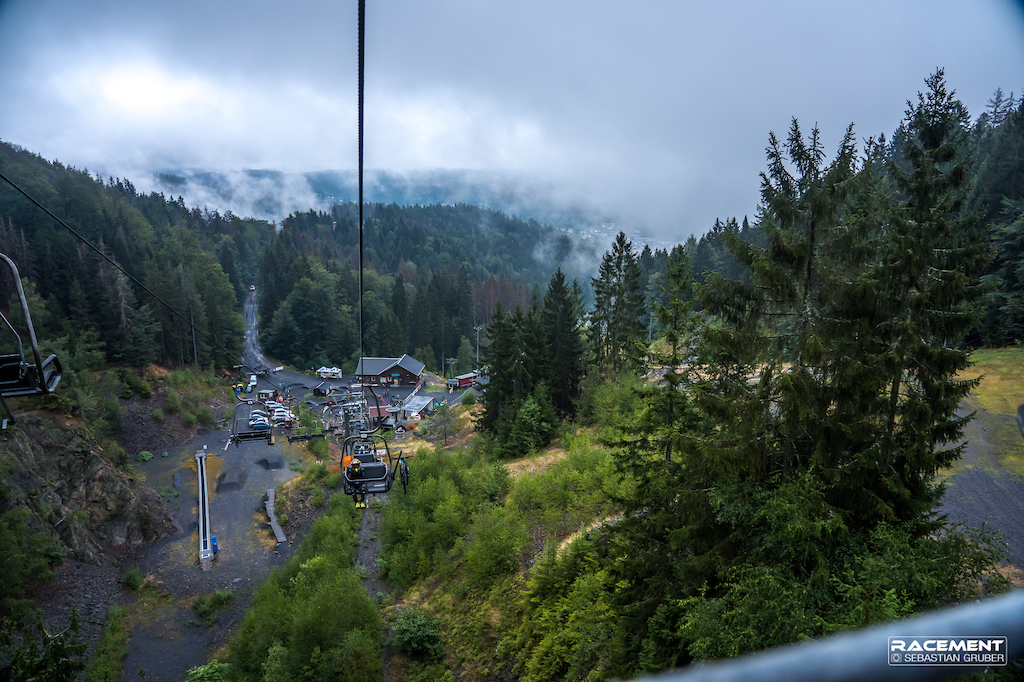 Seeding Run
On Saturday the weather was summery and so the mood was very relaxed. The track was quite wet from the rain during the night and therefore very demanding, but that didn't seem to bother the youngsters either. The mode with the race on two days, which has been used for a long time based on the iXS Cup races, creates enough time for training without any stress. The seeding run was next on the program from 2.30 p.m. In the end, Mike Huter (SUI - Bikecorner Baar) from the Boys U15 class set the best time of the day with a time of 2:25.485 minutes. 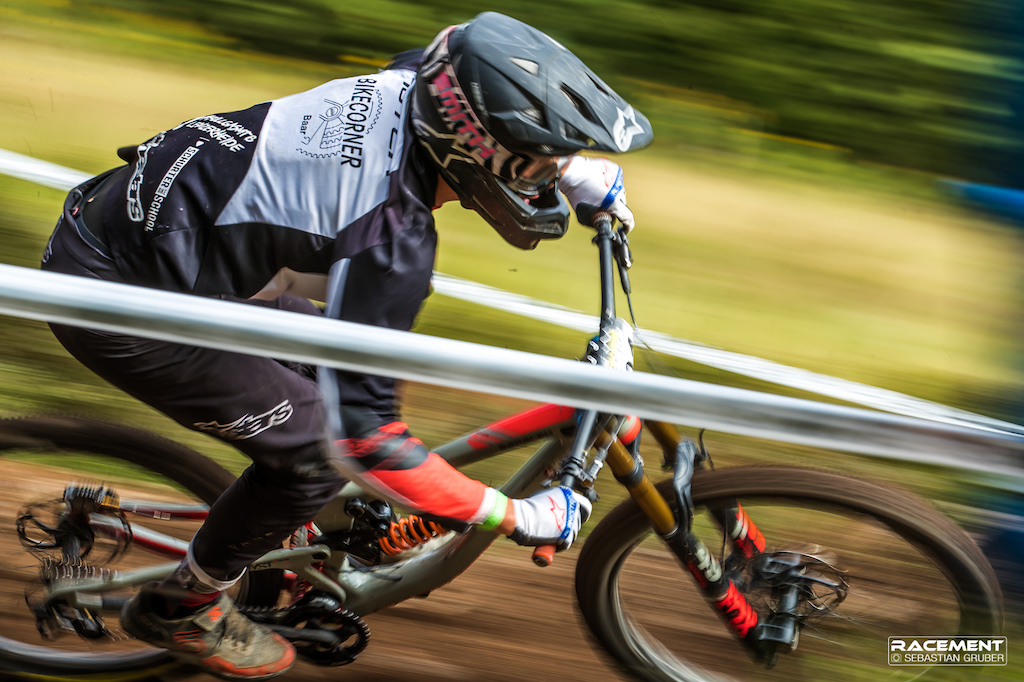 Mike Huter has been regularly on the podium in the Rookies Cup for some time now.

Finals Day
Sunday started again with optimal summer weather. The track had meanwhile been quite blown out, and it was therefore not clear whether the times could be faster than the day before. The training session in the morning was again used well before the finals started at 12.30 p.m. The first starting class was the Boys U13 category. As on the day before, Levin Klausmann (GER - Propain) was able to prevail in this with a time of 2:42.969 minutes, relegating Raoul Schneeberger (SUI - Les 9 Roues) to second place. The two of them have already given a hint that it was quite difficult to undercut the times before the day. 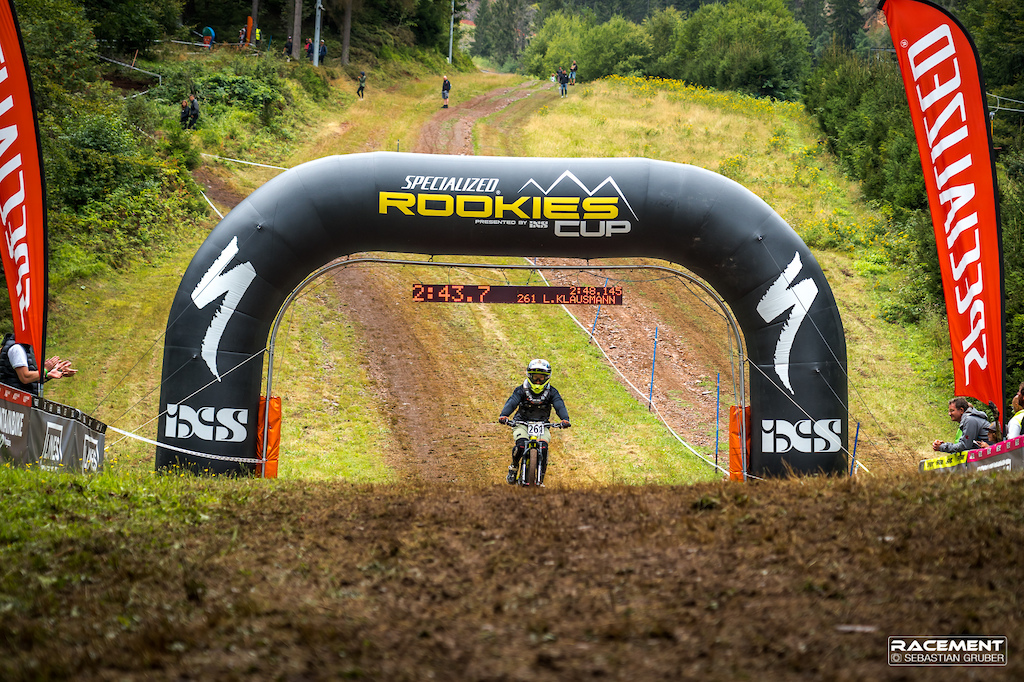 Levin Klausmann with the first win of his young career. 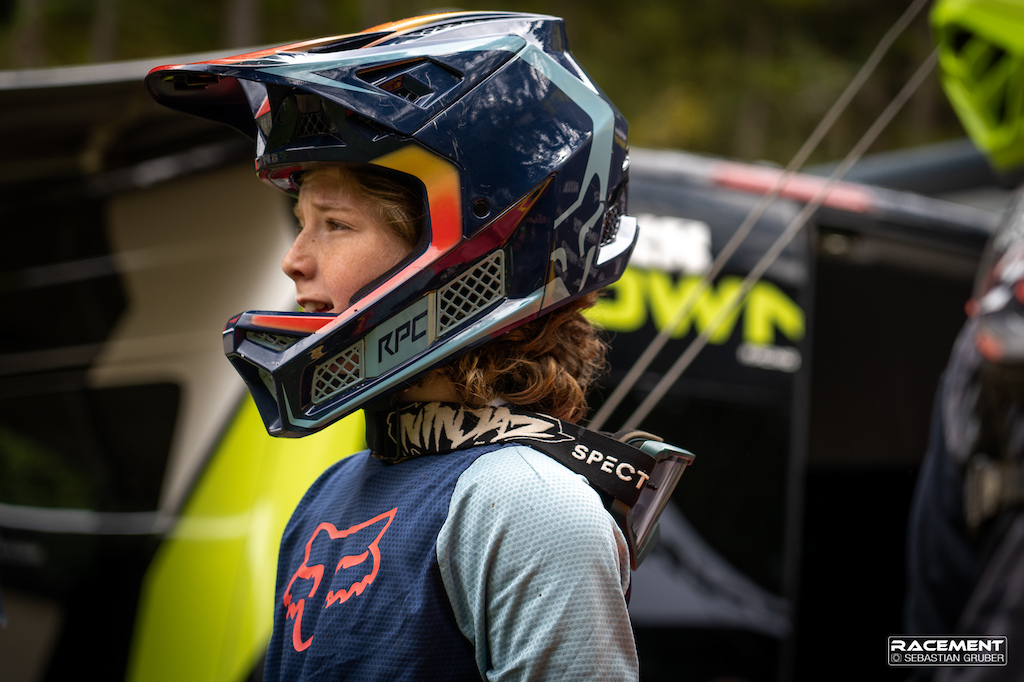 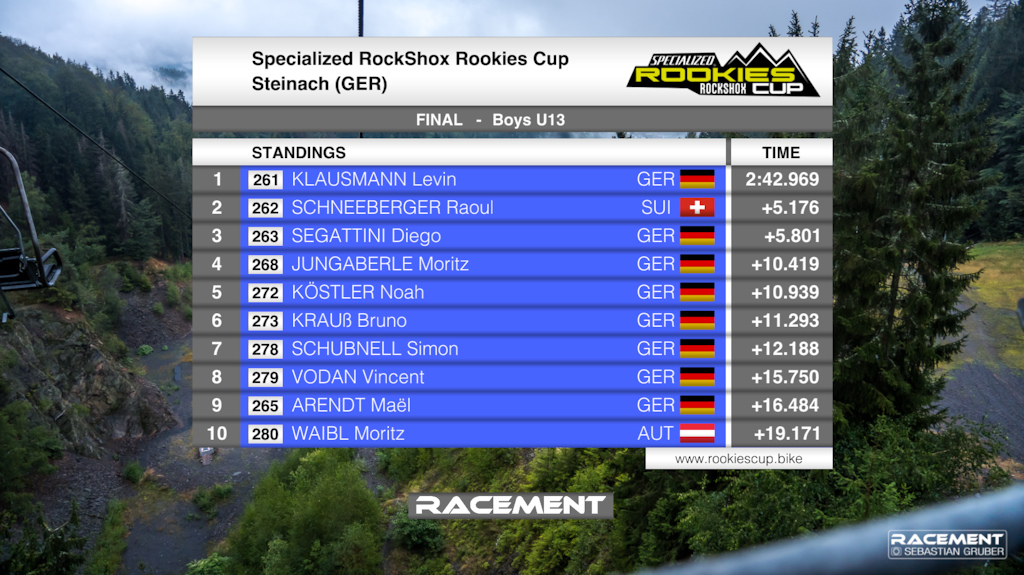 The next class was the Boys U15, in which, as expected, Mike Huter was able to prove his dominance again. With a time of 2:22.183 minutes and almost eight seconds ahead, the Swiss won ahead of Lino Neumann (GER) and at the end of the day even secured the fastest time of all participants. Like in the Seeding Run, Valentin Pohl (AUT) came third. 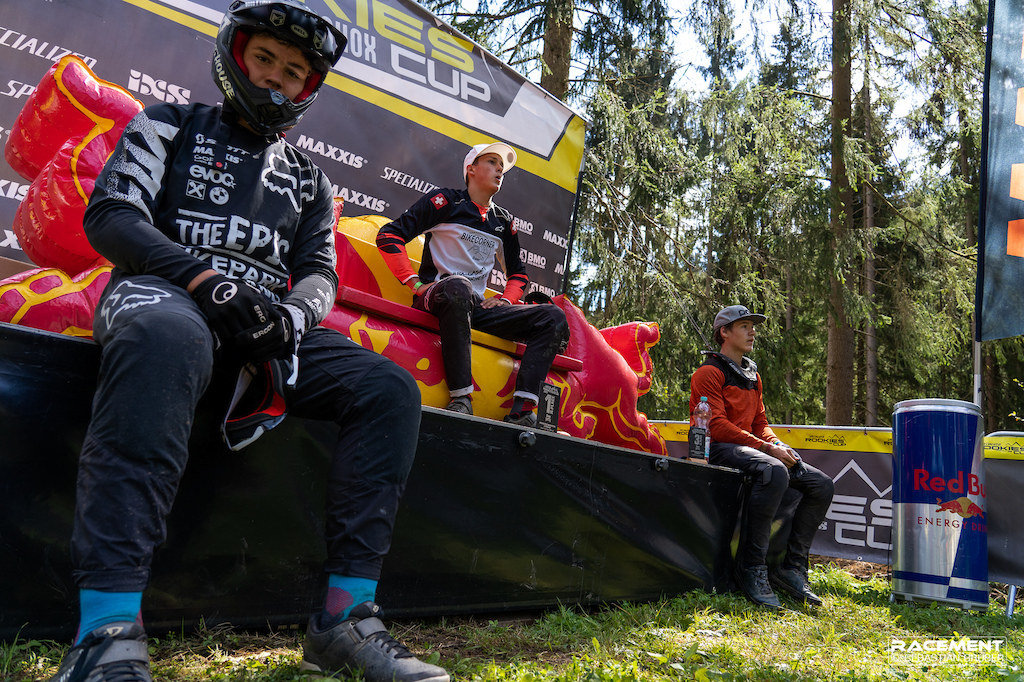 Red Bull Hot Seat with Mike Huter in the middle.
In the following class Girls U13/U15, Maxima Jaax (GER - TSG1847 Leutkirch) won, with 2:52.264 minutes, and was able to beat the previous day's best time by eight seconds. The fastest Seeding Run, Lina Frener (AUT), was able to improve a lot, but then "only" found herself in second place, two seconds behind. 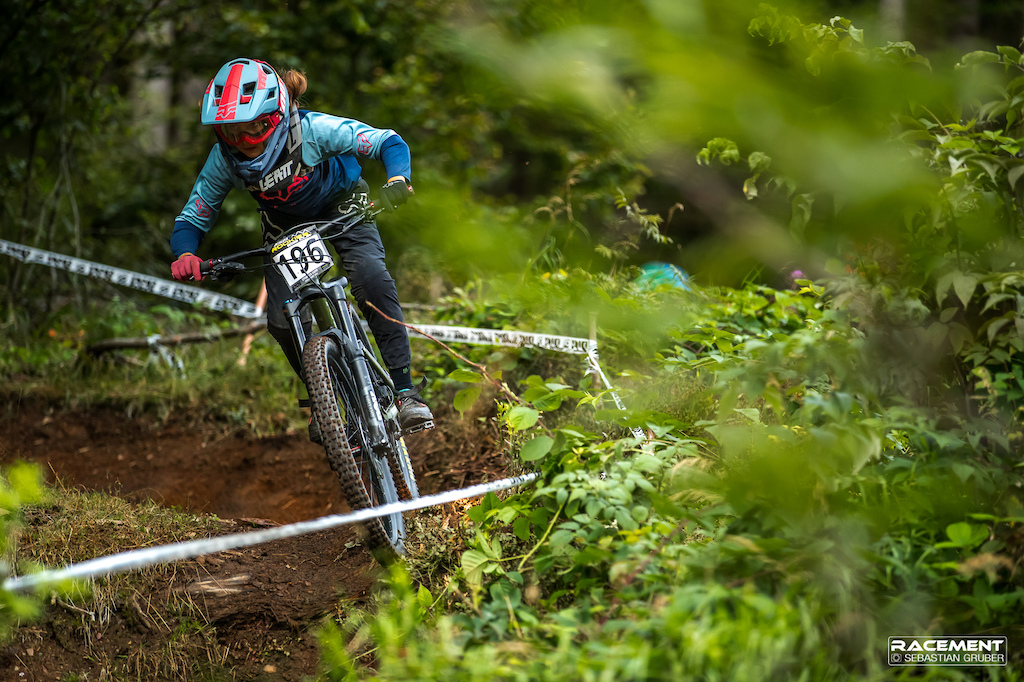 Maxima Jaax took 13-seconds off her Seeding time.
Then the Girls U17/U19 started and, as expected, Vanesa Petrovska (SVK - Deem Racing Team) took the first podium with an incredible 14 seconds ahead of Sophie Onions (SUI - Arosa Bike). Her time of 2:37.476 minutes was the best time of all-female starters, because even Charlotte Germann (GER - Fox Racing Europe), the winner of the Open Women class, could not keep up. 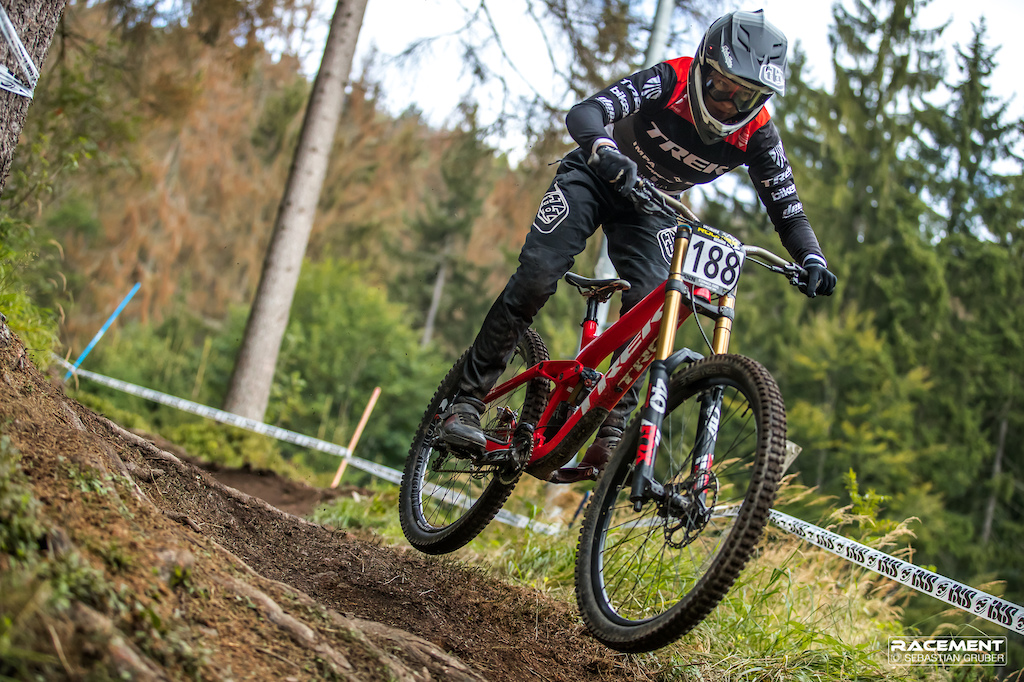 Backing up her top result in the Seeding, Vanesa Petrovska took the win. 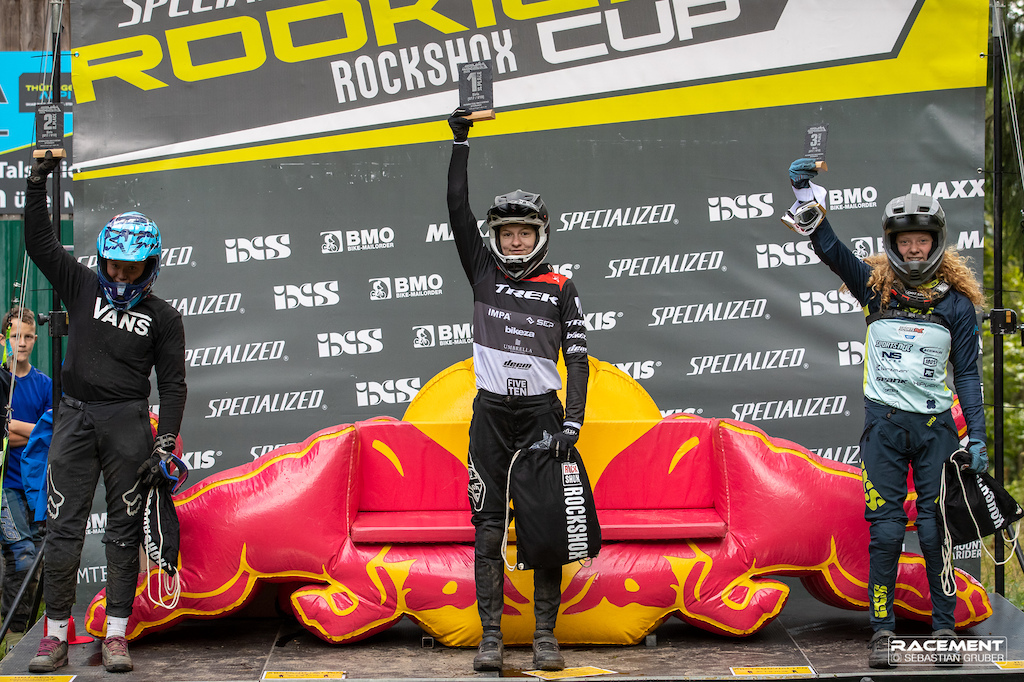 Podium Girls U13/U15 with Sophie Onions, Vanesa Petrovska and Melina Bast (f.l.t.r.).
The Youth U17 class was numerically the largest category with 53 athletes and even if 85 percent of the participants came from Germany, the host nation had to admit defeat to a Dutchman in the end. Luuk Cadée (NED - Team Cadée), who had already competed in three races of the series in the U15 class last year, but could not draw any further attention there, seemed to have brought down a perfect run this time, because with 2:33,614 minutes he delivered one of the very fastest times. Phil Semmler (GER) and Jannis Kompauer (GER) lined up behind him.

In the licensed equivalent of this class, the Pro-Youth U17 category, a familiar name appeared in the top line of the results table. Last year Henri Kiefer (GER - Canyon) started in the Boys U15 class and was in a constant duel with Mike Huter. This year the now 15-year-old wanted to attack in the other iXS races but had to postpone his debut in the higher series a bit. This time, too, his time received a lot of attention. With seven-tenths of a second it was definitely enough for the victory in his class, but not for the best time of the day, because he needed 2:22.193 minutes for the course, which was only a hundredth of a second slower than the time of his eternal rival from Switzerland. In second place in the only licensed class was Robin Novotny (CZE - Cykloklematek Scott DH Team), followed by Jesse Schulte (GER - RC Victoria Neheim). 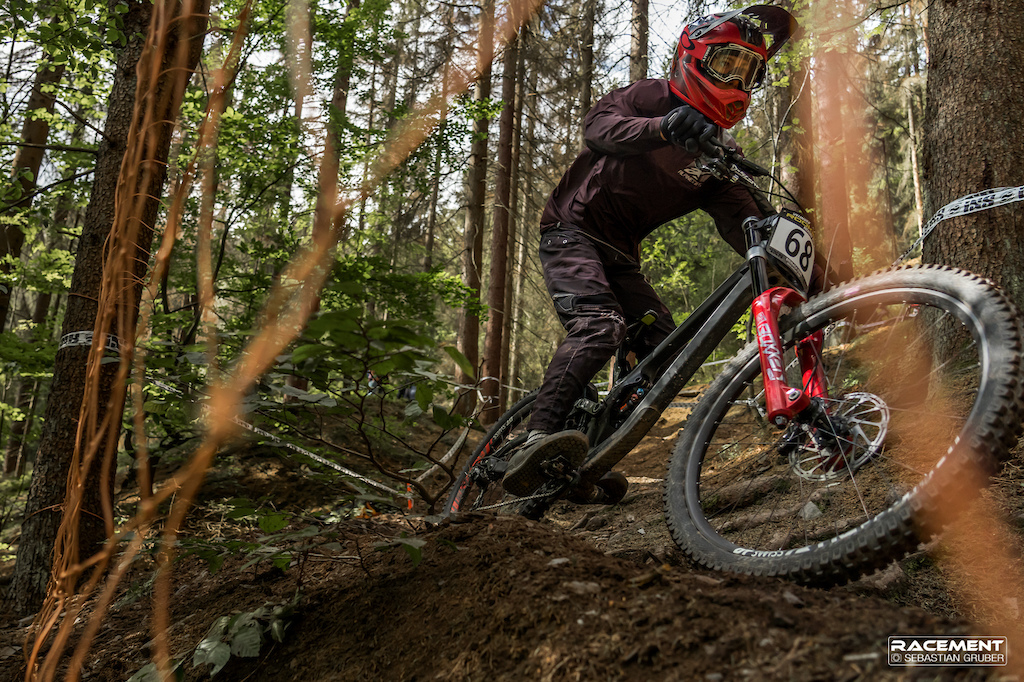 Henri Kiefer was in some fine form for the 2020 season.
So now there was only one class missing, which was the second largest of the race with around 50 drivers. In this, Mike Schmickl (GER - Rad Sport Hügelland e.V.) took the lead, relegating Till Ohlendorf (GER - CasselWorldRacing) and Luis Kiefer (GER - Canyon) to the following places. With that, the race was history and could have been one of the big bright spots of this season in terms of downhill competitions. Steinach has definitely proven his passion for sport and one can only hope that the ideas for expanding the bike park that has been around for a long time will soon be put into practice.