Race Report: Round 2 of the 2021 KwaZulu-Natal Gravity Series - Cascades | Pietermaritzburg

Join Pinkbike  Login
The second race of the 2021 KwaZulu-Natal Gravity Calendar took place over the weekend of the 1st and 2nd of May at Cascades MTB Park in Pietermaritzburg. The event formed the second round of the KZN Regional Round sponsored once again by Greg Minnaar Cycles.

Unseasonable rain the night before race day had riders preparing themselves for a nail-biting slip and slide which would prove to push all 110 riders to their limit, challenging even the most experienced wet weather riders. 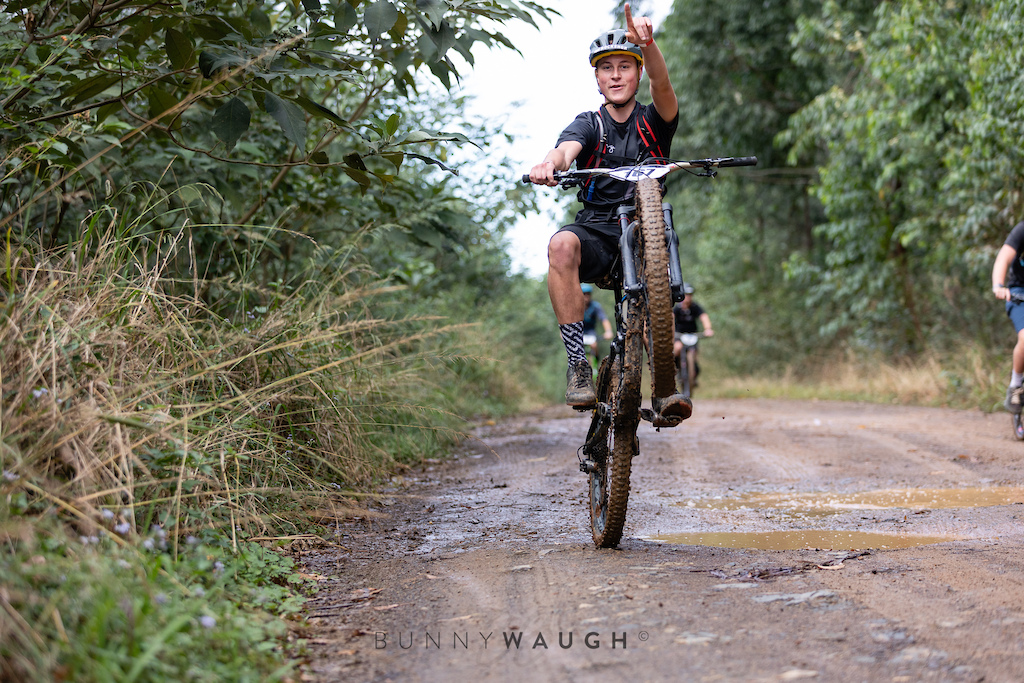 Muddy conditions did not deter riders from taking part in the slip and slide event within the forest of Cascades.

This did not deter from some heated racing however with Stage 2 of the 5 stage Enduro Round 2 using sections of the iconic 2013 World Championships track. Wet weather safety starts dictated some last minute changes to stages, keeping riders on their toes with some interesting new changes requiring some savvy riding. 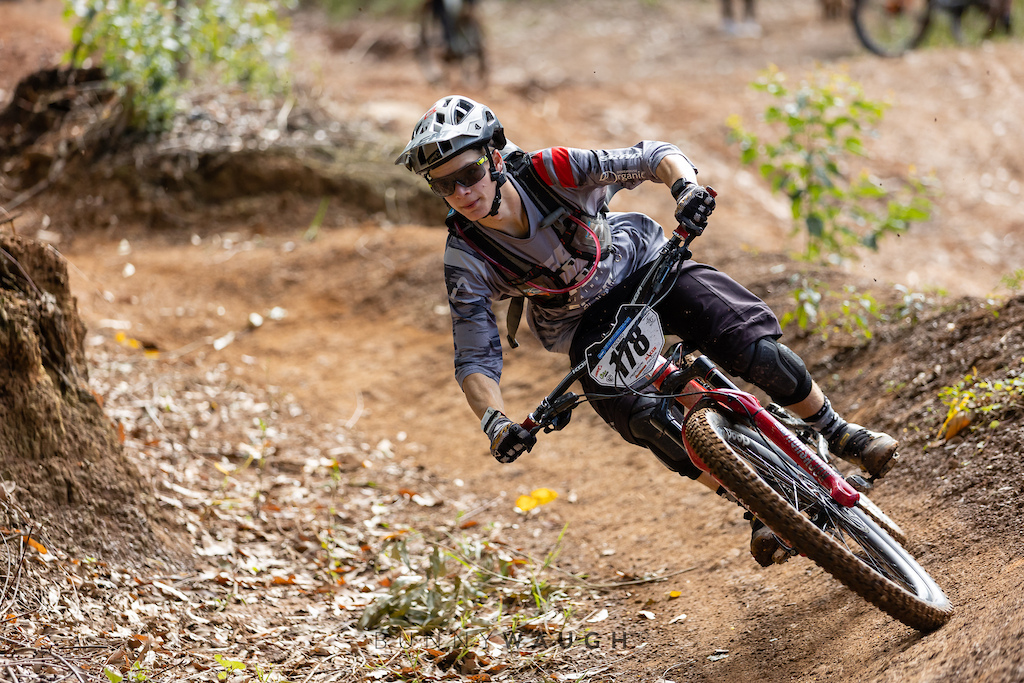 Local Keira Duncan, fresh off a shoulder injury showed the field just how it's done by clinching the tie-1st position alongside Capetonian Theo Erglansen 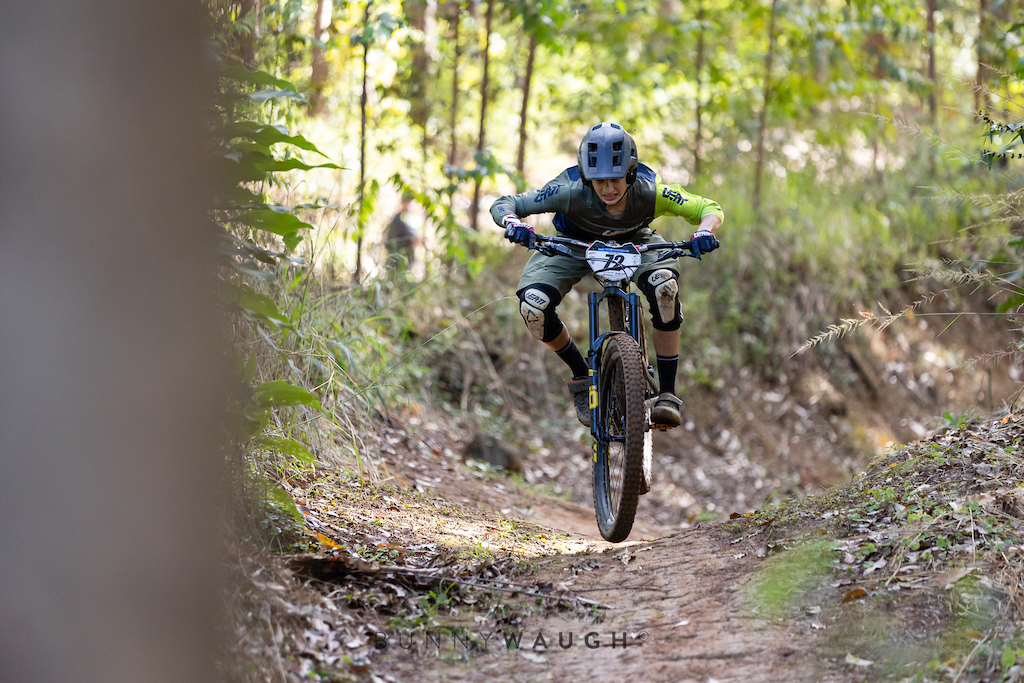 Ross Kew pinning it on Stage 3 to claim 2nd position in Youth and 6th Overall with a scorching 14:54

Stage 3 challenged riders with it’s steep and slippery corners, which the previous nights rain had tuned “SuperTubes” into a literal super-tube ride of mud, and riders were forced to keep upright to keep the pace going. Stage 4 and Stage 5 which wrapped up the race for both the Lite and Full version wound through trees, slick muddy sections, and provided a great opportunity for the racers with mud riding experience to shine over the competition. 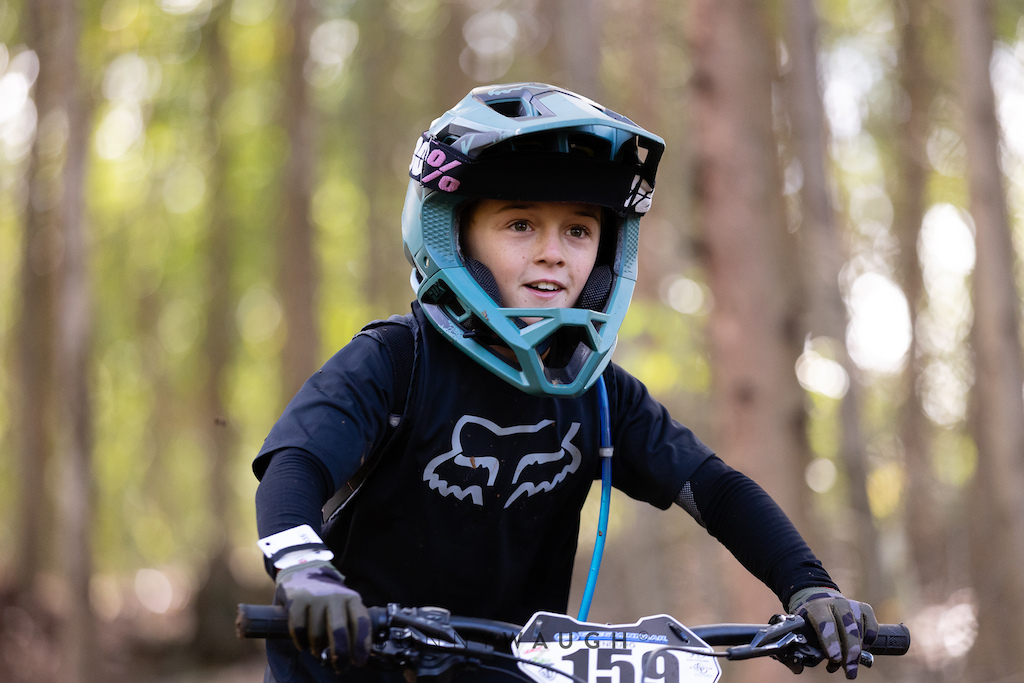 Prizegiving was held at GM Cycles, Greg Minnaars bike shop, on the deck at The Two Wheel Inn, where the service was good and the beers were cold.

As is customary with the Greg Minnaar Cycles Gravity Series, the Downhill followed on the Sunday, with the riders negotiating a slightly revised version of the Pietermaritzburg World Cup Downhill track due to Friday nights rain. Gone were the hard pack trails from the weeks practice, and in their place were countless loamy, slick flat corners that snaked their way down to the signature Cloud 9, Dr Evil and Tables.

Fitness proved to be key in this long track, which by the final results was double the length of overall time from the first round at Giba Gorge in April. 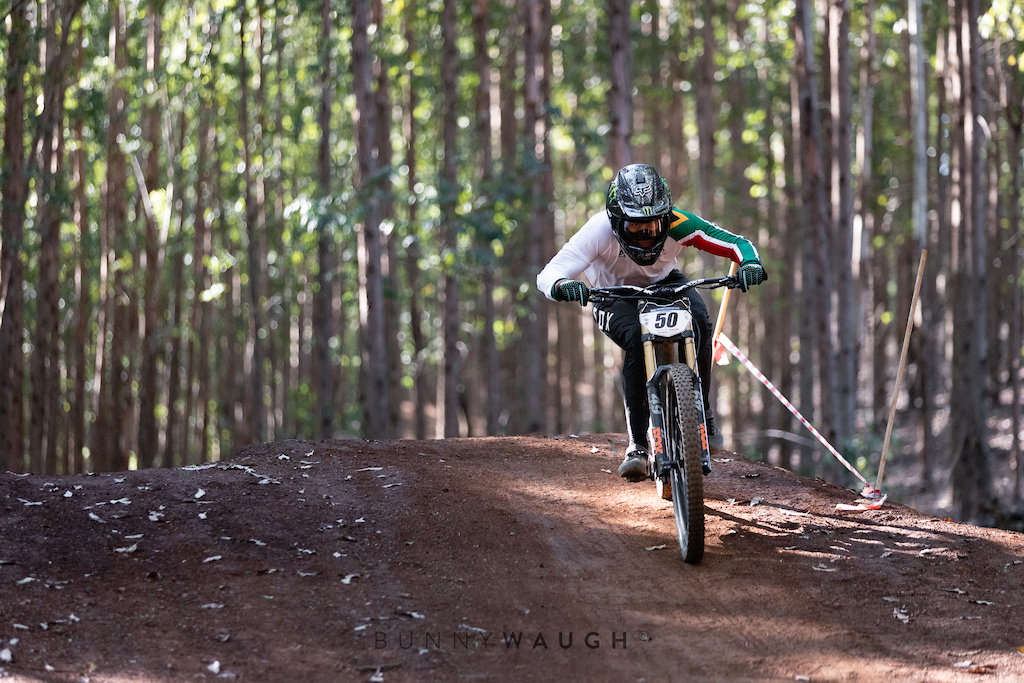 South African Champion Theo Erlangsen threw his hat in the ring, but lost out to series leader Connor Finnis by the time the dust had settled.

This new track mix up yielded some interesting results overall forcing riders to make use of their entire skillset to make it to the bottom rubber side down. 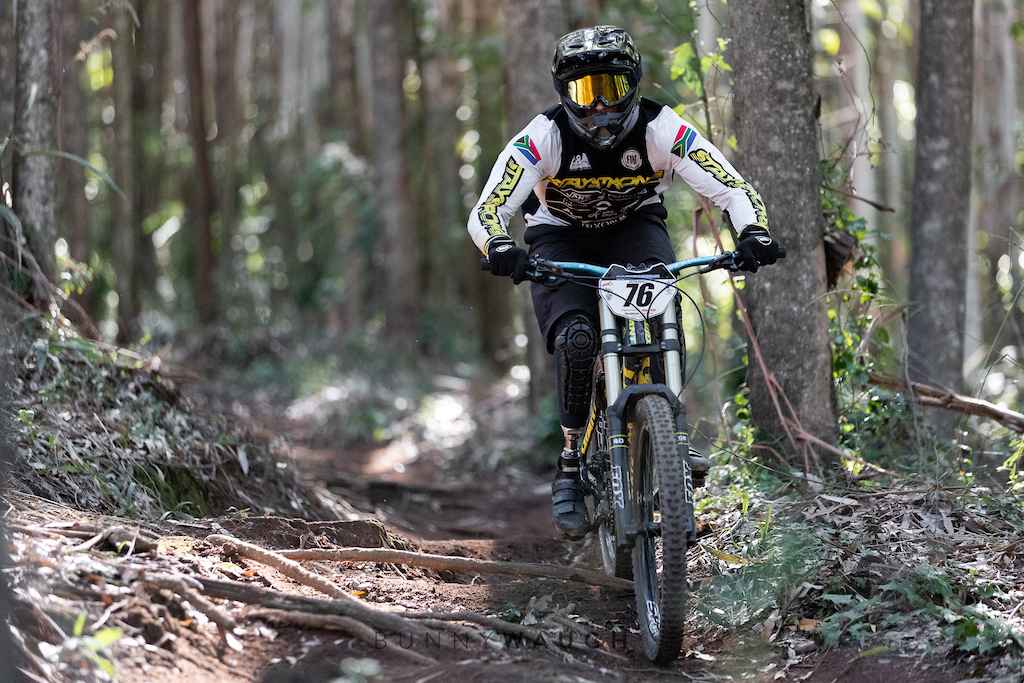 Para-Athelete Chris Hearn showing them all how it's done. Hailing from BMX, this Top 10 in class BMX hero who lost his lower leg to a MX accident retained an outstanding 3rd in the Sub Vet category for the second year running. 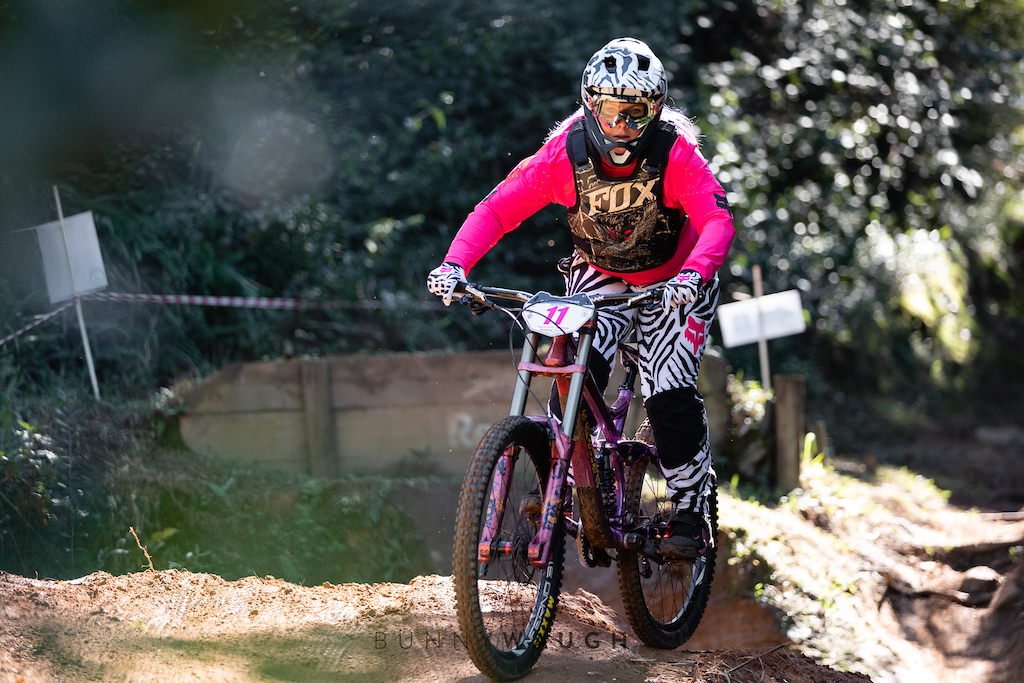 The event saw the return of former Sub-Vet Ladies Champion Joanne Hicks, her debut on her new custom painted Trek.

Prize Giving was once again held on the GMC compound, and we had the Two Wheel Inn spinning as the days top performers were honored.
Only a split of a second separated 1st and 2nd position, with the overall win going to Connor Finnis for the mens. 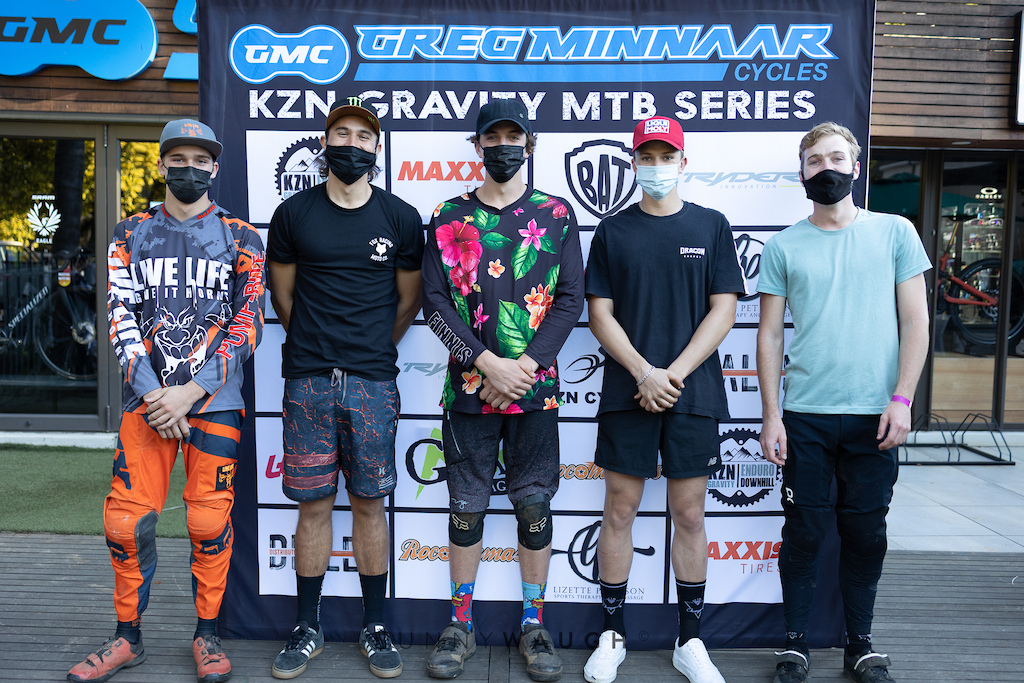