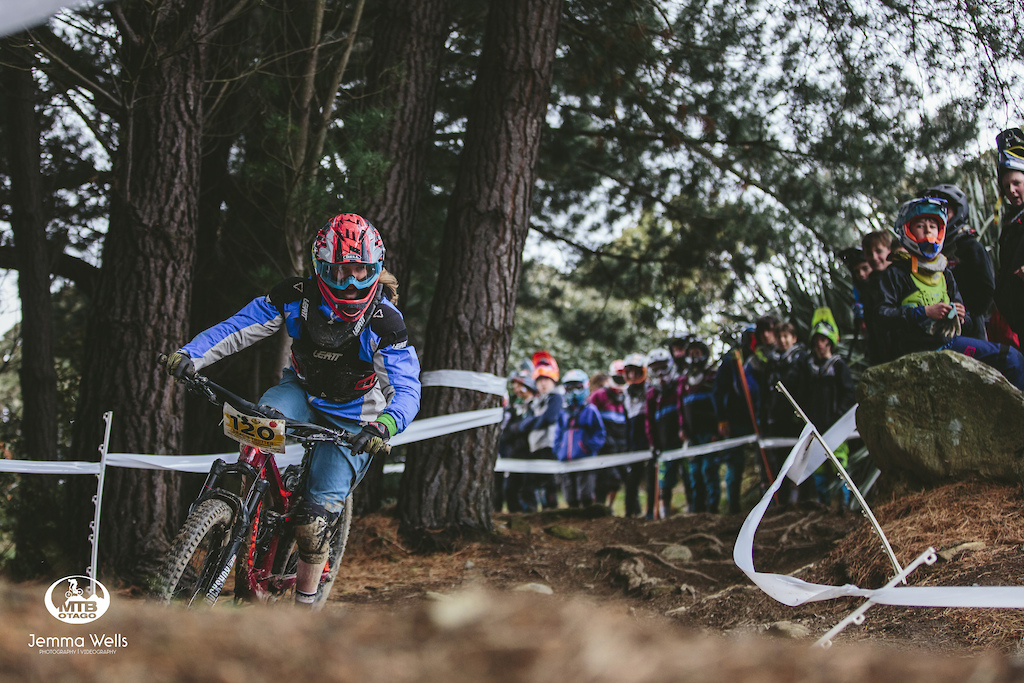 The National Schools Mountain Bike Champs, hosted by Mountain Biking Otago and presented by Evo Cycles, has attracted over 400 riders from an impressive 110 schools around the country.

The first event of the three-day championships featured Enduro racing for the first time, run over five timed stages at the Signal Hill Mountain Bike Park in Dunedin.

The event attracted 333 riders, staged in sunny conditions following several days of wet weather, which forced organisers to change the opening stage because of track conditions.

Todd Ballance (Nelson College), who was second in the amateur section of the New Zealand Enduro last summer, held off national cross-country representative and Youth Olympian Max Taylor (Palmerston North Boys) by just two seconds after the accumulation of the five downhill stages.

However,Indy Hawthorne (Shirley Boys High), who had ridden strongly throughout the accumulated five timed runs, had a mishap with his timing transponder which initially did not register a time. Officials had to recover the data from their system to determine that the Christchurch rider had registered the same accumulated time of 10:35 to share first placing with Ballance in the senior boys. 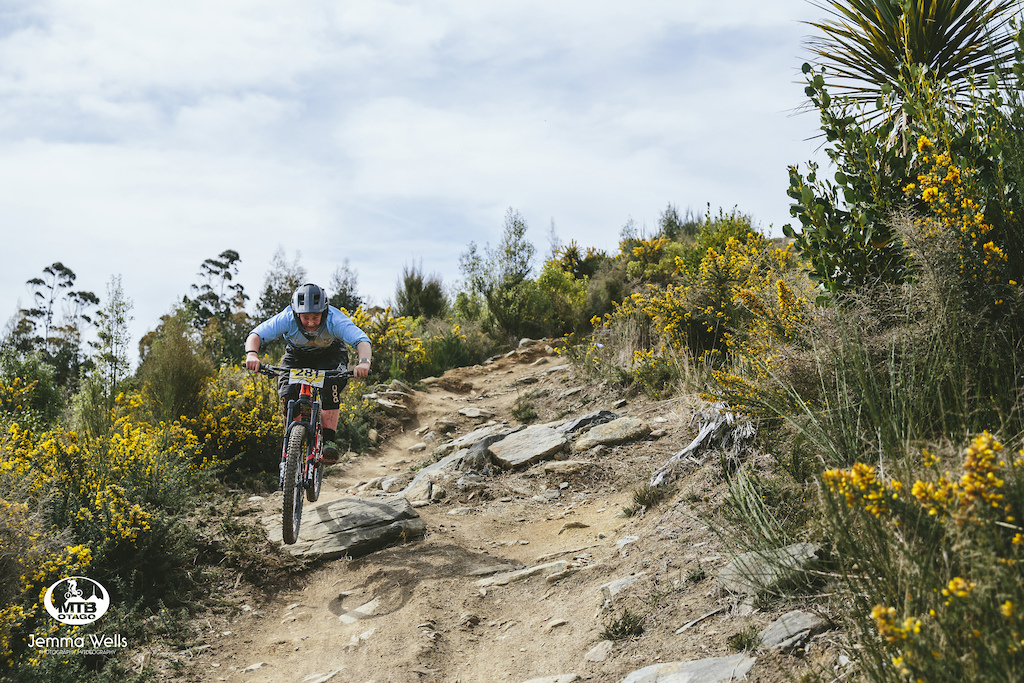 Jake Remon takes on the lower reaches of the 'Ginger Cougar' trail on Signal Hill. 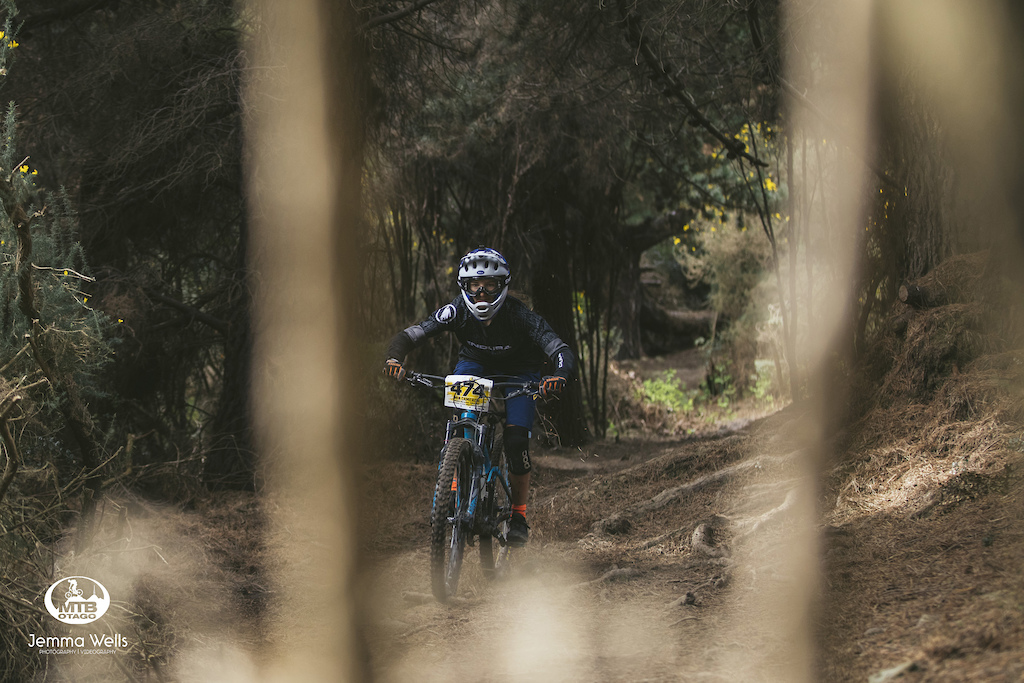 Mia Cameron takes a direct route through 'Moustache Express' on Signal Hill.
Fastest female today was the under-16 winner Rebecca Hufflett (Nelson College) who claimed the honours in 12:23 which was more than a minute faster than any other female rider. She is the current South Island Schools champion over all three disciplines – enduro, downhill and cross-country and is also defending her national schools titles in downhill and cross-country.


The under-16 winner Alex Wayman (St Bede’s College, Christchurch) impressed in claiming the honours in his age group in an accumulated time of 10:47, which was the third fastest overall. 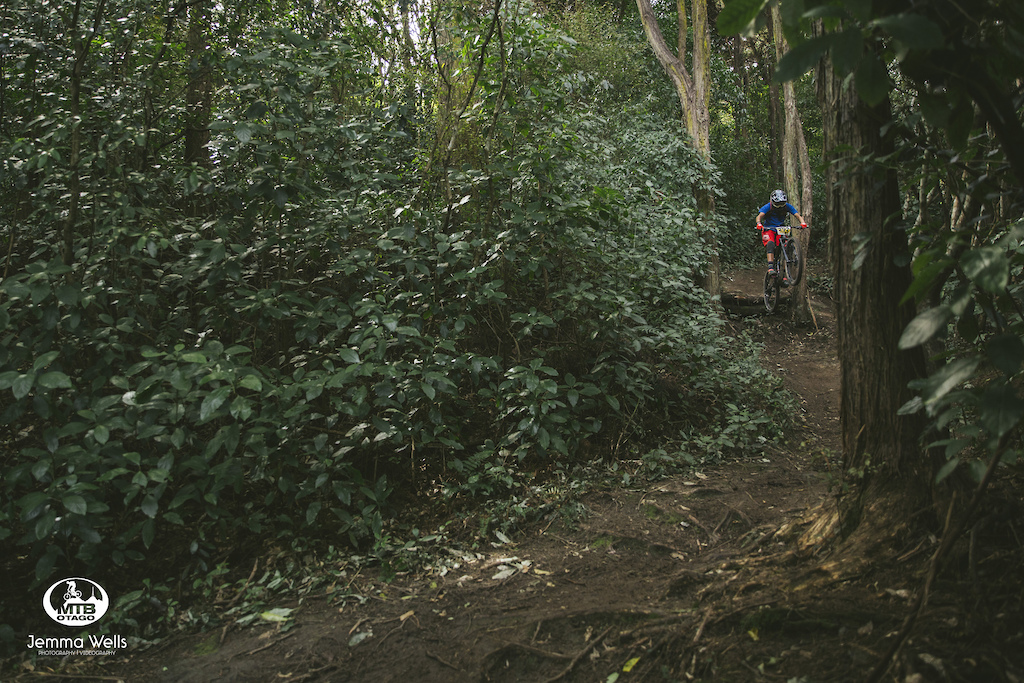 Sheridan King drops into 'Student' track.
Saturday’s racing turns to downhill at the outstanding Signal Hill complex where there is a sell-out entry, with cross-country set for Sunday.

Experience proved the key in the wet and slippery conditions for downhill competition on day two of the National Schools Mountain Bike Championships in Dunedin.

New Zealand under-19 champion Jess Blewett from Wakatipu High School in Queenstown claimed female under-20 title while Wellington’s Albert Snep (Scots College), who competed on the world circuit in Europe this year, won the male under-20 honours.

With riders facing the demanding test of Signal Hill, made more challenging with wet conditions overnight and some rain throughout the day. Jess Blewett held off the challenge to be five seconds clear of Mt Hutt College rider Caitlin Titheridge, who was third in the enduro competition on day one. Snep clocked the fastest time of the day with a 3:19.13 run to finish just over a second clear of Nelson College rider Todd Ballance, a joint winner of the enduro. 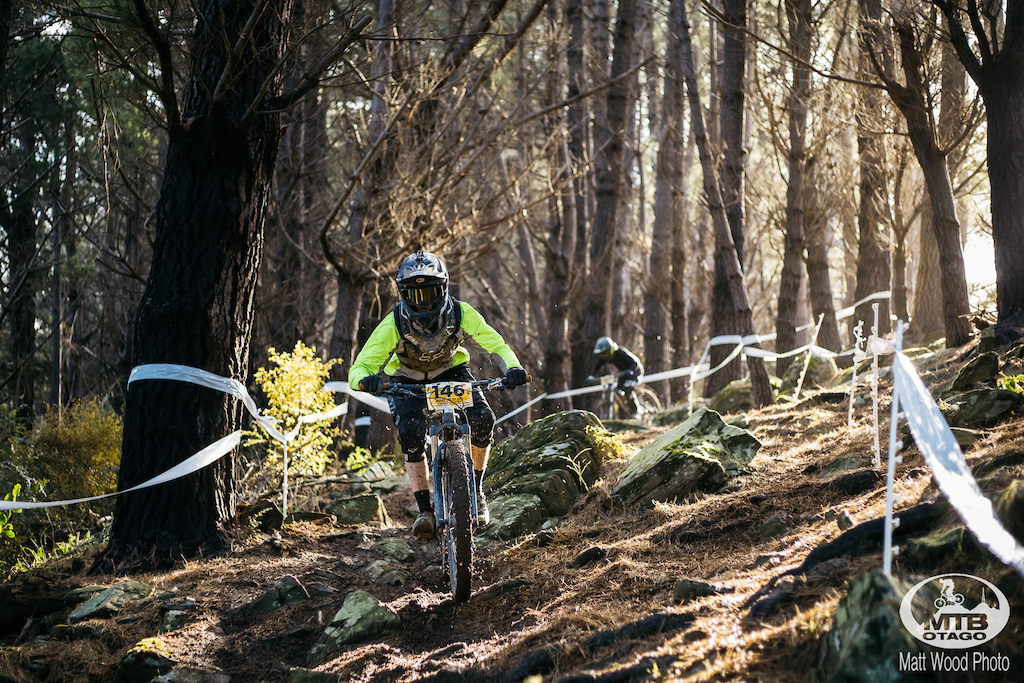 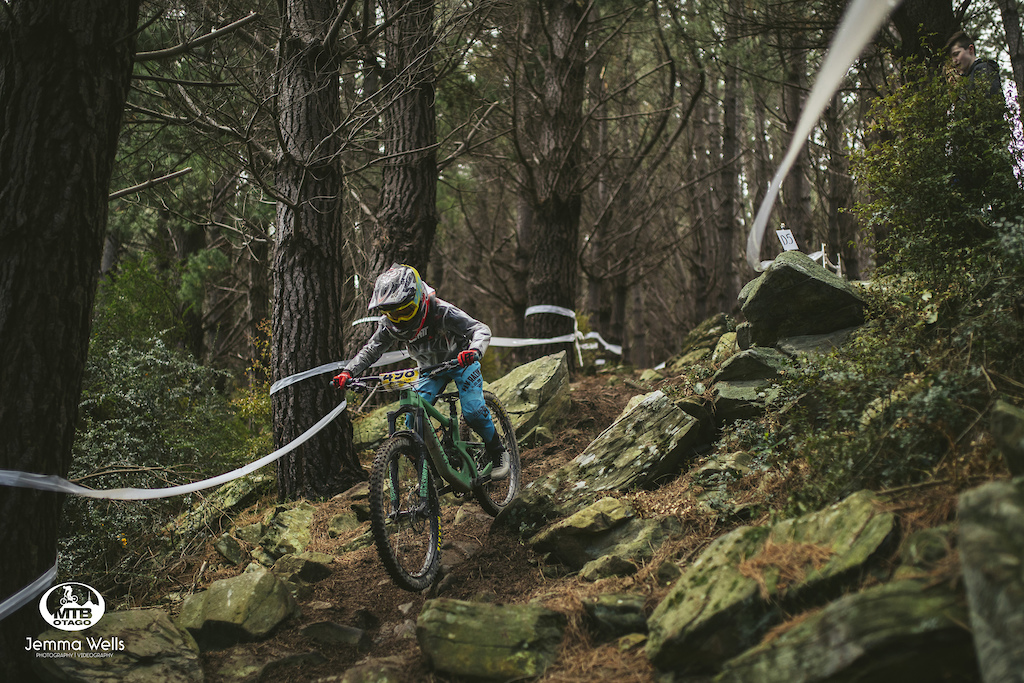 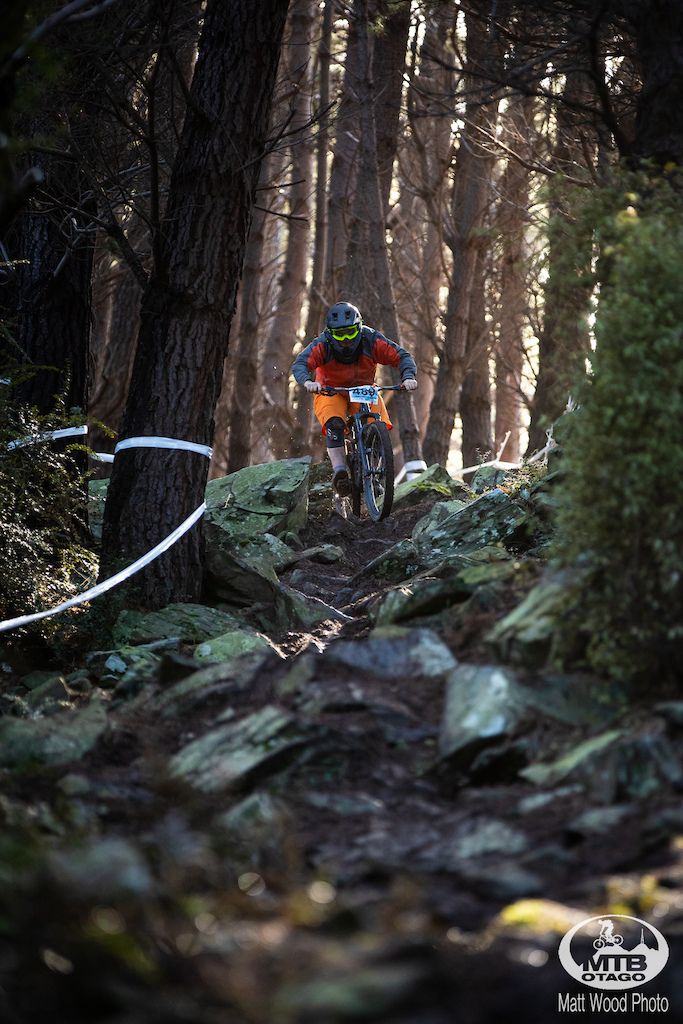 Wanaka’s Kalani Muirhead made it two titles in two days in winning the female under-17 downhill to go with the enduro win on day one. The under 16 winner from last year and current South Island champion dominated her competition in the challenging conditions.

[QUOTE auhtor="Kalani Muirhead"]It started raining just before we went down which made it interesting. The tracks were ok in the rock garden and through the trees they were pretty dry but as soon as you got out into the open it was definitely muddier. I slipped everywhere when I touched my brakes. I had one crash which wasn’t too bad and got down in one piece.[/QUOTE]

Former world BMX age group medallist Sacha Earnest (AGC Parnell) impressed in winning the female under-14 title as did Leah Smith in the under-15 after finishing second in the enduro.

Kaikoura’s Oli Clark was the other double winner, claiming the male under-13 downhill in emphatic fashion after an impressive enduro victory. 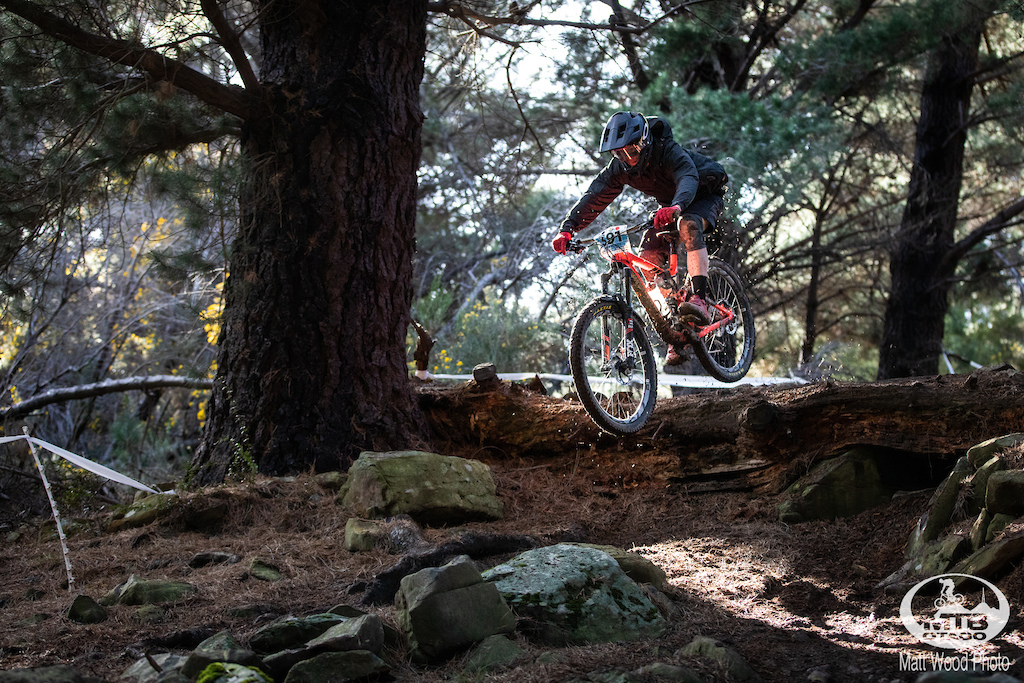 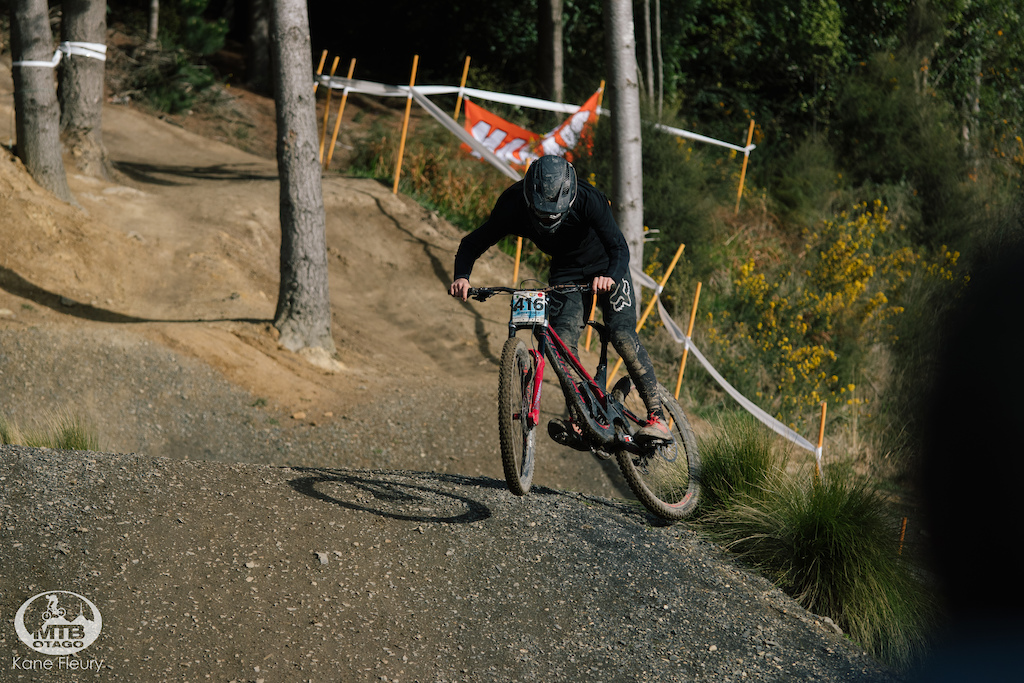 Focus moves to the cross-country on the final day of competition in Dunedin on Sunday.

Auckland senior school champions Poppy Buissink and Sam Buckley took the step up to claim the under-20 cross-country honours on the final day of the National Schools Mountain Bike Championships in Dunedin. 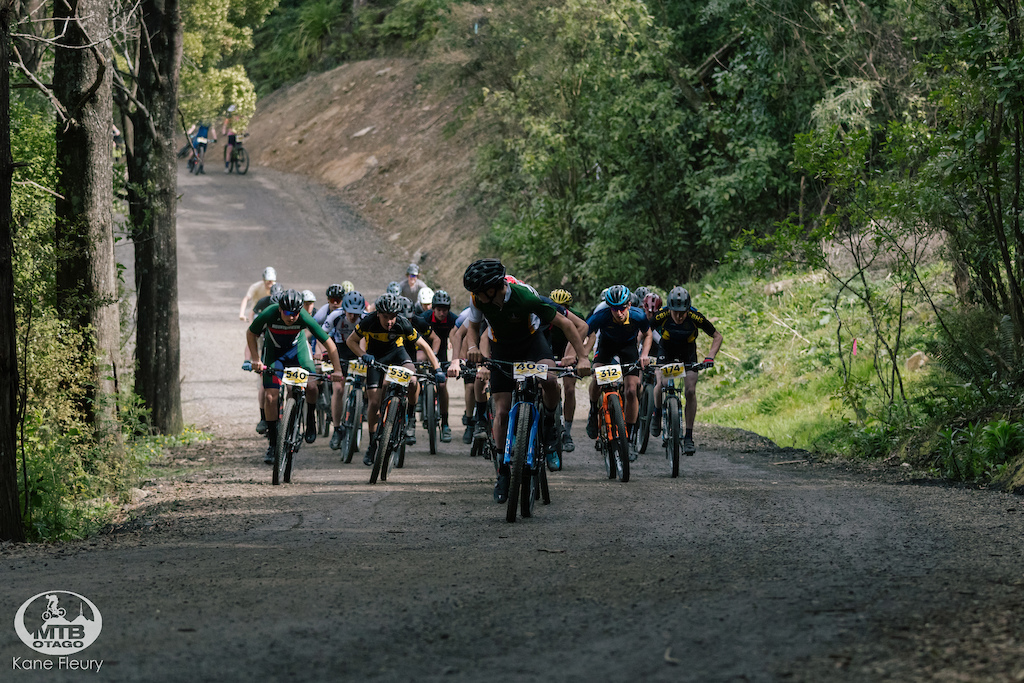 Sam Buckley (Westlake Boys) scored the biggest win of his young career with victory in the under-20 male race today. He went boldly from the start and was never threatened, ultimately finishing 1min 30sec clear of second placed Matthew Wilson with a further 30 seconds to Palmerston North’s Max Taylor, a member of the Subway national mountain bike performance hub. 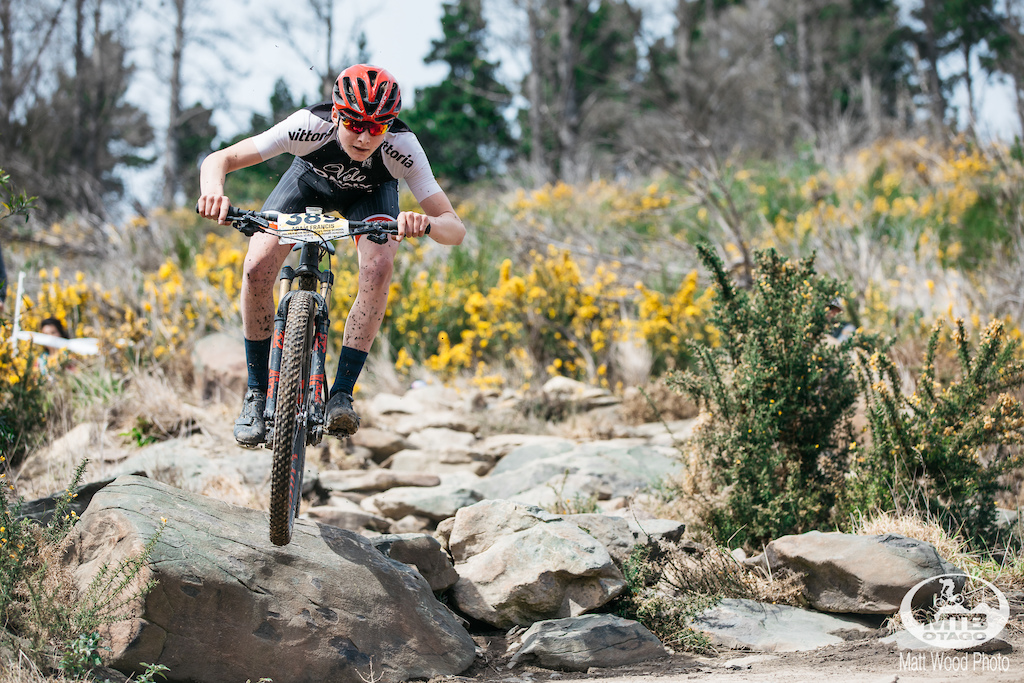 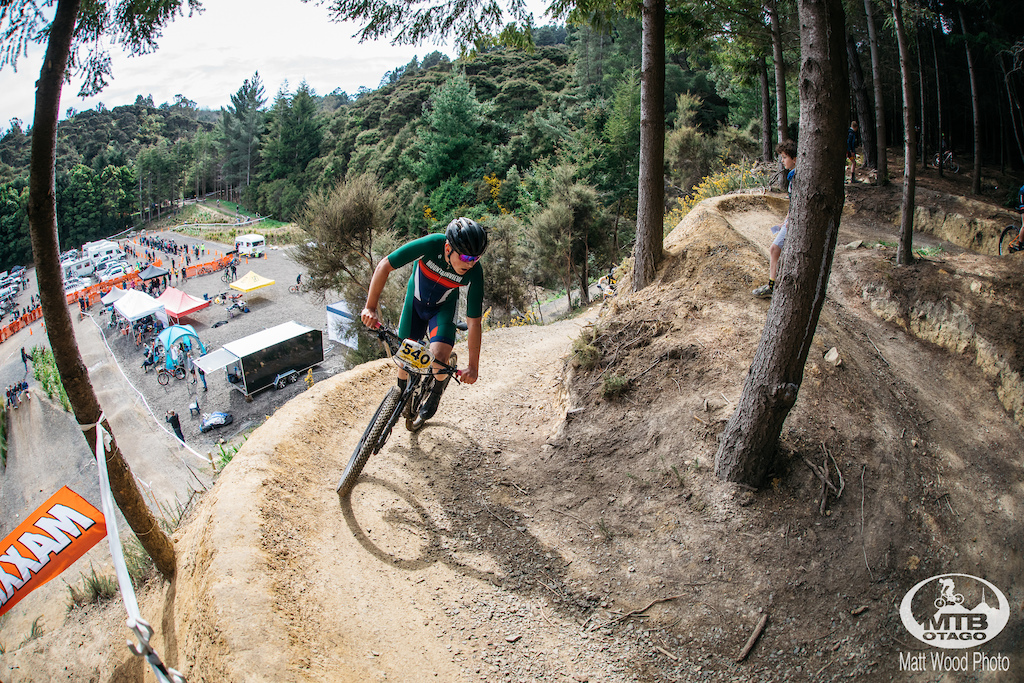 Poppy Buissink, who was runner-up last year, capped off a superb weekend with a dominant display in the cross-country to go with her win in the enduro and runner-up in the downhill. The Epsom Girls Grammar rider finished five minutes clear of school-mate Sarah Harvison with a further two minutes to Emma Cunningham from Taieri College. 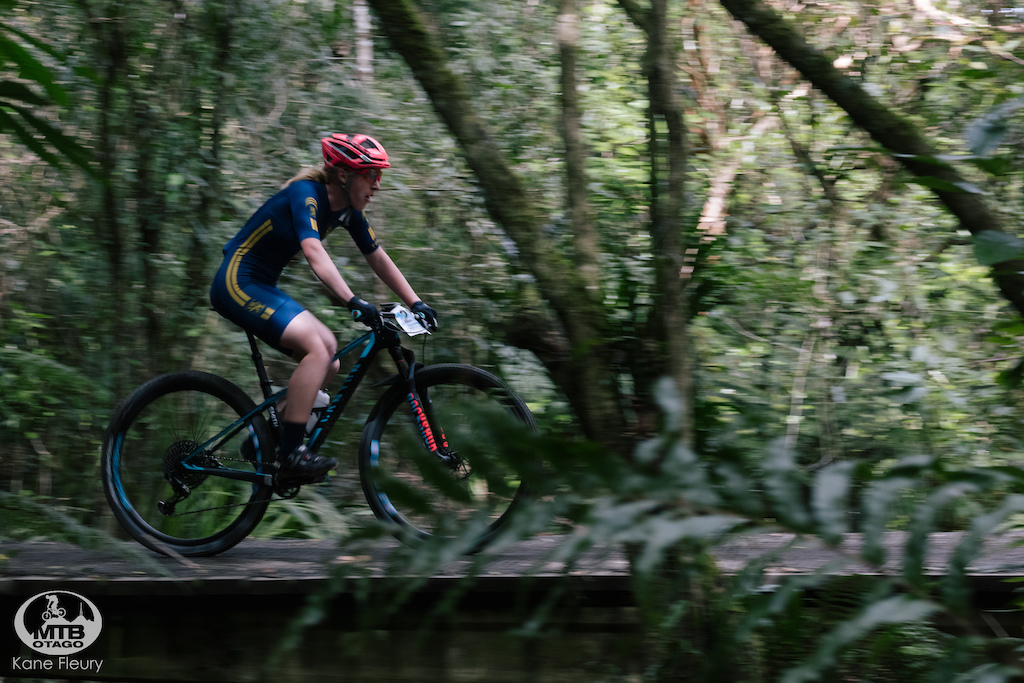 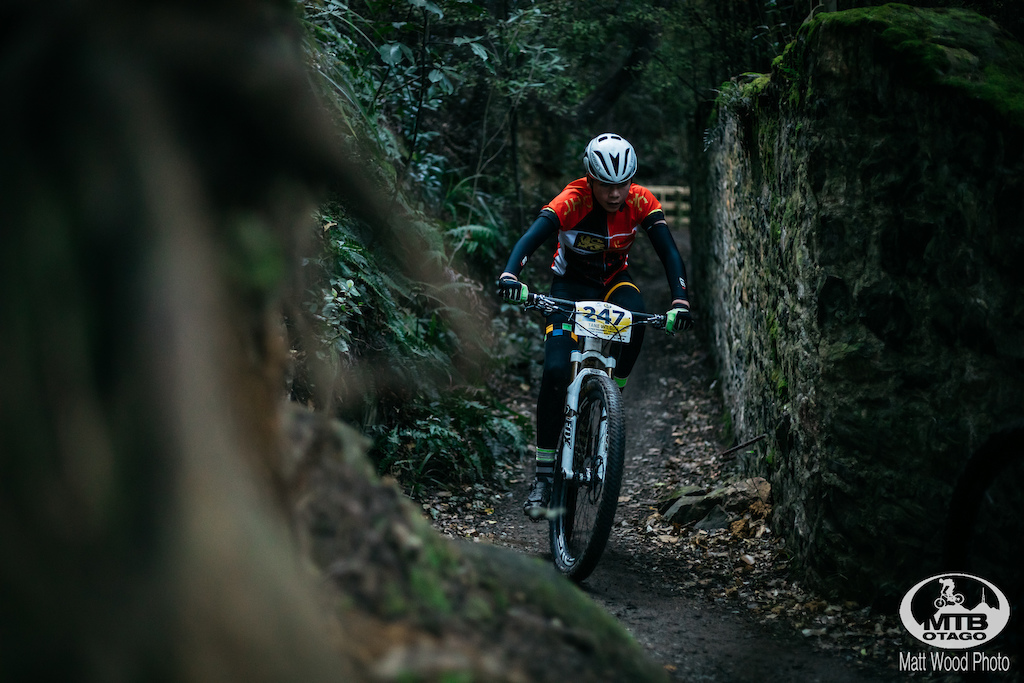 One of the classiest rides came in the under-17 boys race with Darfield College rider Ethan Rose winning in 1:11.59. The New Zealand under-17 champion finished 1min 30sec ahead of Adam Francis (Palmerston North Boys) with North Canterbury’s Jacob Turner (Rangiora High) third.


Christchurch’s Amelie Mackay (Cashmere High) needed a major effort on the final climb of the last lap to haul in Greymouth’s Emma Wilson (John Paul II) to win the under-17 girls.]

In other notable performances, the Grey sisters from Cambridge made it a family double with last year’s under-14 winner and the national under-15 champion Seana claiming the under-15 title comfortably while sister Caoilinn claimed the under 13 honours by a whopping eight minutes.
Nelson’s Rebecca Hufflett completed a trifecta of results with third in the under-16 cross-country with her win in the enduro on day one and second placing in the downhill on Saturday.

The under-16 victory went to Christchurch’s Annabel Bligh (Cashmere High) to back up her strong performance in finishing second in the New Zealand championships in the under-17 category at Rotorua earlier in the year.

Other younger riders showed progression from last year, led by Milla Phipps (Rotorua Lakes) winning the under 14 honours after taking out the under-13 grade last year

One of the standout performances was the win by Motueka’s Ethan Woods in the under-15 race, despite three crashes during the race. He fought back to beat off the challenges of Maui Morrison (Cambridge High) and Max Preece (St Peters Auckland), who finished first and second in the under-15 race at the national championships.

Christchurch’s Zakai Hedges, runner-up in the South Island championships, scored an impressive win in the under-16 race over last year’s under-15 champion Cameron Beck (John Paul College) in an excellent race. 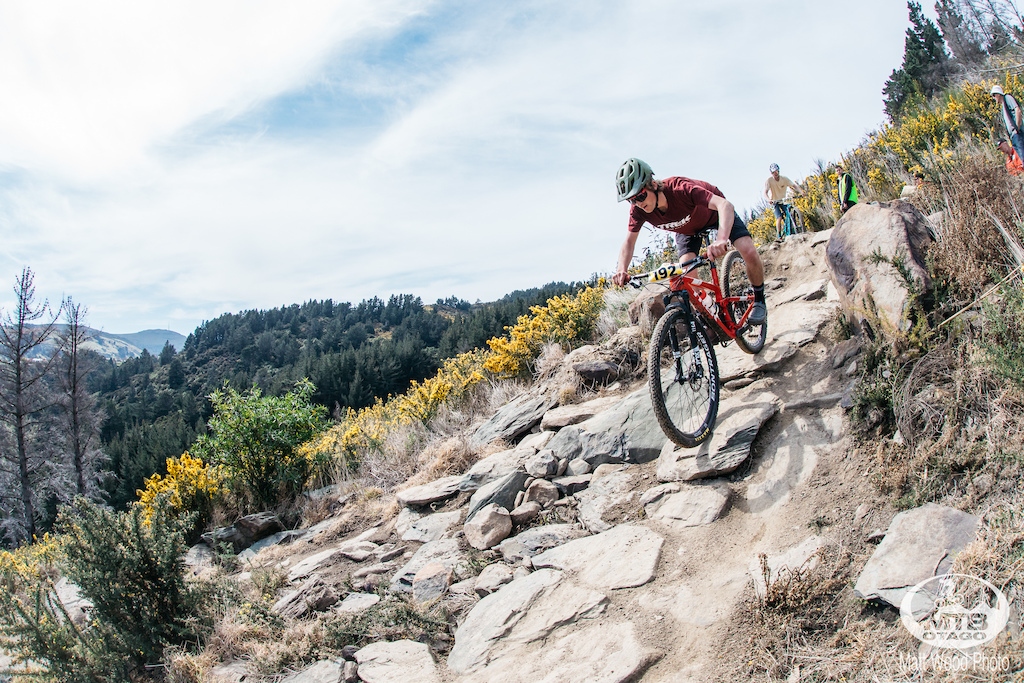